I have determined that Halloween is exhausting.

But seeing the sparkle in our boys’ eyes as they parade around in their carefully picked out costumes is somehow worth all the chaos and sugar overload.

As per tradition, the festivities launched with trunk-or-treat at church over the weekend. Our Primary organization was in charge of the event again this year, which meant that I was running around all day, setting up the gym for 220+ people, making sure we had enough chili, scarfing some down myself so I could help run the games, and eventually cleaning up the popcorn mess that was spread throughout the gym. In between all of the behind the scenes event planning, I managed to go around the parking lot once with the boys to encourage them to load up on candy. 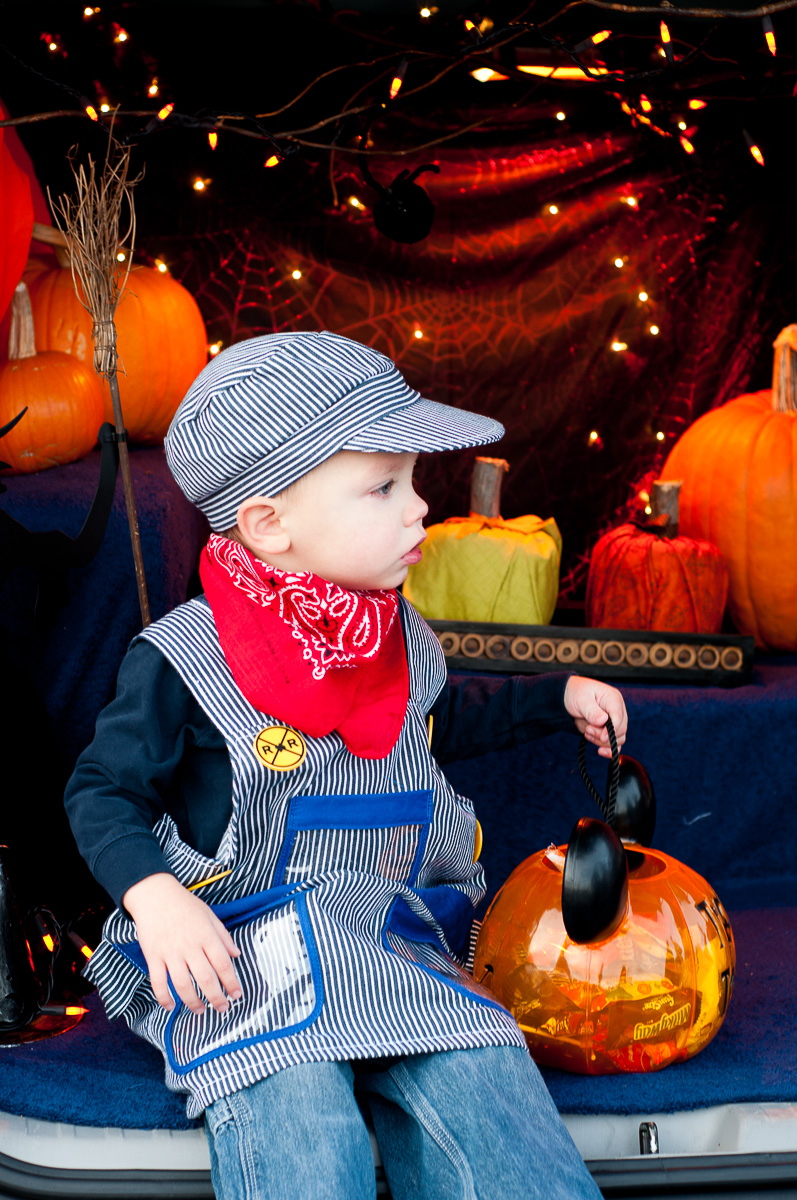 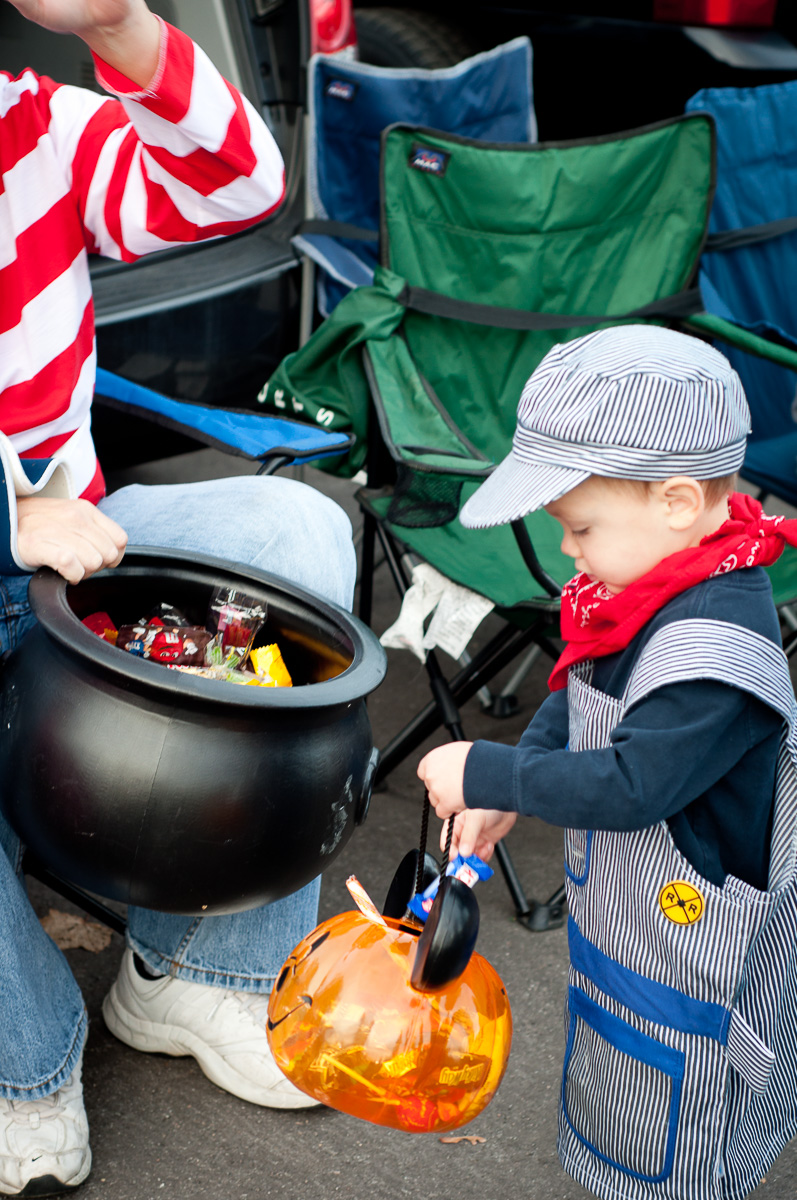 I can’t take credit for our trunk decor. It was about the lowest task on my priority list this year, but my brother lives for these things. He came up an hour before the event and rigged up my whole trunk with lights and random Halloween paraphernalia he found throughout the house. 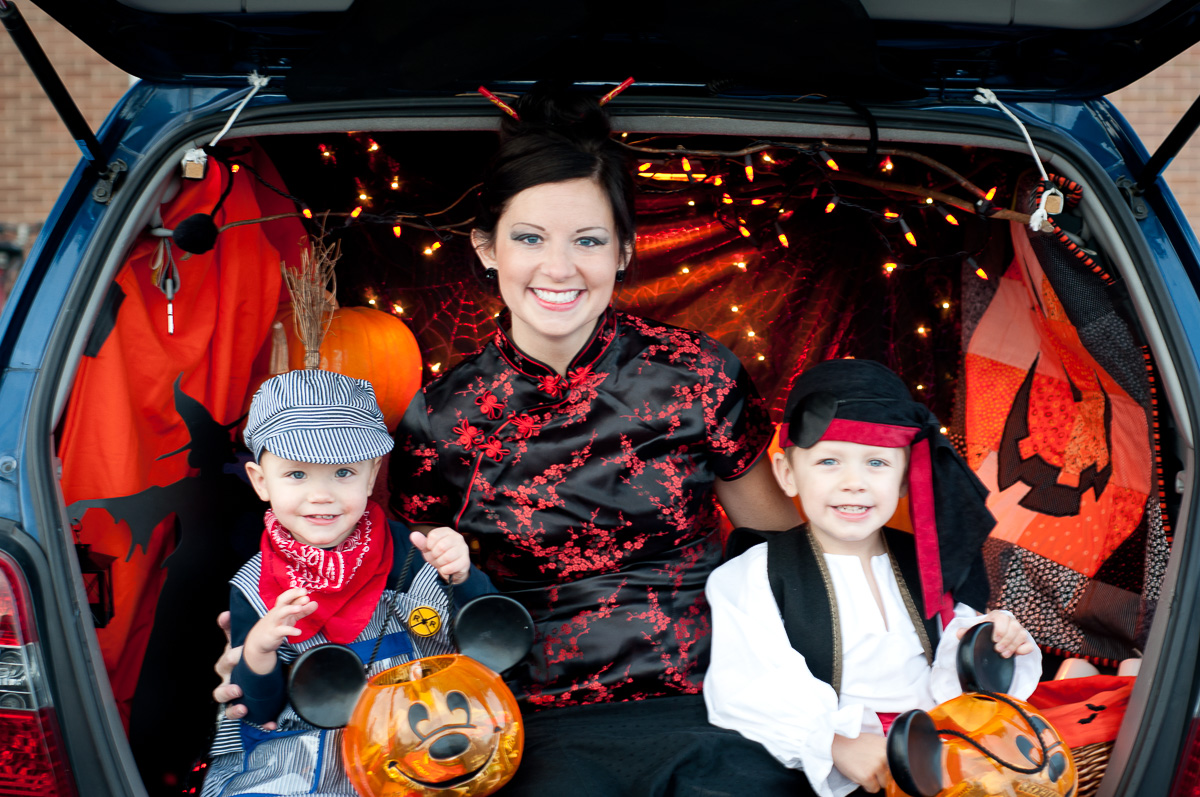 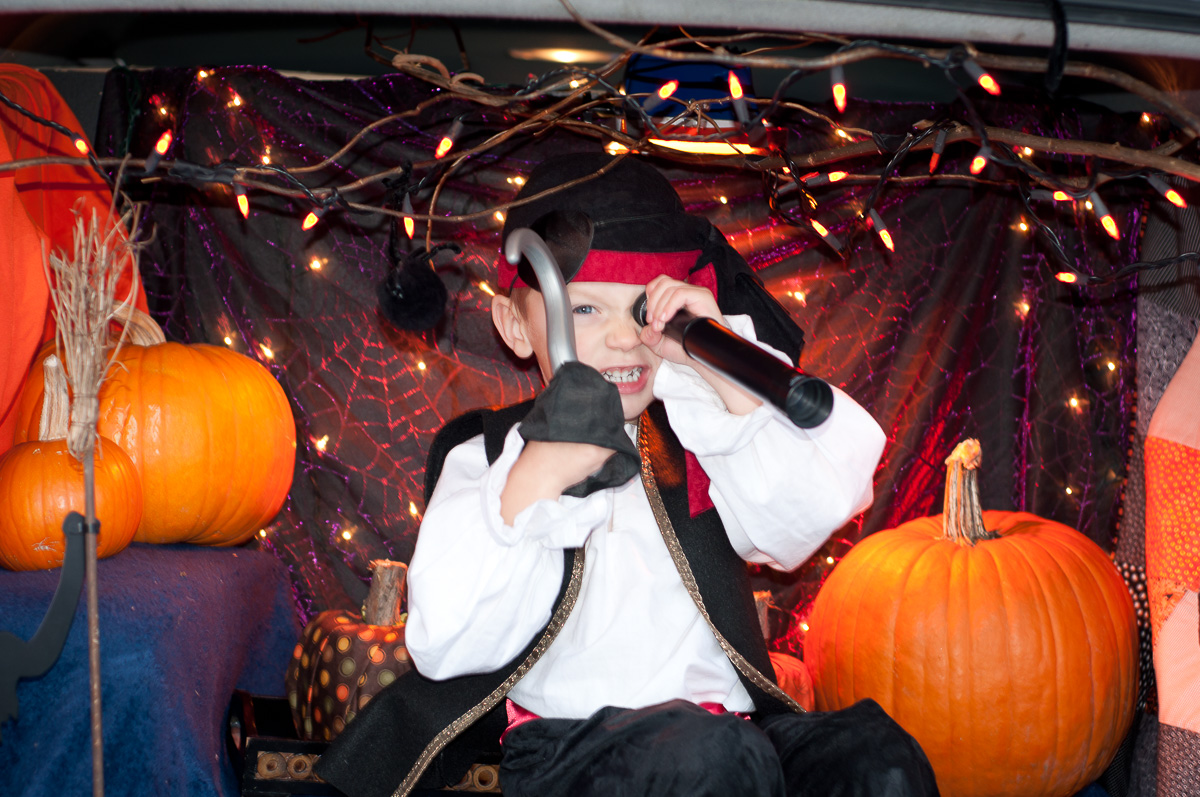 My sis-in-law sat back while he went to town on the trunk and then rocked a pretty sweet look at the party.

Steph, Julee and Bre, my friends that have been my rock the last few months. 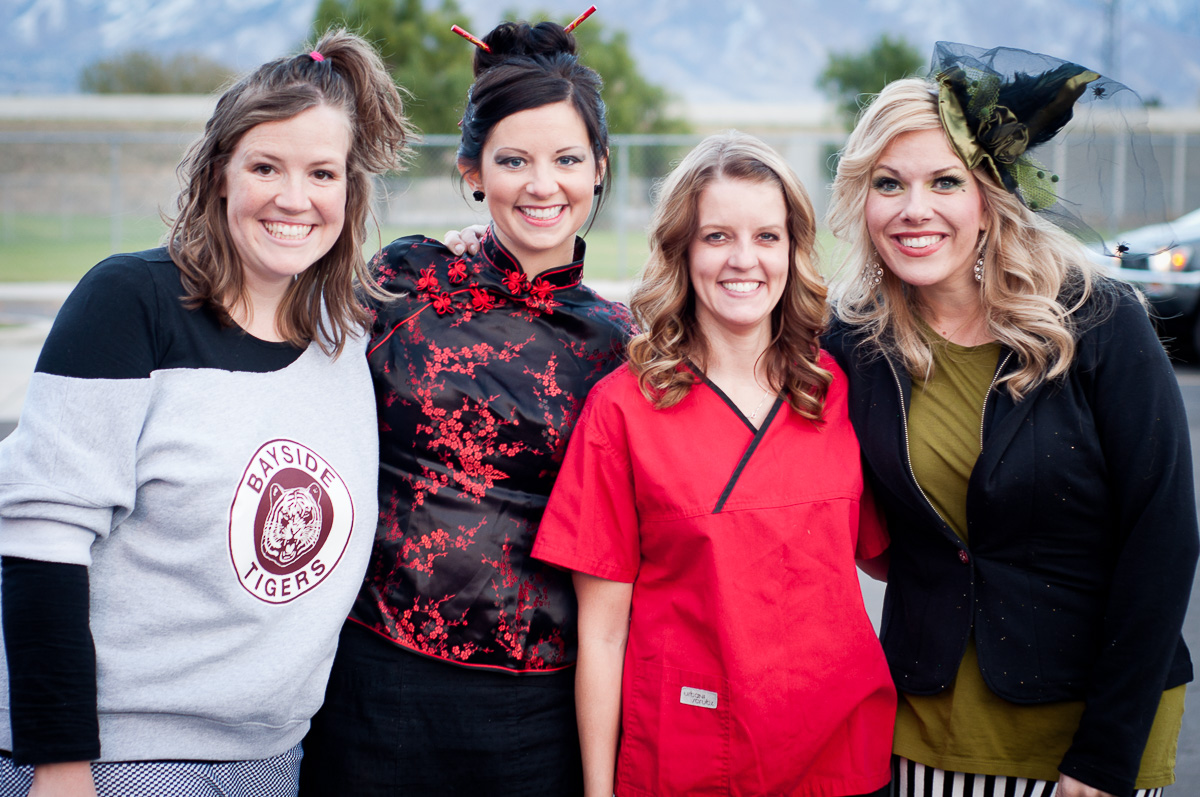 Second on the Halloween agenda was the preschool celebration. We watched those cuties parade around the gym in their costumes. 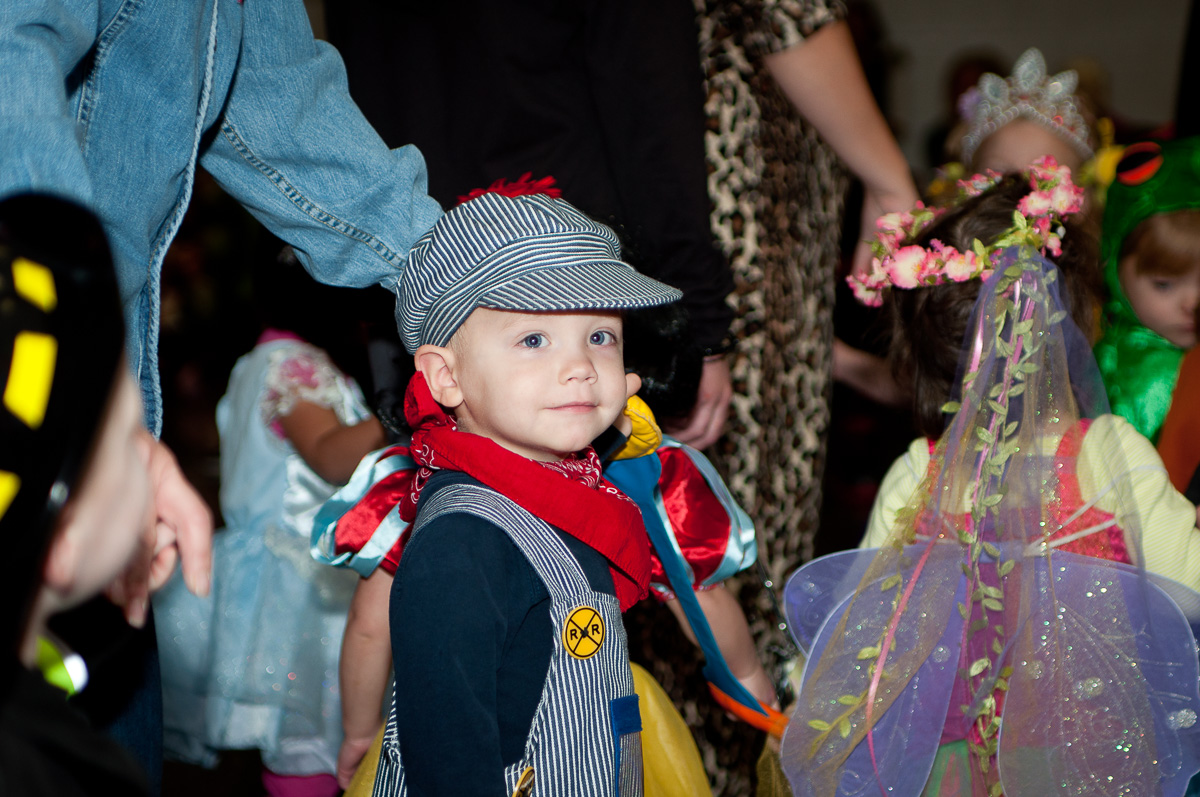 Blake’s class performed an array of spooky songs. I’ve pretty much heard them on repeat at home for the last month. At least I know he’s paying attention during music. 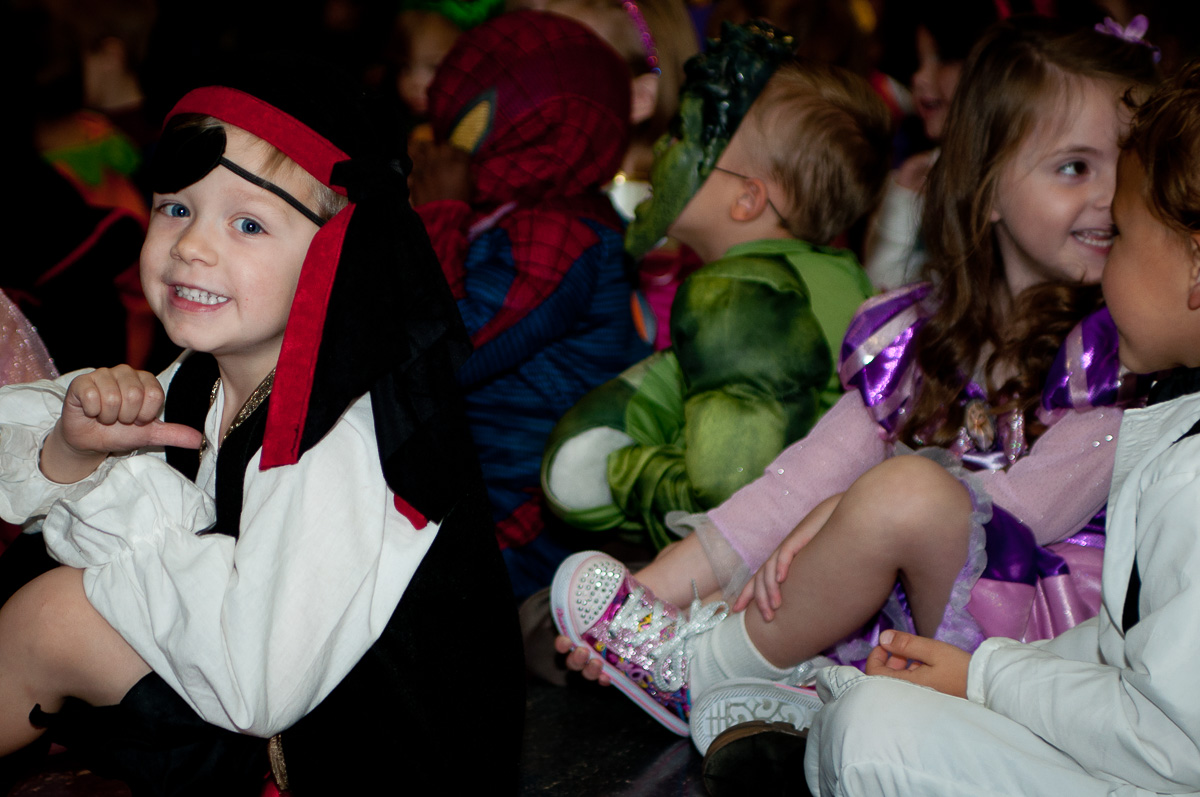 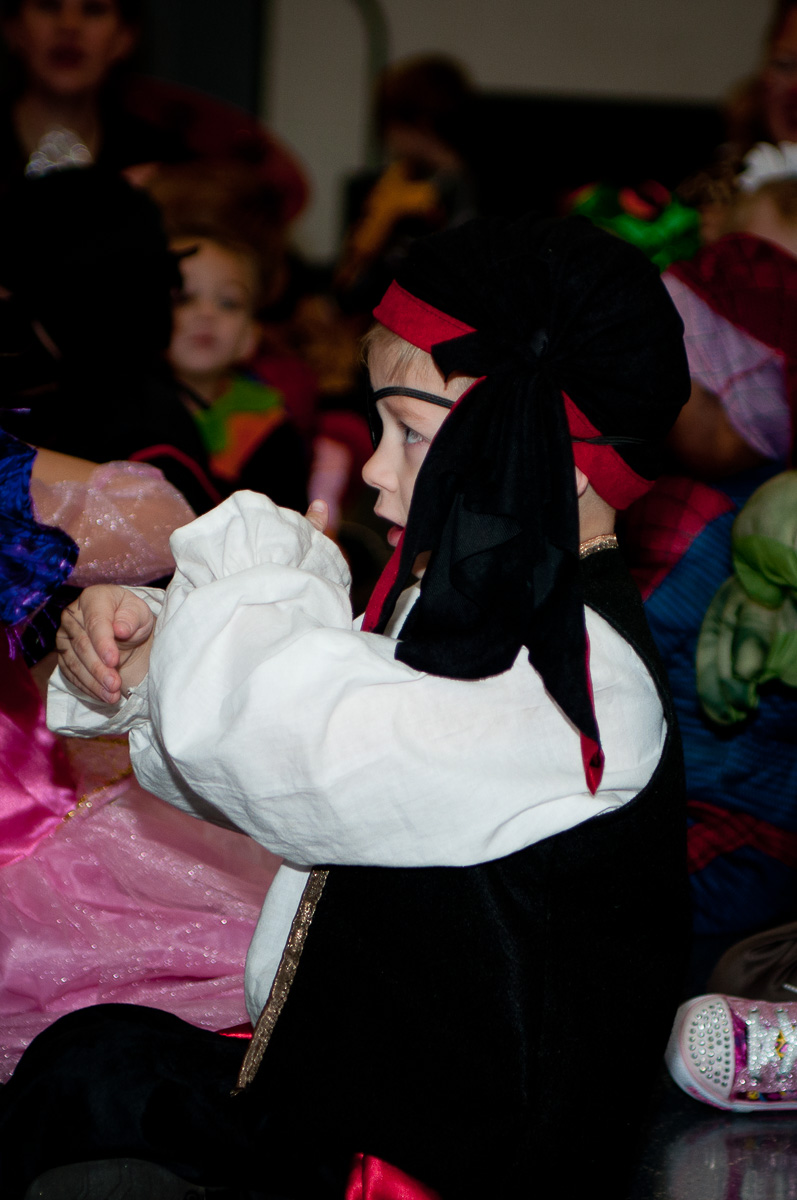 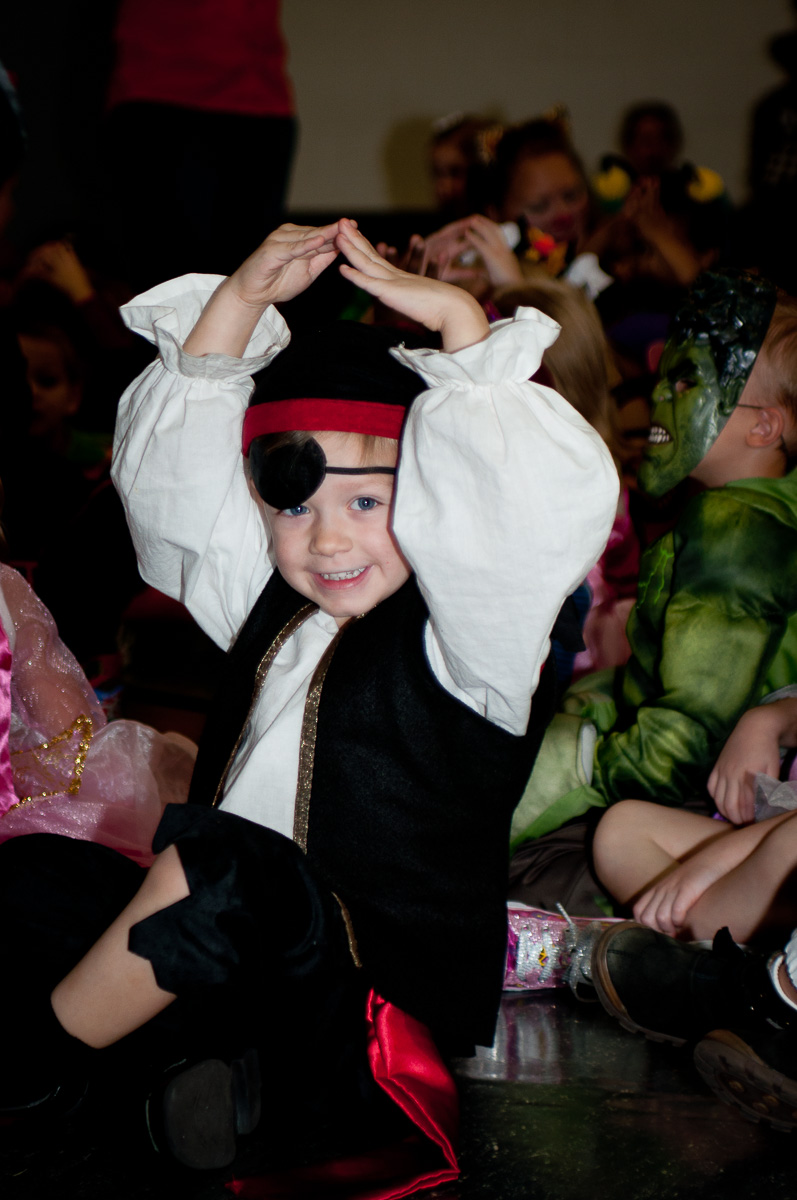 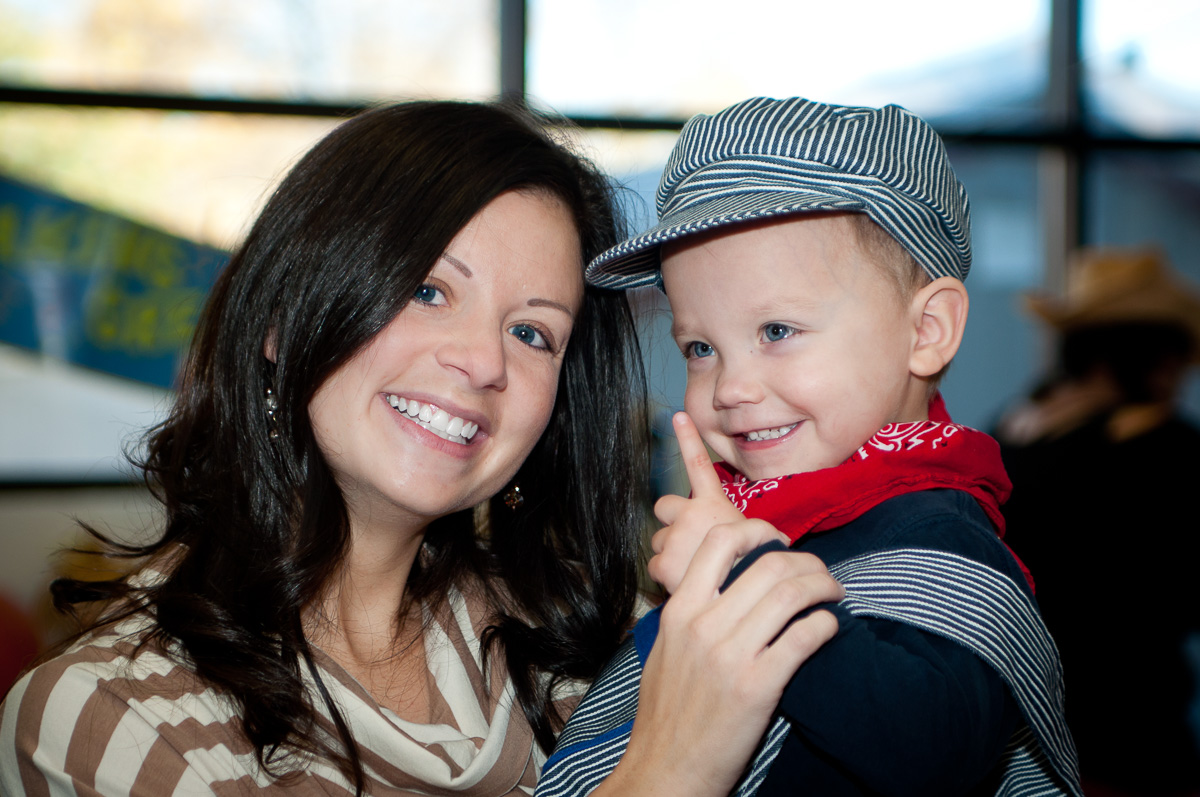 Usually inserted into the festivities is trick-or-treating at Troy’s office. But things have been a little chaotic this week with the hurricane in New York. The server in one of the NY offices is down, which rippled into a server out here being down, and therefore has forced Troy to work from home the majority of the week.

Since everyone is being shifted around, the Halloween party was cancelled. We love to visit every year since it is the one time we show our faces at work, but it was a relief in the end to eliminate one event from the day.

We topped off the night by meeting up with some friends for actual door-to-door trick-or-treating. It’s a good thing, because we were having a serious candy shortage at home. 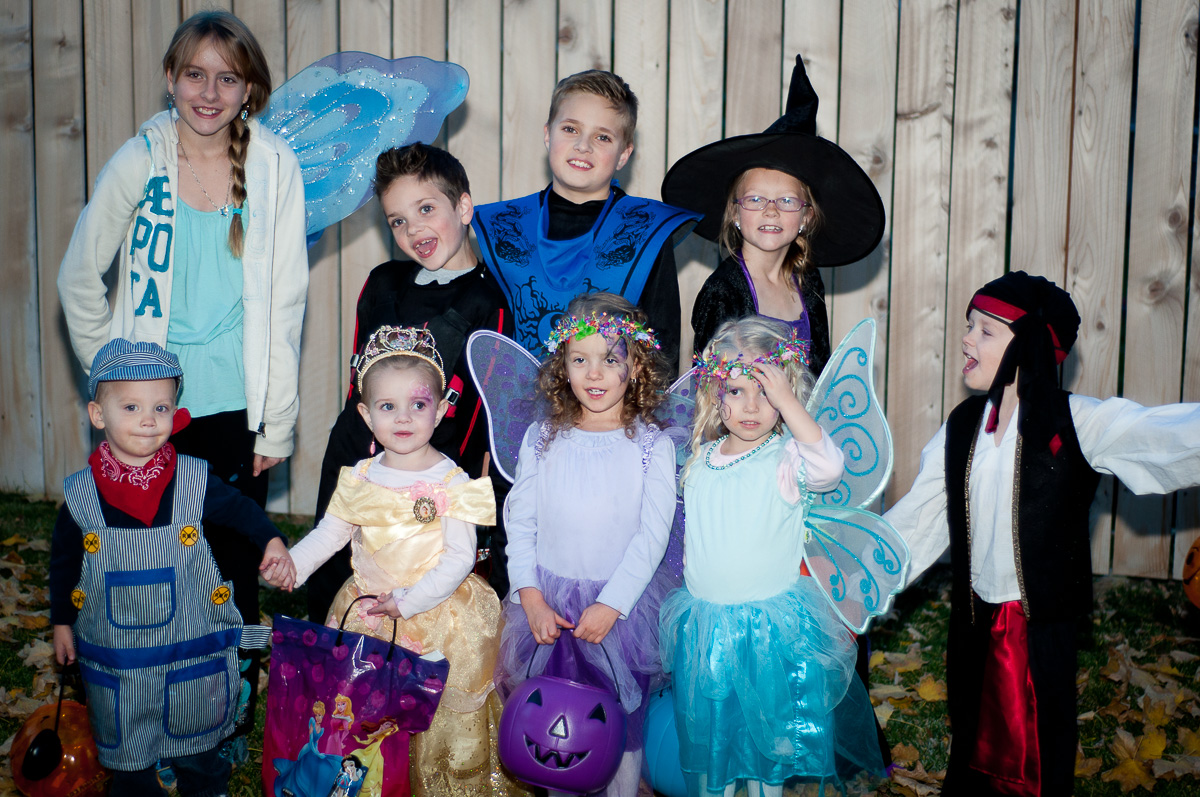 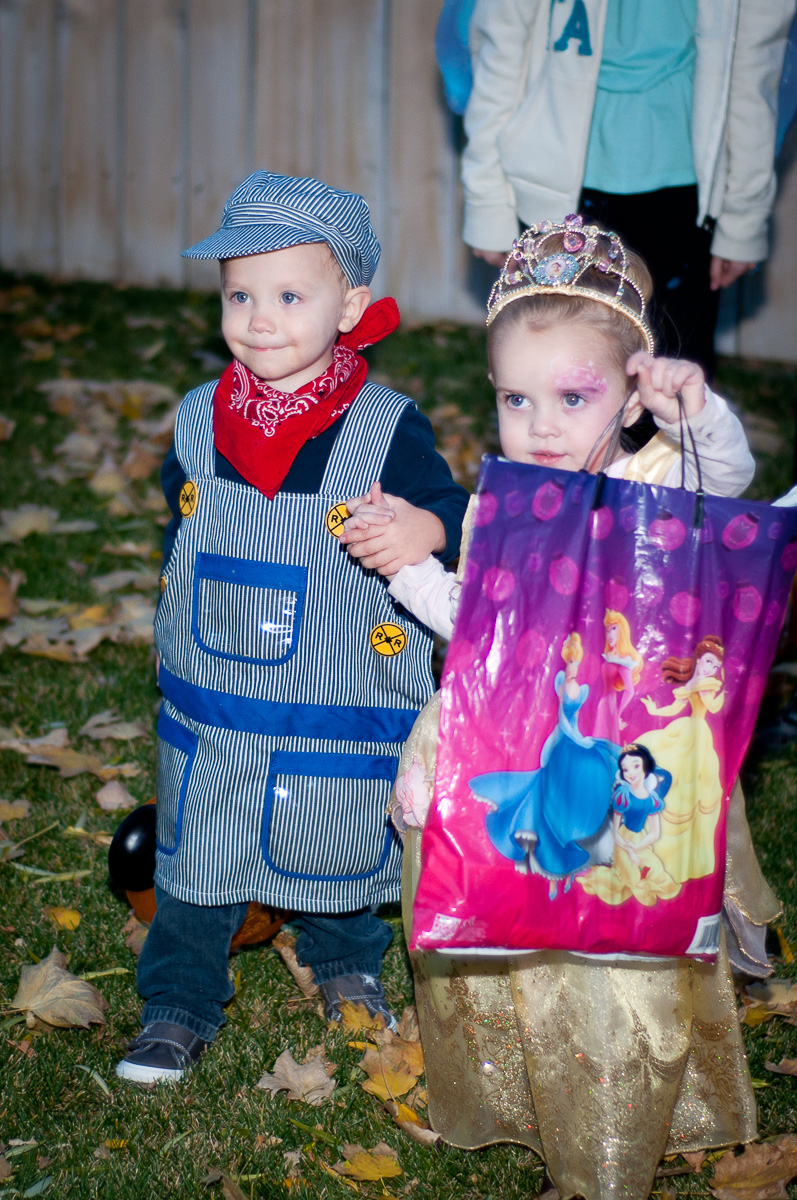 And then somehow got all the ladies to surround him in his ride. 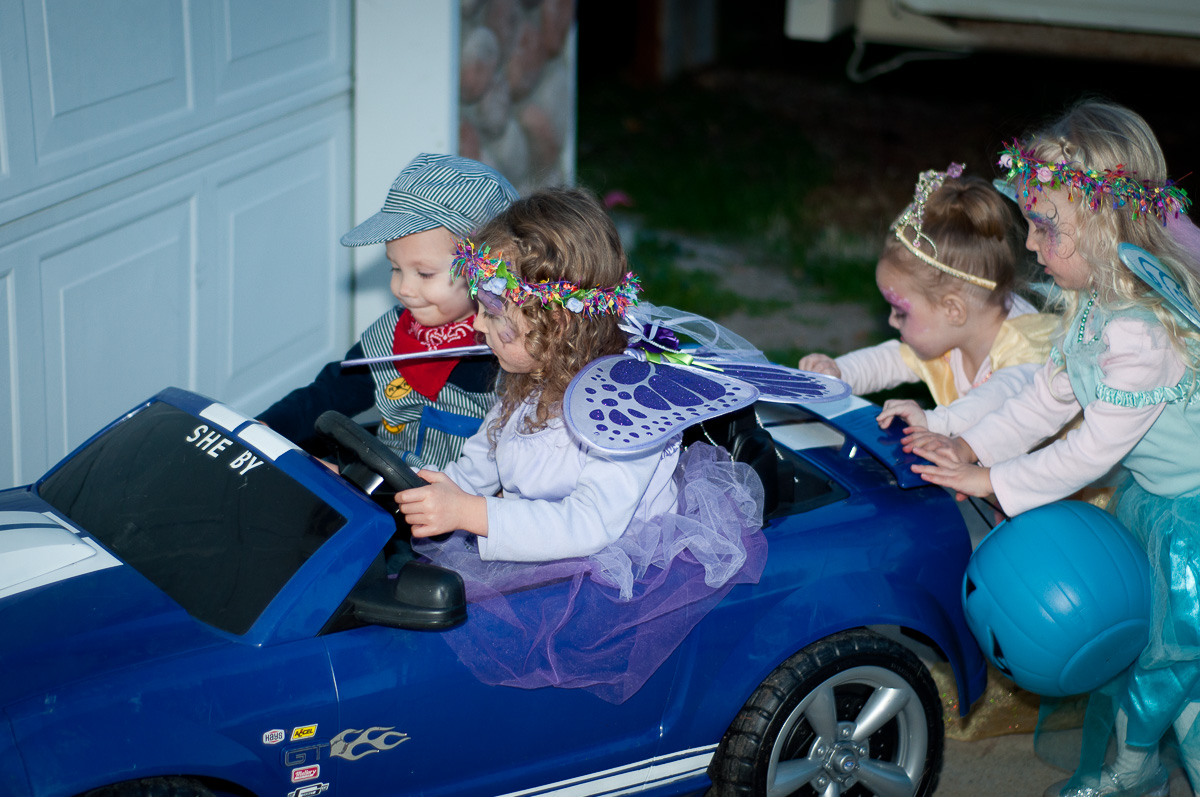 Oh, and stocked up on some more candy. 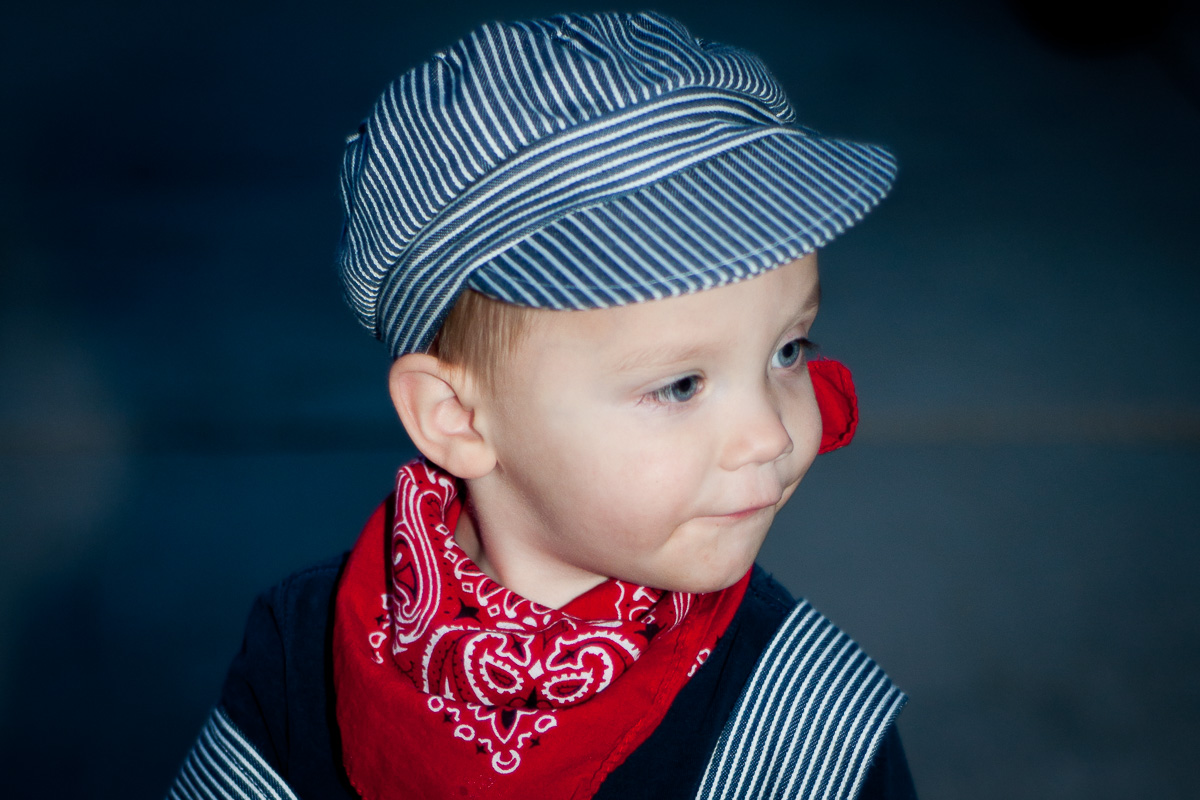 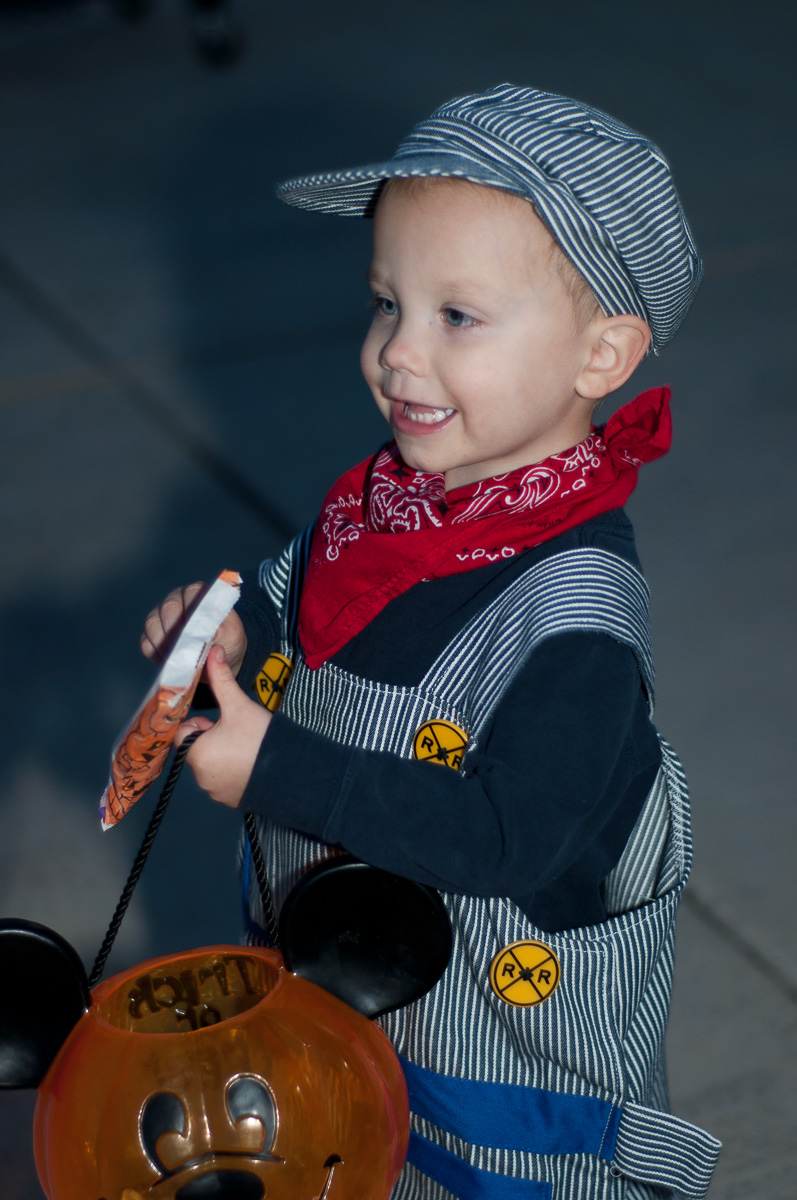 We kept it old school with the pumpkin carving this year. Nothing too elaborate. Because like I said, the Halloween activities themselves just plain wore us out. 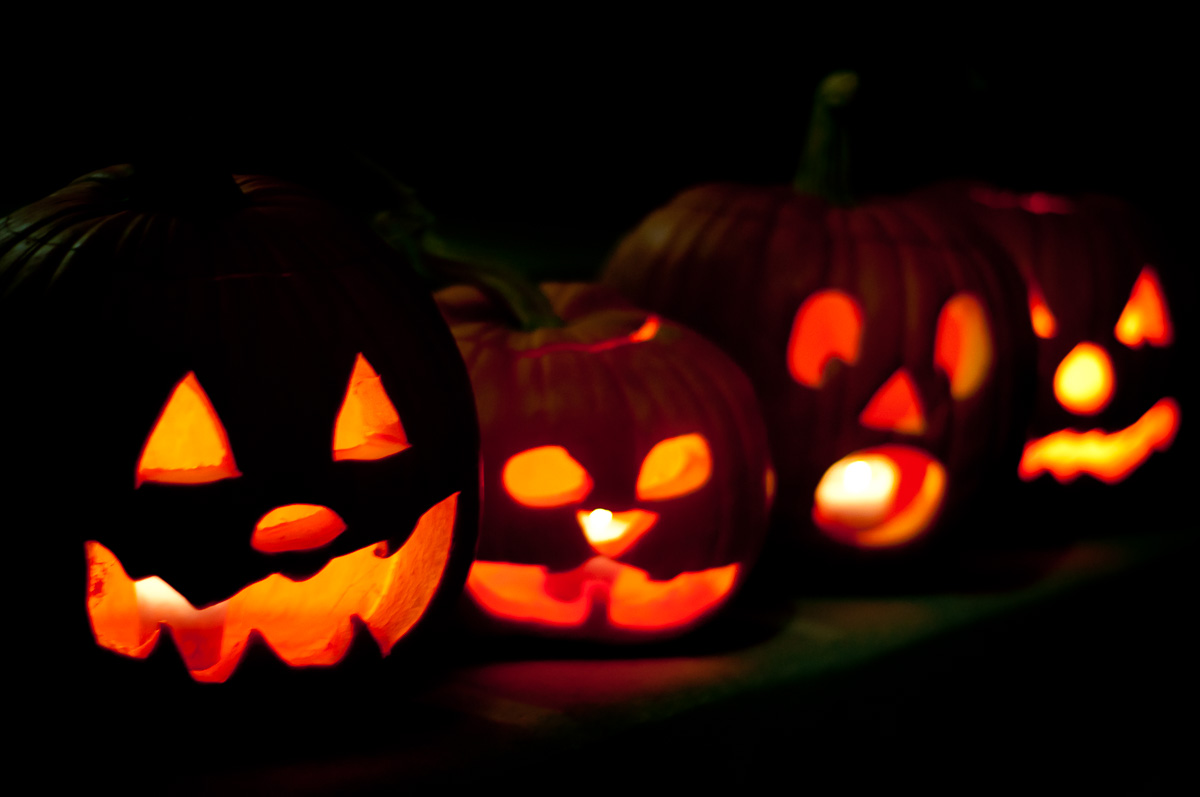 I’m so happy to pack up all that Halloween paraphernalia until we’re crazy enough to do it all again next year. And I’m especially happy that it’s November and I have another month under my belt.