Skip to content
At the beginning of each school year, I write a “verbal snapshot” of what’s going on in our lives (2011 and 2010).

I didn’t quite get it done at the beginning of school this year, but I still want to compile our snapshot in words (and a few pictures) before 2012 is history.

I write a lot on here about events and thoughts, but I want to remember the little things that are happening in our lives right now. I know that all too soon they will fade and become fuzzy in my mind if I don’t capture them. So, future self (and children), here you go:

Blake still gives me a hug and kiss at school every time I drop him off. A full smack on the lips in front of all his friends.

He tells me every single detail about preschool. Each day, I am informed what the “centers” were, what they ate for snack, who did and didn’t earn a sticker, and what songs they sang. I love that he shares all of these details with me. Not every child is as open.

He likes to tell everyone that I have a baby in my tummy. We were recently at Costco getting gas and he told the attendant what he dressed up as for Halloween, what his brother was, and that I had a baby in my tummy. He is not afraid of having conversations with adults and I hope he stays that way.

Blake’s favorite TV show is “How It’s Made” on the Science Channel. It shows how common everyday items are manufactured. He gets super animated watching all the machines and parts work together, and makes sure I am watching about 16 times during any given episode.

He is fascinated with the way things work. Lately, I keep finding the back lids of our toilets on the counter because he takes them off to watch the parts work together during a flush.

He is still a machine building maniac. He really doesn’t play in any other way than by hooking all of his toys together, turning them upside down to make ramps and switches, and creating functional machines.

This may look like a pile of junk in the basement, but it’s actually “a jump house with wind makers, vacuums, slides, ball shoots, ramps, and generators.”

We gave him a circuit kit last year for Christmas, and almost returned it because we thought the parts and electricity flow were a little too advanced for his age. I’m glad we kept it around because the kit has turned out to be his favorite toy. He rigs up working lights and fans and whistles.

When Blake isn’t building machines (which is rarely), he builds completely symmetrical structures out of various materials. Maybe this is normal for his age, but it still blows my mind that he pays such close attention to color and size and detail.

Lately, he has been really interested in math as well. I love when I find things like this laying around the house:

Blake makes his own breakfast before I wake up every single day. It usually consists of yogurt, dry cereal and a glass of milk.
He can also make a mean peanut butter and jelly sandwich from start to finish. We’re still working on the clean-up part (and the whole being pictured in your undies ordeal).

Blake’s daily chore is to unload the silverware from the dishwasher.

He loved to watch American Idol last spring. All of their advertising paid off, because every time we are driving behind a Ford vehicle, Blake exclaims, “Look! That car says American Idol!”

Blake thrives on following the calendar that we update with his schedule in his room. He does not like it when we deviate from the plan.

Blake has officially made the transition to “quiet time” instead of nap time. He really hasn’t napped all year unless he is sick. Nash, however, still naps every single afternoon.

When we ask Nash how old he is, he always holds up his thumb and pointer finger and states, “Two!” He never holds up the “correct” two fingers. If you ask me, he figured out the easier way.

Nash goes to an early three’s preschool class a couple of mornings a week. I was hesitant to let him start so young, but he was so ready to join his brother at school. He is thriving with a little extra activity, and I’m glad that it means he spends less time watching movies while I am sick. It has also made the logistics of scheduling my own appointments much more doable since we have no nearby family support.

Nash has a very well developed vocabulary. Most people are surprised at how much he talks and how clear his words are. He has a little lisp when he says his s’s and I kind of love it.

He climbs in and out of his crib with ease, but we’re not quite ready to make the transition to a big boy bed yet. I never worry about him being in danger the way he strategically hoists himself above the crib bar and carefully makes his way down to the floor. Thankfully, he doesn’t leave his room when he flops in and out (yet).

Nash’s favorite books are Maisy books. He adores that little mouse and his panda and all of their adventures.
He still loves his nie-night more than life itself. Recently, out of the blue, our family friend from Michigan that gave him the original gift sent us a brand new lovey, embroidered the same and everything. Now, Nash loves both of his nie-nights. He calls them his “new nie-night” and his “broken nie-night.” We keep asking him if we can throw away the old beaten up one but there’s no way he’ll ever let that thing out of his sight. I am so glad to have a back-up though, for those nights when we search the house from top to bottom and can’t find the original anywhere, or if he ever loses it at a place like Disneyland again (more about that here and here).

I’m not sure how this one got in here – except to say how much I’m going to miss Nash being my baby once the new little one arrives. I adore Nash. He is a genuinely happy guy and a ray of light in our home.

Whenever one of us leaves the house, the boys stand at the front window and wave ferociously as we back out of the driveway.

Blake and Nash have entered the world of wrestling. And Nash does a pretty good job at holding his own.

They are definitely frenemies. They argue about as much as the play together.

Many nights after dinner and scriptures, the boys instigate a game of tag where they run around the loop from our kitchen to our living room endlessly. It never gets old to have their dad chase them.

Whenever the boys are sick, they insist on toast with a little bit of butter, sugar, and cinnamon. It’s a special commodity that I only make when they have colds (which ends up being about every two weeks).

I gave up cutting the boys’ hair myself. It just wasn’t worth the fight that always ended in sobbing tears. My friend in the neighborhood that has a salon at her house thankfully took over the job (and mess).

We haven’t had any huge home repairs this year (knock on wood). All of the repairs have been willed over to our aging vehicles.

Soccer ended this week and I’m happy that we are going to have our Saturdays back again. I don’t think I realized how much of a commitment eight consecutive Saturday mornings would be. A little foreshadowing for the future.

We met our goal of visiting 30 parks this summer. We may have gone a little into the warm fall months to meet our quota, but all together we made it parks in Michigan, Arizona, Utah and California.

Troy paces when he talks on the phone. It is impossible for him to remain stationary. He also paces when football games get really intense.

Every few weeks, he gets together with the guys for “fight night.” This consists of watching Mixed Martial Arts, and includes a lot of blood and yelling. One of these days they want to go to Vegas to watch it live.

He often takes the boys with him to the gym. Blake started a collection on his closet door with the numbered stickers that they put on the kids’ backs at the play center.

Troy also loves to take them out for breakfast on Saturday mornings. Breakfast is his favorite meal of the day and I do not share that in sentiment. I’d be content to live on peanut butter toast for the rest of my life.

Troy was asked to serve as the president for the men’s organization at church at the beginning of the summer. He has meetings all day Sunday and home visits one weeknight each week. We see him a little less, but we are grateful for the work he’s doing.
I have been the secretary for the Primary (children’s) organization at church for almost two years now and I have to say it is my absolute favorite responsibility.

I haven’t cooked a lot in general over the last several months, but it is the running joke in our family that I never remember to fix side dishes. When I plan for meals, I just never consider what in the world we’re going to have on the side.

My go-to Pandora stations are A Fine Frenzy and Joshua Radin.

I have had the same wallet since my Junior year of High School. And it still doesn’t look worn at all.

I love my web design job. Sometimes the orders get overwhelming, especially when I’m not feeling well, but I love that I get to do something I enjoy so much from home. It does so much for me to go beyond being “just a mom” and use creativity and interact with clients.

I believe that when I did our first snapshot two years ago, I reported how anti-Mac we were. Well, the “we” has turned to “he,” because I am now completely hooked on all things Apple. I saved up for a Macbook Pro and it has made my designing life so much easier. And I loved switching over to an iPhone. Now I just have to get Troy on board.

Much to my chagrin, and even though I feel the most sick in the evenings, I’m not miraculously turned into a go-to-bed-early girl. It is so hard for me to make myself turn off at night after the kiddos are in bed.

Book club is still one of my favorite nights each month. I love those girls and and our late-into-the-night conversations.
I’m sure there are a million more little things that I’d like to remember but I better end here. 2012 has treated us well. 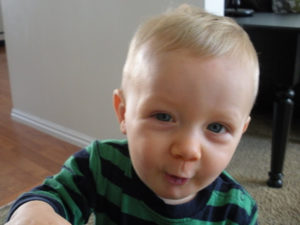