Skip to content
There should be local support groups for potty training parents. We should all sit in circles and tell everyone why our potty trainee is the most stubborn and un-cooperative little learner ever. And then when you hear the next story, hopefully it will cheer you up and give you hope. You know, that your child isn’t the only one running around the house for months on end with bare buns and still wears pull-ups to school.
However, I no longer need to attend this type of support group. Because we finally have reason to celebrate in our home. Blake, just two weeks shy of turning five, is potty trained. Completely.
Hallelujah!!
After two very long years since our initial efforts, Blake finally figured out that undies are much cooler than soggy pull-ups.

Humor me, while I rewind and list all of the methods we have exhausted over the last two years:
After Blake had been four for a few months and there was no hope of success on the horizon, we decided it was time to consult an expert. And from February until October of this year, this is what finally made the difference:
I have never been happier to reward him.

In the end, it came down to his own sensory awareness and maturity. I think all of things we did this year contributed to his success, but he really just had to be “ready.” Even though it took until he was just shy of turning five.
And what have I learned from it all?
The most challenging problems in parenting are sometimes only solved by giving it time. Sometimes a lot of time.
Oh, and I’m not potty training Nash until he’s seven. 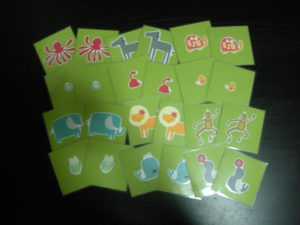