There is so much I want to cram into December.

And despite my efforts to keep it simple and focused, gifts still have to be bought, cards have to be sent, halls have to be decked, and programs have to be attended (not to mention a birthday that has to be celebrated smack dab in the middle of it all).

It’s really hard to avoid the traffic jam of stress.

Coming down with a sinus infection two weeks before Christmas did not help me with staying on top of things.

But, with one day to go, I finally feel like we’re going to pull it off. And even though there has been a swirl of activity, I think we enjoyed most of the Christmas prep.

I joined Blake at school for parents’ day to help him stuff an oversized candy cane and watch the magician that comes to perform year after year. I realized at the magic show that I’m going to be seeing the same tricks over and over for a long time, considering we have a couple of up-and-coming preschoolers and I adore their school. It’s a good thing their laughter and amazement is worth every second. 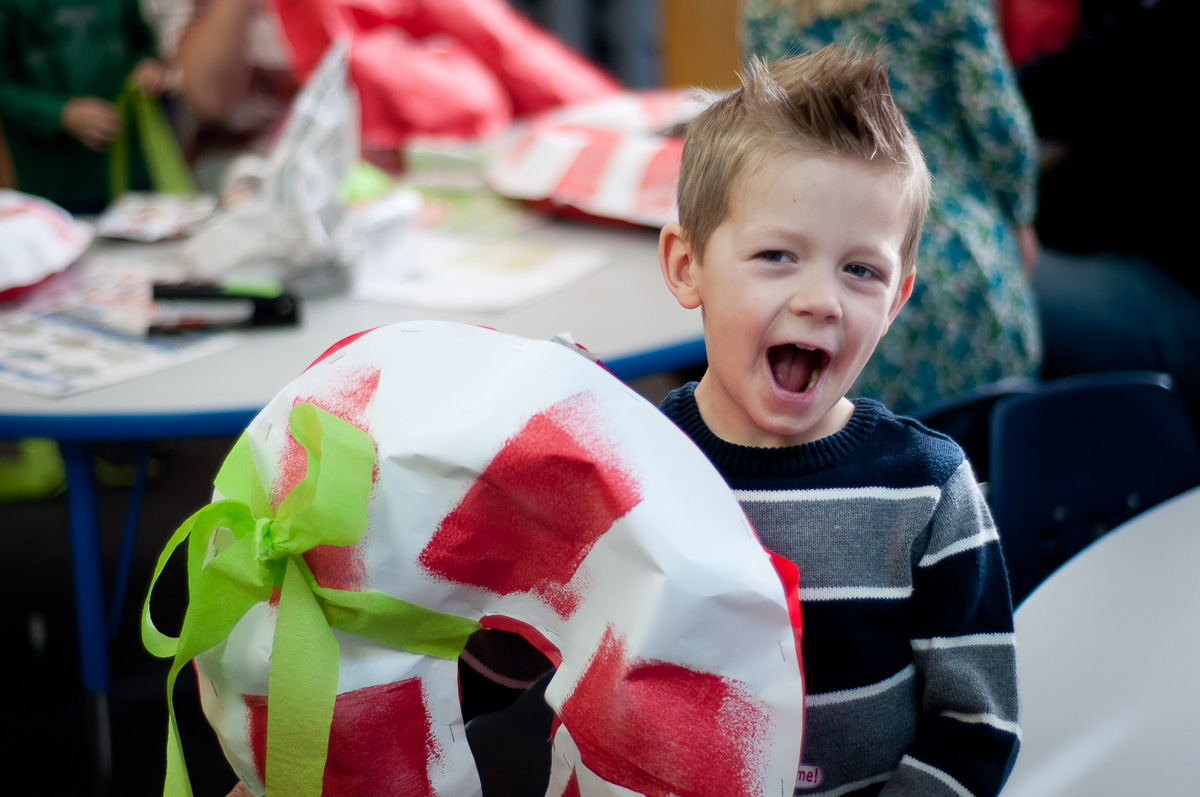 Dumping those stuffed, addressed and stamped Christmas cards in the mailbox was truly the best feeling ever. Even if they didn’t make it out till the 3rd week in December this time around. 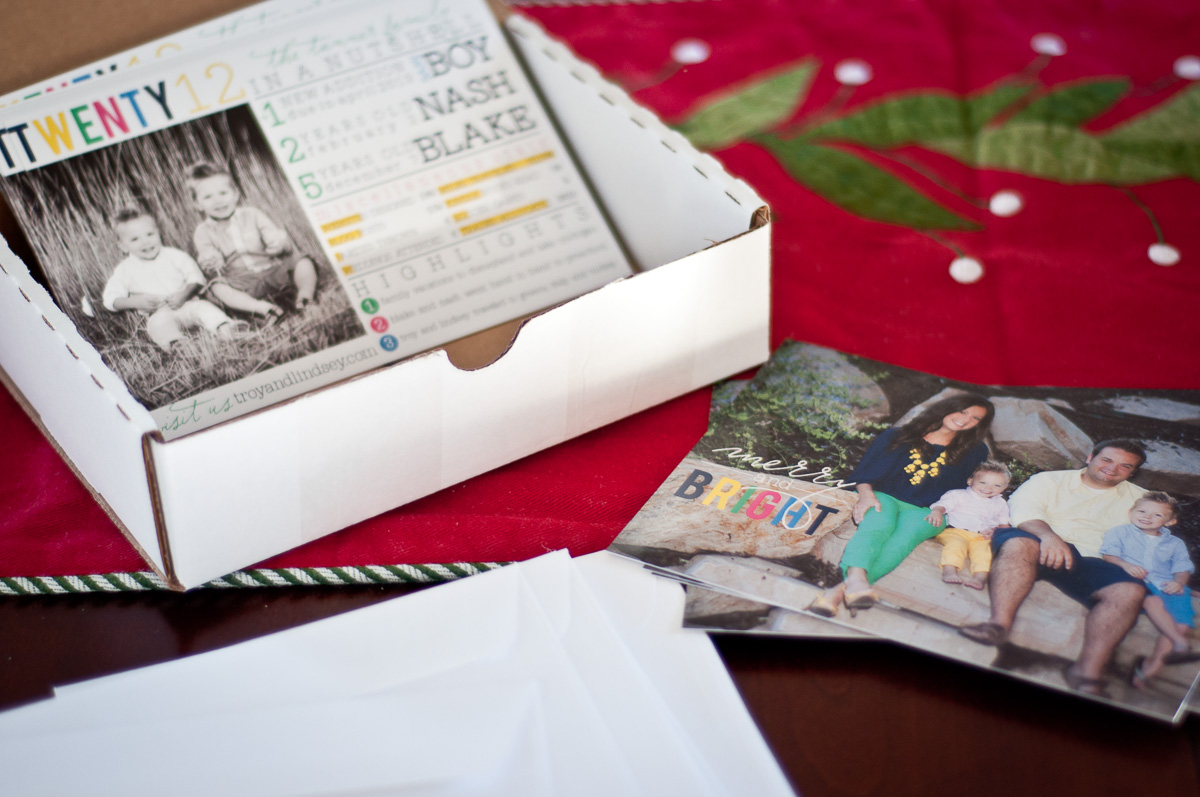 While the season wouldn’t end if I didn’t send out our yearly card, I love filling up our basket with faces of friends and family in return. And I love how our cards freeze each year in time for our family. 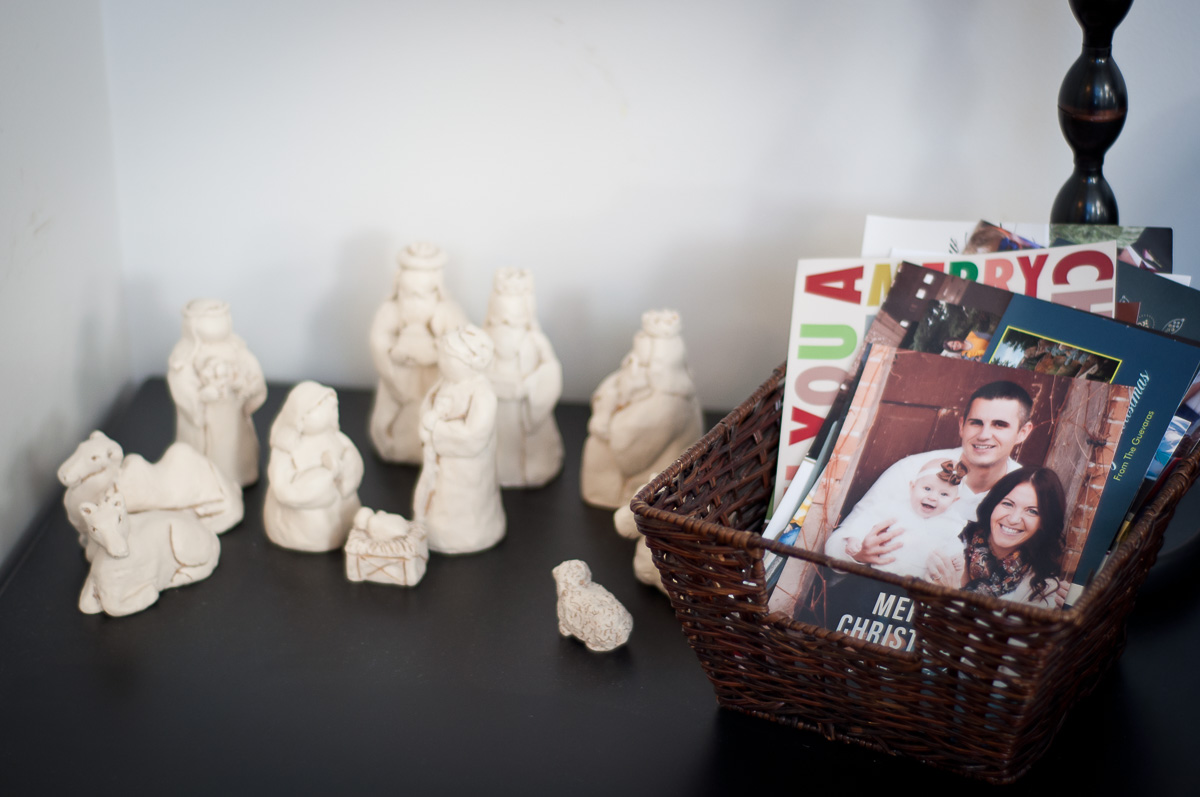 It felt equally as wonderful to finish the shopping, mail off some packages, and especially to get everything wrapped. I am almost exclusively an online shopper. Oh how I love having those little brown boxes show up on our doorstep without doing anything more than lifting a couple of fingers to tap some keys on my keyboard. But it still takes hours of searching and comparing and making sure we’ve covered everyone on our list. Once the presents are wrapped, they go up high on a shelf so little fingers aren’t tempted to unwrap them. 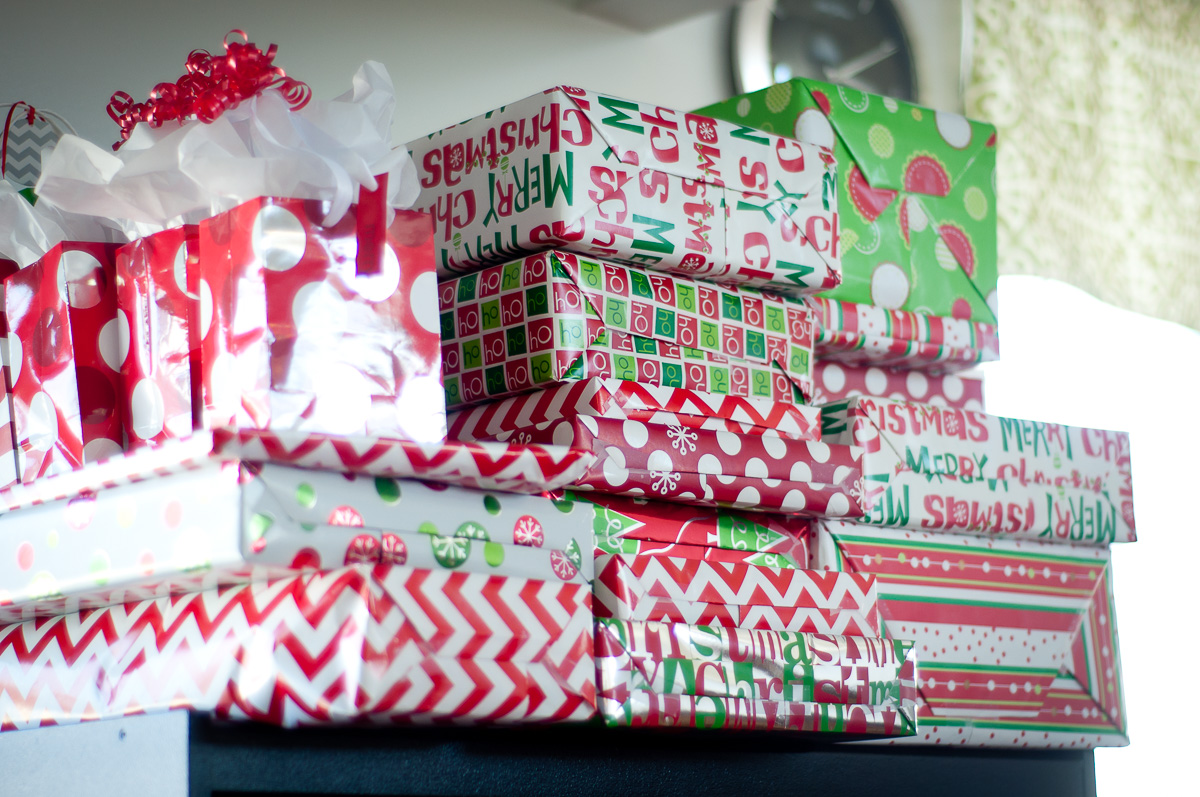 I have spent years trying to think of creative ideas for neighbors and nearby friends to show them how much we care about them. And since I’m not one to spend hours baking in the kitchen, we’ve settled in on a new, simple tradition the last couple of years. Wrapped in burlap, what else? 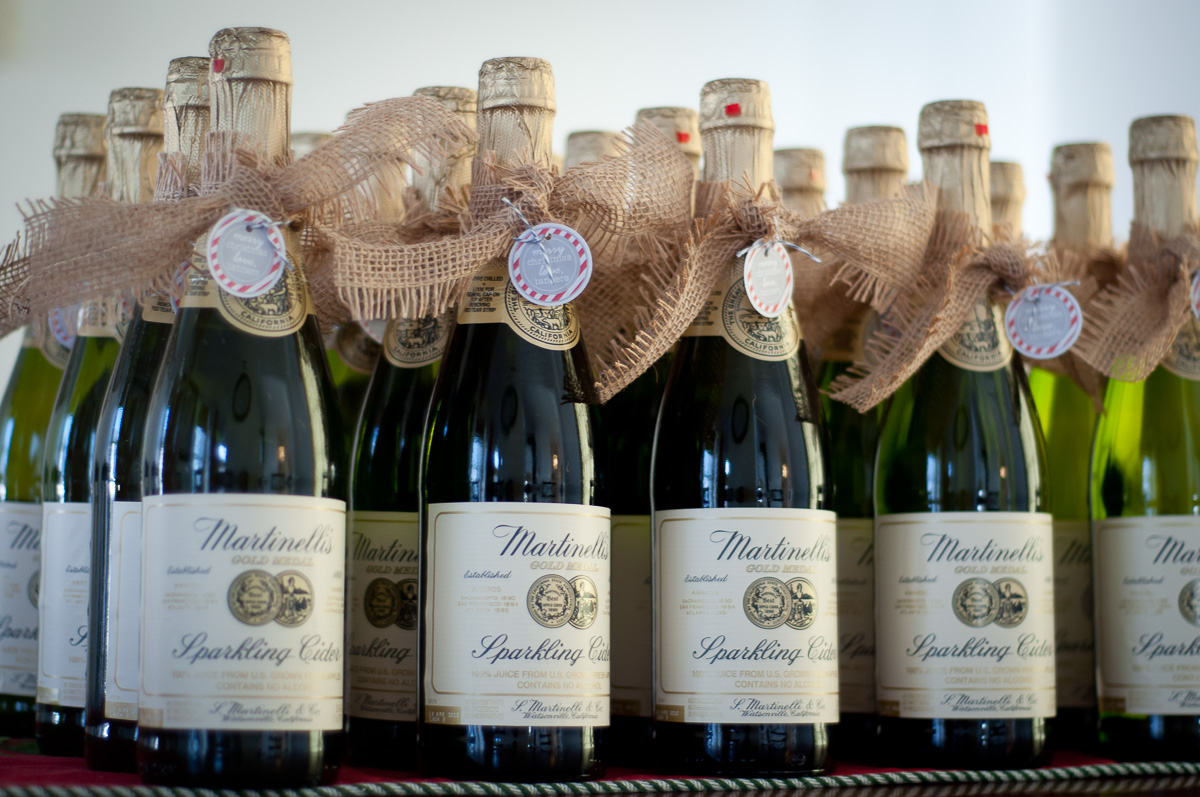 It might not blow anyone away with creativity but I think it’s nice to have a fancy little drink around the house to celebrate with. And it’s nice for me to not have to stress about baking the most unique treat or crafting the most useful household item. 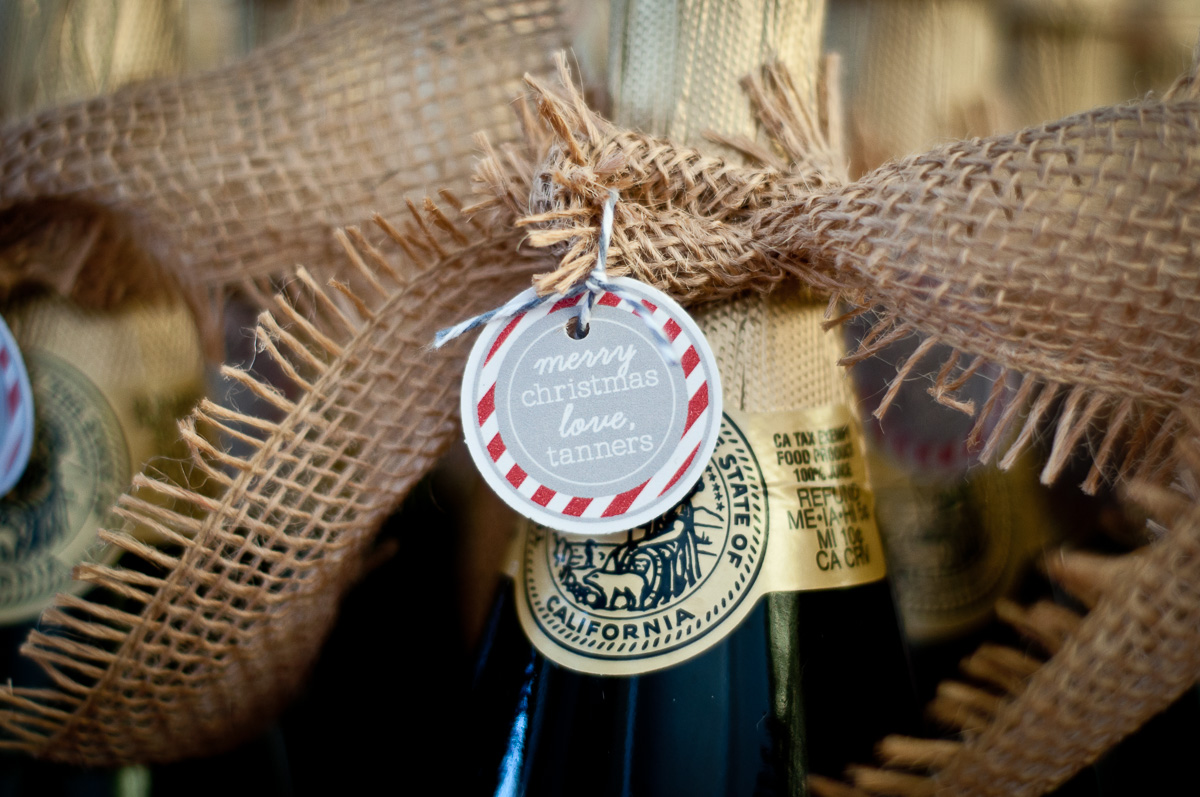 We jumped on the “Elf on the Shelf” bandwagon this year, along with everyone and their dog. For those of you who don’t know, an “Elf on the Shelf” is a little elf that comes to stay at your house during the month of December. He sits high on a shelf and observes children by day, and then magically goes to report to Santa each night how the children are doing. Only when he returns, he moves to a new spot and sometimes gets into mischief.

I’ve never felt quite right about using Santa or a little elf as a mechanism or threat to get my boys to behave, but they have sure loved the magic of discovering that elf each morning.

They’ve found him zip-lining to our Christmas tree, 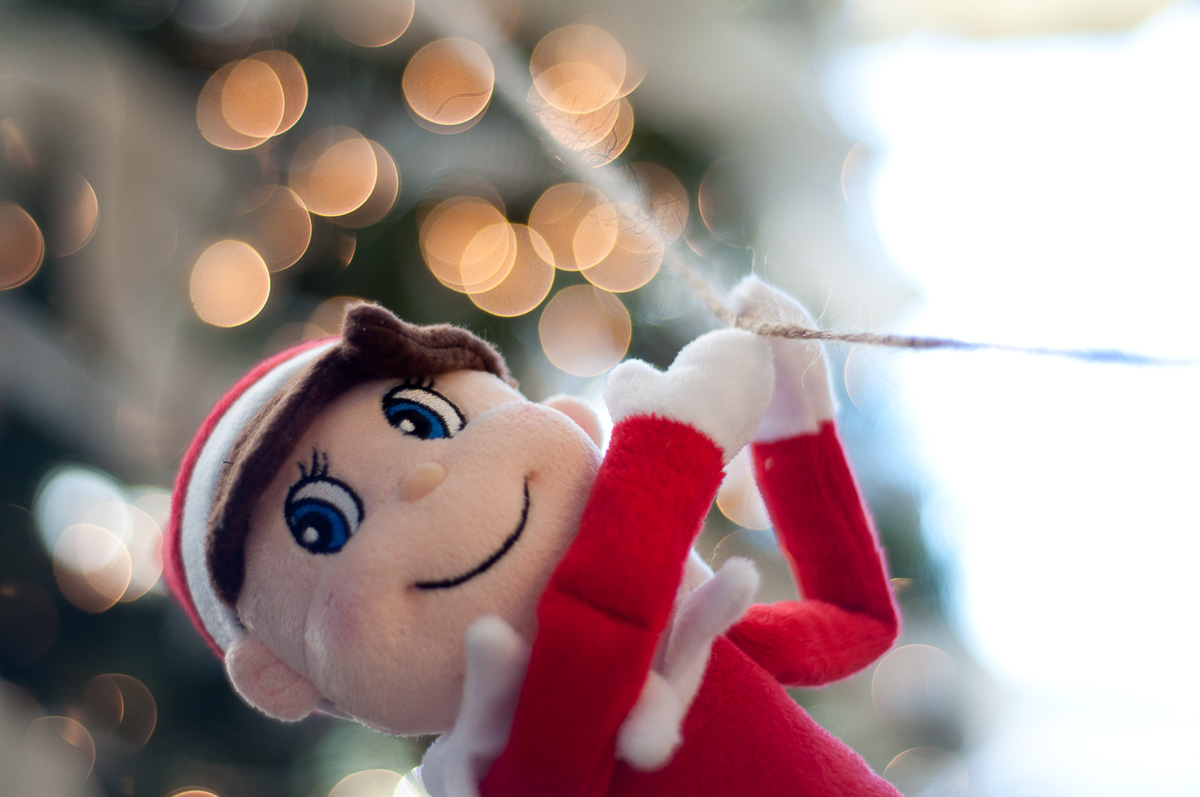 …drawing on our family picture, 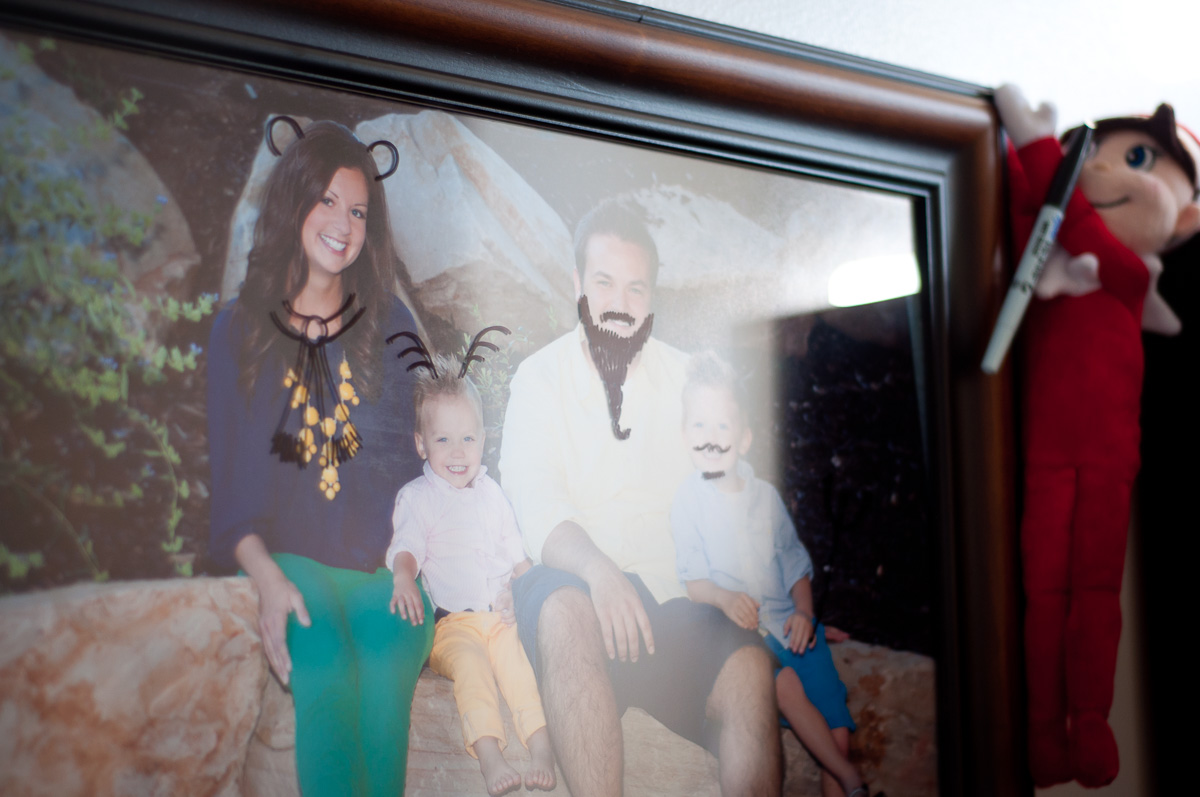 …and riding on the Polar Express to name a few. Sometimes the elf’s helper wonders why she thought this would be a good idea. Especially when she crashes in bed after a long day and realizes she has not helped the elf discover a new vantage point yet. She is wondering if the elf can fly home on Christmas Eve and not come back next year? 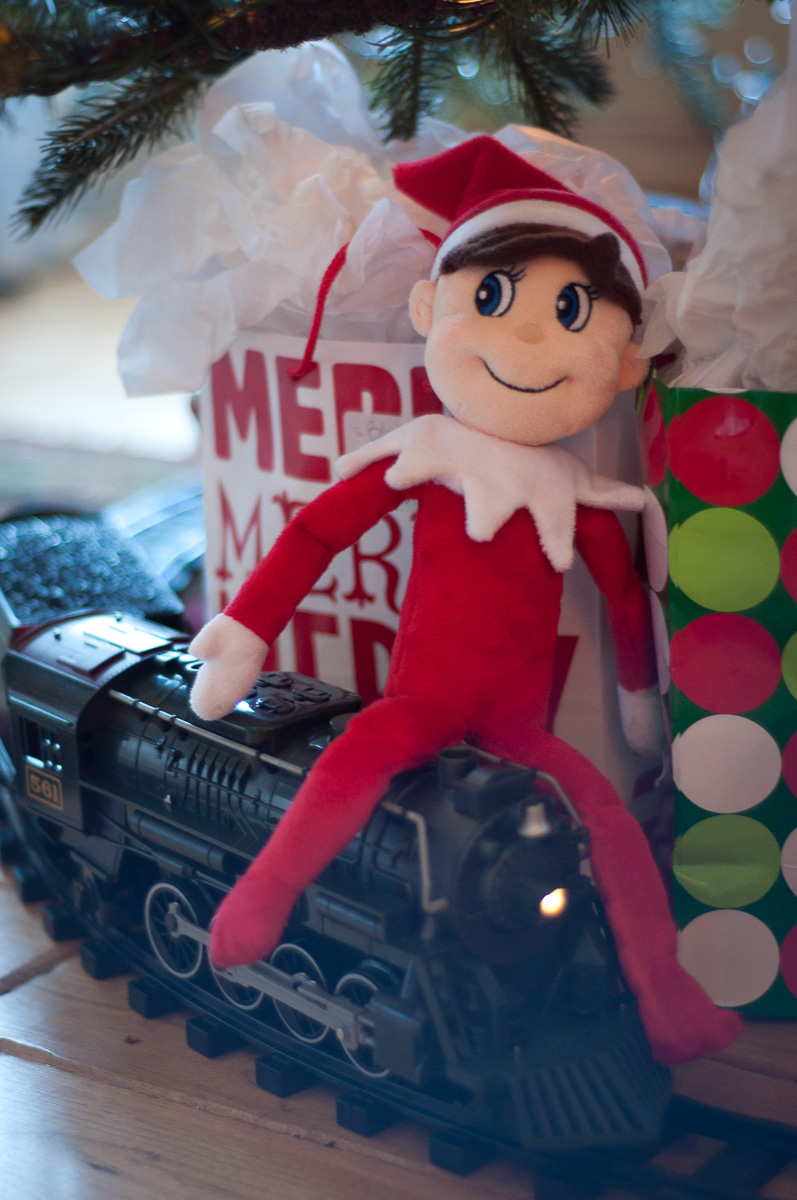 The elf also leaves the boys a little treat in our advent calendar each morning. 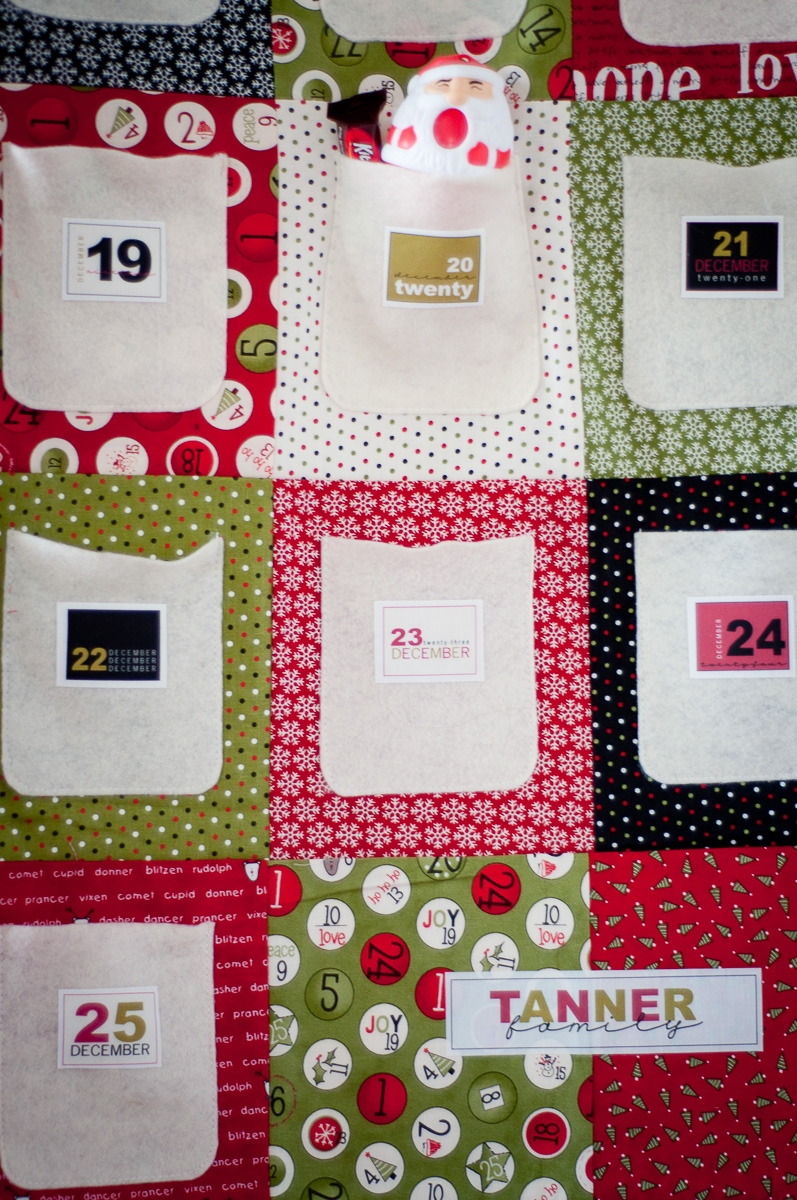 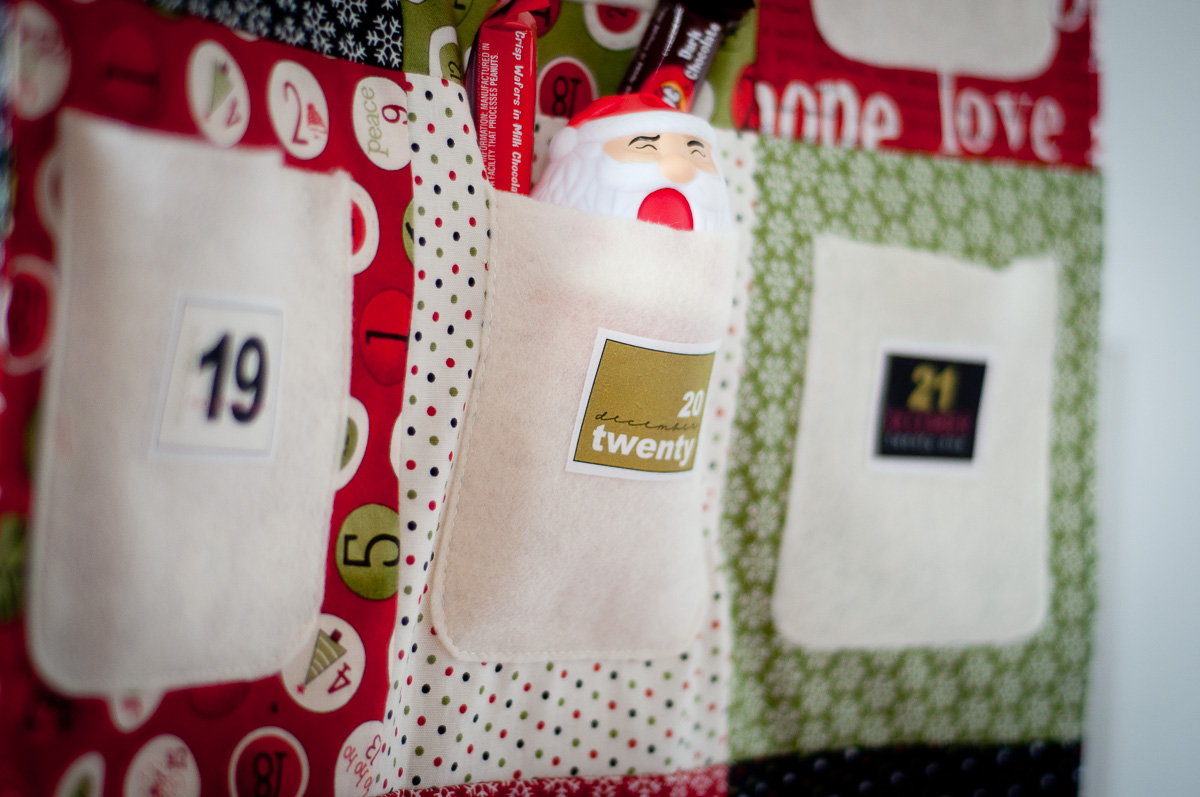 Blake and I decorated our traditional gingerbread house. Well, he kind of gave up after the m&m’s and gumdrops were in place after insisting for weeks on this tradition. 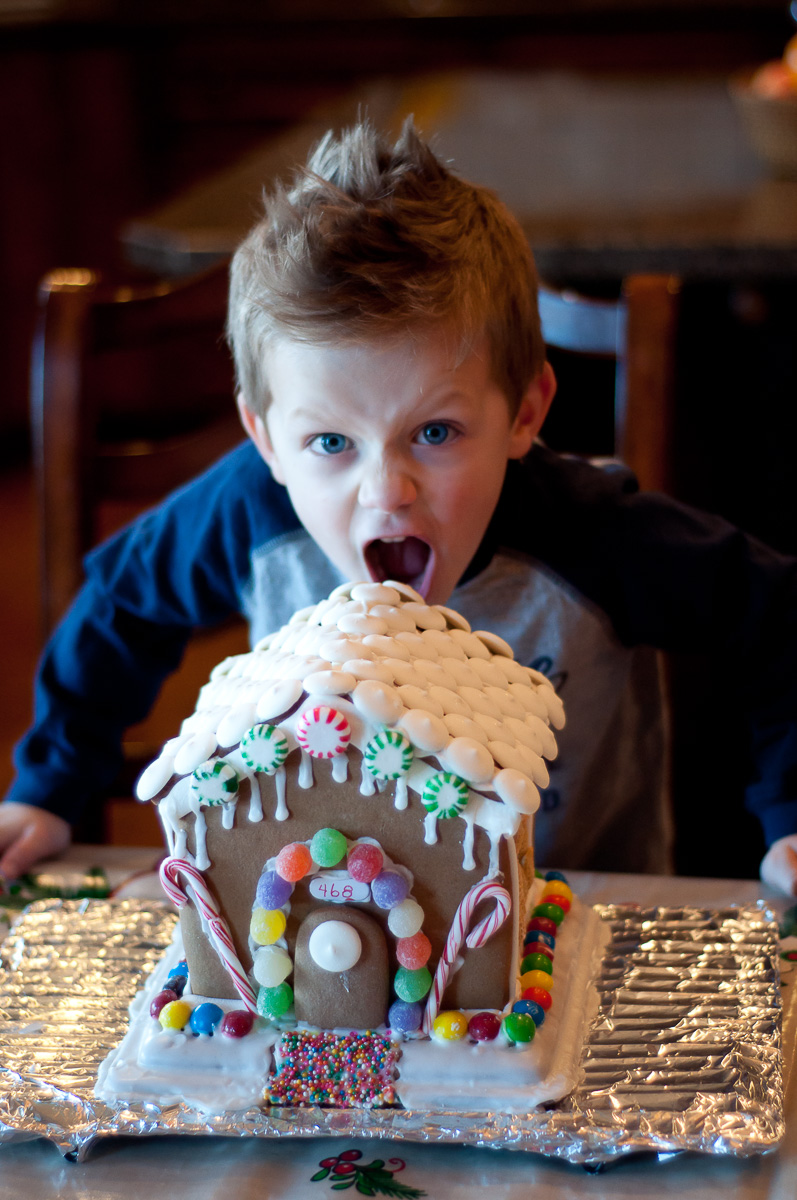 Hands down, my favorite part of the pre-Christmas happenings was the preschool performances. When Blake forgot to take off his Mele Kalikimaka sunglasses and lei for the entire next song, even though all of the other kids took theirs off, we were all rolling in laughter. Oh man those preschoolers were so cute. 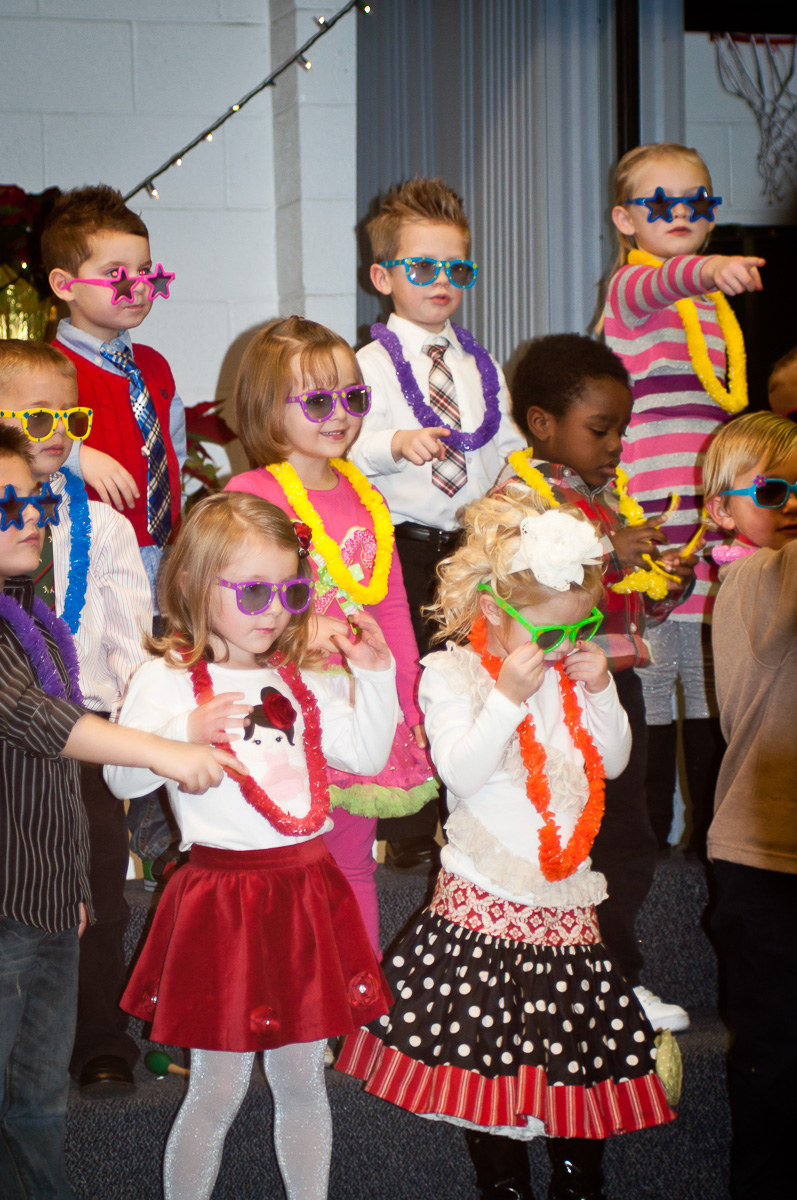 And watching Nash light up when he spotted his brother as if he were the star of the show was pretty priceless too. 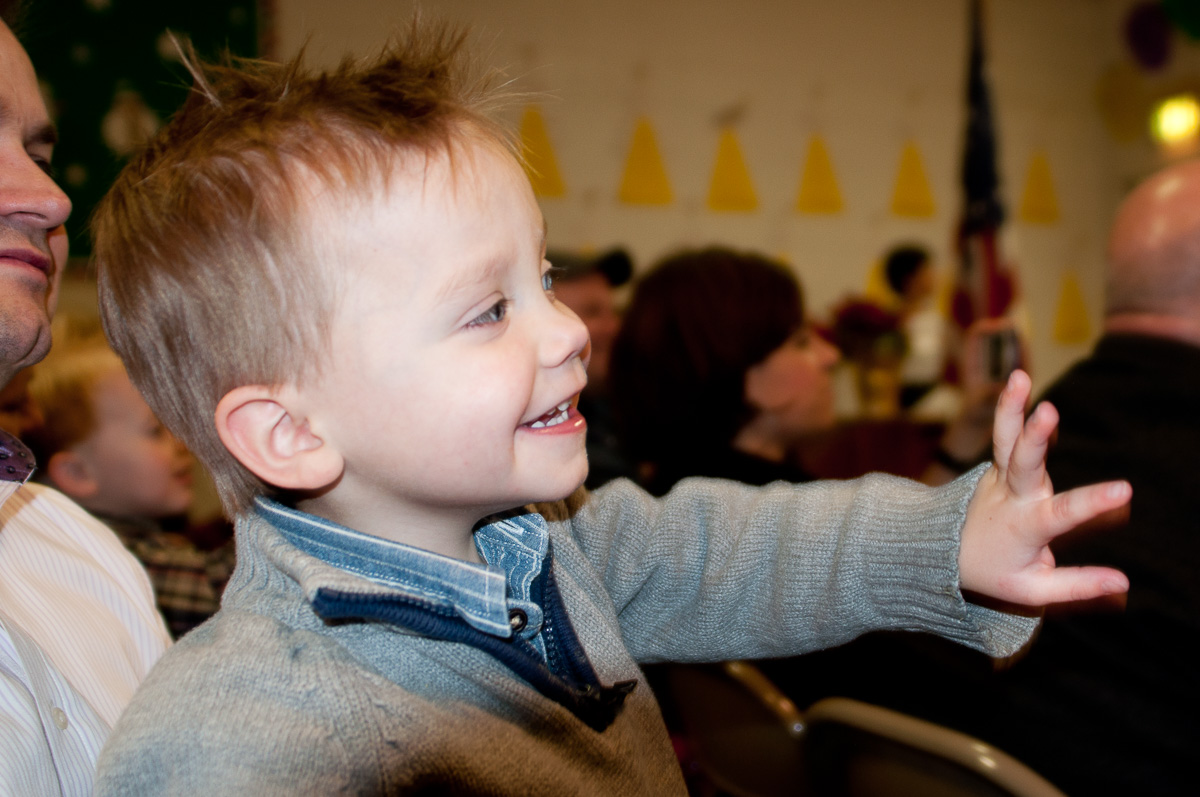 Blake worked on our Christmas present for months in his class, and I think it may be the first time he successfully kept a secret from me. 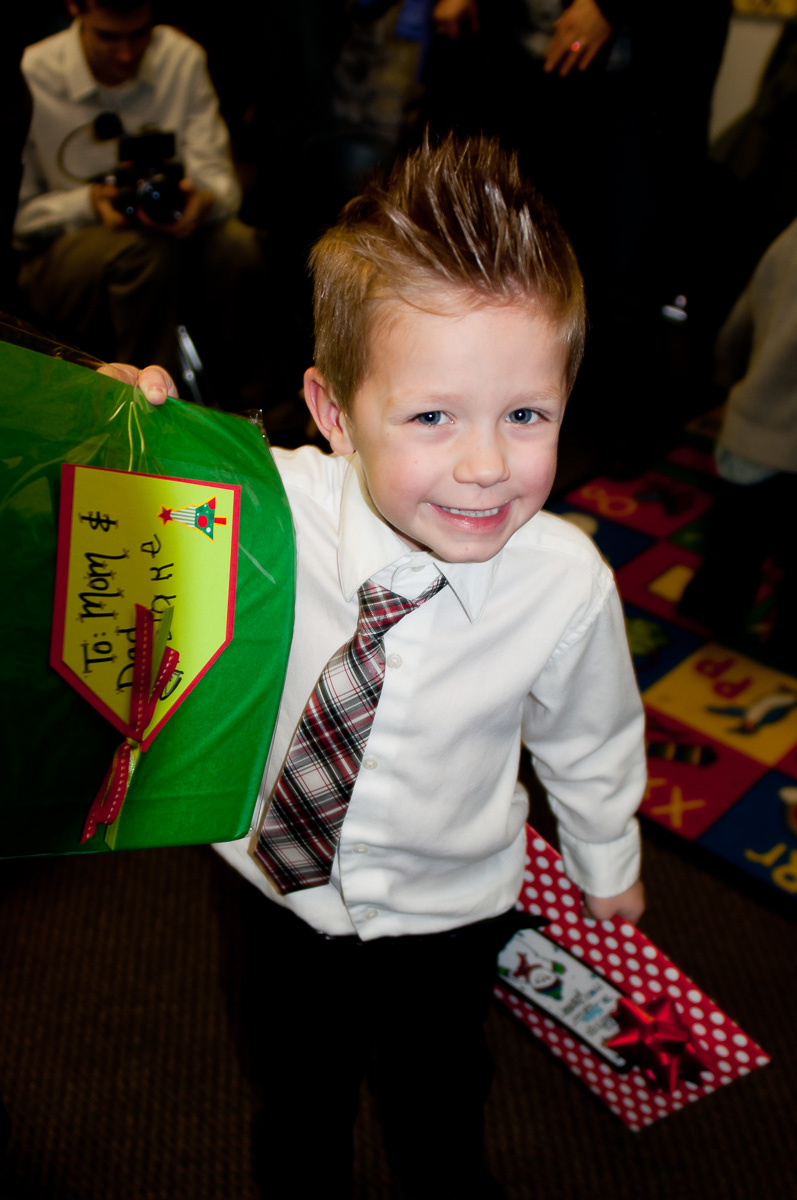 He couldn’t wait for us to open his “hands” calendar that he so carefully crafted after his program. 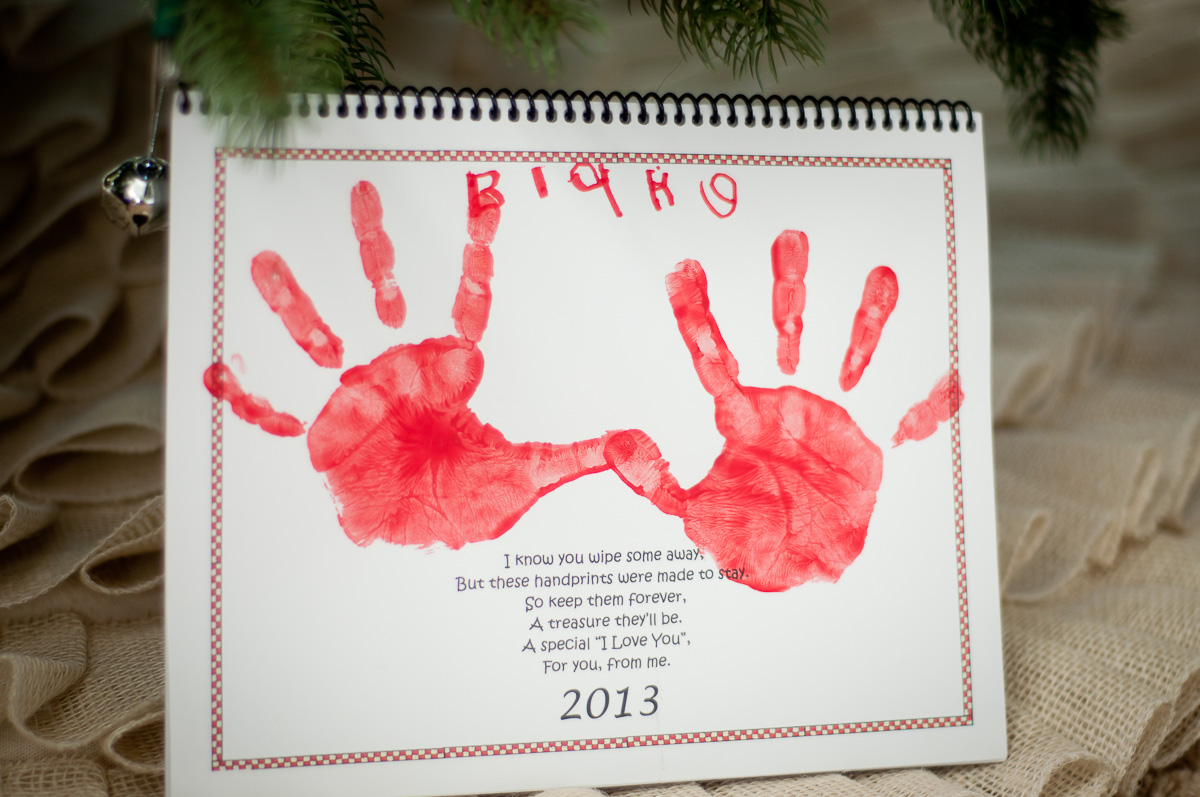 Each page displayed his handprint in a different way. 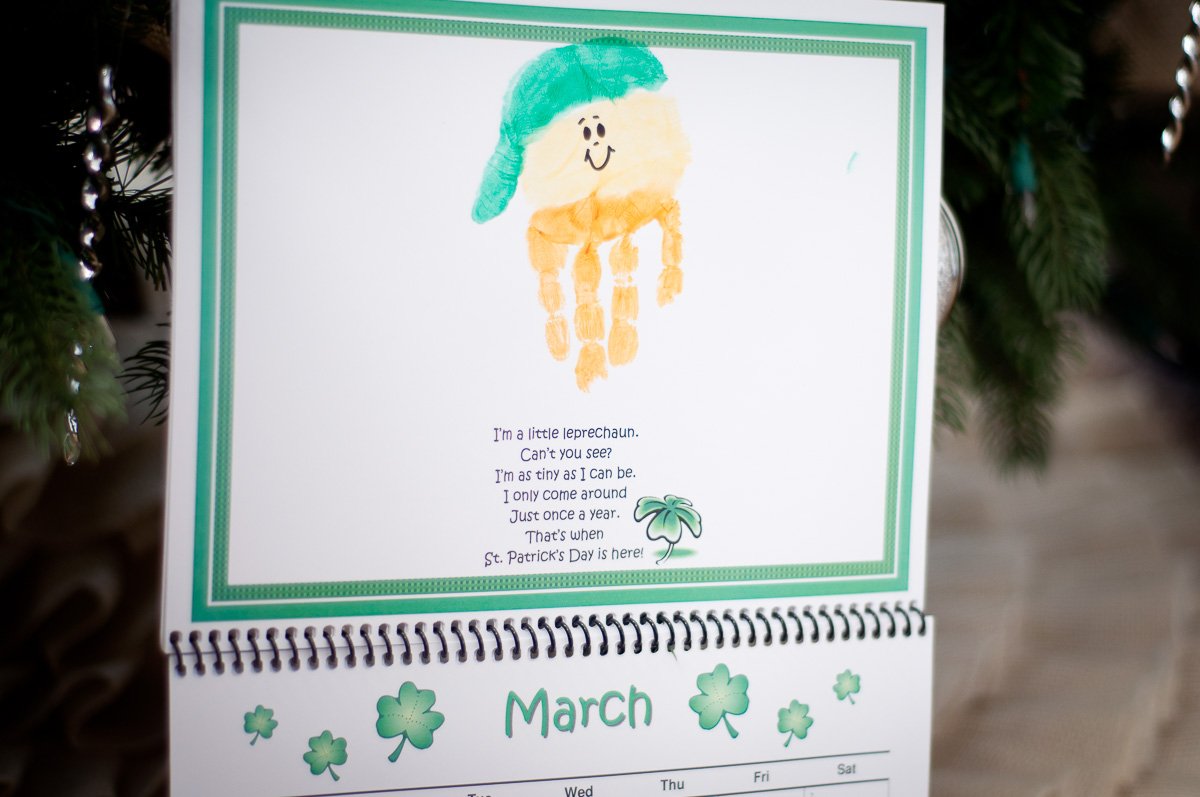 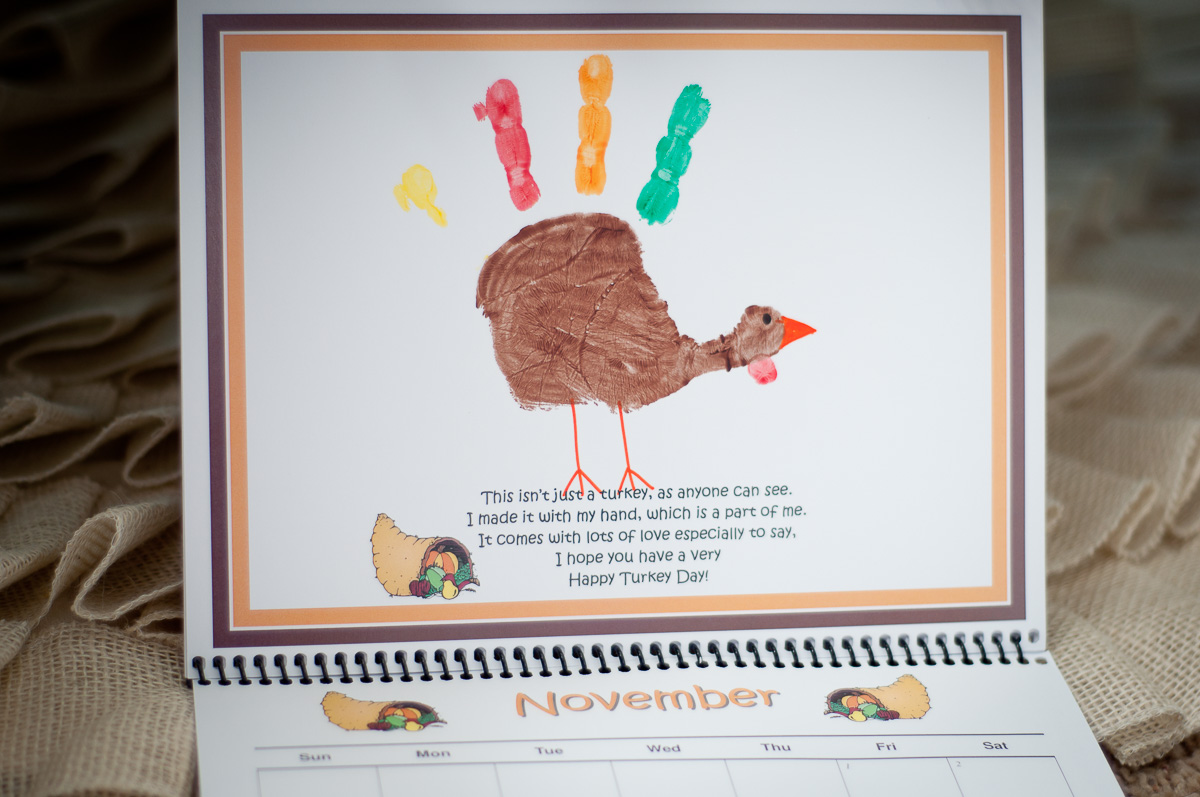 His best buddy from his class last year moved to afternoon preschool, so Blake was thrilled to reunite with him at the Christmas program. 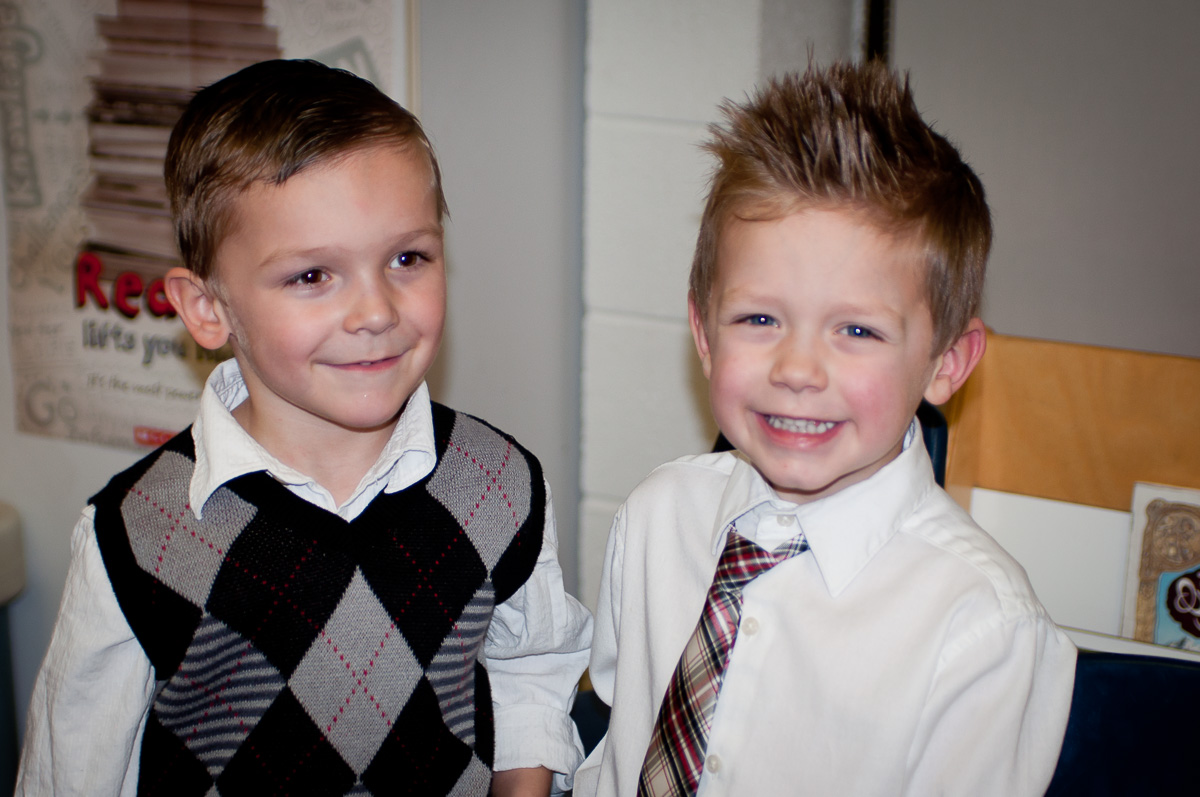 And then there was Nash’s program. It was a little less formal than the big kids’ program and was presented during school in his classroom. I could have died from how cute it was. Nash waved at me consistently through the first four or five songs. 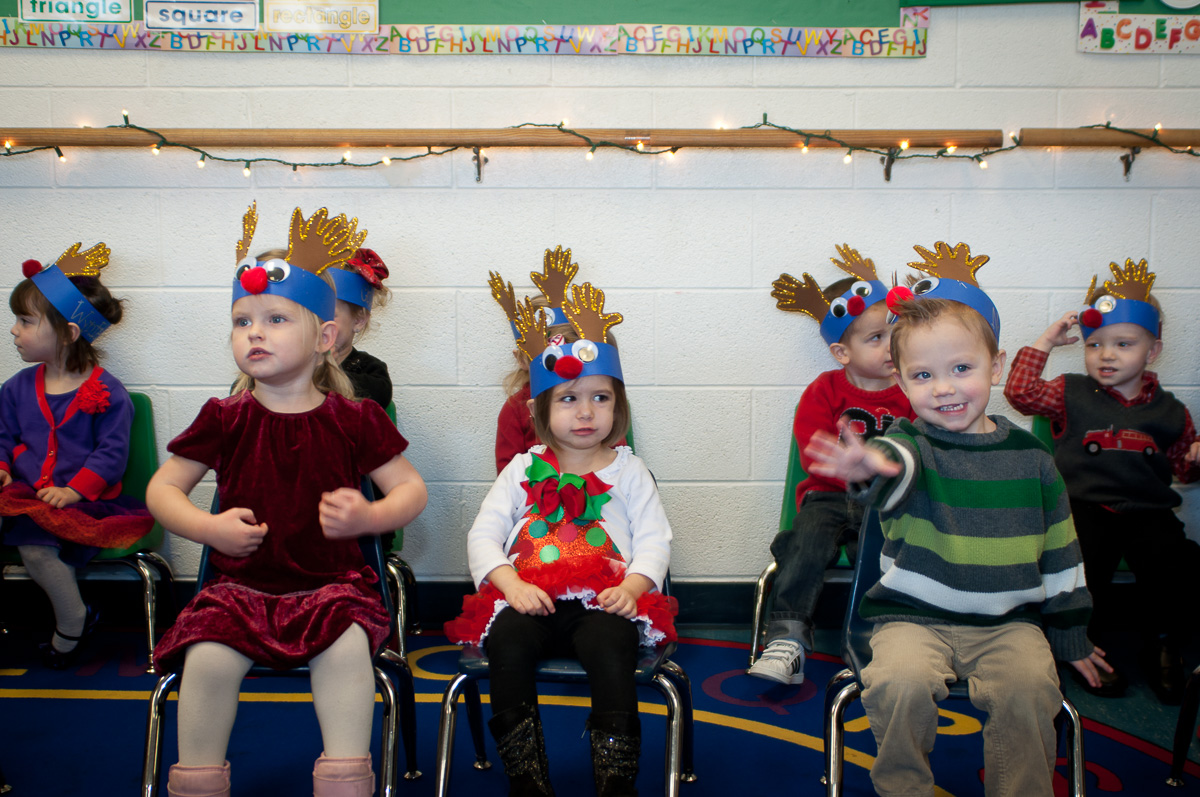 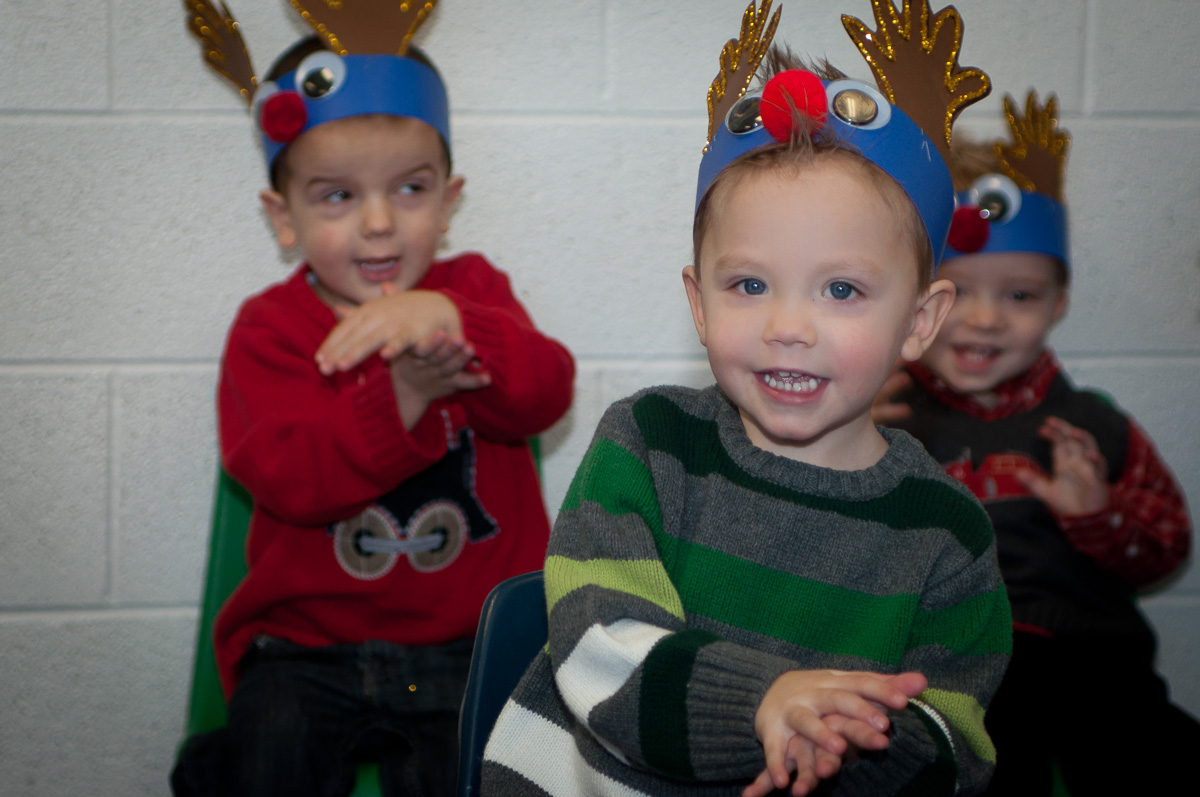 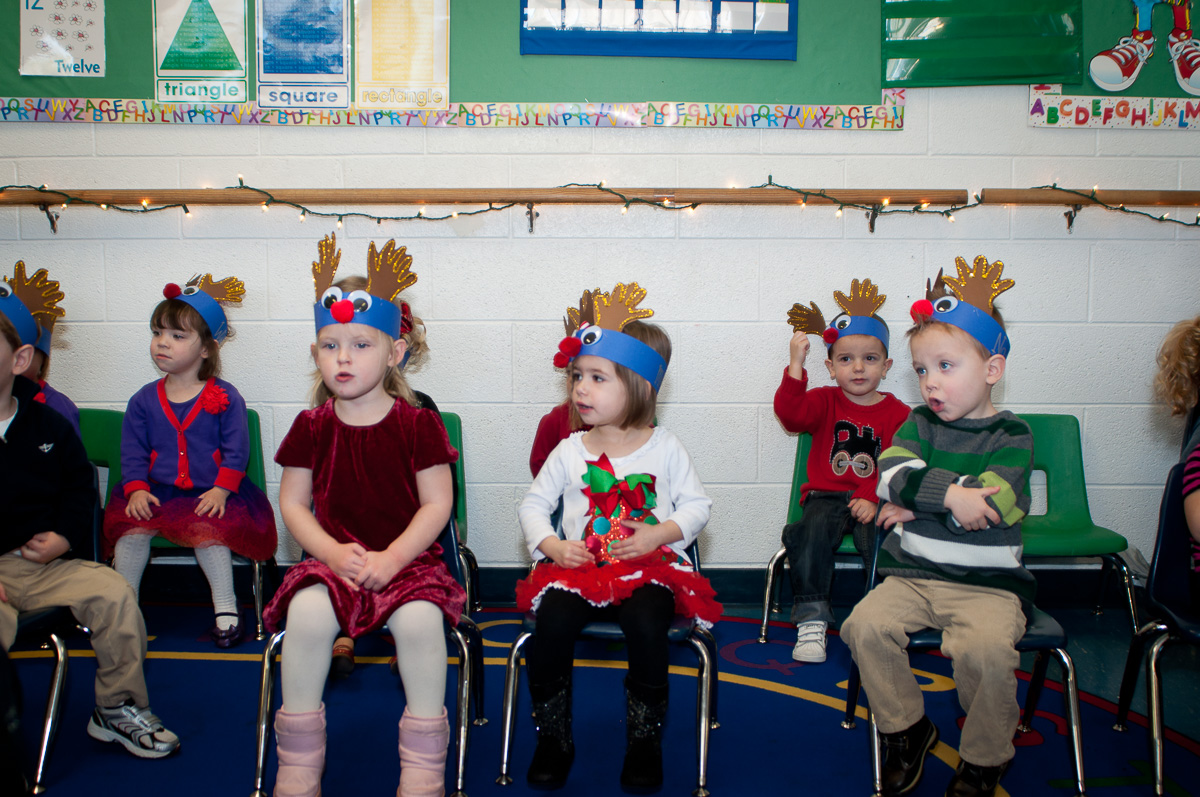 I may be biased, but he is the cutest reindeer I have ever seen. 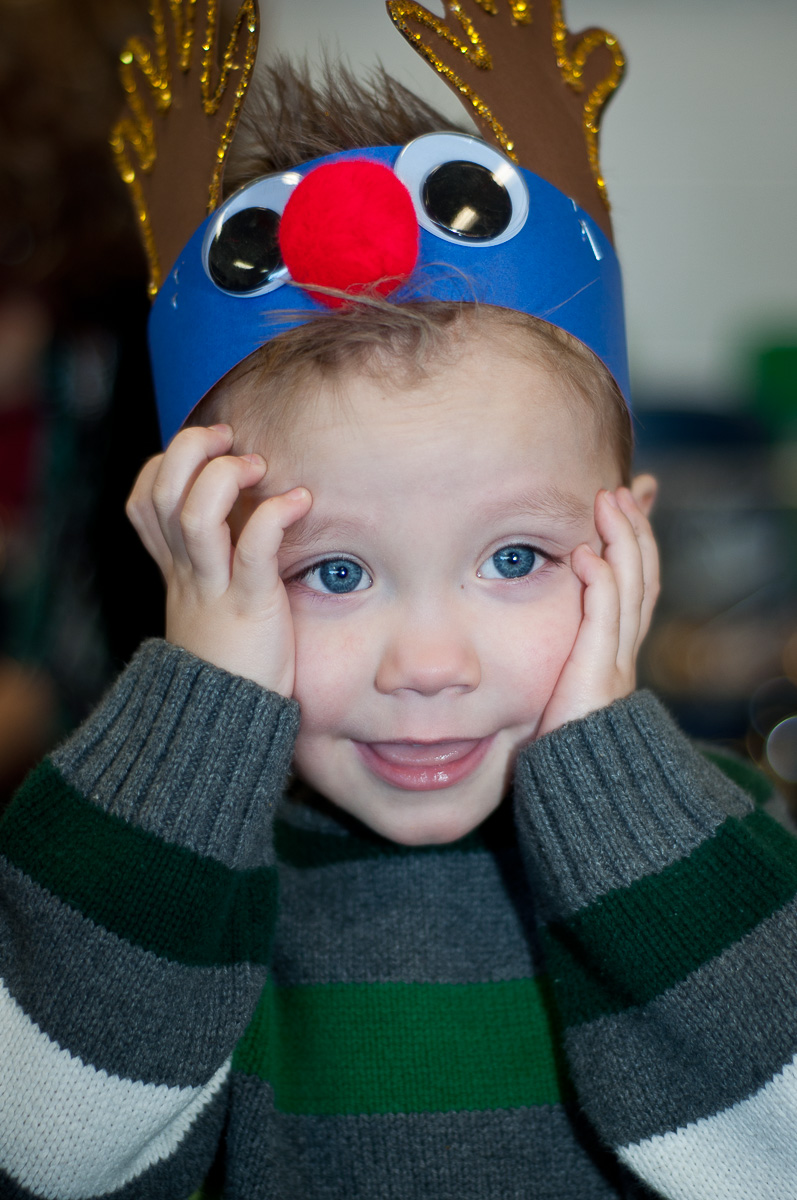 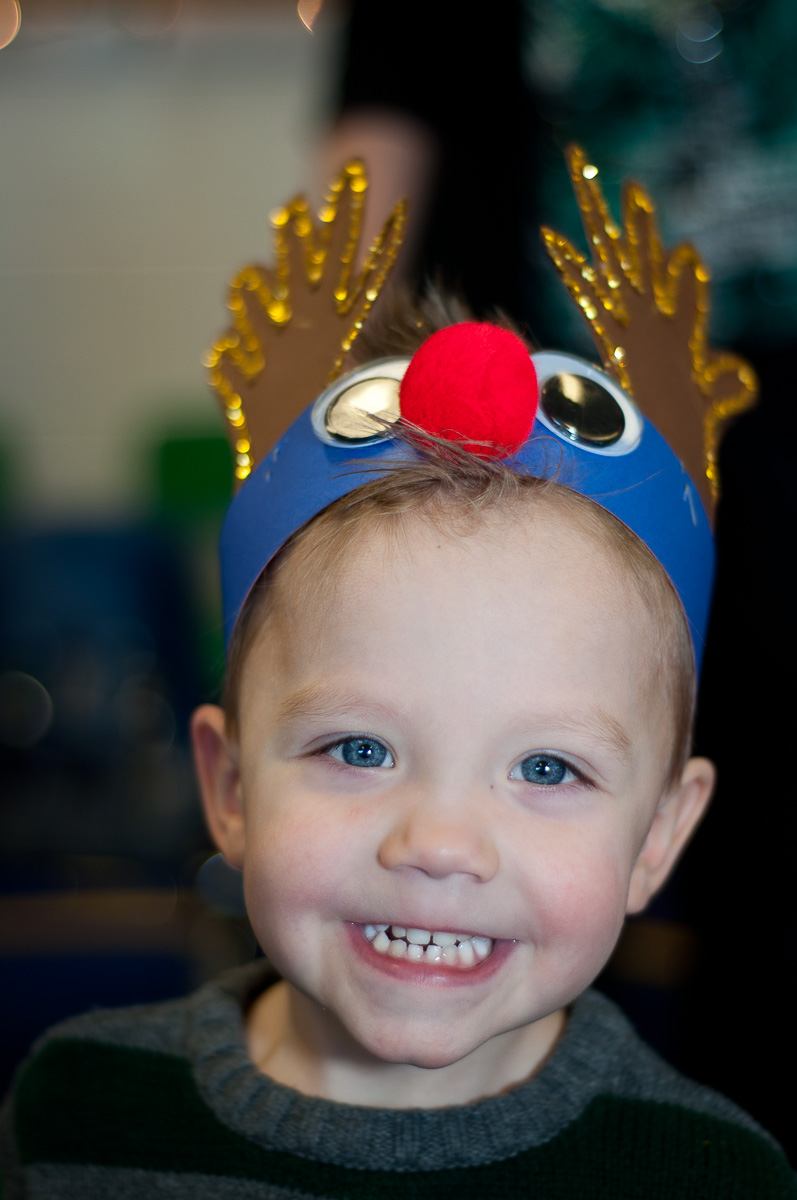 And with that, we are ready to relax, soak up our out-of-state family for the next week, and put all of the stress behind us.