We kicked off the weekend before Christmas by riding on the Polar Express.

It’s a real train that takes passengers through the mountains and during the Christmas season, transforms into a Christmas wonderland, complete with hot chocolate, elves, cookies, and the jolly old man himself.

All of Troy’s family came together for the occasion – all the way from Hawaii and California. 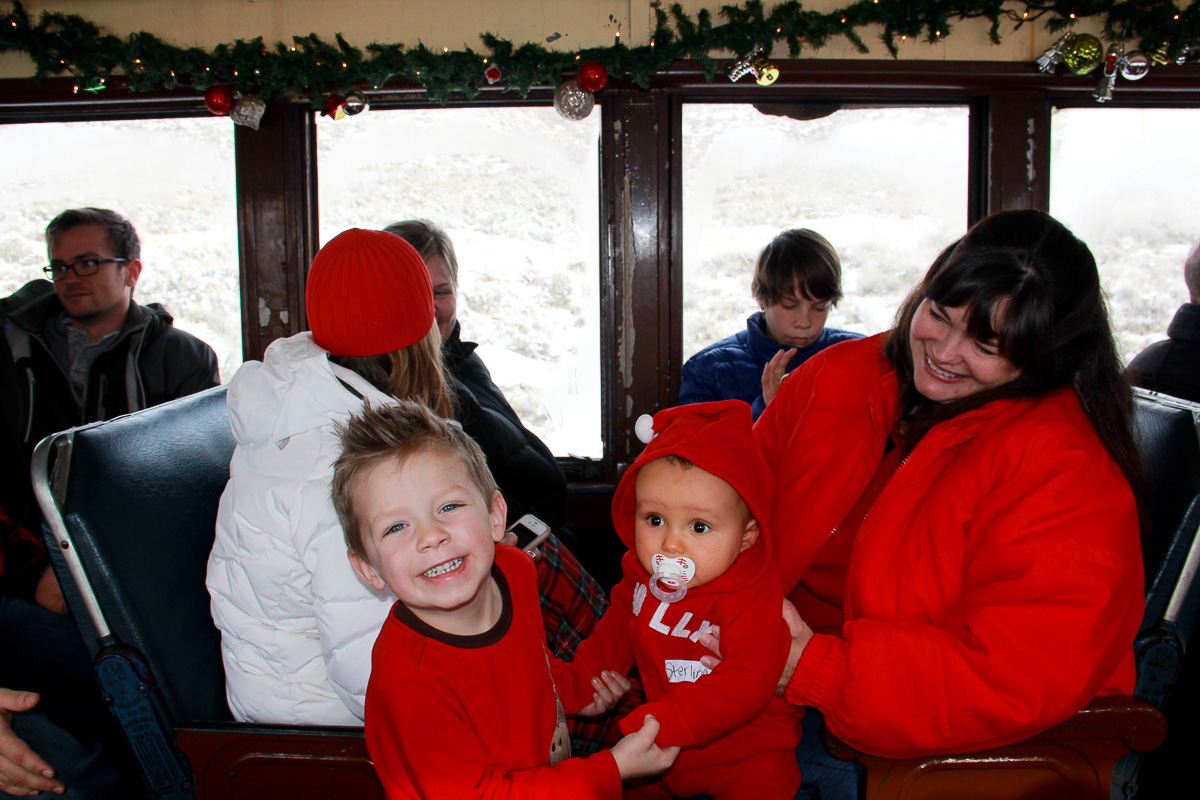 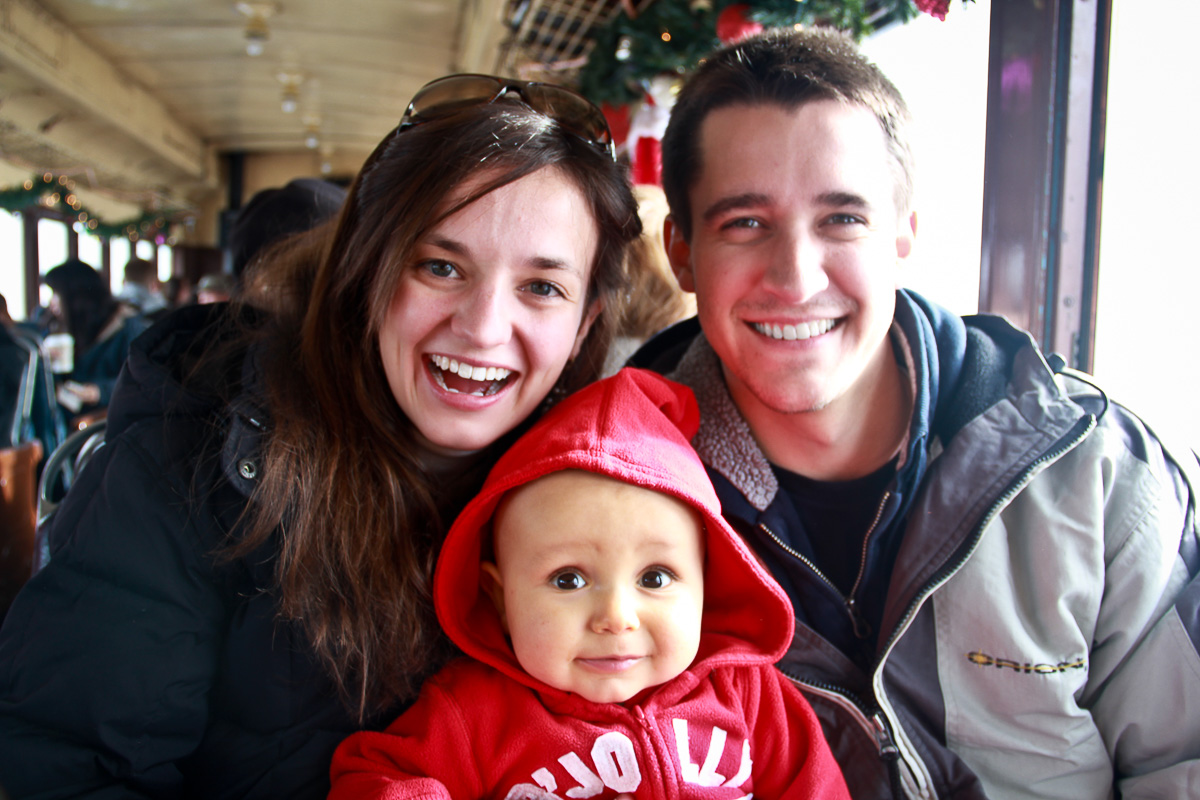 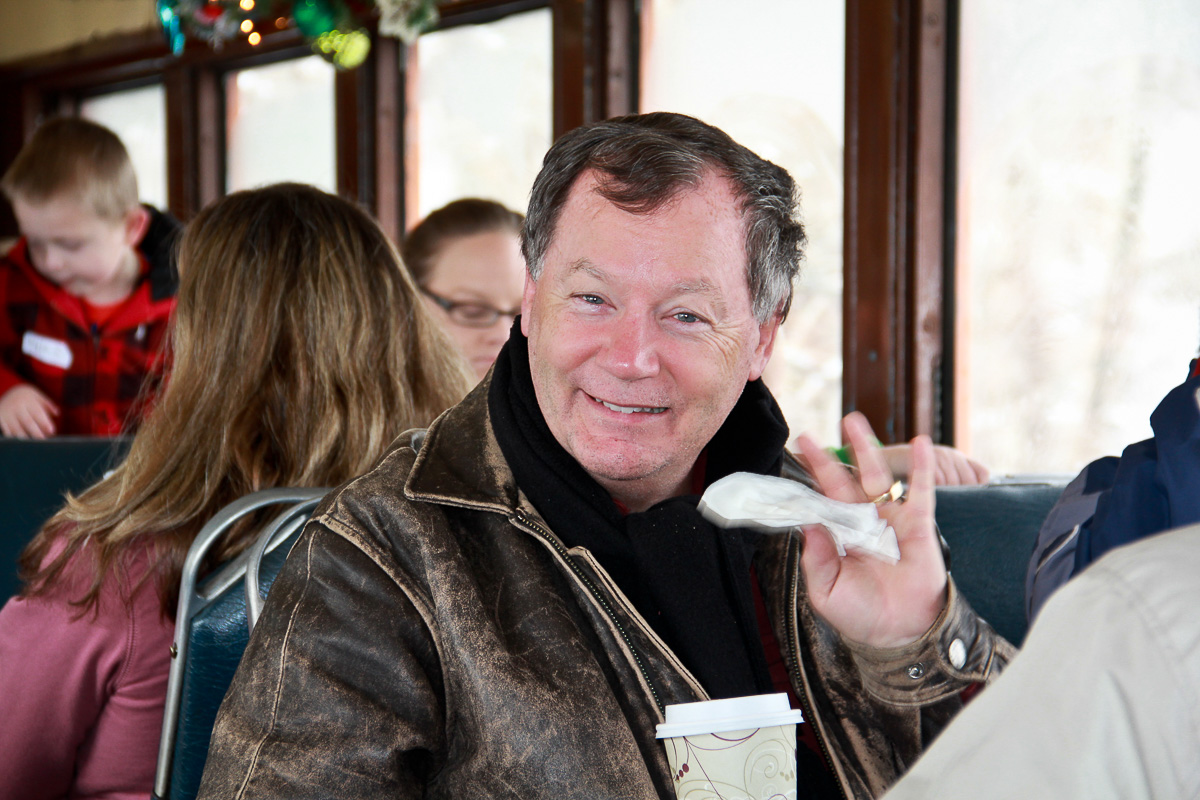 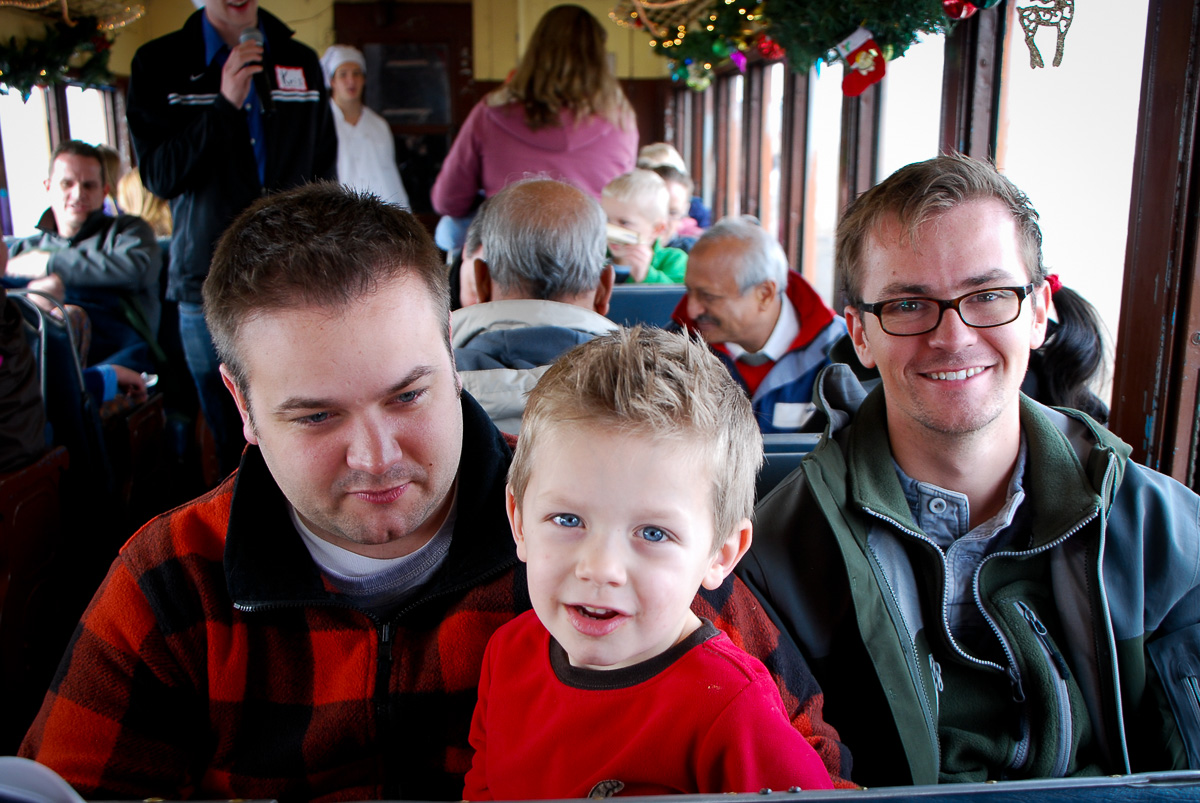 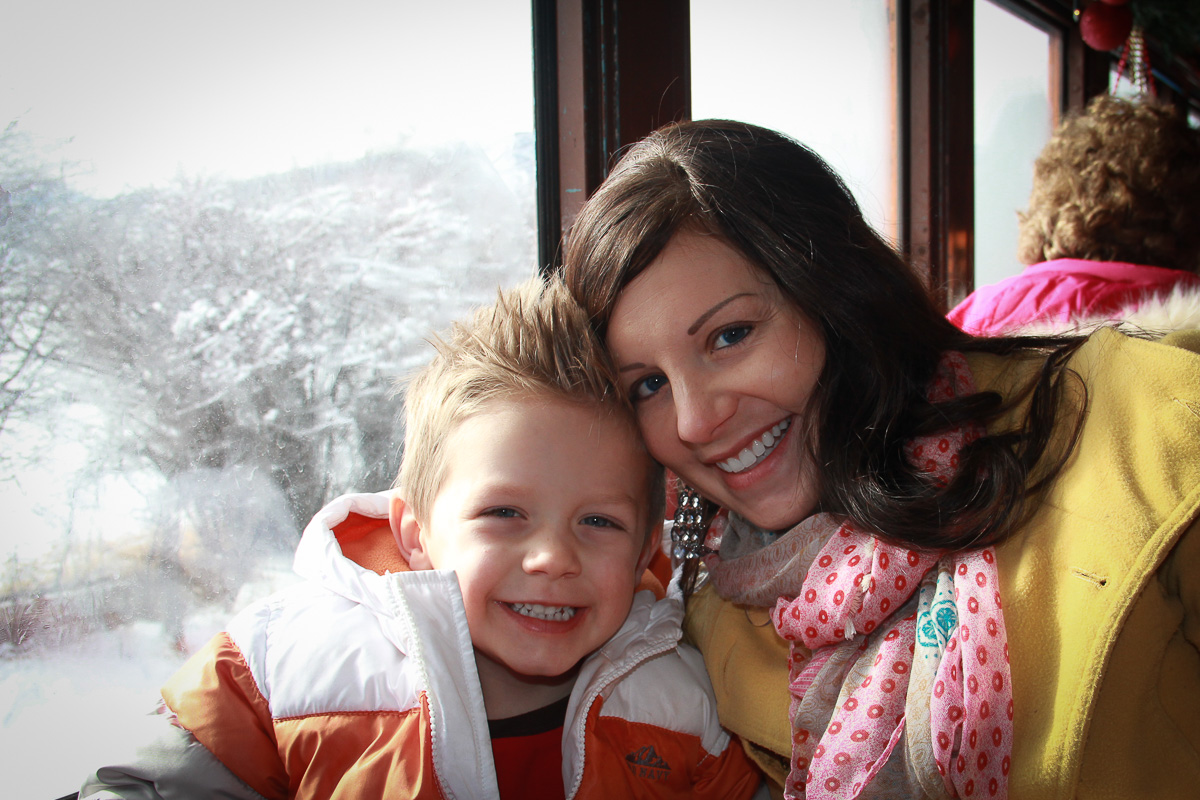 Blake and Nash have been watching the movie “The Polar Express” on repeat since June, so they were just as excited about riding on the train as they were about Christmas morning. They wore their Christmas pajamas, just like in the movie, for the occasion. 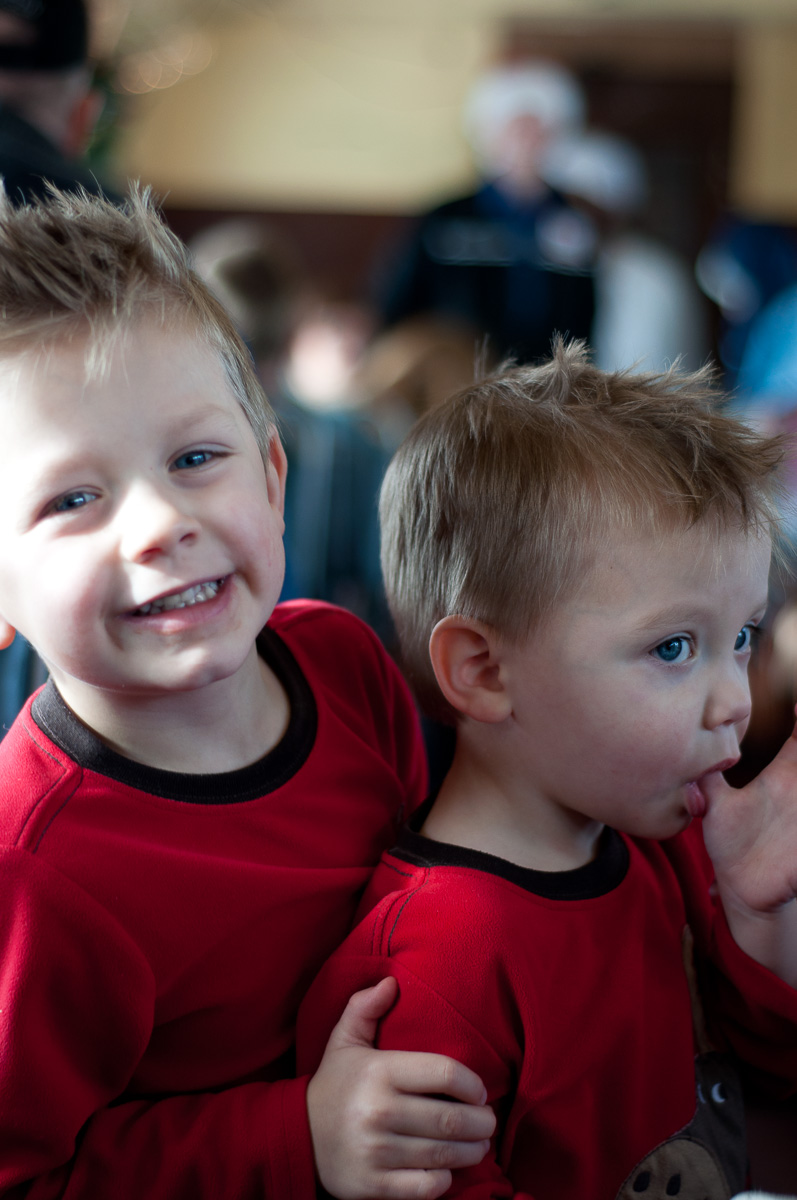 They especially liked when cookies and hot chocolate were served. 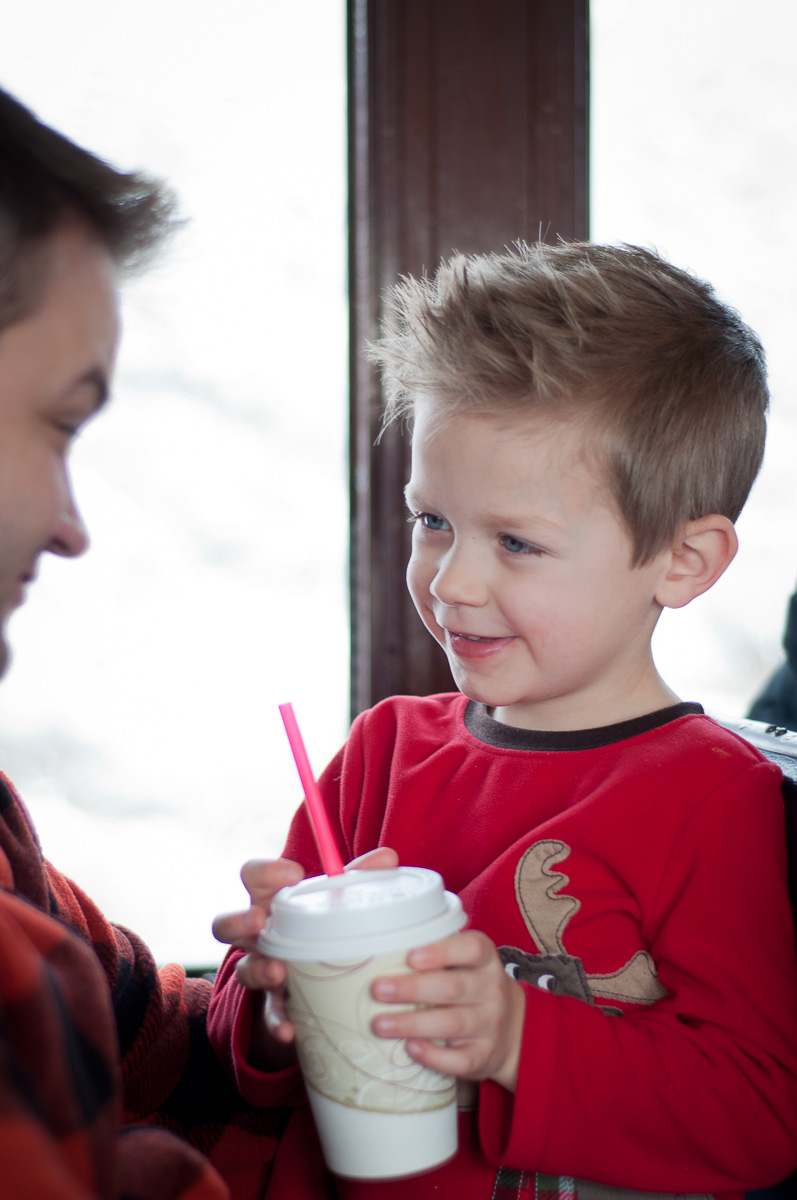 And elves sang and joked throughout the aisle. 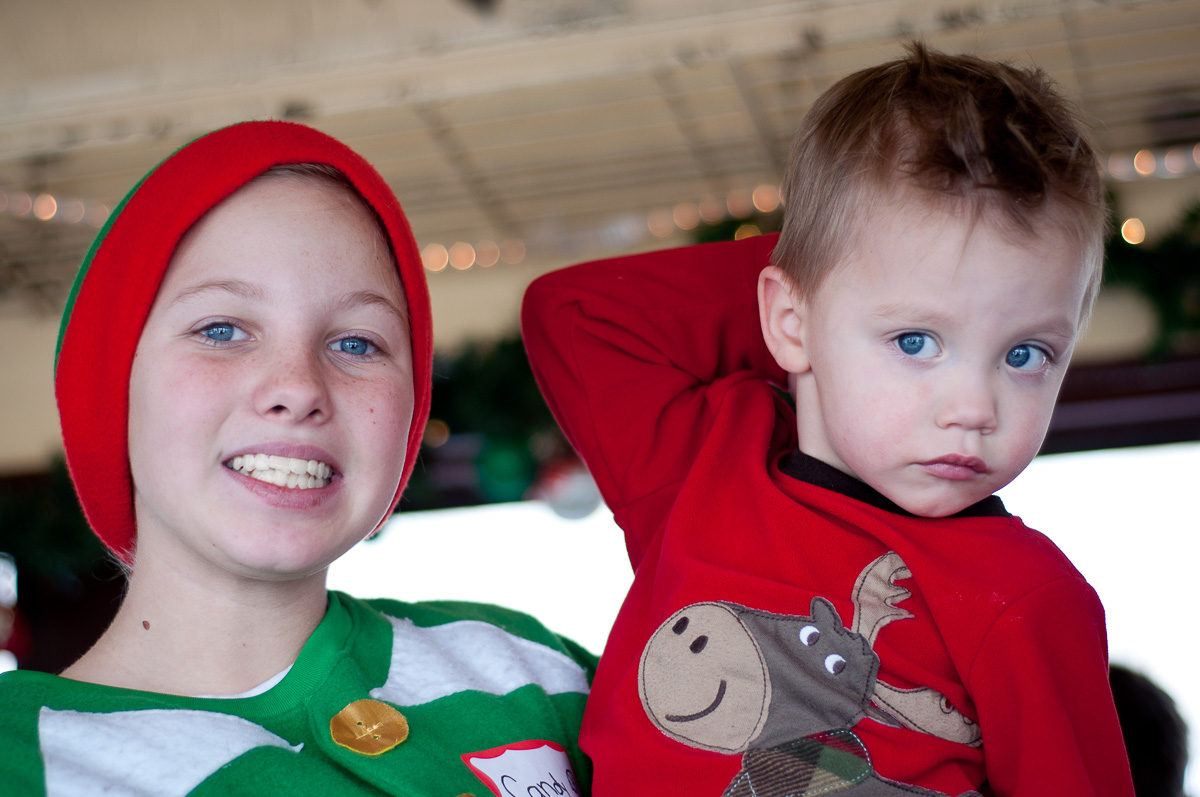 At last, as we rounded the corner of the icy lake, we saw a familiar figure in the distance. 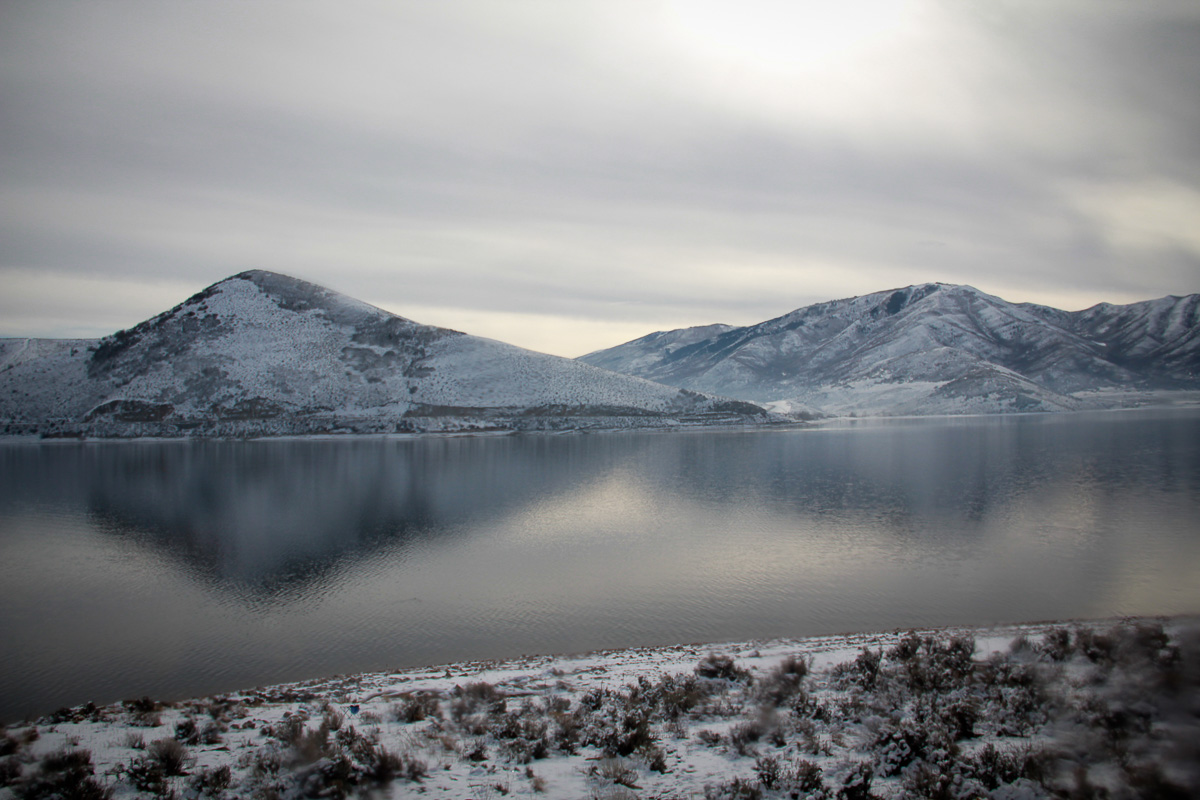 We spotted Santa Claus waving with his reindeer. We tried to convince Blake that we had reached the North Pole, but he was a little skeptical. 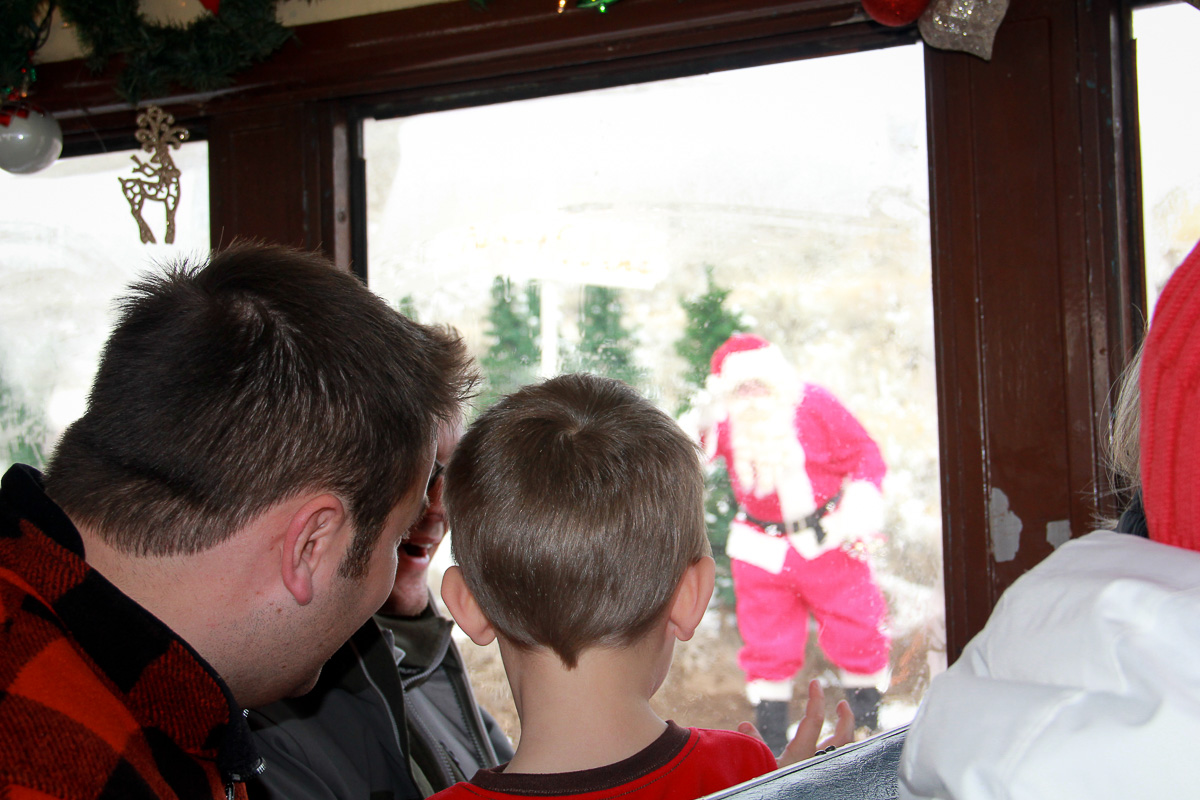 Santa visited each train car and presented the first gift of Christmas to each child; a golden bell. 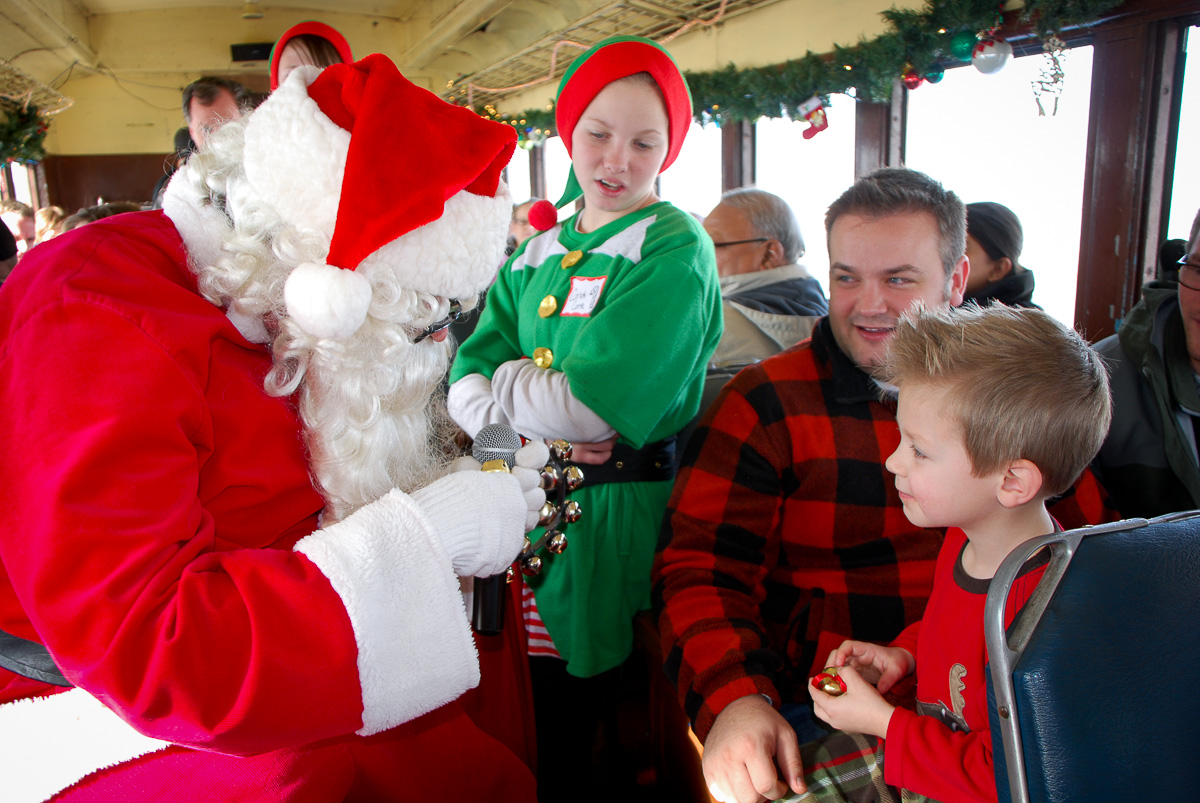 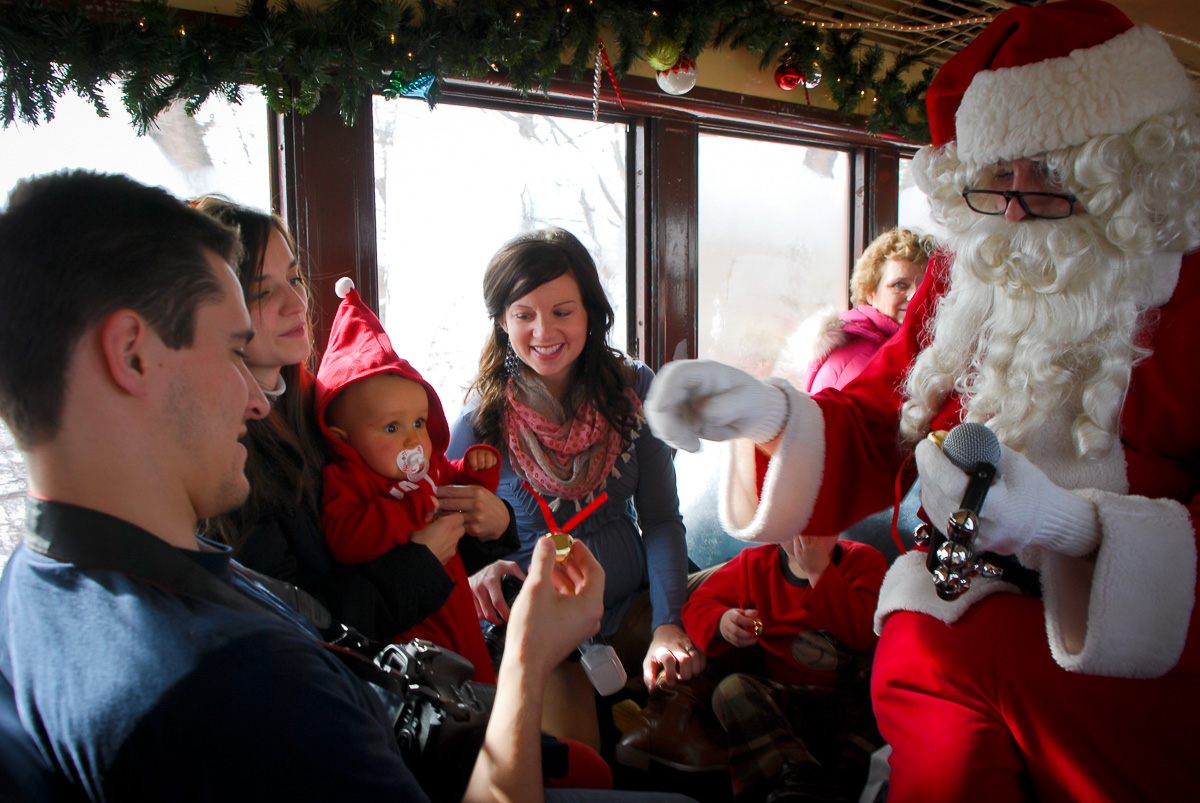 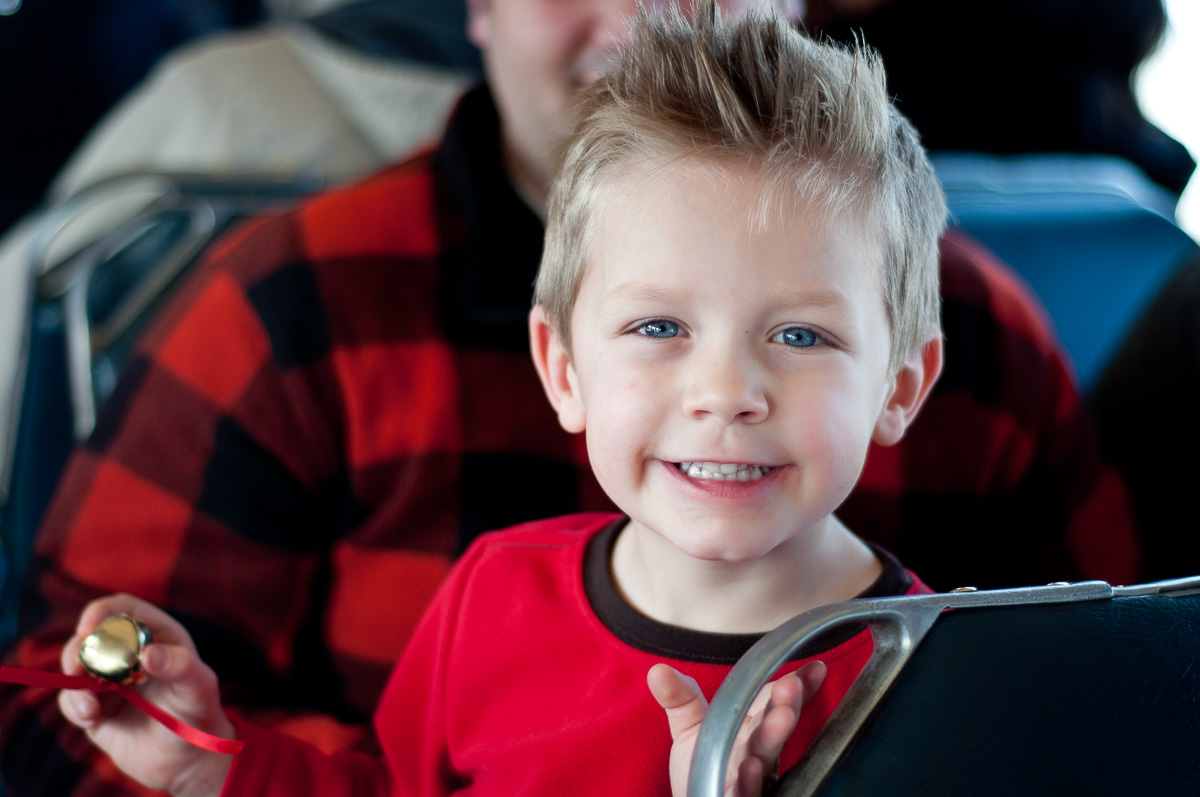 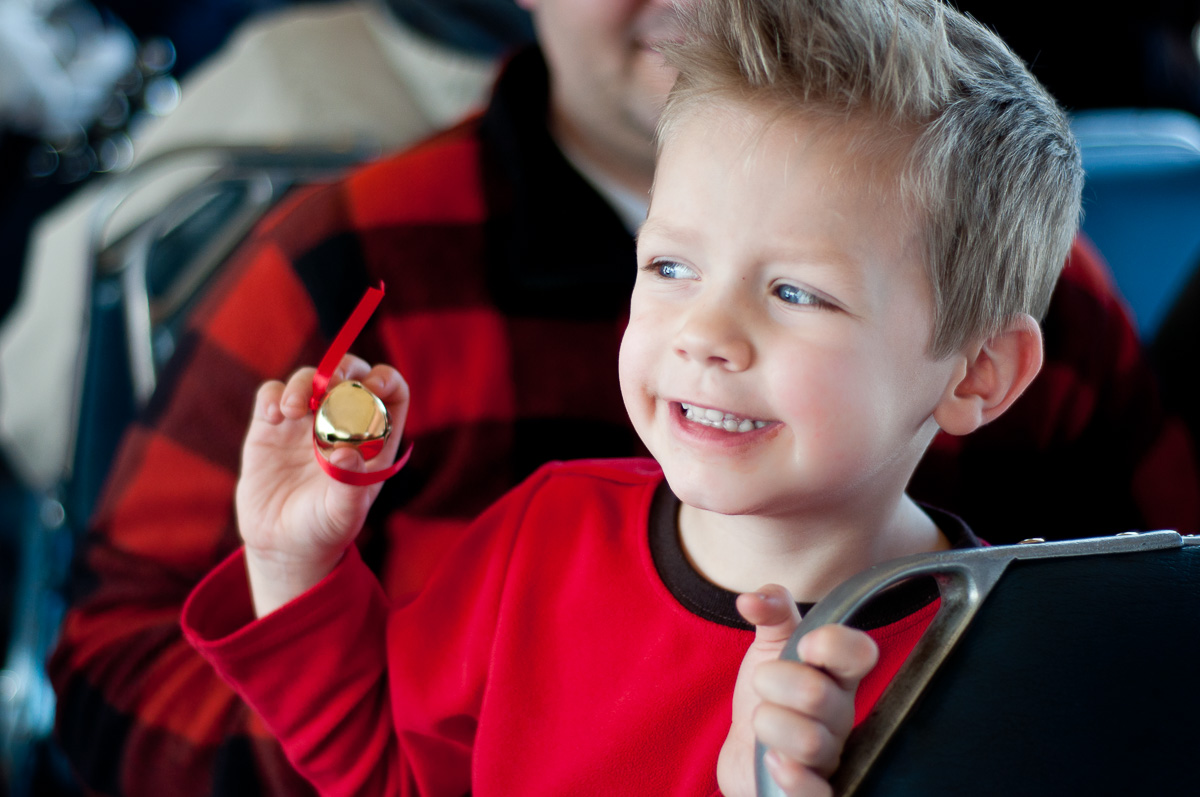 These three cousins were pretty excited about those little ringing treasures. 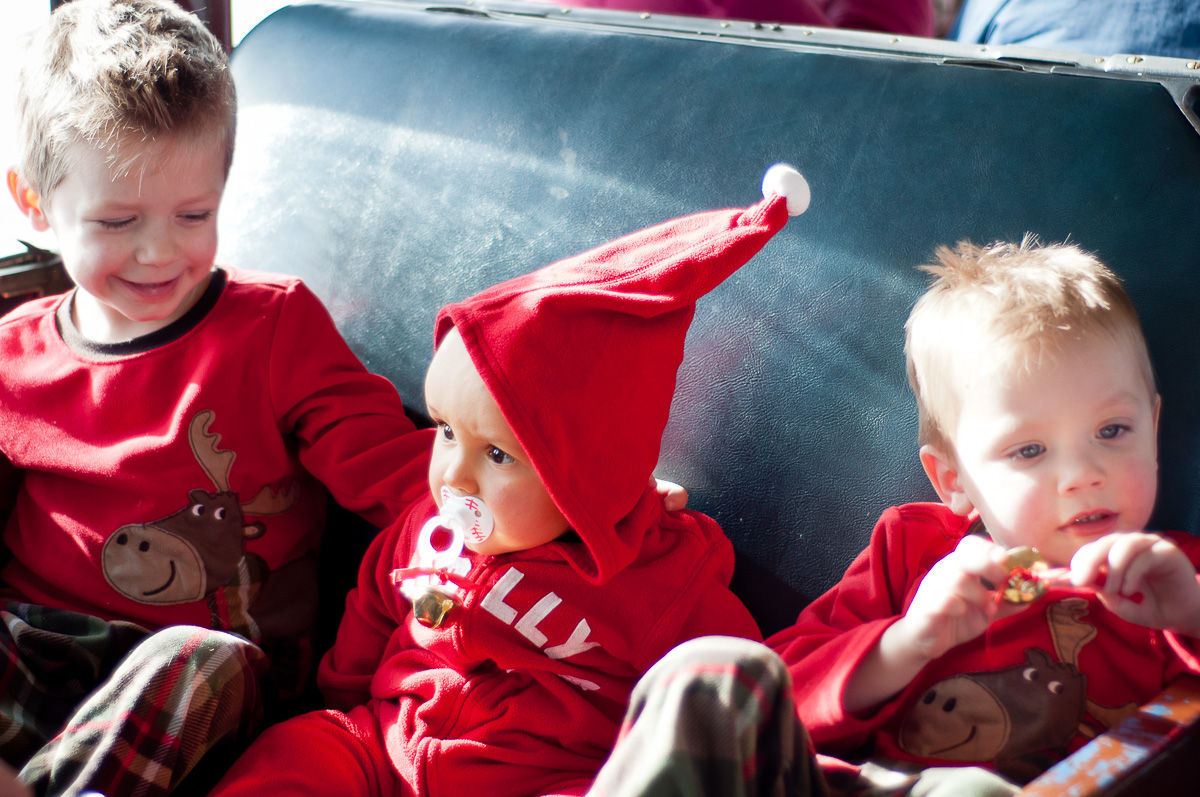 Blake absolutely doted over his cousin Sterling. It made me excited to have a baby around again. 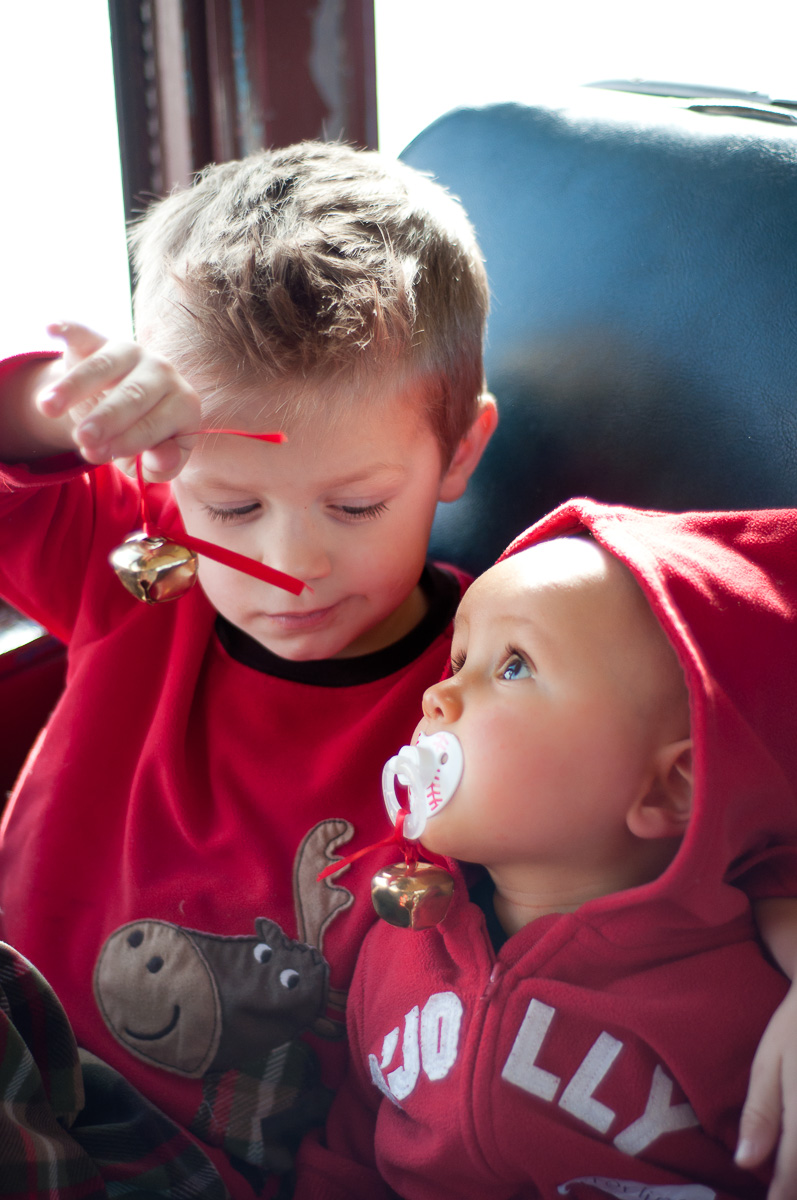 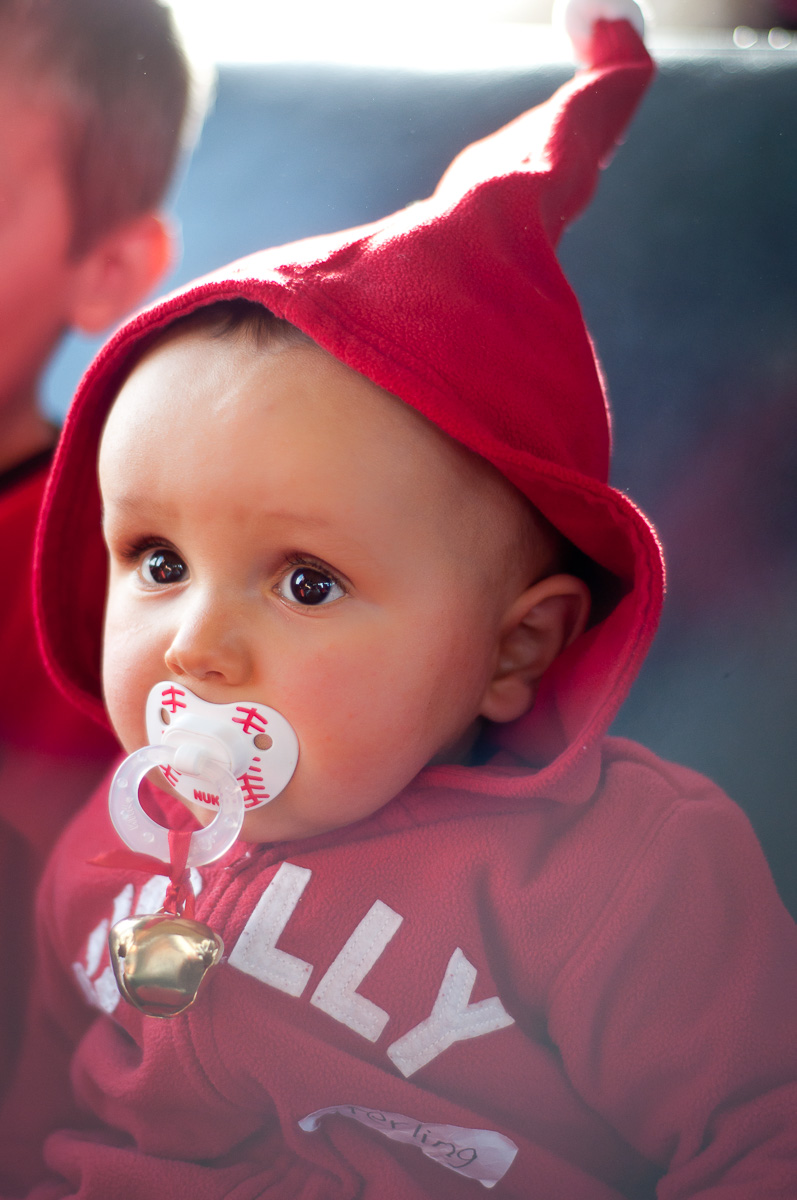 We eventually made it back to the station where the boys insisted on climbing on the old engine, despite how freezing cold it was outside. 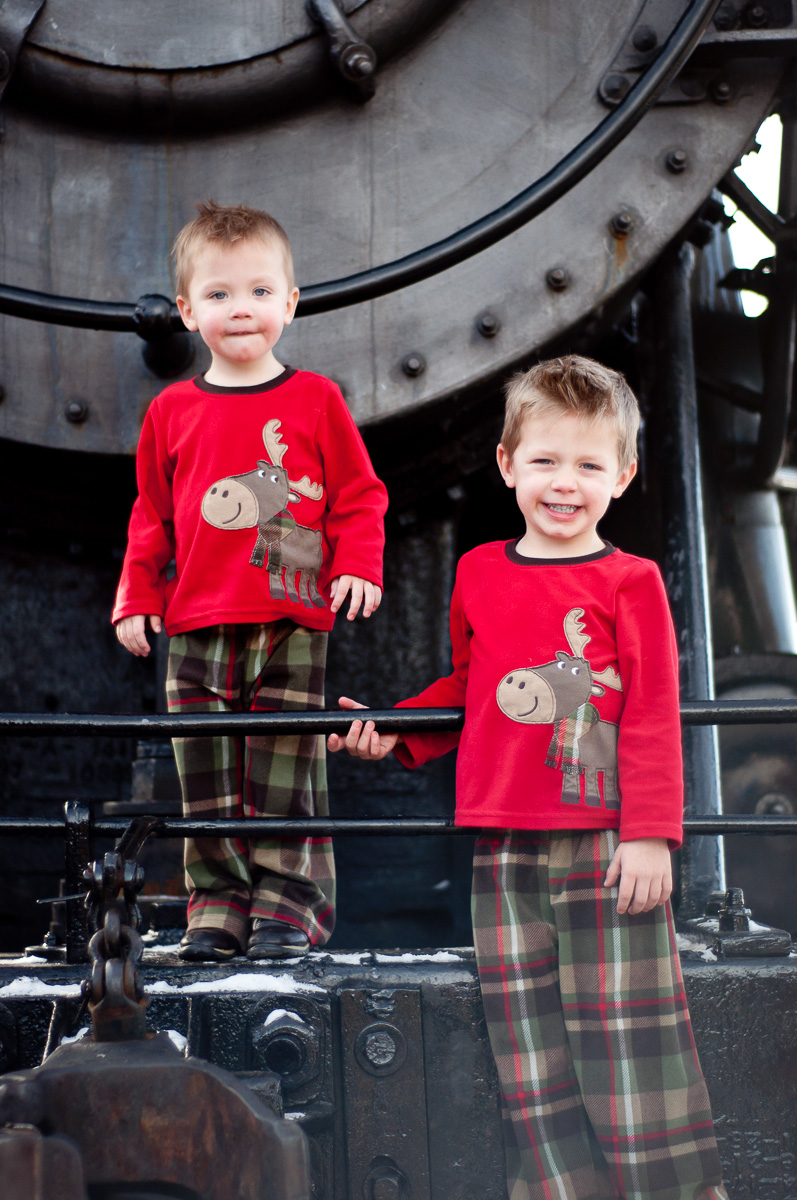 And with that, the magic of Christmas began.