At last, the most anticipated morning of the whole year arrived. 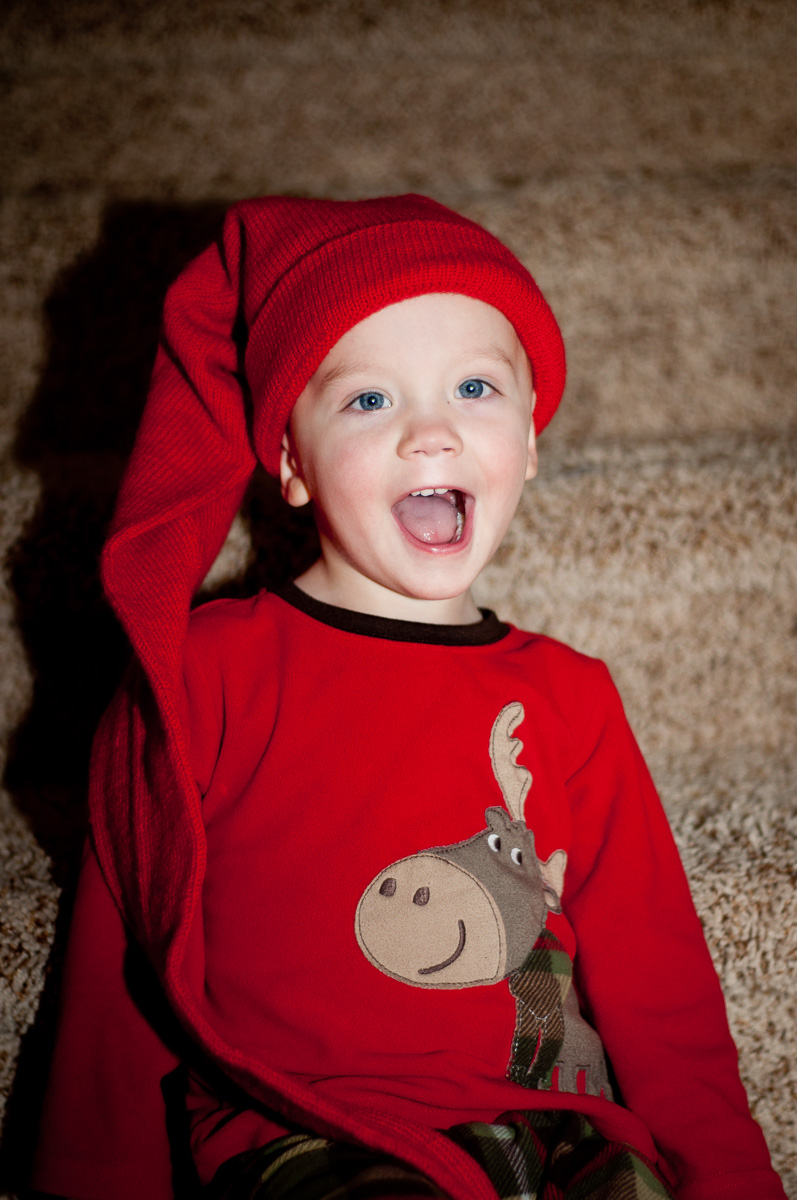 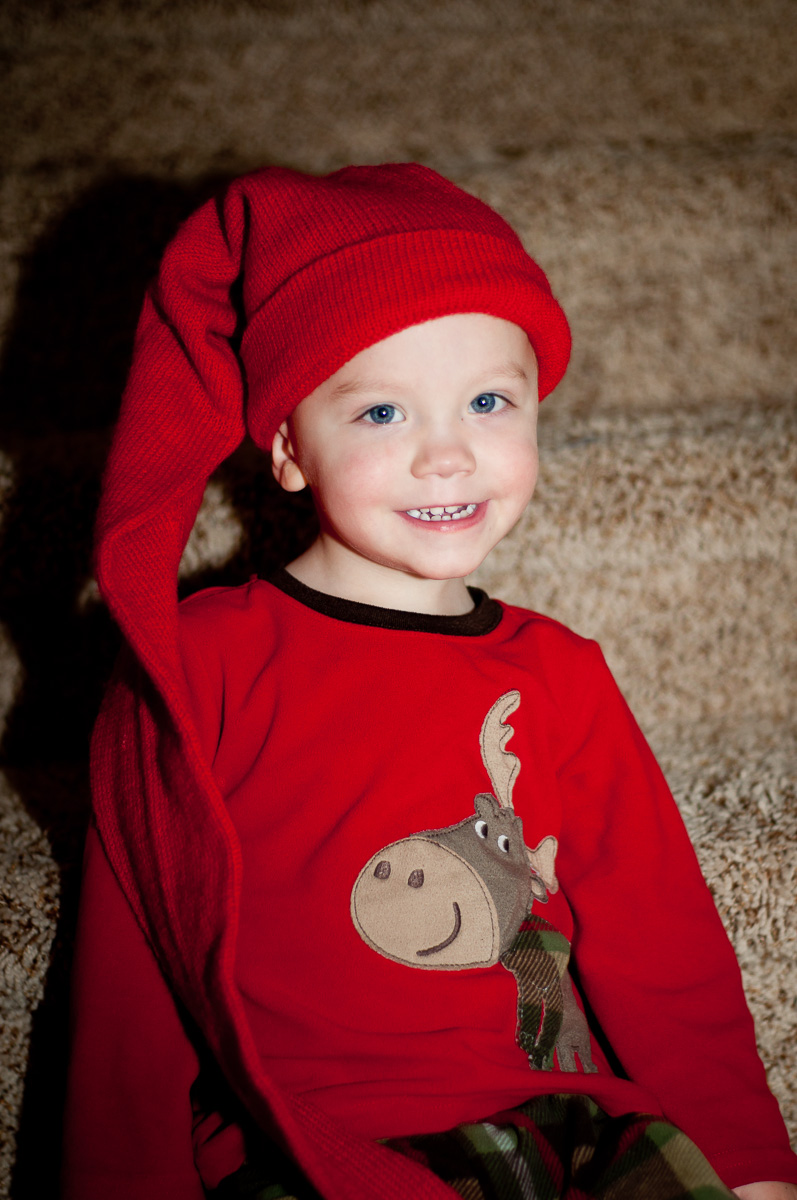 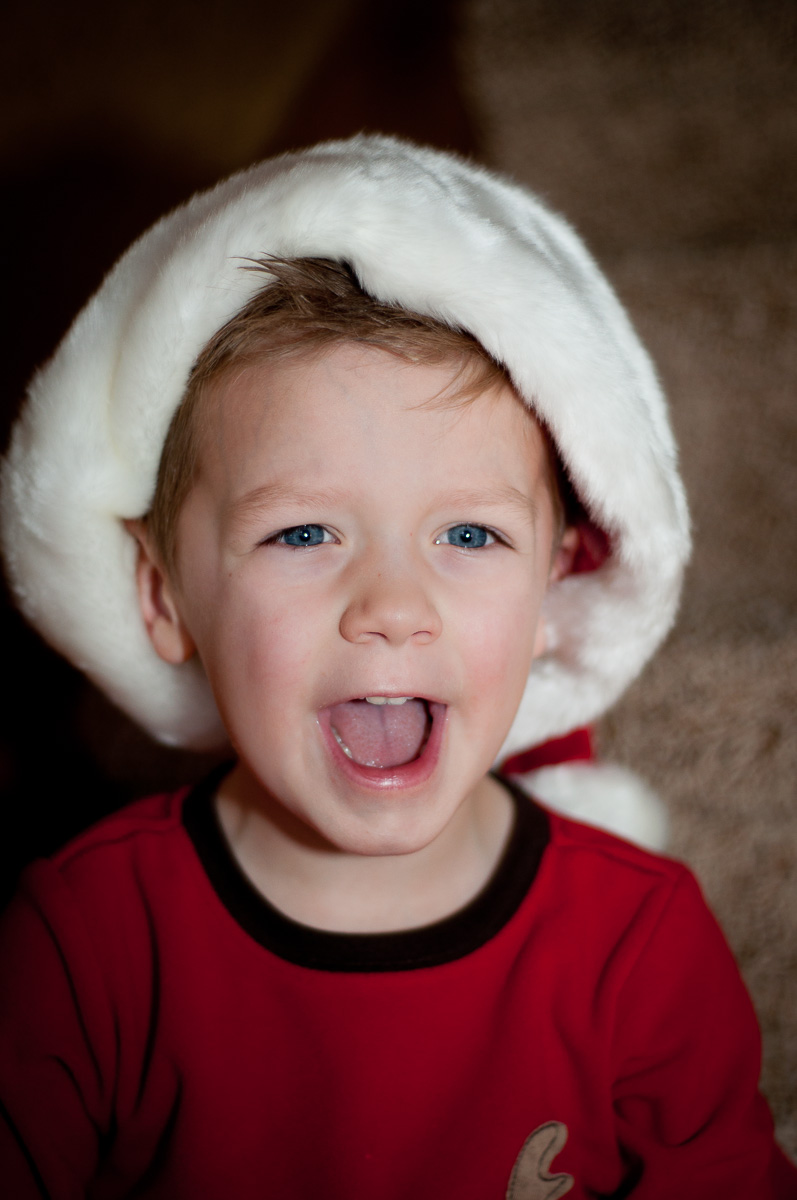 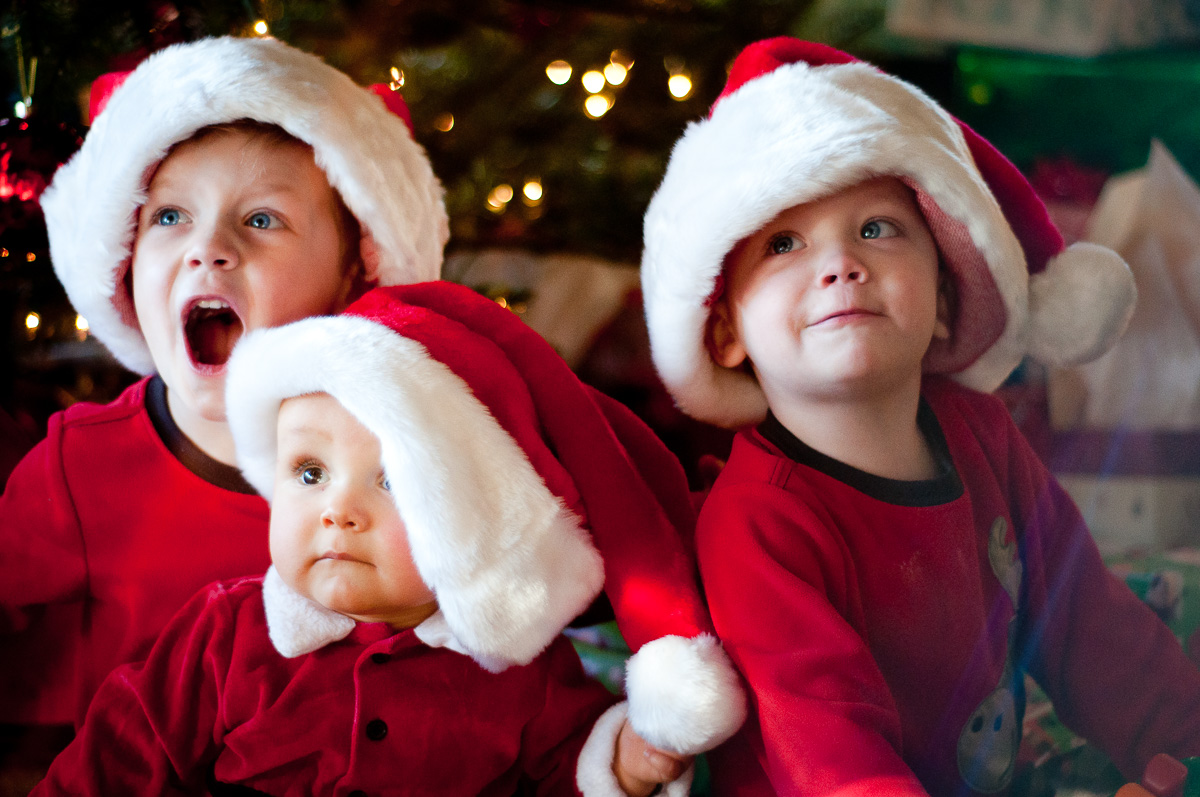 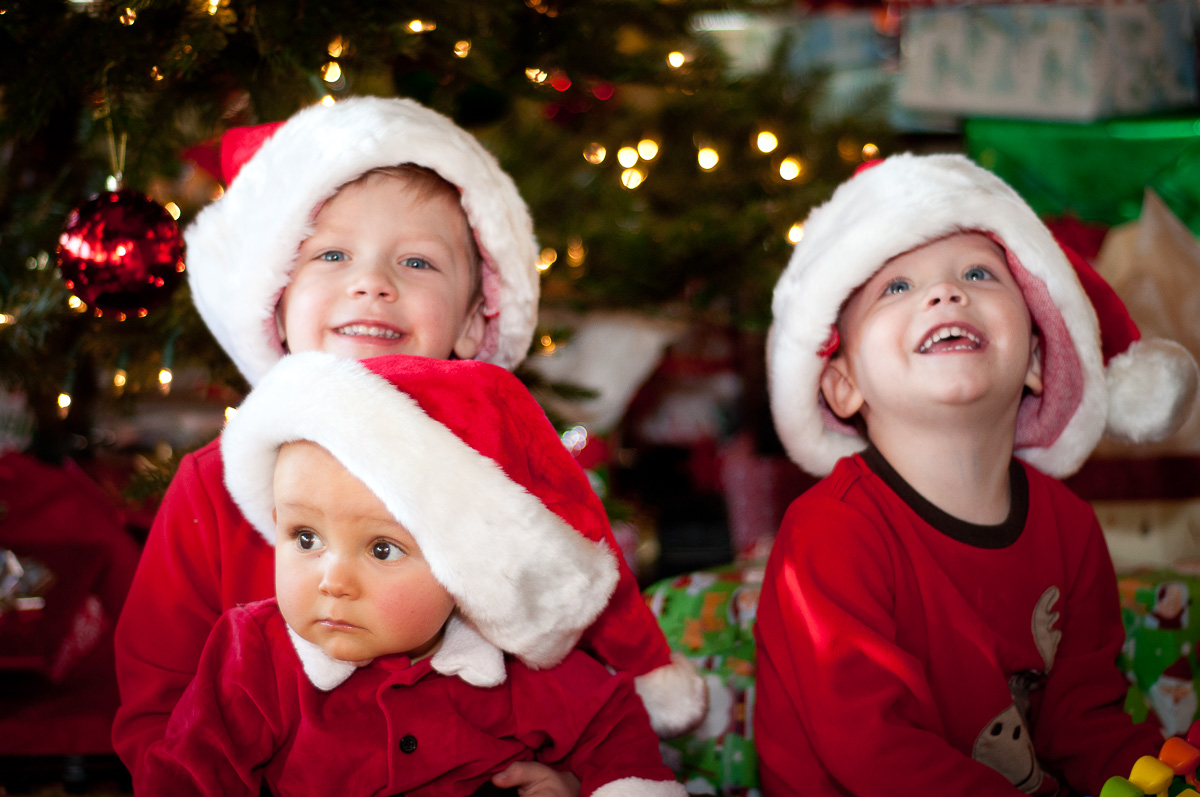 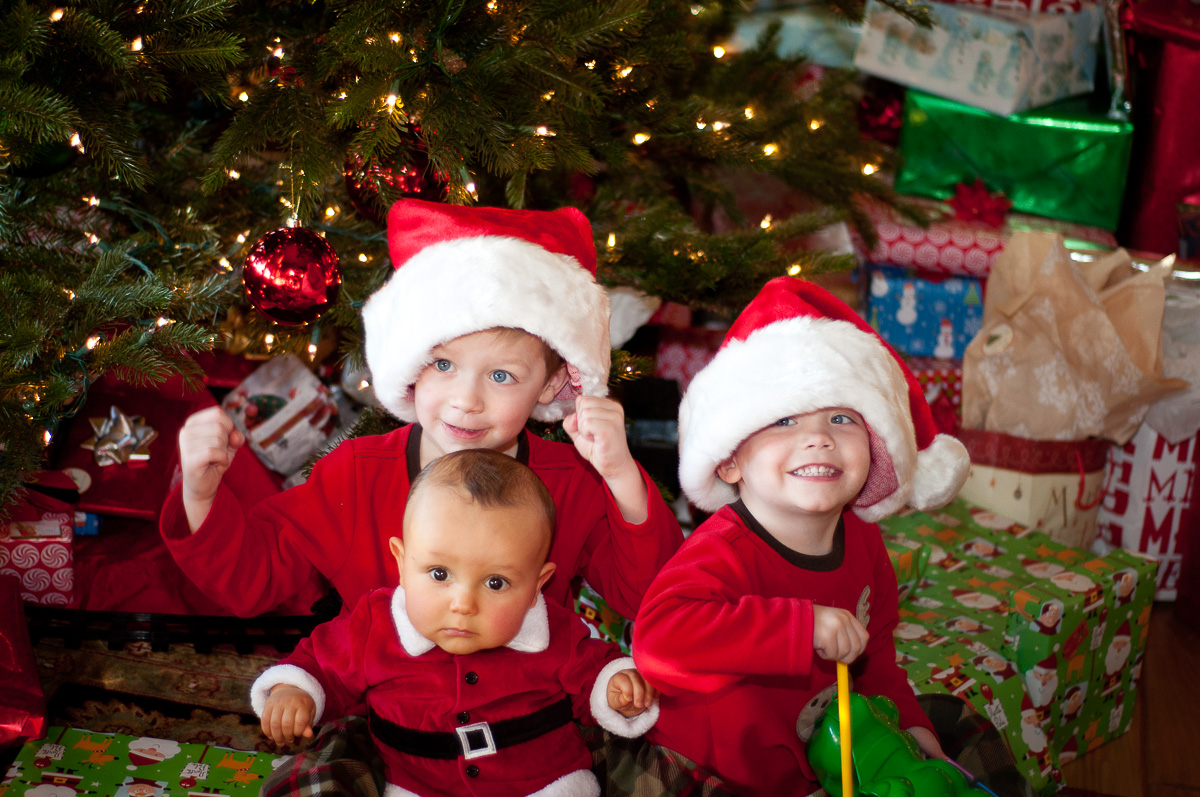 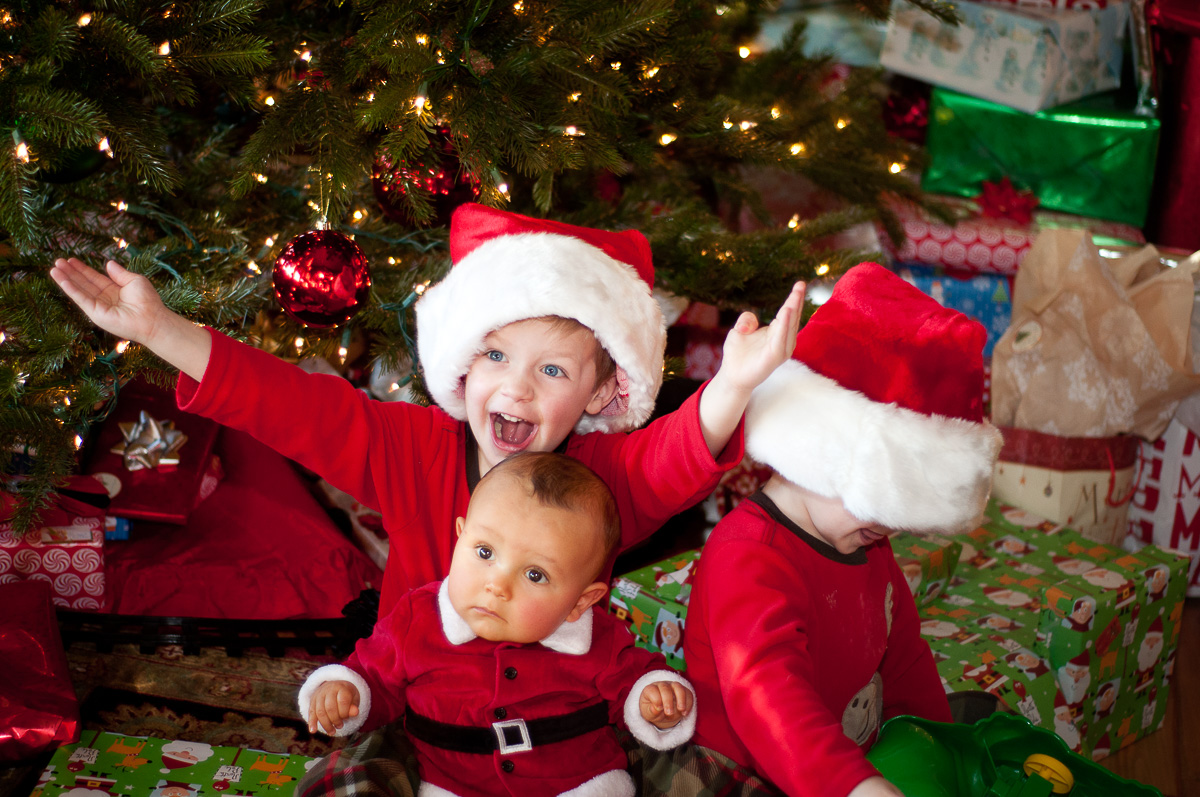 The best part of Christmas morning was how excited Blake was to give. He spent hours crafting “Mickey Mouse Ferris Wheel” masterpieces for each relative. He helped me wrap them all and insisted that they were the first gifts to be opened. 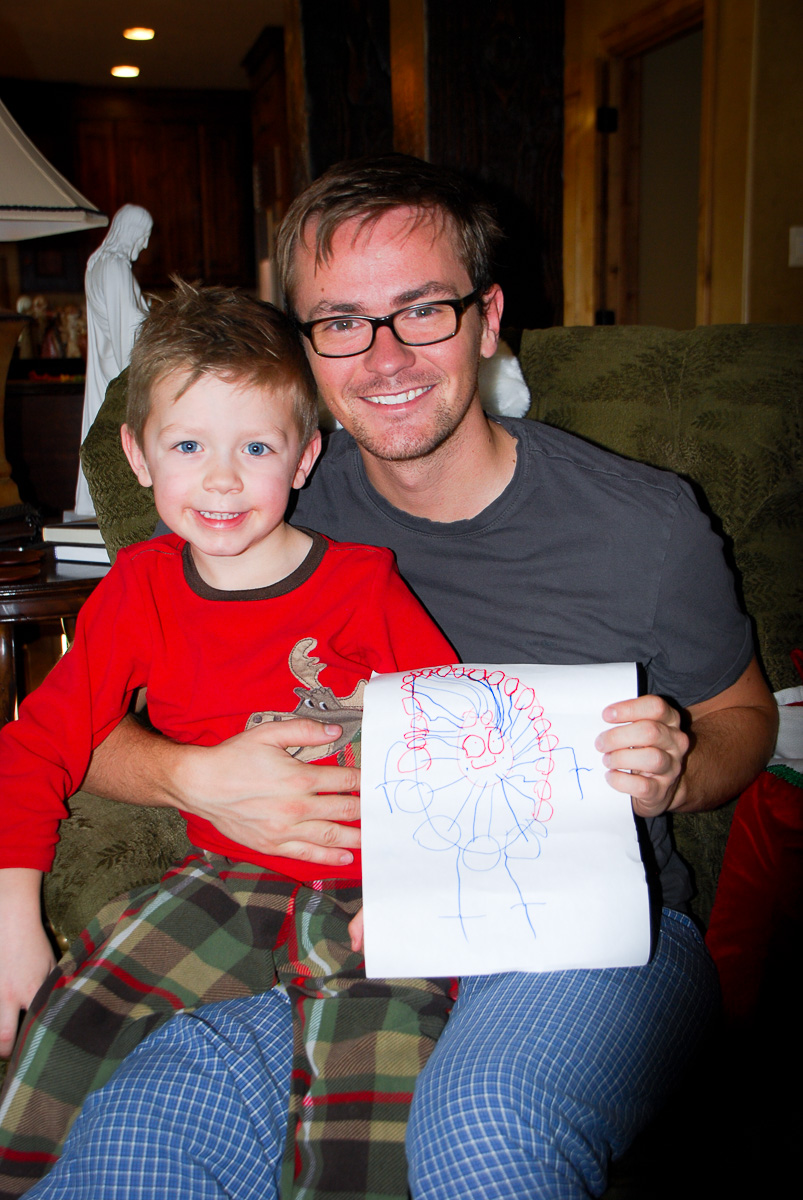 He couldn’t wait to give his cousin a toy either. For days leading up to Christmas, he kept telling his aunt and uncle, “Sterling’s going to love the present we picked out for him.” 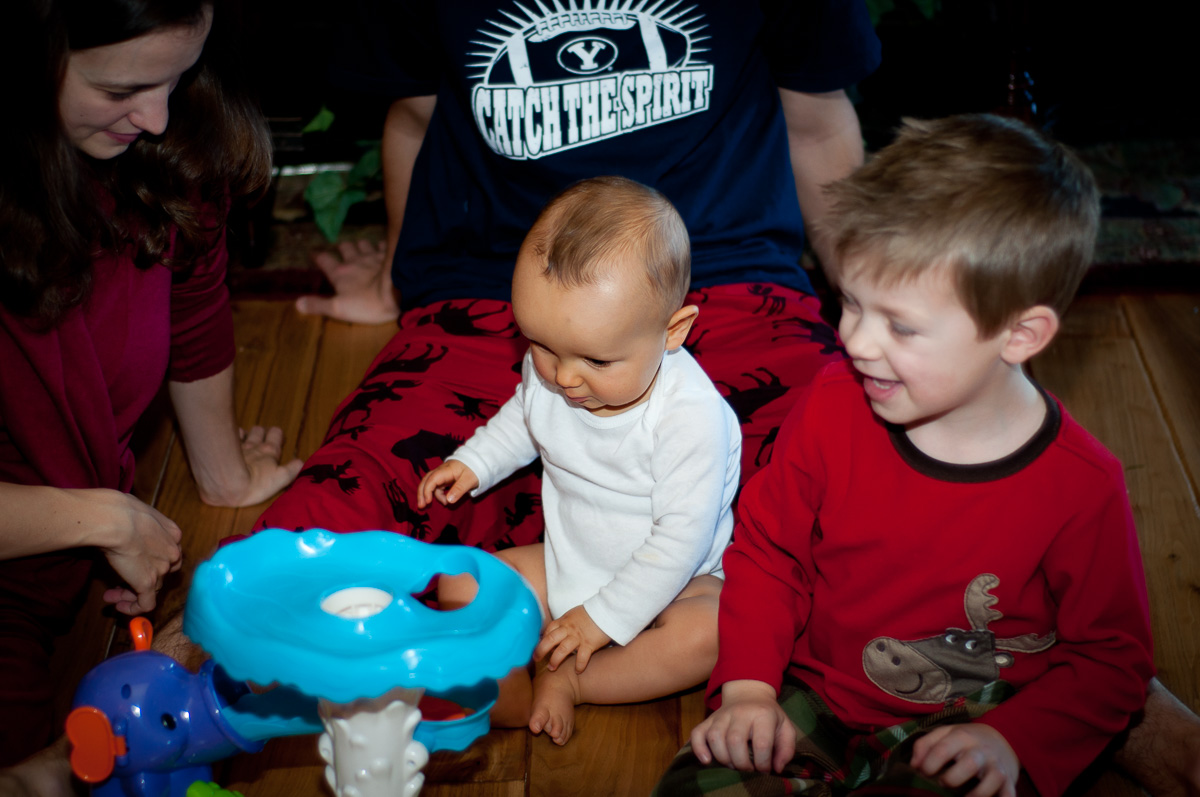 Nash’s ultimate favorite gift from Santa was two new Leap Frog DVD’s. He didn’t care about opening anything else, he just kept asking, “Can I watch Numberland now?” 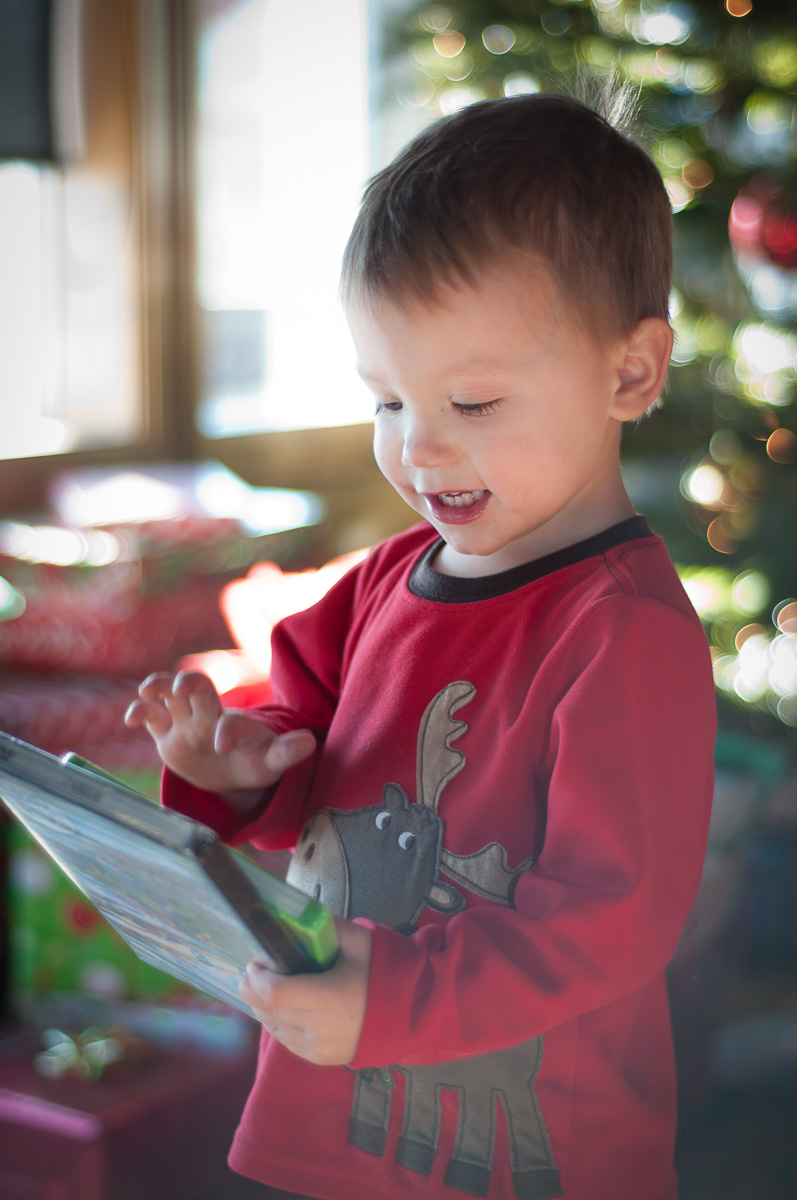 And Blake asked for a car set from Santa. Santa had no idea what a car set was, so we searched on Amazon one afternoon to give Santa a more specific idea. Blake set his heart on a Shark Ship, which I guess is similar to a car set except it’s a boat? Regardless, he was one happy camper to receive the Shark Ship on Christmas morning. 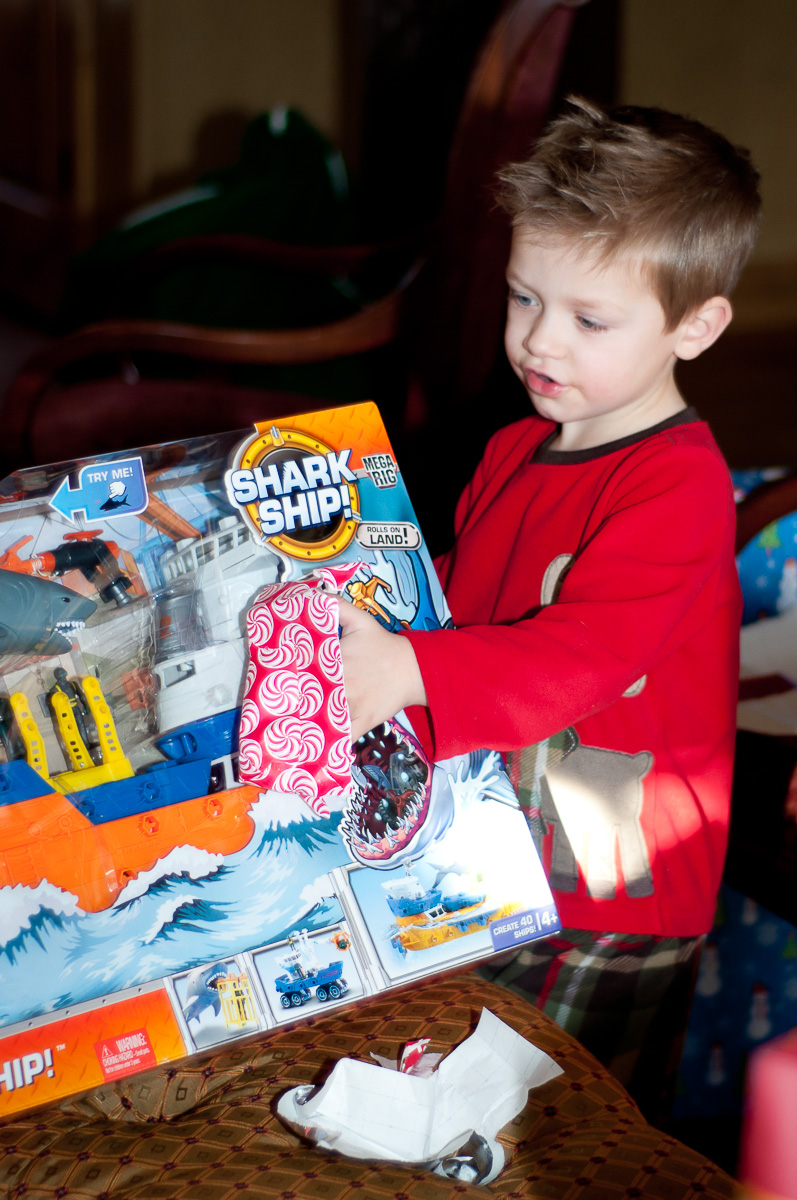 We spent the day in our pajamas assembling new toys, eating good food, and watching movies. I think everyone even got a nap in, except me of course. There was no way Blake was going to take a break from playing and he needed someone to share all his excitement with. I didn’t mind one bit.