The boys played Tball throughout the month of July.

Tball is hilarious. It never gets old to watch the little players run around with no clue as to why, or go after the ball they just hit, or sit in the outfield and pick dandelions when they are supposed to be catching the ball.

We didn’t have high expectations as far as the actual sport went, but we loved watching them eventually figure out the rules and get some good exercise while participating.

Plus, they got to play on the same team which was an added bonus. We were known as the family with “the brothers.” 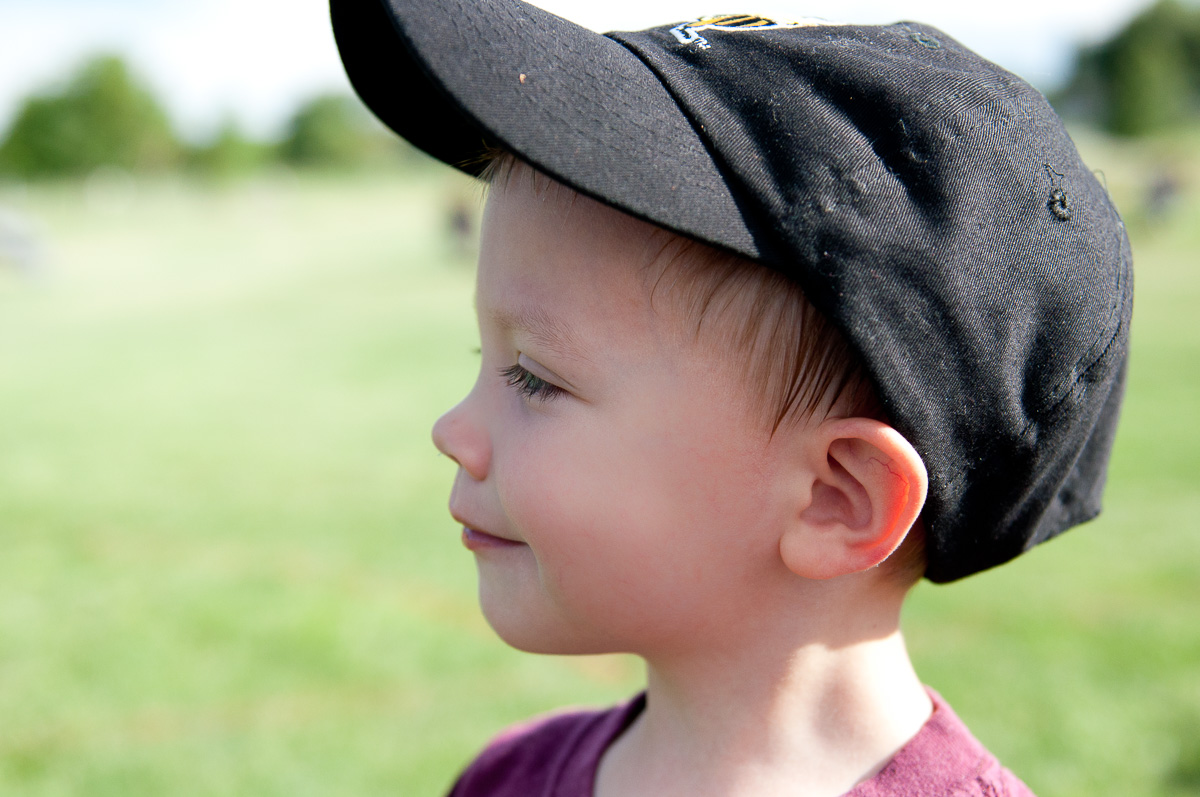 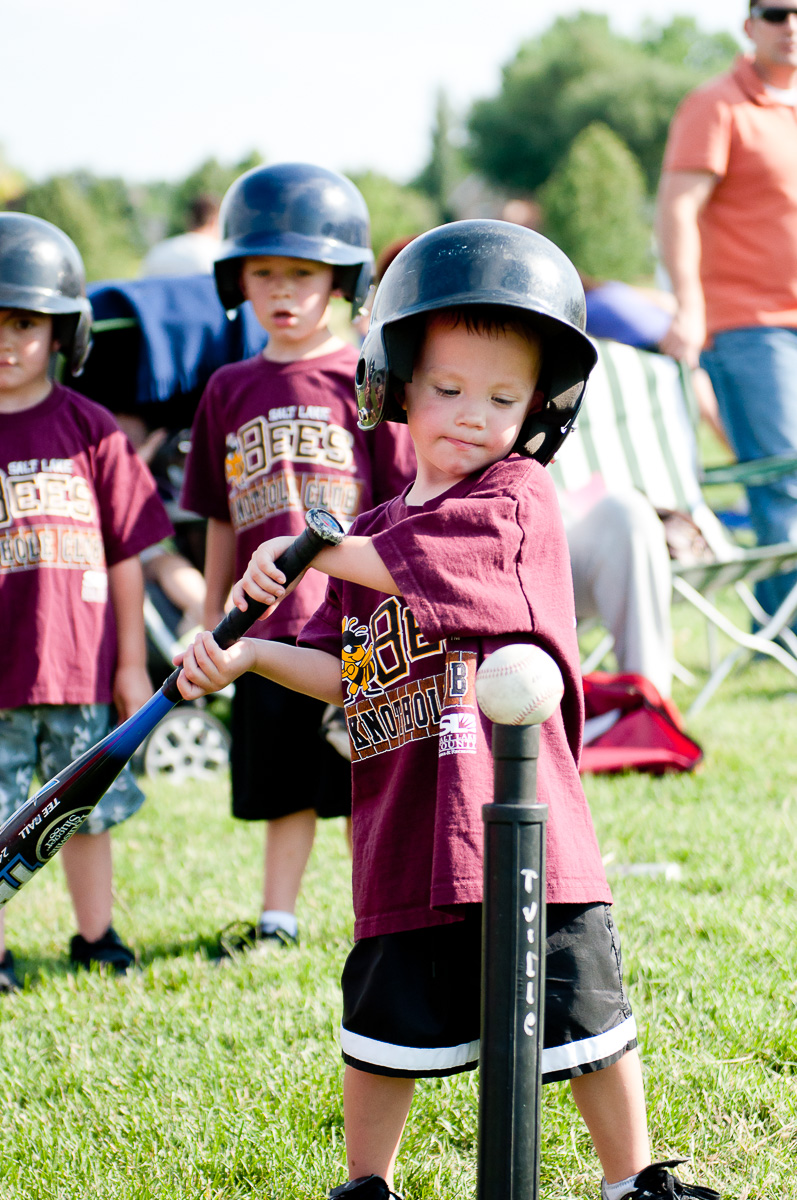 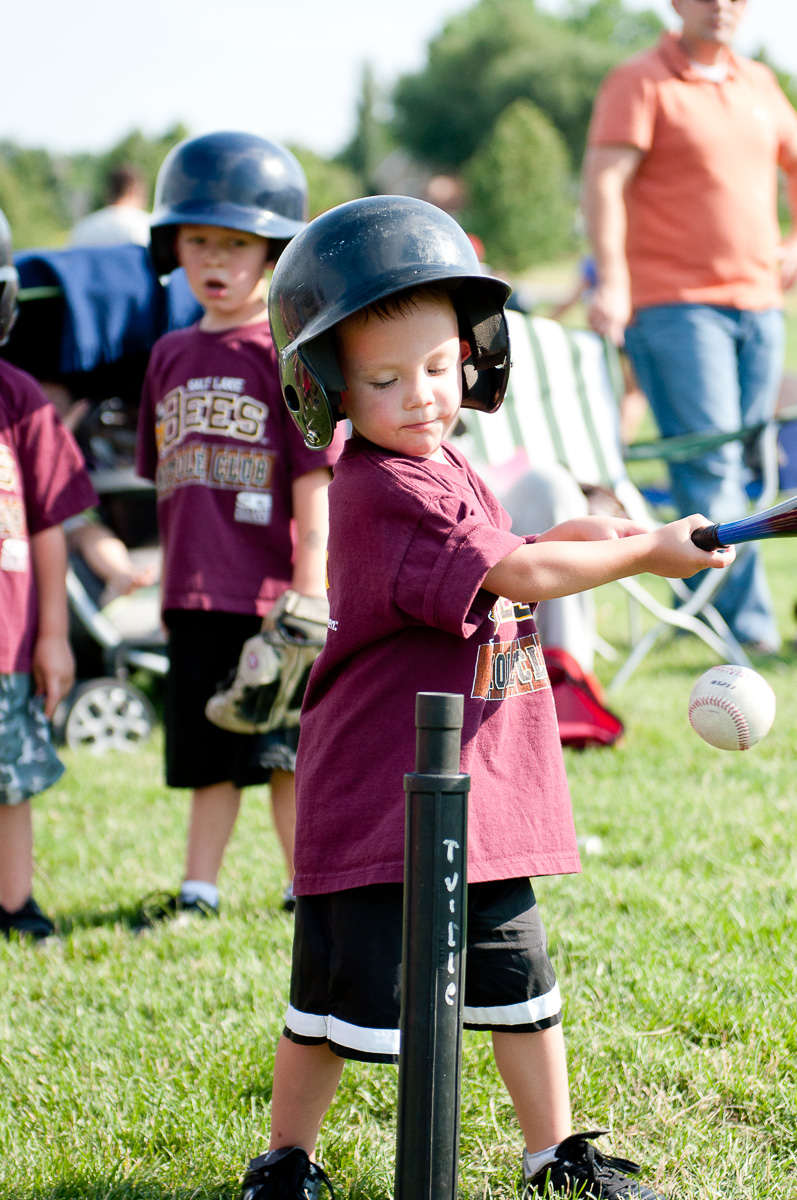 I have decided that baseball stuff is adorable on little boys. Especially when it is exceptionally large. 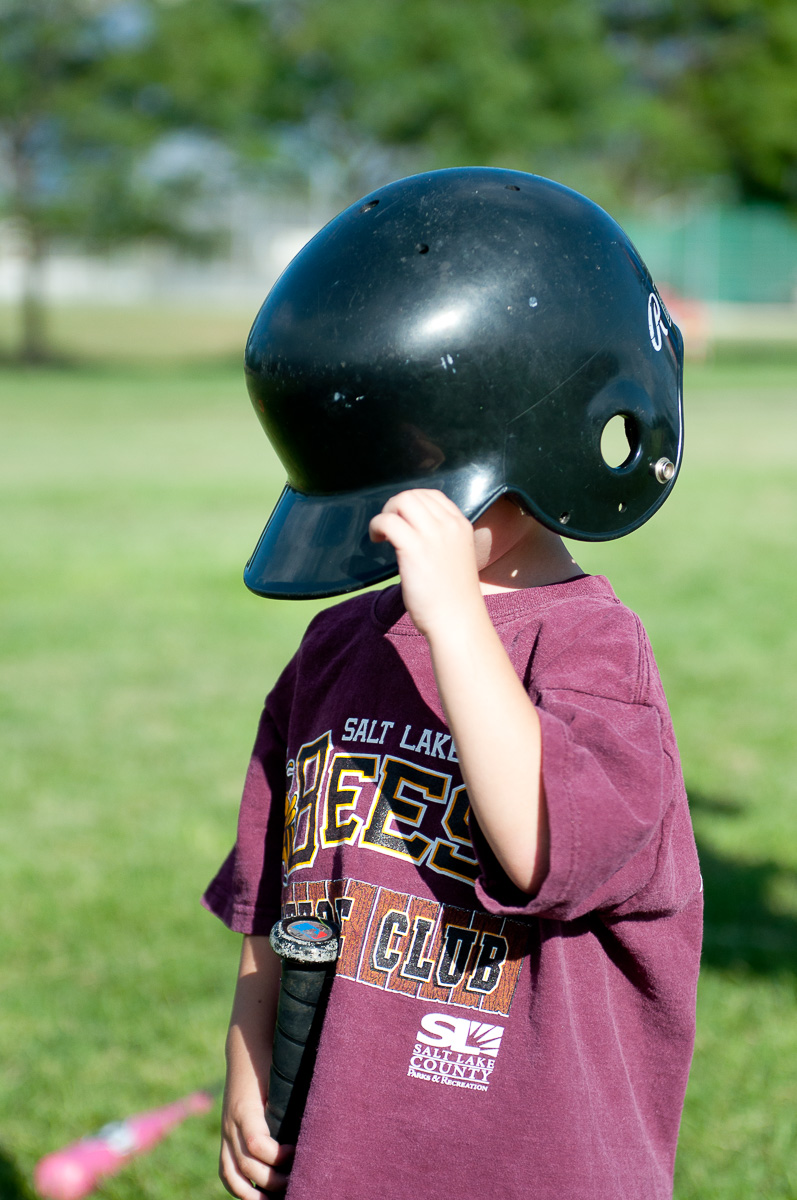 Watching the batting helmet bobble back on forth on Nash’s head as he ran to bases was a highlight every single game. 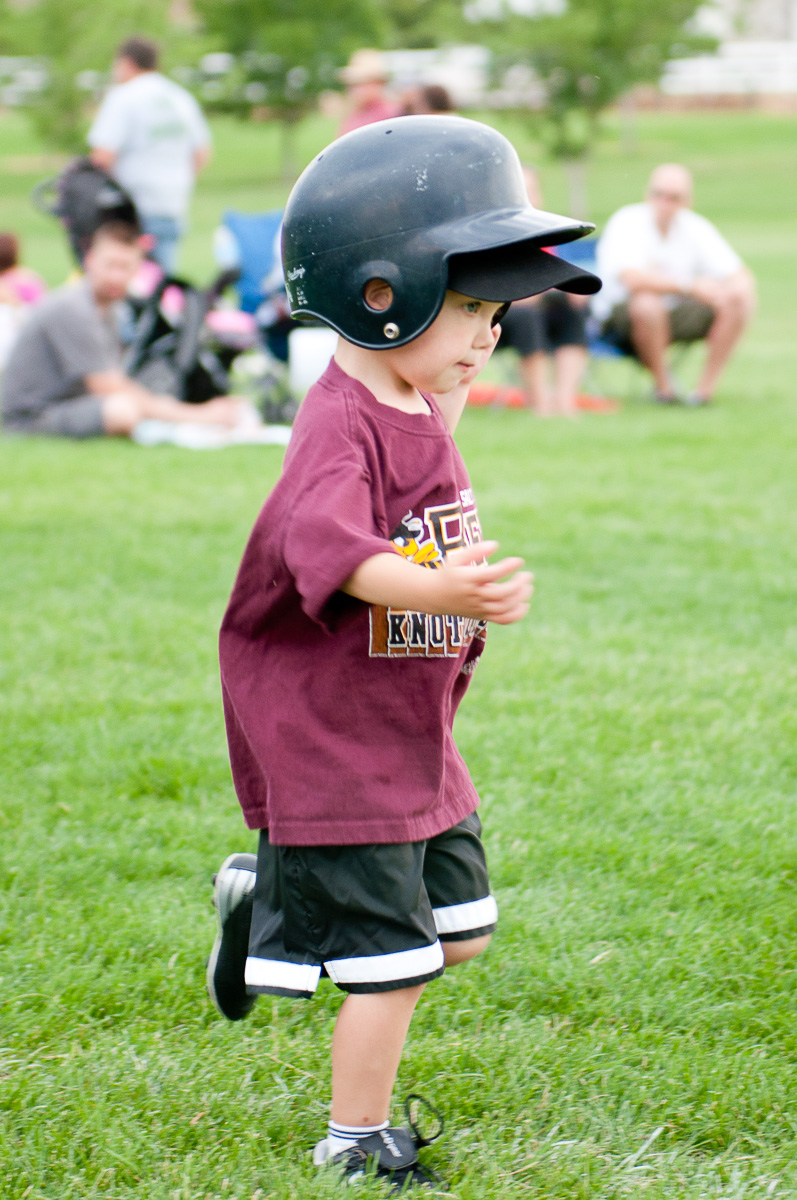 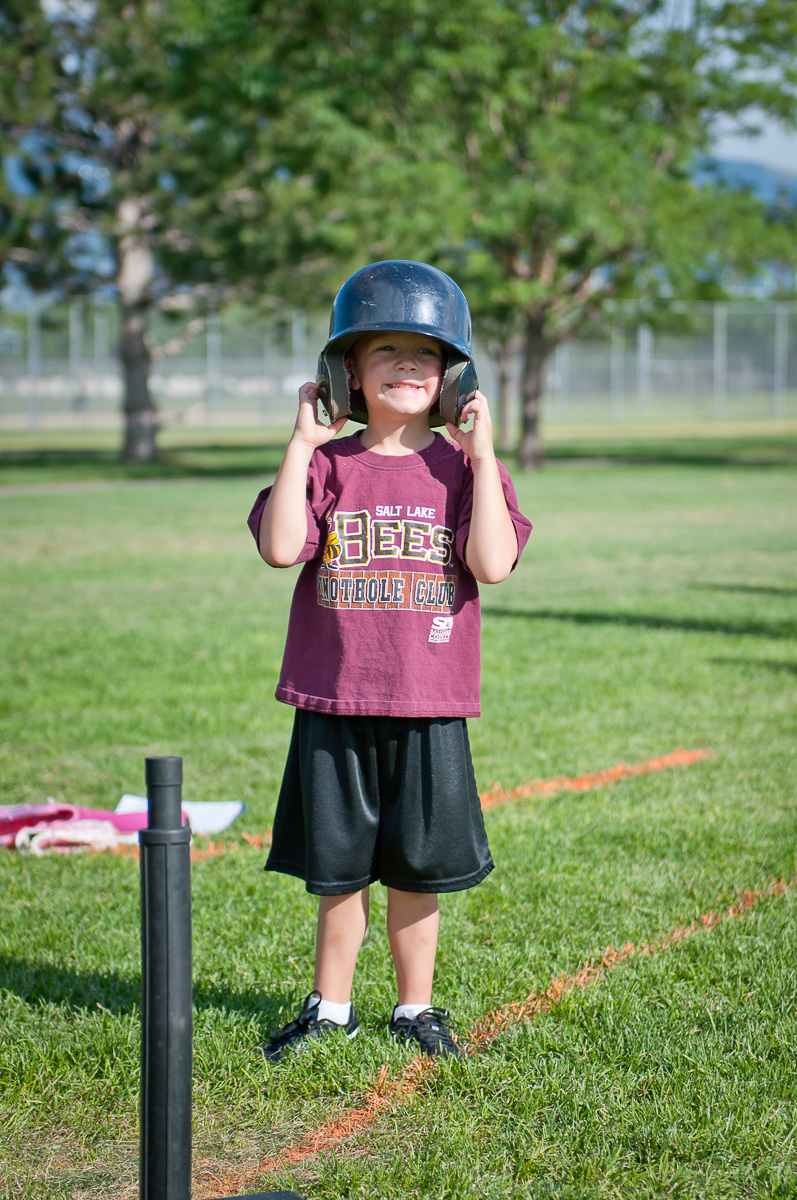 The older kids had the ball pitched to them towards the end of the season. Blake swung some pretty good hits that he was over the moon about.

It was between 95° and 100° every single game, so when the boys’ enthusiasm lagged I didn’t blame them. We were dying ourselves sitting on the sidelines. Troy showed Blake how to douse himself with water. 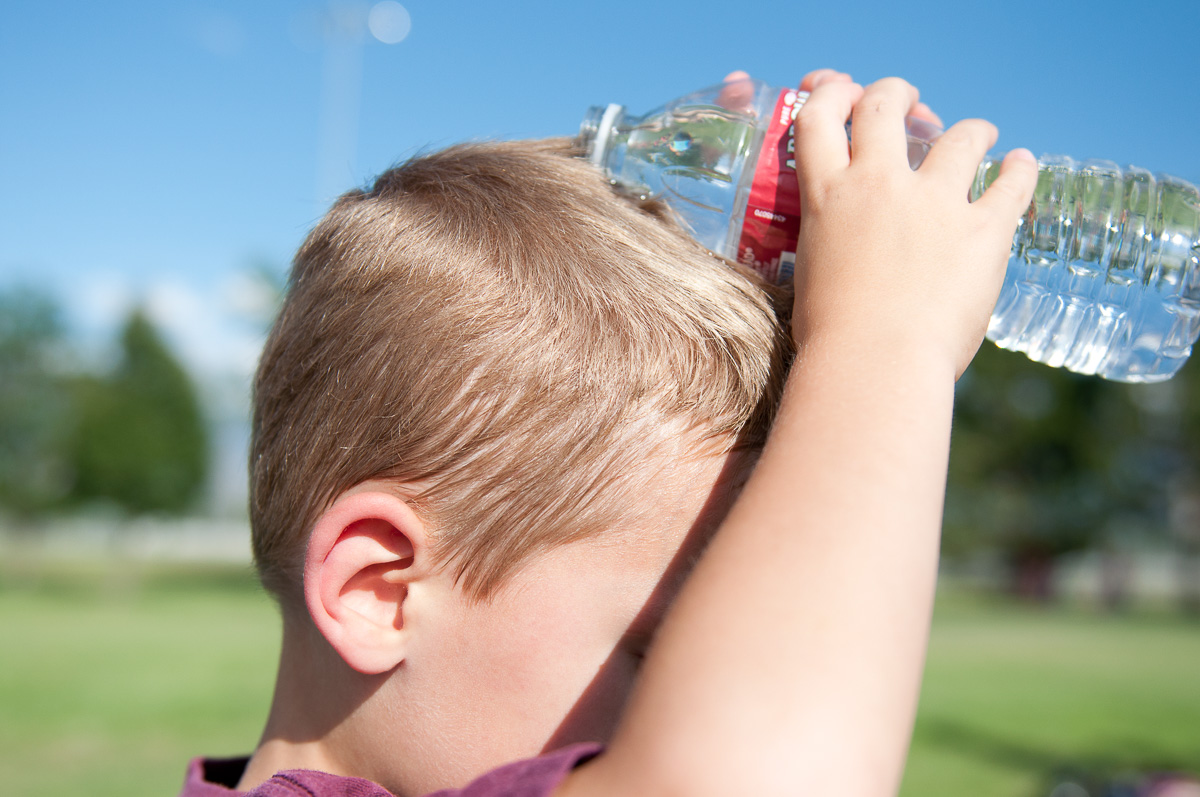 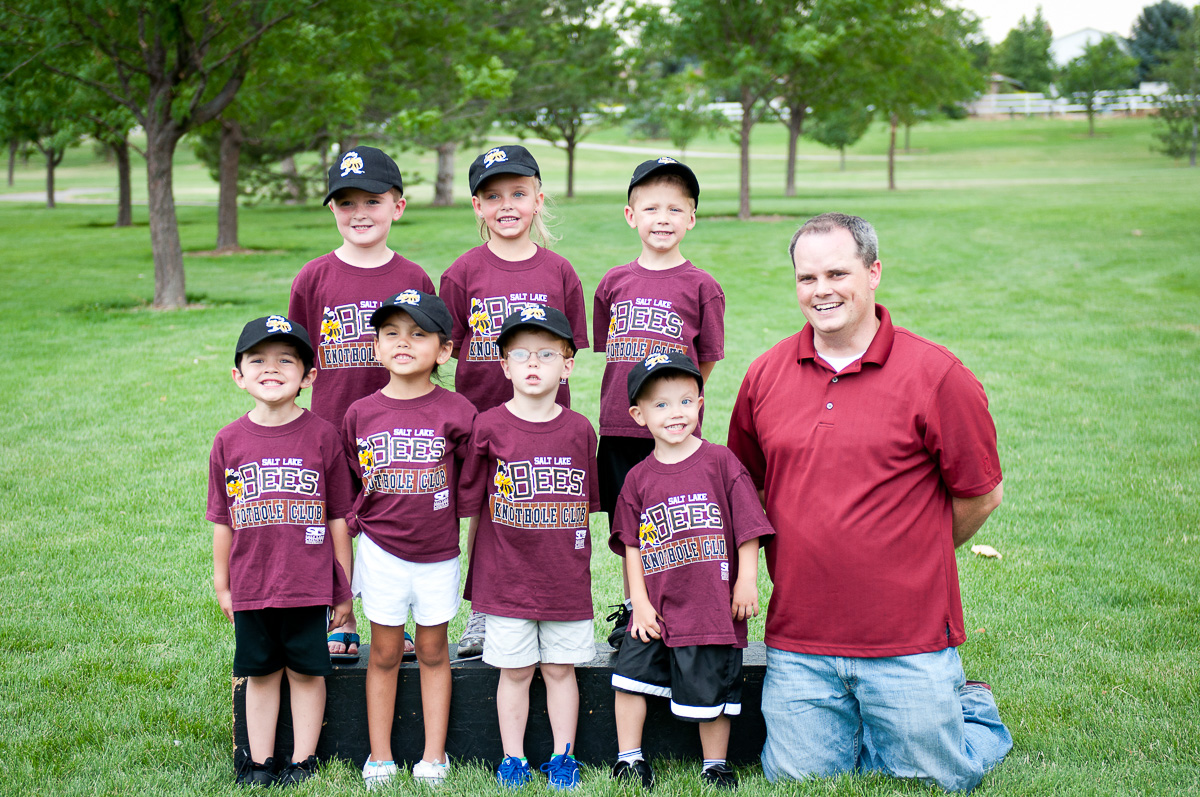 Nash had two specific goals in mind during this activity called “Tball.” 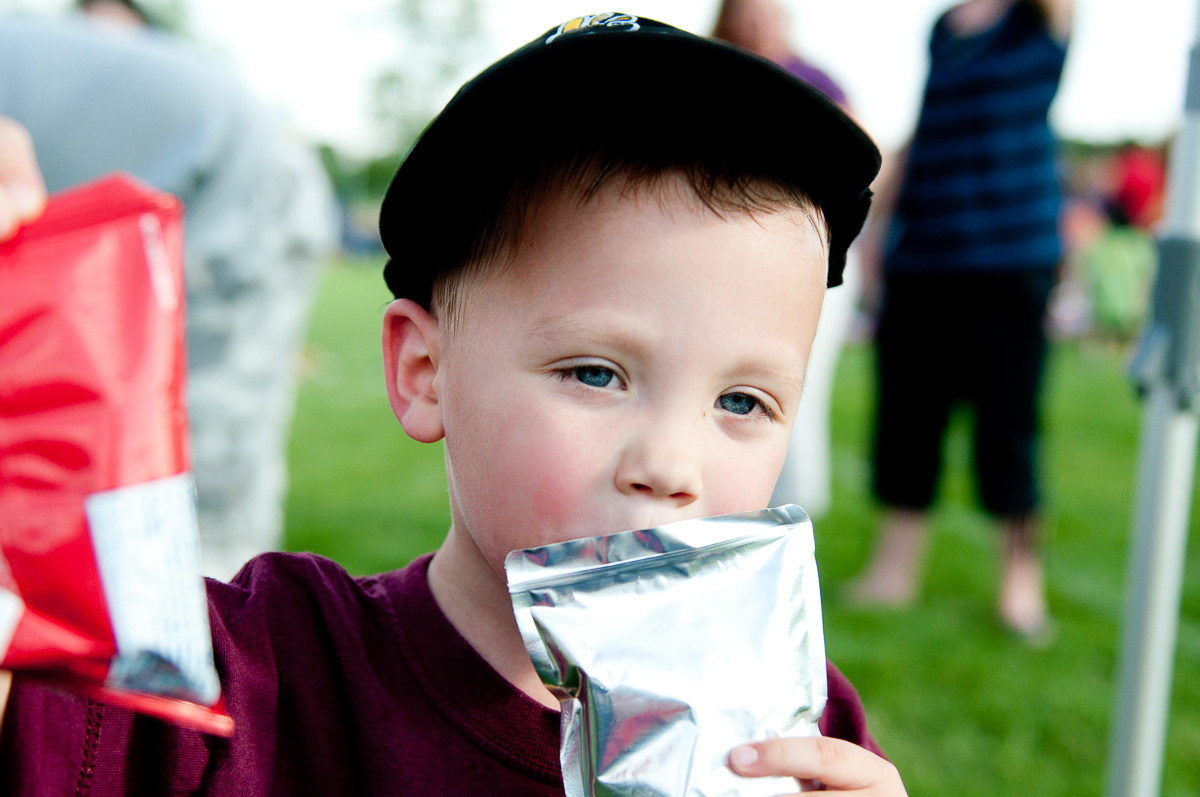 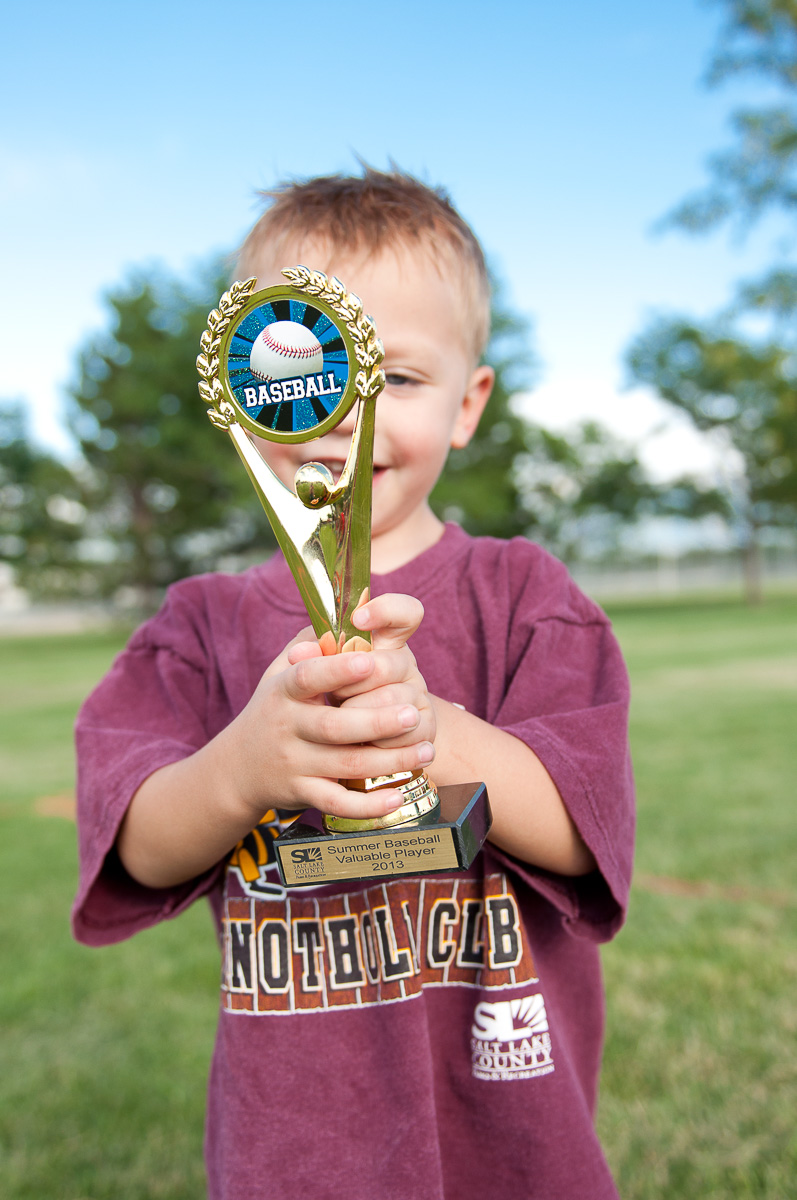 He waited and participated for eight long games before that golden award was placed in his arms. 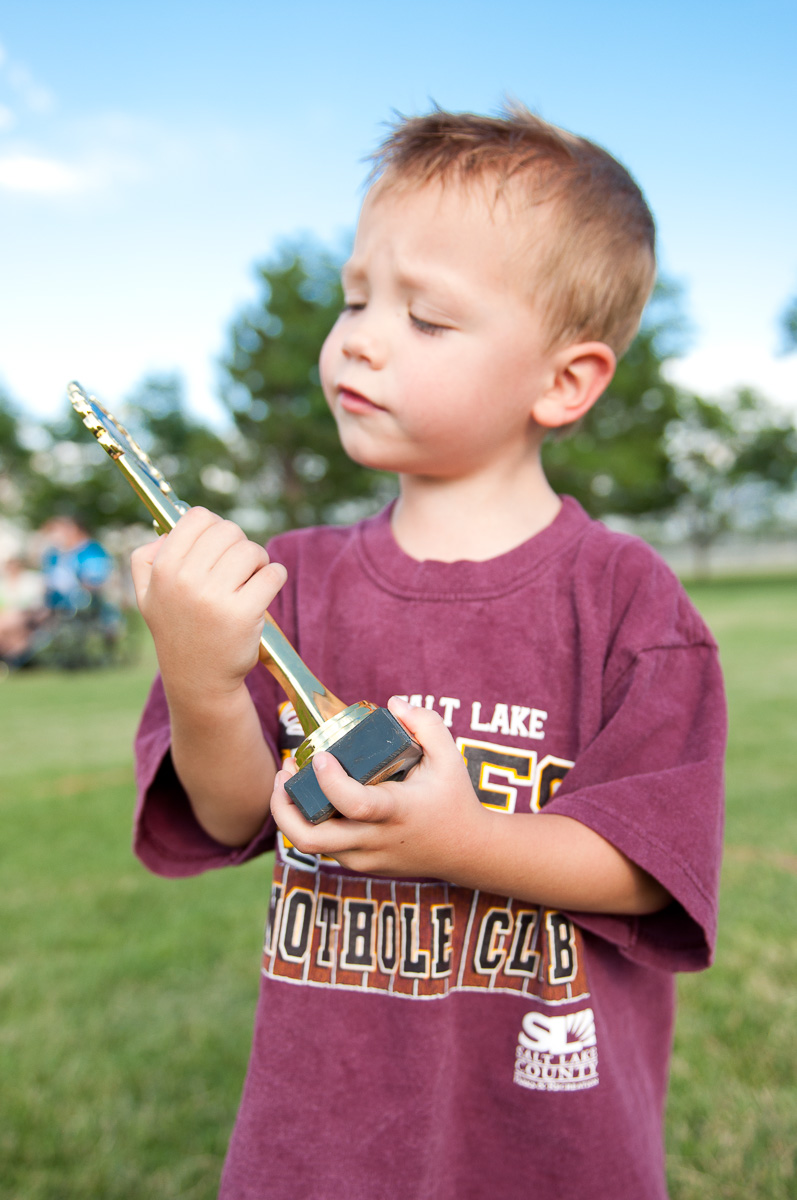 It might now be second only to his nie-night. 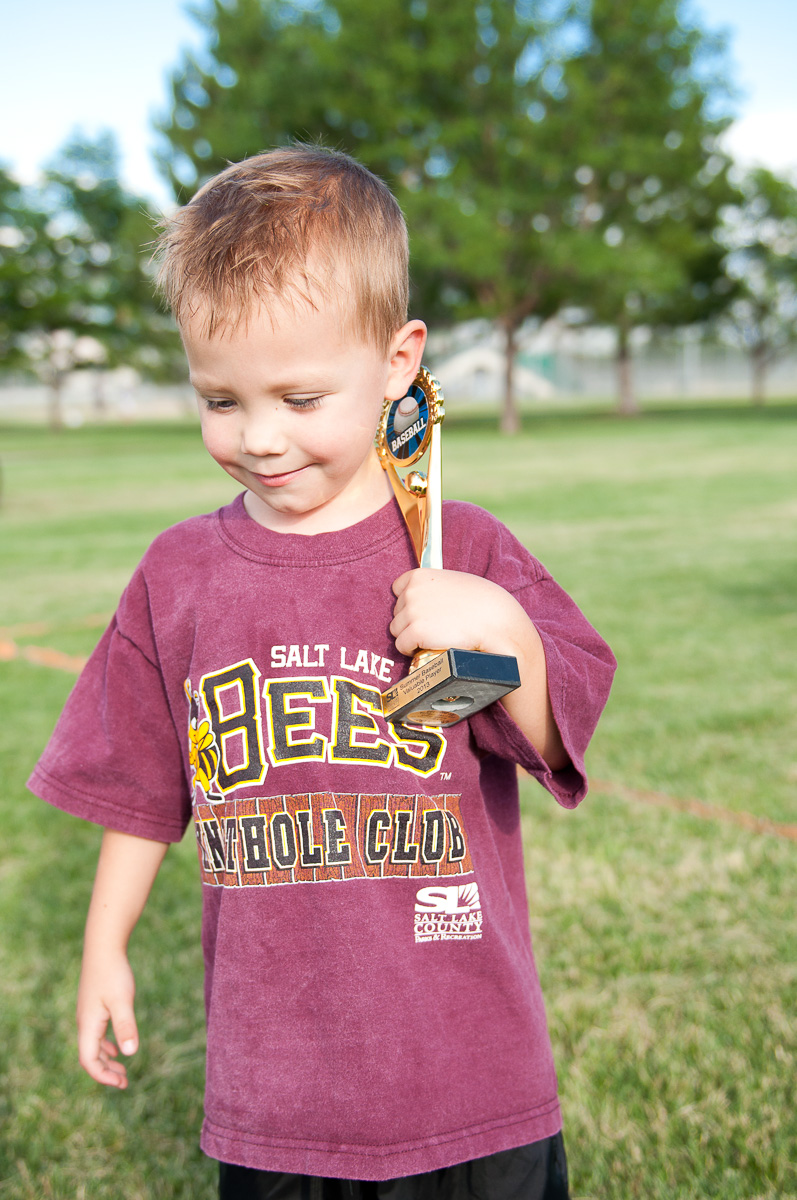 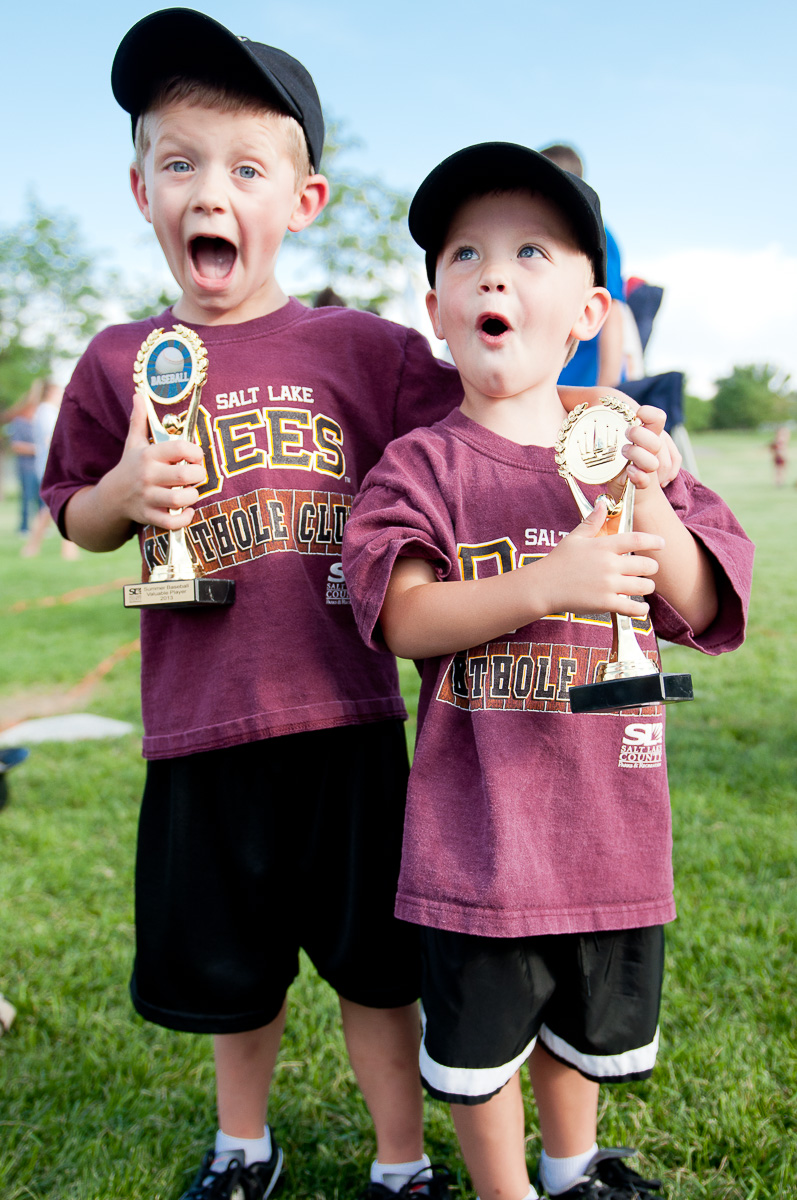 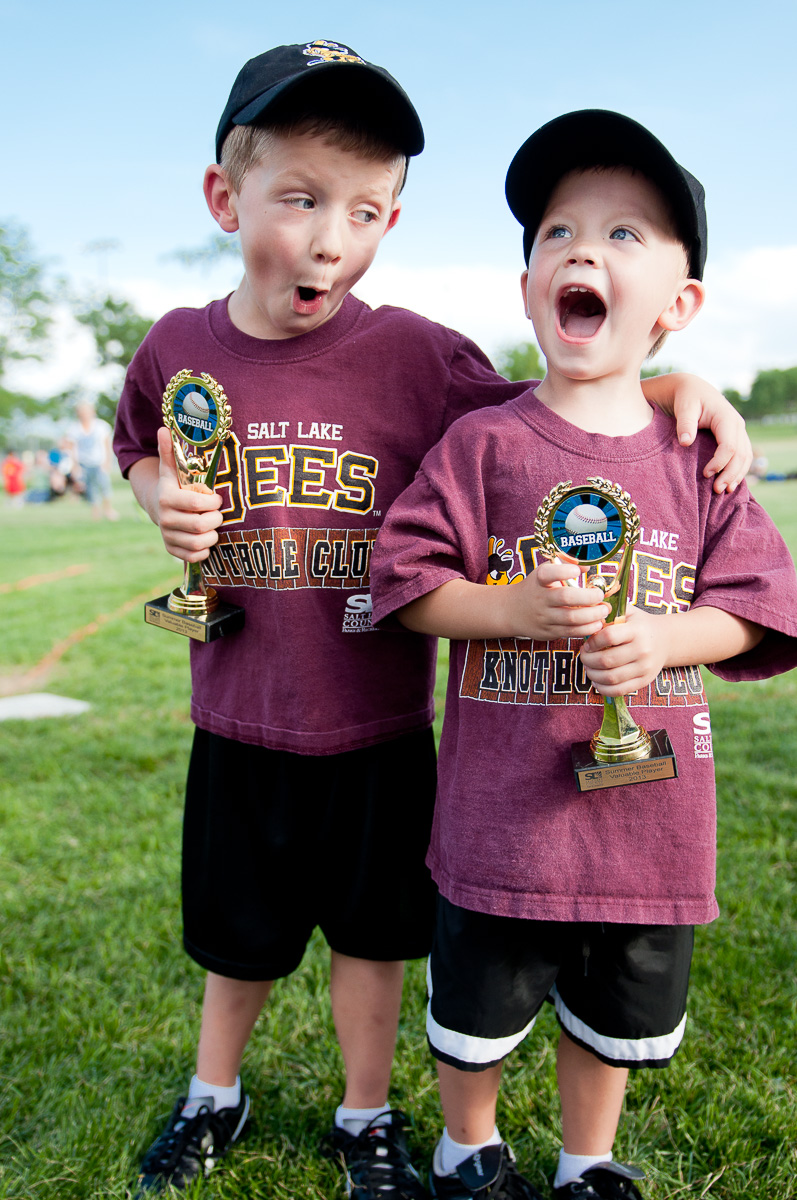