As we began the two hour drive back to the beach from visiting my best friends in mid-Michigan, I started passing Michigan State University signs. I wasn’t planning on stopping by after an already late start, but my vehicle practically exited itself when we got to Trowbridge Road.

I wasn’t expecting the draw to my old campus to be so powerful. I just could. not. resist.

I hadn’t been there in over five years. Blake was just a baby the last time we visited. And even though it was late in the evening, I couldn’t be that close to MSU and not show the boys where their parents met many moons ago.

We drove through the center of campus and I pointed out the buildings where I had classes, the bike paths I took, the Spartan stadium, the apartment building that Troy and I both lived in, and the tree under which we had our first kiss (I think I lost them a bit there).

But I was mostly focused on one thing.

I had to know if the initials we carved into “our bench” facing the river were still there.

I felt as anxious as a child on Christmas morning as we unloaded out of the car and walked on the path behind the dorm buildings towards the river. Would our mark still be there? Finally, the benches came within view. 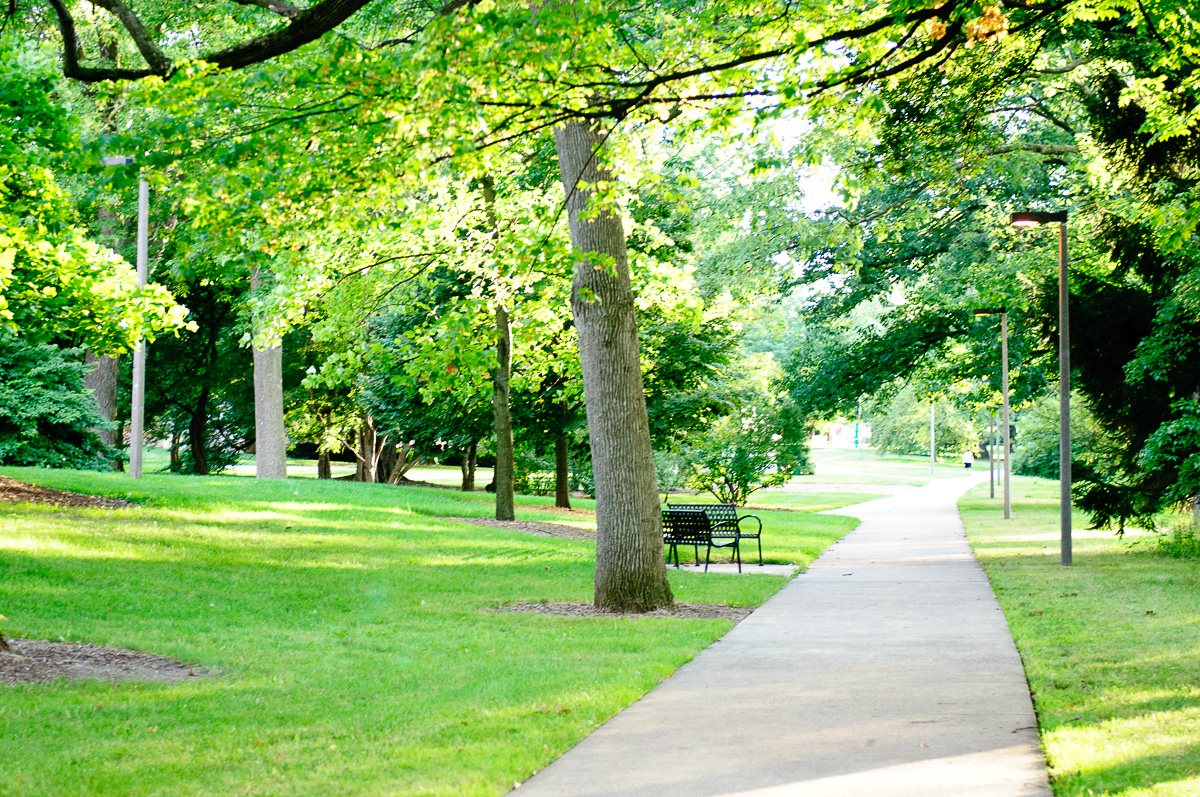 A wave of emotions rushed over me when I saw that our initials that we carved into the railing just over 10 years ago were still intact. I was surprised that the bench hadn’t been replaced or refinished. But I was also relieved. I would have been really disappointed if the evidence of our memories there was erased. 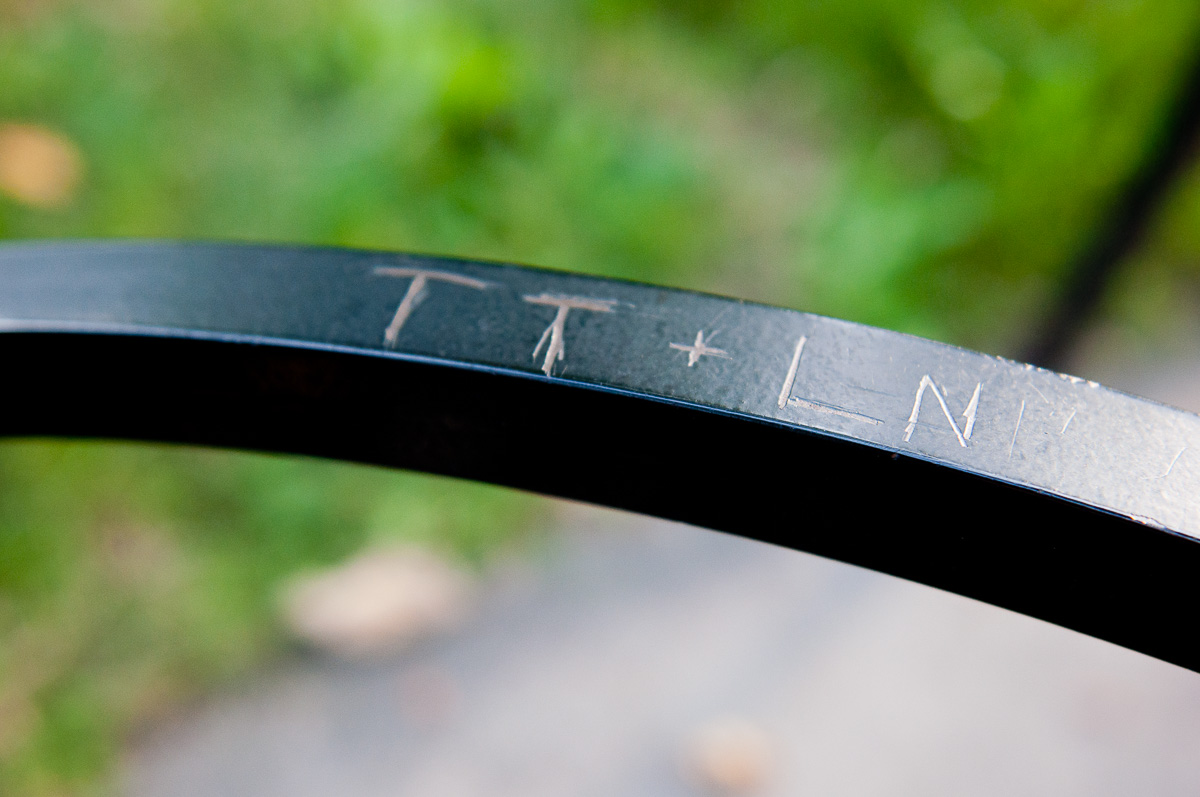 I didn’t build up the outing to the boys in advance in case the initials were gone. I let them discover the letters and guess what they stood for. They thought it was pretty amazing that the bench was around before they were. 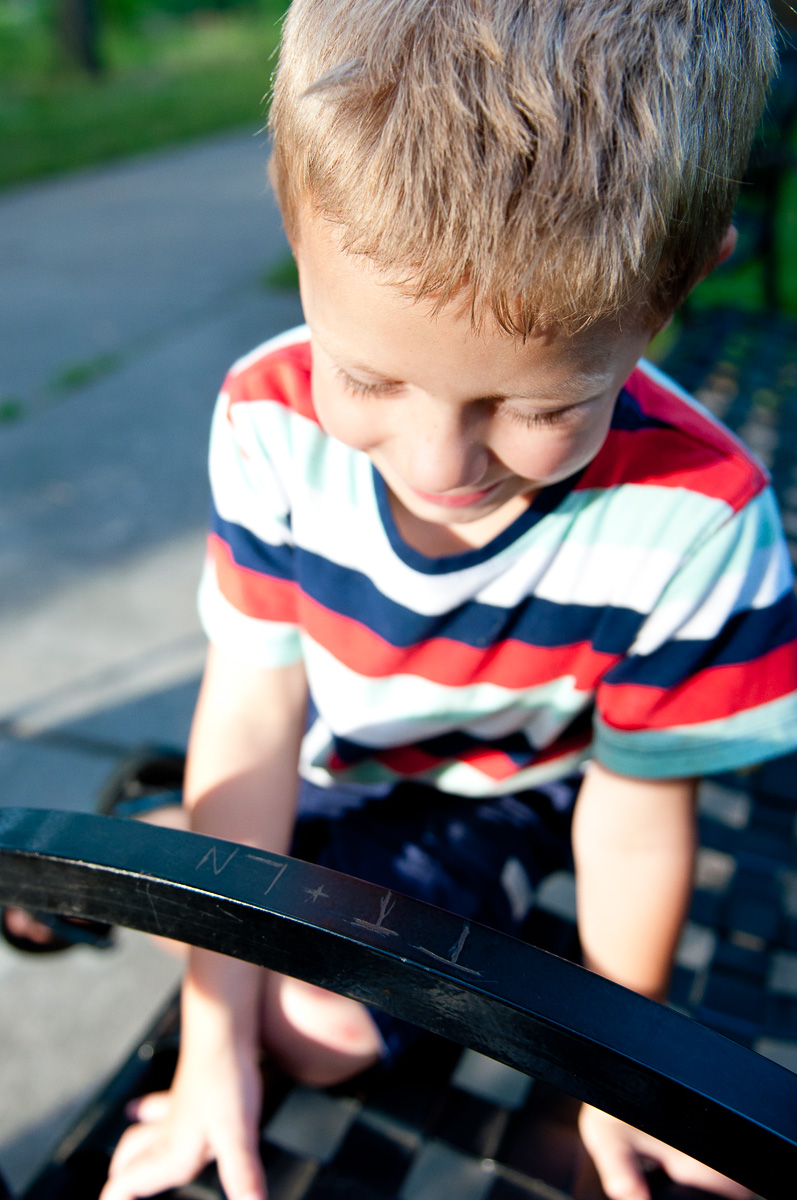 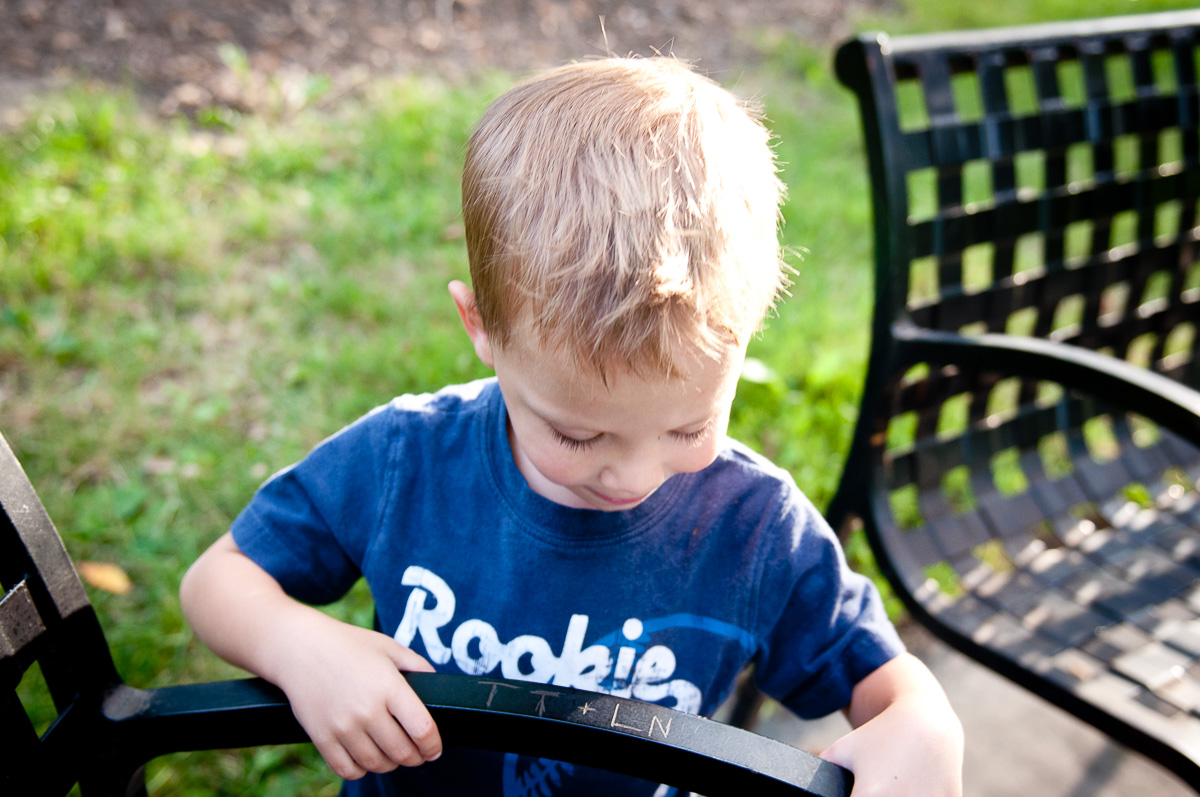 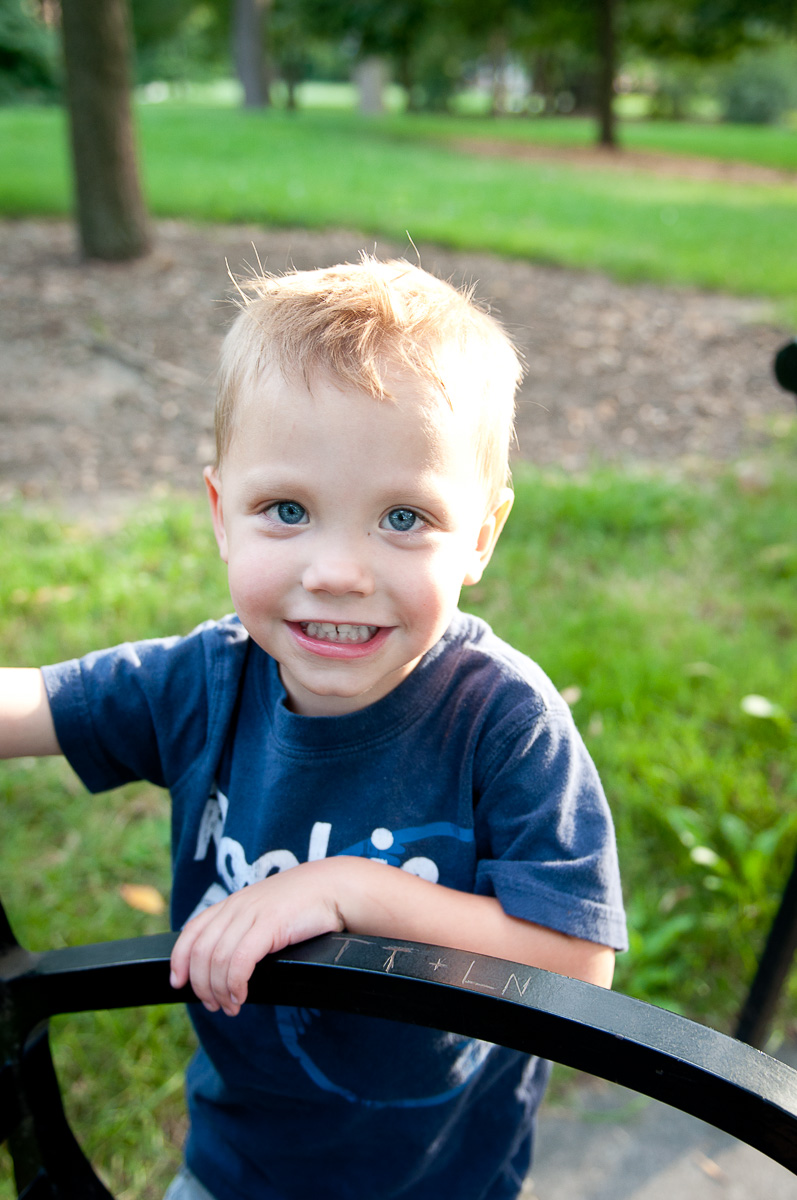 I sat on the bench and watched my vibrant boys play down by the river during the golden hour of sunlight. I felt amazingly grateful for the beautiful place that was the start of us becoming a family. 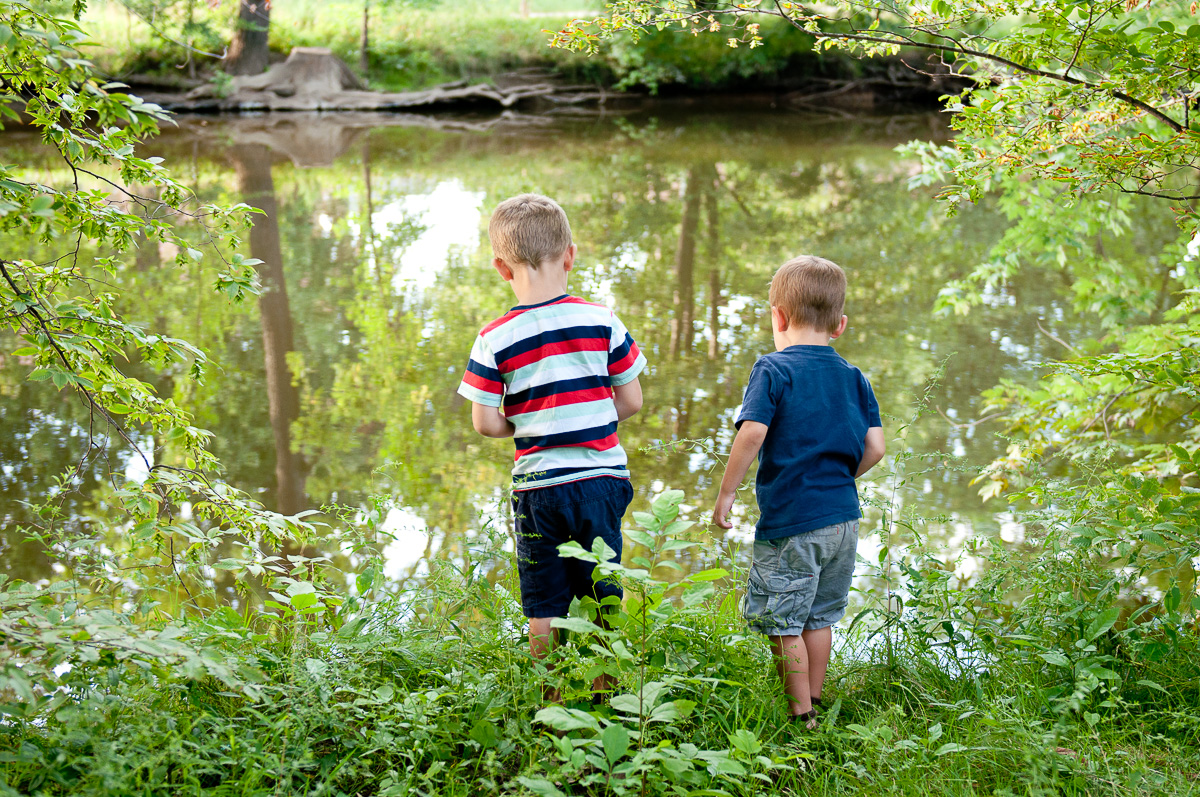 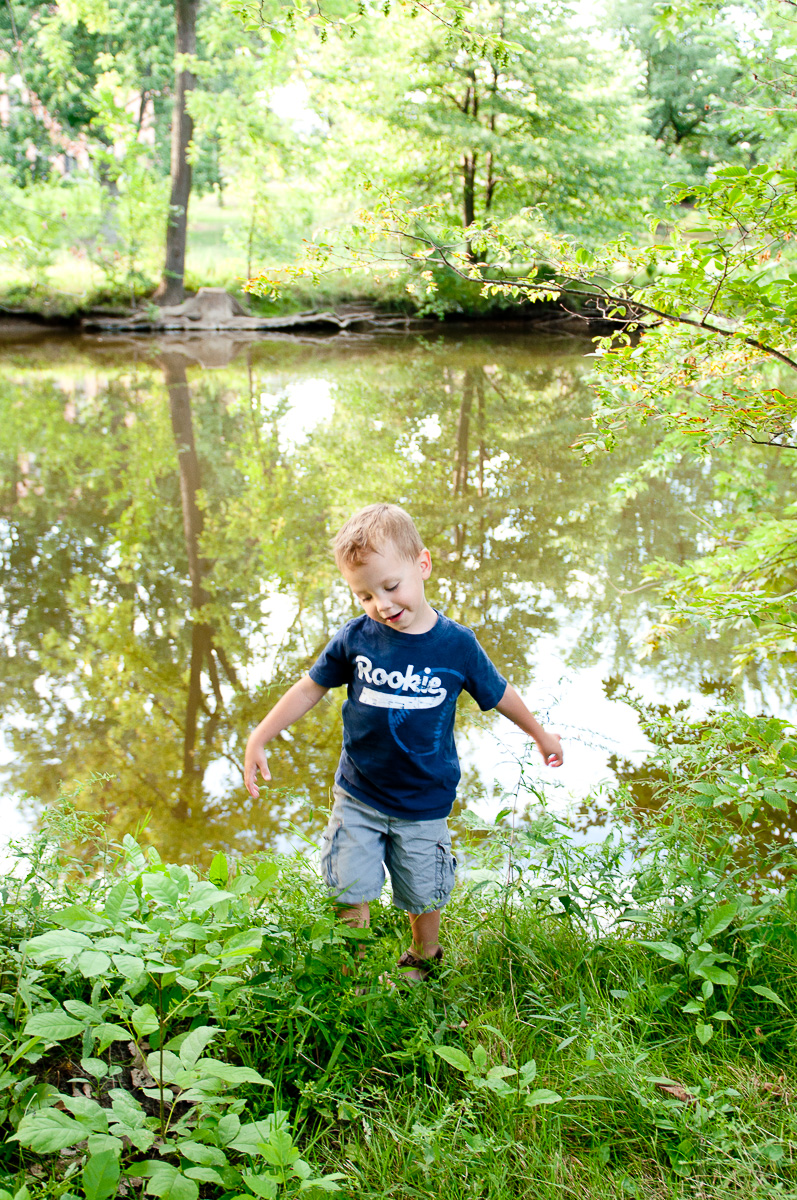 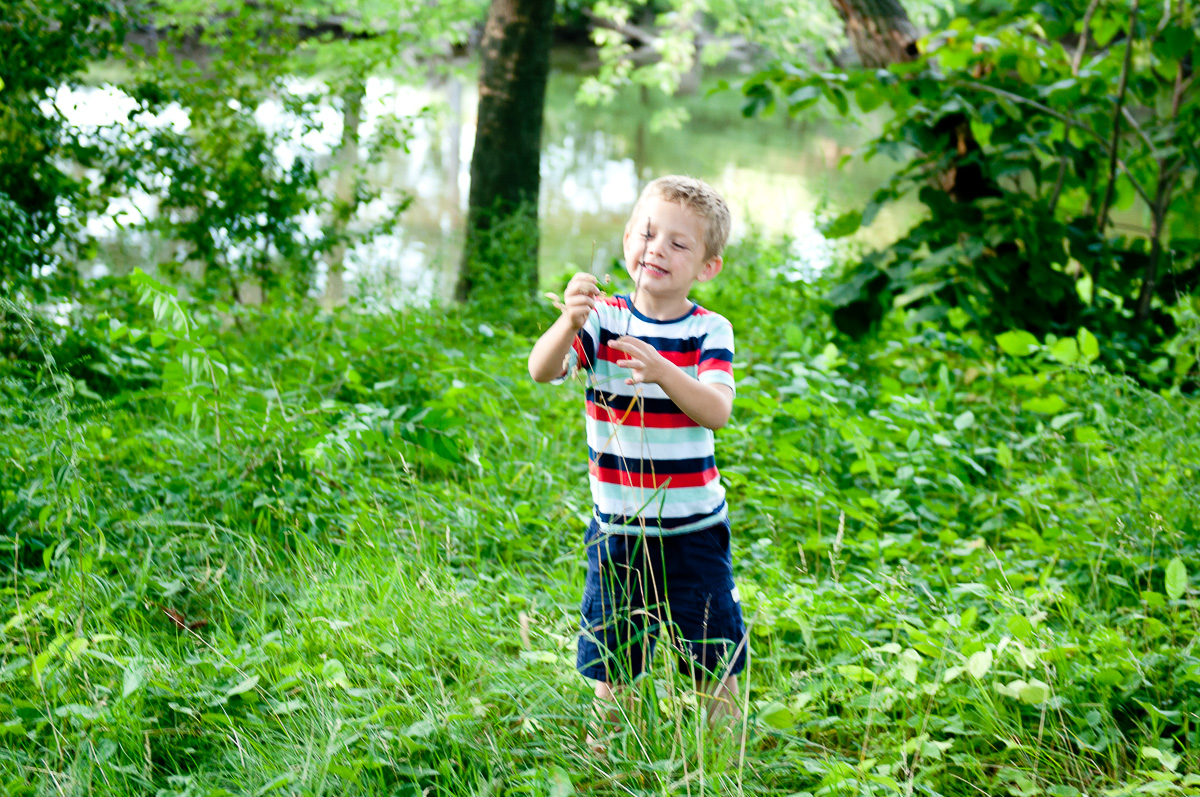 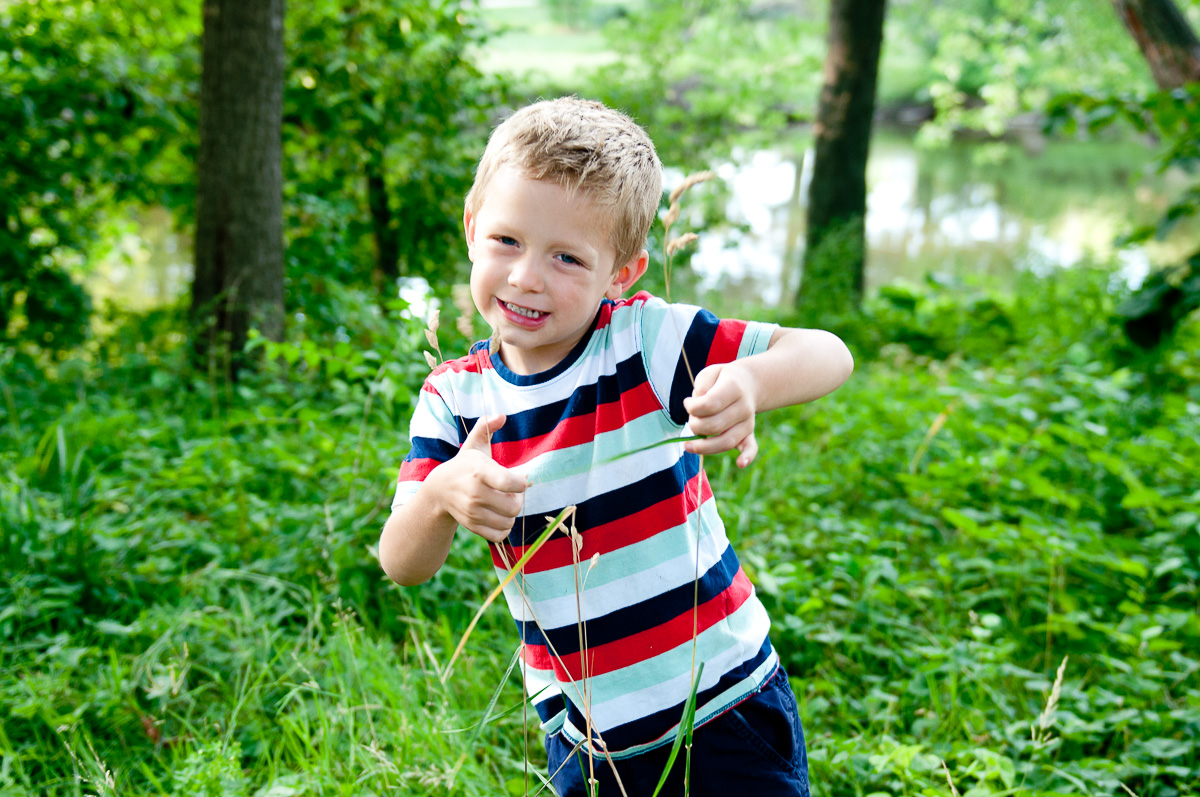 I wondered how many people had sat on that bench in the last ten years and noticed the initials. As runners and bikers passed by us on the path, it was like I had this little secret. I smiled and greeted them, but no one could possibly know how much that place meant to me, and how rare it was to be able to visit. 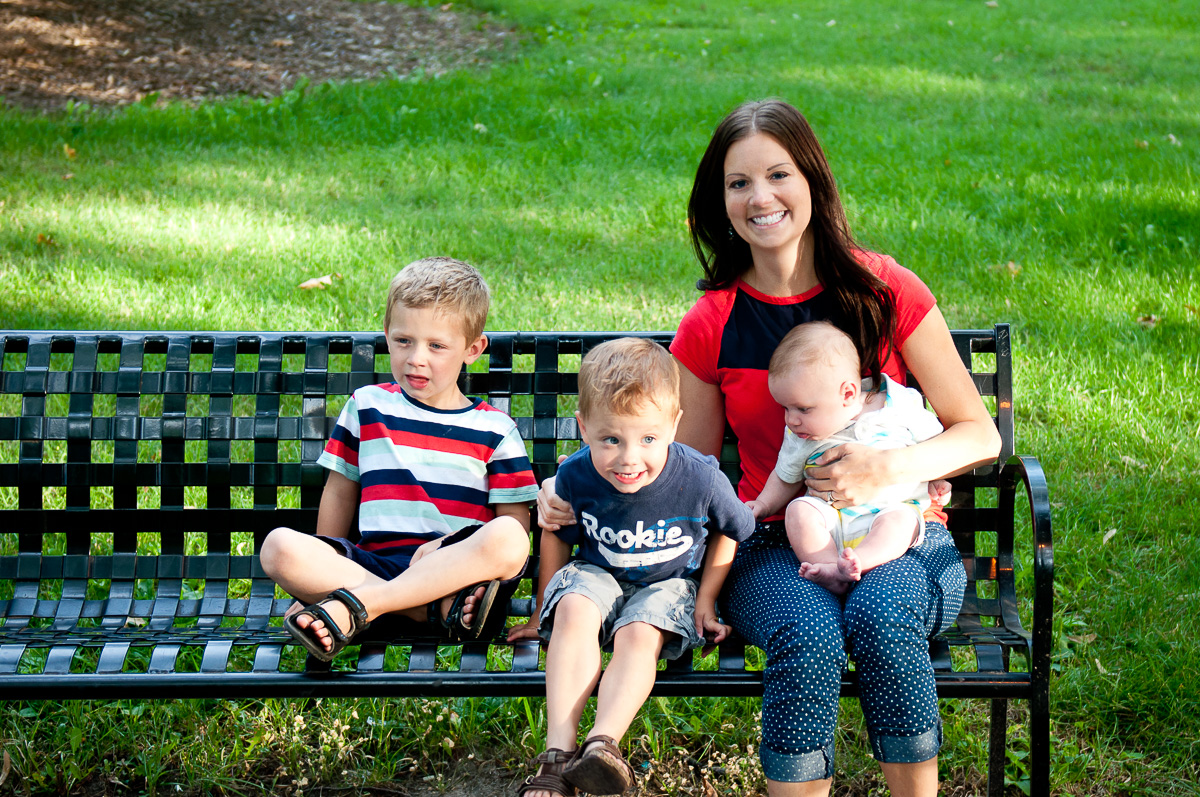 I felt incredibly nostalgic as I remembered the hours and hours of conversations that Troy and I had on the bench overlooking the Red Cedar. Conversations that were the start of us. That now have led to these three perfect little boys. It was a full circle moment for me. 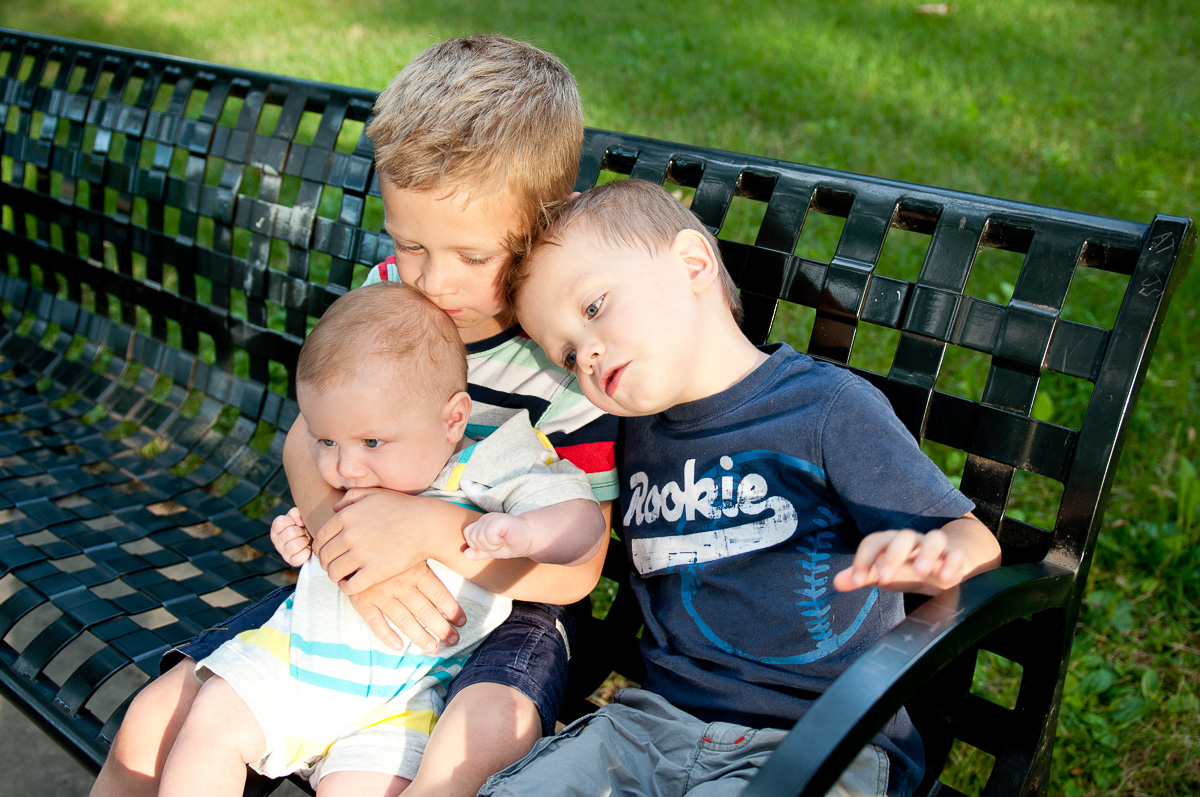 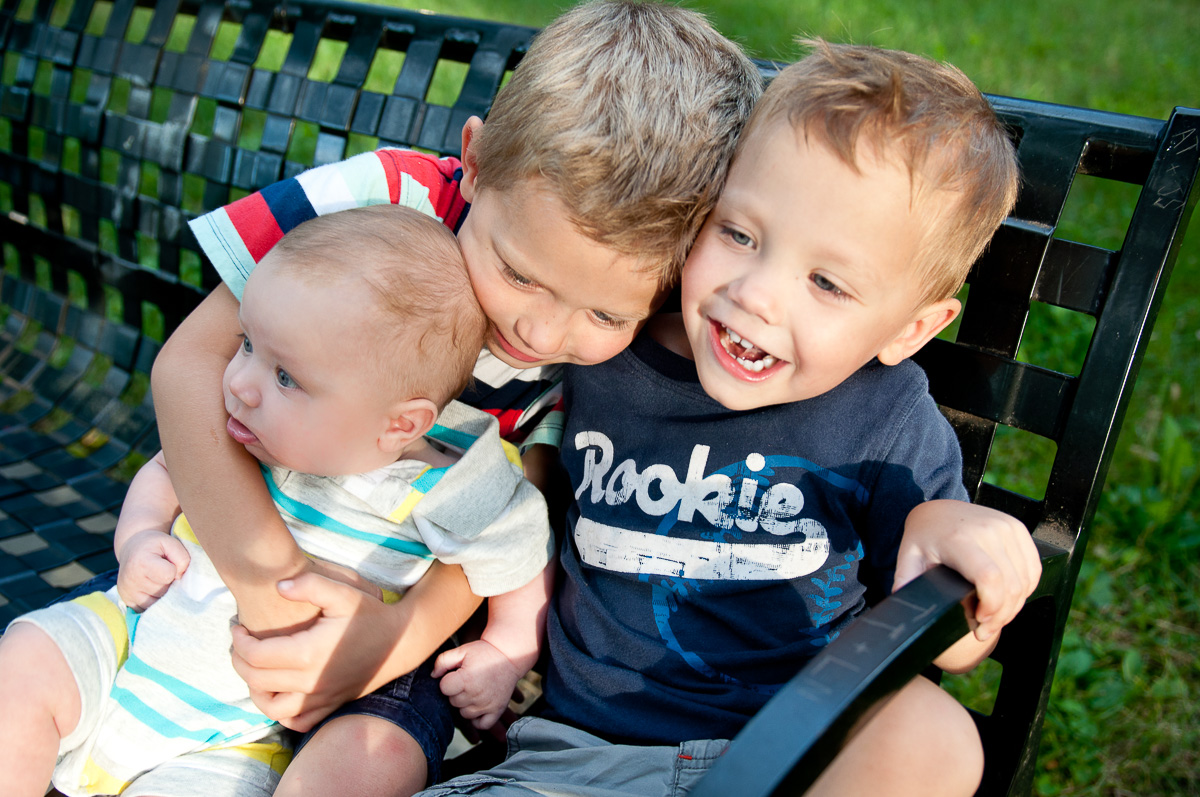 Next time, we’re making the trip a full day affair so we can soak up more of the campus beauty. I will forever be grateful for the memories that seep out of that place. 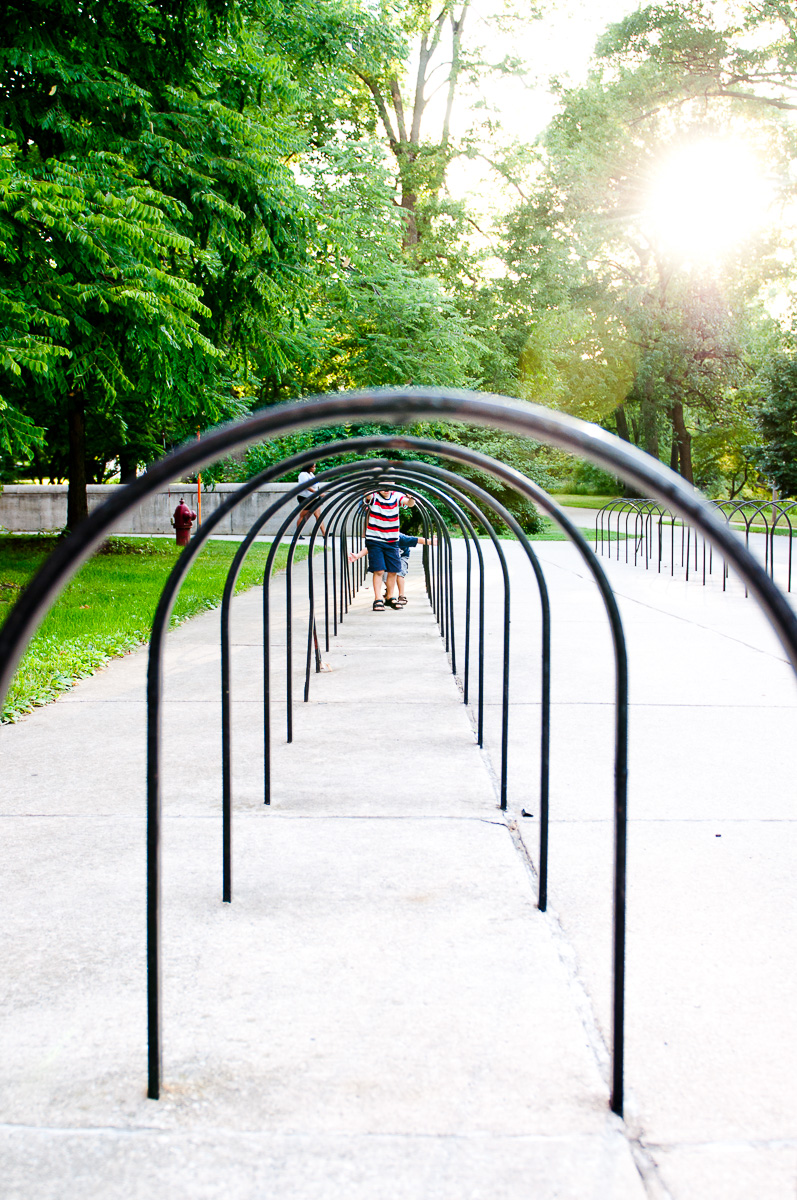