This month has shown me once again that moments with Crew are so fleeting. A part of me is really sad because he isn’t an itty bitty newborn anymore. He doesn’t just lay there staring at me with those big blue eyes.

Now, he is constantly on the go. Crew rolls and scoots everywhere, trying to get ahold of anything and everything within his reach. This month was a big one as far as milestones go. His biggest accomplishment was getting up onto all fours and rocking back and forth. He isn’t crawling just yet but I have a feeling it is just around the corner. He compensates for crawling by rocking, launching, rolling and inchworming himself where he wants to go. 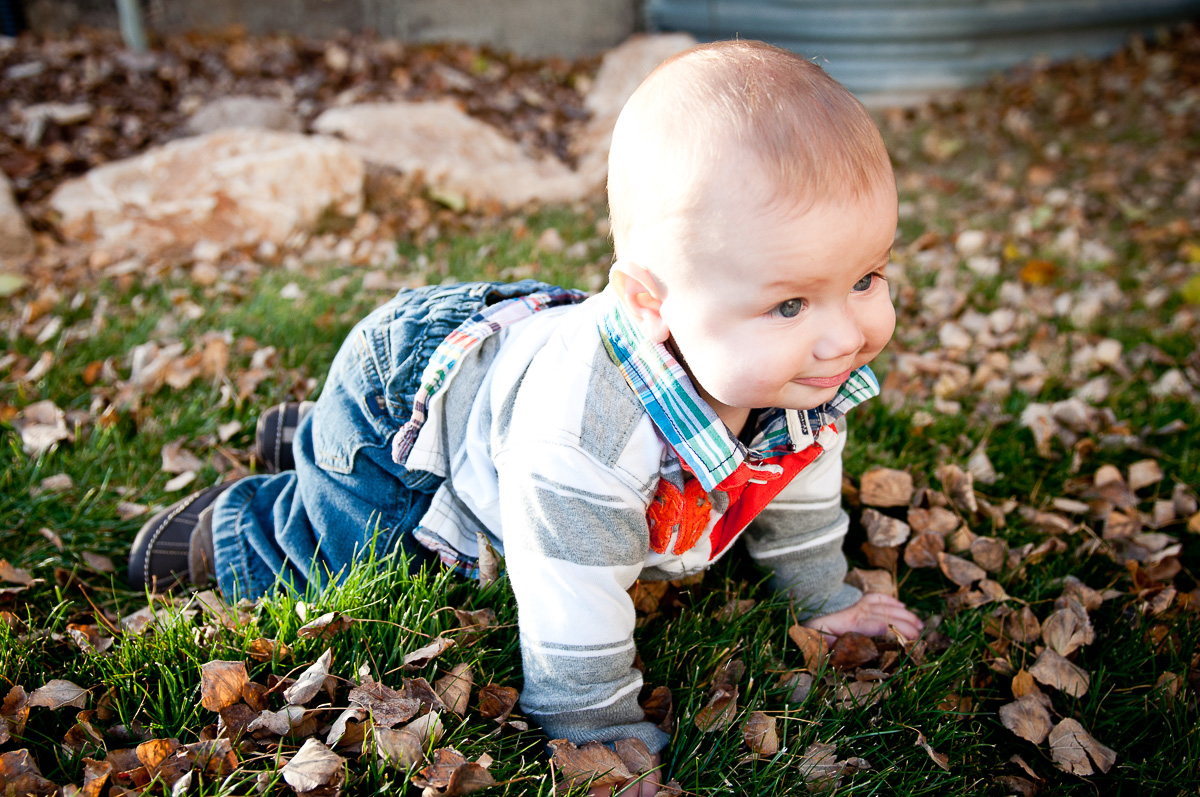 He started sitting up as well but is still a little wobbly. 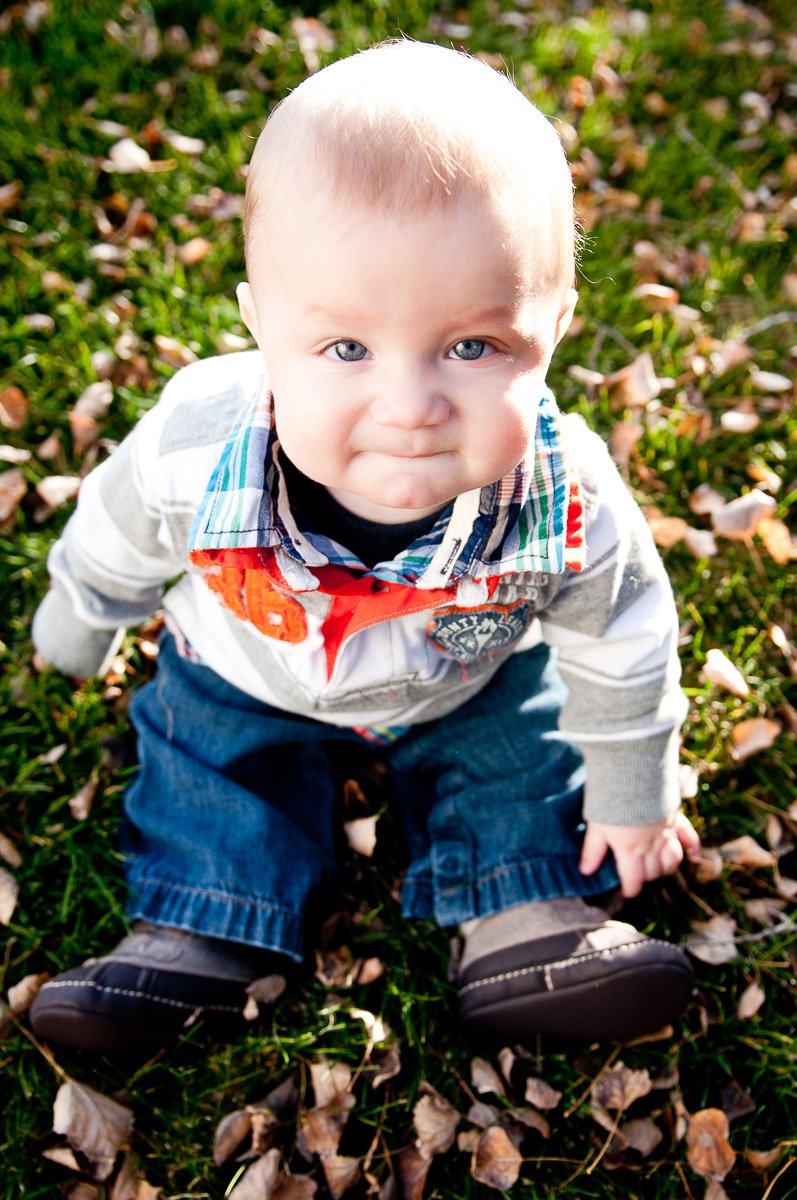 Crew replaced his wide grins with a flat, pursed lip smile. It cracks us up to see this constant expression on his face. 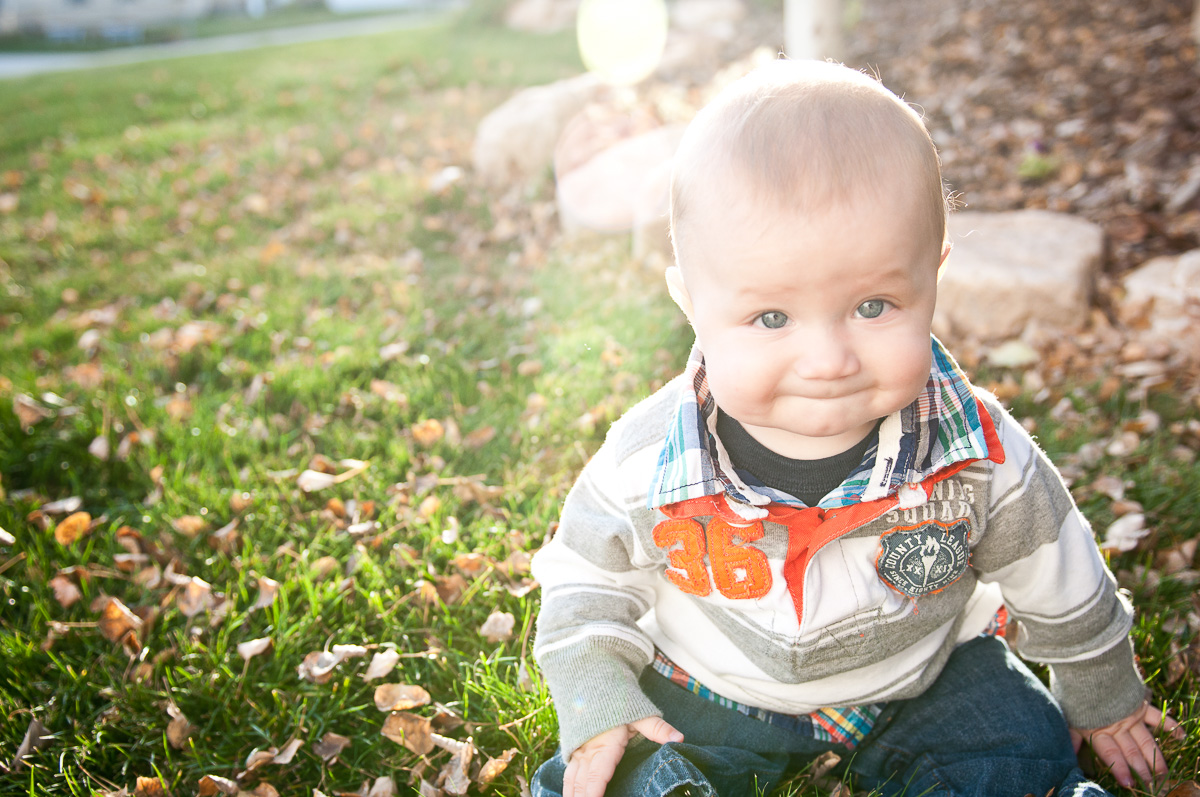 I finally started introducing solids this month and he wanted nothing to do with it. I don’t really blame him – I wouldn’t eat ground up squash either. I tried every few days and he made the worst faces, cried, clenched his lips and turned his head away. He is just now starting to take purees a little better. Spoonfeeding is hands down my least favorite part of having a baby.

It’s a good thing I adore everything else about having a baby around. I love his screeches, giggles and nonstop awe at figuring out his body and his new world. Now if he would just stop growing.