We hosted three separate Christmas dinners in four days, which naturally led to the need for a festive tablescape.

It’s much better for everyone when I’m put on decorating detail and not cooking detail.

This is the first year that we’ve ever stayed home for Christmas instead of traveling to our families. Since I’ve never hosted before, I don’t have any holiday-specific dishes. But I really like the simplicity of my white beaded china. So, I just fancied it up a bit by adding some silver chargers. With a few touches of burlap, candles, fresh greenery and pomegranates, we had ourselves a festive little tablescape. 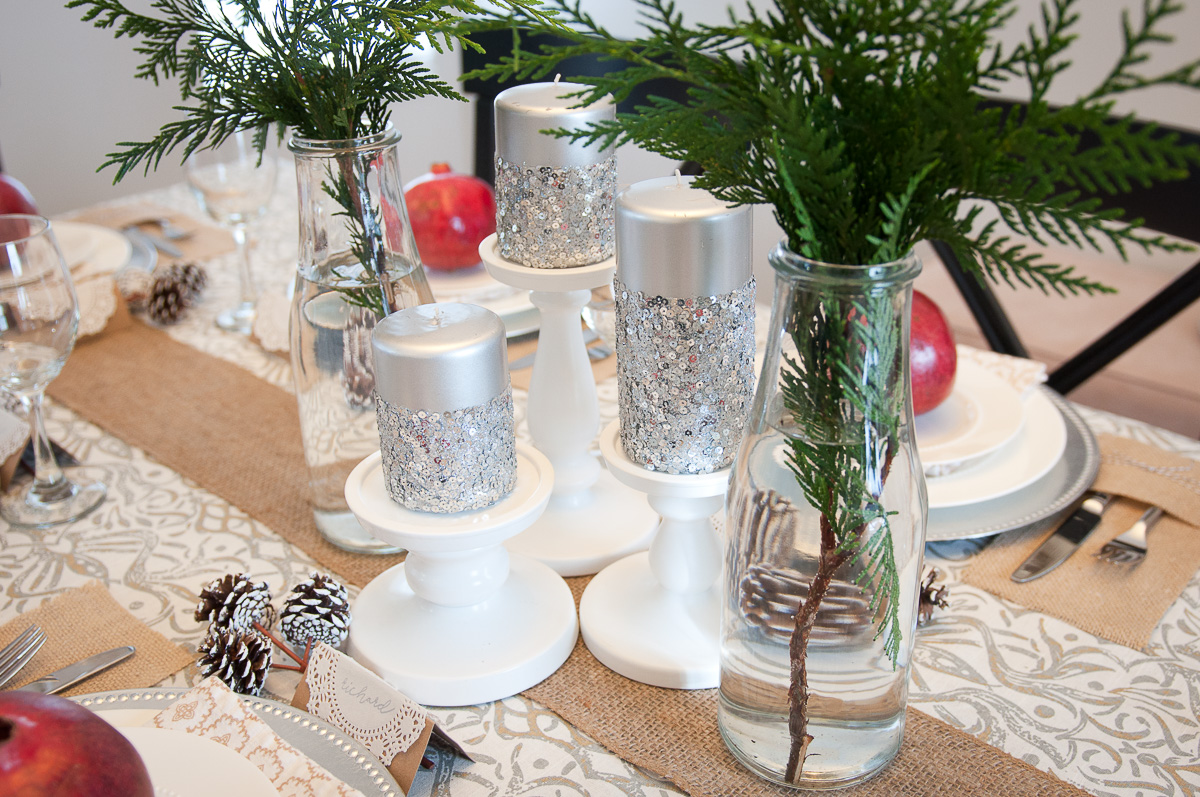 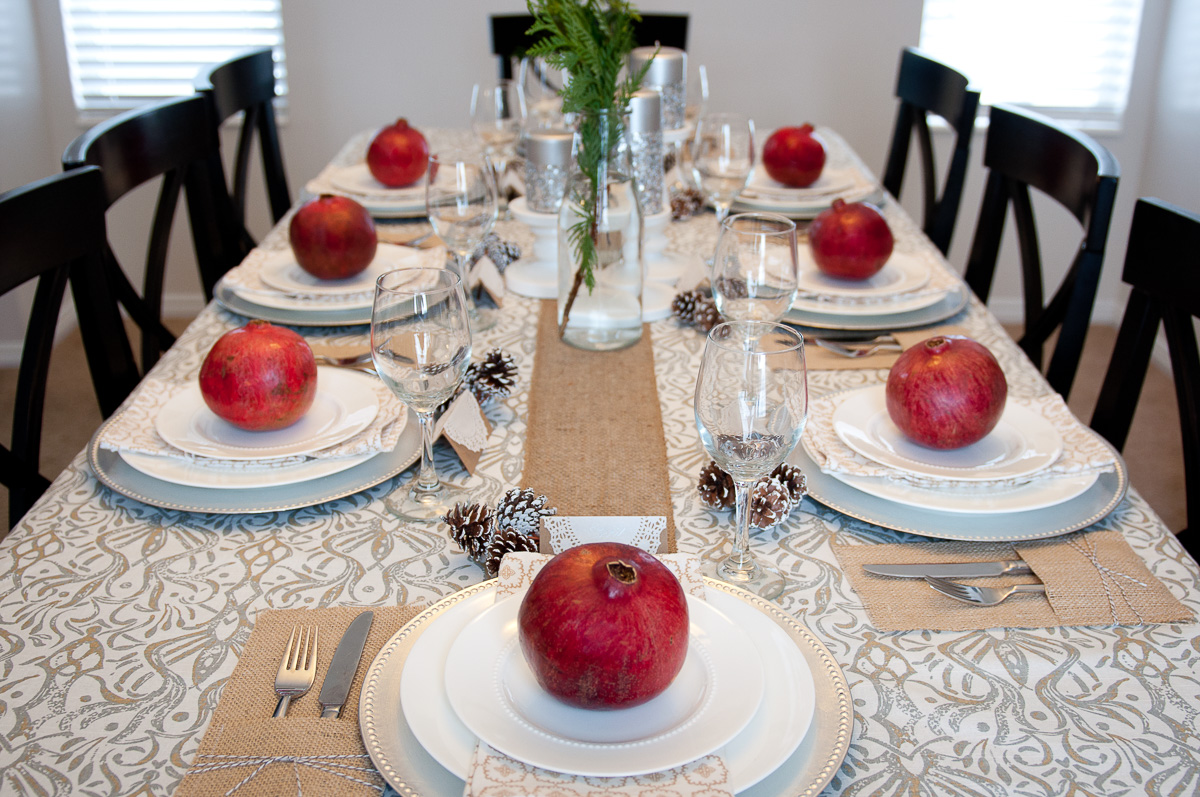 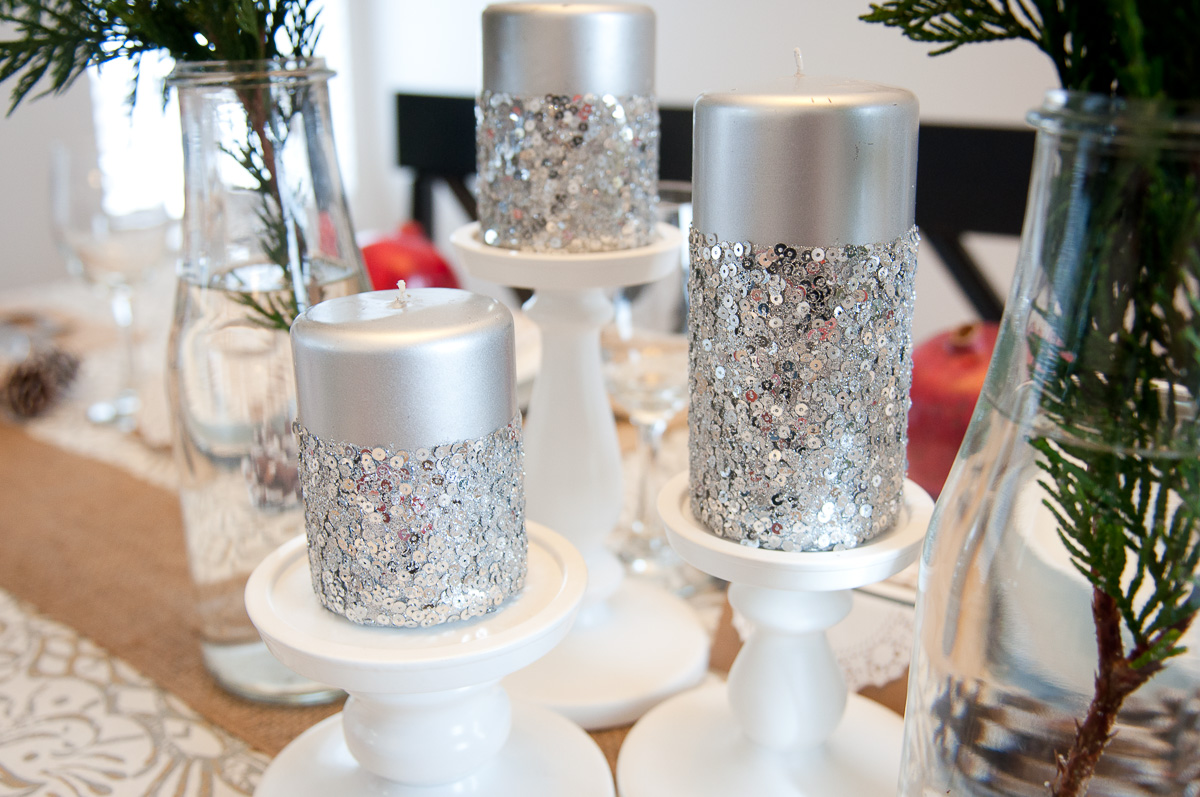 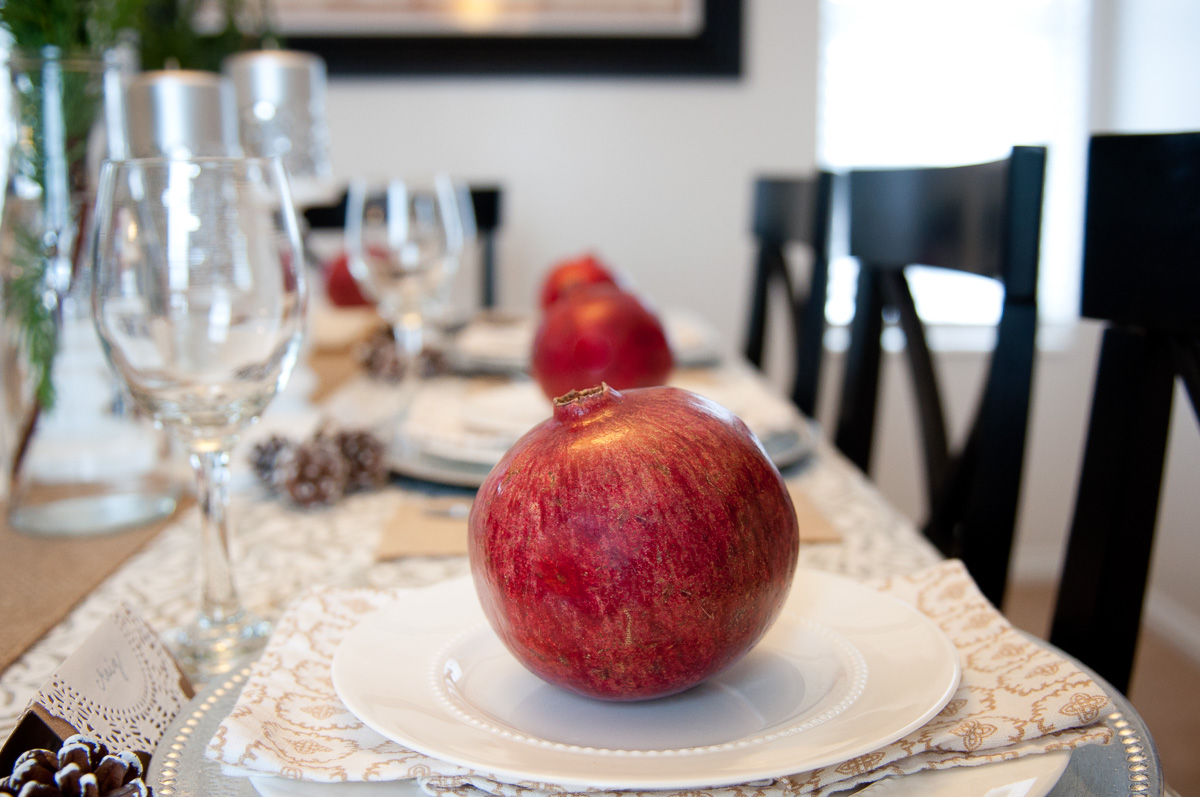 I swapped the names out for each round of company and washed and repurposed everything else. 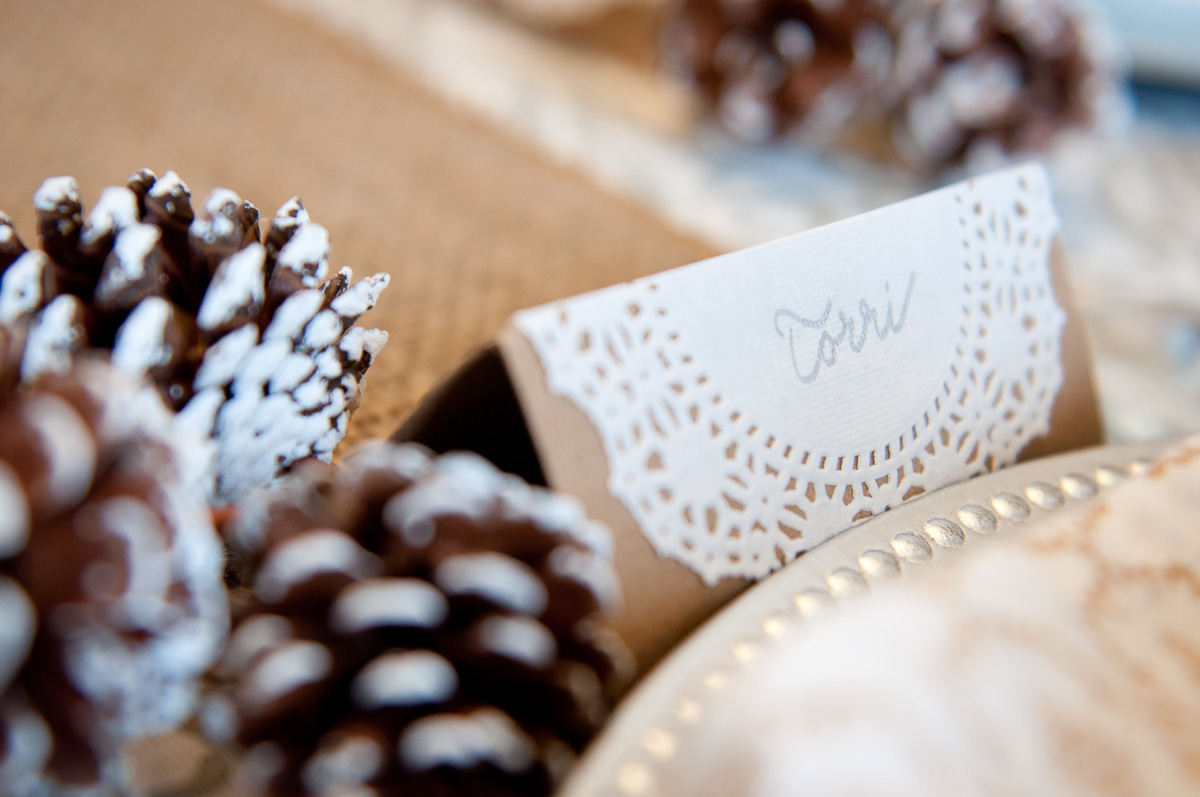 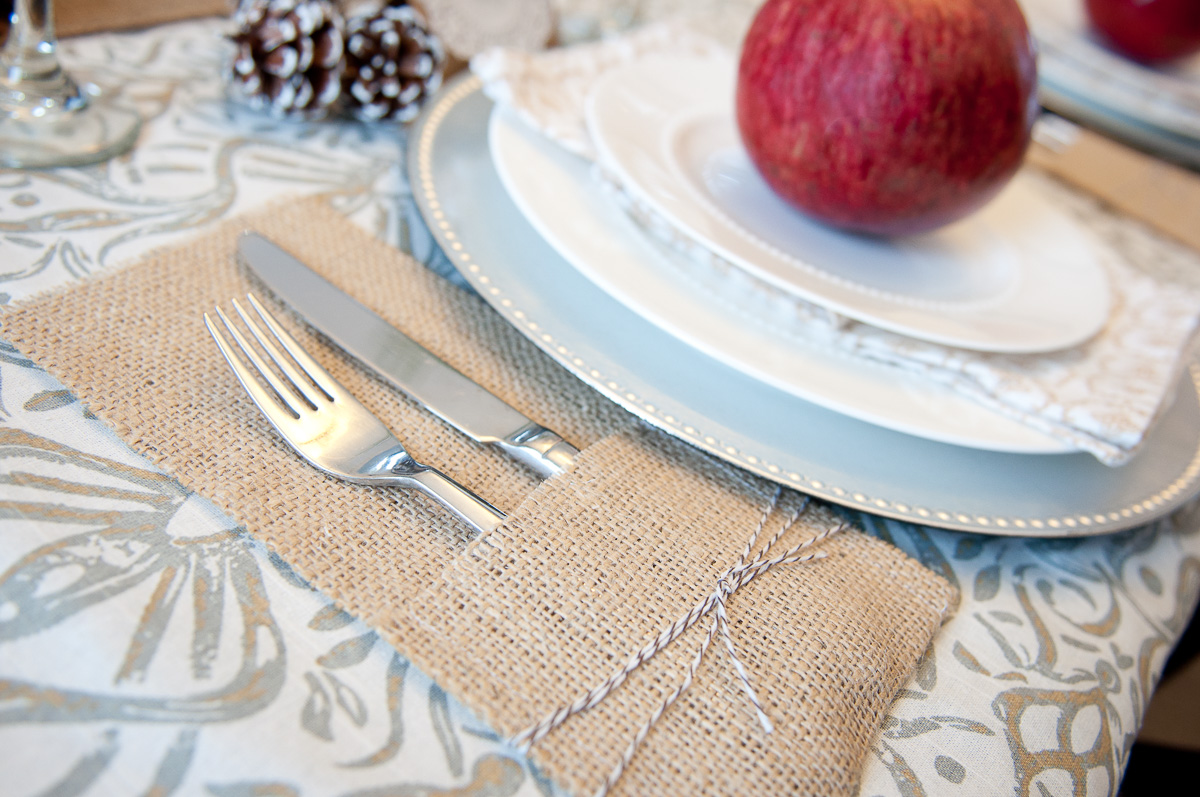 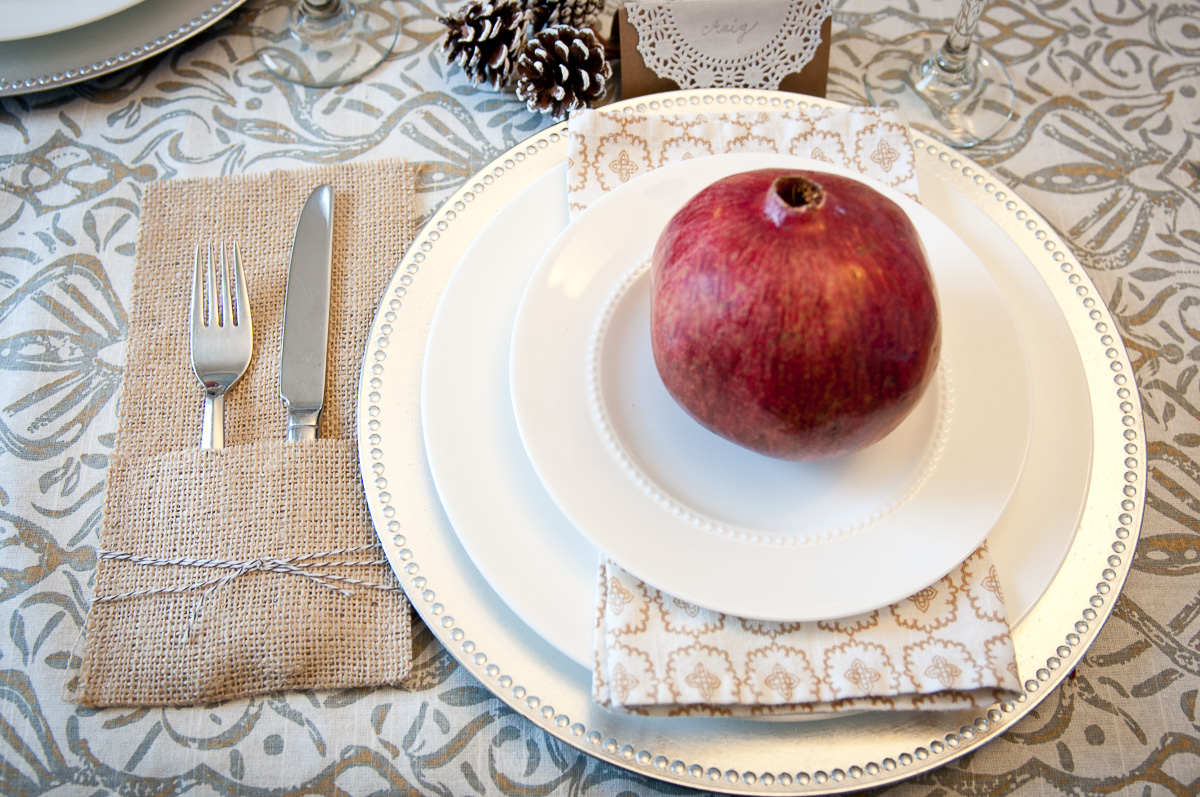 There are a lot of aspects of Christmas preparation that I don’t particularly enjoy (namely, shopping). But I was giddy as I set and re-set this table. I may even let it carry over to our New Year’s Eve dinner.