It has been three years since the ice castles were built in one of our favorite little towns in the mountains. The structures originated at a nearby resort and became so popular that they expanded to many more locations across the US. We were so happy when we heard they were coming back to their roots this year.

The only thing about their popularity is that they draw much bigger crowds than they used to. It was a tad more fun to visit when they were this secret gem tucked away that no one knew about. Now, everyone goes to the ice castles. Not that I blame them. They really are majestic and if I didn’t have my three four cold and whiny boys in tow, I could have stayed and taken pictures all day (and night when they were all aglow). 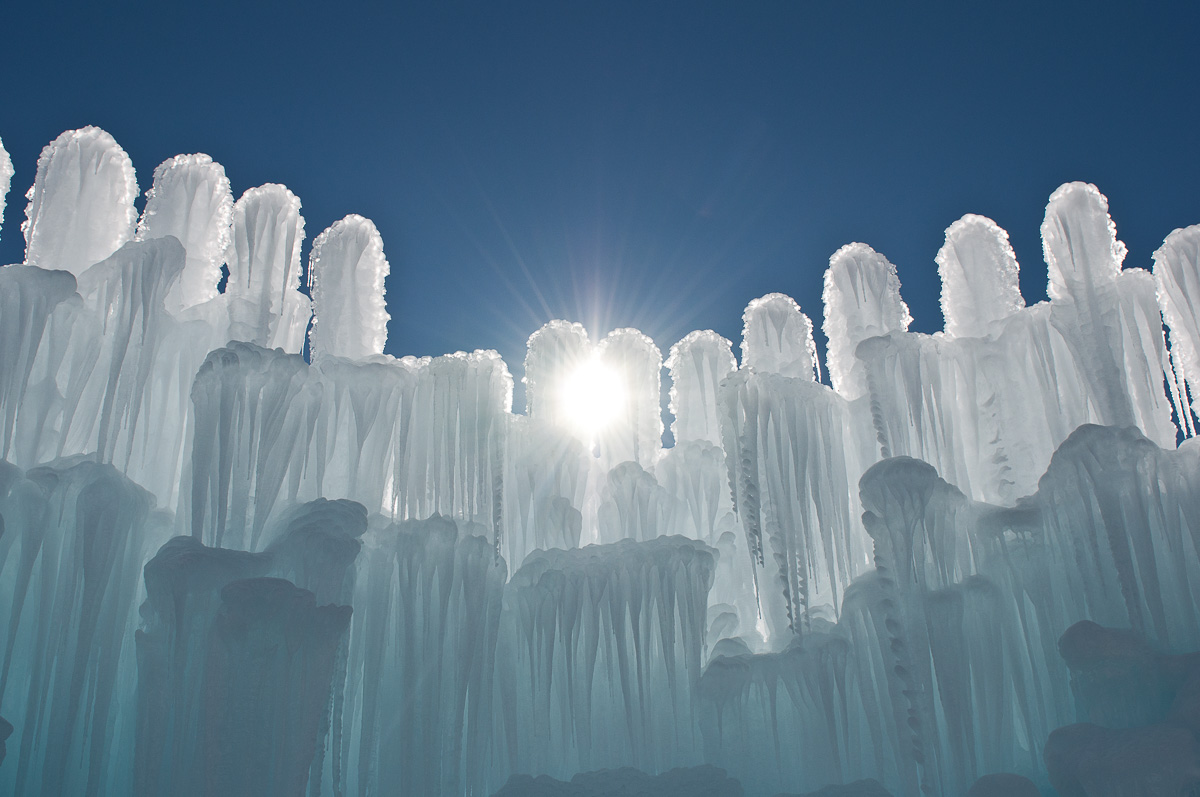 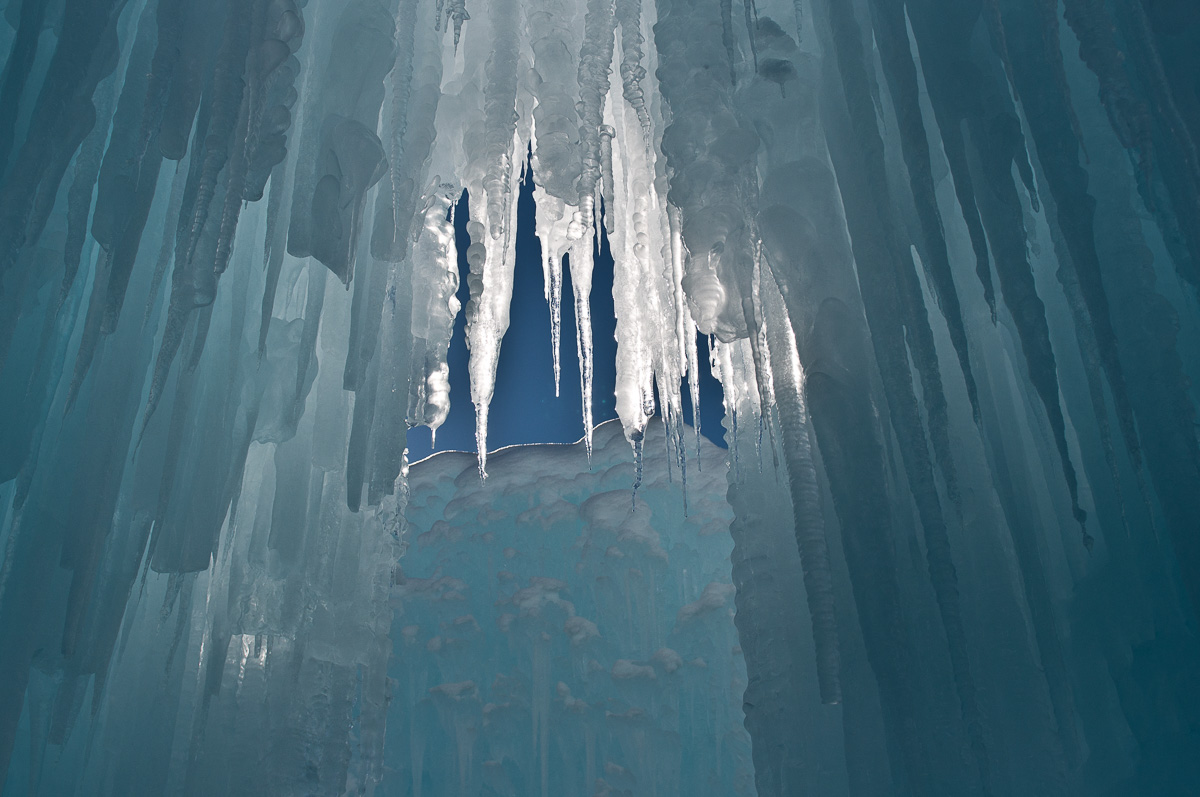 It was a bit slippery. 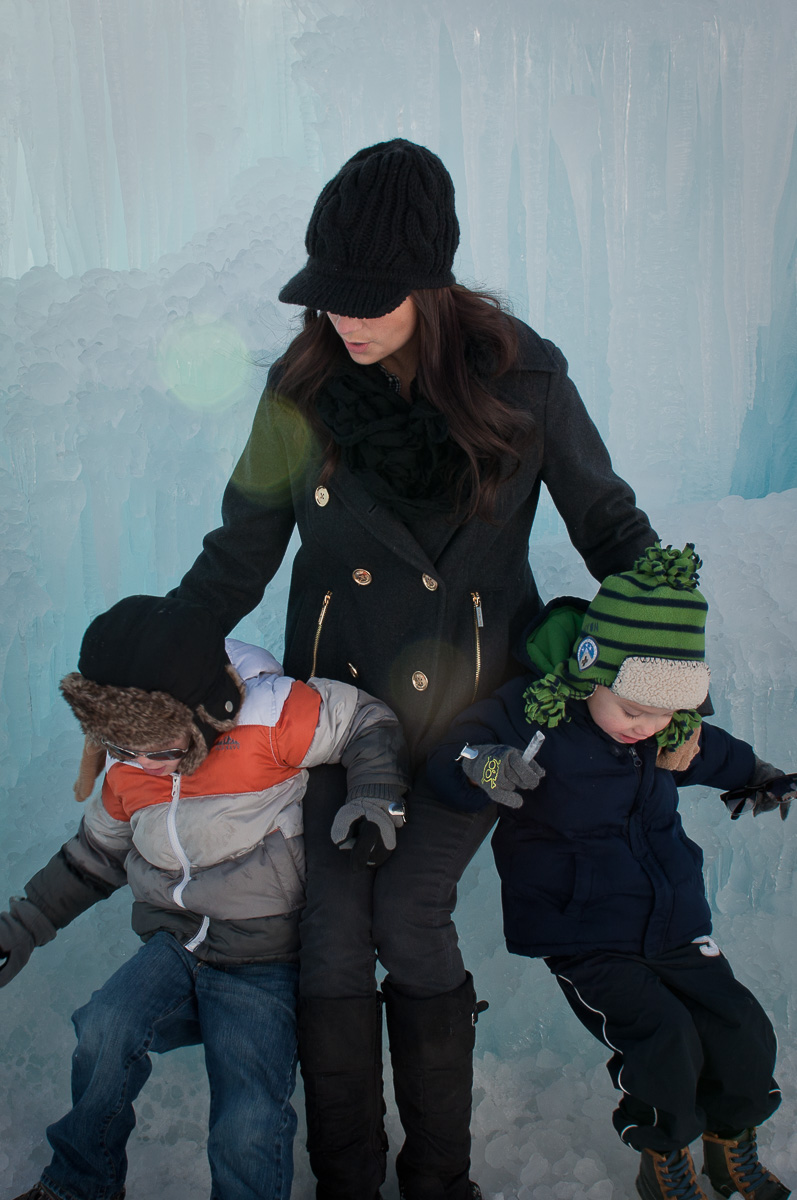 The boys adored all the tunnels they added for them to crawl through. 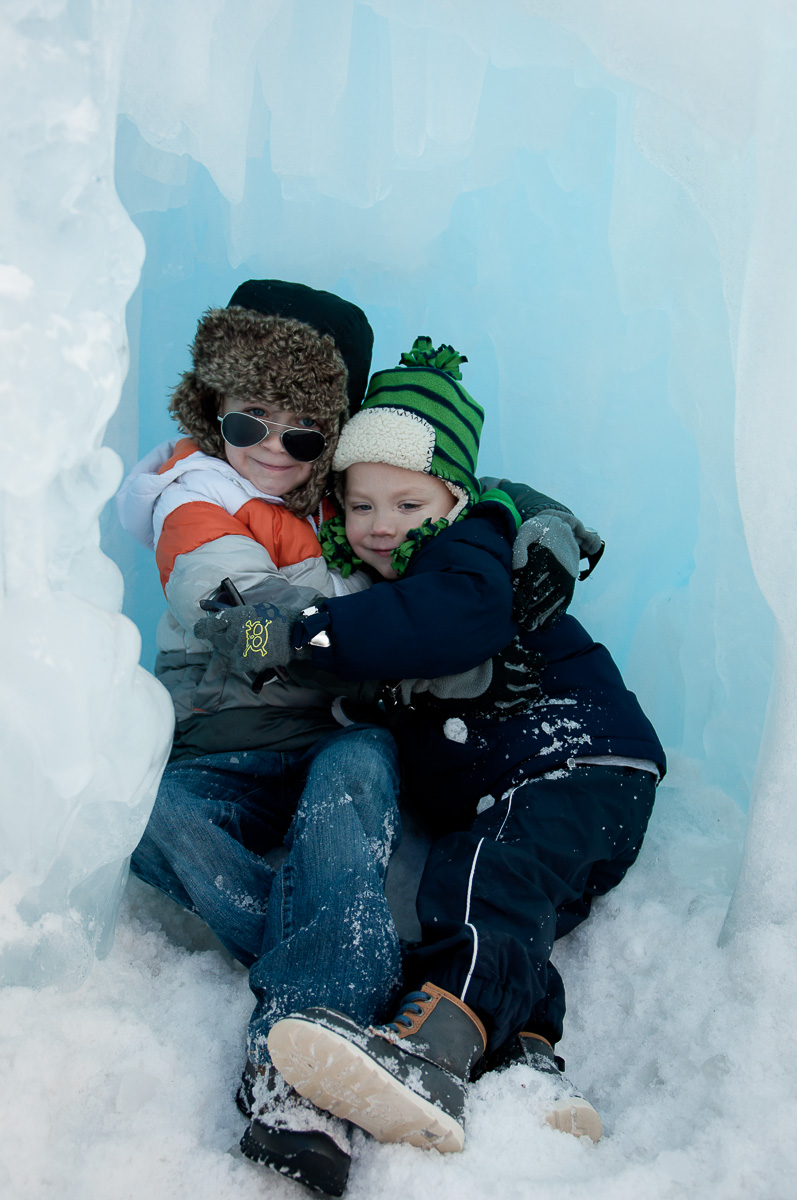 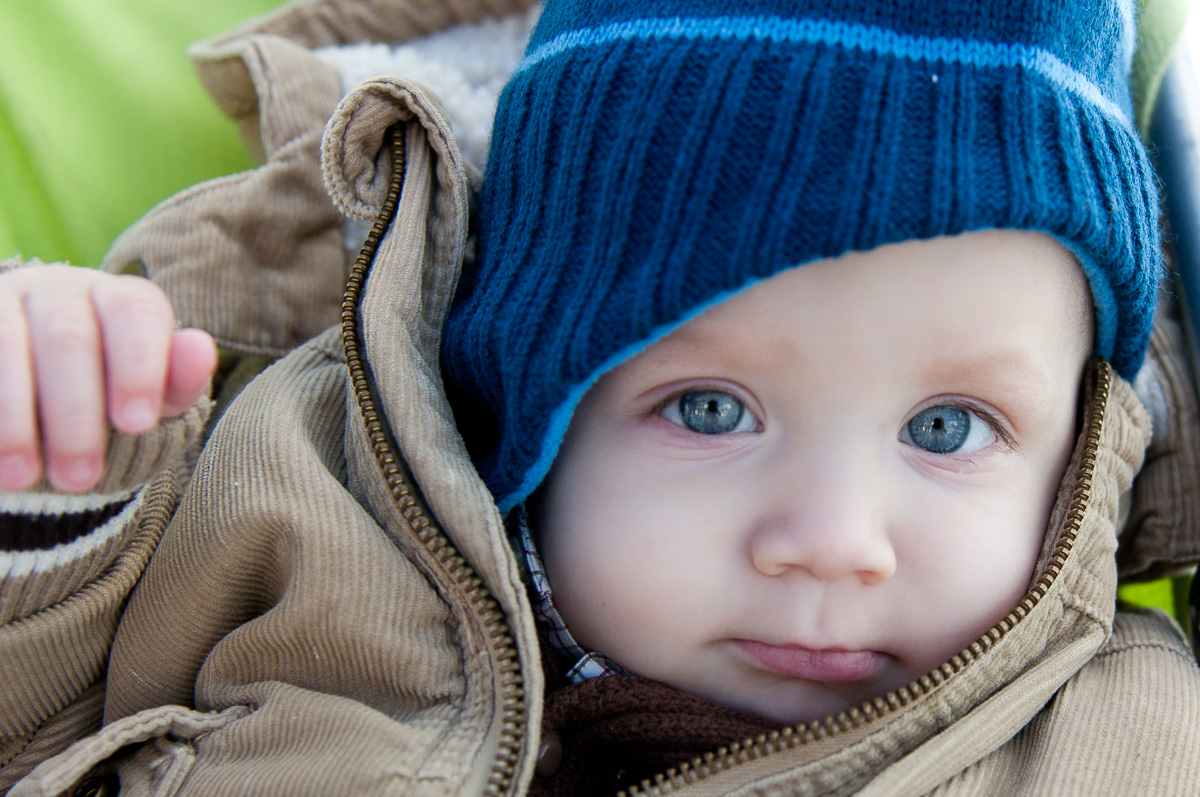 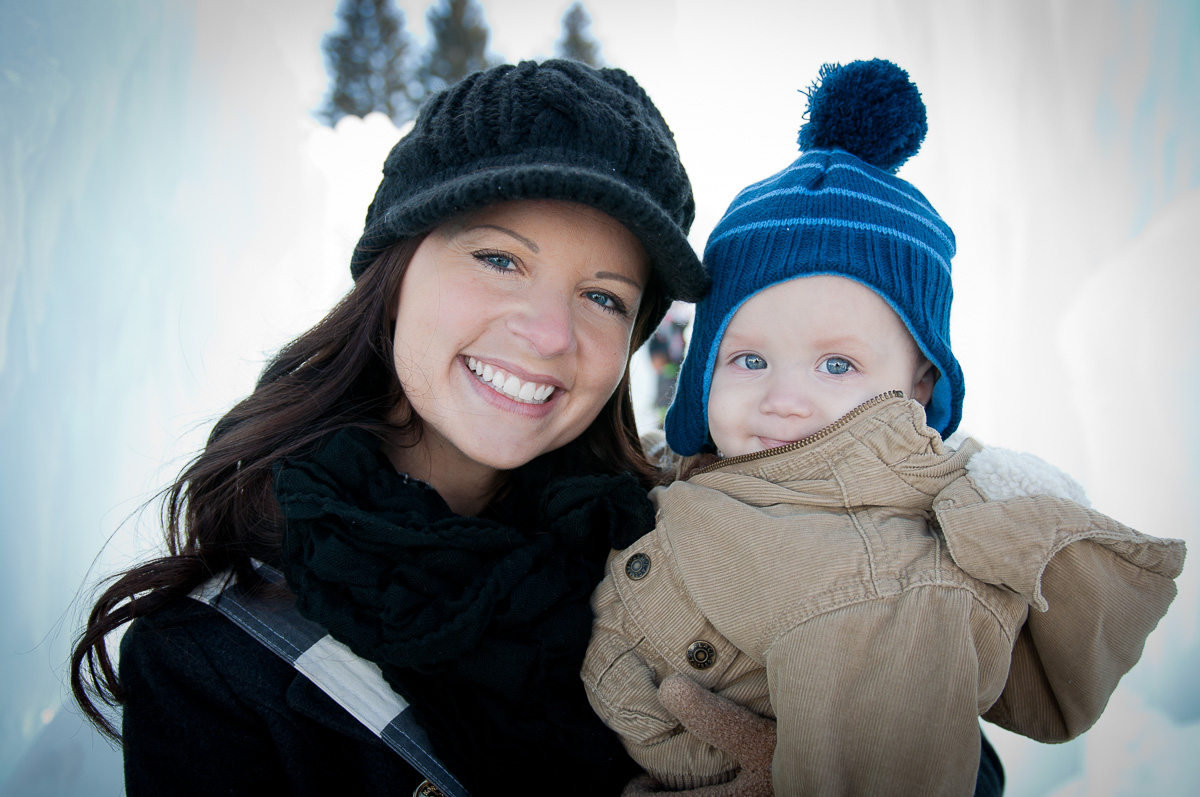 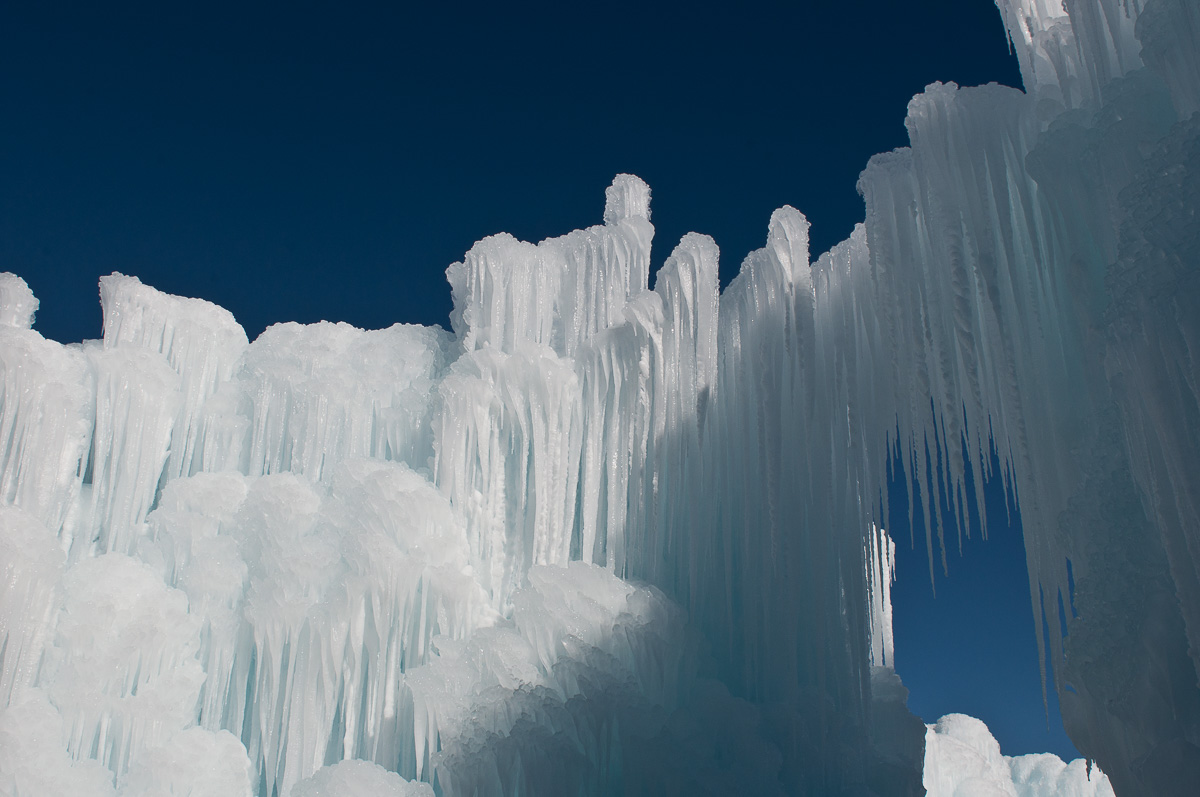 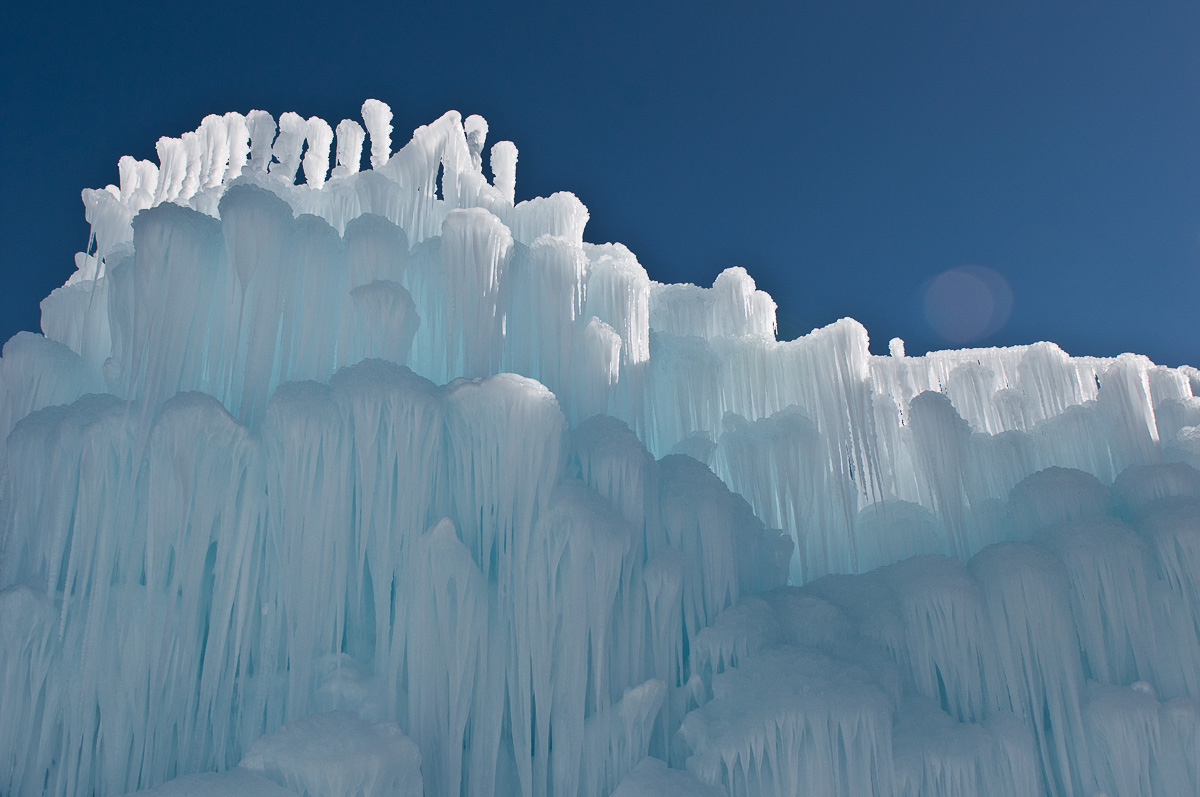 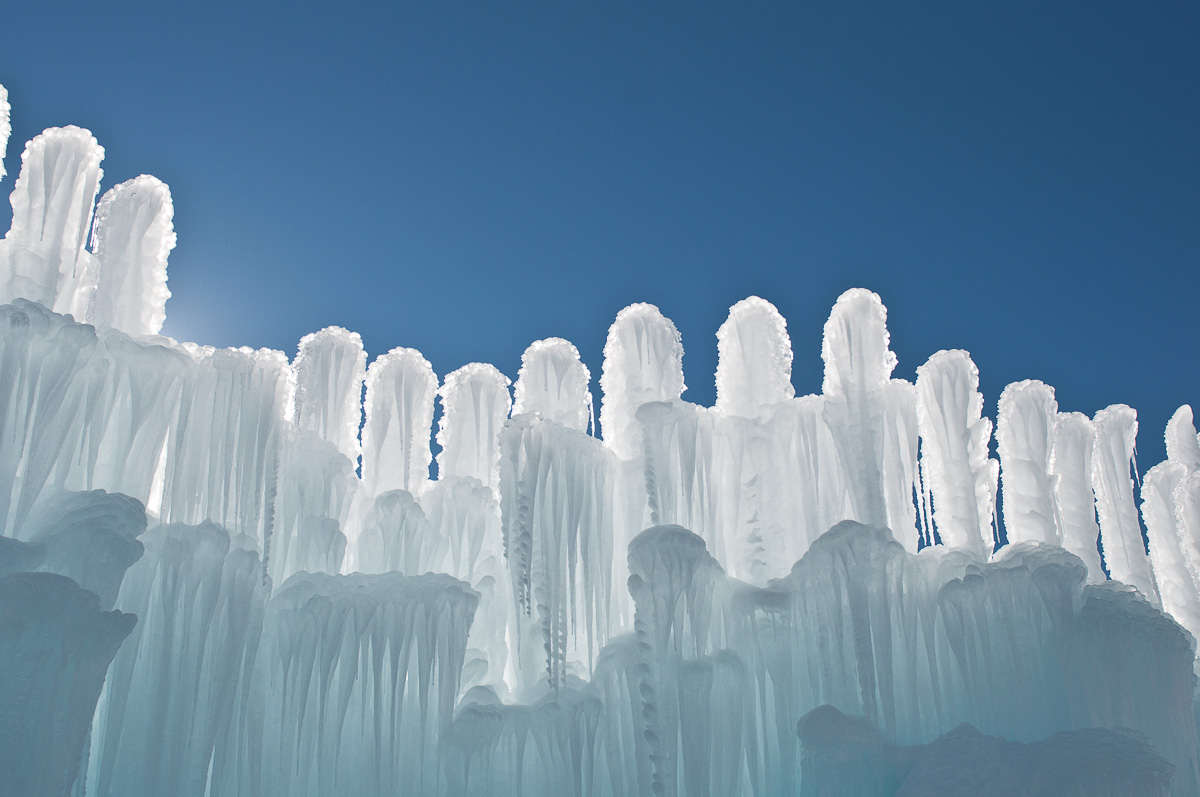 Look who was hiding in one of the ice castles. 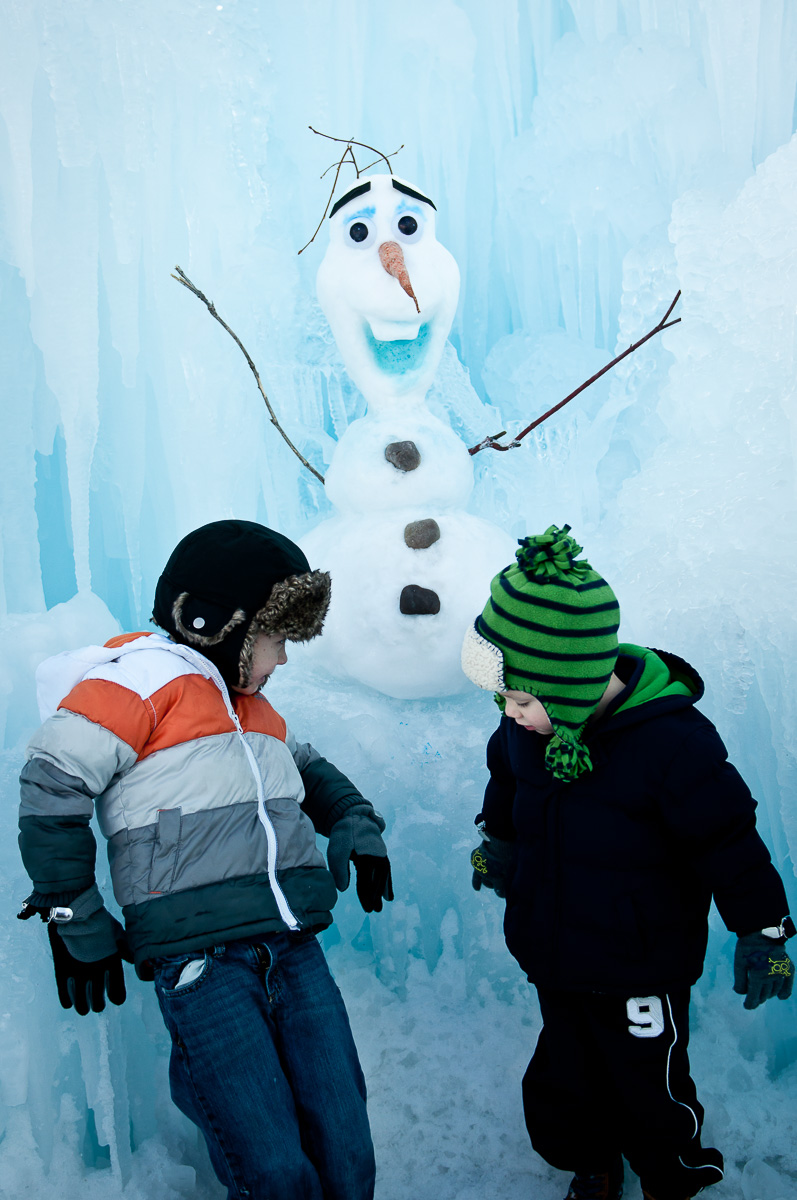 Boys with cold hands in pockets. Ready for me to put my camera down and get out of the winter wonderland, despite its beauty. 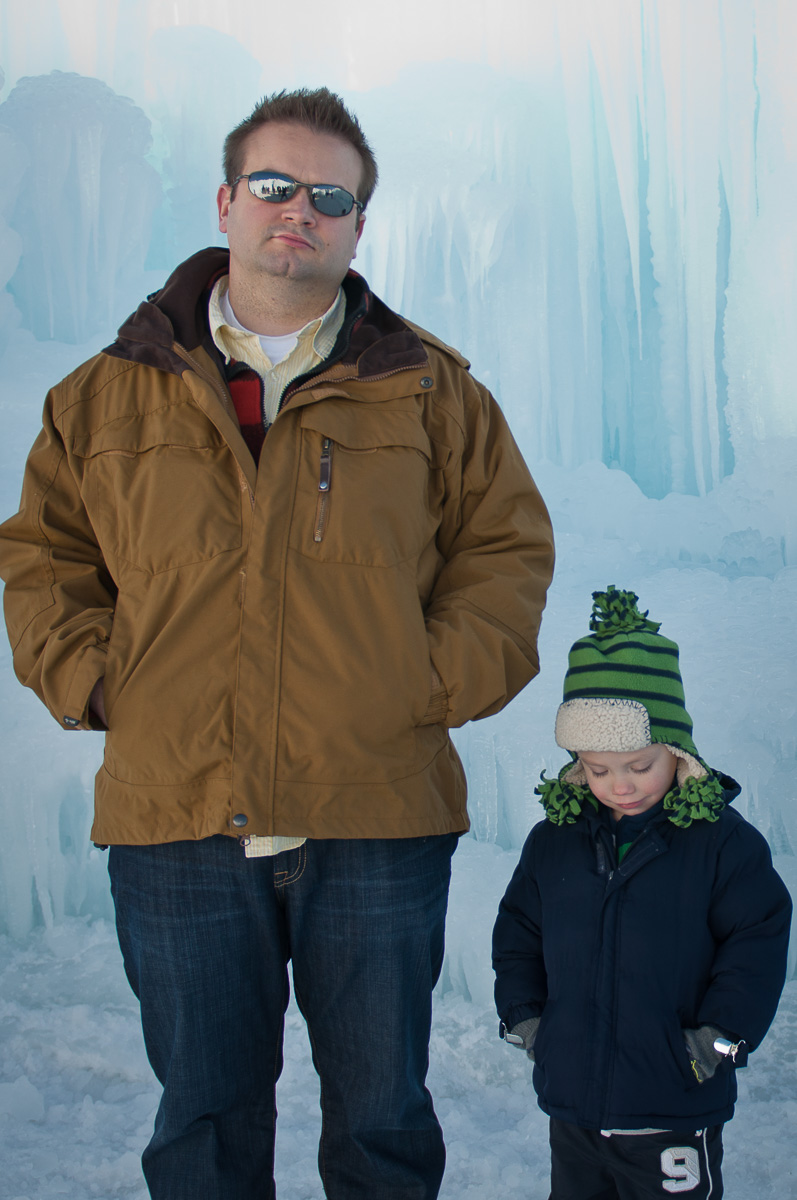