Blake’s pirate party was both a first time birthday celebration for him and for his master planner, a.k.a. me. (Part one is here.) I was worried about entertaining 14 young children for two hours, so I planned lots of activities to keep them occupied.

First off was cookie decorating. Originally, I thought I’d have my cookie queen friend make beautiful ships and pirate faces to add to the display table. But she came up with the idea of having the kids decorate their own treasure maps on cookies. As hard as it was to pass on her cookie masterpieces, I agreed that allowing each child to paint his or her own treasure map would be a perfect activity.

Each child received an edible paint palate, a blank treasure map cookie and a paintbrush. 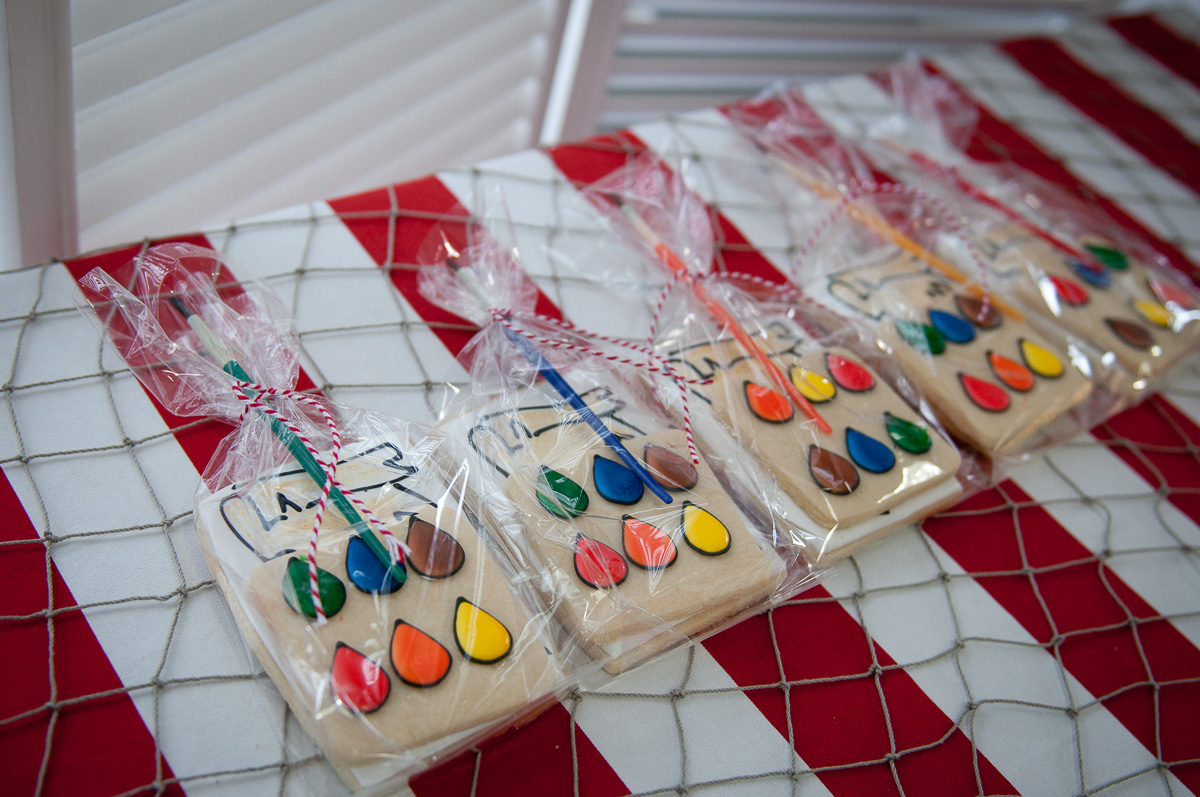 I set out the cookies on treasure map placemats to give the kids some ideas about what to paint. 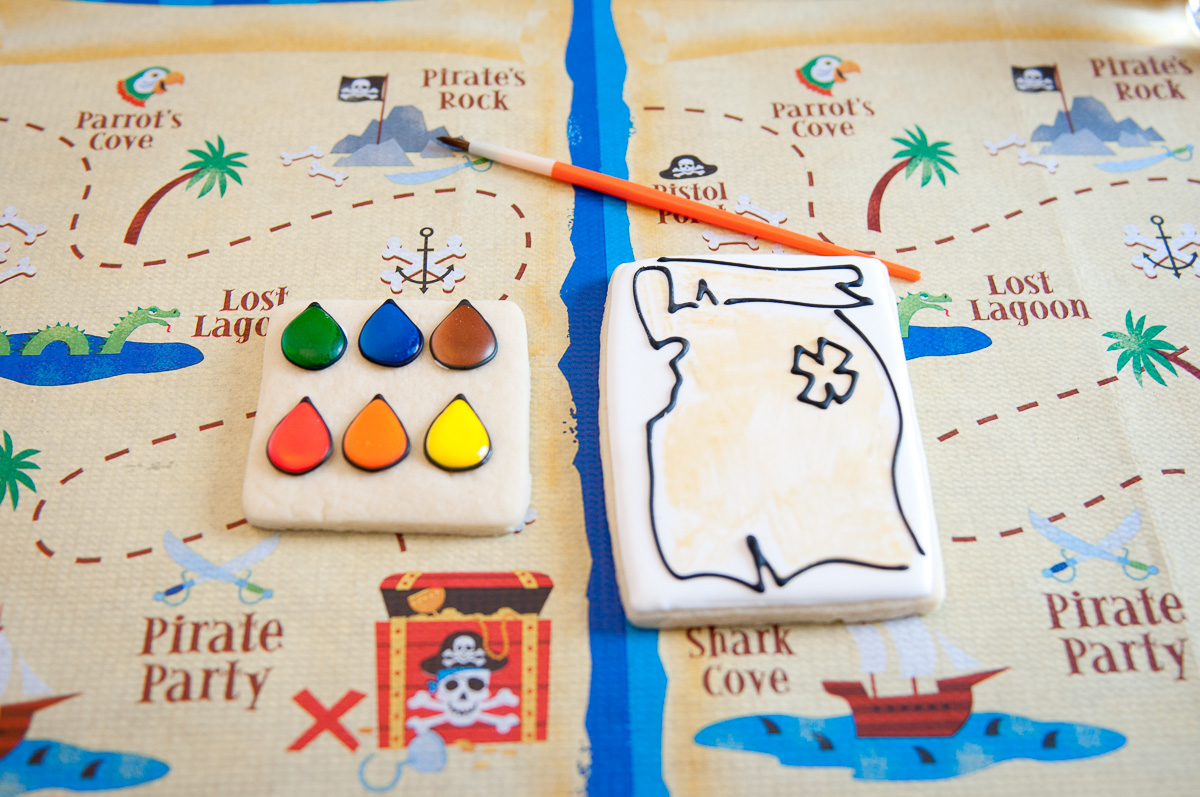 It was so much fun to see how unique each cookie turned out. And after they added their dashed treasure map lines that led to the X, they loved being able to eat their masterpieces. Blake actually took little nibbles around the edges for days because he didn’t want to destroy his hard work. 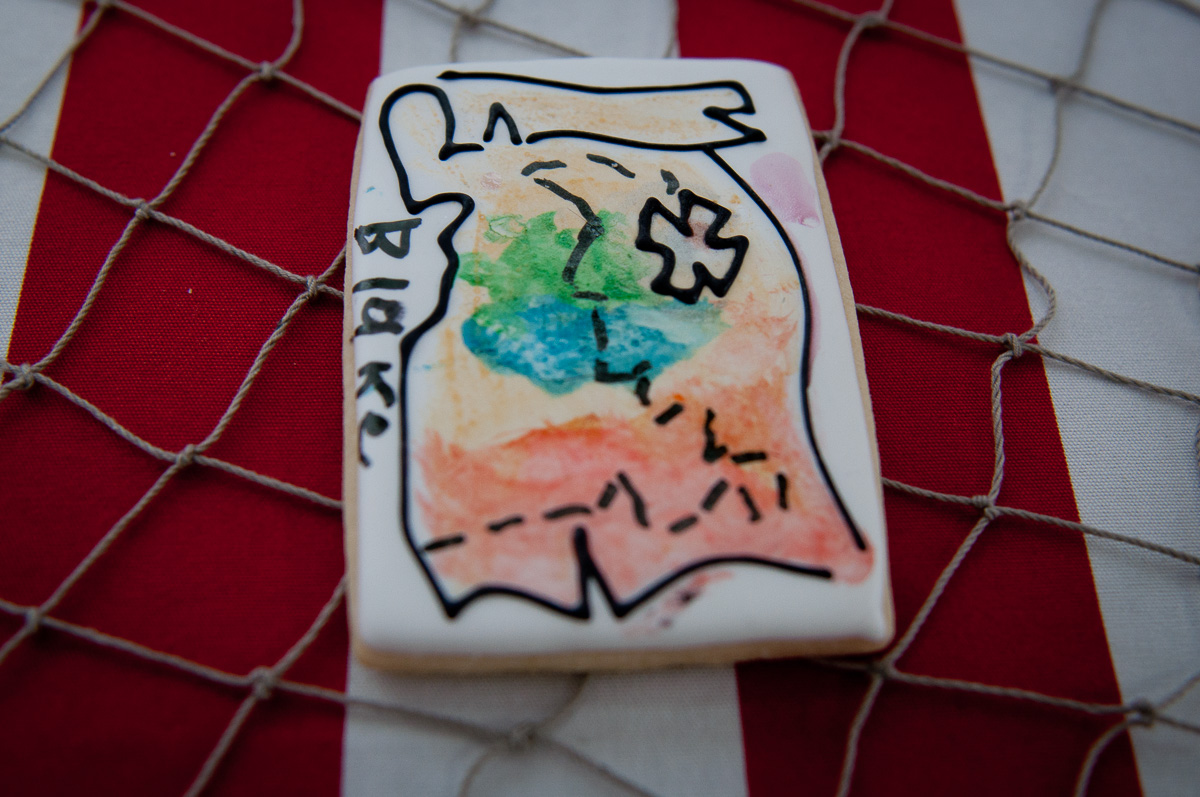 We had a cannonball launch where Troy bounced ping pong balls and the kids tried to catch them in buckets. 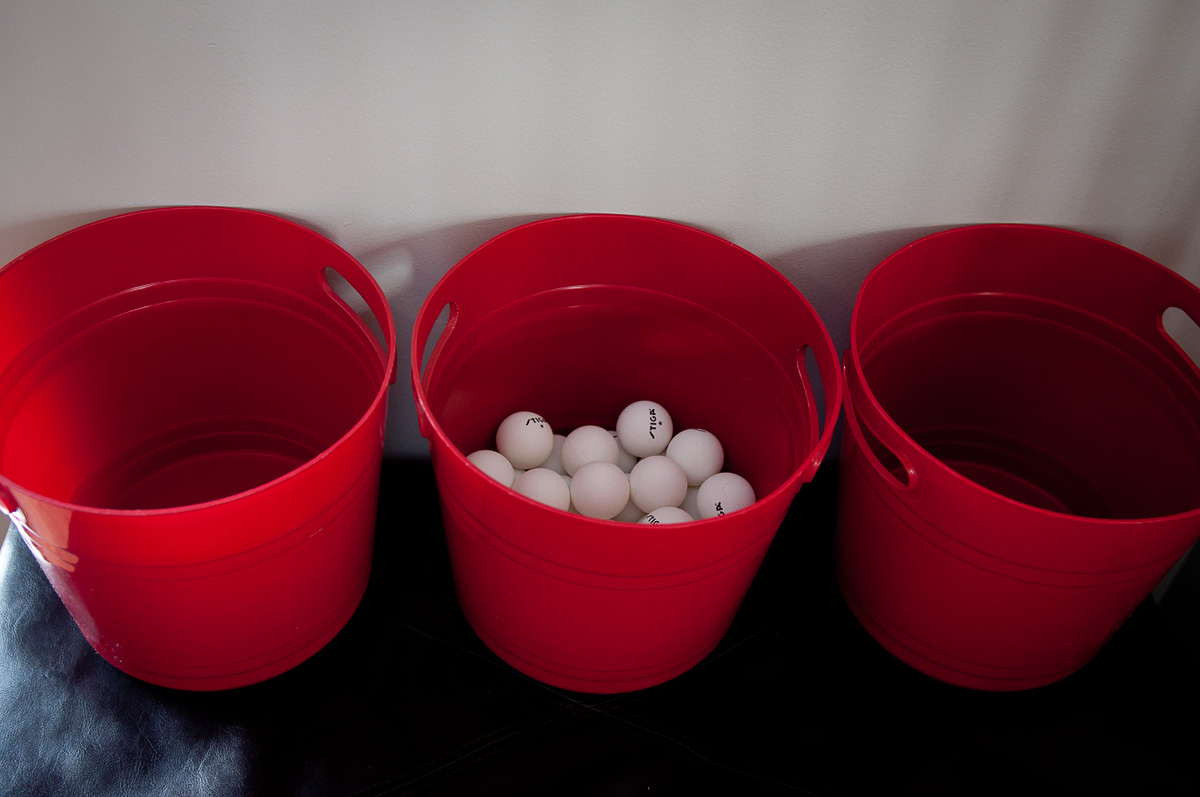 And what would a pirate party be without a plank to walk? 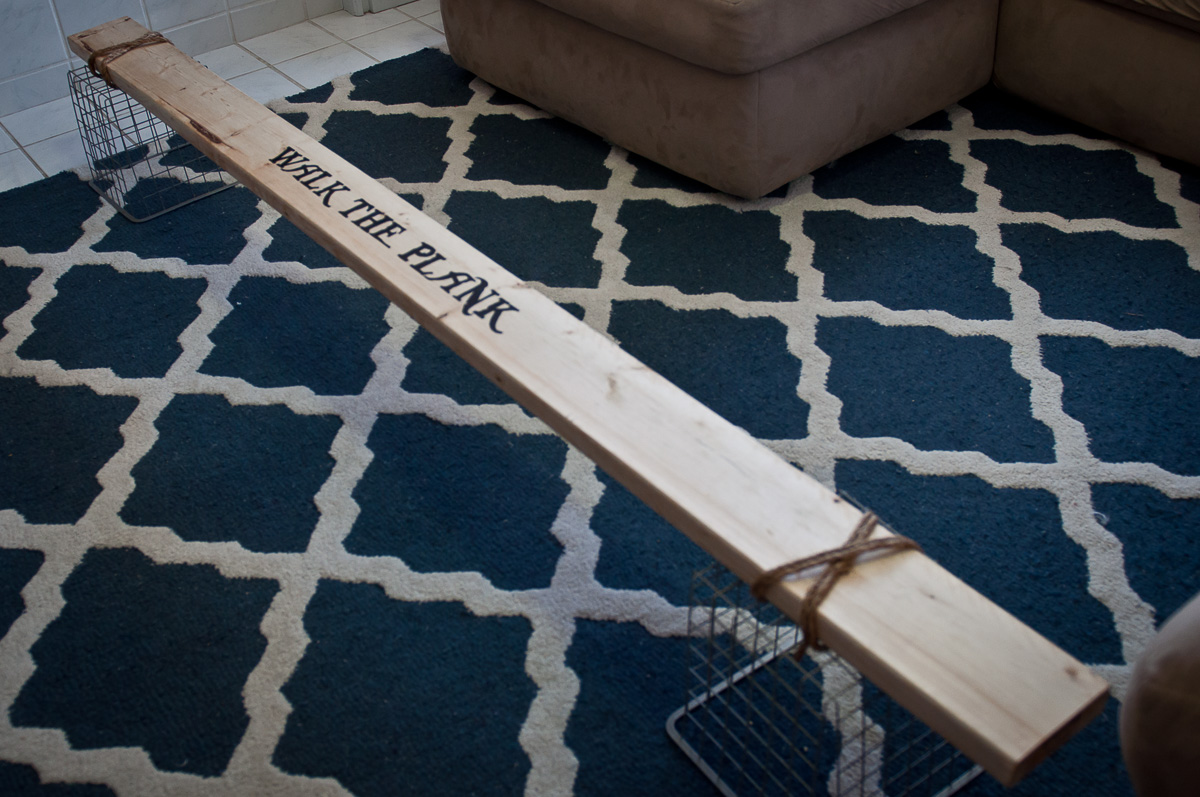 Blake helped me paint on all the letters. 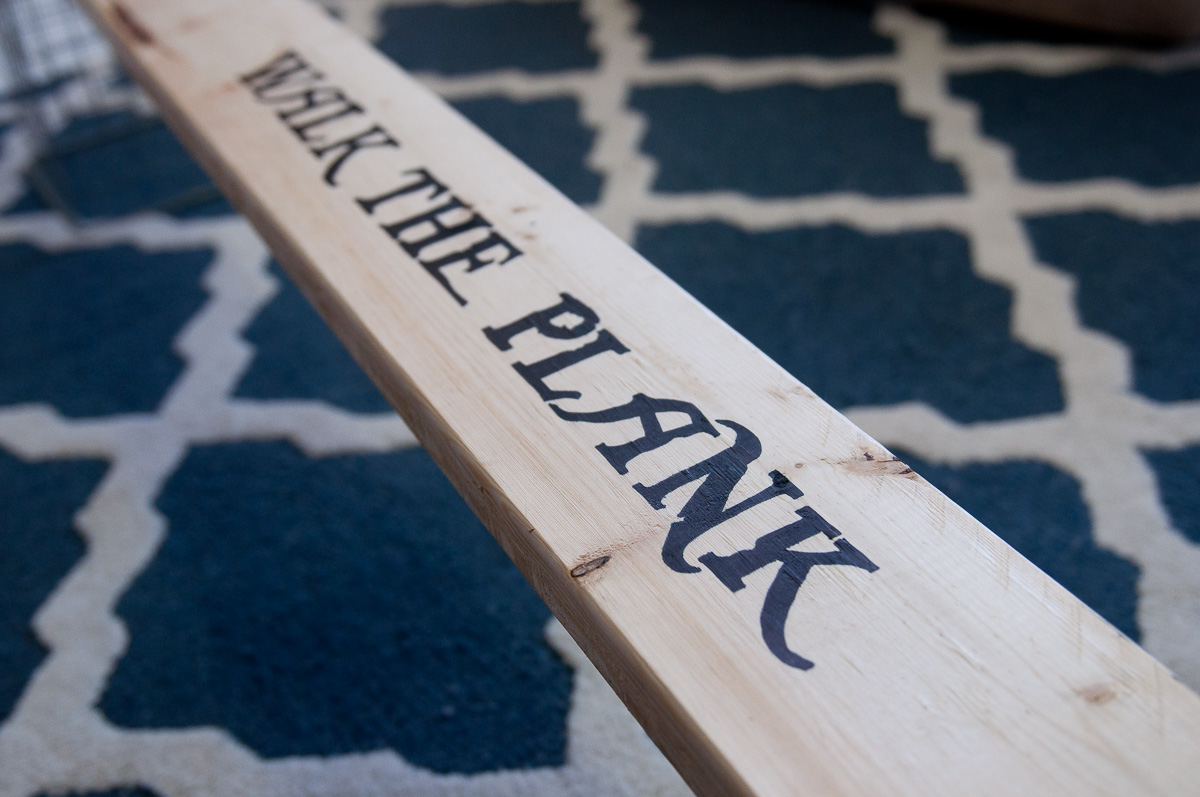 I hid clues all over the house for our treasure hunt. The kids became master riddle solvers as they figured out where each clue was hidden. 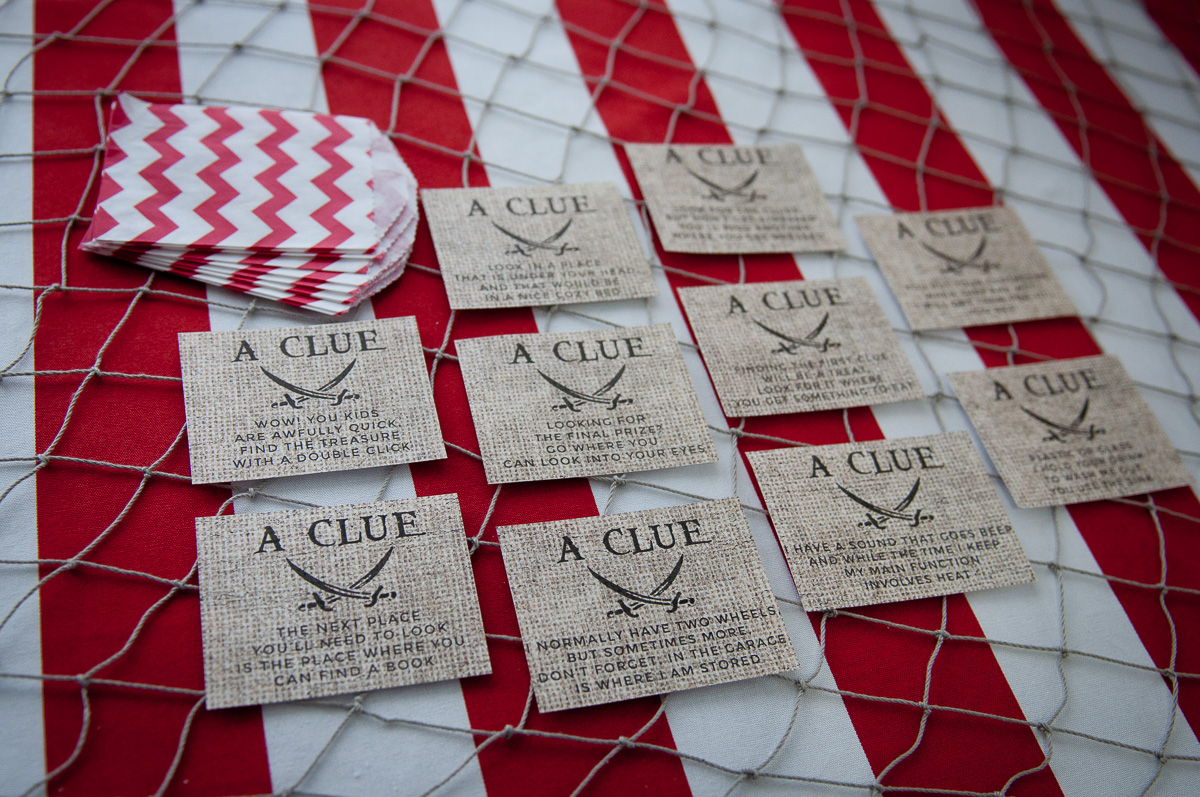 Finally, they found the final clue that led them to the treasure chest. 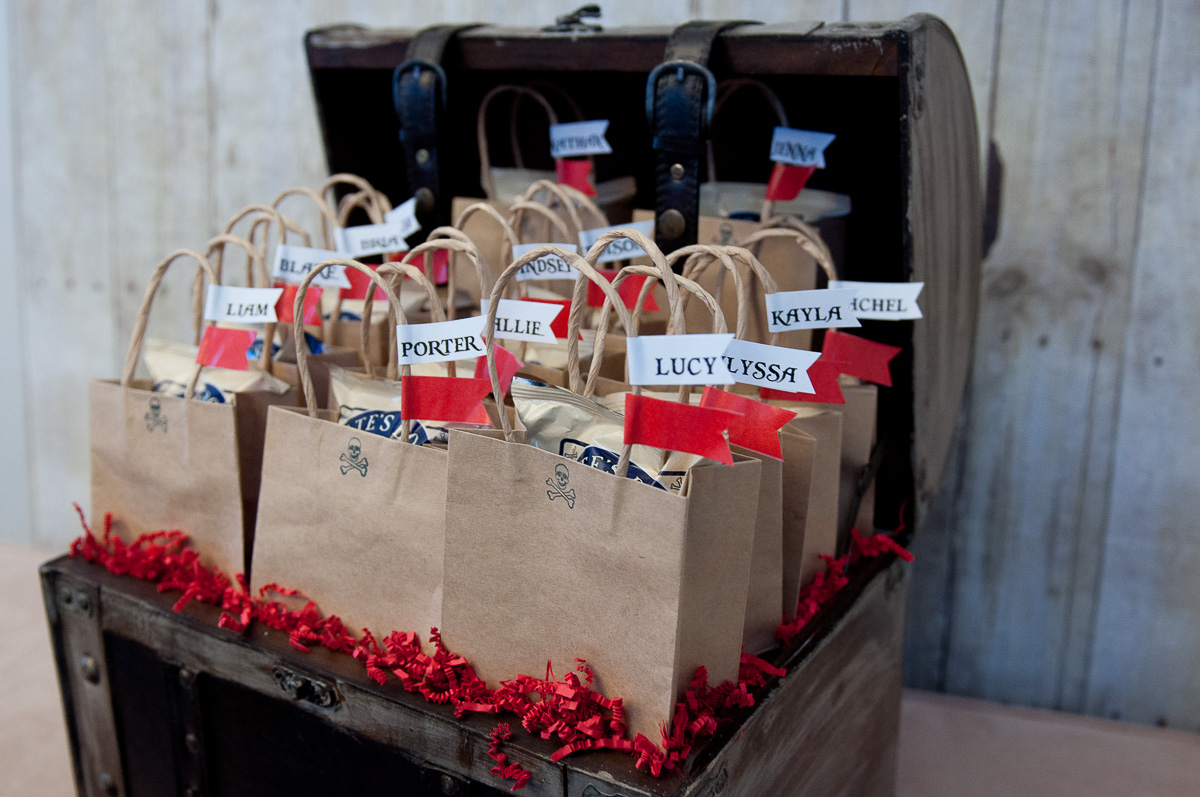 Each child received a treasure bag filled with Pirate’s Booty, stickers and a skull and crossbones hand stamper. 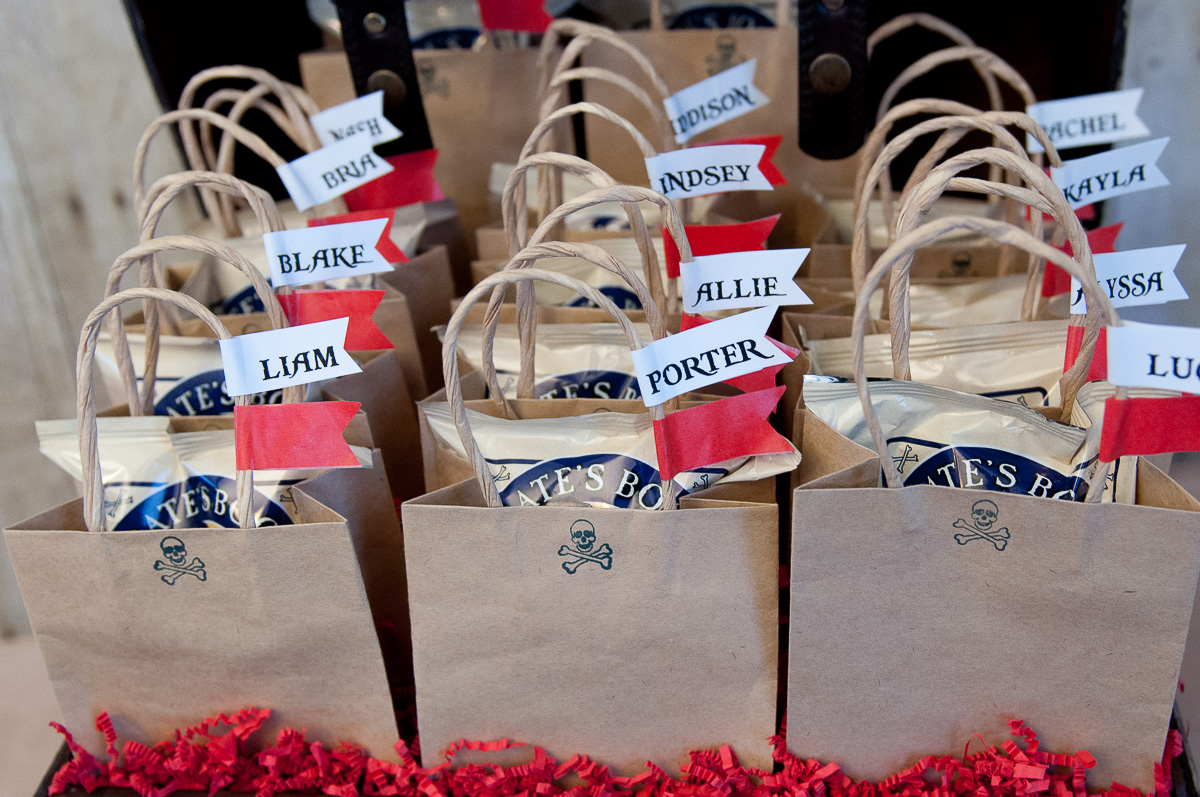 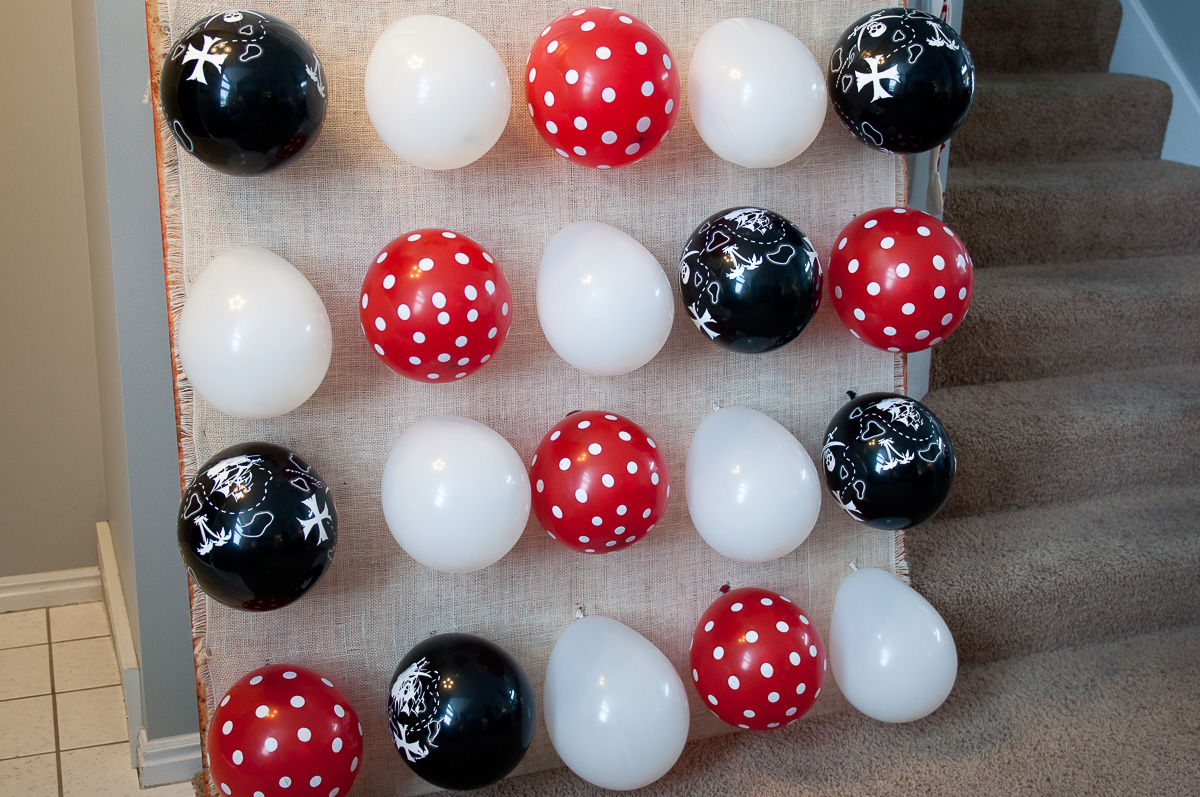 Throwing those darts and watching the balloons explode and send gold coins flying everywhere was a definite highlight of the party. 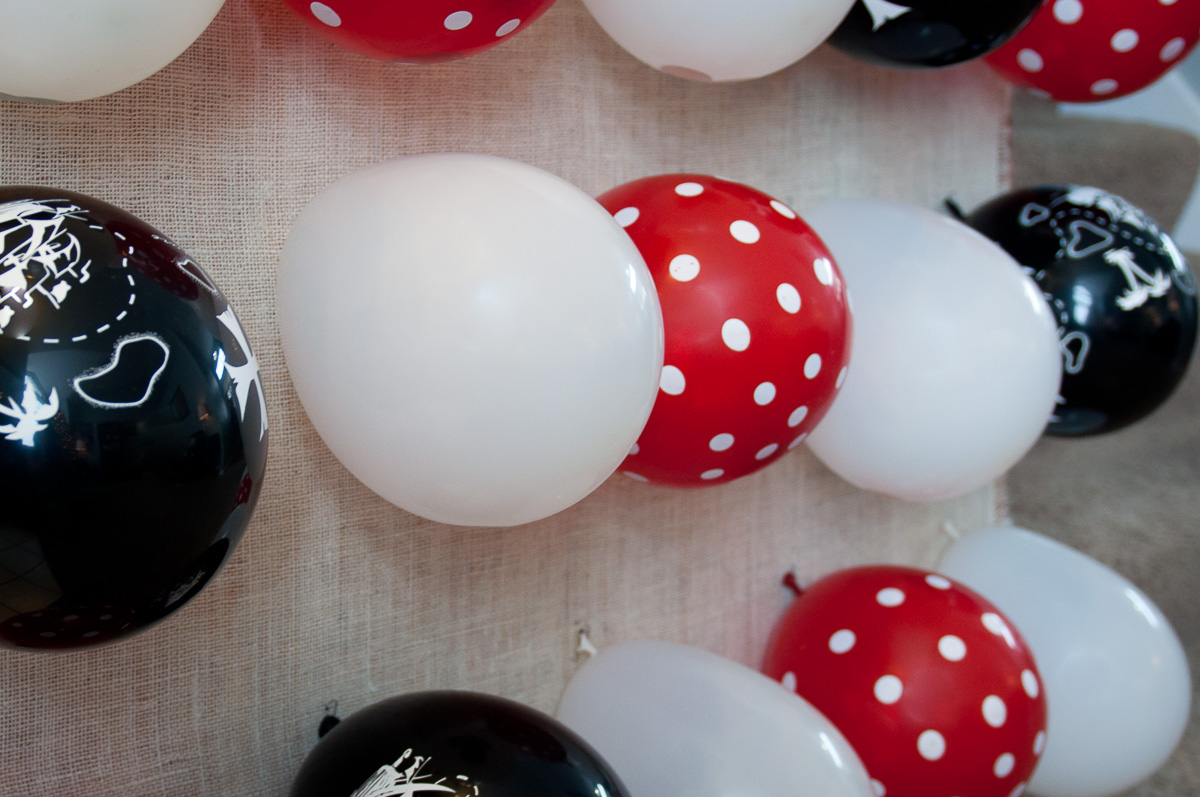