My plans for slowing down on Easter Sunday after a busy weekend didn’t exactly pan out. My family came into town for a few days, so in addition to Easter basket finding, Easter dinner and another egg hunt, we crammed in Crew’s birthday celebration. We also carved out some time to set up the trampoline since we had extra helpers around and Troy couldn’t really complete that task on crutches. It was an exhausting day, but the sugar high and being surrounded with family helped keep the adrenaline flowing.

After attending uplifting church services, it was time to tackle the agenda. Somehow, in the midst of all the festivities, we forgot to snap a family photo. Troy was still in church meetings when the boys found their baskets and by the time he got home, Crew was down for a nap. So, the three boys will have to suffice this year. Just imagine Troy on crutches and me with a hint of a baby belly.

The Easter Bunny (with the help of my brother during the last 15 minutes of church) attached each basket to a trail of yarn as per tradition. 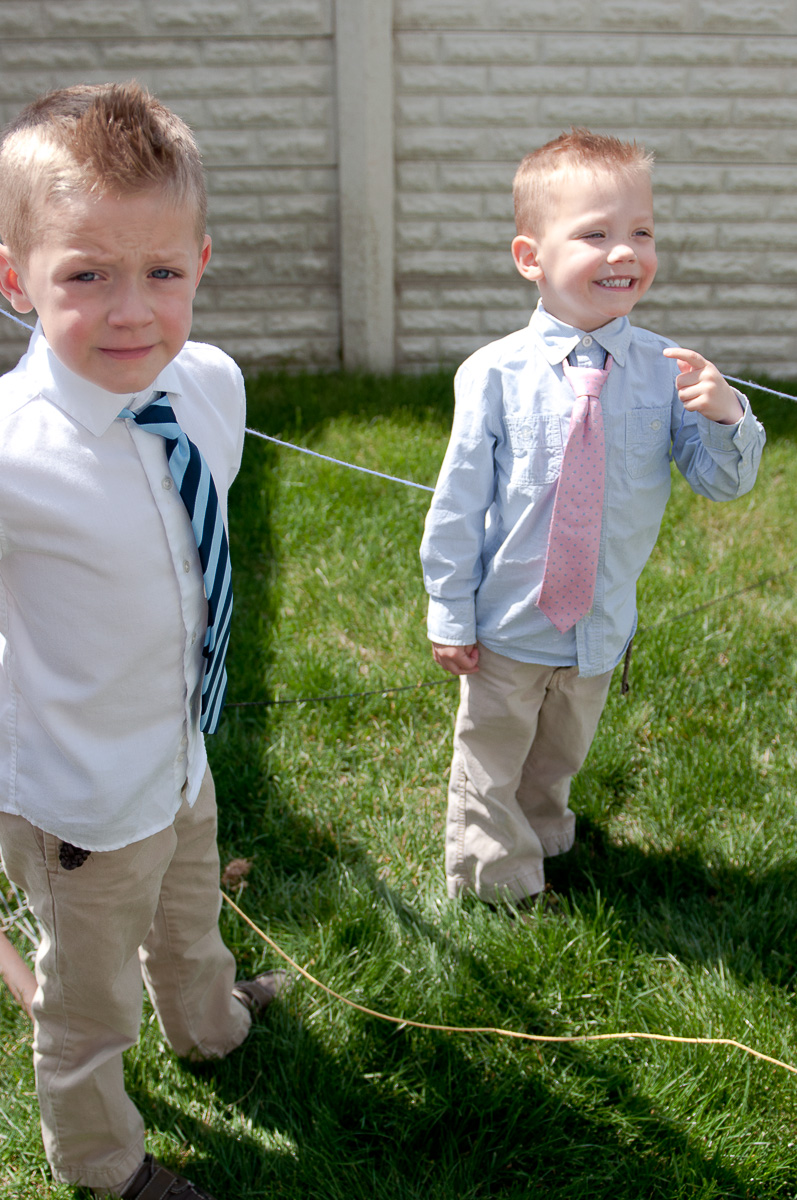 The boys are getting faster and faster at following those trails that lead to their baskets. 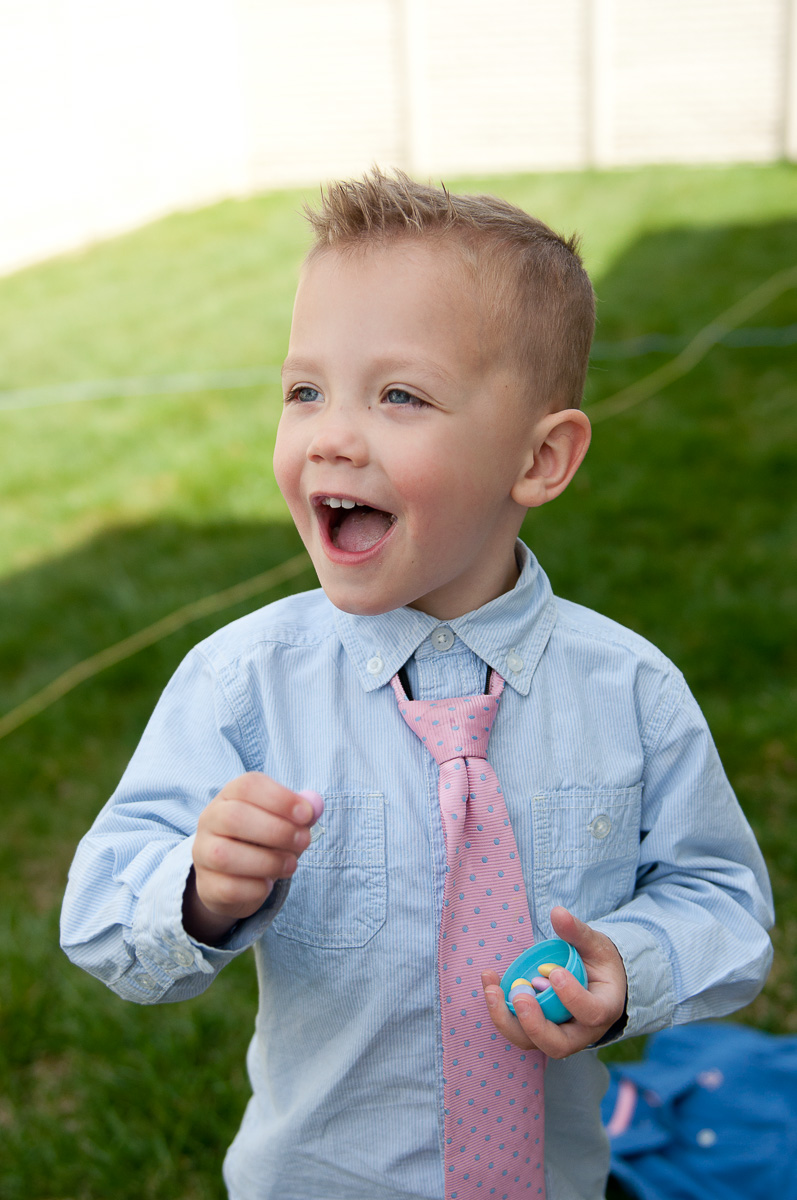 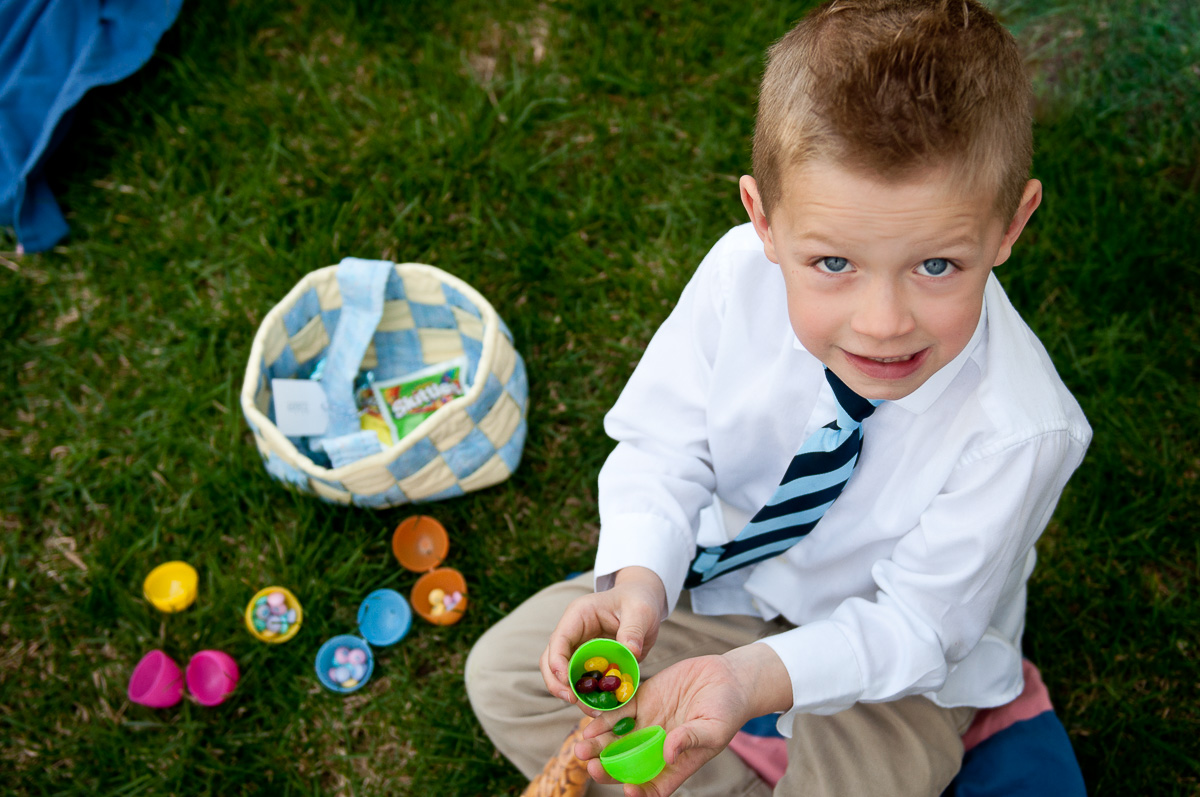 Crew’s grandpa assisted him along his yarn trail. 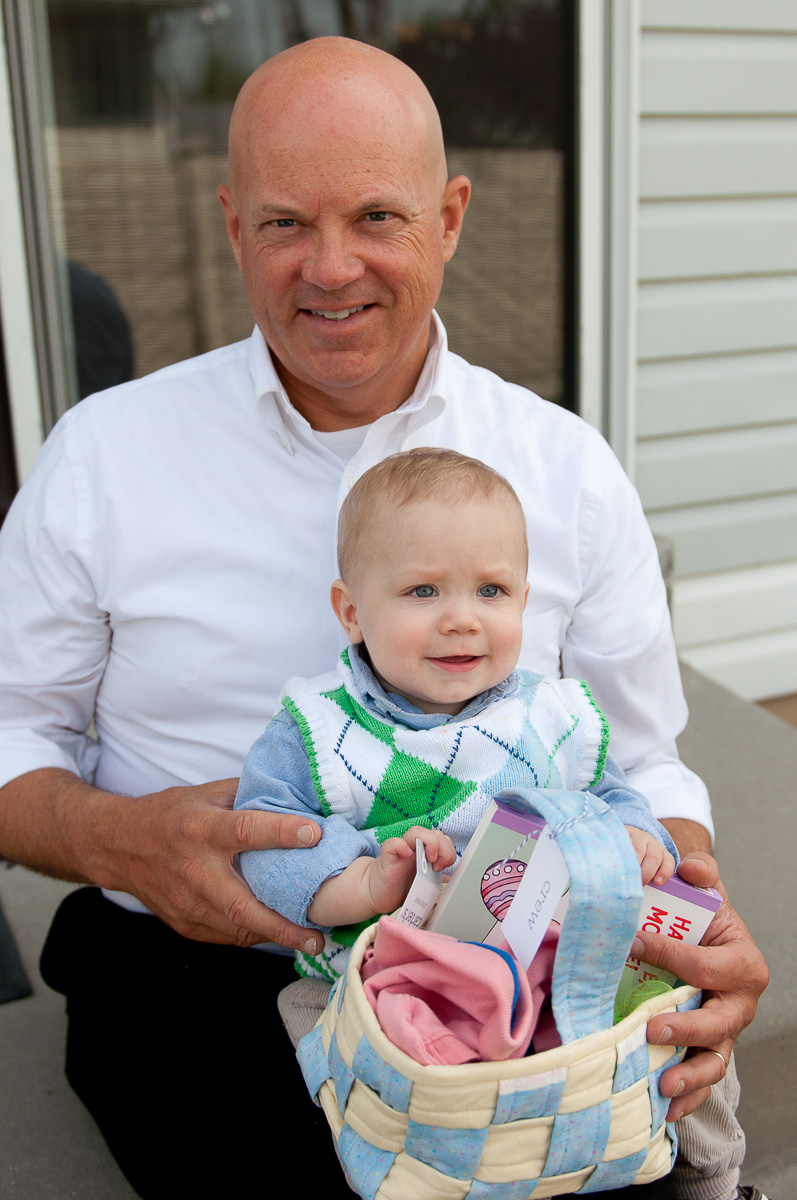 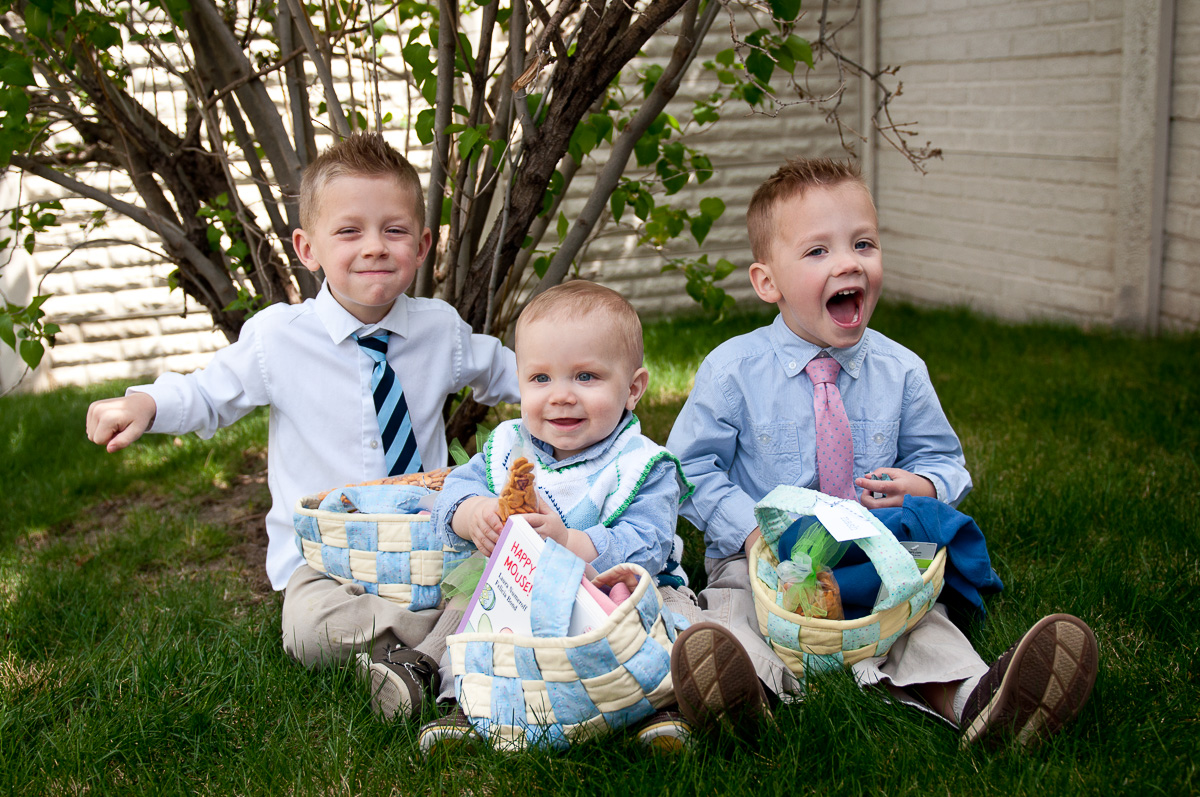 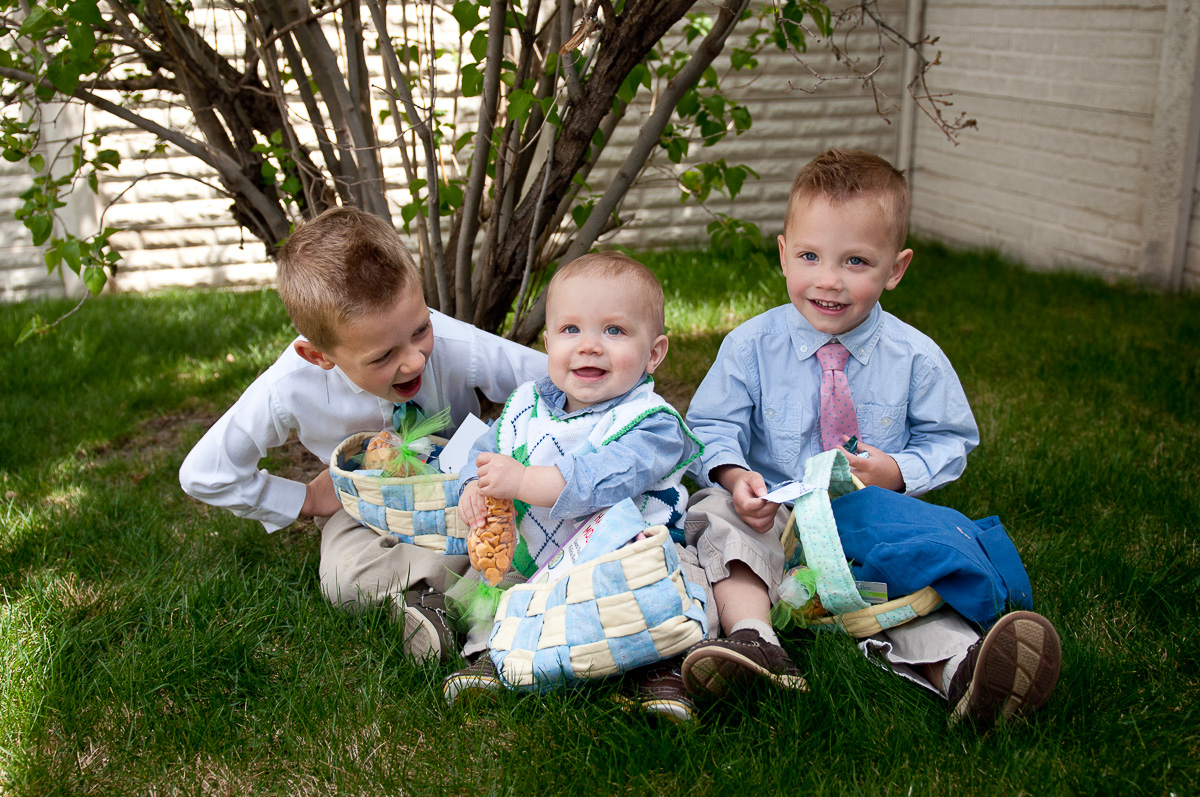 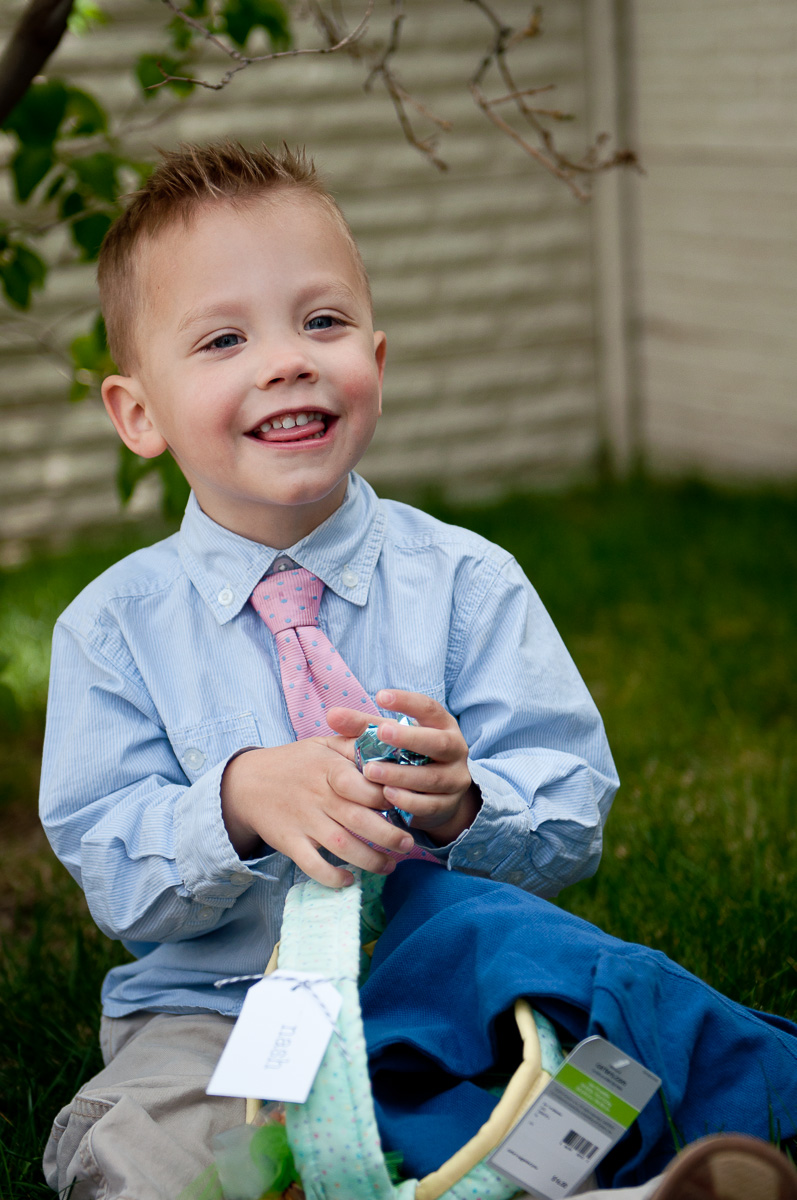 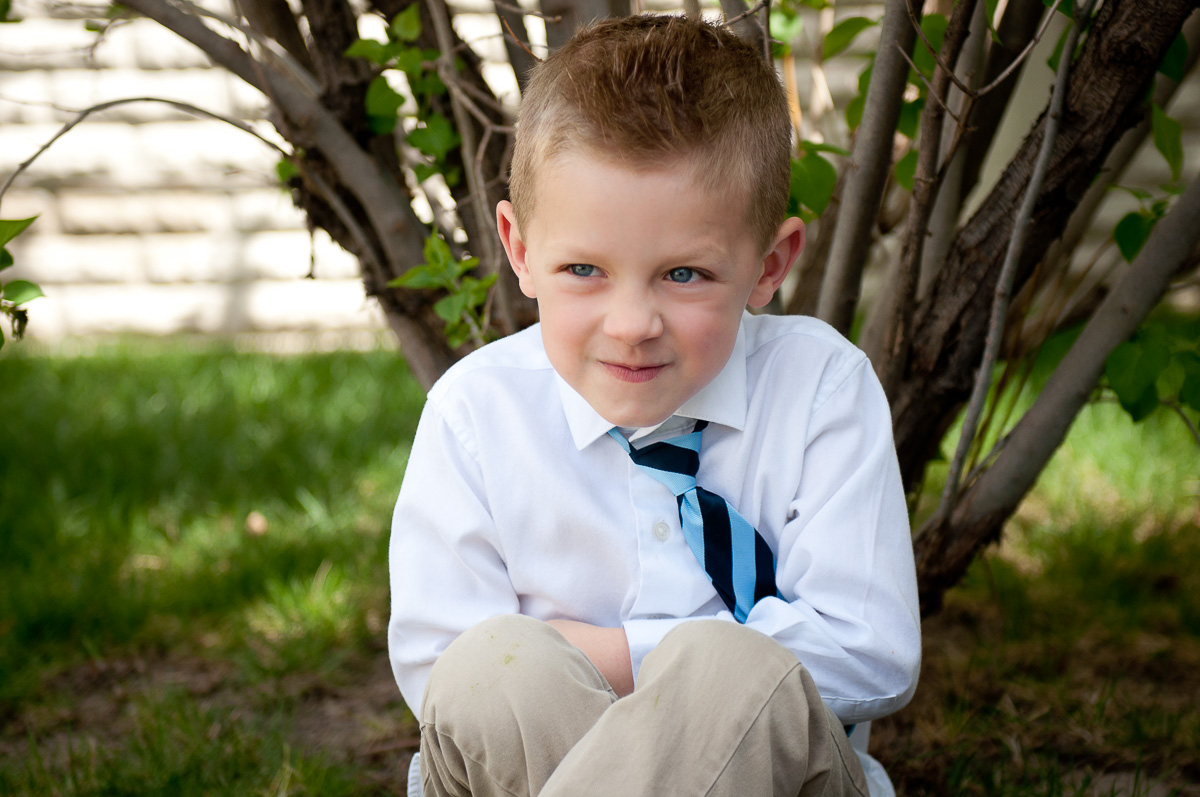 Crew tried to hide from us to dodge nap time, but he couldn’t help but peek out from underneath the curtain. 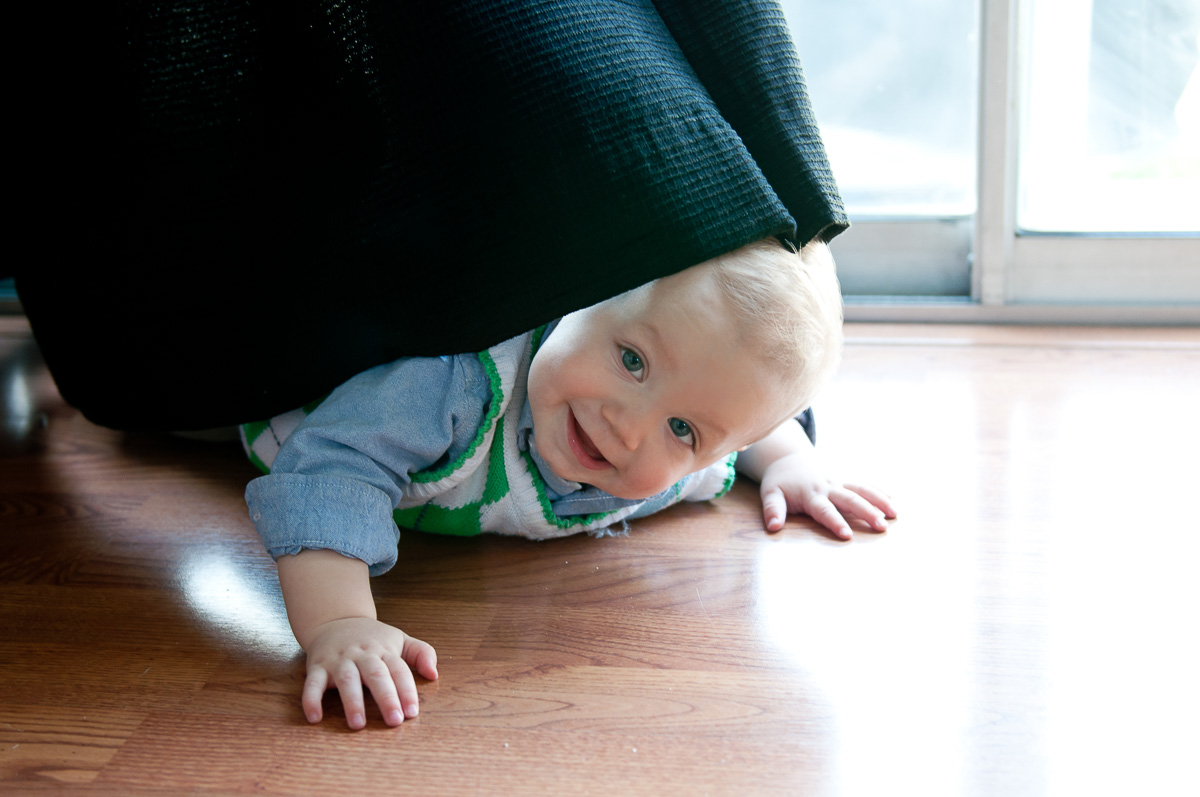 Later that evening, we had one more front yard egg hunt for the grandparents’ sake, in the matching shirts their grandma tucked in their baskets. The boys were pros at egg hunts by that point and didn’t mind dragging out the festivities one bit. 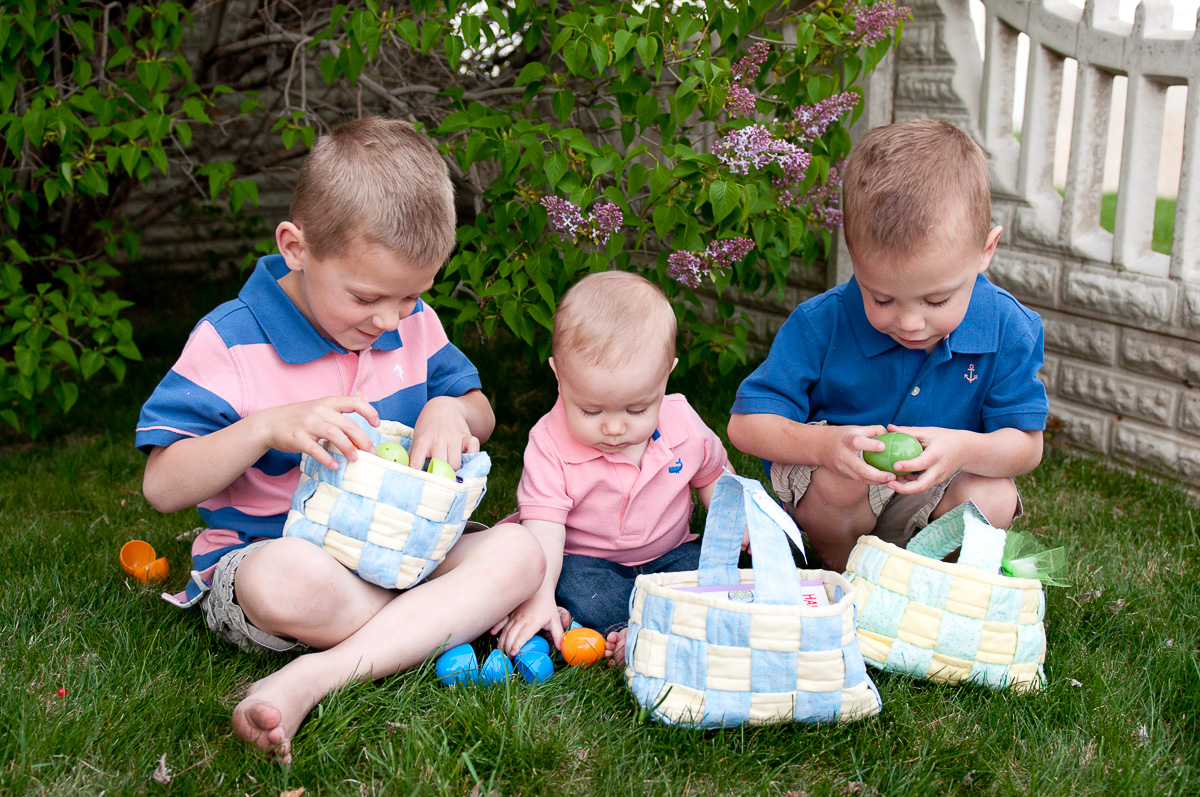 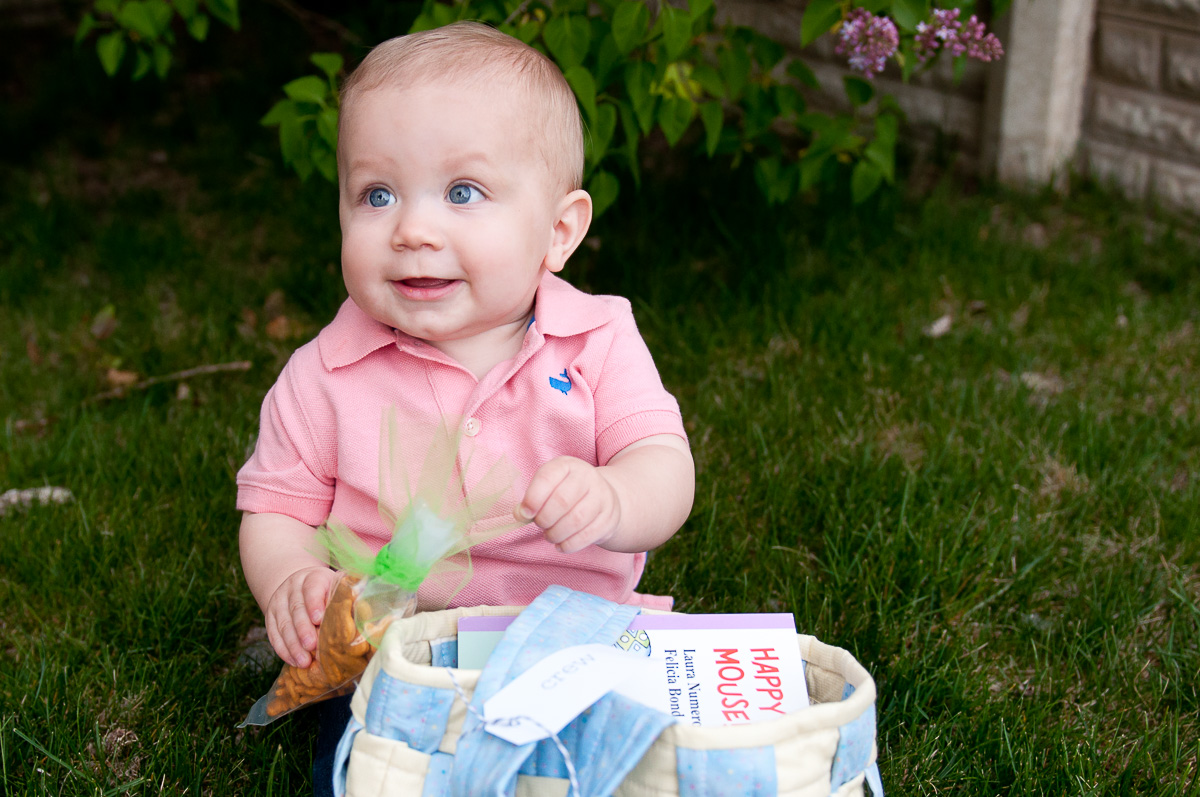 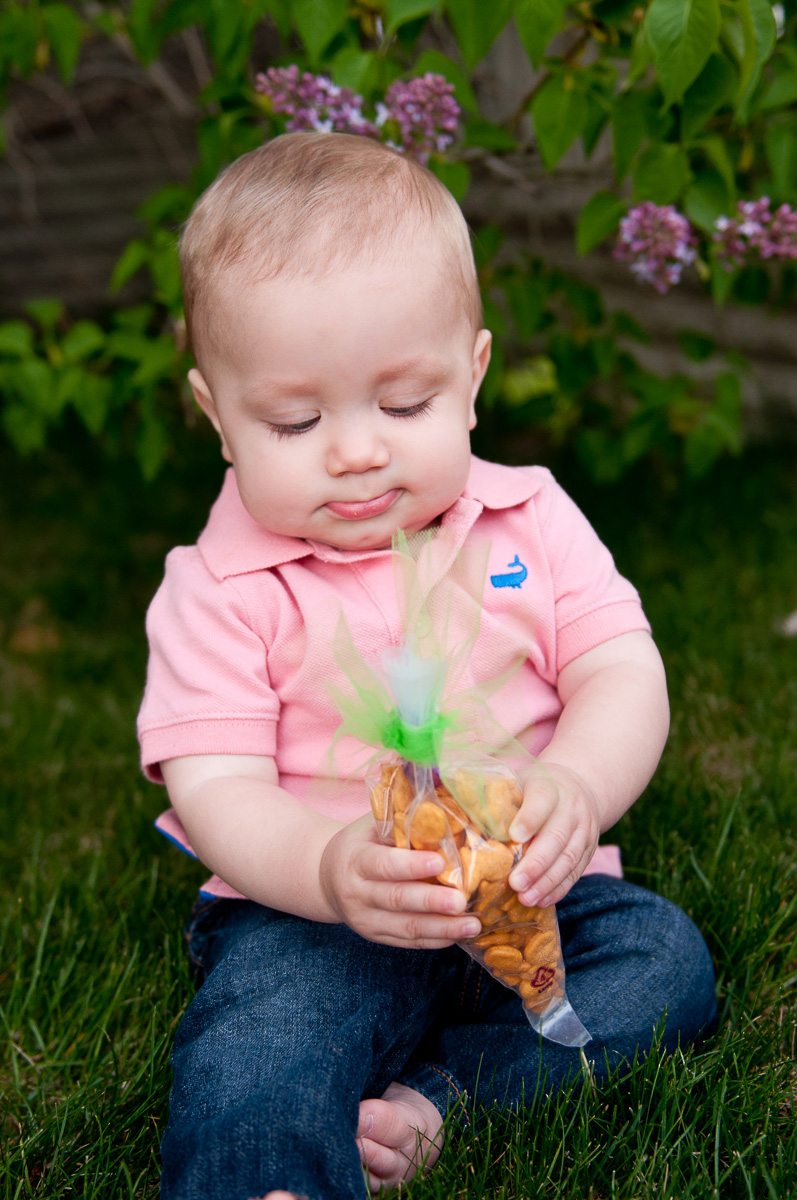 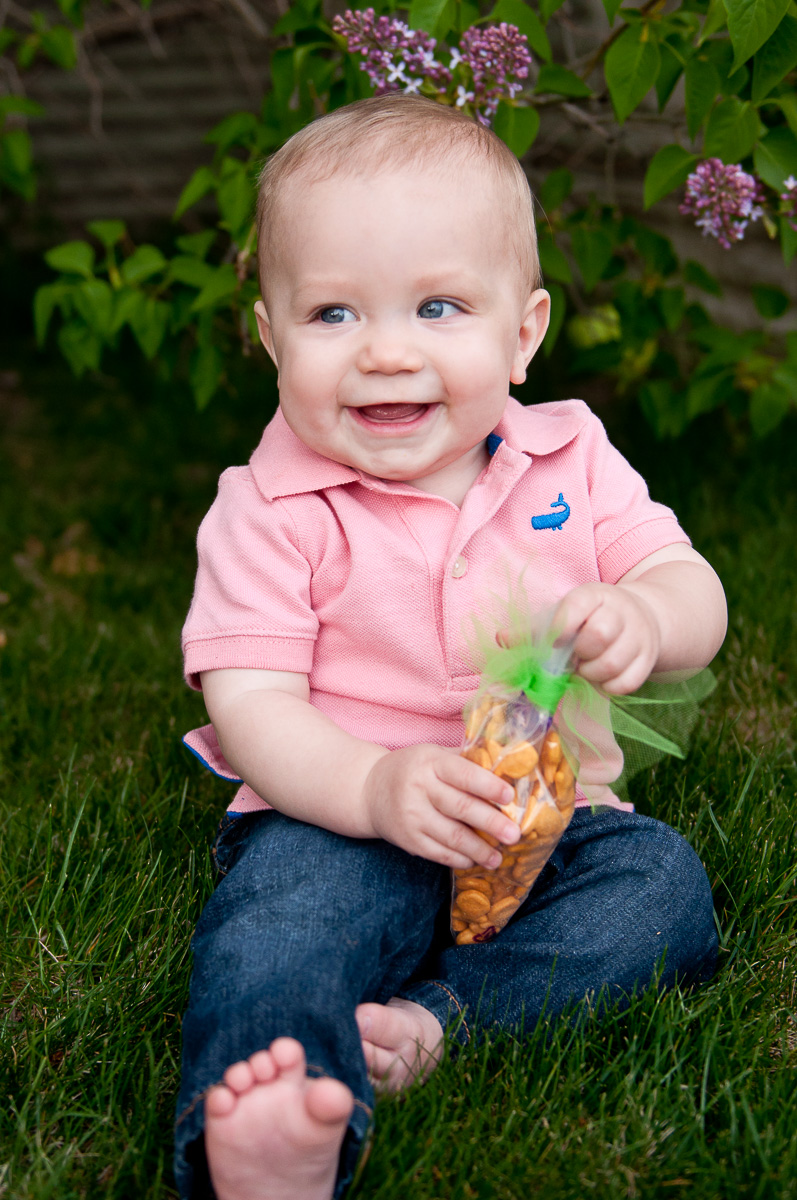 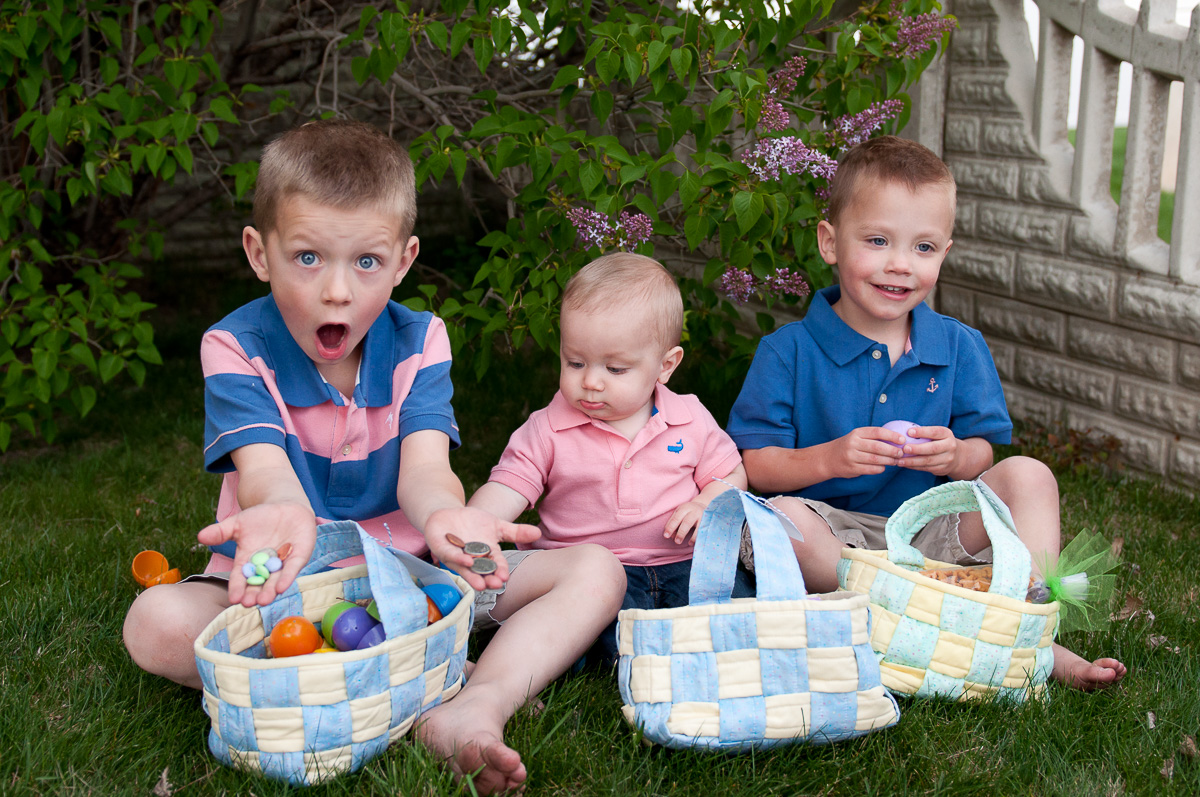 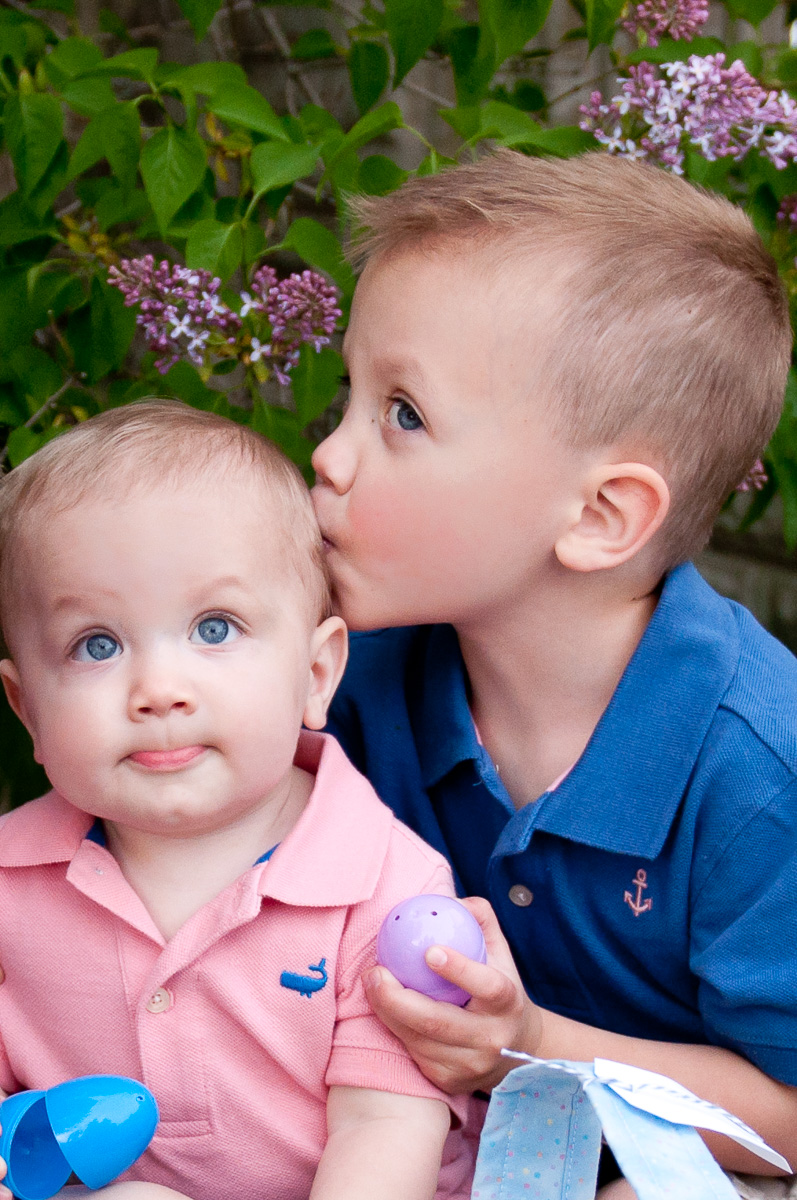 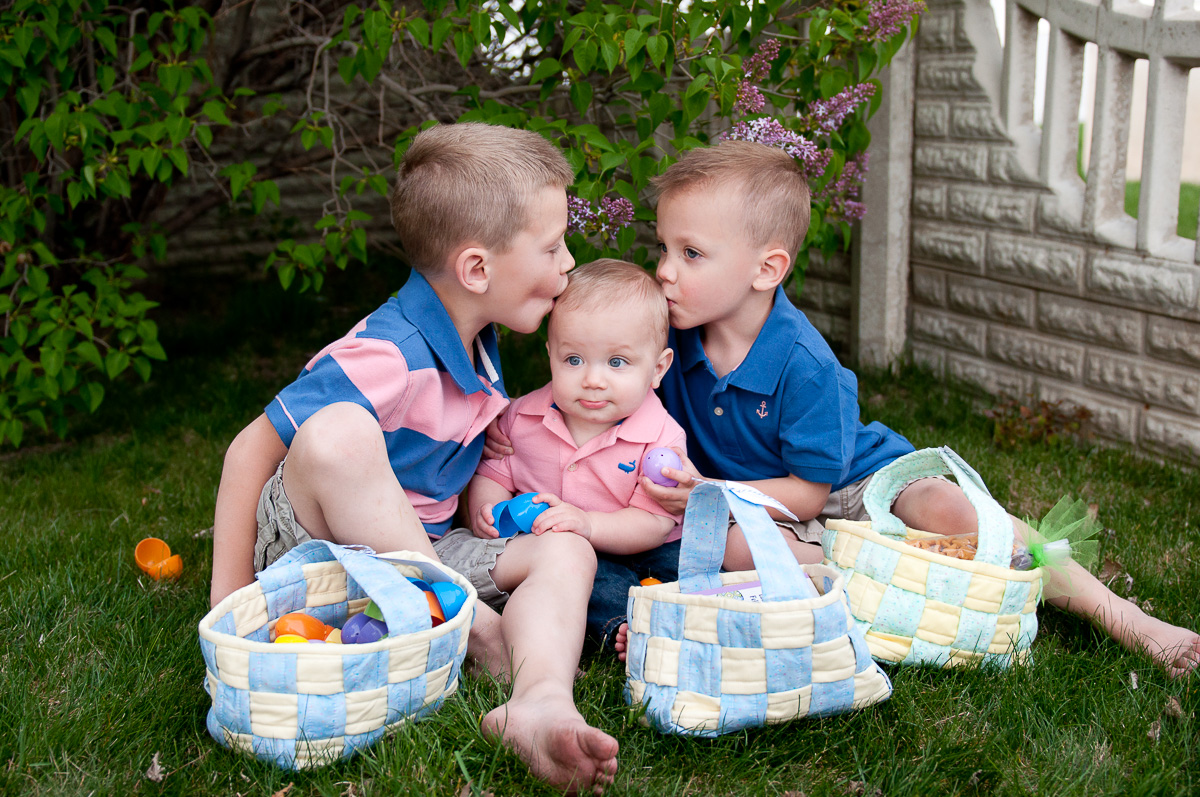 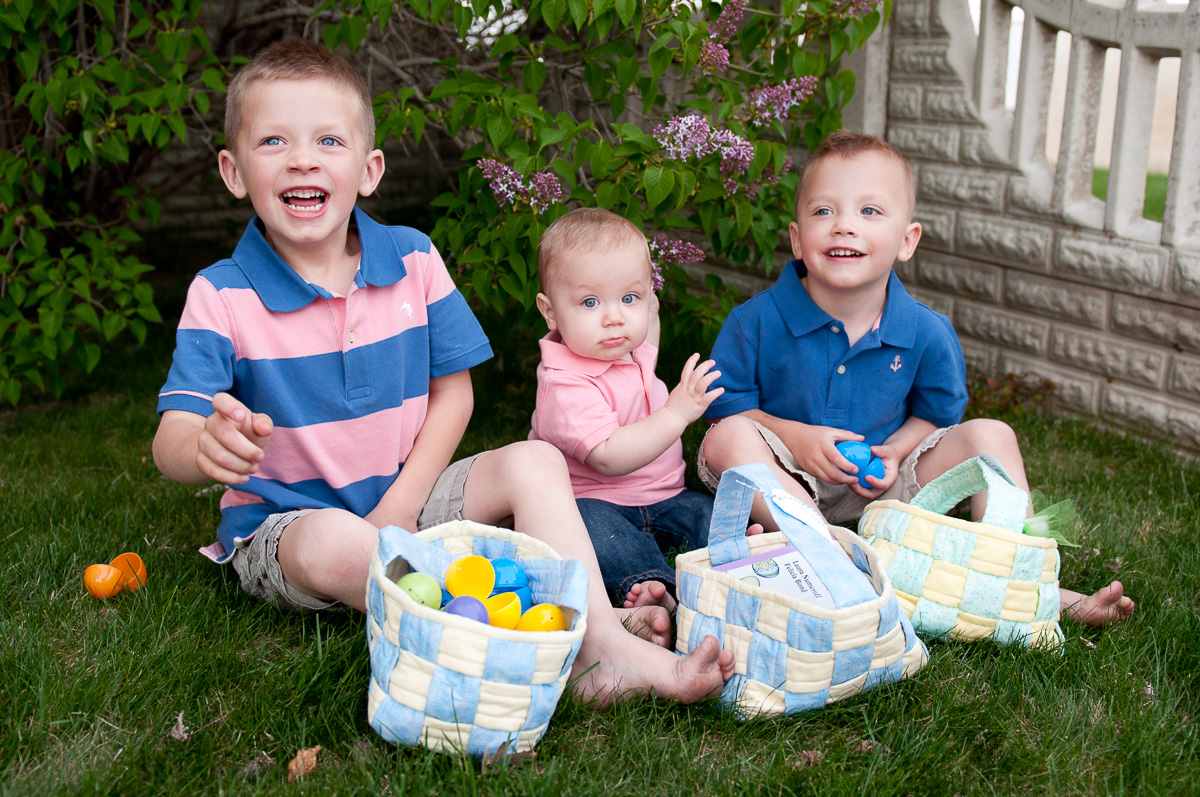 We wrapped up Easter 2014 on a high note. Our house felt a little empty on Monday morning when everyone headed home and the residual evidence was strewn across the house. Jelly bean trails. A counter full of dirty dishes. Crumpled up wrapping paper from Crew’s birthday celebration. Plastic egg halves with no match in sight.

Sometimes, in this exhausting stage of having young children, I am tempted to let some traditions pass. But in the end, the memories made are worth the effort. I know we would regret it if we missed out on their expressions as they followed their yarn trails and collected more plastic eggs than they could ever need. Plus, having a reason to gather with friends and family always makes the effort worthwhile.