We celebrated Easter all weekend long. We kicked off the festivities on Friday with our traditional egg hunt with friends from the neighborhood. A couple of the families moved away since last year, so the kids were delighted to be reunited again. They didn’t even seem to mind the sudden cold front that hit right as the hunt commenced. 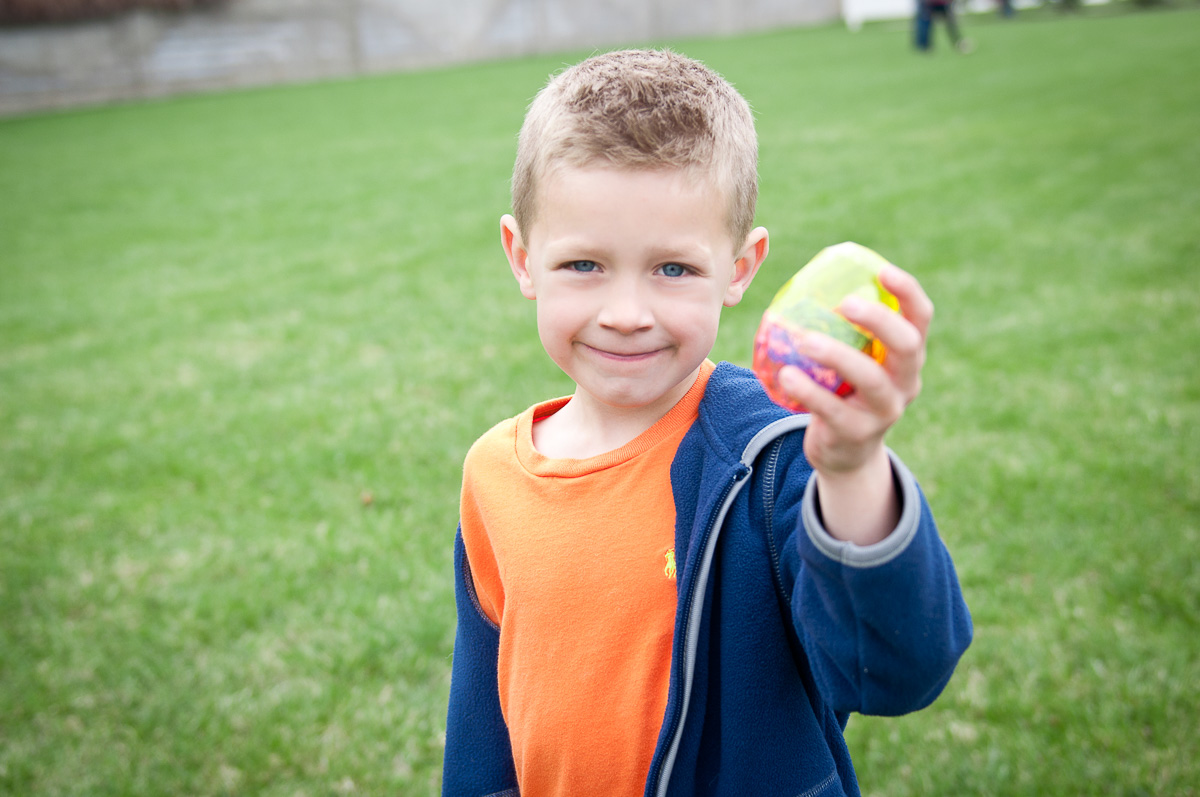 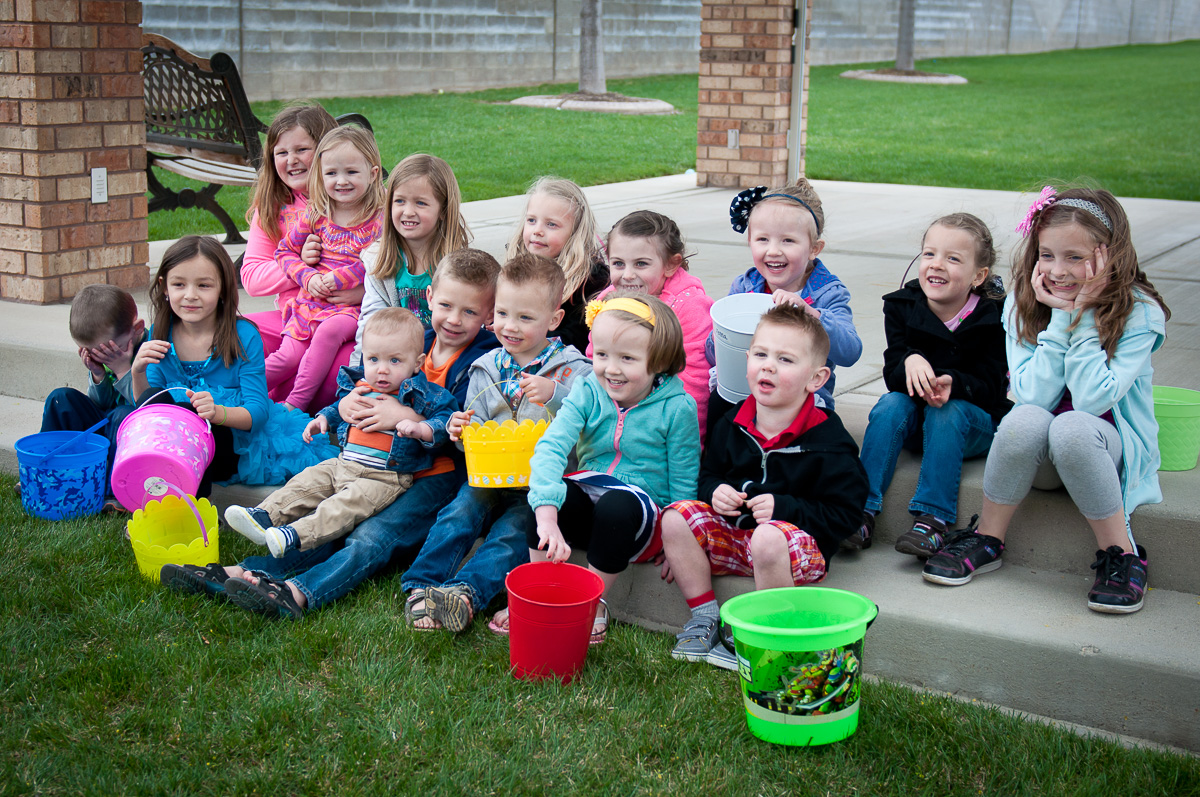 They showed off their bunny ears, not to be confused with the peace sign. 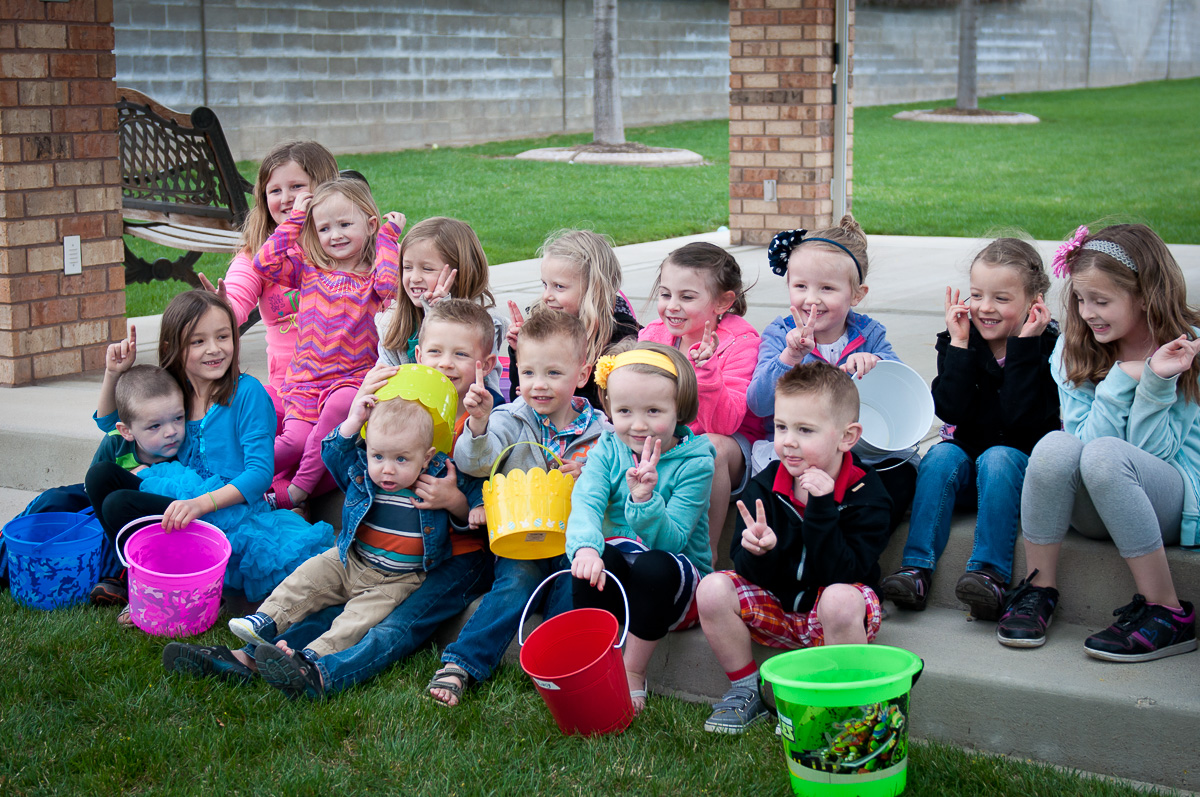 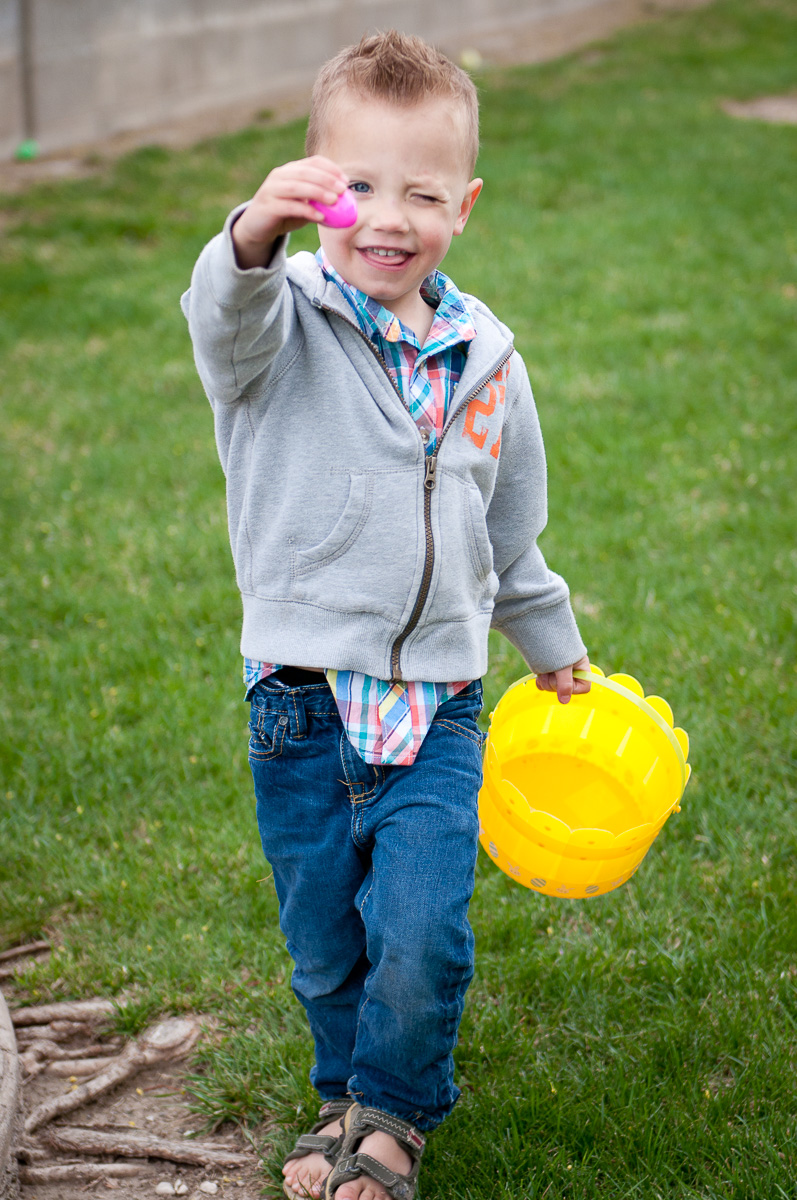 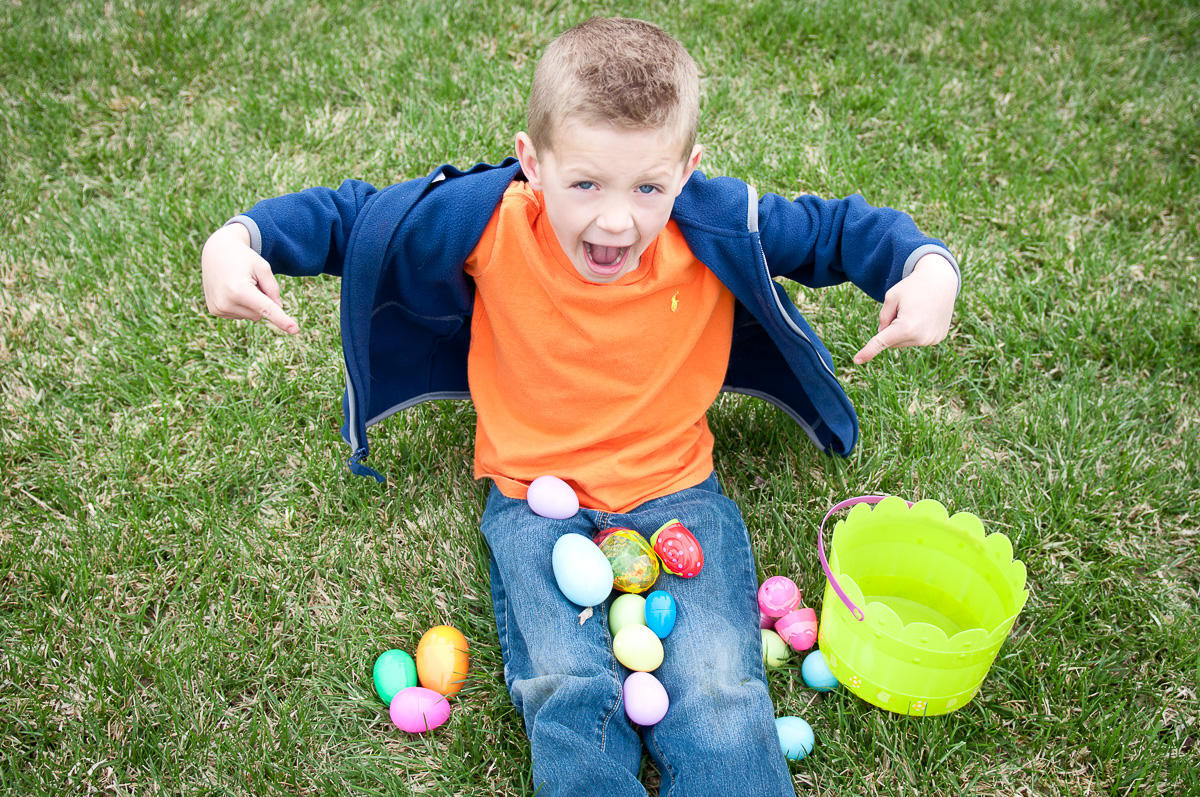 On Saturday, we met up with more friends for another egg hunt and barbecue. 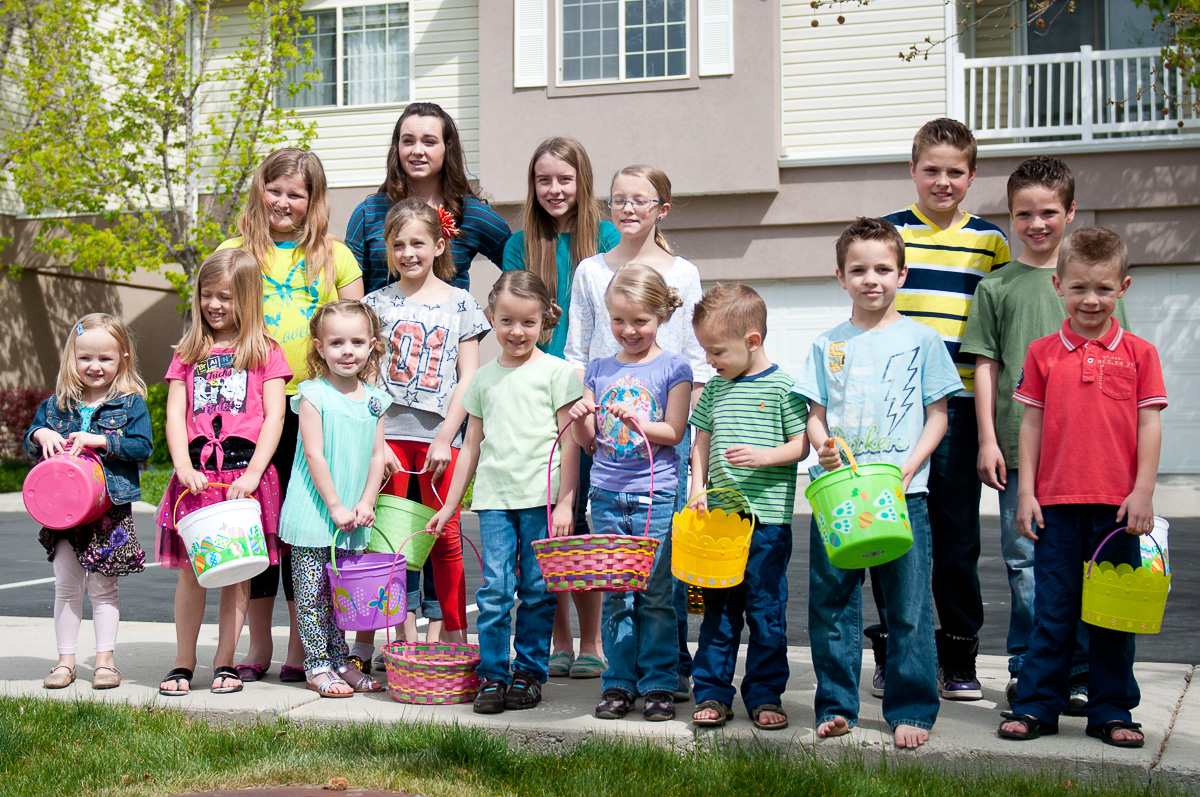 Blake was meticulous, as always, about the number of eggs he collected. 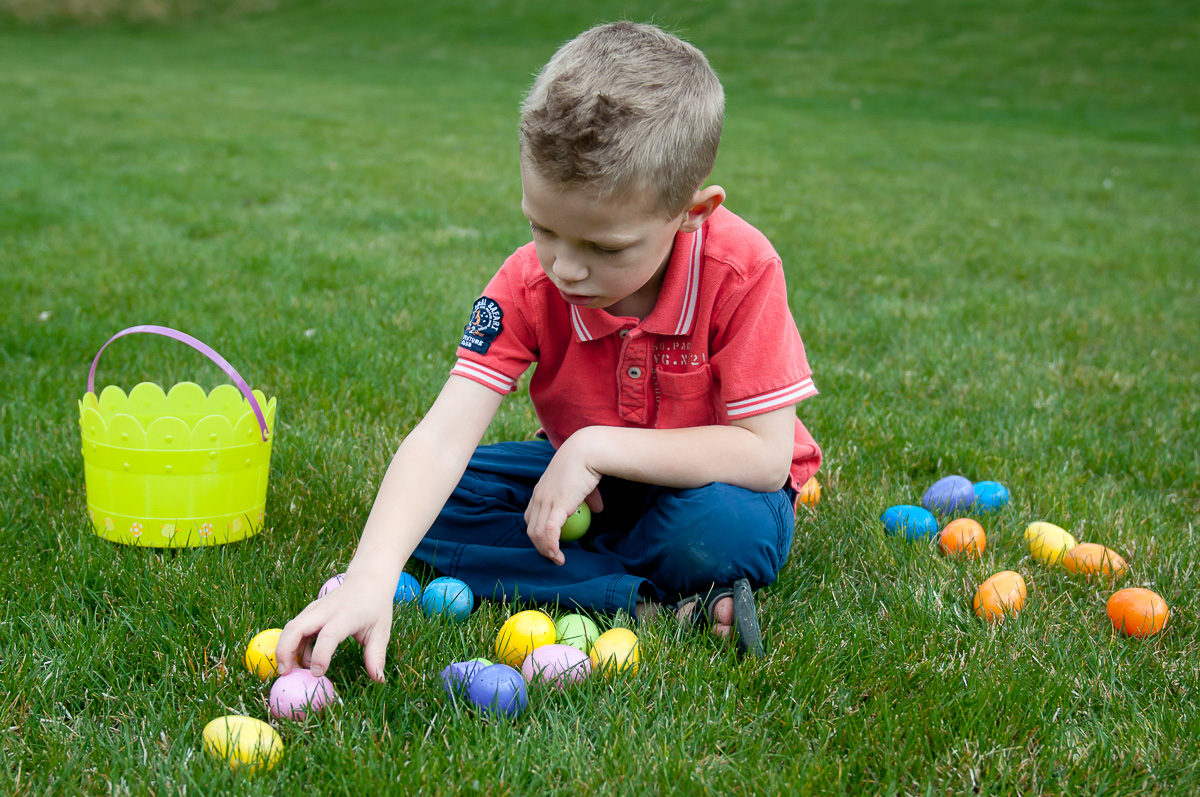 One of the families put names on the eggs. It was such a great idea because it made the hunt last much longer, and the kids loved finding the special eggs with their names on them. 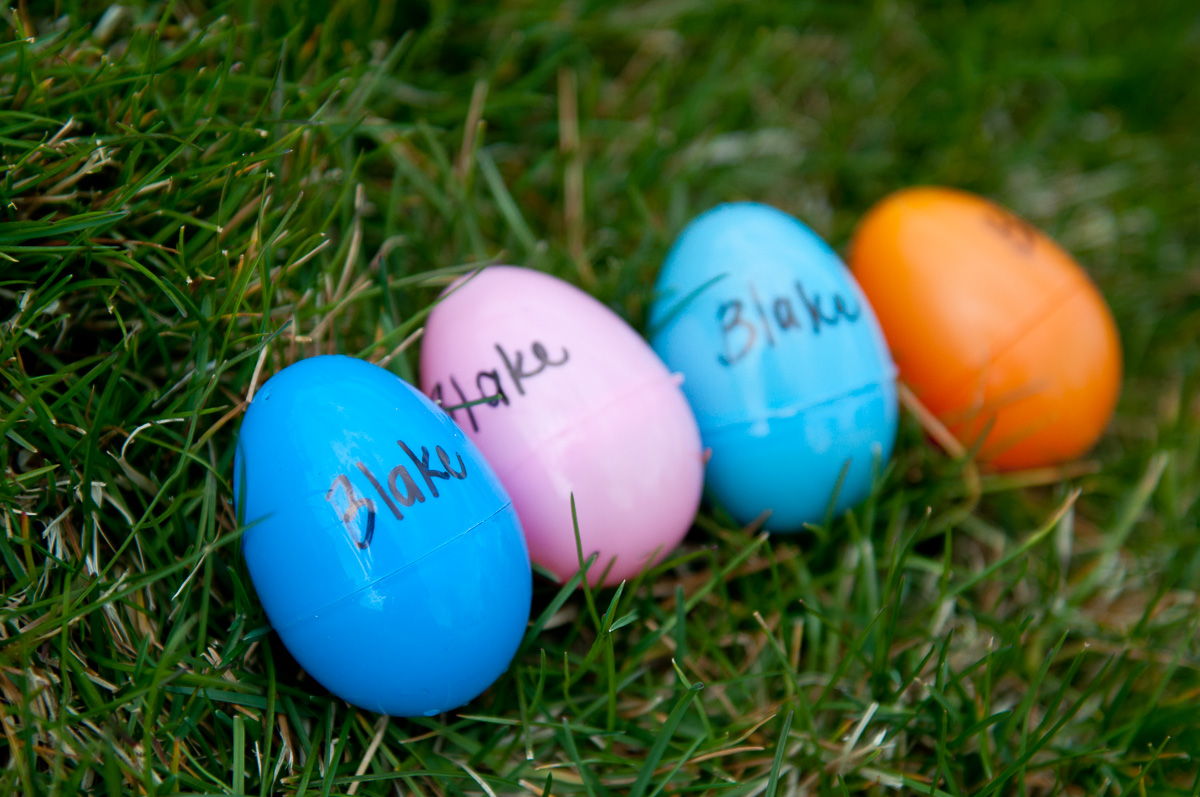 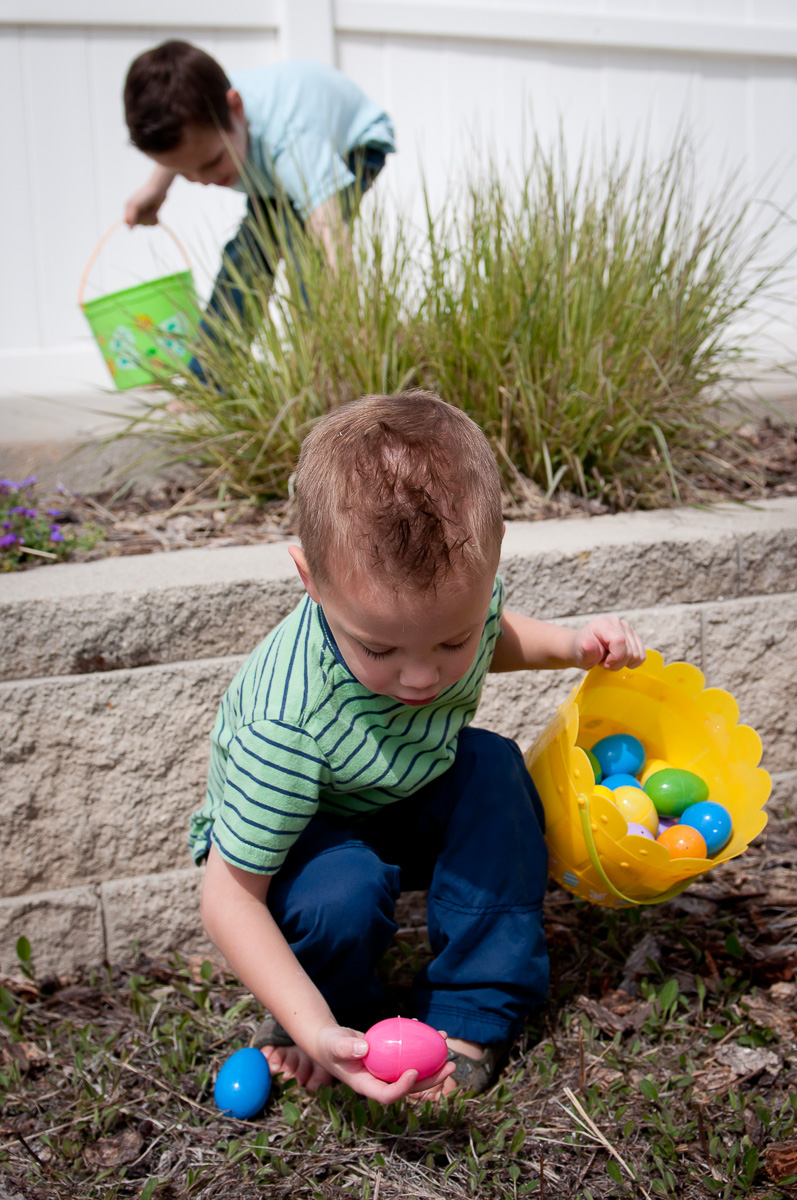 Of course, checking out the loot was the best part. 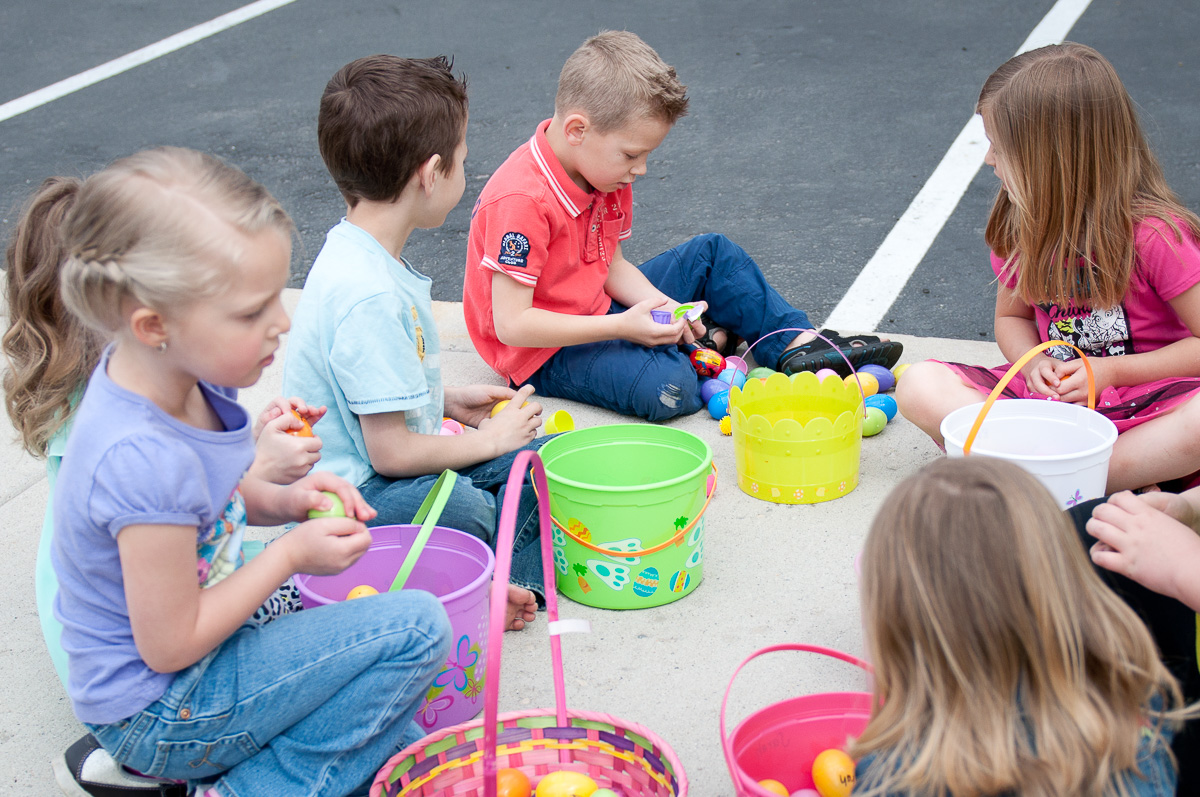 After every egg that Nash opened, he ran across the field and plopped in between the older boys to show off the contents. 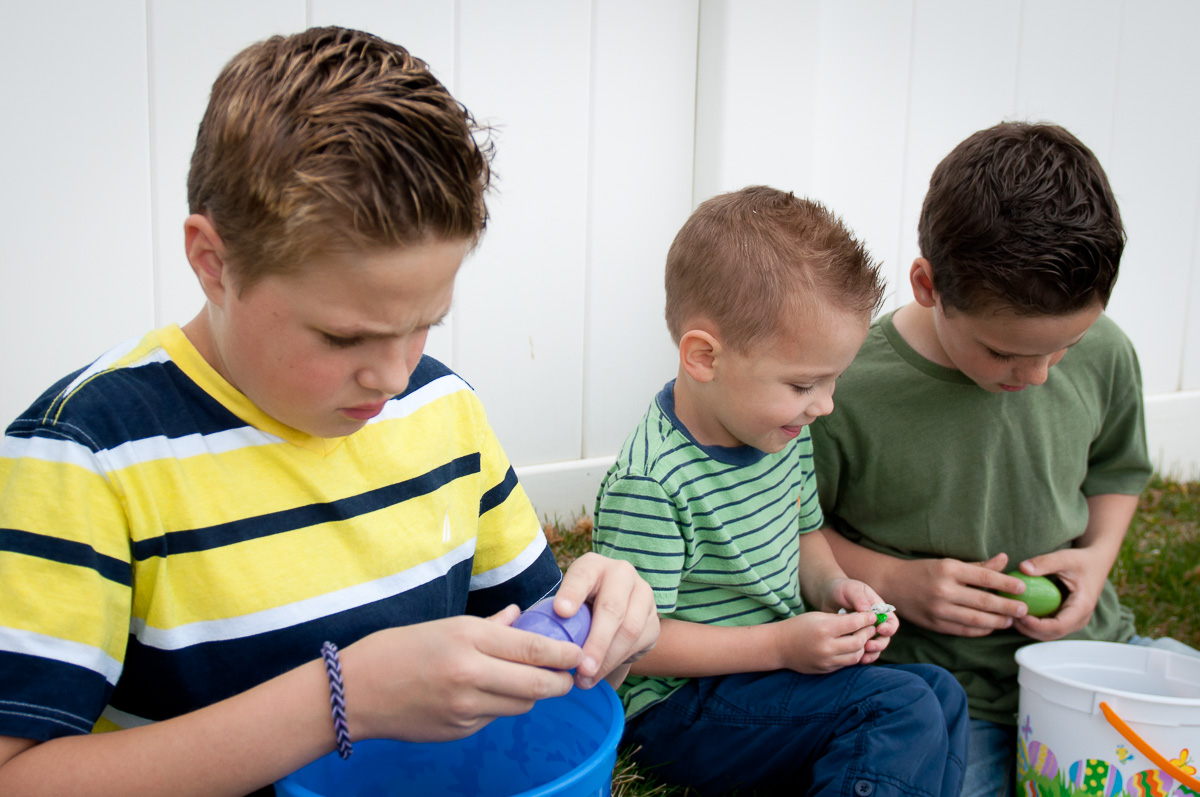 He probably went back and forth at least 15 times. It took him quadruple the amount of time to open all of his eggs, but he was on cloud nine when those big boys showed so much interest in his collection of tootsie rolls. 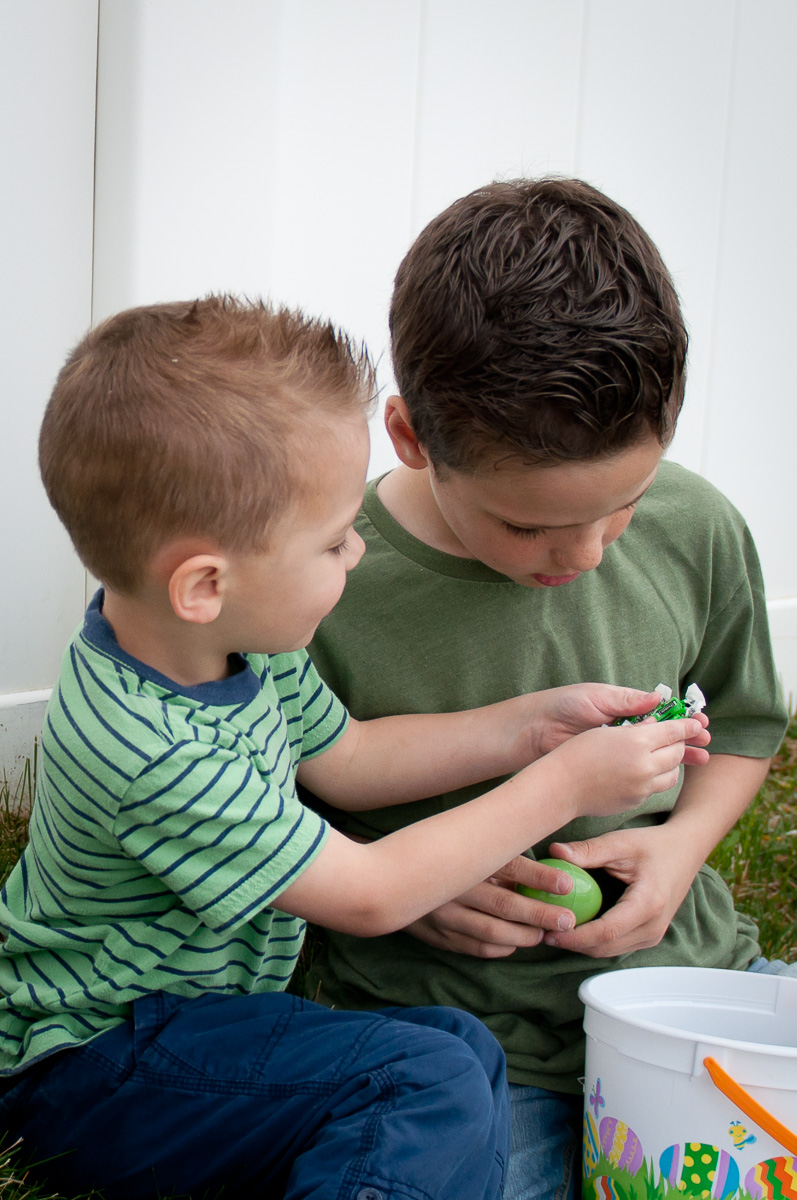 With two egg hunts out of the way, we crammed in a funeral, a wedding reception, a movie, and birthday party prep before Easter morning, when we could slow down and focus on the true meaning of the celebrations.