When it was announced that Blake’s Kindergarten class was putting on a talent show on their last day of school, he had a hard time narrowing down which talent to perform. He was a little too nervous to demonstrate the cup game in front of his whole class, and he wasn’t sure if he wanted to display one of his masterpiece mazes for a classmate to solve. He settled on building and operating a circuit set.

But he also came up with the idea to have our own family talent show so the rest of his skills could be featured. He talked about it for weeks and consistently asked each family member which talent he or she was going to perform.Blake made a list of each participator in the first annual Tanner Family Talent Show. Next to each name, he wrote a yes or a no depending on whether or not that person had a talent to perform. Everyone had a ‘yes’ by their name except dad and Crew, who had ‘no’s’. I laughed pretty hard when I saw his list. He explained himself by saying, “Well, you know, dad has crutches…”

I ensured him that his dad still had talents even though he was on crutches. It actually became the running joke in our family. We pointed out each and every one of Troy’s talents in front of the boys for a few weeks. We didn’t want them to think their dad was completely useless. And after some consideration, Blake came to the conclusion that Crew could be included too.

We settled on a date and scheduled the Tanner Family Talent Show for family night.

Blake demonstrated the cup game to perfection as well a clever magic trick. 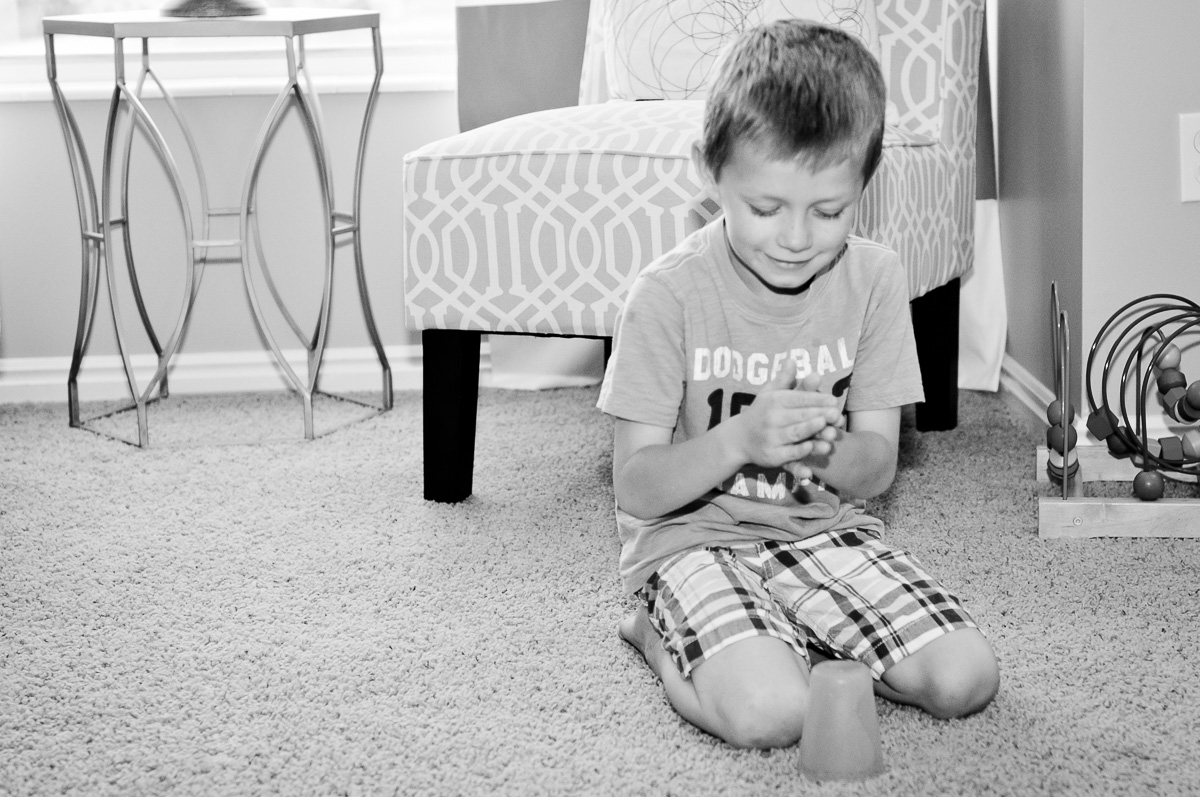 Nash entertained us with his dancing and singing skills. 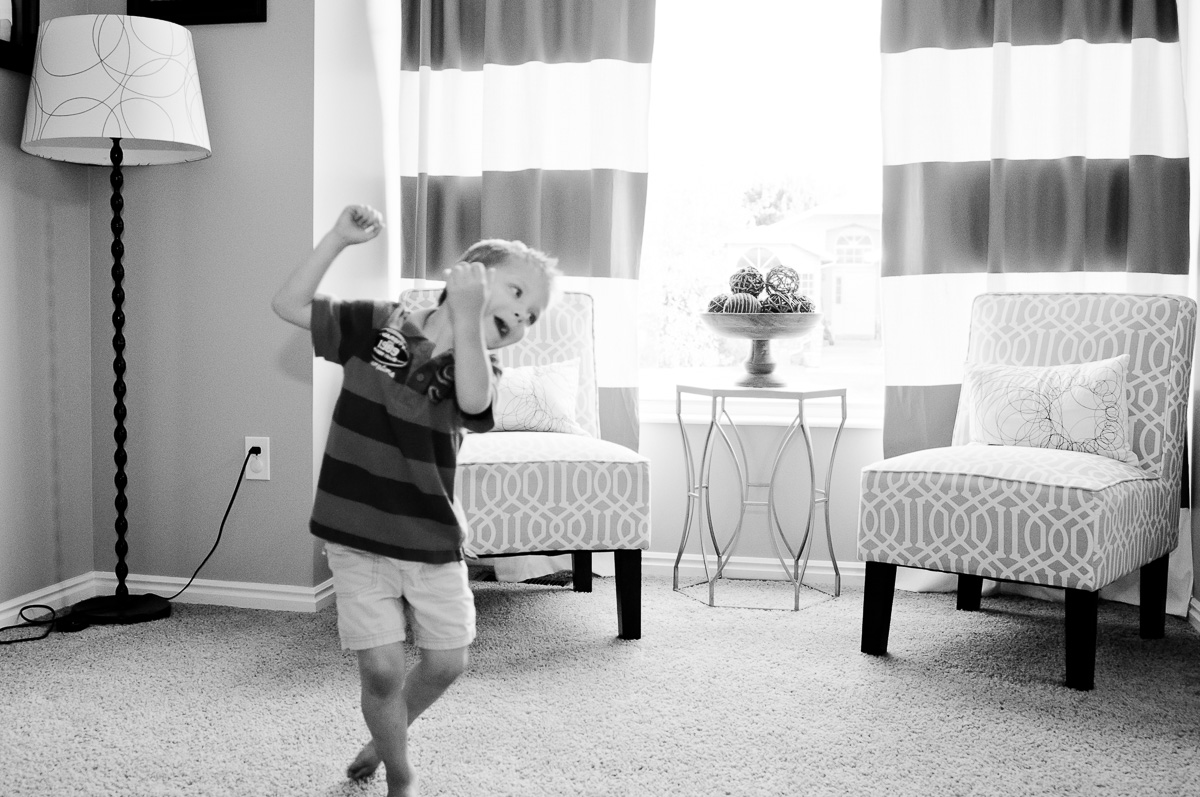 Troy impressed the boys with his book spinning. 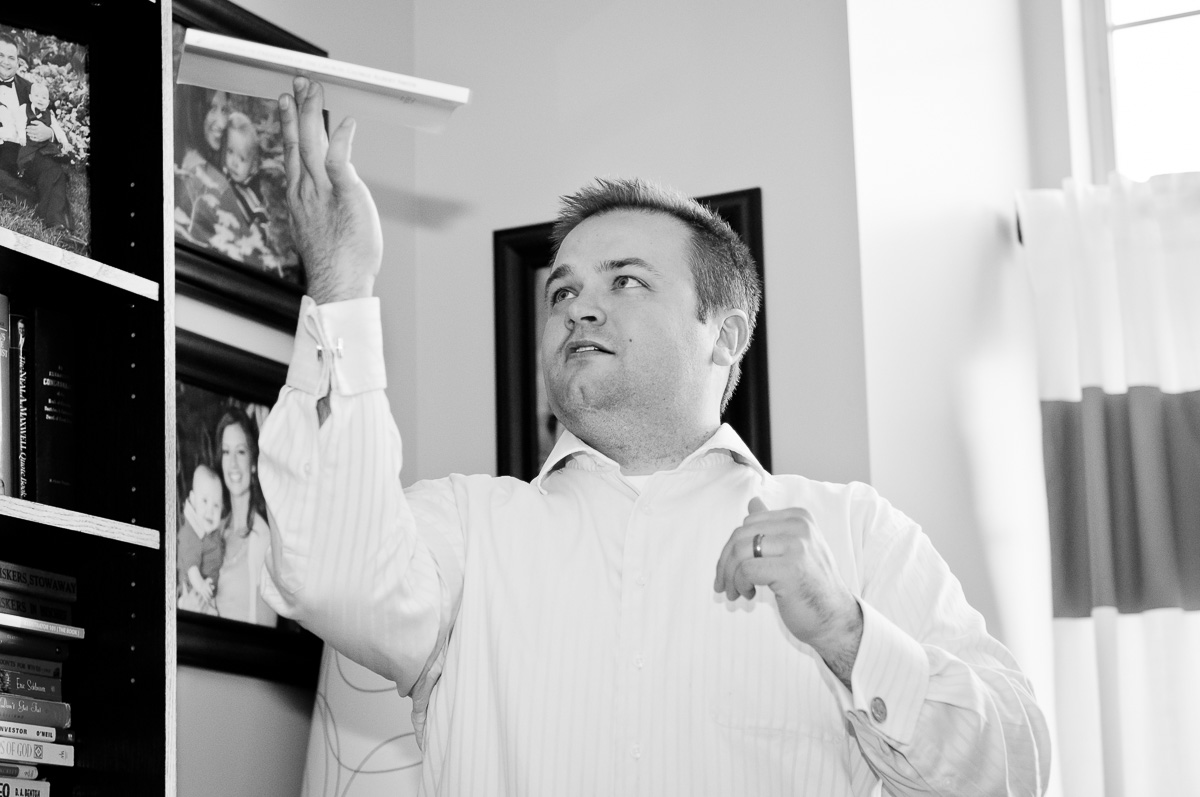 I brushed the dust off my violin and Crew showed off his head shaking and clapping skills.

It may have only lasted a half hour, and the talents may not have been that significant, but the boys were beaming the entire time.

I also figured it was a good opportunity to give out end of school awards to recognize the boys’ accomplishments over the last year. Some of my friends have held similar events in the past and I am always game for starting traditions that praise and uplift our children. 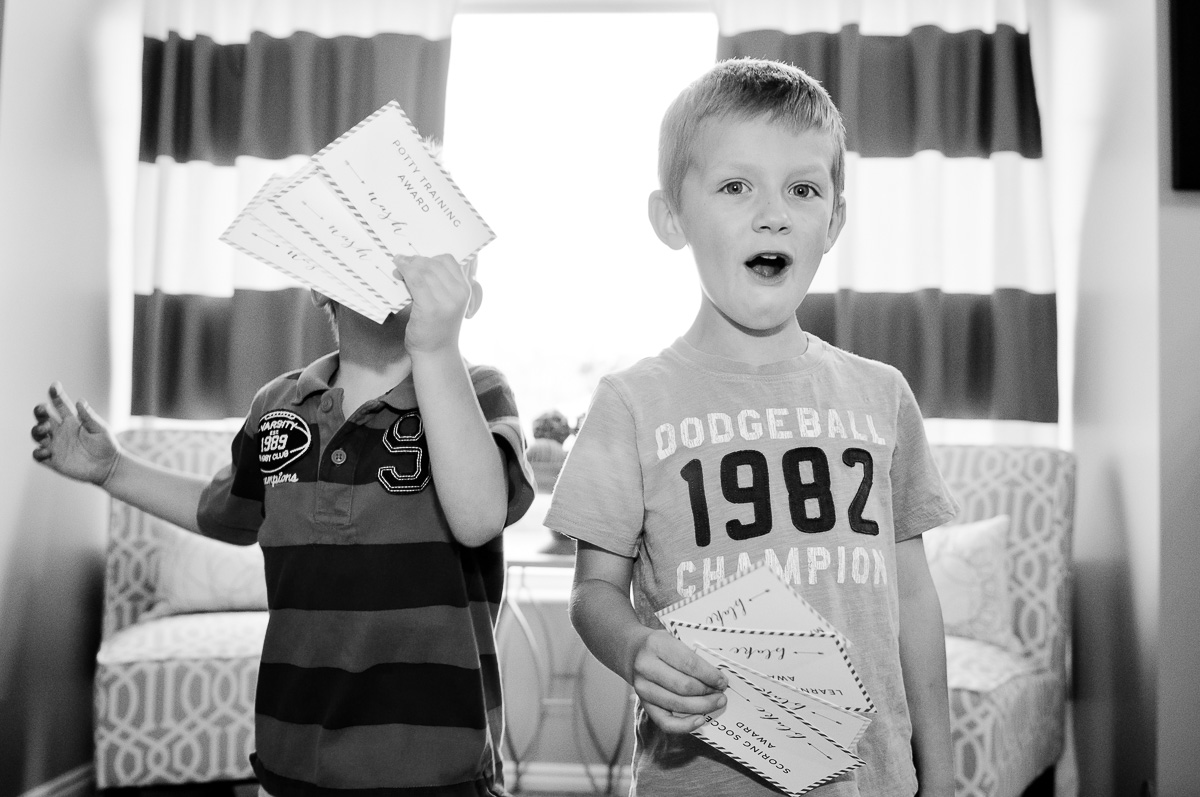 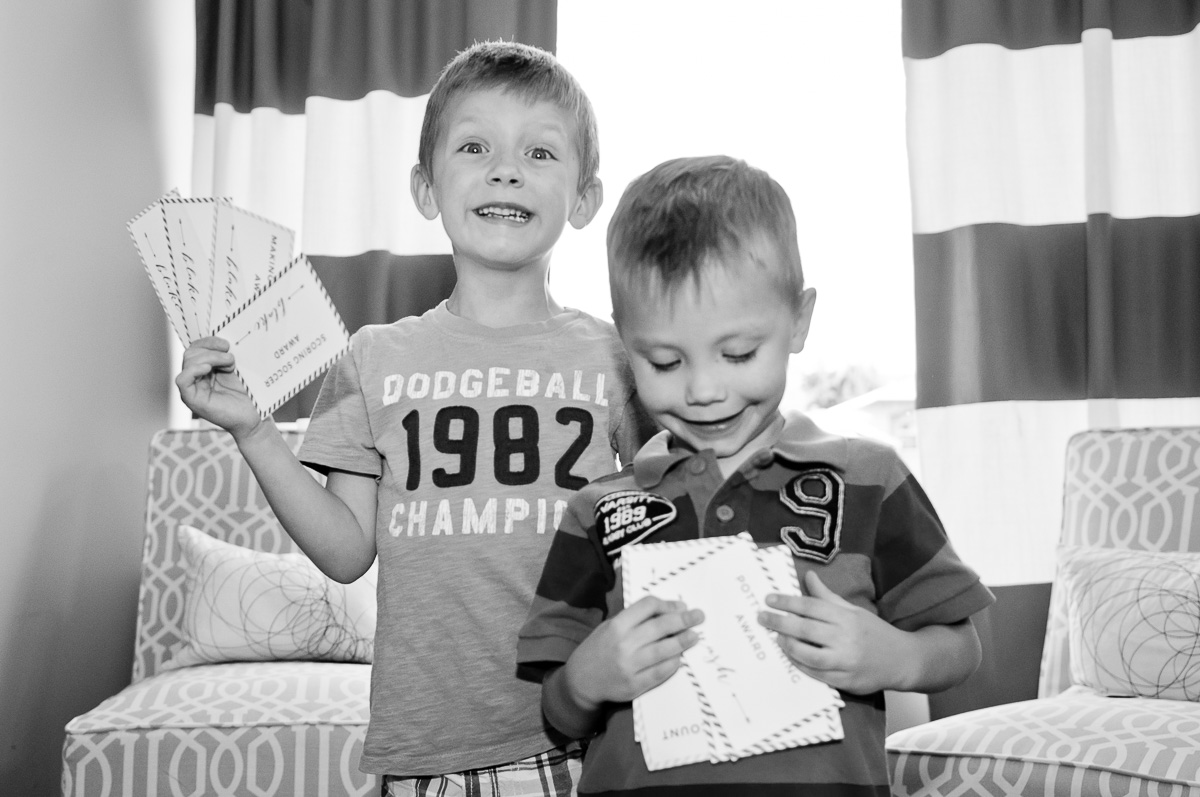 And Crew was the recipient of the Climbing up the Slide Award, Waving Hands Award, Going Down the Stairs Award and Making us all Smile Award. 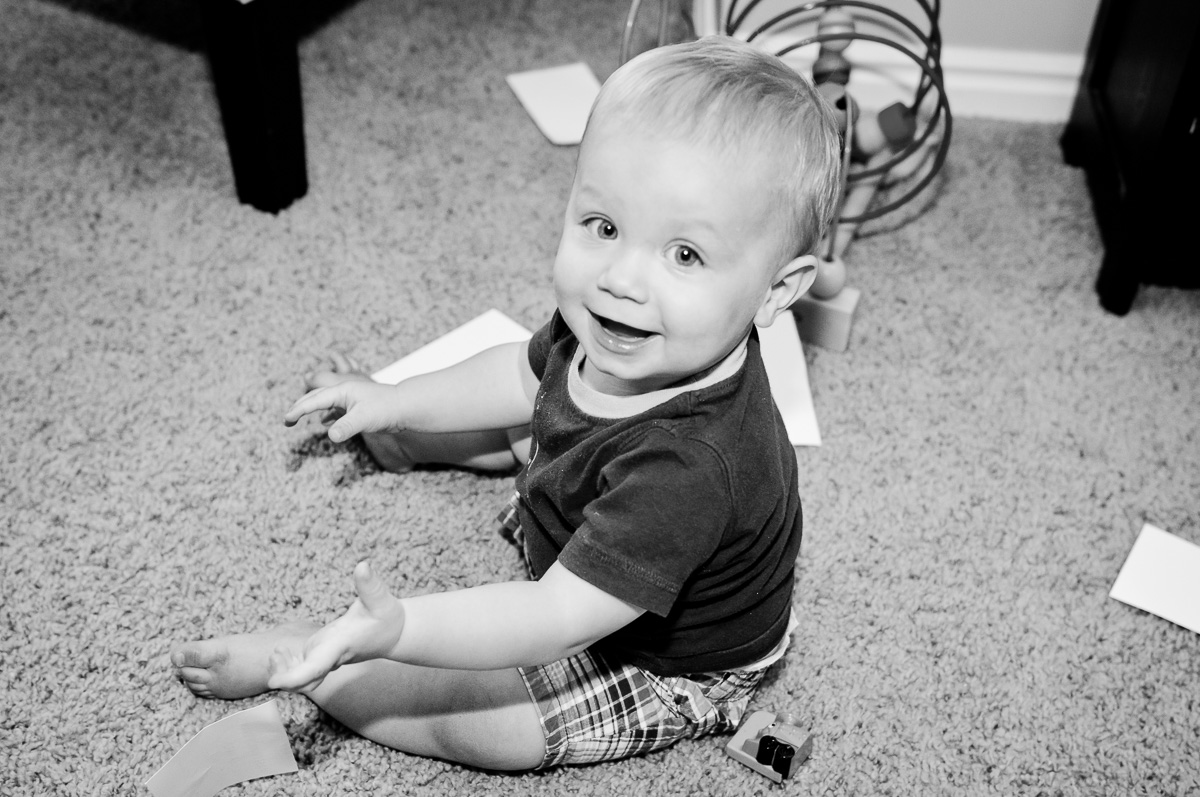 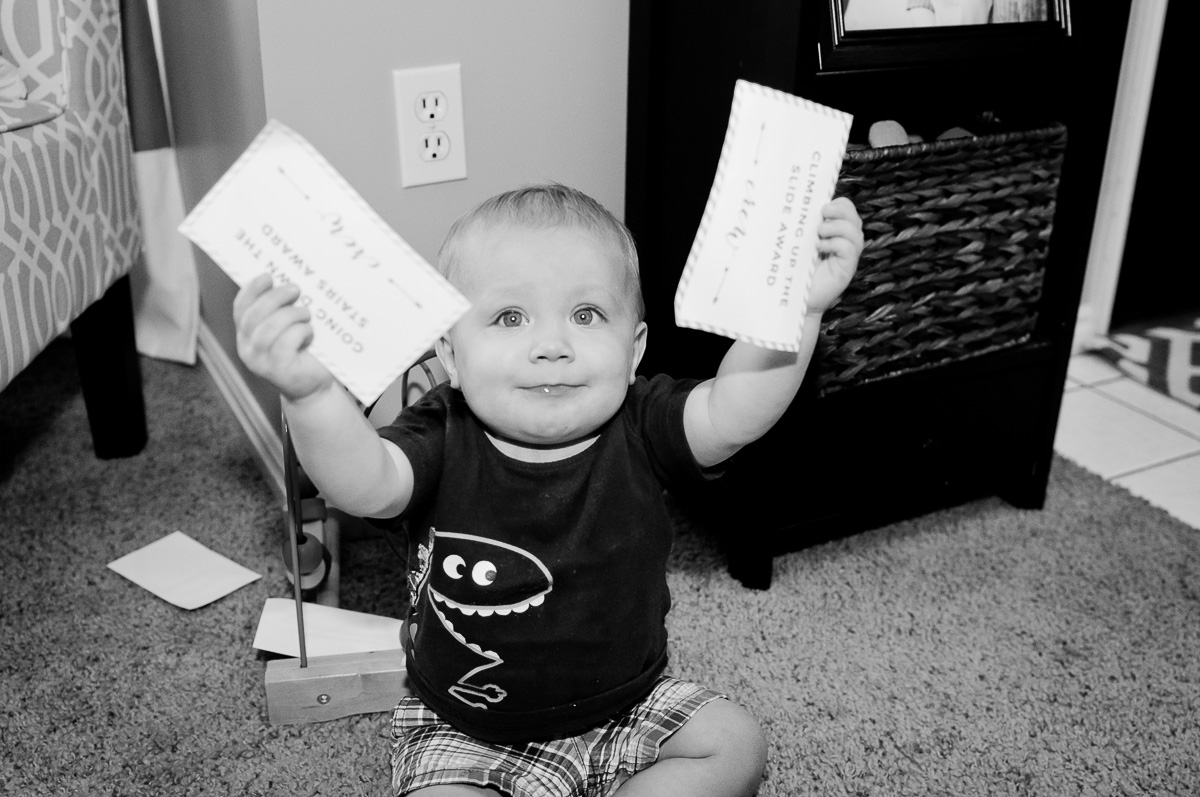 The awards ceremony was a hit. The boys were on their toes each time I proclaimed, “This next award goes to someone who…” They squealed with delight as the certificates piled up in their hands. Their eyes sparkled each time they realized that I was recognizing one of their accomplishments. They both mentioned the “awards show” in their prayers that night.

In a world of so much pushing and so little praising, I always want to make it a priority to recognize our boys’ talents and accomplishments. We will definitely be repeating this tradition.