Back in May, I took the boys to a LEGO expo. Not only were there hundreds of LEGO displays to look at, but there was a brick pit containing 100,000 LEGO bricks for the kids to play in.

Blake and Nash settled right in to build some masterpieces. 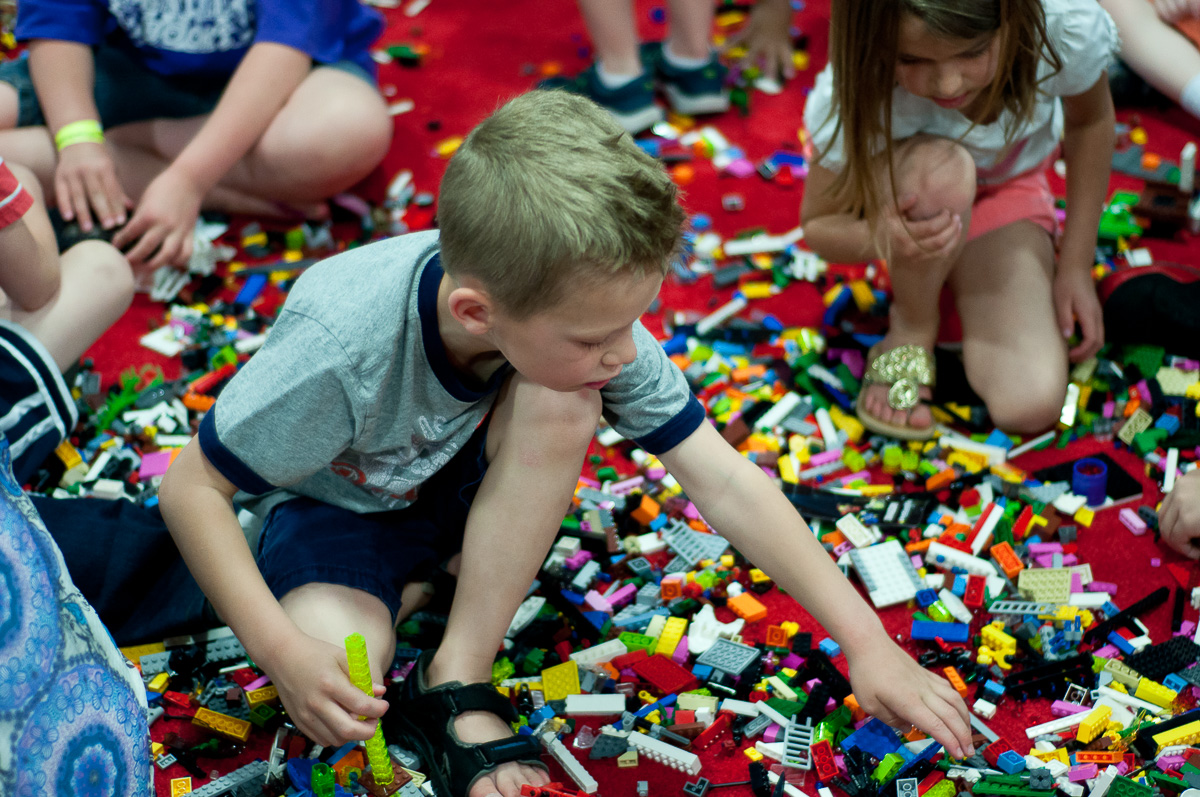 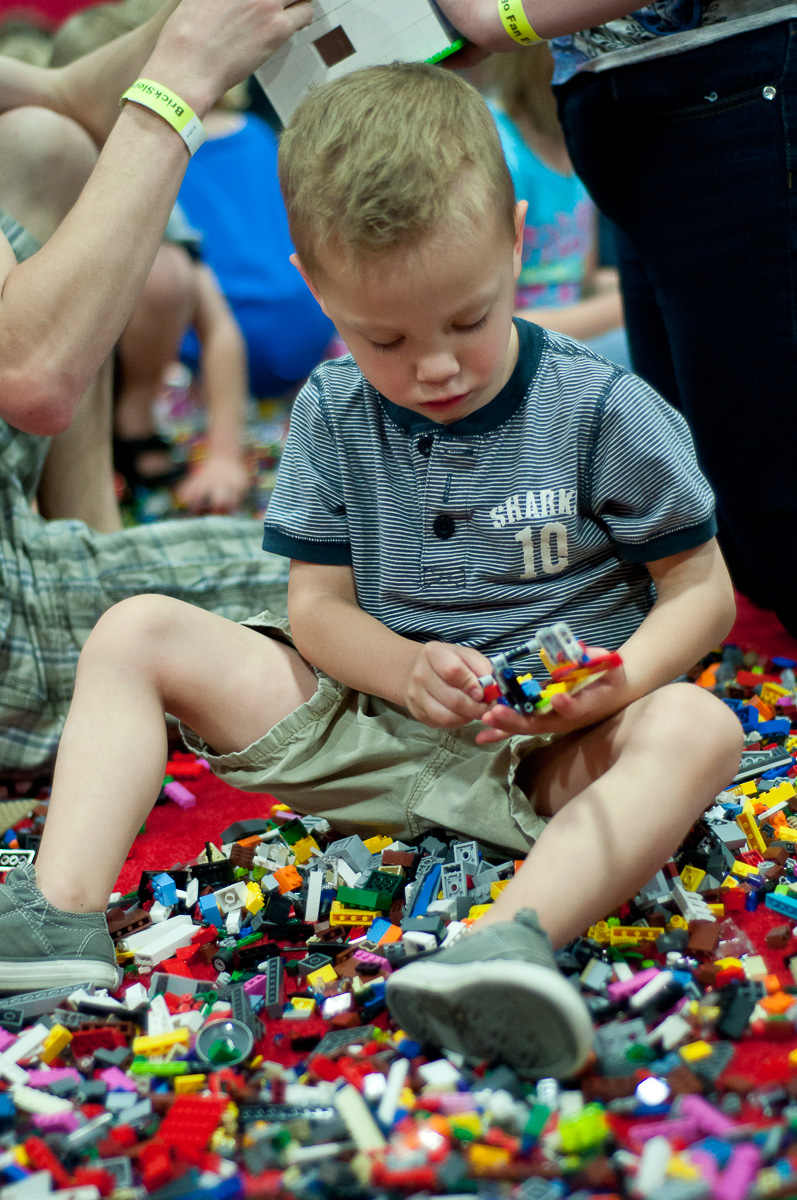 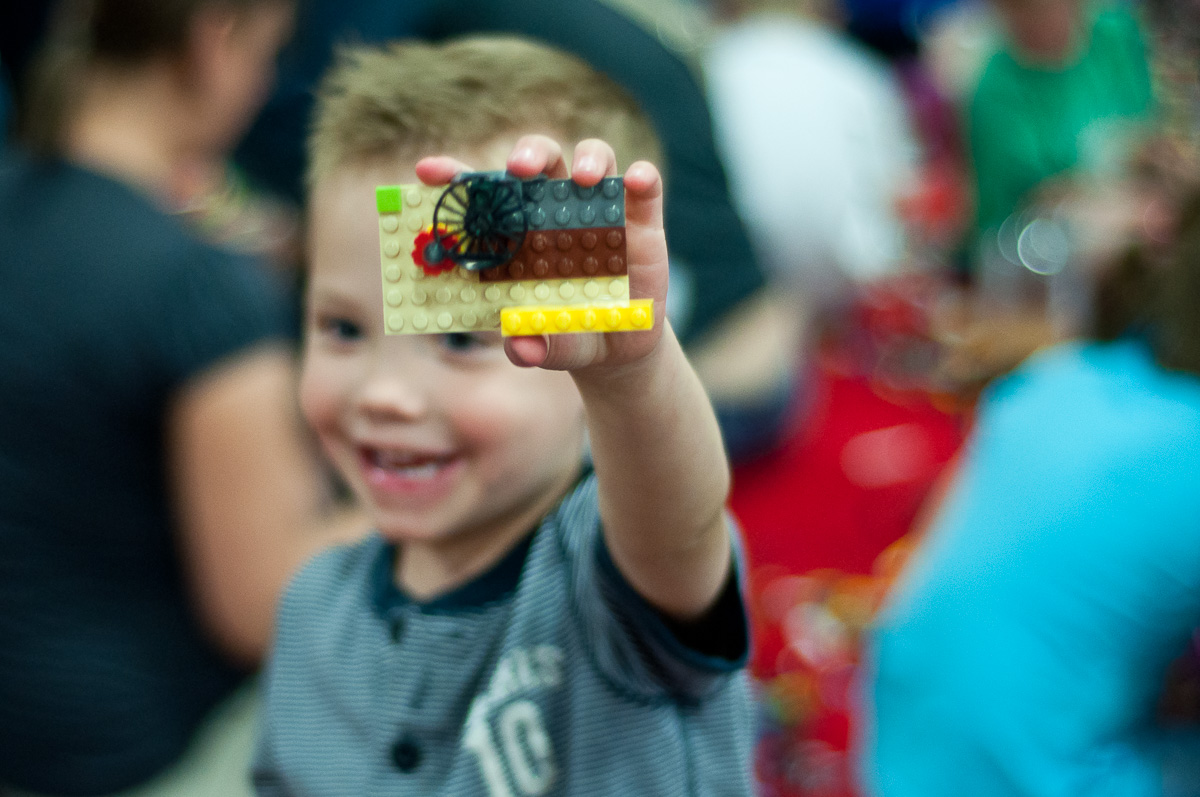 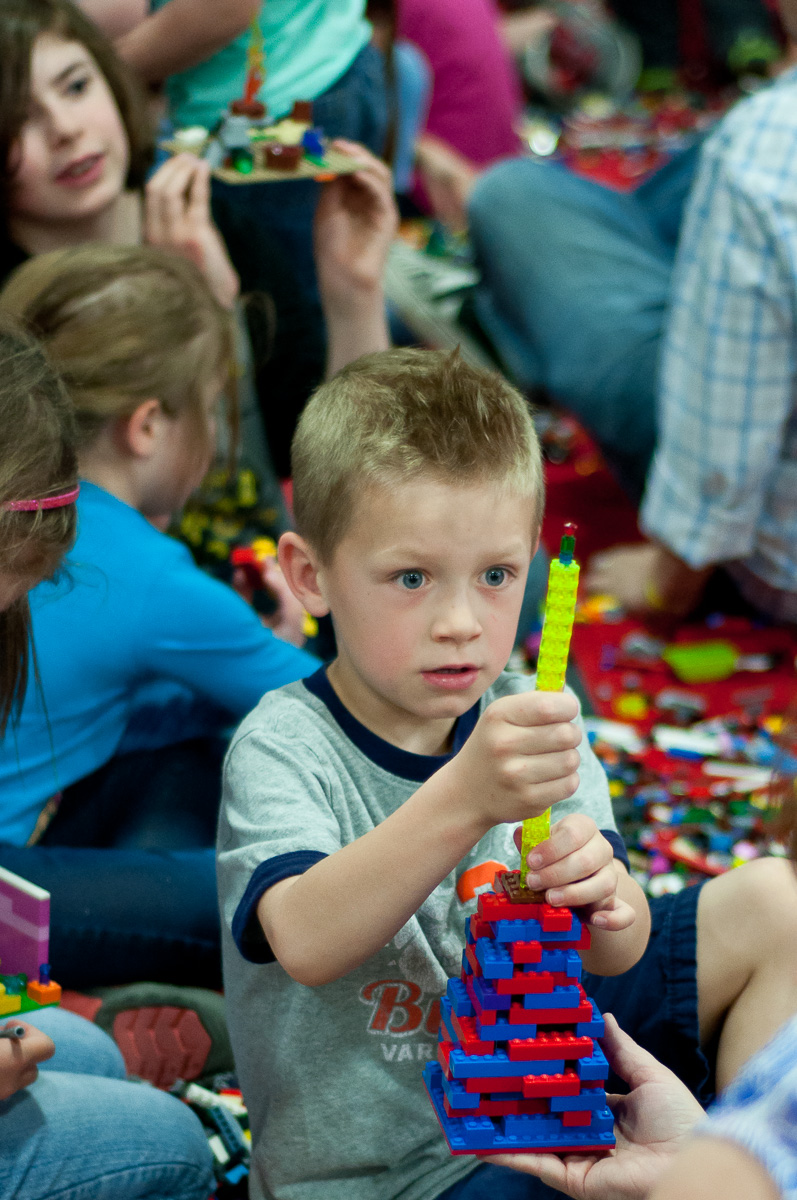 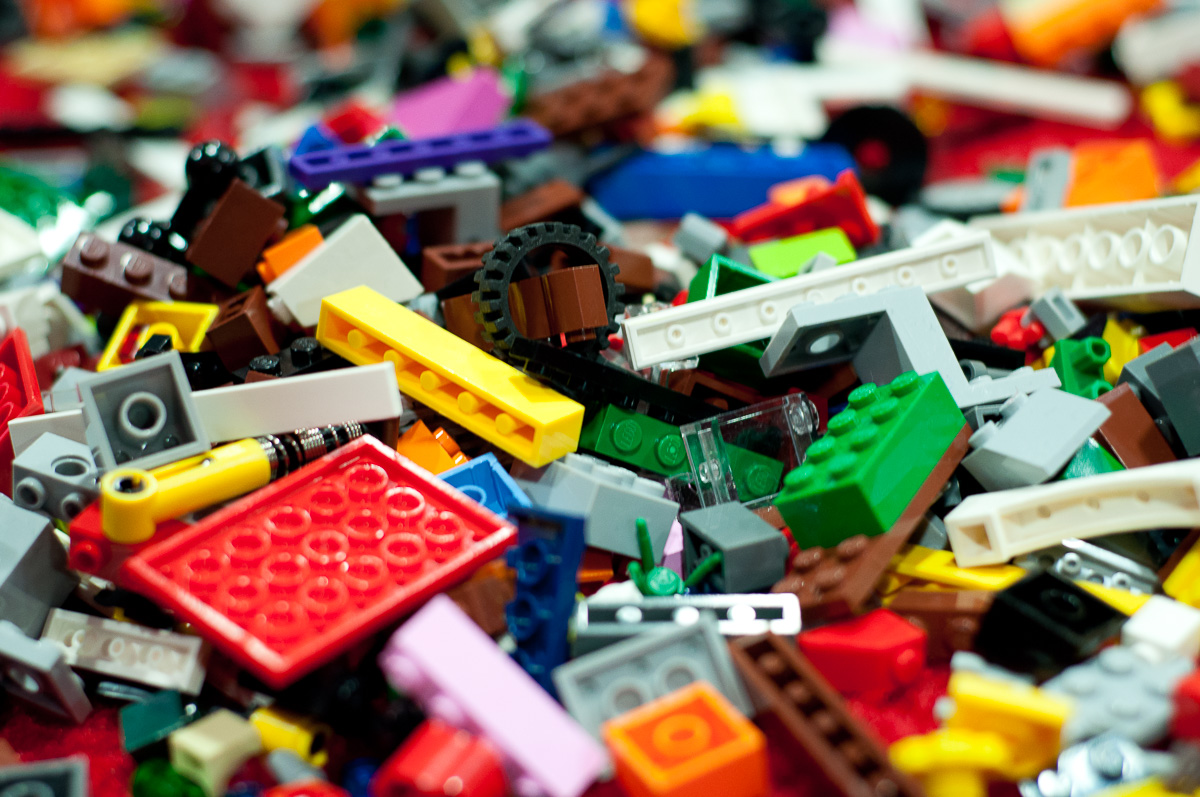 My eyes glazed across the sea of LEGO bricks and I couldn’t believe who I spotted. 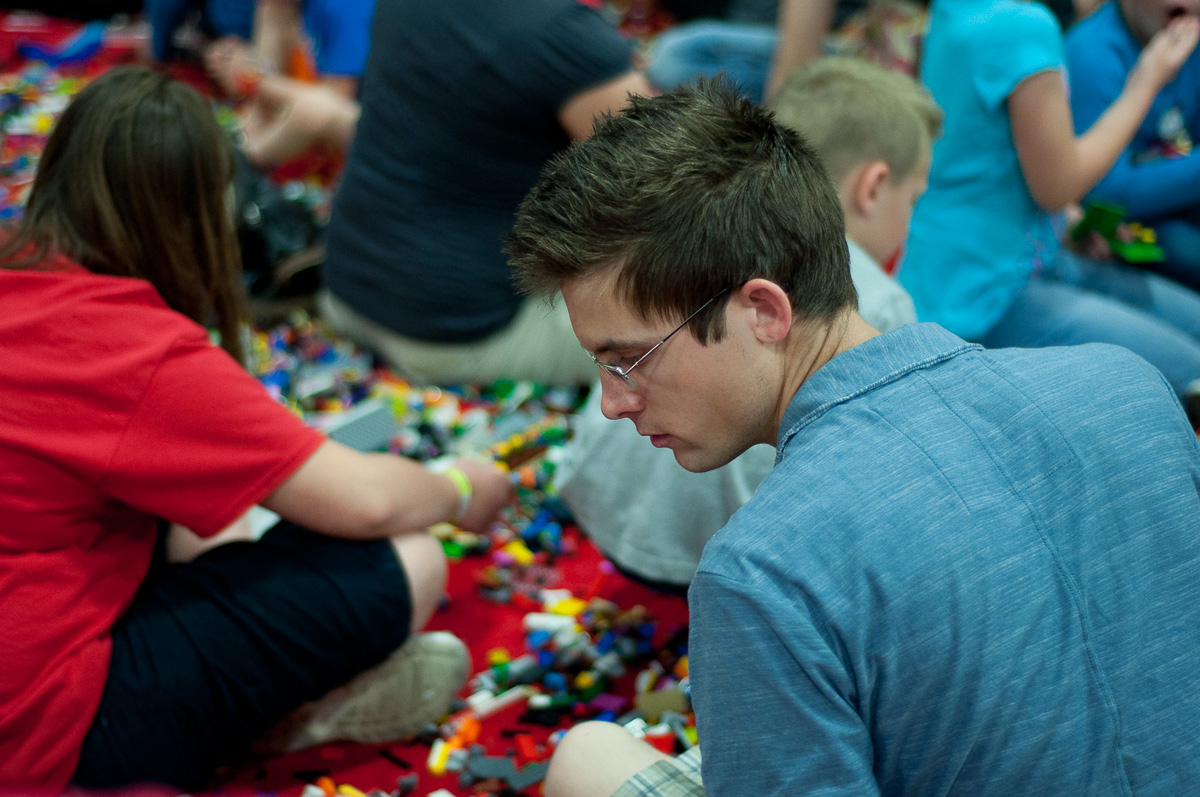 My brother, plopped down on the floor in the midst of children.

I about died laughing. I guess I shouldn’t have been that surprised since he has always been a LEGO fanatic, but seeing him playing right along with a crowd 15-20 years younger than him was incredibly amusing.

The boys didn’t mind combining their efforts with the LEGO master one bit. 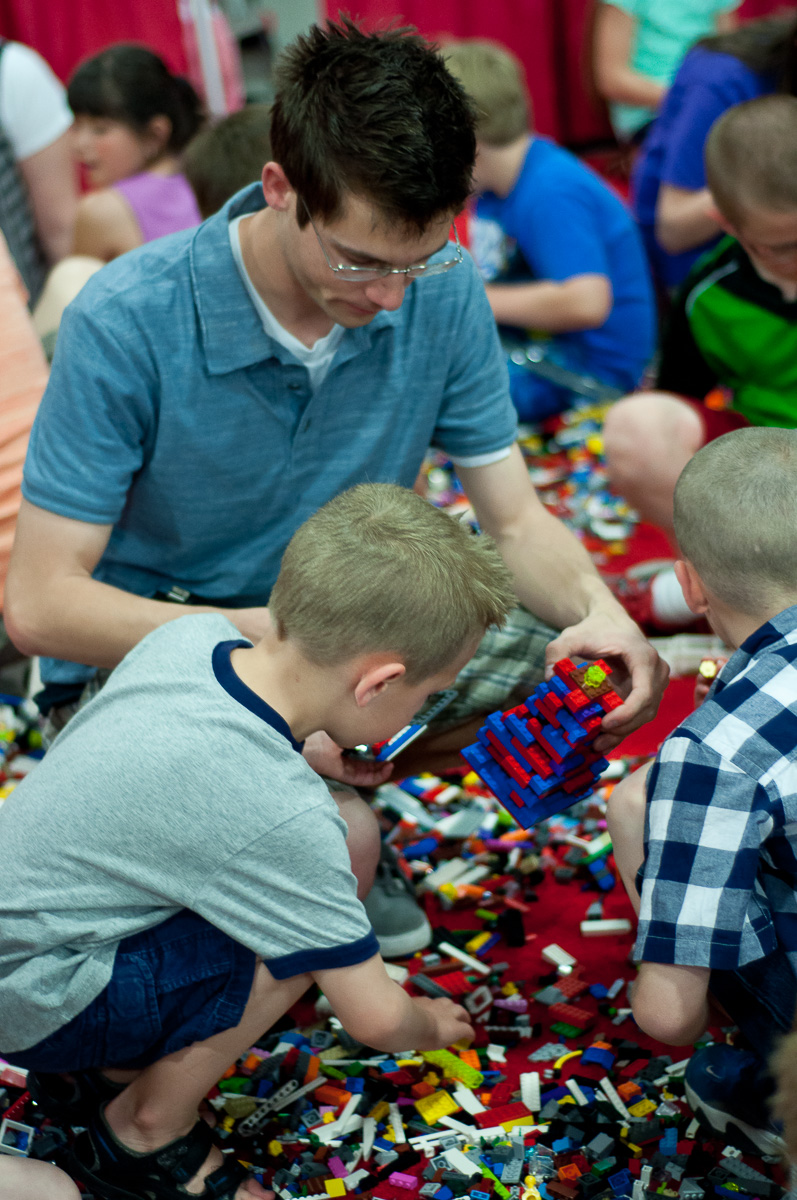 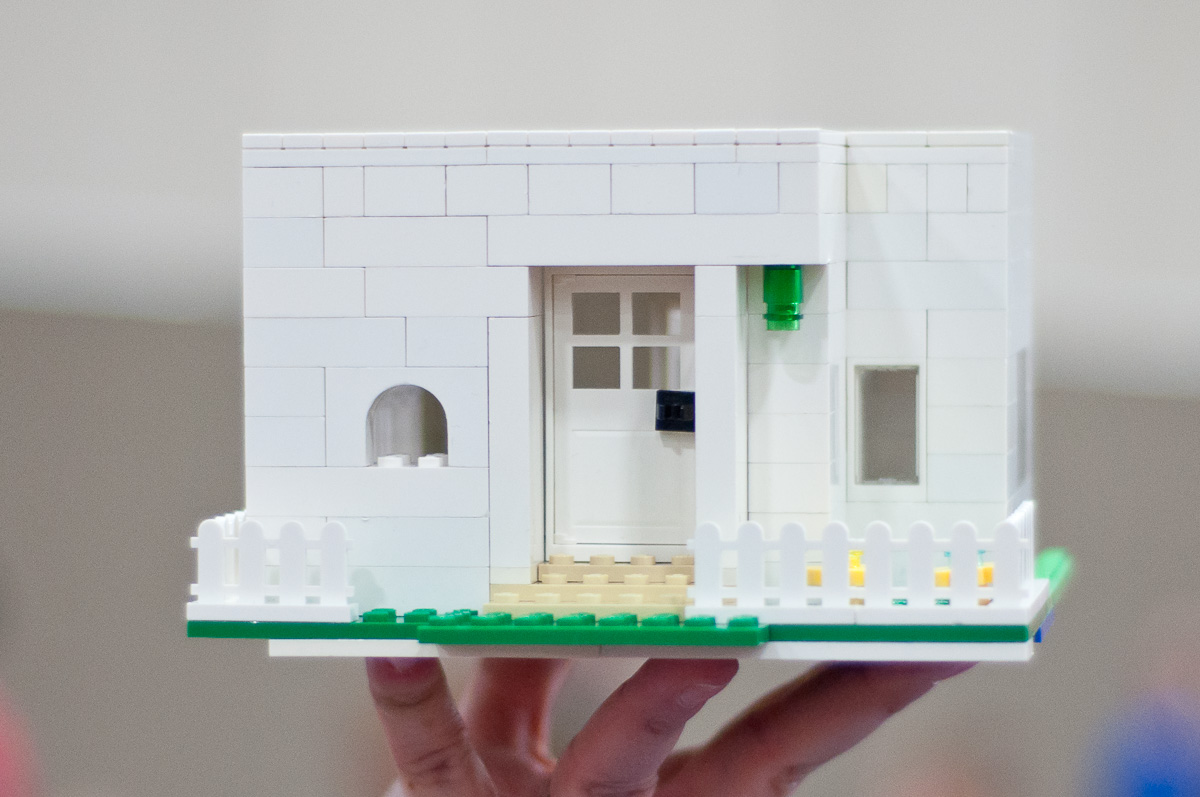 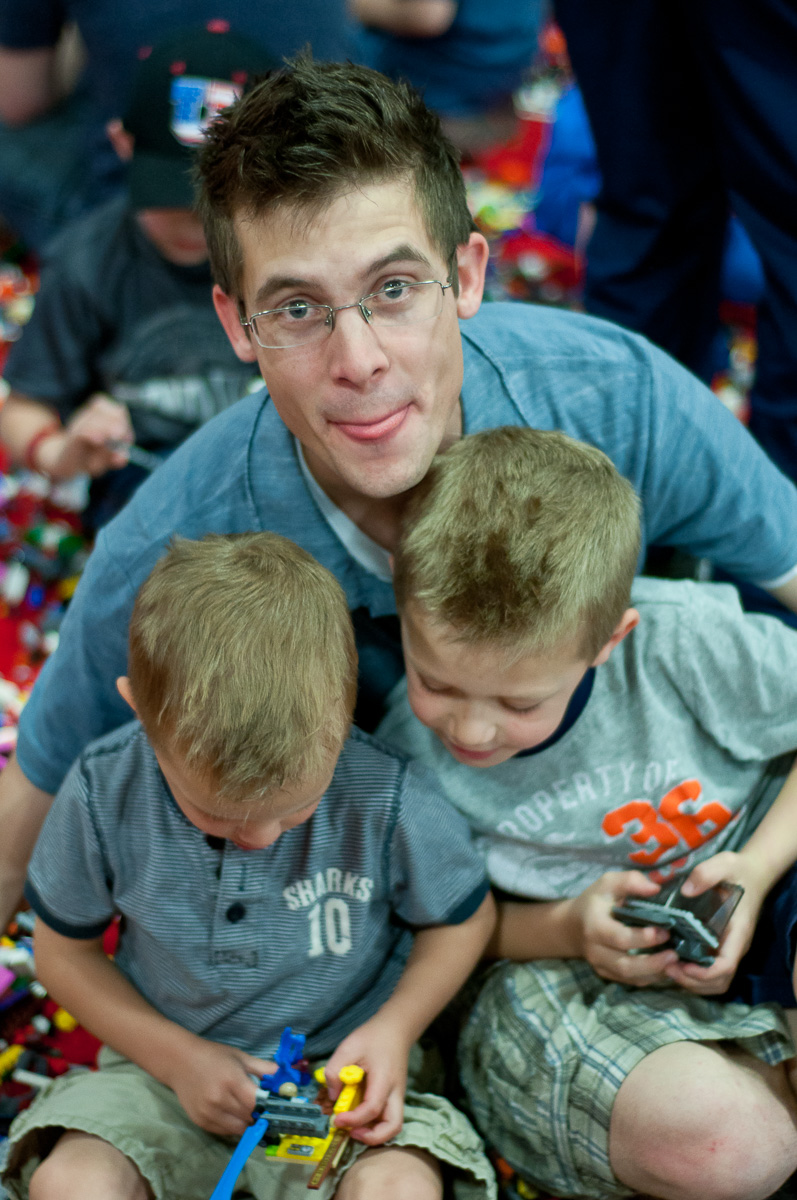