We are playing hard this summer.

We’re checking many items off our summer bucket list. We have to be creative about getting out of the house in between naps, but we usually manage one outing a day.

Sometimes, the slip ‘n slide is set up by 9am to beat the heat. 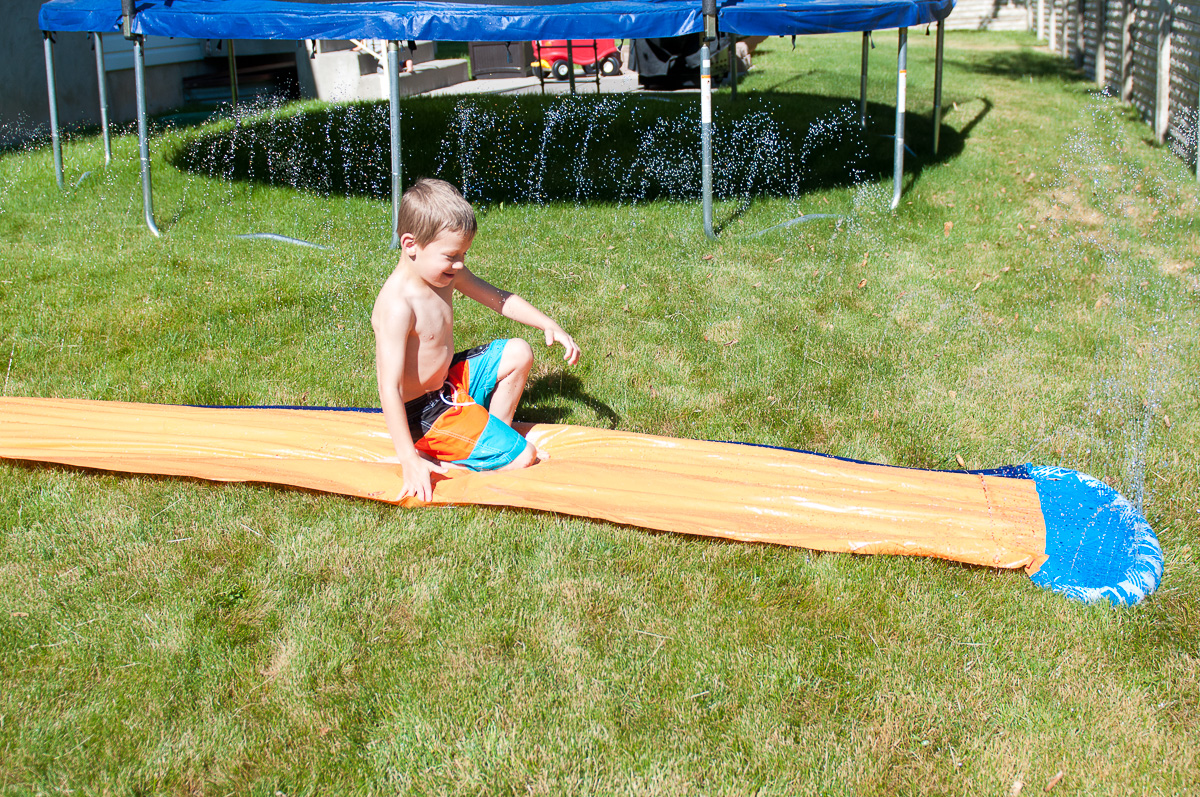 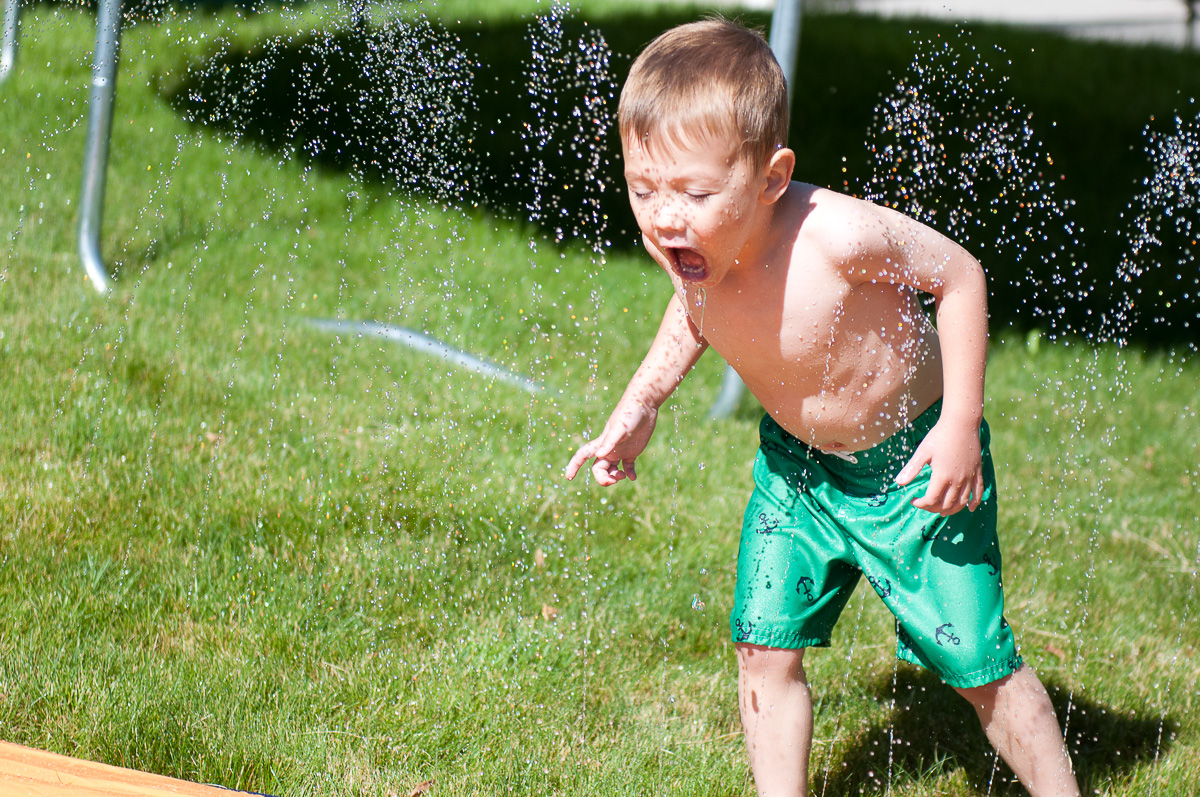 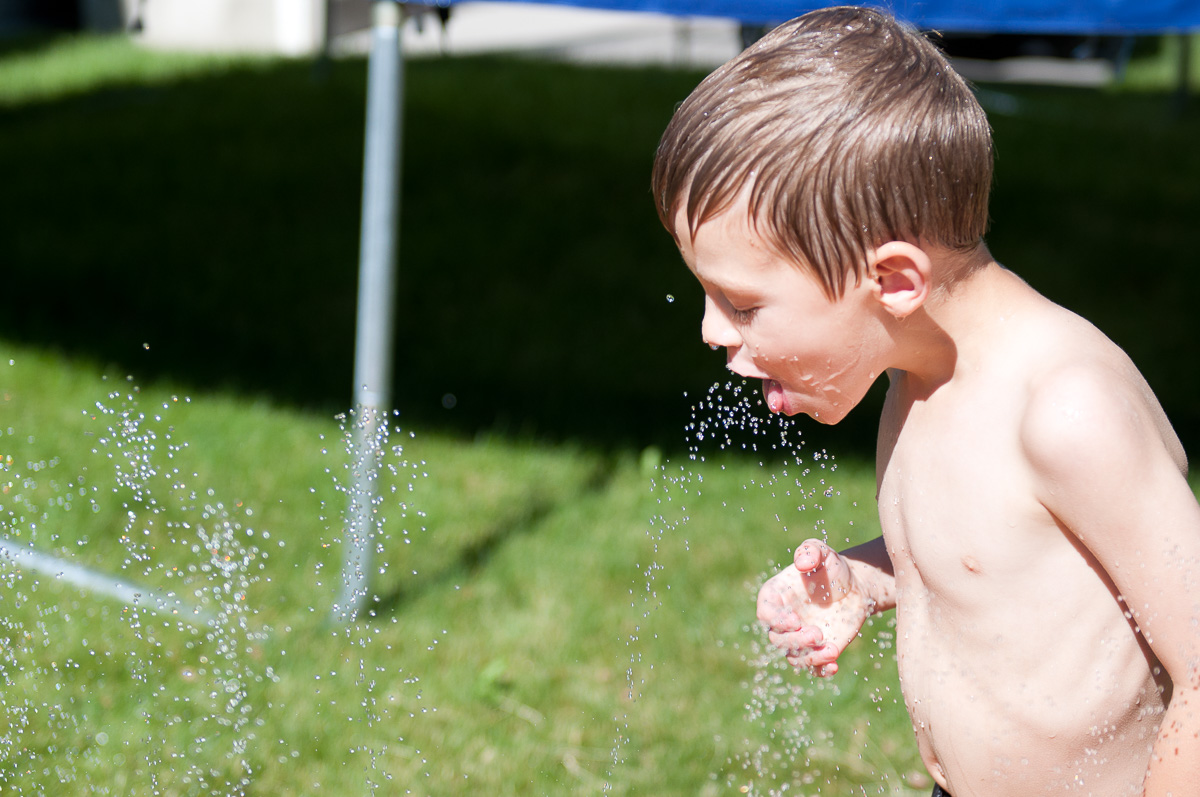 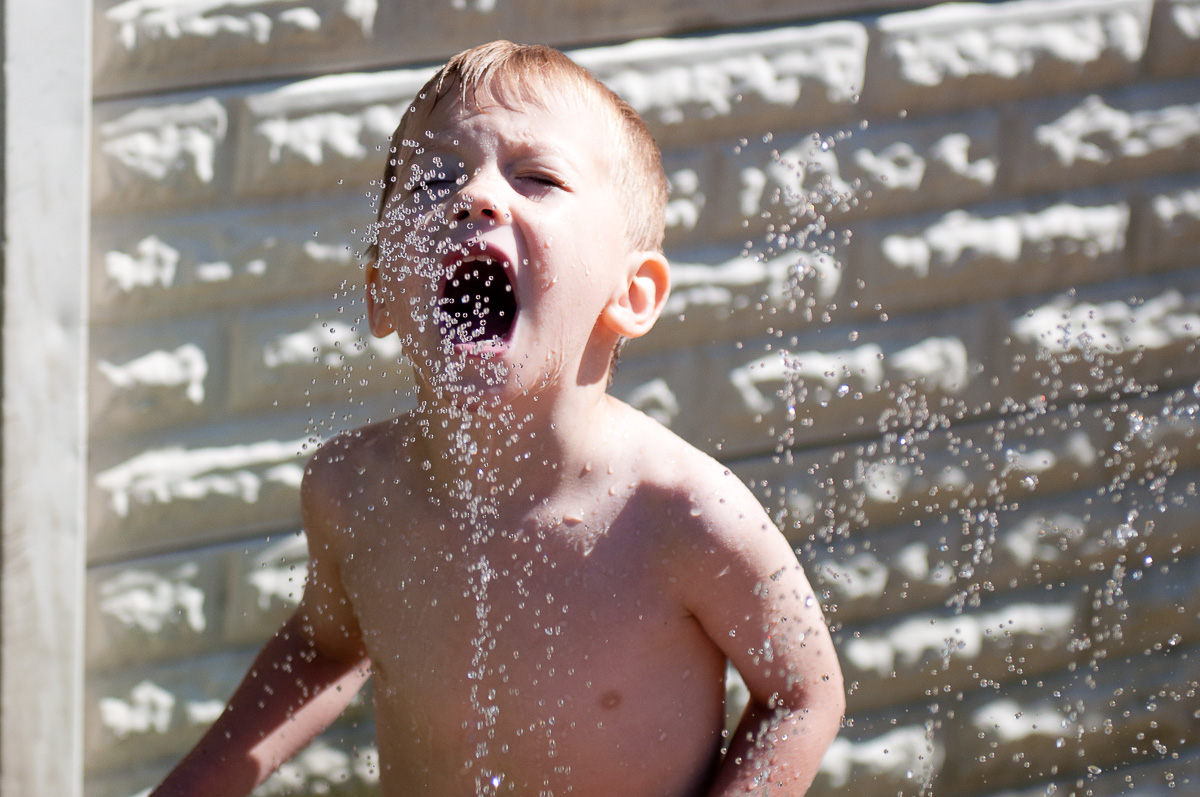 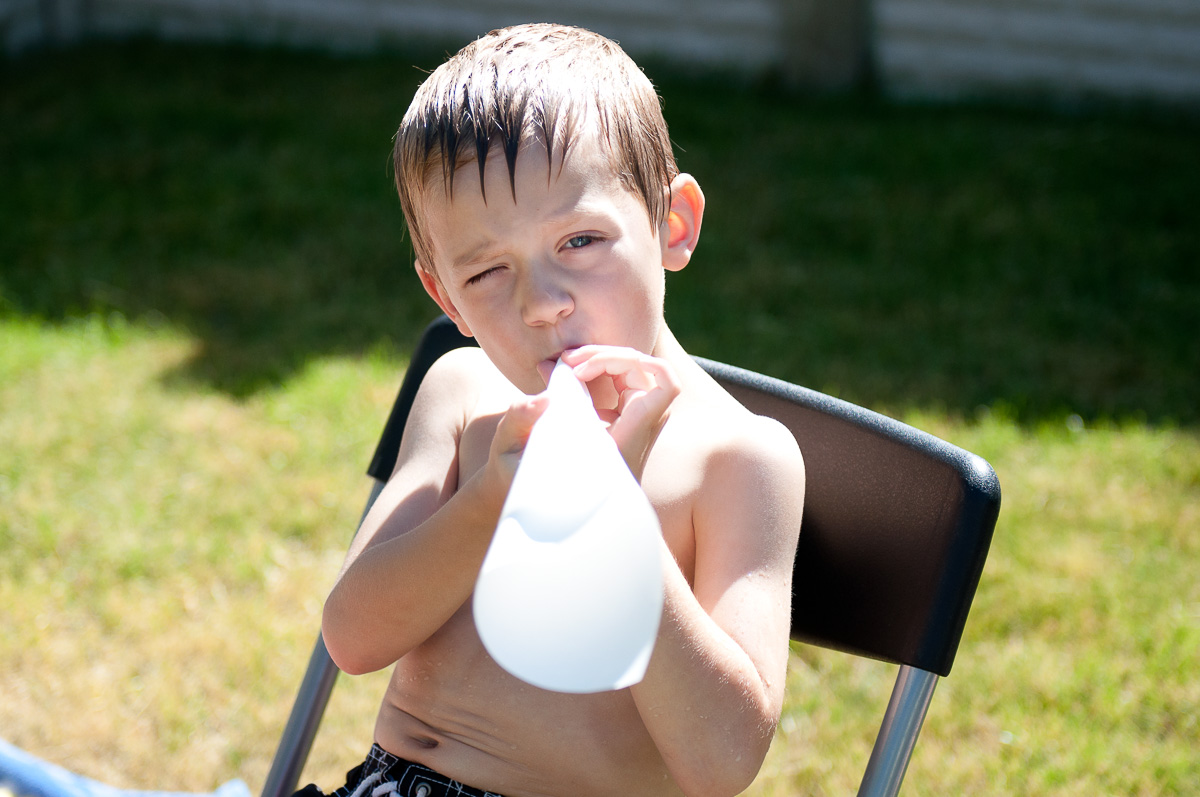 Crew happily watches the commotion from the confines of the trampoline. The netting might be an eyesore, but it is sure nice to zip Crew in there and not have to worry about him falling off. 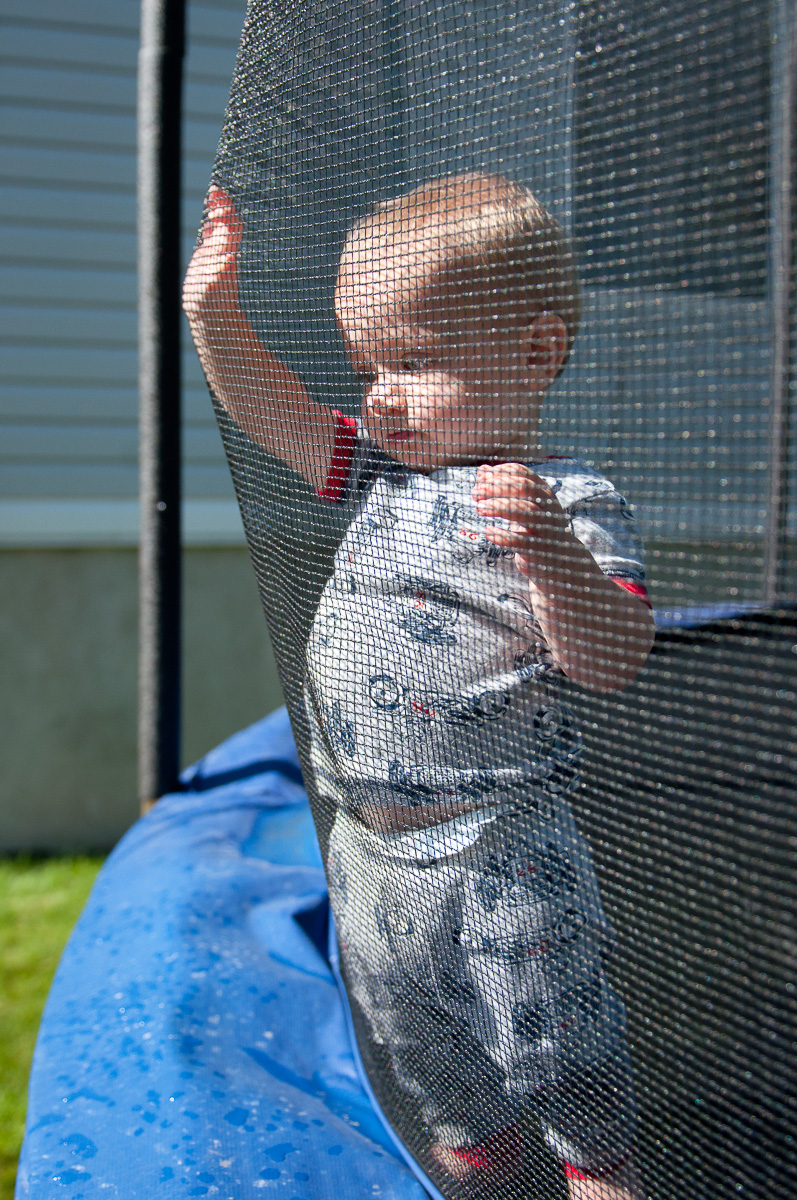 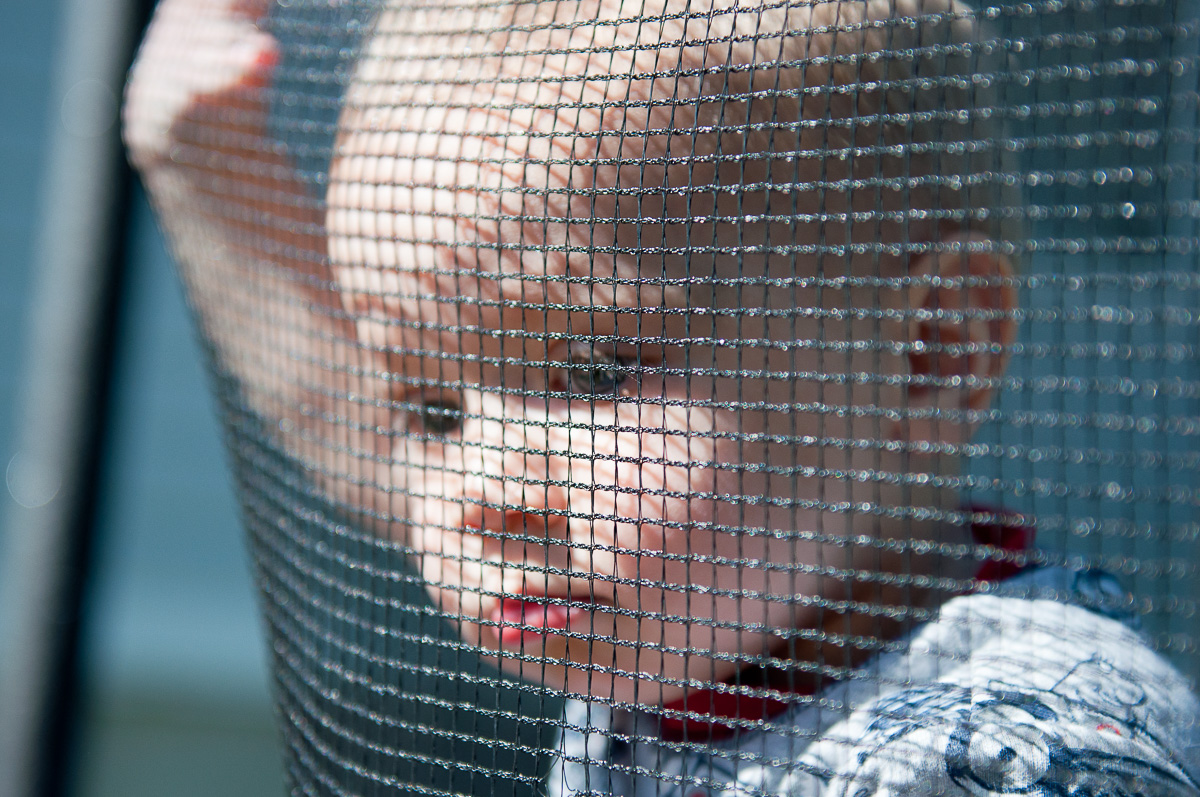 We visited the bird aviary. The boys did their best impression of flamingos. 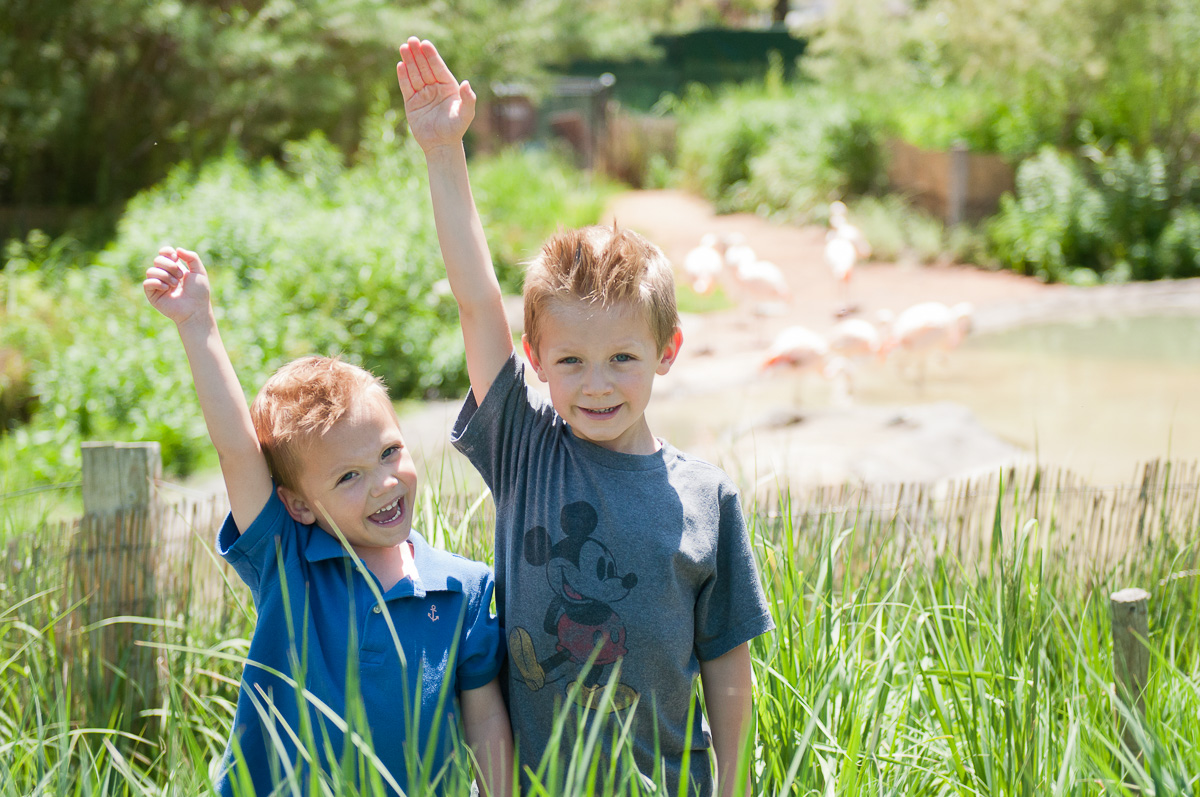 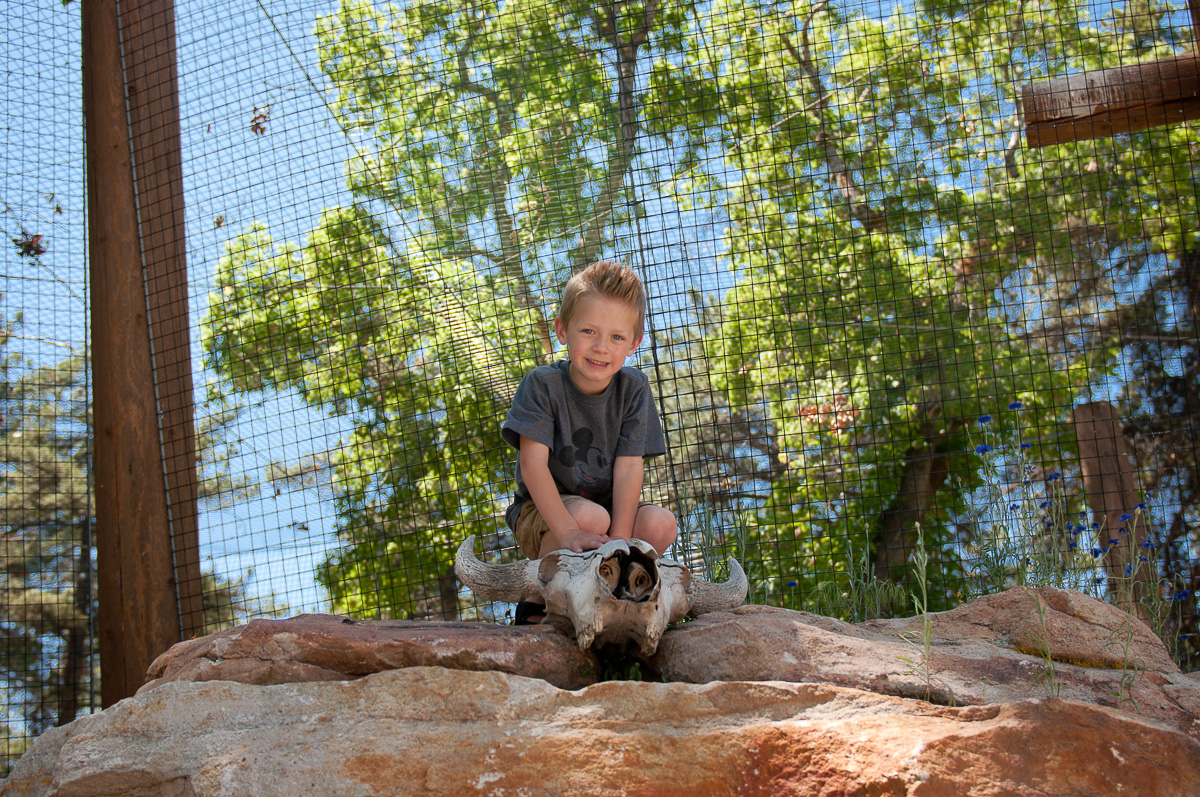 My uncle sent them some wooden dinosaurs that he built and painted. 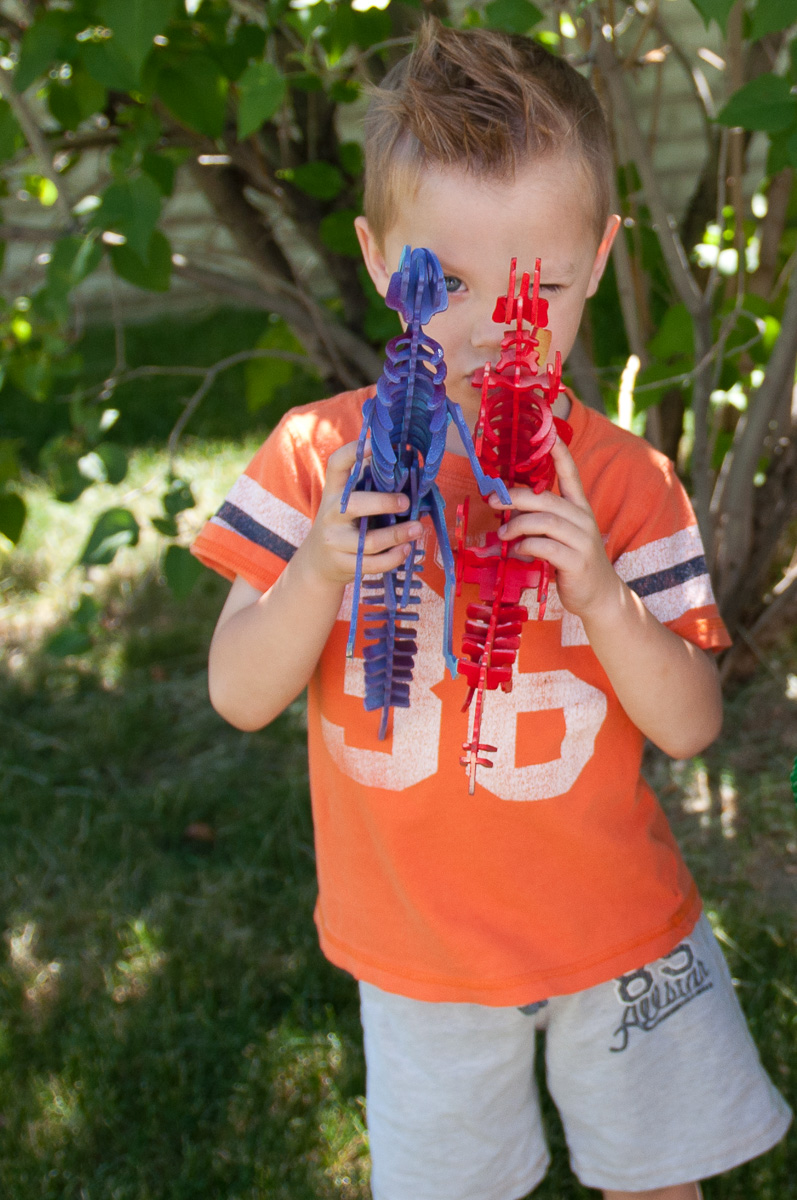 He also included a few kits for the boys to put together. We started with the airplane (no small feat!) and painted it orange to hang in Blake’s room. 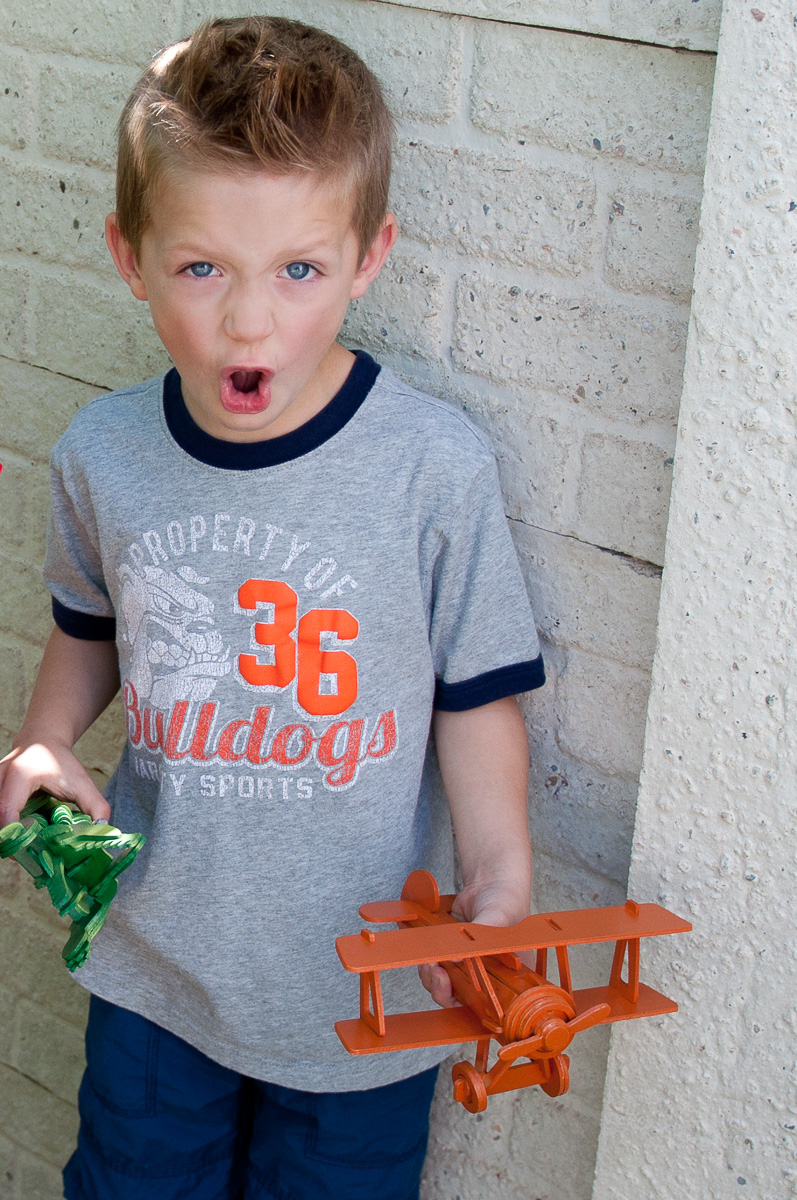 We accomplished one of the most anticipated activities of the summer; walking over a street overpass. Aside from the blazing mid-afternoon heat, the outing did not disappoint. 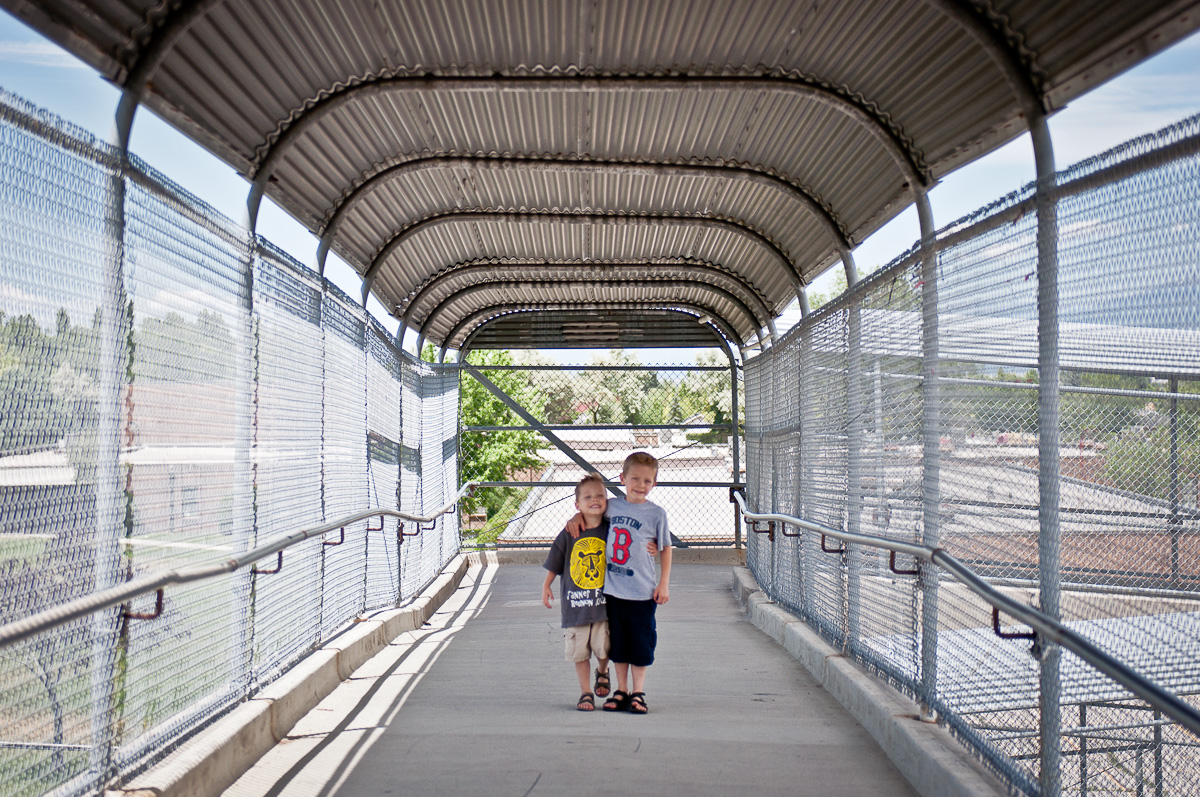 Many parks were visited. 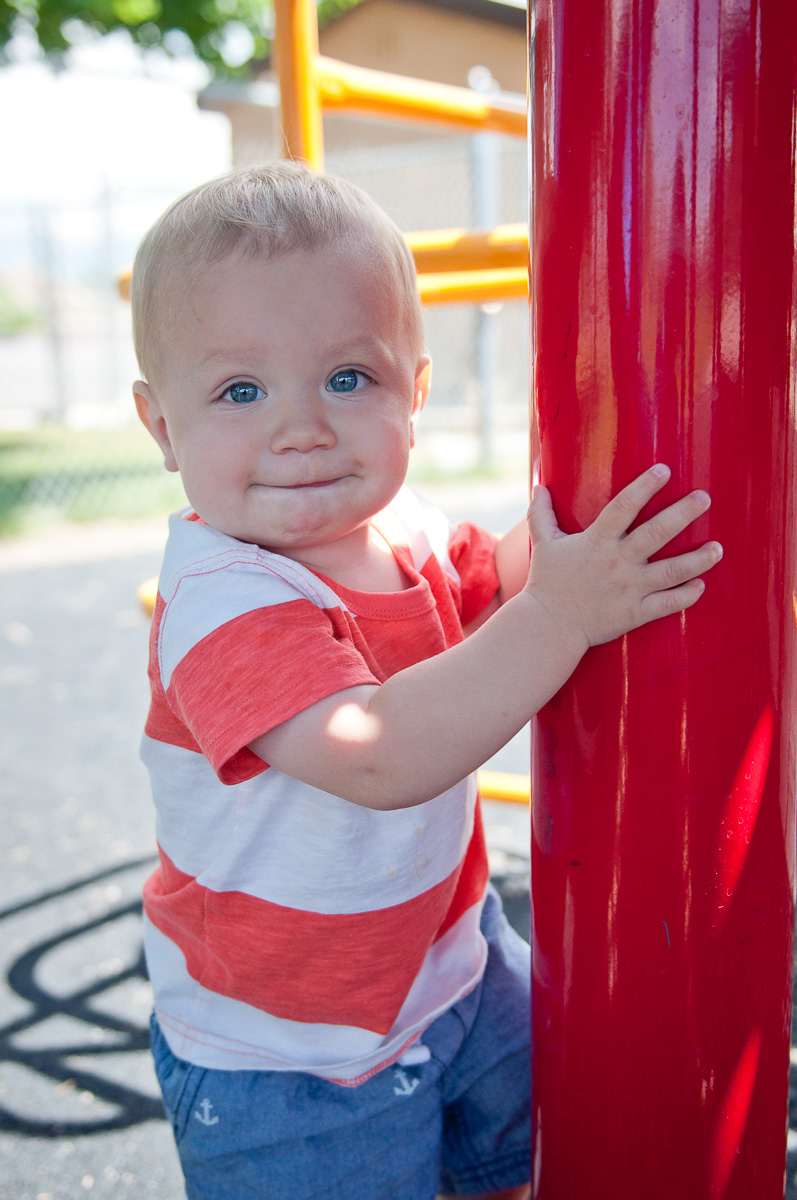 We saw “Cinderella” at an outdoor theater. The boys about died when I suggested a play containing a princess. I sat them down to watch the movie earlier in the week since they had never seen it and they threw huge fits. I might as well have curled their hair and painted their nails in the process. 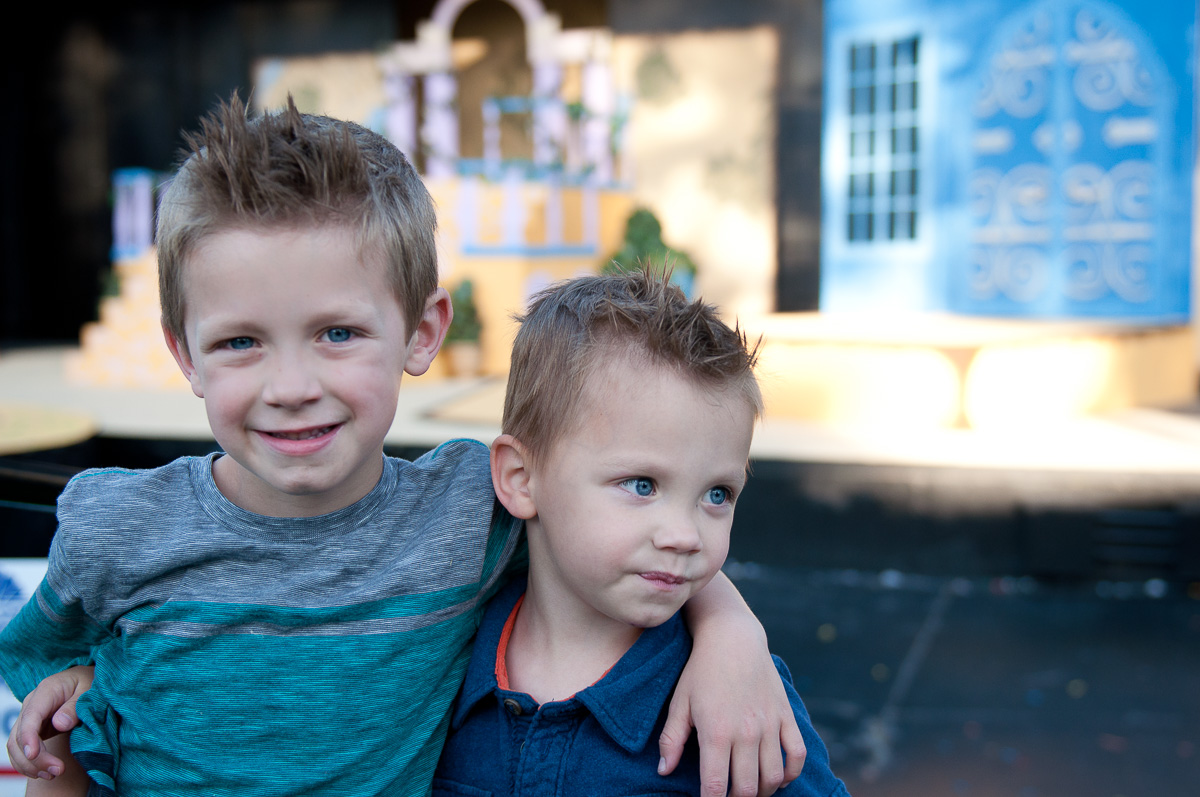 They adjusted to the idea once their friends and treats were involved. 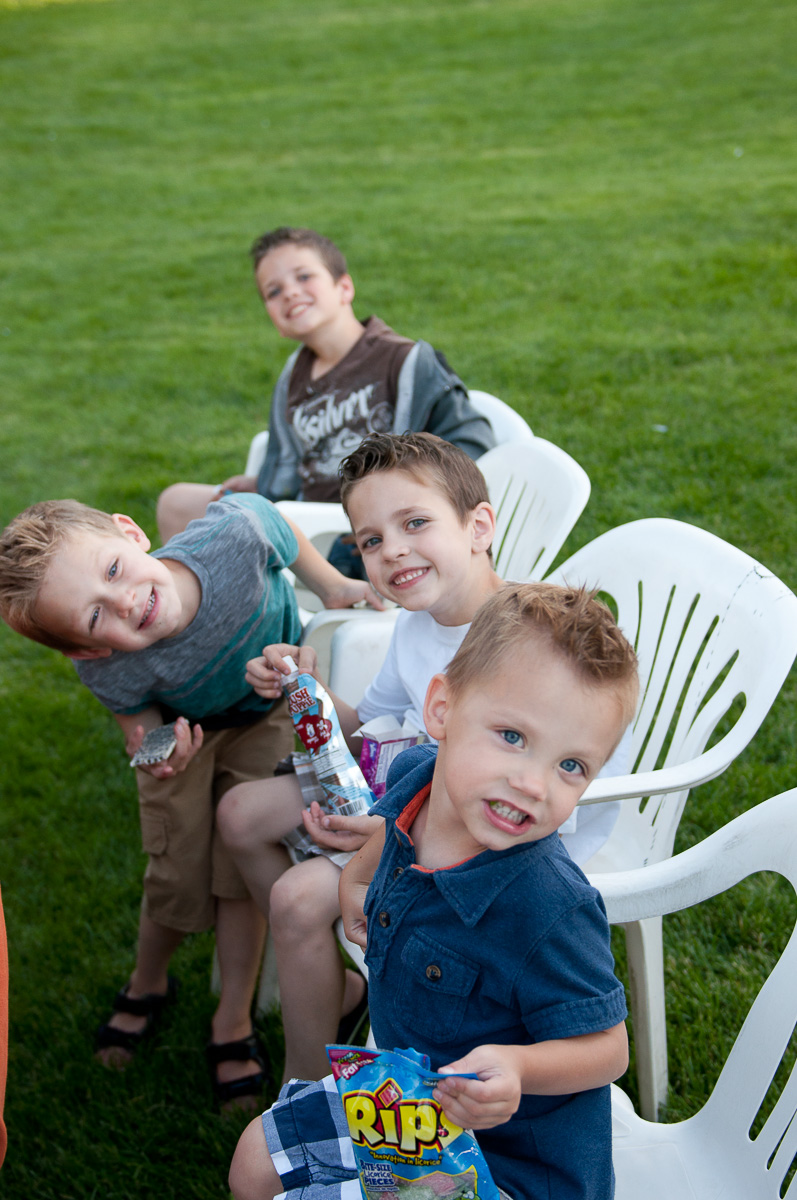 I think they might have even enjoyed the production. 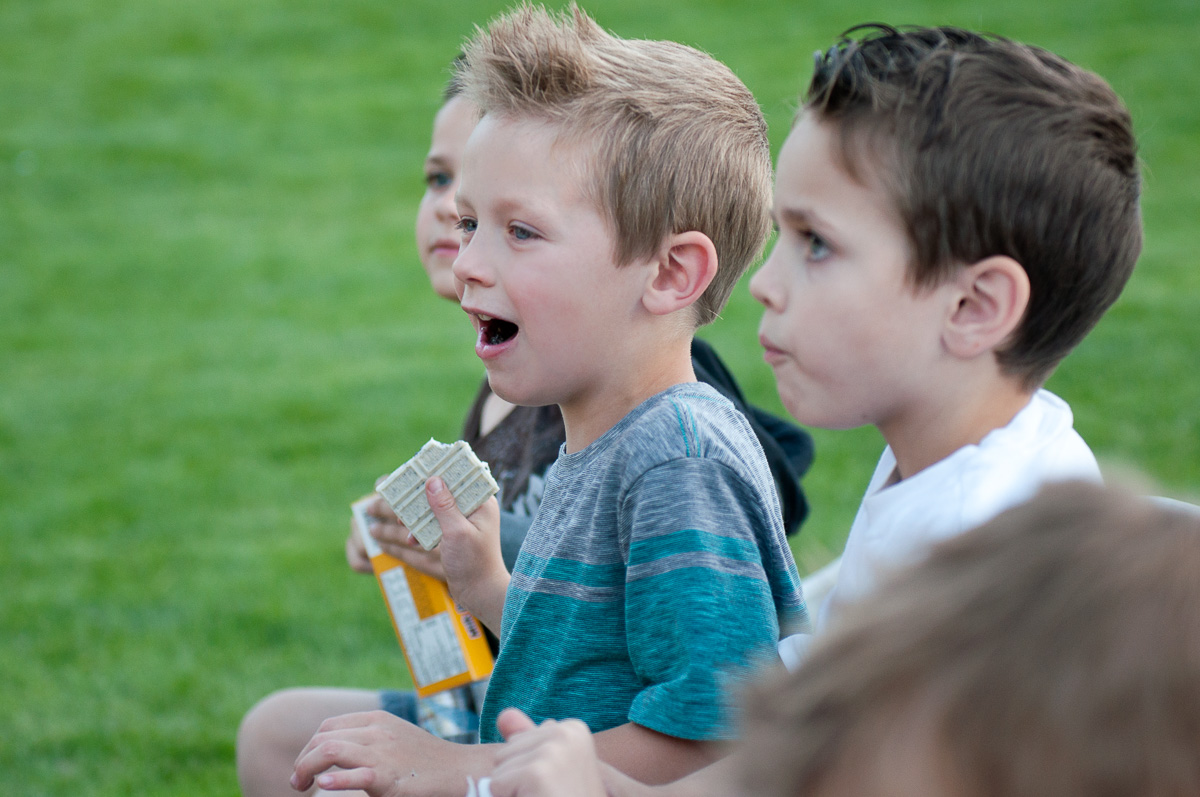 They still played good guys/bad guys on the stage during intermission though. They had to insert a little masculinity after sitting through the prince’s ball. 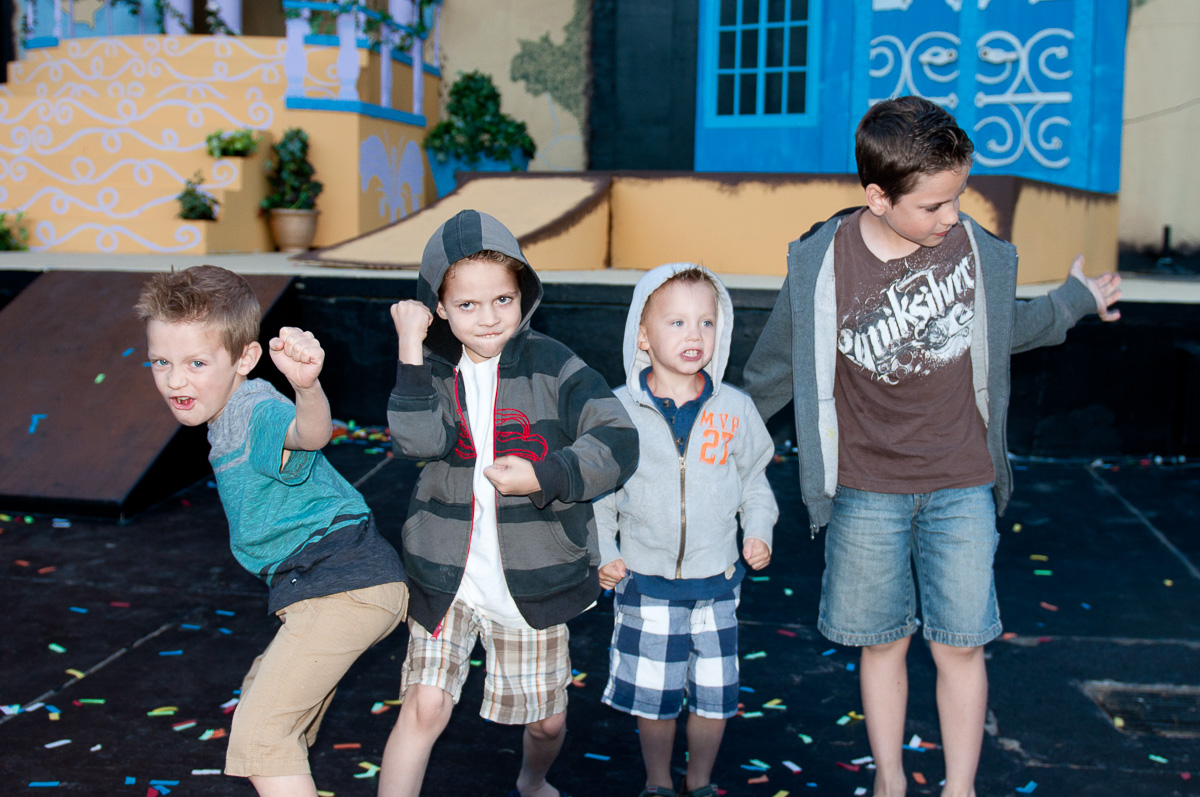 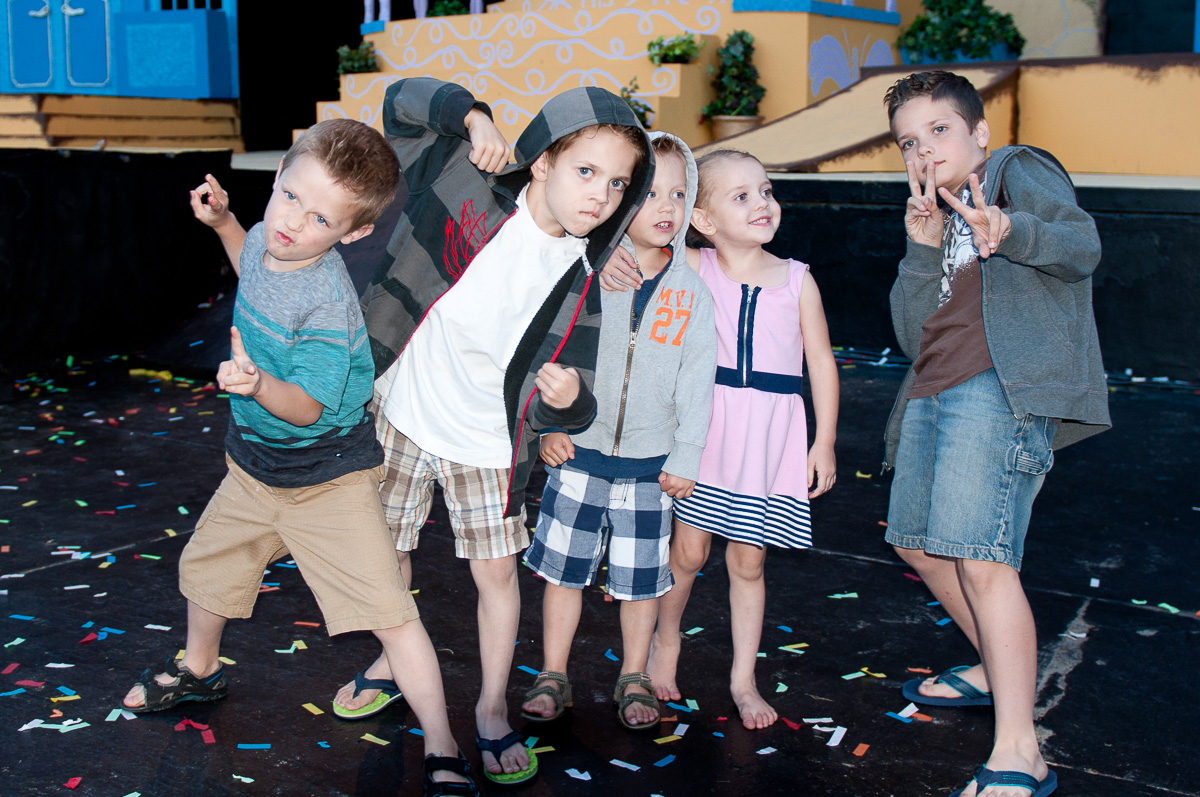 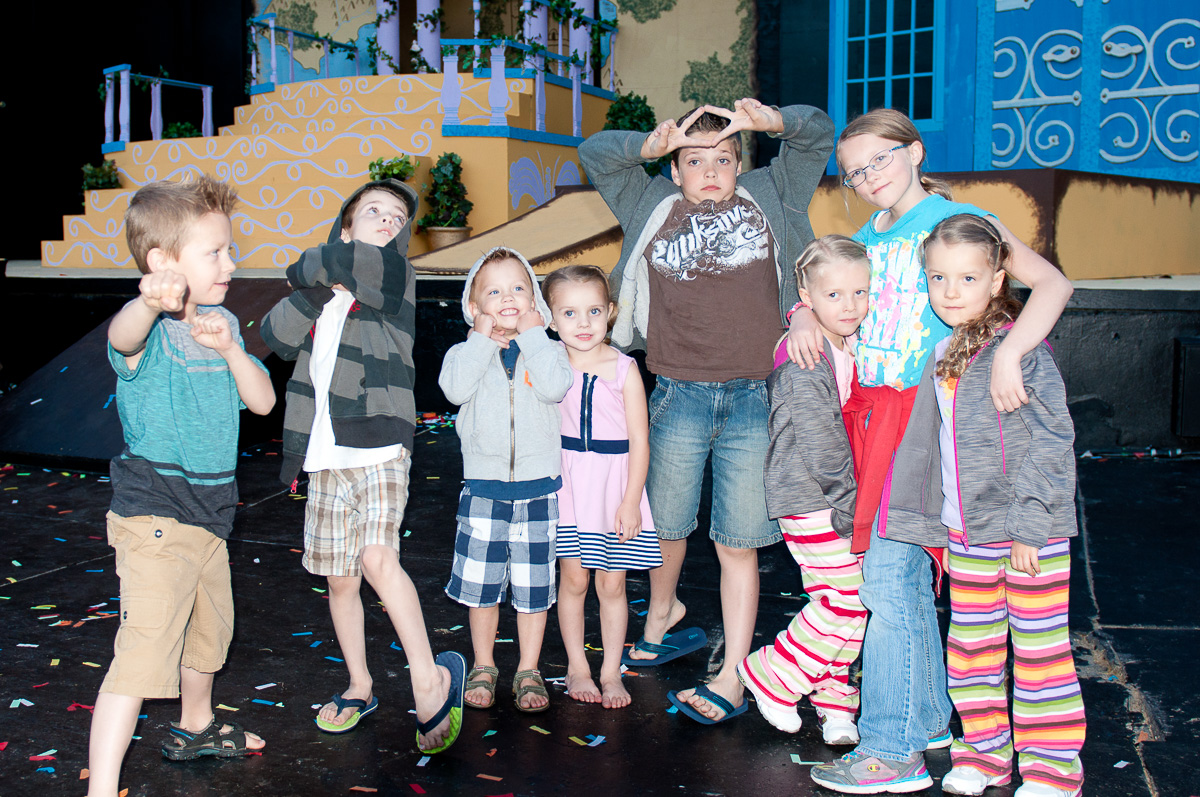 Plenty of indoor creativity happened as well. They spent hours sliding down the stairs on trampoline boxes. 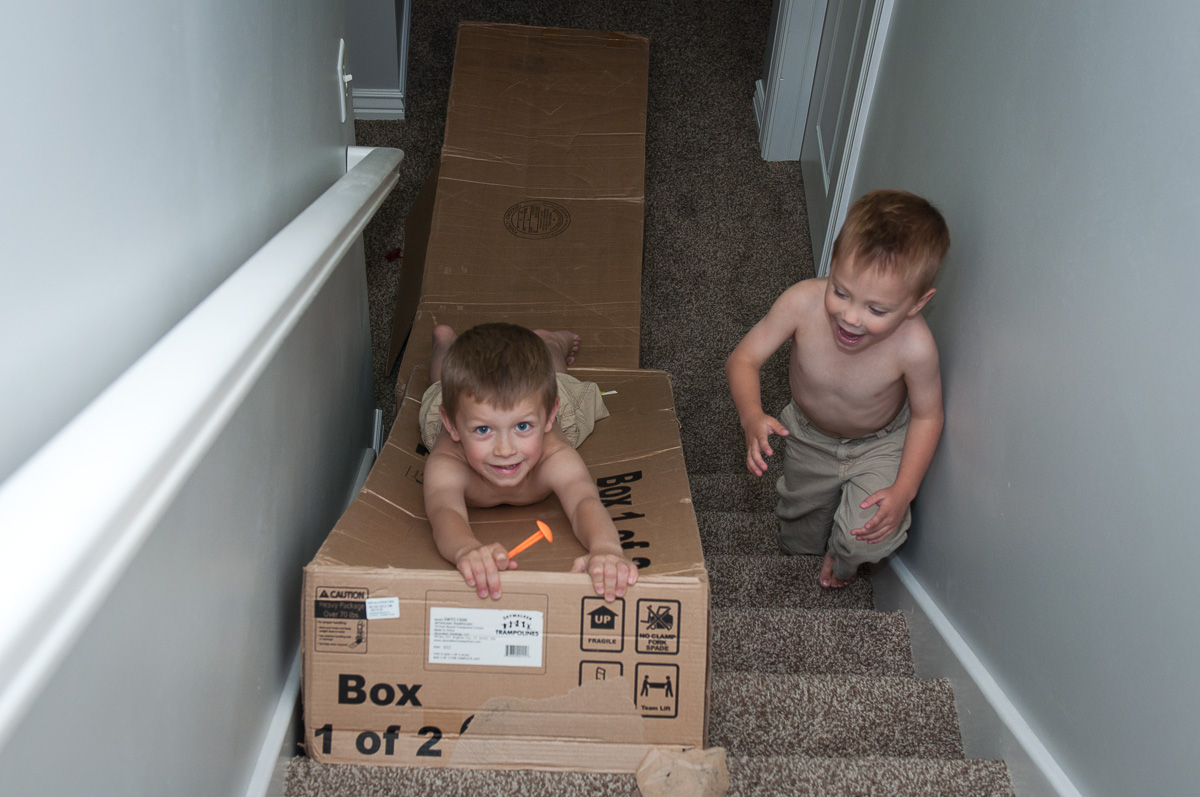 Settlers of Catan Junior was also played on repeat. I’d rather play that than Candy Land or Chutes and Ladders any day; I admit to even liking the junior version. 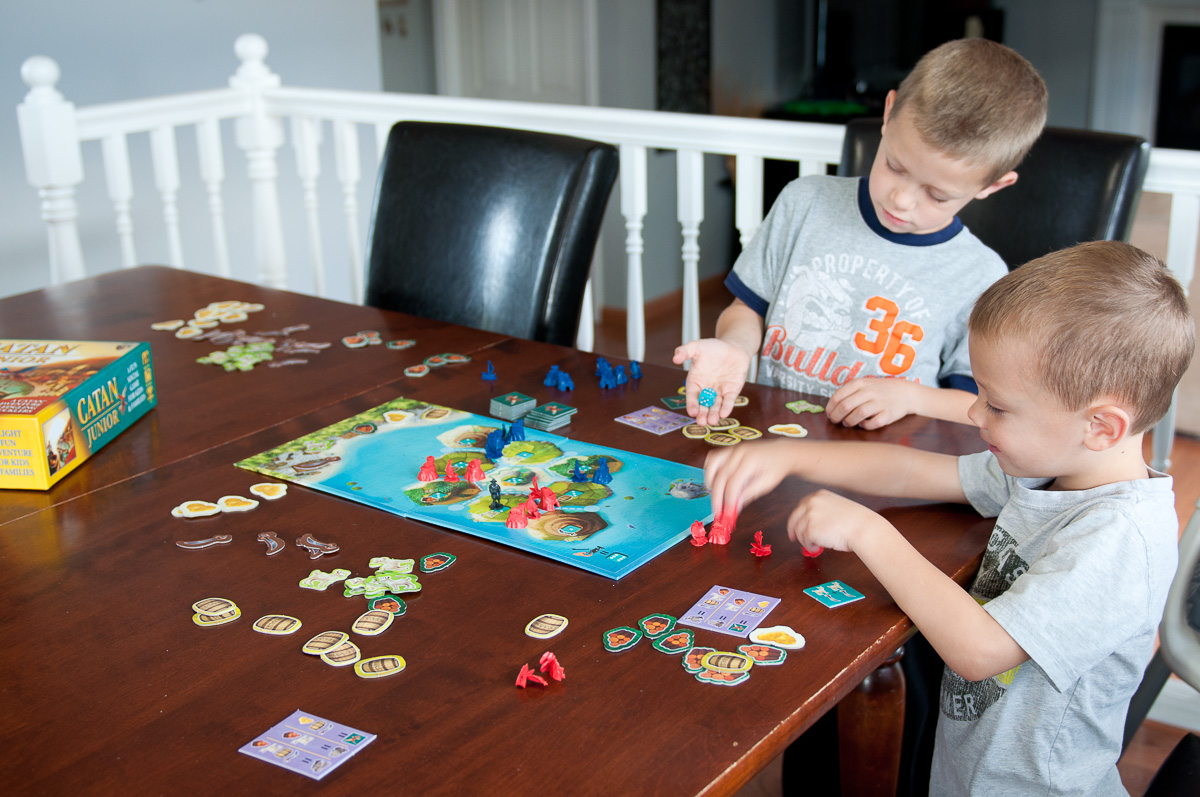 The boys started their first round of swimming lessons and in two short weeks were swimming across the pool, diving to the bottom, and jumping off the diving board. 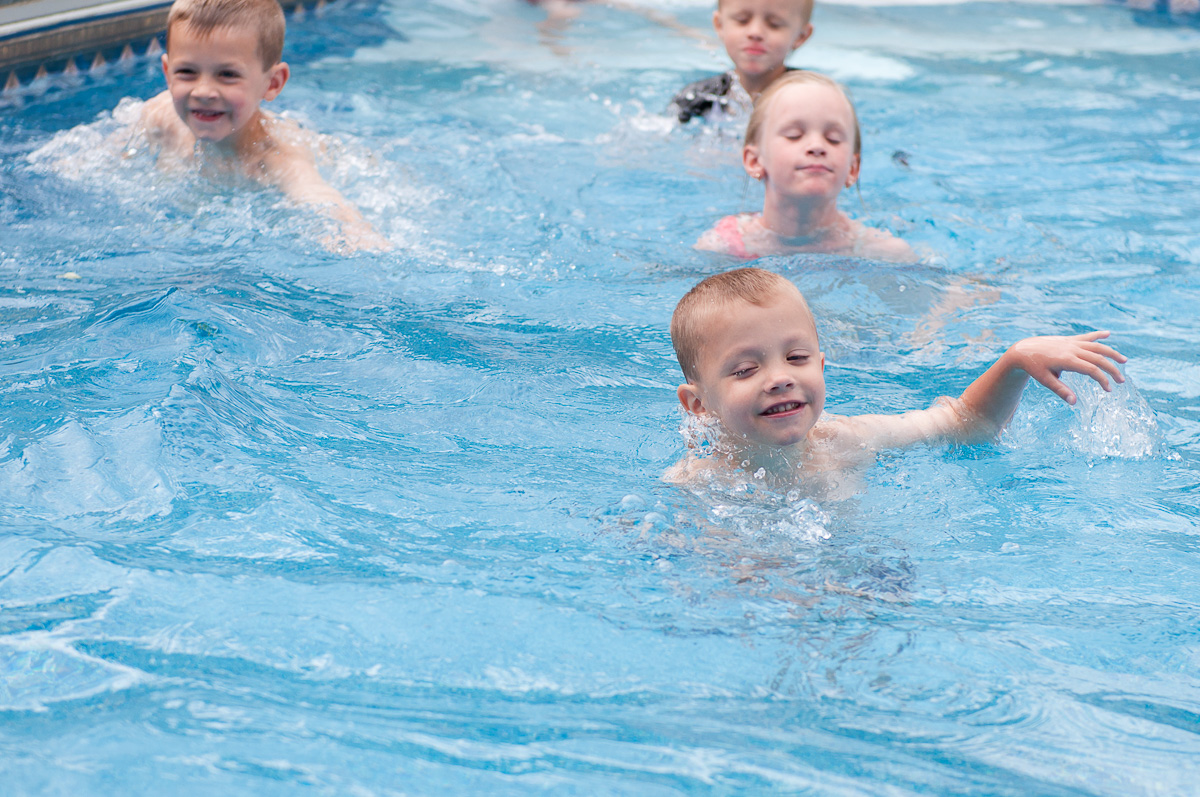 We decided to take lessons from a private mother/daughter team instead of at the community pool this summer. I couldn’t be happier with the attention they received and the progress they made. Nash didn’t wipe the smile off his face the entire time. 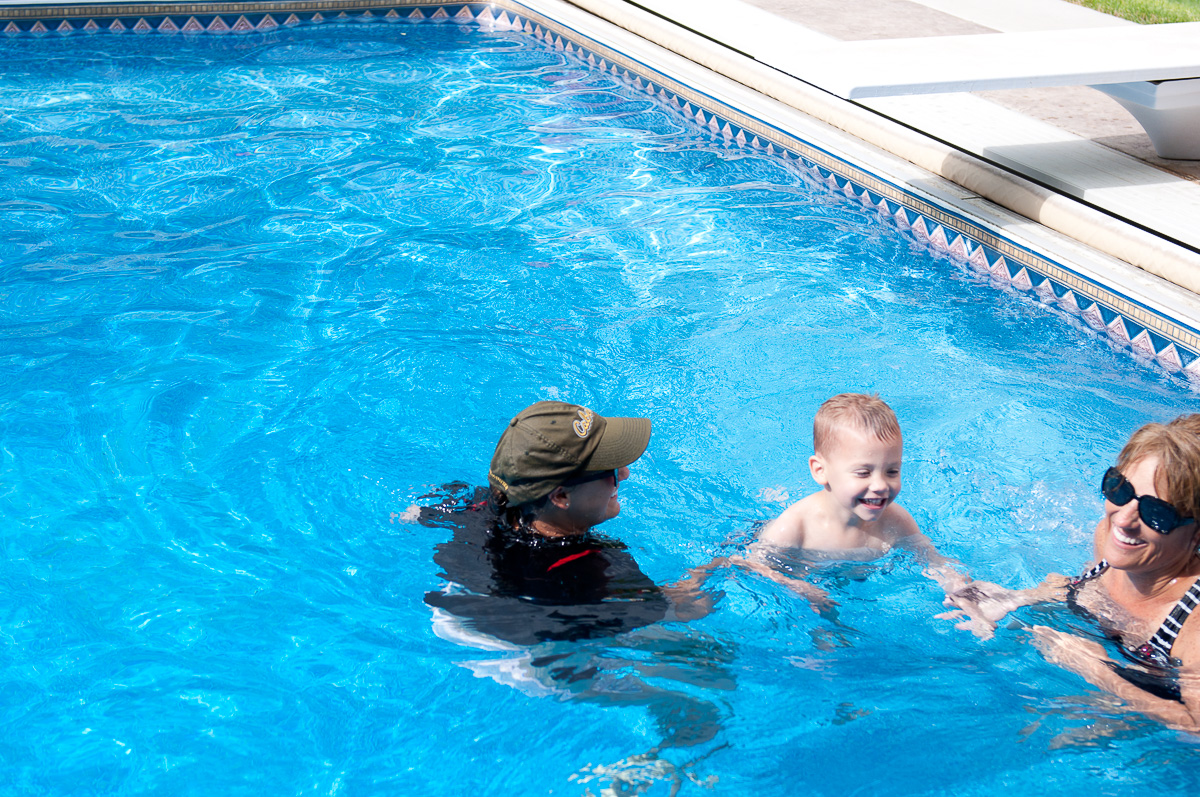 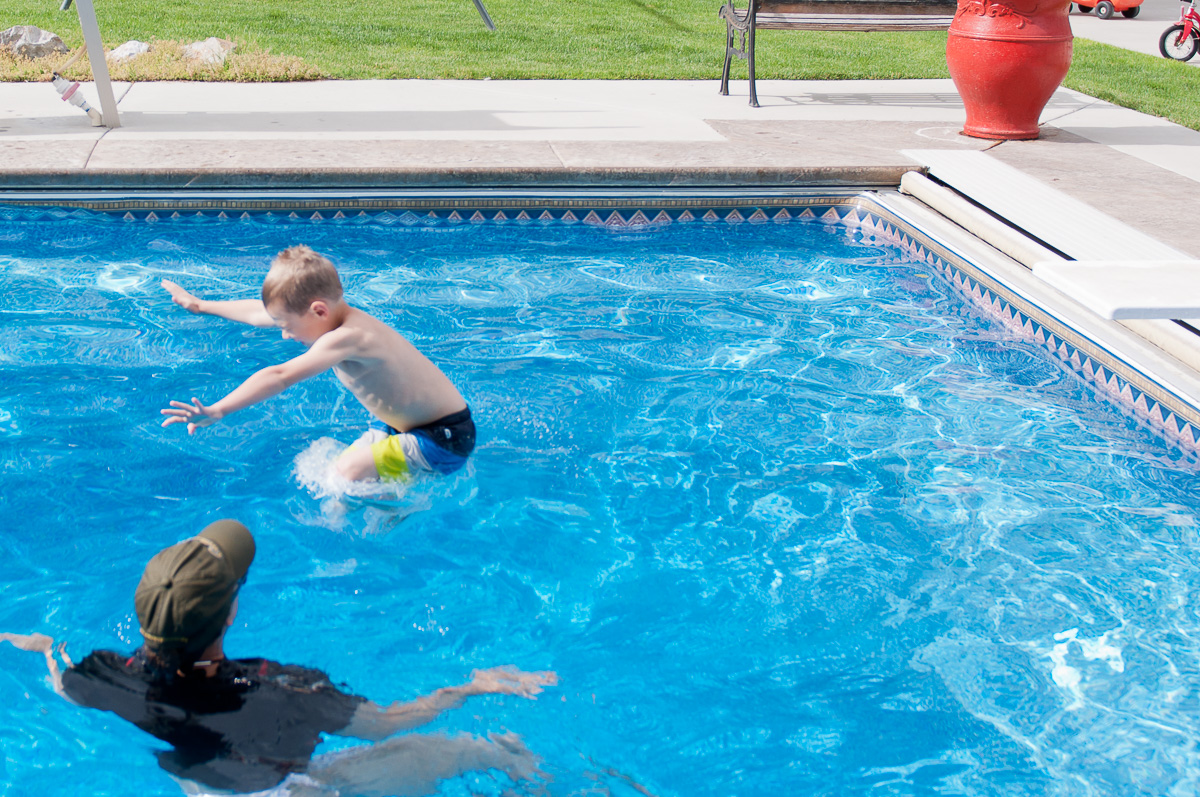 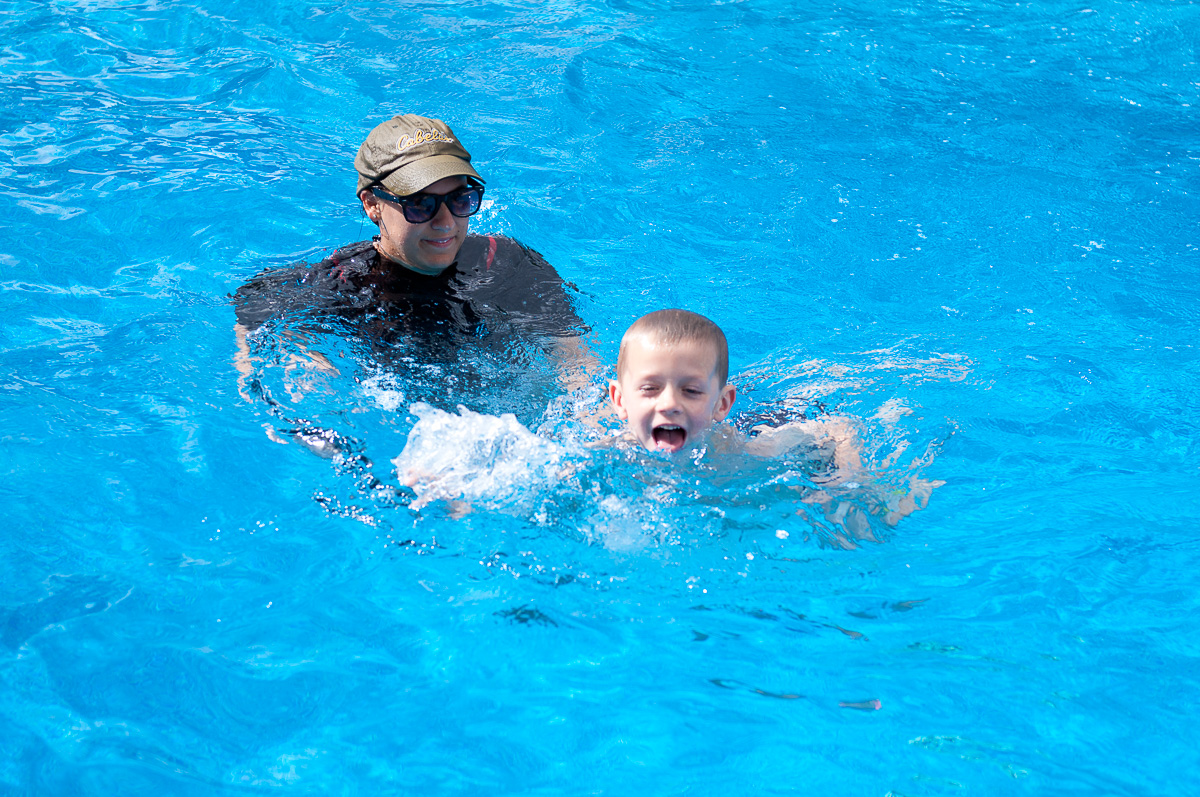 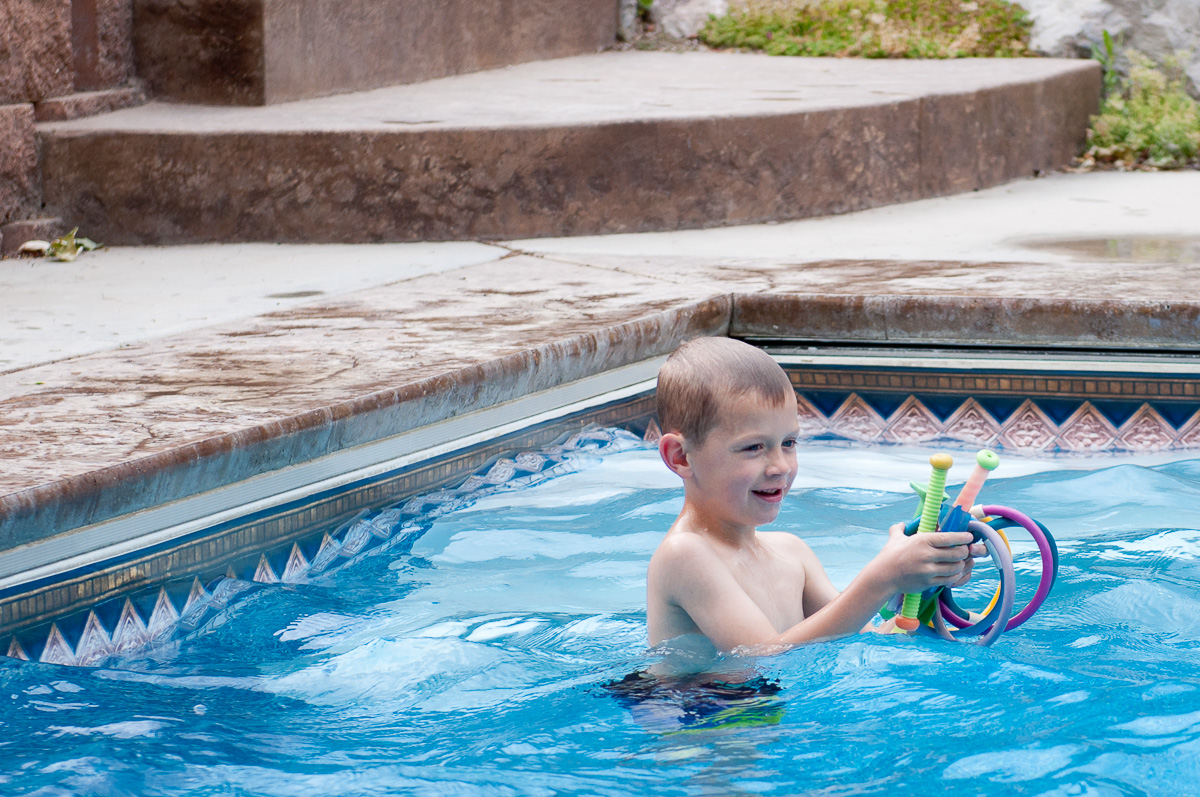 We spent a day at the amusement park that the boys have been asking about going to for years. 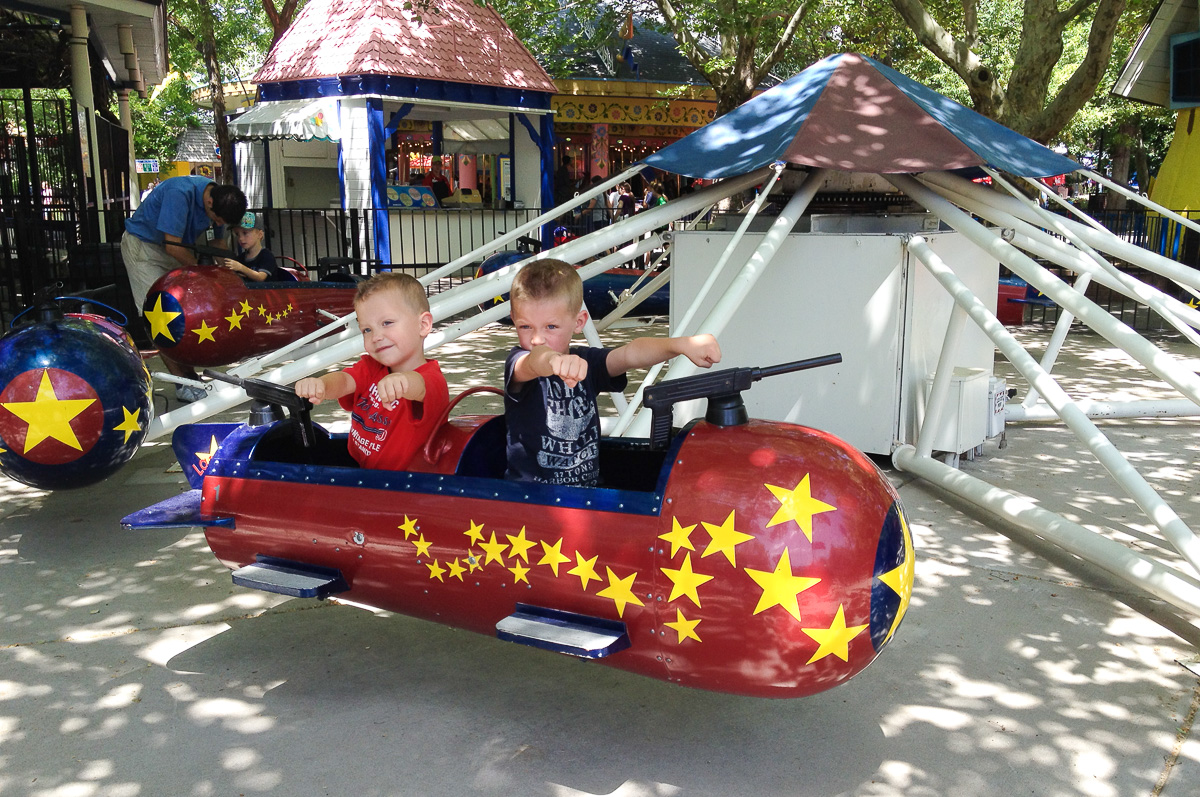 Their grandparents had some special admission passes and Troy even took the day off work to join in the festivities. With a pregnant mom and a dad with recent surgery in tow, Grandpa Tanner stepped up and was a good sport to go on so many rides with the boys. 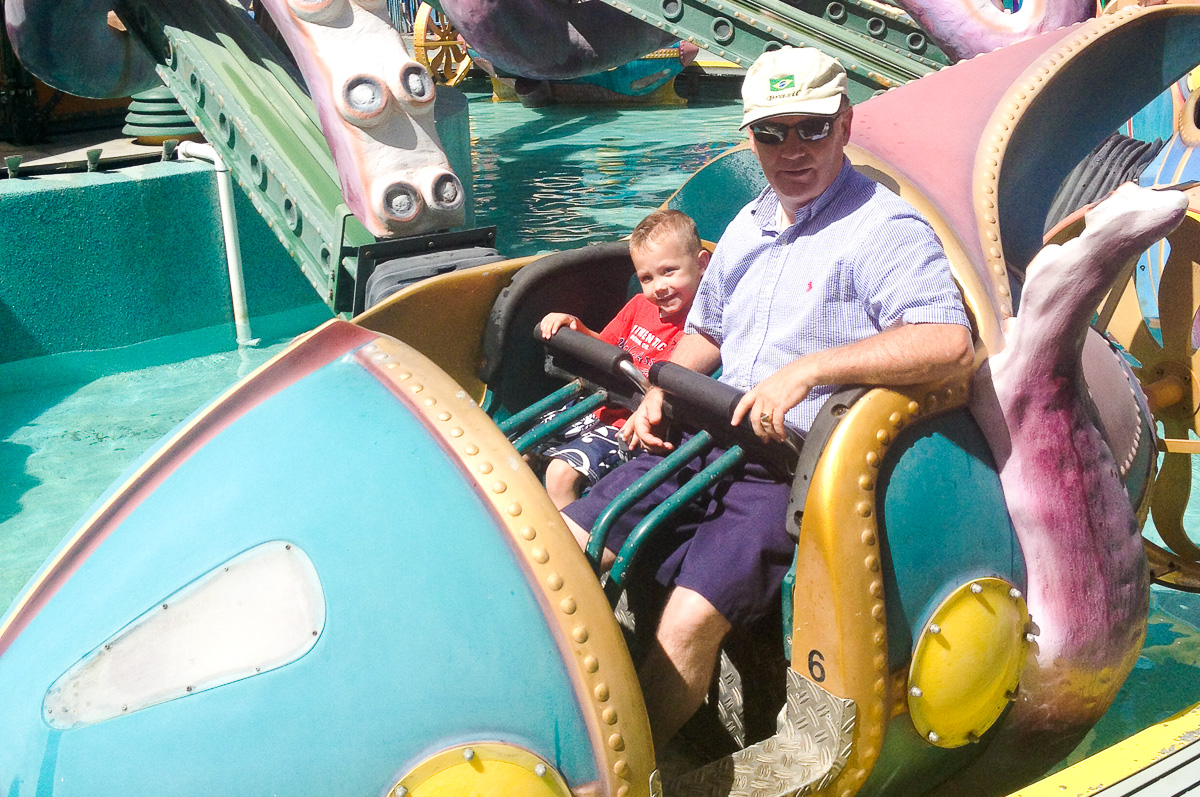 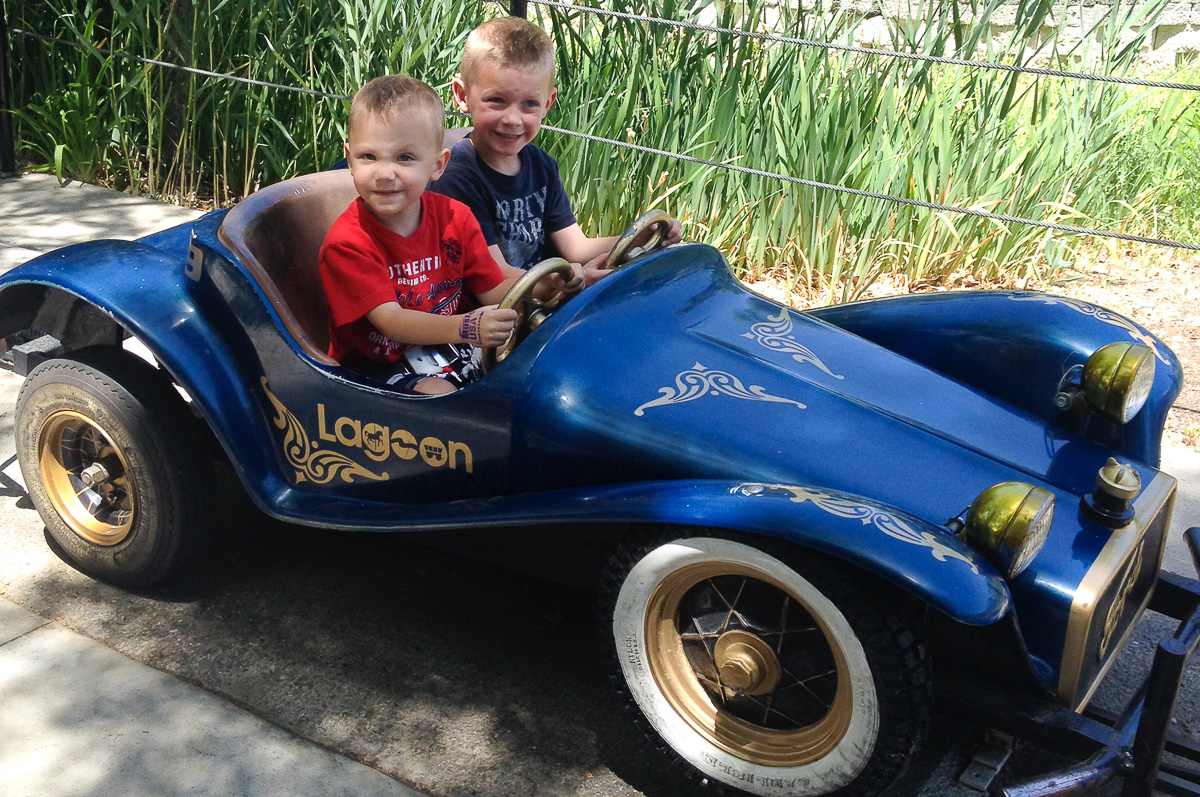