I was happy that we had an almost 4th of July a week prior to the actual holiday, filled with some of our favorite traditions.

Because this year, a family reunion took place of our normal festivities. Gathering 150+ people is no easy feat, and the 4th of July weekend was the only date that would work around other camps and commitments.Even though it’s great to catch up with extended family, I have to admit that I was really disappointed that the 4th wasn’t going to be filled with our usual boating, barbecue, Stadium of Fire and fireworks.

I know, I know, I’m an adult and I should have rolled with the punches a little better. But I just love love love our traditions that symbolize America and the peak of summer. The 4th of July has always been my favorite holiday. And after a tough year, the lack of celebrations was just one more disappointment to add to the list.

I kept trying to remind myself that we would have many more 4th of Julys to celebrate. And to quit whining about it already and try to make the best out of the situation.But I think we were doomed from the get-go.

We wanted to have some semblance of a holiday because the reunion didn’t start until mid-afternoon. We woke up and went out to breakfast which is Troy’s favorite thing to do. He actually got this holiday off from work which hasn’t happened yet this year since he works with foreign markets.

The boys sat outside in rocking chairs and Troy taught them how to play checkers. That was the highlight of the day. 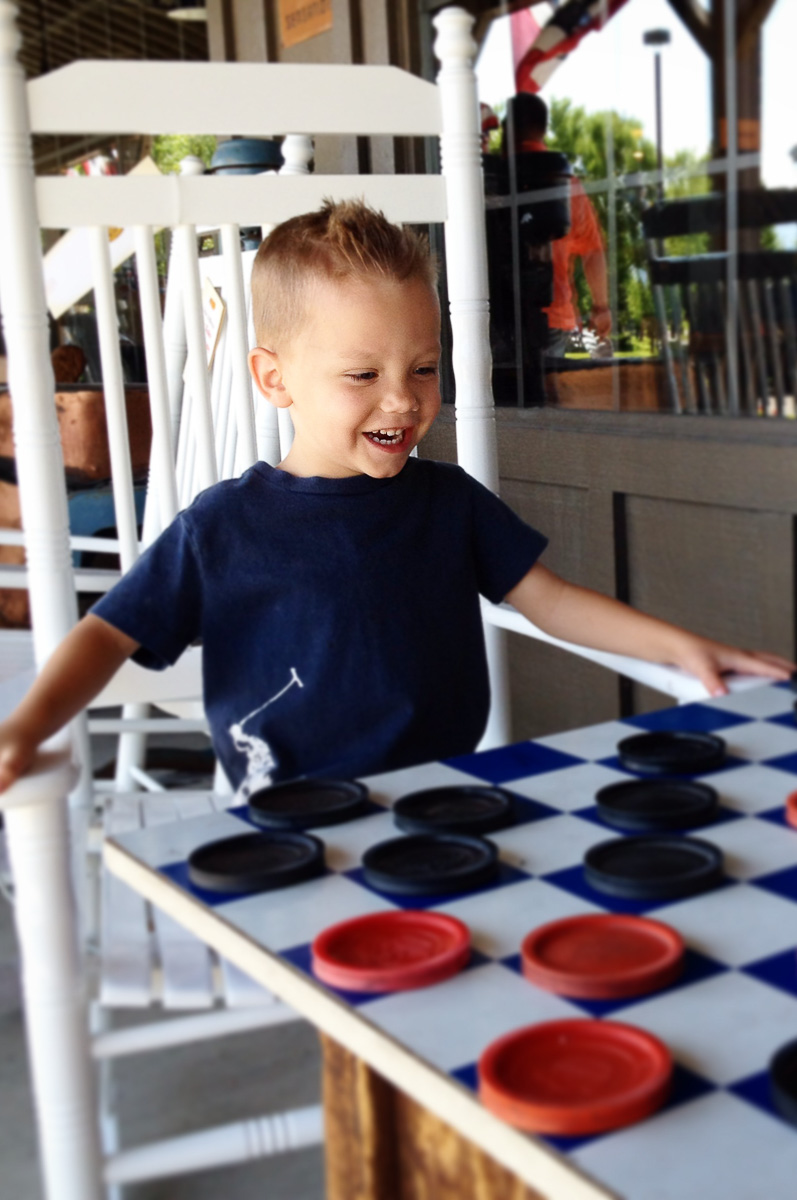 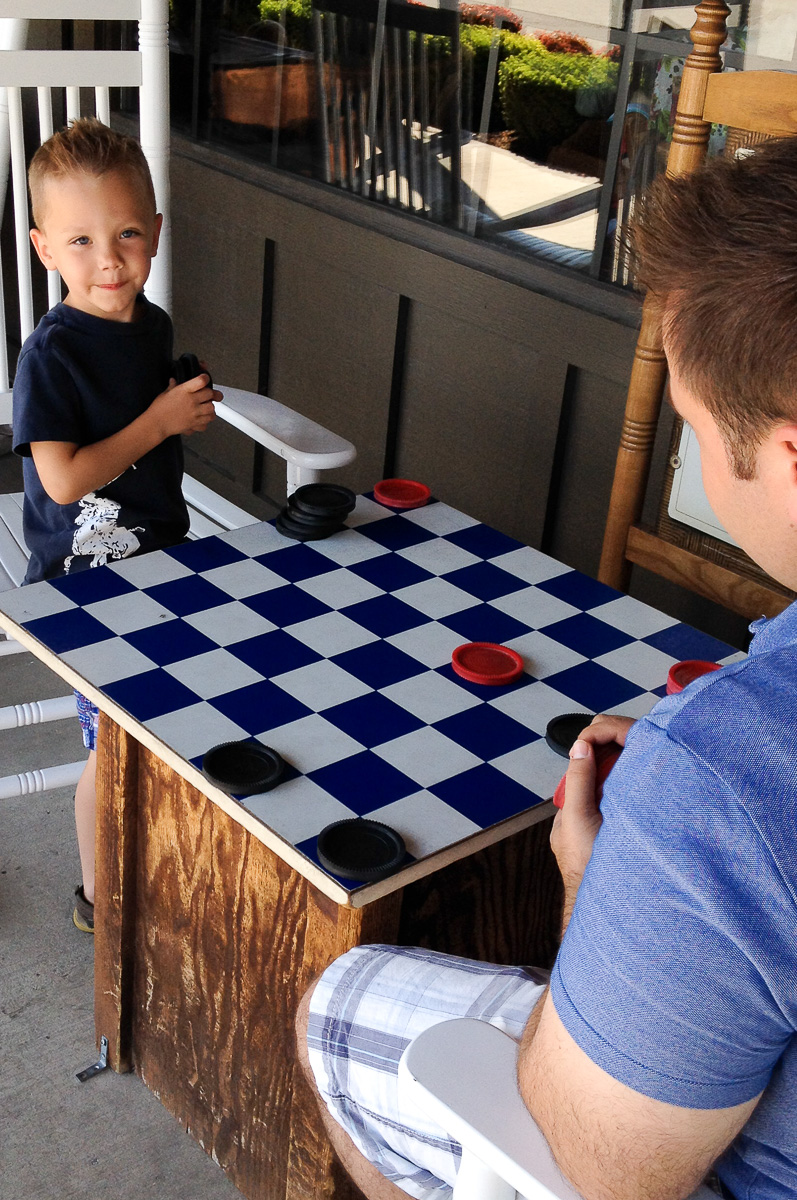 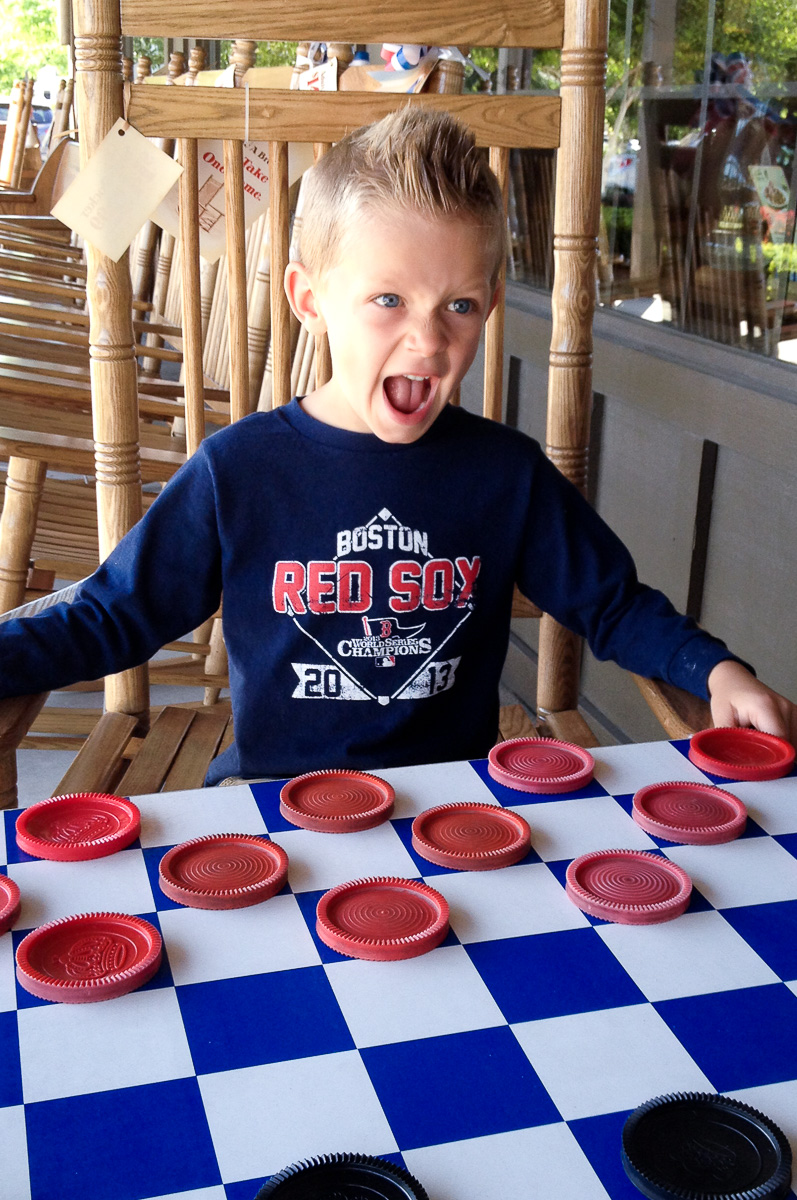 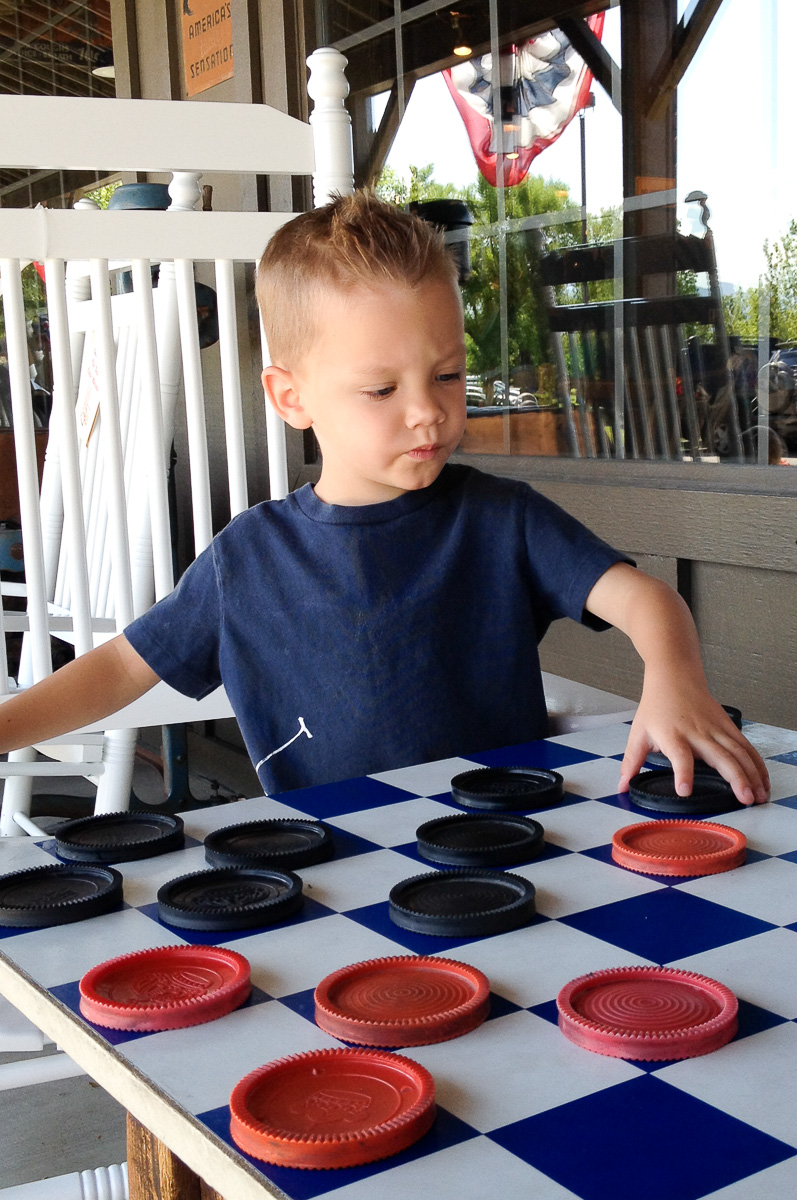 It was kind of a downward spiral from there. We had planned on going to a local “beach” to play for a few hours, but by the time we were done with breakfast and games, Crew needed a nap. And then after hours of packing up five people for a camping reunion (which meant including bedding for the cabin stay), it was time to head to the campground.

Troy and I had no data left on our phones after using them so much in New York, so we looked up directions beforehand instead of using navigation. We missed a turn, which led us high into the wrong mountain. The winding roads made me sick, of course, so I switched to the driver’s seat before we turned around and headed all the way back down and back up into the right mountain.

We eventually made it to the campground. But the next 24 hours were filled with me constantly chasing around three little boys in the woods. Mostly a certain one year old that I couldn’t take my eyes off for one second. And, of course, every conversation I had while running around was about having a fourth boy, which isn’t exactly what I love reliving over and over and over. 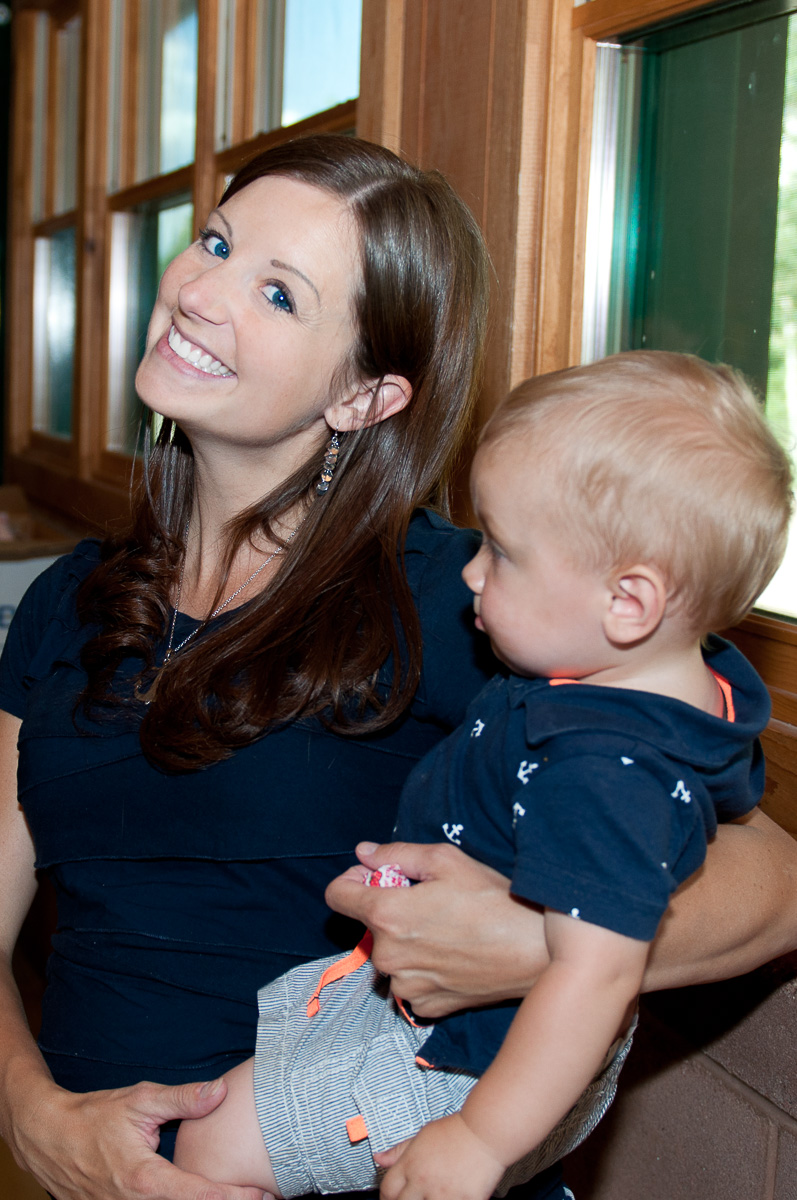 The rest of the reunion was filled with very little sleep on hard surfaces and cleaning up several rounds of the stomach flu that Blake came down with the next morning. Which in turn trickled to the rest of us. By lunch time, we just gave up and went home.

Thankfully, the sickness didn’t strike until after the boys spent a good long day playing their hearts out with lots of cousins in the woods. It’s amazing how fascinating those sticks and rocks were. 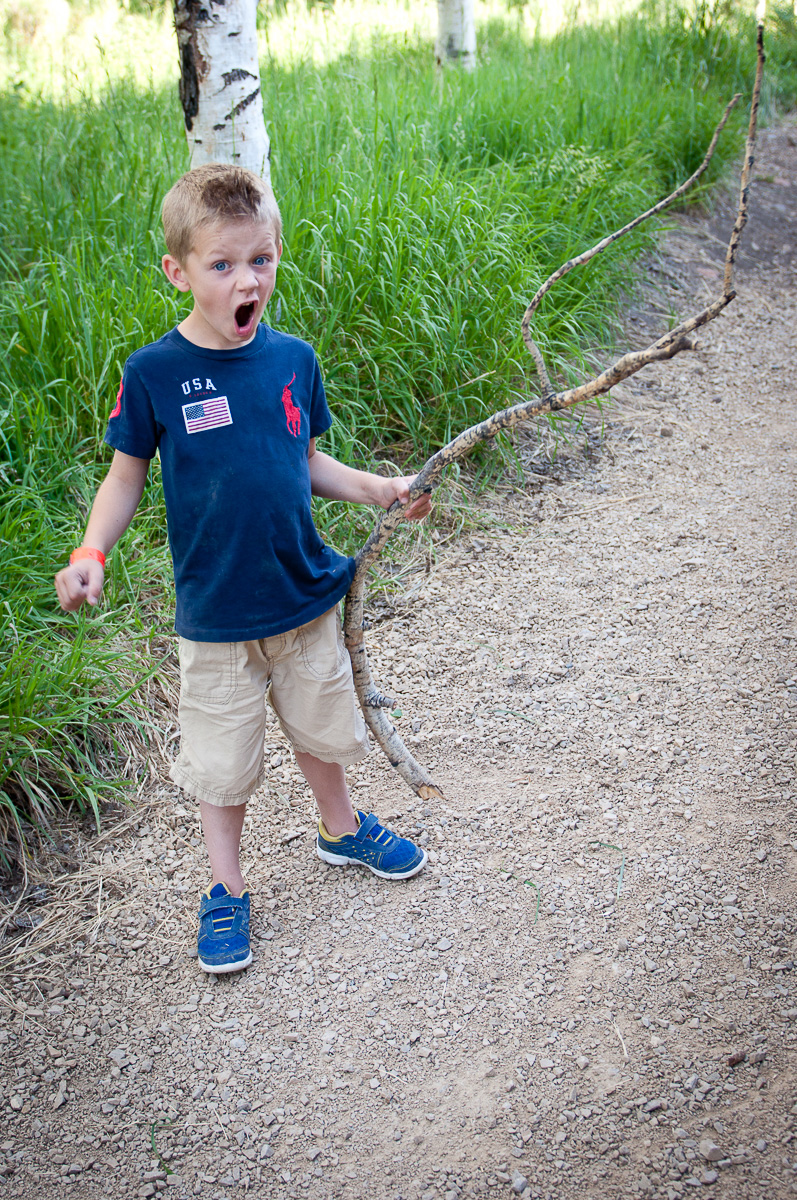 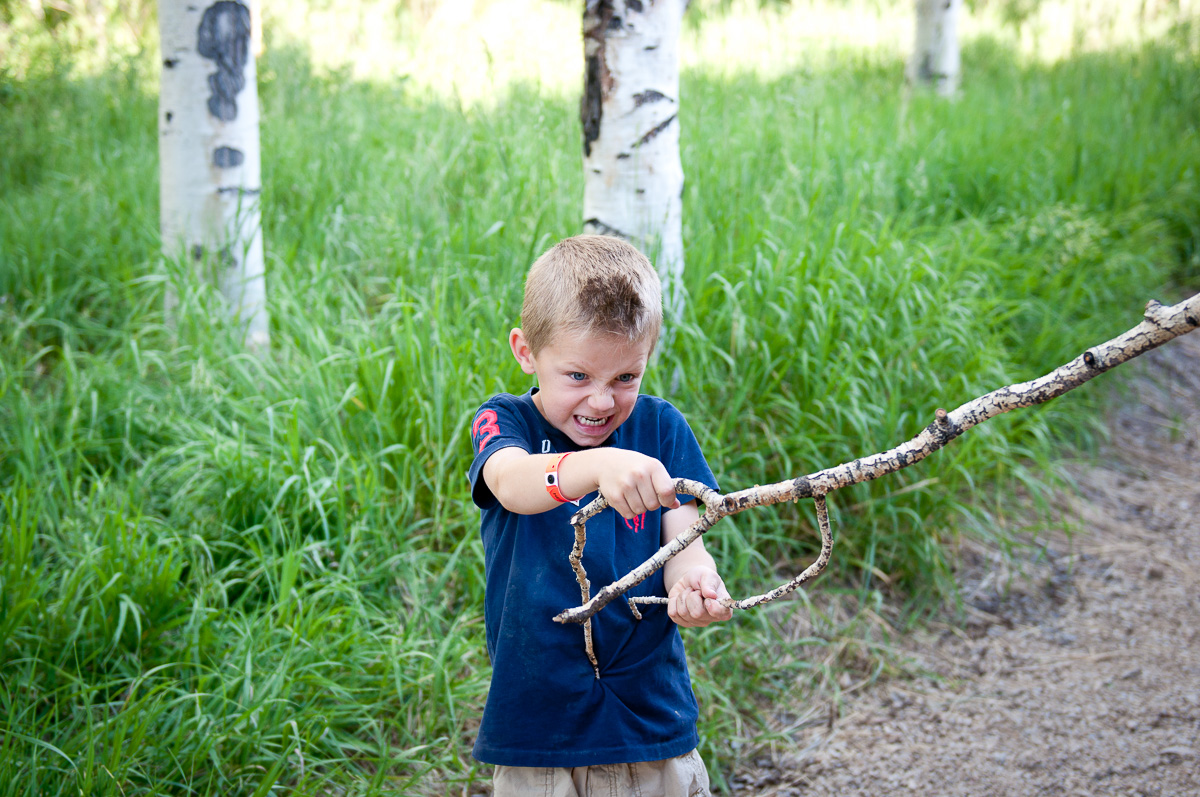 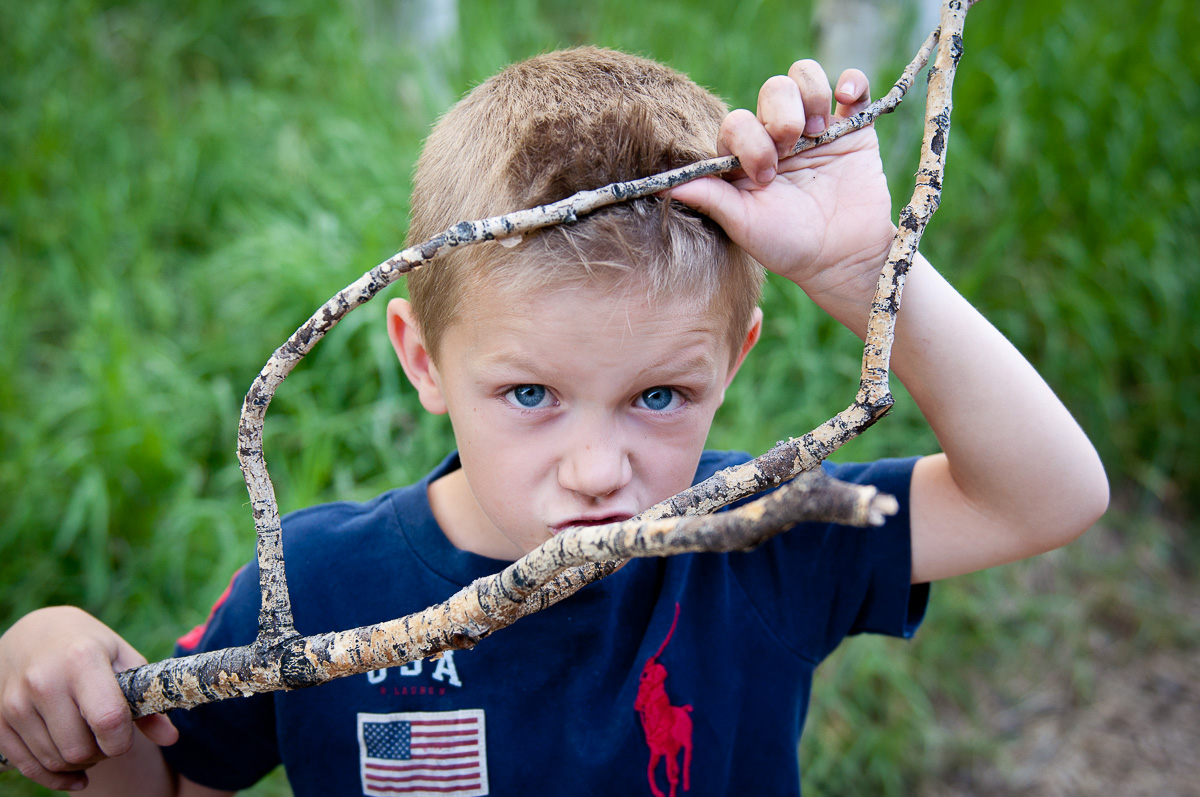 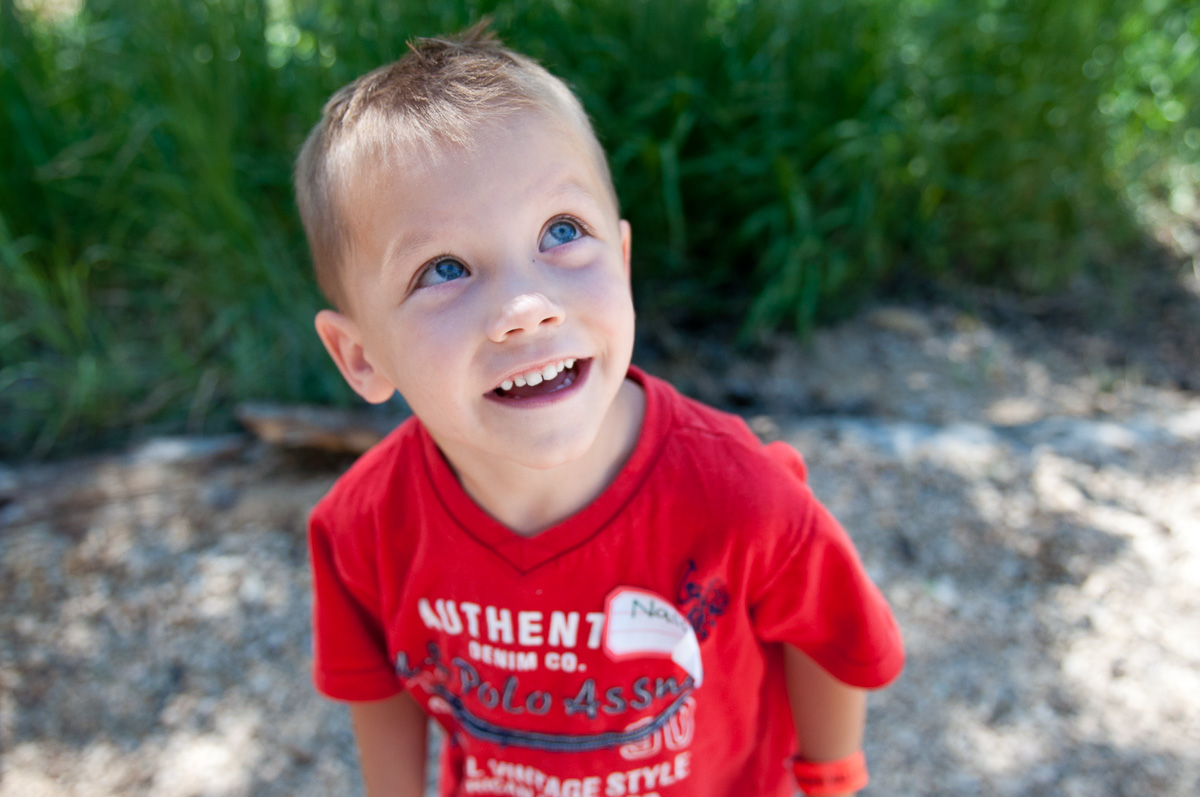 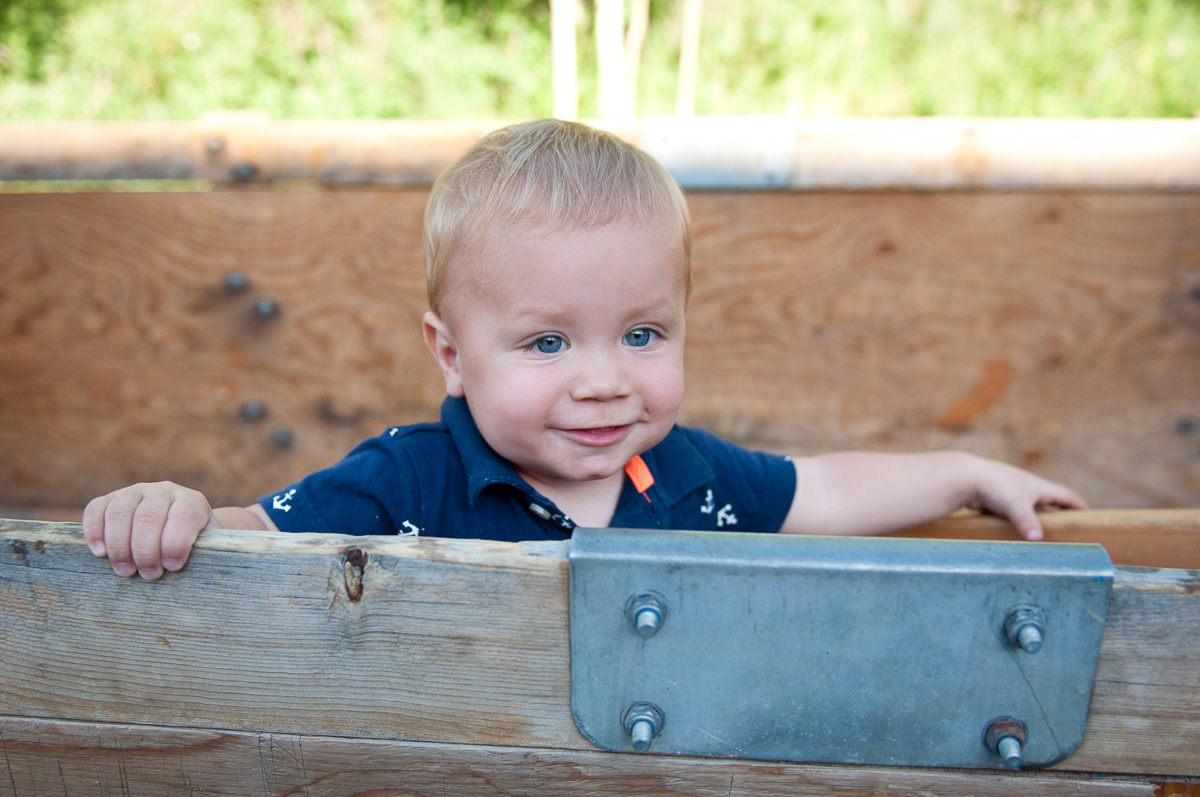 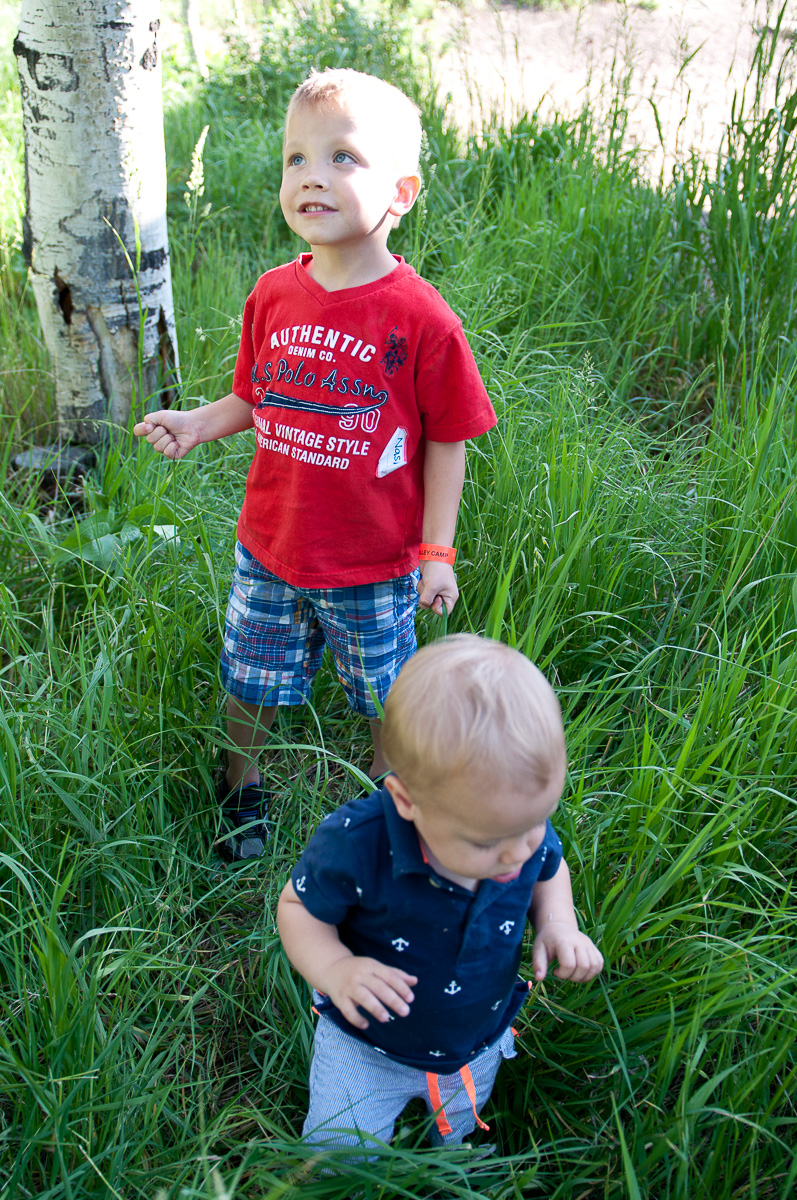 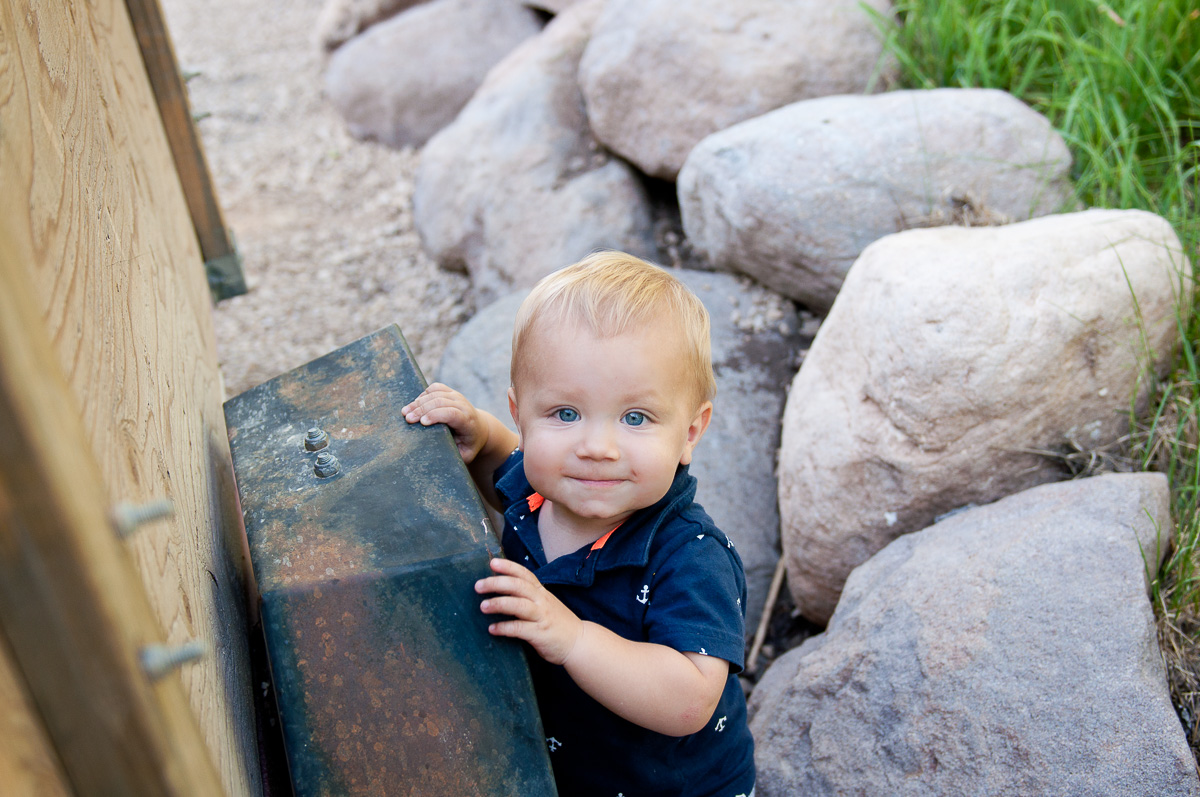 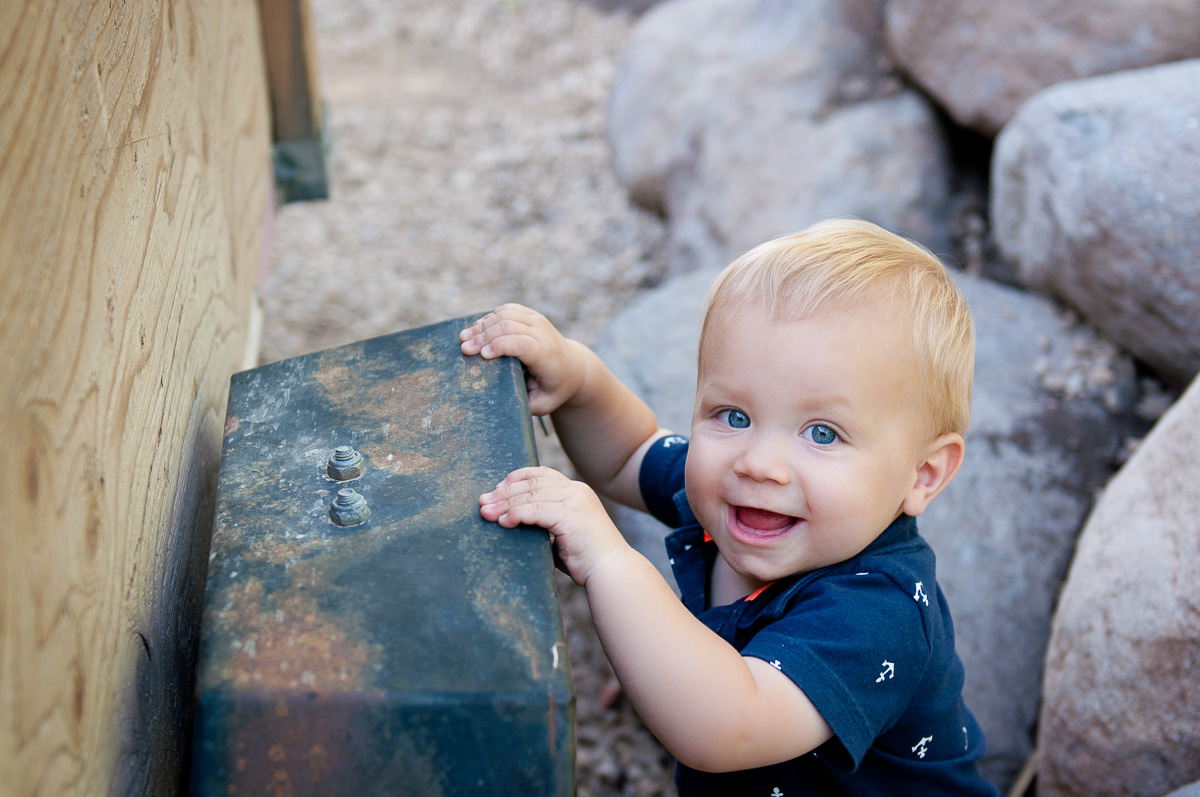 They gave all of the children flags to wave while singing Yankee Doodle. Crew spent a good twenty minutes placing and replacing his flag in the umbrella stand. 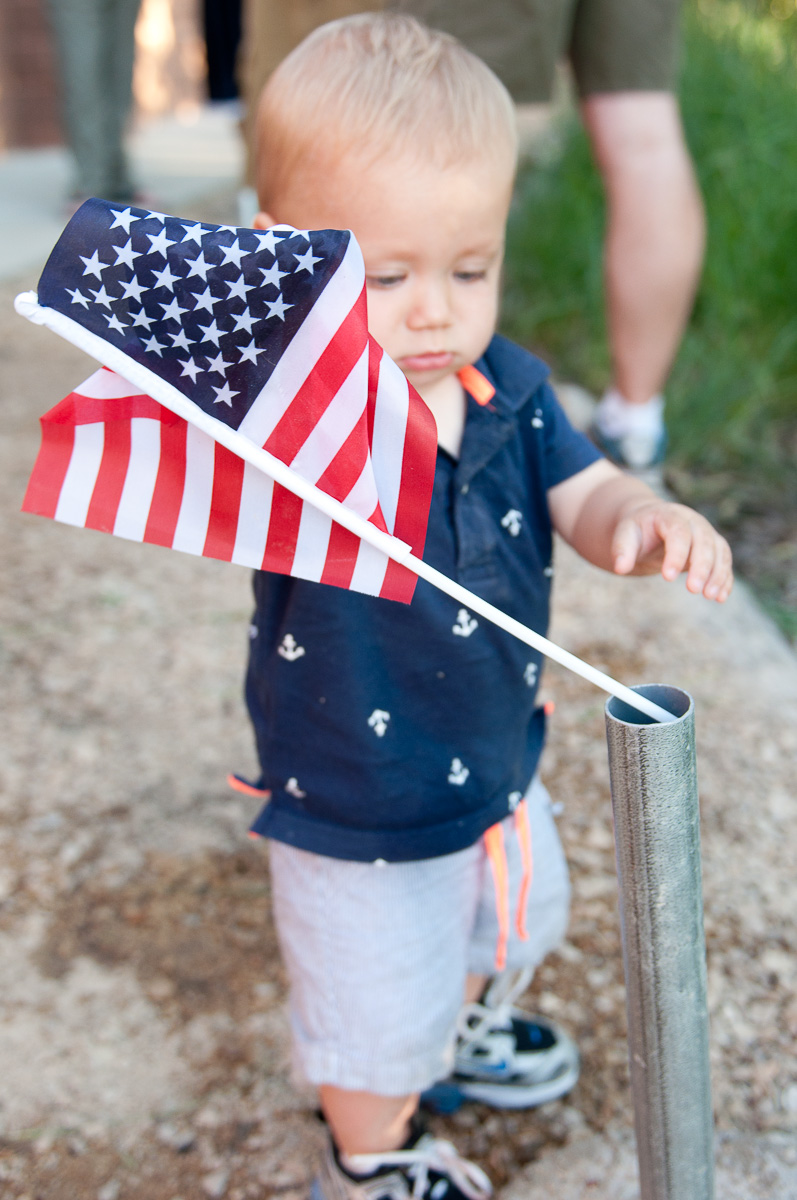 If nothing else, we at least got to enjoy the golden hour of sunlight shining in through the beautiful trees. 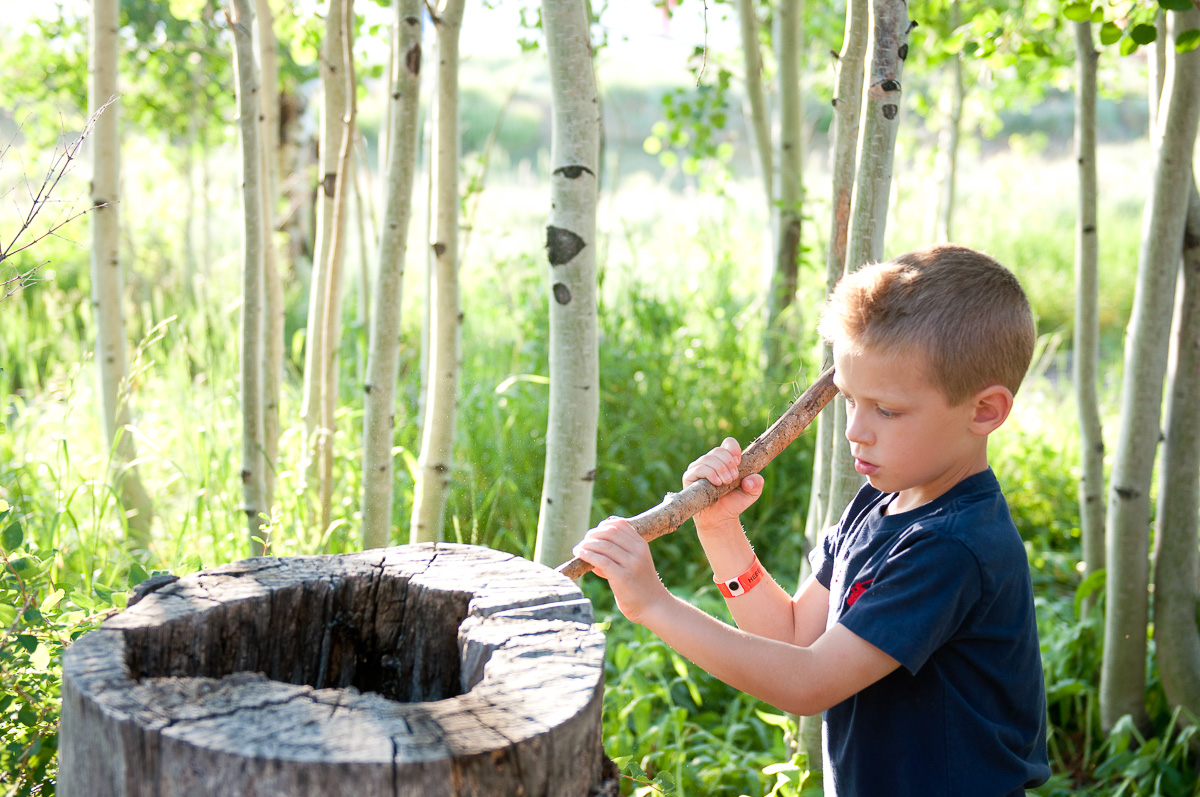 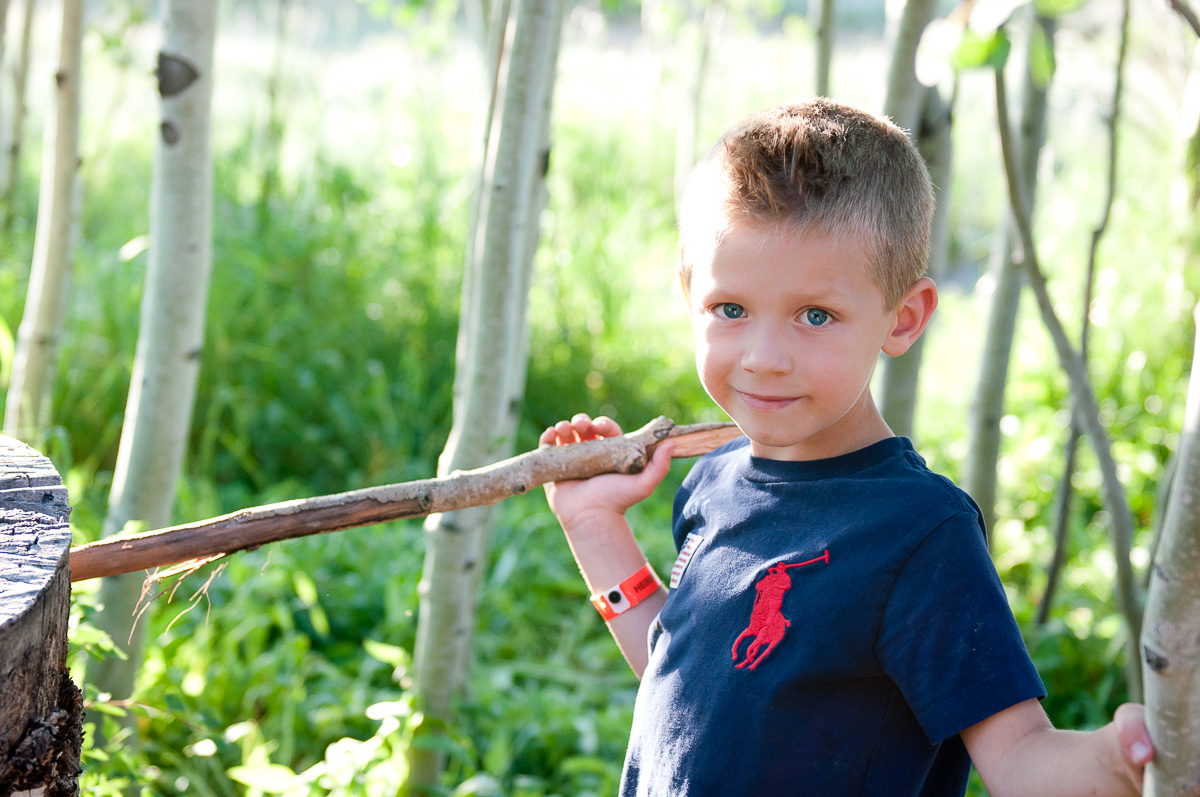 And ended up covered in dirt by the end of the night. 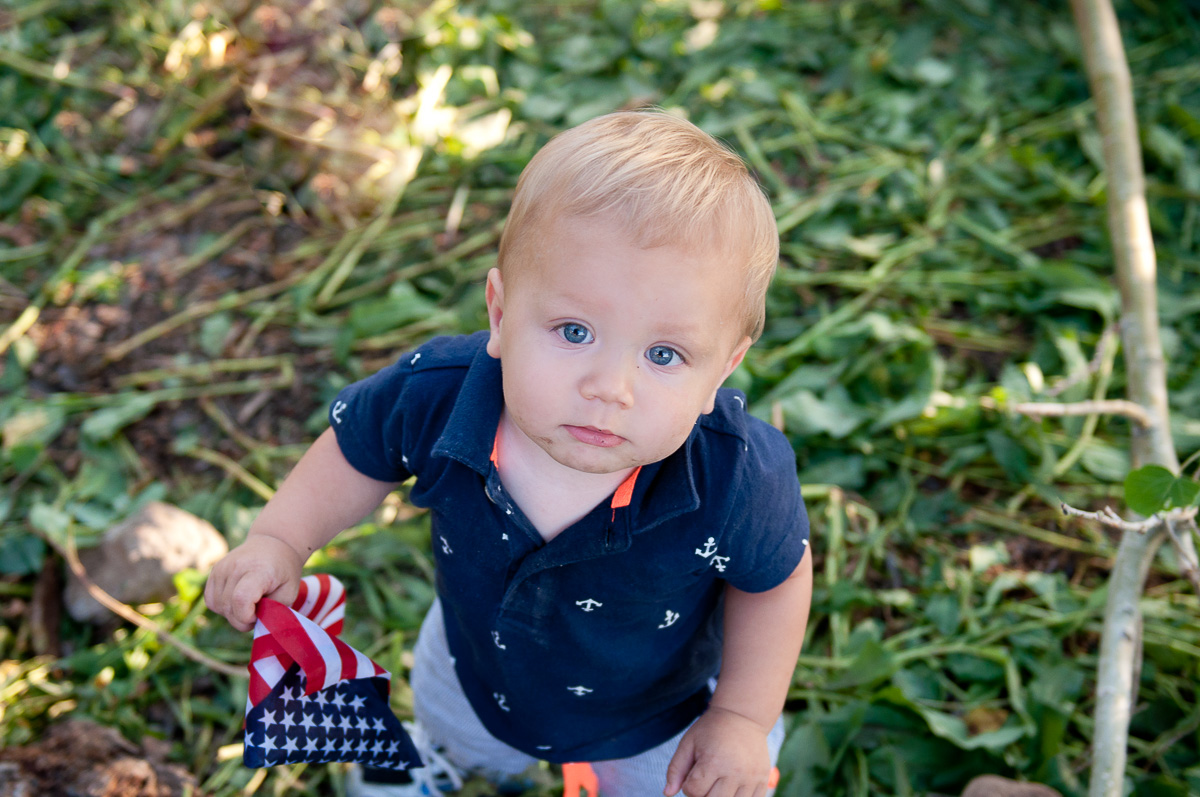 We staggered each of our boys’ bedtimes since we were all piled together in one room and enjoyed a gorgeous mountain sunset in between negotiating with each one. We could even see a few faraway fireworks shows from high in the mountains. 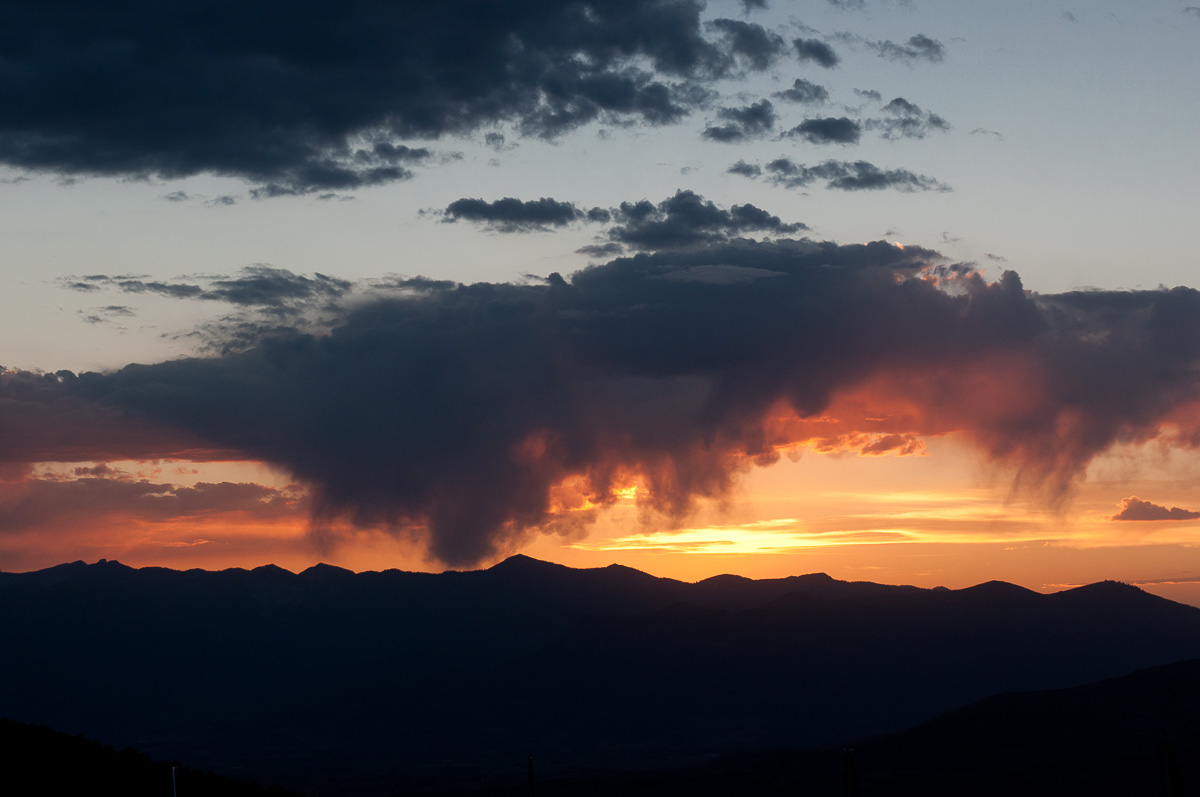 There were no fireworks allowed on the campground, so a roasting pit was formed instead. 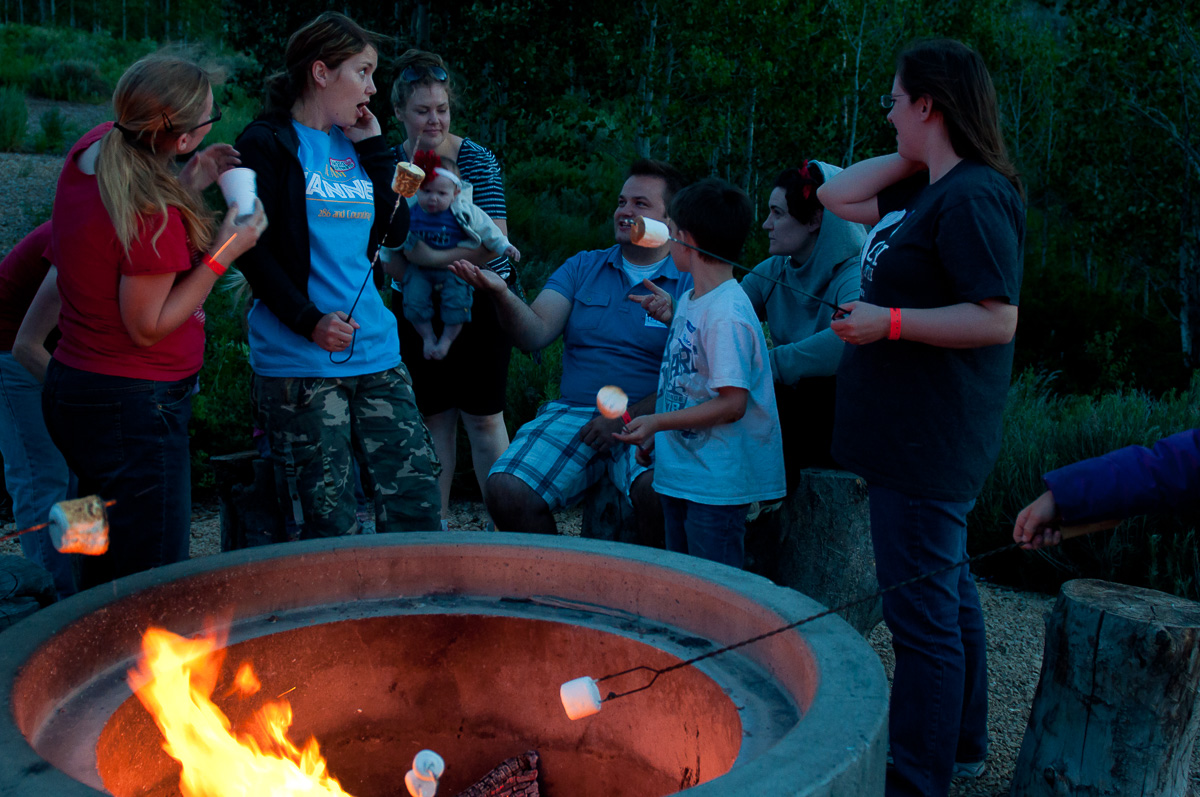 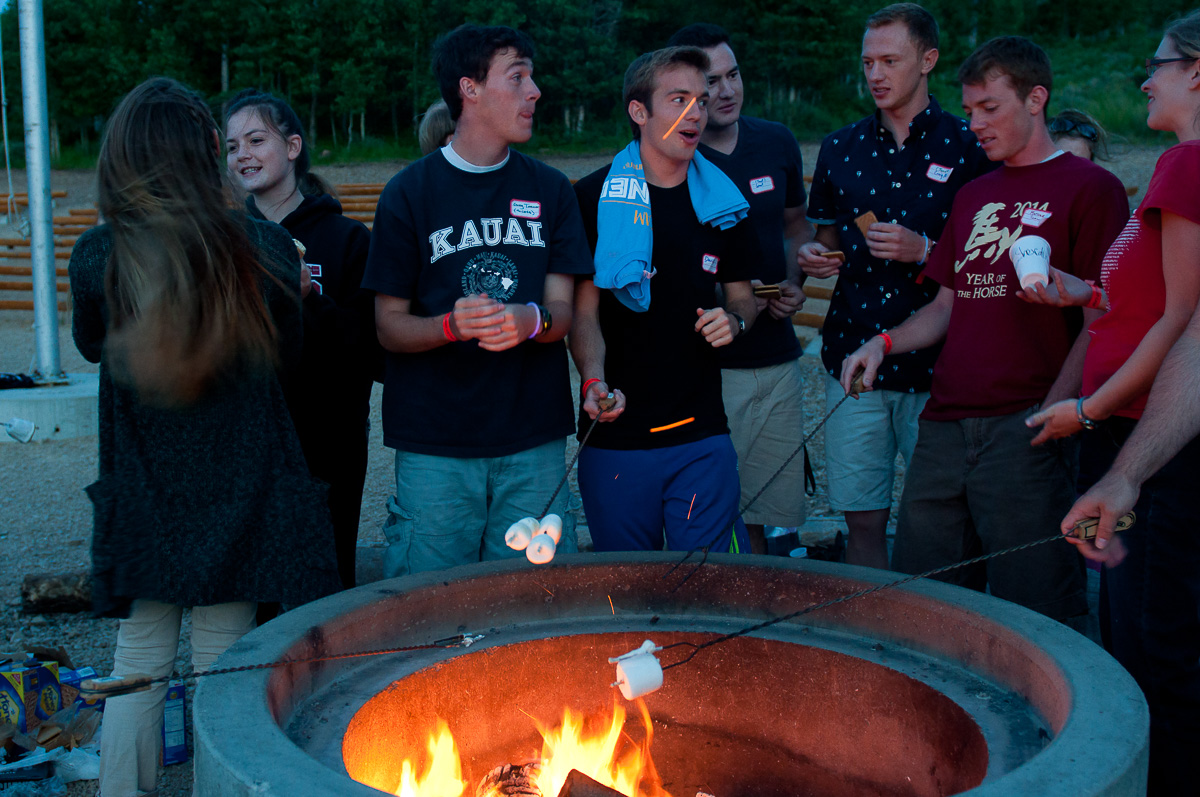 We let Blake stay up late to enjoy some s’mores with the biggest marshmallows he had ever seen. It’s a good thing he ended the night on a high note since the next day ended up being miserable for him. 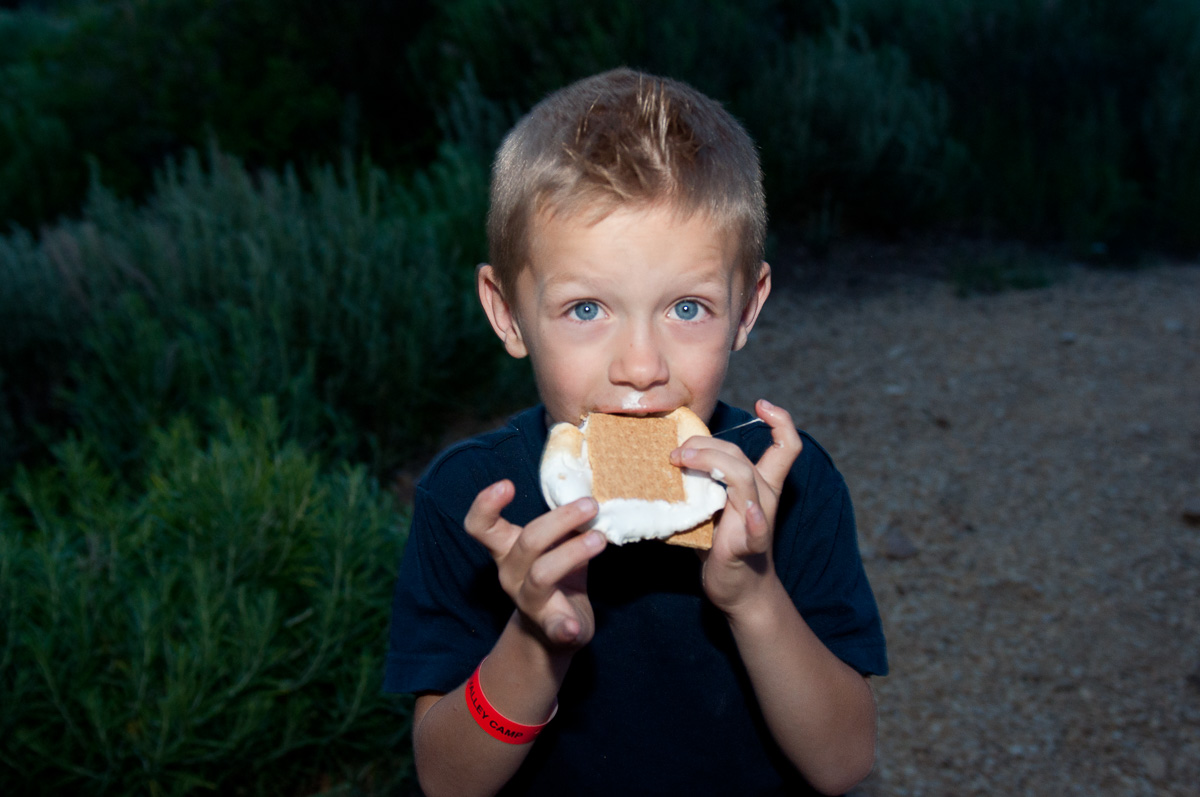 Okay, so it wasn’t a total disaster. And the Tanner family is so quick to show interest in the details of our lives and build us up, which I know is rare in families. But I’m already counting the days until next year, when we can celebrate America with our usual traditions.