We knew we weren’t going to have a traditional 4th of July this year because of a family reunion that was going to take its place.

So, we did our best to make our town celebration that fell a week prior feel a little like the 4th.

We kicked off the festivities with the ever exciting parade. 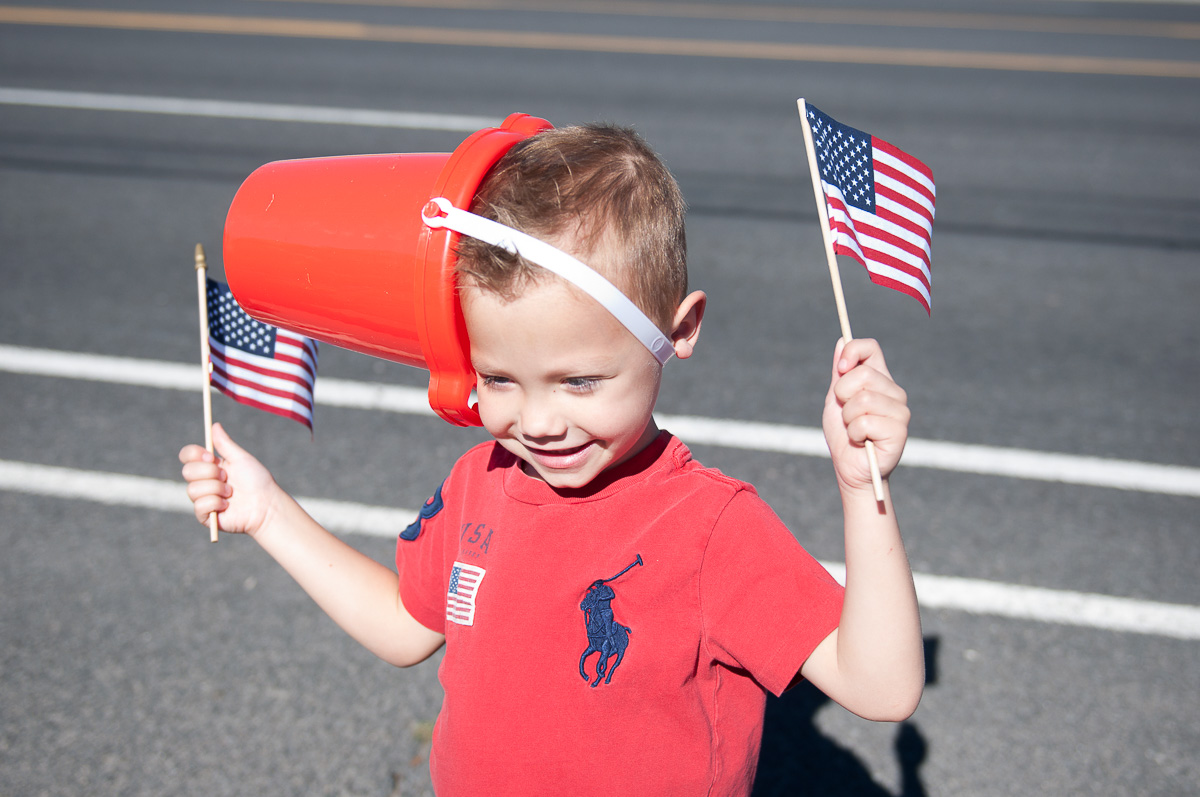 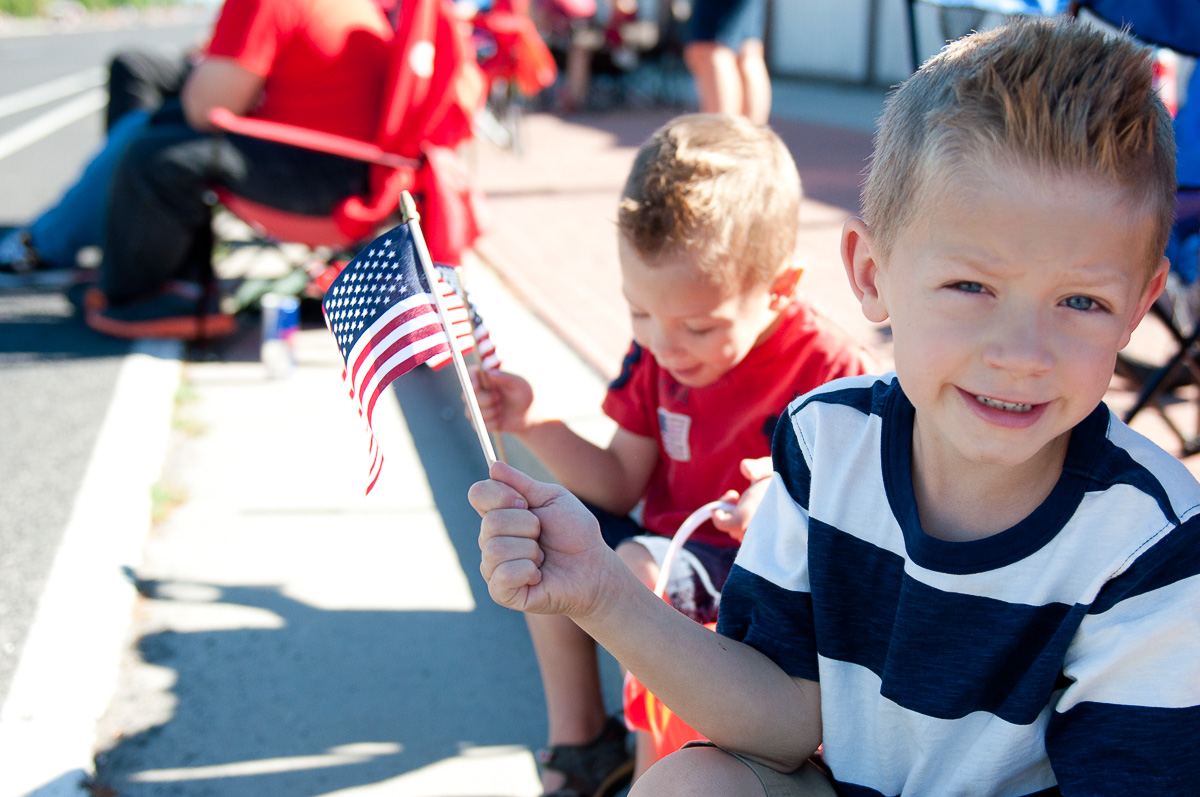 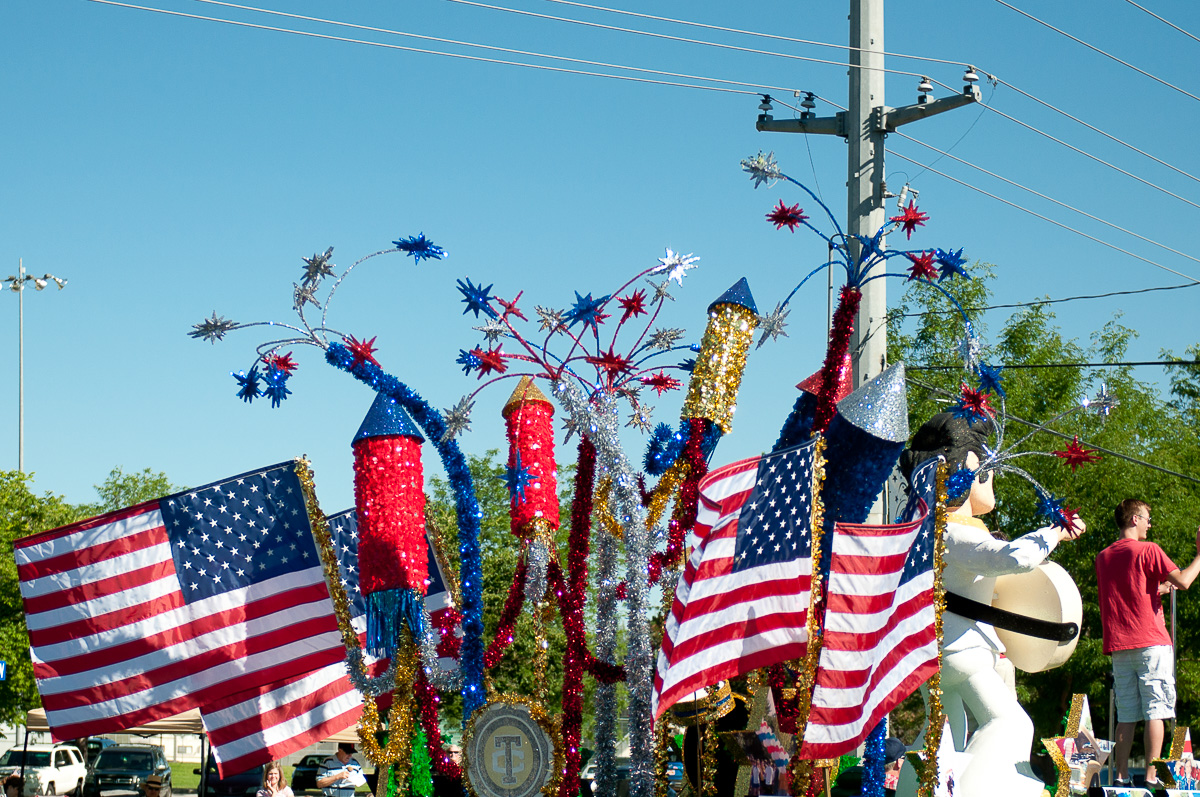 You can tell how thrilled Troy was to be there. 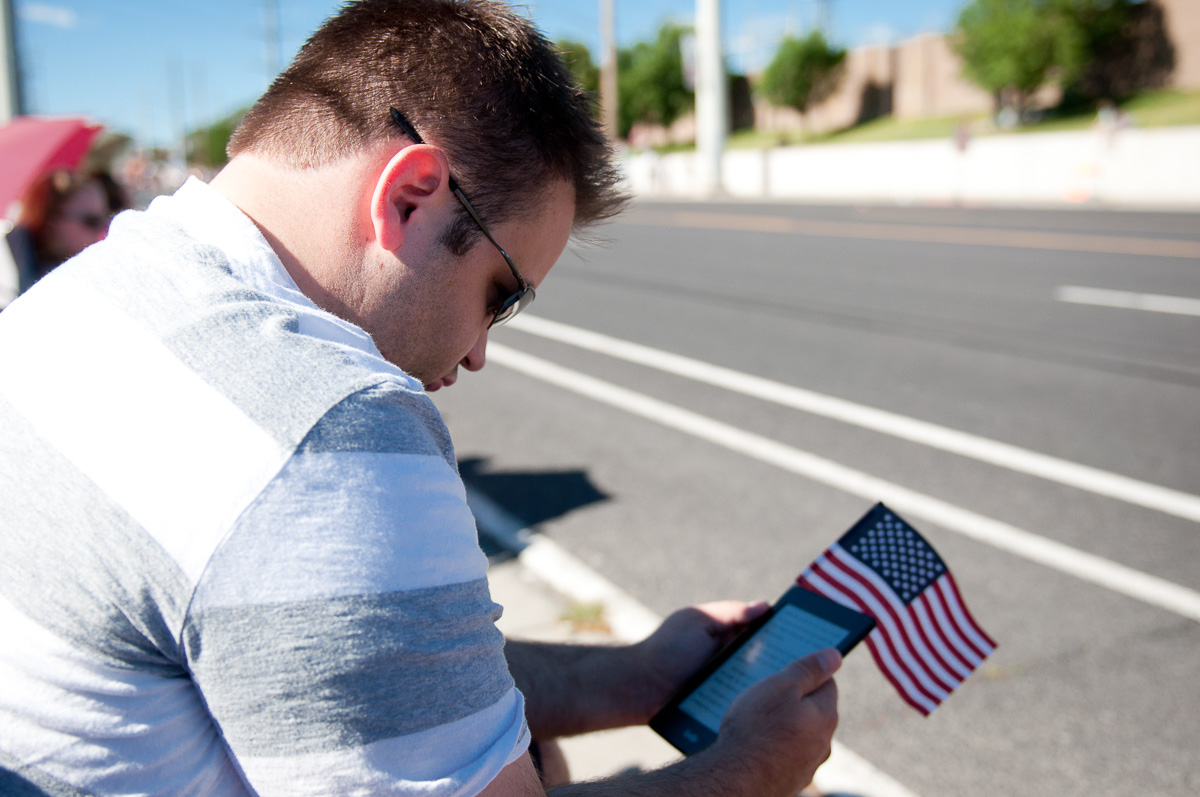 And Crew for that matter. He didn’t exactly understand the concept of running into the street for candy. 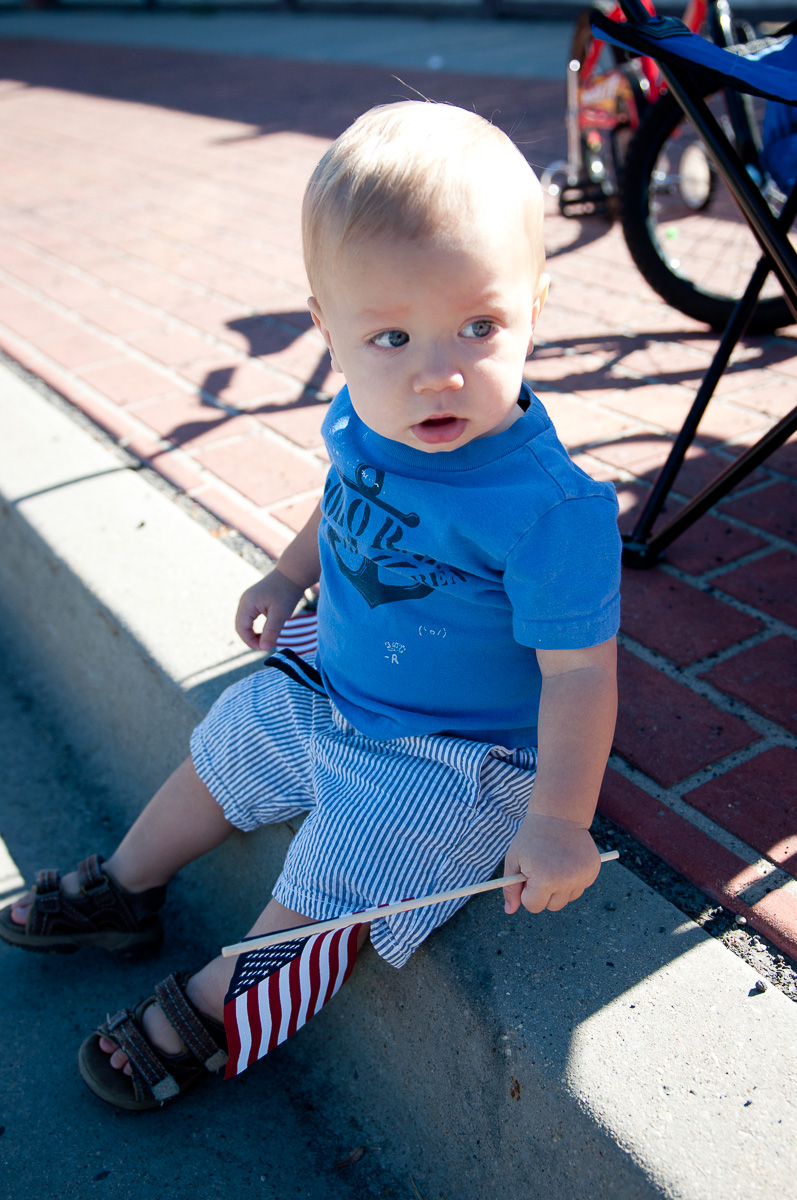 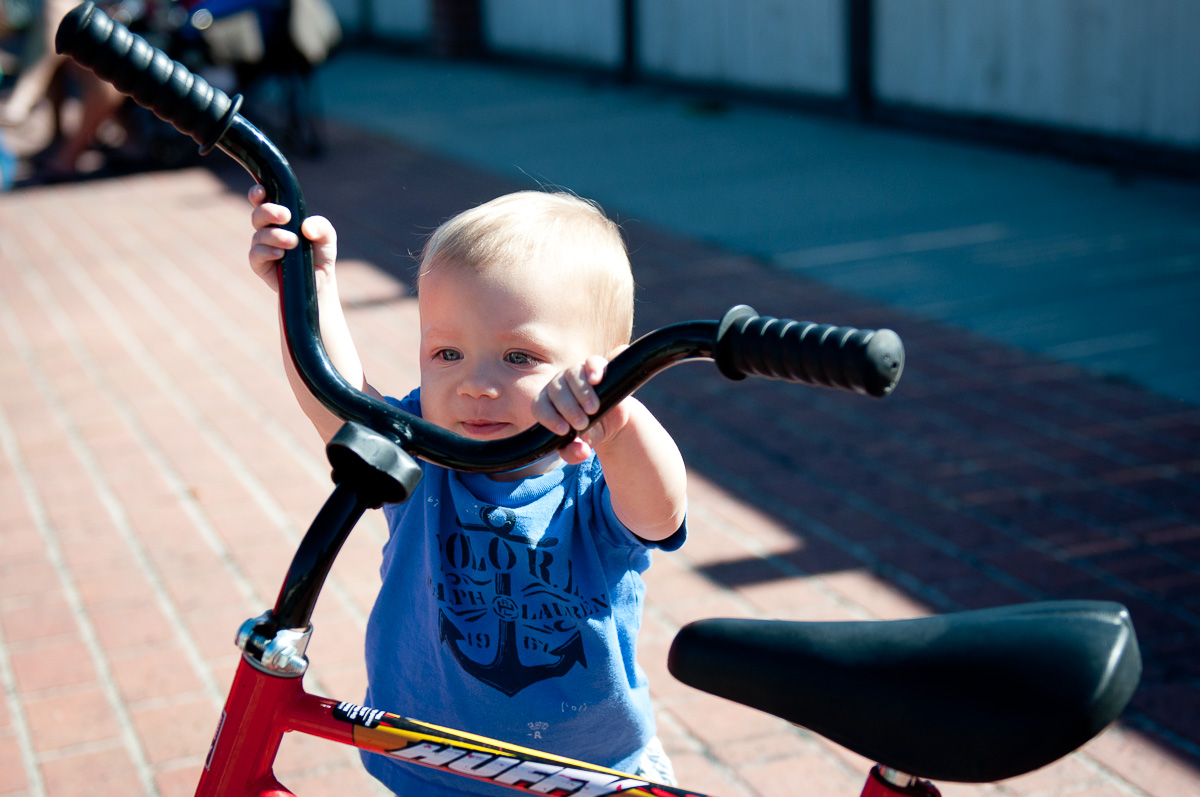 But Blake and Nash filled their buckets to the brim with taffy and Tootsie Rolls and couldn’t have been more pleased. 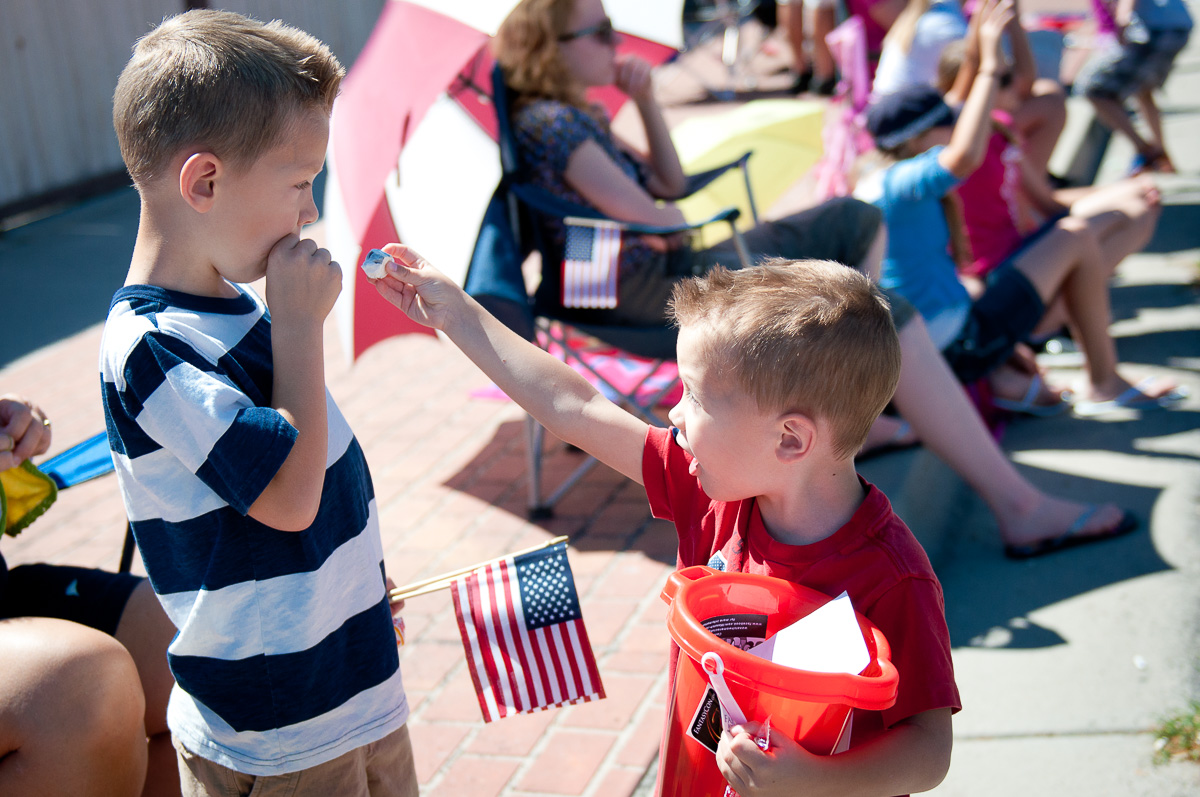 It may not have been the grandest parade in the world, but it doesn’t take much to excite our boys. Especially when such an event takes place on the street around the corner from where we live. 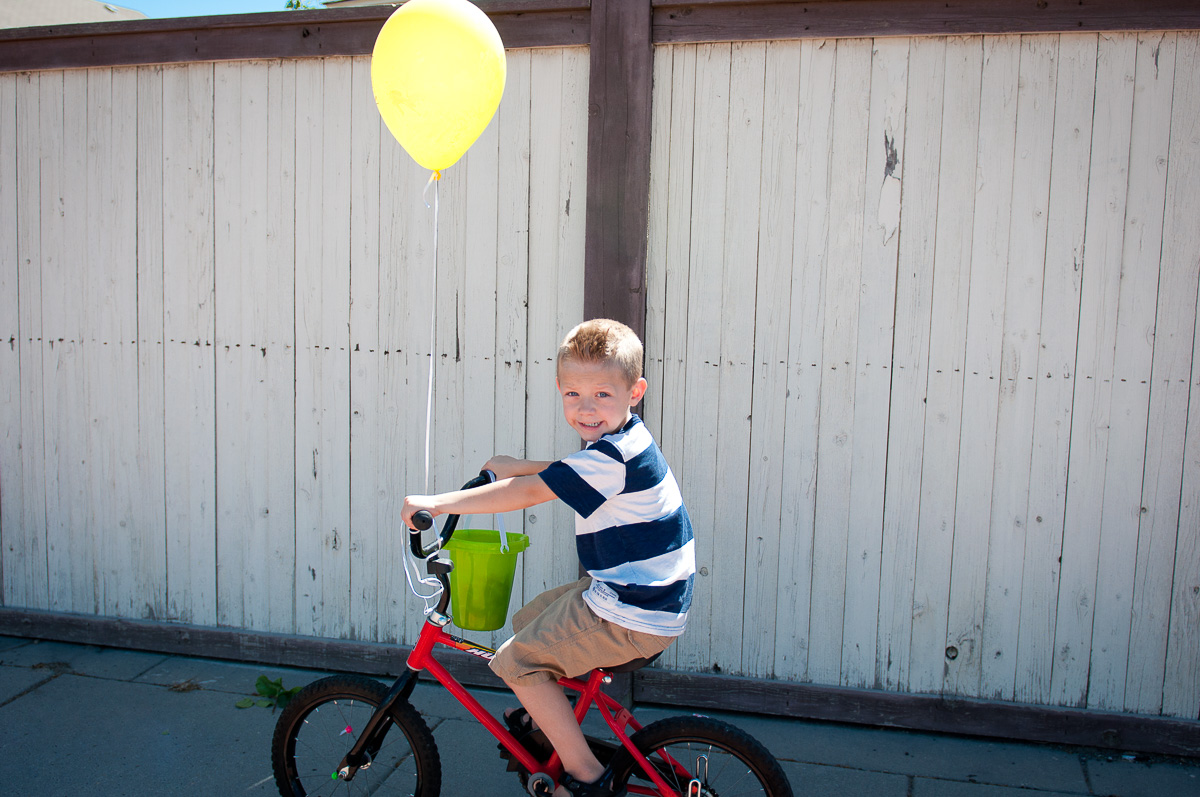 We spent the afternoon at the fairground and grilling in the backyard with extended family. To me, those are 4th of July staples, so I was glad we at least didn’t miss out on those traditions. Even if they weren’t on the actual holiday.

Then it was time for lawn games while we awaited the fireworks spectacular. 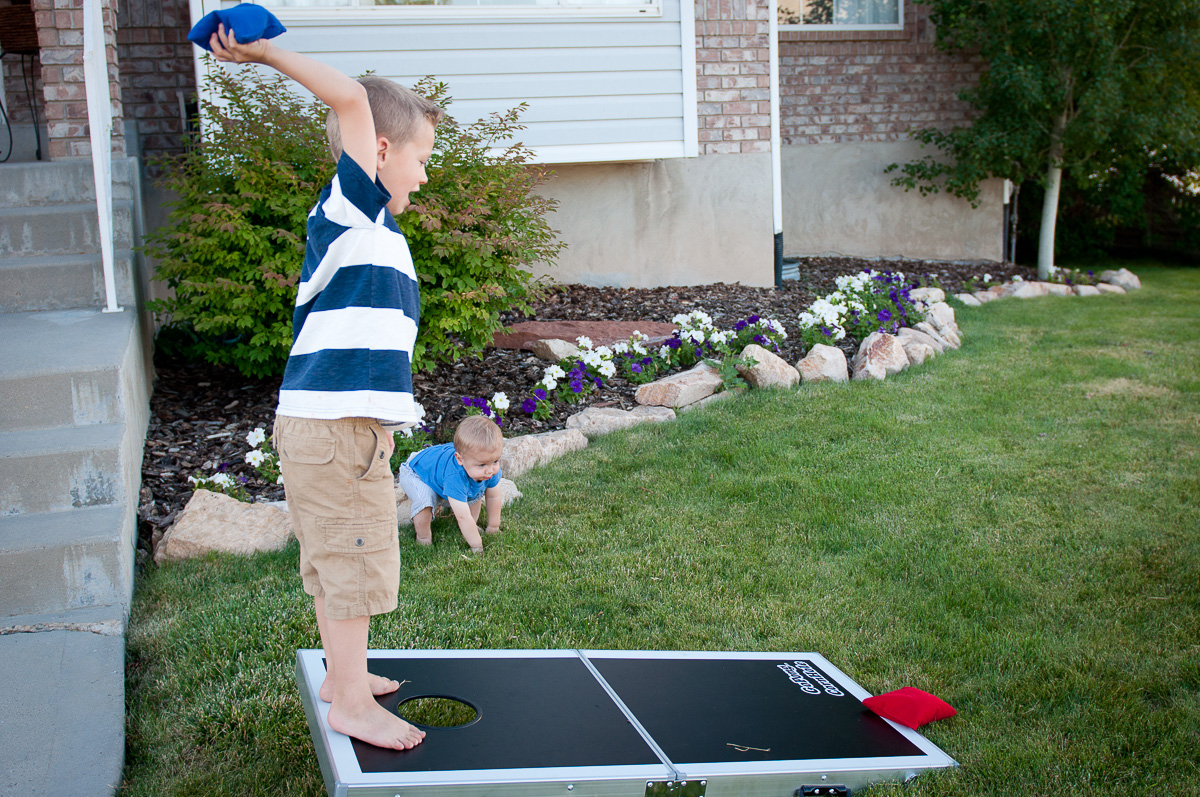 And an epic wrestling match. 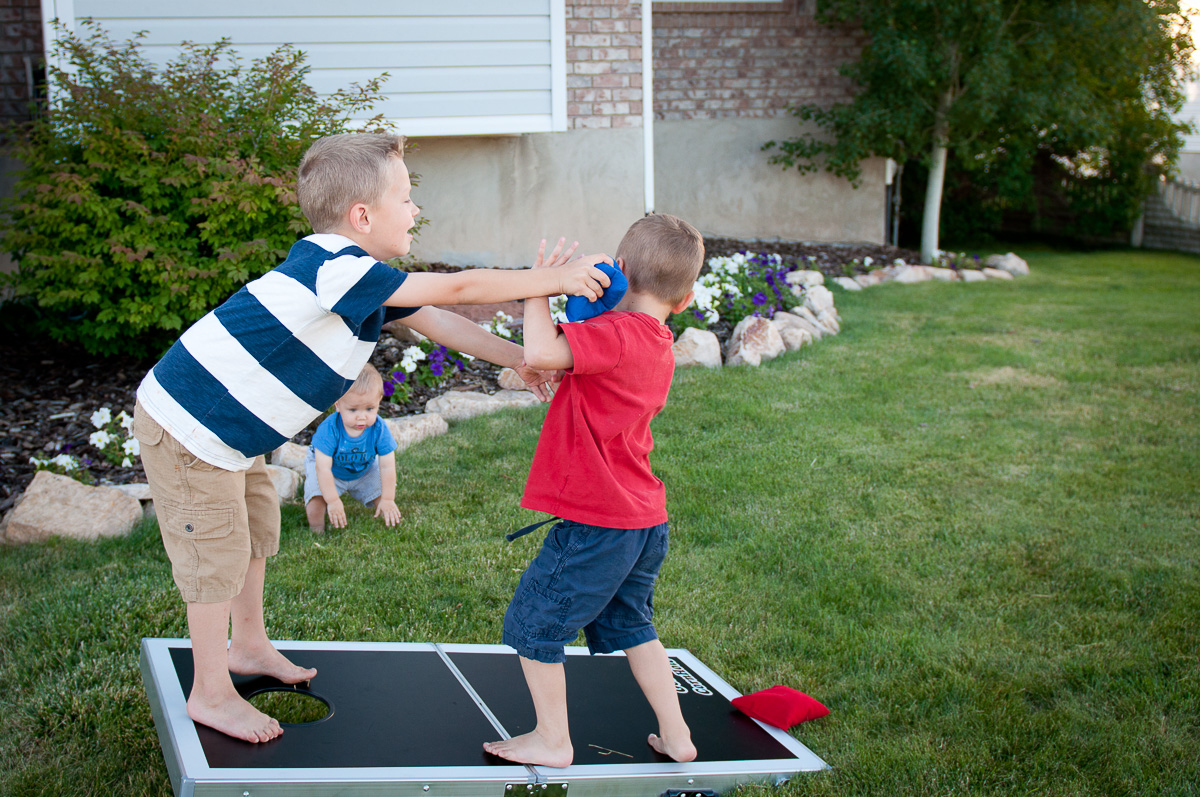 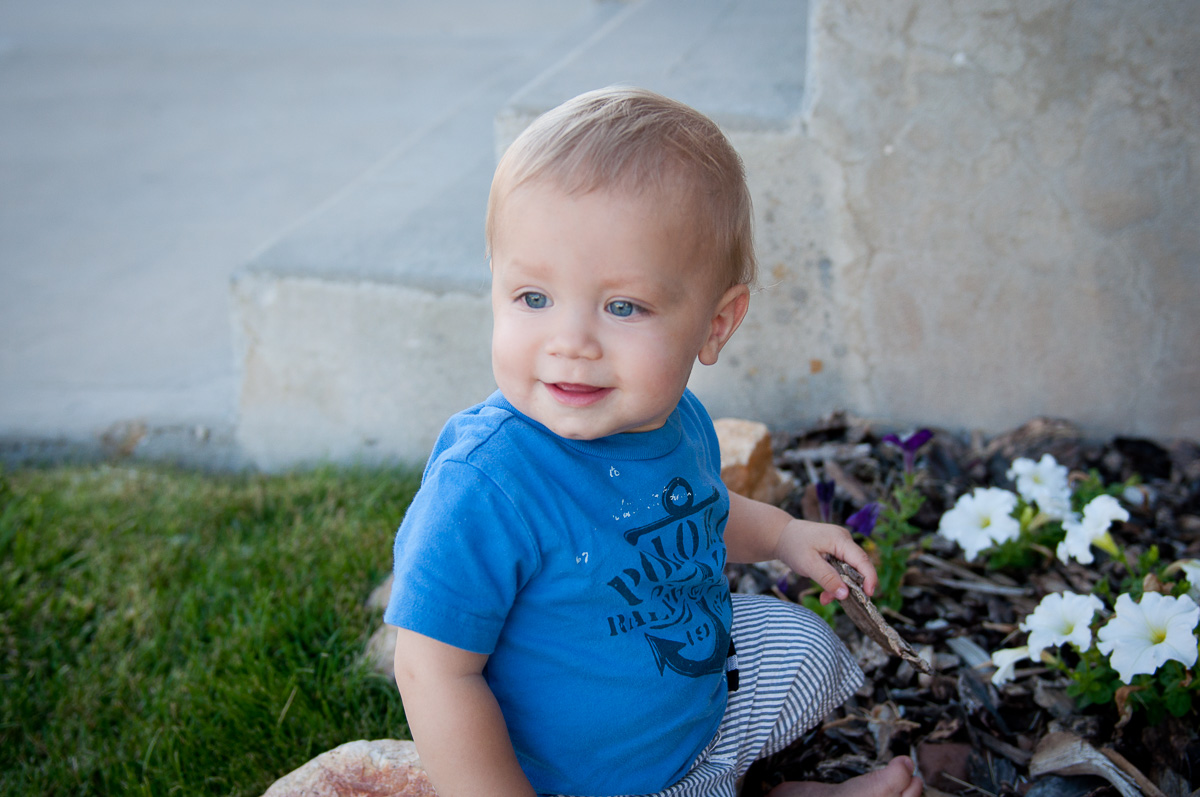 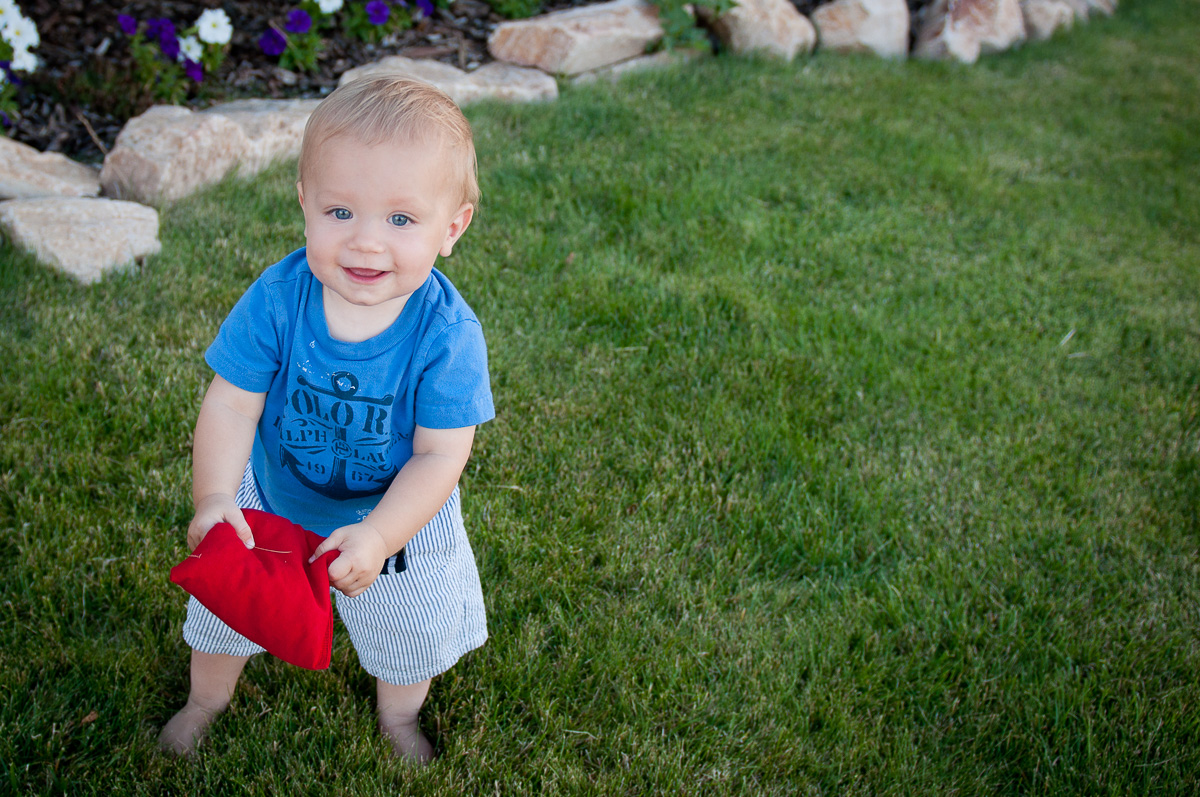 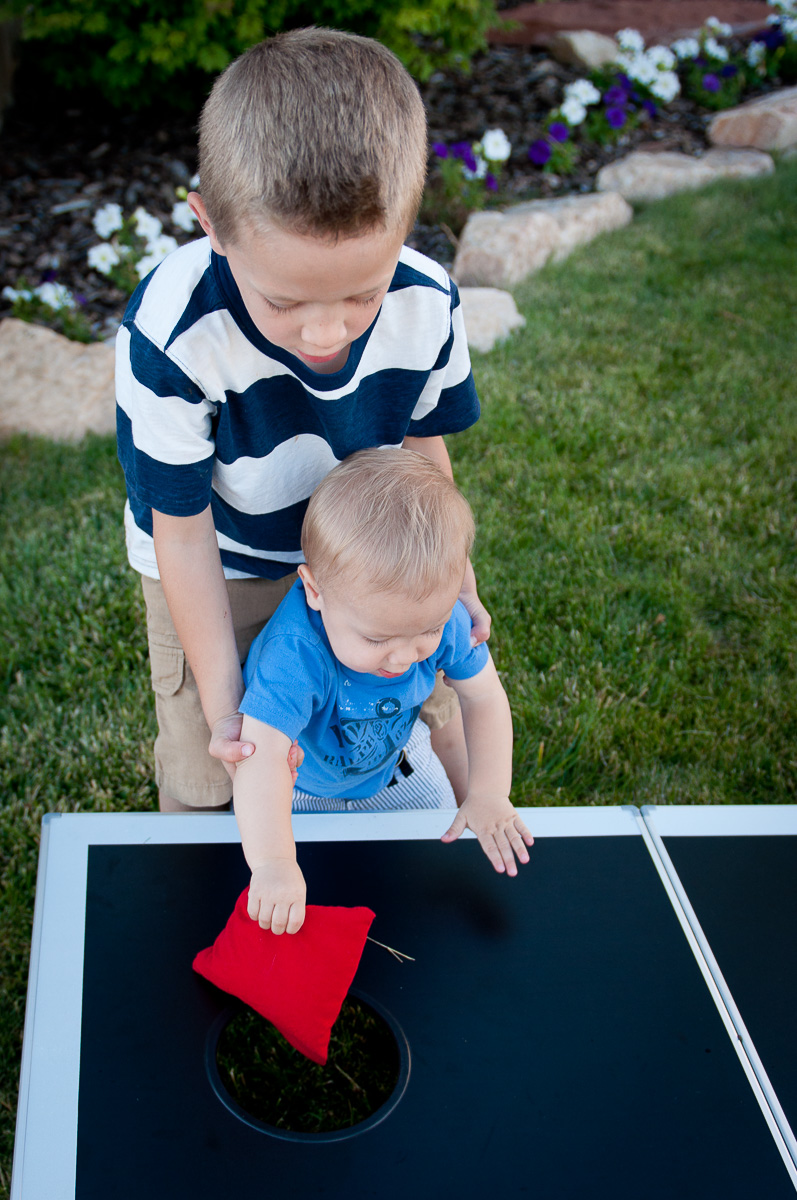 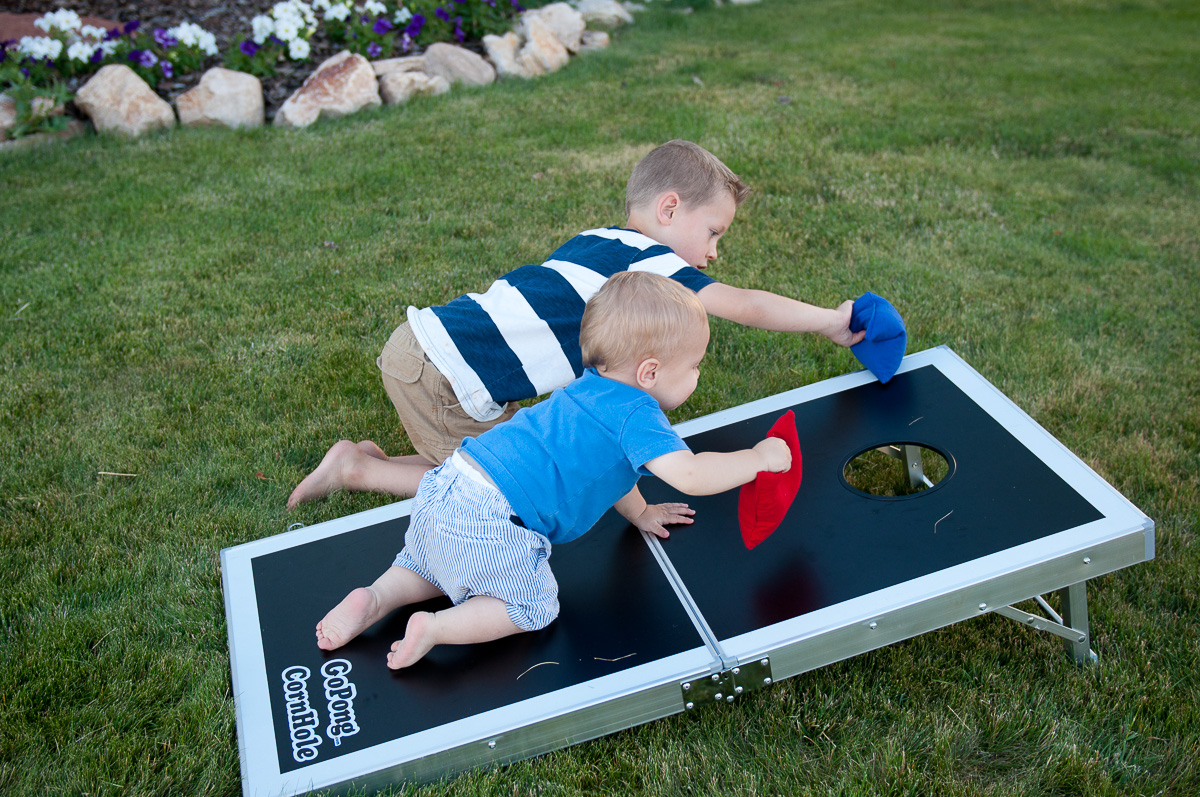 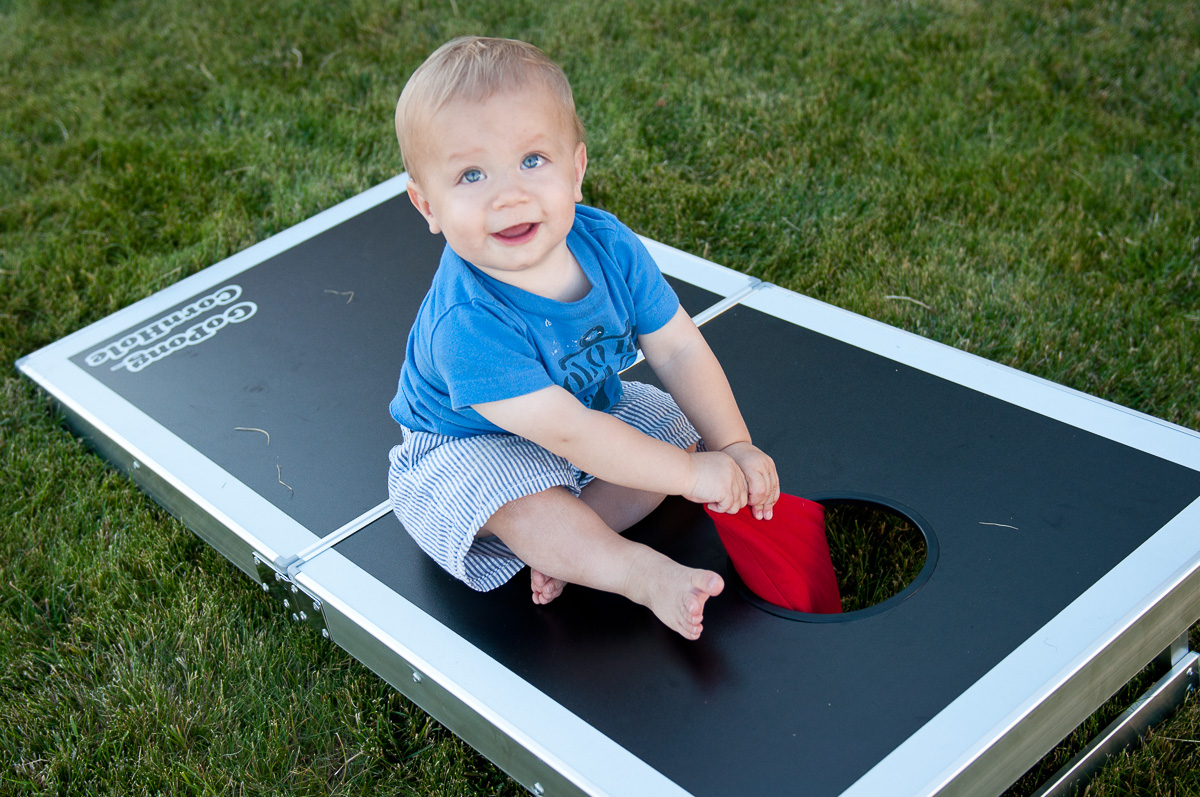 Uncle Todd quickly became the main attraction. Not everyone can hoist a four year old on his back while simultaneously playing Corn Hole. 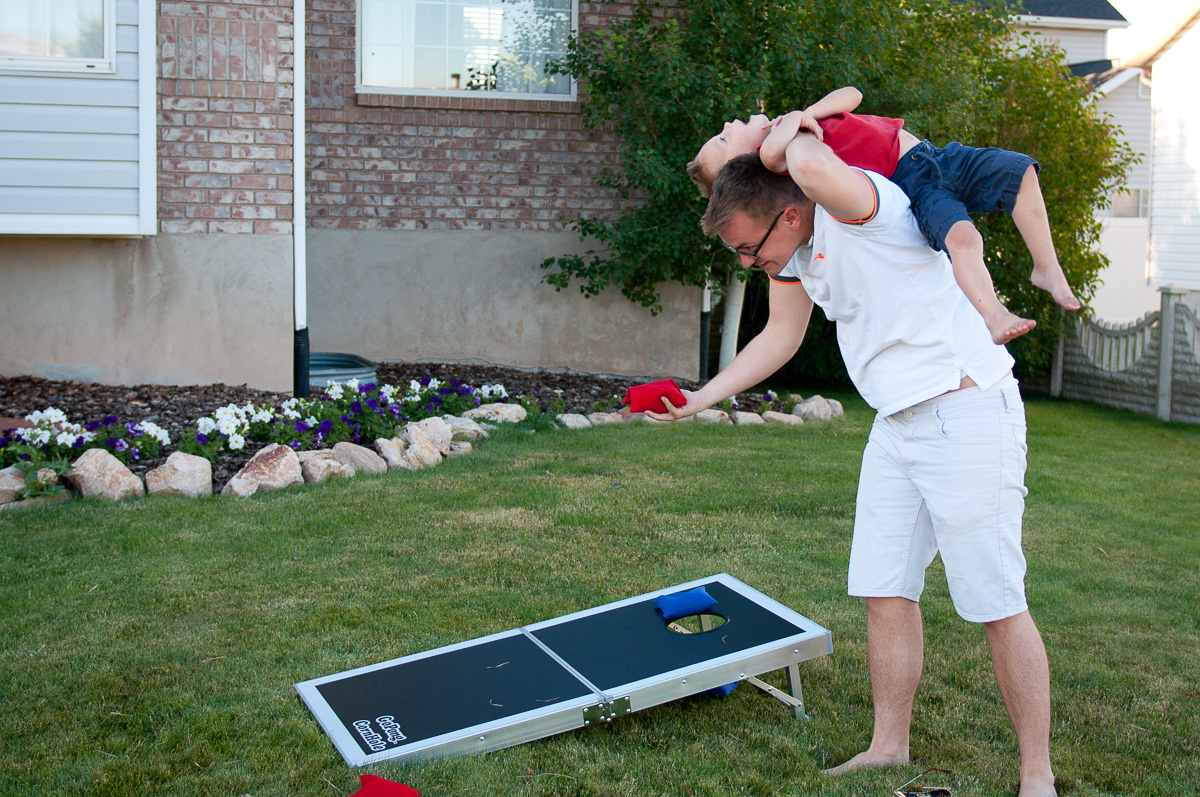 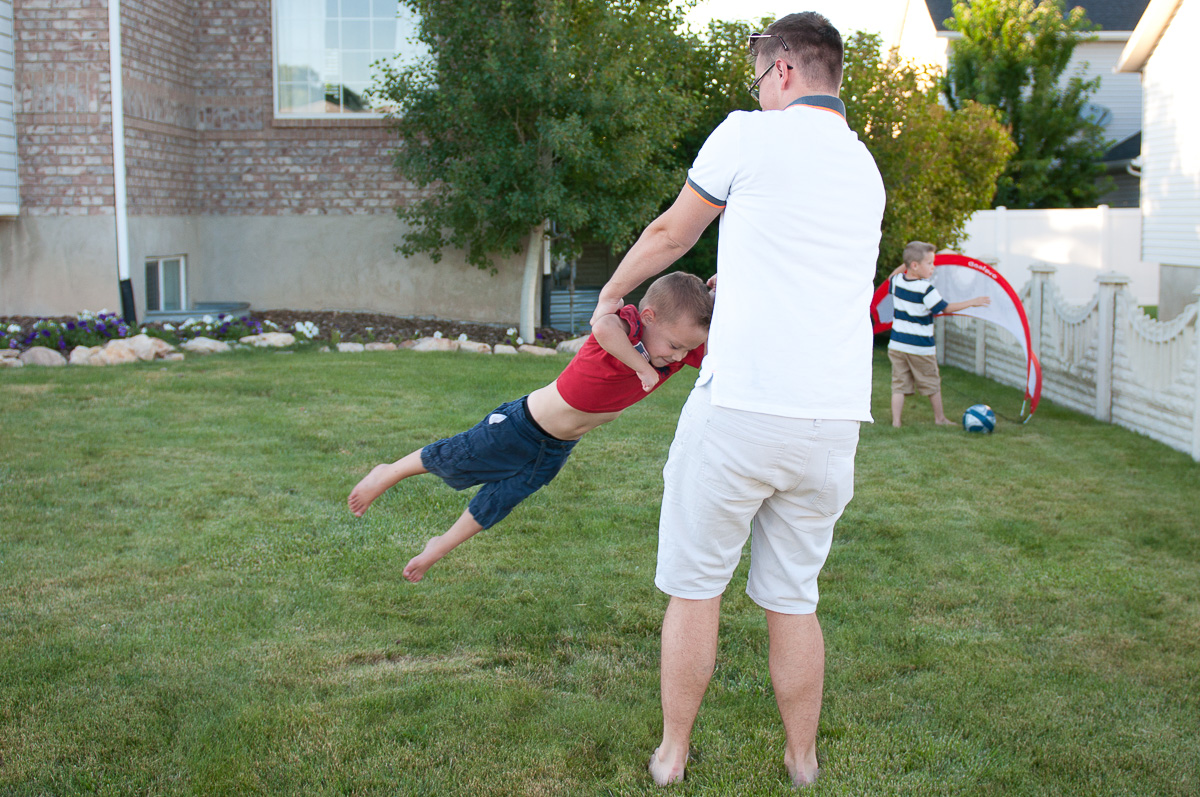 Crew snuck off with the soccer net and would have walked all the way down the street if we hadn’t stopped him. 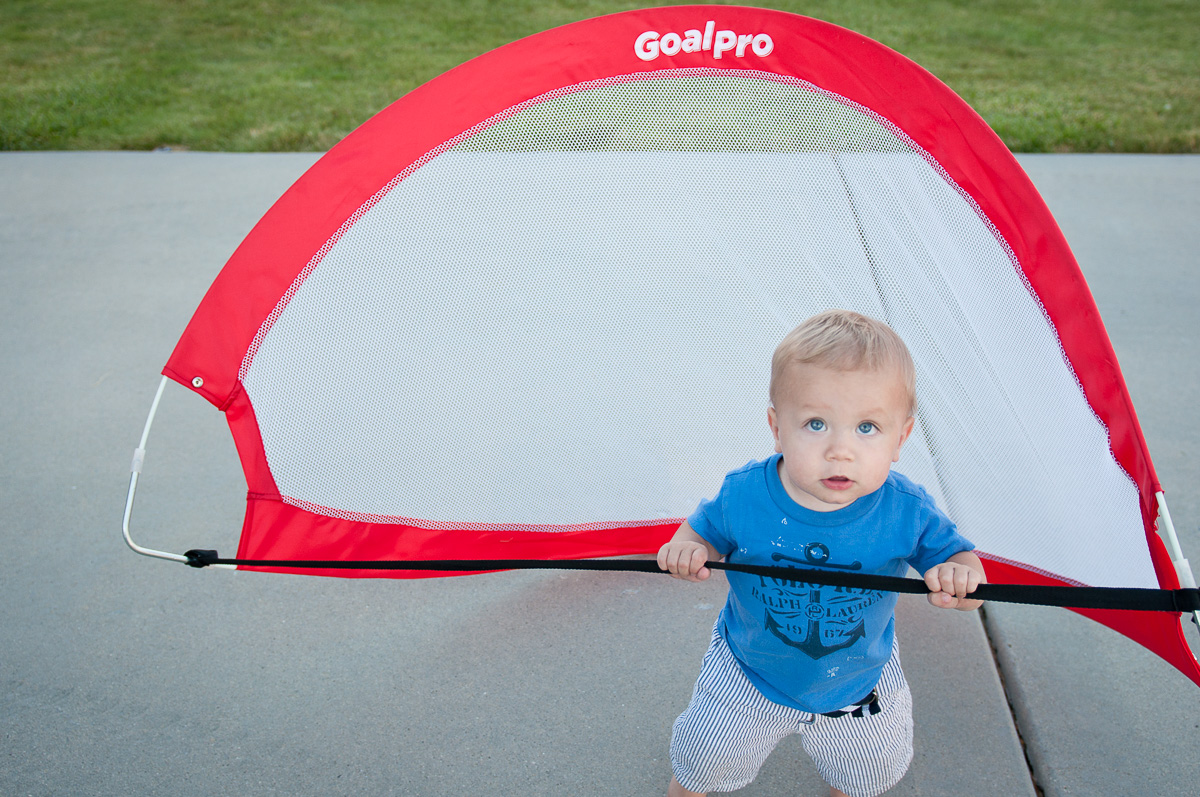 It was time to put him to bed and get on with the most anticipated activity of the night; fireworks. 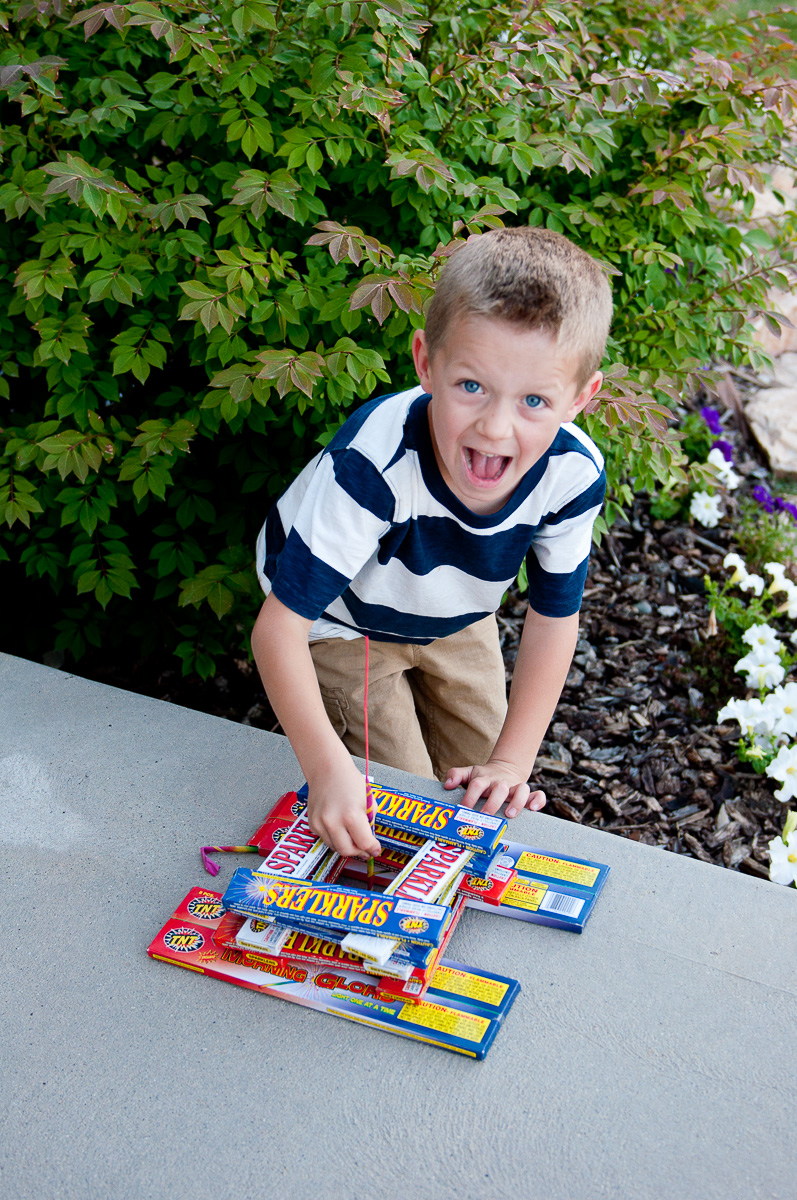 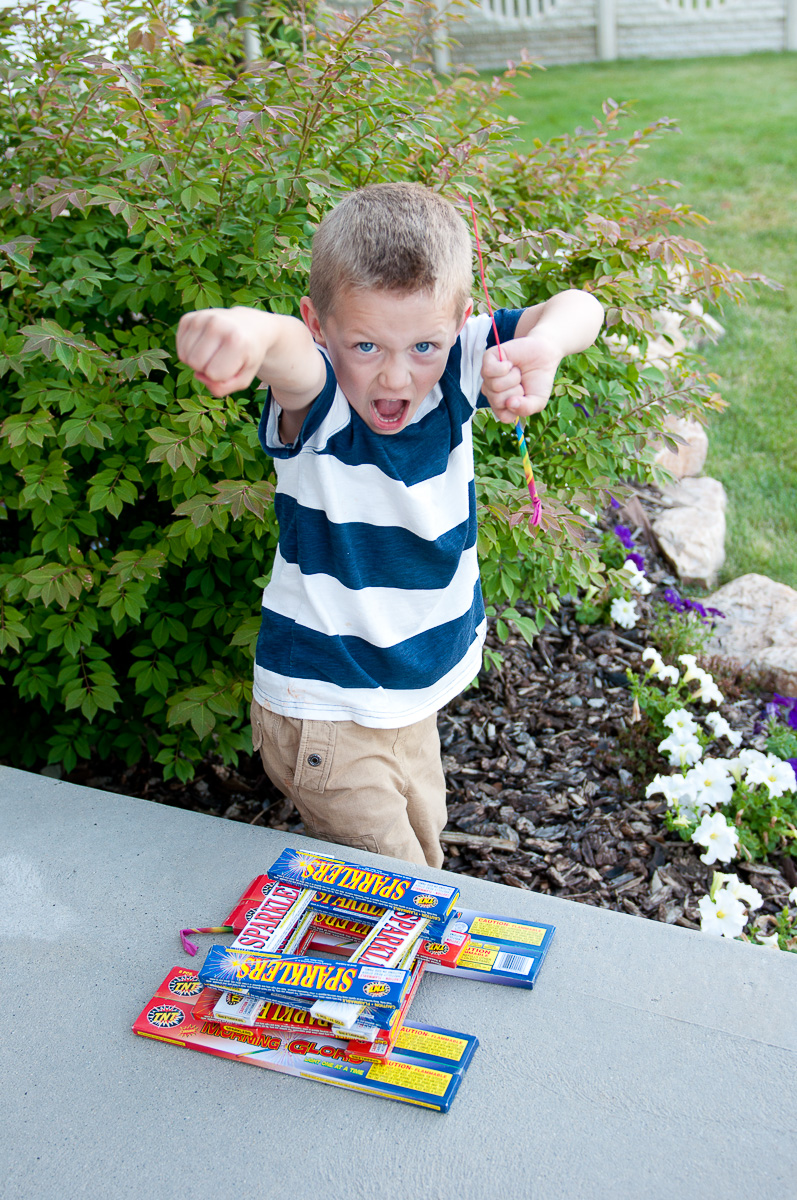 Blake set up and rearranged those fireworks boxes over and over while he not so patiently waited for the adults to play Corn Hole. He lost it when we informed him we were playing best out of three and waiting for it to get a little darker. 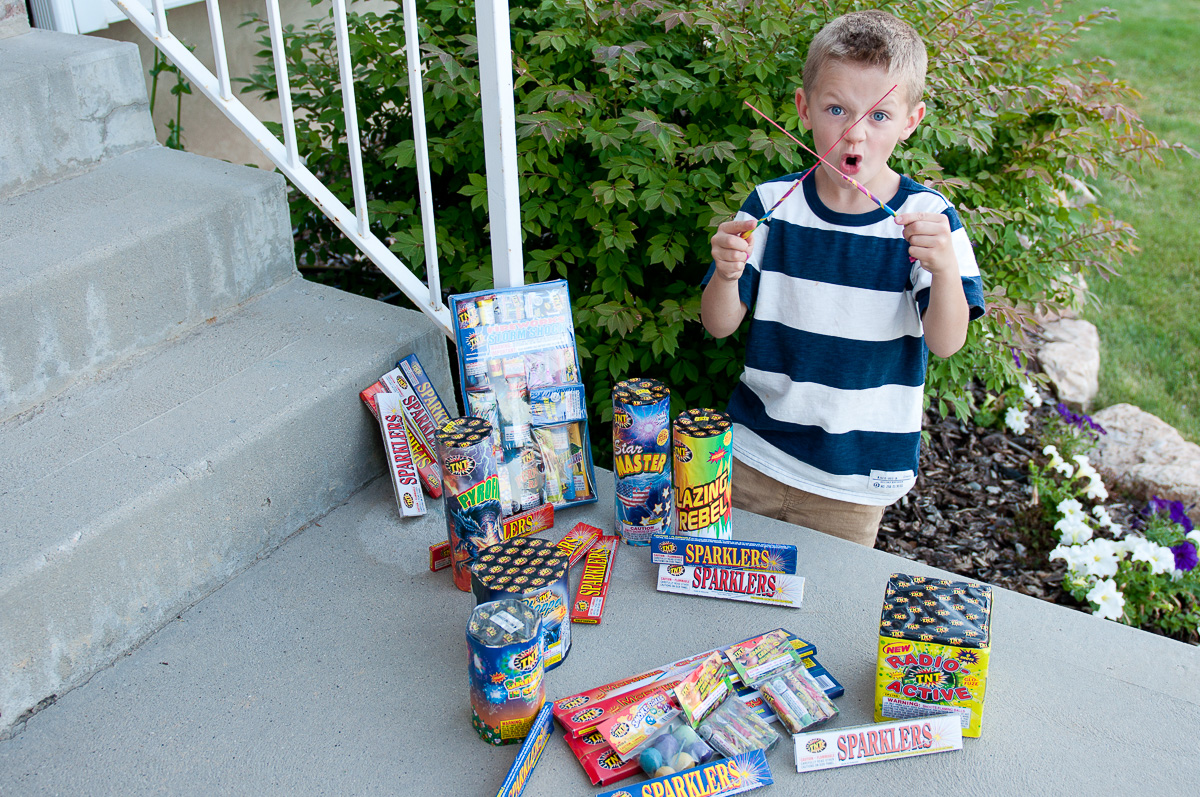 Alas, when it was finally time to light those sparklers, Blake didn’t want that fire near him. 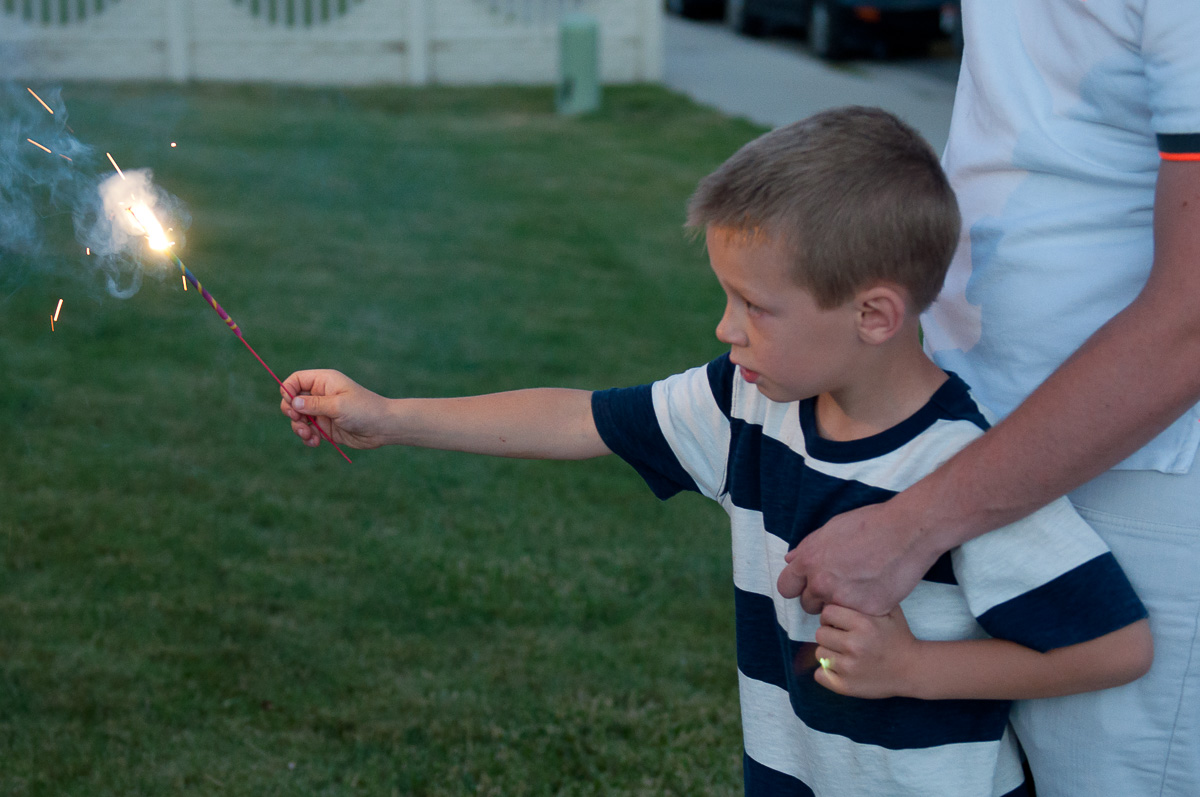 His uncle helped him warm up to the idea. 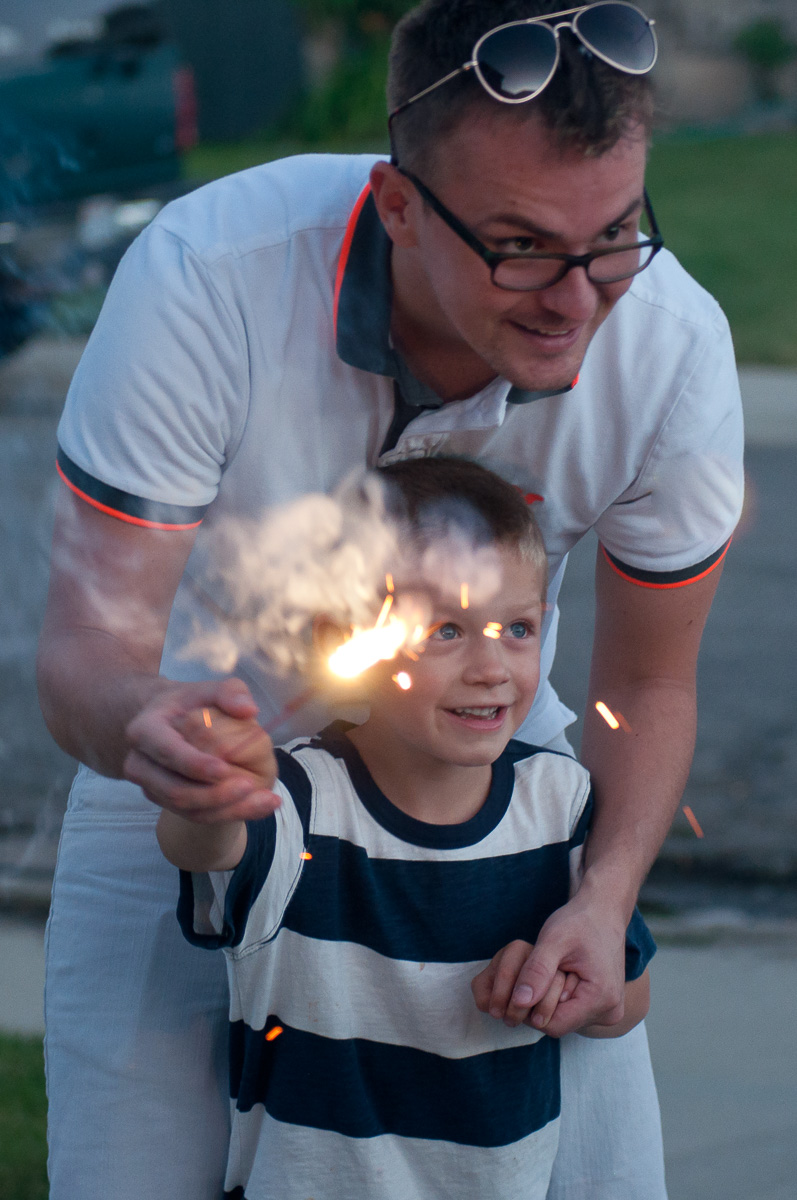 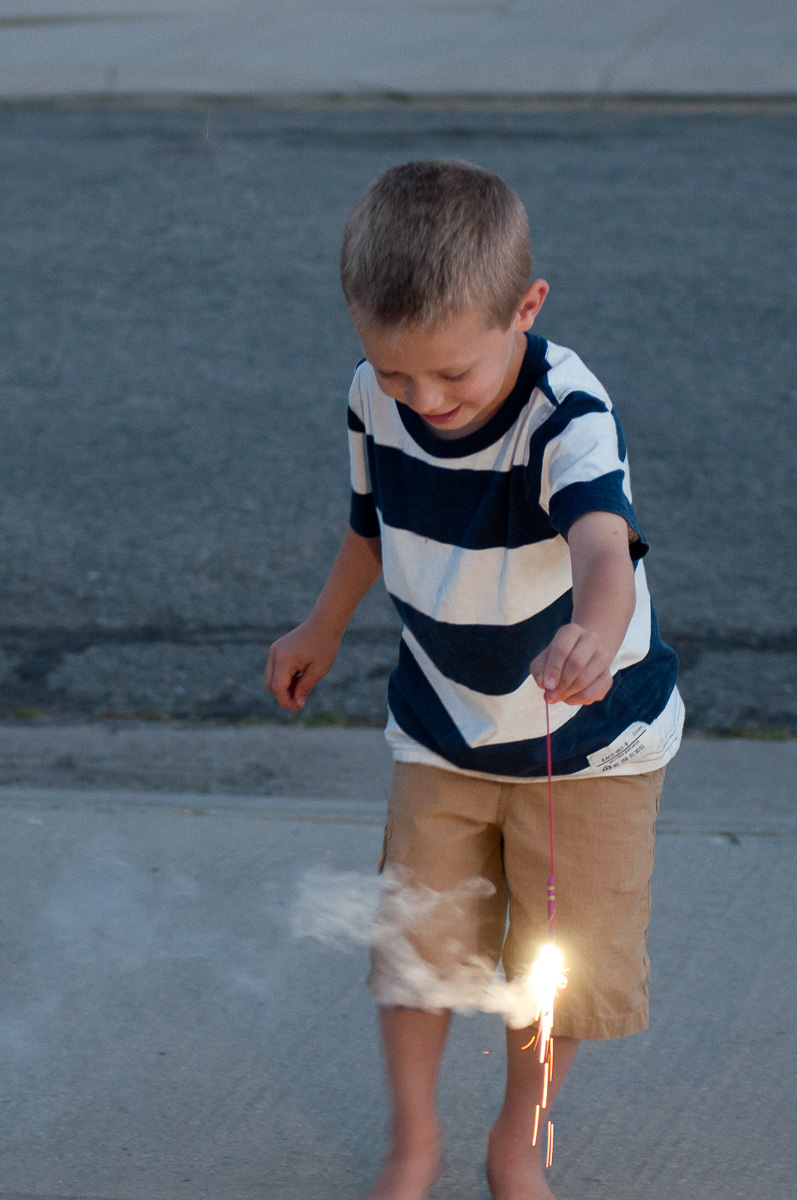 Nash was an instant pyro, not surprisingly. 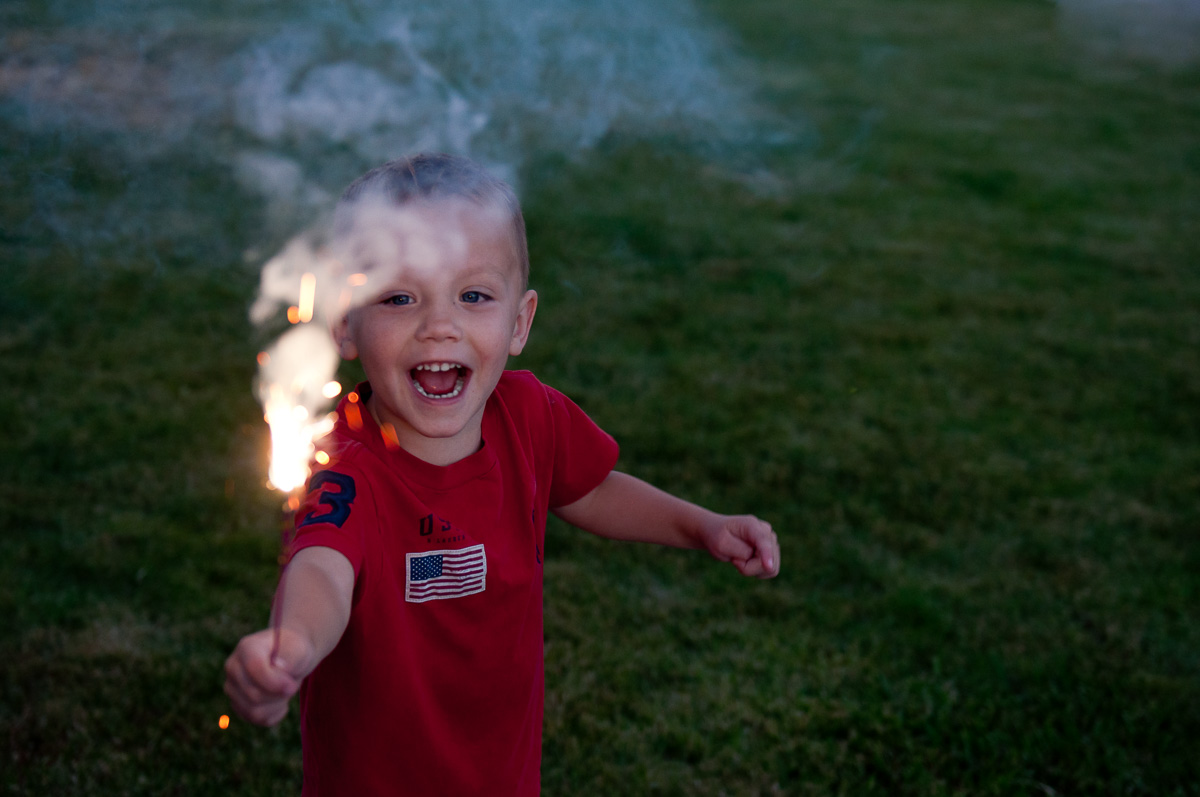 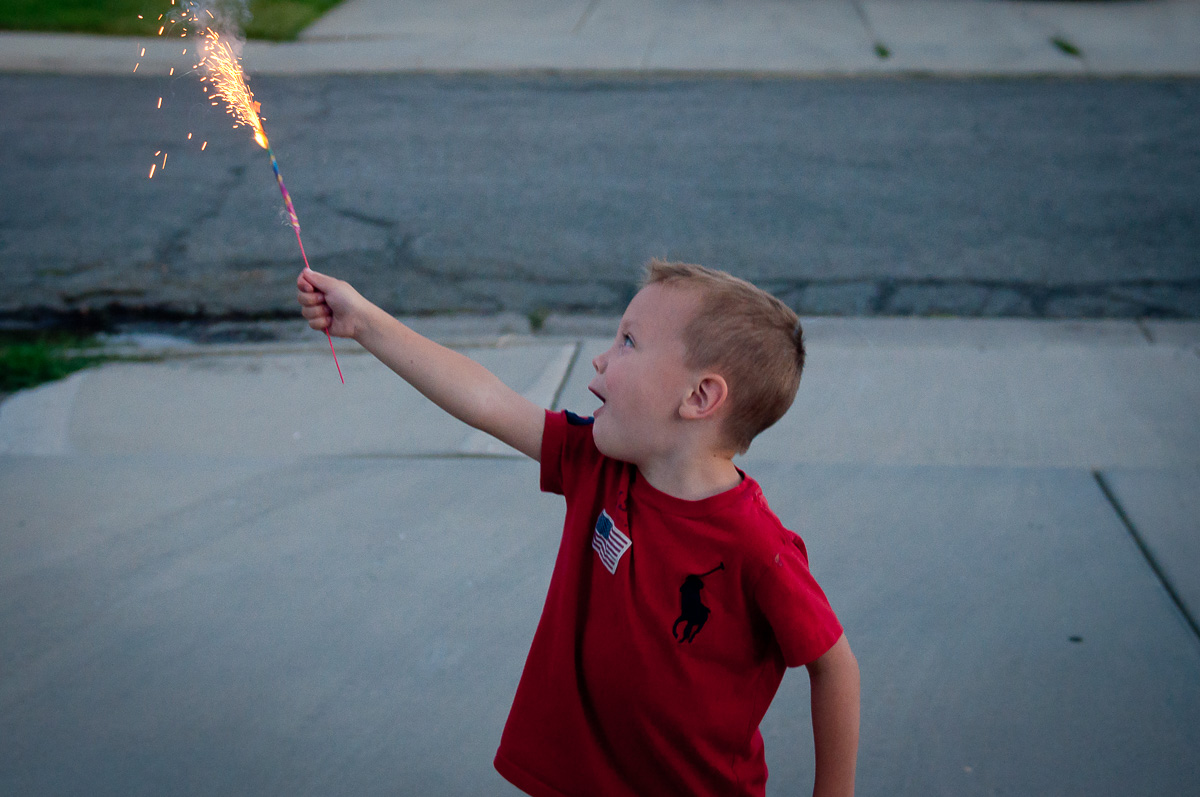 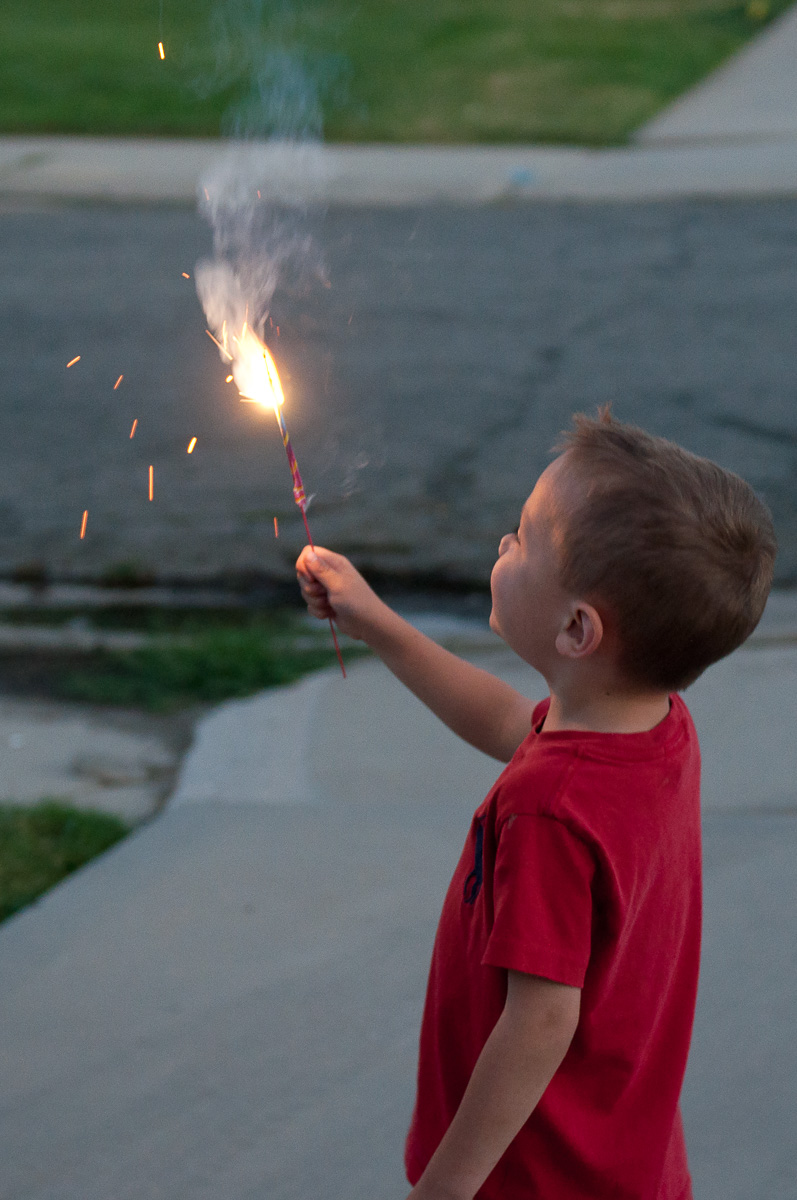 We lit off our assortment of fireworks in our driveway with everyone gathered around. 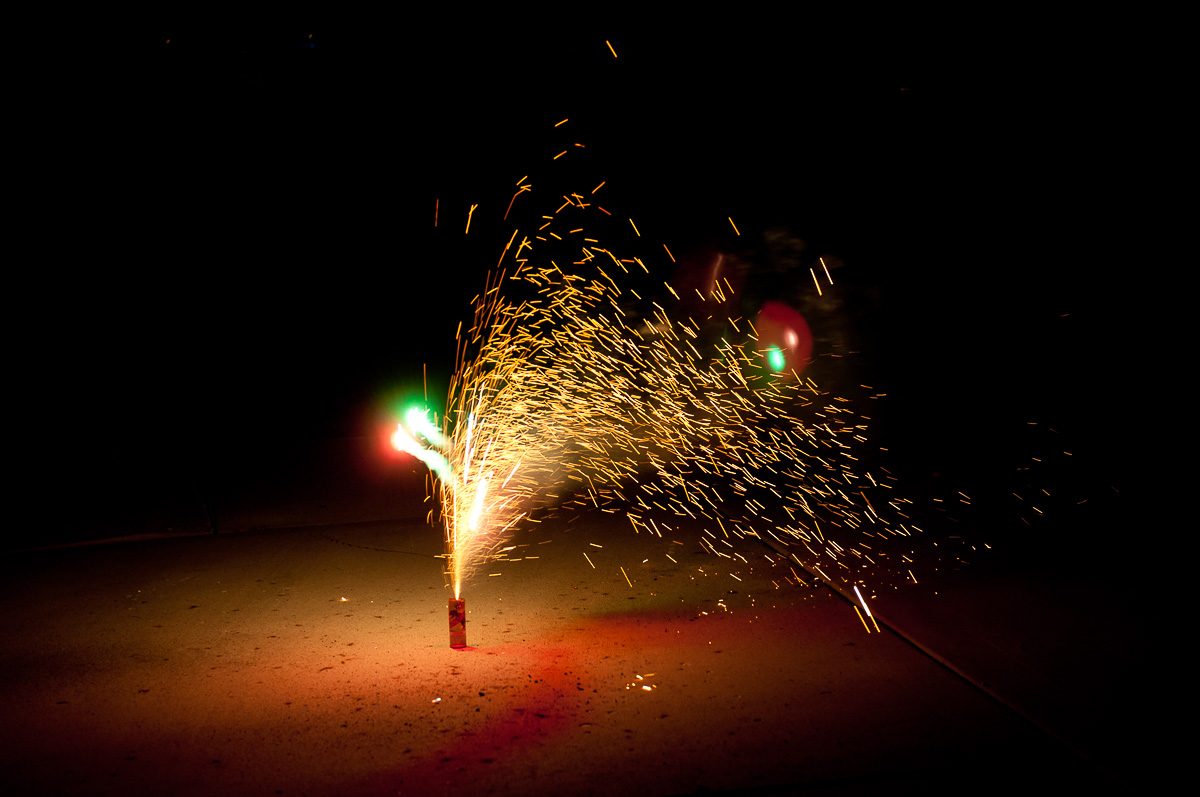 And topped off the night by spreading out blankets right in our front yard and watching the sky illuminate with fireworks of all kinds. 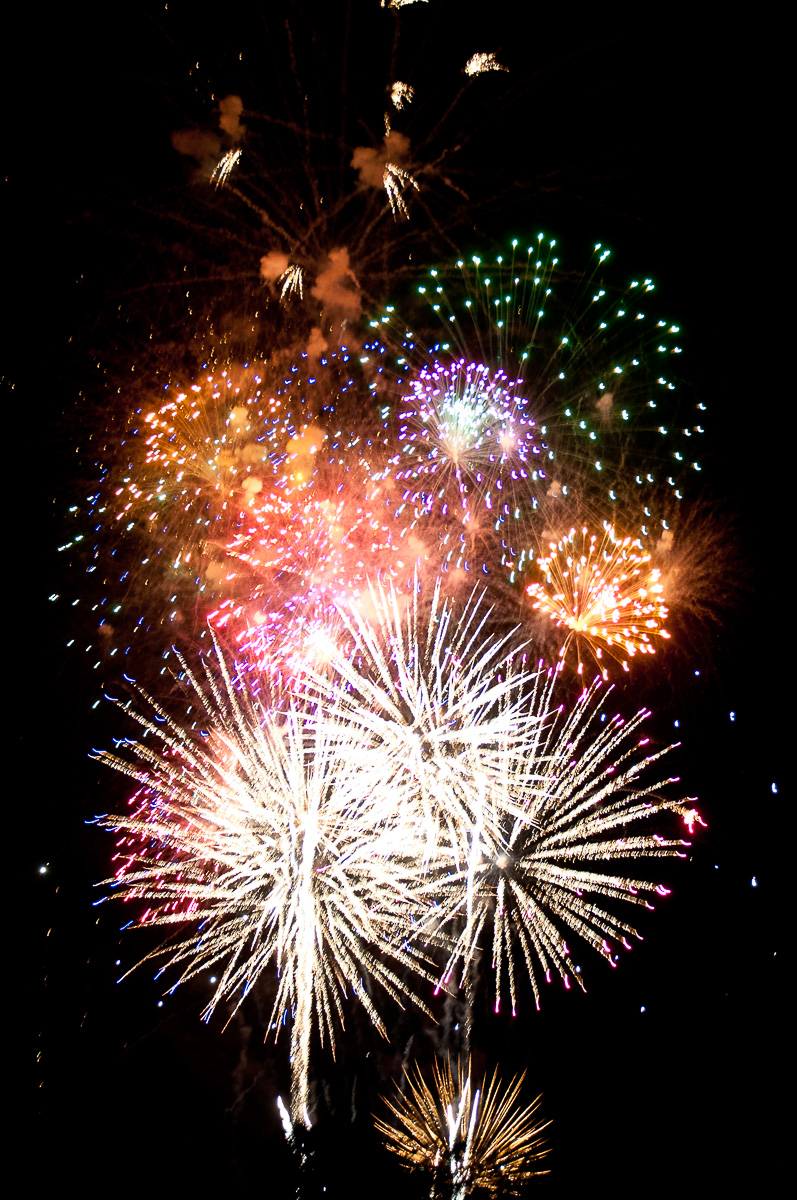 For an almost 4th of July, it was not too shabby.