Last week, after much planning and anticipation, Troy and I traveled to New York City.

Just the two of us.

The main reason for the trip was Troy’s lifelong friend’s wedding. But we decided to make a week out of it since we knew it would be a long, loooooong time before we could get away again.

The trip was liberating in so many ways. It was a celebration of sorts of Troy finally being able to walk and me finally being past the miserable first half of pregnancy.

It was a little more challenging to hustle around the Big Apple with Troy’s recent transition off crutches and the extra watermelon I was carrying. But we were shocked at how many hours there seemed to be in each day without having to schedule around naps and the needs of our boys.

We covered so much ground in the days that weren’t filled with wedding festivities.

I think we may have walked 300 miles.

And as usual, I took way too many pictures.

New York is such an incredible feast for the eyes. Everywhere you look there is something unique. From the people to the graffiti to the gorgeous, huge trees in Central Park to the fact that you can see skyscrapers as far as your eye will take you.

One of my favorite places in New York is Central Park. We happened to stumble across a film crew shooting a canoe scene on our first afternoon there. 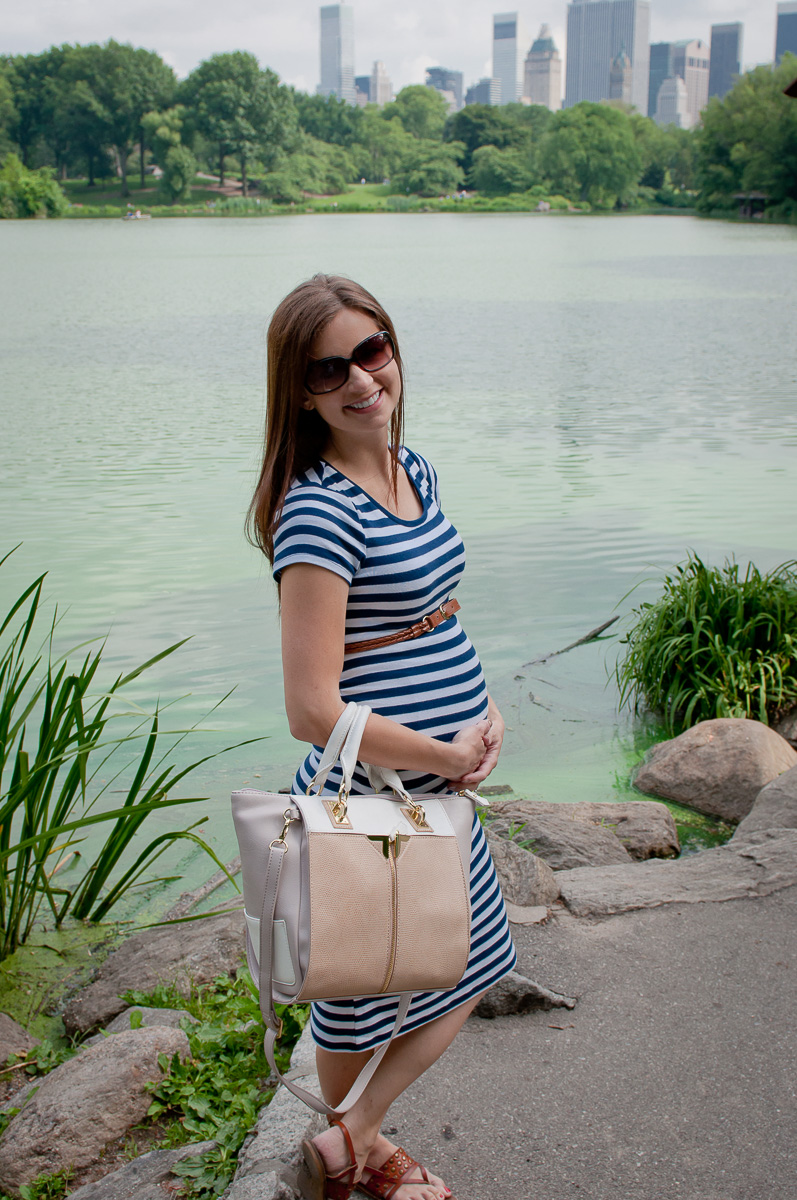 I love the quiet serenity in the midst of such a bustling city. 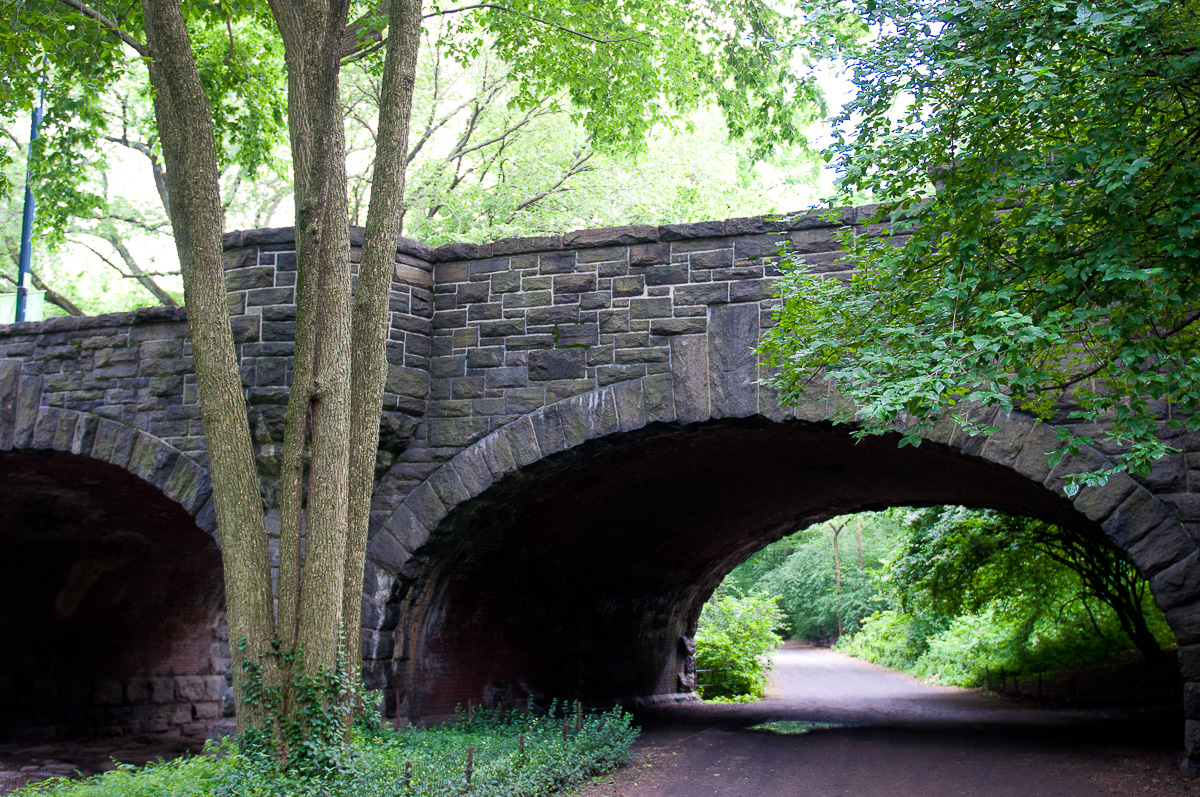 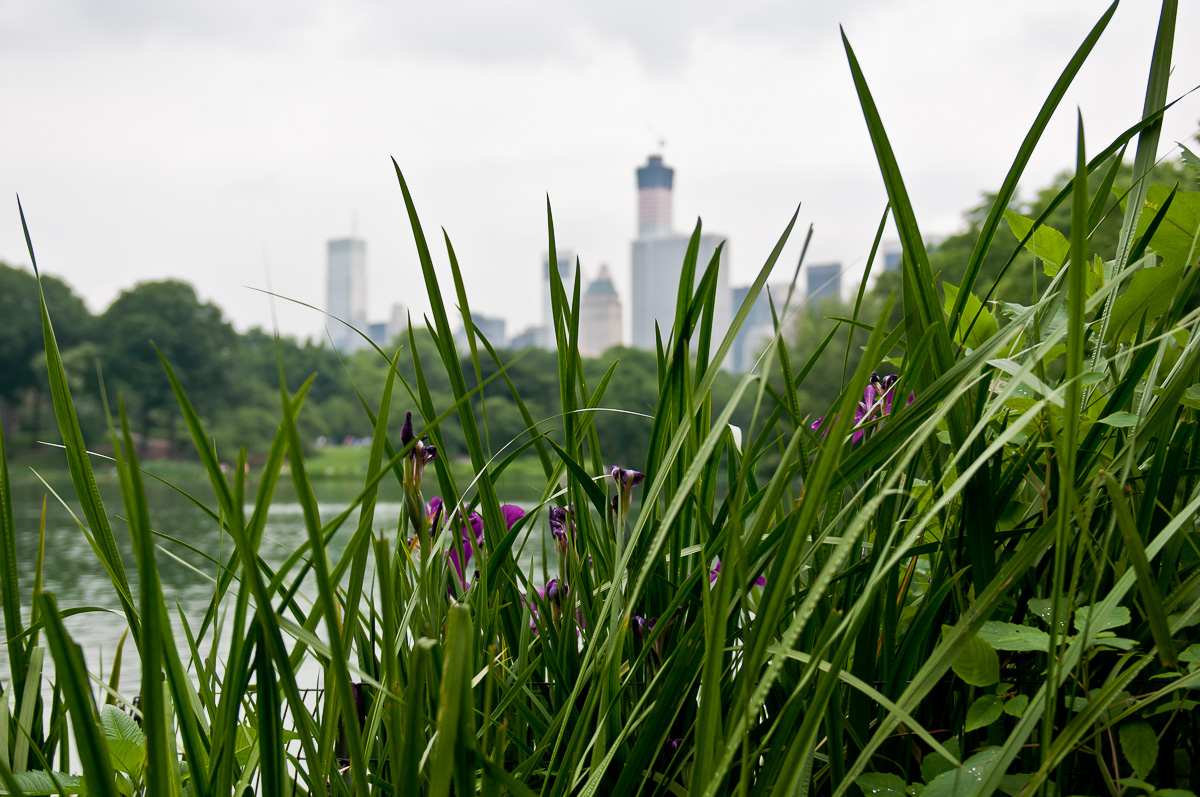 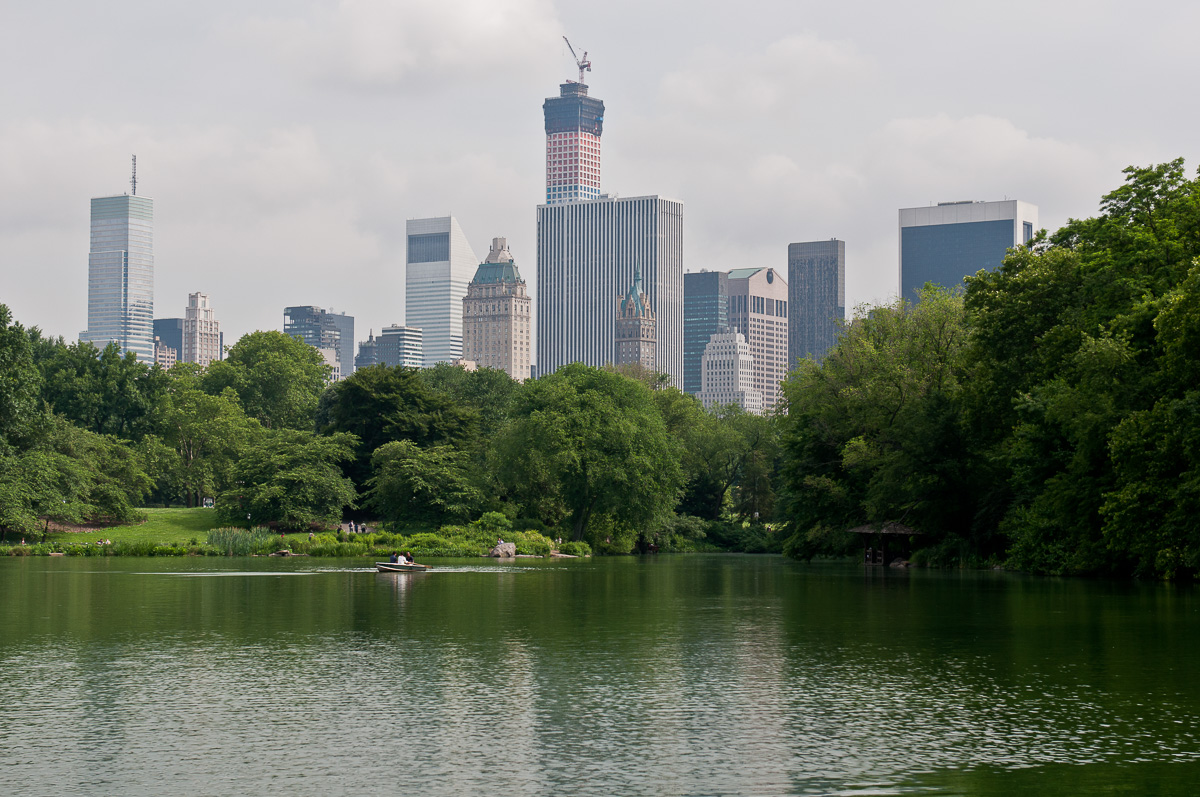 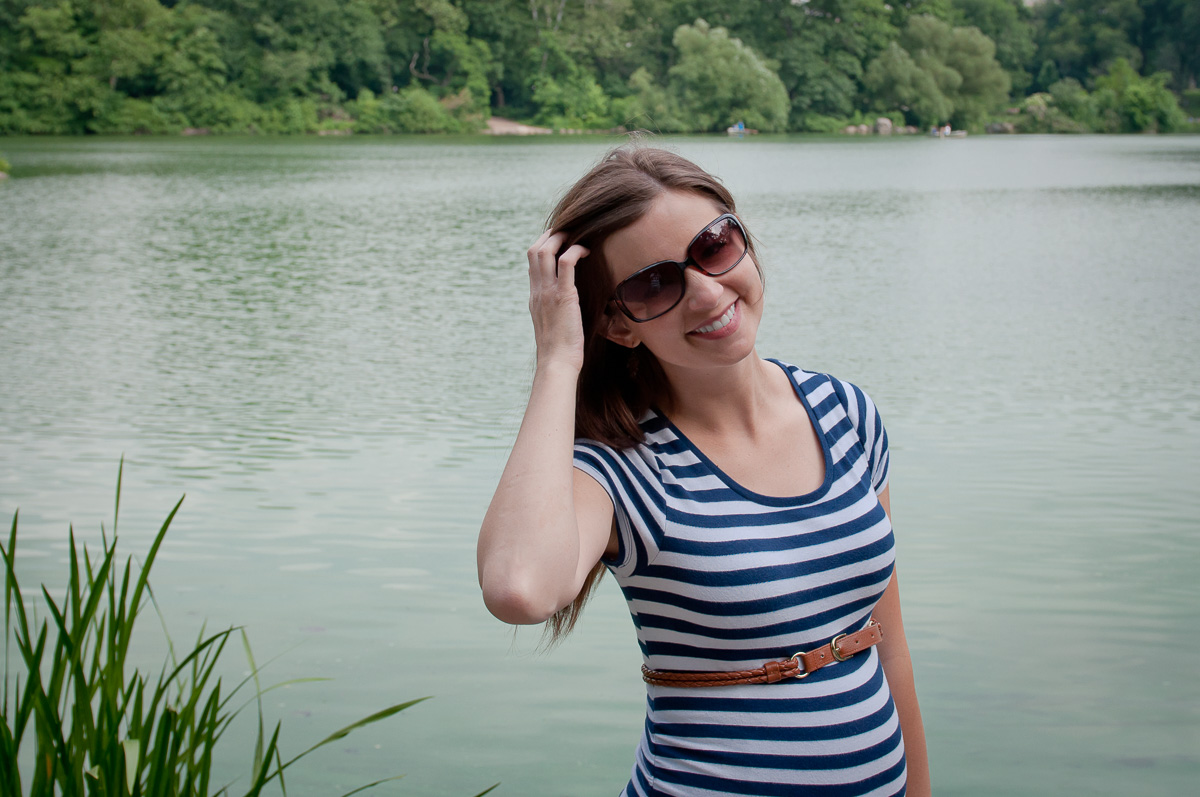 Of course, it’s just as much fun to be right in the hustle and bustle of Times Square. 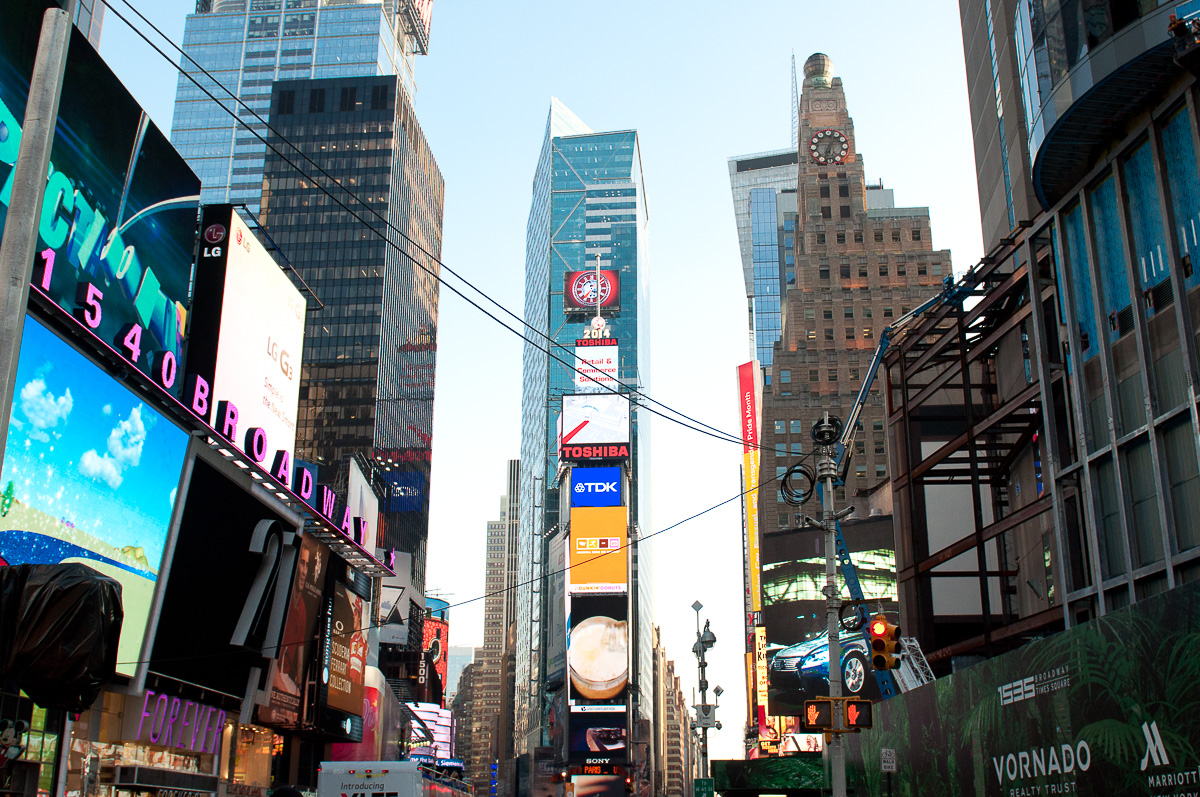 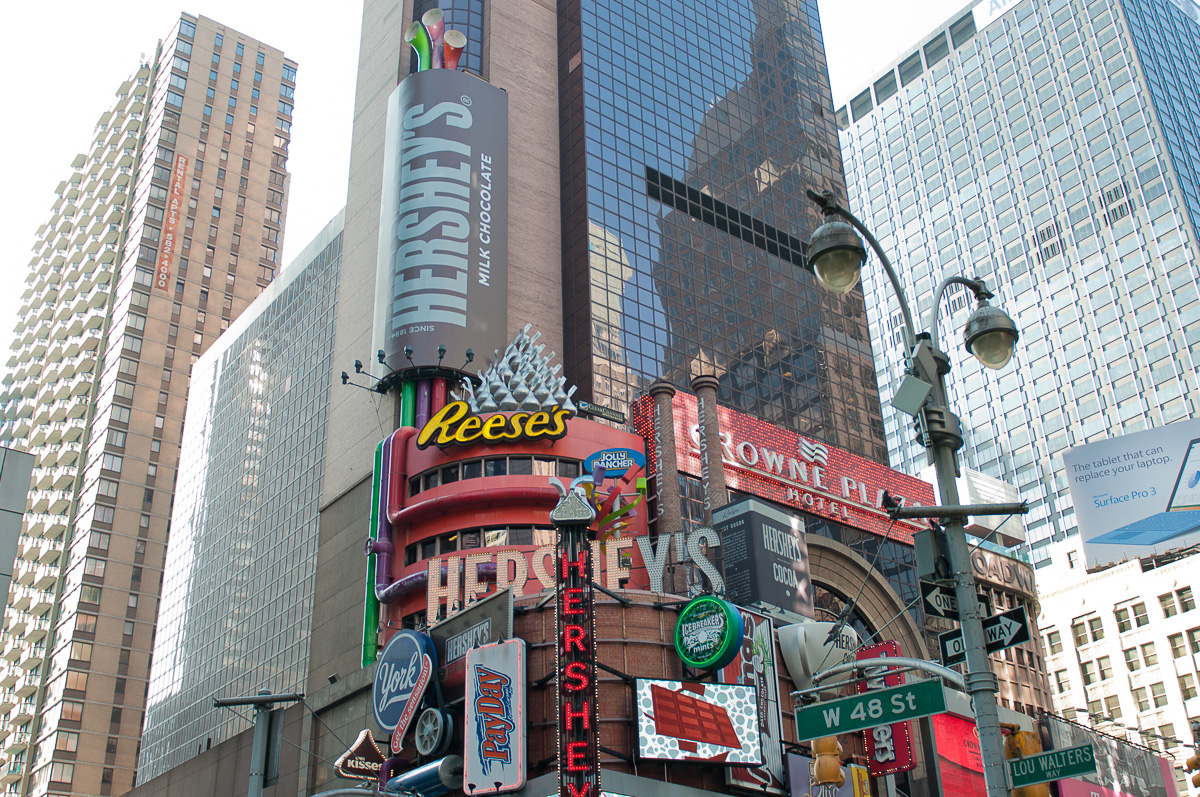 We saw two Broadway shows while we were there. We lucked out with 8th row rush tickets for If/Then. I could listen to Idina Menzel sing all day. It was incredible to sit so close to the star that I’ve listened to since I was little in Rent and Wicked (and most recently, Frozen). I couldn’t help but tear up during her heart-wrenching ballad at the end of the production.

We’ve seen most of the mainstream musicals on Broadway, so we decided to go for the new Tony-nominated production of Violet as well. I happened to see the lead, Sutton Foster, on The Today Show (the one and only time I watched it this year because I was folding laundry) and I was intrigued by the plot. We heard some good reviews from our cousin who recently saw the musical as well, and it did not disappoint. 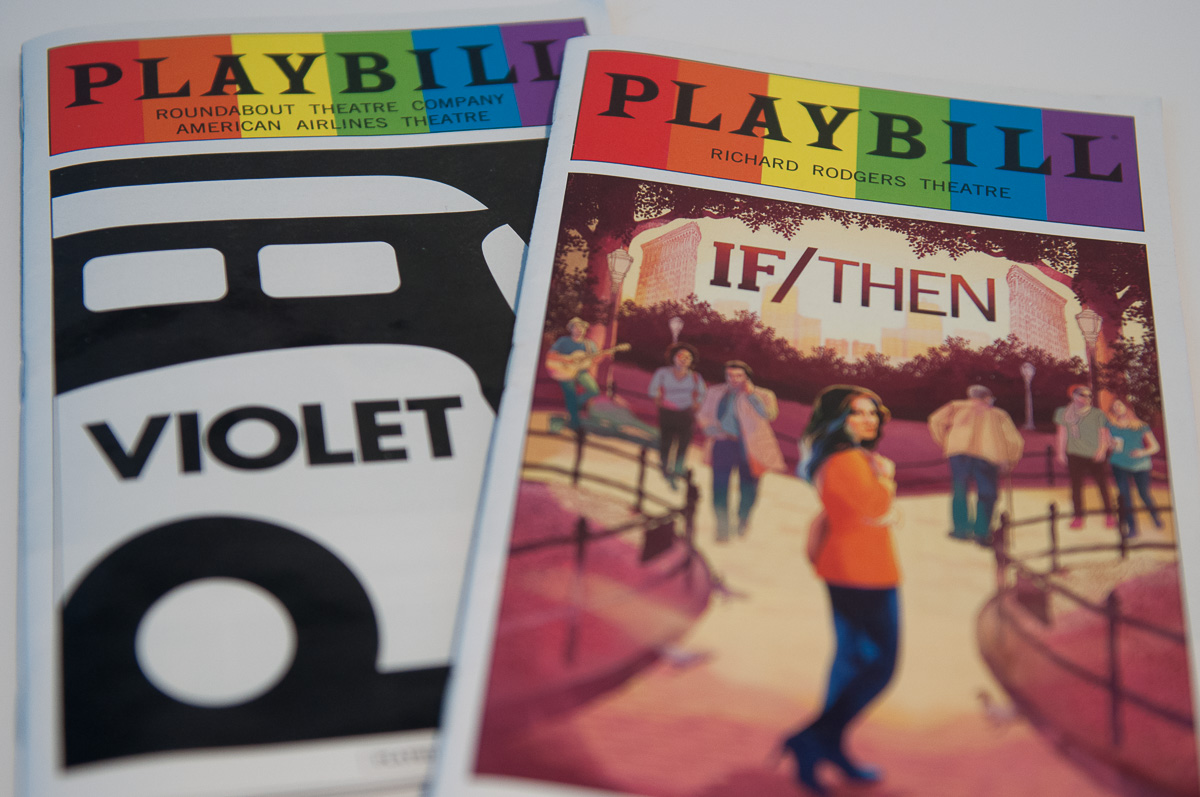 It was fun to be in New York when all of the World Cup hype was taking place. 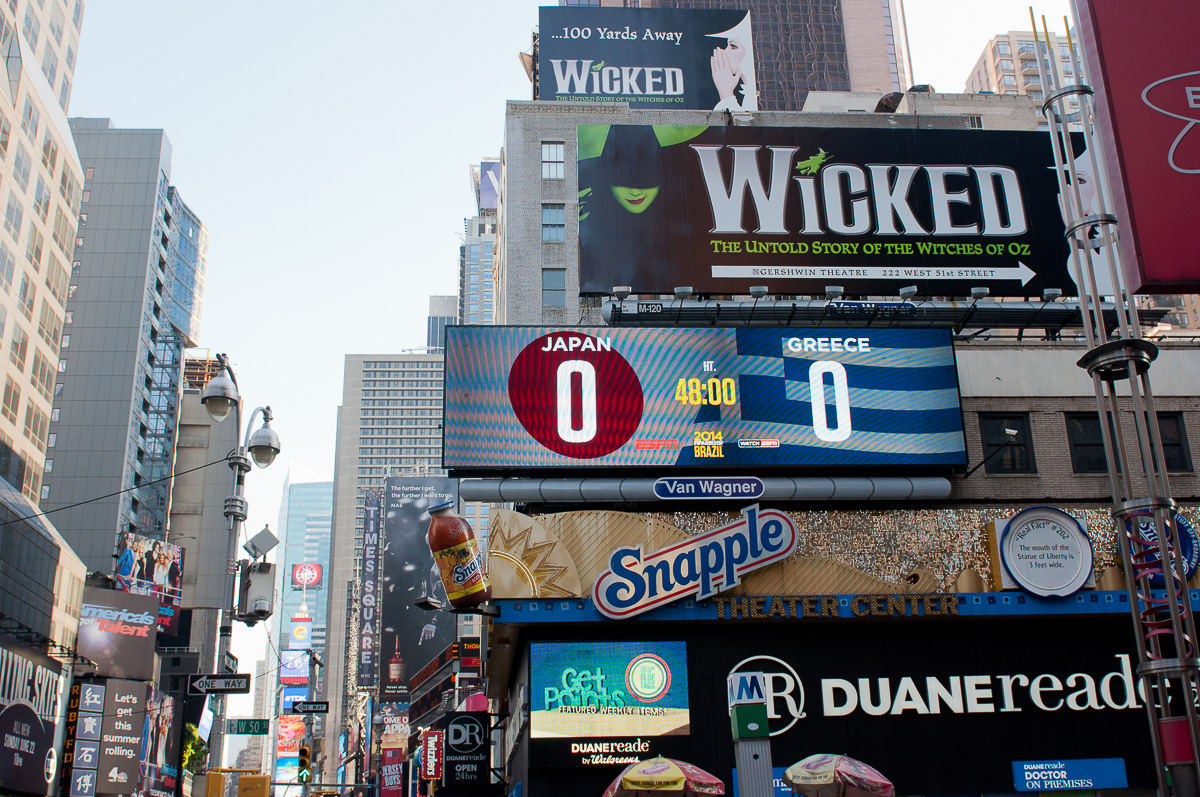 We saw various country flags everywhere and chalkboards with game times outside every sports bar and café. 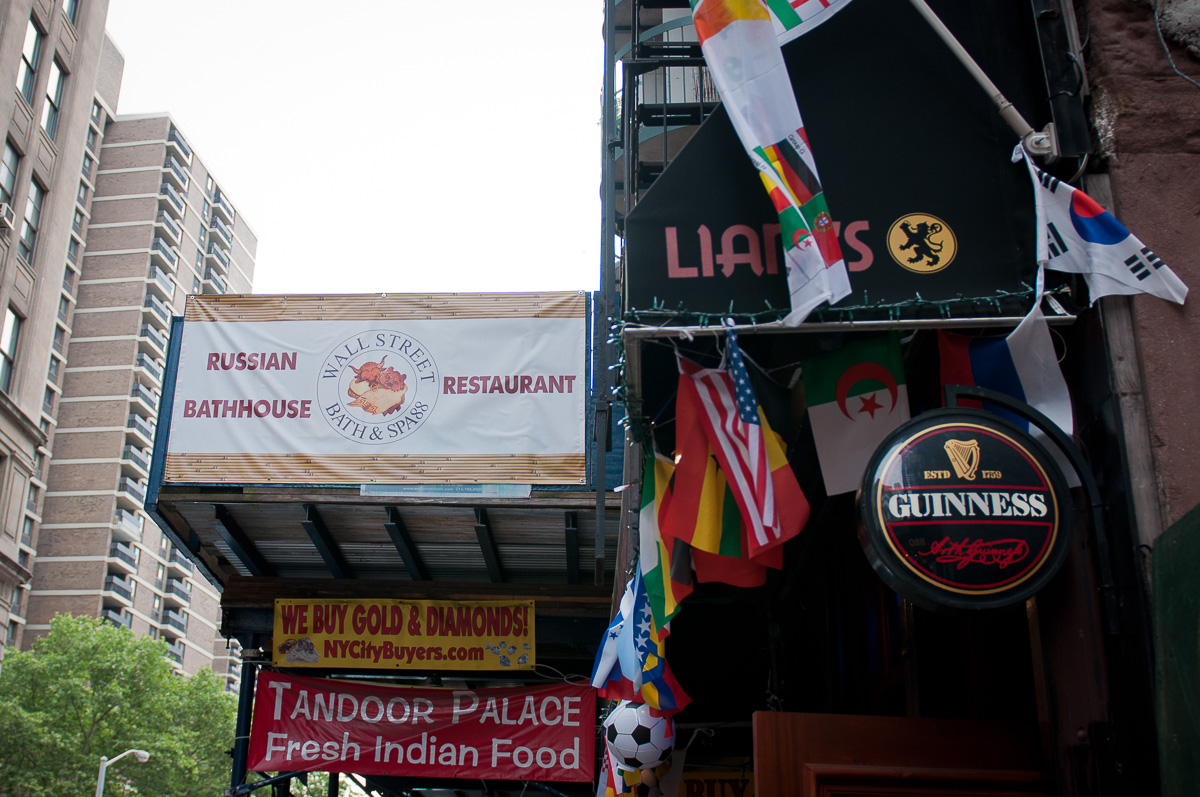 We stayed right on Wall Street, which is the area Troy is most familiar with due to his frequent work visits. This was the view from our street, always filled with hundreds and hundreds of professionals walking to and fro. 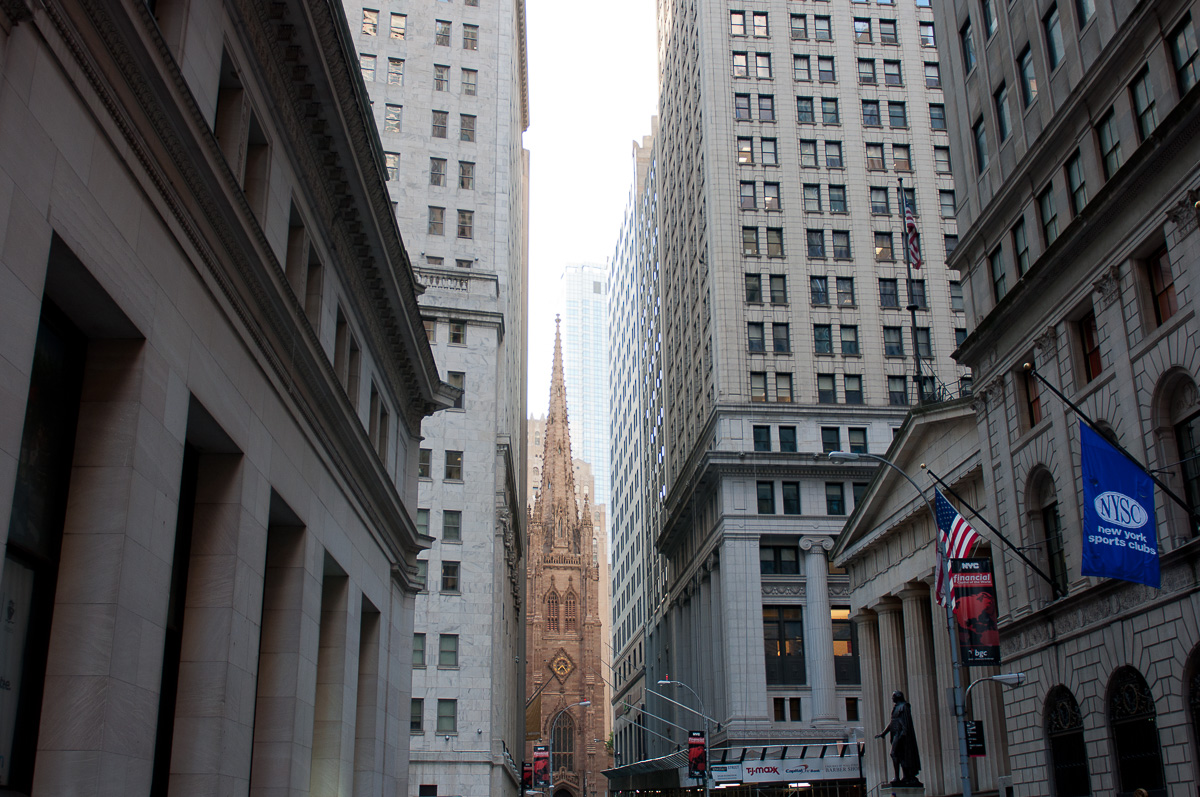 It was a short walk to view the new World Trade Center, which we have watched grow in height over the years throughout various stages of construction. It now towers over the city and is part of the lower Manhattan landscape. 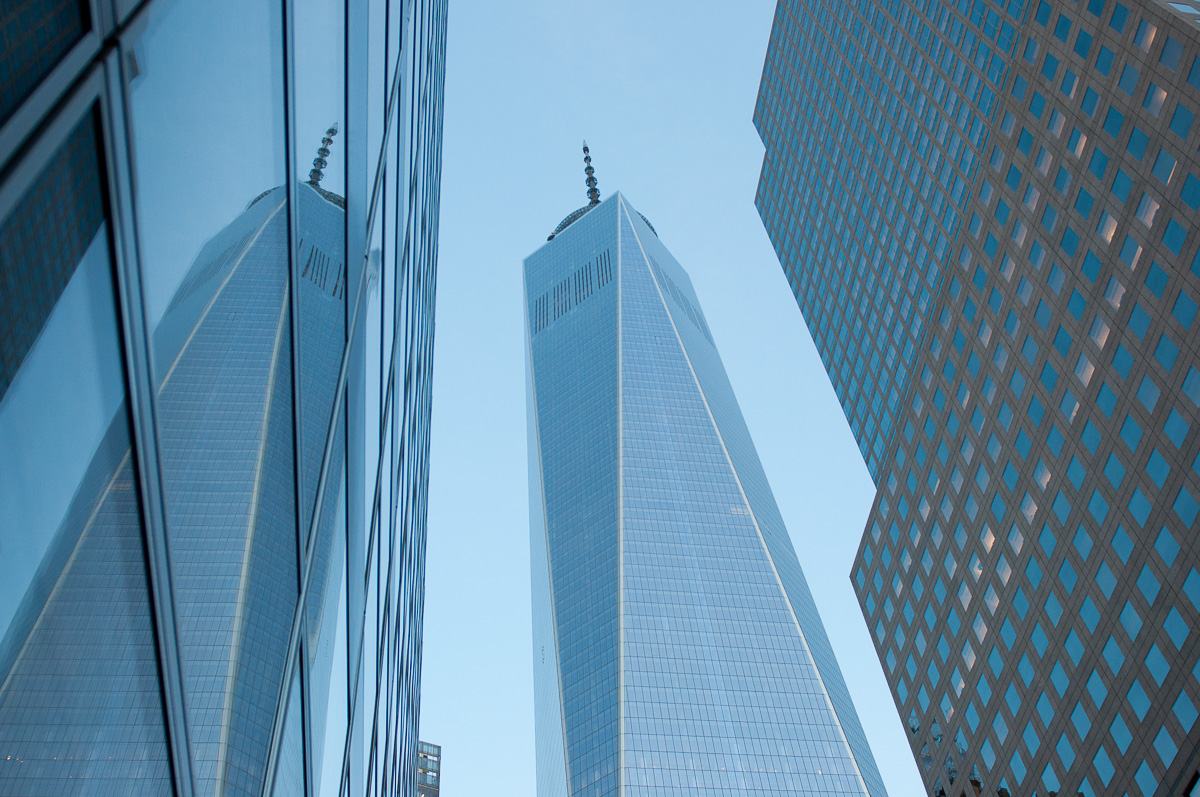 We biked past the 9/11 Memorial by accident one morning and made a quick stop. I’ve seen the twin reflecting pools in pictures but I was shocked at how big they actually are. They make the largest manmade waterfalls in North America. 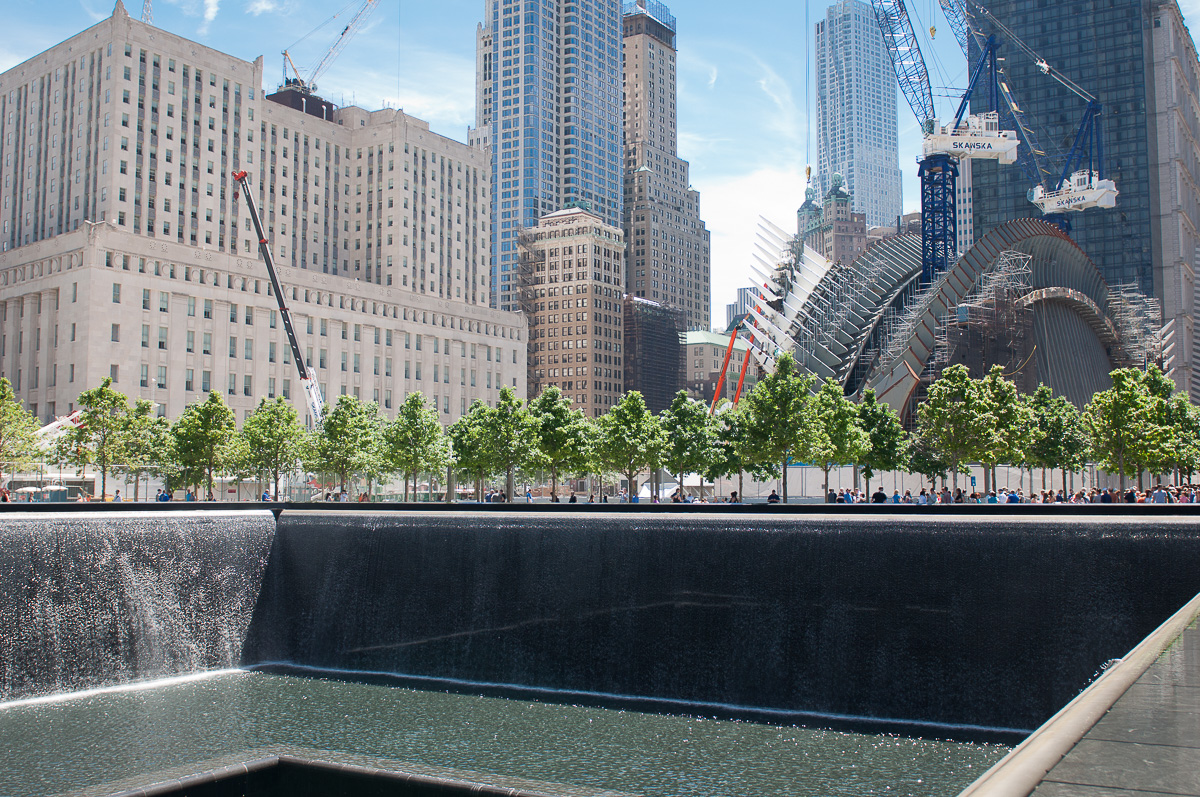 The names of every person who died are etched in bronze around the edges. The feeling was somber and sacred there. 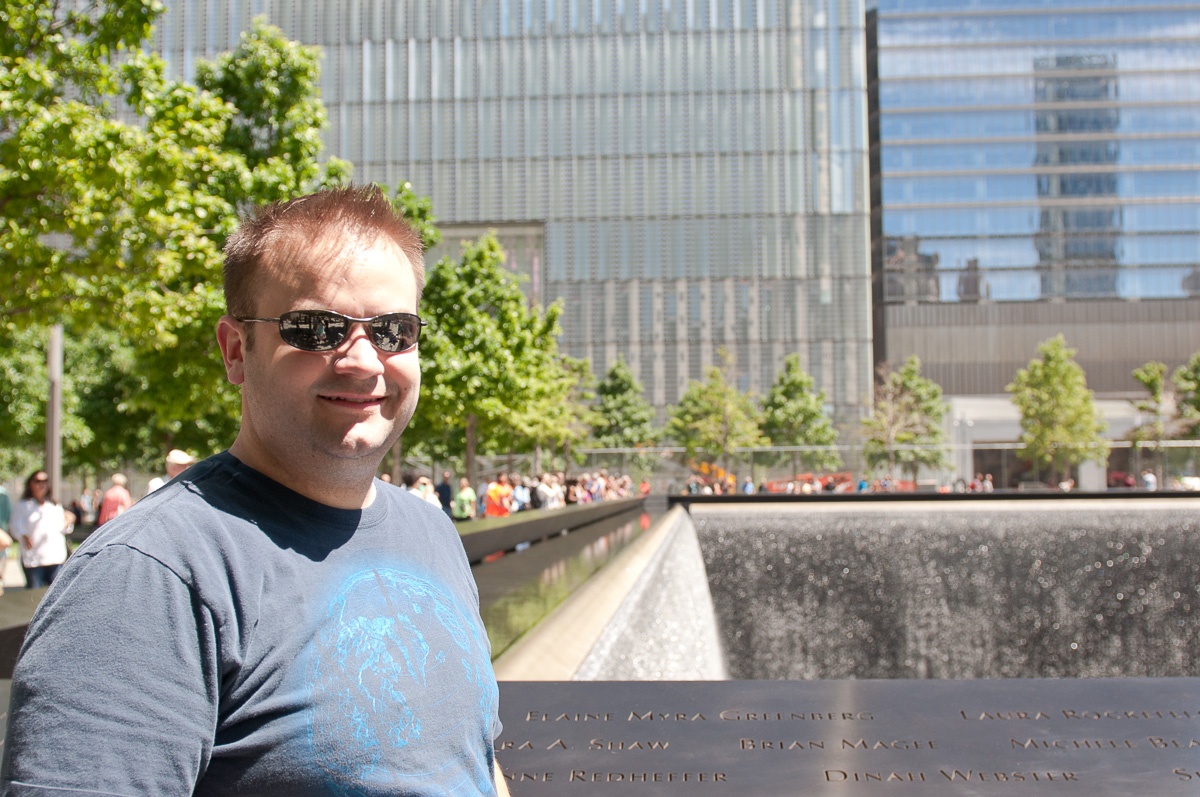 Troy’s corporate card got us into several museums, so we took advantage when we wanted a few hours of air conditioning. The American Museum of Natural History was gigantic. There’s no way we could have possibly seen the whole thing in one day. 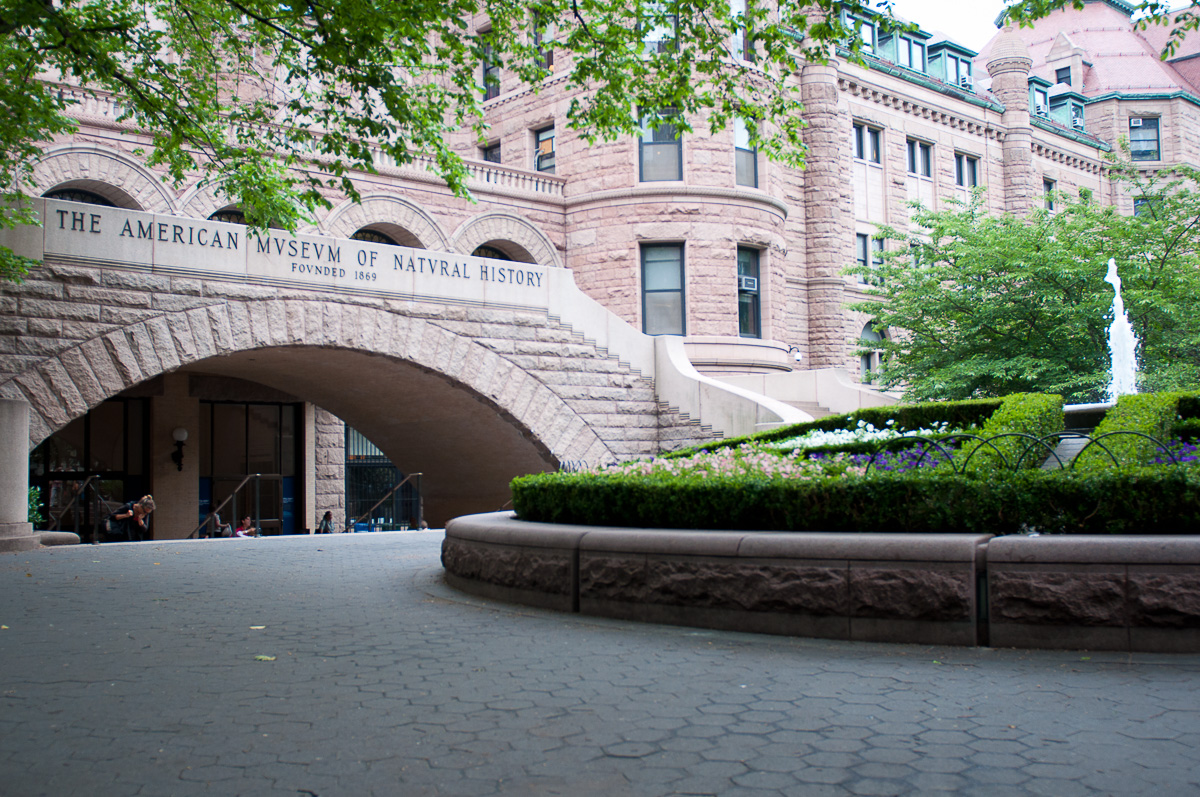 We visited the MoMA as well. I never mind gazing at Monet and Picasso’s original works of art. 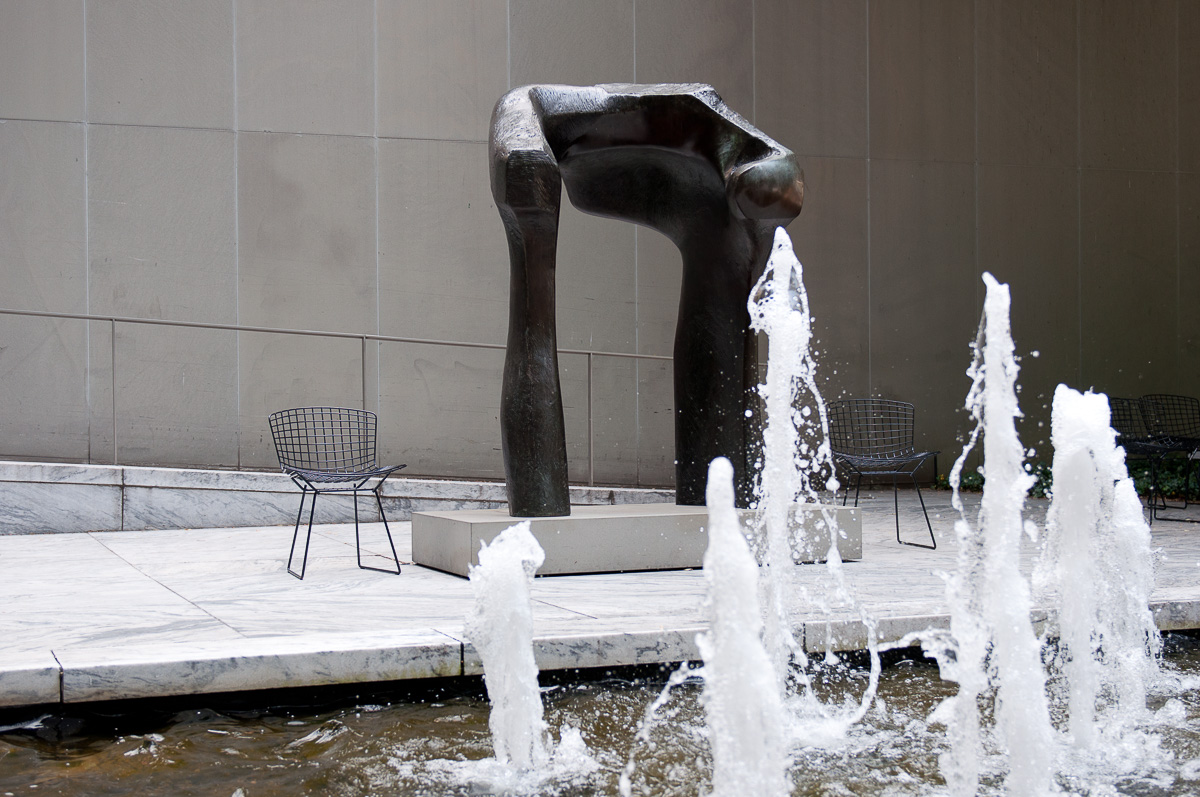 I knew Troy wouldn’t be up for much shopping, but we at least had to stop in Zara on Fifth Avenue and grab some Godiva chocolate milkshakes to drink in Rockefeller Center. 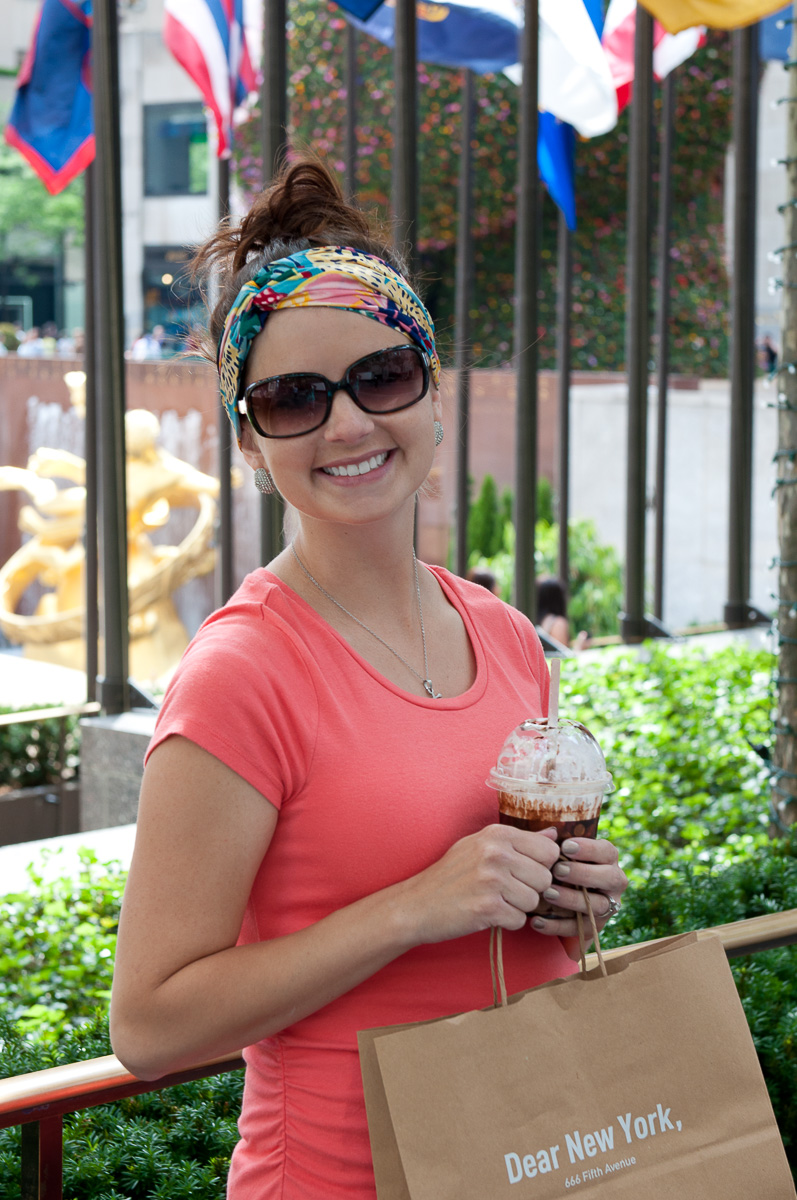 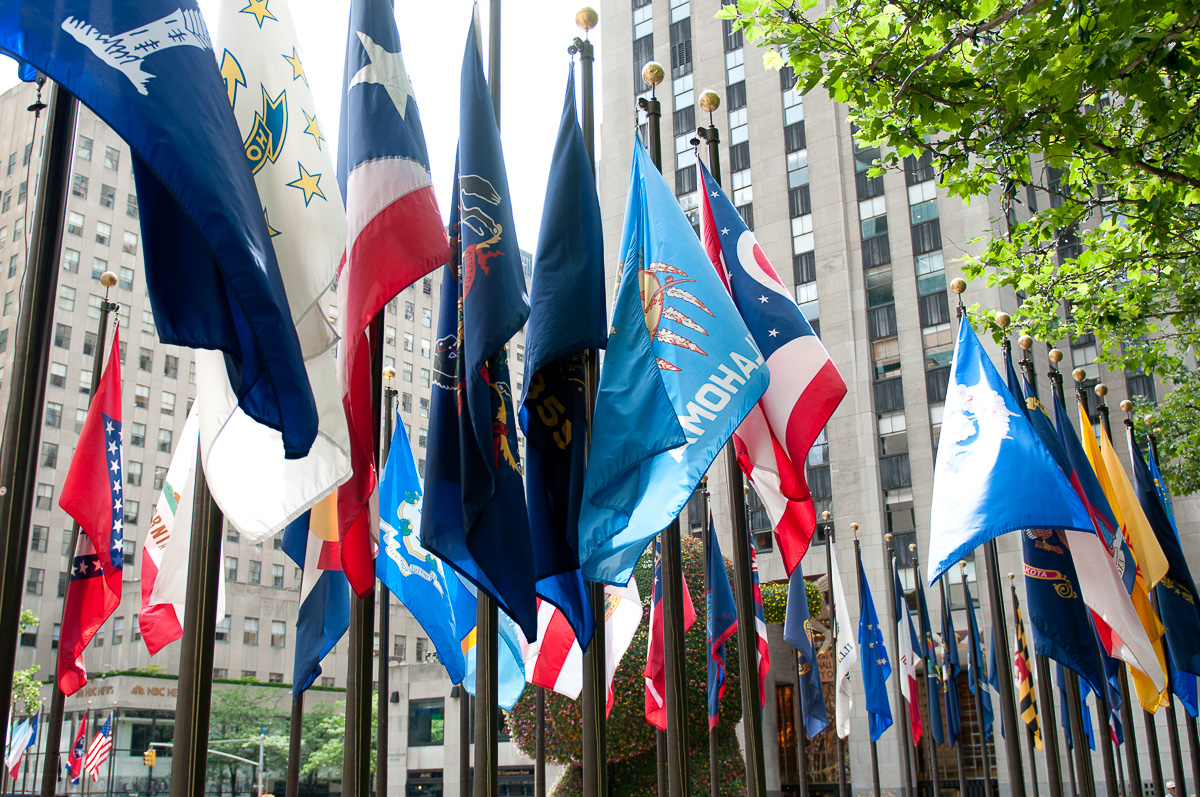 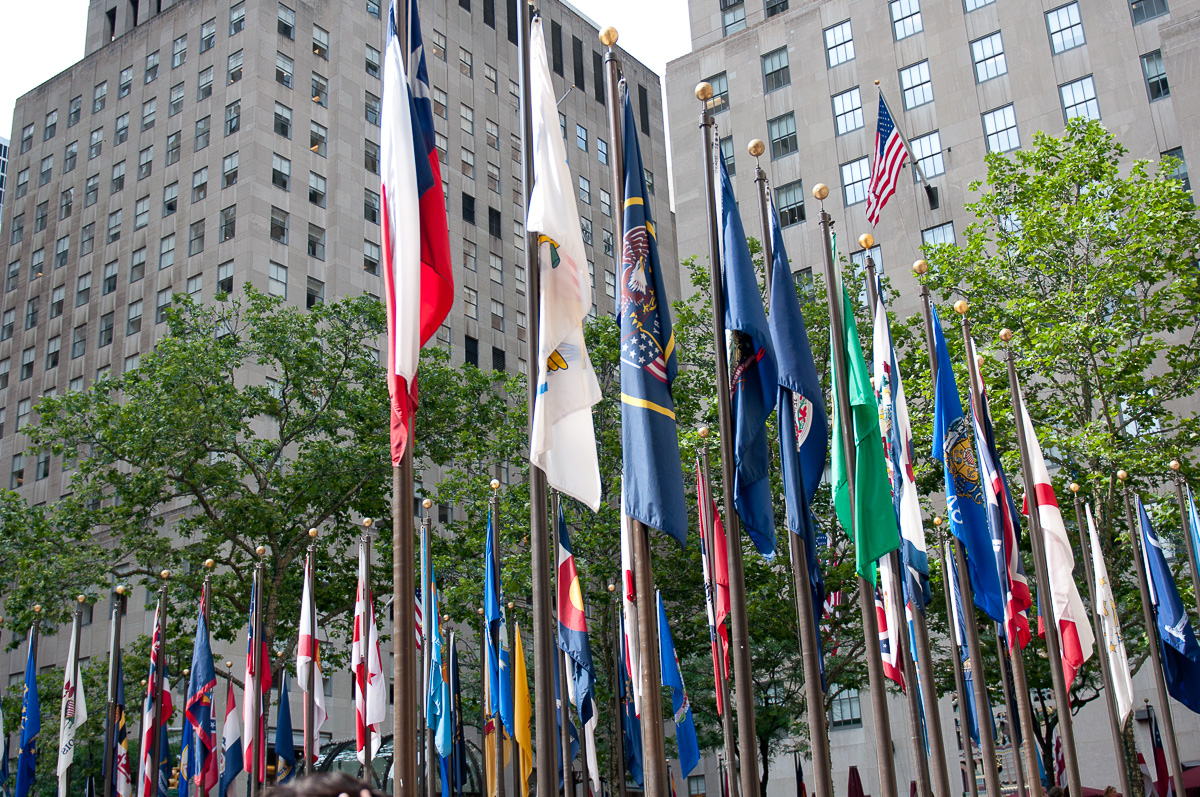 I’m always so glad to have Troy as my travel companion. He is the best navigator of big cities. 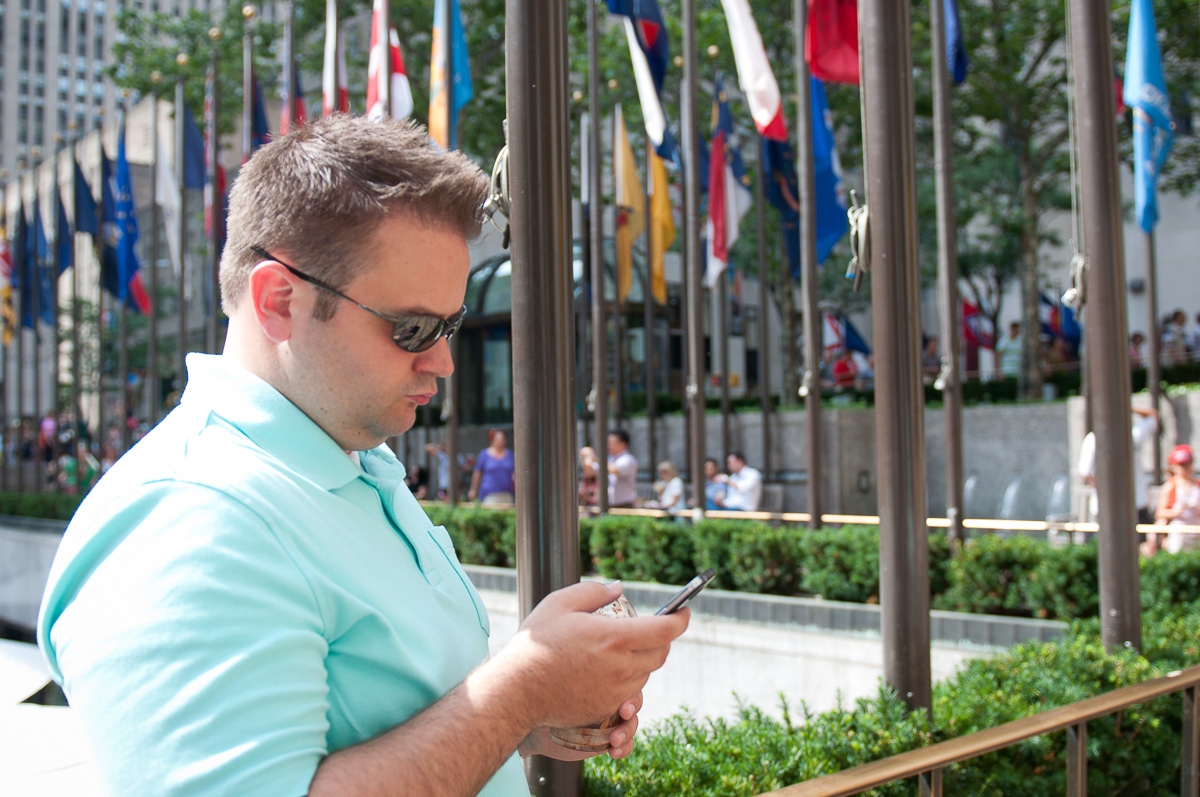 I think one of my very favorite parts about New York is emerging from the subway and feeling like you’re in a whole different country each time you discover the buildings that line the streets. They are so diverse and each district is so beautiful in its own way. 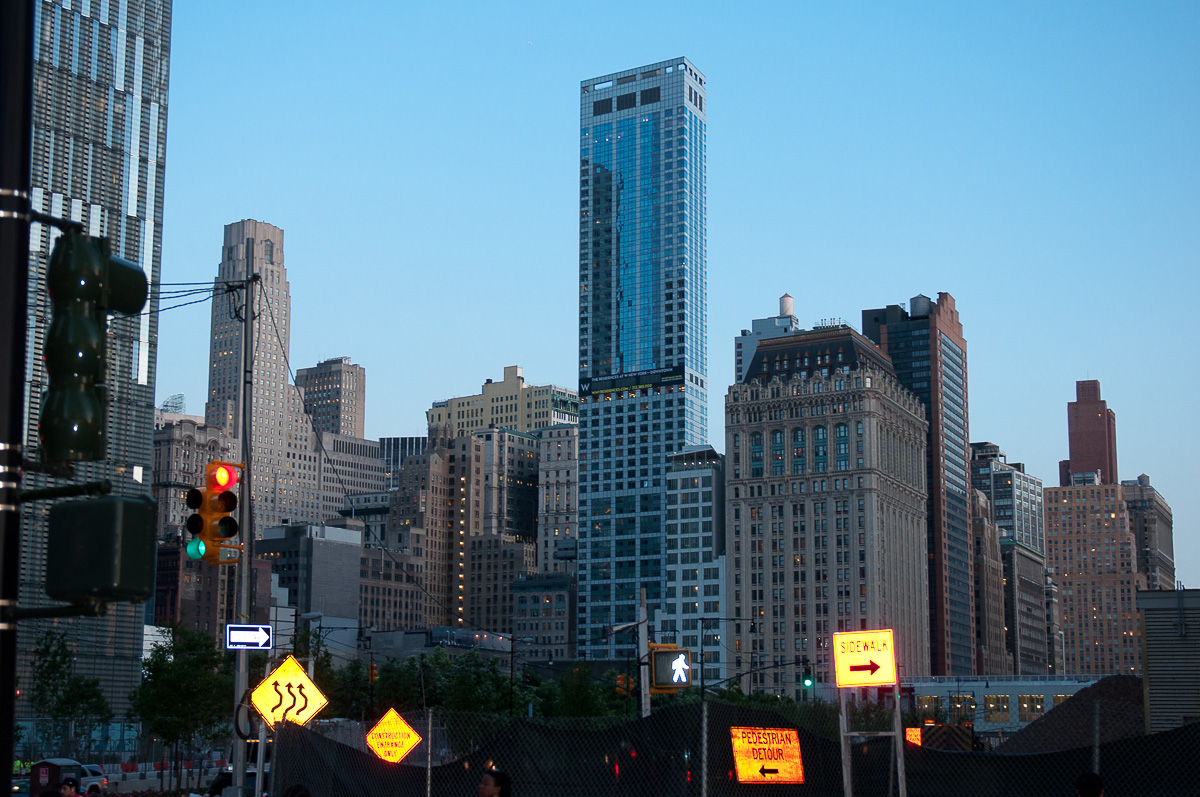 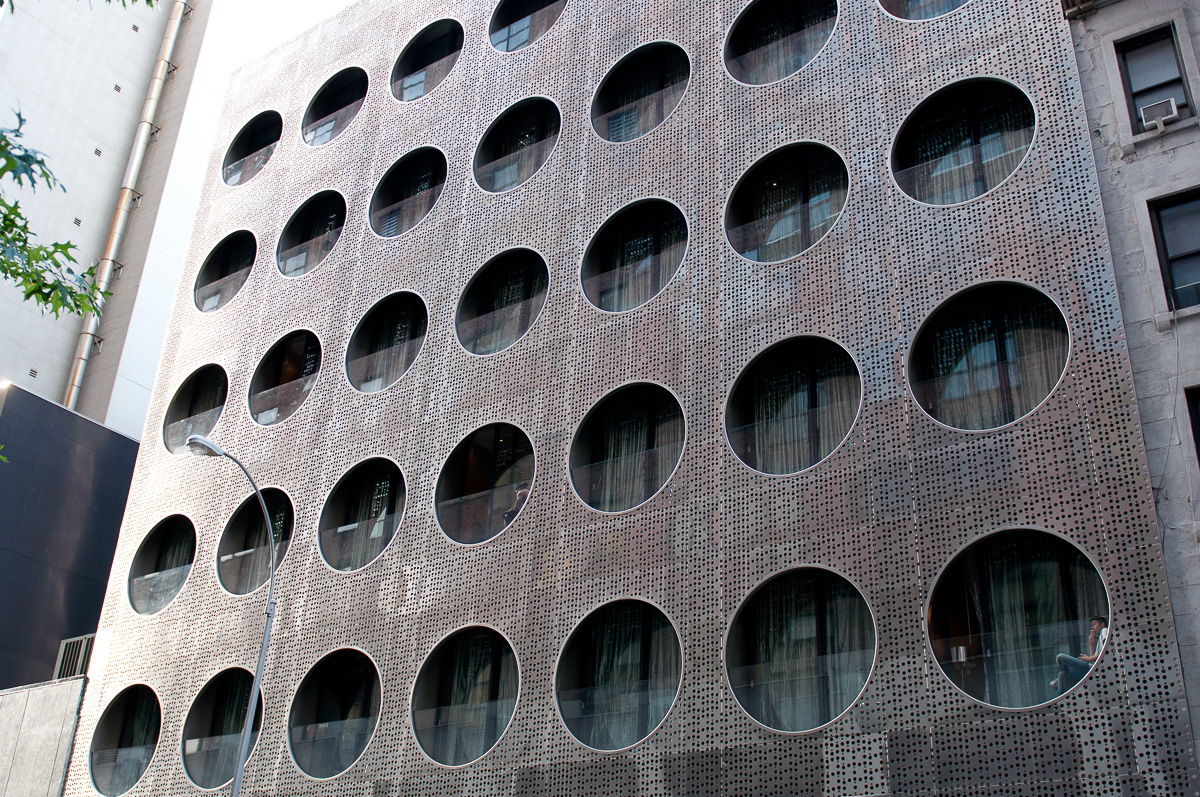 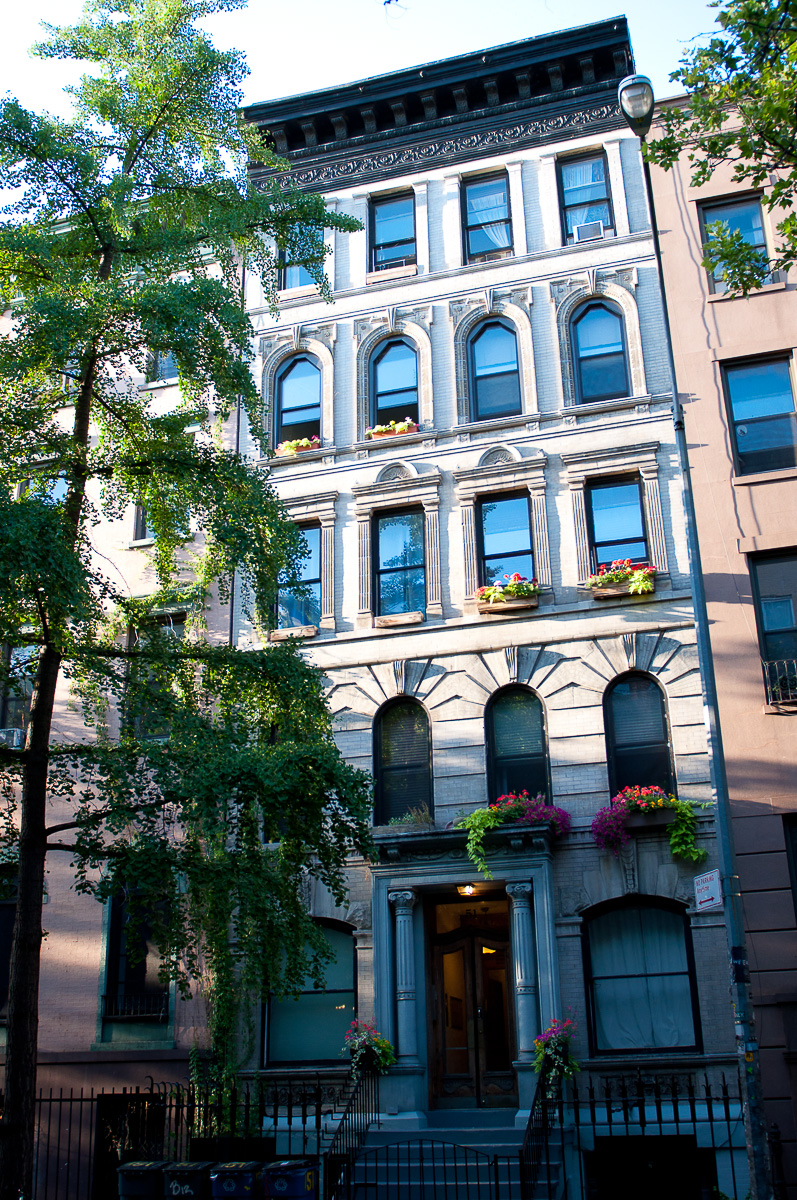 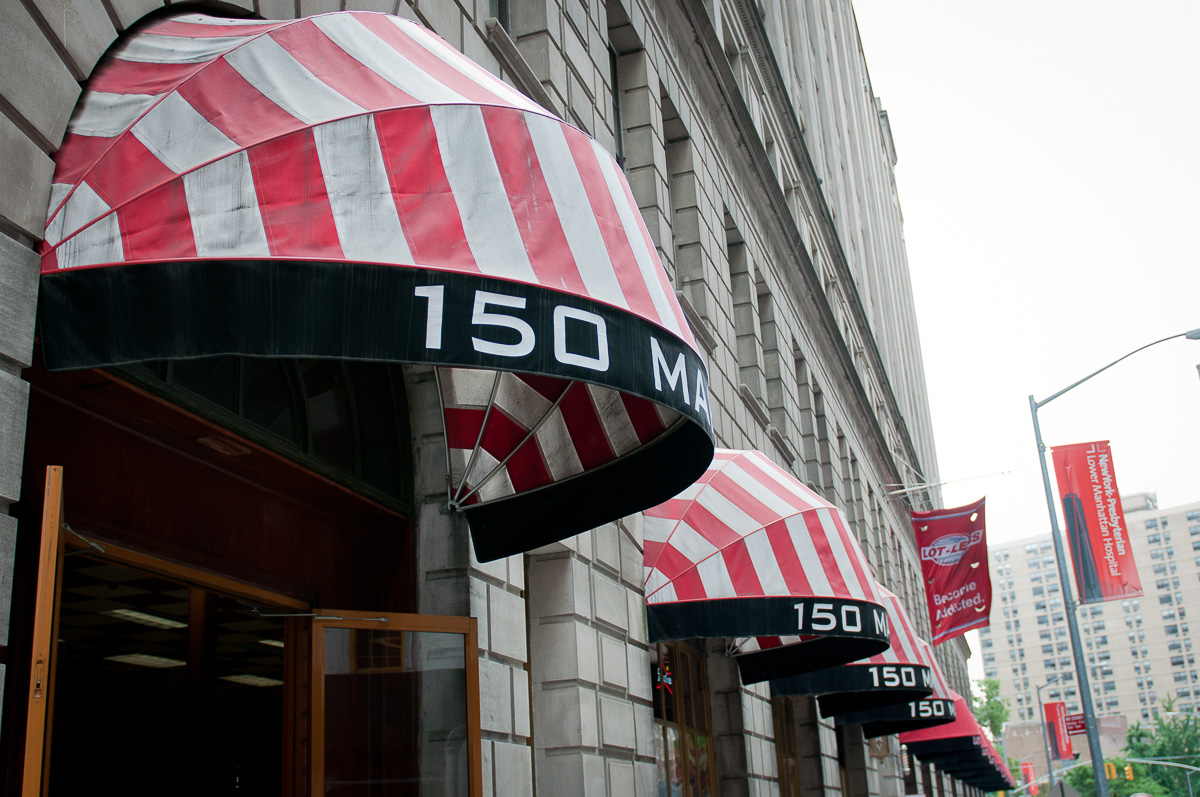 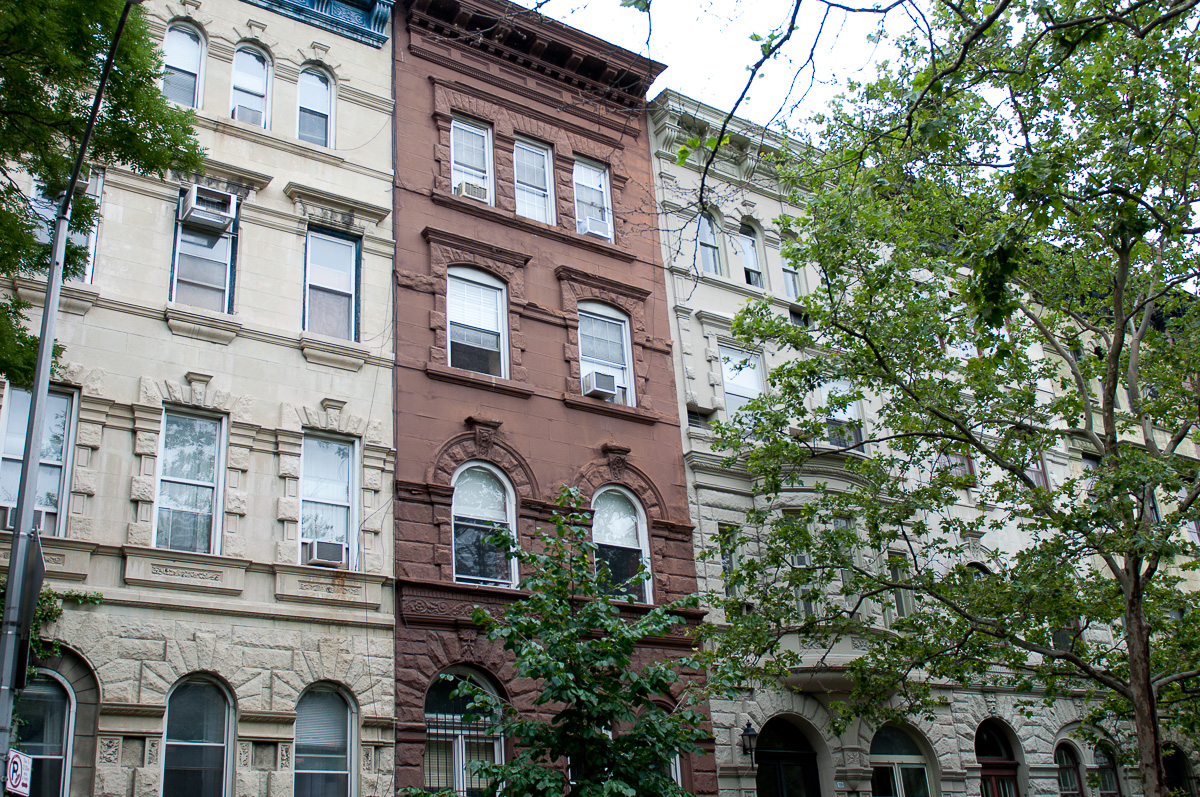 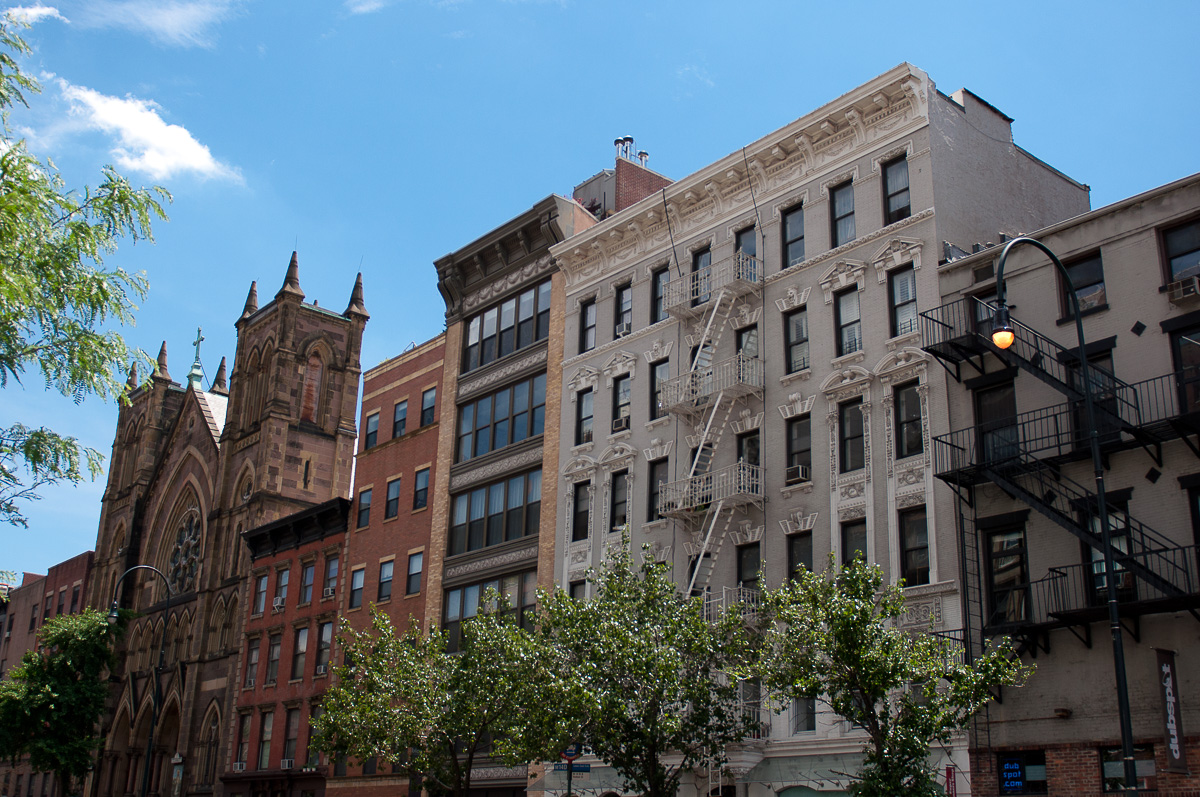 We packed in a lot of sights and a lot of food, but I equally treasured our almost daily visits to various parks. We’d spread out with our Kindles and read for an hour or more, a luxury that never ever happens at home. 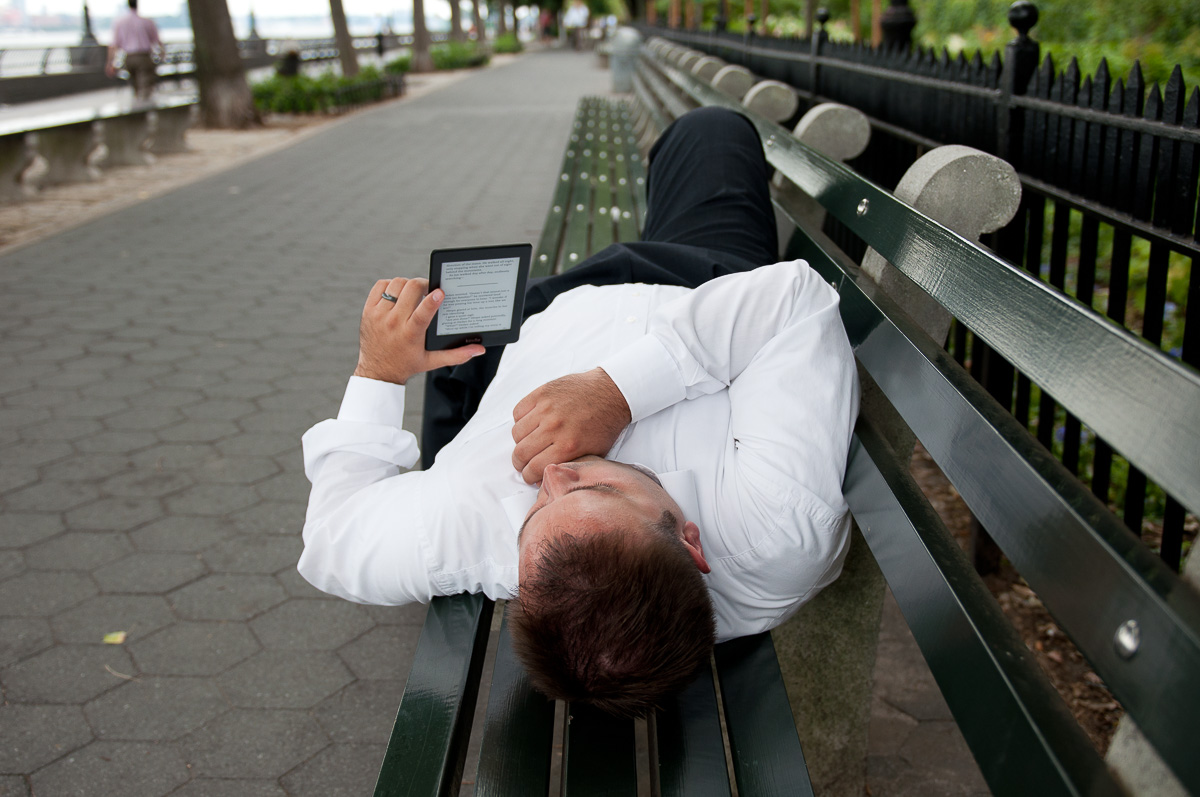 Plus, you can’t really beat relaxing with a good book next to views like this. 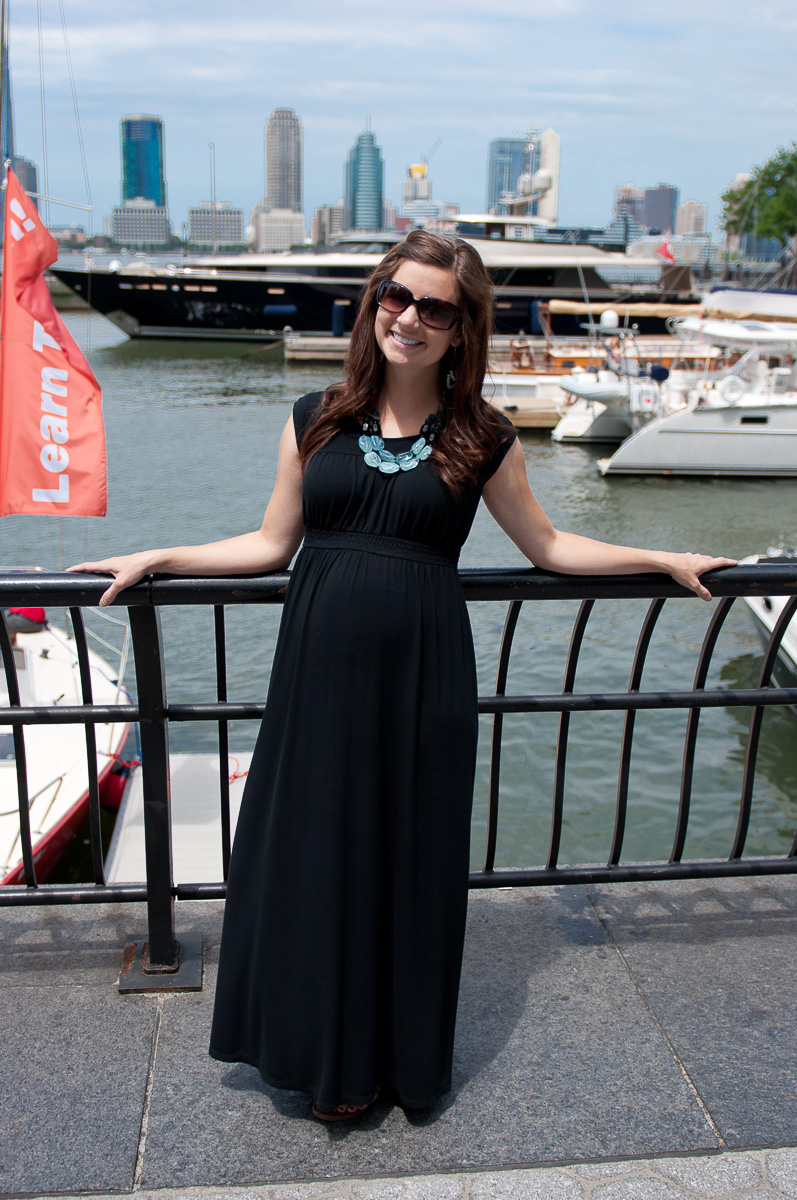 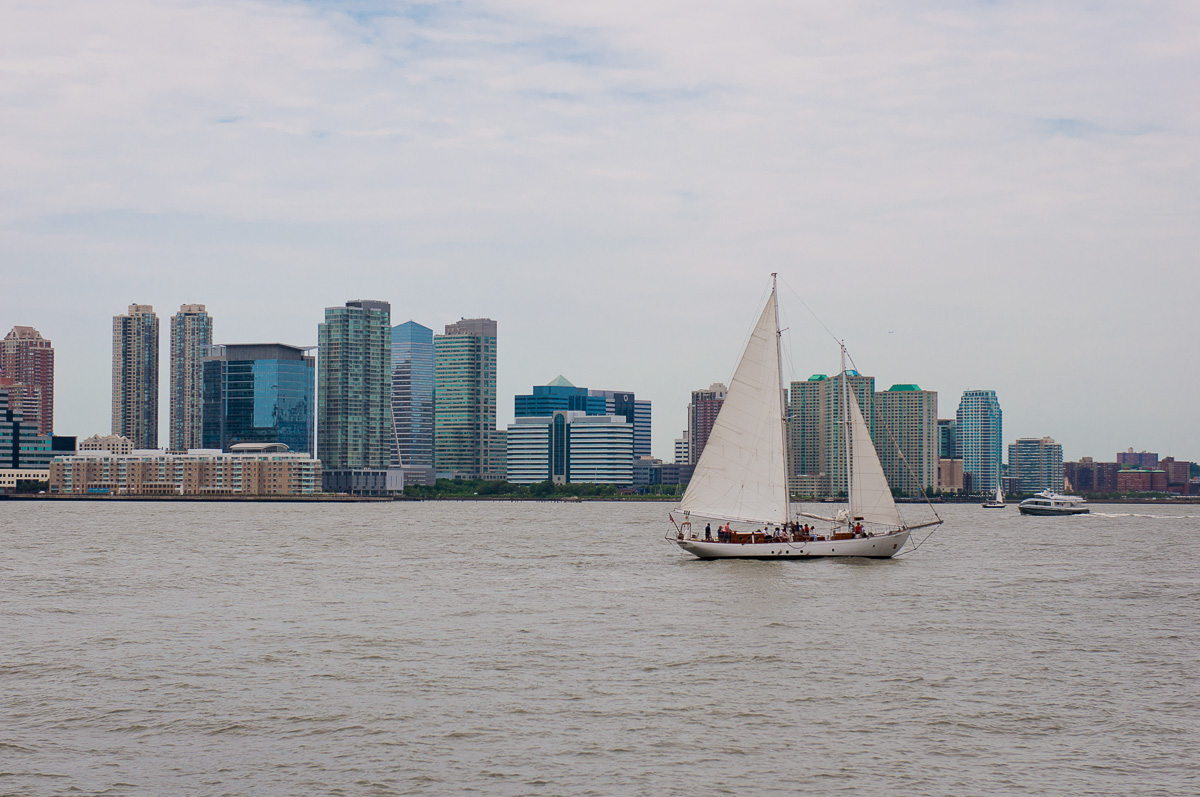 Yachts, Jersey City, boat traffic on the Hudson River and the Statue of Liberty off in the distance. And perfect weather the entire week. It doesn’t get much better than that. 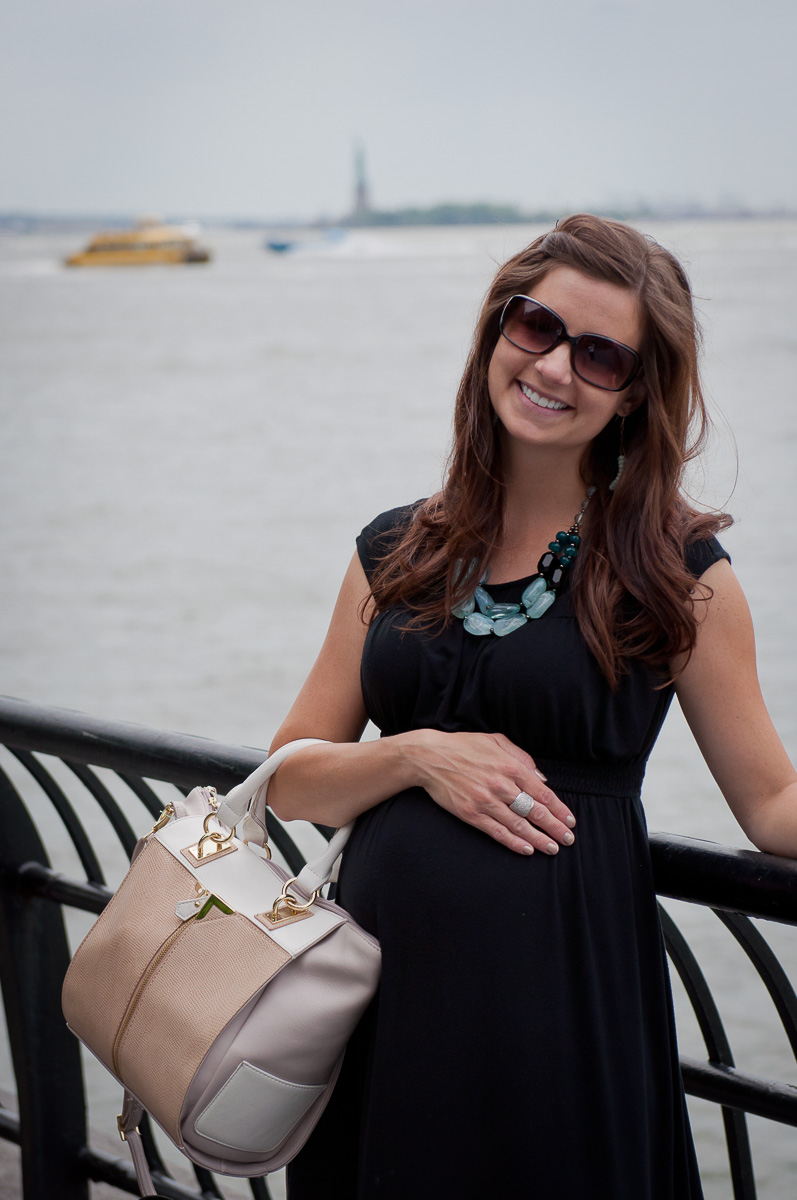