Our summer filled up so fast that somehow we didn’t make it out on the boat until mid-July.

When I announced our plans the morning of the outing, the boys may have been more excited than they were for Christmas.

After a battery-charging delay (it’s always something), we ventured onto those blue waters at last. 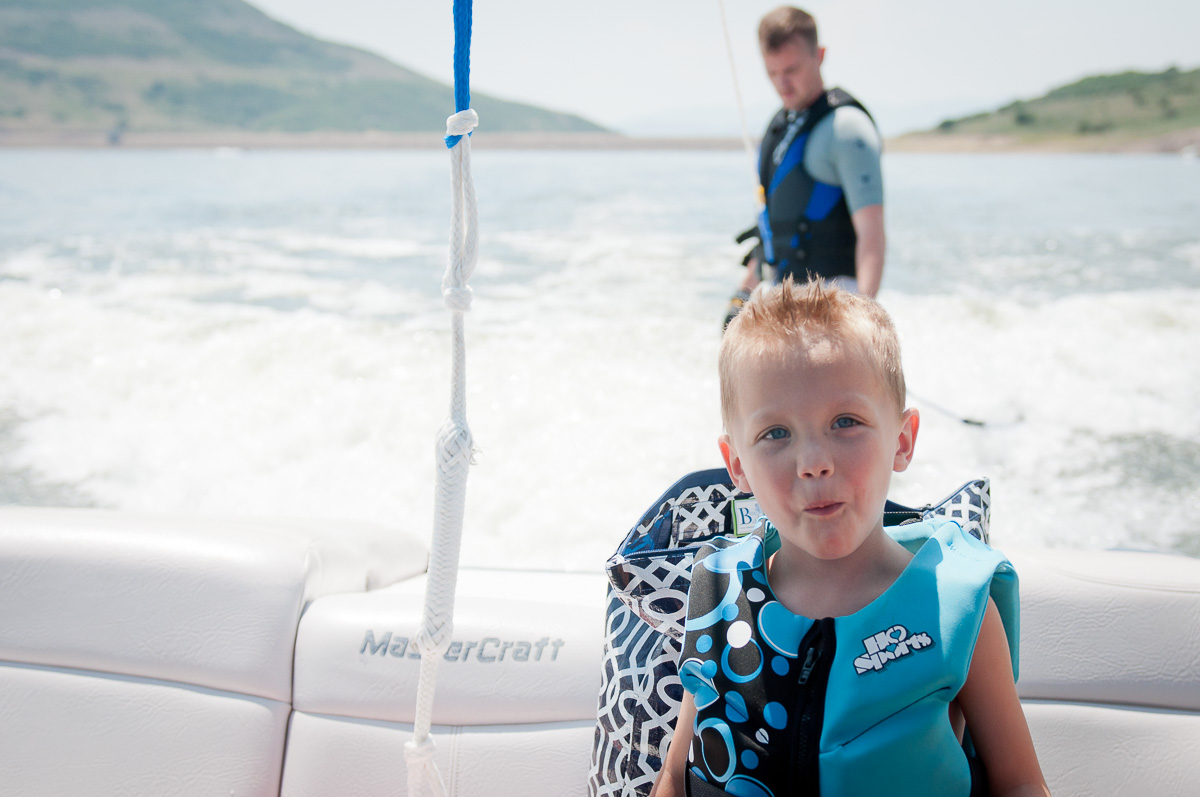 Nash was quick to jump right in and set up for surfing with his uncle. 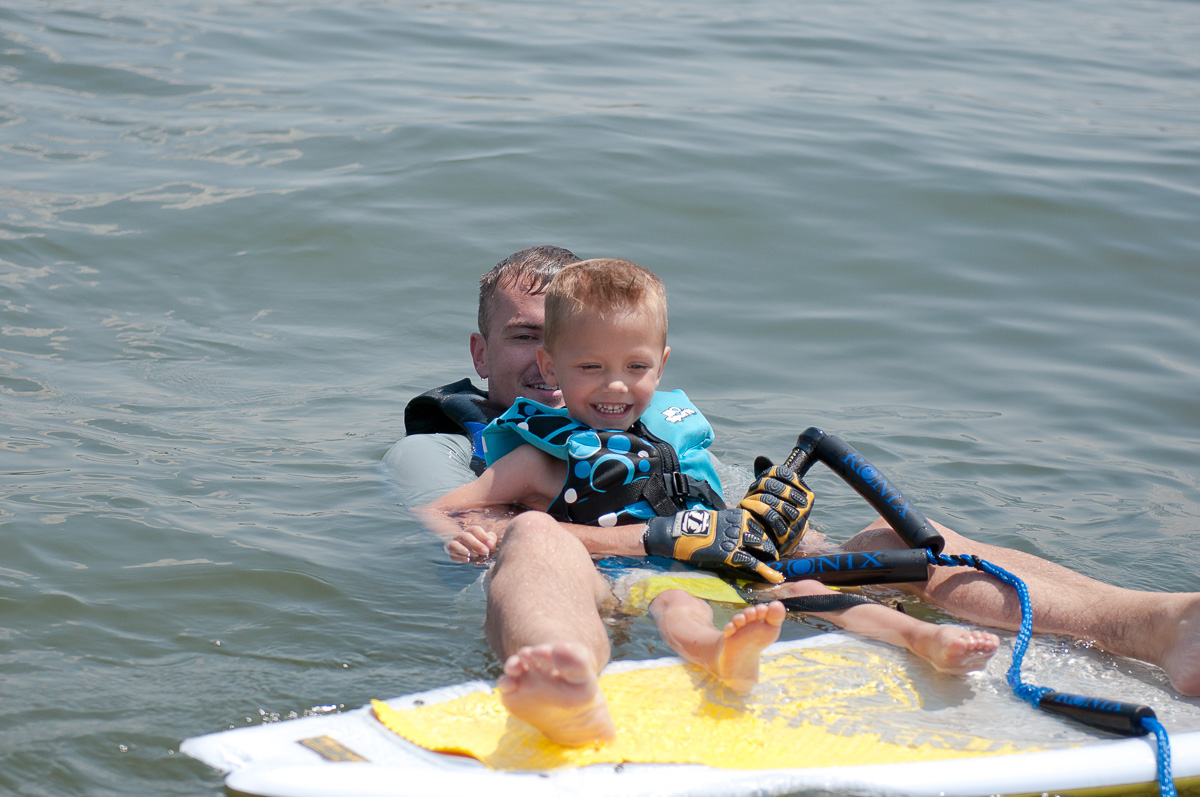 He didn’t wipe that smile off his face the entire time. 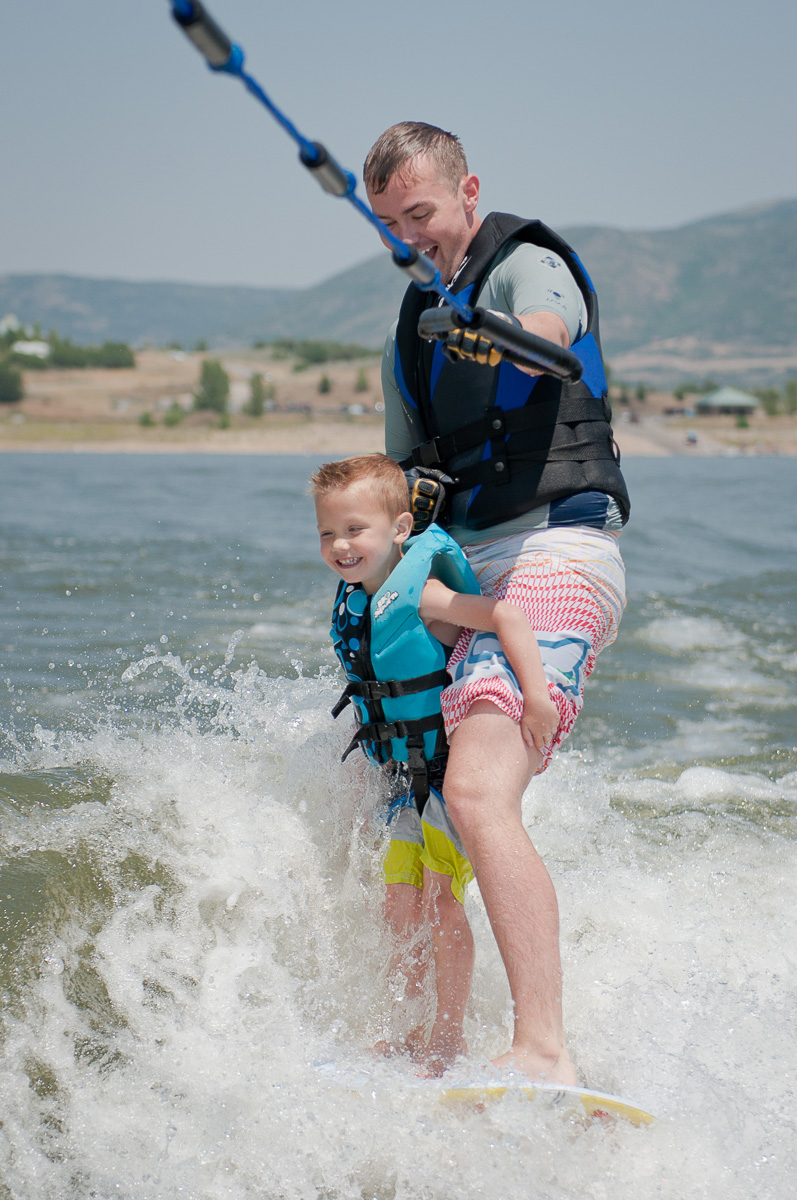 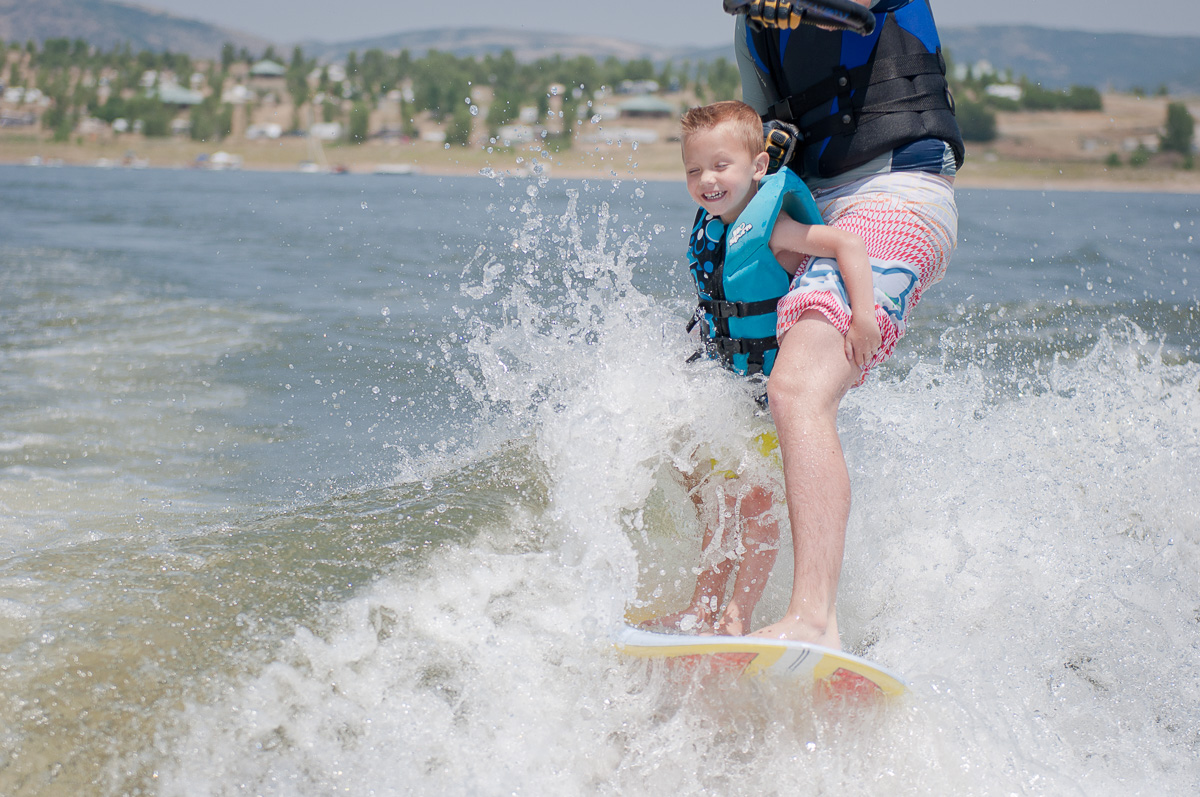 Even when he was cold and shivering, the smile remained. 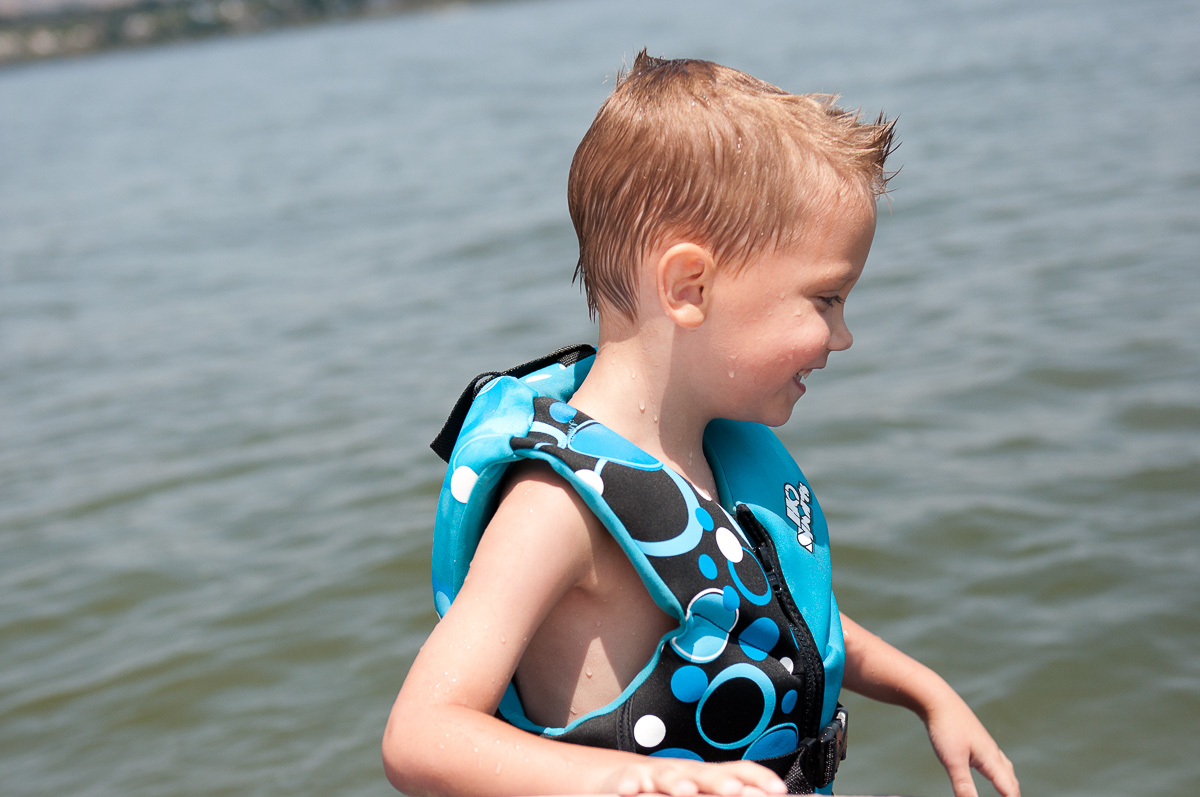 Nash wasn’t the only one smiling. Crew rather enjoyed the voyage as well. 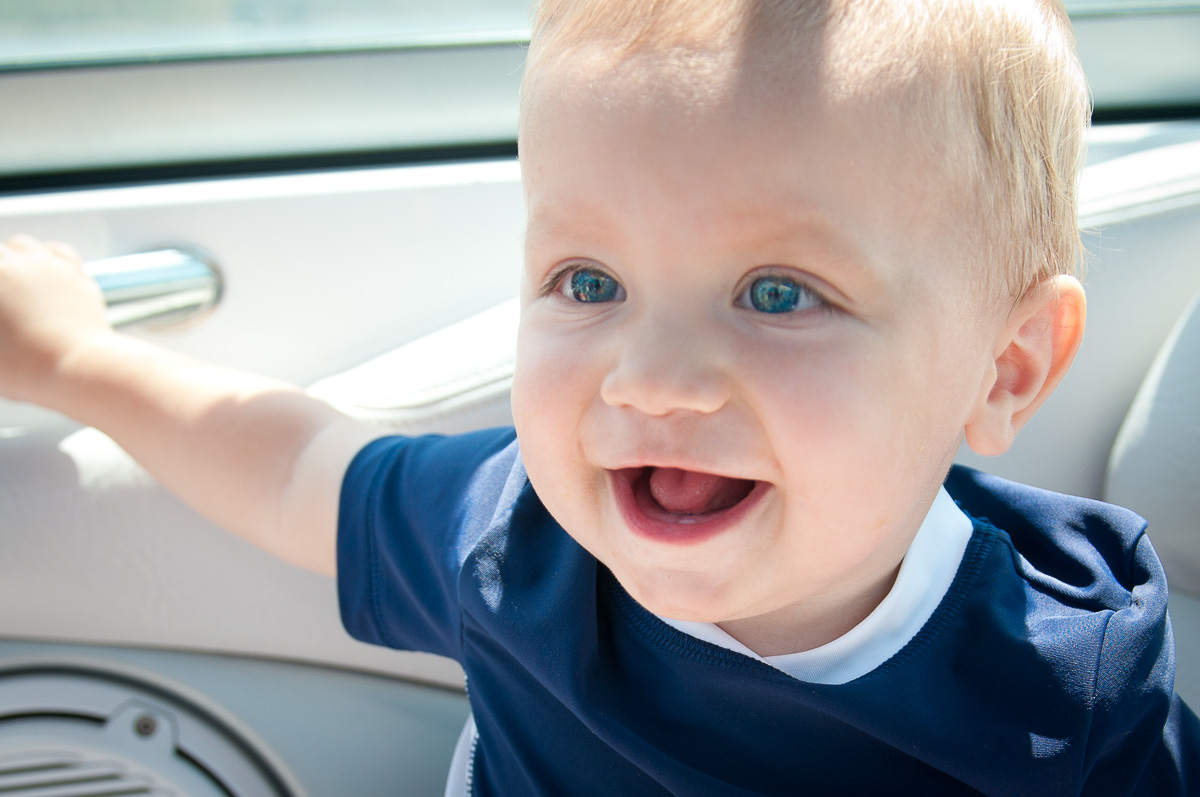 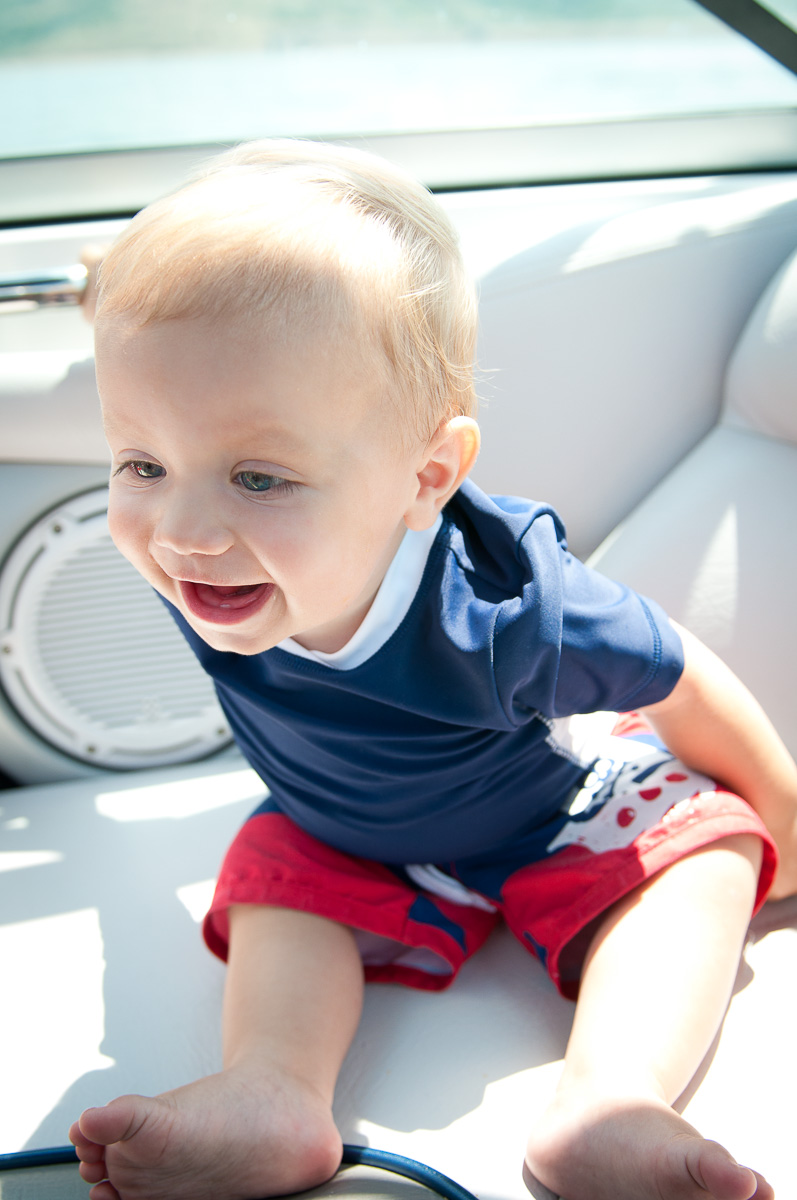 I had a moment of realizing how much these two have grown up. It seems like just yesterday I was rocking them to sleep on the boat. This year, they hung out by themselves in the bow, without needing any adults nearby to make sure they didn’t fall. 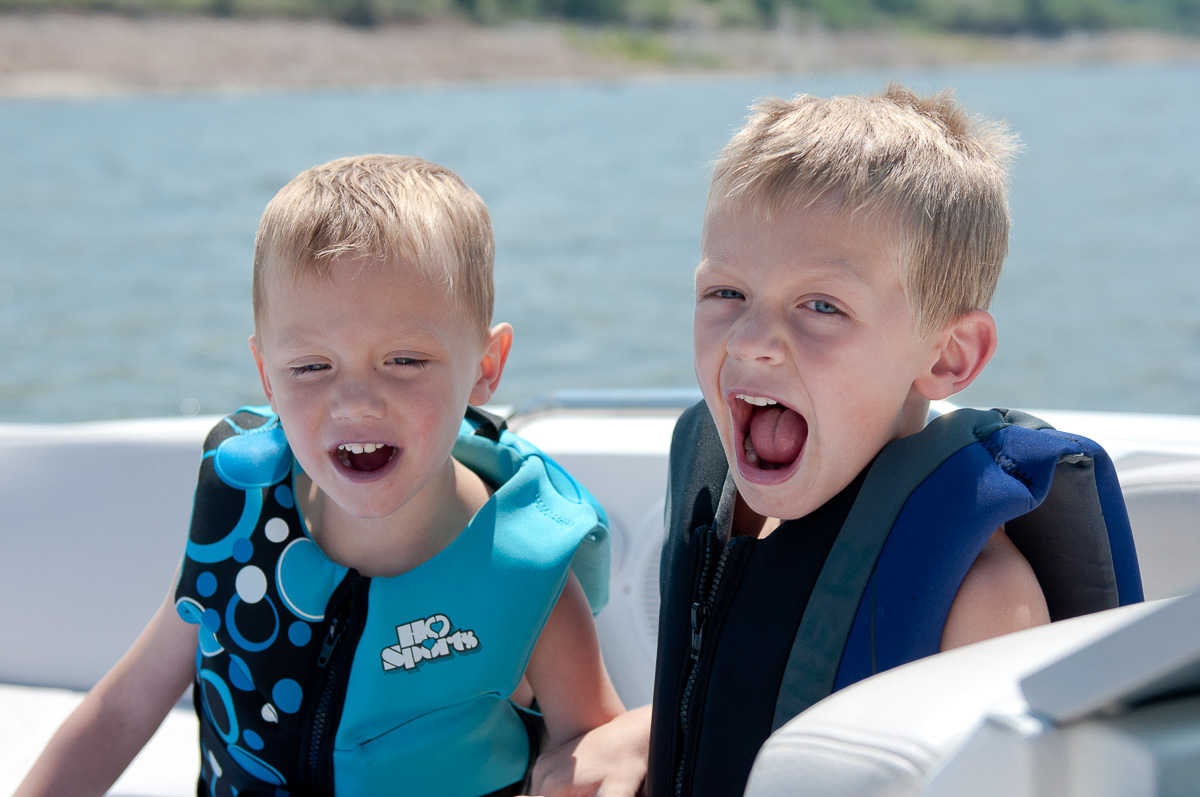 They were in their own little world up there. 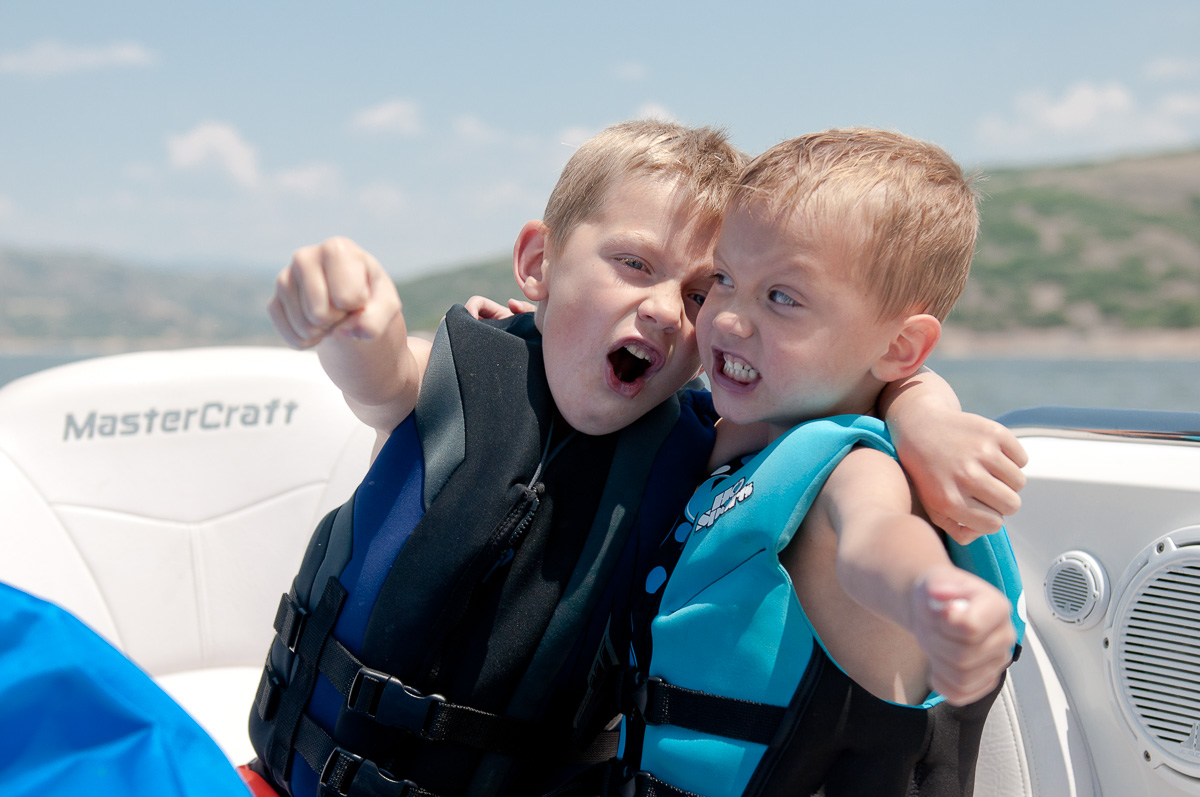 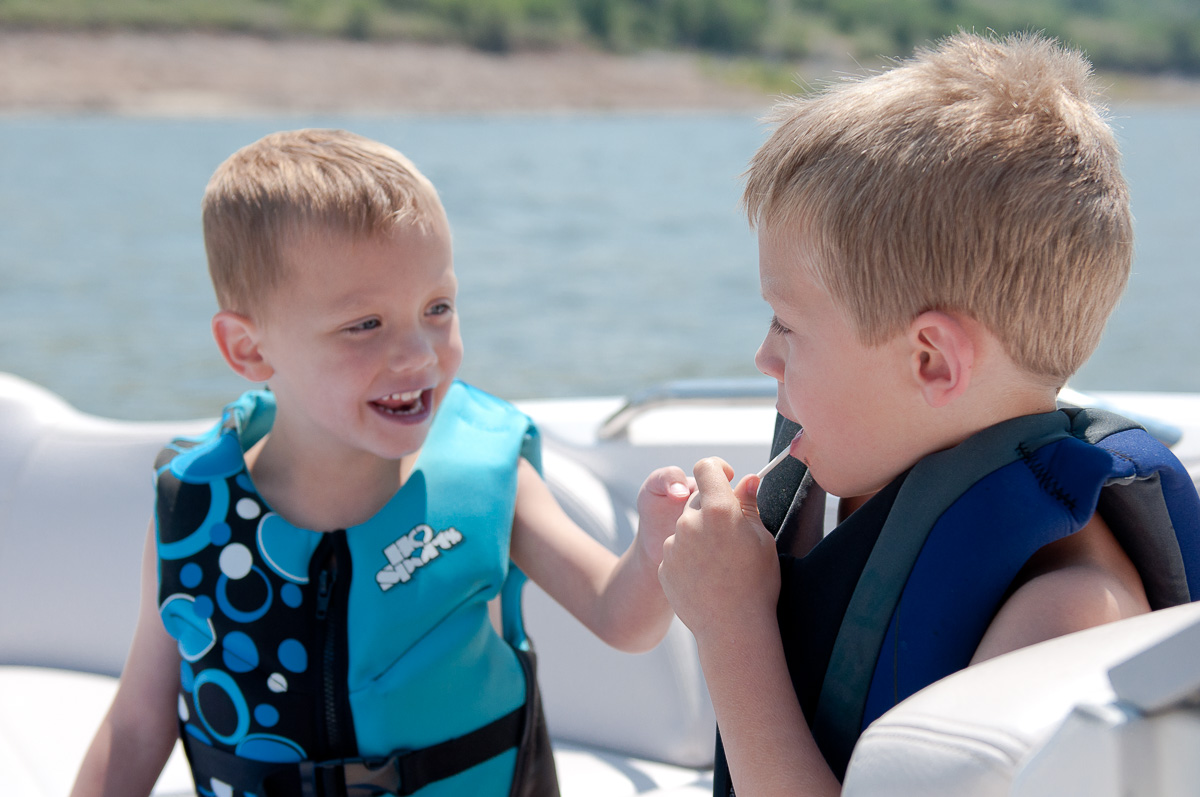 It’s a good thing we still had a baby around so I didn’t have to get too sad about Blake and Nash acting so grown up. As much as I would have loved to snuggle Crew to sleep, I knew there was no way that feisty boy would sit still in my lap. His carseat was a lifesaver on the boat. 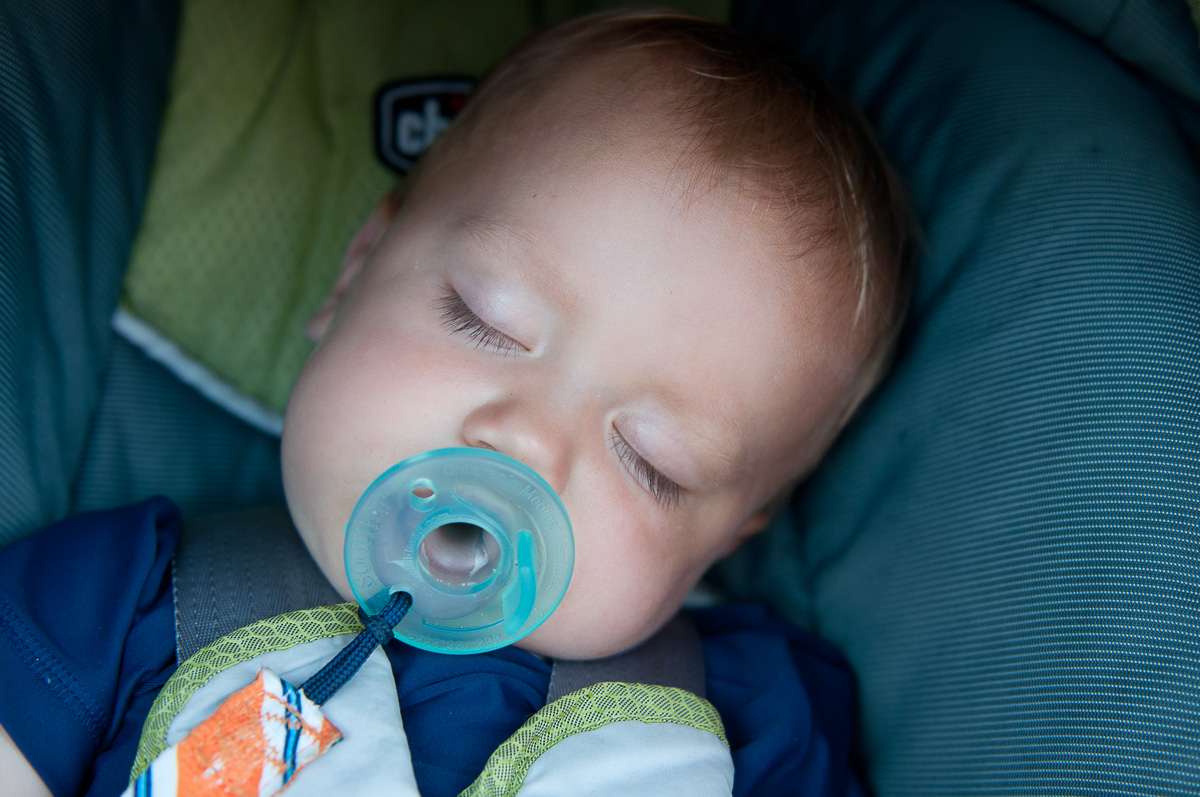 After many rounds of surfing (sadly, not for me this year), the boys insisted on ending the day with the tube even though the winds were picking up. They enjoyed jumping from the boat onto the tube just as much as actually being pulled. Even if it meant that their dad was flicking water at them. 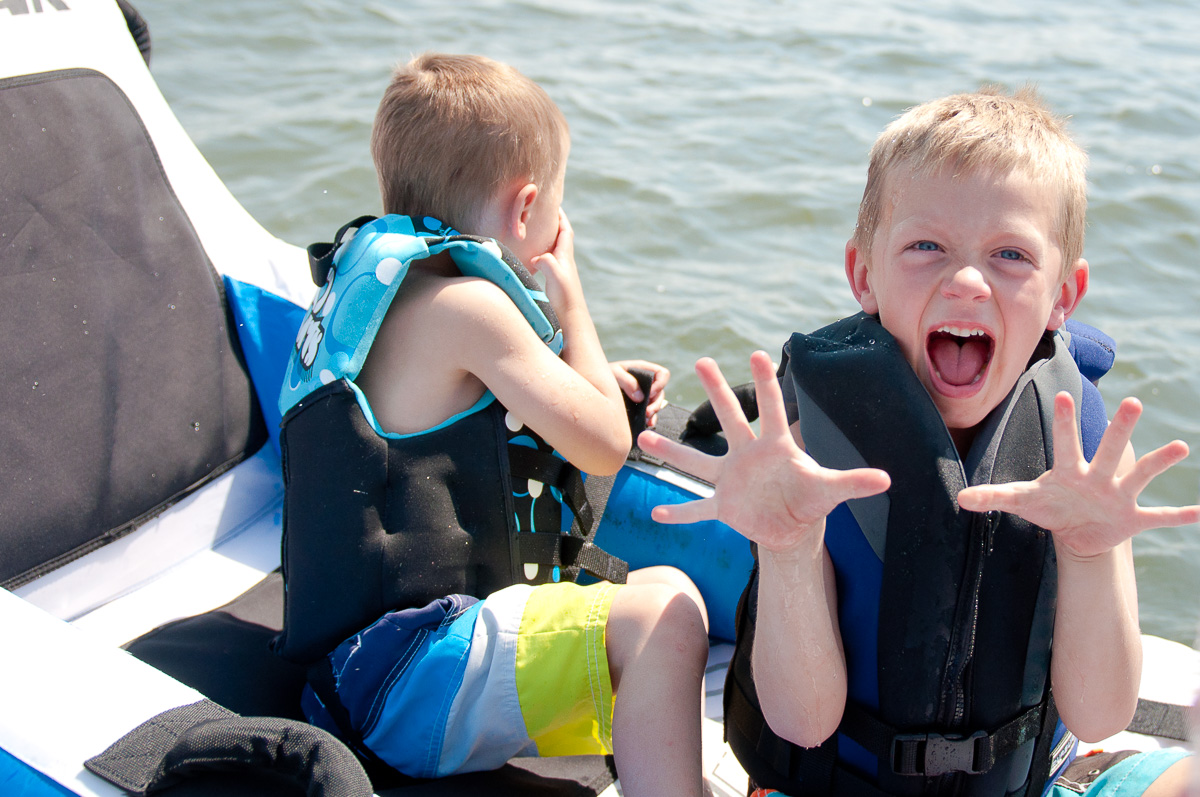 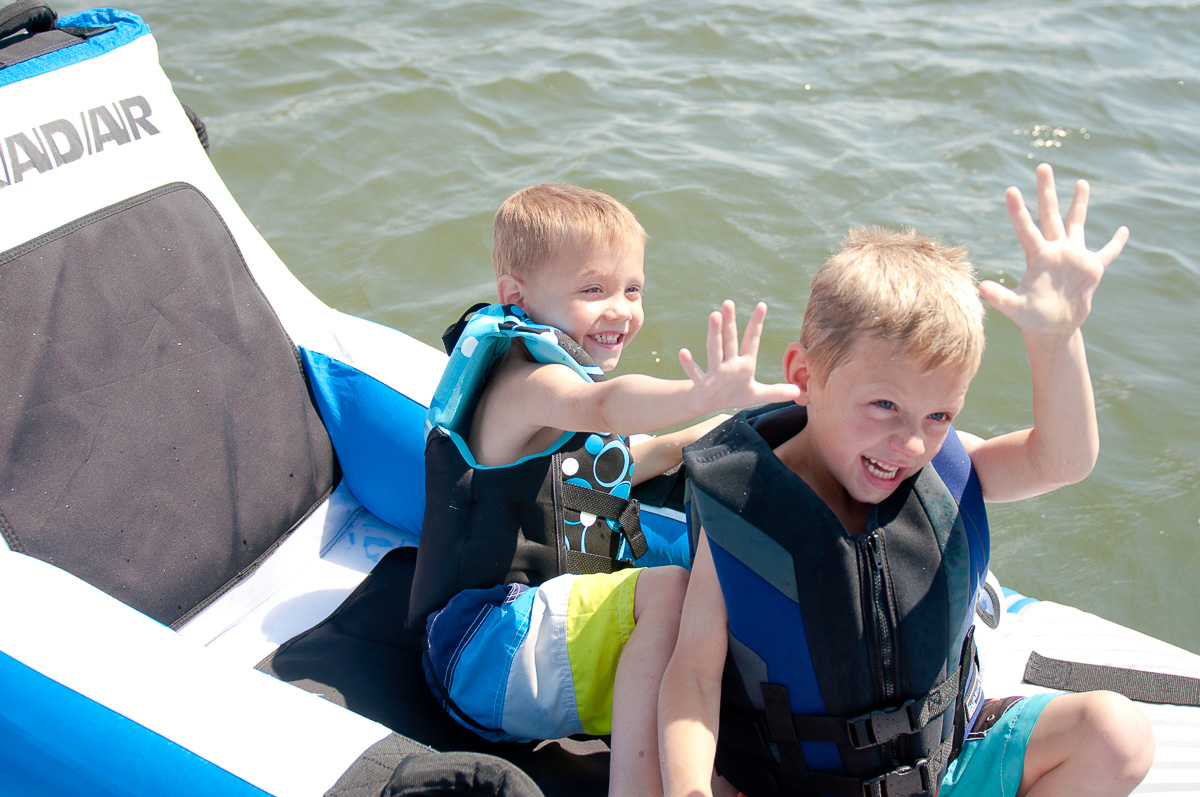 We’re hoping the summer doesn’t pass us by without at least one more trip to the lake.