Our neighborhood park was transformed into the City of Fun last week.

For the last three months, the boys have had a constant countdown going for this one summer event.

There is nothing more magical to them than seeing the park where they play soccer and Tball, and where we picnic, play and ride bikes, become a bustling summer carnival.

We made it home from New York a day before the fun began and we drove through the park on the way home from the airport to ooh and ahh over the rides that were being set up. You could cut through the anticipation with a knife.

For a small suburb, our town sure knows how to put on a grand event. 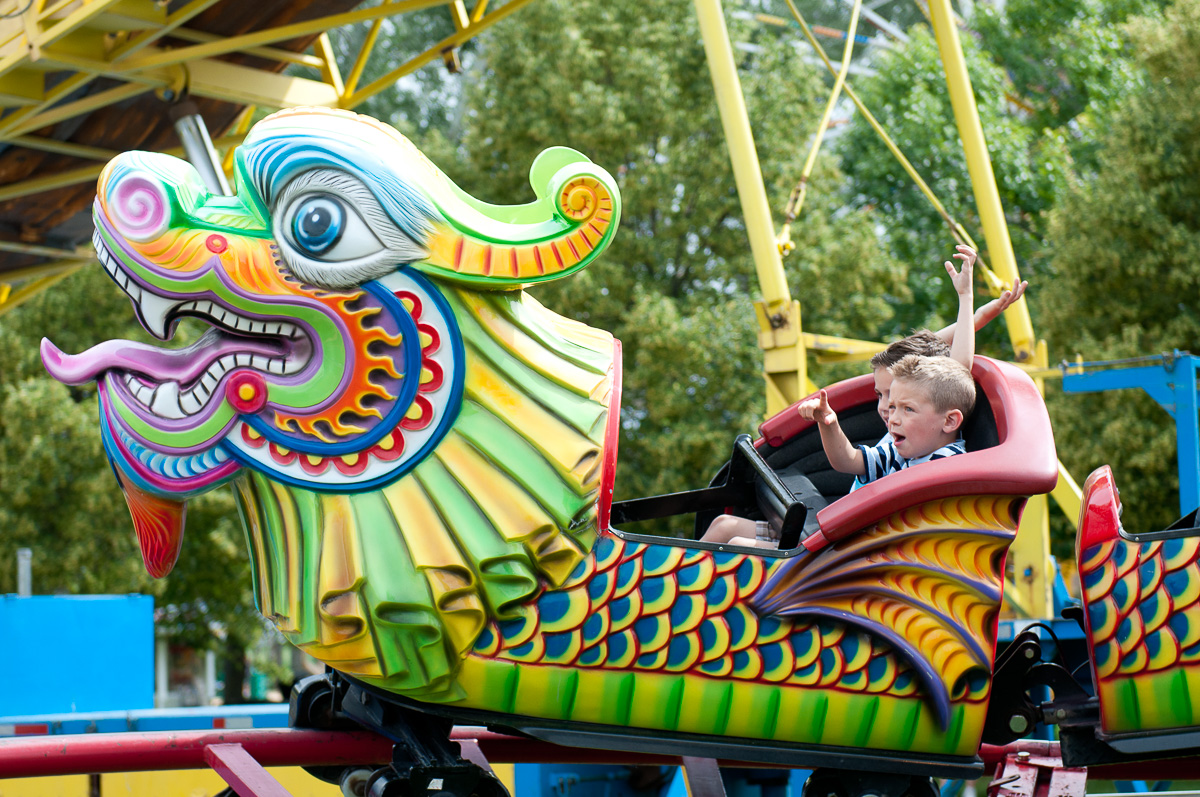 They sent out fliers in advance that said if your children dressed up like characters from Frozen, they could go on the kiddie rides for free. That was great for every girl who already owned an Elsa dress, but we couldn’t exactly dress up the boys like snowmen and mountain men in the June heat. So, we made do with t-shirts and reindeer ears. 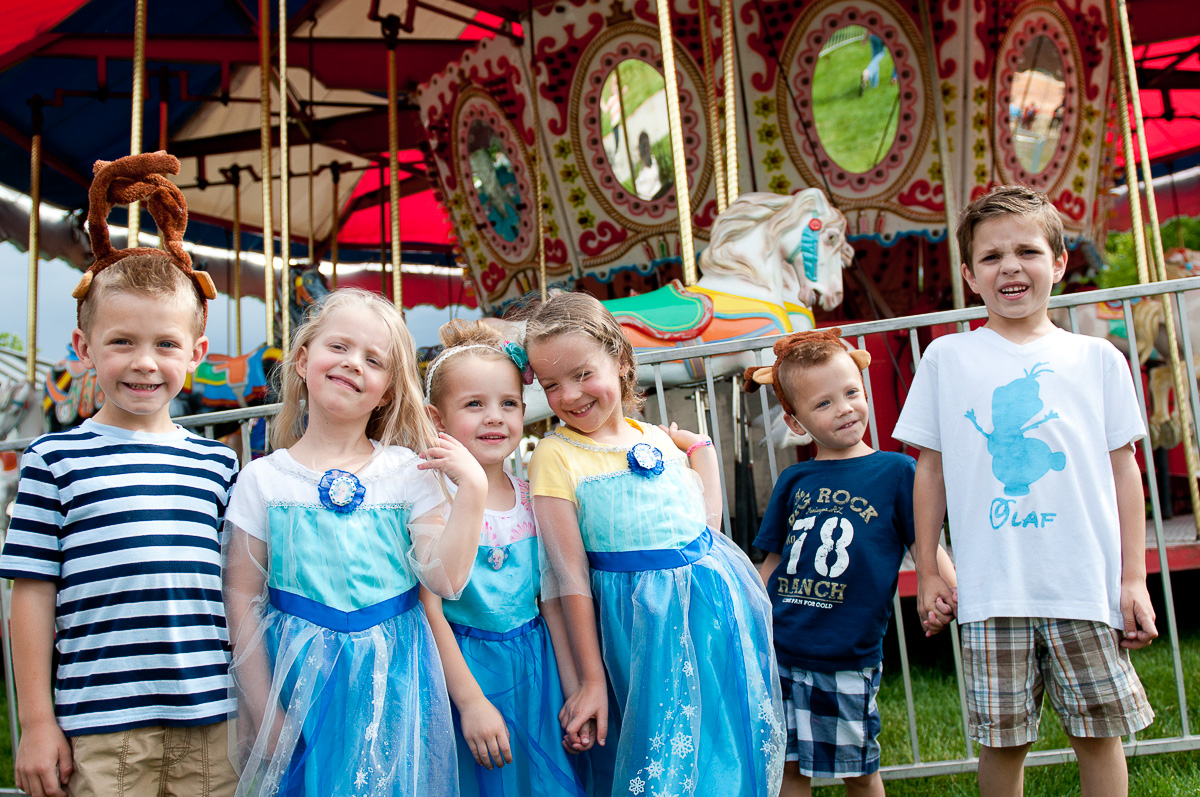 Those reindeer ears were worth their weight in gold. The boys will probably be humiliated when they look back at these photos years from now, but they were proud as could be wearing them around the carnival. 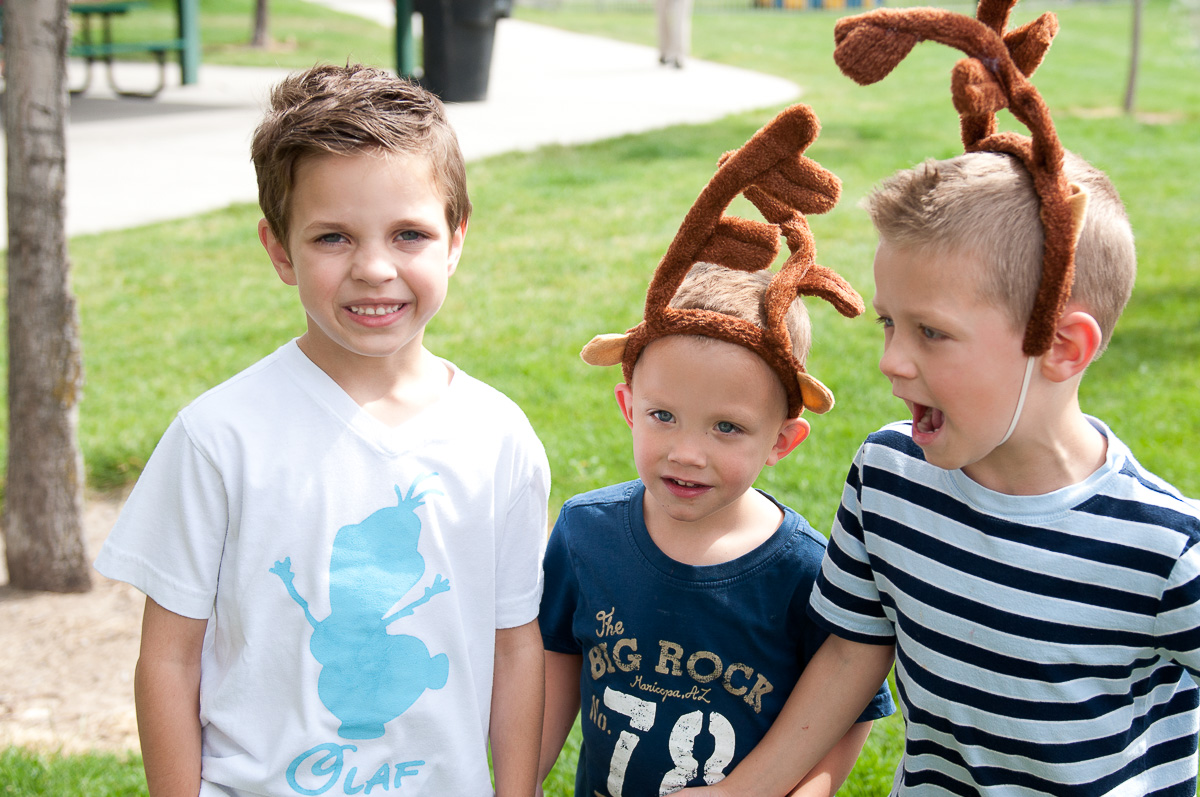 Especially because it meant that they could continuously go on their favorite pirate obstacle course without needing tickets. They climbed up the nets and slid down the long slide and least twenty times in a row. 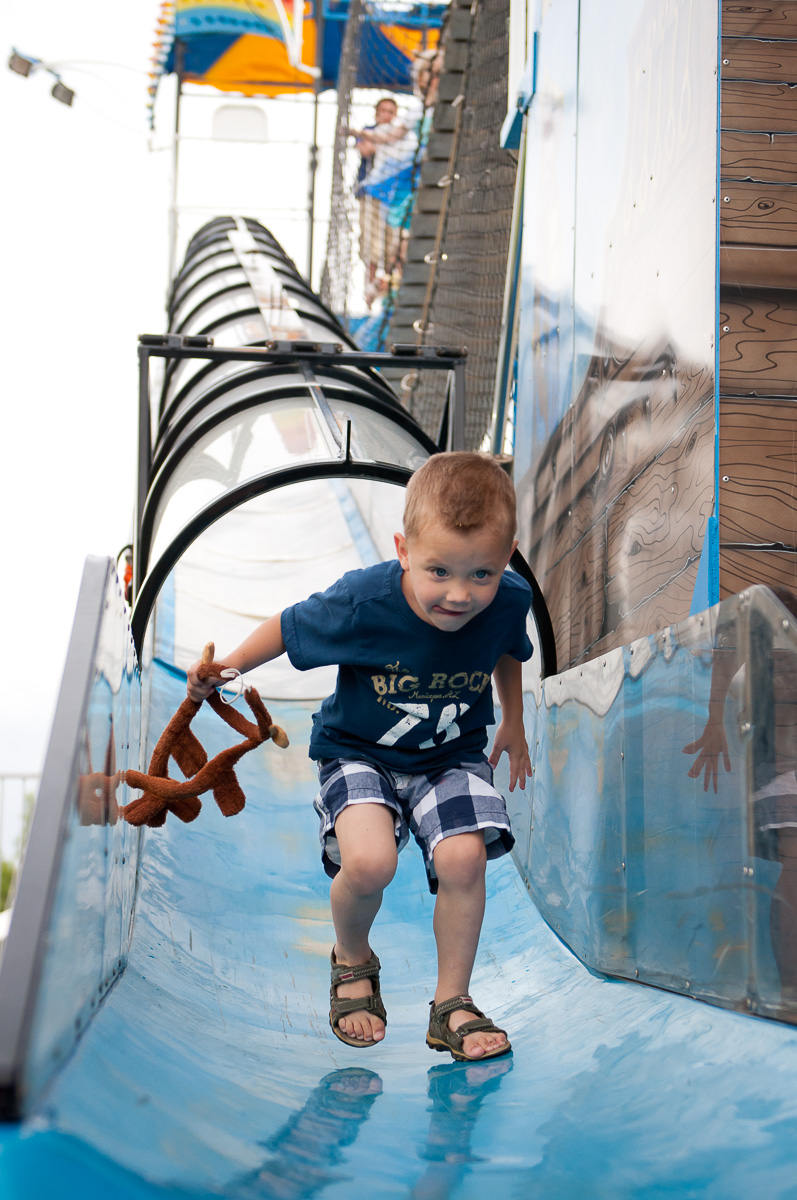 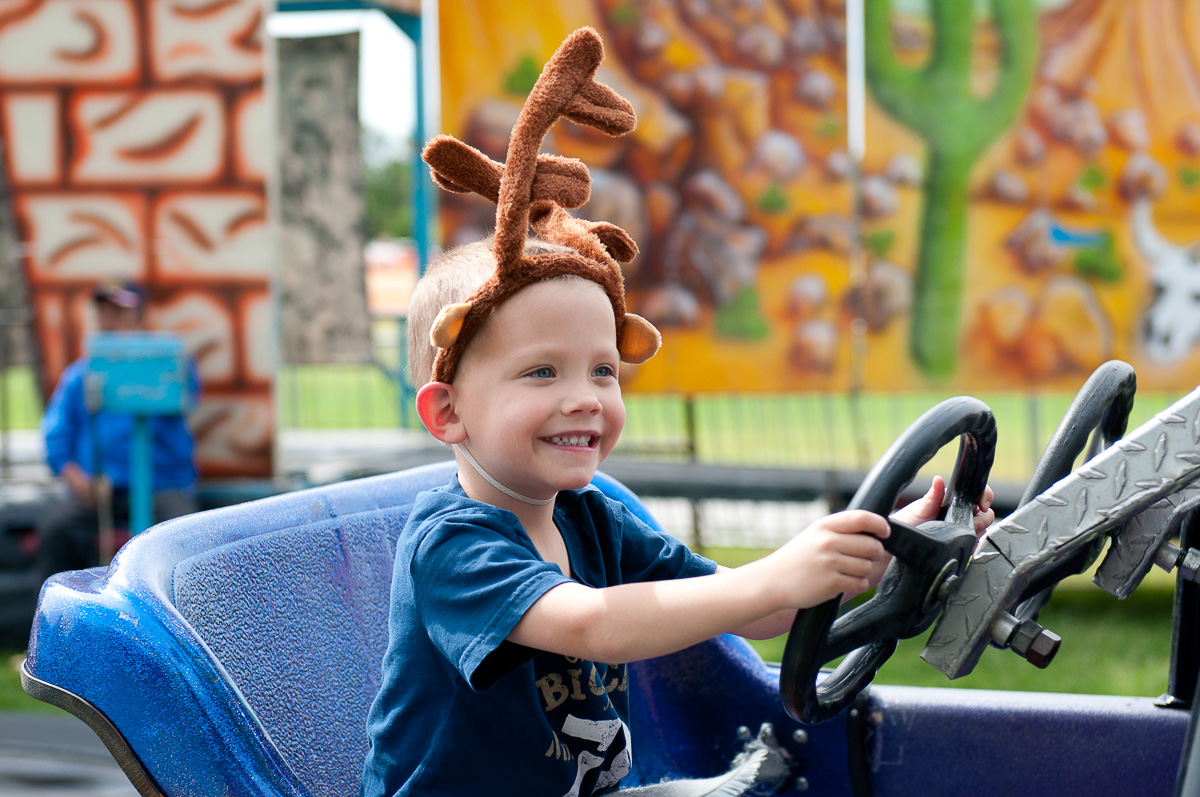 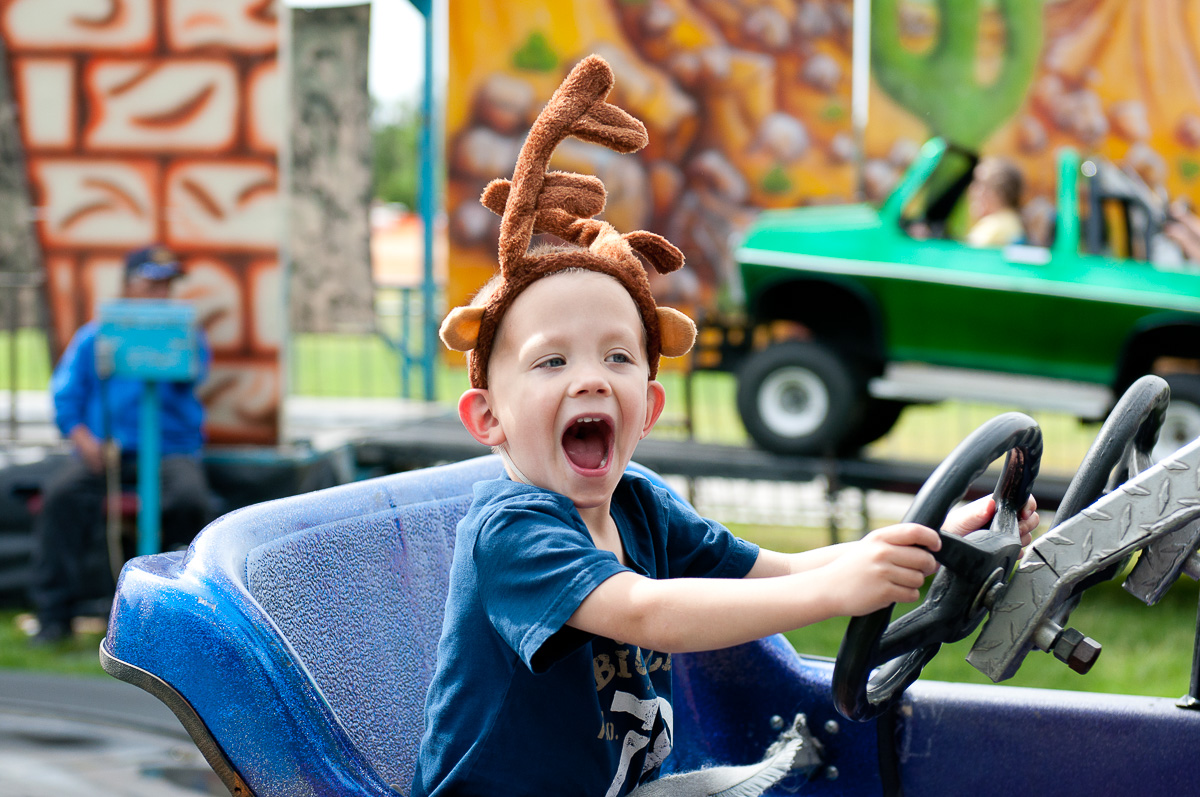 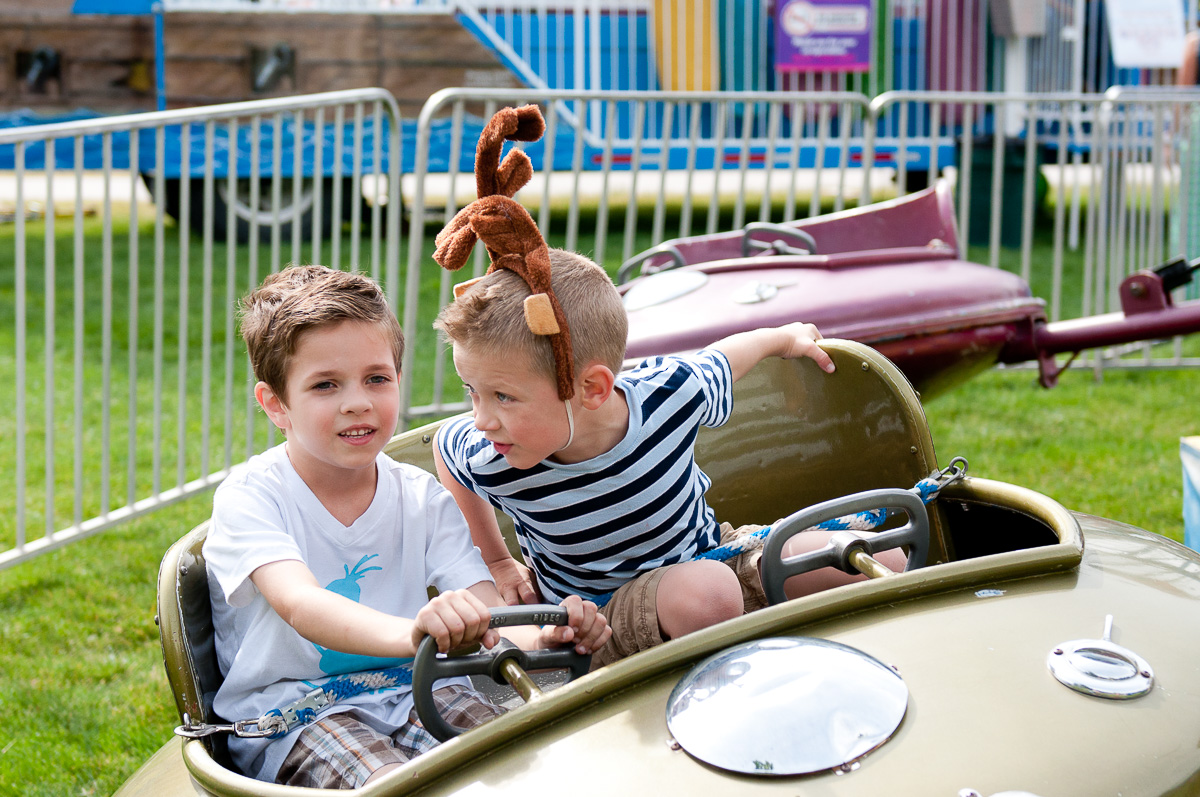 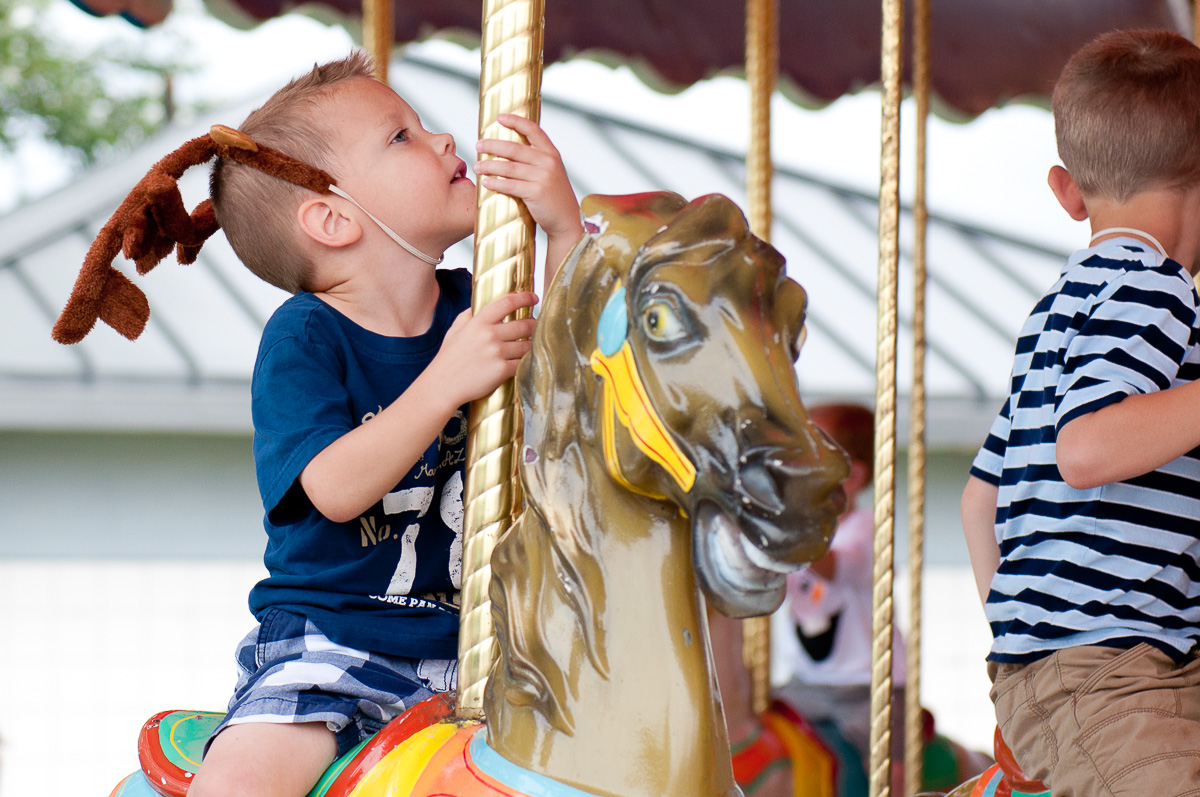 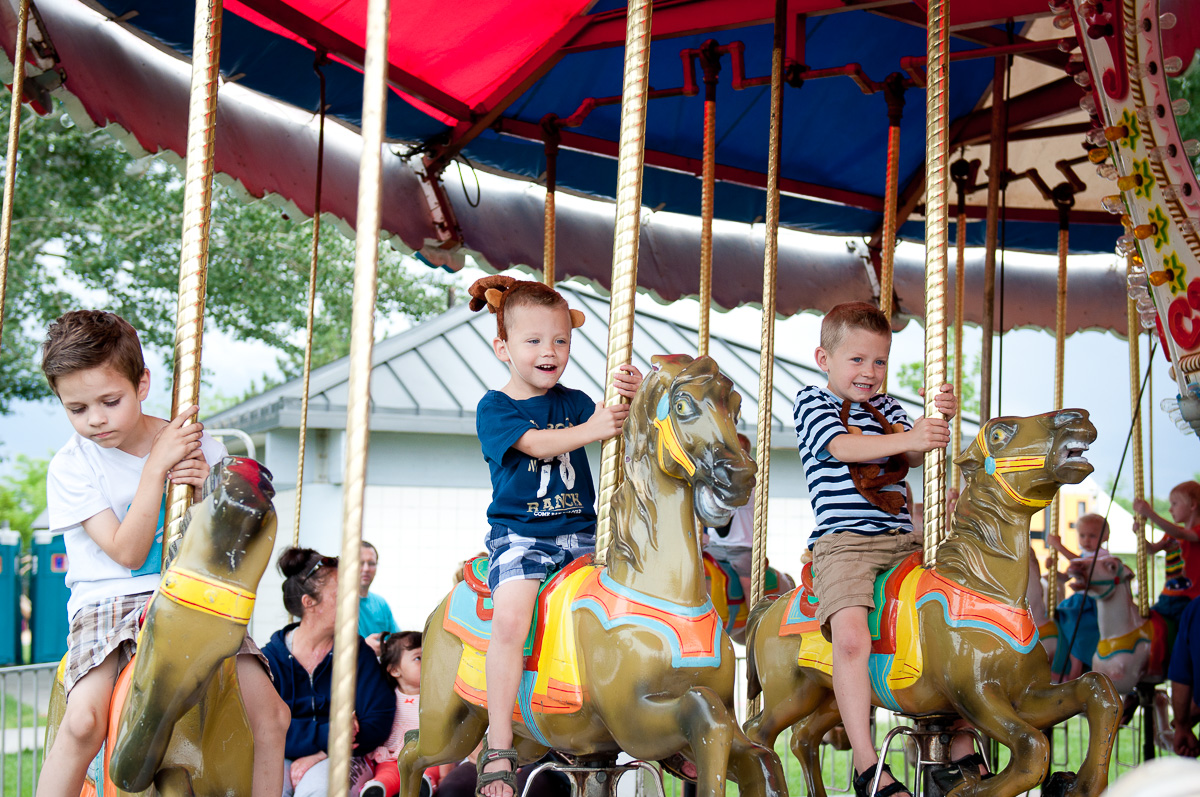 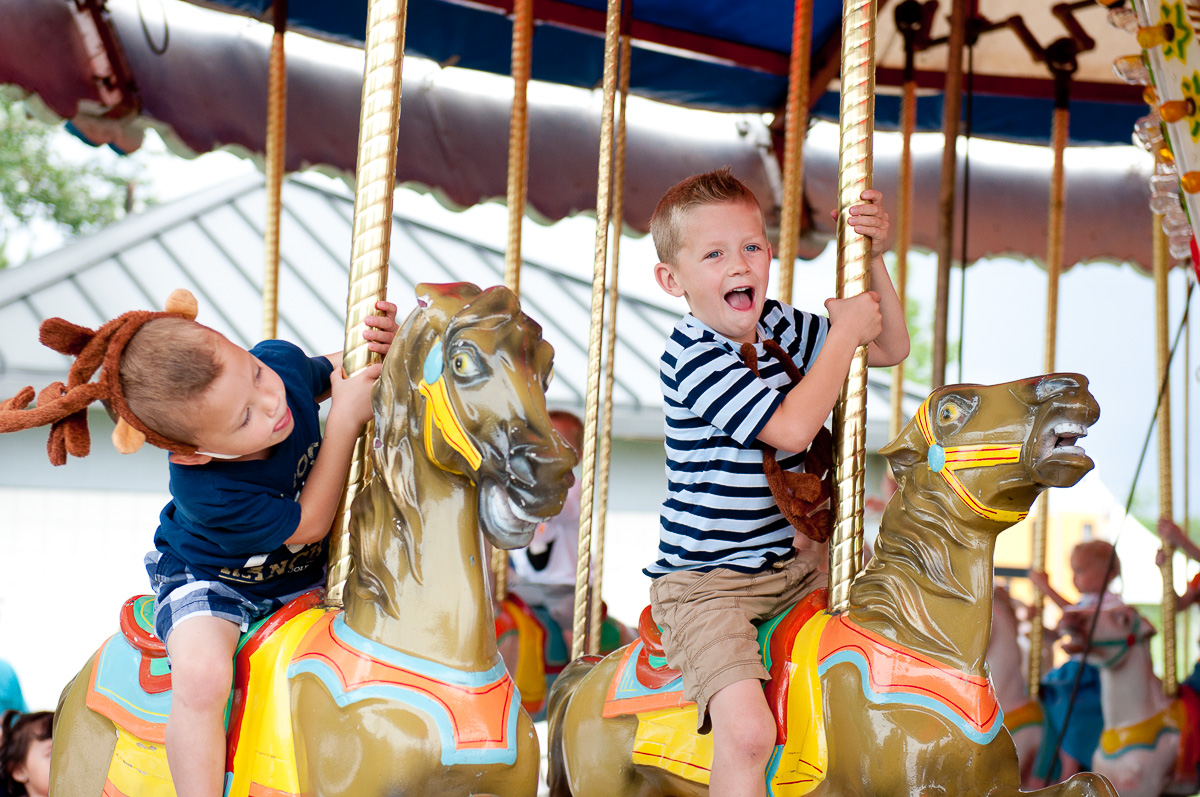 They were even brave enough to tackle the giant Gee Wizz ride. We could barely see Nash’s head over the seatbelt bar, but he had the time of his life. 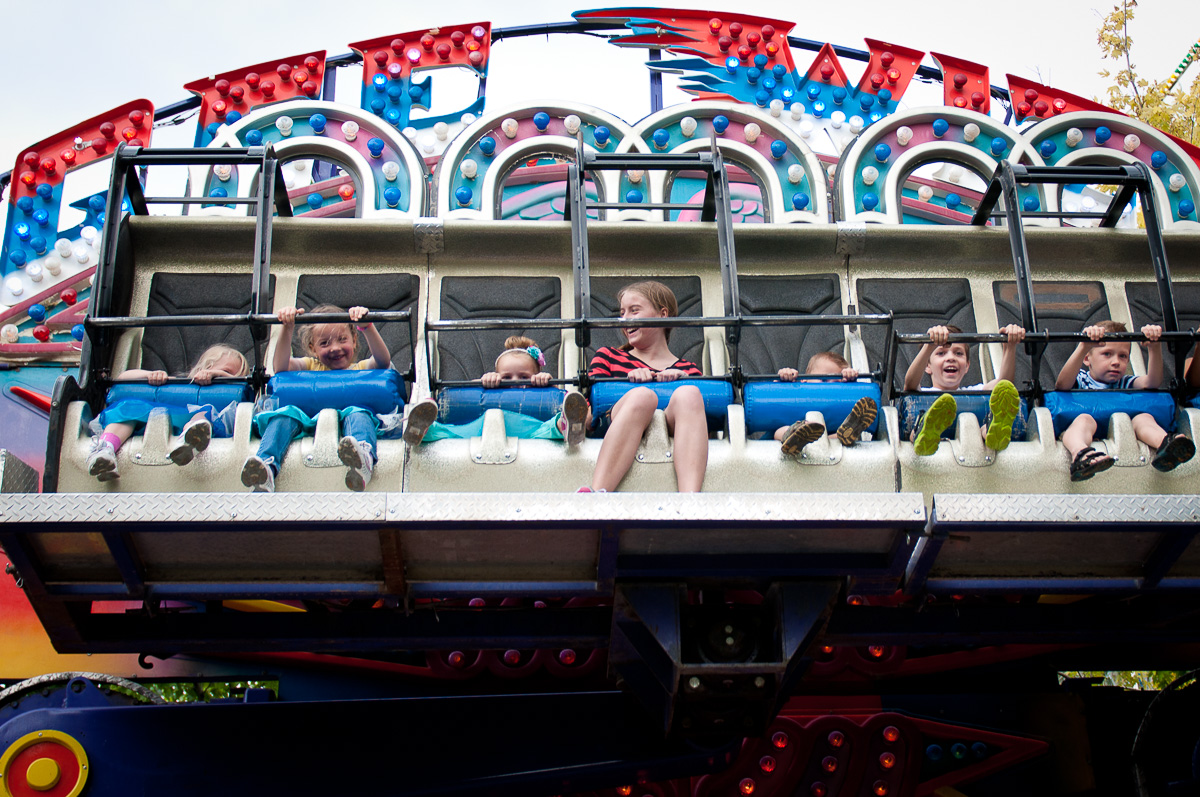 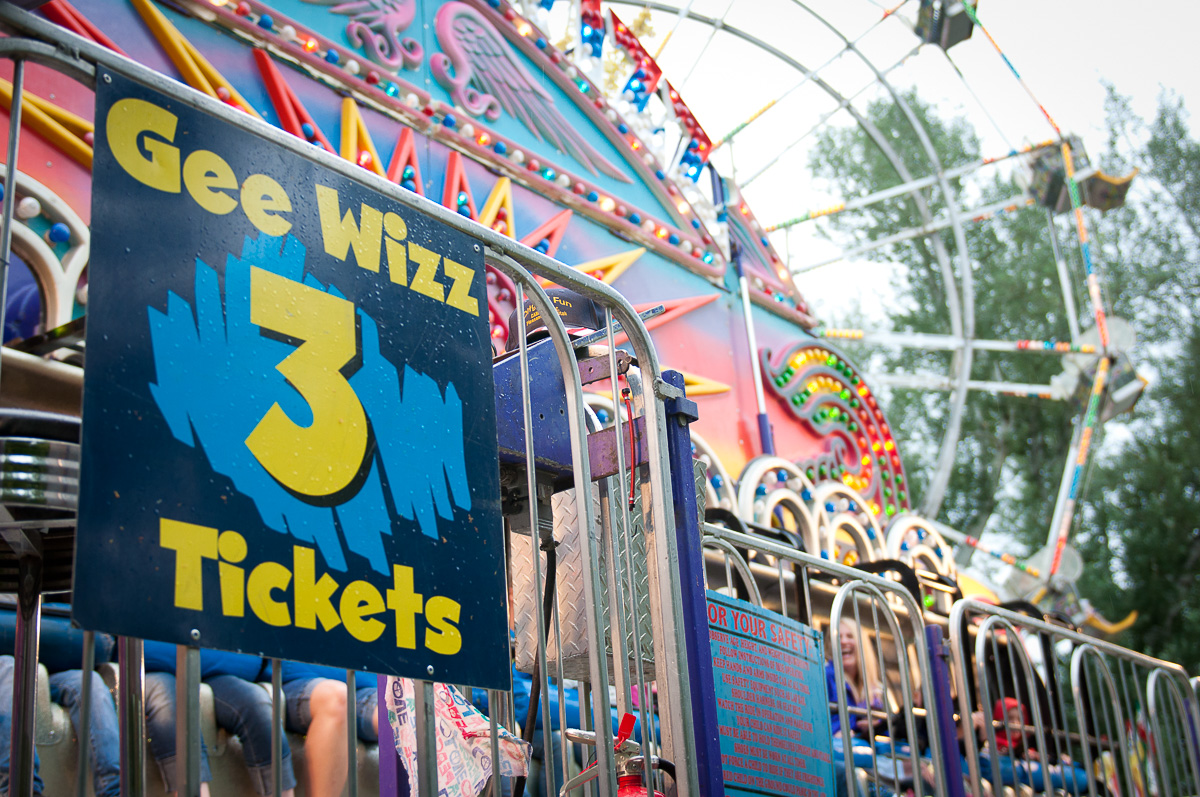 The skies were threatening rain, and sure enough, a downpour rolled in before we were ready to call it a night. We ensured the boys that we could come back once it cleared up a bit and we begrudgingly headed home for a dinner break.

We changed into warmer clothing and headed back to the park once the rain let up. There was no way the boys were going to settle for cutting the night short after anticipating the event for so long.

They headed straight back for Gee Wizz and this time knew what to expect. 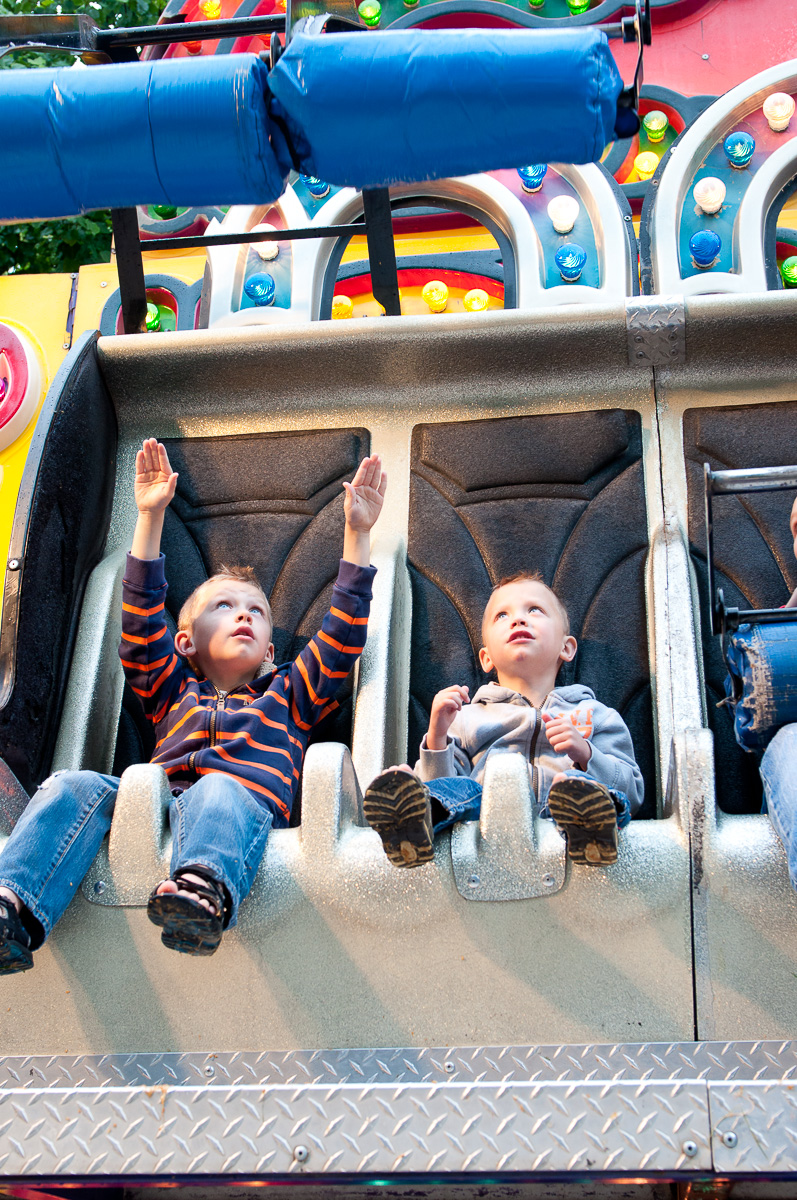 We grabbed some cotton candy while waiting in line for the Ferris Wheel. 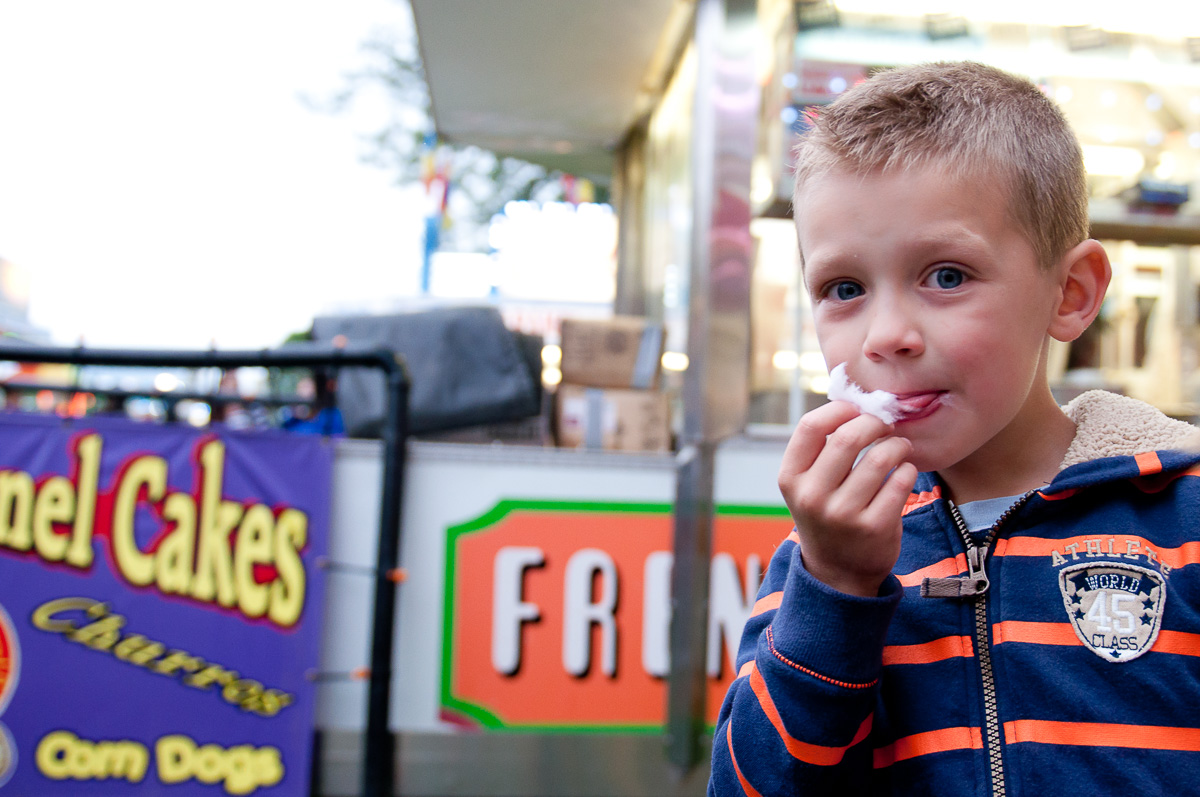 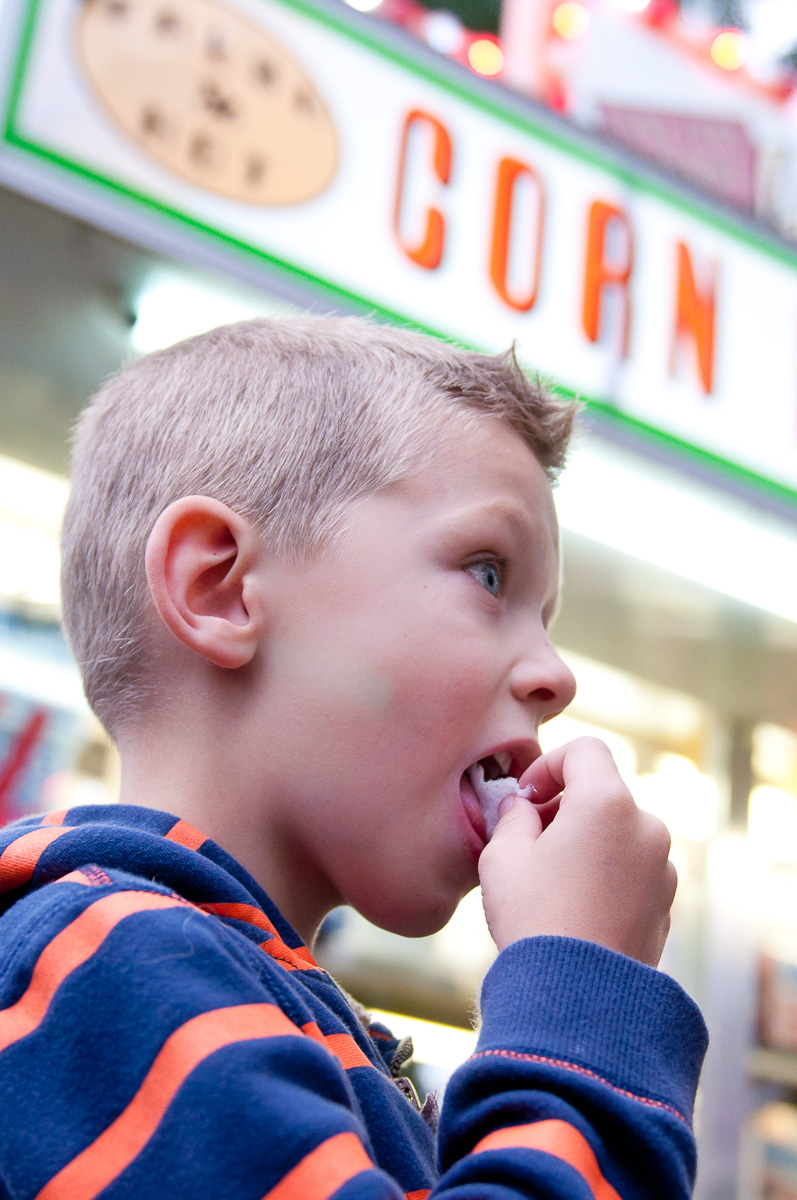 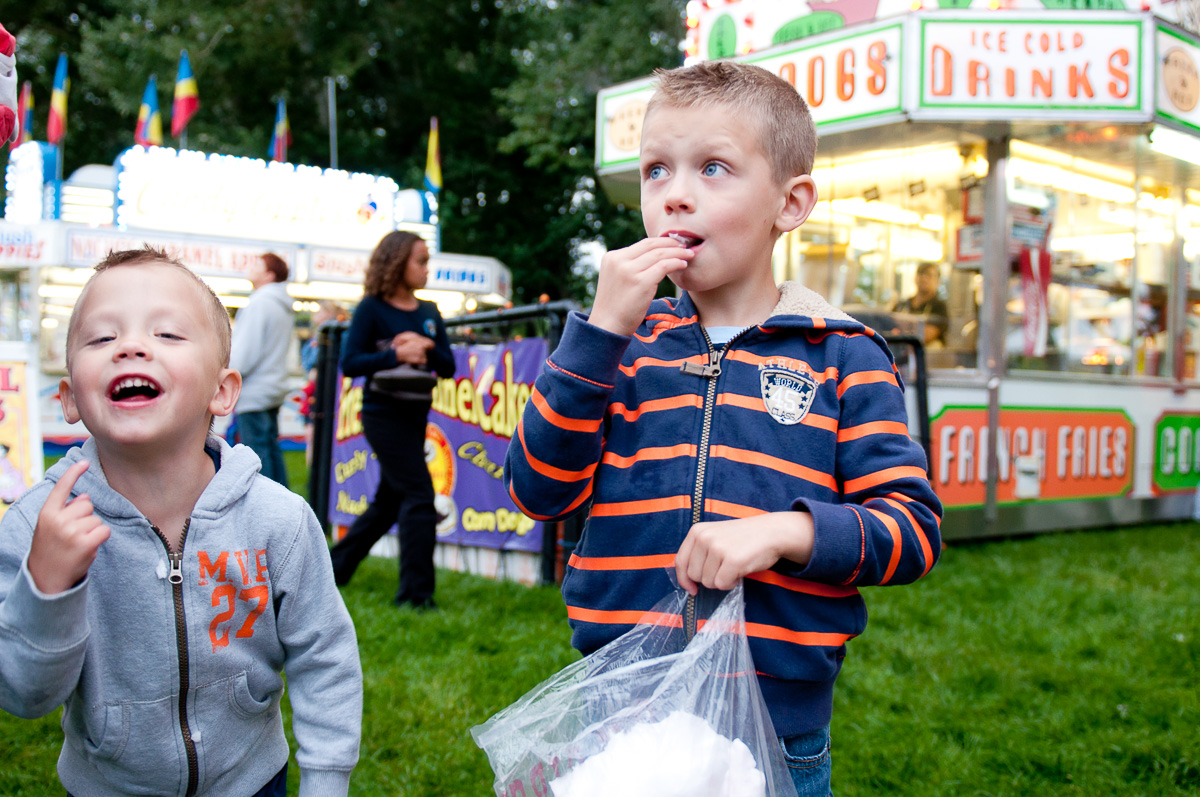 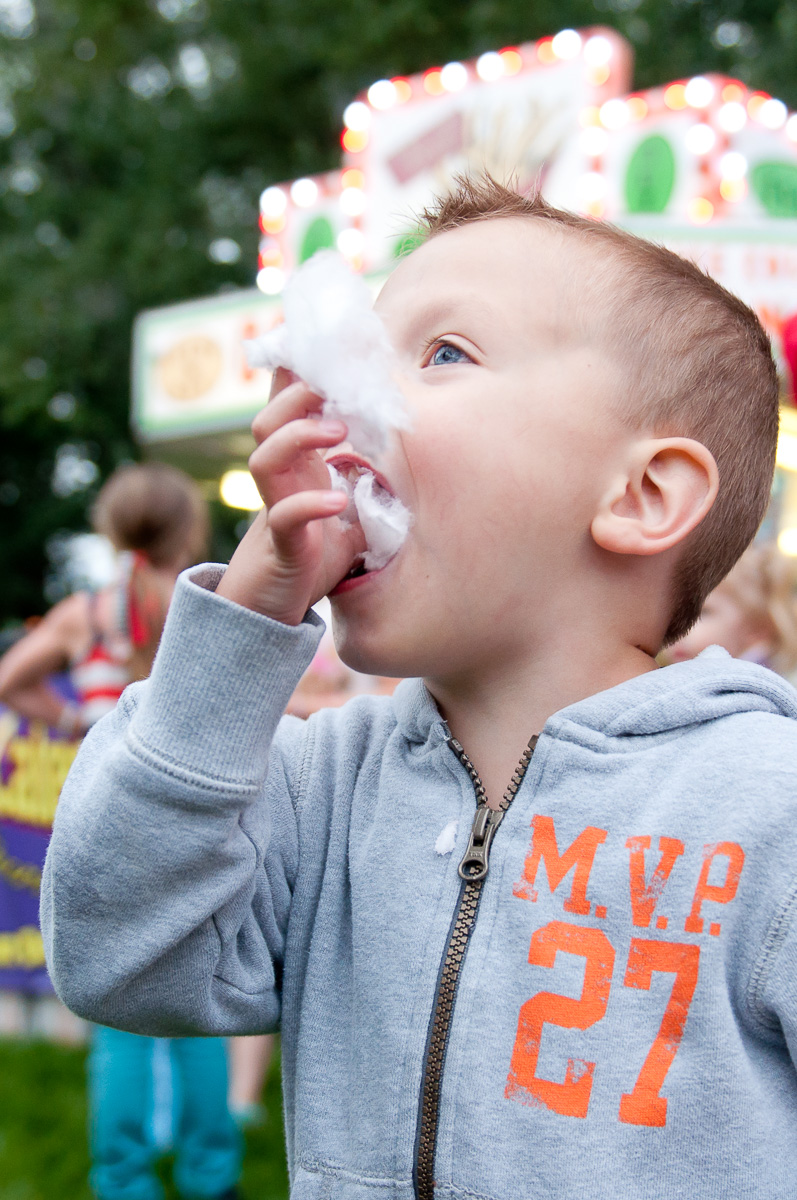 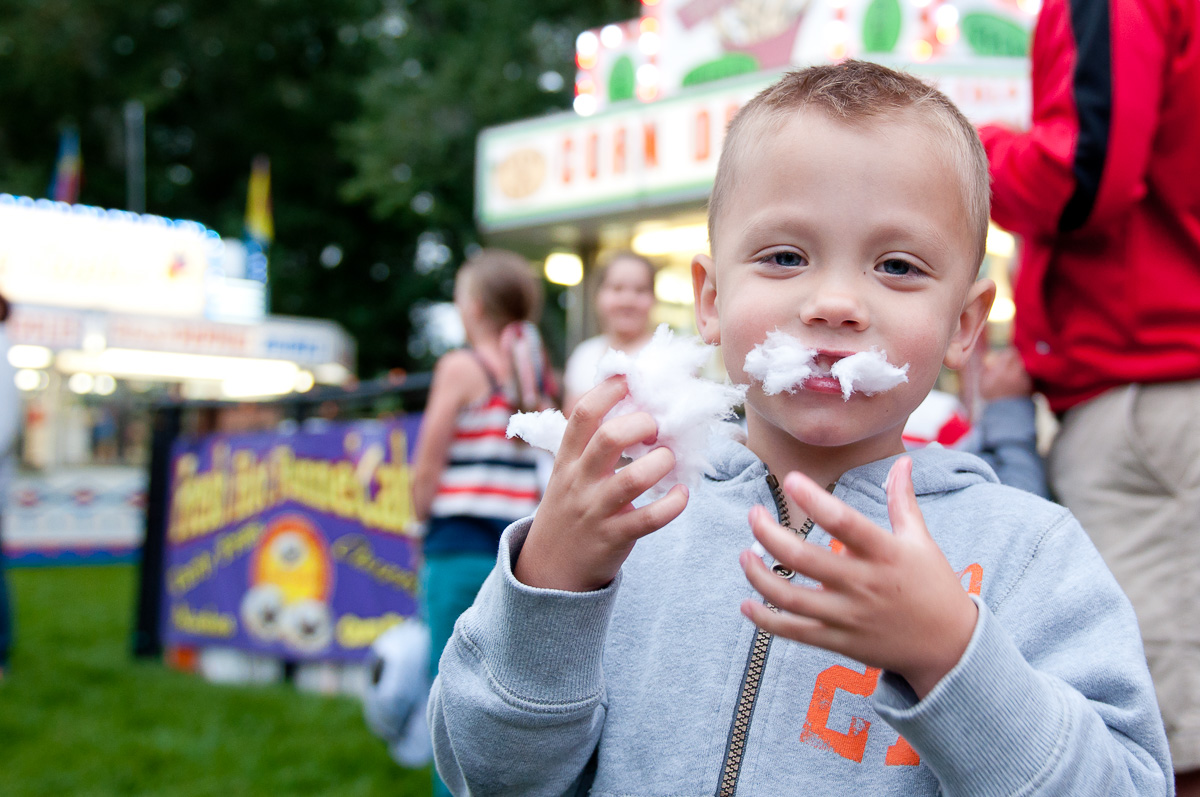 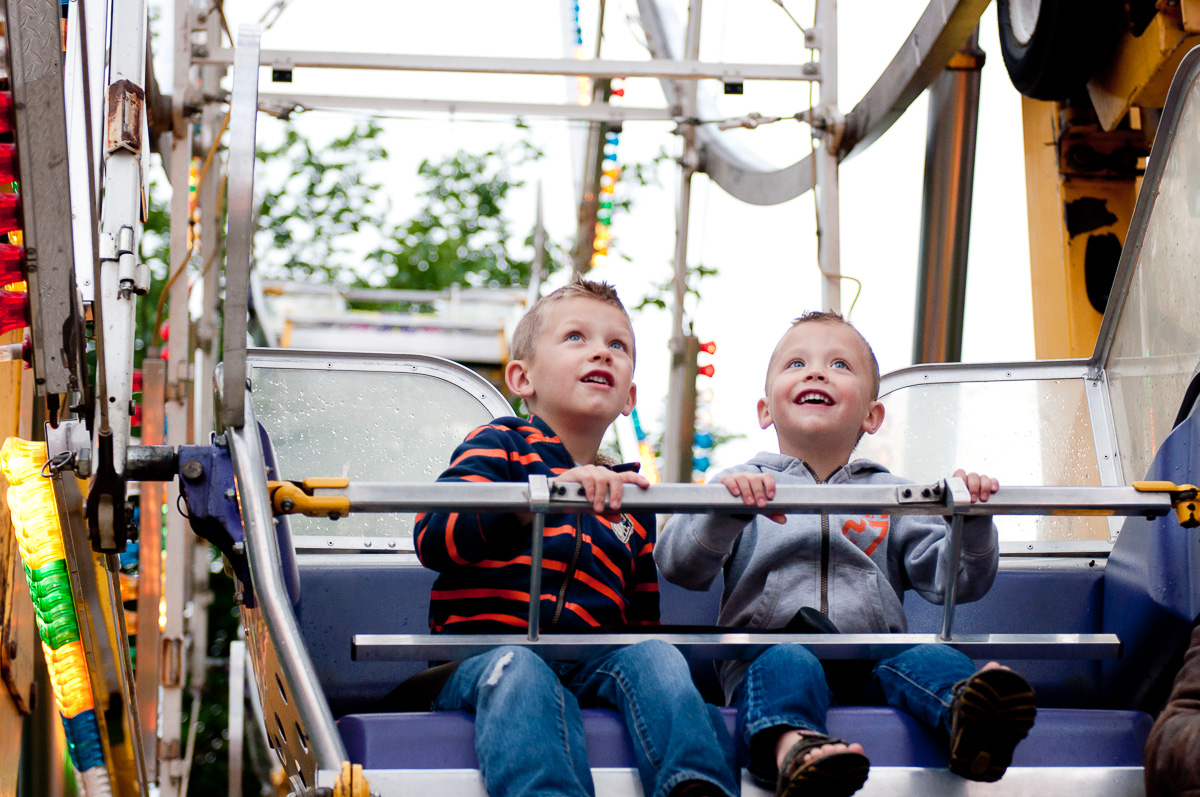 I can’t help taking pictures of all the bright colors and lights year after year. 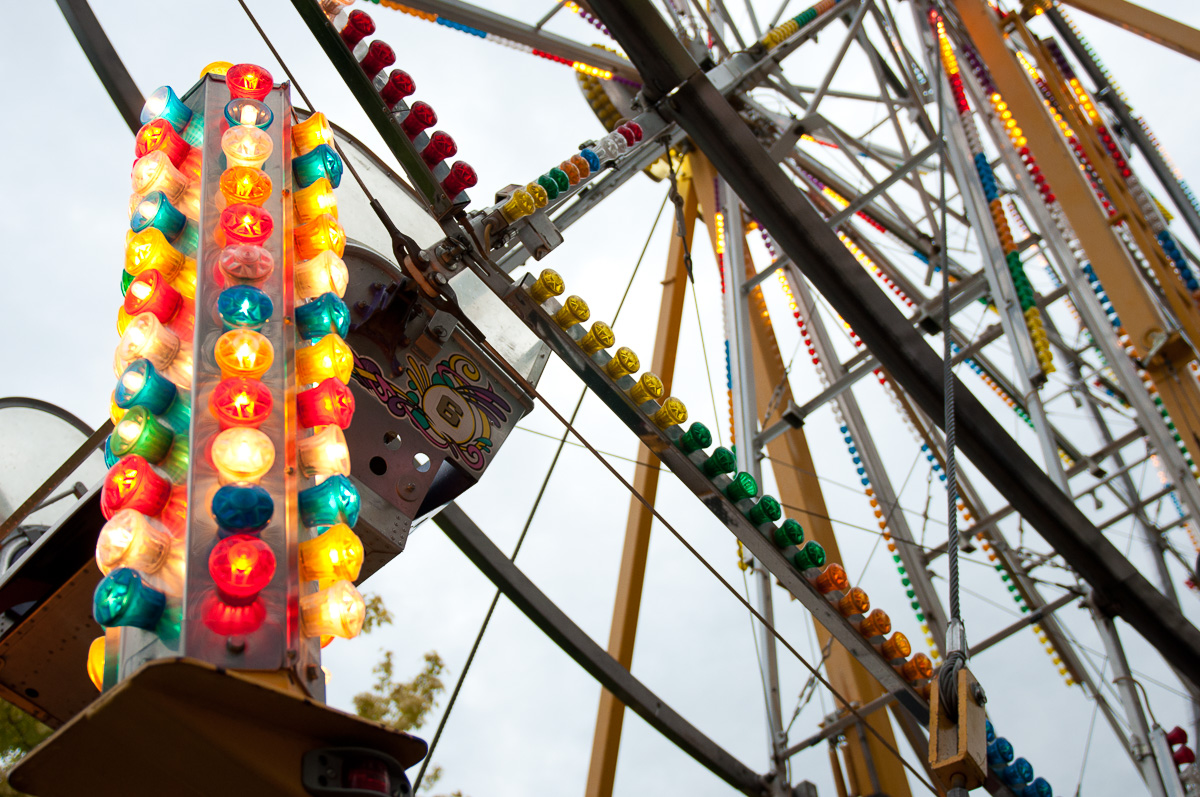 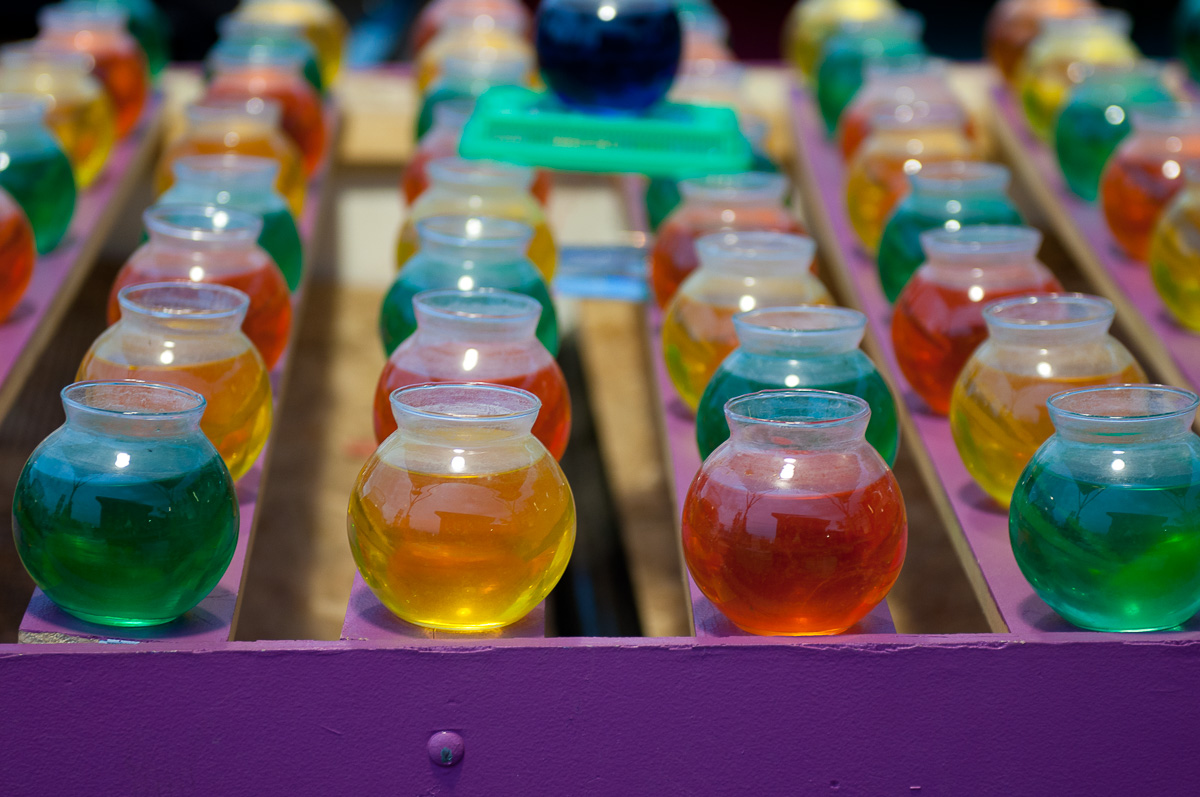 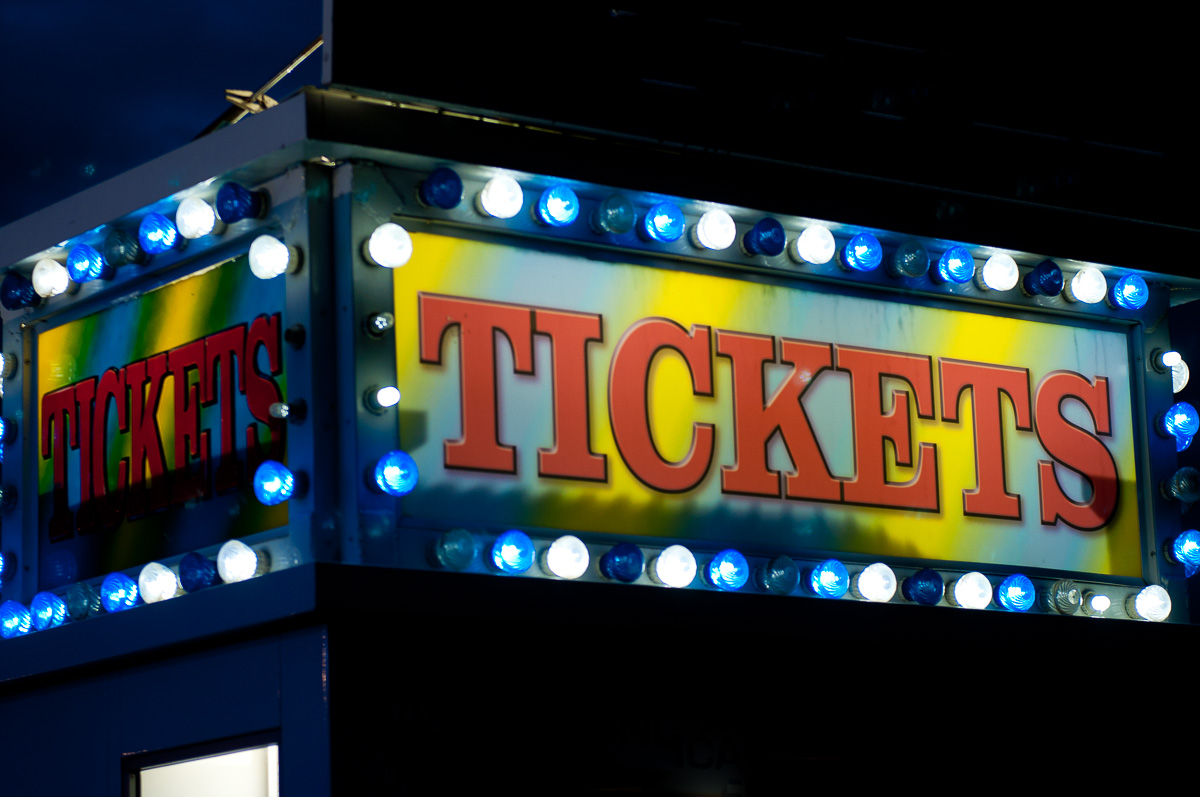 In fact, this photo won a contest put on by our town. Votes were tallied on Facebook and my grand prize was a $15 gift card to Jamba Juice (ha!). The boys were a little disappointed that there wouldn’t be a ceremony entailing a crown, but they made peace with the promise of smoothies. They’ve been pretty cute about telling everyone we know about the win. It was a great cap to the most anticipated event of the summer. 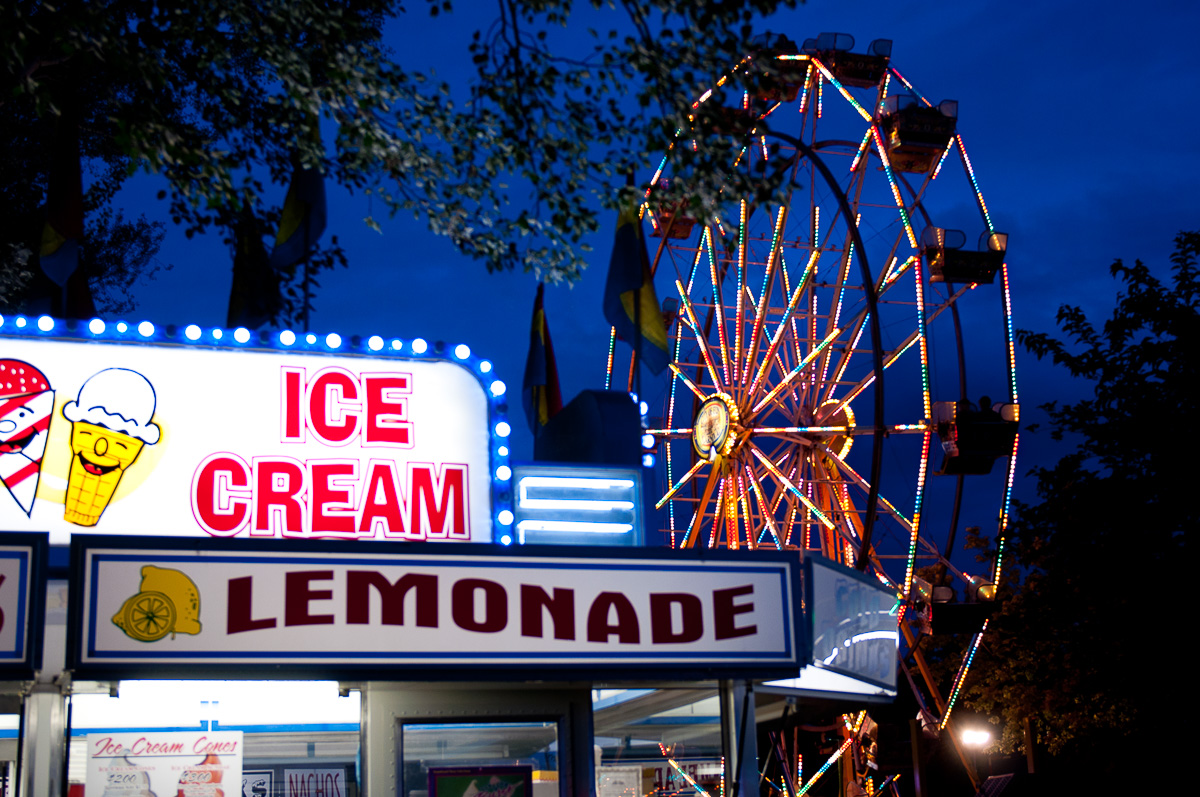