As much as I love our beach days in Michigan, summer nights are equally as anticipated. We had countless barbecues out in the yard, followed by yard games and batting practice. 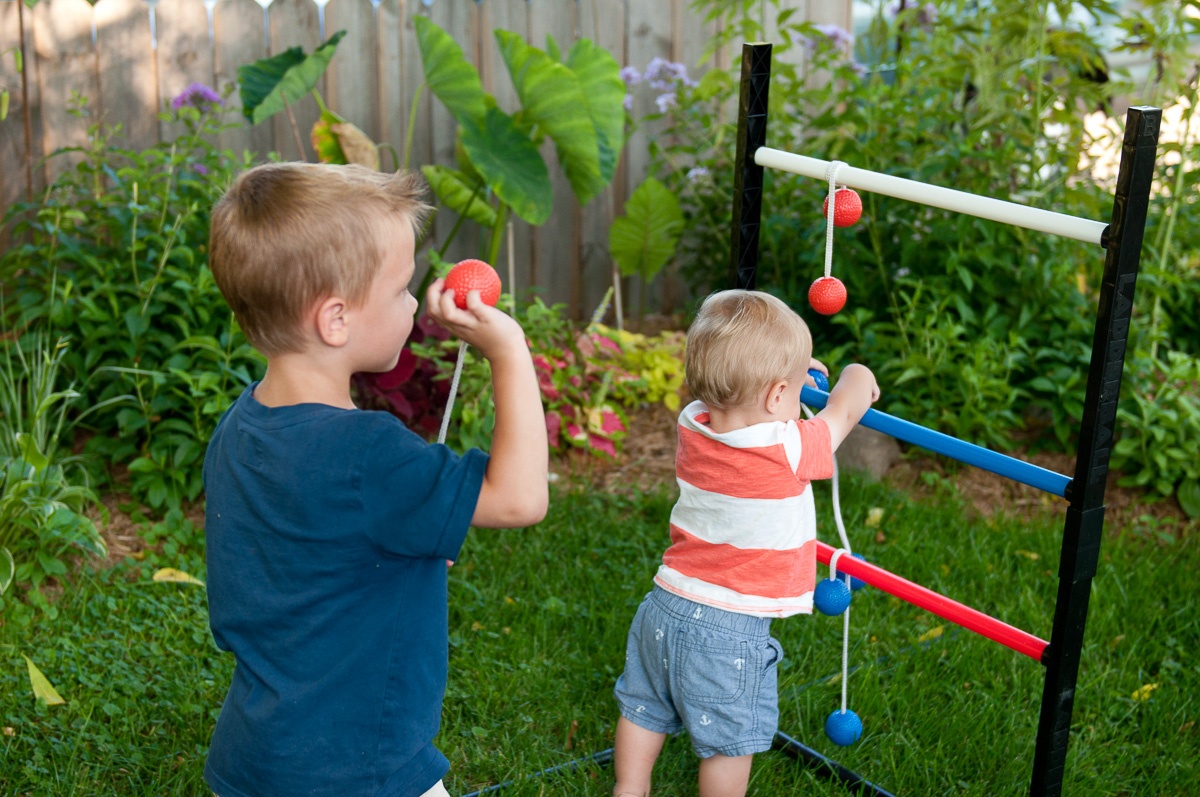 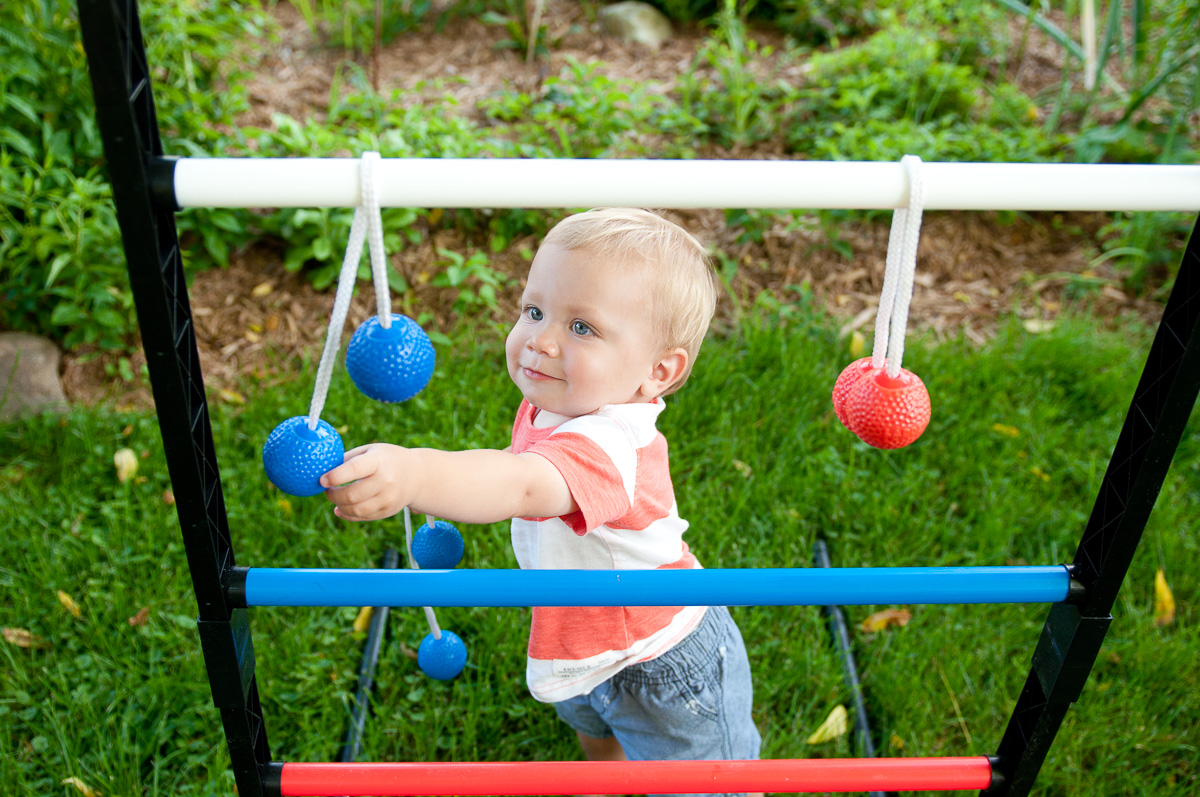 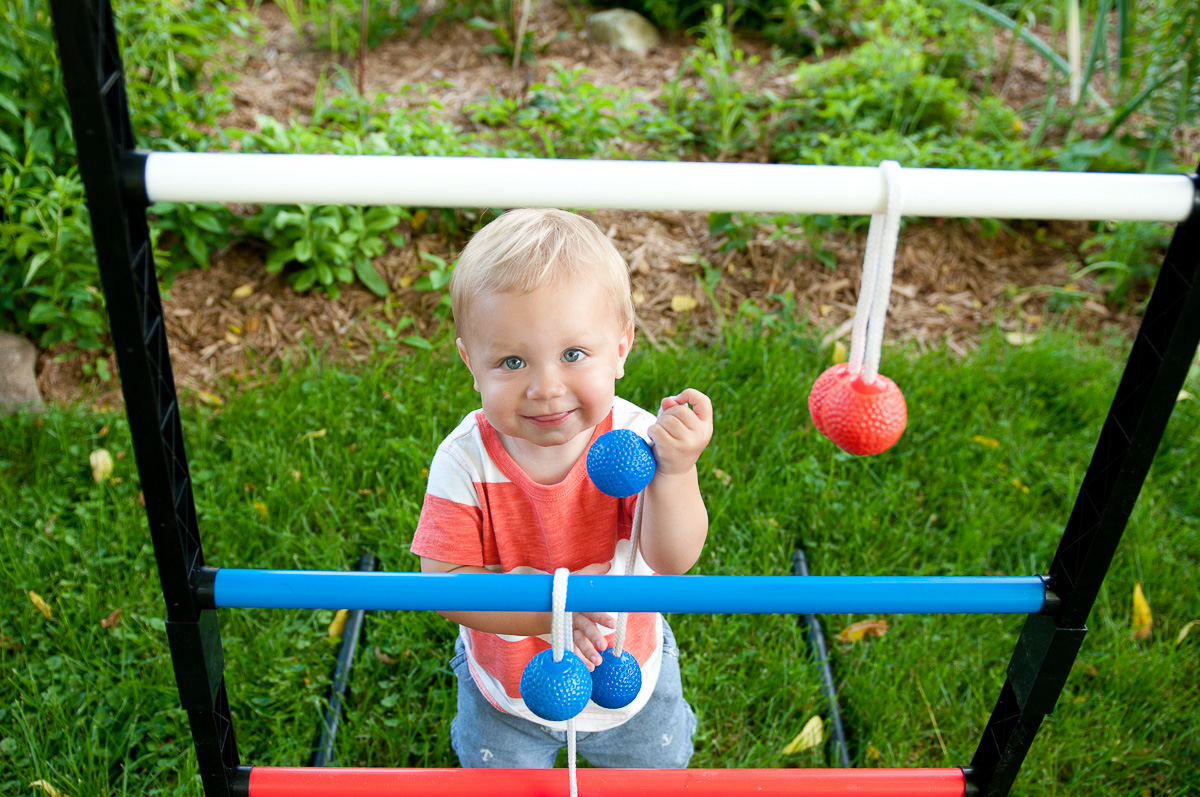 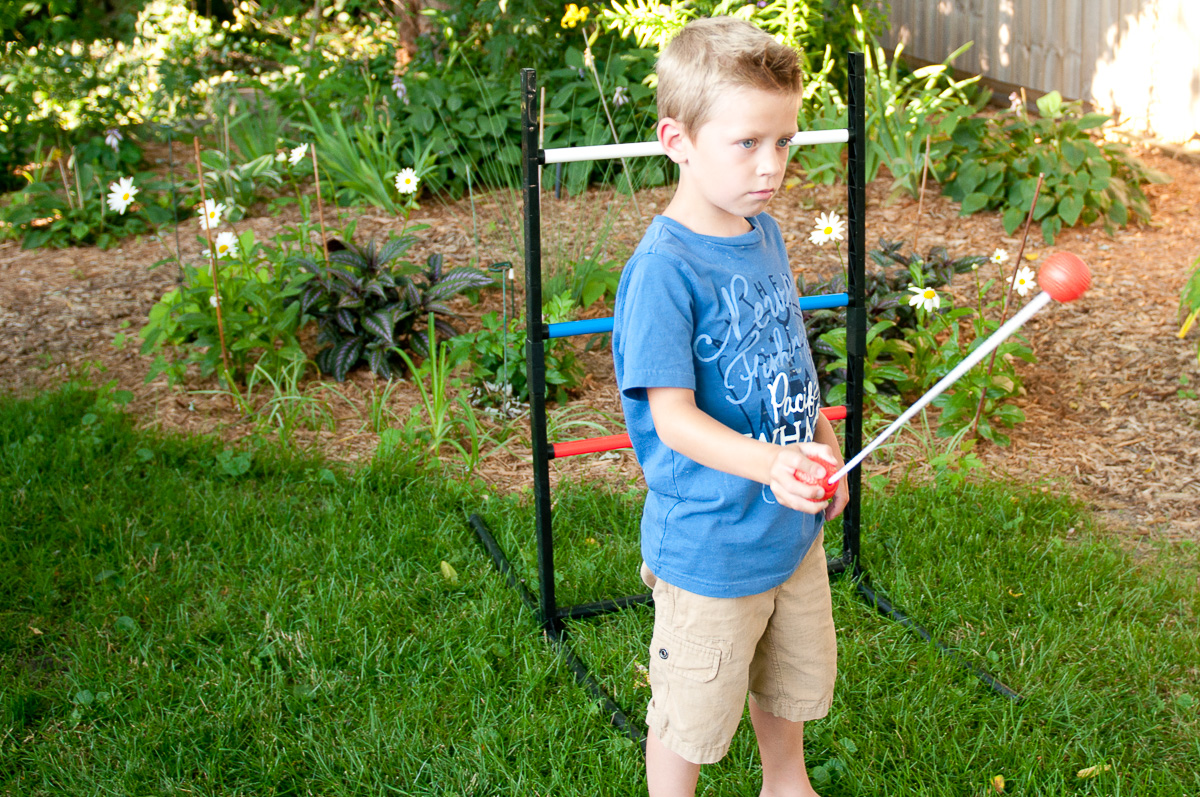 We gathered around the campfire for s’mores. 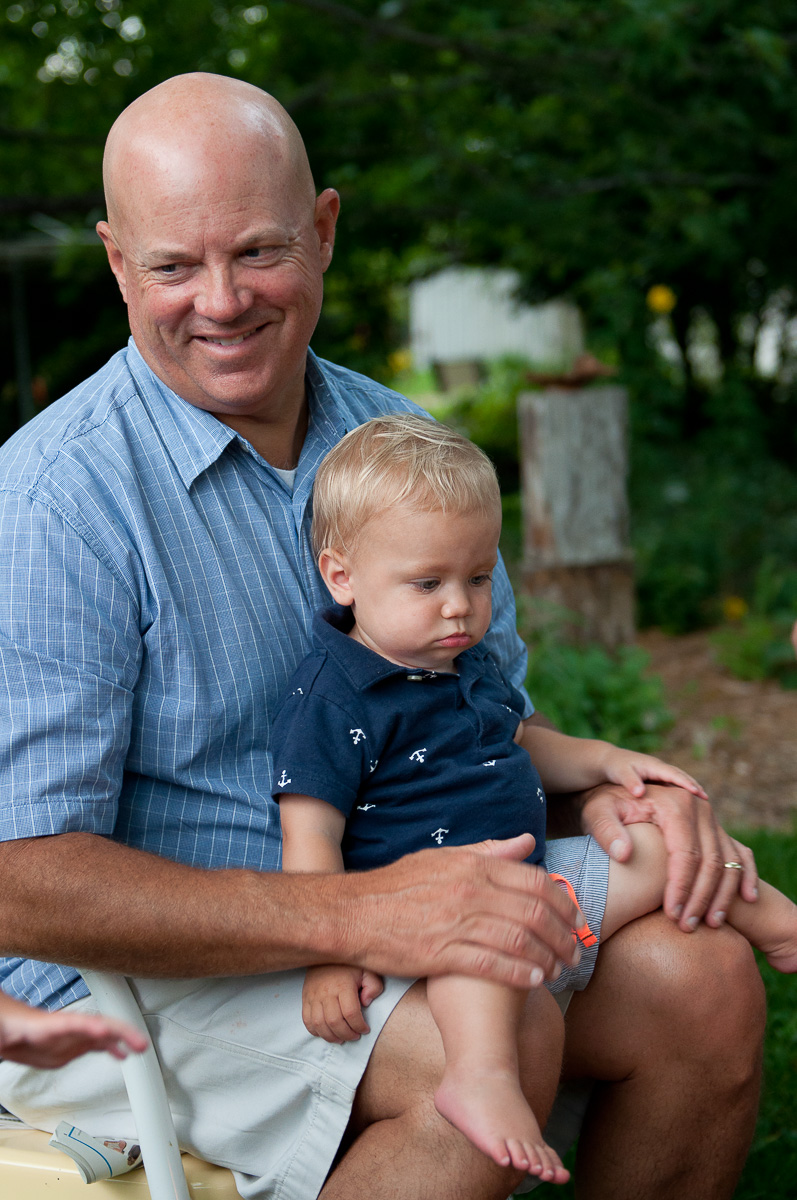 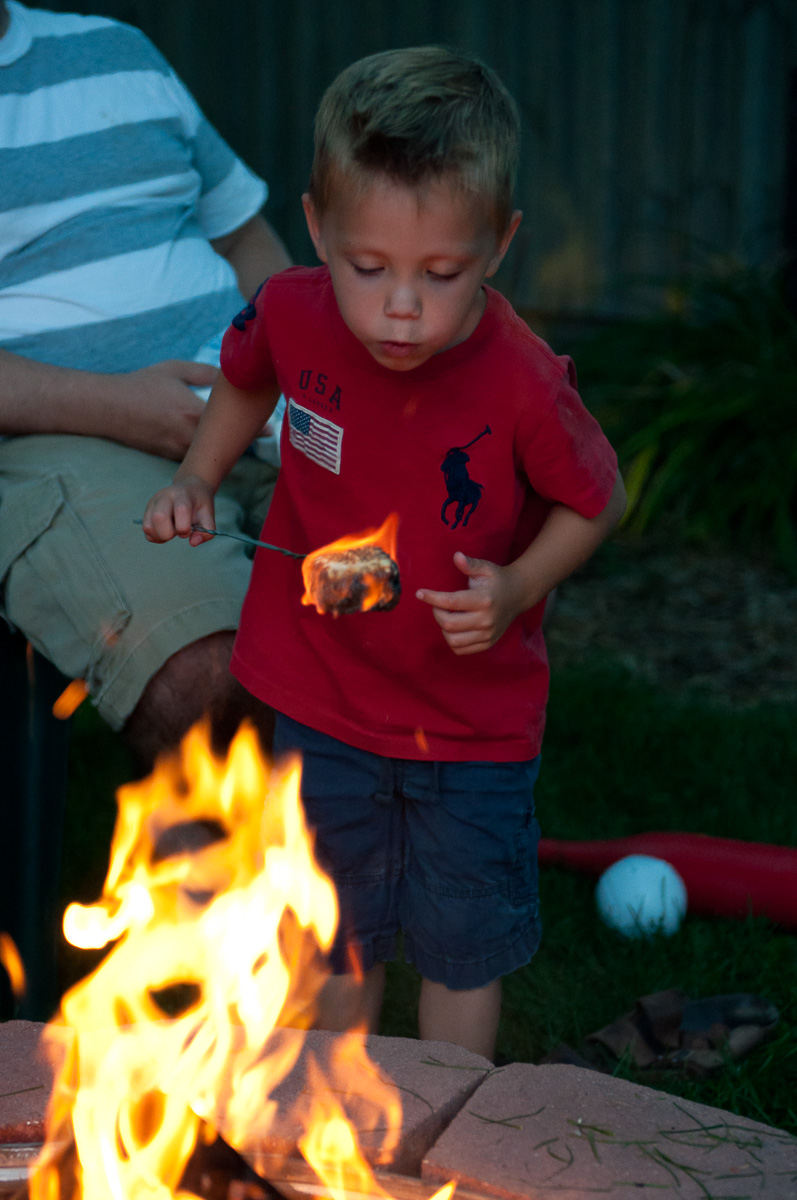 Blake took it upon himself to be the bug spray distributor. 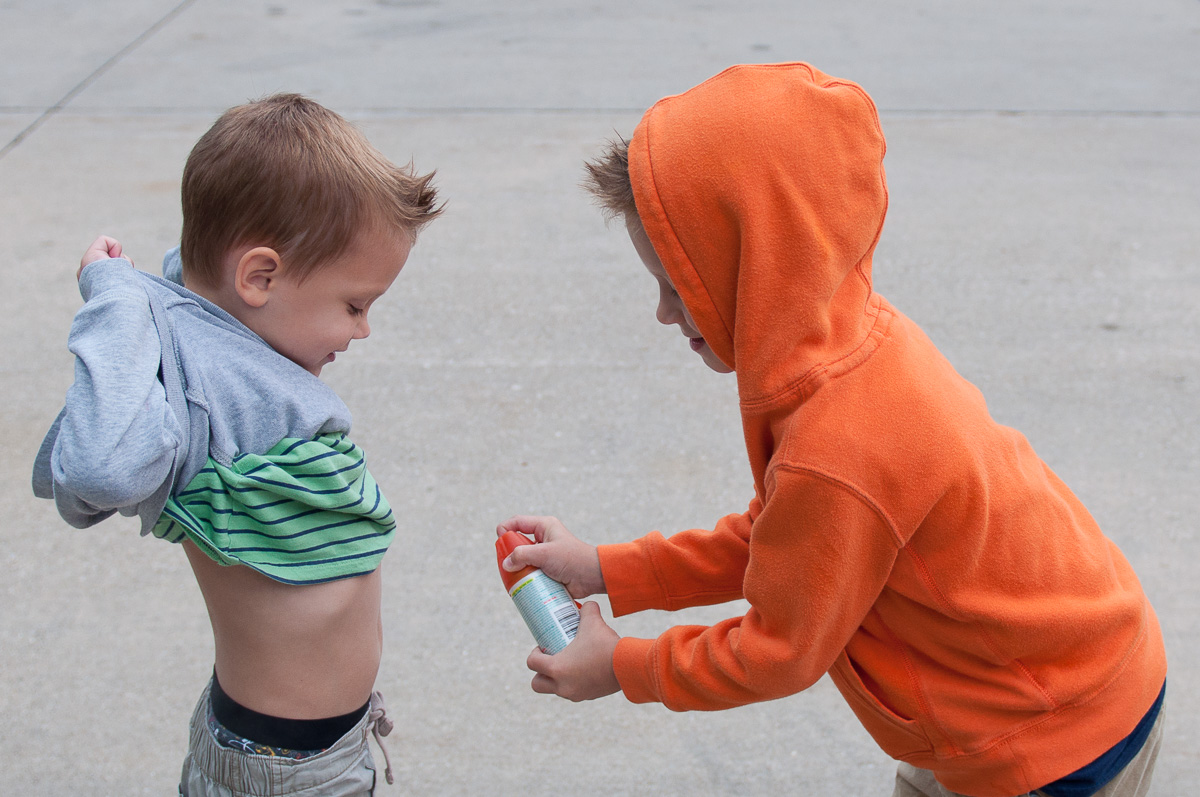 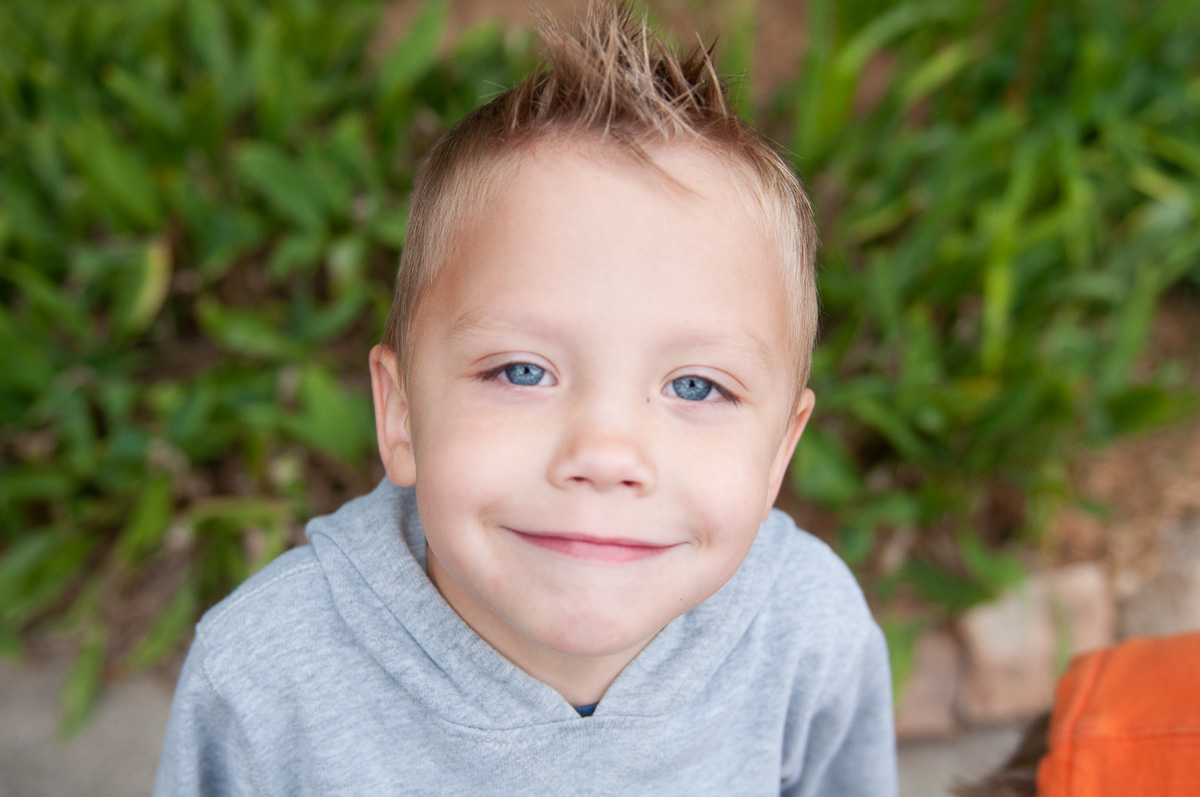 Evening walks to the pier are always a favorite. 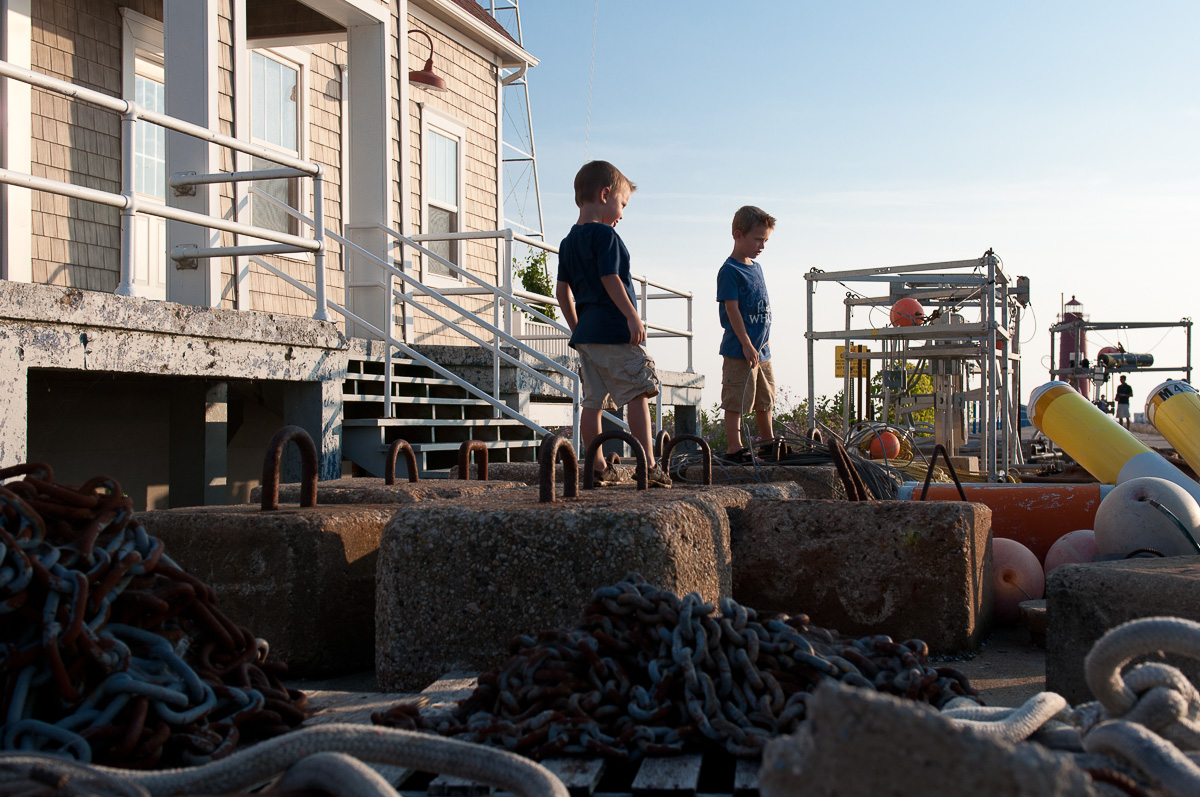 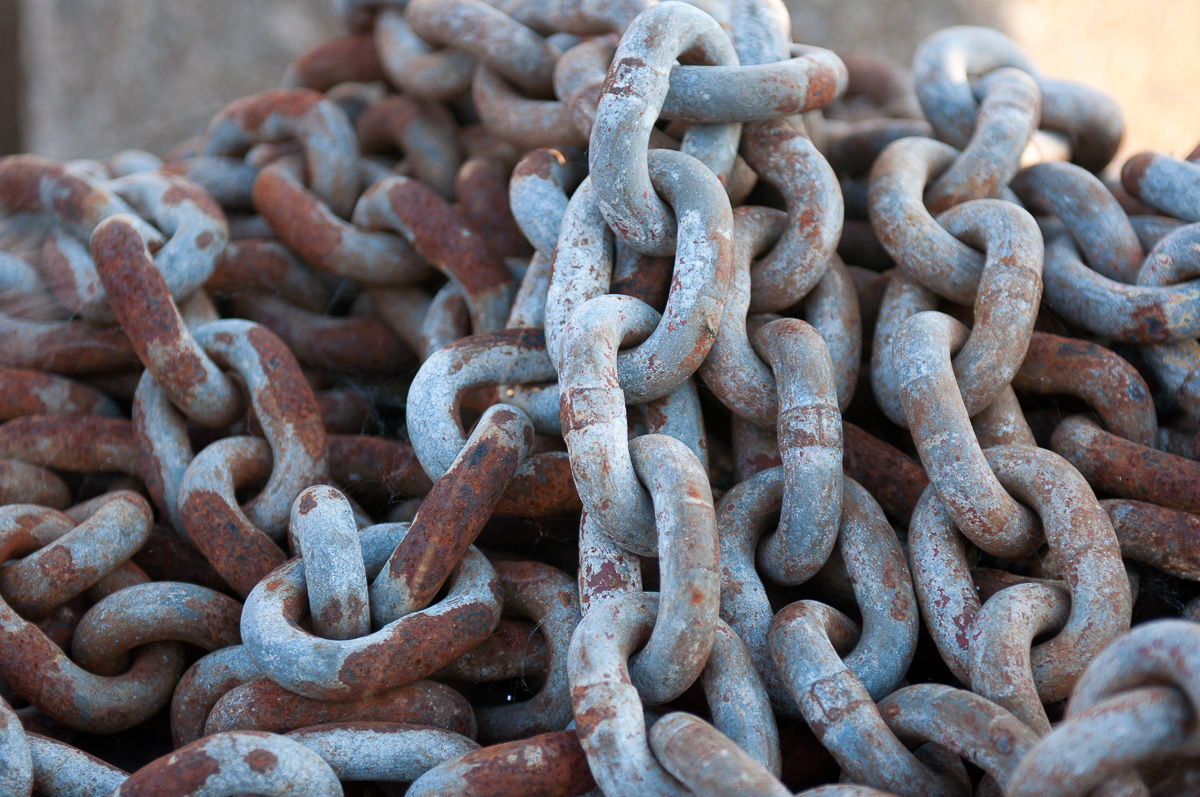 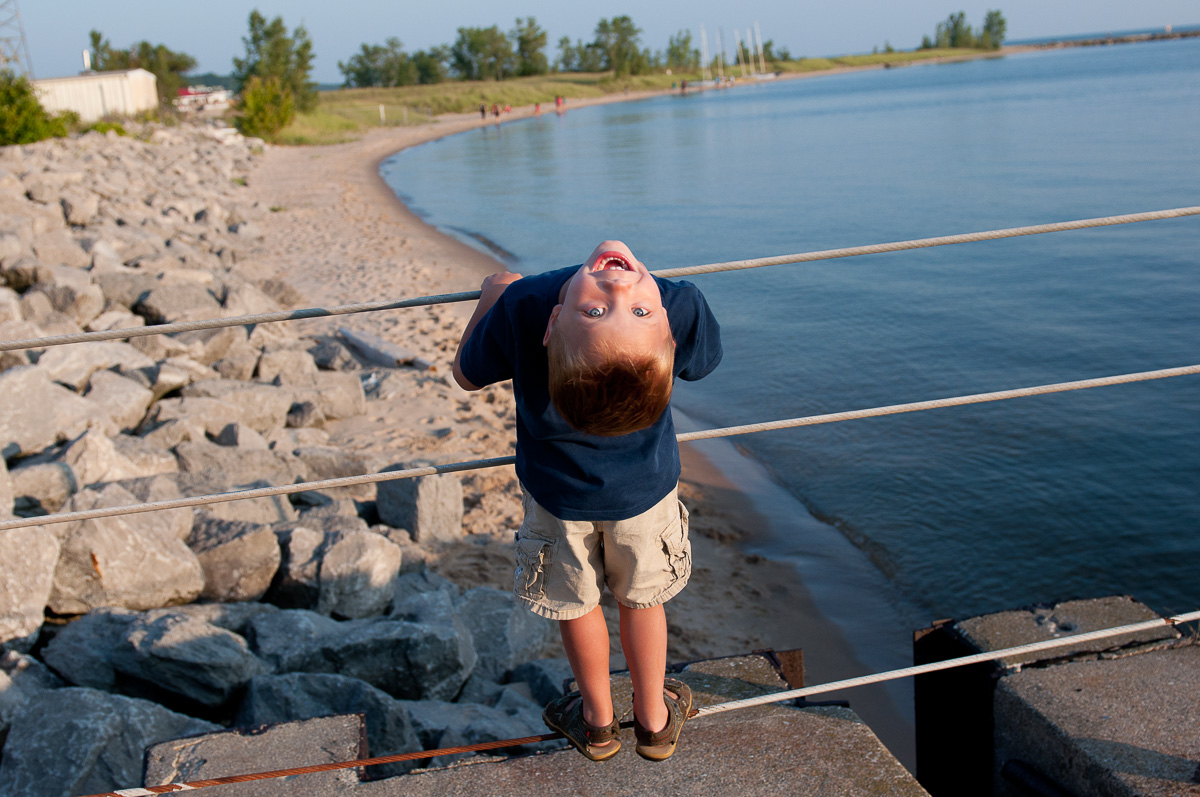 Especially when there are ducks to feed. 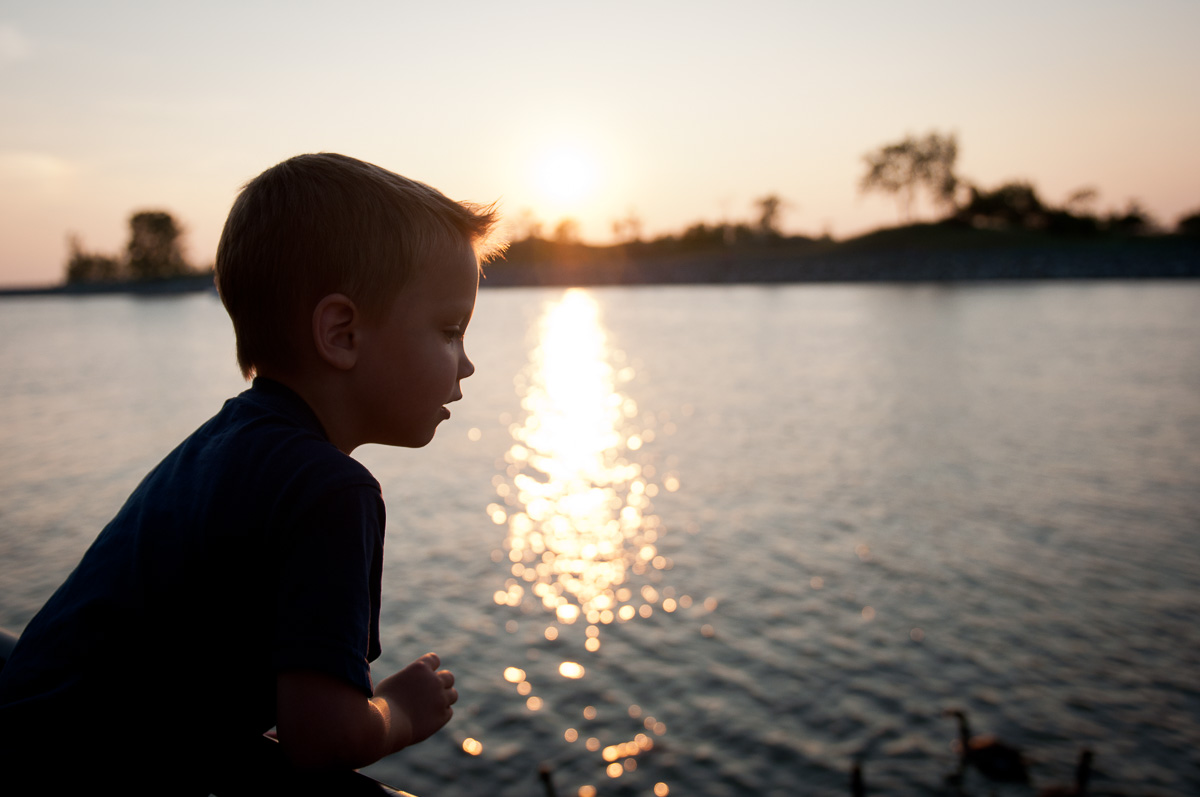 And warm golden sun to bask in. 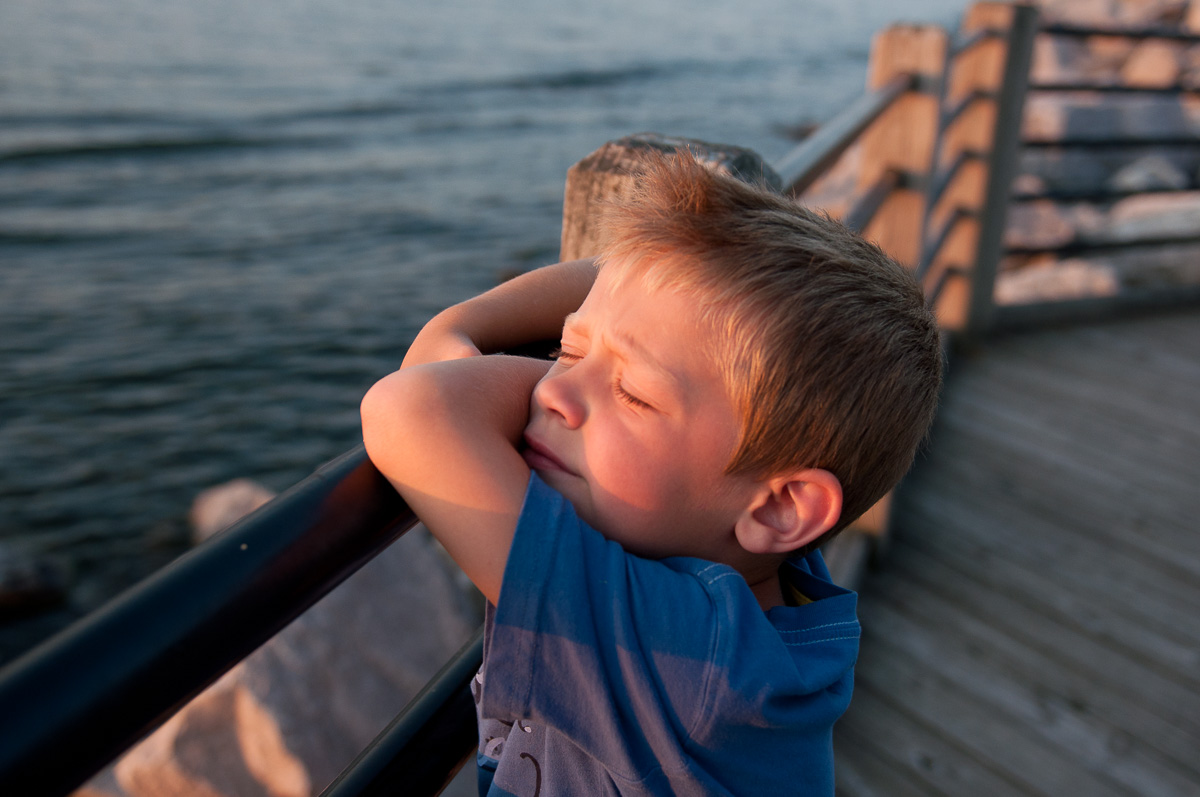 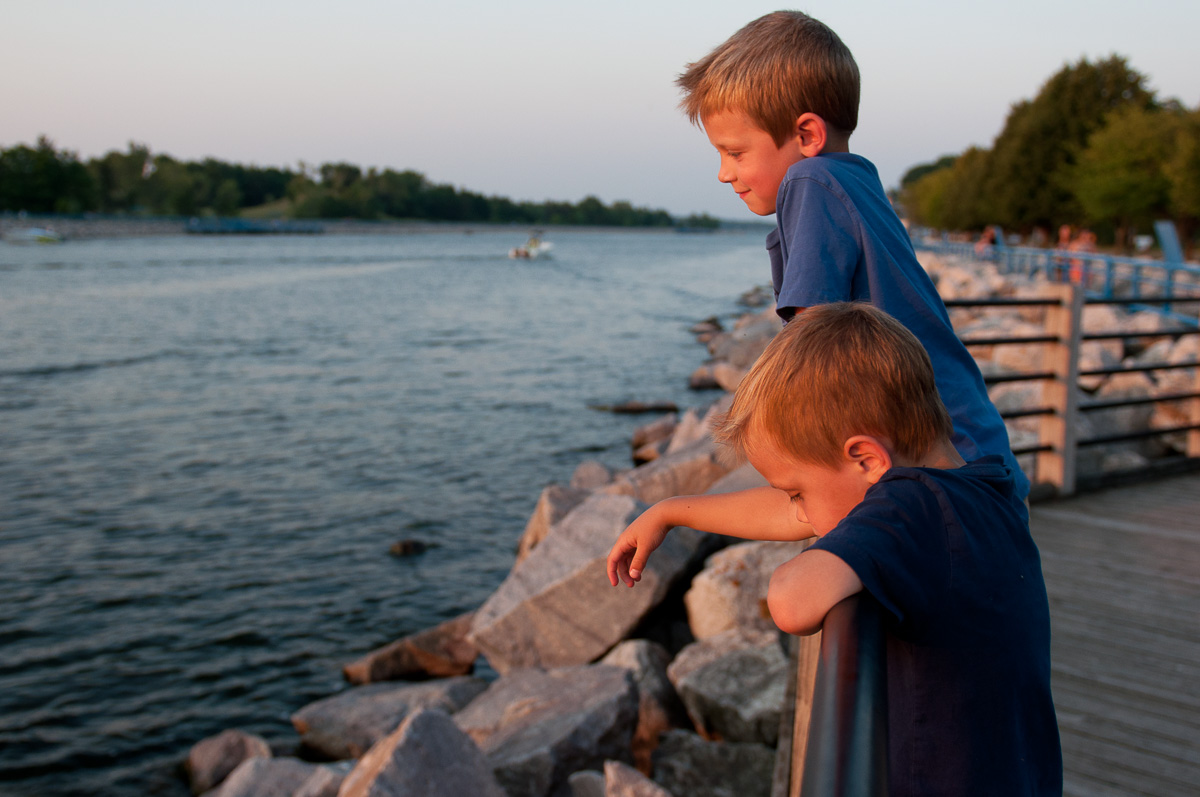 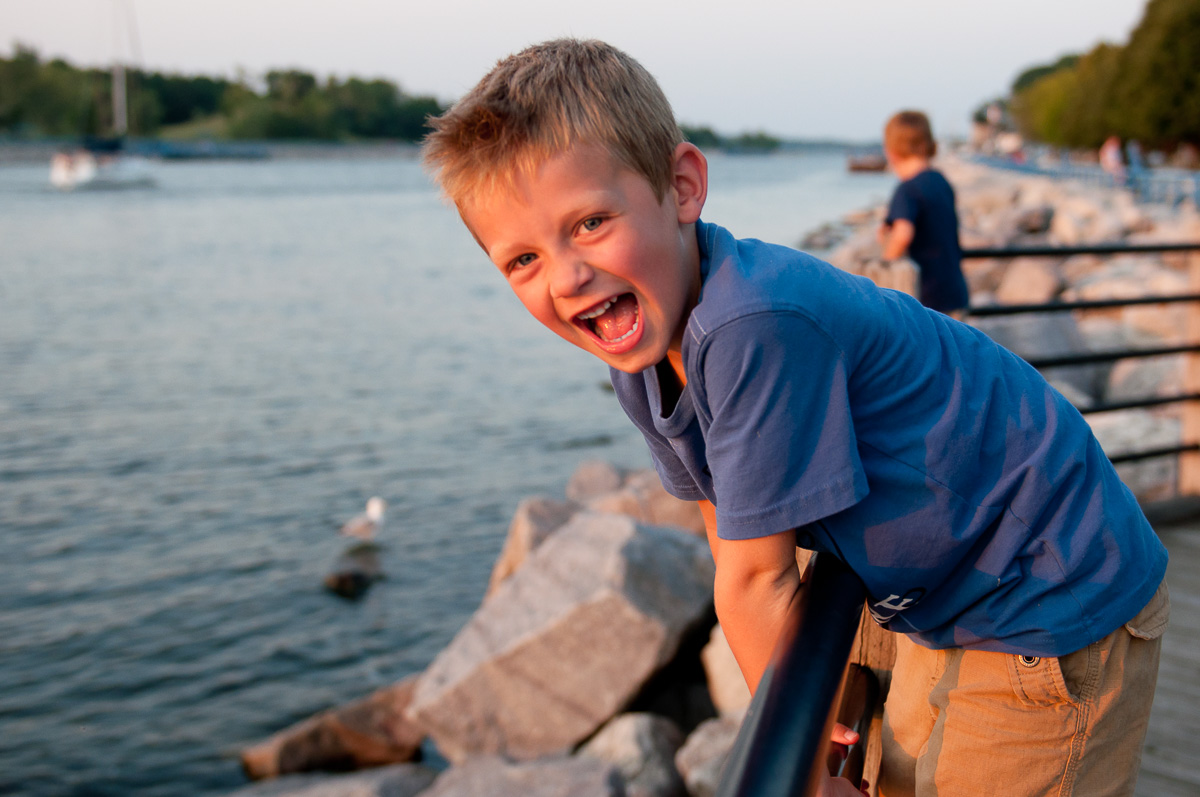 We ventured out to the musical fountain overlooking the channel one evening. 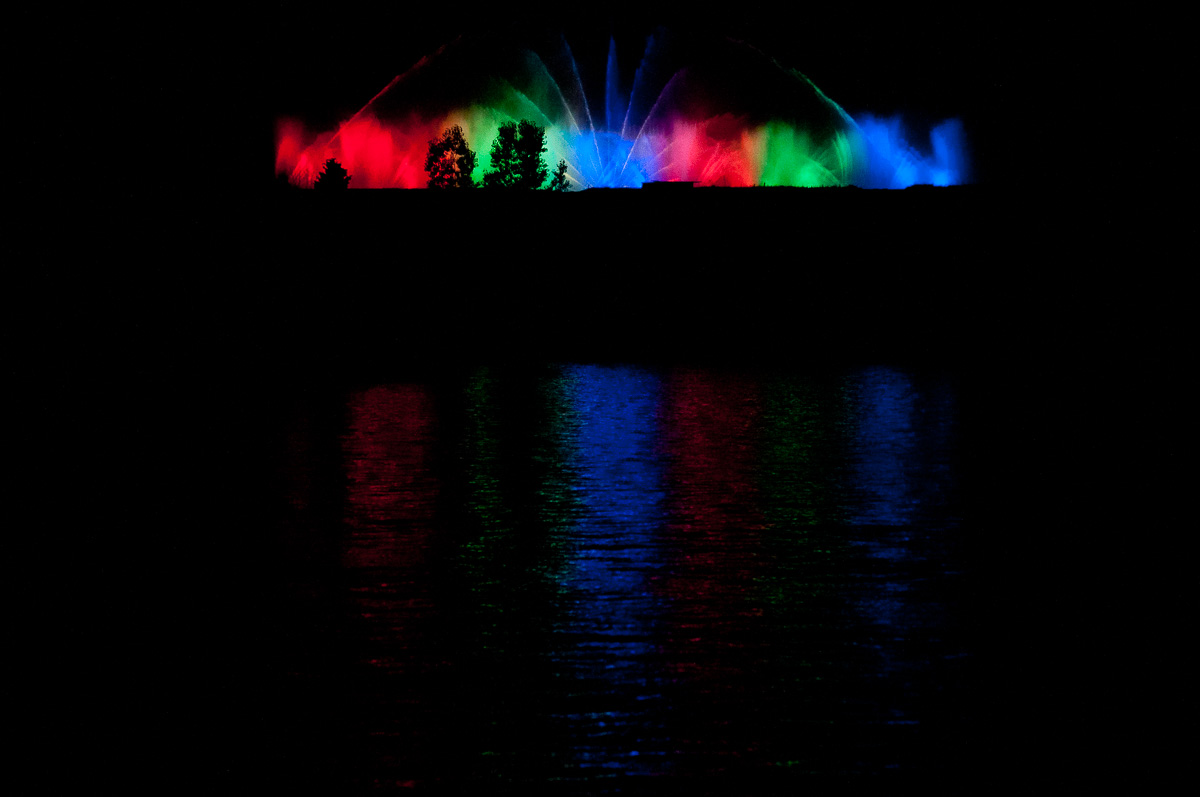 There were several gatherings with extended family members. My mom’s sister celebrated her 50th wedding anniversary. 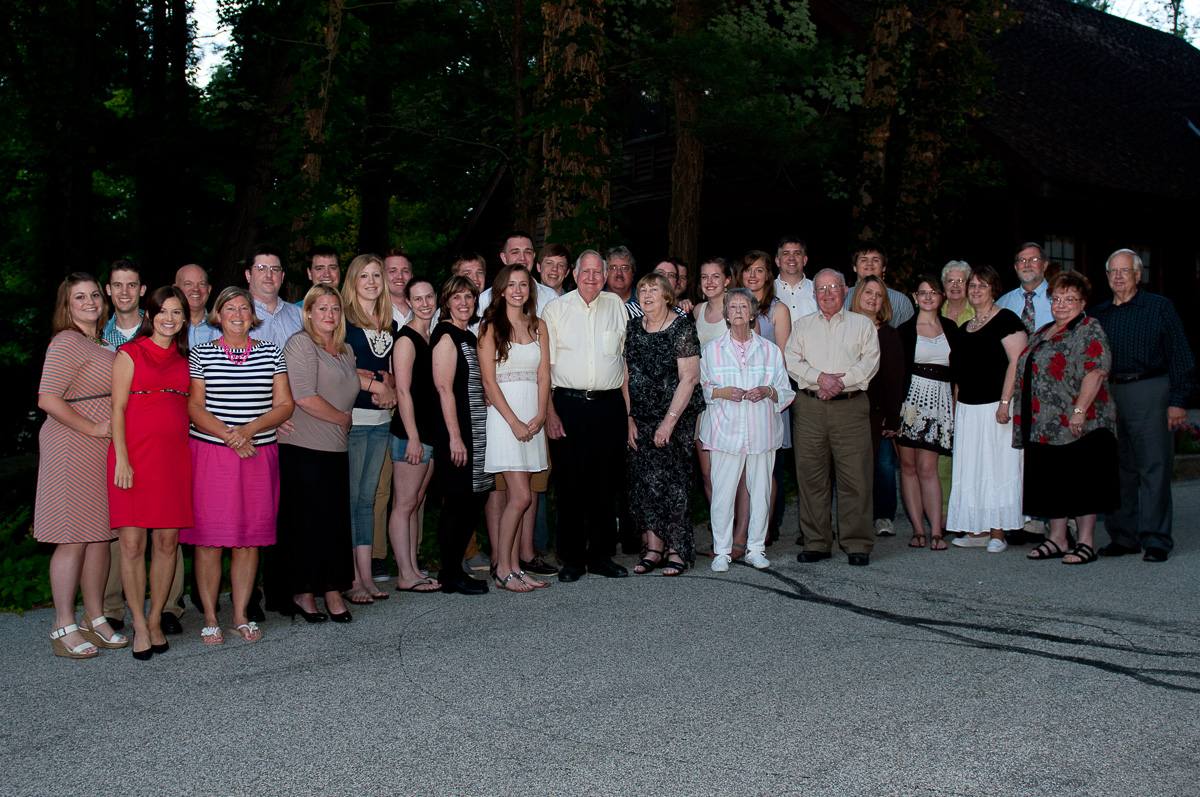 Troy could only join us the second week of our stay so he missed out on a few lively game nights with aunts and uncles. 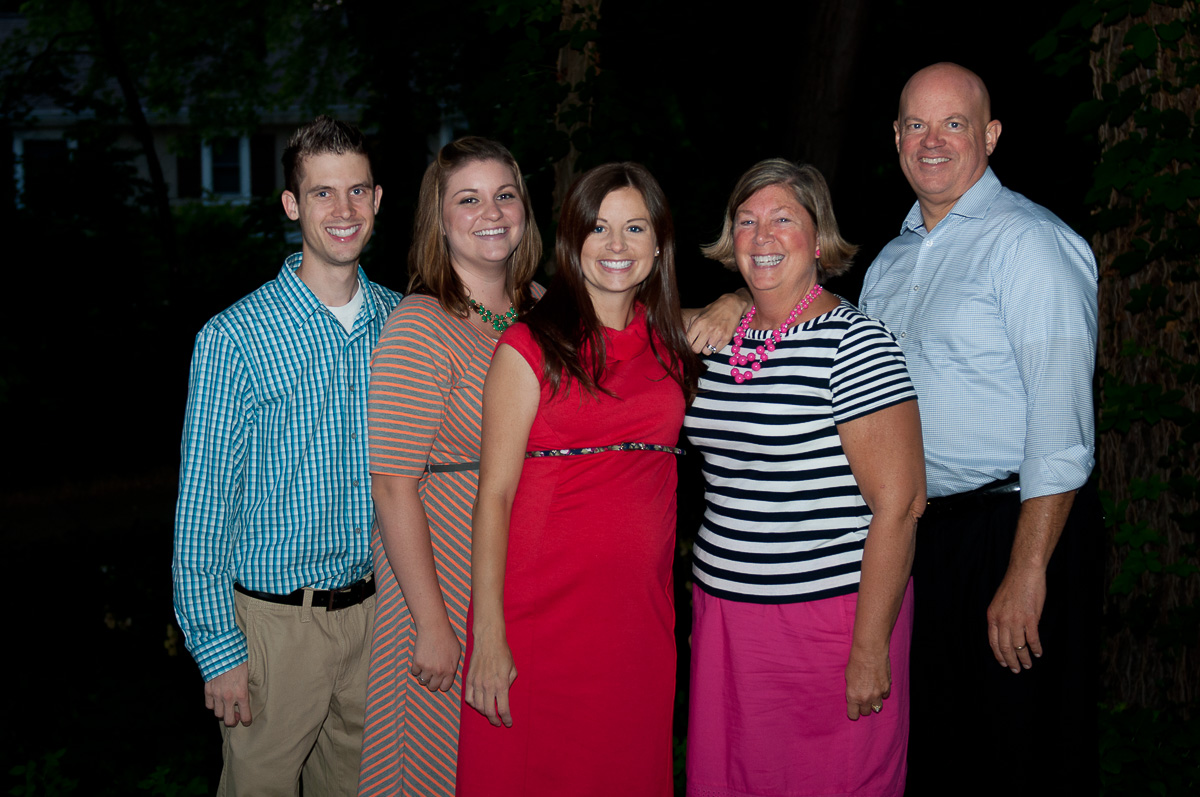 We had plenty of gatherings with my dad’s side of the family as well. Almost all of my extended family lives in Michigan so it makes it fairly easy to gather relatives together in one place at one time. 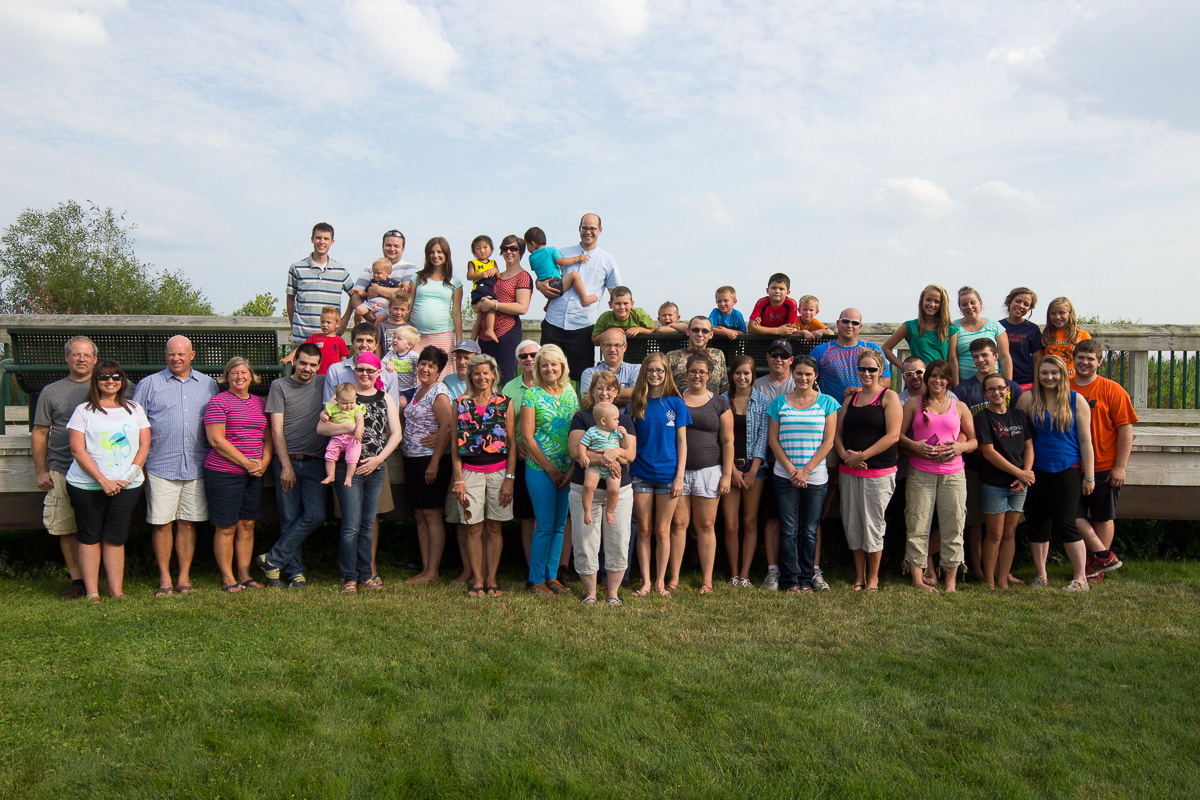 My dad’s sister rented a cottage on a nearby inland lake and the boys were thrilled to utilize their hot tub one evening. 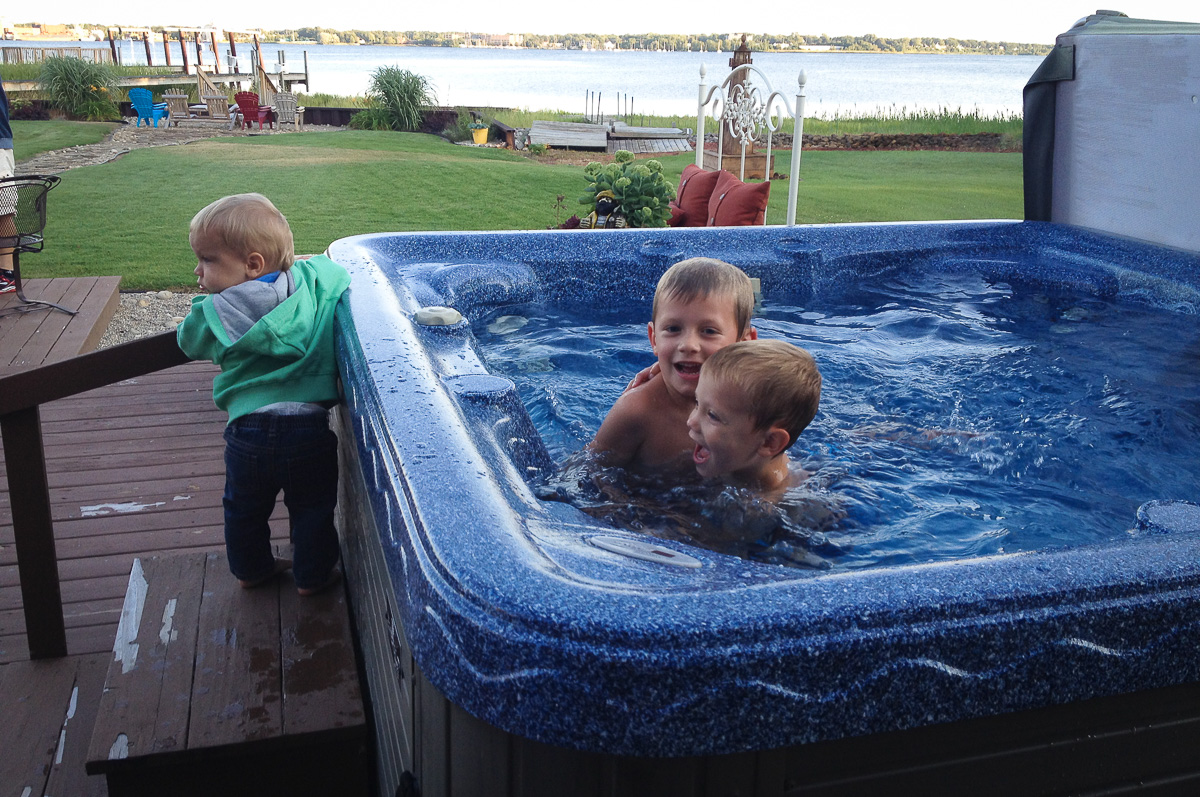 Except poor Crew who wanted so desperately to join his brothers. 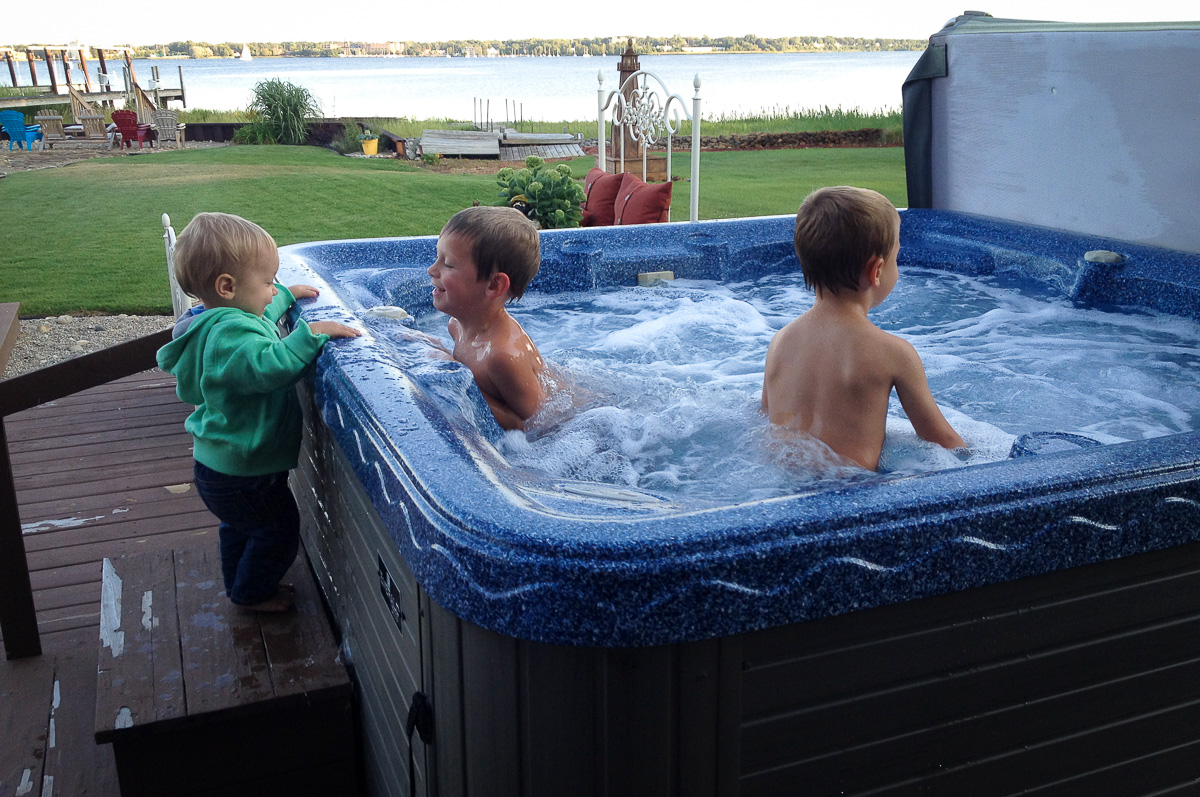 The boys were delighted to be carted by bike in the evenings. 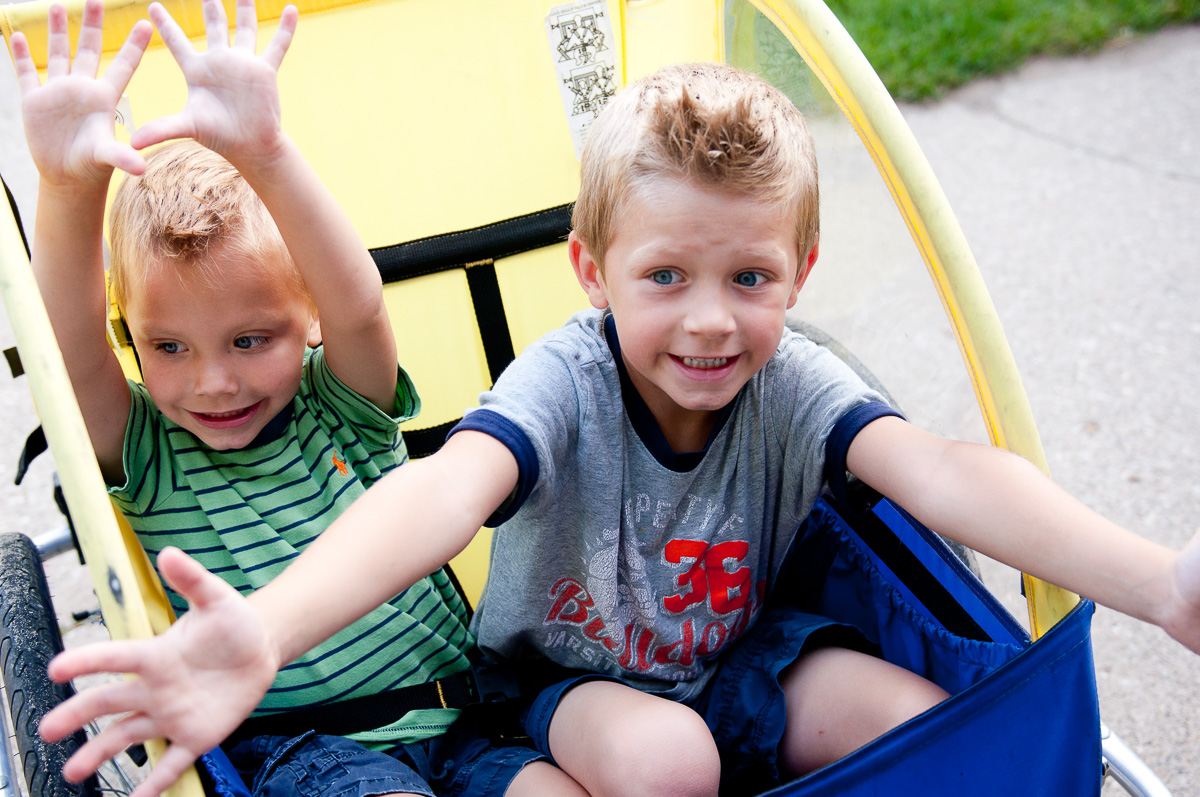 Only to get covered in sand again. Many days were two-bath days. 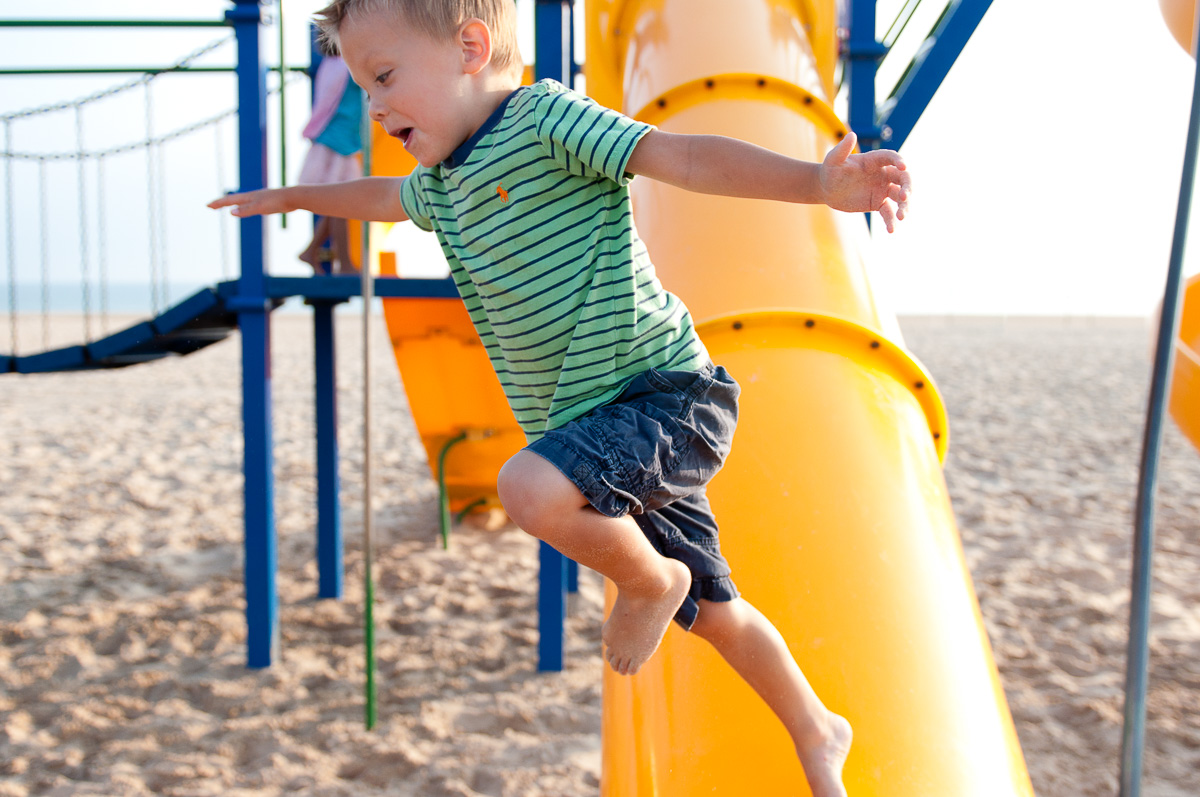 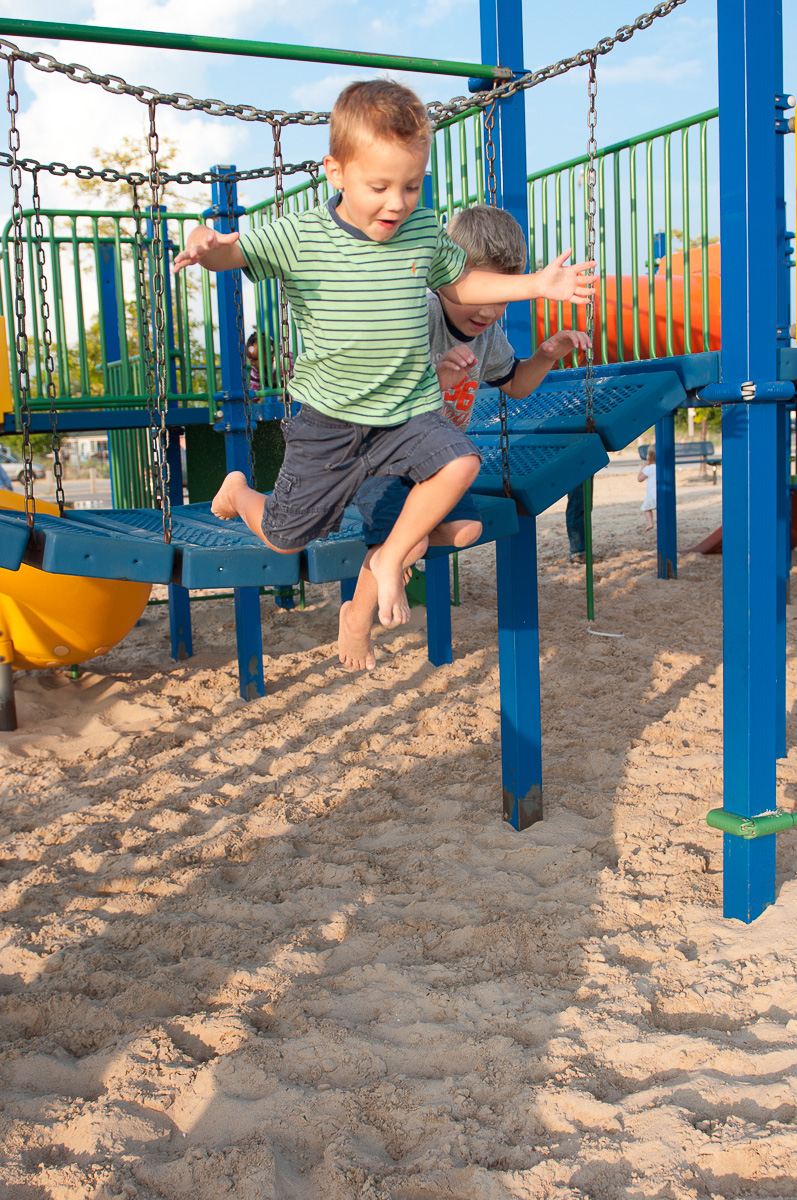 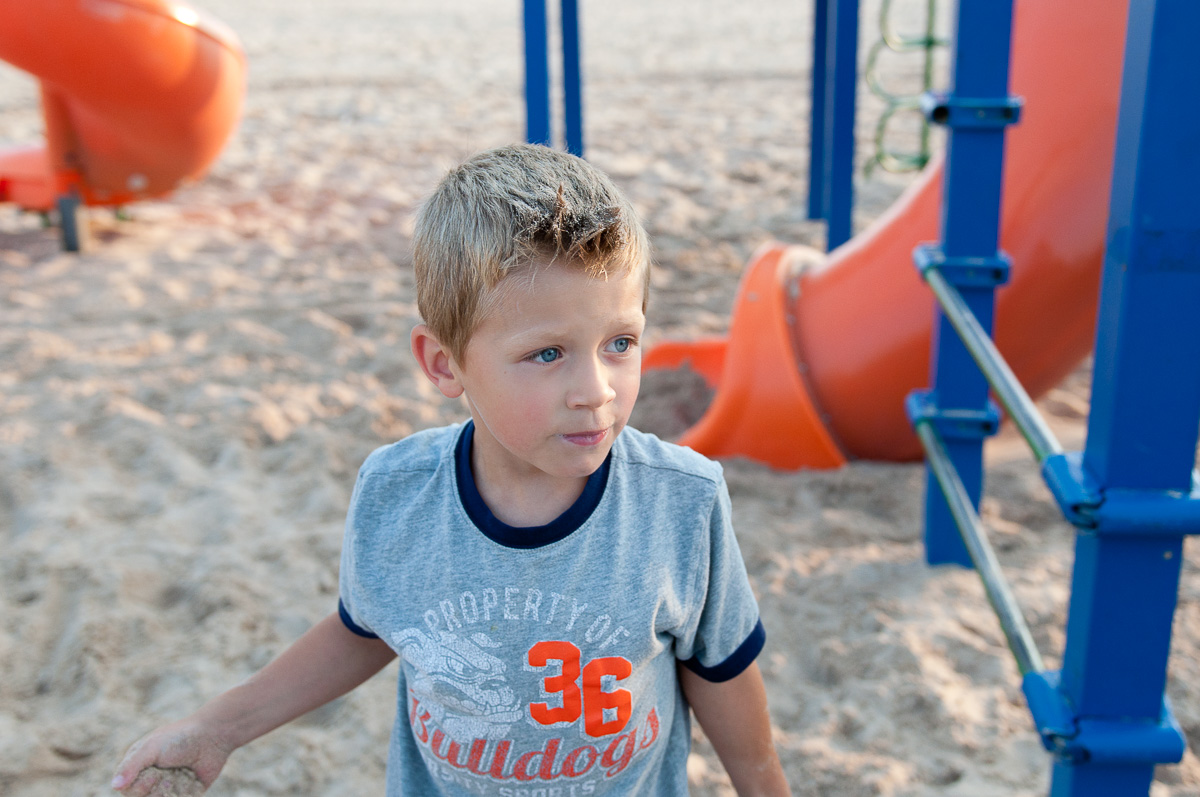 Blake and Nash found what they claimed to be a fighting ring on the main beach and geared up on opposite sides to run and attack each other. 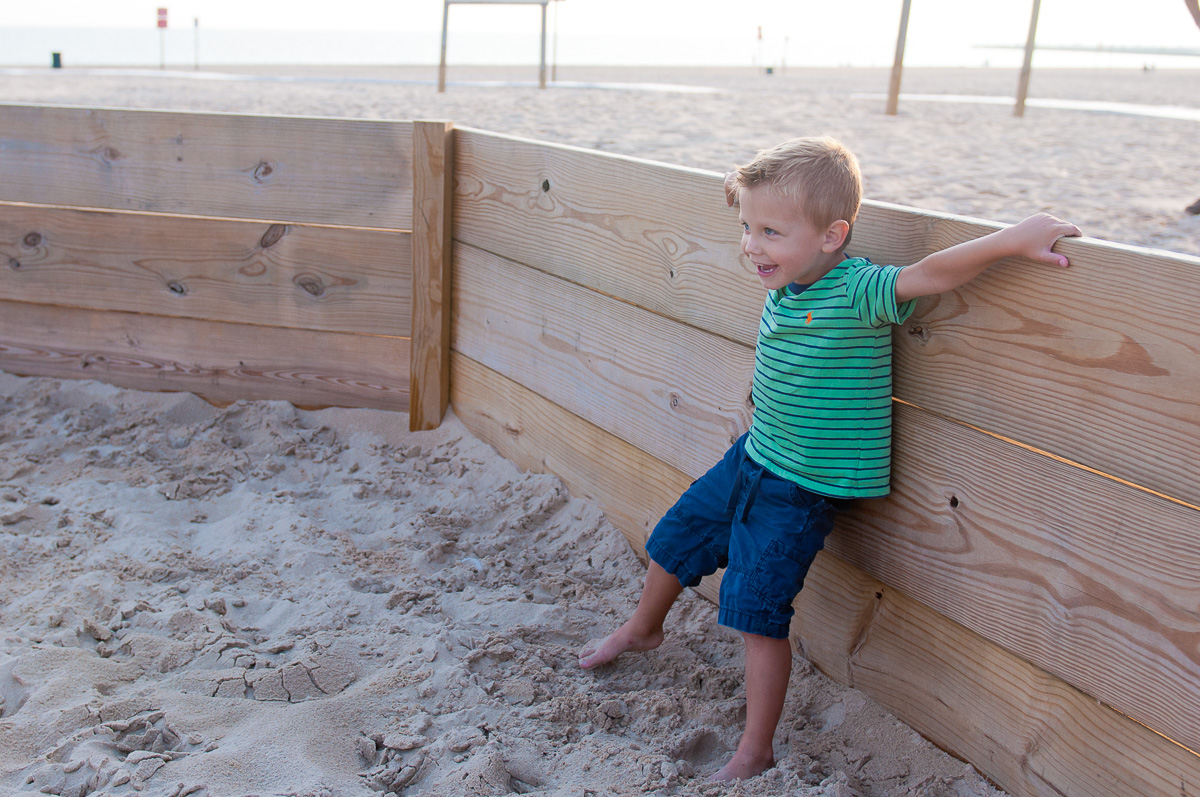 It still surprises me how much boys have the need to fight. My brother captured it all on film for the yearly compilation video he is so kind to put together. 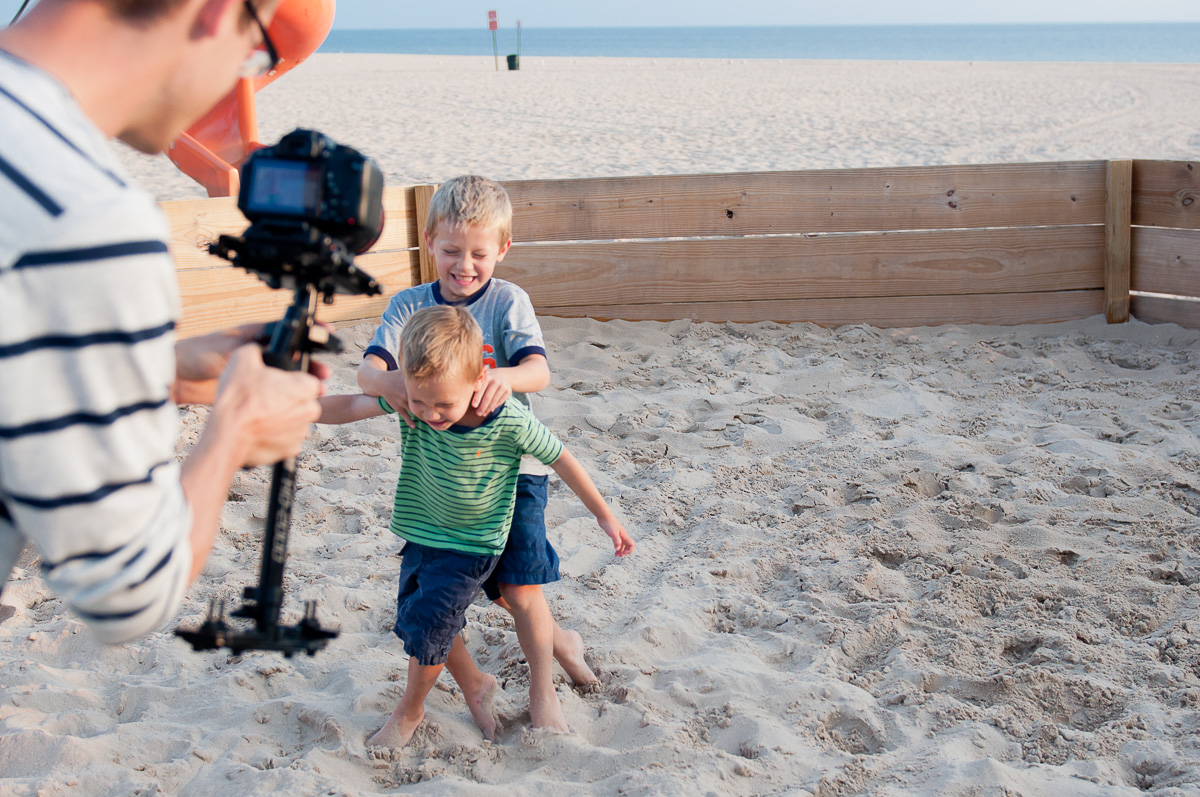 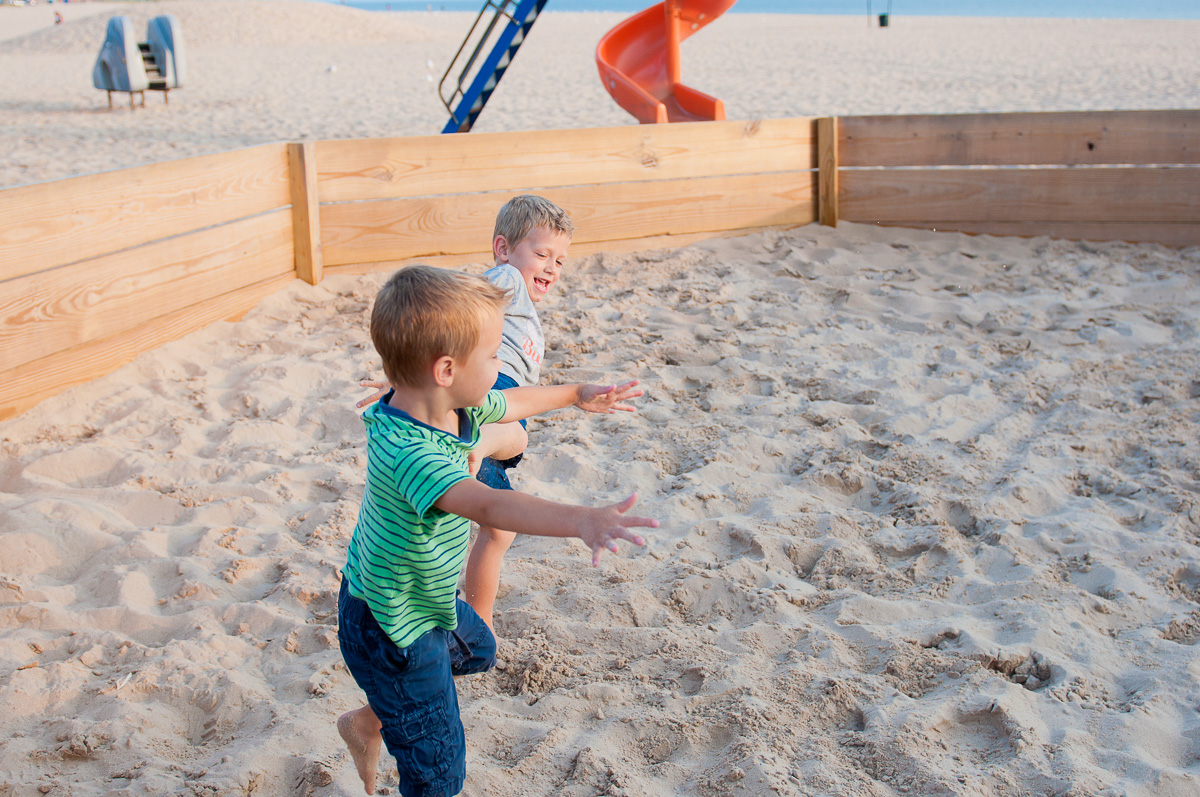 The weather isn’t very nice in Michigan the majority of the year, but you sure can’t beat summer nights in August. 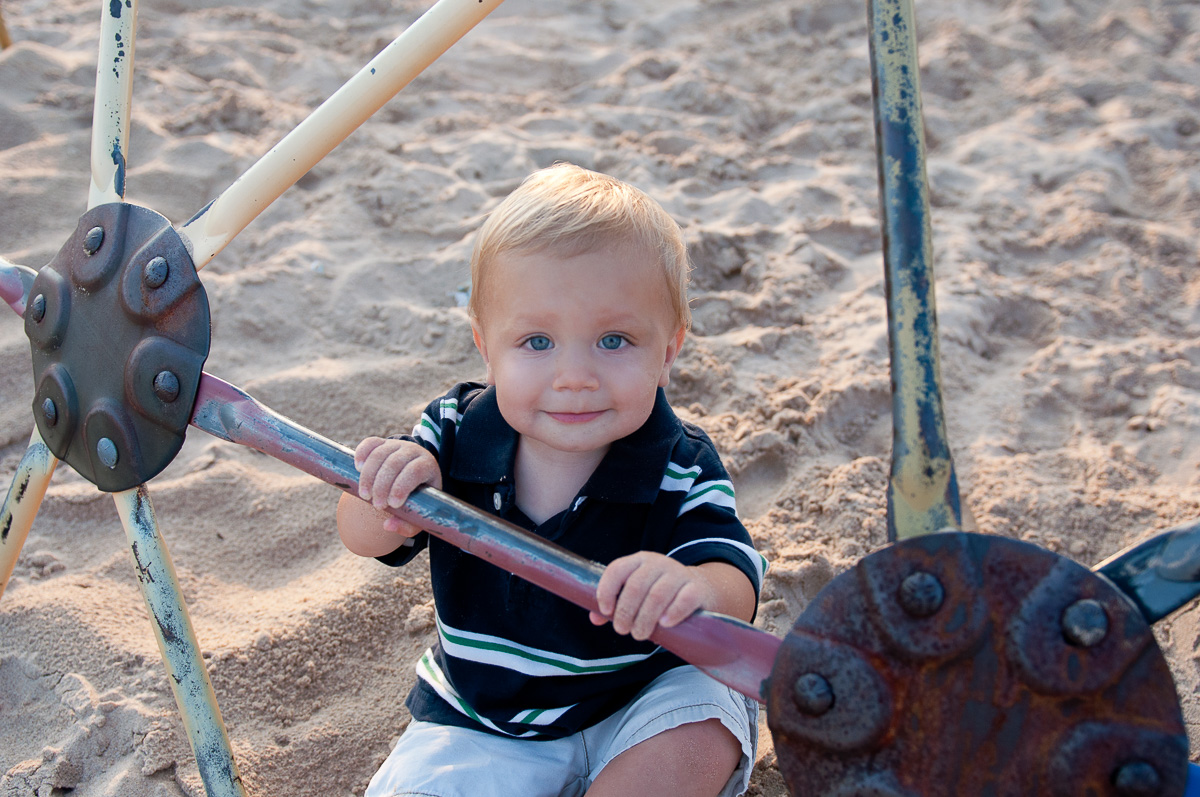