We took one day off from the beach to go river rafting on the Pere Marquette River. We held family reunions at this mid-Michigan river every year when I was little, so it holds lots of memories for me.

There was no way I was going to bring my nice camera on a raft that might tip over, so my low quality phone photos will have to suffice (I know, first world problems).

We convinced Troy to come with us and he was skeptical about the event being enjoyable. But even he was pleasantly surprised by how much fun the adventure turned out to be, which is saying a lot.

I think my favorite part was being in thick Michigan nature all day long and letting our boys soak up the great outdoors. They were grinning from ear to ear the entire time. 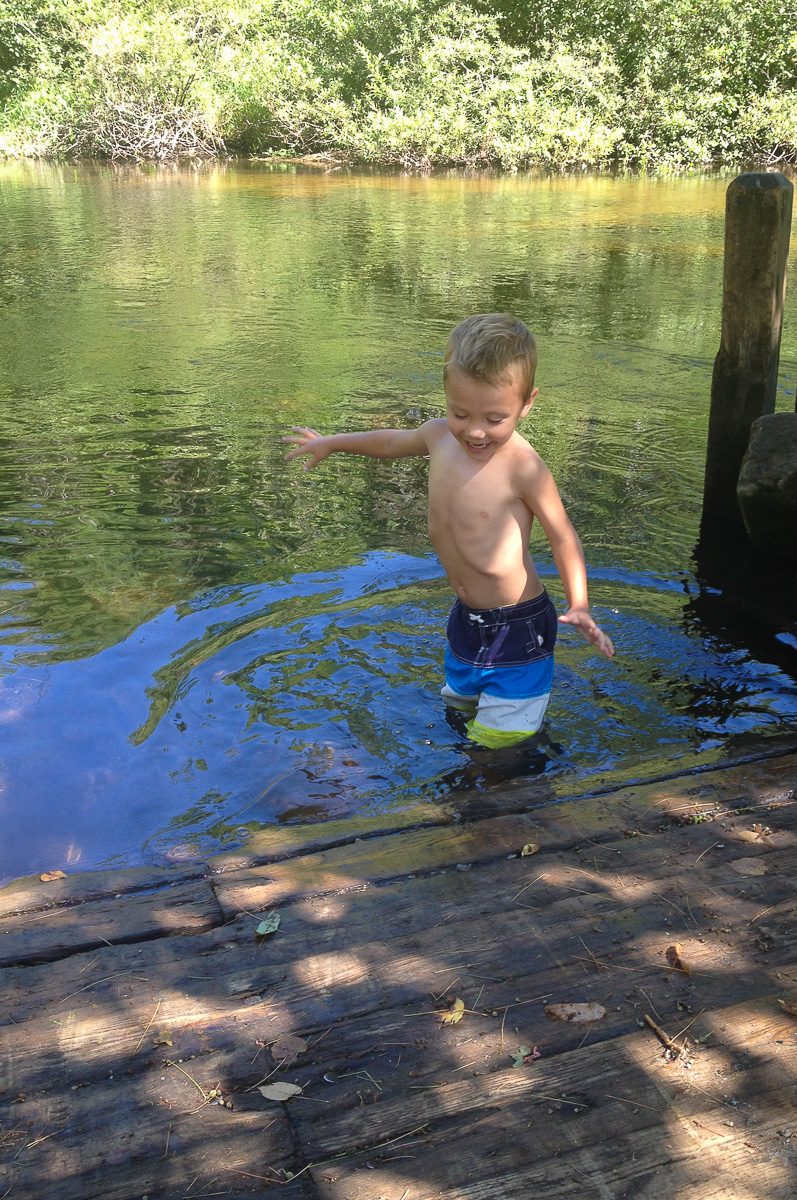 The passengers of our only mode of transportation for several hours included my two aunts, our two older boys, my brother, Troy and myself. We had a knack for steering into shrubs and bushes, knocking one of my aunts into the freezing water a couple of times. 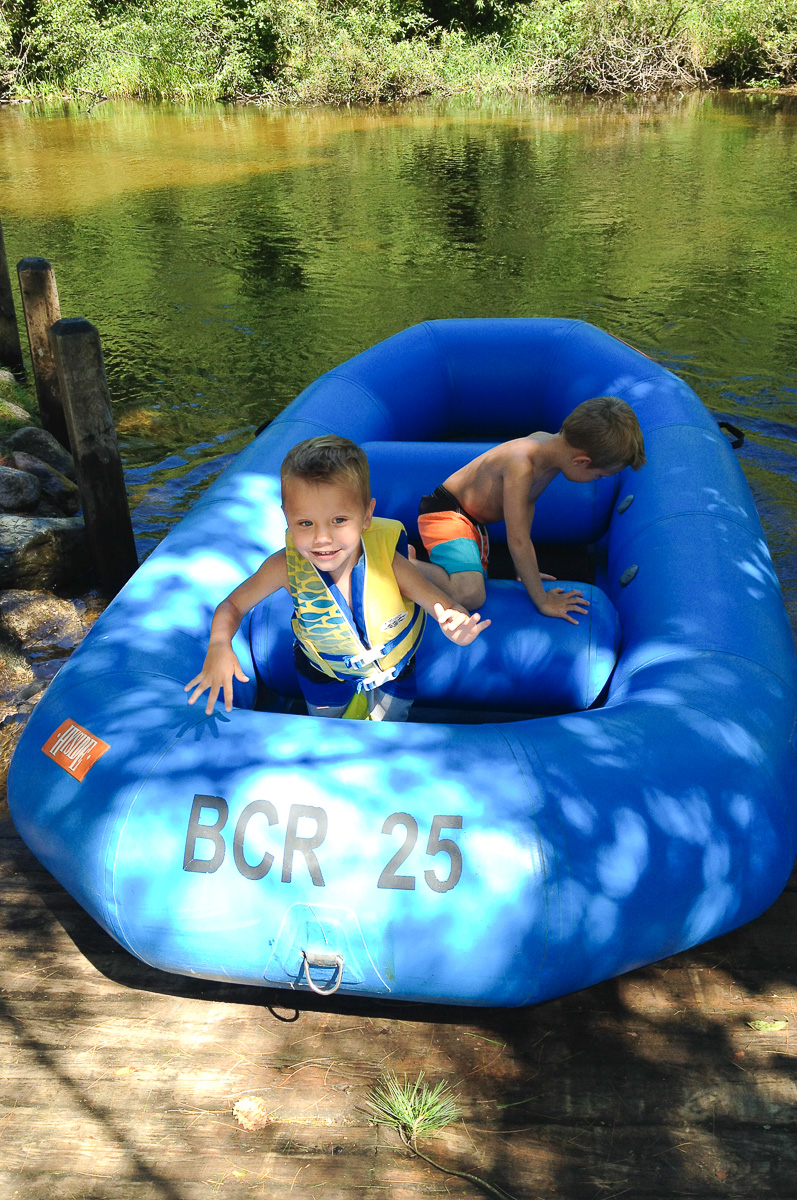 We made a lunch stop at the lodge where we held family reunions all throughout my childhood; the one and only Hook ‘n Horn. When I was young, I dreaded staying at the run down hunting lodge with bunk beds tucked into every nook and cranny, patched together carpet squares in the great room, and one bathroom for 30+ people.

But even though Hook ‘n Horn isn’t exactly a five star hotel, I have fond memories of spending a weekend there with cousins every summer. I think the last time we reunioned there was about nine years ago, before my grandpa who held the lodge membership passed away.

It was surprisingly charming to bring our own children there, showing them the oddities of the “Tree of Lost Soles,” the wrap around porch where countless mass meals were served, and the paths in the woods that led to stunning views of the river. 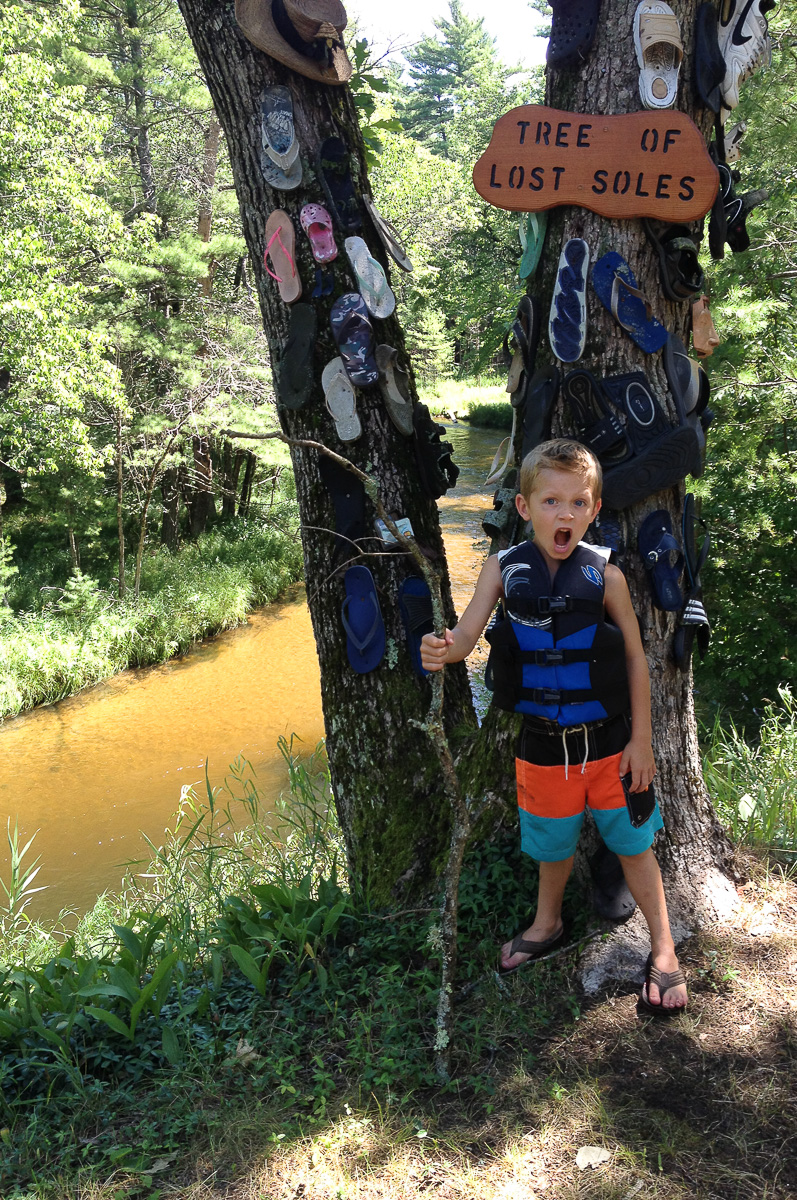 Troy and my brother struck up a game of horseshoes while we were at our pit stop (there was no one around, thankfully). 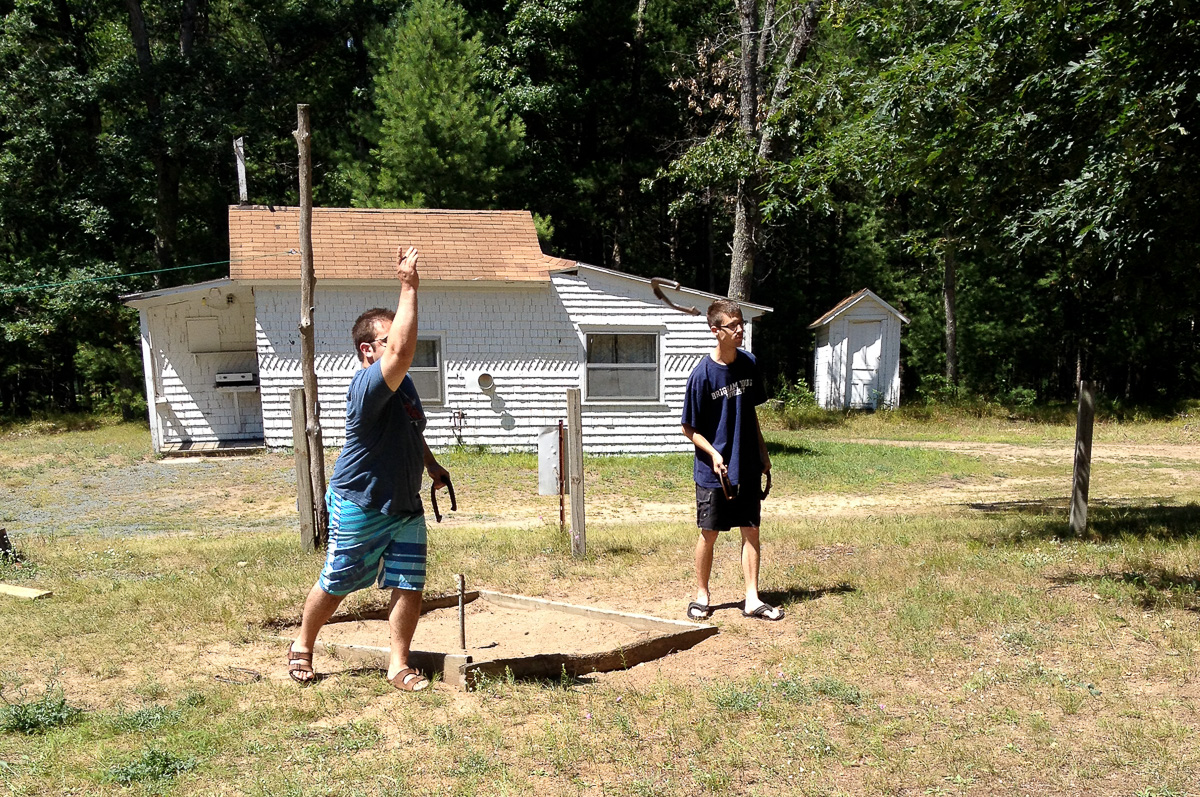 The boys were more than happy to carry on the tradition of eating Caramel Apple Suckers (or CAS’s for short) while rowing on the river. They took turns hopping out of our blue raft into Grandpa’s unsinkable boat. 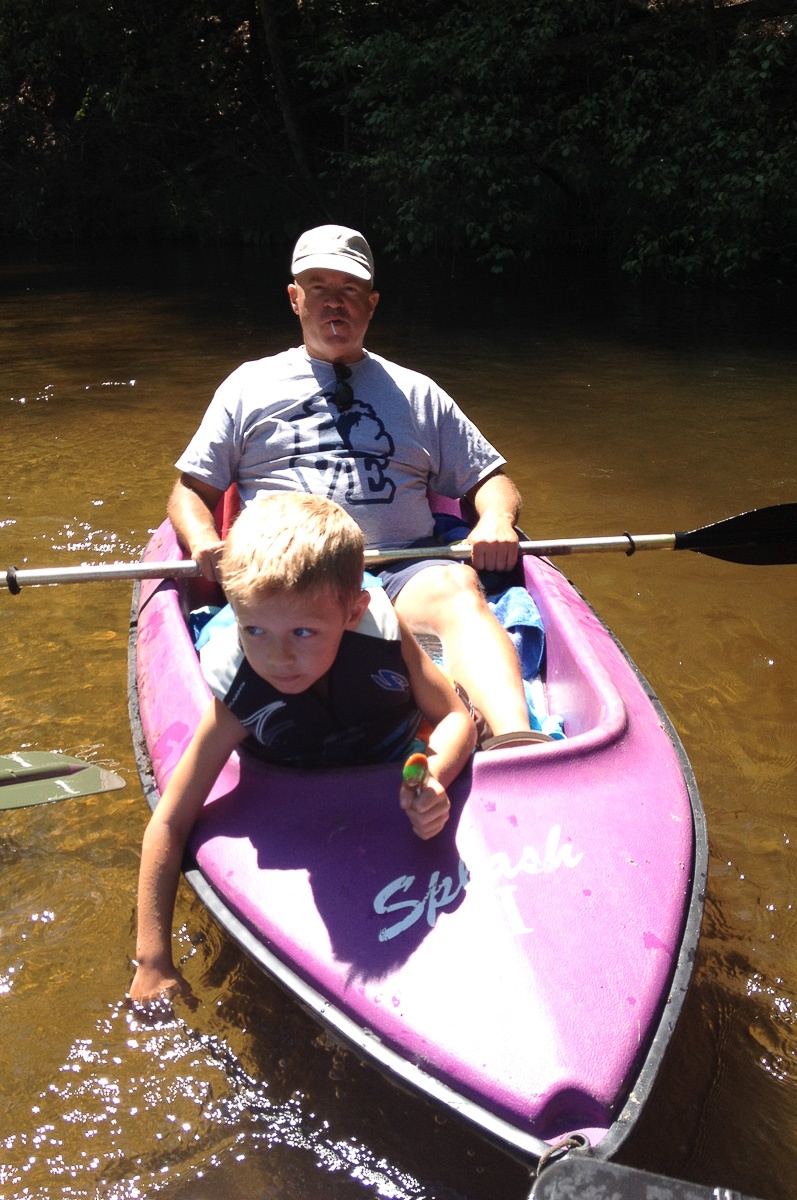 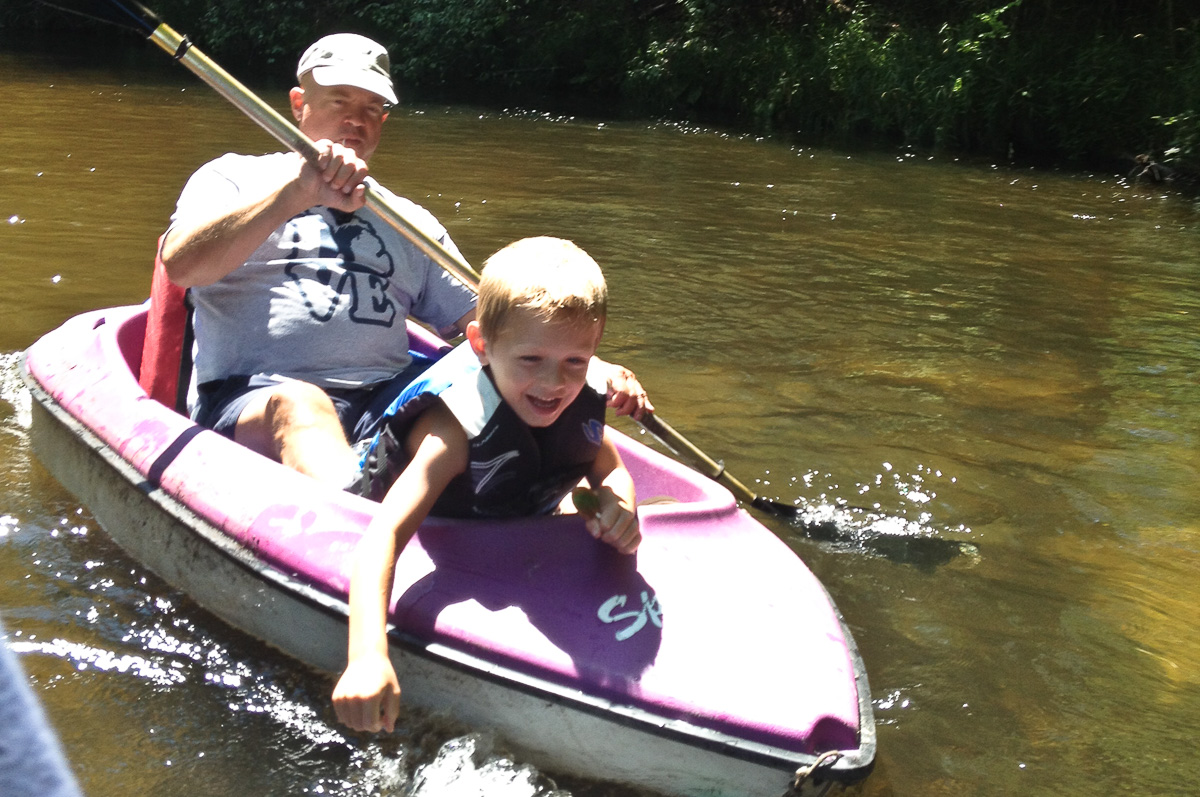 At one point, Troy jokingly announced, “Everyone who thinks Nash should be thrown into the river, raise your hand.” Of course, everyone raised their hands, including Nash. Not knowing that the water was barely 55°, all of a sudden he launched himself off the back of the boat. The pure panic that washed over him when he resurfaced and realized how cold it was is a look I’ll never forget. My brother quickly pulled him in with his paddle and we expected Nash to start sobbing. Instead, a huge smile spread across his face. He was so proud of his little stunt. 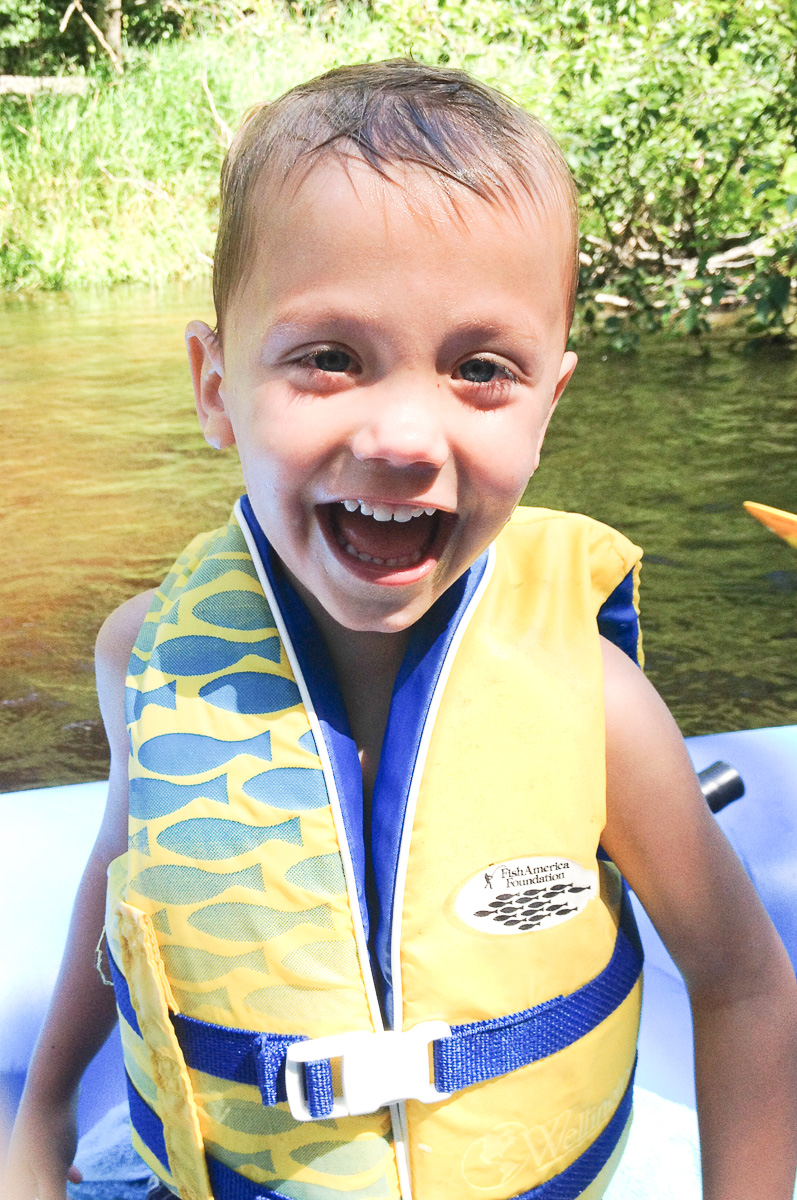 We wrapped him up in a towel even though he was still giggling. 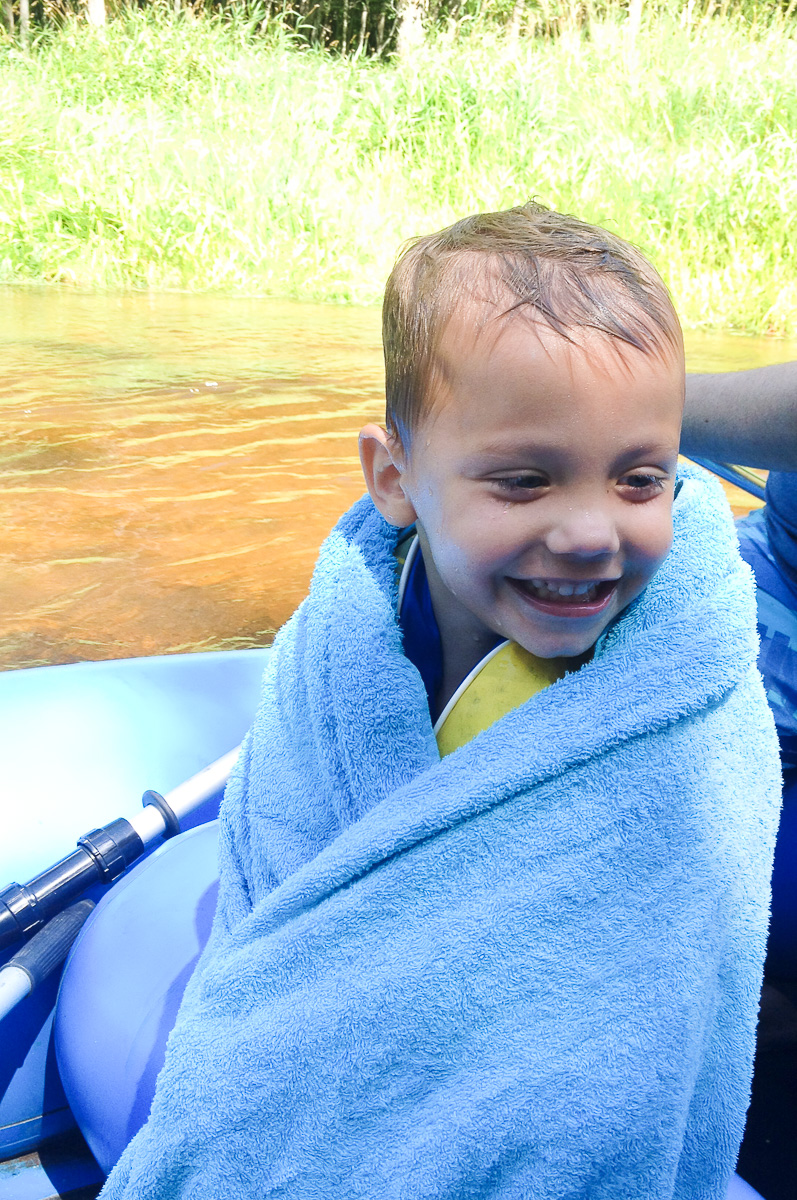 One of the best parts about being on the river is making pit stops at the “Prime Perchin’ Spots” that have been carefully sought out and explored through the years. 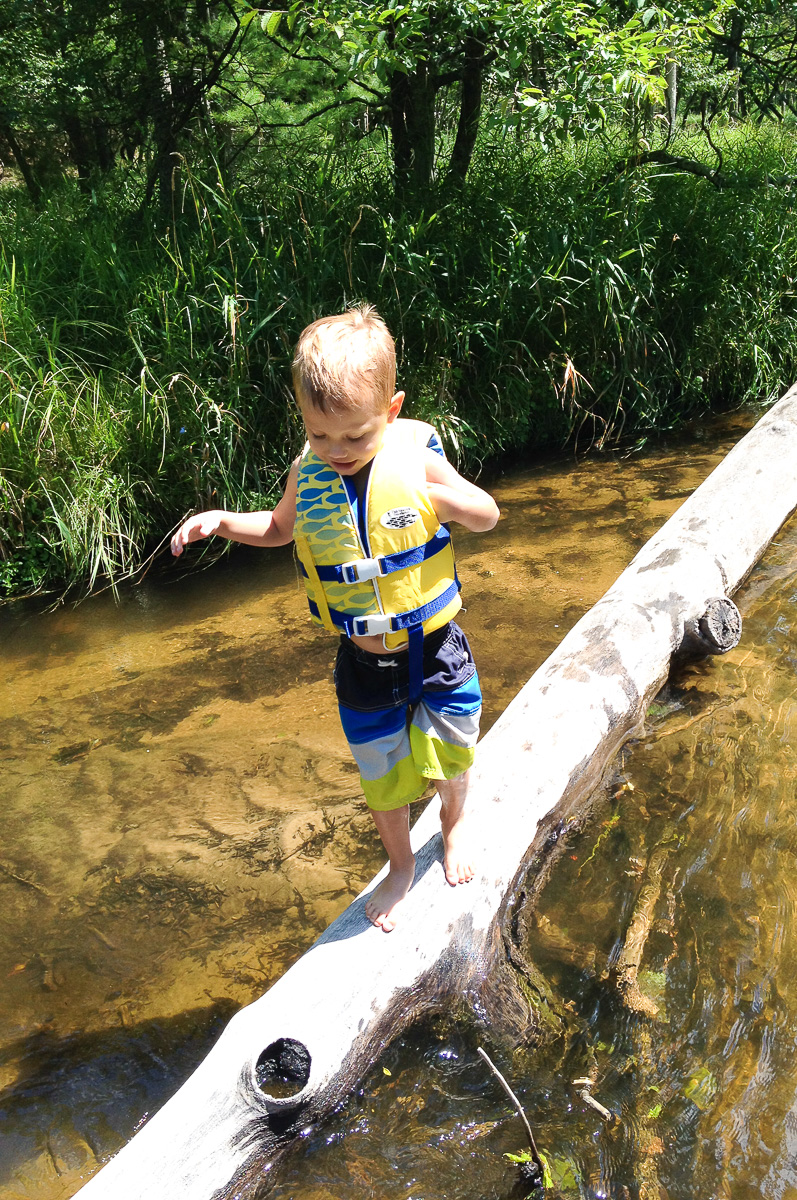 Before calling it a day, we hiked high up on a ledge overlooking the river. In true fashion, my brother constructed an elaborate teepee out of fallen branches. 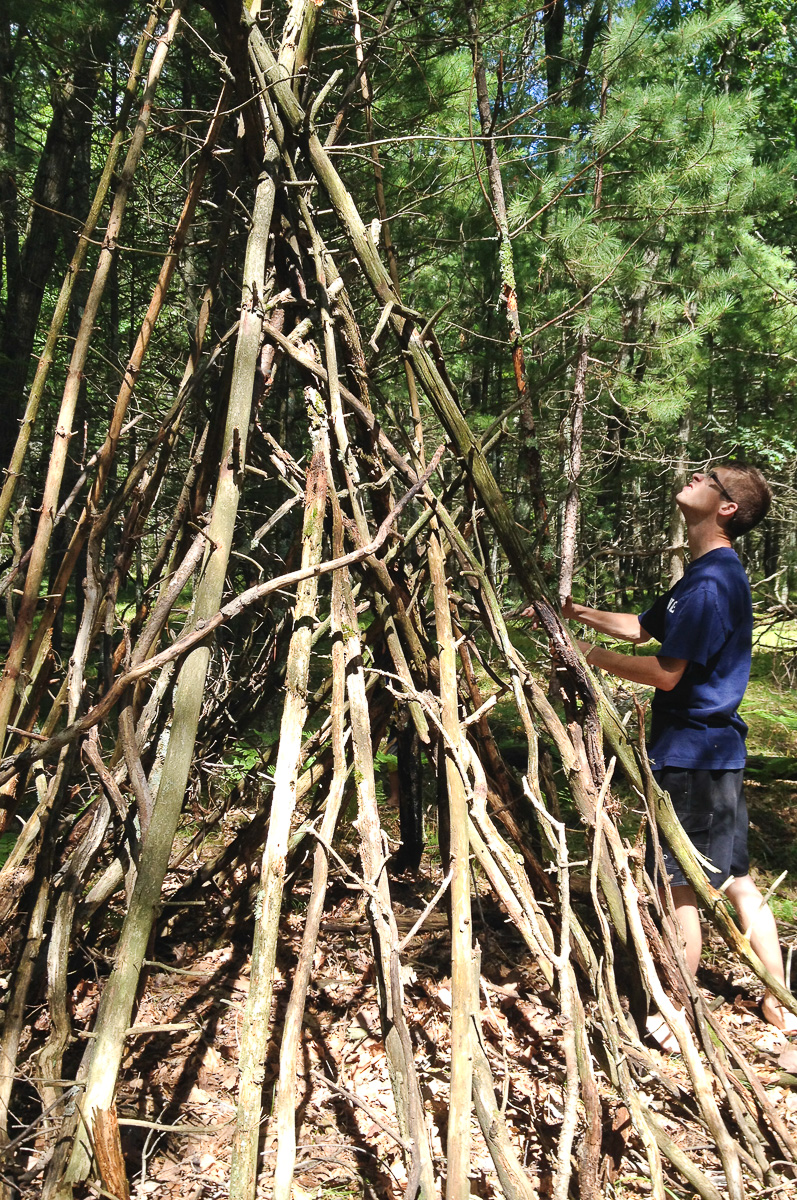 You can probably guess who else was in construction heaven. 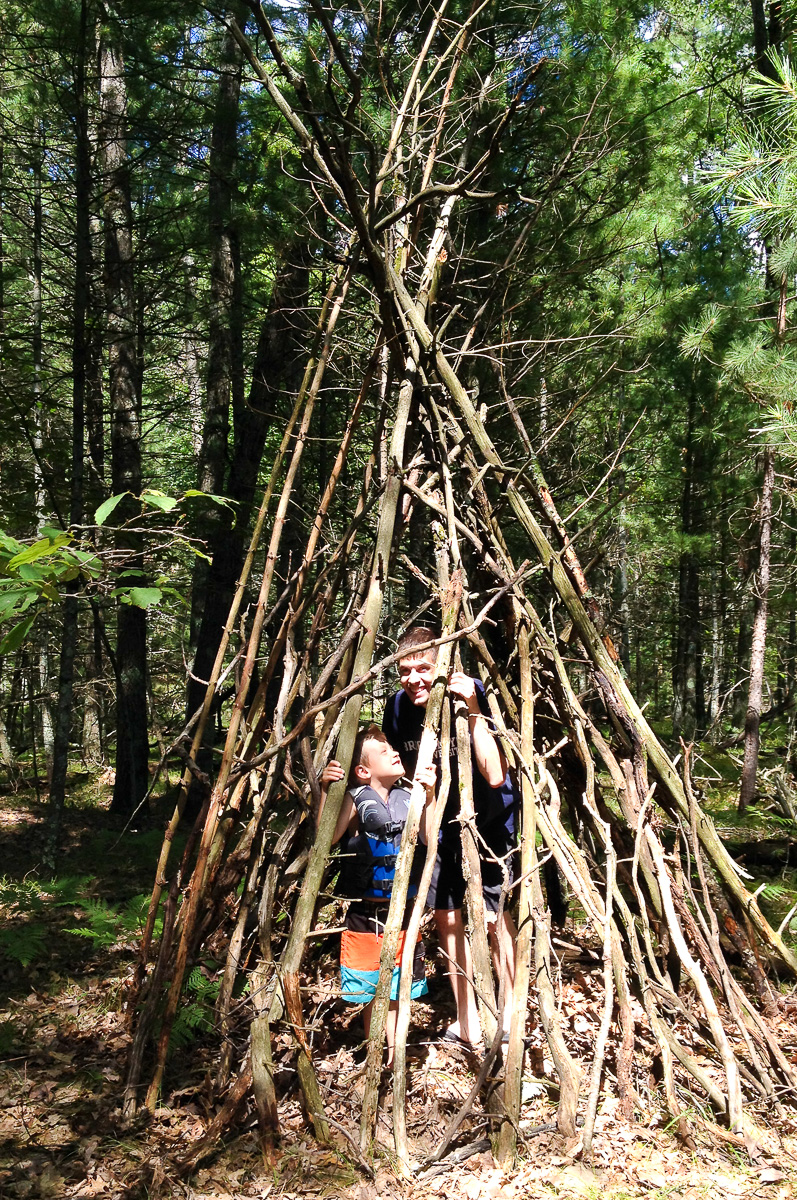 This video pretty much sums up our carefree, adventurous day on the river. Nash thoroughly embraced becoming one with nature.