We survived another year of back to back Halloween events. I’m always exhausted by the end of it all; candy and costume parts strewn across the house and cranky kids from missed naps and sugar highs. But every year I have to remind myself that all of the fuss is worth the effort when the boys’ eyes glow with excitement and long held traditions are repeated.Trunk or treat is always ranked high among Halloween festivities. I was especially counting down the days to the big event this year because it meant that we could pass on the humongous chili cook-off trophy that we stored in our basement since last October.

Blake and Nash went off completely on their own to gather candy. It seems like just yesterday I was tightly gripping their hands to guide them around during this annual event. 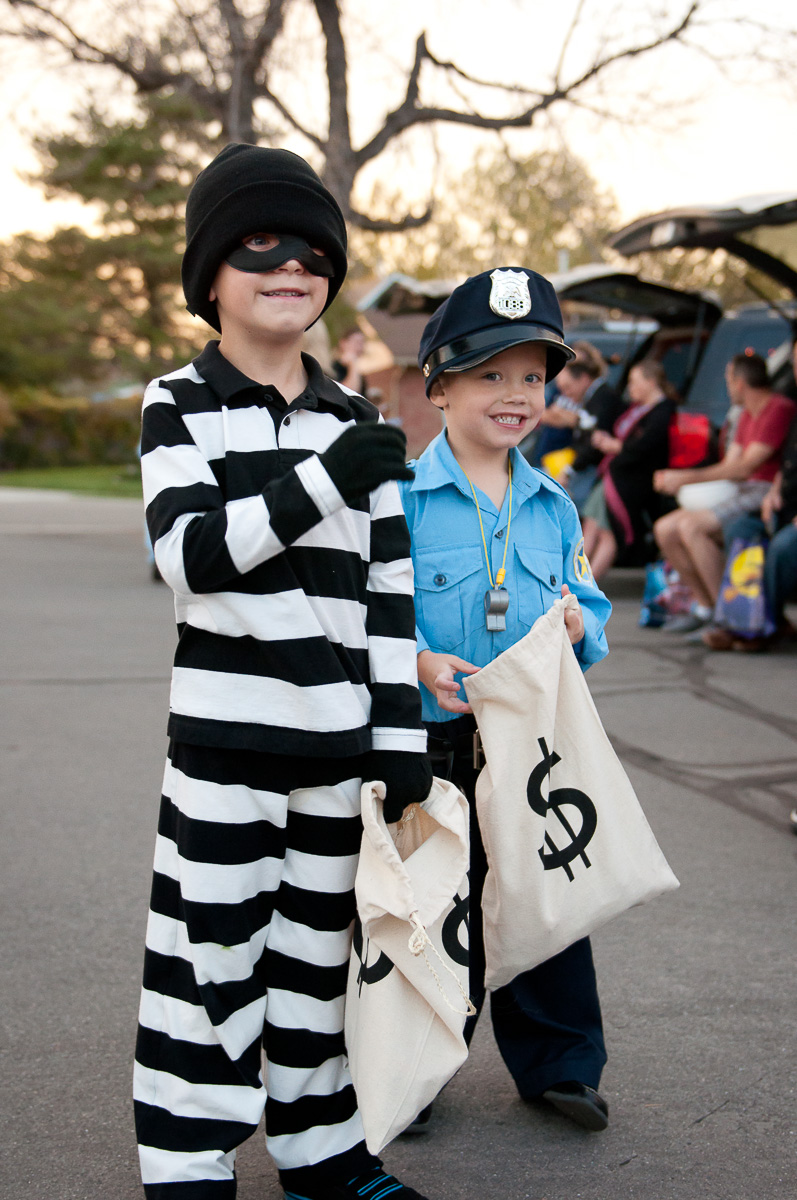 Finn, or robber #3, was a hot commodity. I don’t think I held him once. And I joined the boys as robber #4. 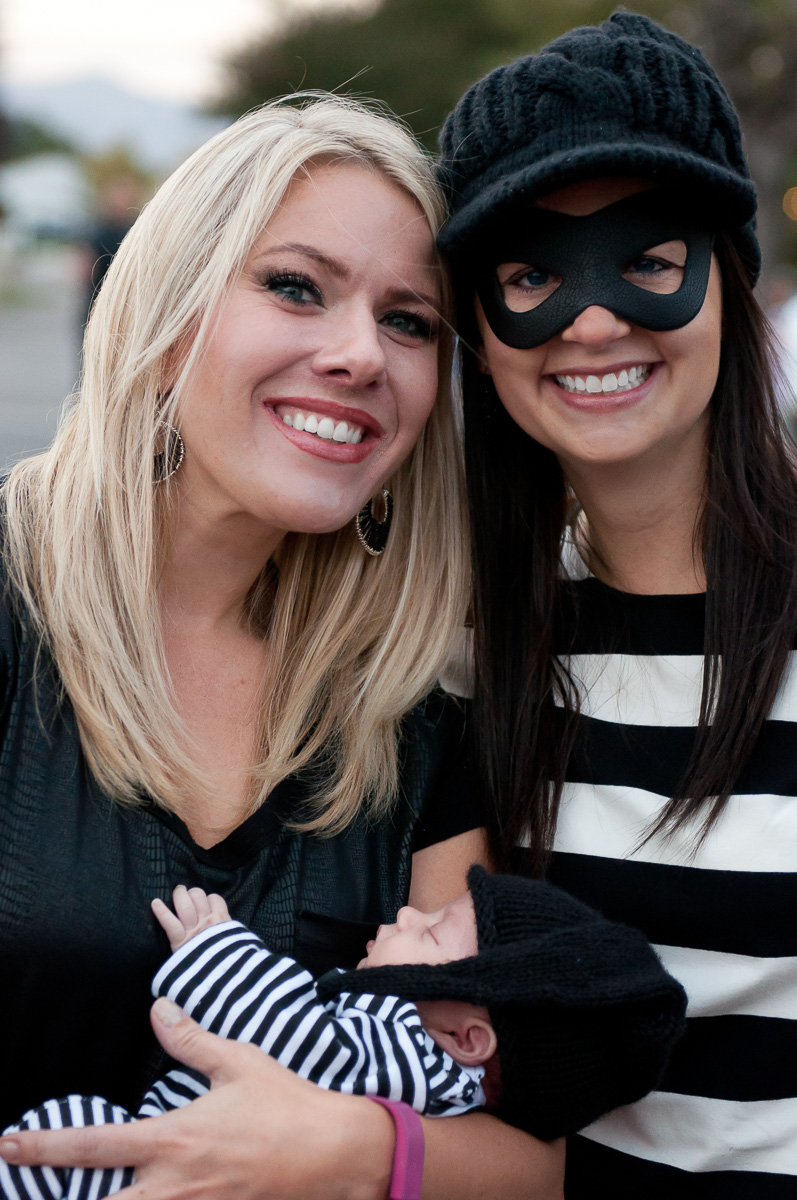 Our friend Bella usually only has eyes for Nash, but she switched her allegiance to Crew and Finn for the night. I mean, she does have a lot of options to choose from in our family. 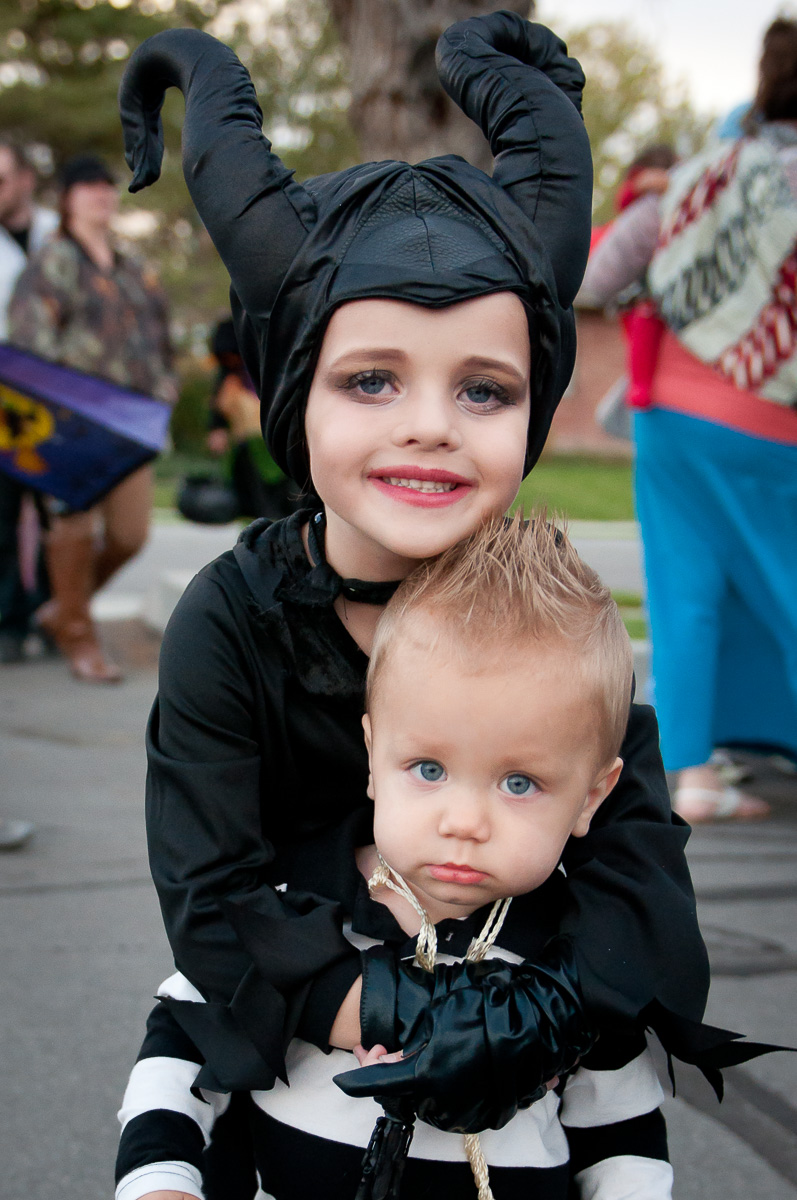 Our darling neighbor and babysitter Brooklyn claimed some time with the babies as well. 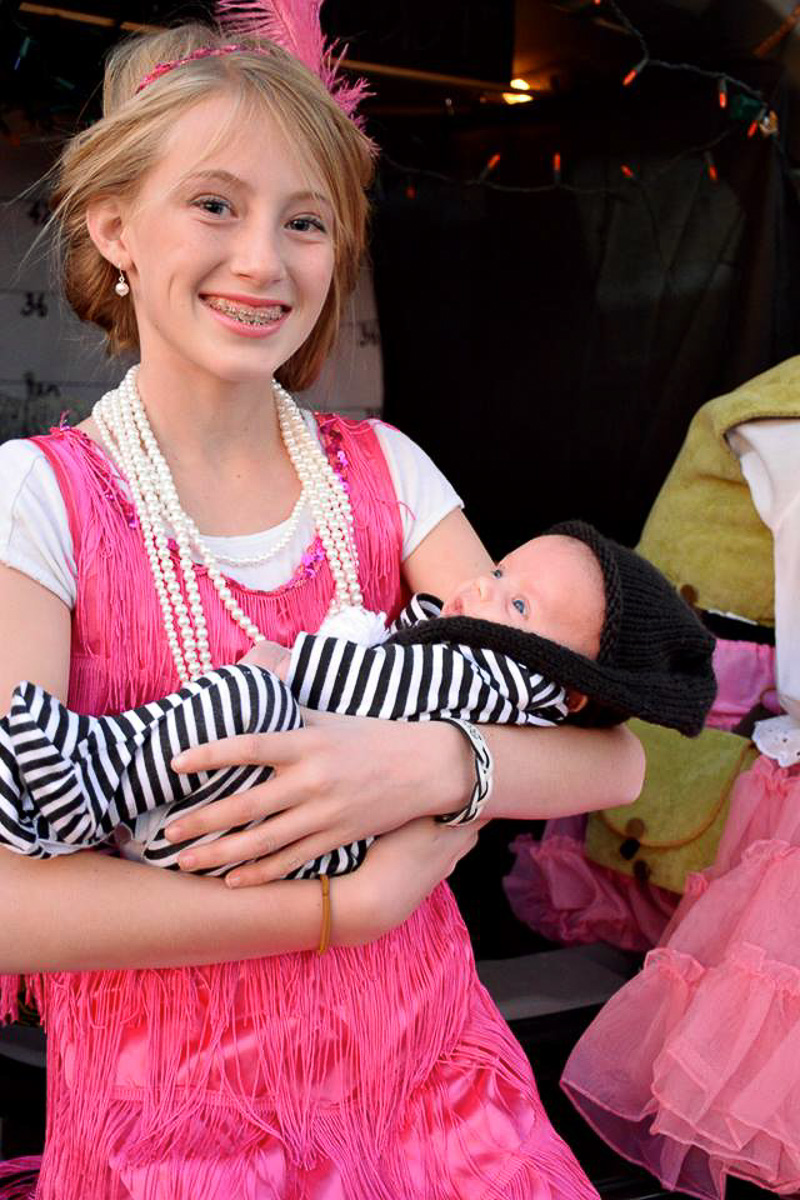 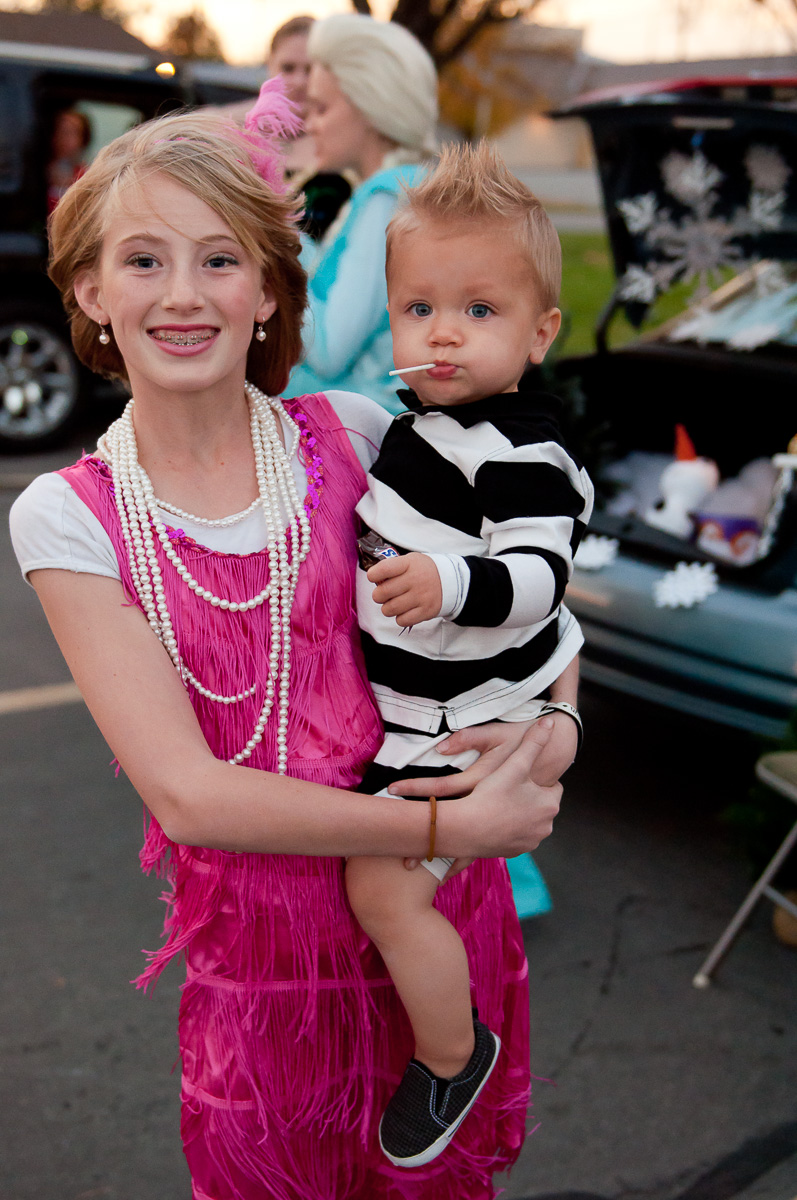 Crew wasn’t sure what to think of the whole ordeal of putting candy in his bag until he was rewarded with a sucker. He was completely satisfied the rest of the night. 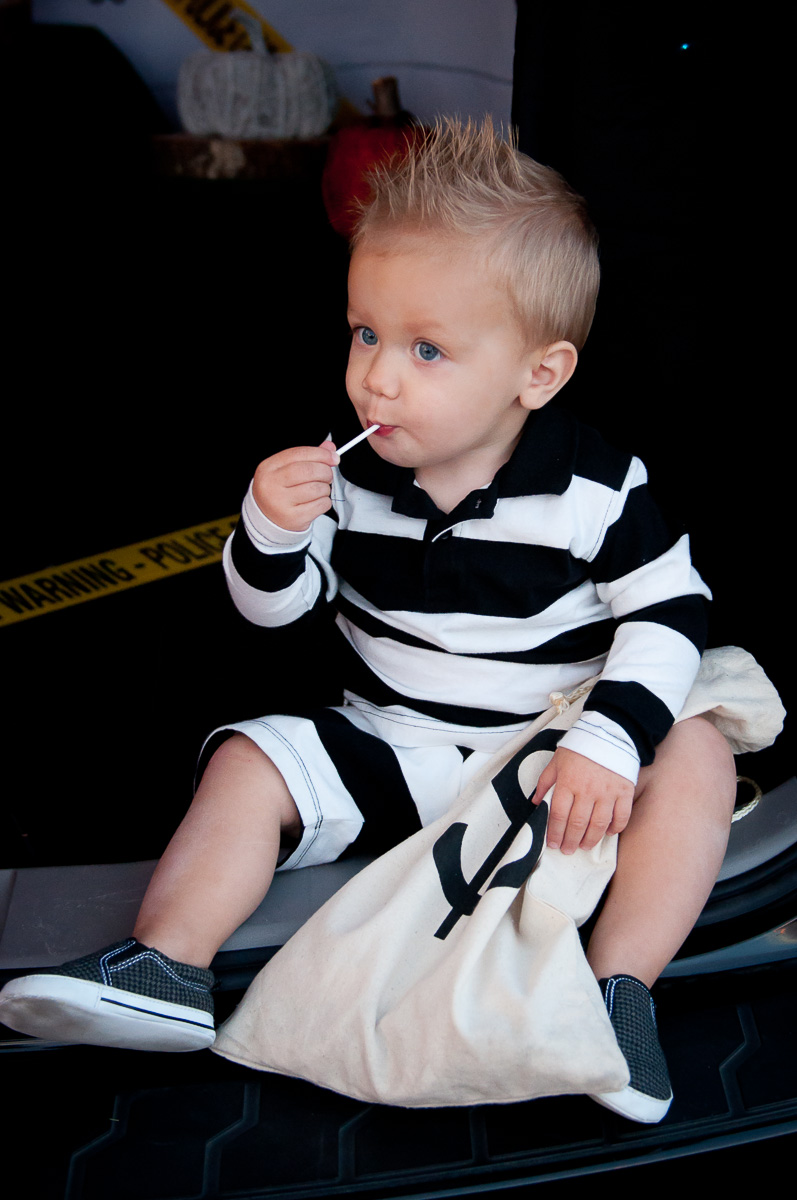 My brother and his wife decorated our trunk as per tradition and rocked their mad hatter costumes. 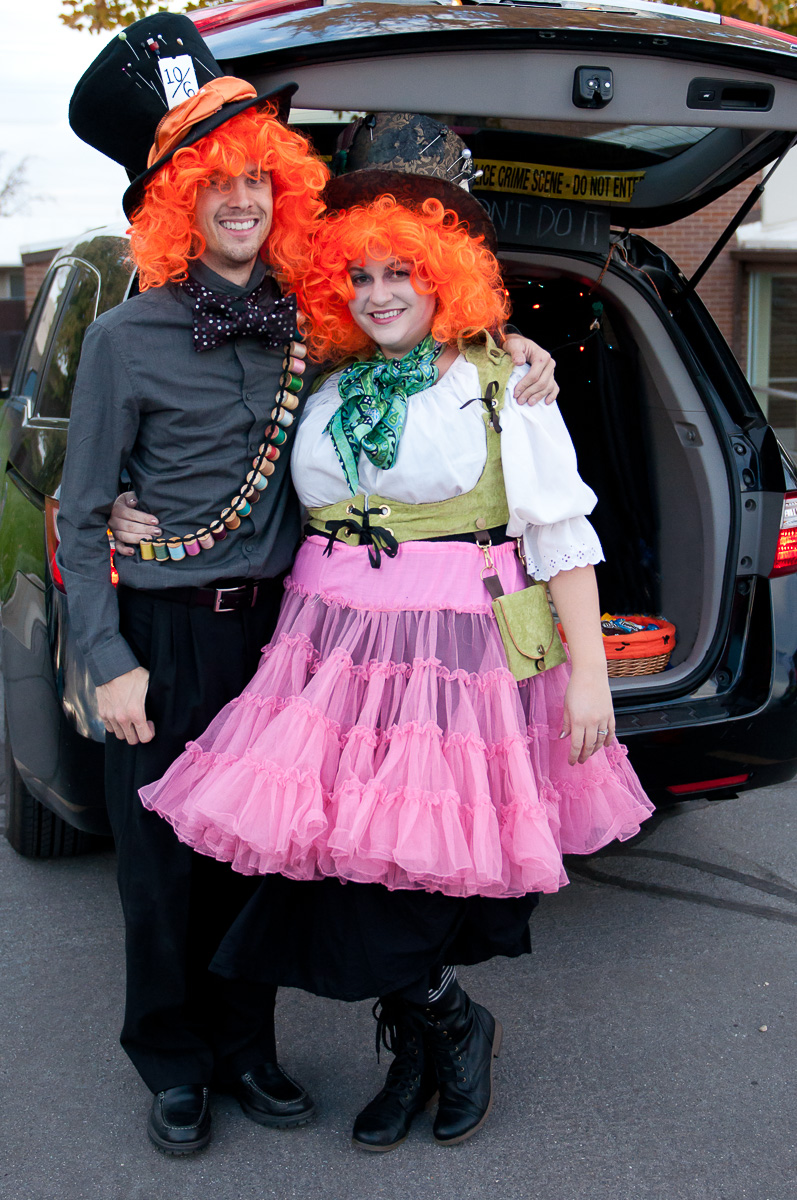 To top off the night, a beautiful October sky washed over us. And that three foot trophy was finally passed on to the next lucky owner. 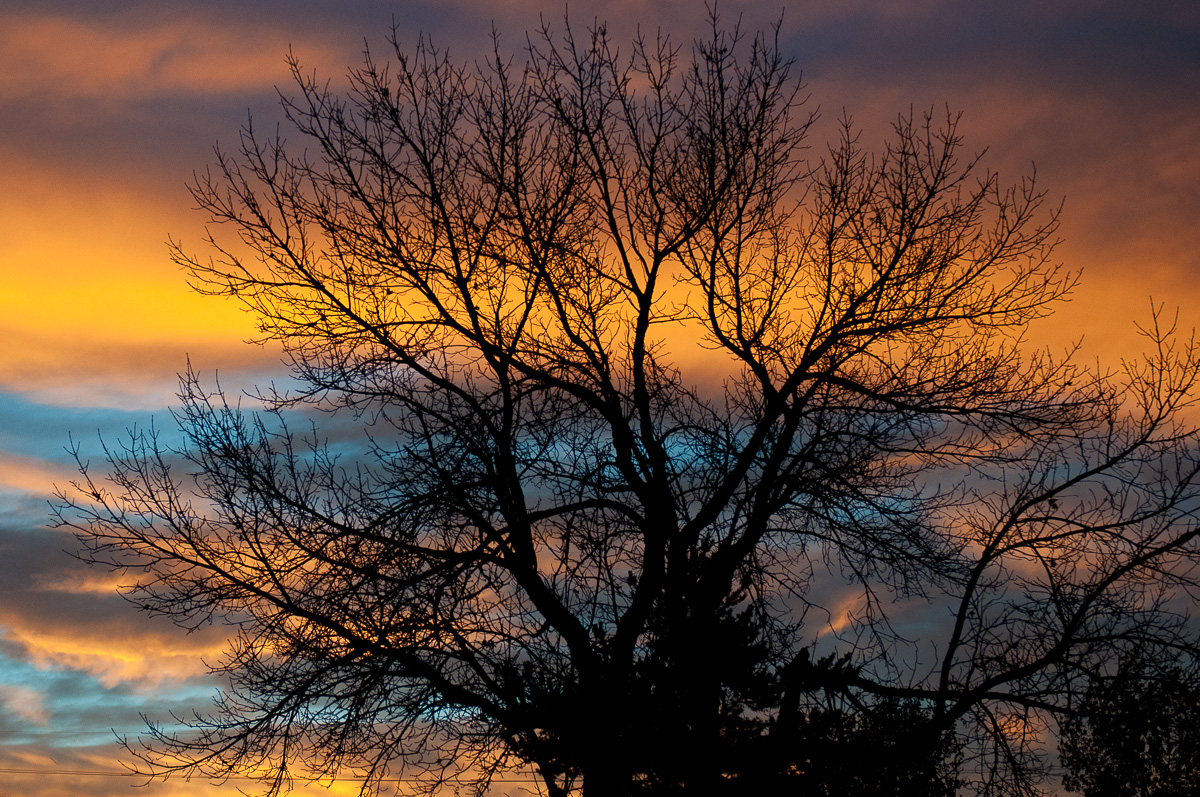 Then there were the school parades. After waiting for the entire elementary school to parade through the packed gymnasium, we saw Blake for approximately two seconds. Long enough for me to get one blurry shot. 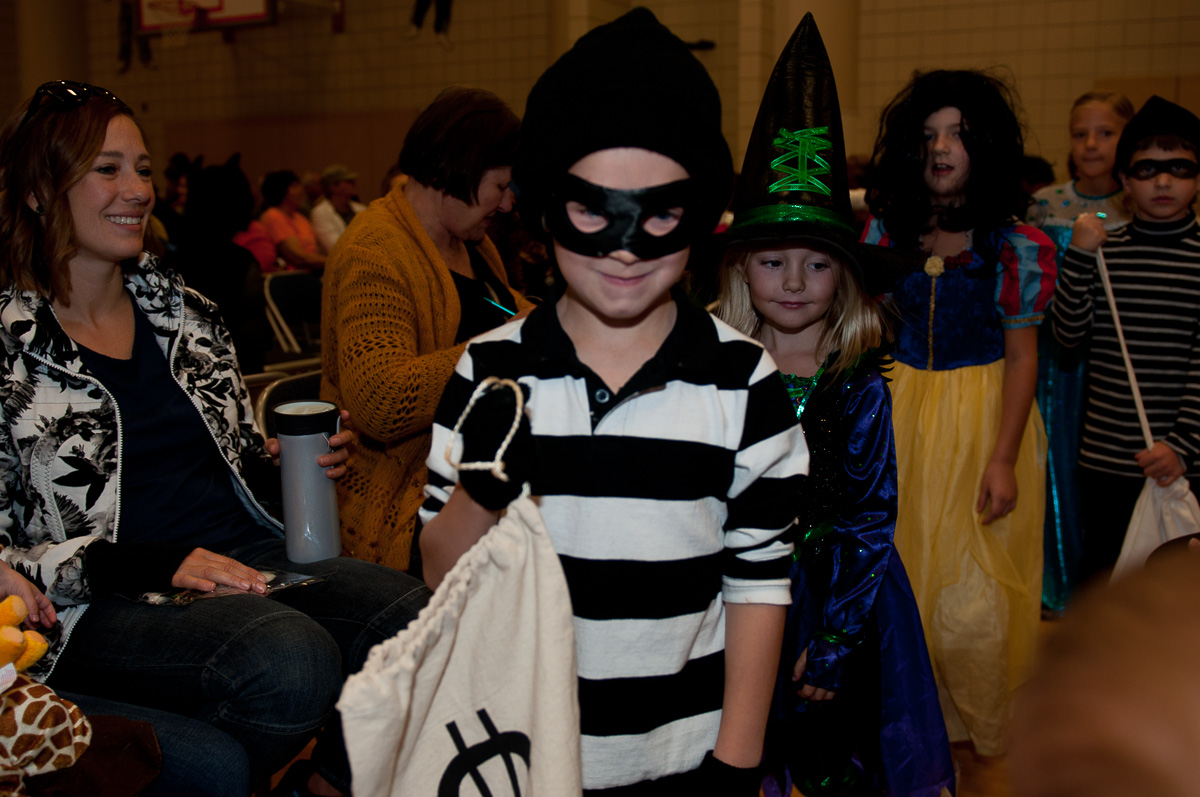 Nash’s school parade lasted a bit longer and they sang us several Halloween songs as well. 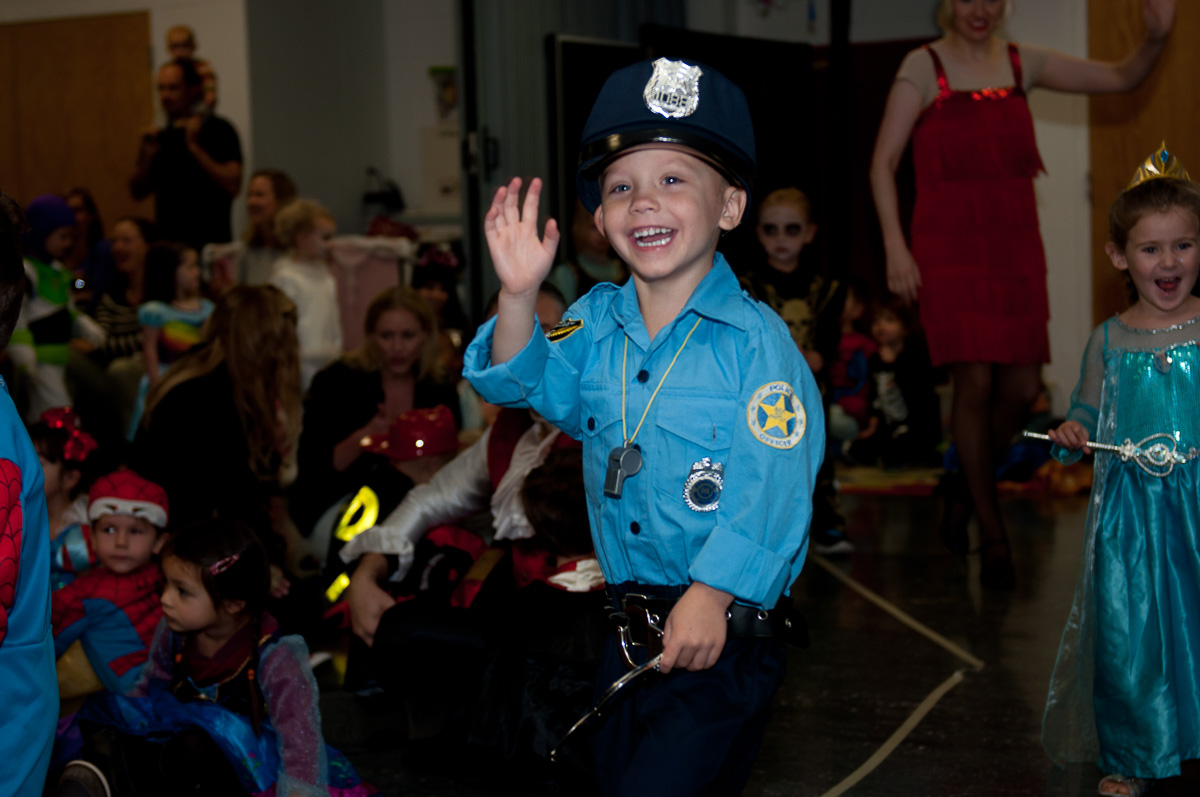 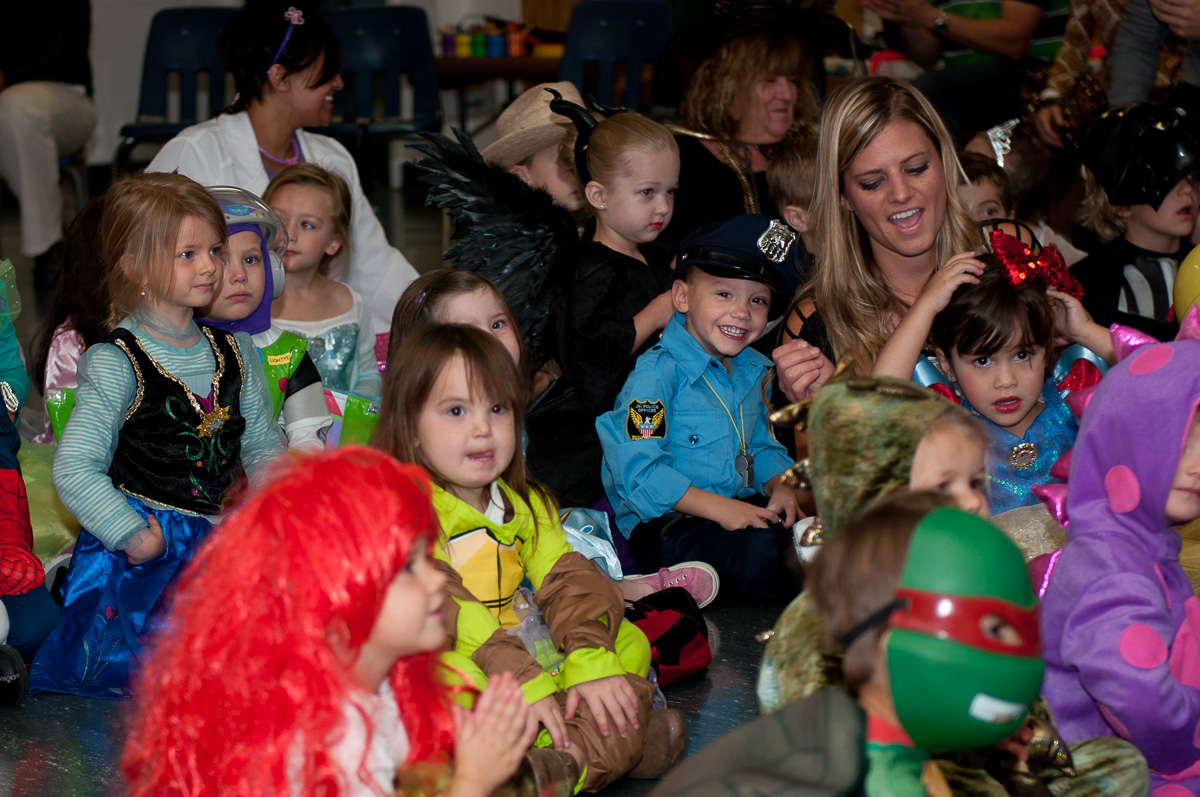 Nash had the scary “boo” hands down pat. 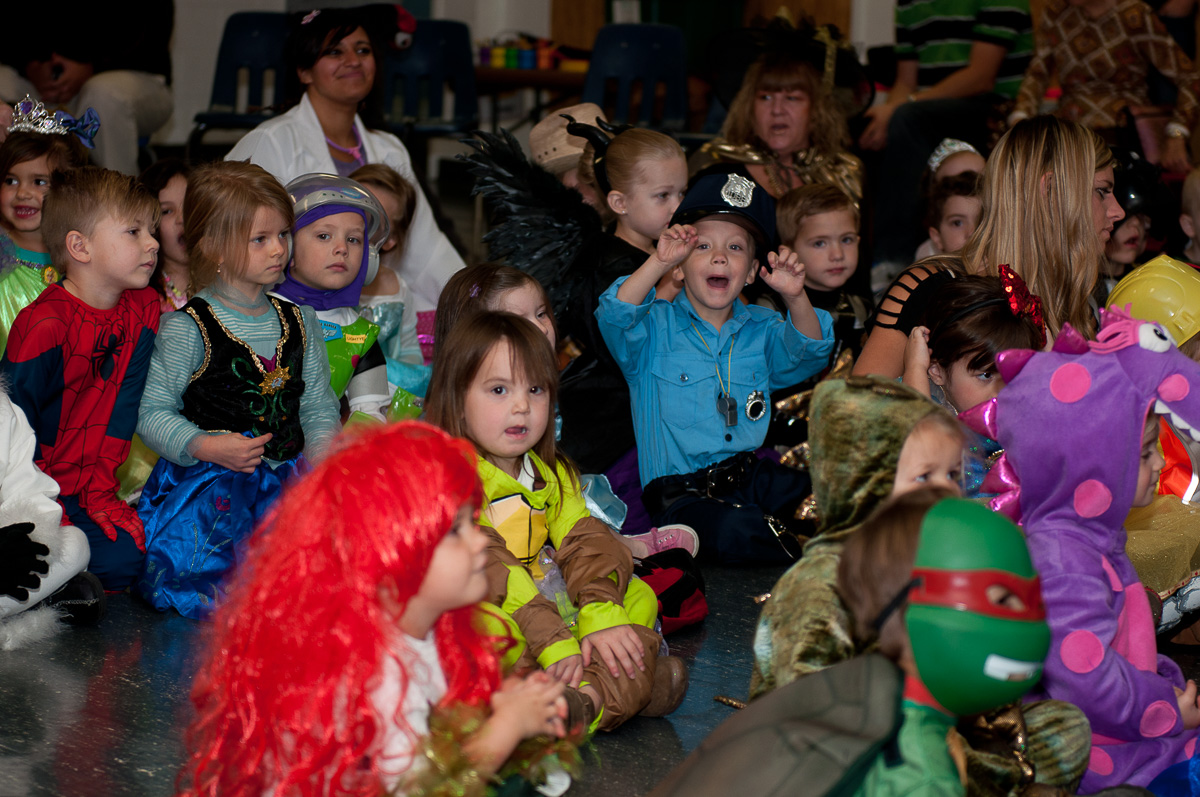 After all of the school hoopla came to an end, we headed to the annual trick or treat at Troy’s office. He admitted that this is the most stressful day of the year for him. Not only does he miss work while he walks around to gather candy with us, but he is so worried that the boys are going to misbehave. No one else on his current team has children which makes him a little more on edge. Especially since we have four. Thankfully, the boys were very polite (phew) and they collected more candy from the endless aisles of desks than they could carry. 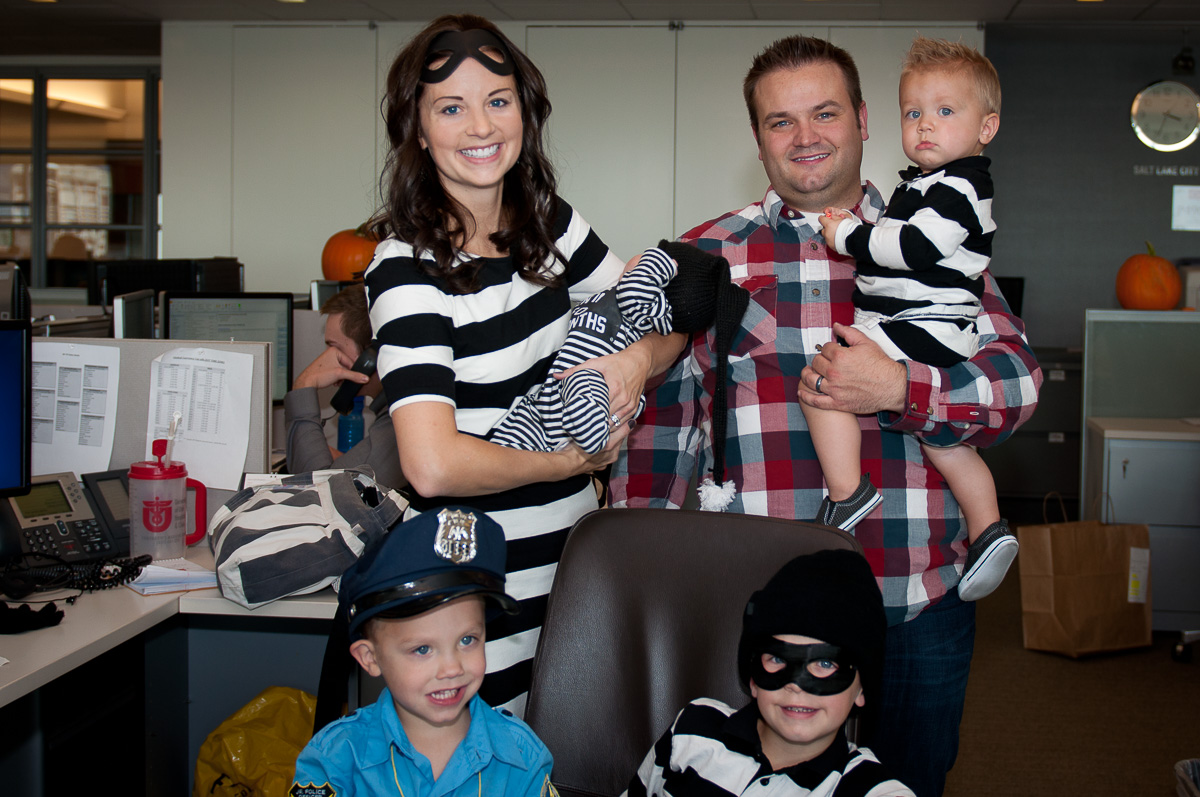 They were quite the hit amongst Troy’s co-workers. But when a huge settlement issue came to the surface and Crew started simultaneously playing with the cords under Troy’s desk and Nash started spinning Finn around on the desk chair, we knew it was time to go. 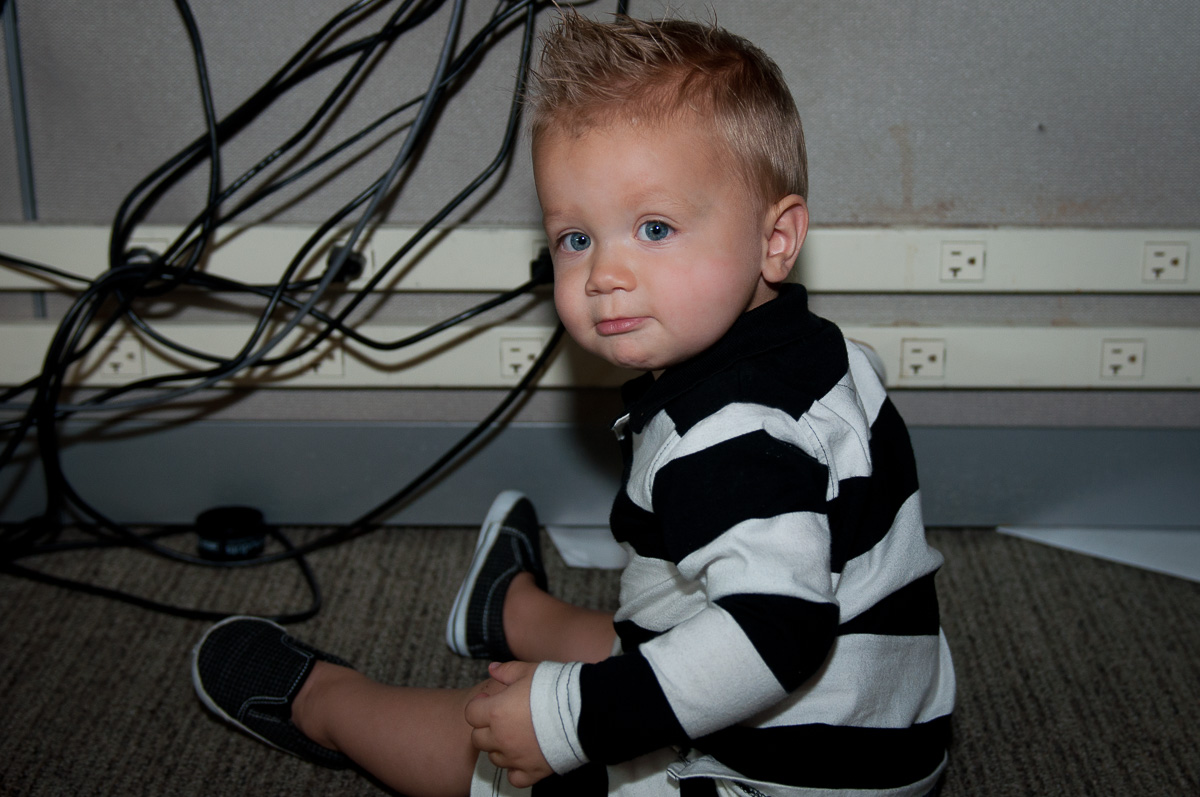 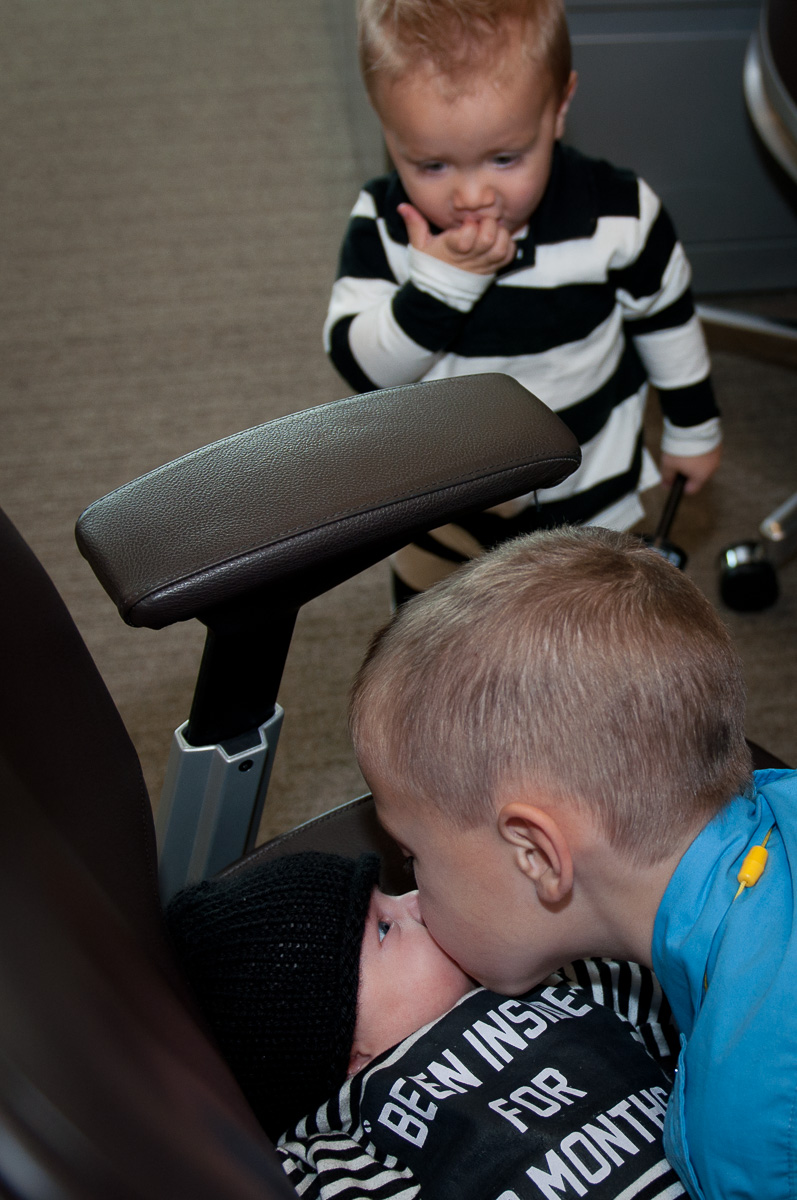 Crew took a brief siesta before our final event; neighborhood trick or treating. 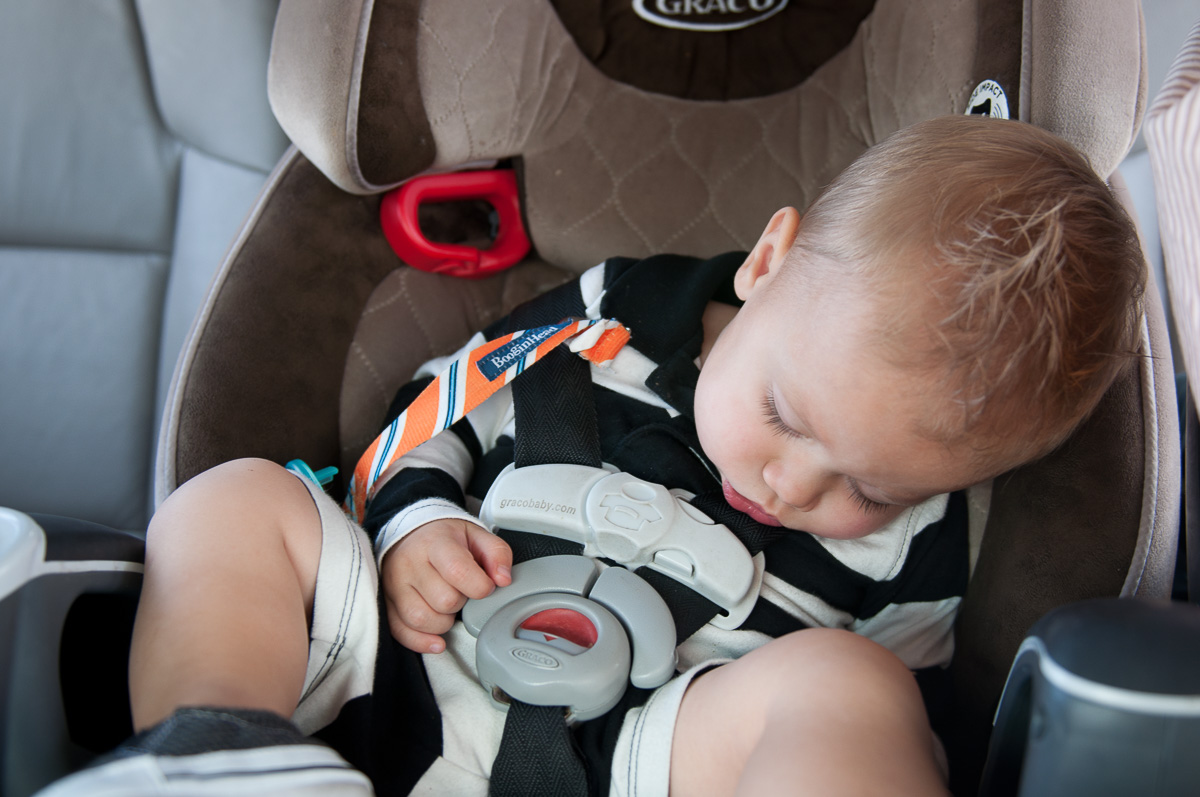 He caught on pretty quickly to the candy collecting phenomenon. After his short snooze, he was ready for another round. 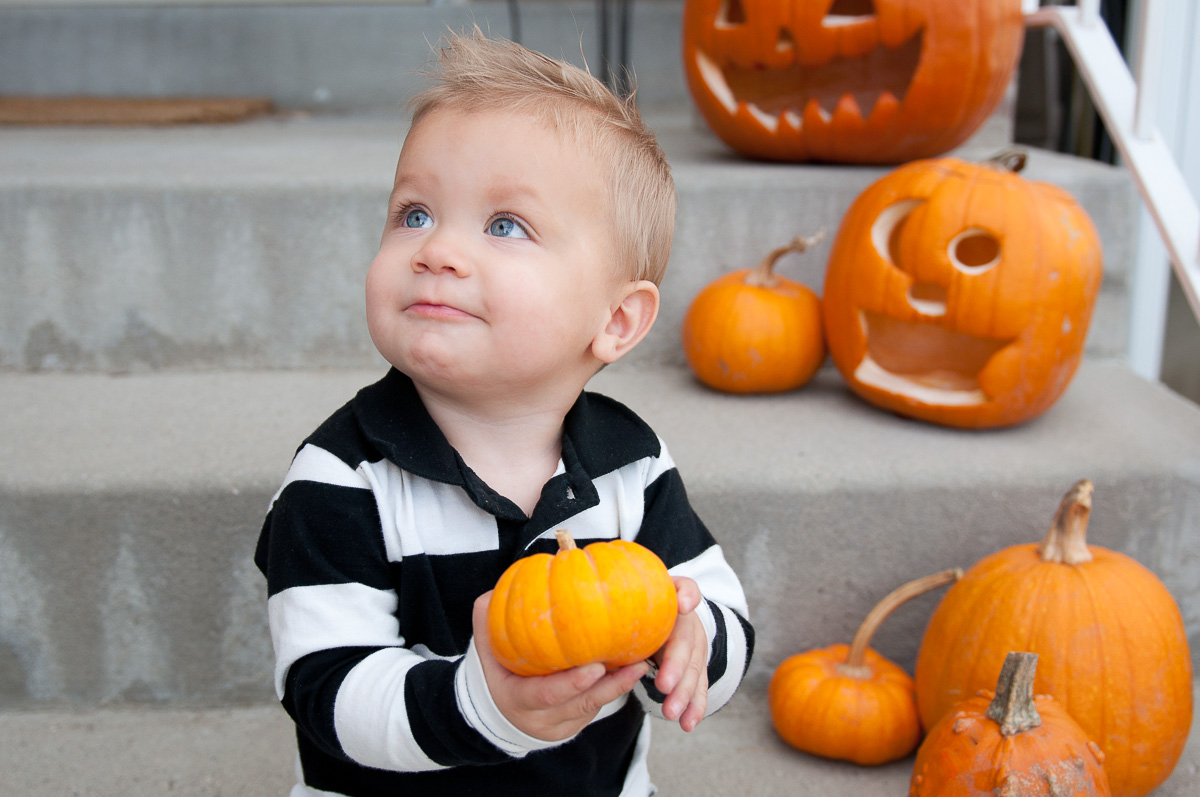 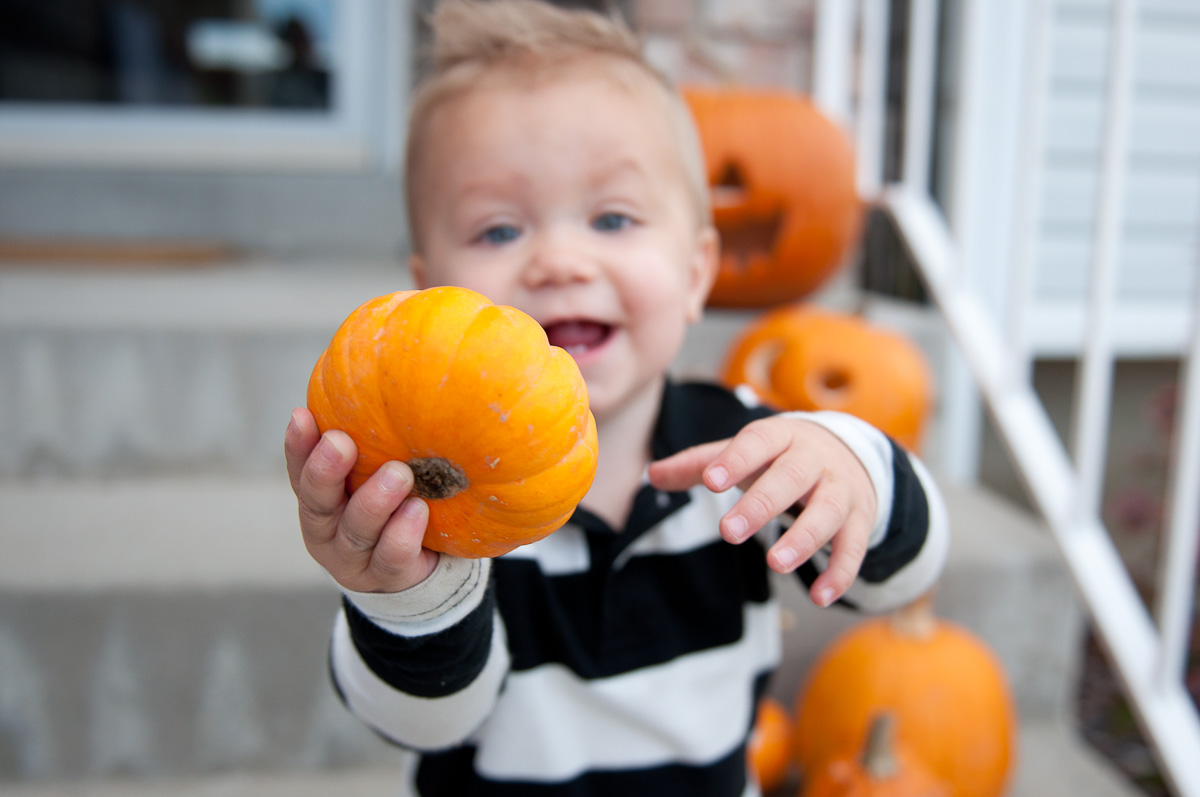 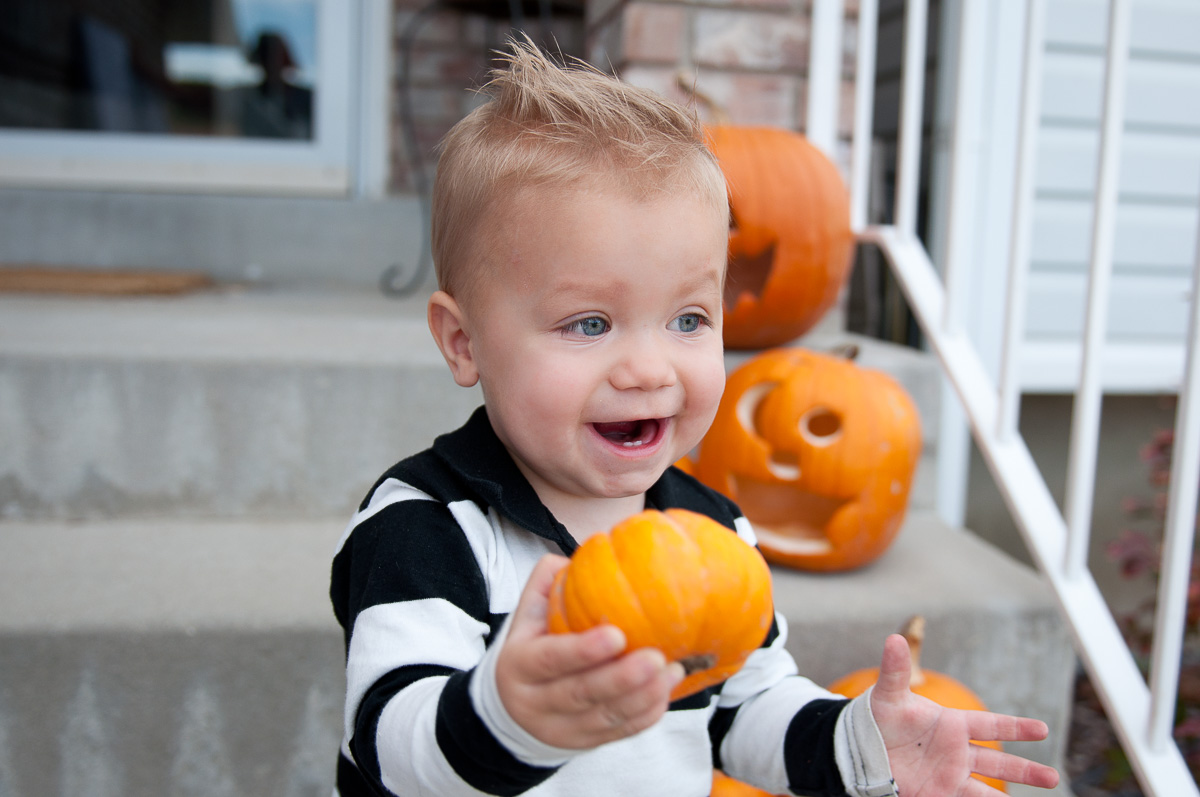 We had all of the grandparents over for dinner and then headed out to another gorgeous October sunset. It was so warm this year that no one needed coats or long sleeve shirts for that matter. 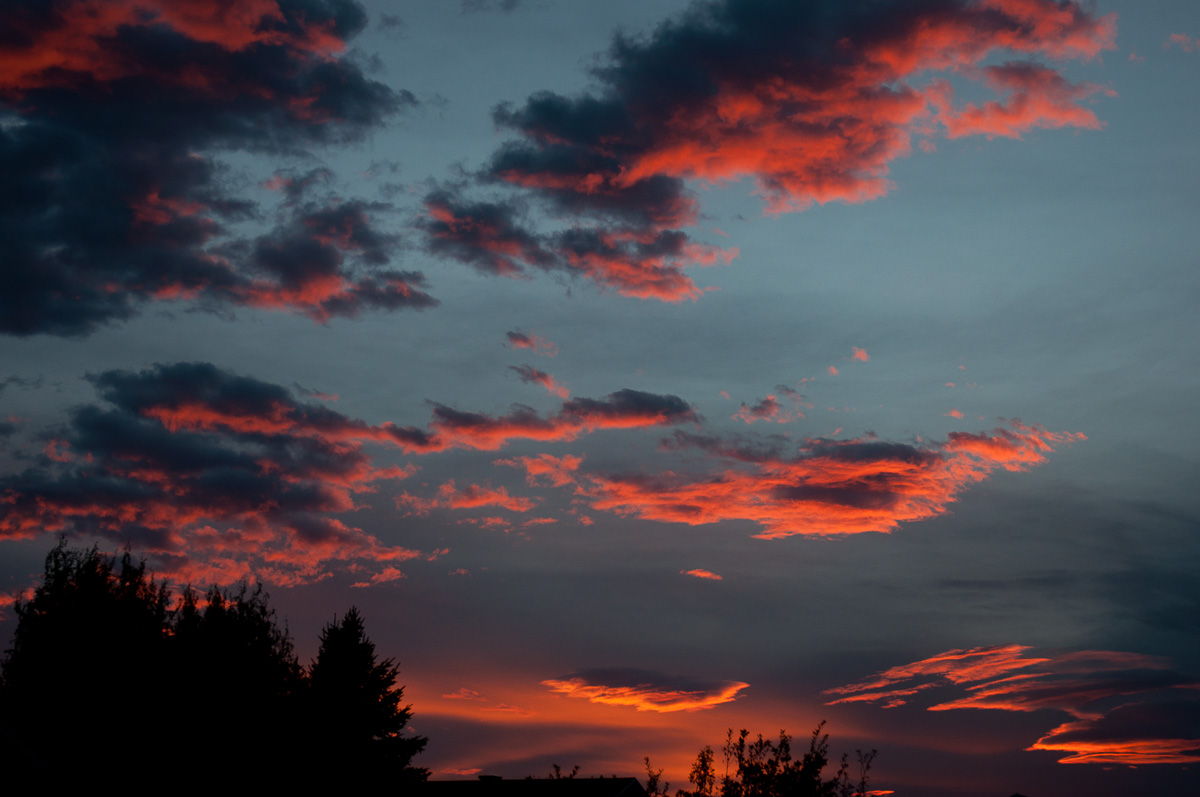 We bumped into our friends and Bella switched her loyalty back to Nash, her usual partner in crime. 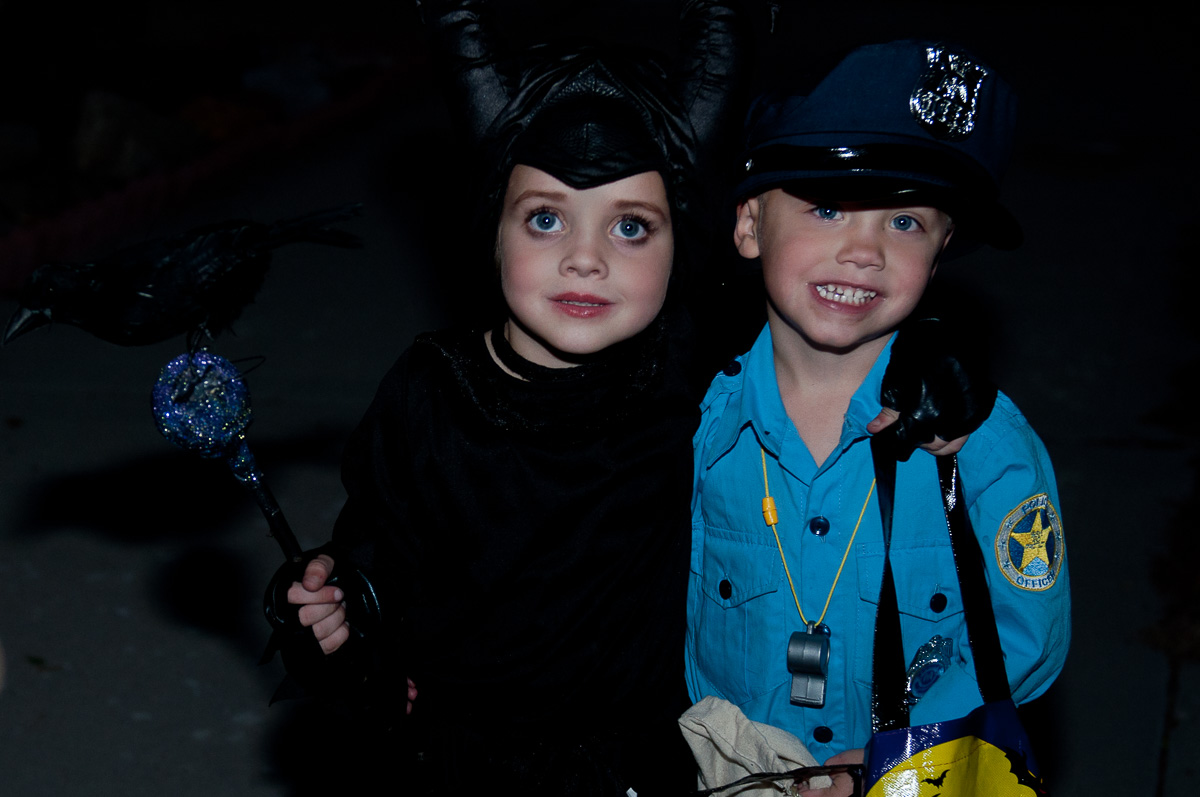 We happened upon an authentic police car in the neighborhood. Nash was in heaven about that. 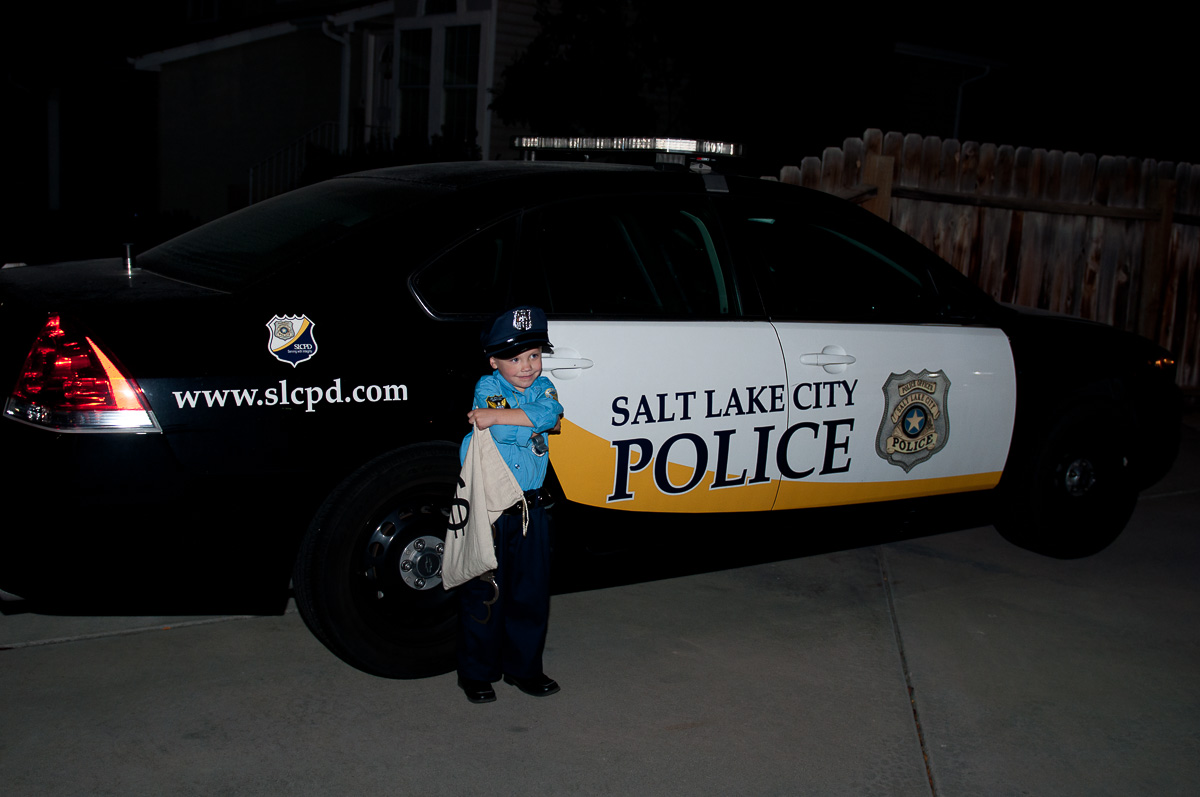 We had a hard time keeping up with the big kids. Again, wasn’t it just yesterday that we were holding their hands, slowly guiding them to a handful of houses and lifting them up to ring the doorbells?

The Grandpas voluntarily sorted all of the loot this year which was pretty hilarious. The boys collected an insane amount of candy from their numerous events. Twelve pounds to be exact. 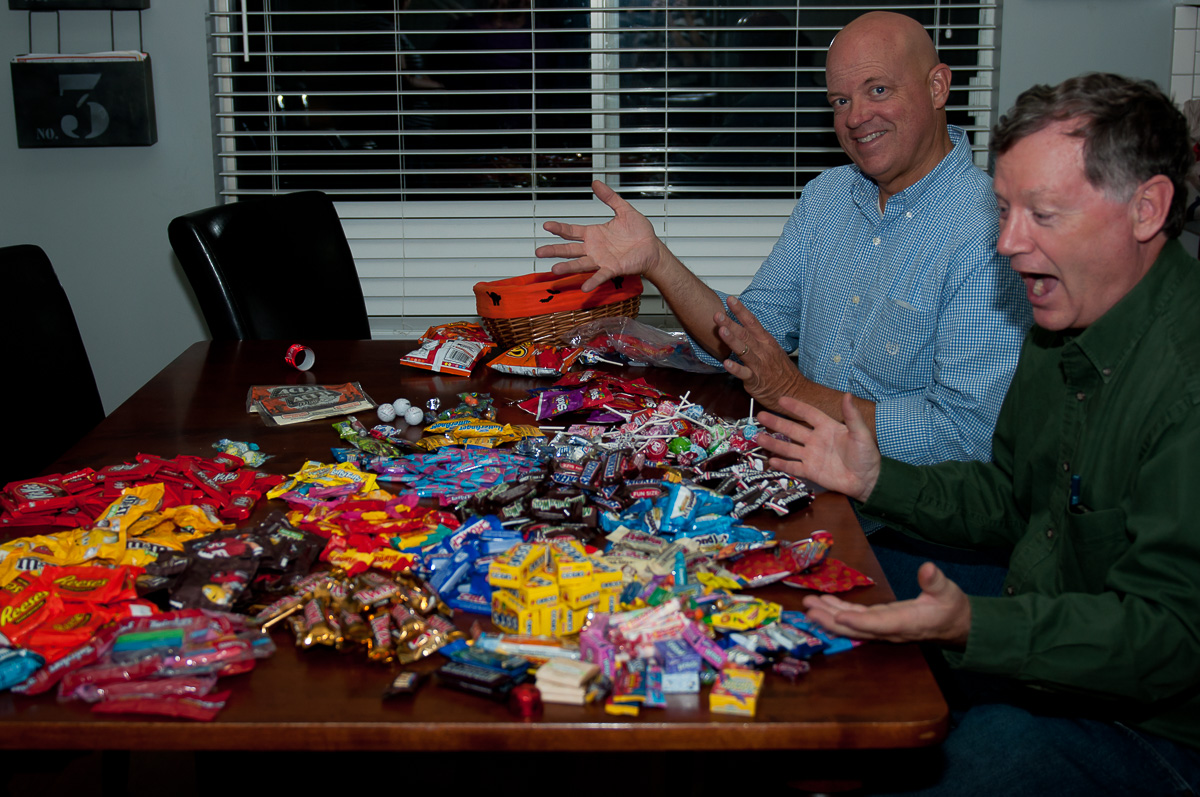 The best part about the collection of candy was playing Texas Hold’em with the stash once the boys were in bed. It did not get old hearing, “I see your two Kit-Kats. I raise you three Snickers.” We were all in hysterics.

It was a great night, but I was still happy as could be to pull down the Halloween decorations first thing the next morning and throw away the pumpkins. 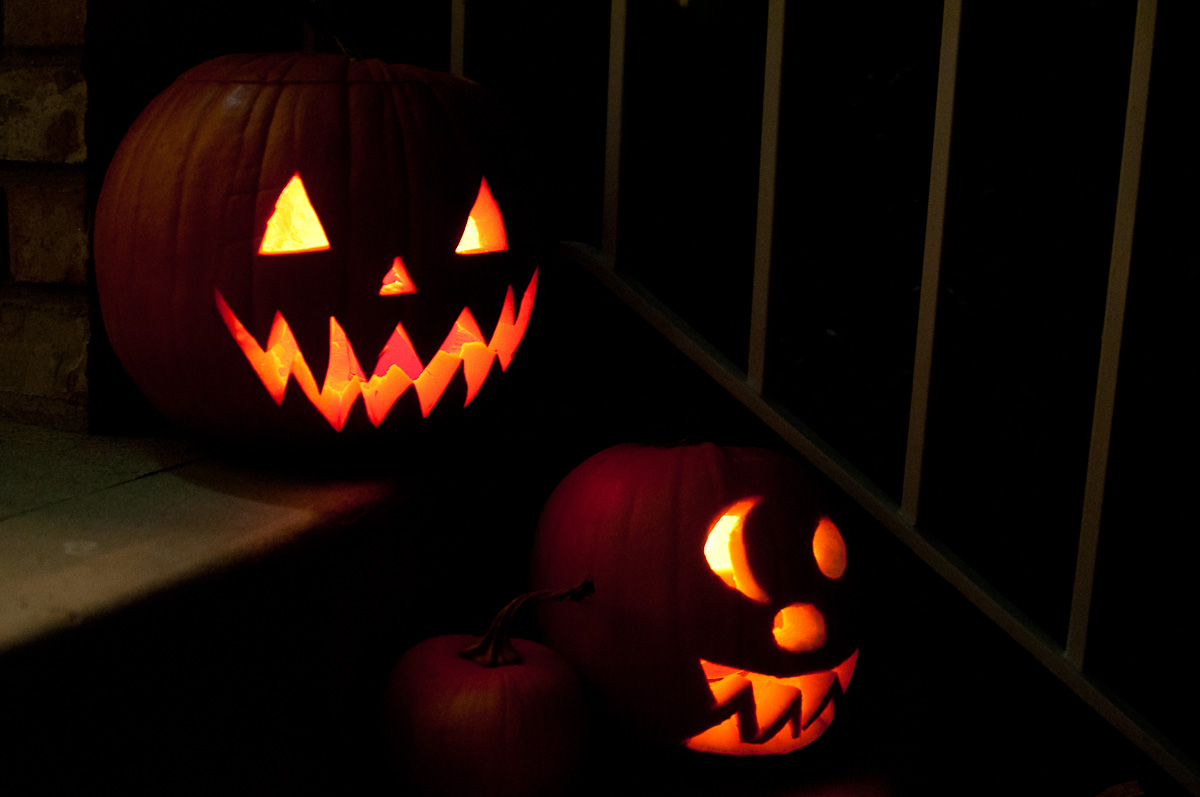 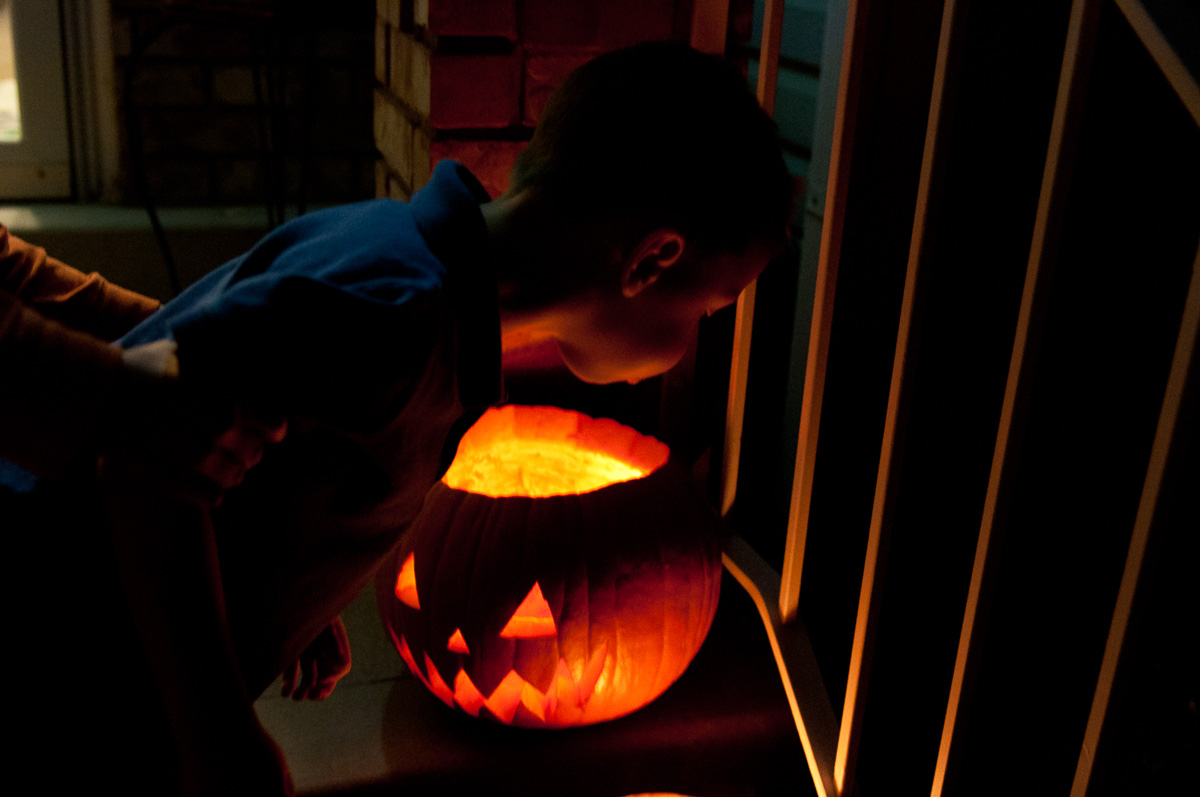 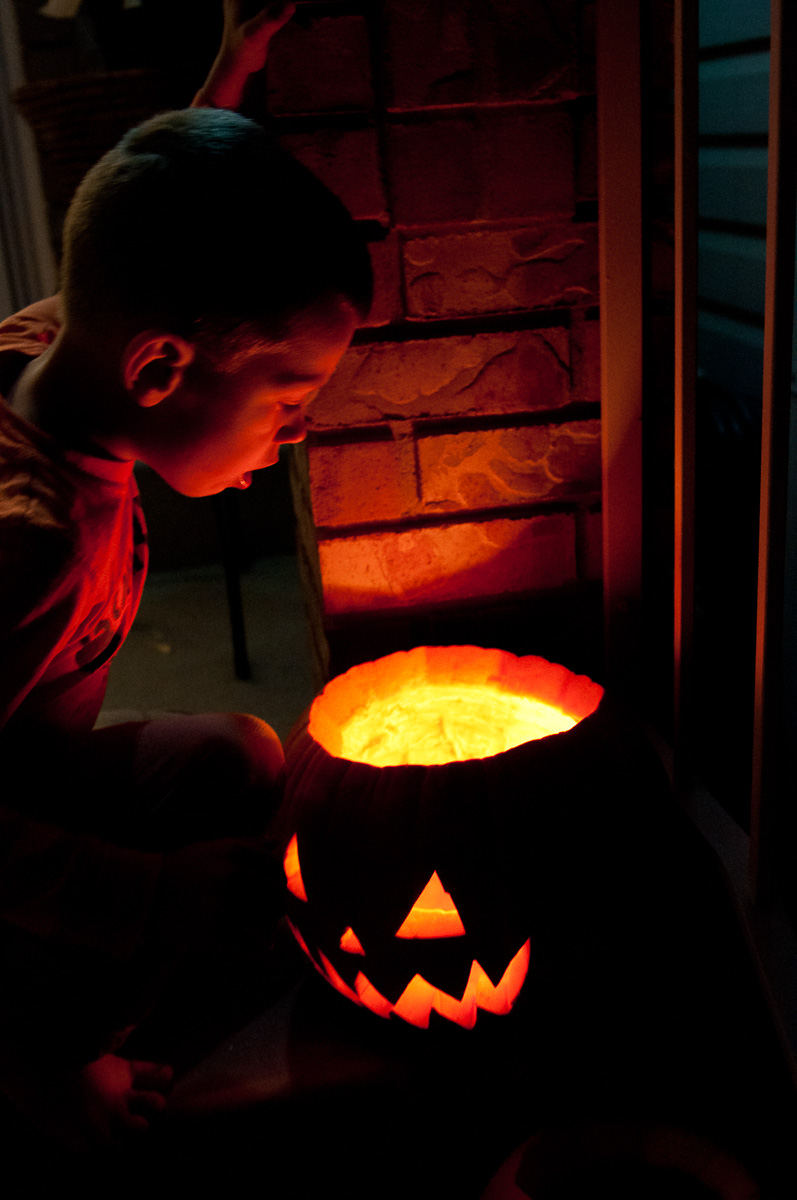 Once the hype and chaos of the festivities dies down and I look through the images of our boys grinning from ear to ear, I realize that I really do love Halloween and all that comes with it.

Until next year comes around…