Blake’s golden birthday celebrations stretched all weekend long. In addition to his pool party, he was spotlighted at school. He received cards from each one of his classmates. I loved looking through them and trying to decode first grade spelling, such as, “Blake, you are osum.” 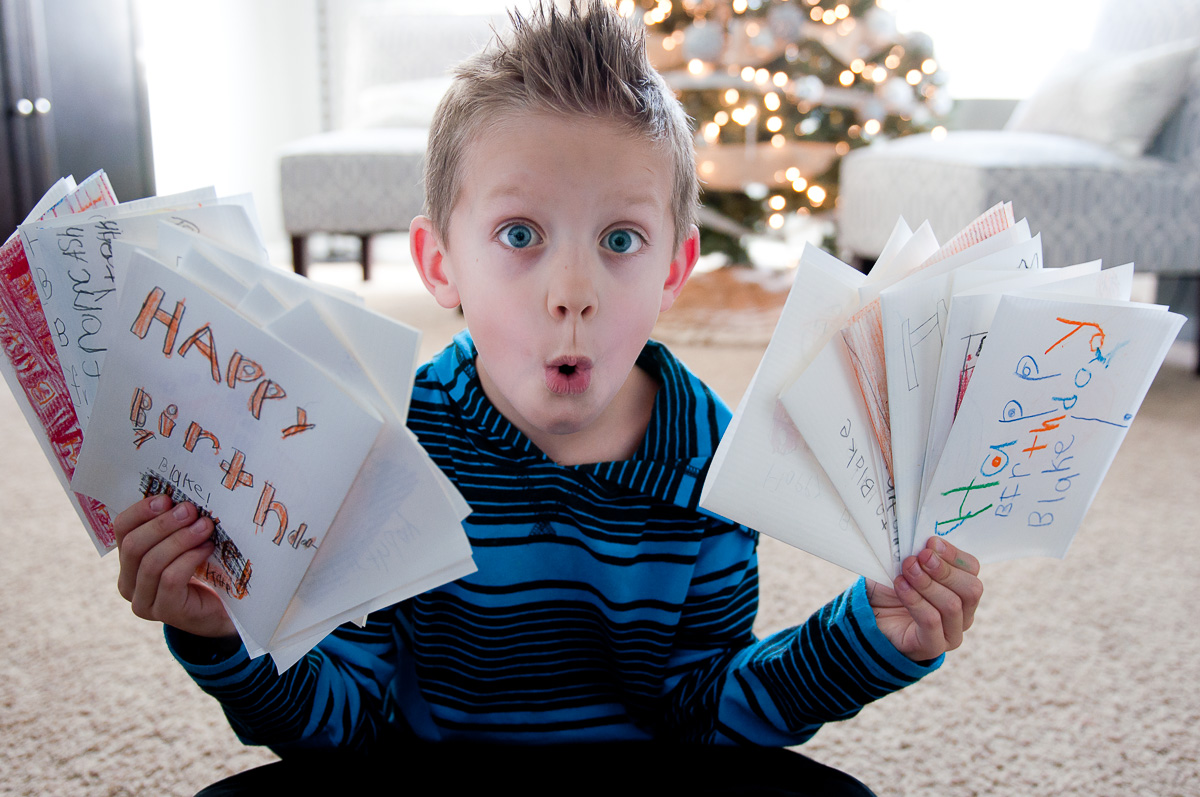 One girl drew a picture of them holding hands with hearts surrounding her head. Blake was equal parts embarrassed and flattered. 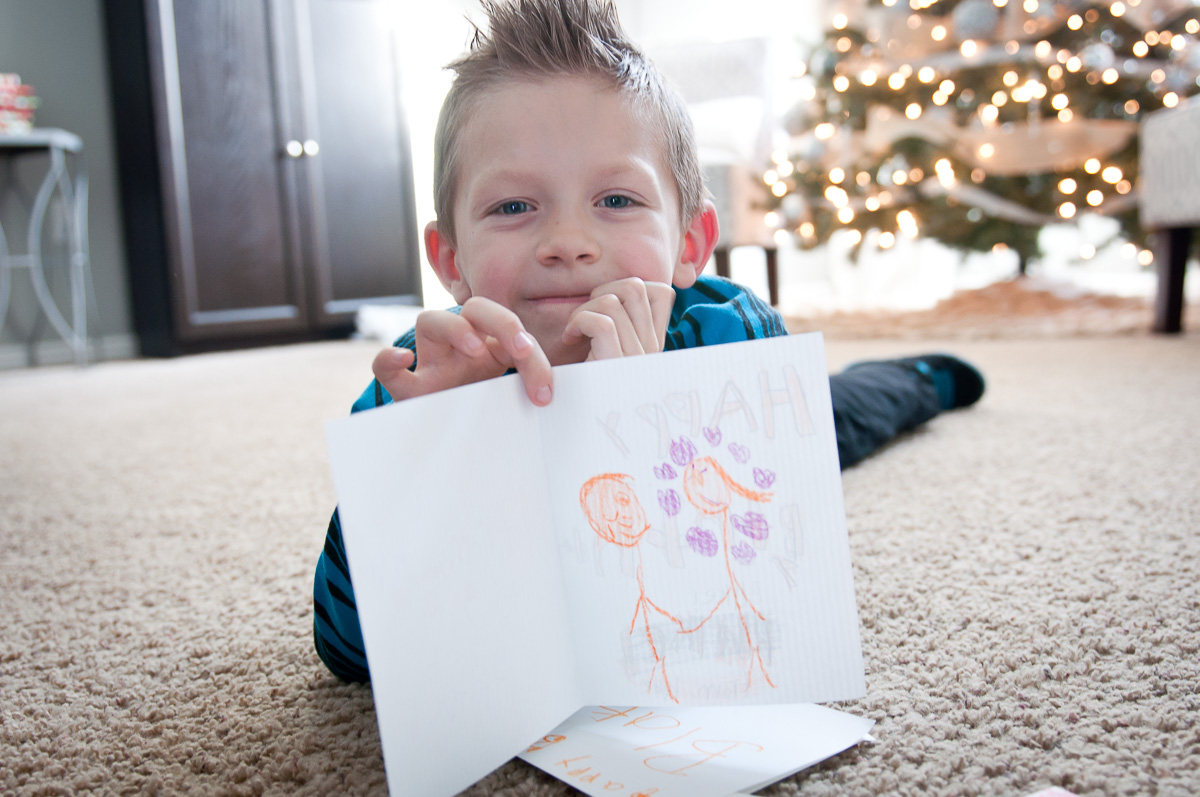 He also created a larger-than-life painting that included lots of “Blake facts” to share with his class. 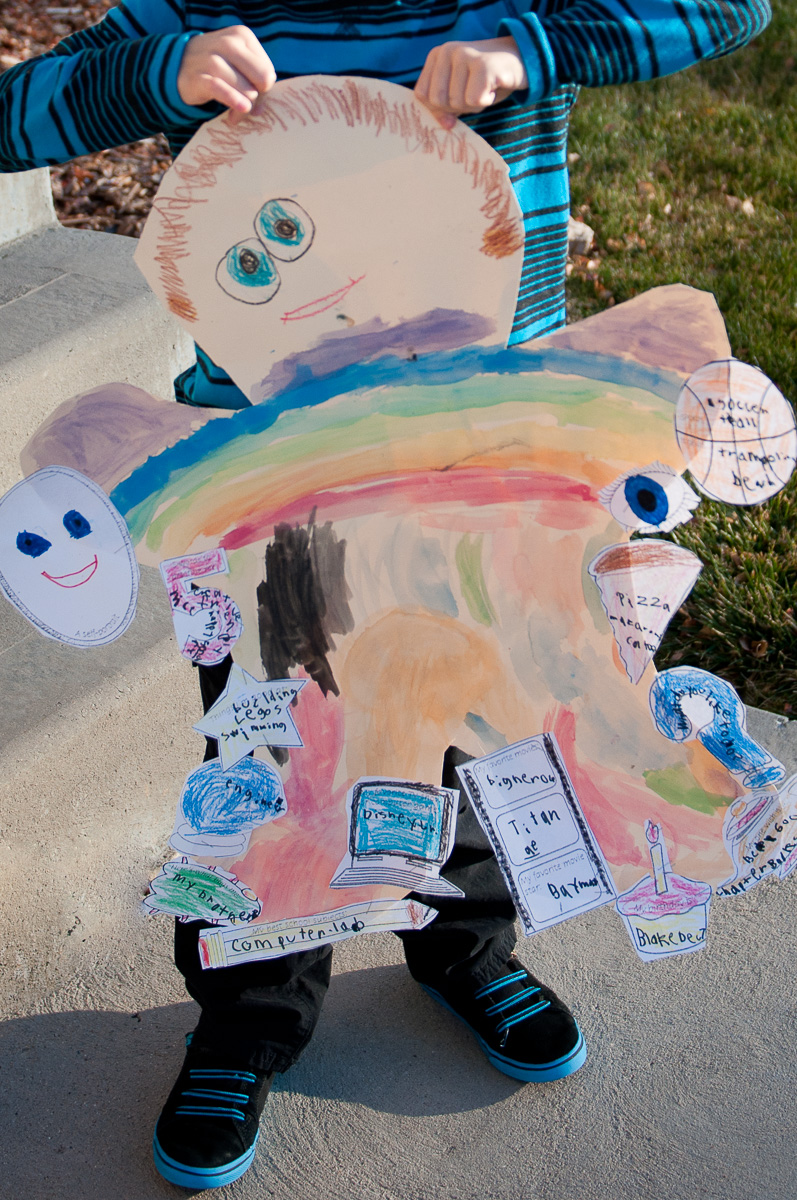 Blake helped me make a sprinkle cake to bring to his party.

Even though the party wasn’t at our house, our kitchen was sufficiently strewn with sprinkles once the cake was finished. 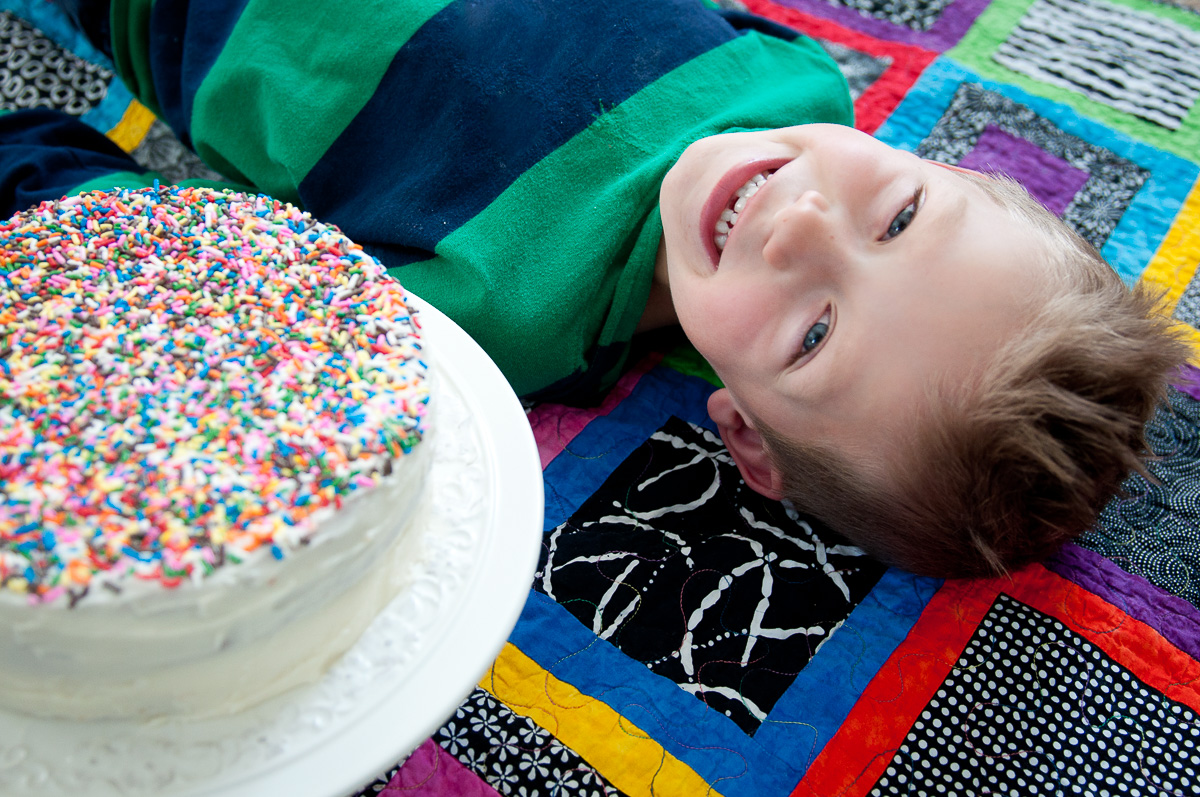 I thought there would be enough cake leftover to serve at Blake’s family gathering the next day, but he and his ten friends gobbled it right up at the pool party. I wasn’t about to make a double layer cake again, so we settled on a rice krispie cake for round two. With sprinkles, of course. 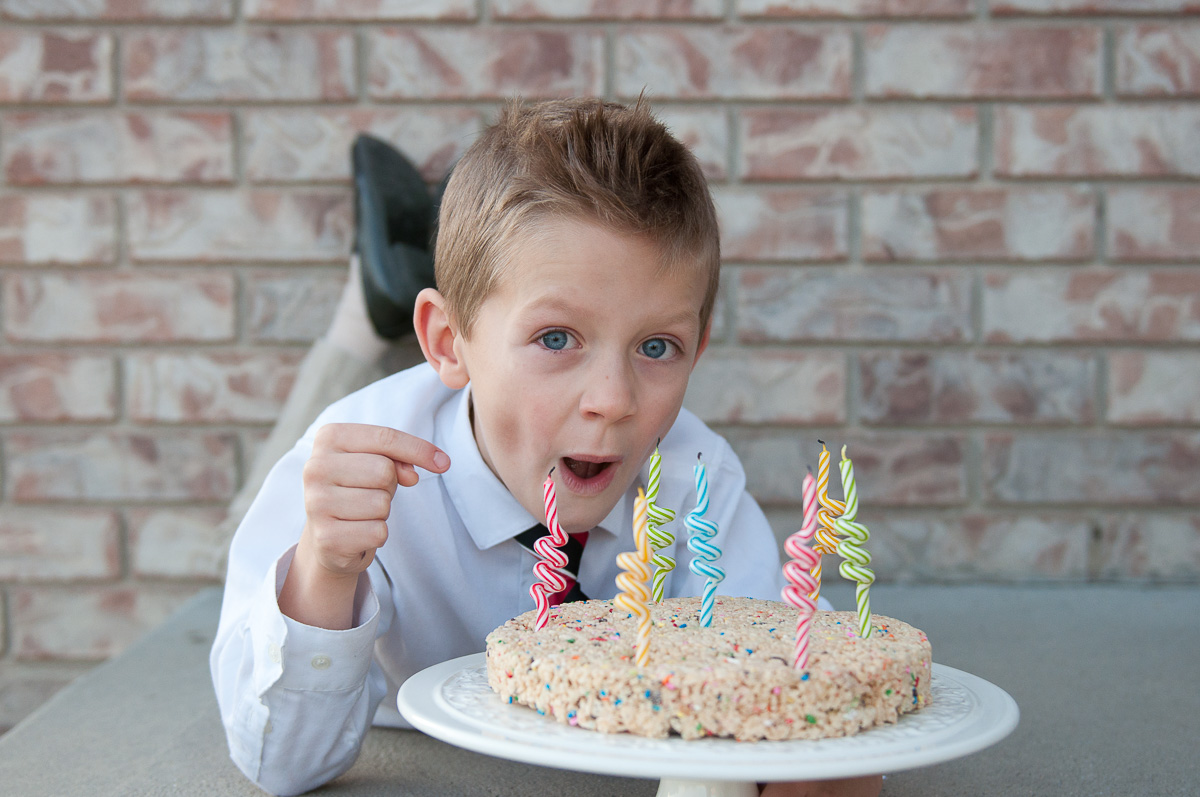 That cake sure filled up with candles quickly. I can’t believe we’re already at seven. 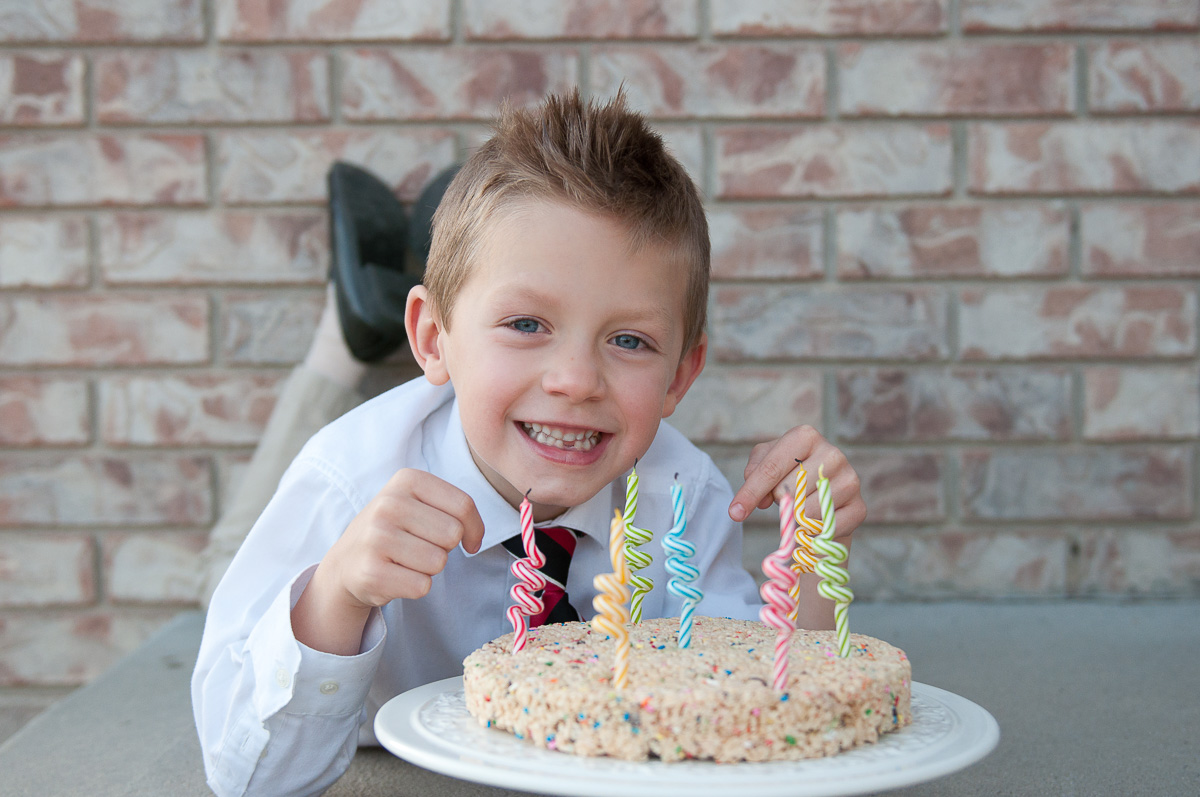 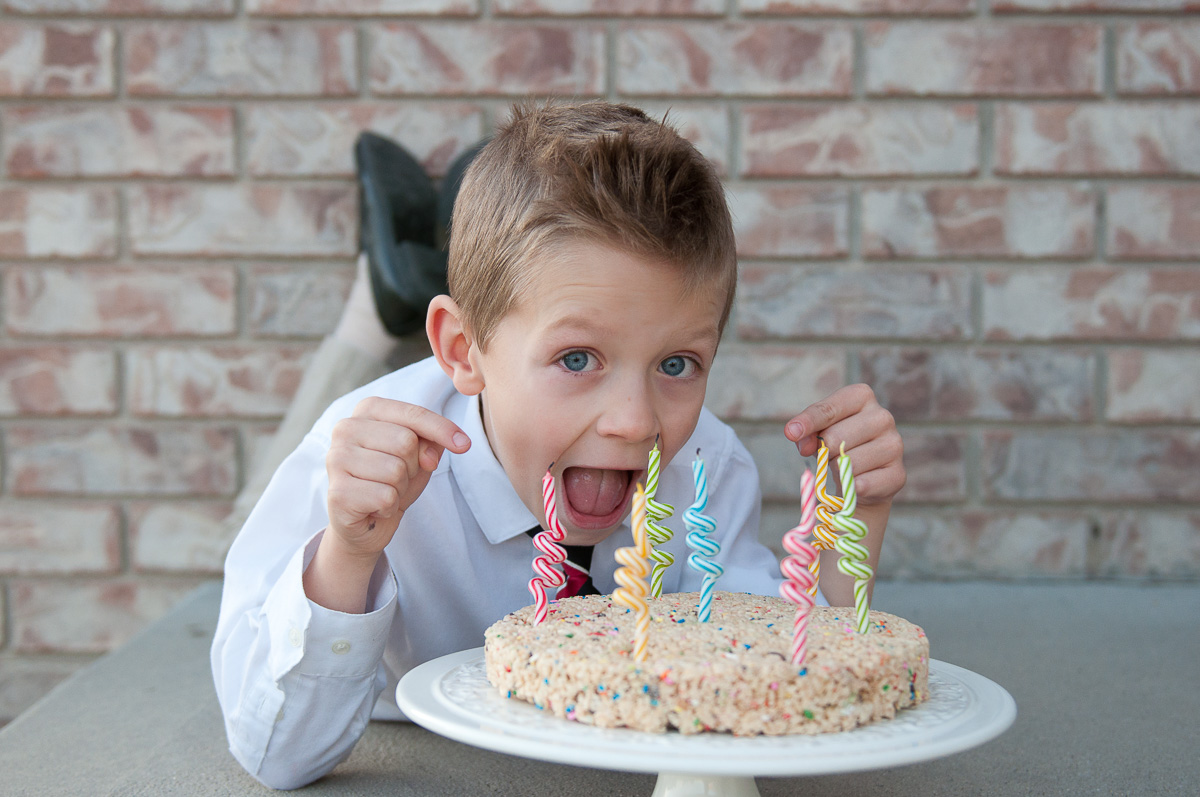 We barbecued with family in our unusually warm December. It seemed a little strange to be eating hamburgers and watermelon around the Christmas tree, but we didn’t mind having an excuse to light up that grill one more time. Then it was on to the most anticipated event of the weekend; the presents.

Blake accidentally ran over my ancient iPod with his bike more than a year ago and he has been asking for a replacement ever since. Nothing fancy, just an old school nano with a scrolling wheel. Troy scored him his heart’s desire at a pawn shop of all places. 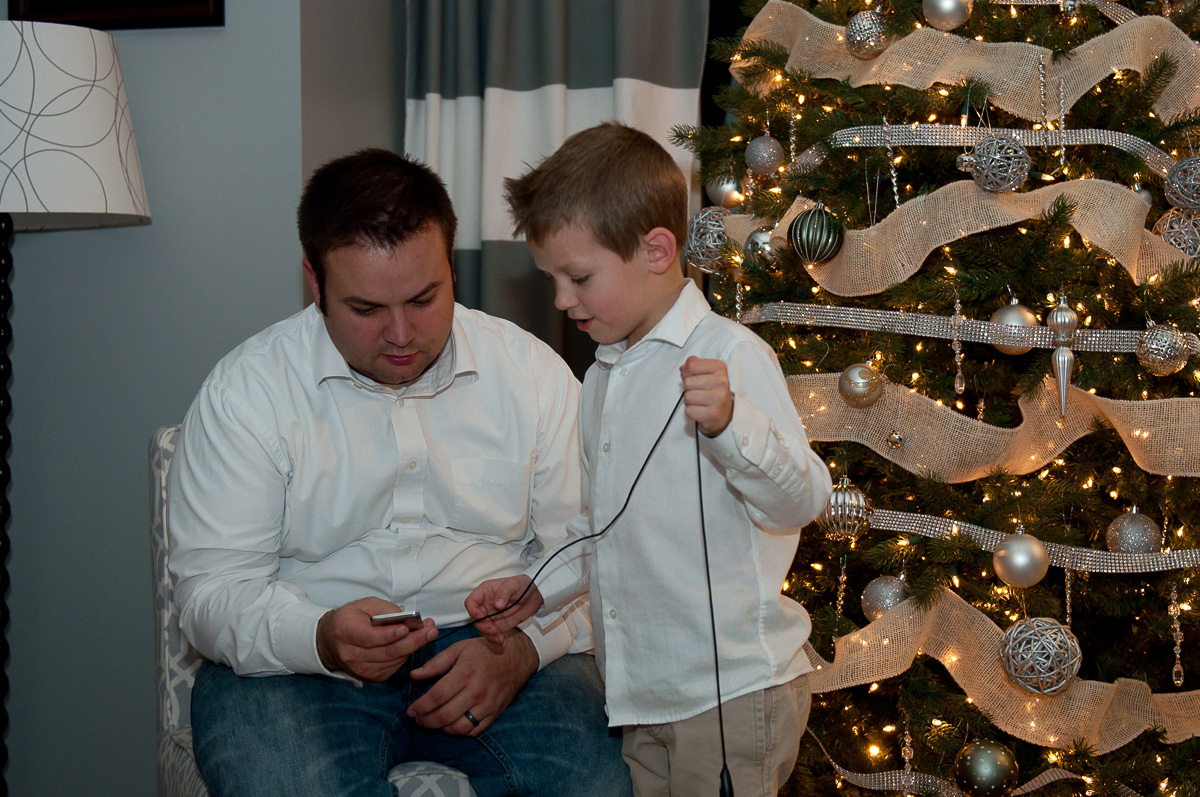 We gave him some water speakers to go along with the iPod. The water dances to the beat of the music. They are so cool I almost want my own set. 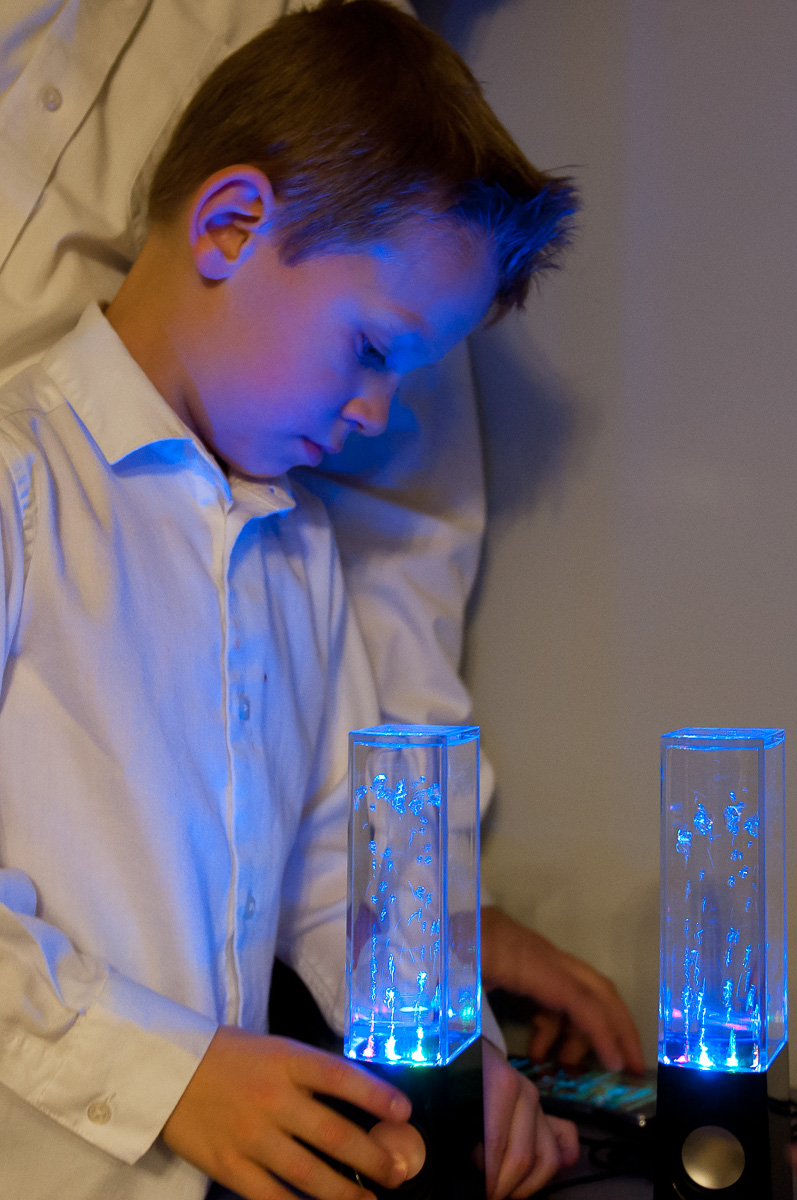 The evening turned into one big dance party with all the lights off and the water reflecting on the ceiling. That trend has continued pretty much every night since his birthday. Any visitors that stop by are promptly led to the basement so Blake can introduce them to the art of water speaker dancing. 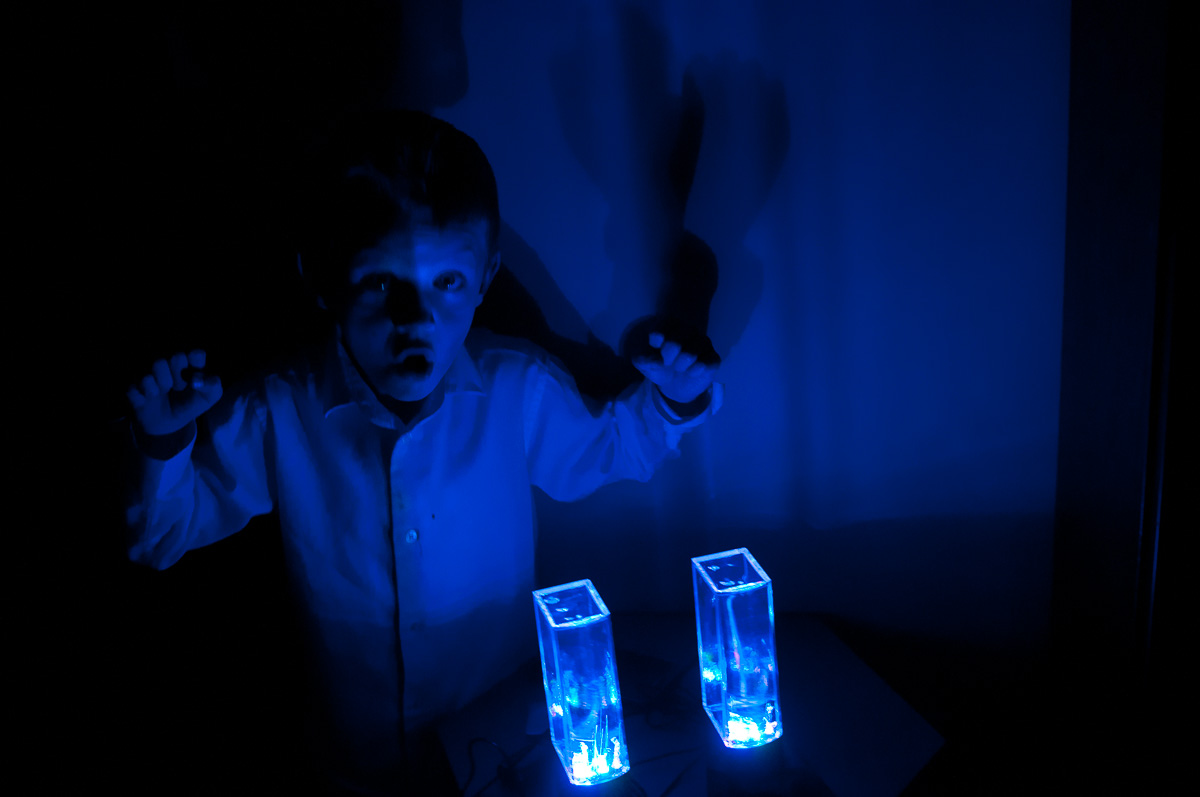 We sure love our seven year old who loves to have pool parties and dance parties. His golden birthday celebrations suited him well.