Skip to content
It may look like we’ve been gallivanting around the beach and Disneyland and posing babies in teacups around here but the truth is we got off to a rough start in our new home.
It all started back on move-in day. We were told that there would be an outlet to plug our electric dryer into, but we learned immediately that there was a gas-only hook-up. We had bedding to wash, dirty clothes from spending a week in limbo, and carseat covers that desperately needed to be cleaned after Nash threw up in the car while en route. A functioning laundry room was our top priority.
Troy stayed with 3/4 of the boys at the hotel on move-in day since we knew they would be in the way and have no where to sleep. The minute the movers crammed the last box into our new home, I loaded up Finn and left on a frantic search for a functional gas dryer. A trip that began at Home Depot somehow ended at a storage unit in a city I had never been to, late in the evening, for a used dryer that I could pick up on the spot. It probably wasn’t the safest course of action but I was desperate. Troy and I made plans to rent a dolly first thing in the morning to get it up the stairs.
We soon learned that nothing was going to be accomplished for the next 24 hours. Finn kept me up the entire night with a fever. He screamed like I had never heard any baby scream and only slept in occasional 10 minute increments. I constantly rocked him in my arms on our bedding-less mattress and on sections of the couch that were crammed in between boxes. Troy had the bottle of infant Tylenol at the hotel so I just kept hoping Finn would eventually fall asleep. I finally gave up around 5am and attempted to find an open pharmacy. I had no idea where I was going and I felt so delirious from getting no sleep. Thank goodness for my navigation system that led me to a beloved tiny bottle of medicine.
After finally getting Finn cooled down, I found out that Troy had been up with a screaming Crew the entire night at the hotel as well. He didn’t know that he had the infant Tylenol that could have saved them both hours of misery. We knew we had to get them to the doctor as soon as possible, but we ran into a health insurance nightmare.
We still had coverage for the rest of the month from Troy’s former company, but we were out-of-state with no primary care providers. I circled around and around on the phone with the insurance company and local providers to find out what our options were. Nobody could give me concrete answers because it was a Saturday and they couldn’t access all of our information. Blake was complaining of terrible ear pain as well and we didn’t exactly want to check three kids into the ER. After looping around for hours, we finally pinpointed a local minute clinic that would accept our insurance. Hallelujah!
By the time all of our boys were examined and diagnosed with ear infections (no surprise), it was late afternoon. We had intended to spend the entire day getting at least our kitchen and bedrooms in functioning order. Instead, we came home utterly exhausted to an empty refrigerator, a non-functioning laundry room and boxes piled so high in every room we could hardly move around. Did I mention it was Valentine’s Day? We don’t have the best track record for that holiday considering we spent last year in the ER for Troy’s fractured leg.
The next few weeks became a blur of slowly putting our new home together. I had no idea it would take so long to get settled. Everything took about triple the amount of time I thought it would. Taking care of four little boys, especially a baby who needed to be fed every few hours, really impacted the amount of work that was able to be accomplished each day.

I sent a picture of half-opened boxes strewn across our entire kitchen to a few of my friends with the caption, “This is my personal hell. Nothing has a place!” I typically take pride in an organized home where everything we own has a place. The chaos put me over the edge.

I felt like a gerbil running on a wheel. I kept going and going every minute of every day, but I sunk into bed each night with this feeling that I didn’t get anywhere.
It didn’t help that sickness kept looming over us. Five days after moving in, I spent a day with Finn at Urgent Care to receive breathing treatments for his poor lungs. He was coughing and wheezing so much that it was getting scary. A couple of weeks later, I came down with strep. That led to another round of insurance ordeals because we didn’t have our new policy cards yet and pretty much killed an entire week’s worth of unpacking plans.

And then we had a few days where it seemed like everything was breaking. I took down the curtains to wash them and they shrunk over a foot. I sanded the wooden bars on the hammock so the boys wouldn’t get splinters and I accidentally caught and broke one of the ropes in the power sander. I mistakenly left the cap off my pen while journaling on our bed and a few drops of ink ruined the quilt. Crew got into our neighbor’s potted palm tree, spreading dirt across himself and their entire patio. He dropped my phone off the top of the stairs and it busted when it hit the hardwood. Troy went through three Kindles in a matter of days that were also dropped on the hard floors. What made all of the mishaps so frustrating is that they could have easily been prevented if we weren’t making such silly, expensive mistakes.

It seemed like every day was just a catastrophe waiting to happen. Unplanned disasters kept popping up. One morning after getting Blake off to school, I loaded up the rest of the boys to go to the windshield repair shop. A rock hit our windshield while driving from Utah to California and the crack really needed to be filled before it spread. On the way there, Nash announced, “I don’t feel so good.” I pulled over and handed him an airplane barf bag that was still in my purse from pregnancy days. We made it to the parking lot and then he lost it. I held the bag under his mouth but it was useless. His shirt and our car were covered in throw up. We eventually made our way into the waiting area of the windshield repair shop, completely disheveled. Nash was shirtless and Crew somehow made it out the door shoeless. We headed to the bathroom where as I was rinsing out Nash’s shirt, Crew was happily splashing in the toilet water. I don’t think I could make this stuff up if I tried.

While I’m learning to roll with the punches a bit more and laugh at the quirky situations that are bound to occur with four boys, I have never felt so overwhelmed, so exhausted and so inadequate in my entire life. My days of early morning seminary and all-nighters to cram for college exams don’t hold a candle to the level of exhaustion I have felt over the last six weeks.

To top it all off, one morning I walked out to the parking lot with a cart full of boys and groceries and found this note on my car:

That was my breaking point.
Yes, my car was parked crooked. However, it wasn’t overlapping any lines and a vehicle could have easily fit on either side of mine.
But those four hurtful words pulled the trigger for what was probably a long overdue breakdown. I had been holding it together for so long and suddenly I was keenly aware of every area I was falling short. Our world had been turned upside down and I finally let the weight of it all sink in.
I sat in my car in the parking lot and sobbed while simultaneously feeding my baby and handing snacks to my starving toddler and discouraging my preschooler from stuffing mini cookies into the air conditioning vents.
I tried to give her (I’m assuming it was a “her” by the handwriting) the benefit of the doubt.
She couldn’t have known that parking my vehicle perfectly straight was about the last thing I was worried about.
She couldn’t have known that I had just packed up our entire life and relocated to a new place that was foreign to me.
She couldn’t have known that I was barely holding it together while trying to find our new “normal.”

She couldn’t have known how hard it was to release my grip on everything that was familiar to me; our dear house, our close friends, nearby family, our old life and any sense of control.

At first I was mad right back. It surprised me that someone would spend the time and energy to write a note to a complete stranger full of hatred. But then I realized that my list of challenges wasn’t really what mattered. I was reminded that I should think about what was on her plate. Maybe she was under some serious pressure at work. Maybe her marriage was falling apart. Maybe someone died. Or maybe she was just having a rough day.

I instantly thought of one of my favorite quotes:

Even though the words were hurtful, I learned something from that anonymous note leaver. Since that day of tears in the grocery store parking lot, I have rededicated my efforts to be kind to others, no matter how consumed I am in our own family’s catastrophes. Catastrophes are becoming our new normal, after all.
At any given time, every person has something difficult going on. Our family’s moving woes seem a little silly to even mention since this phase will soon pass and we’ll move on to the next difficult challenge. But hard is hard, regardless of the scale on which the trial can be ranked.
Lately, I have been surrounded on all sides with people who are going through their own sorrows. One of my friends from book club just lost her newborn baby girl after only a week of life. Another friend is constantly battling her child’s extreme allergies. Another is desperately longing for a child. Another is spending the last few days of life with her grandmother. Another is going through chemotherapy and experiencing miserable side effects. Another has lost a job. Another is struggling with anxiety and depression.
I’m willing to bet that more of us are struggling in private than any of us will ever know. We can’t share everything, we don’t want to share everything, but wouldn’t that make the world a little kinder, easier place if we just knew when gentleness was needed? I think the key is that there is never a time when gentleness isn’t needed. Everyone needs an extra dose of compassion, because everyone is going through something.
In the end, Troy and I were able to laugh at being judged on something so insignificant as my parking abilities. Our days have been full of messes and tantrums and things breaking and sickness and endless worries. But as long as I’m parking my vehicle straight, all is right is the world! 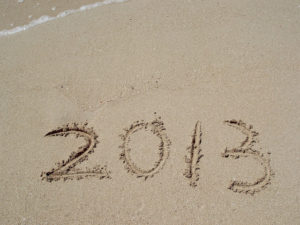 Christmas and the New Year