Finn’s half birthday snuck up on me.

He was four months old when we were getting ready to move, and then five months for a brief moment, and then bam. Six months.For the first time in any of my babies’ lives, I missed a month of documentation. I had good intentions to squeeze in some five month photos and an update all month long. But somewhere in between an overwhelming move to a new state filled with sickness on all accounts and twists and turns with every step of way, that fifth month just passed us by.

I’d like a do-over, please. I wish I could have spent the last month soaking up Finn’s scrumptious cheeks instead of spending every waking minute unpacking and feeling like I was drowning in our new world.

But even though the last few months have been a complete whirlwind, the timing of our move ended up being such a blessing. Troy began the interview process while he was on paternity leave, immediately after Finn was born. I was terrified that the impending move would force me to miss out on the already too short newborn stage.

However, every step of the process took some time. Even though we were eager to advance through many rounds of interviews and plan our future, for one time in my life, I was grateful for each month that the process dragged out.

For the first three months of Finn’s life, I wasn’t even tempted to start organizing and purging our belongings to prepare for the move that was becoming more and more certain. Each day that I could put it off was another day that I could have Finn curled up tightly against me. If you know me, you know that I’d be chomping at the bit to get everything prepared in any other situation. It was such a blessing that I didn’t feel any urgency to get started while I was in my newborn bliss stage.

With Finn, I have thought often of the advice that my old principal gave me during my teaching days. Shortly before I had my first baby, all of the teachers at my school threw me a little baby shower. Most of them were mothers and they went around the room and gave little tidbits of advice for motherhood. Only one word of wisdom has stuck with me all these years. Ann, my dear principal, told me that when she had her last baby, she held her longer. She rocked her more. She let herself enjoy every moment. Back then, I remember thinking, of course I’ll hold and rock my baby. But I don’t think I really knew what it meant to hooooooold my baby until now. To feel the pressure of time slipping away and try with all my might to grip on to each moment. Each breath. Each movement. Each smile. Each tiny noise. Each gaze into those innocent eyes.

I am so grateful that our move didn’t interfere with those sacred first three months. There was one night last week where Finn fell asleep curled up against me, just like he did when he was a newborn. That almost never happens anymore. So, I threw out my long to-do list which always seems more pressing once the other boys are in bed and instead sat perfectly still on the couch for hours. I focused on Finn’s tiny breaths in and out and memorized the way his eyelashes fell so perfectly on his cheeks. Goodness I love babies.

A few days later, we celebrated his half birthday by putting him in the giant teacup. This has morphed into somewhat of a family tradition (Crew and Nash). 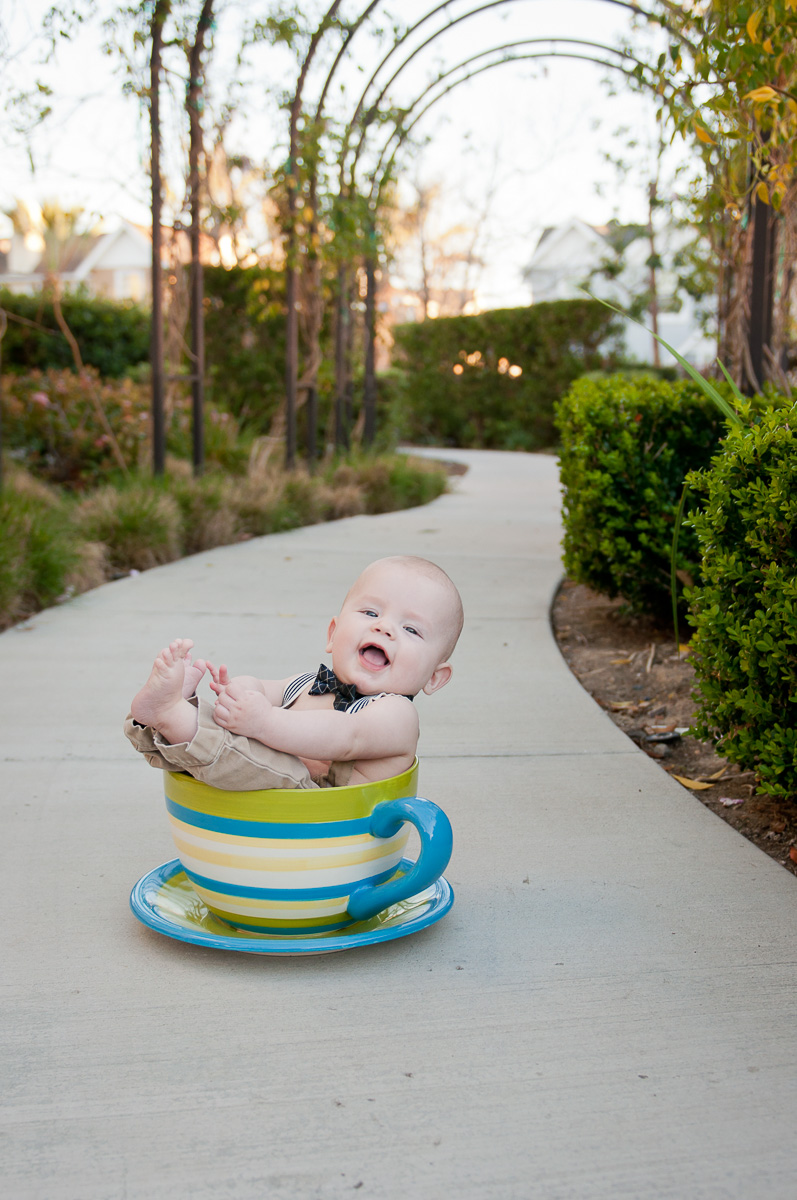 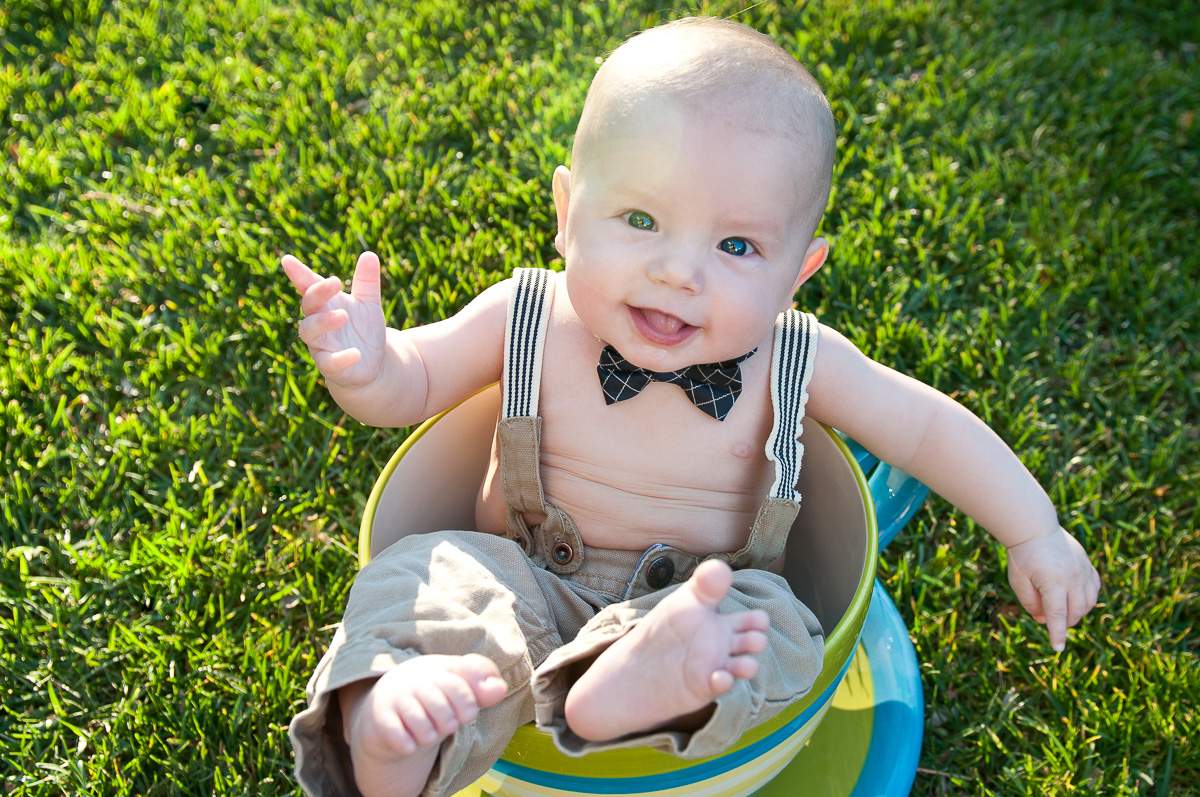 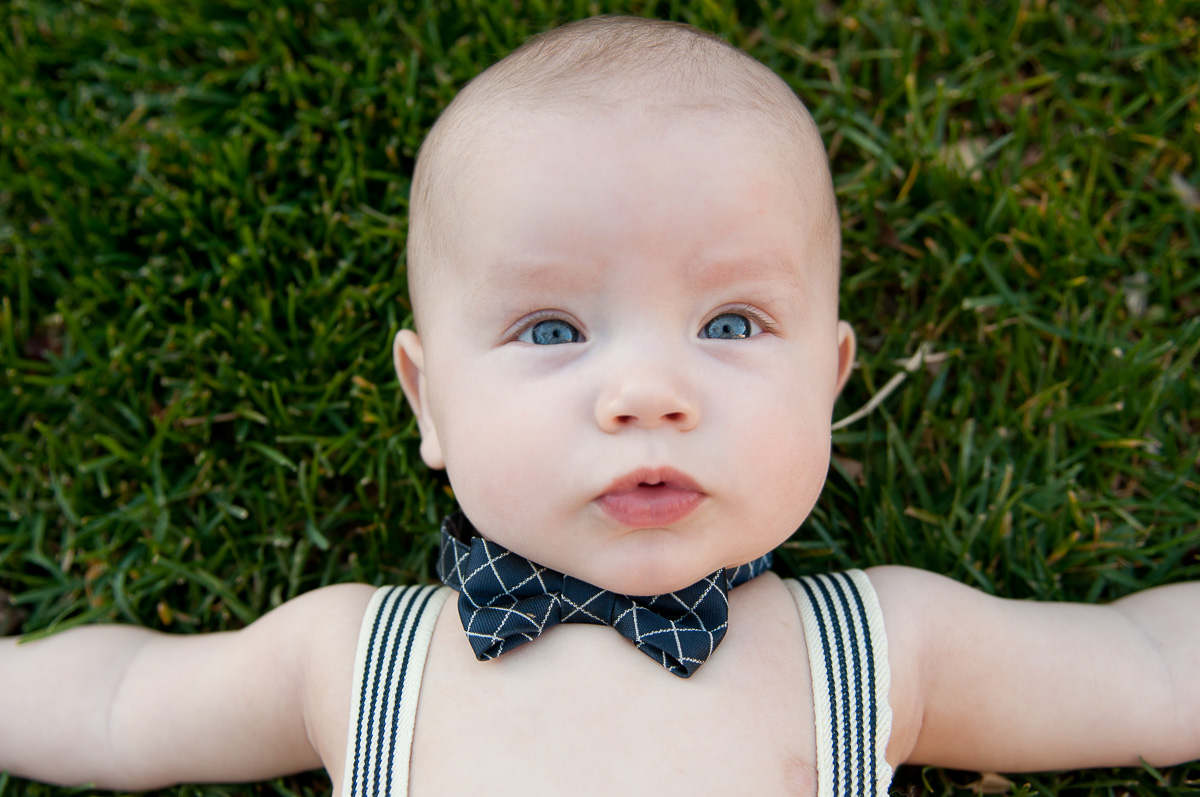 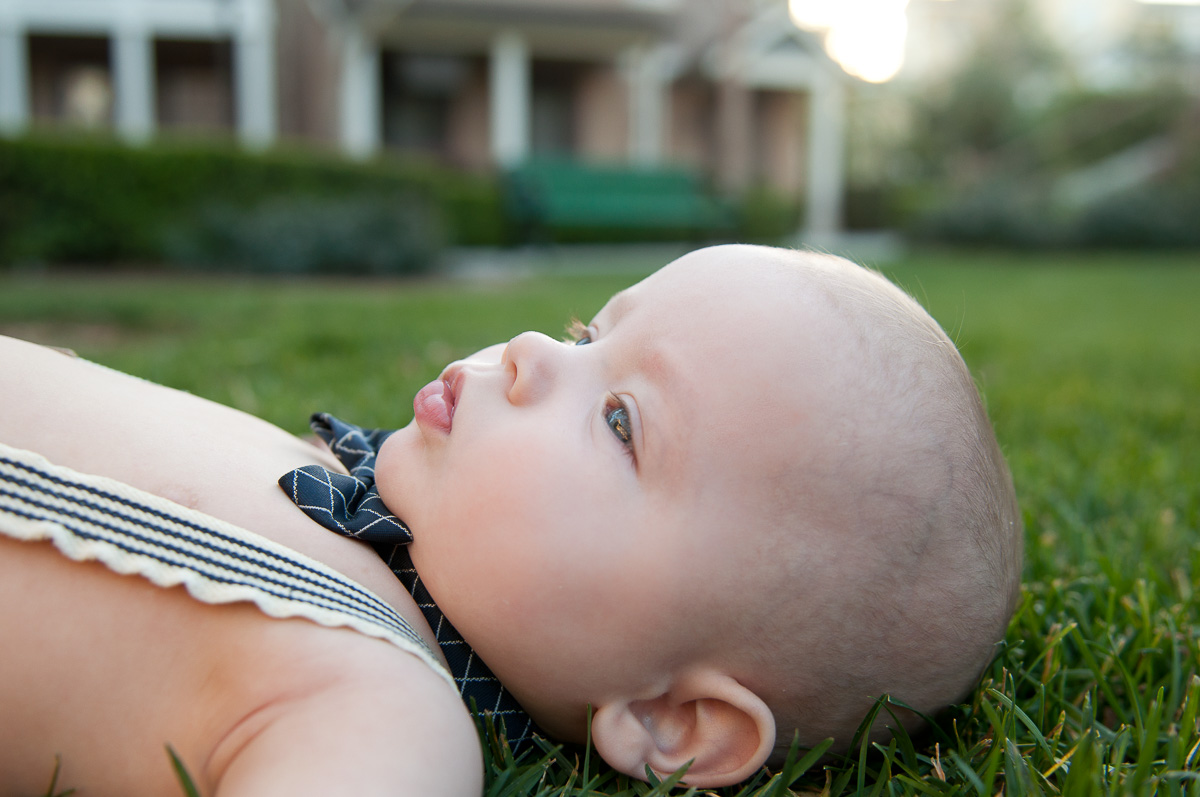 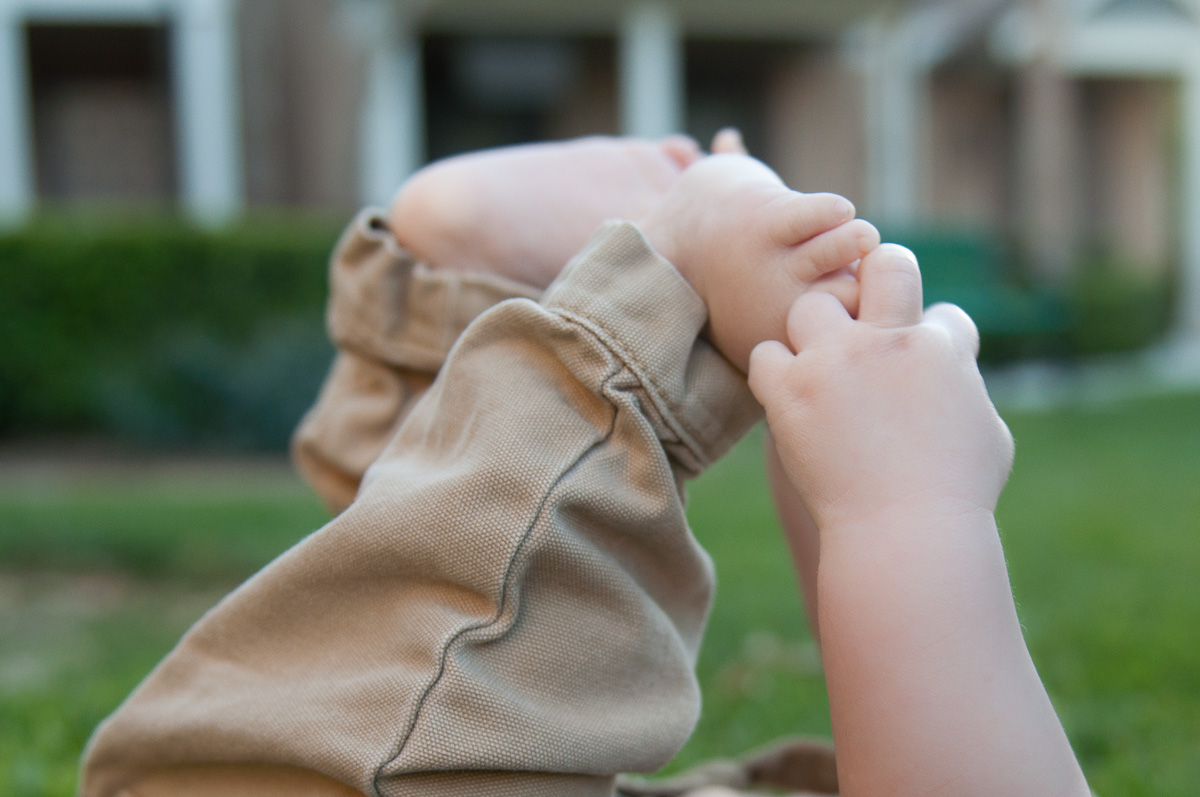 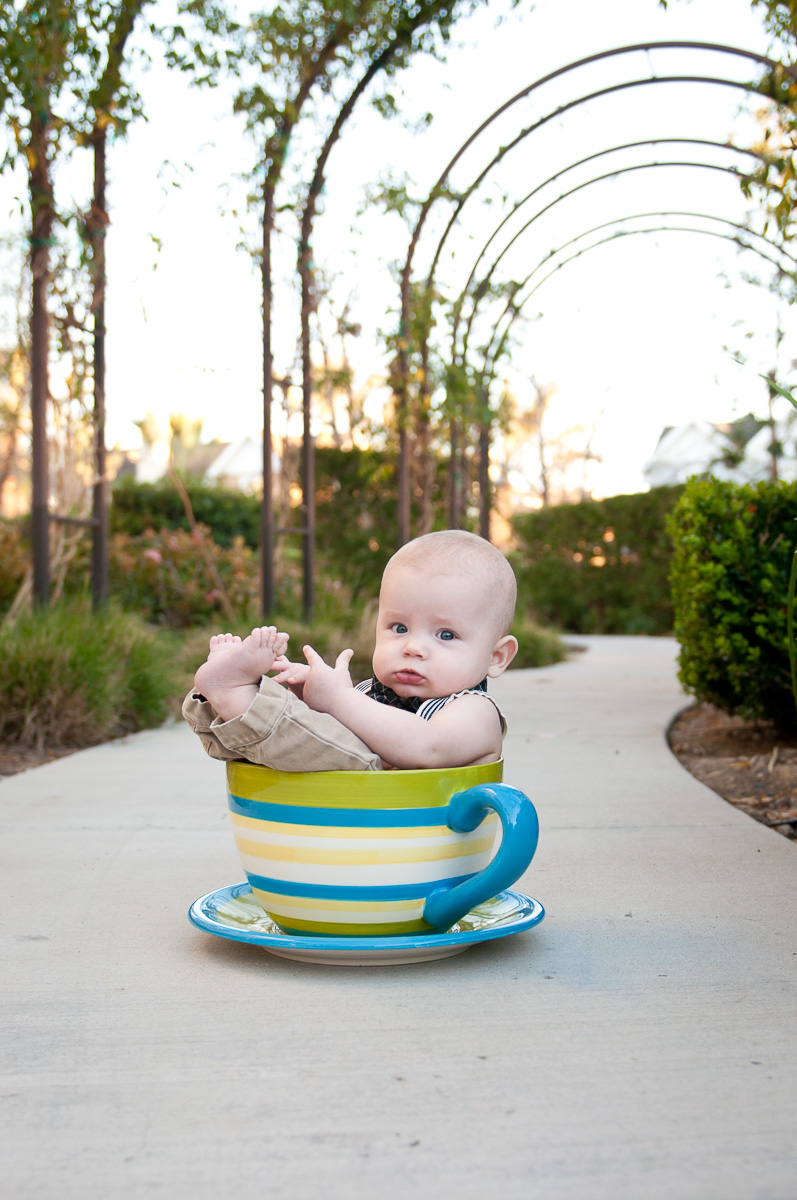 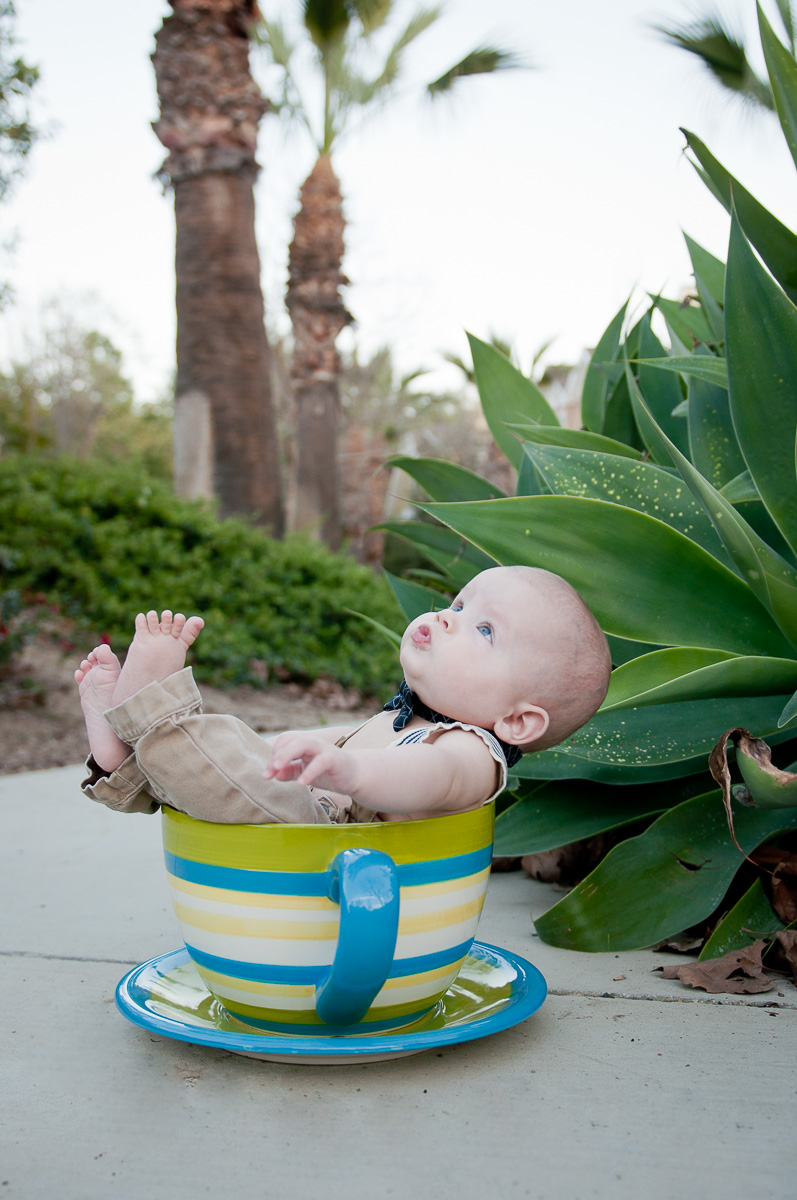 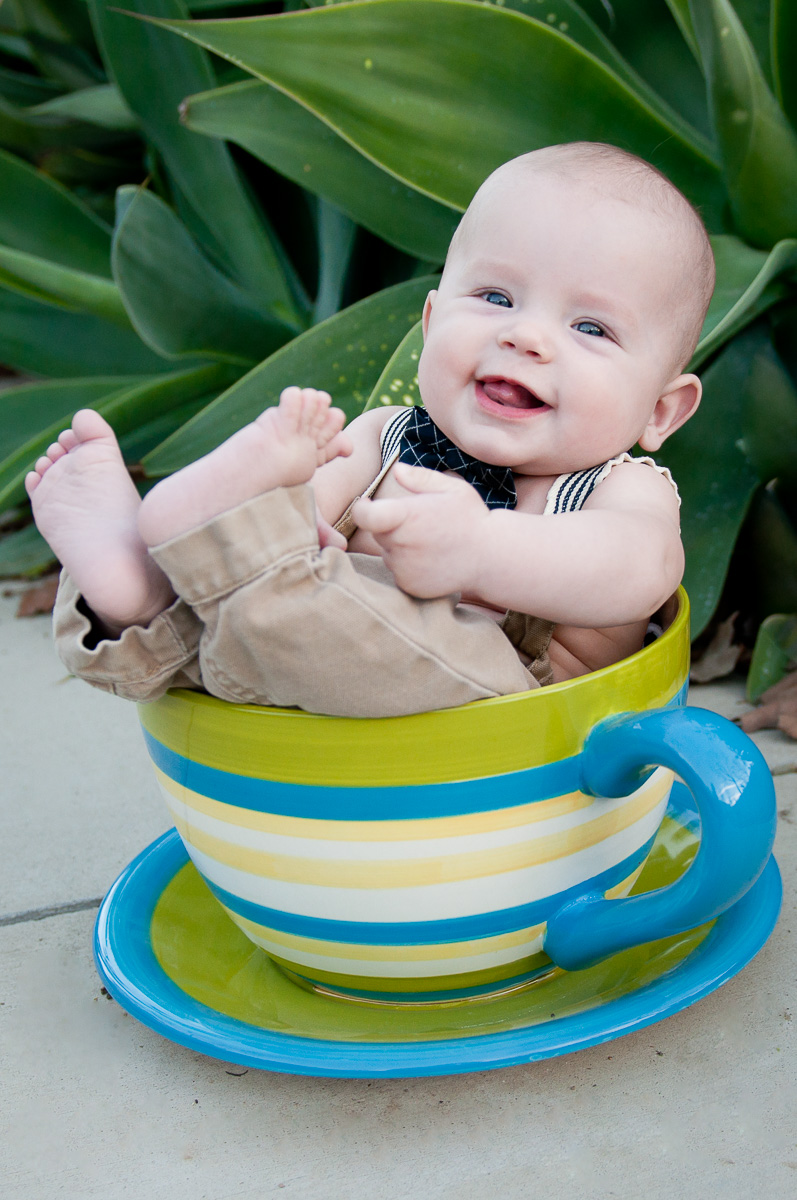 At six months, Finn loves to suck his thumb. He is ambidextrous. It doesn’t matter which thumb it is, as long as he has access. He is completely flexible which is a direct result of me not getting my act together to put him on a schedule. I can’t believe I’m even admitting to that – where did that organized, schedule-driven mom go? I’m not positive but I think she is somewhere in cuckoo land juggling three older brothers.

Because of Finn’s lack of schedule, he isn’t the greatest night sleeper. He wakes up several times a night to eat and so far I’ve been too exhausted to work through that issue. Or the issue of him probably needing to move on to the dreaded spoonfeeding stage.

If it weren’t for the lack of sleep, I’d be happy to keep him in this rolly-polly, slobbery-grin, face-lighting-up-at-everyone, happy-go-lucky stage for always.