The tooth fairy paid another visit to our house this week and it reminded me of the first time a tooth was lost. Blake was beyond thrilled about his dollar bill that he received under his pillow. A few nights later, he proudly walked upstairs to show me that he had doubled his money. He exclaimed, “Now I have TWO dollars!” 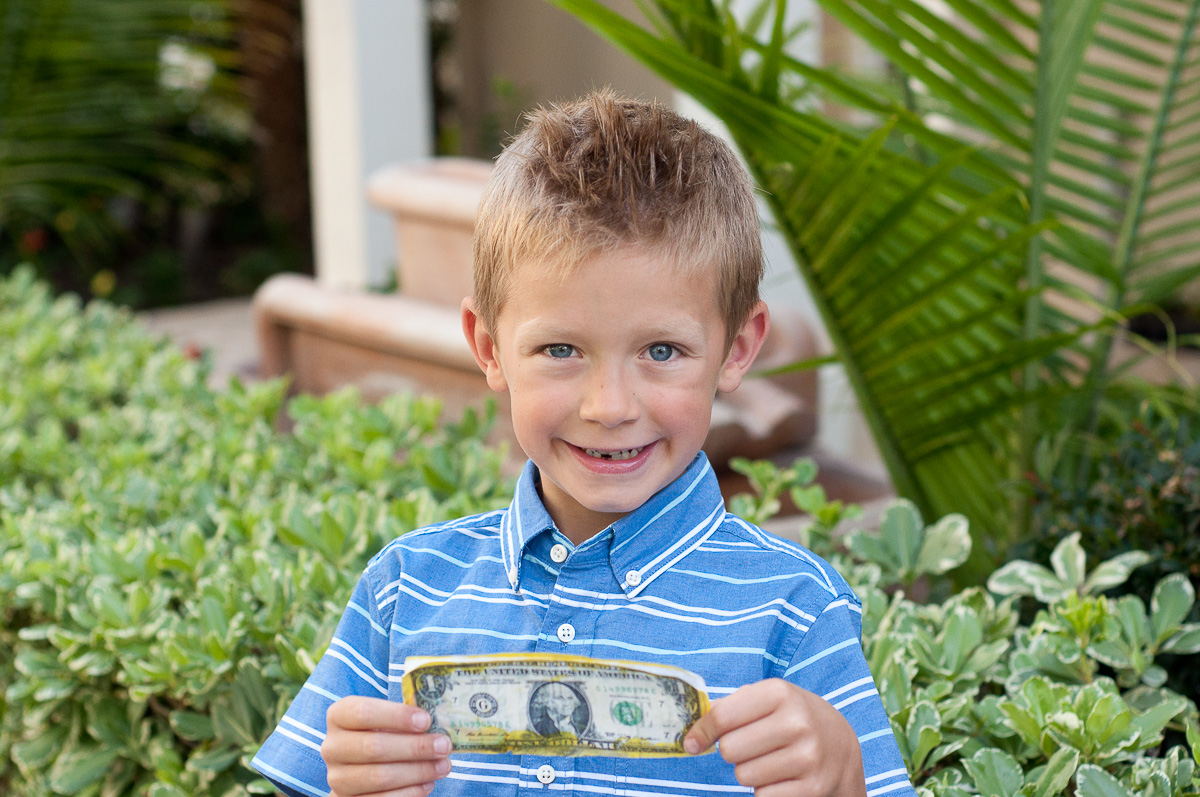 I died laughing. He had taken his dollar bill and made color copies of both sides, cut them out, and glued them together. He even went as far as to chalk the edges in yellow to give his new dollar an “aged” look. 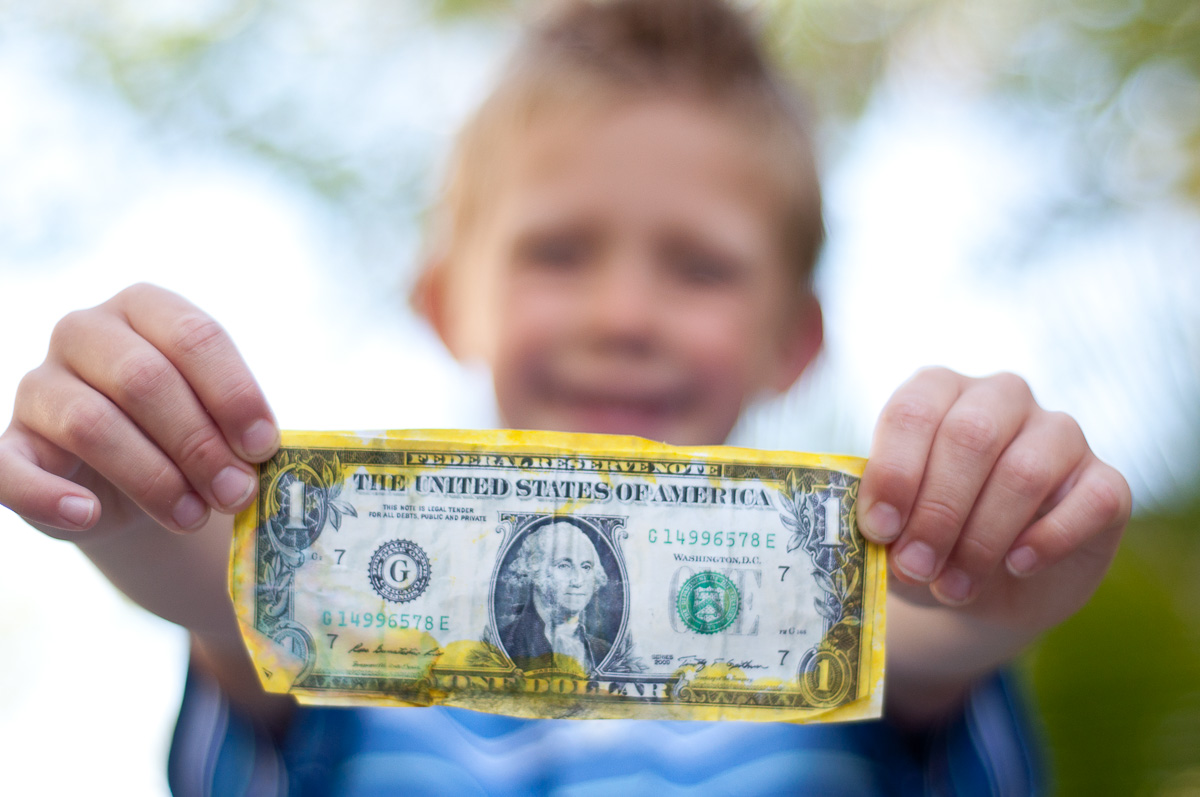 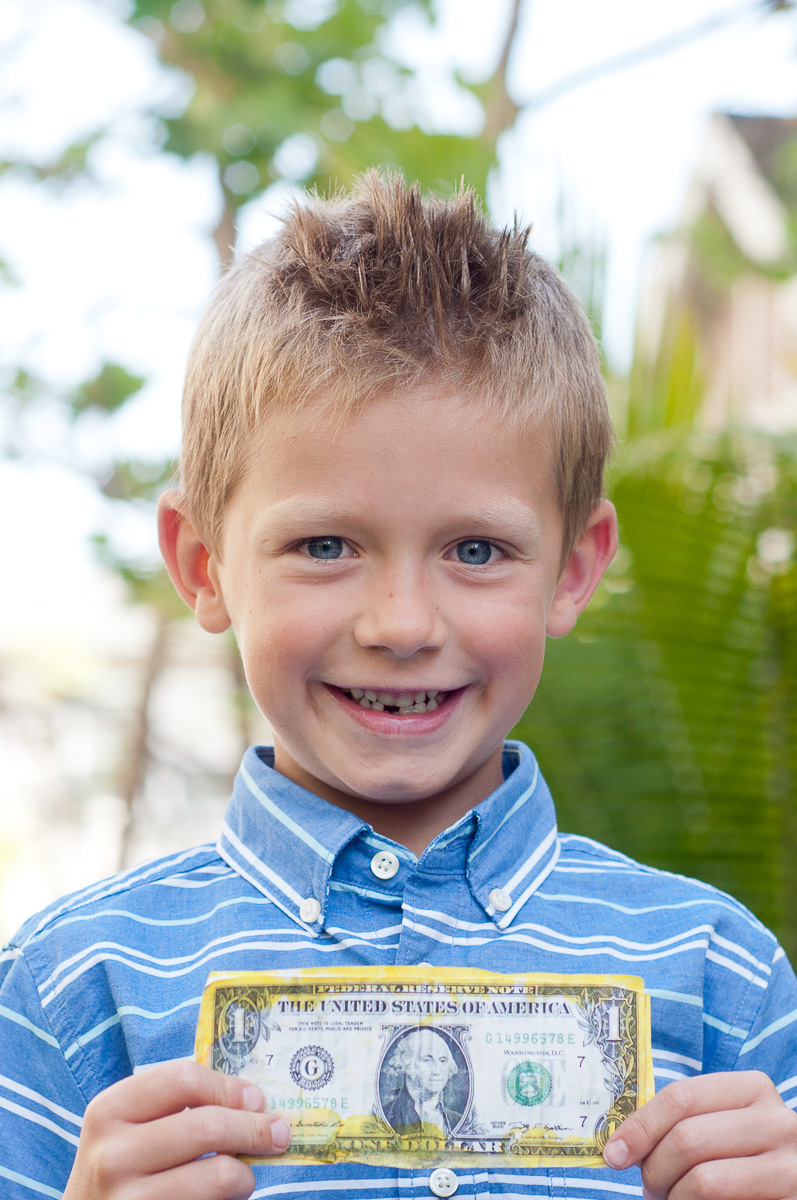 We tried to explain to him that he couldn’t actually spend the duplicate dollar. He did not understand why until we thoroughly explained the process of minting to him.  Now, he’s convinced that he is going to go to jail if someone finds his counterfeit money.