I happened to be thinking about the house we left behind almost six months ago (!) and I realized that I never posted about our basement refinish. We enjoyed the completed space for two of the seven years we lived there; not nearly long enough.I think part of the reason I didn’t post is because it never felt “finished.” I meant to do so much more, but then two babies in a year and a half and a major move got in the way.

It was fascinating to watch the space transform from this: 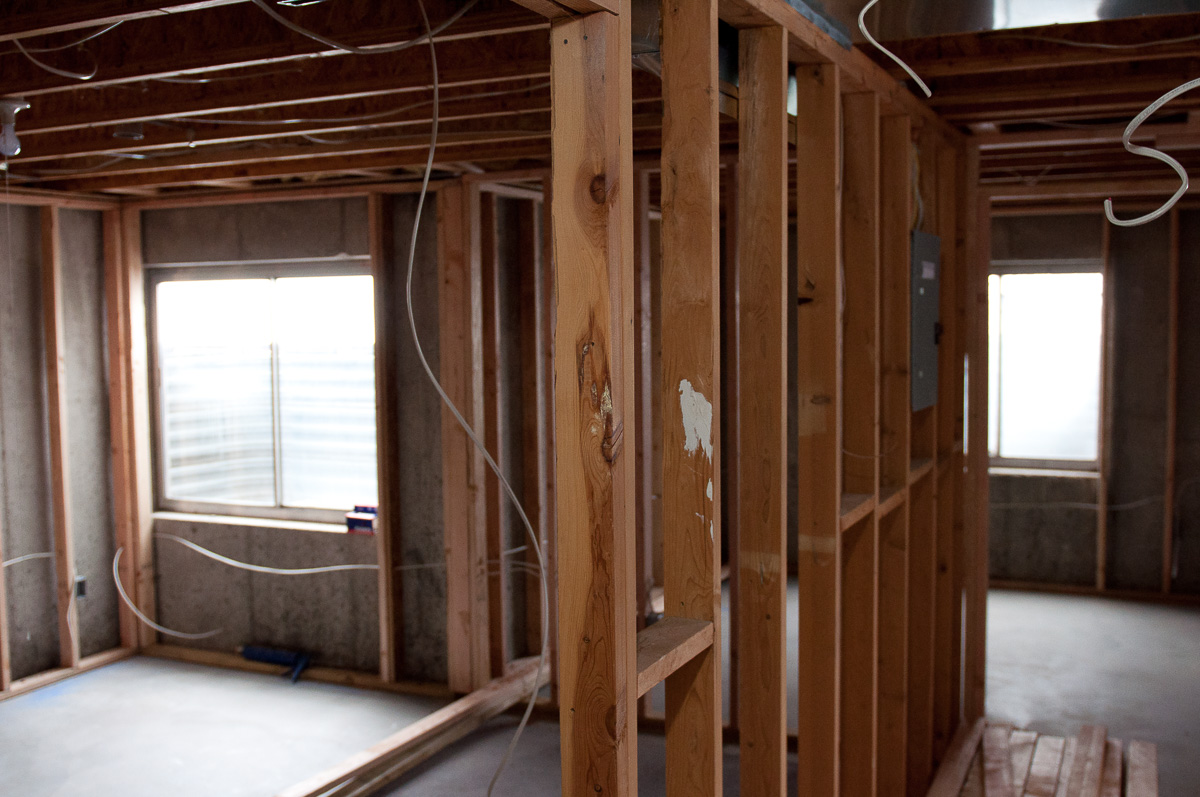 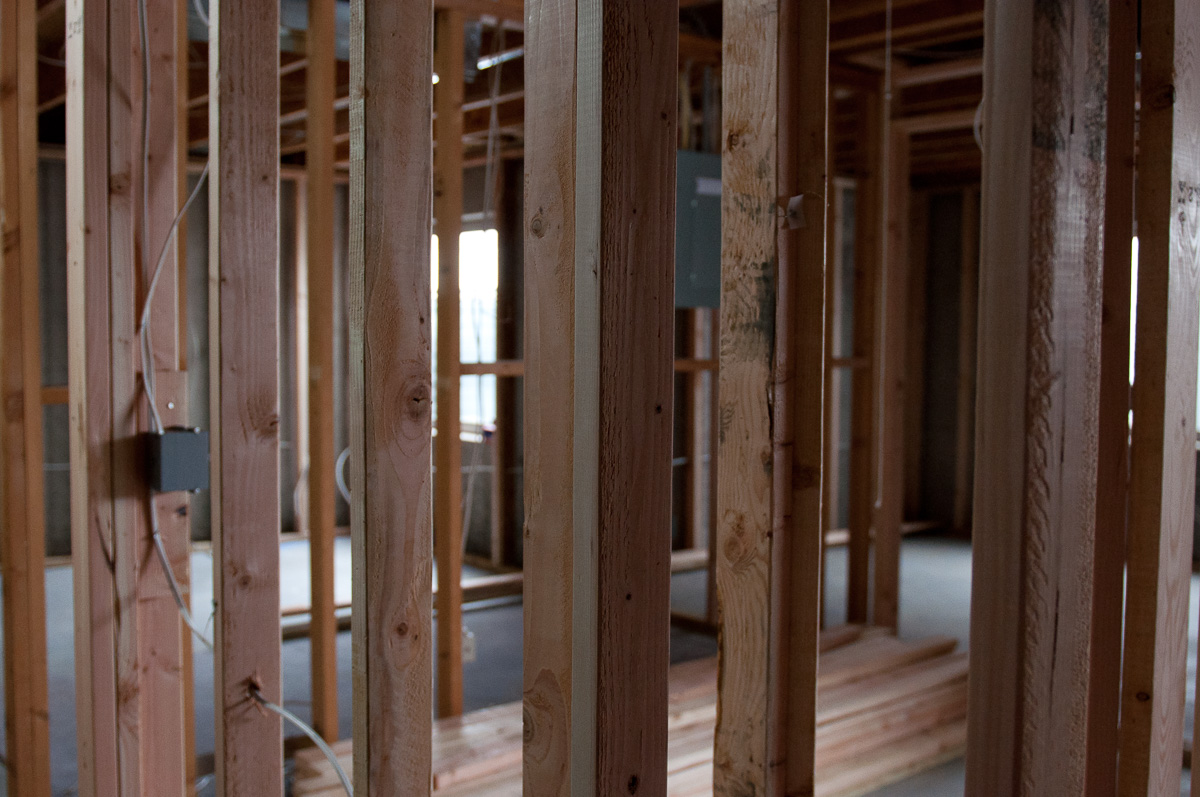 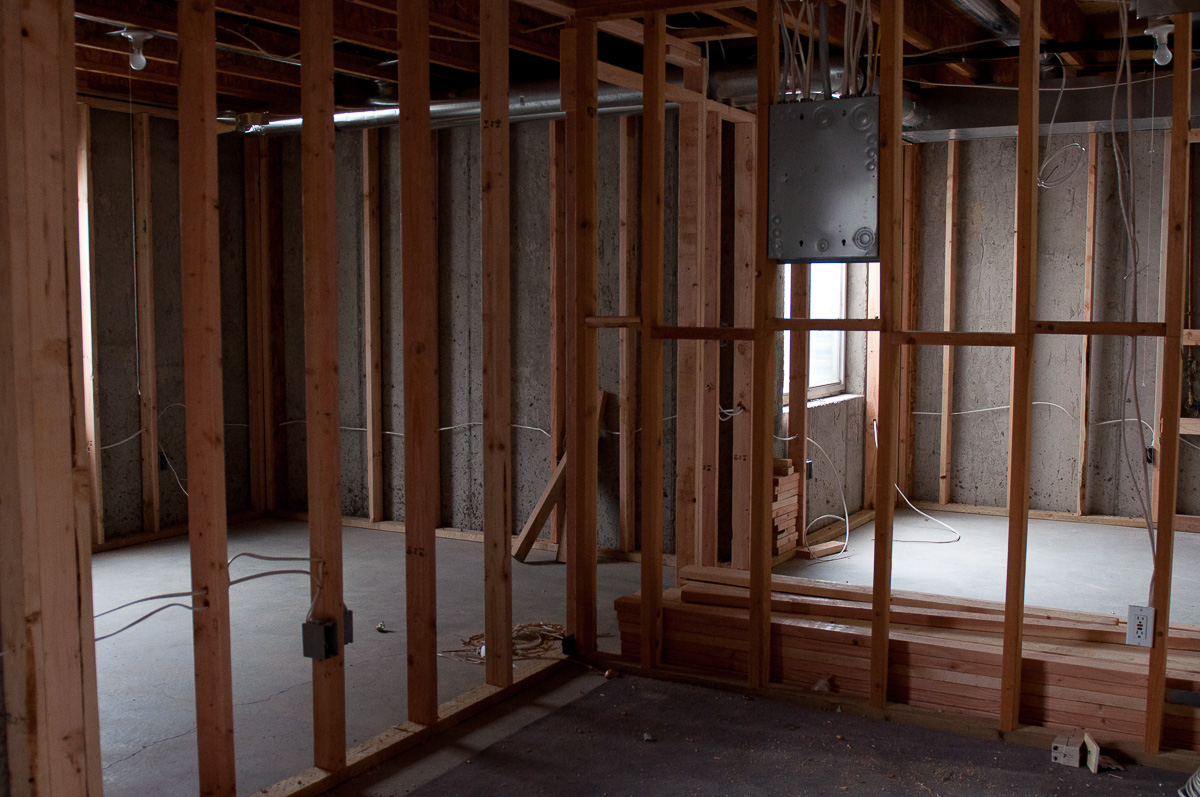 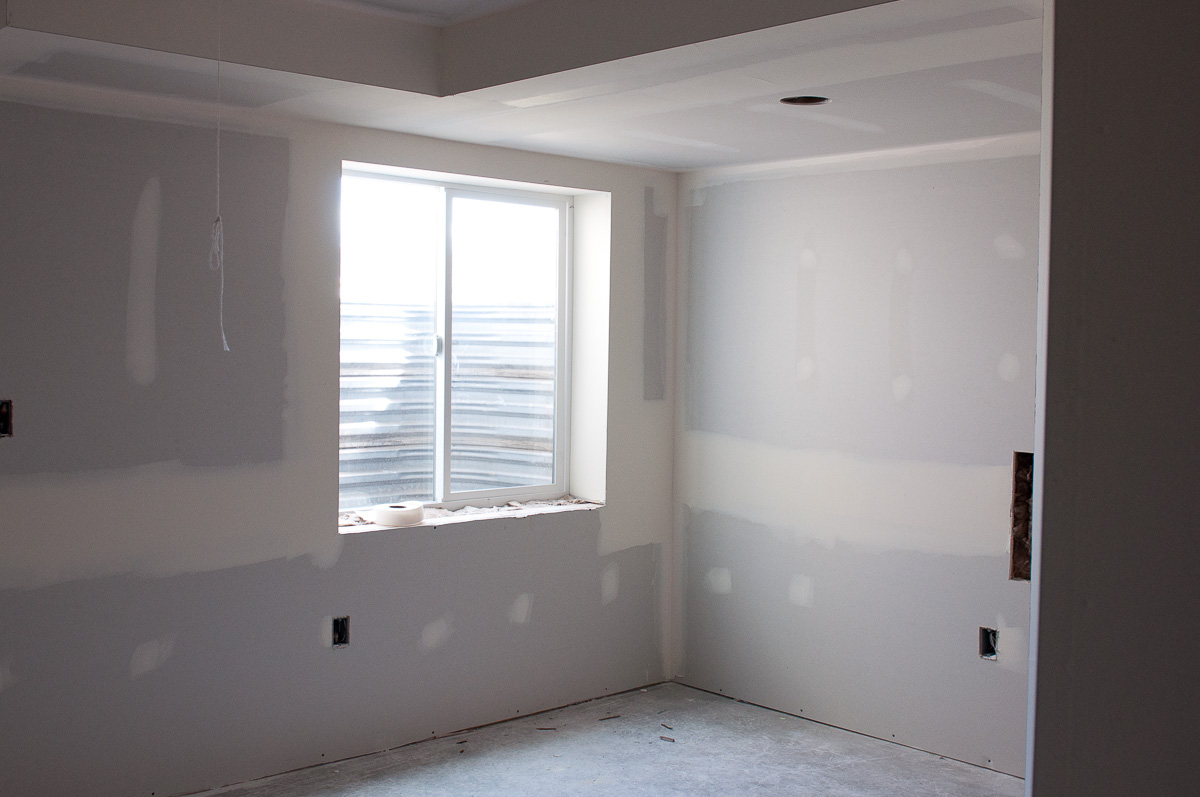 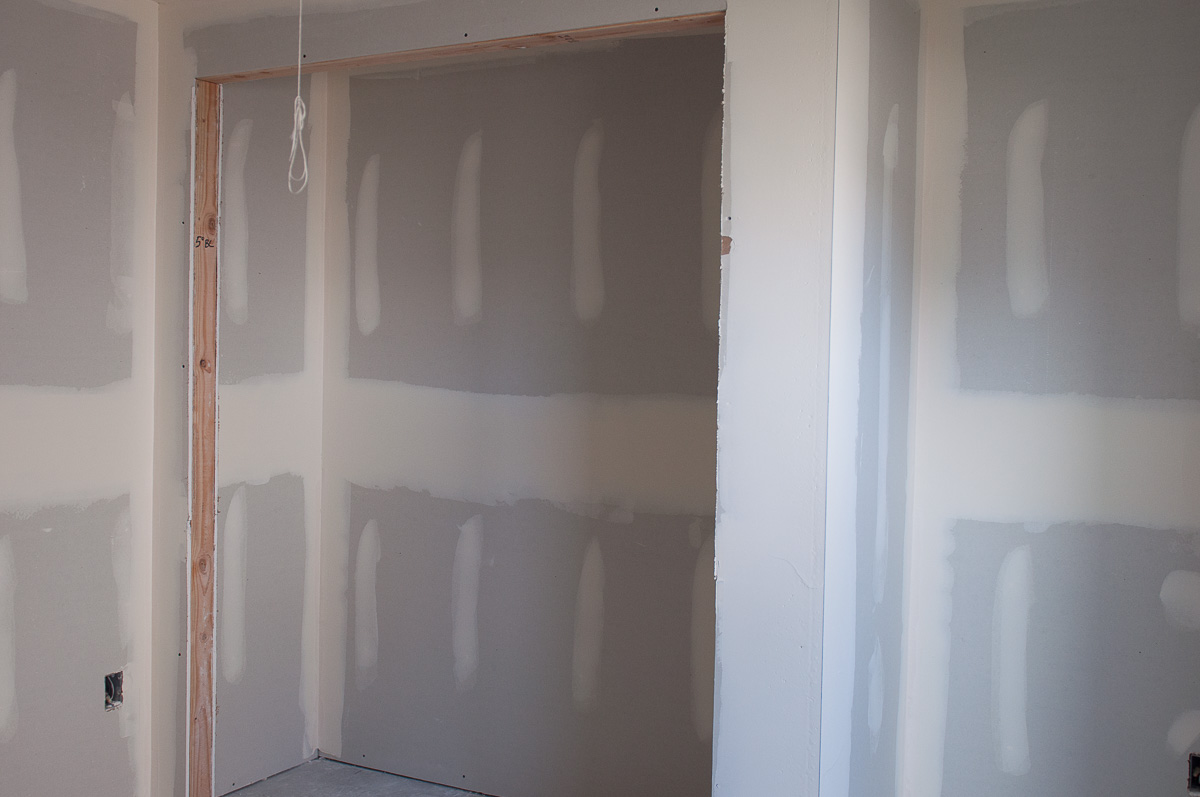 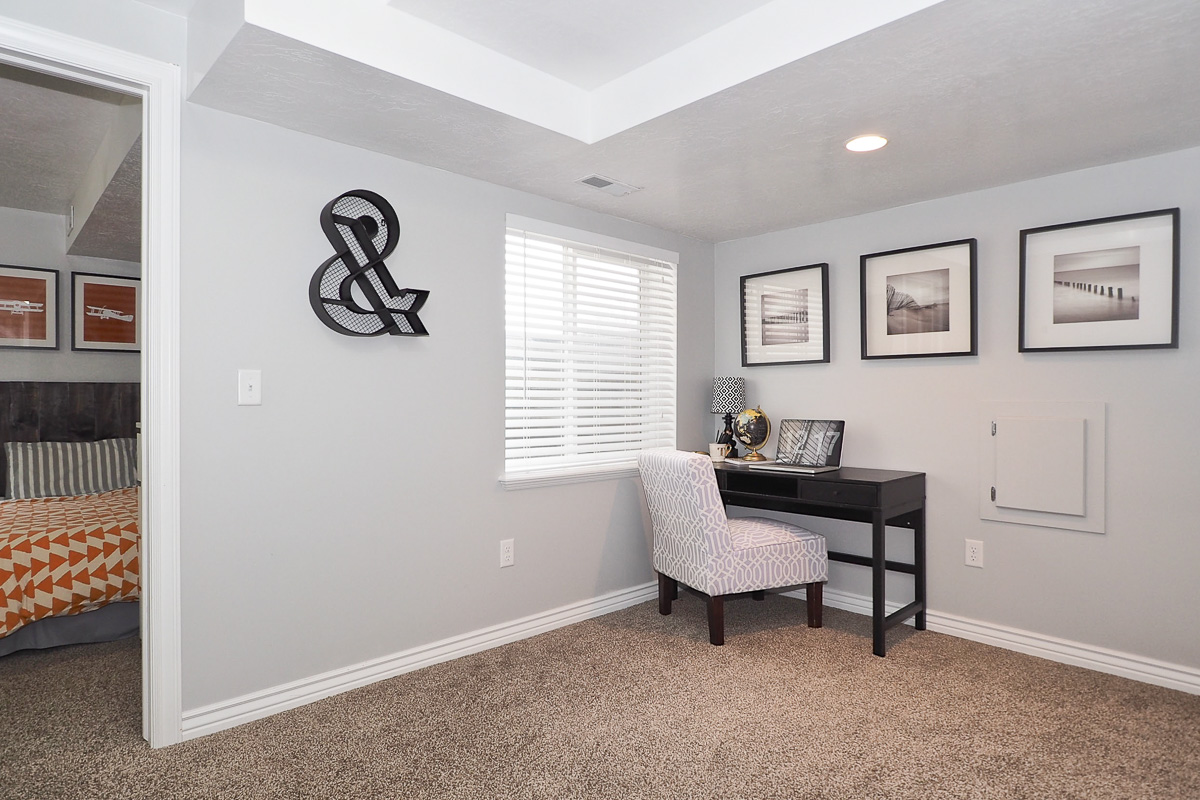 For months, our counters were covered with tile and grout and paint and carpet samples. Troy and I surprisingly made a good decision making team despite our very different styles. 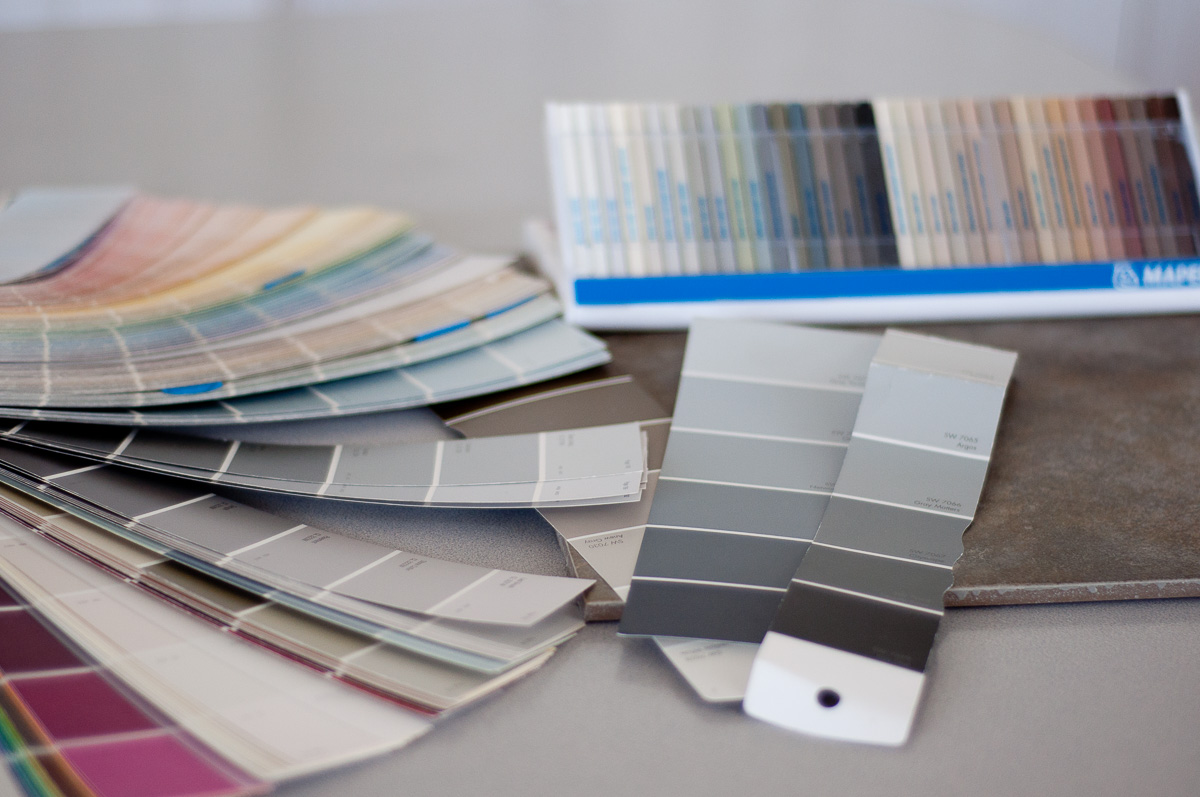 I had big plans to transform the open office space into something sleek and modern, where I could go to feel inspired to design. What actually happened was our black clunky desk got shoved into the corner and stayed that way for two years. However, I loved having a big closet to shelve our printer, kids’ crafts, project supplies, etc. The closet wasn’t in our original blueprint and I’m so happy we added it in as an afterthought. 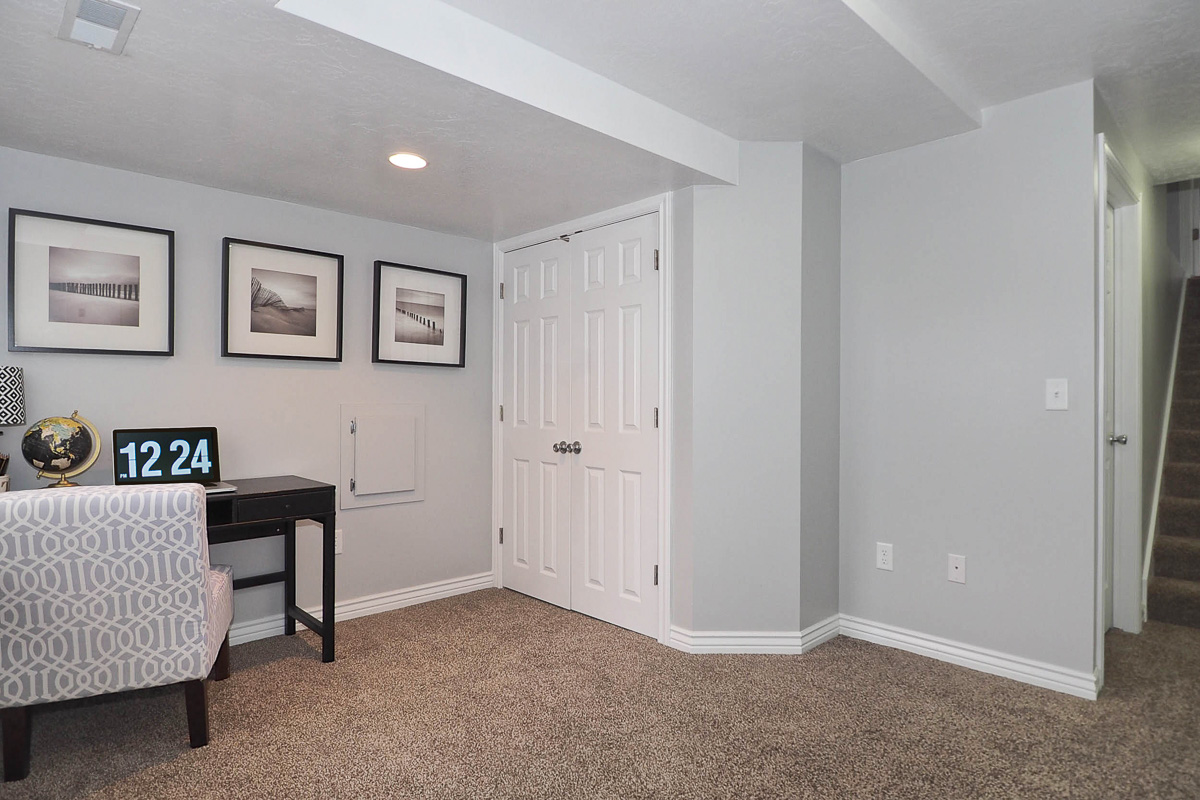 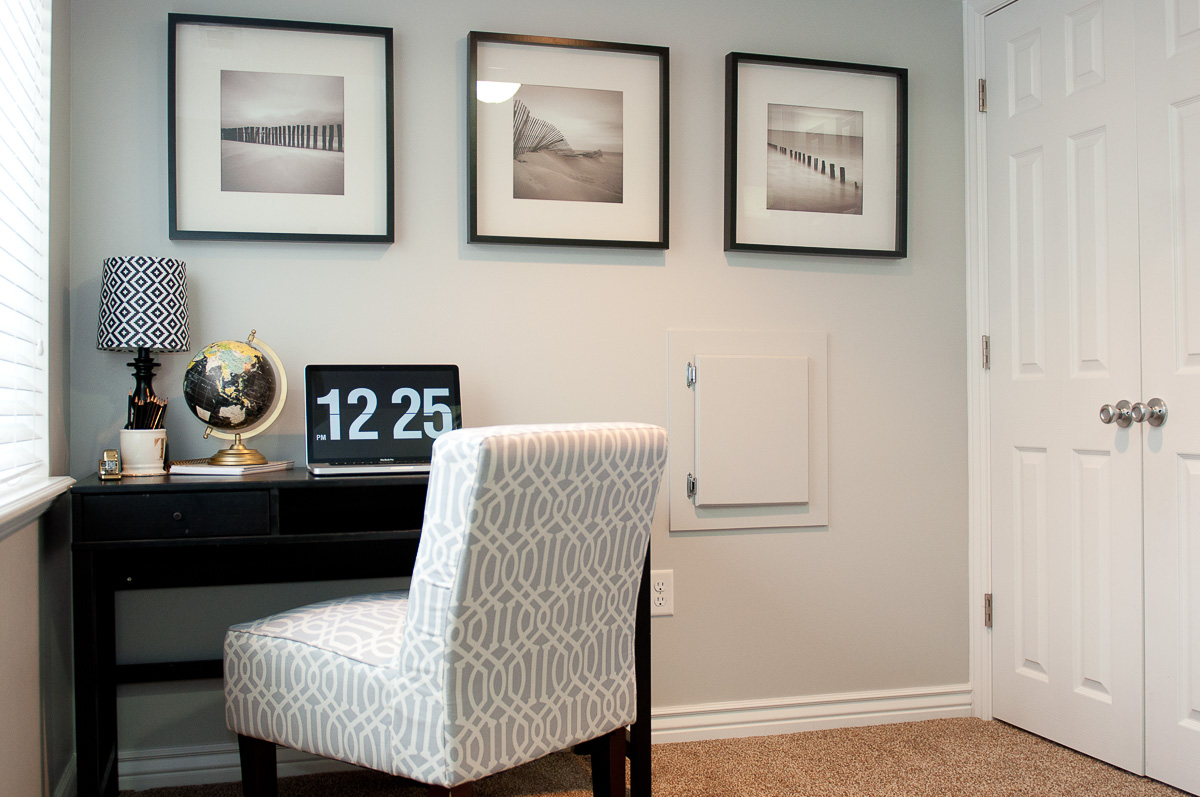 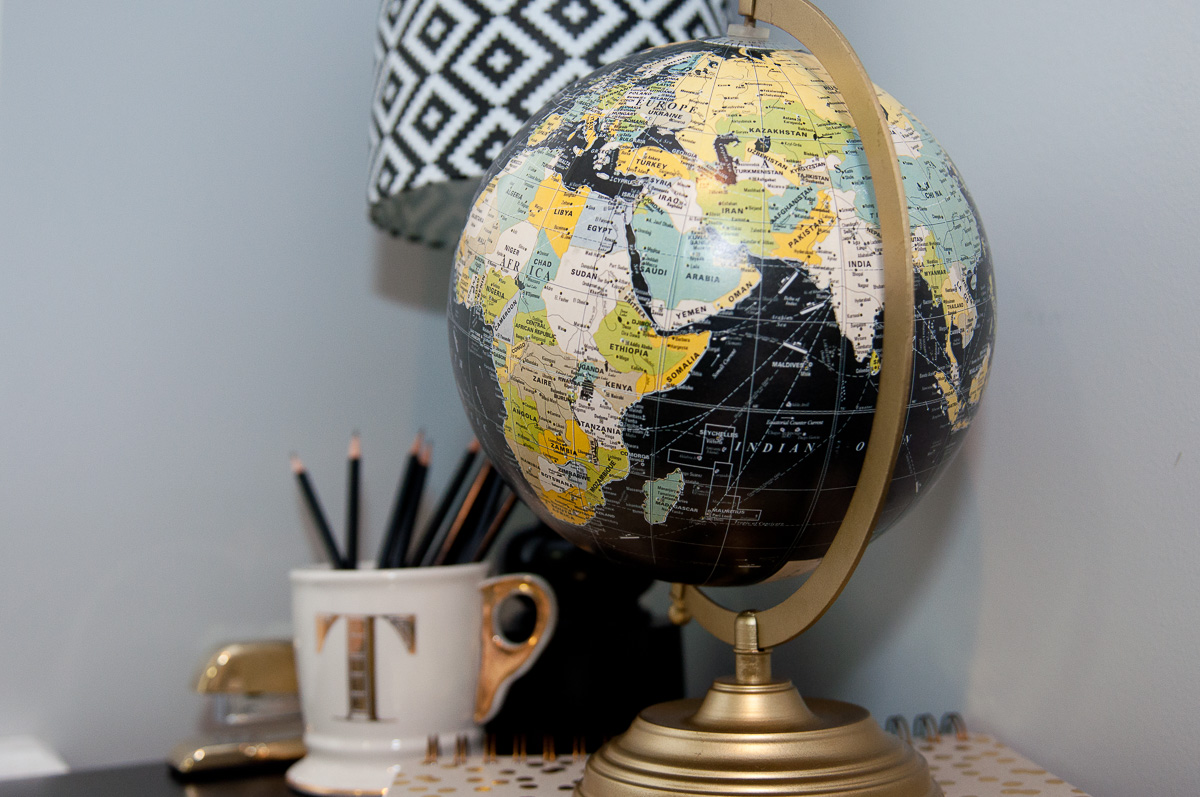 One of the main reasons for the refinish was to add in some extra bedrooms. Our contractor was racing the clock to get it all finished by the time Crew was born. We literally moved Blake’s bed downstairs and shuffled all of the sleeping arrangements two days before Crew’s arrival. 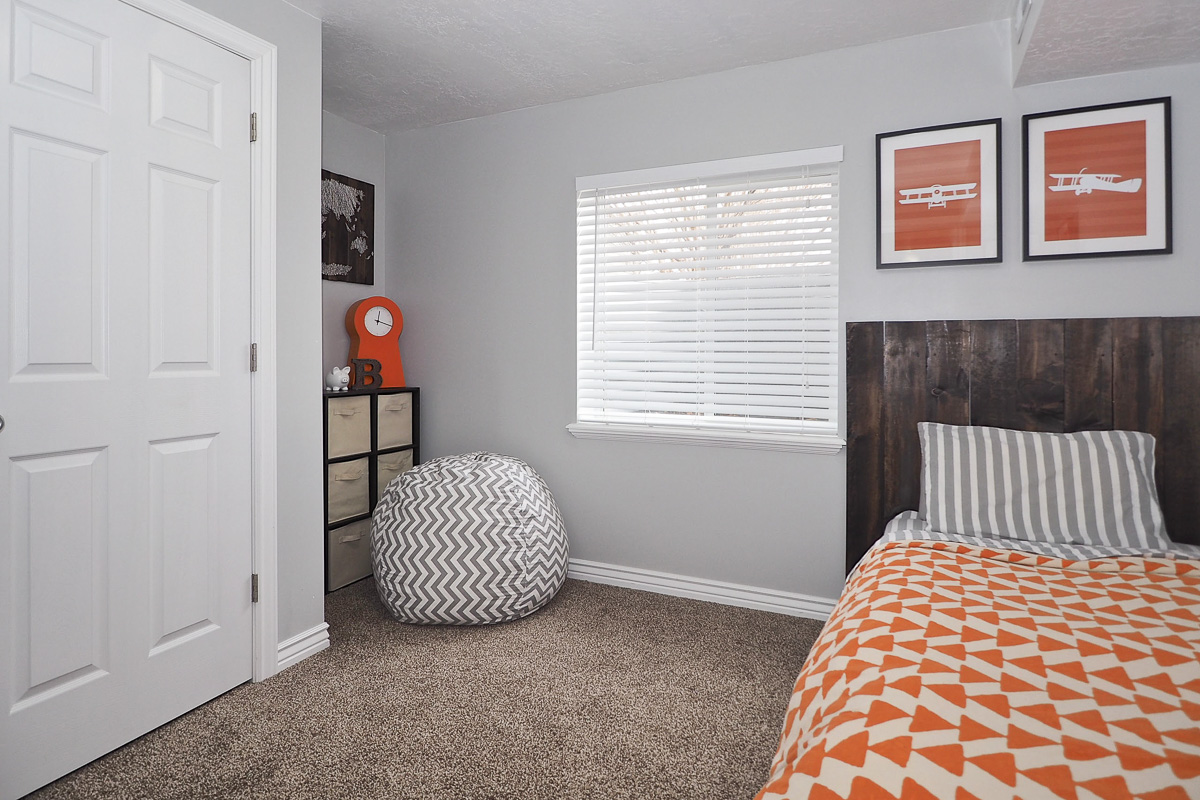 I built Blake’s headboard in our garage on one of the hottest days of the summer. 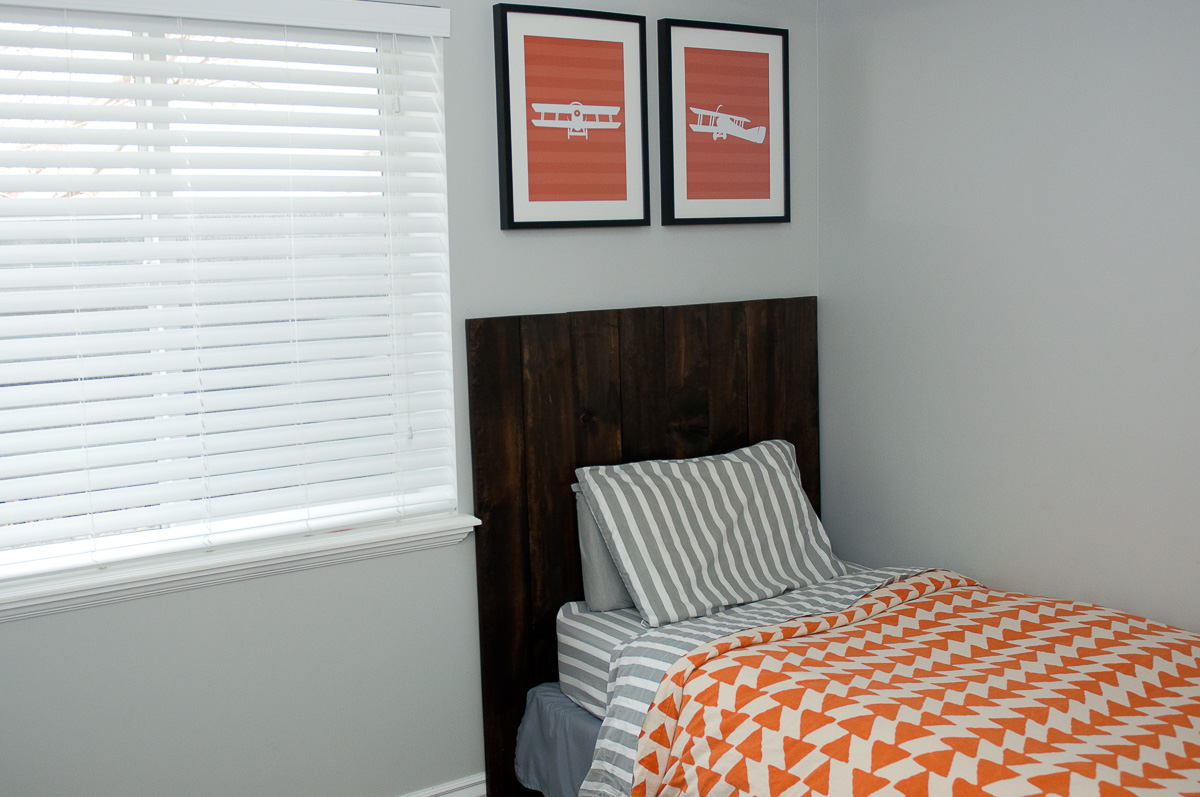 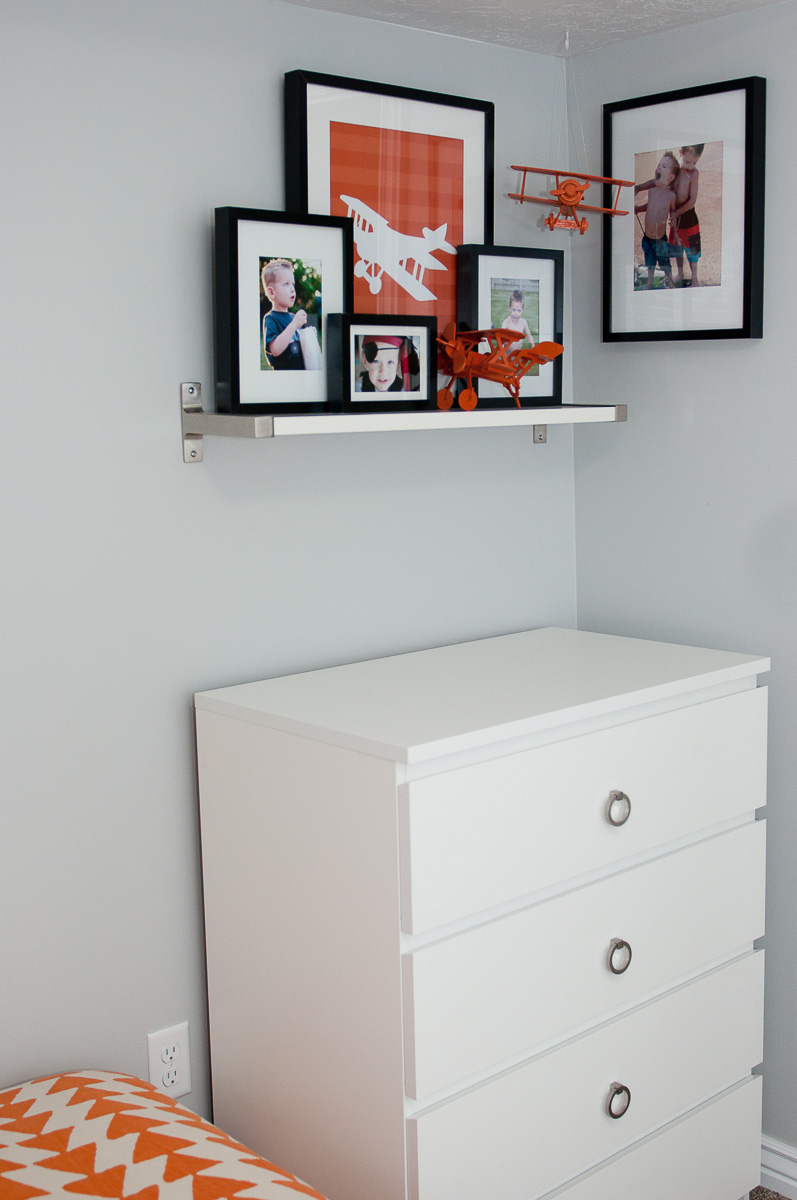 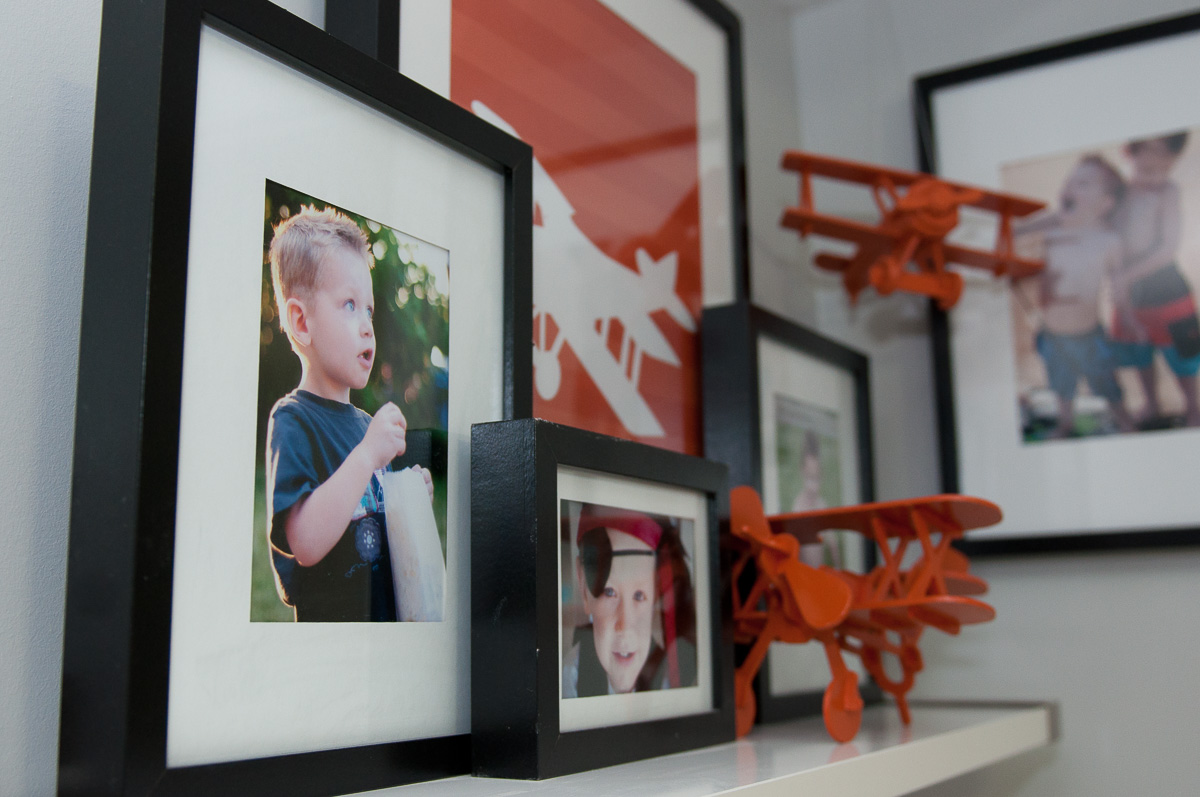 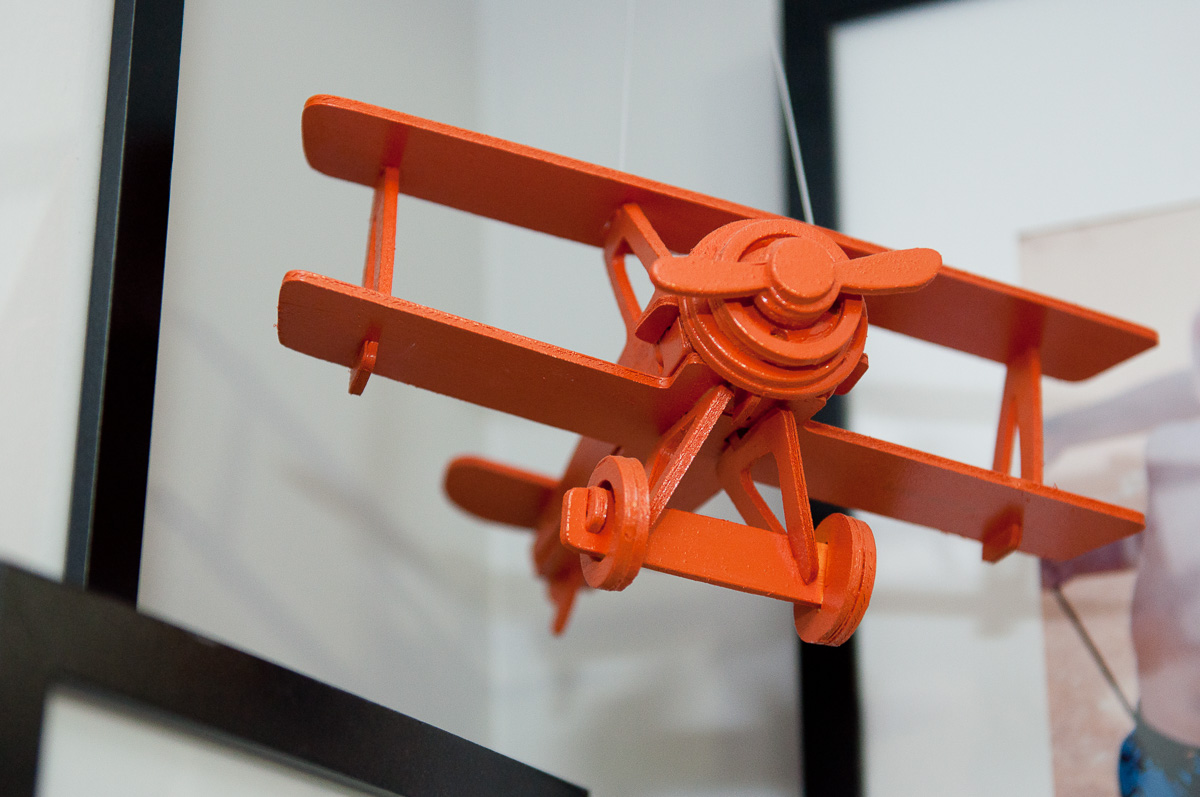 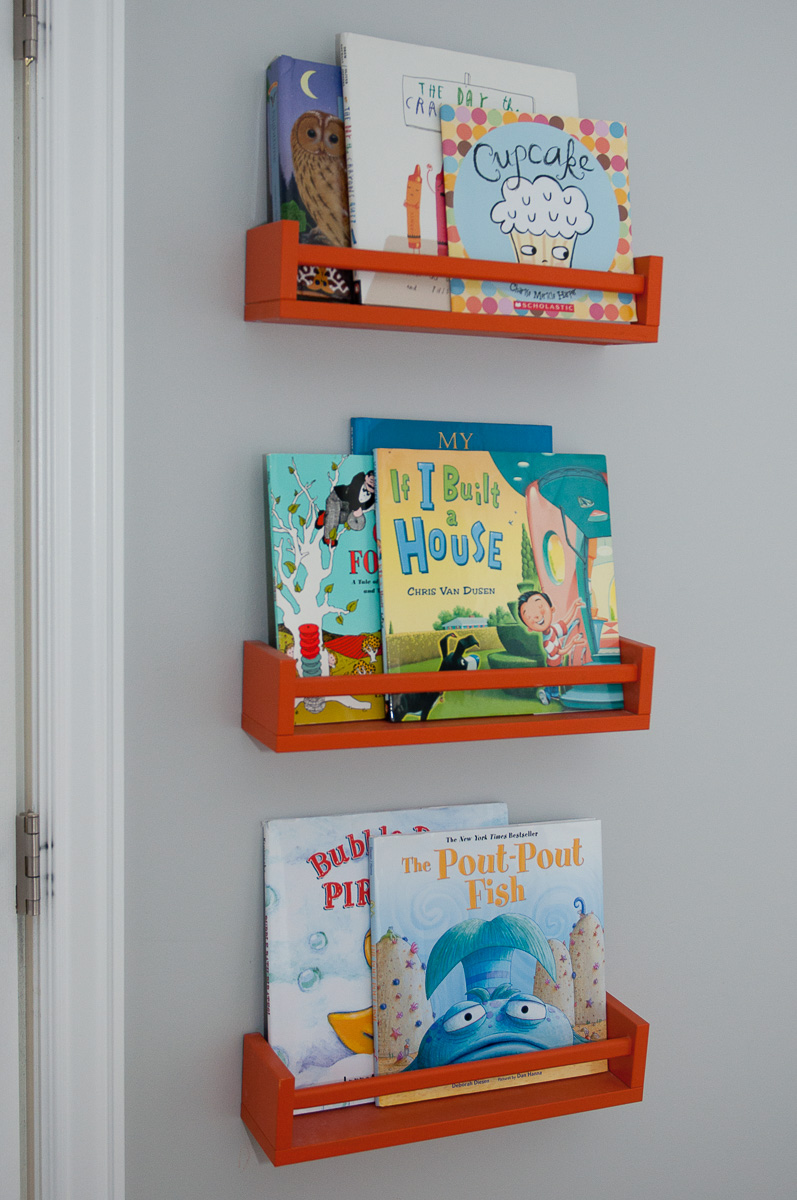 The string art map followed much later, shortly before we moved away. 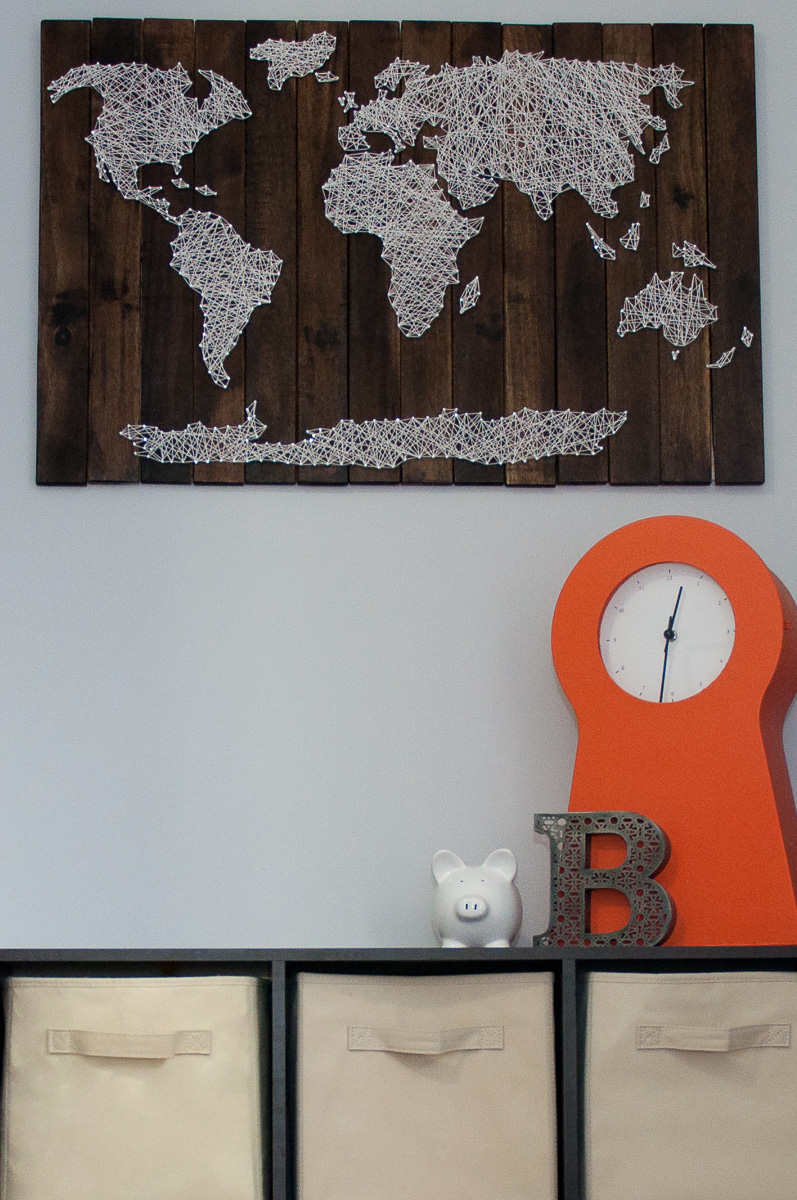 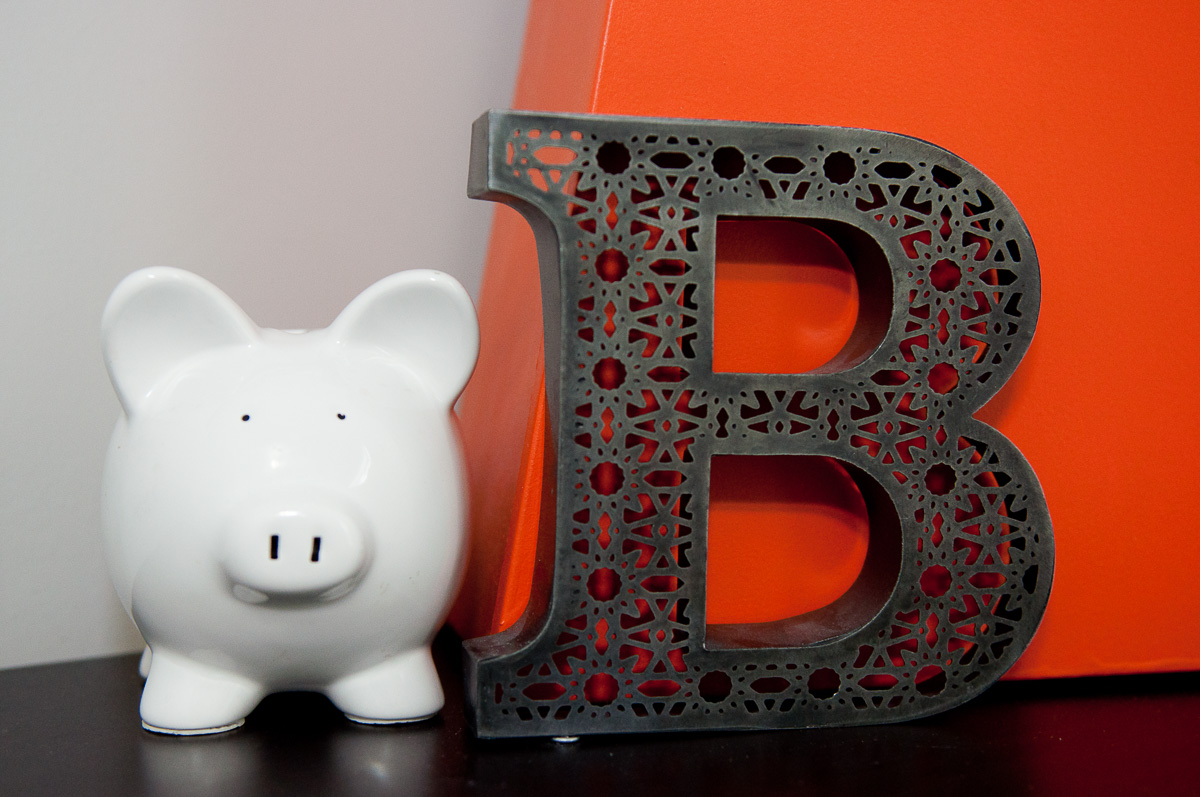 We also added a guest room which all of the grandparents sorely miss now that we drastically cut our living space. 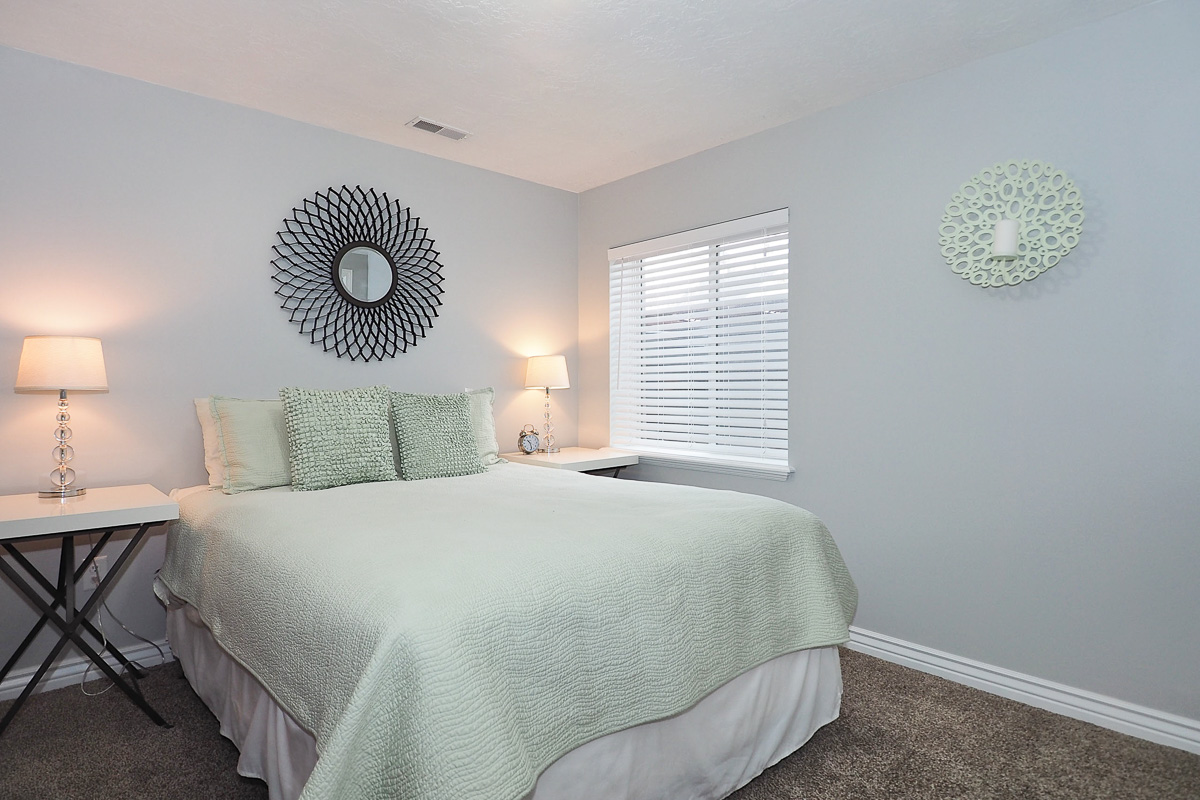 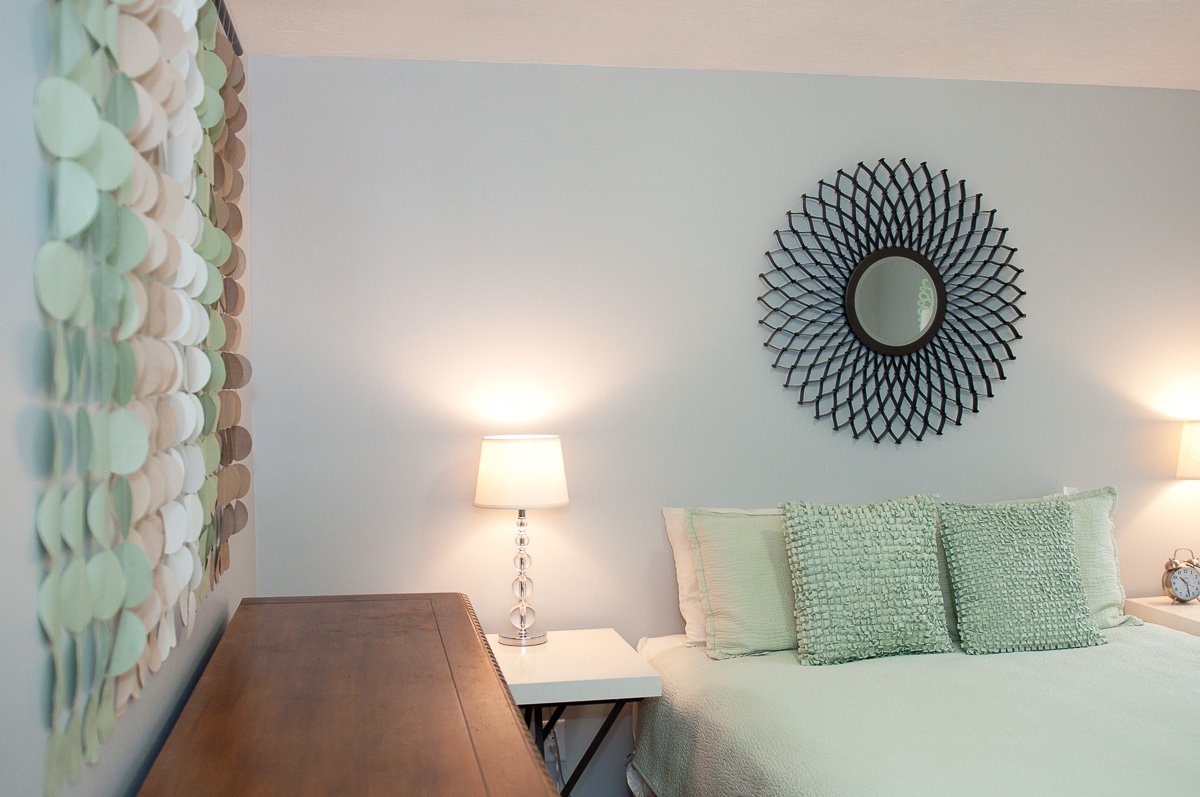 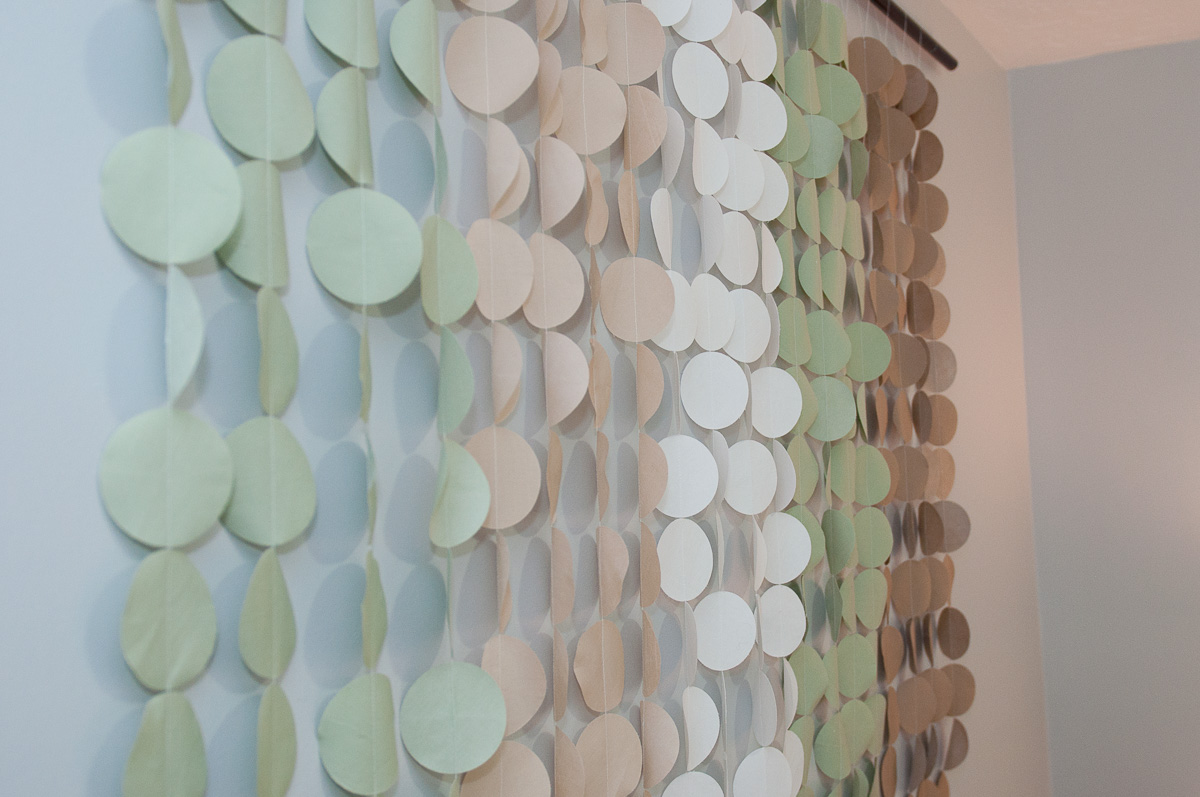 We added in a full bathroom as well. If we were to do it again, we would make some different styling decisions. We got to the point at the end where we just wanted it done and we didn’t have time to hum and haw over every little decision. And now that we don’t live there any more, I guess those little decisions don’t matter one bit. 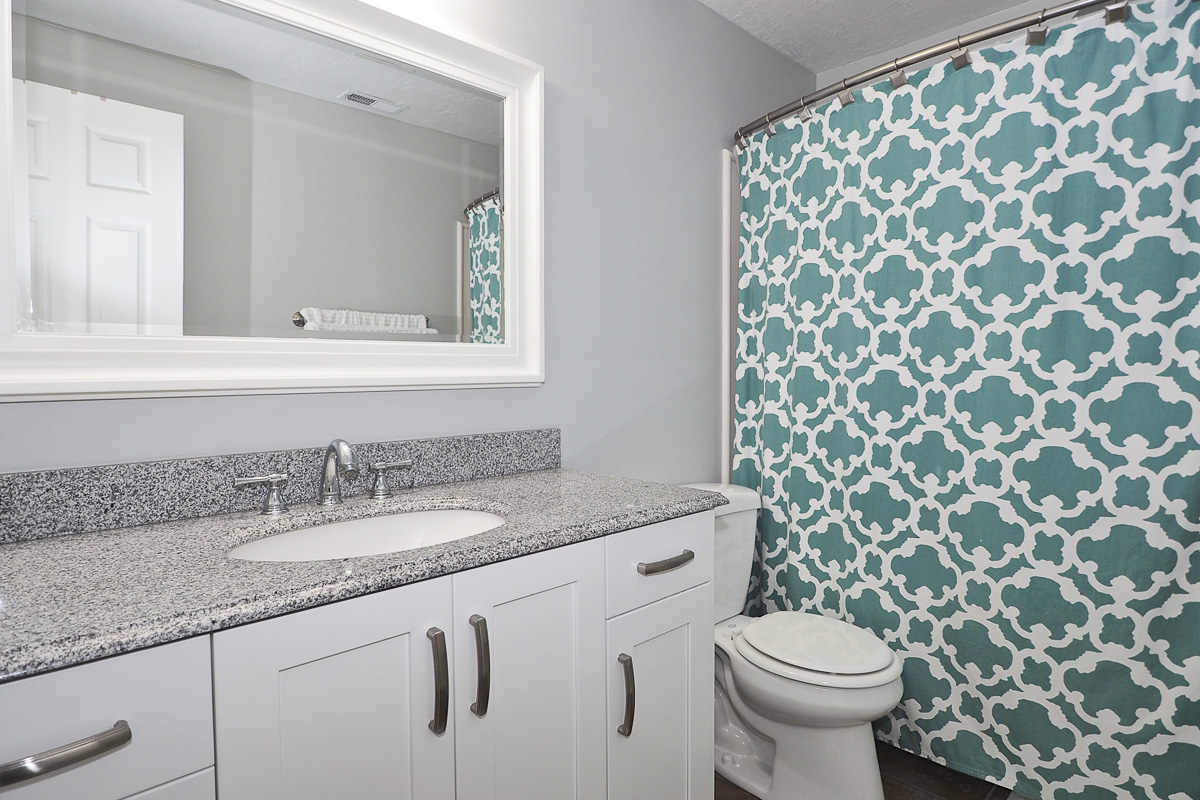 I have to admit, I’m getting a little torn up looking through all these photos of our old house. Every room has a hundred memories. I can picture Blake building machines in the open office area. I can see Nash jumping from the highest stair possible onto the beanbag. I can picture Crew tugging at the cords under the desk. I can see Troy relaxing on the guest room bed with his Kindle because it was the coolest room in the house. And I can picture Finn learning to roll over into the boxes as I packed it all up.

Don’t get me wrong, we adore our new home and everything our new neighborhood has to offer. But we sure are missing that extra basement square footage.