We were having a normal Saturday, juggling everyone’s schedules, when everything headed south.

Troy was off cleaning the church, I was grabbing some groceries and a last minute birthday party gift, Nash was attending a pirate pool party and Blake was beach hopping with our neighbors. We were planning on reconvening in time for the movie in the town park that the boys had been waiting to see all summer.

Crew developed a cough the night before that was frequent but not too worrisome. We were out celebrating Troy’s birthday and told the sitter to give him some cough drops since he didn’t have any other symptoms. He had a difficult time sleeping that night, tossing and turning constantly.

On Saturday afternoon in between all the hoopla that was going on that day, Crew seemed to get worse and worse. He was really having to work hard to breathe and his wheezing was constant in addition to the cough. He seldom had a break in between coughing fits. Troy suggested we bring him to Urgent Care. I’m not one to rush off to the doctor at the first sign of a sniffle, but this seemed more serious than a virus.

Troy ended up taking him to Urgent Care so I could juggle the other three coming and going and needing to be fed back home. They gave Crew two breathing treatments and his lungs did not improve. His oxygen levels were so low that they sent him to the ER. He was admitted to the hospital and kept overnight.

We spent the rest of the night going back and forth to the hospital while Blake and Nash were scooped up by a kind friend who took them to the movie in the park.

It was so strange to see Crew’s tiny body in a huge hospital bed, hooked up to oxygen and monitors. I was worried about him falling out since he had never slept in a bed before. They happily switched out the bed for a toddler crib where he spent the night.

Troy took the sleeping shift and it did not go too well. Crew was constantly being woken up by breathing treatments and kicking off his monitor which set off an alarm. They finally taped it on better after about the sixth episode of kicking it off.

He was diagnosed with asthma. Since it was his first attack, it’s hard to say what triggered it. It was most likely a virus or allergies. We were armed with booklets galore to study and boxes and boxes of inhaler and nebulizer medication.

Crew only needed oxygen assistance a couple of times throughout the night which was infrequent enough to give us the green light to take him home the next morning.

I wonder what he thought about the whole saga. He sure was excited about the truck they gave him to play with and endless access to Mickey Mouse Clubhouse. He was not as much of a fan of the breathing treatments where Troy had to pin him down to keep the mask on. 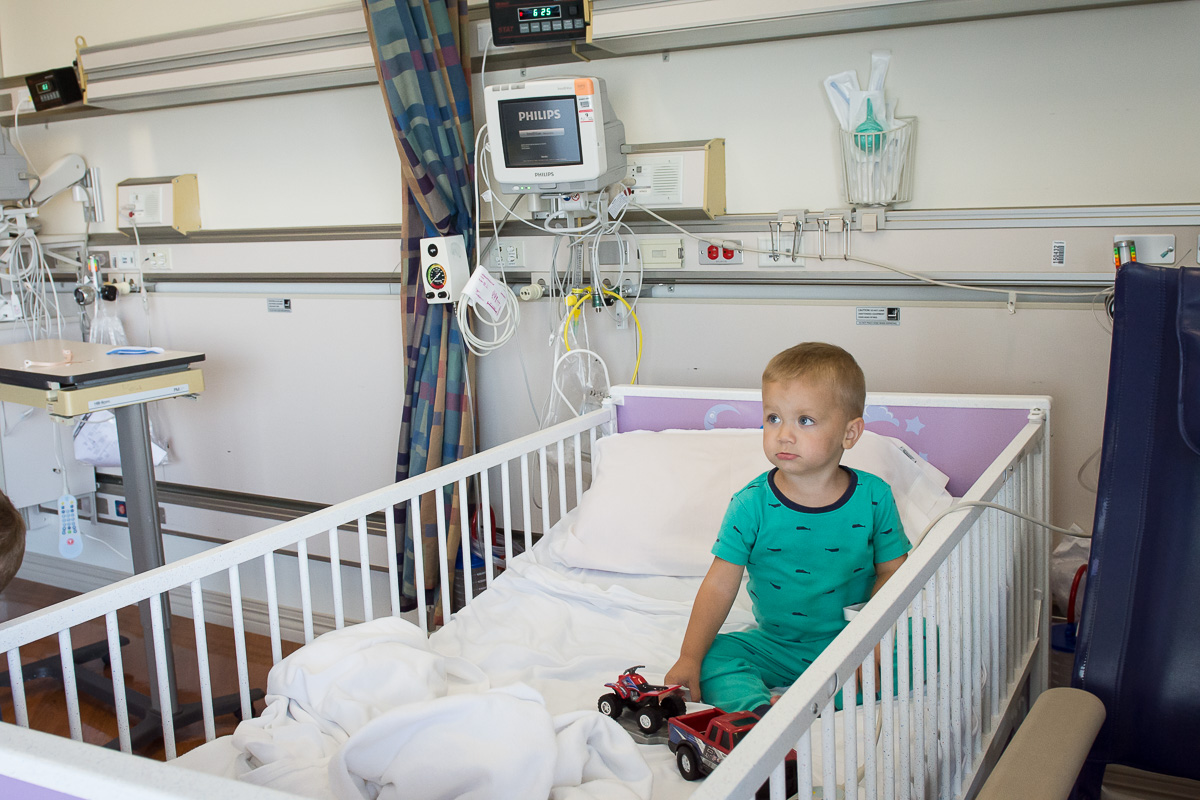 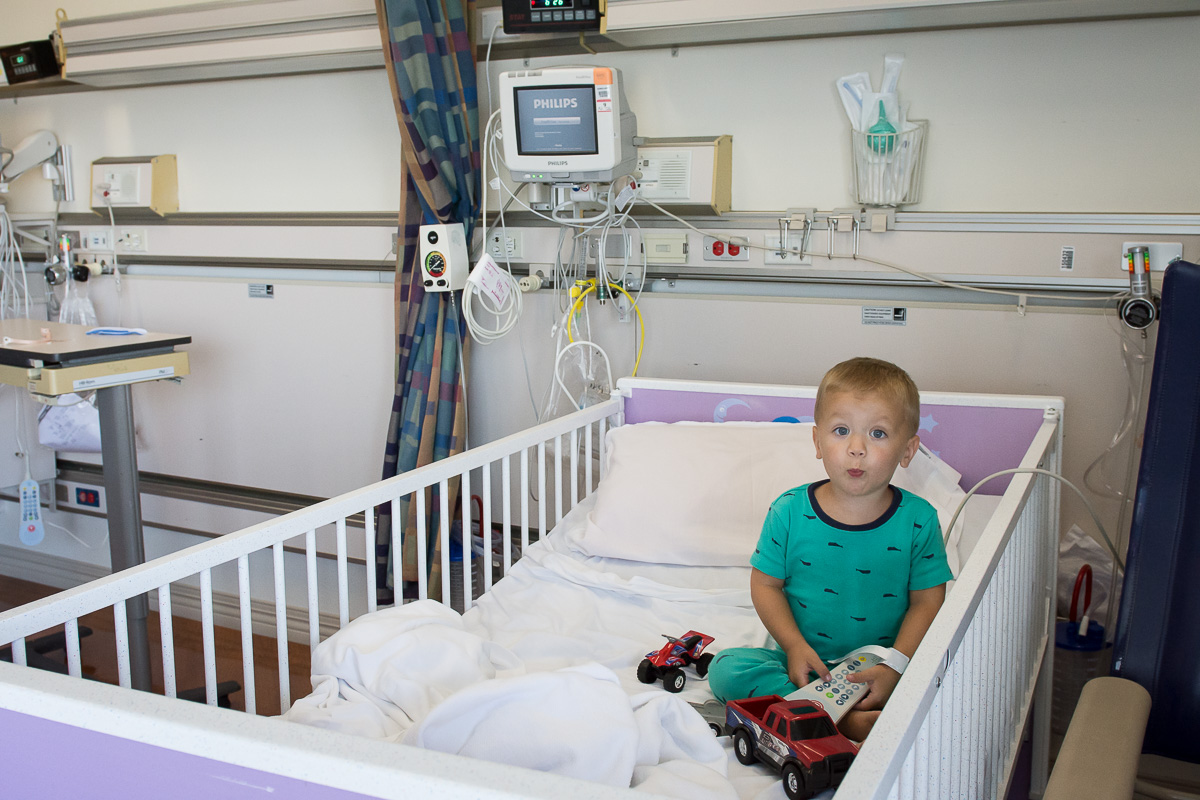 His brothers were so worried about him. They woke up bright and early to make him cards and a paper tent complete with trees, a campfire and a “T” flag. 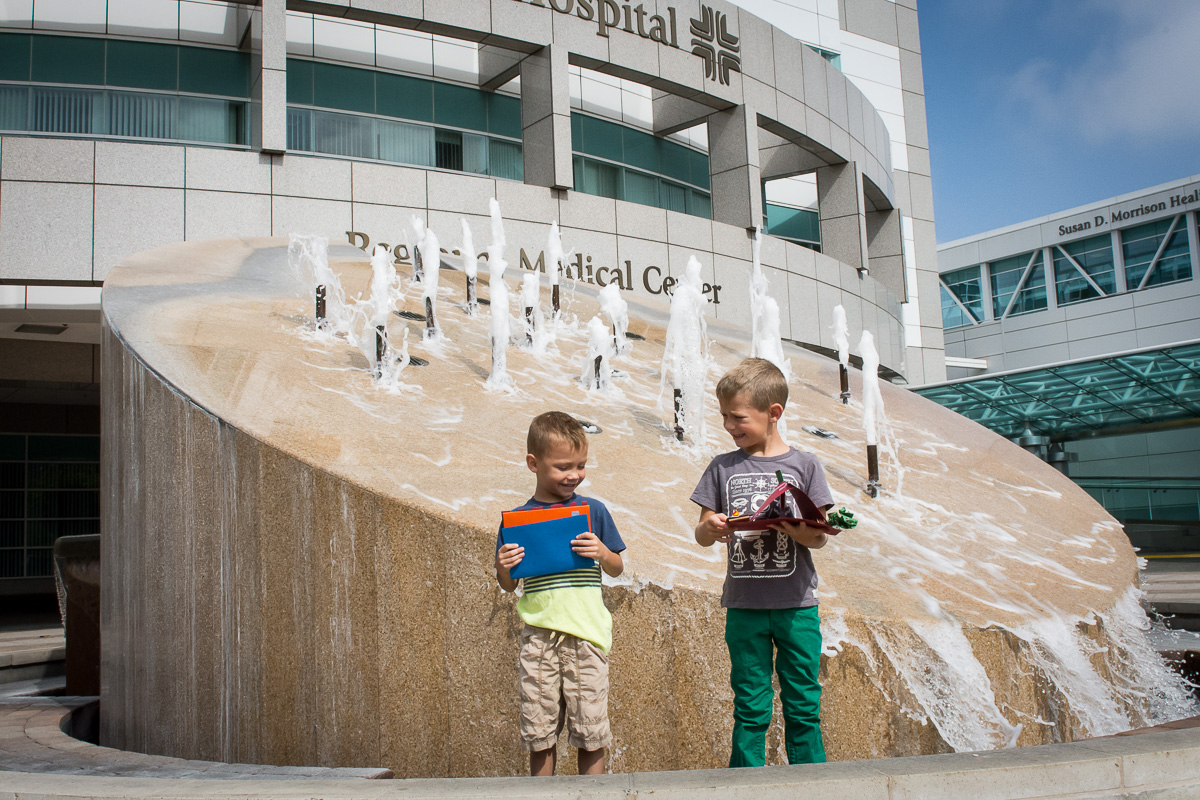 Crew was all smiles when we were about to be discharged. 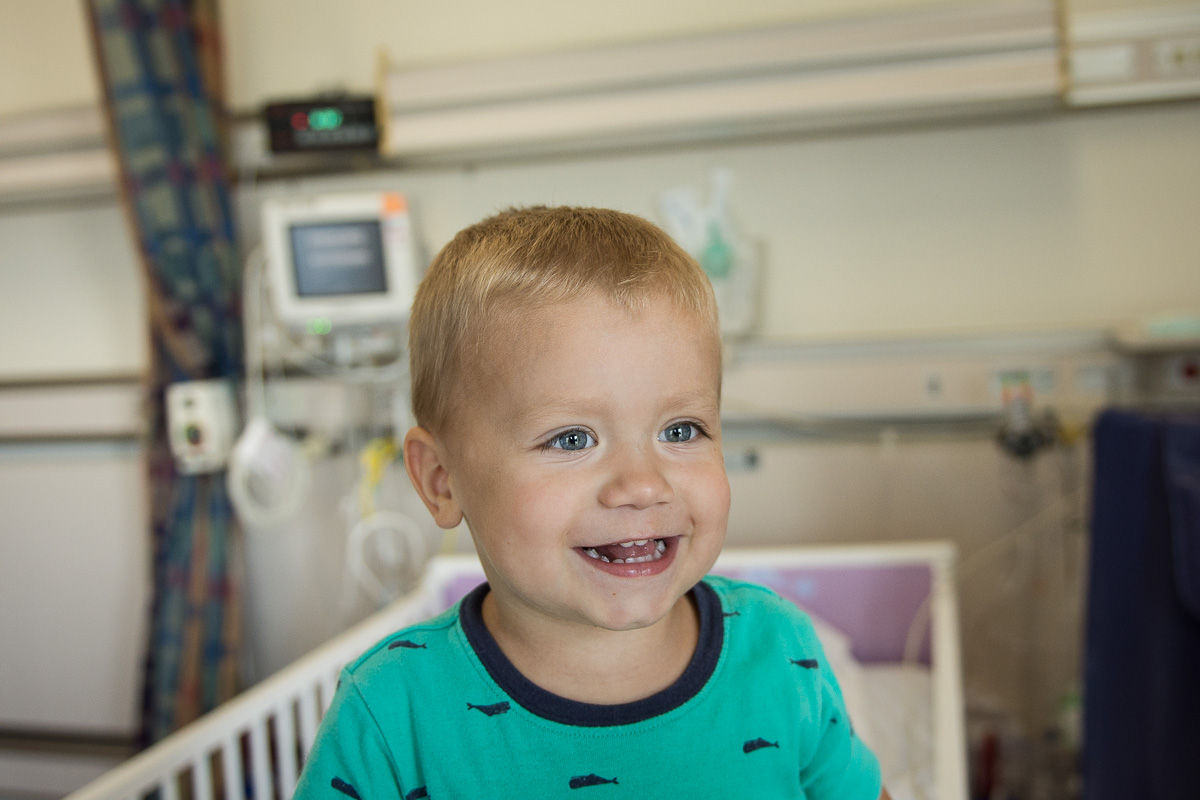 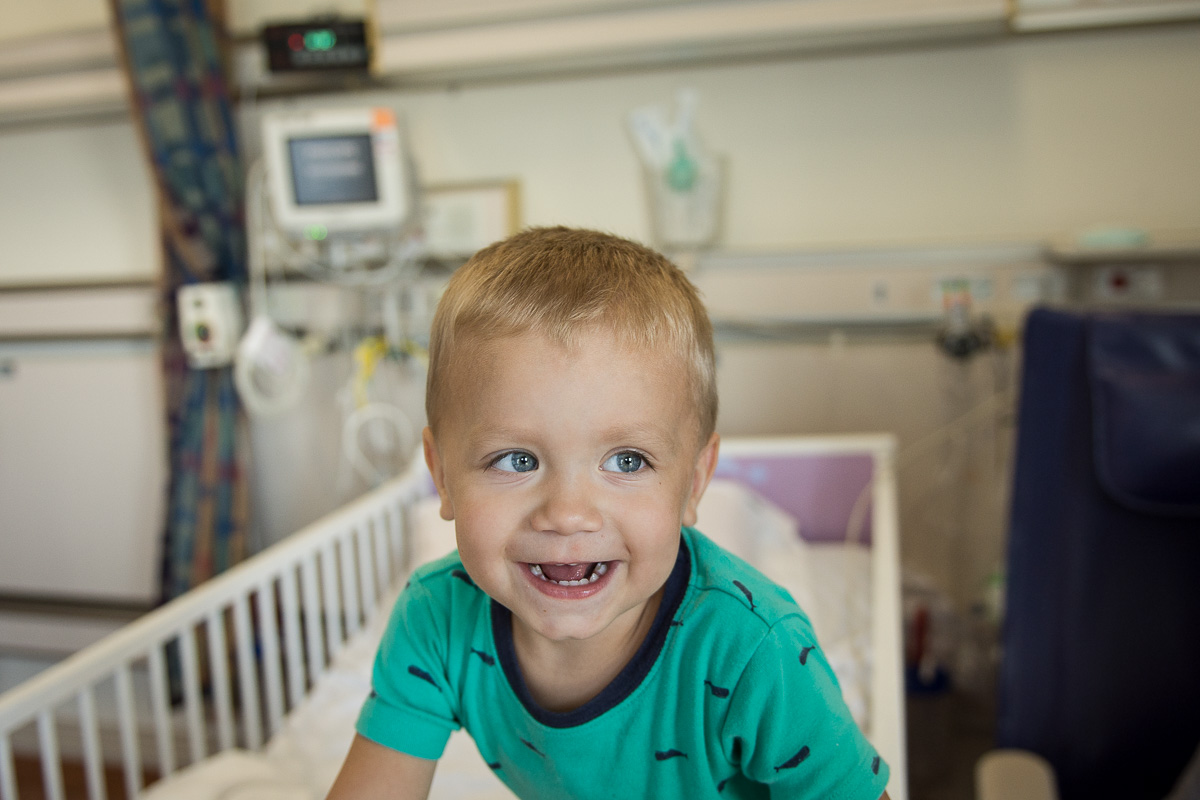 Who knows if he thought it was all just a grand adventure. He was incredibly grumpy from a total lack of sleep but we were so grateful to have him back home after that scare. I’m pretty sure that Nash has asthma too, so we are about to embark on a whole new journey of preventative care and treatments.