Over Labor Day weekend, we had a grand reunion with our dear friends in Vegas. Soon after we moved to California, one of the families we were really close to back in Salt Lake relocated to Nevada. Vegas was the perfect place to “meet in the middle” for another family coming from Salt Lake and for us.

The boys could hardly contain their excitement to be reunited with their friends. The countdown went on for weeks and days.

When we pulled into their driveway at 10pm on Friday night, they immediately jumped into their backyard pool for a night swim. At 8am the next morning, they were all back in the water again. 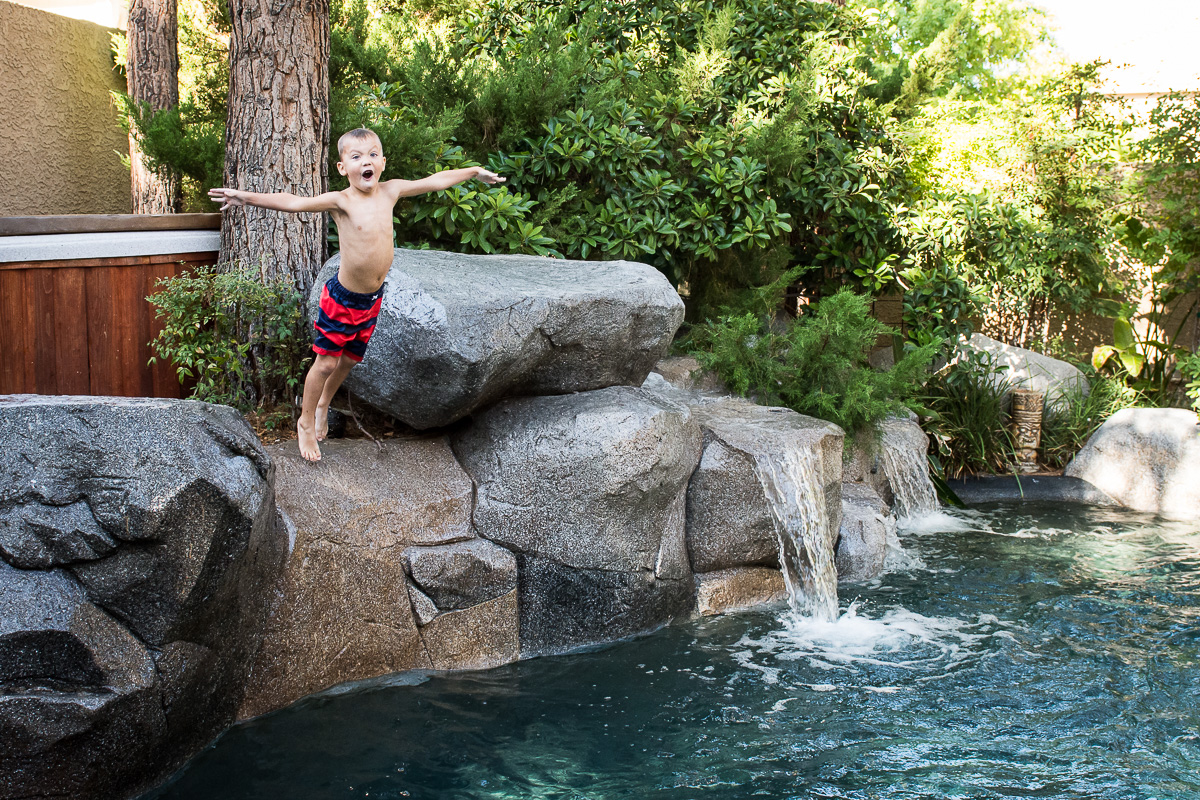 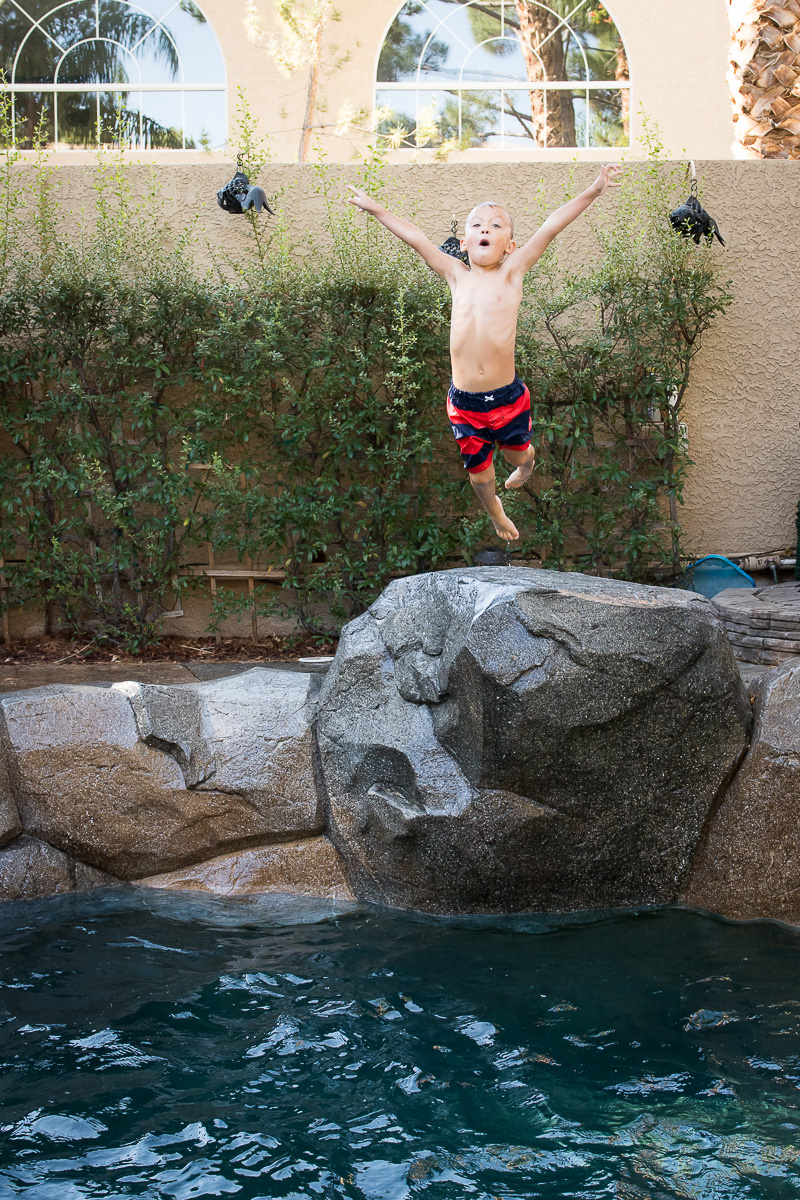 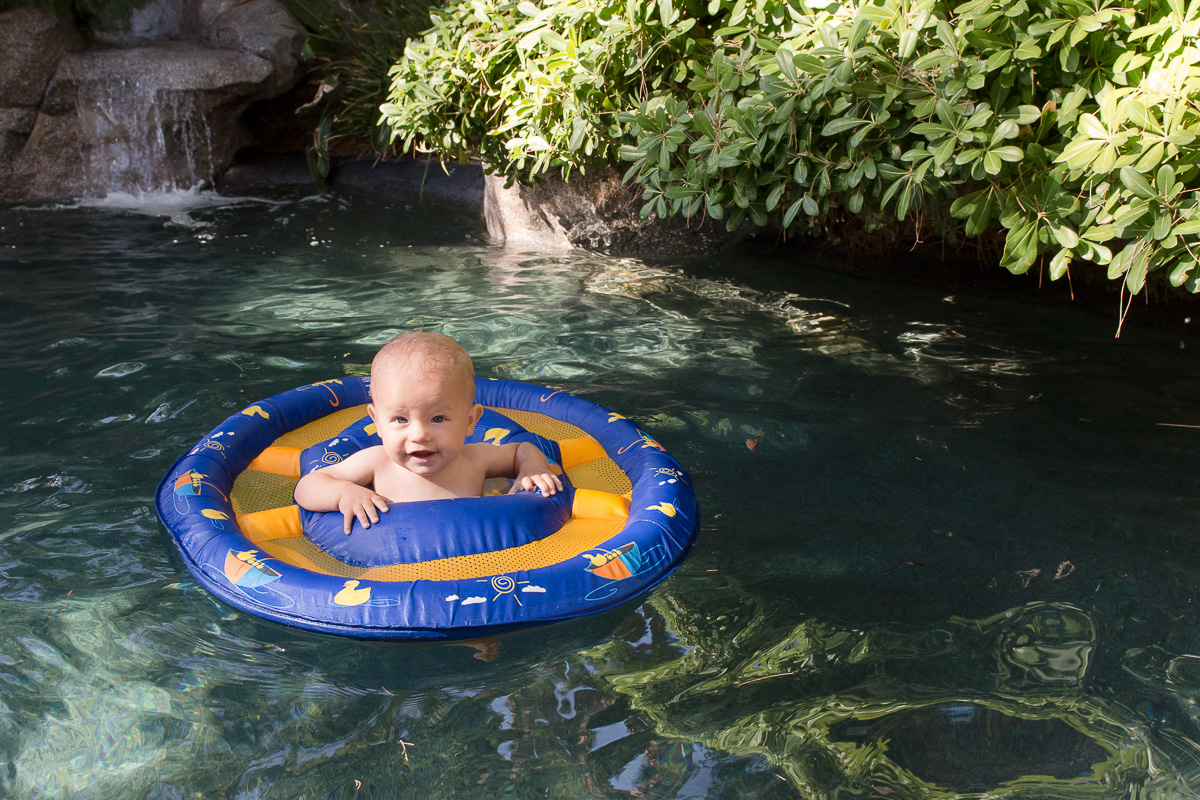 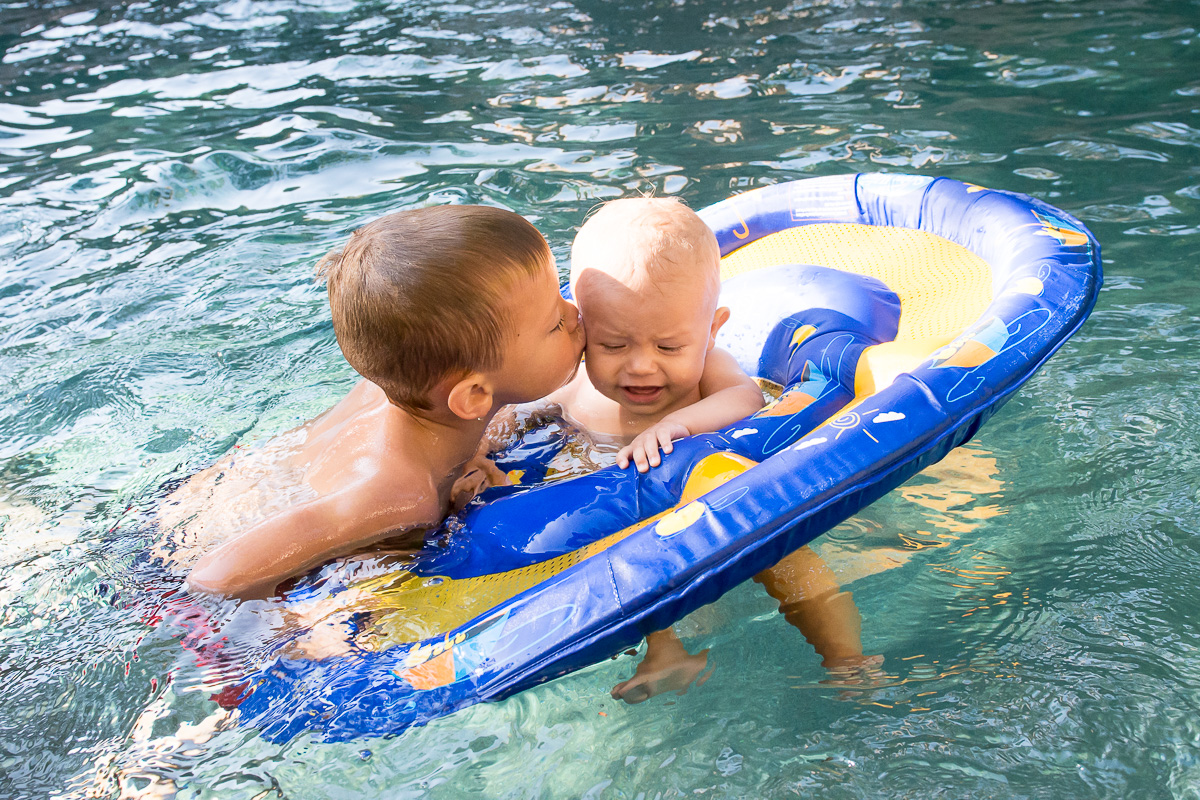 With 13 kids and 6 adults, it rounded out to be quite the party. 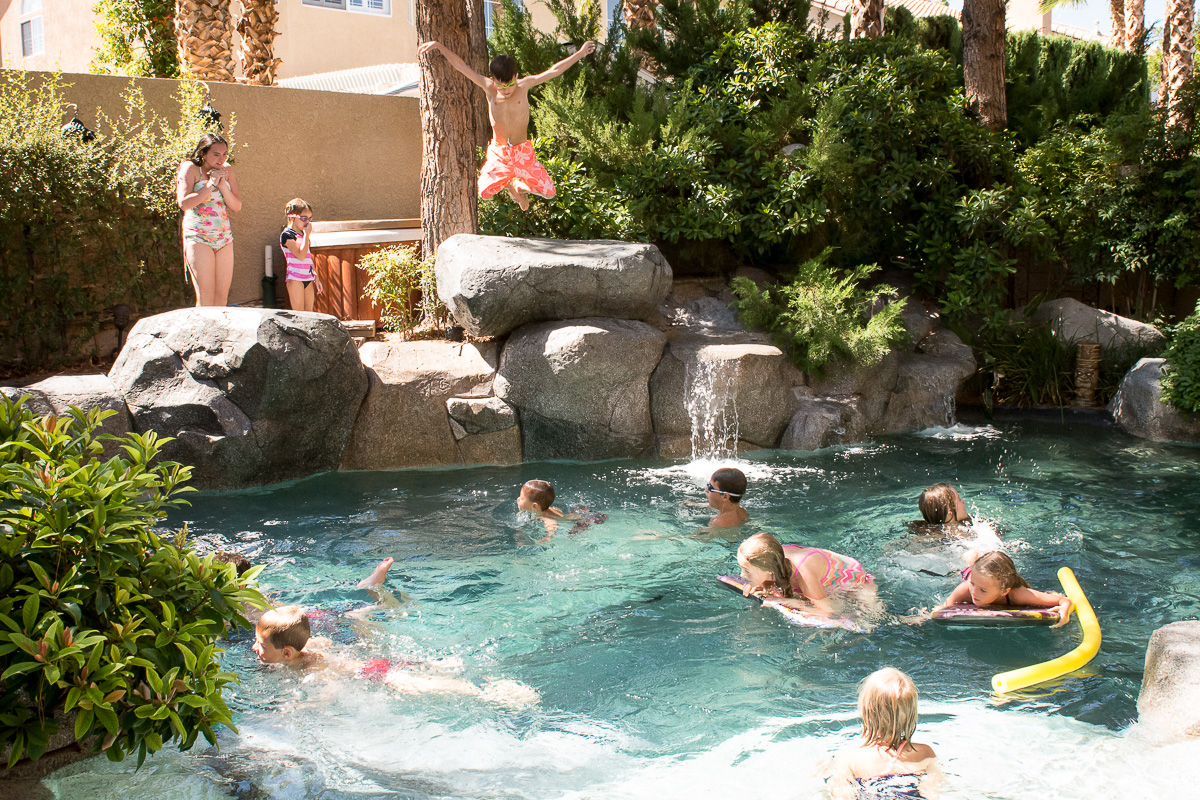 Crew didn’t want to touch the water with a ten-foot pole, but he did do a great impersonation of the Little Mermaid. 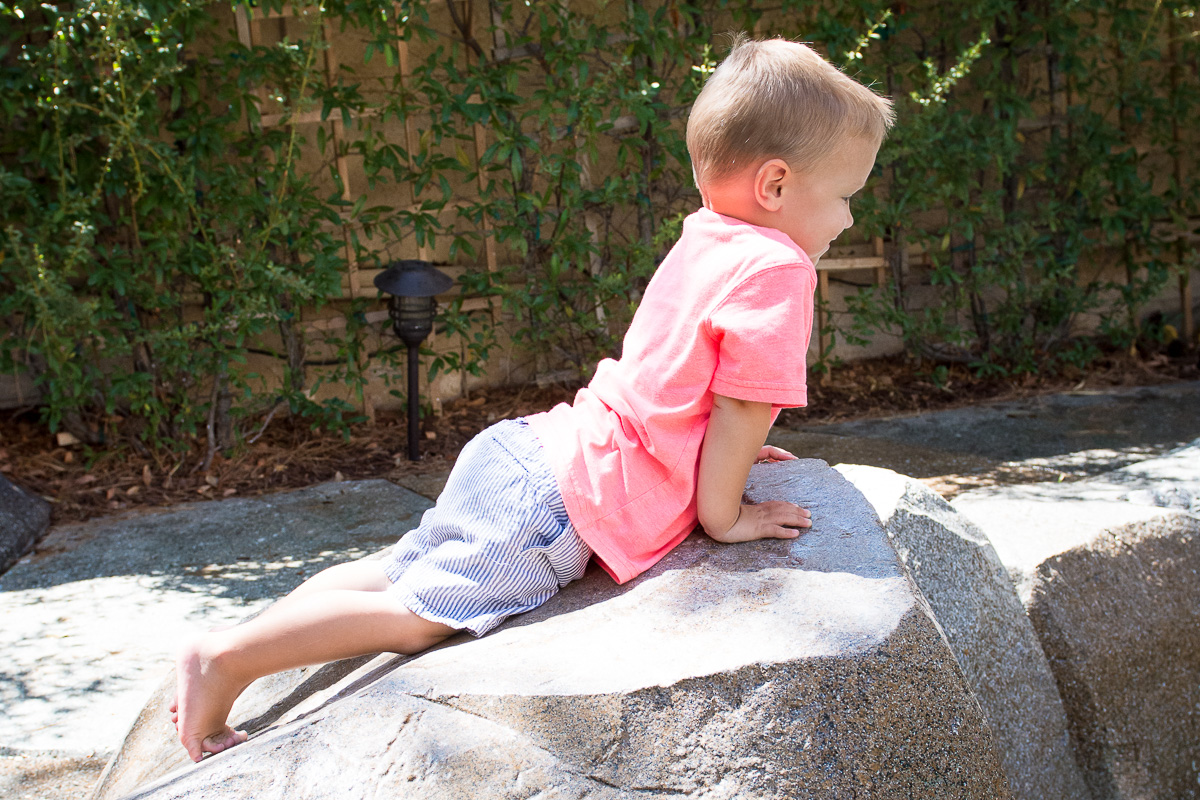 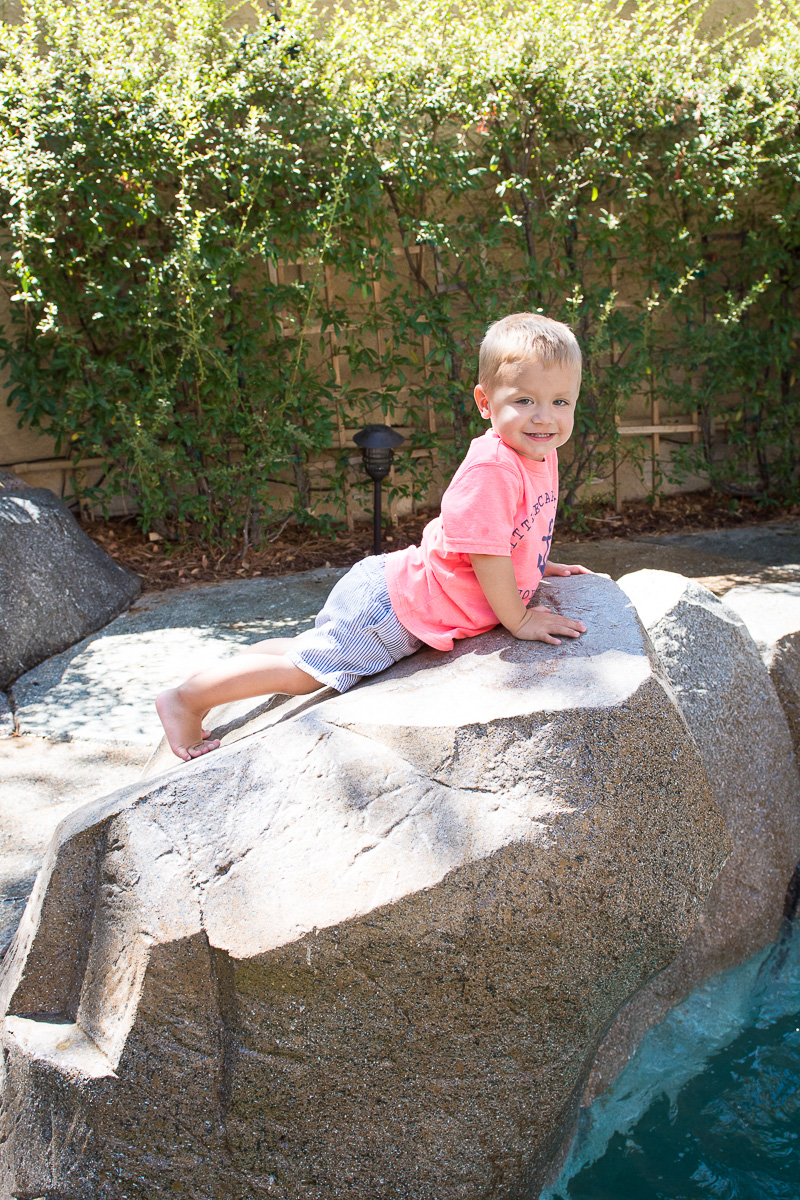 Nash and Liam were inseparable the entire time, which is funny because they each have a buddy from the other family that is their same age. But somehow their love for LEGO bricks and lasers and shooting devices trumped any age gap and we could not pull them apart. 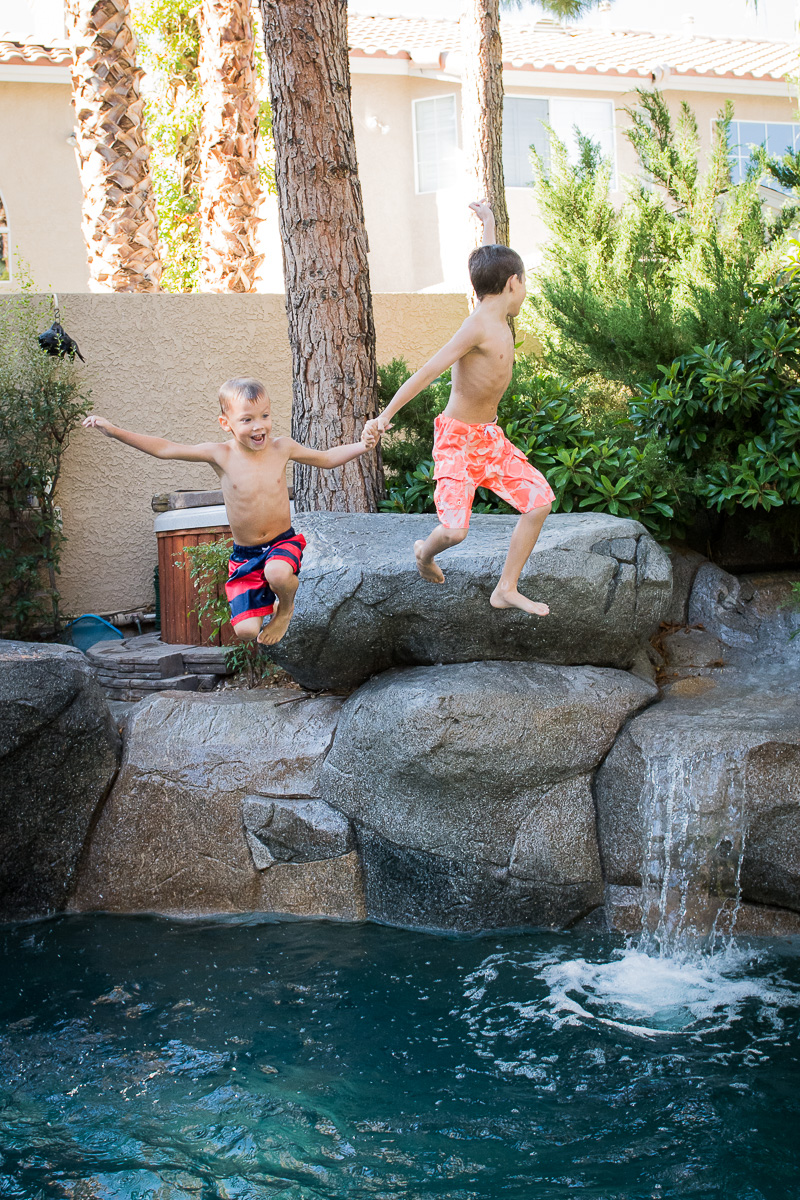 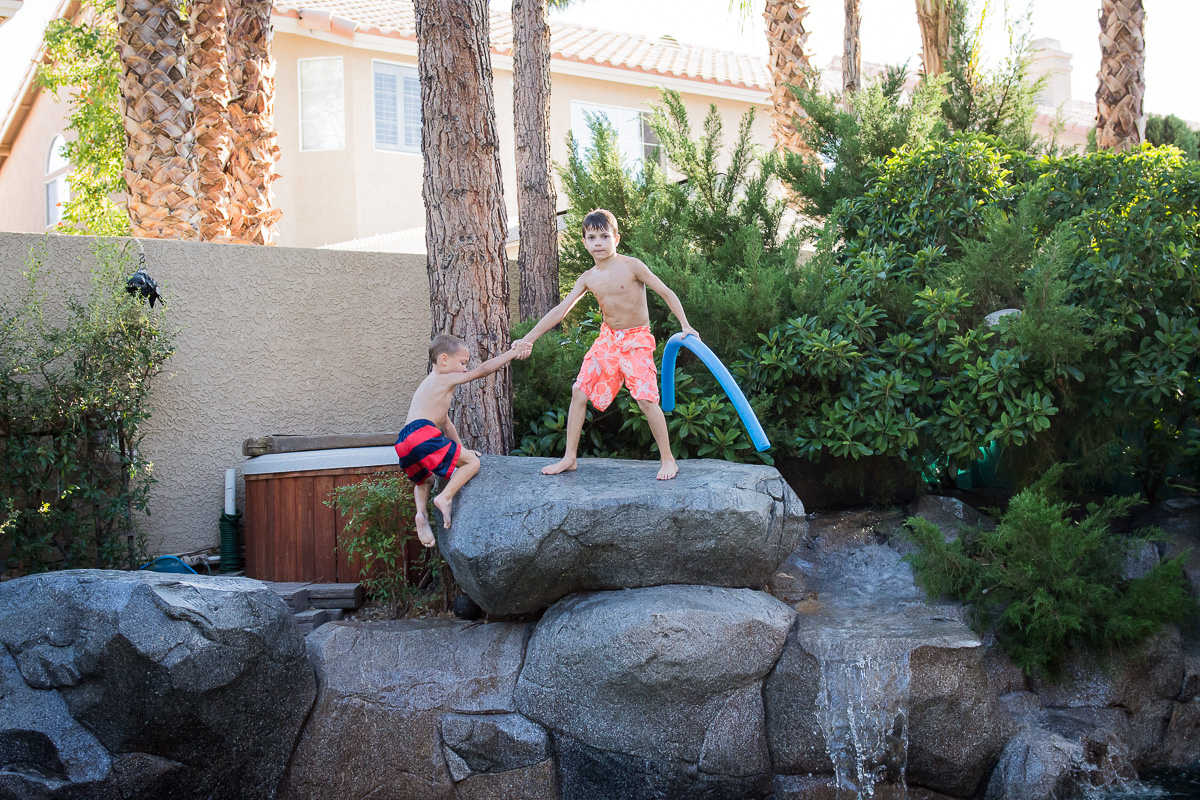 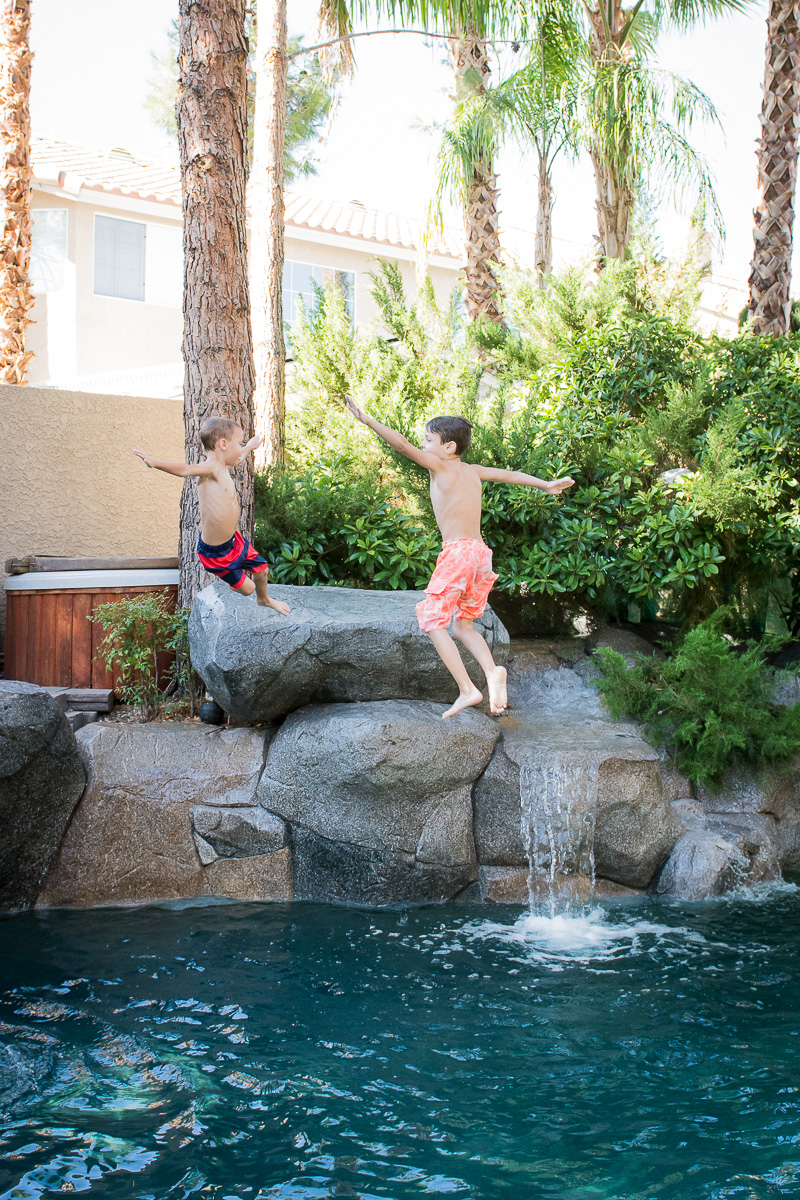 Sometimes Blake got in on the action. 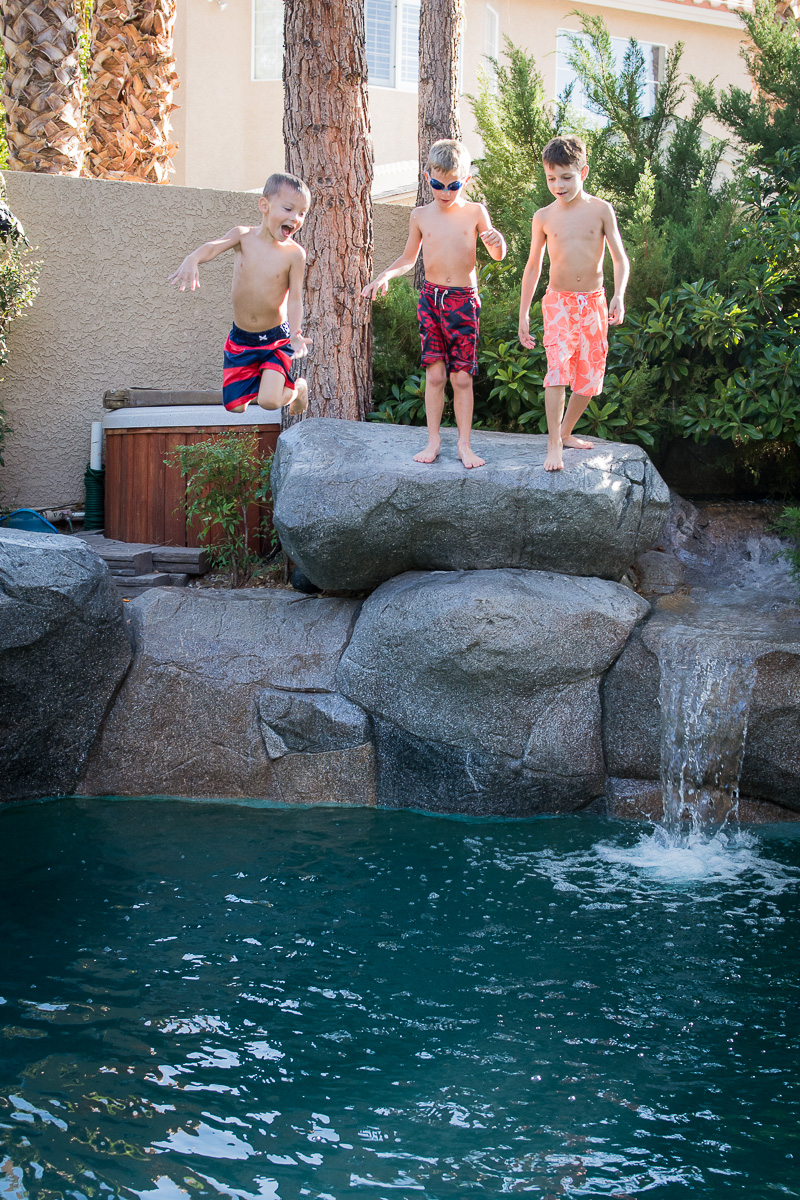 You snooze, you lose. 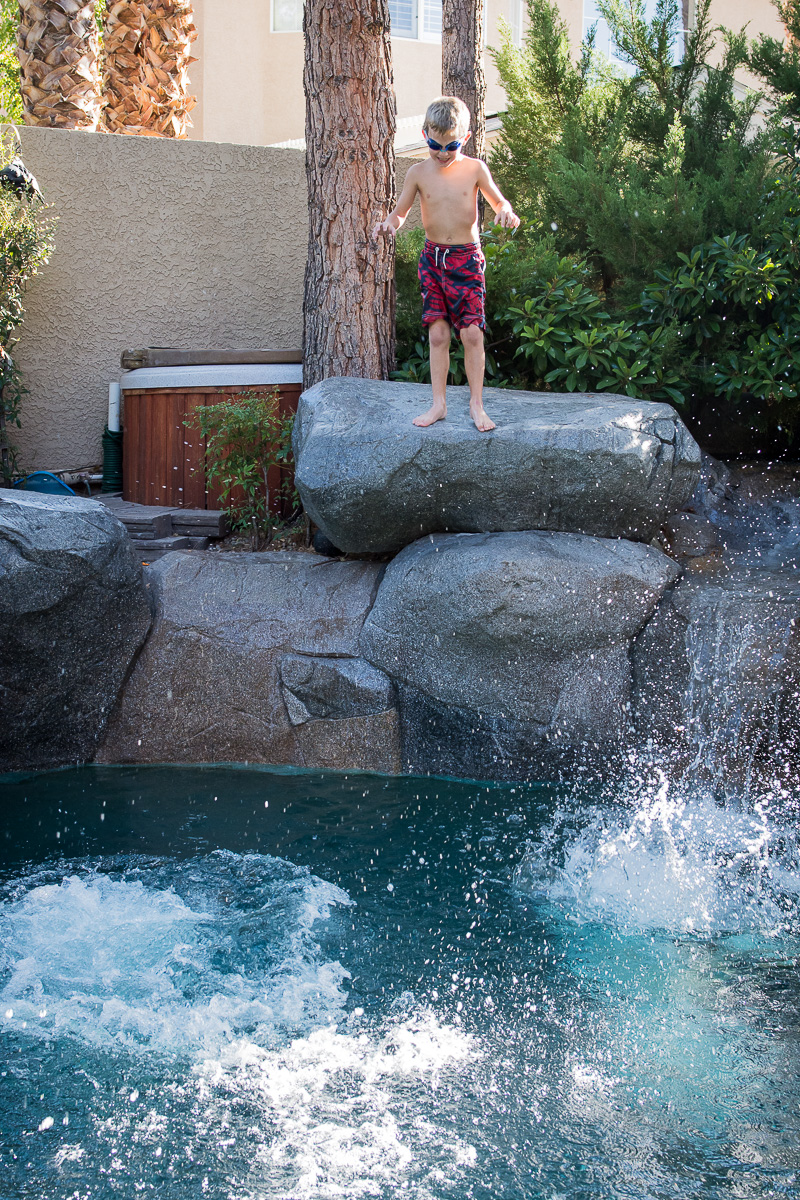 A routine quickly formed during our brief weekend stay. Swim, change, lay swimsuits and towels out to dry, repeat one hour later. 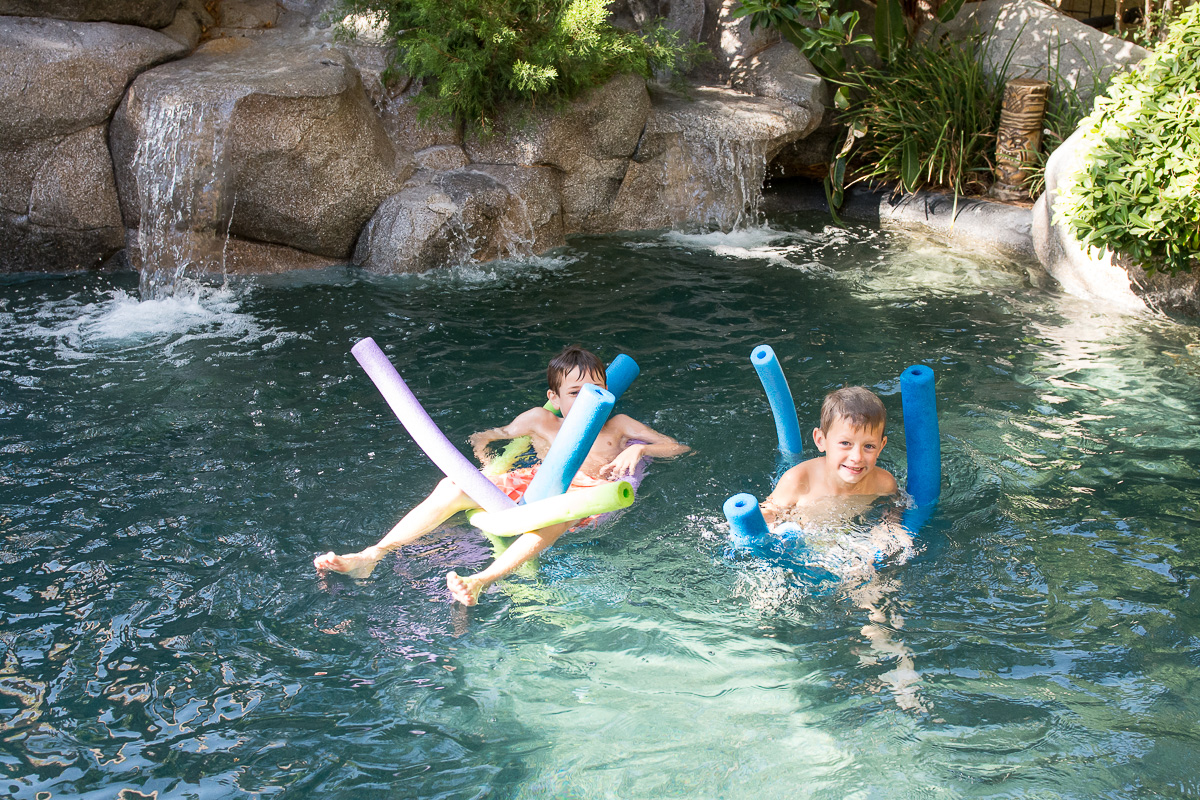 They changed in and out of swimsuits so many times I lost count. 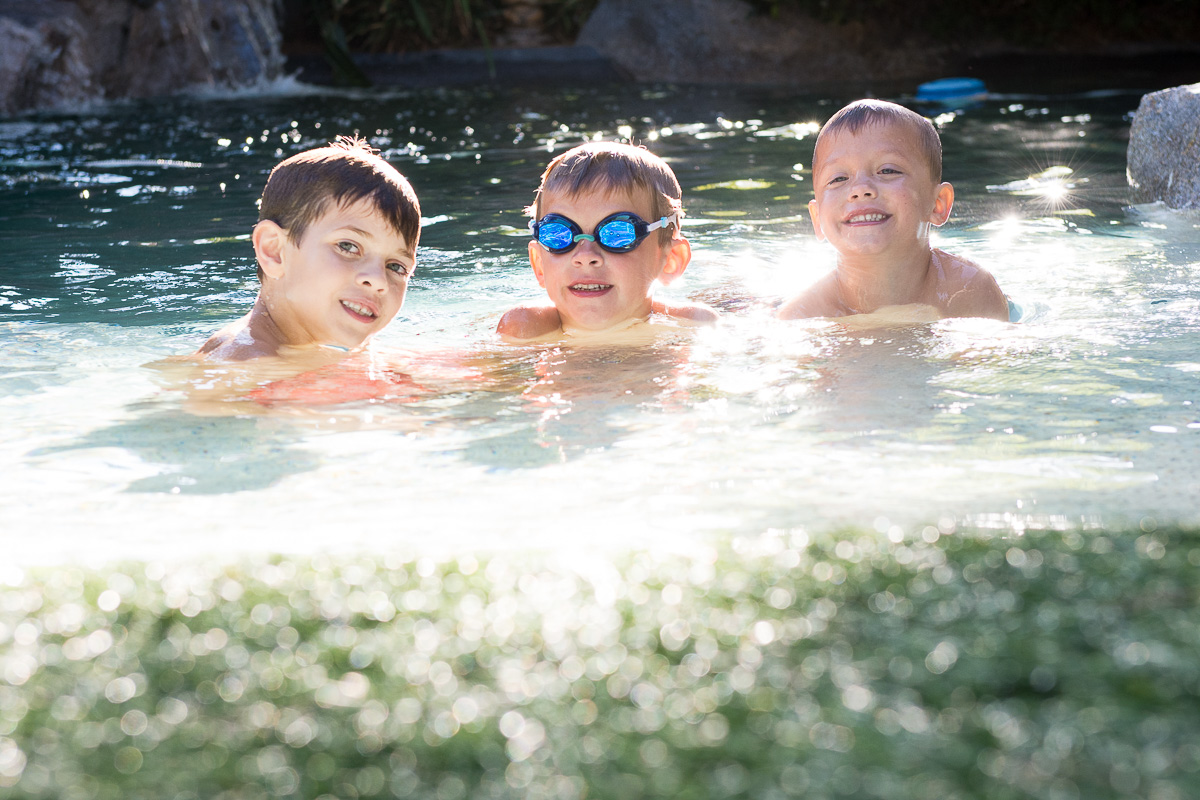 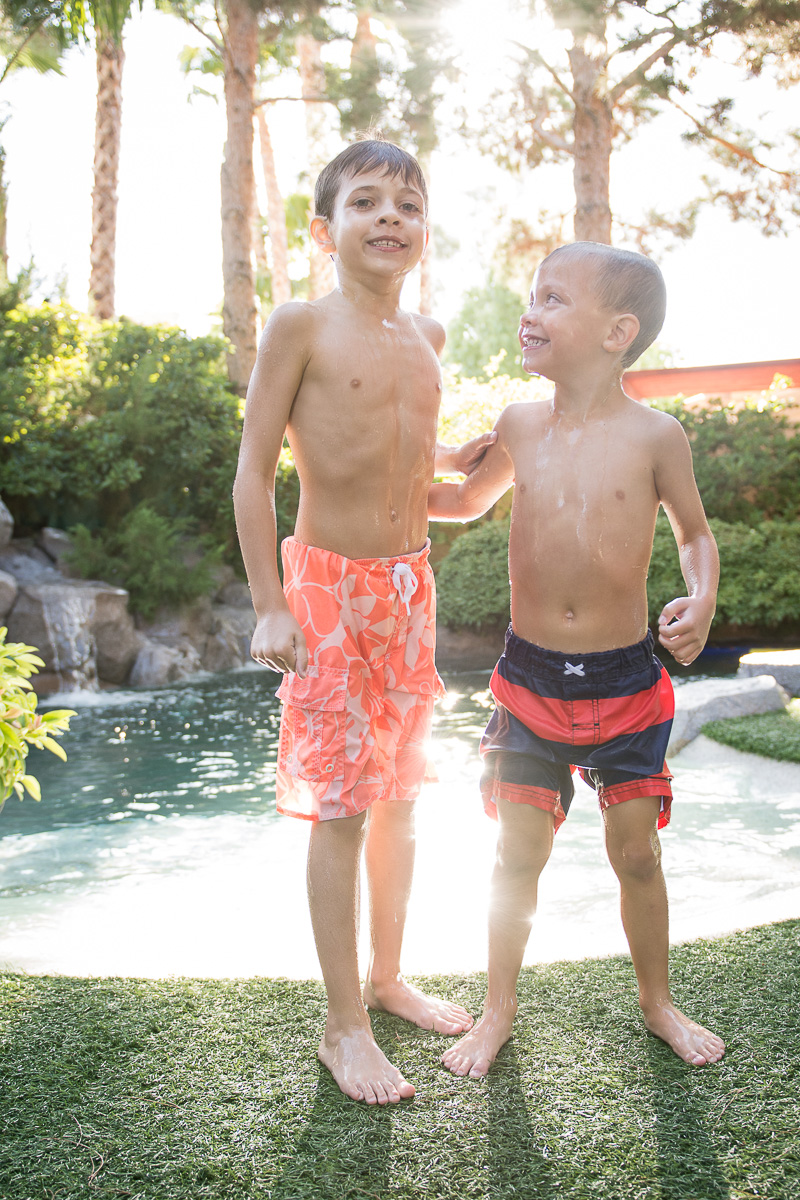 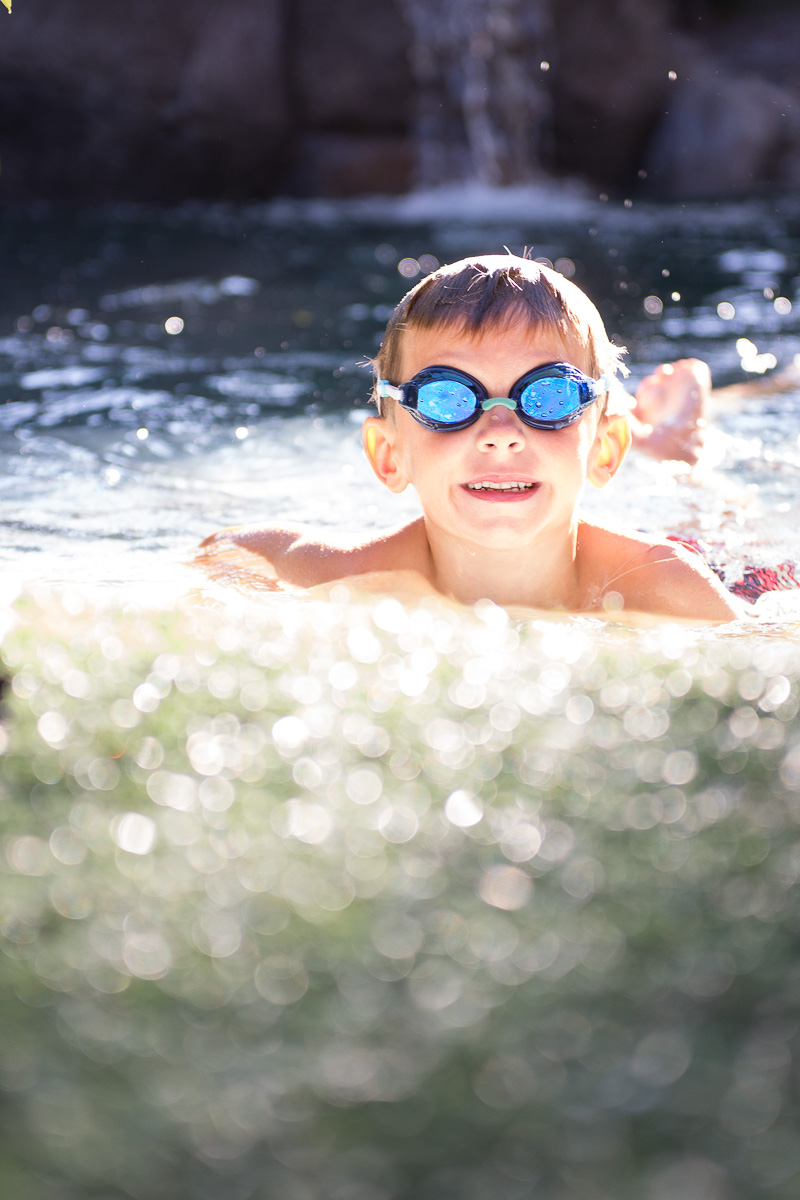 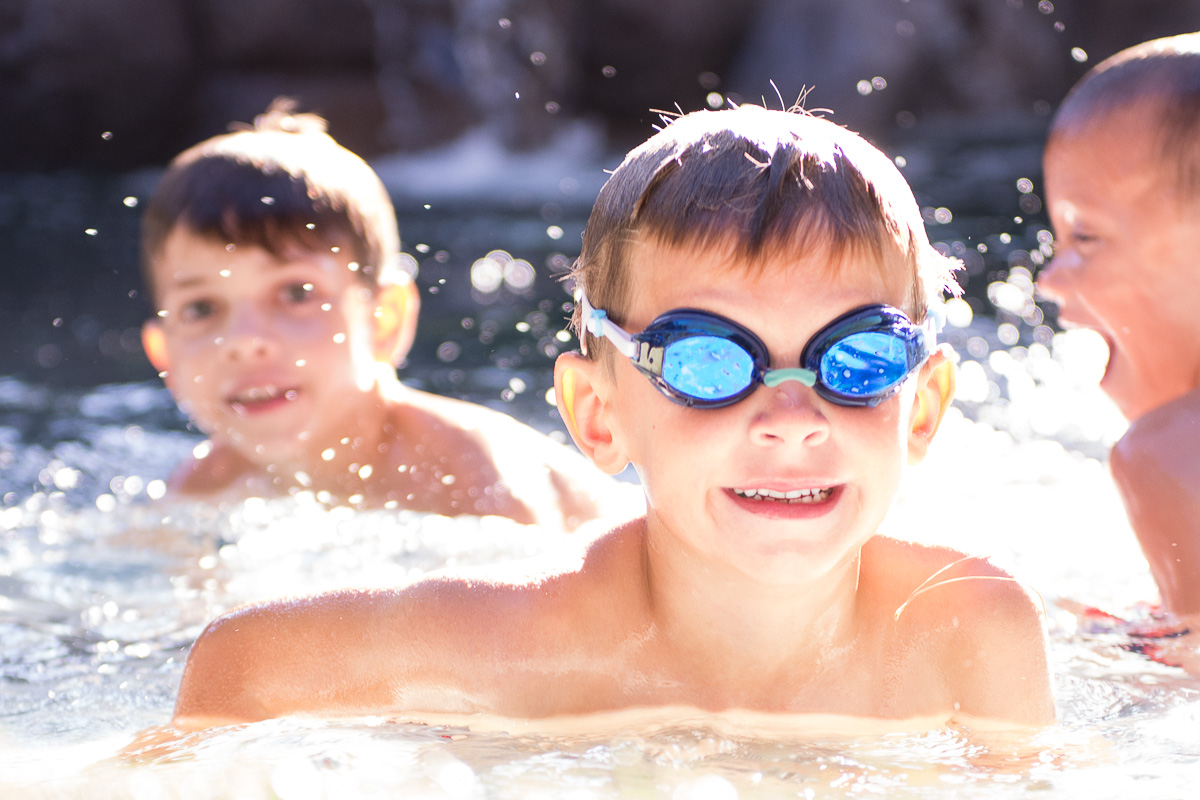 Somewhere around their fifth swim of the day, their eyes were so red and they looked so tired that I could not believe they wanted to jump in the water all over again. 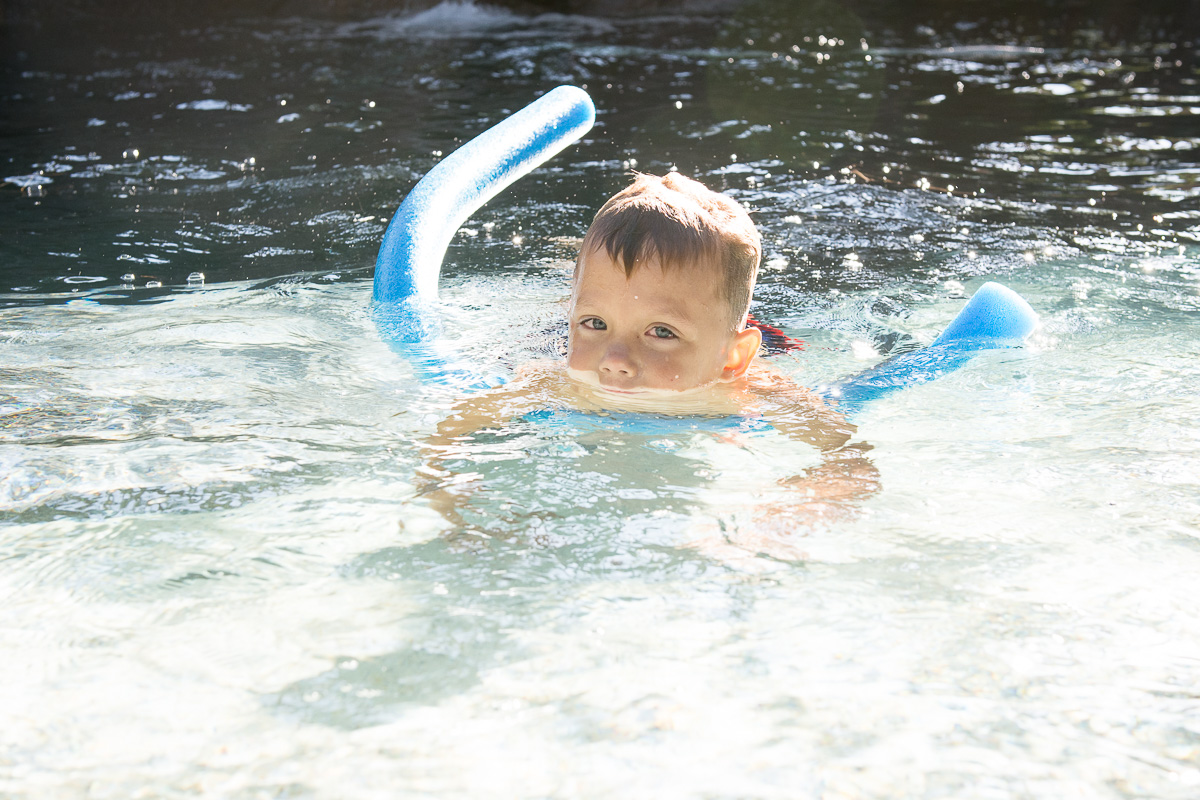 But they proved me wrong and jumped off the waterfall 20 more times, followed by just a smidgen of relaxation. 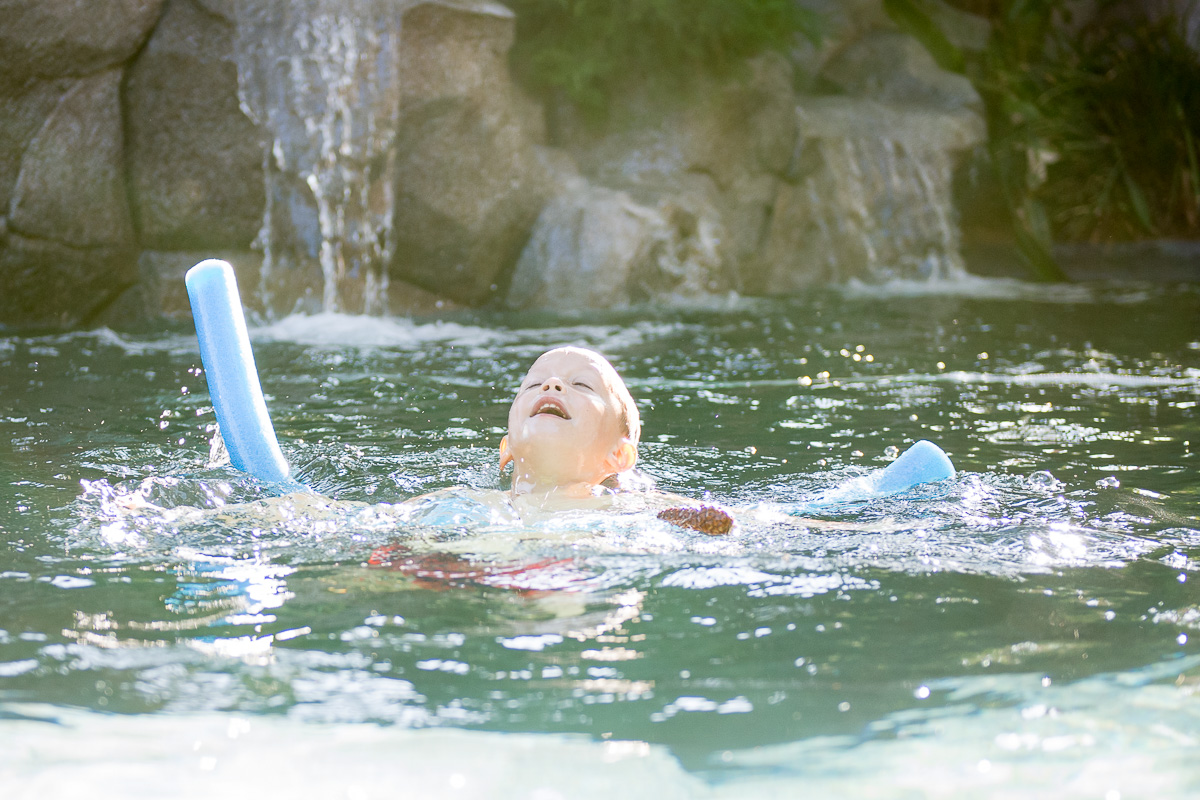 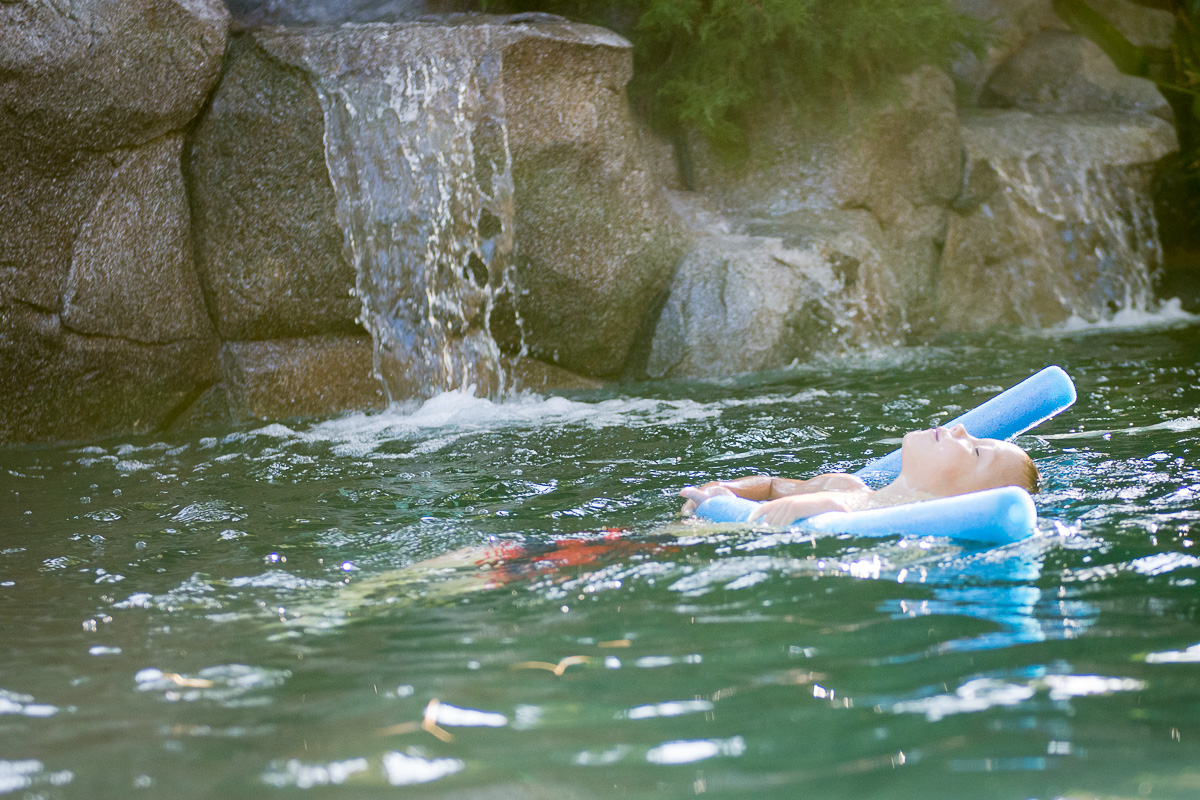 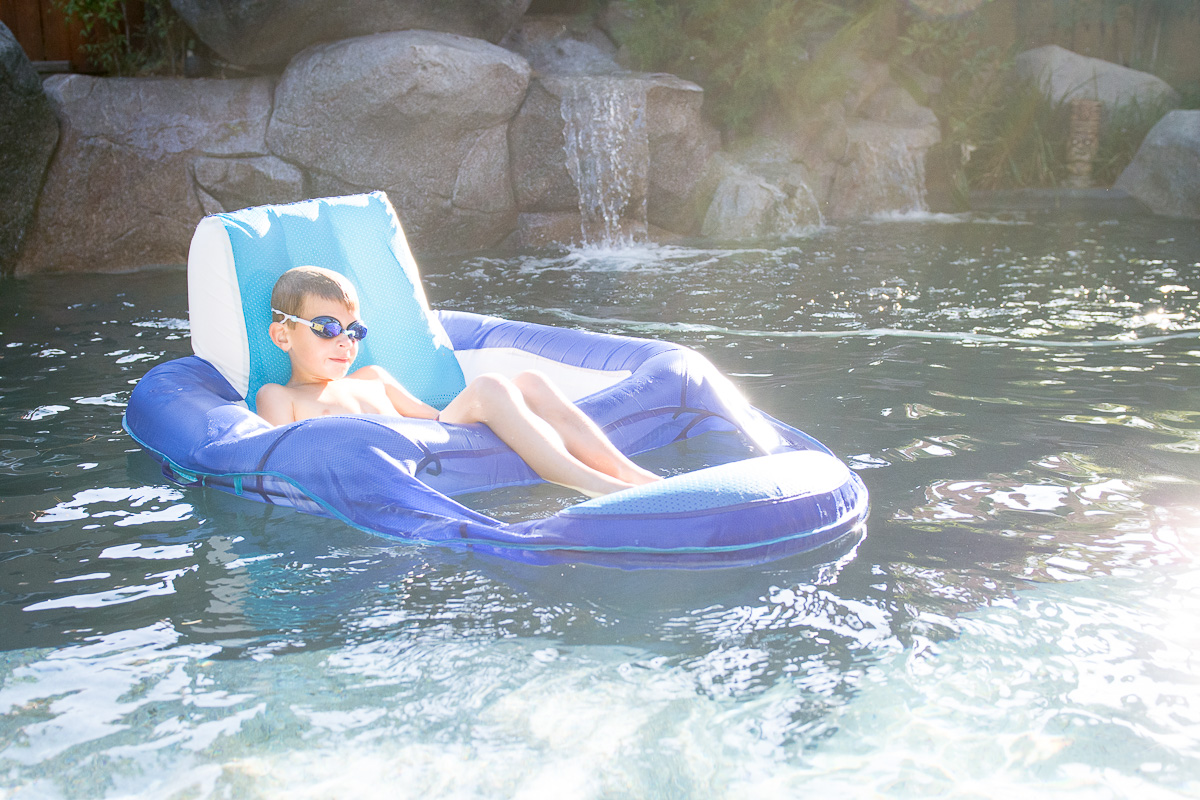 I didn’t mind being the late afternoon swim chaperone one bit when the most gorgeous light appeared through the trees and glimmered across the water. Finn was a little slow to warm up, but in the process he produced the cutest pout face I’ve ever seen. 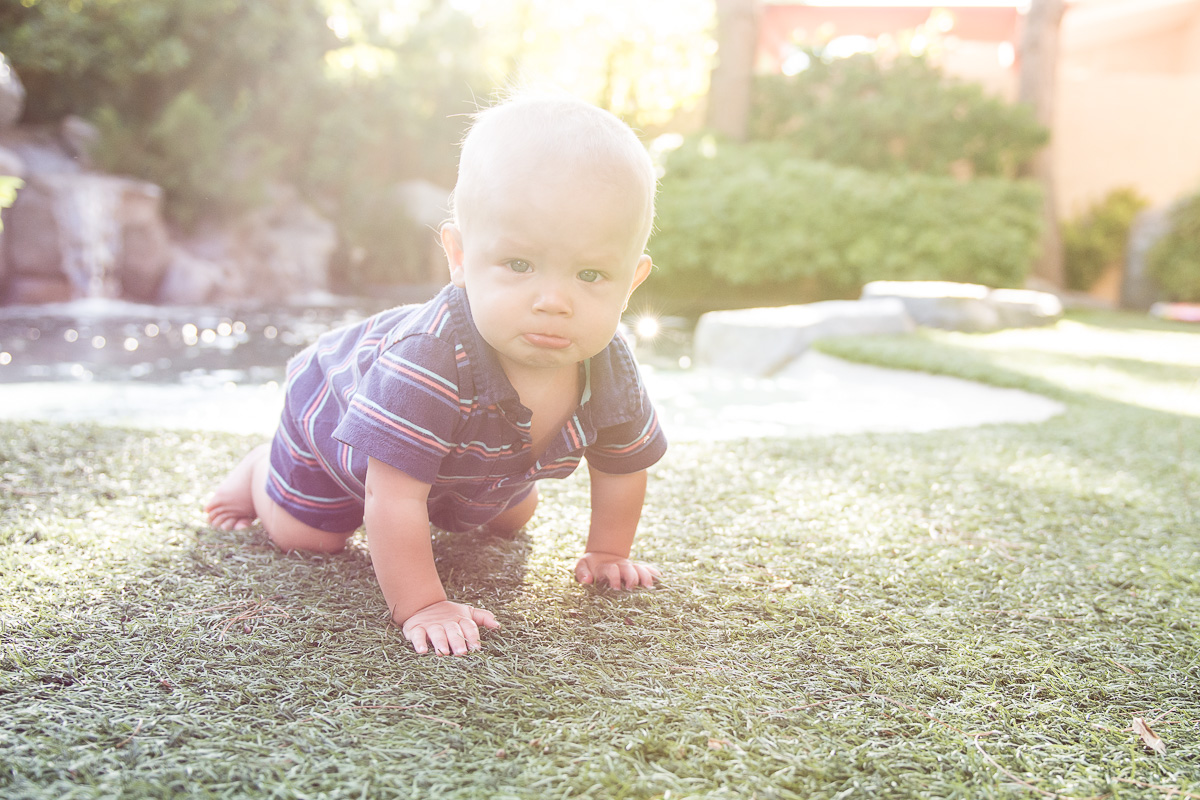 All he needed were some pool rings to play with and he was all smiles. And I just couldn’t narrow these down any more. 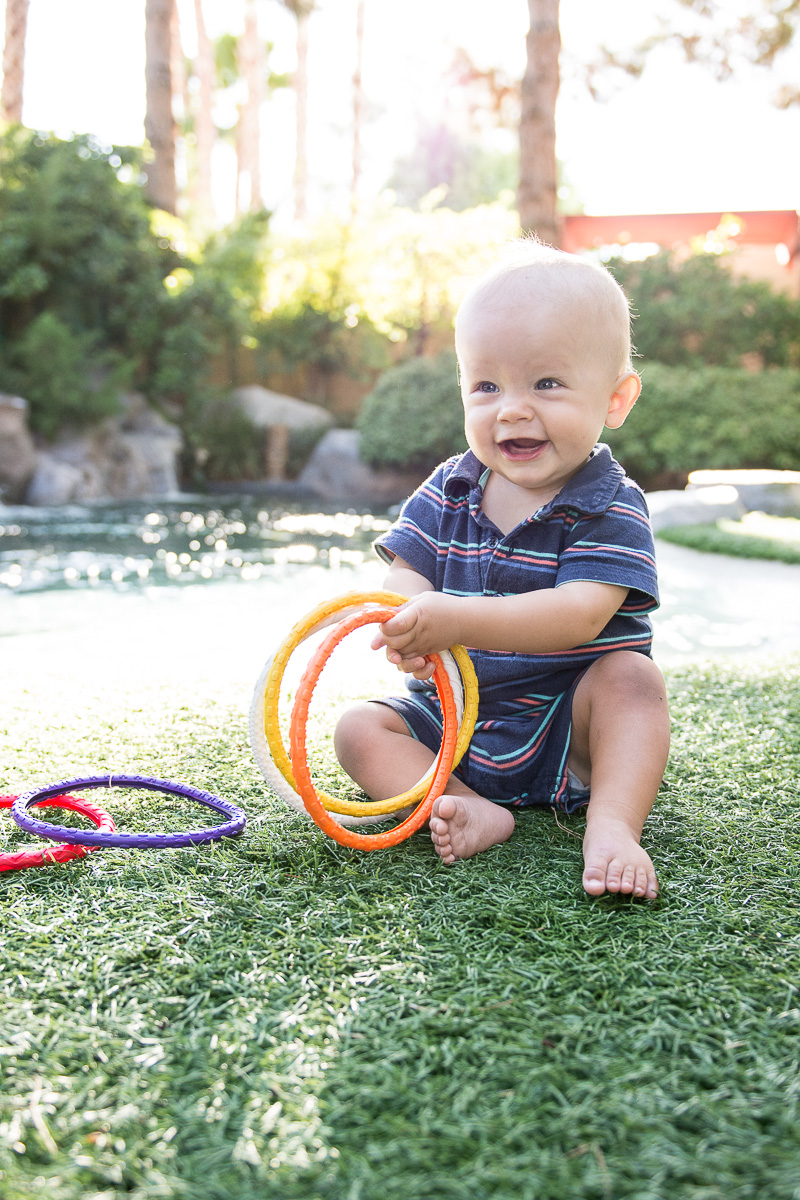 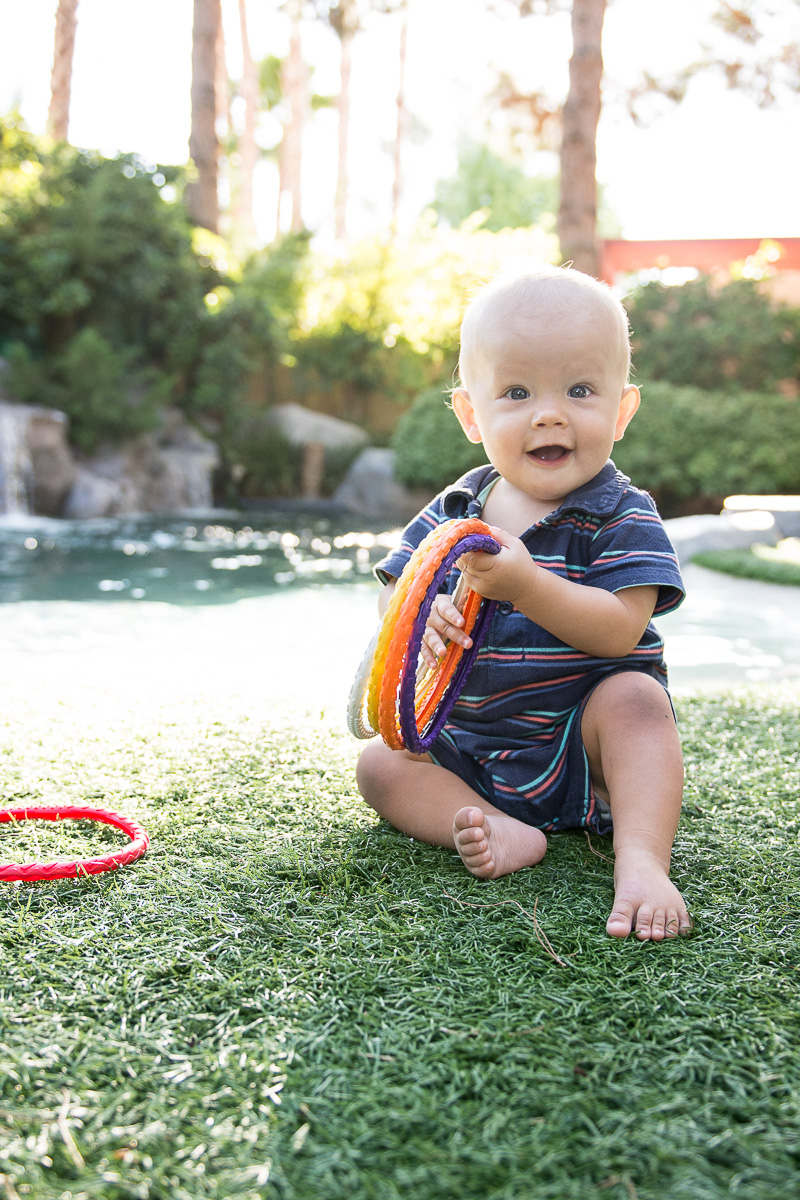 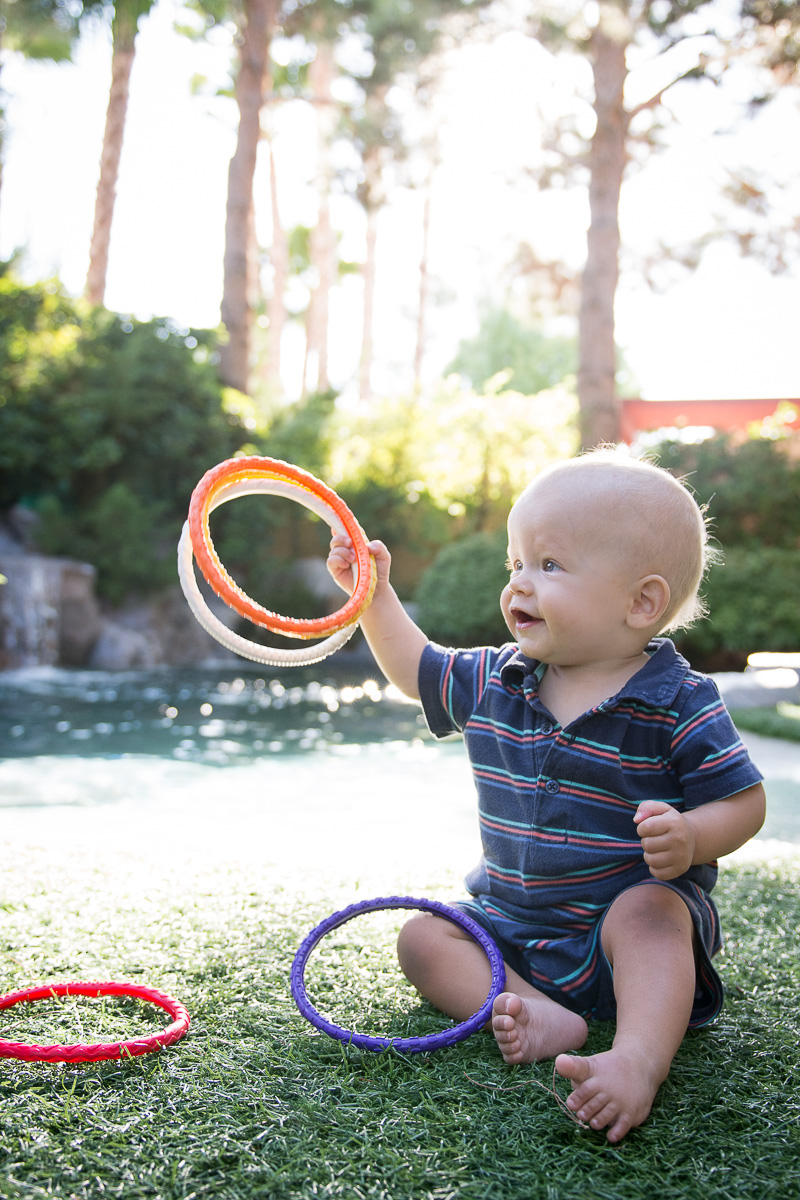 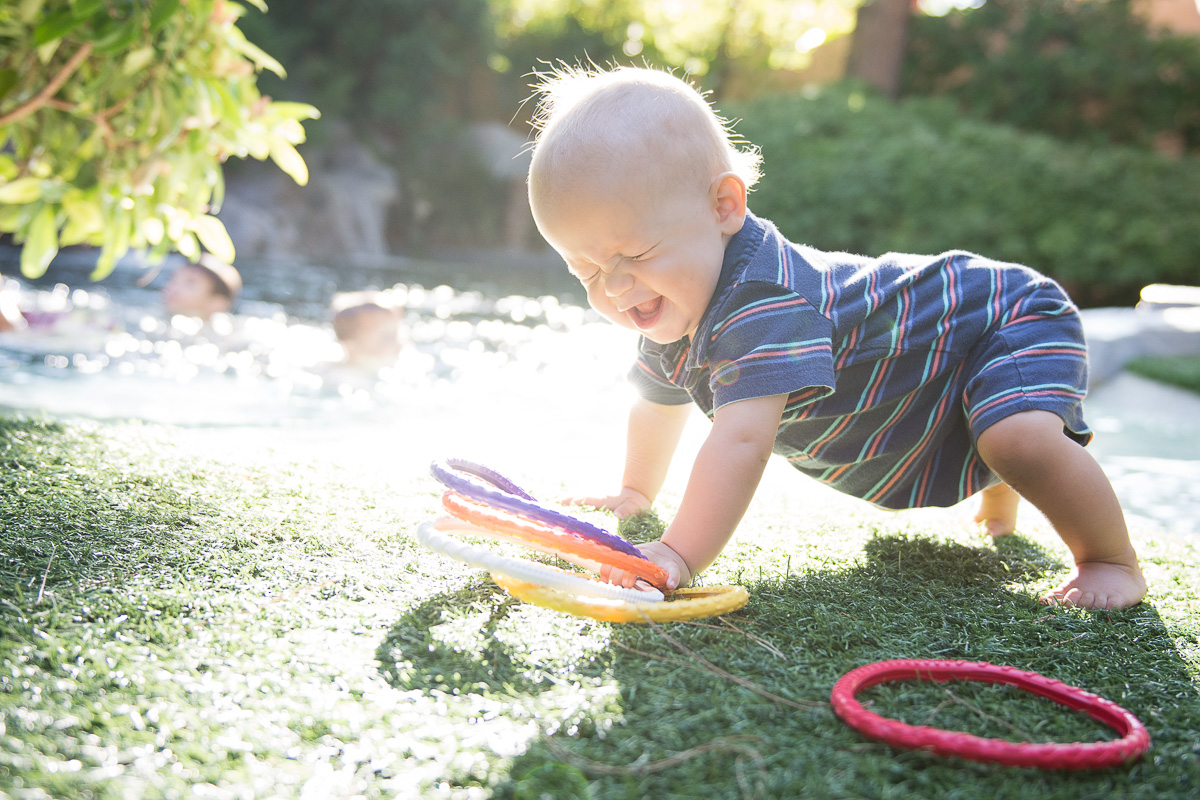 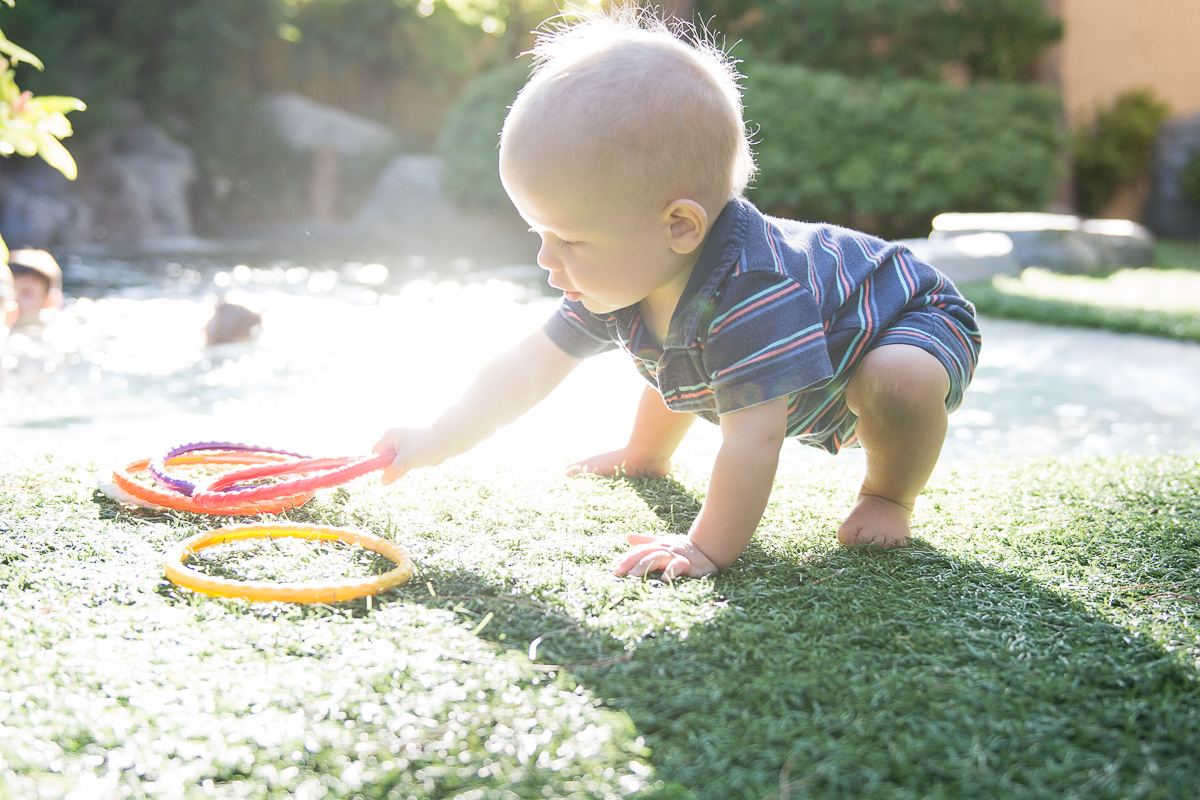 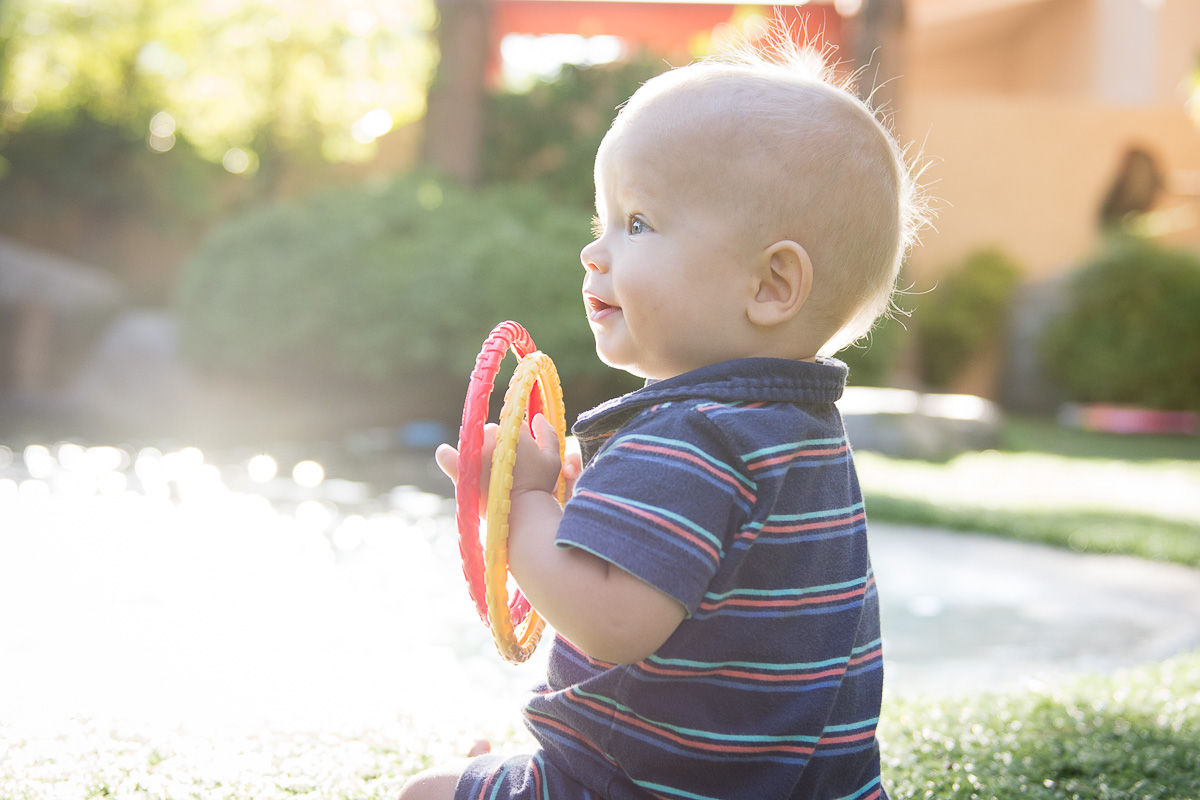 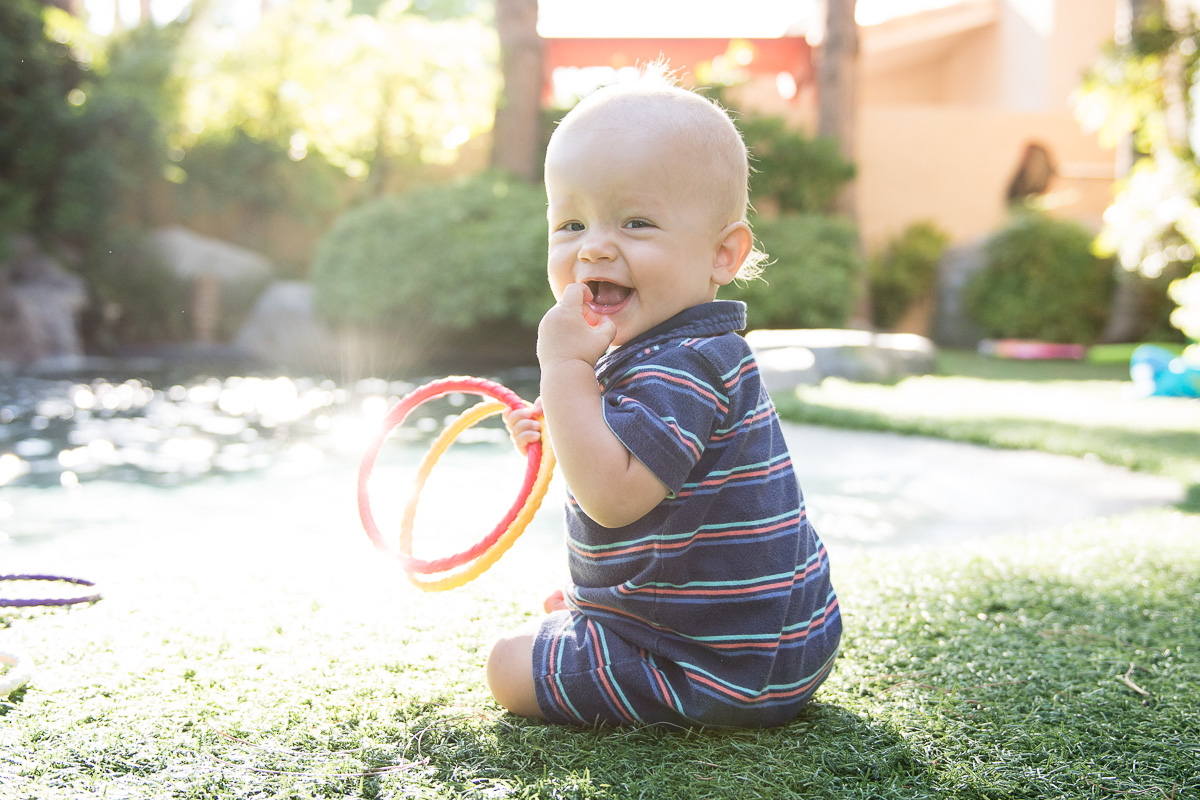 As much as we love our access to various pools, there sure is something about having one in your own backyard. That water certainly did not go to waste over the weekend.