Skip to content
This summer was filled to the brim with beach days and pool days and outings with lots of new friends. We’ve lived in California just over six months now and it hasn’t been too difficult to acclimate.
I usually write a summer wrap-up post with straggling pictures from my phone, but I ended up capturing quite a bit on my phone this year because adding my big camera to my already overflowing beach bag and four children in tow just wasn’t feasible.
I’ve been putting a conscience effort into living in the moment instead of hiding behind my camera lens when I’m with my family. But I still have this incessant need to document our lives. For those moments that I don’t want to let slip by unremembered, I am grateful for my trusty phone camera, even if the photo quality is compromised.
According to my phone, our summer looked like this:

The neighbor girls have become our family. Their ages match up with Blake and Nash and they do everything together.

The game of “clear the turtle” was put into action early on during the summer and lasted several weeks until that poor turtle eventually deflated.

They stood in line and took turns trying to run and jump over the turtle and into the pool.

Endless entertainment, I tell you.

They loaded the wagon repeatedly and we alternated going to the pool, water park and beach.

The water park is just up the hill from where we live and it was definitely frequented.

We spent a lot of time at the splash pad next to the pool as well after the boys had swimming lessons.

The pool towels were constantly being washed and reused.

Our ward (church congregation) had a weekly beach day. It was a bit overwhelming for me to haul my entire crew across the hot sand with the beach bag, cooler, beach chairs, boogie boards, umbrella and baby in tow so I didn’t have the energy to go every week. But we did join in a few times and it was always worth it once we got there.

Blake organized some of the little ones into an under-the-umbrella club.

Blake loves to take on the role of entertaining preschoolers. On another occasion, he gave out rides on boogie boards and hauled the kids around the harbor. Those faces say it all.

I tried out paddle boarding in the Dana Point harbor. It was amazingly relaxing. I can’t wait to do it again.

Crew tried out a little yoga on the beach.

We hit up different parks.

Anything to tire those babies out.

The older boys spent many afternoons playing on our street while the babies napped.

In between the activities we had a lot of time at home which inevitably led to a lot of sibling rivalry. Blake was a different child when I stole him away for a bike ride to the library and a game of Clue.

One Sunday afternoon, the unthinkable happened. It rained. The boys were so excited to see those dark clouds and precipitation that they couldn’t help but run right into the rain after church.

Crew kept waiting for the water level to be high enough to boogie board. Much to his disappointment, the waves never came.

Since our Disneyland passes were blocked out all summer, we paid a visit to the next best thing; The LEGO Store in Downtown Disney.

My cousin from Michigan was out here for a water polo tournament and helped the boys construct their racing cars.

We were so happy to be back in the park at the end of August after three months without Mickey Mouse.

We took Blake and Nash to an Angels Game. It’s a good thing they handed out XL t-shirts since we only had hats that represented our home teams.

Nash was nervous to go to his Kindergarten assessment until his teacher complimented his crab shirt. Then he was all smiles and stills asks to wear that shirt whenever it is clean.

Our town had summer concerts in the park every Friday night. For the boys, it was a chance to trade Pokémon cards with their friends.

Summer nights are the best.

Troy had the grand idea one Sunday afternoon to take a hike on the hills that line our town. Two miles of lots of uphill walking in the heat of the day produced a whole lot of complaining and “I am going to die!” expressions.

But we made it to the top and enjoyed the panoramic view.

I gave Troy tickets to a USC football game for his birthday. We joined in a tailgate with some of his co-workers on possibly the hottest, most humid day of the summer.

We considered that game to be USC’s “audition” for the team we root for, so we didn’t commit to the red t-shirts. We stood out just a tad.

We capped off the summer with a picnic and bike ride on the Newport Beach boardwalk.

I know what I’m asking Santa for this year. A mint beach cruiser with a little baby seat. I was over the moon about that darling bike I rented.

Finn didn’t mind it either. Especially when we took the ferry over to Balboa Island and grandpa shared his Balboa Bar with him.

It was a fun-filled summer full of what we love most; water, water and more water.

I would say that these memories wrap up our summer, but summer weather is still going strong. It is the first time in my whole life that I haven’t experienced a true fall, and so far, I don’t mind one bit. Bring on more flip flops and beach days. We were made to live in SoCal. 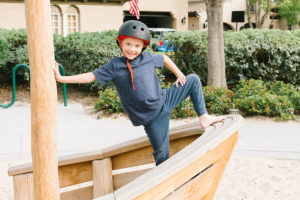 Spring According to My Phone 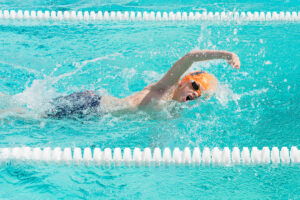