We’re almost halfway into November already but I’m going back in time for a moment to wrap up Halloween.Since Halloween was on a Saturday this year, we began the day where we begin most holiday weekends. 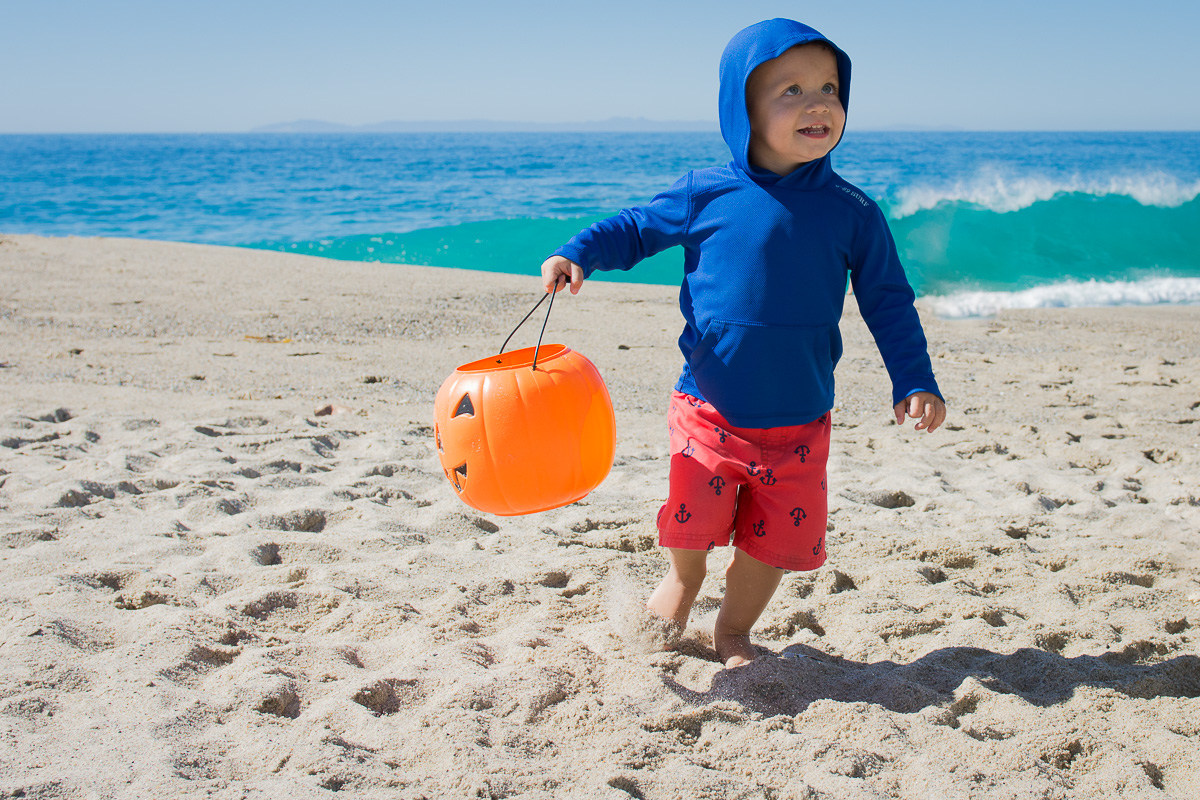 Crew insisted on bringing his trick-or-treat bucket, hoping it might be filled. 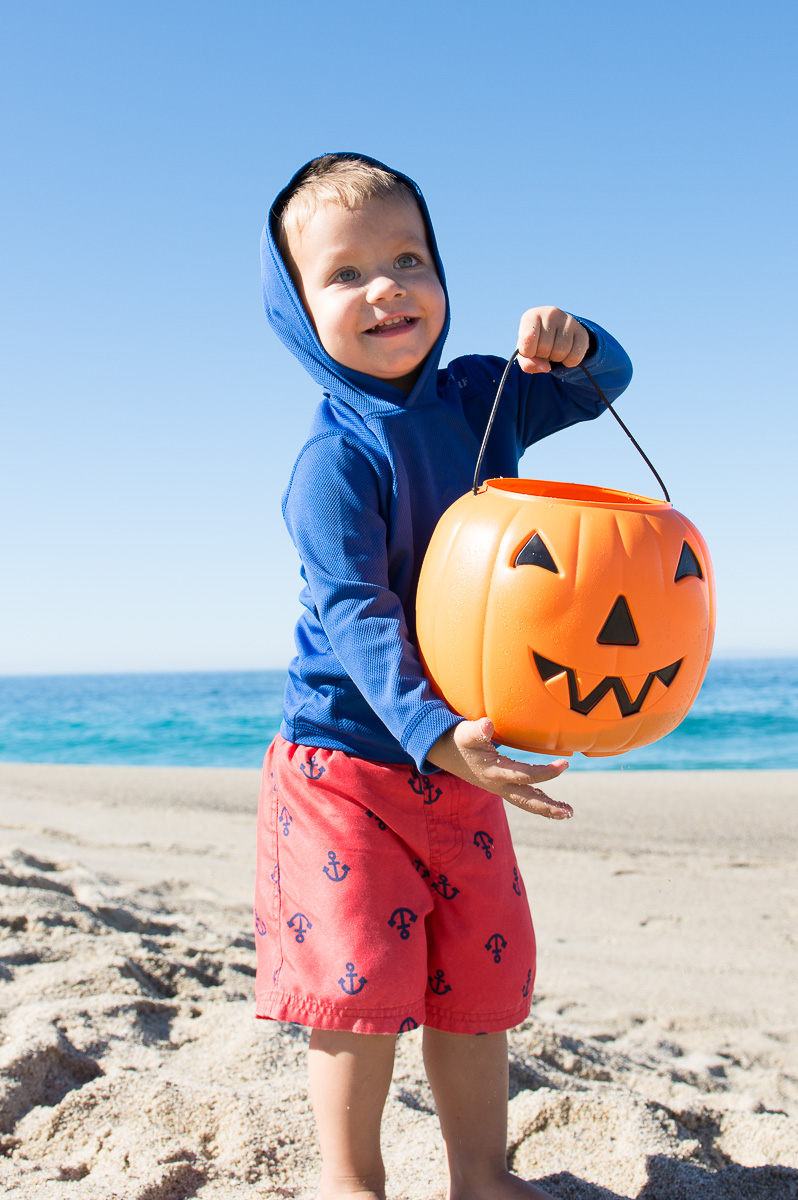 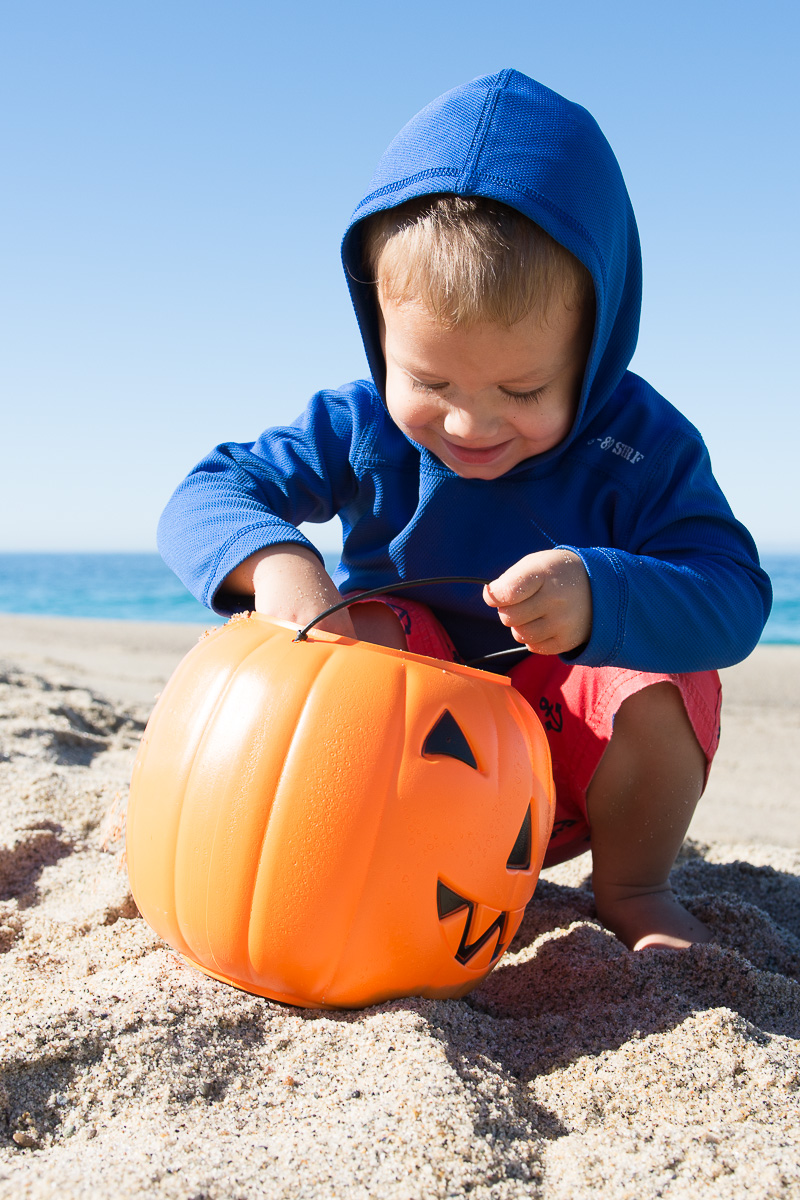 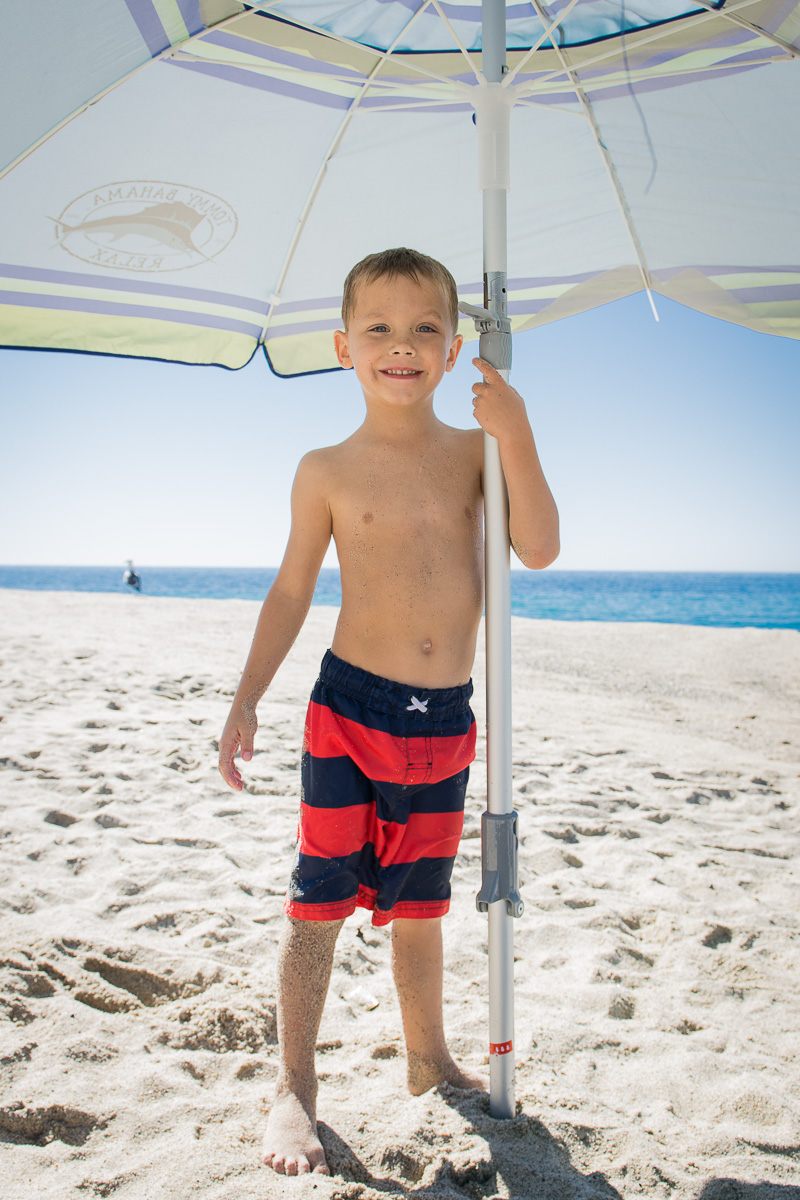 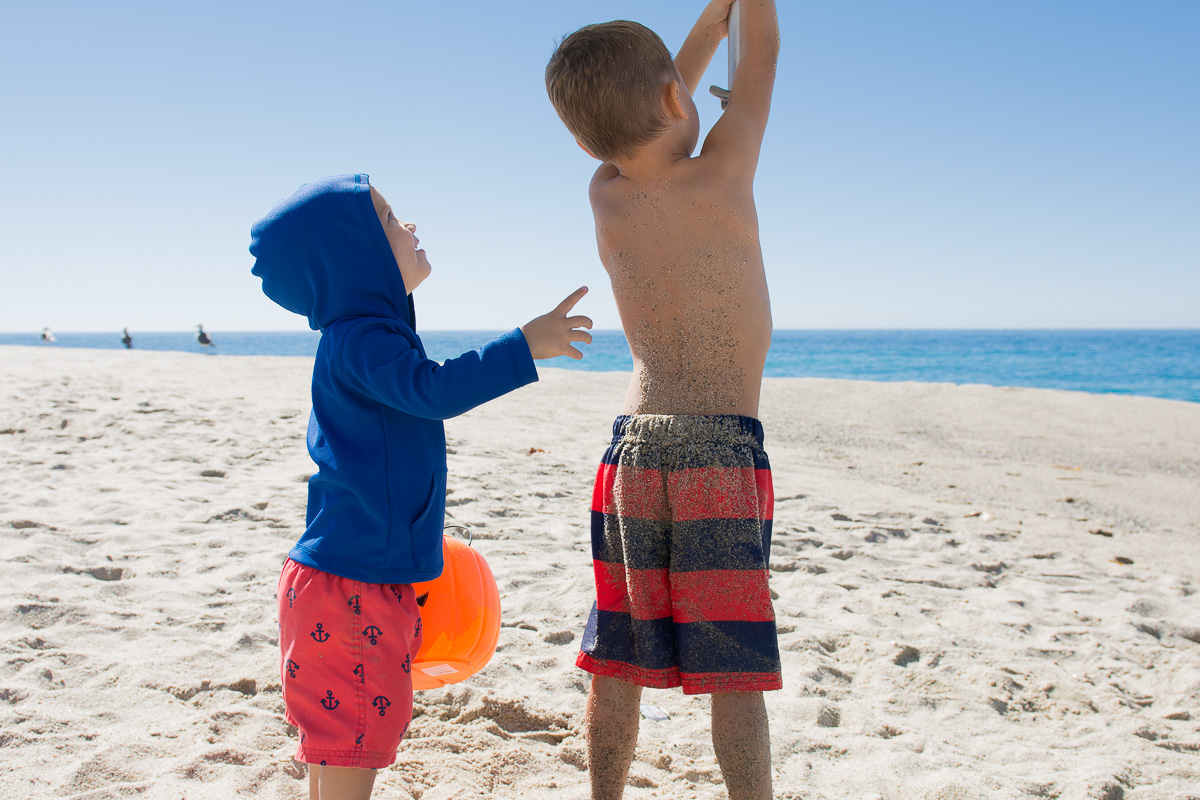 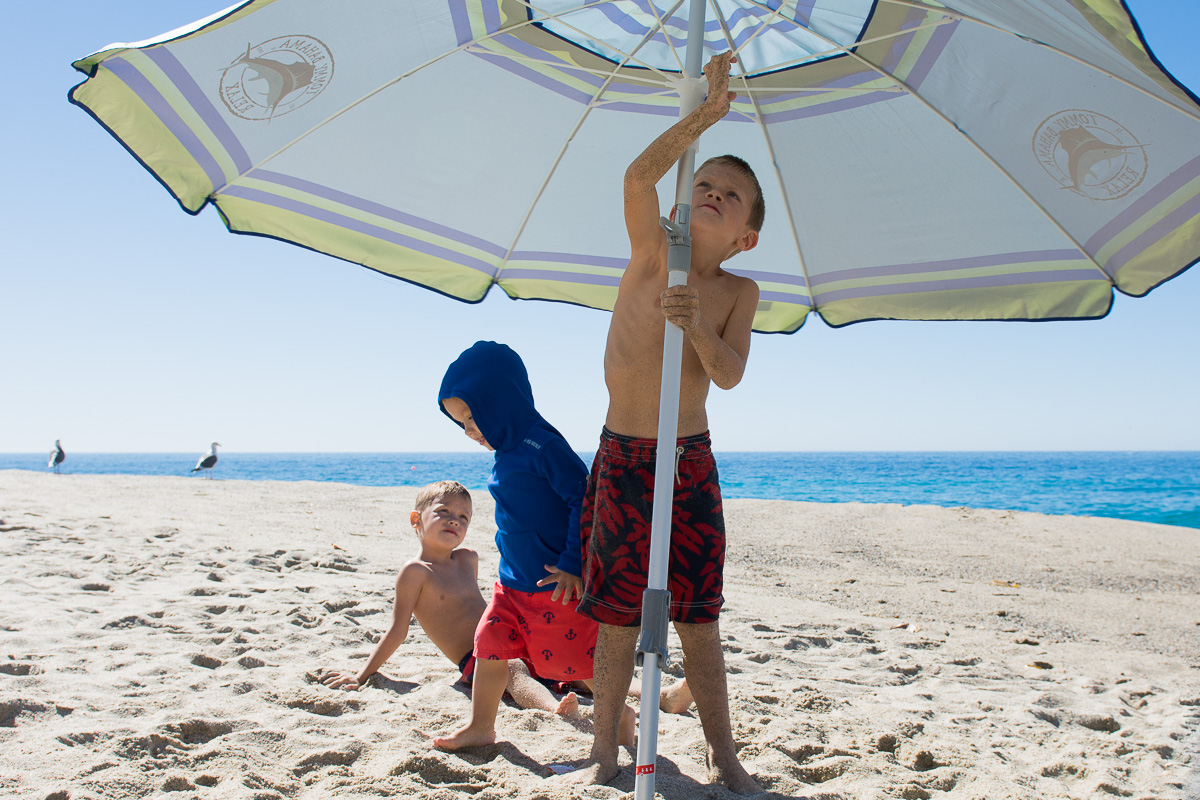 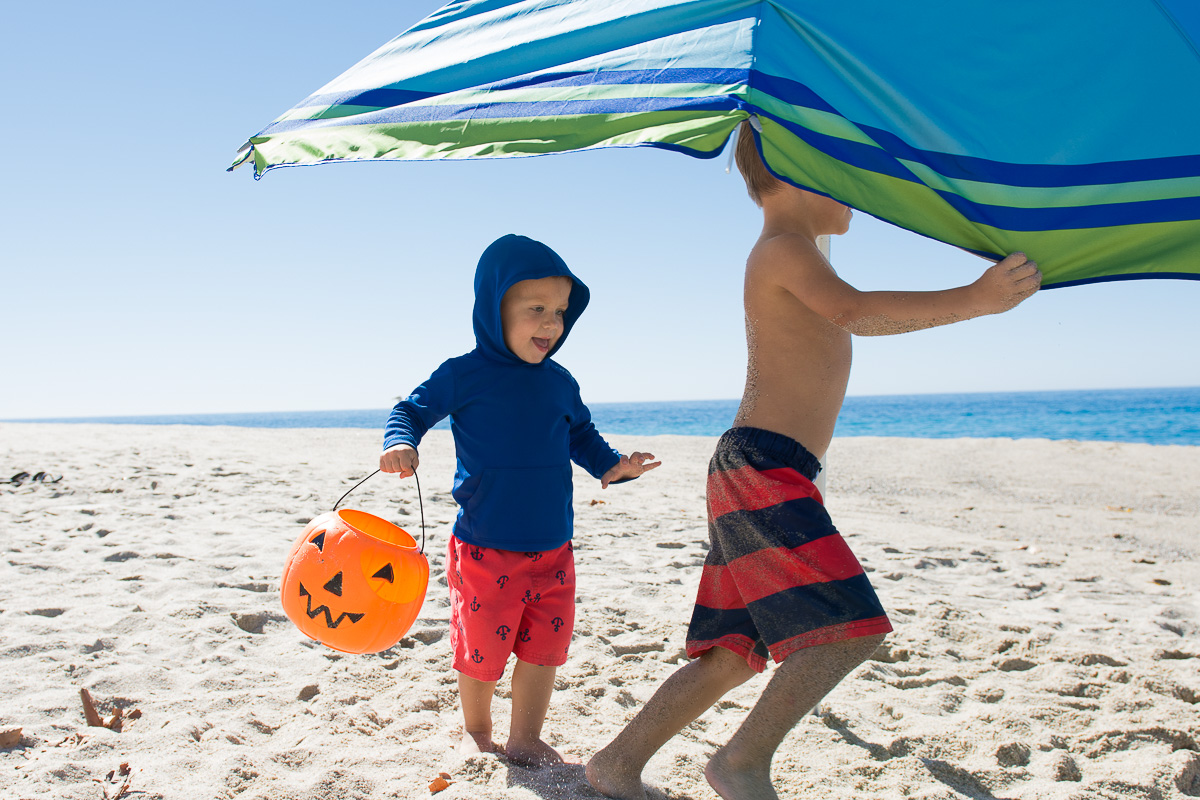 Crew was committed to the bucket, I’ll give him that. Sadly, only sand made its way in. No candy was to be found at the beach. 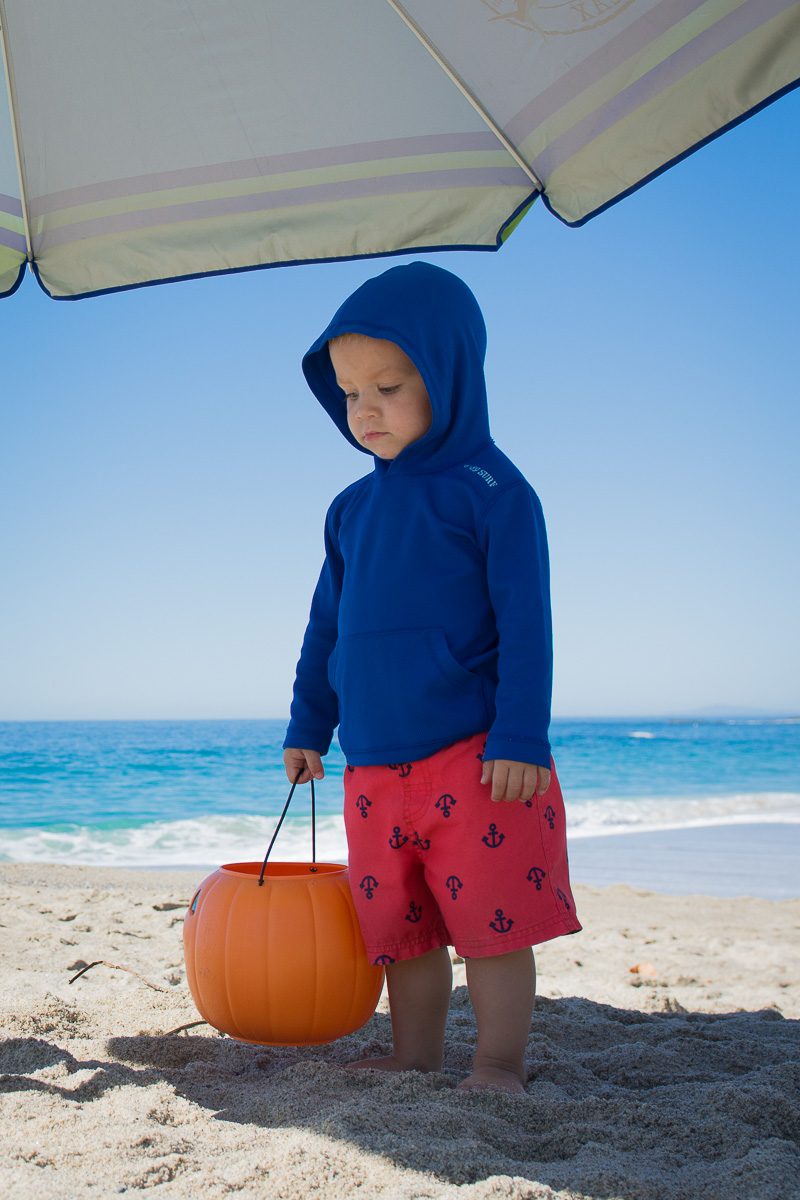 This year’s festivities were limited. I’m usually exhausted by the end of all of the school parties, work parties, church parties and neighborhood trick-or-treating. But this year was different. They don’t allow the kids to dress up at school here. They had “Dress Like a Superhero” day instead. And instead of costumes parades and Halloween parties, they designated a day for “fall activities.” Politically correct? Yes. Lame? Yes. 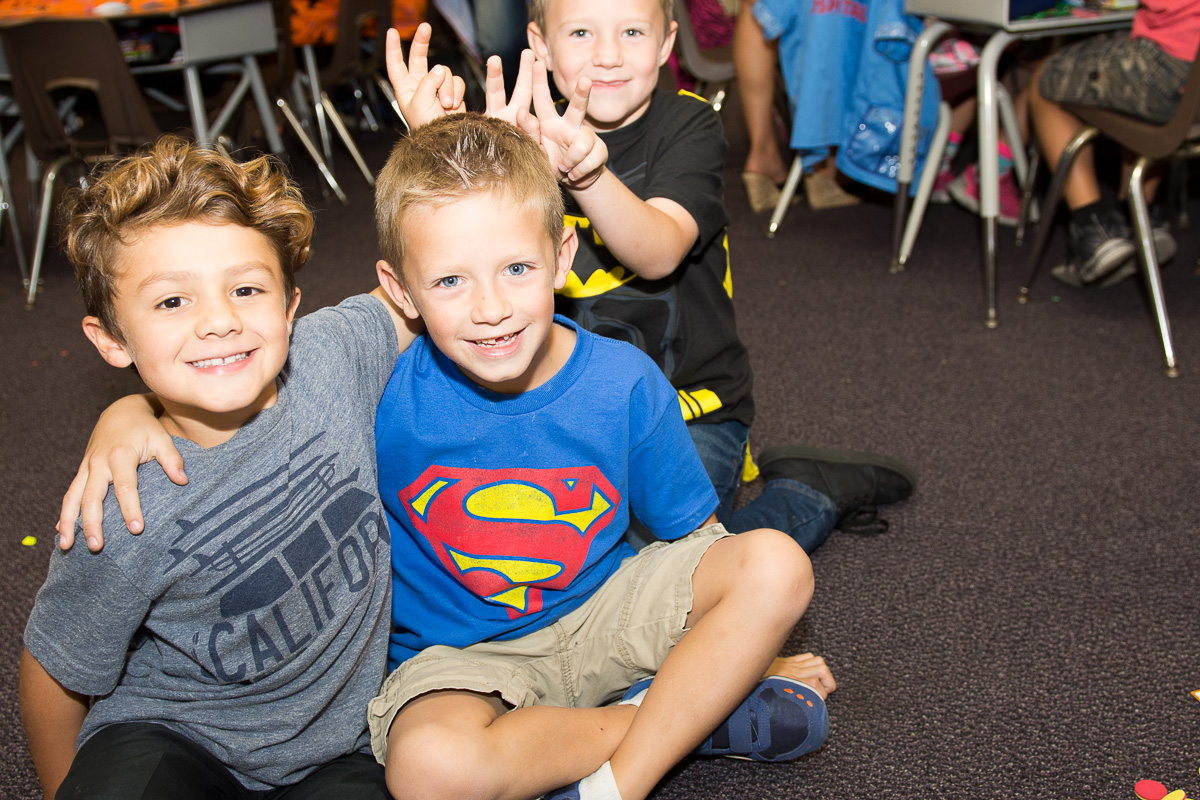 I got to volunteer in both of the boys’ classes for “fall activity day.” We played lots of rounds of Bingo in 2nd grade. 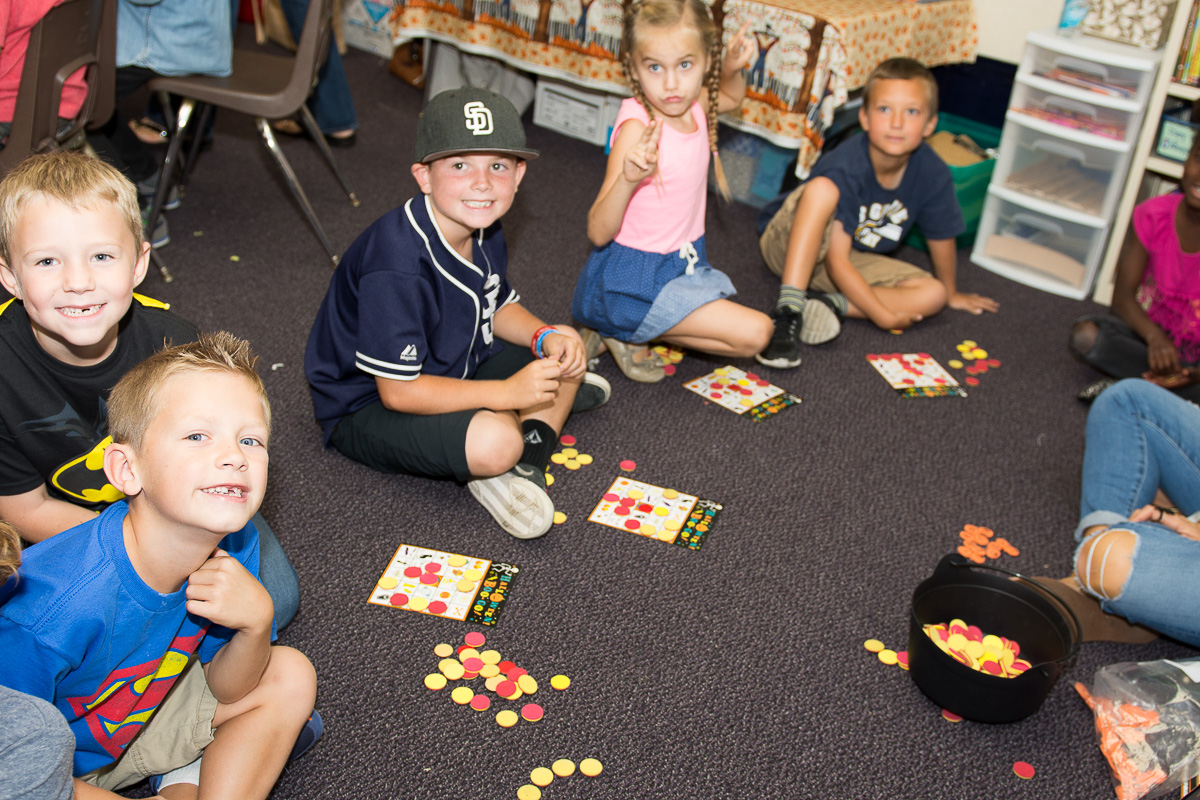 In Kindergarten, we made pumpkin faces out of clementines and played more Bingo at my station. 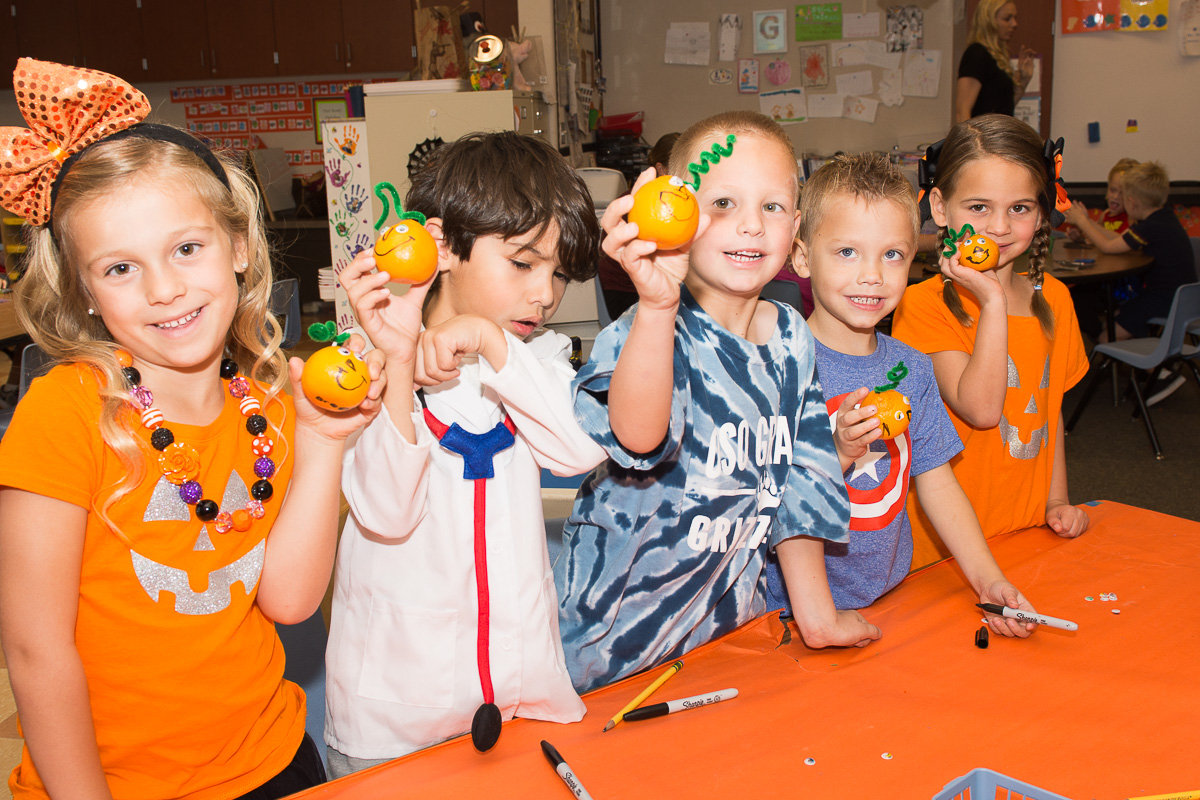 They all made spider hats as well. 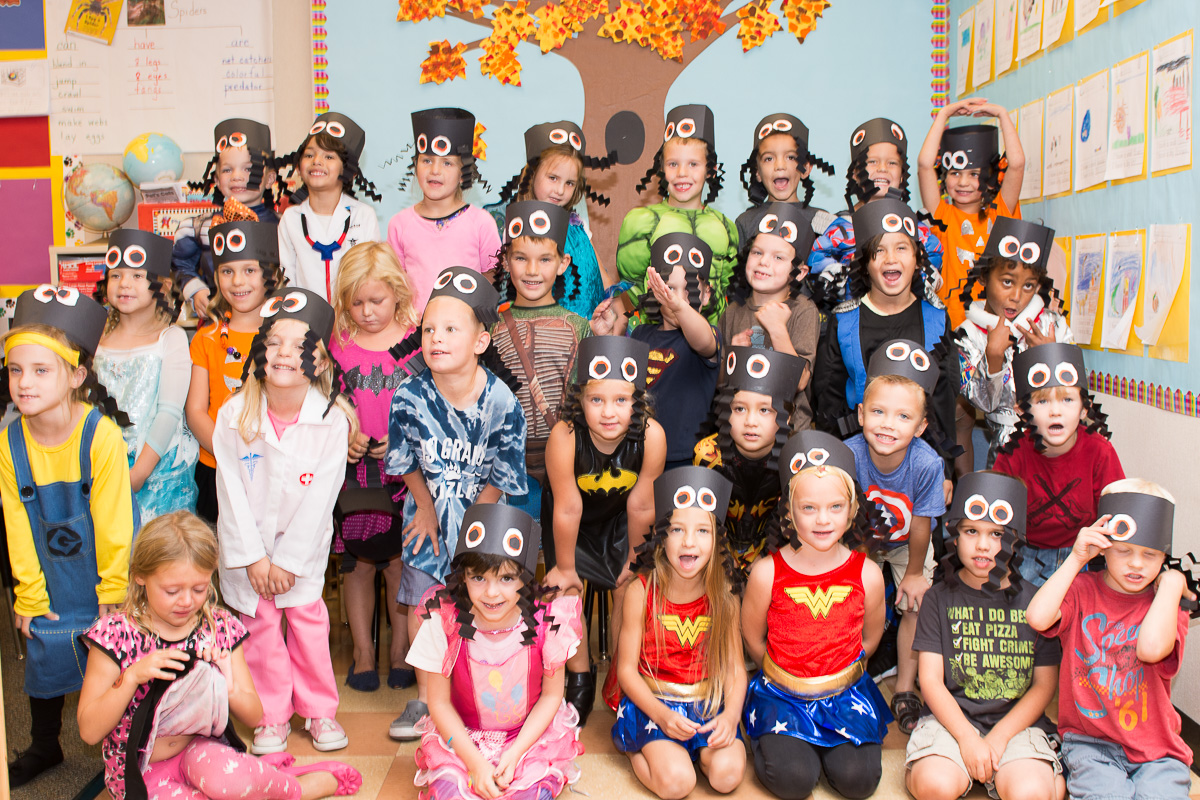 I loved that every other child’s spider legs were attached to the bottom of their hats and Nash’s were spiking out from both directions. 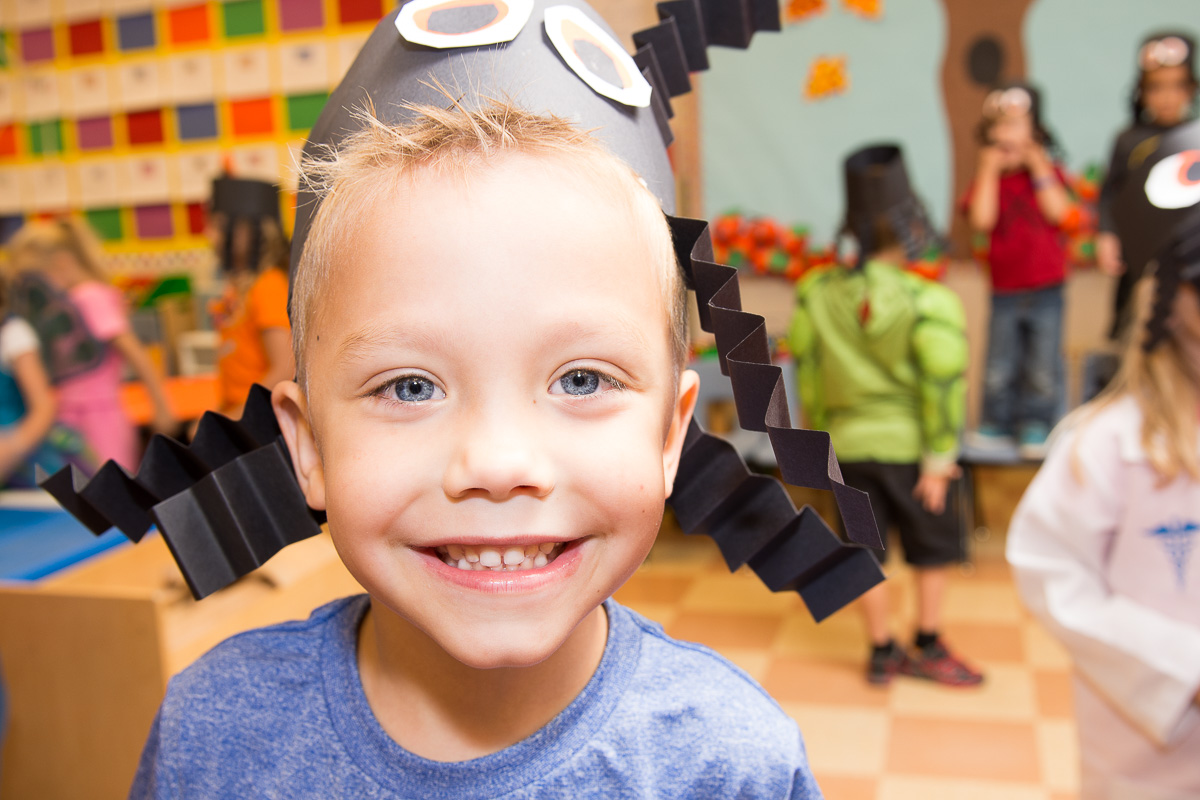 In addition to no costumes or parades at school, Troy was in Chicago for a wedding so we didn’t go to his work trick-or-treating party. And then, the trunk-or-treat at church was on Halloween instead of the week before. So, that meant the boys only dressed up for one day and one day only.

I have to admit, even though I’m usually complaining about all of hoopla surrounding Halloween, it was a bit of a let down this year to only dress up once. After all of the effort that goes into gathering costumes parts, it’s nice to have more than one day to wear them.Nonetheless, I took their individual costume pictures (pineapple, Descendants characters and train conductor) and we were off to celebrate for a few short hours at the church trunk-or-treat followed by neighborhood trick-or-treating. The big kids collected their candy at trunk-or-treat quickly and took over distribution for the rest of the event. 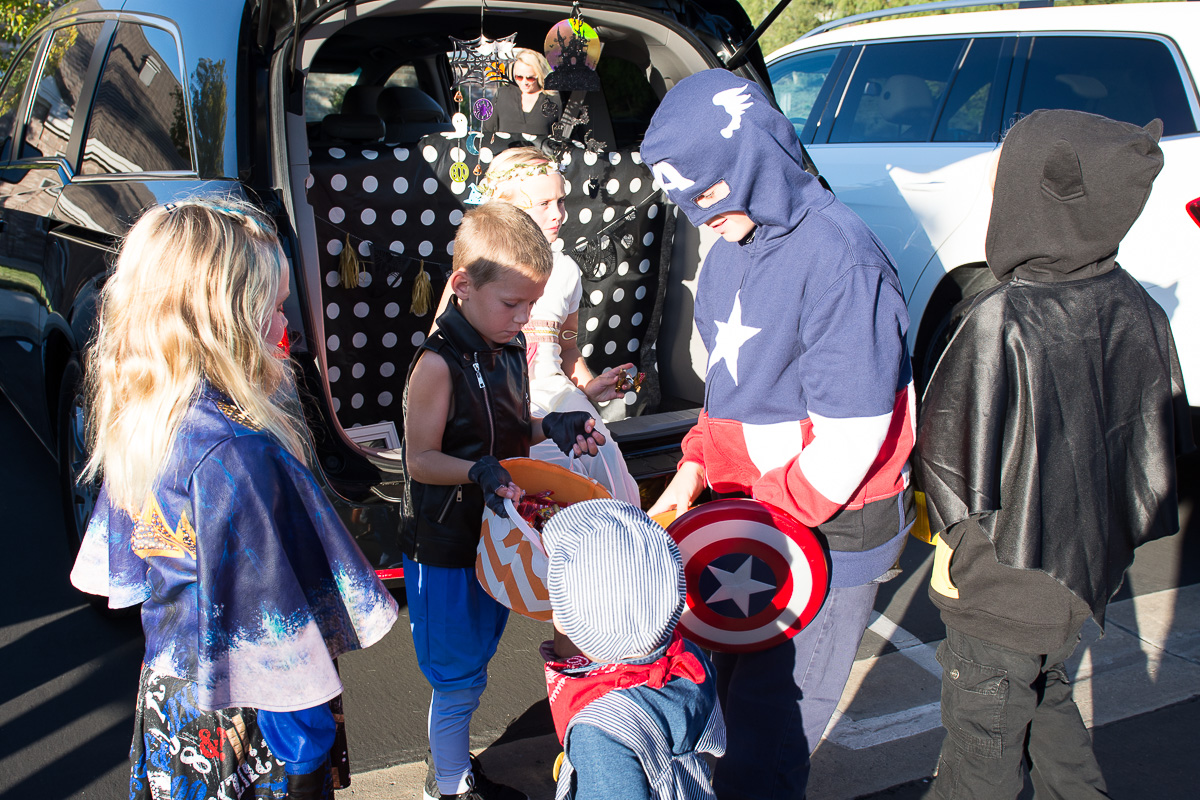 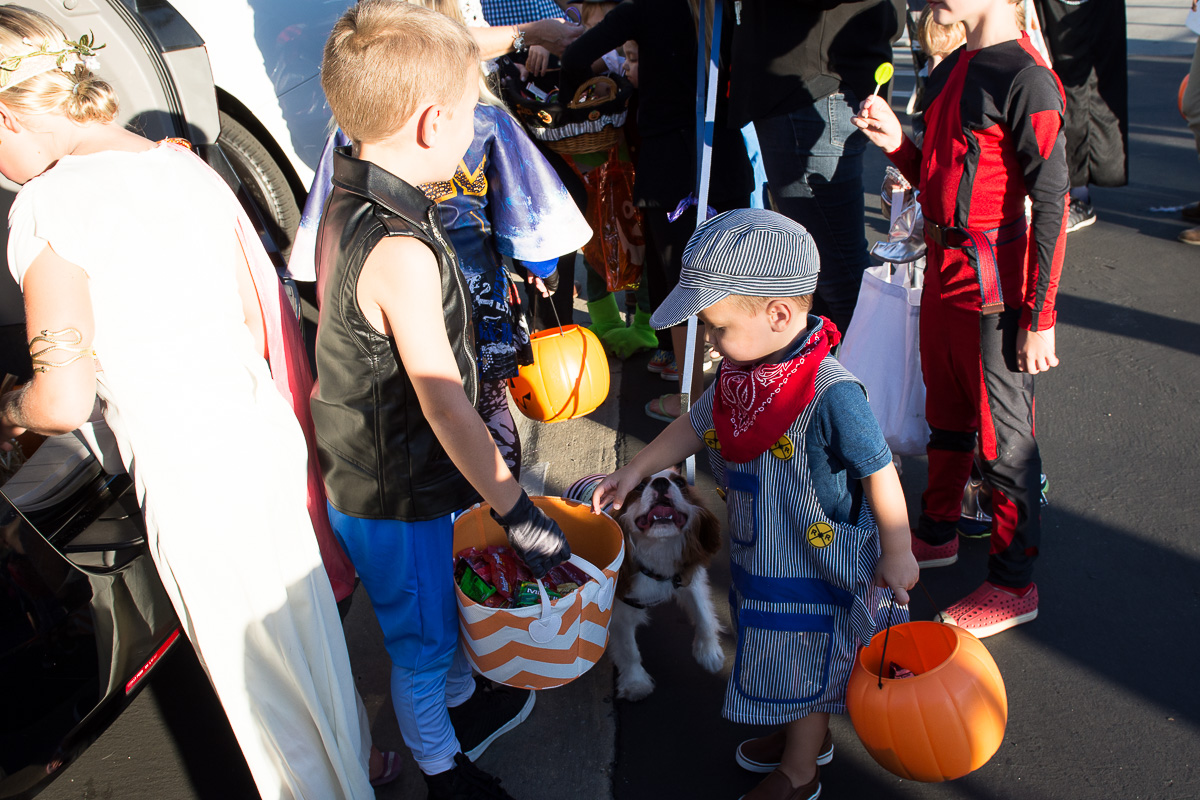 Crew was as happy as can be when some candy was finally placed in his bucket. Little did he know, there was much more to come. 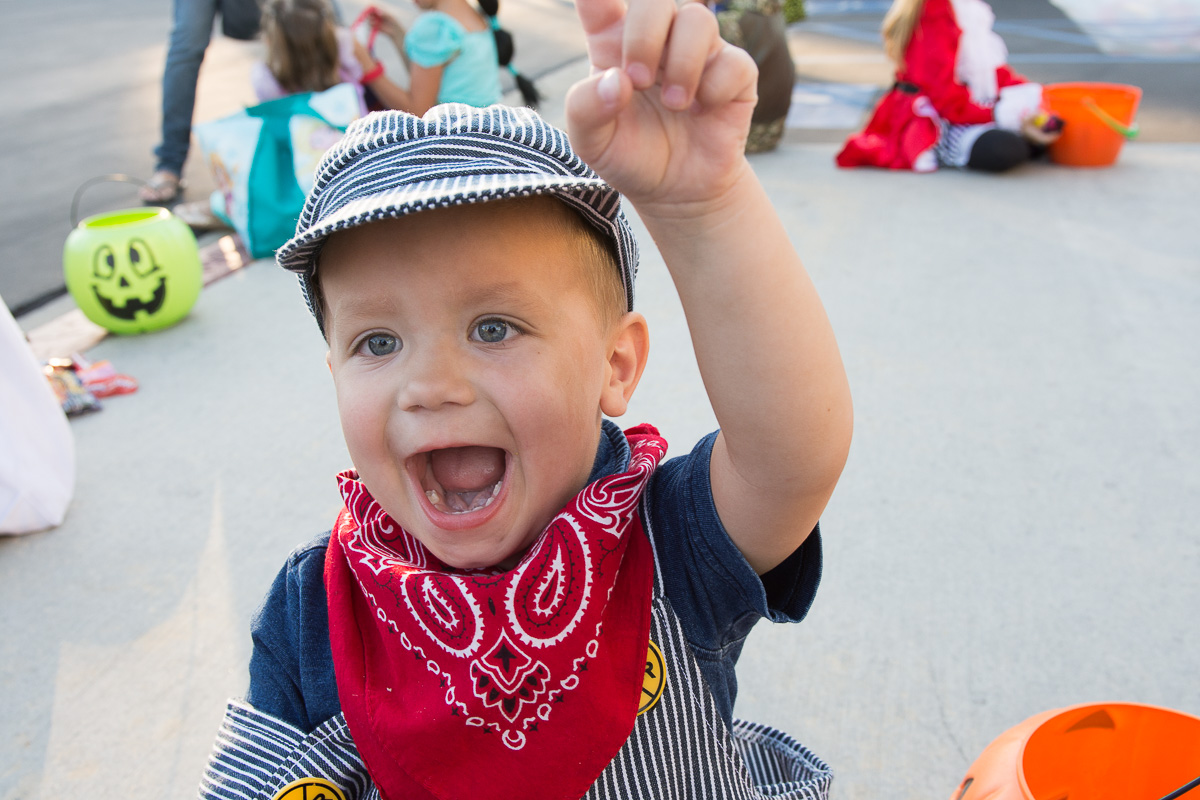 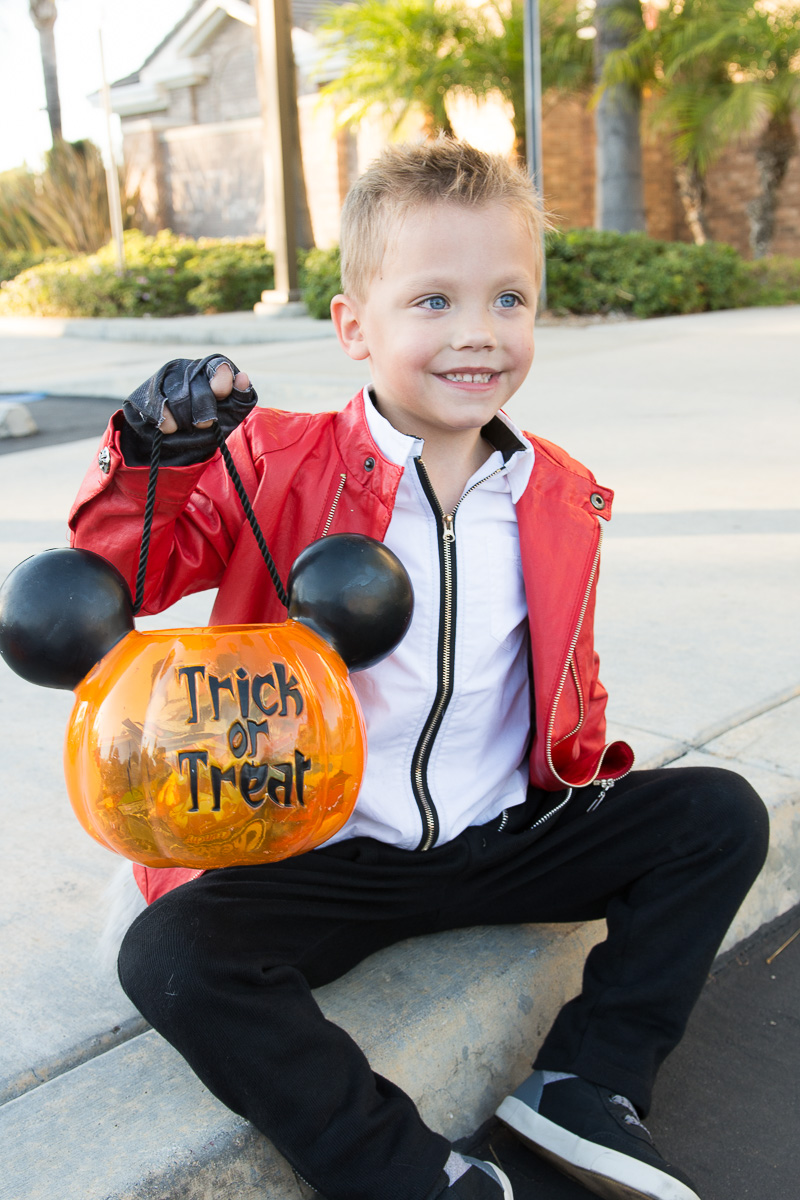 We carved our pumpkins a few days before Halloween. It’s a good thing I took a shot of them then because after five days in the heat, they were moldy and deformed and had to be thrown out before trick-or-treaters arrived. 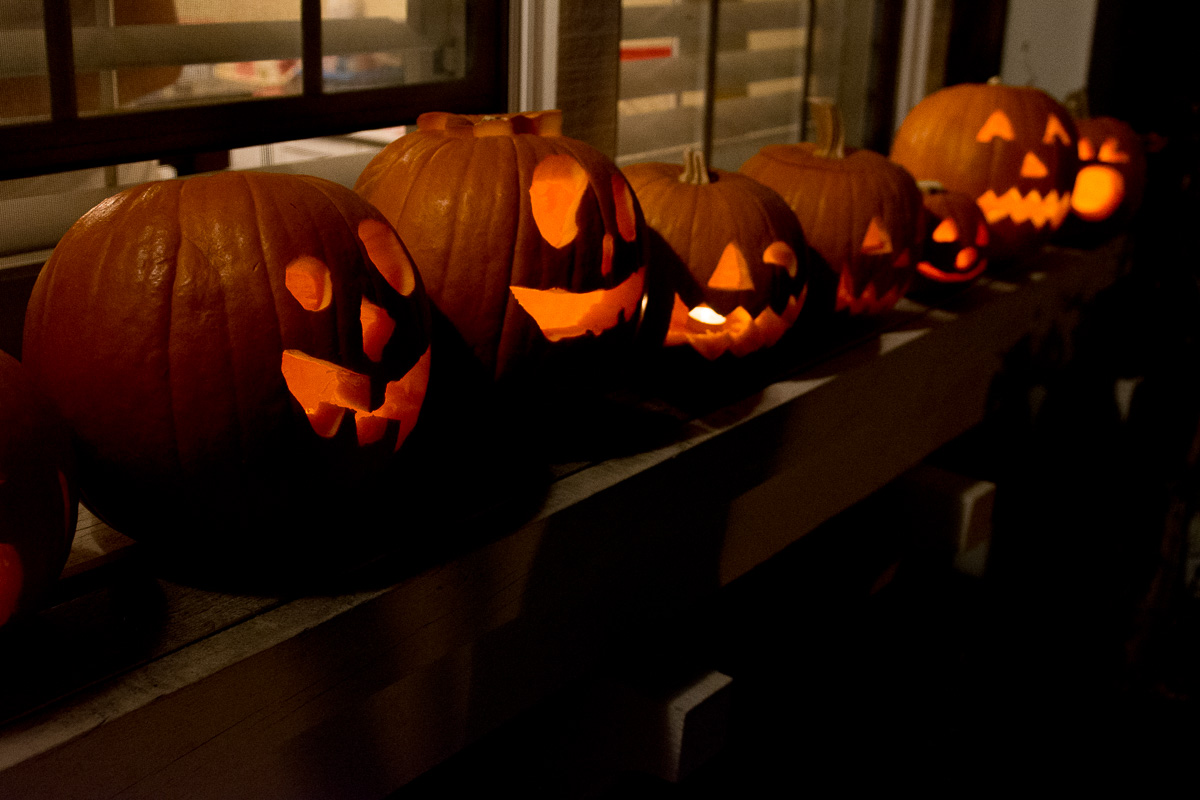 We met up with a bunch of our friends for trick-or-treating. This was the best we could get from this crowd. Even though we all started out together, it was impossible to stay together. Blake branched off with some friends for a good hour while I took a quick detour with Nash to find a bush. Sadly, I feel like the days of not trick-or-treating with mom are just beginning. 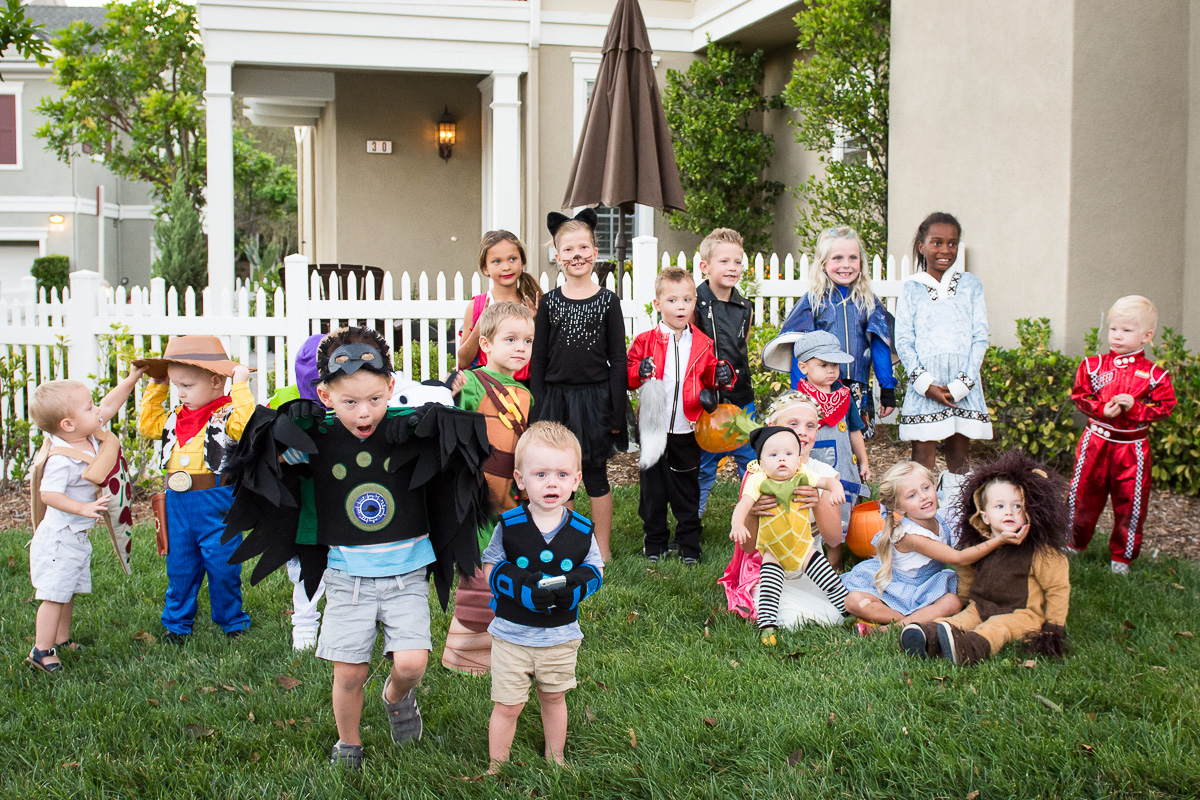 I made a last ditch effort to get all of my boys together for a shot in the darkening sky. 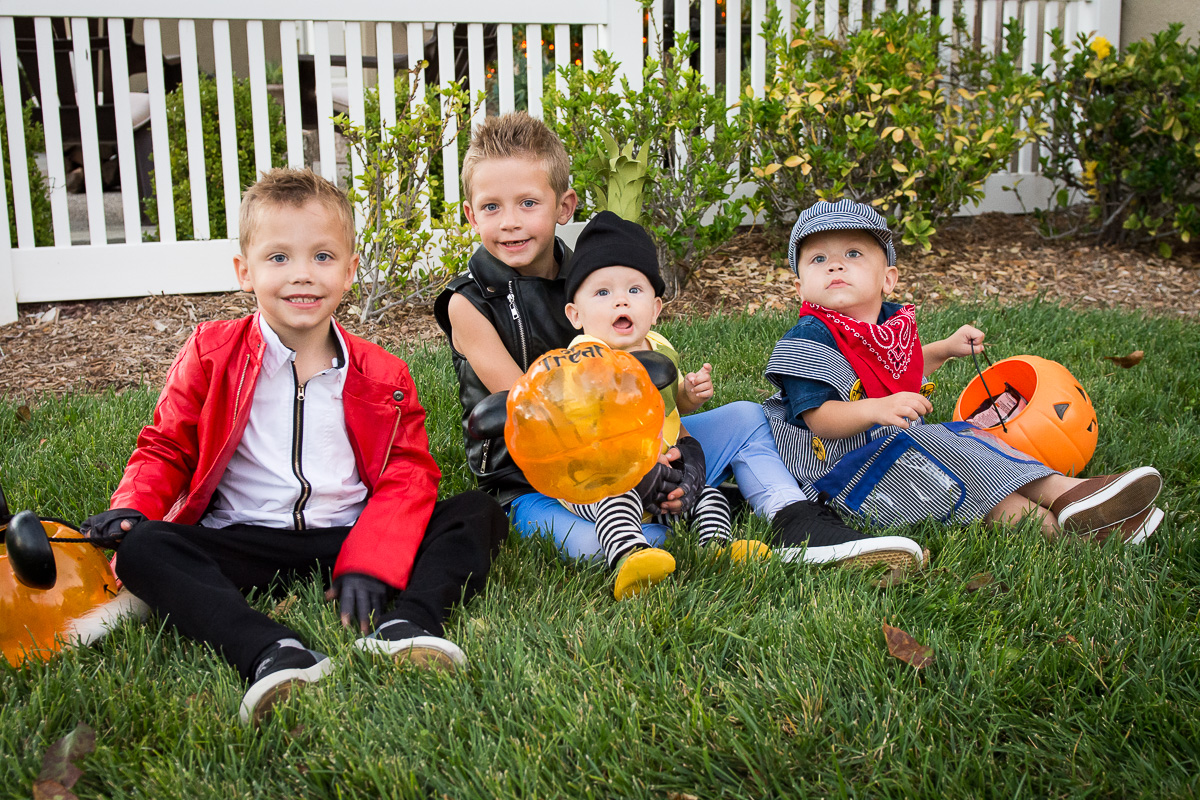 I don’t know if I’ll ever get used to trick-or-treating in short sleeves and still being hot. I had to rethink a few original fleece costume ideas. Even Nash’s jacket was a stretch in the heat. But it was so nice to not have to cover up those costumes with winter coats! Doors were both opened and closed in the realm of Halloween costume possibilities. 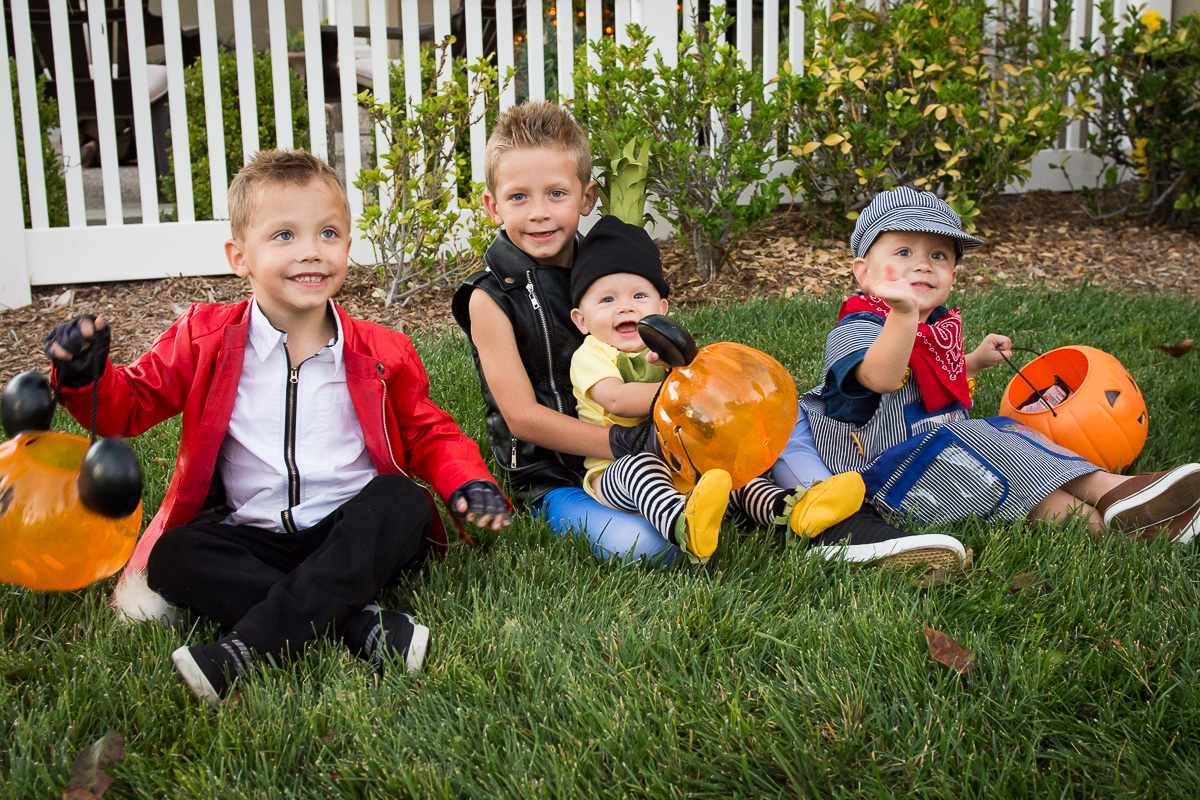 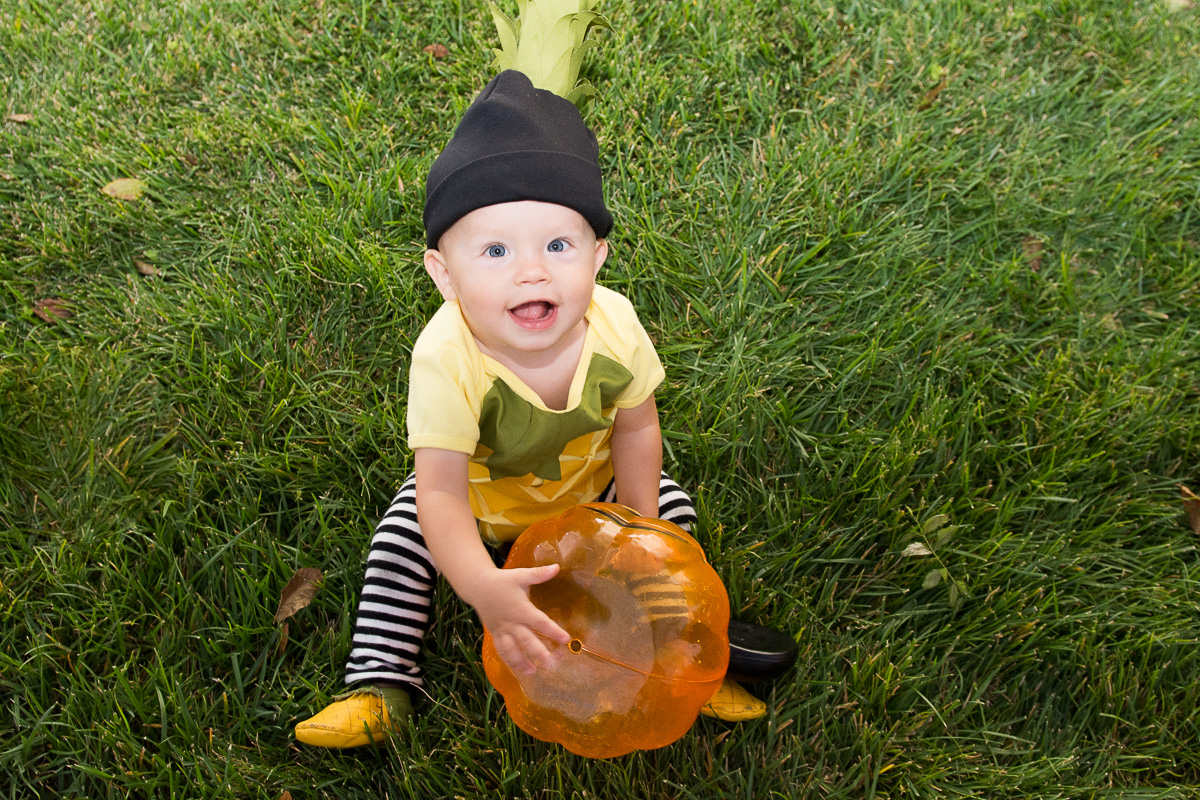 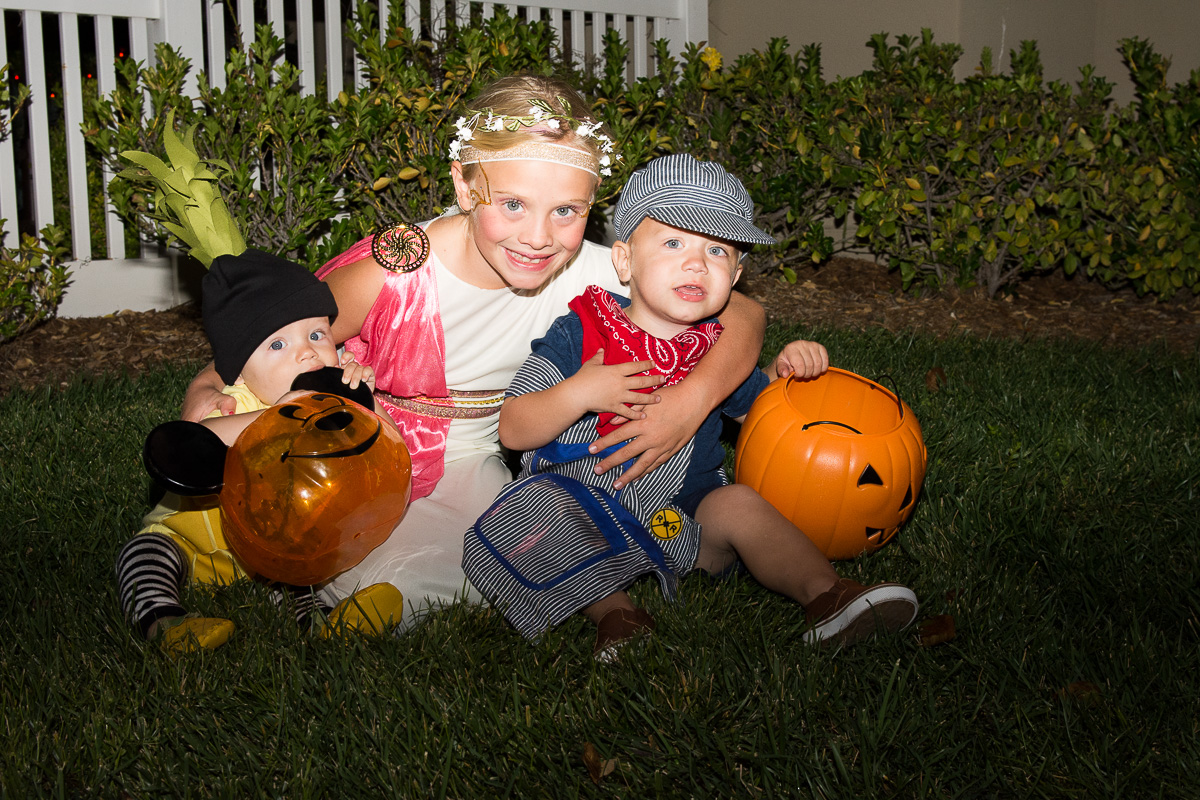 Crew would have been happy with a few suckers and packs of gummy bears. But he was delighted to go door-to-door and watch that candy level rise. 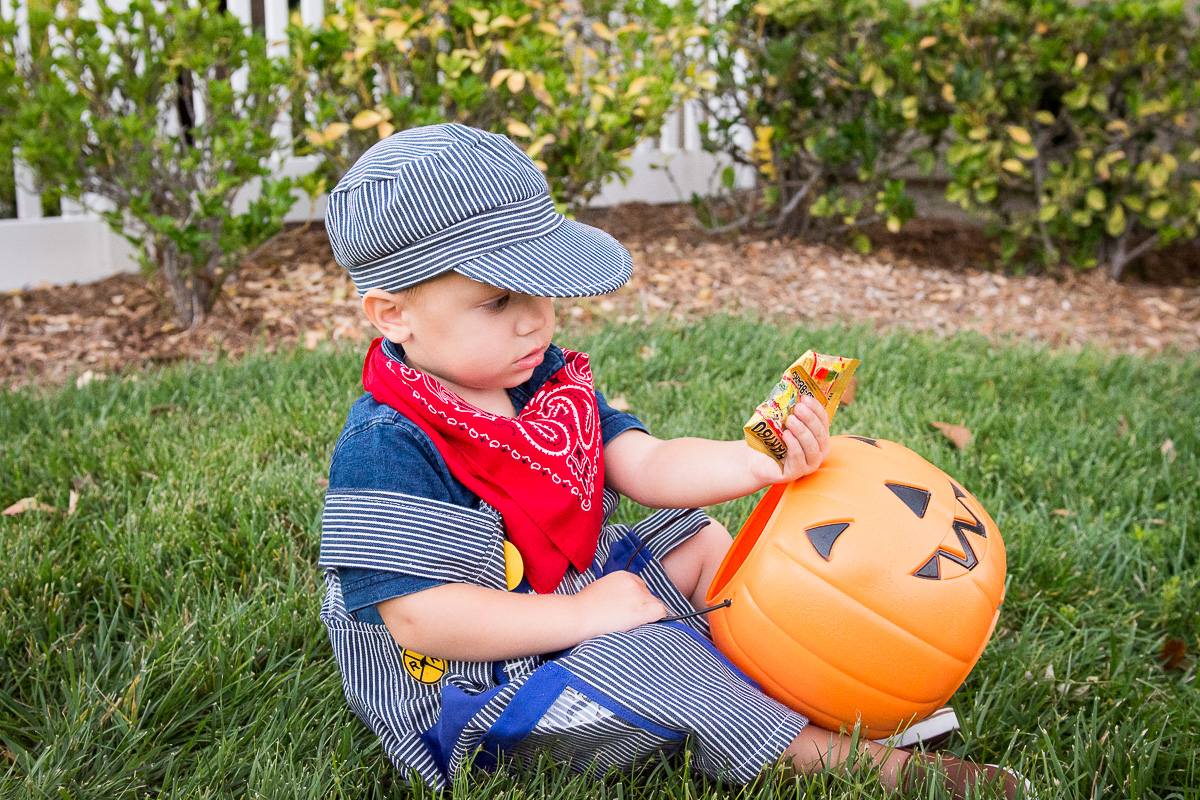 Crew asks me regularly now if we can go trick-or-treating. “That was so fun!” he exclaims. He was a riot this year. For the entire month of October, he lit up when he spotted “punkin punkins” (it was never one pumpkin, it was always doubled). And don’t even get me started on houses with Halloween decor. He called them “pooky pooky” (spooky spooky) and it was adorable every single time. 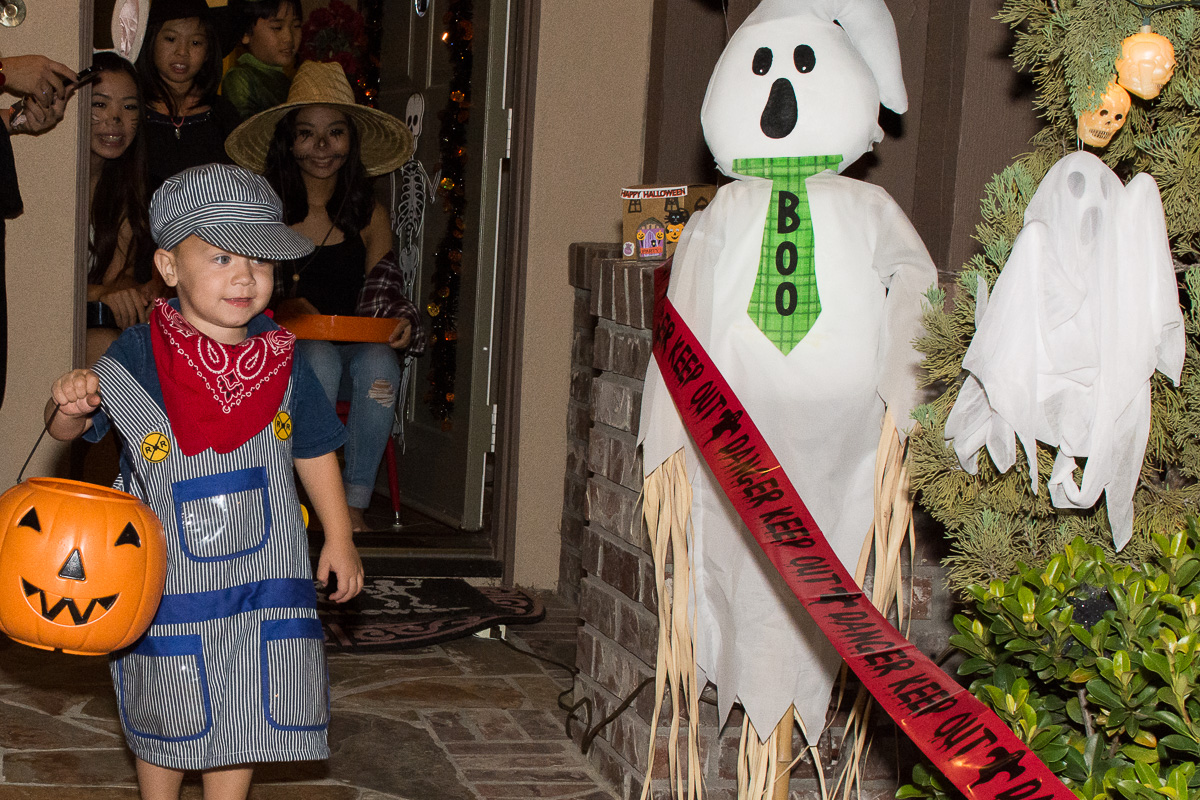 Most years I’m relieved to put Halloween behind us but this year left me wanting more. I’m sure I’ll reconsider next year when costume parts are strewn around for a week straight we have more candy than we’ll ever need.