Somewhere in between the nonstop chaos of December and everyday life with four little boys, we managed to fit in a few festive activities. We would have liked to fit in so much more but it wasn’t in the cards this year.

We kicked off the month by making hygiene kits for orphanages at a church service activity. Santa made an appearance at the end. It was nice to check off chatting with the big guy early on in the month, without the hassle of waiting in lines. 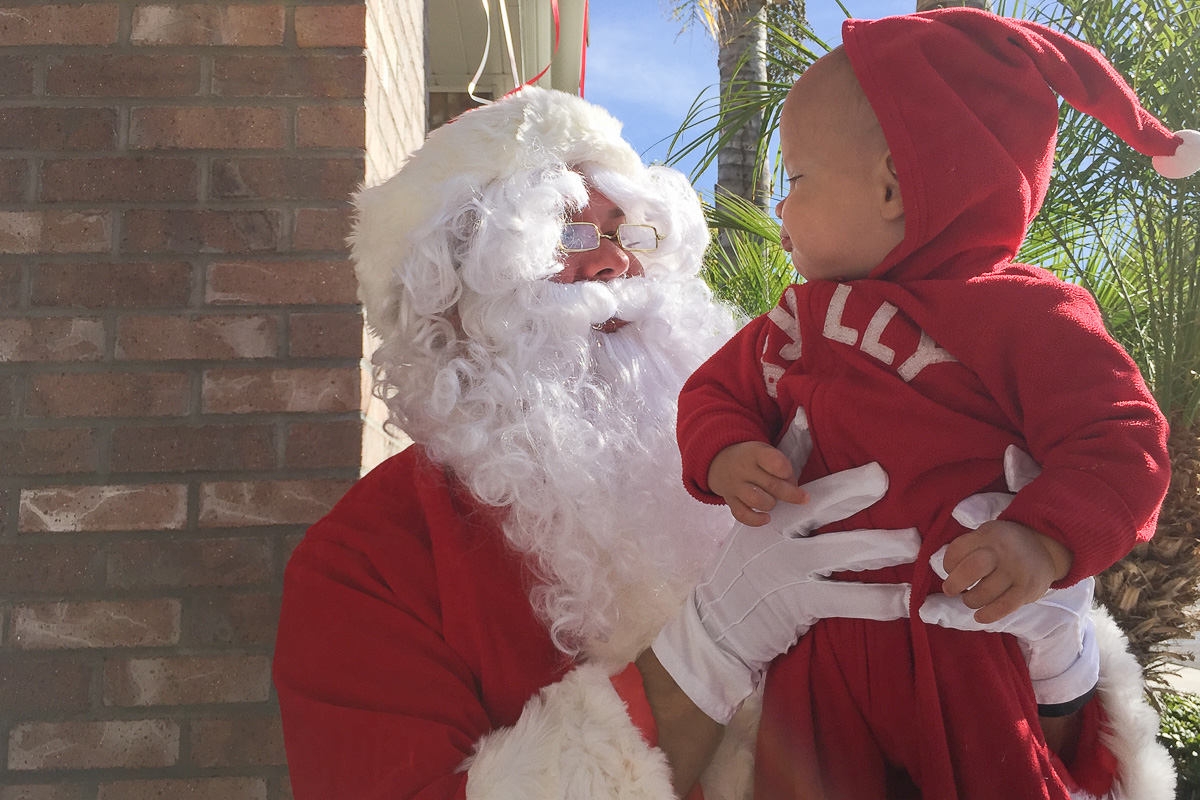 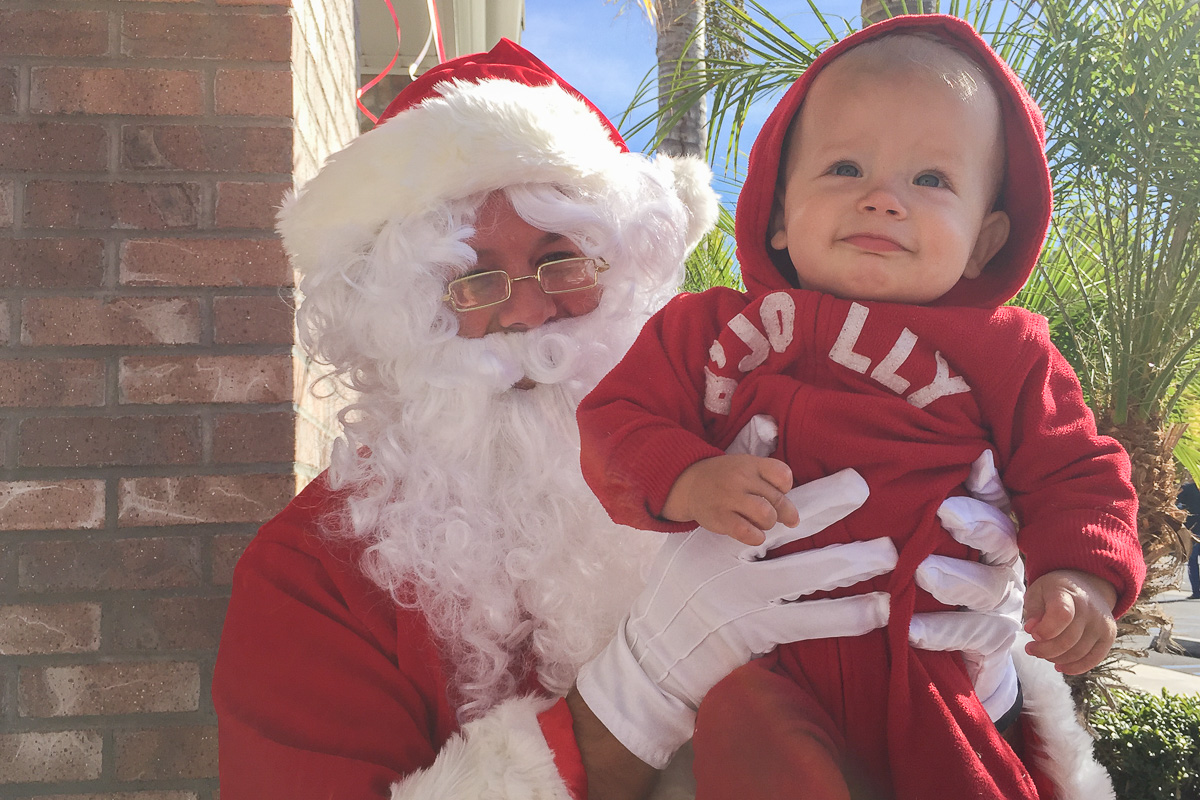 Blake and I had some tough, unplanned conversations about what is real and what isn’t at Christmas time. He learned the truth about elves on shelves and was devastated. It was heartbreaking. He declared that he didn’t want to know that information until he was 12. He was skeptical about Santa too, but I think we safely held on to the magic for at least another year. 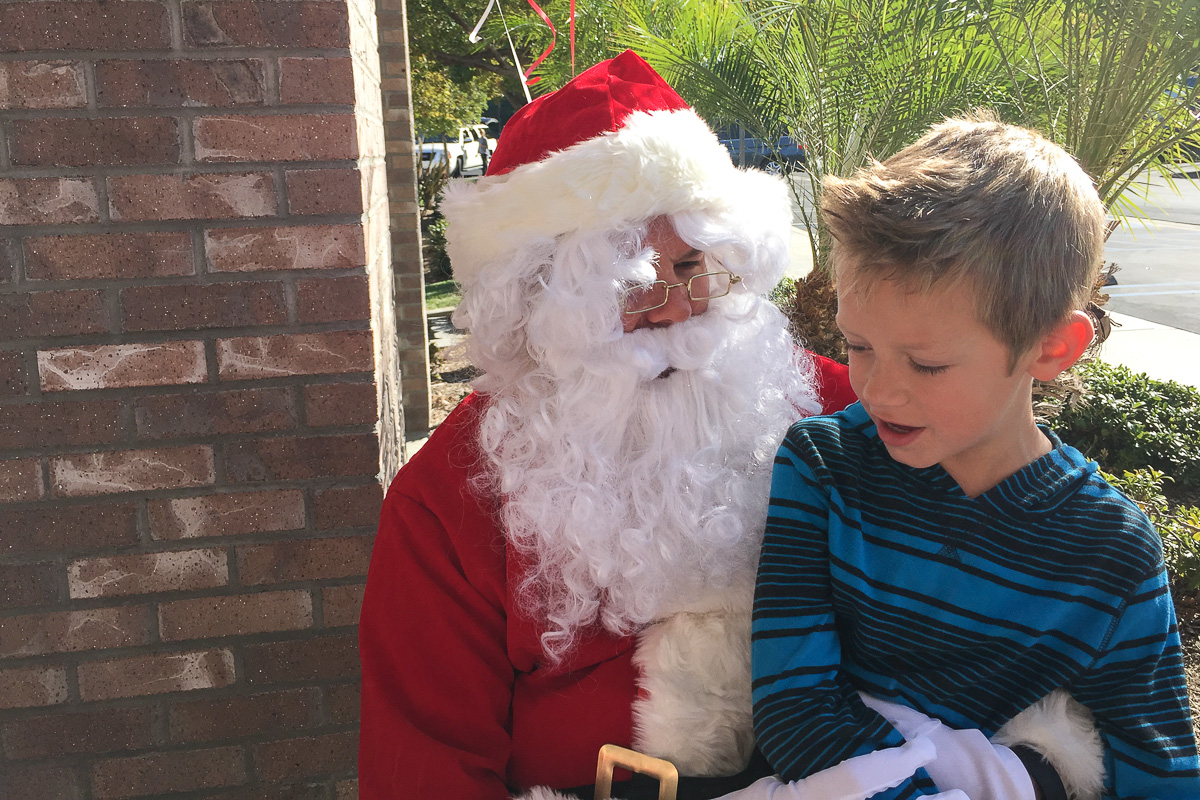 We took a cruise around the Newport Harbor while Troy’s family was in town. We rented a Duffy boat and brought dinner on board. 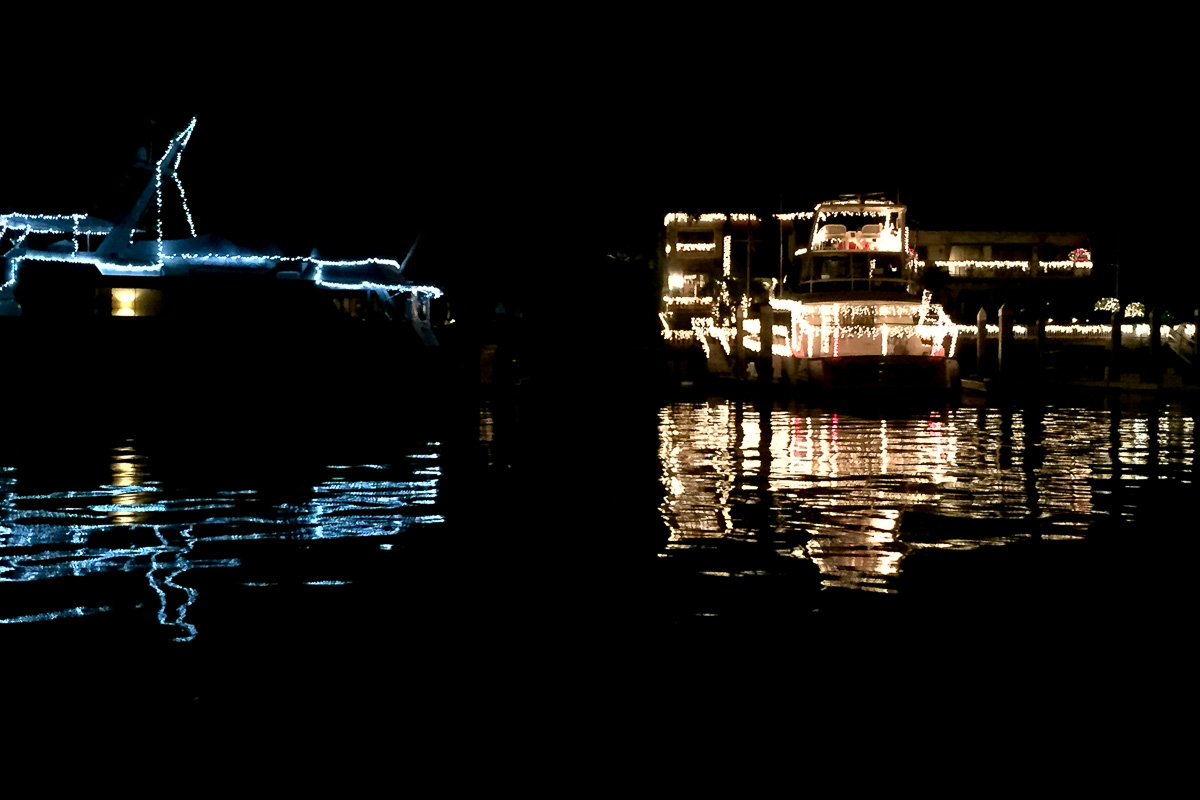 We had the water almost to ourselves which gave us a great view of all the lights, but was also eerily dark at times. 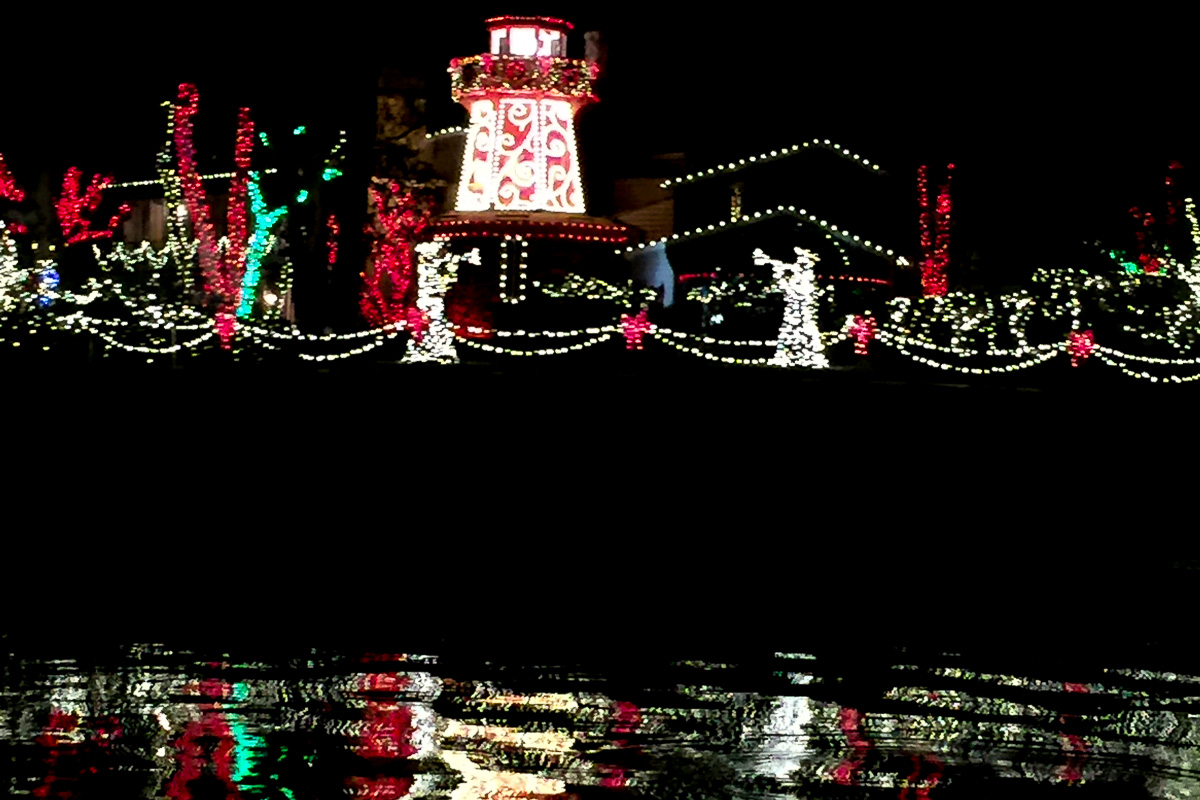 I got to help at Nash’s kindergarten party. 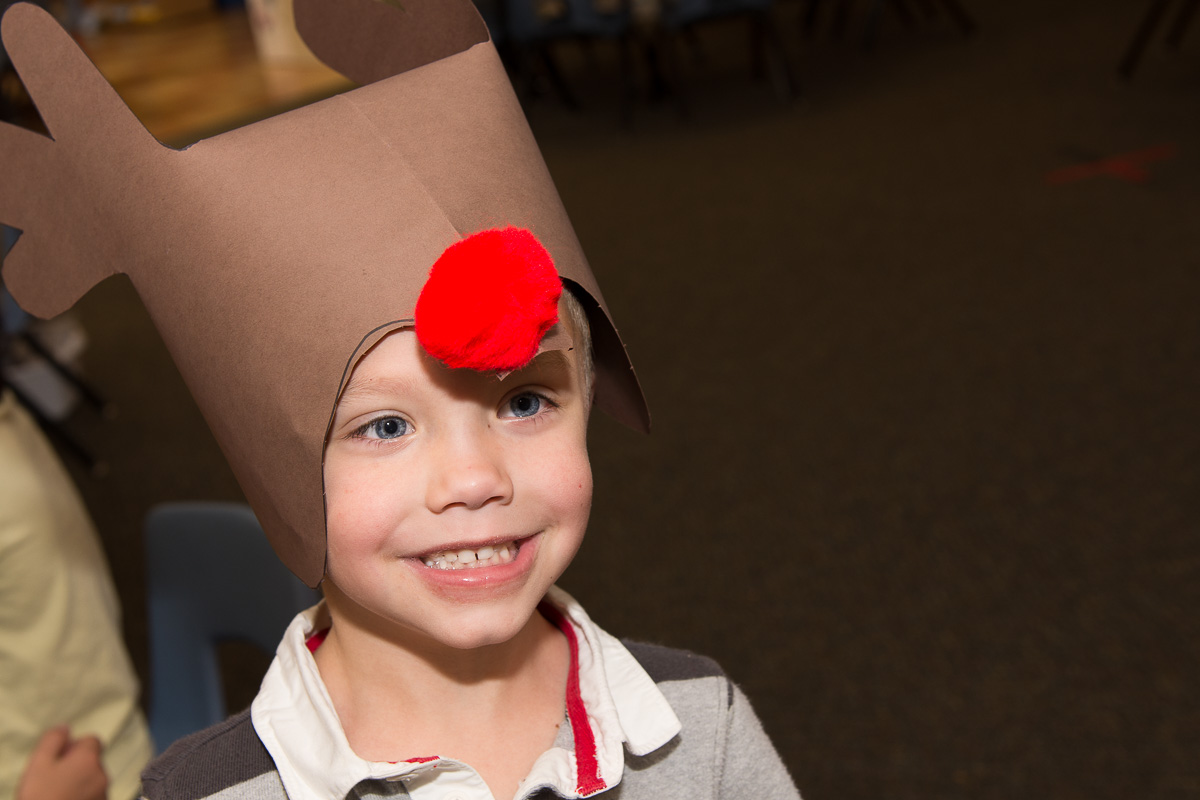 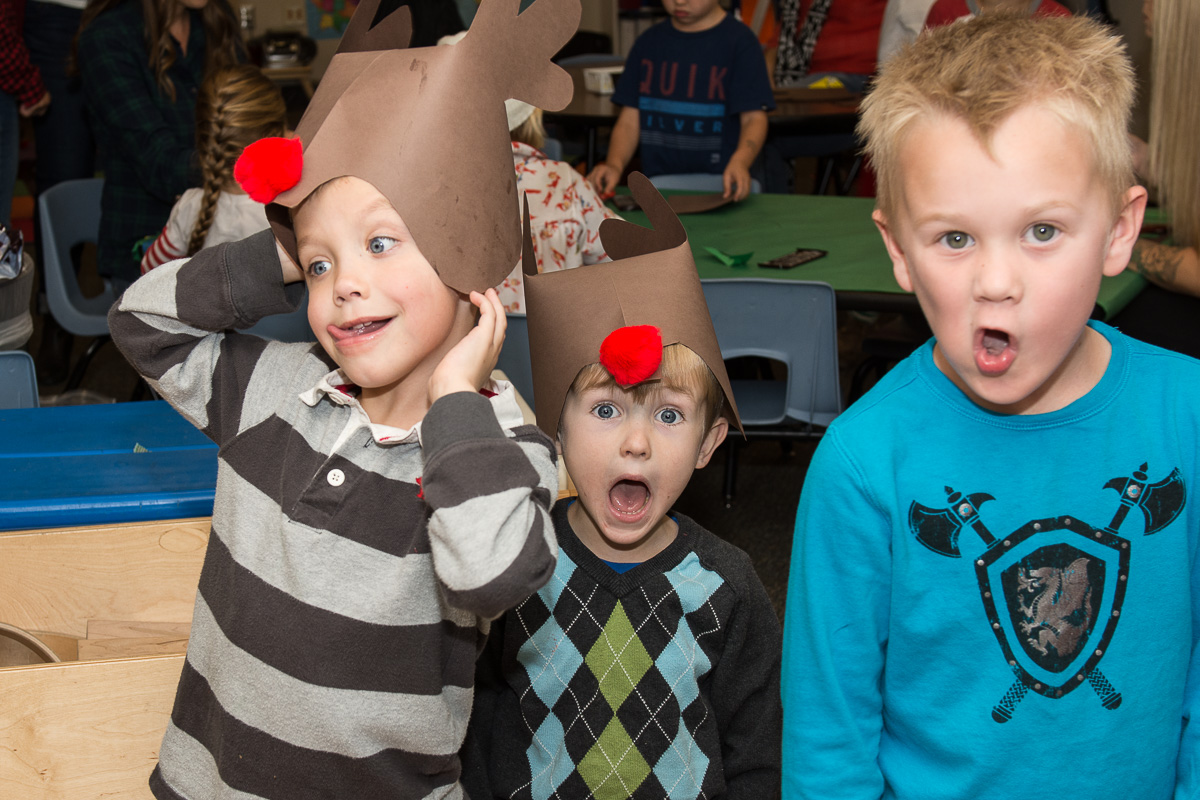 Even though I used to teach kindergarten, every time I step into a classroom, I’m blown away that anyone can be a teacher. Teachers are amazing. 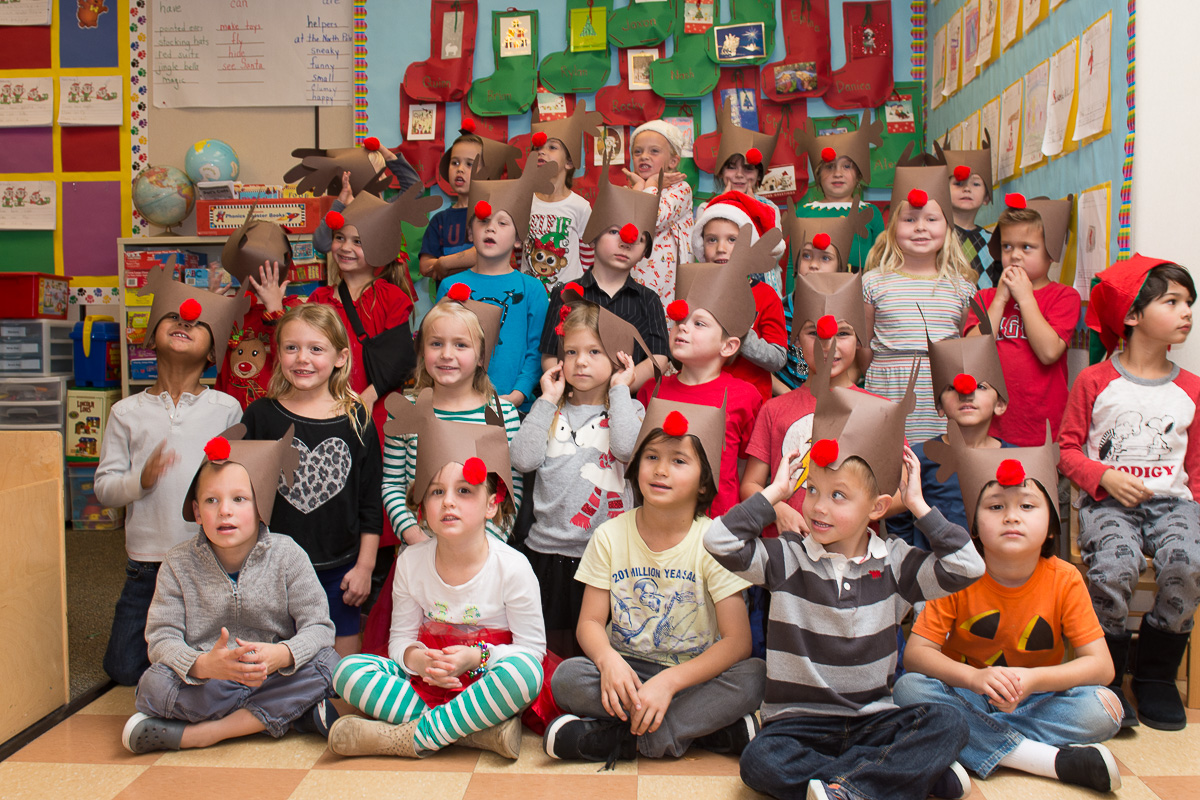 Once school was out and we made it through the church program, we headed out to Arizona for the days leading up to Christmas. I drove with the boys and Troy flew out a few days later. One hour from our destination, we were in a multiple car accident. It wasn’t because of traffic or bad weather, but simply because one driver didn’t see another car when changing lanes. The sudden stop created quite a ripple effect.

Thankfully, no one was hurt. My car took the impact much more than any of us. 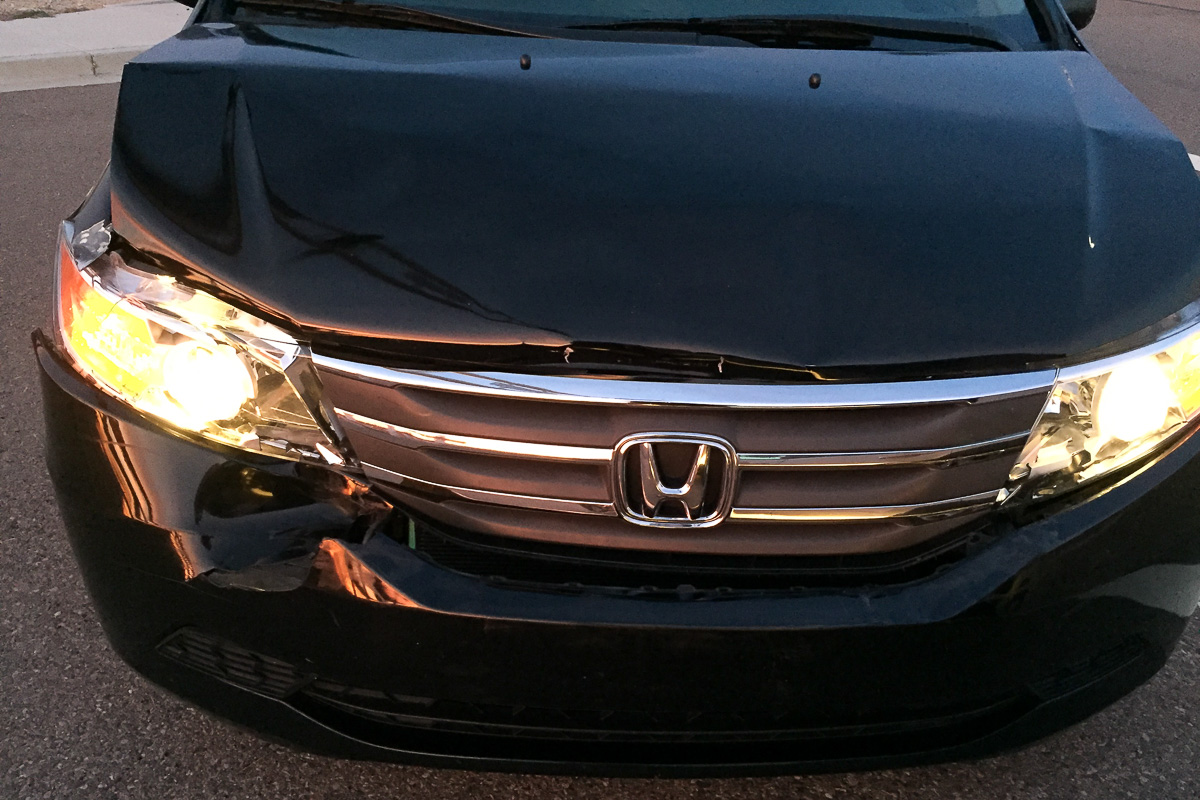 We waited on the side of the freeway for hours as we took care of all of the logistics with the officers and insurance company. The most beautiful sunset sprawled across the sky while we were waiting. My car made it the remaining hour to our destination, but not without several strange noises. After inspection the next day, it was determined there was no way it could make it back to California. The radiator was leaning on the radiator fan, the brakes were rubbing, the left headlight was cracked and pointing upward and the A/C hoses were bent and could blow any minute. It was a bit of a pain to work out having repairs done in Arizona with California auto insurance. But we had no choice other than to leave it behind in desert. We should be able to retrieve it the second week in January. 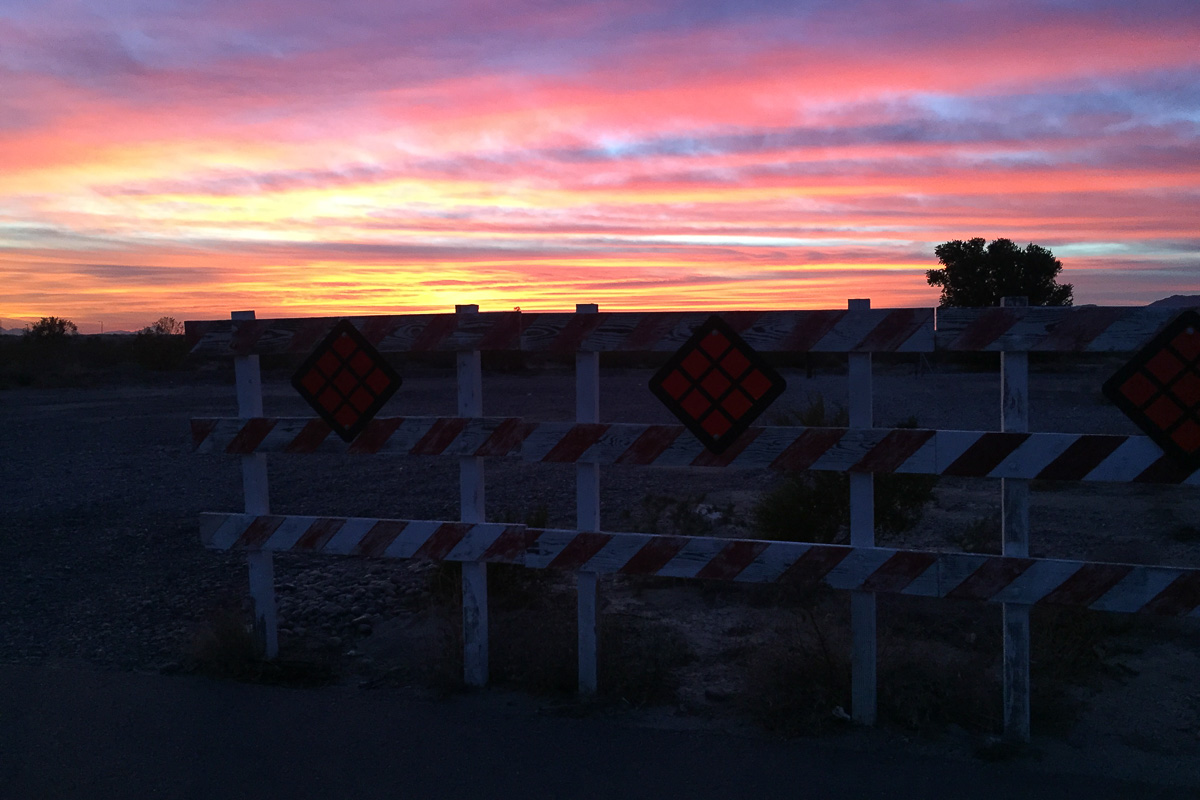 With all of the auto drama behind us, we packed up on Christmas Eve Eve and headed to the Fairmont Scottsdale Princess Resort. 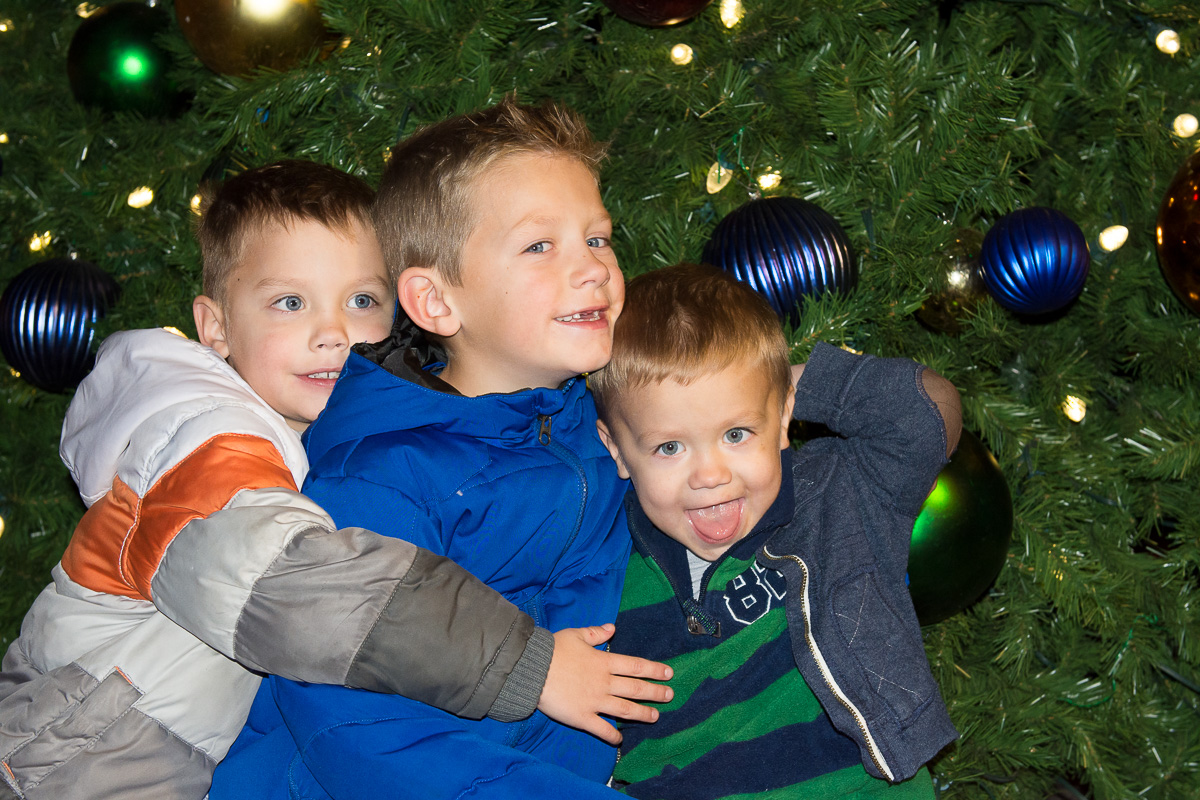 We wandered around the resort grounds and checked out the carousel, ice skating rink, light displays and animated nativity. 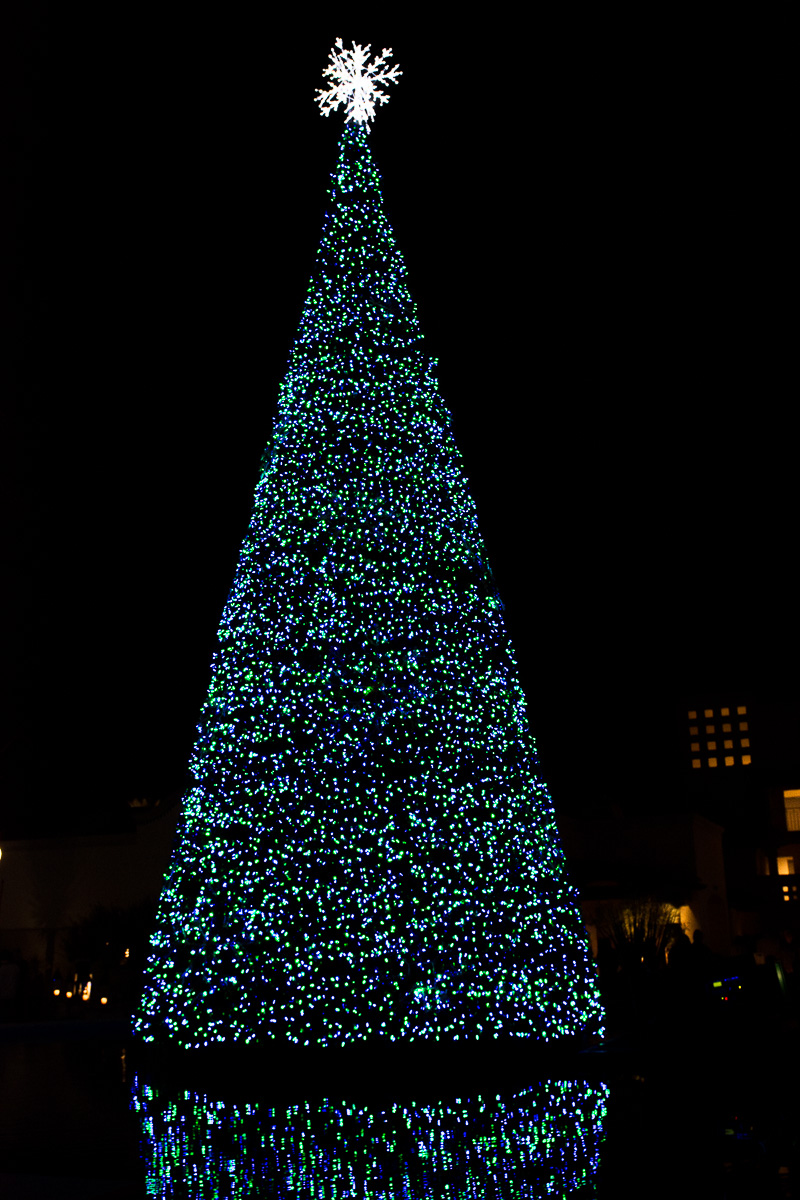 Crew was pretty thrilled about the new friend he made. 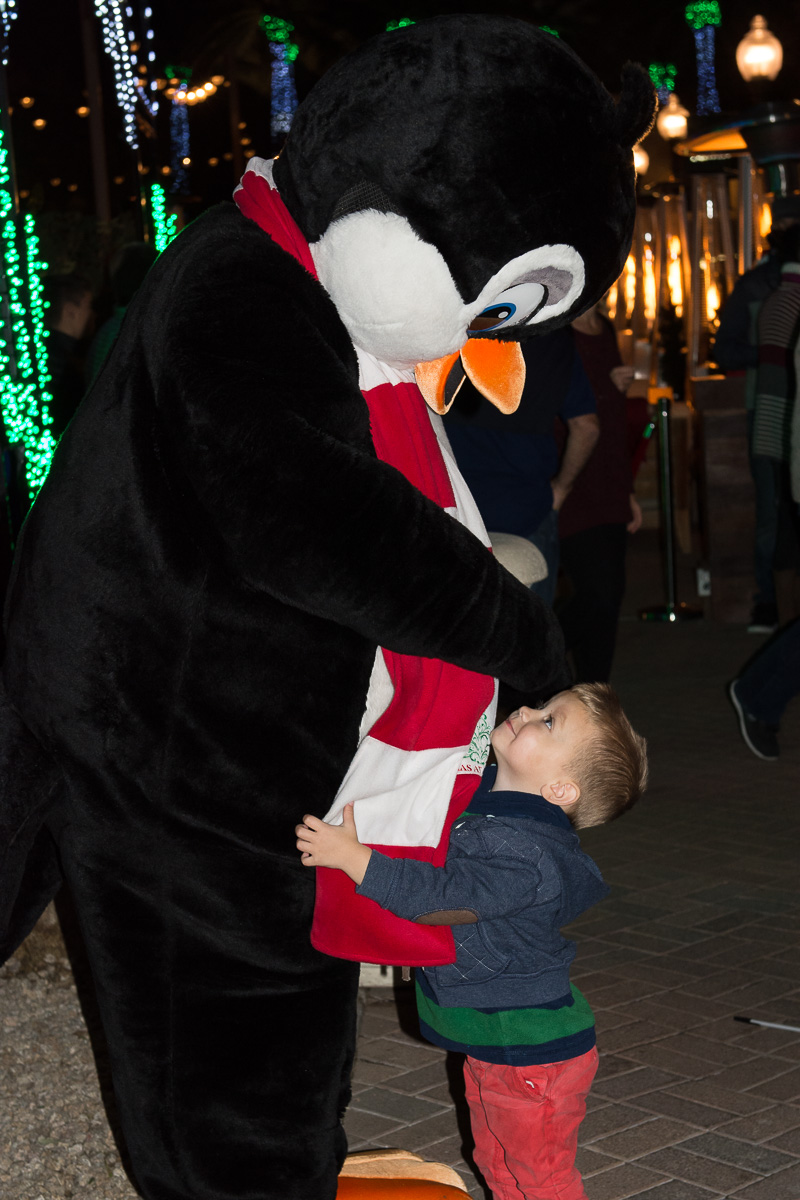 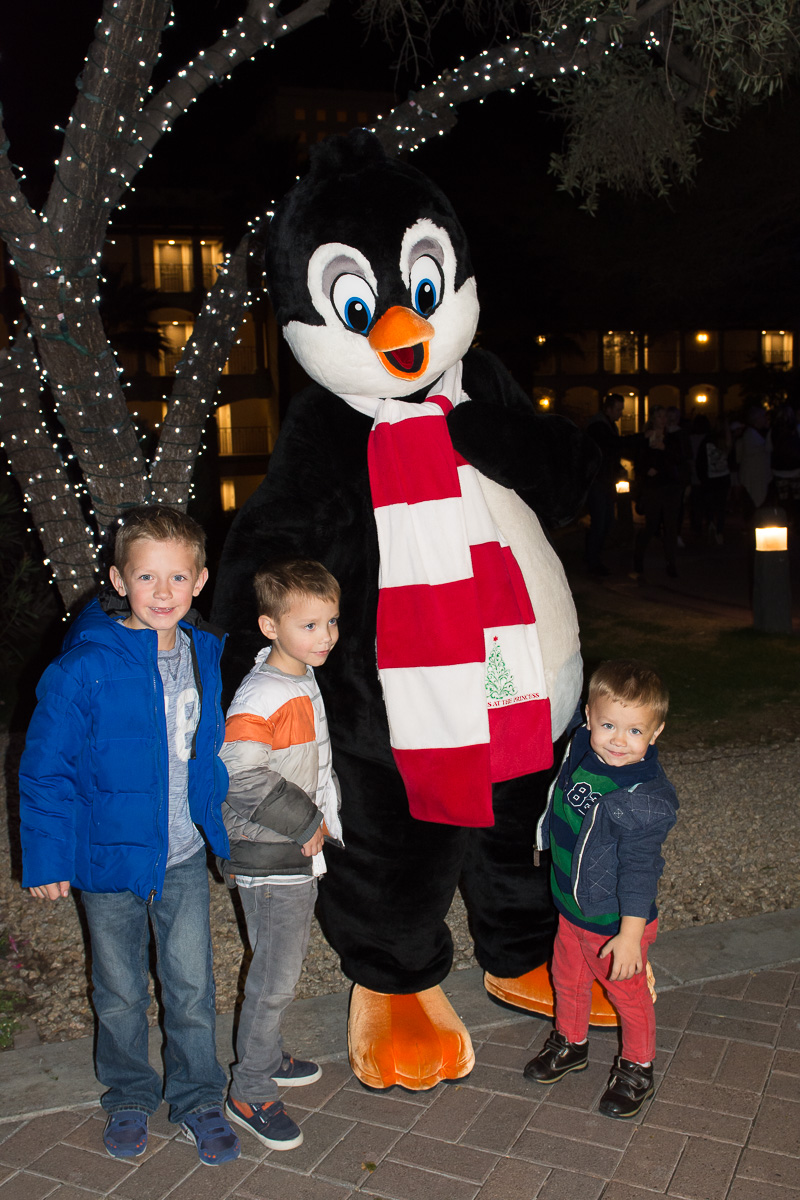 It was unusually cold in the desert so we enjoyed our breaks by the fire pits. Usually I would be sad if we traveled to Arizona and it was rainy and cold all week, but since we were headed back to Southern California this year, we were just happy to be with extended family for a few days. 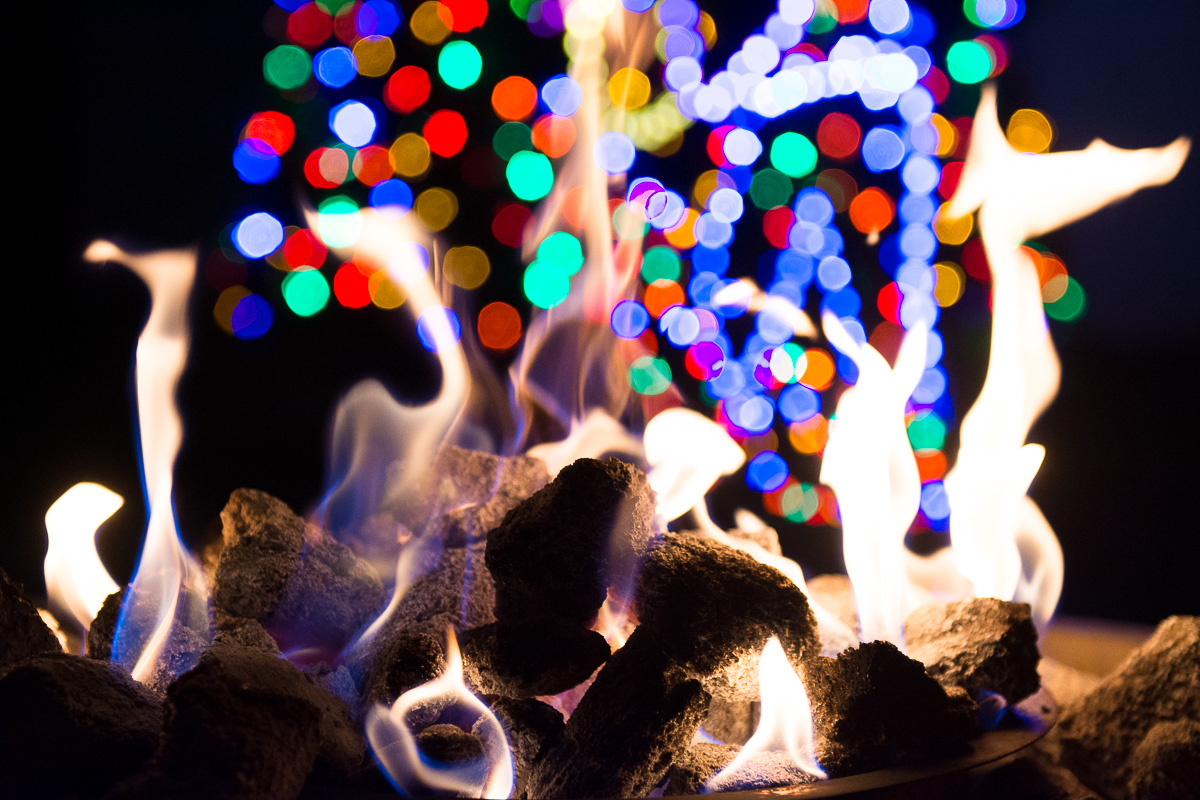 One by one, the rest of our family trickled in to the desert and we prepared for one of the most anticipated days of the year…