I think, in my book, Christmas Eve ranks above Christmas. I love that anticipation and excitement are at their peak and there is nothing but love all around. 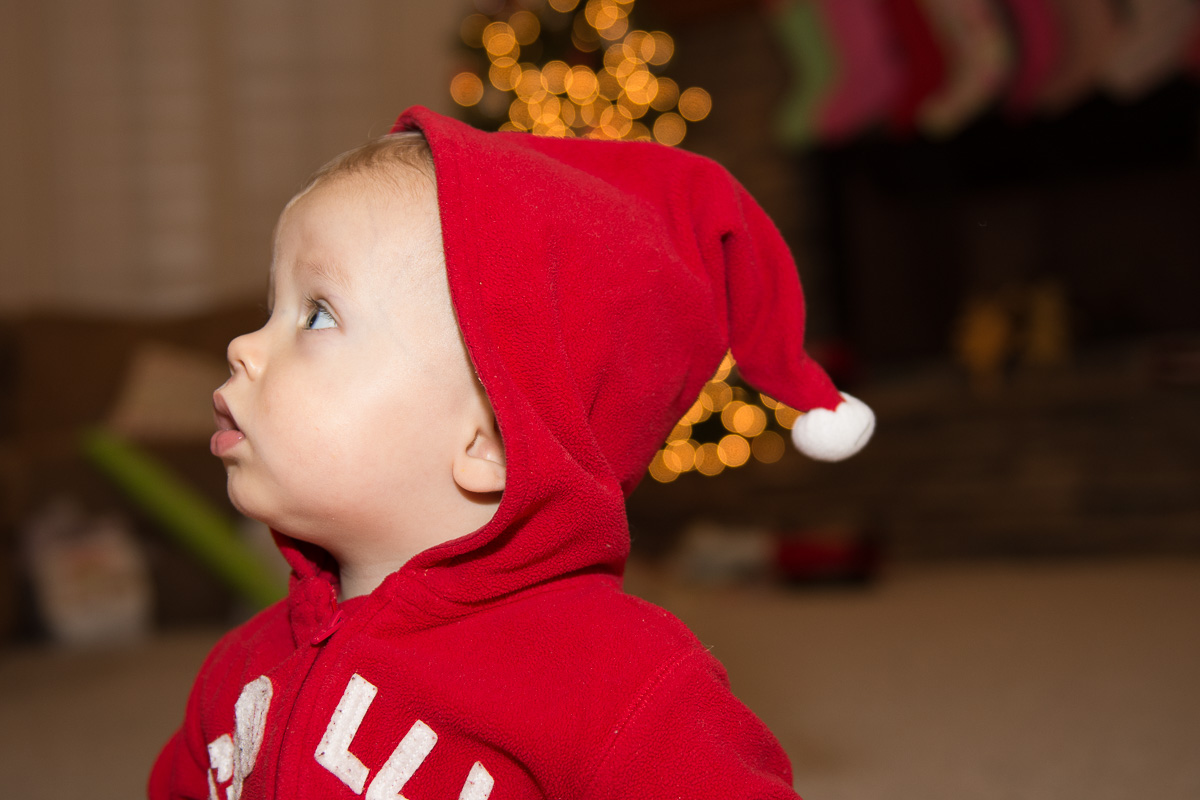 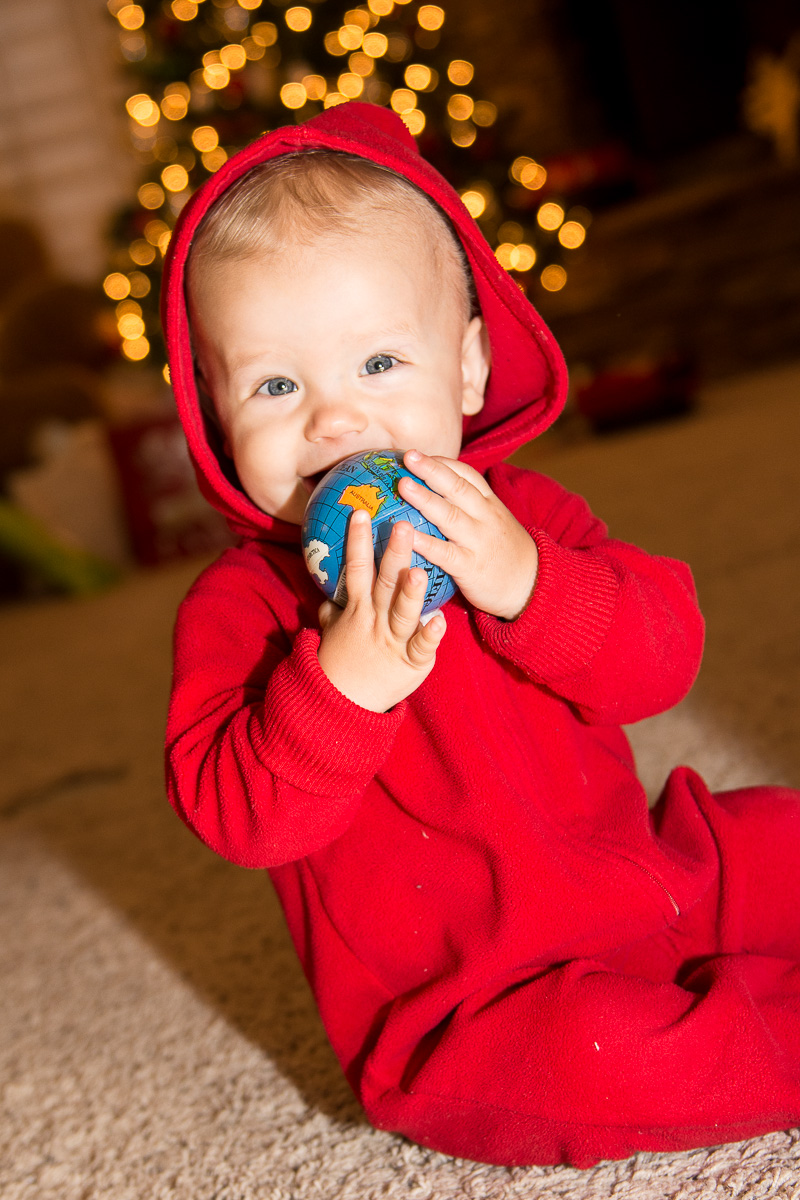 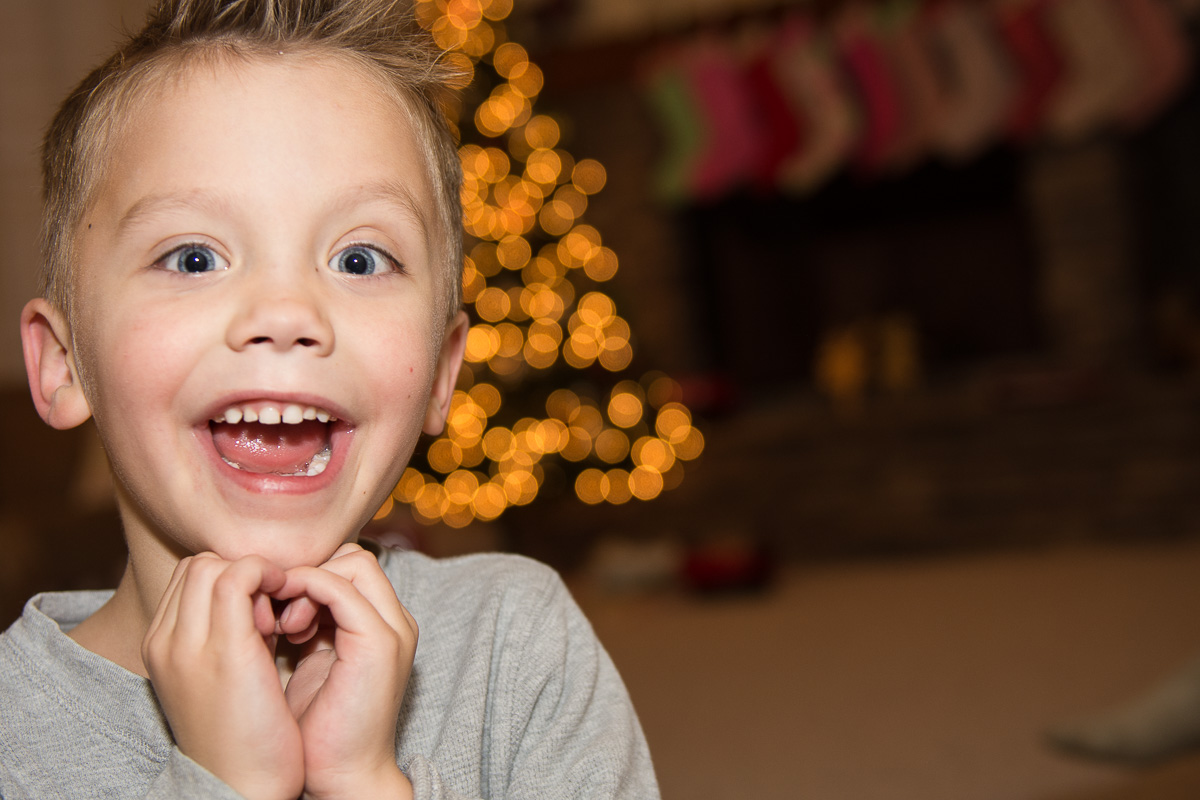 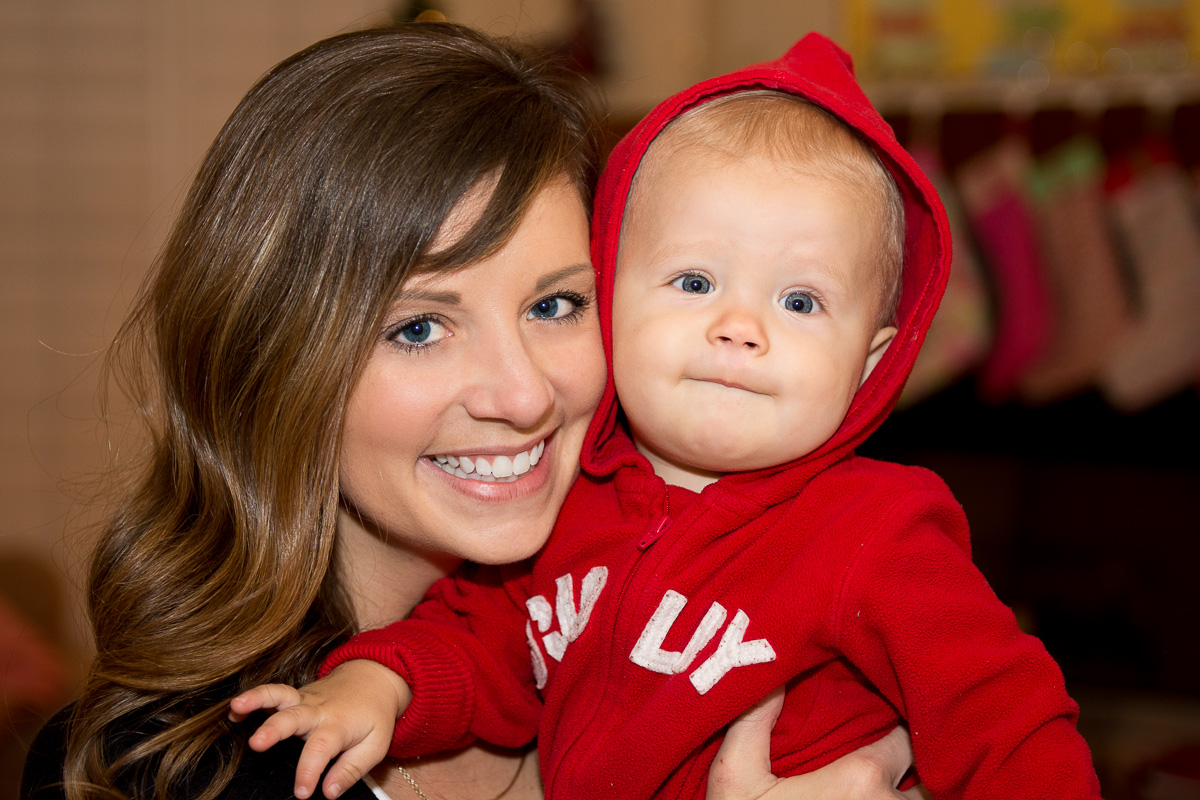 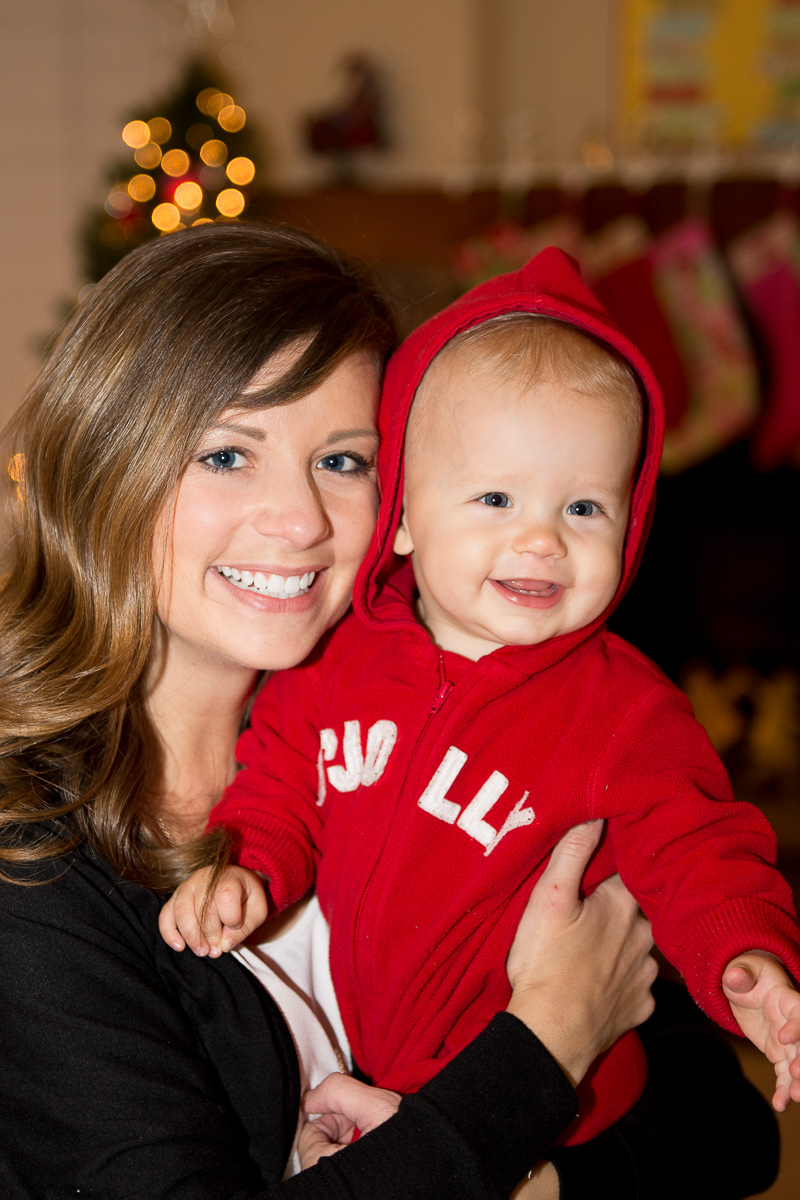 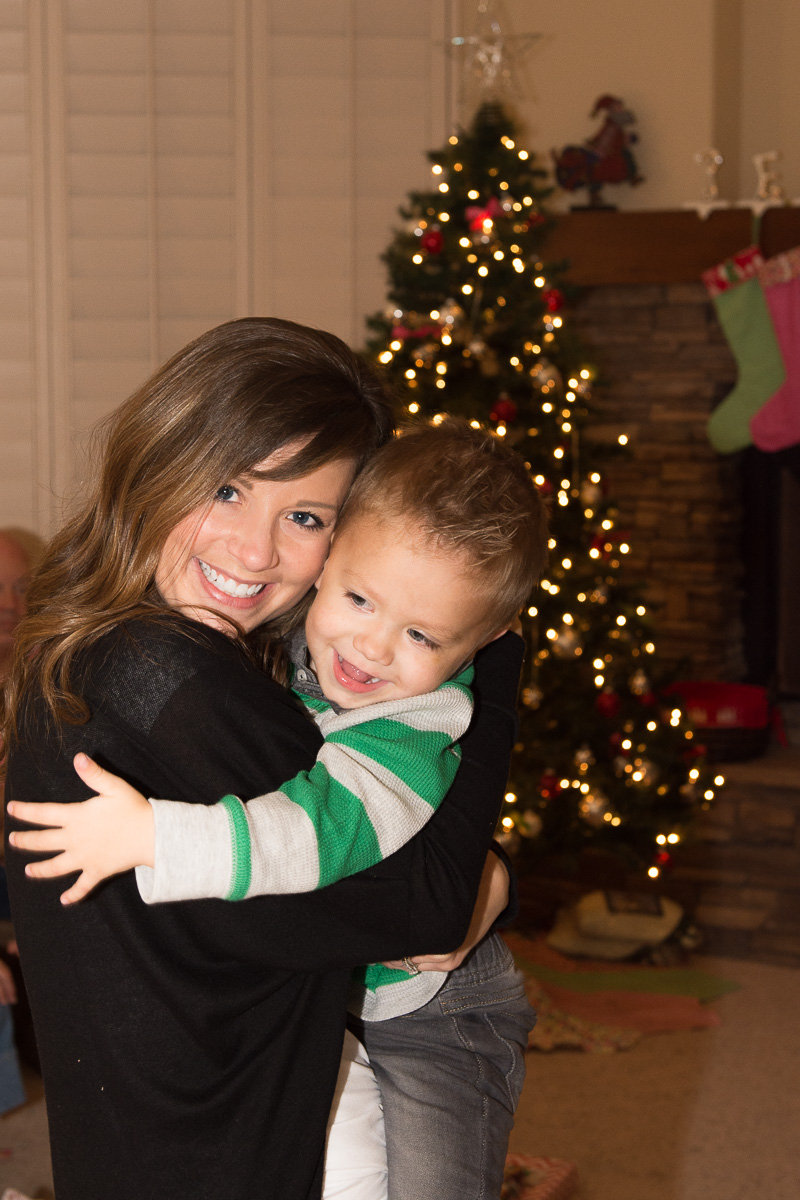 The boys grew impatient waiting for the grown ups to clean up Christmas Eve dinner. They settled into a game by the tree in between asking us every three minutes when it was time for the festivities to begin. 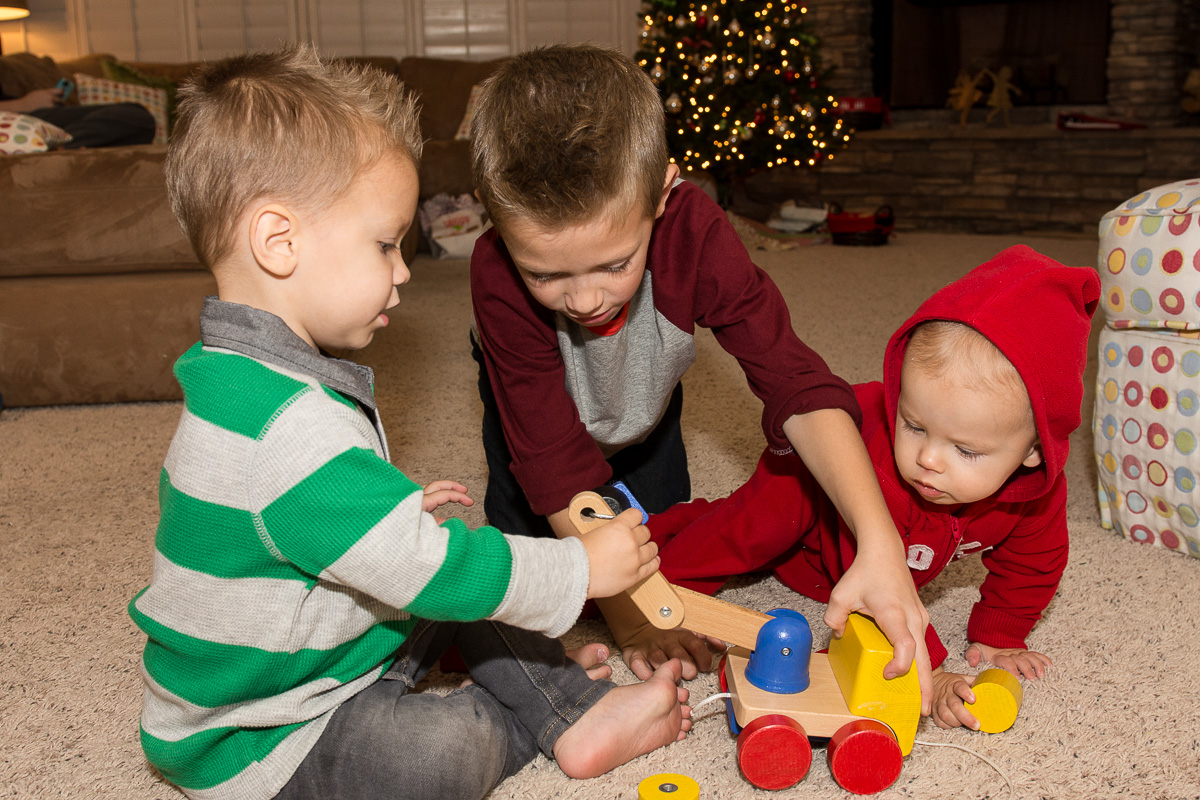 We began the night by distributing handbells to play some carols. 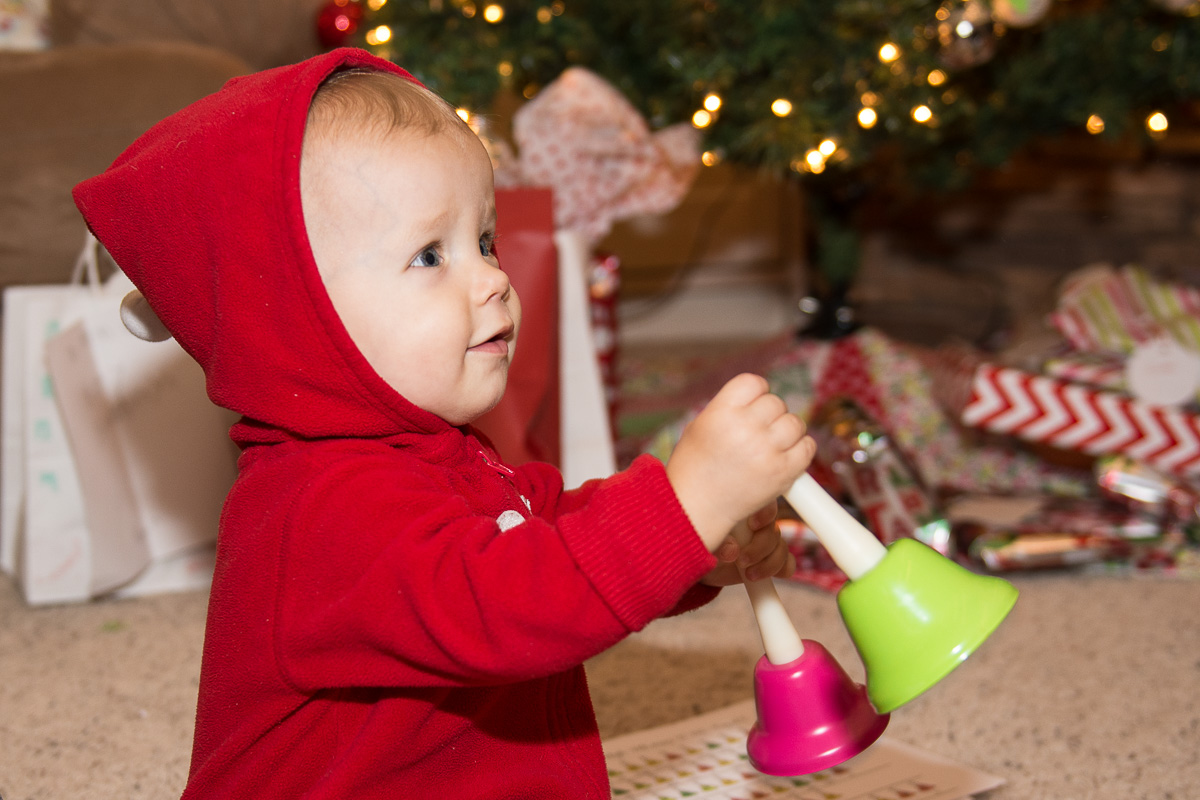 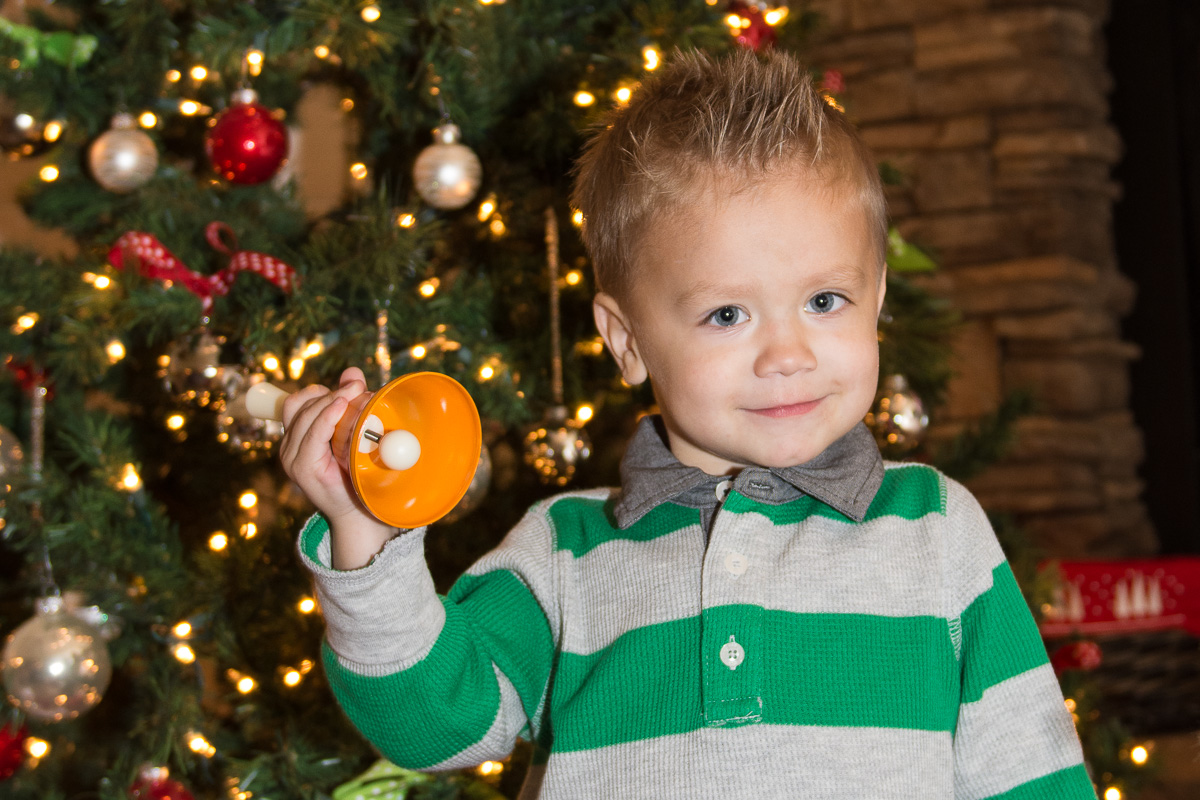 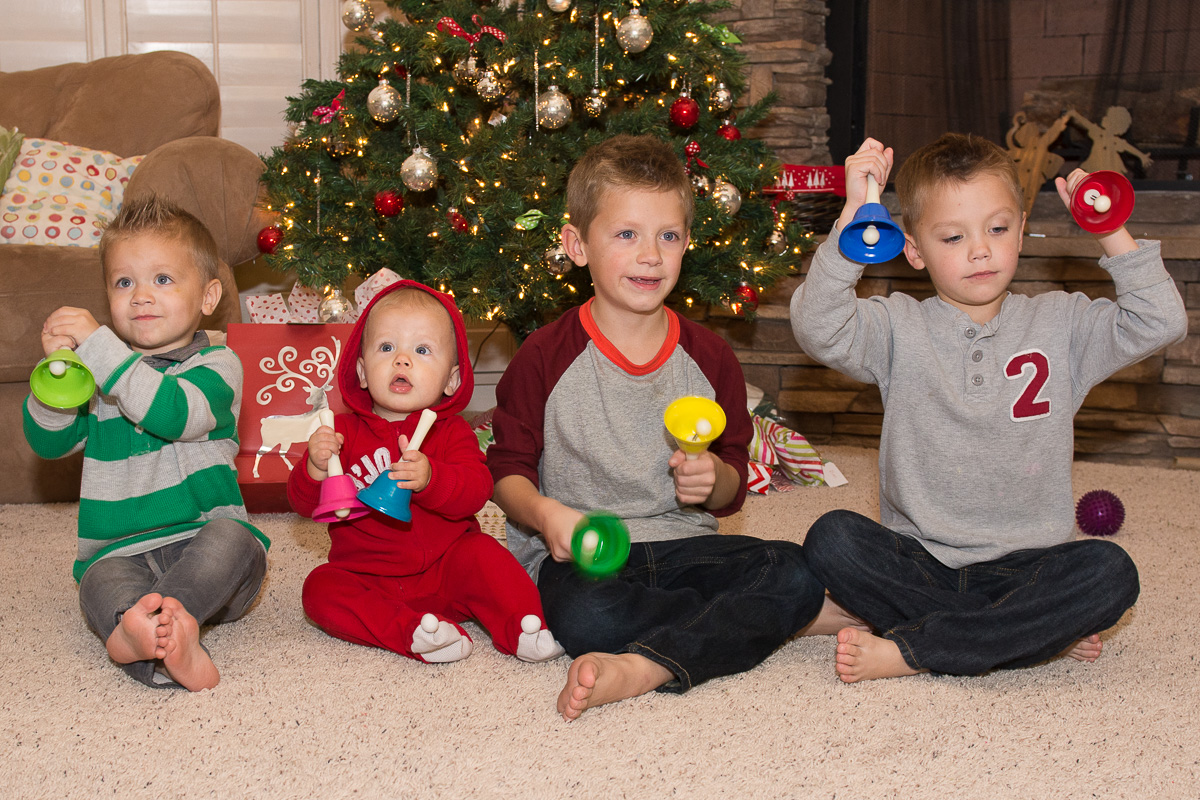 The boys clearly had different levels of enthusiasm for the handbells. 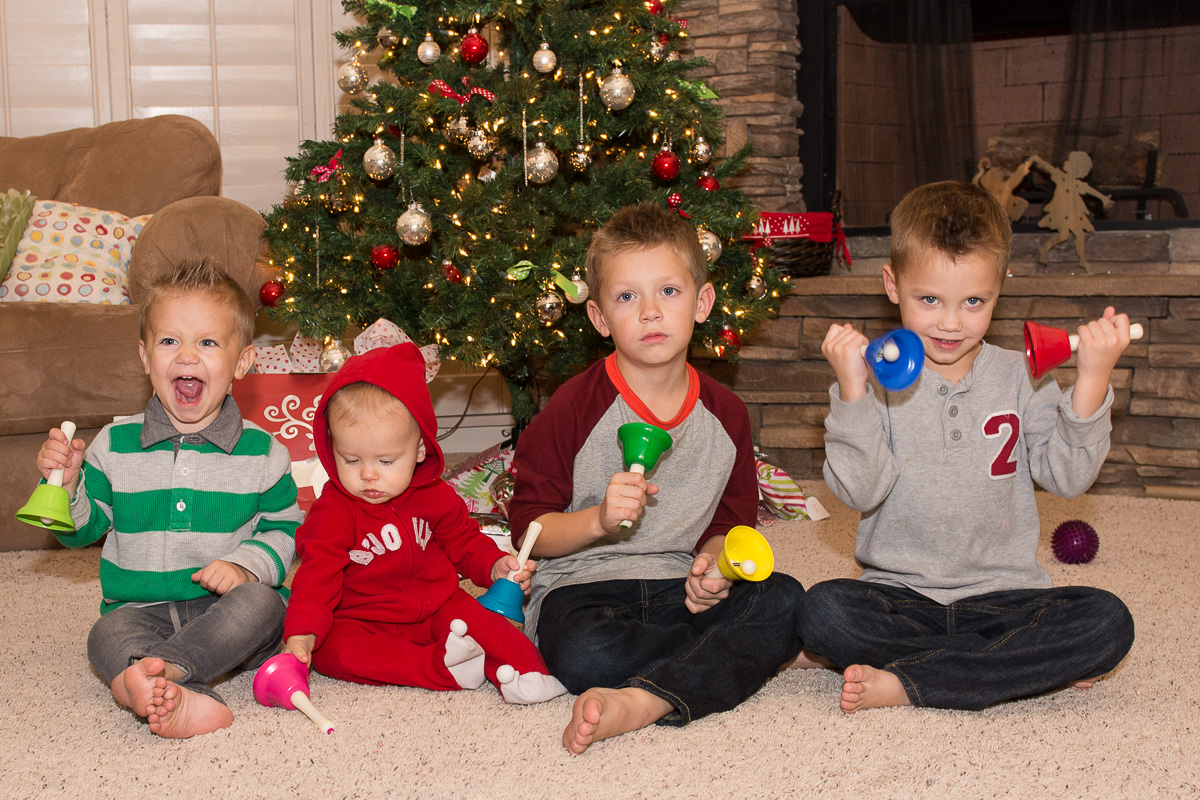 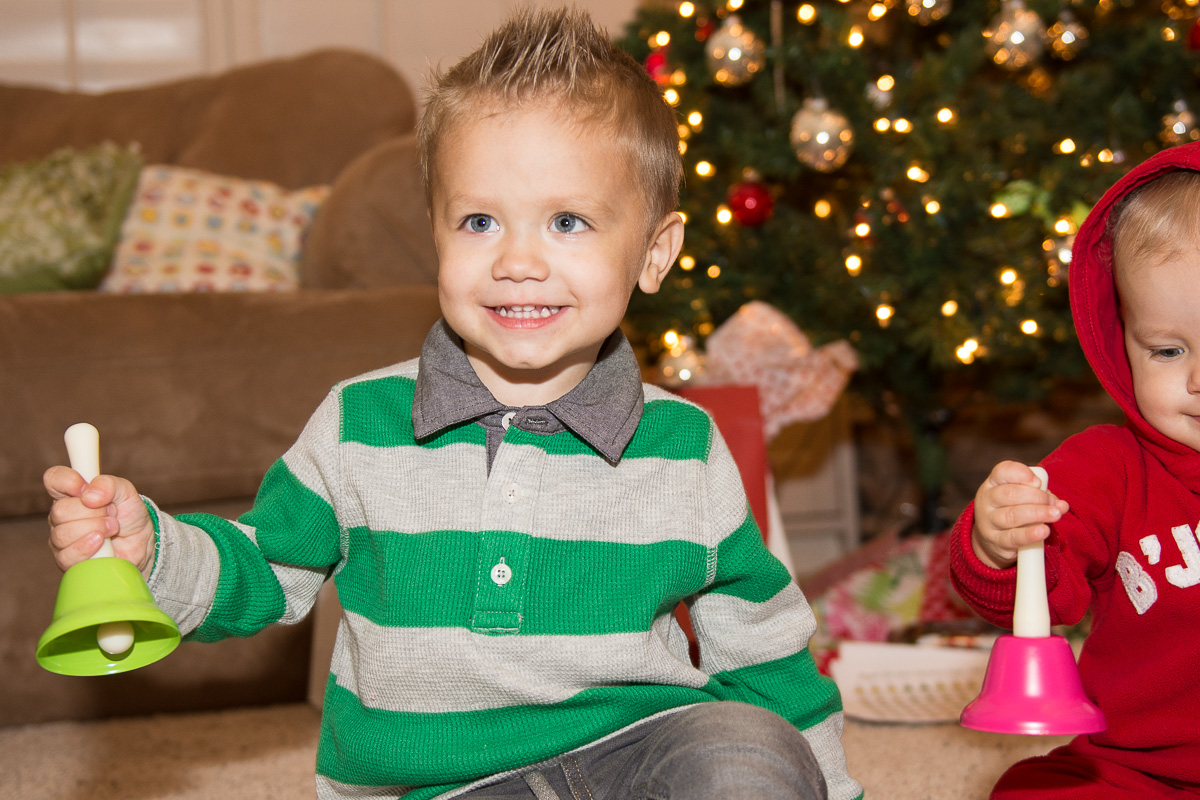 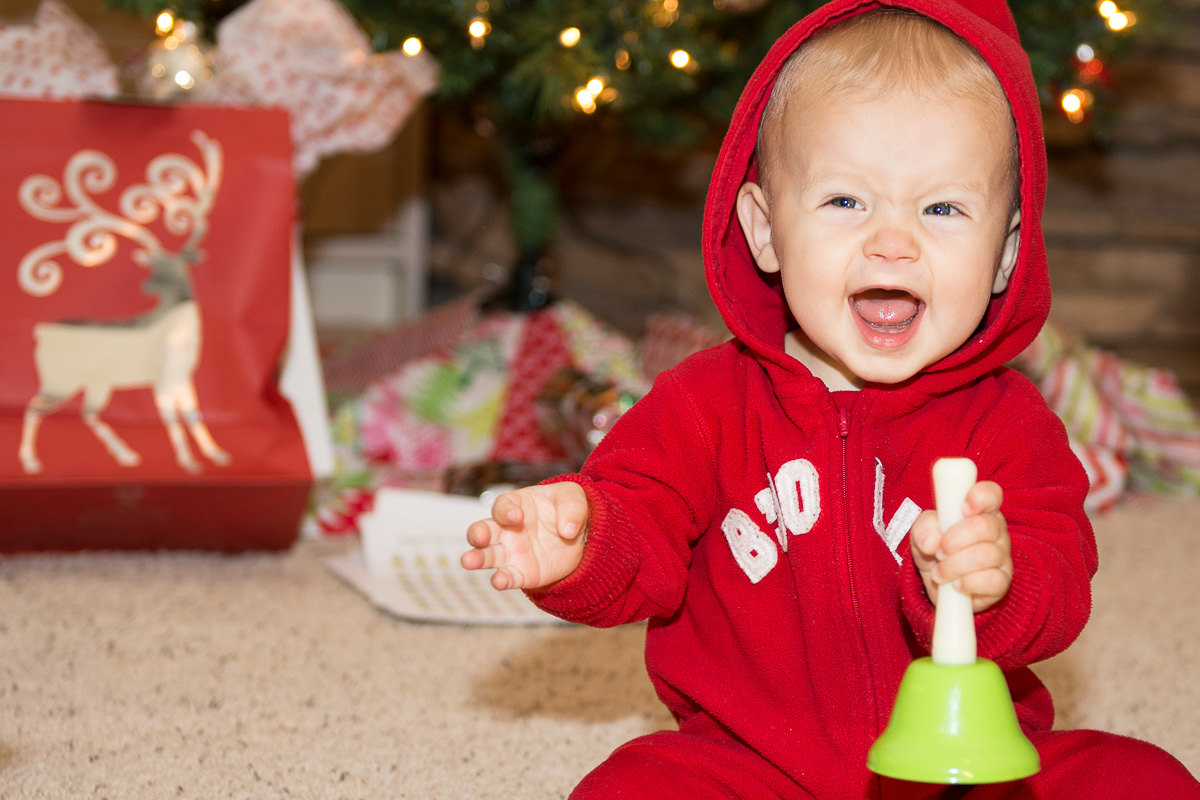 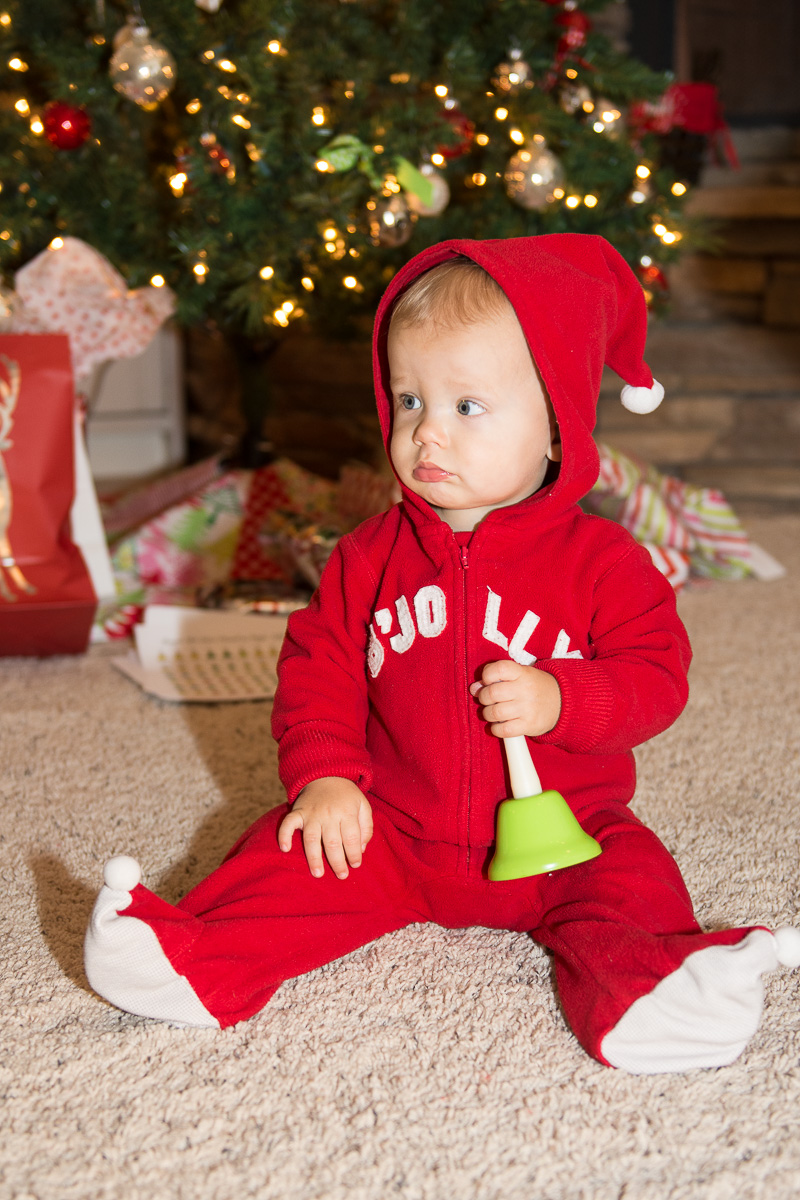 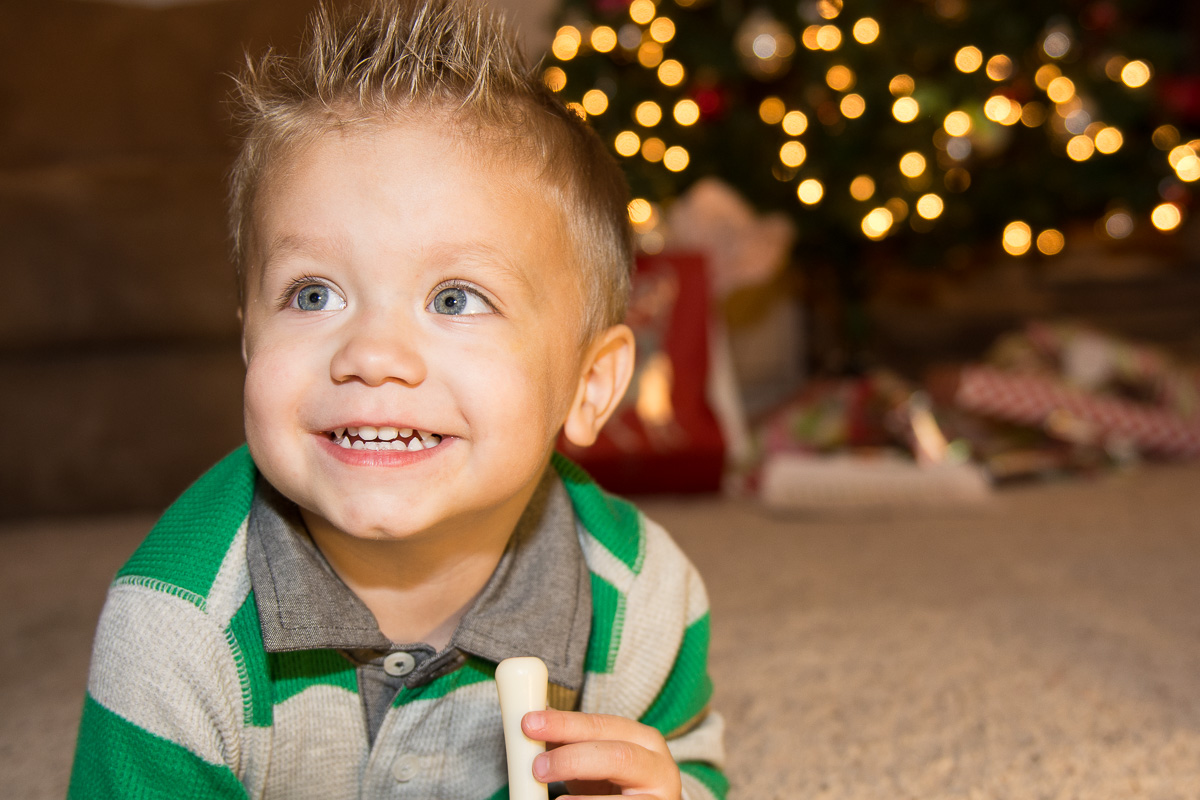 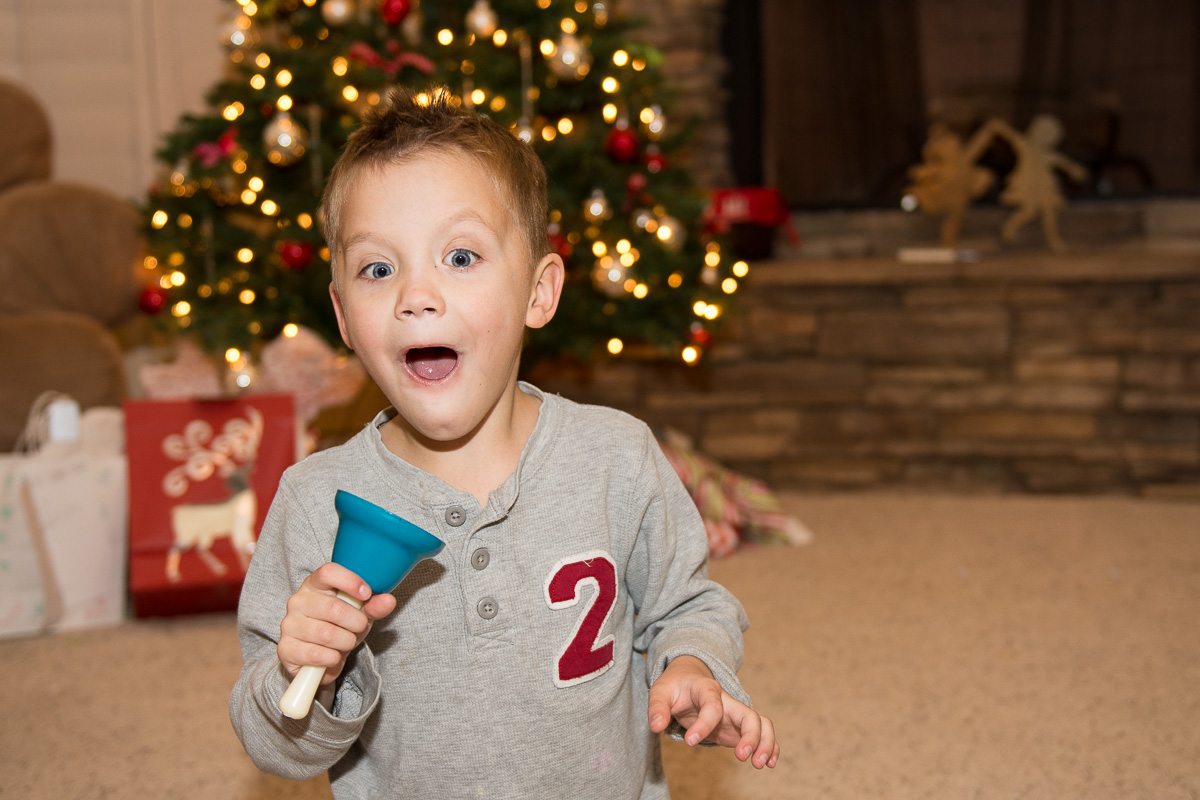 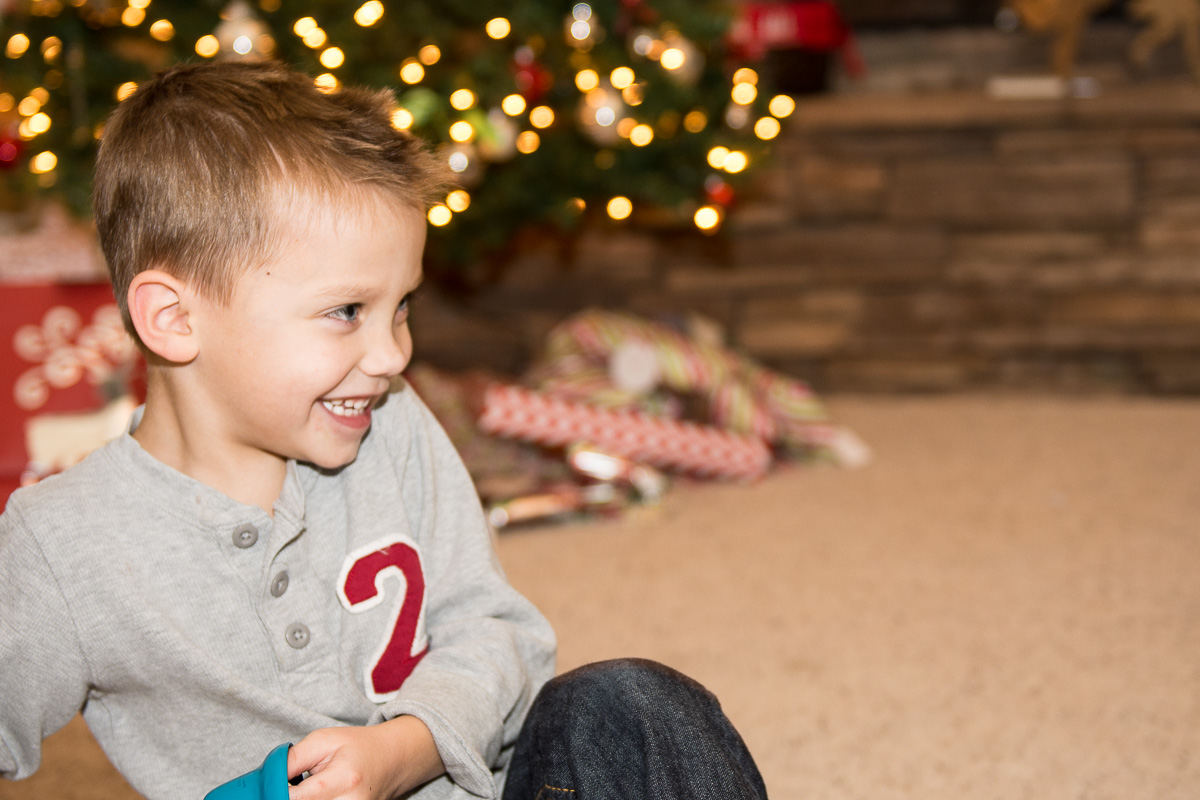 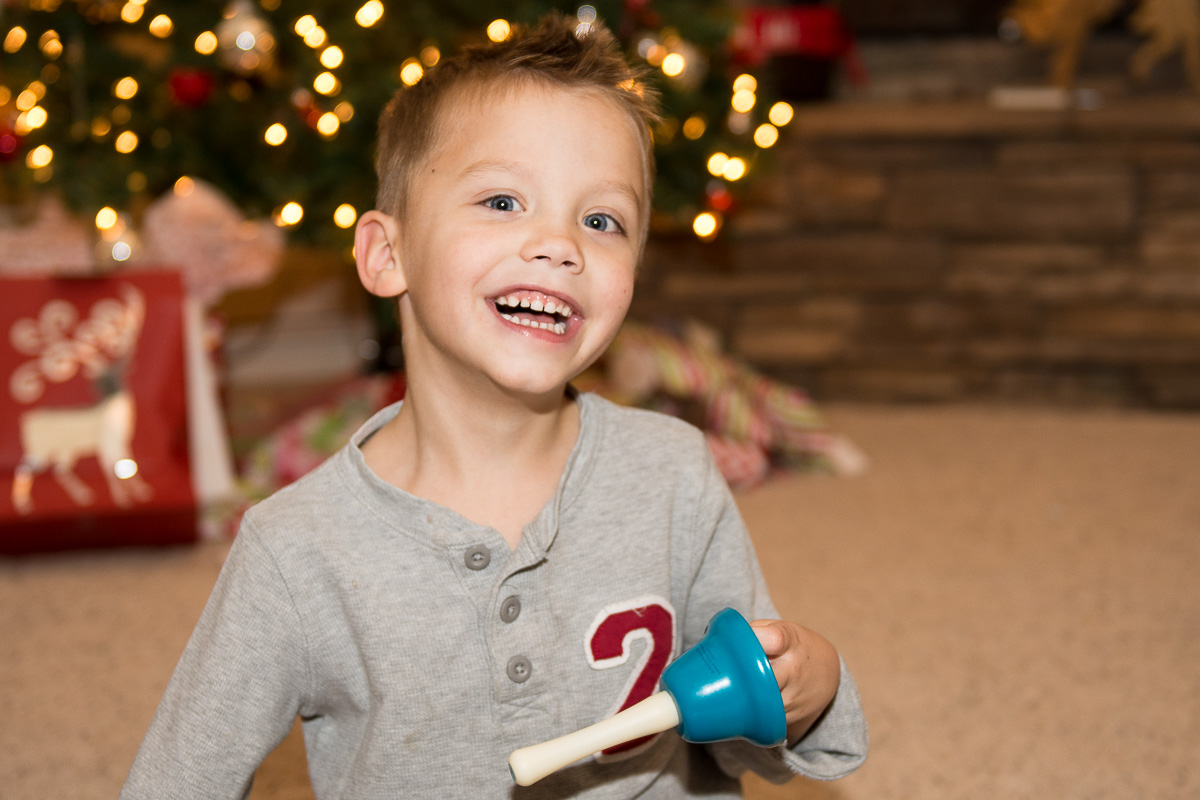 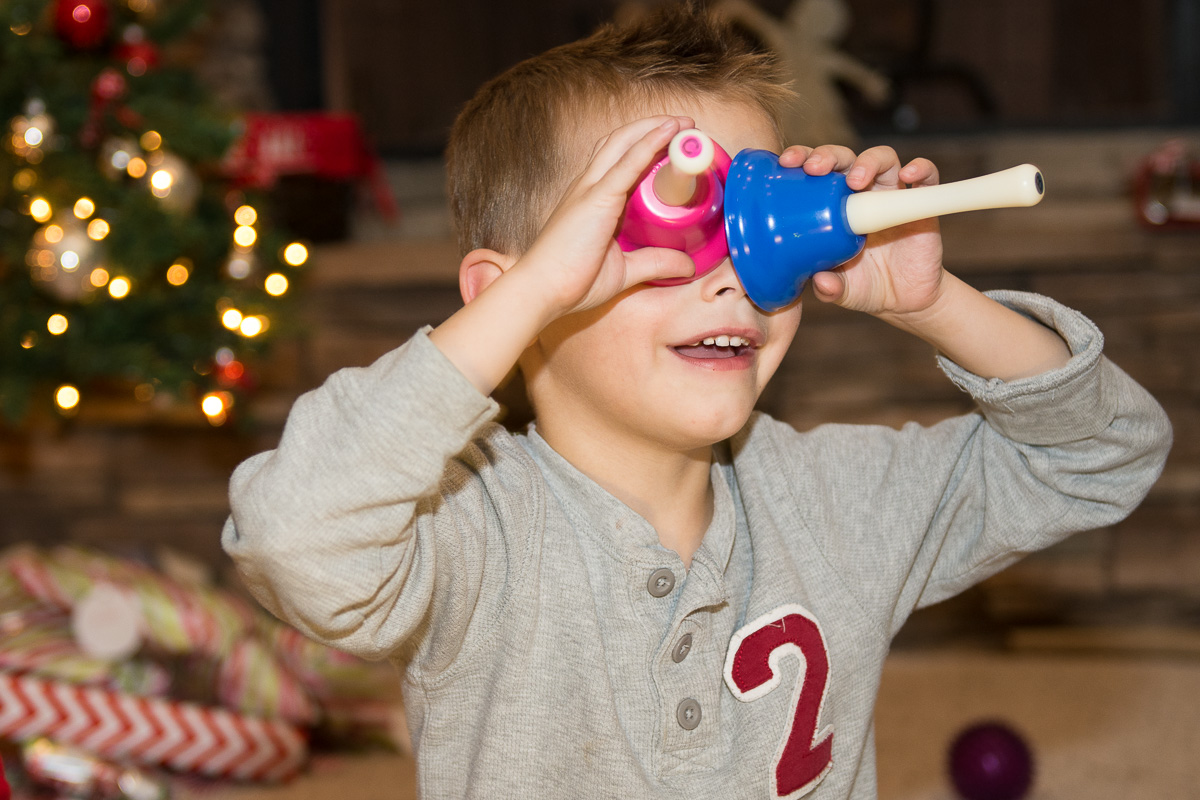 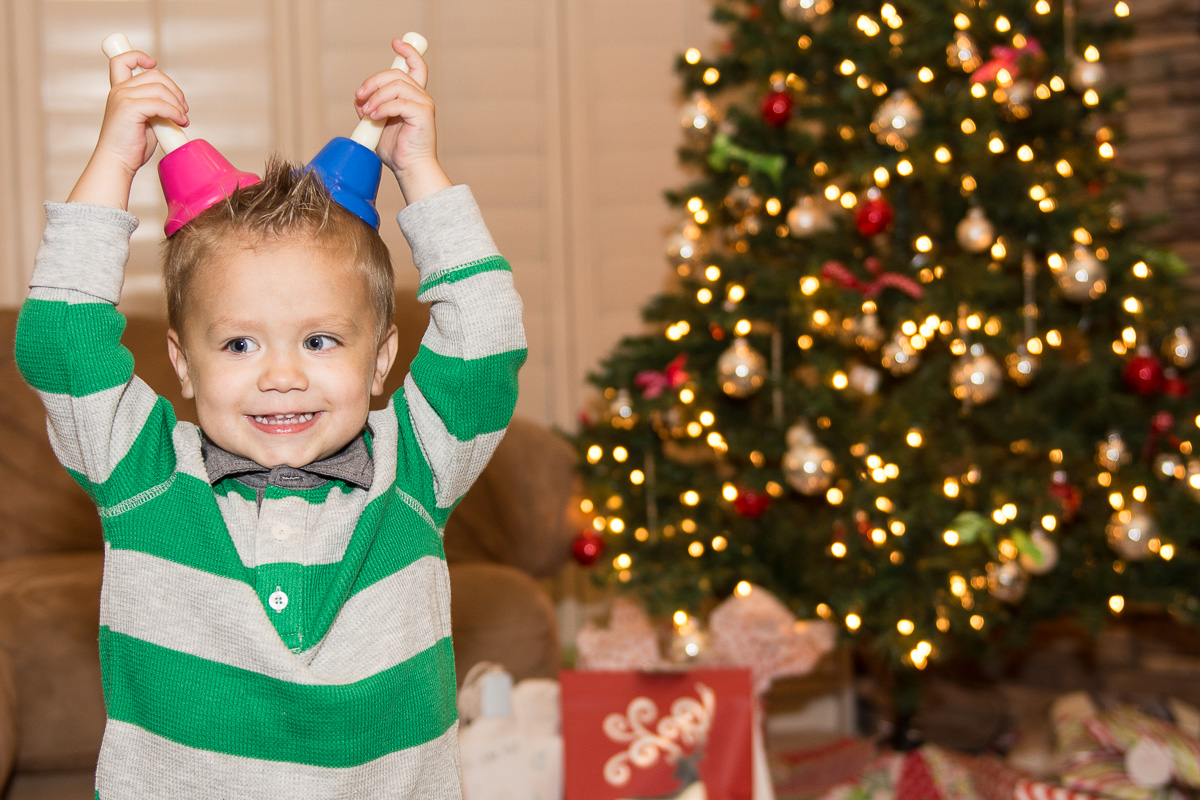 Once the handbells turned into pretend horns we decided it was time to get serious about ringing the notes. 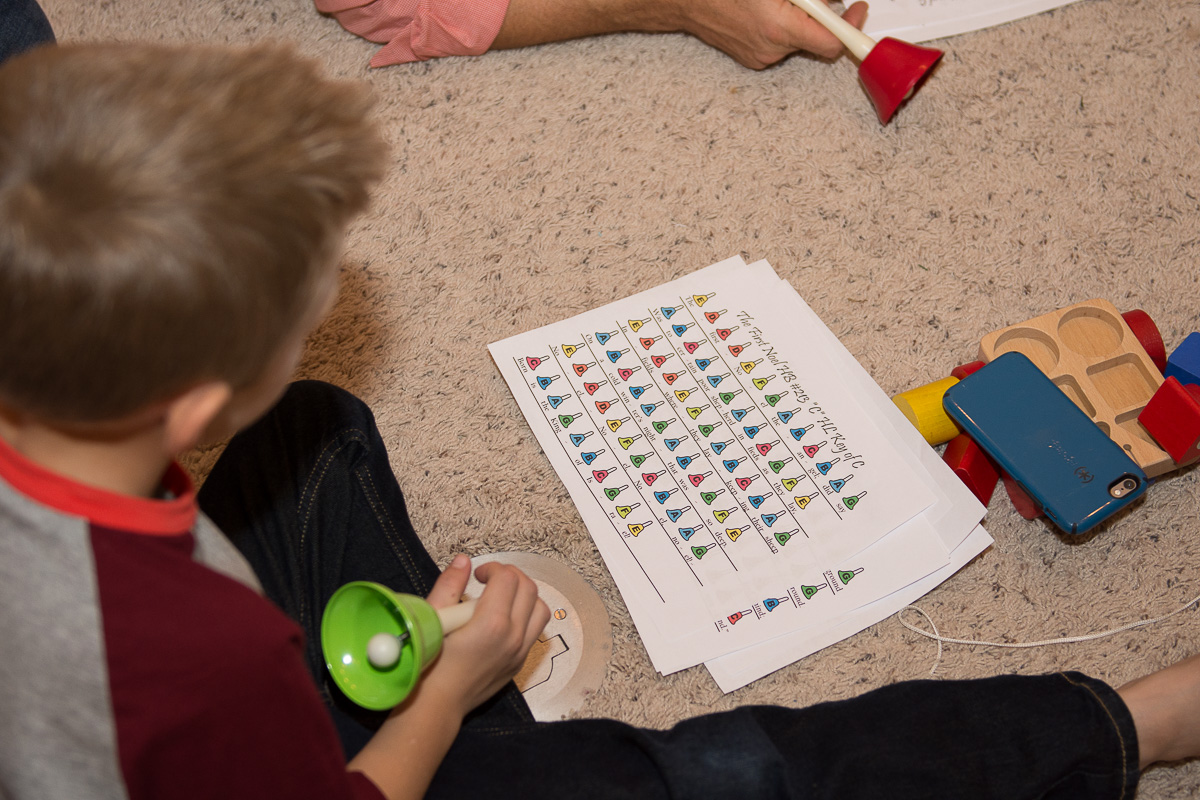 We made it through six or so carols before the boys decided they preferred to be pushed around in a laundry basket. 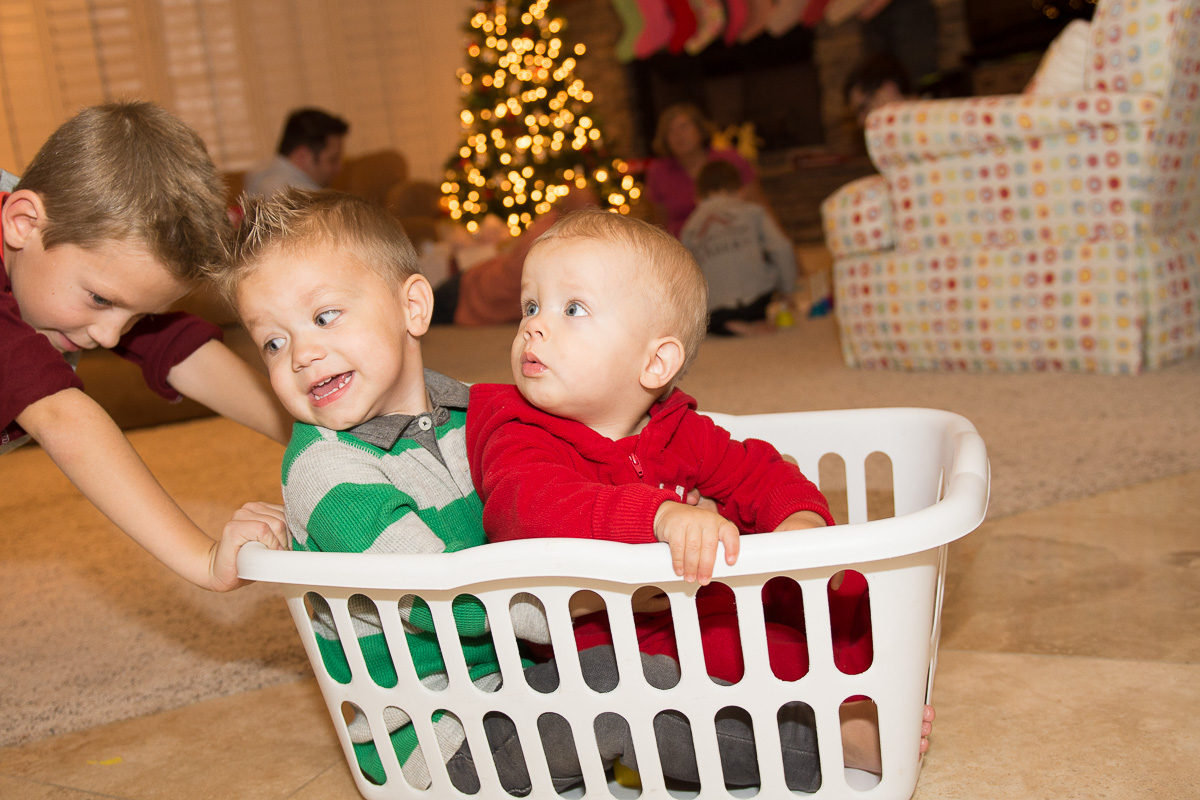 They were most excited about what came next. 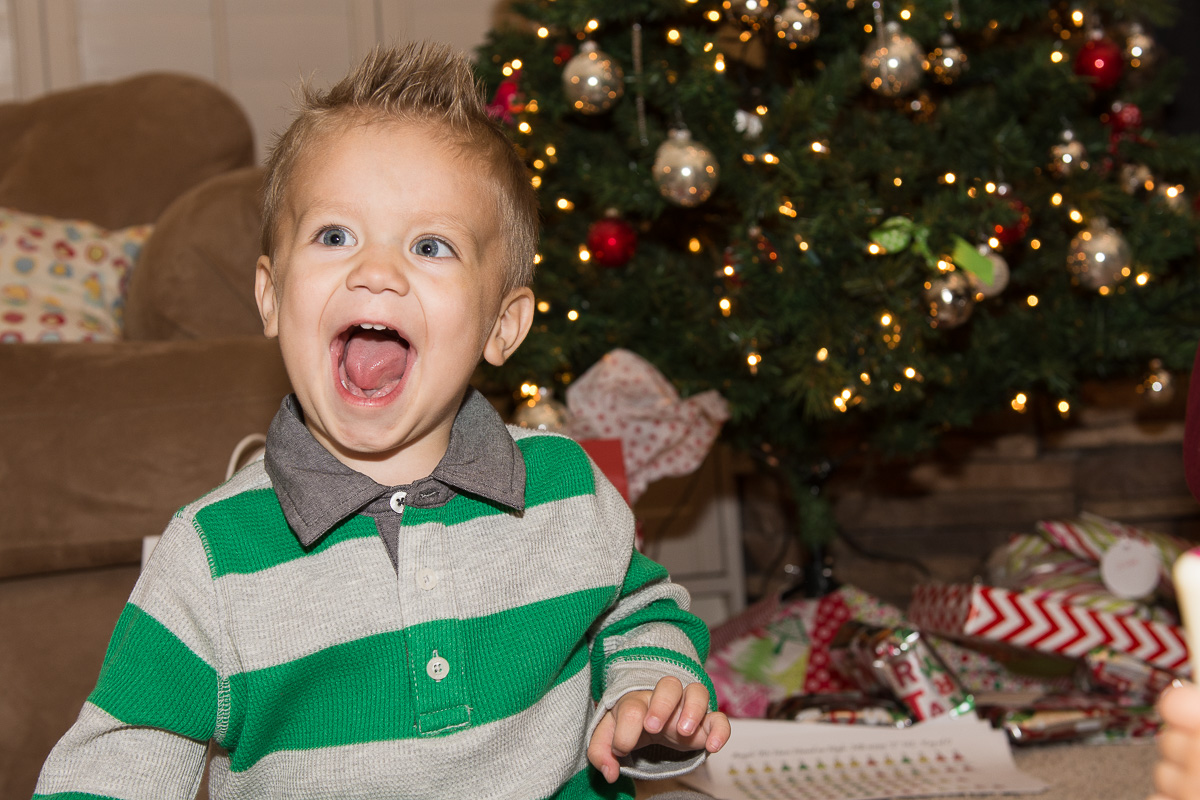 We decided most of the boys were old enough this year to do a sibling gift exchange. They had the best time picking out presents for each other and I loved keeping the focus on Christmas Eve on “giving” rather than “getting.”

They each gave a gift to the next younger sibling and we plan on starting a rotation from year to year from here on out. 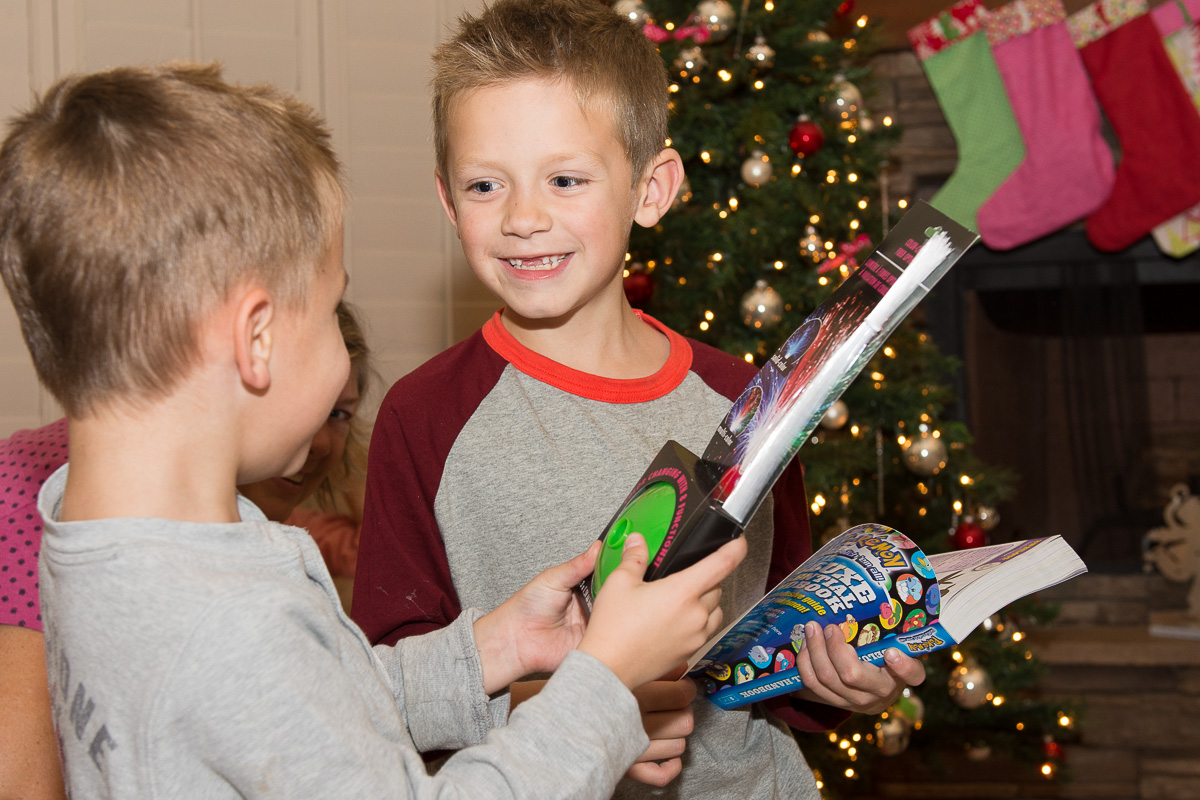 Nash set his heart on a Pokémon handbook at each of his school’s book fairs and sweet Blake asked if he could buy it for him back in October. We hid it in my top dresser drawer and he managed to keep it a secret for two whole months. 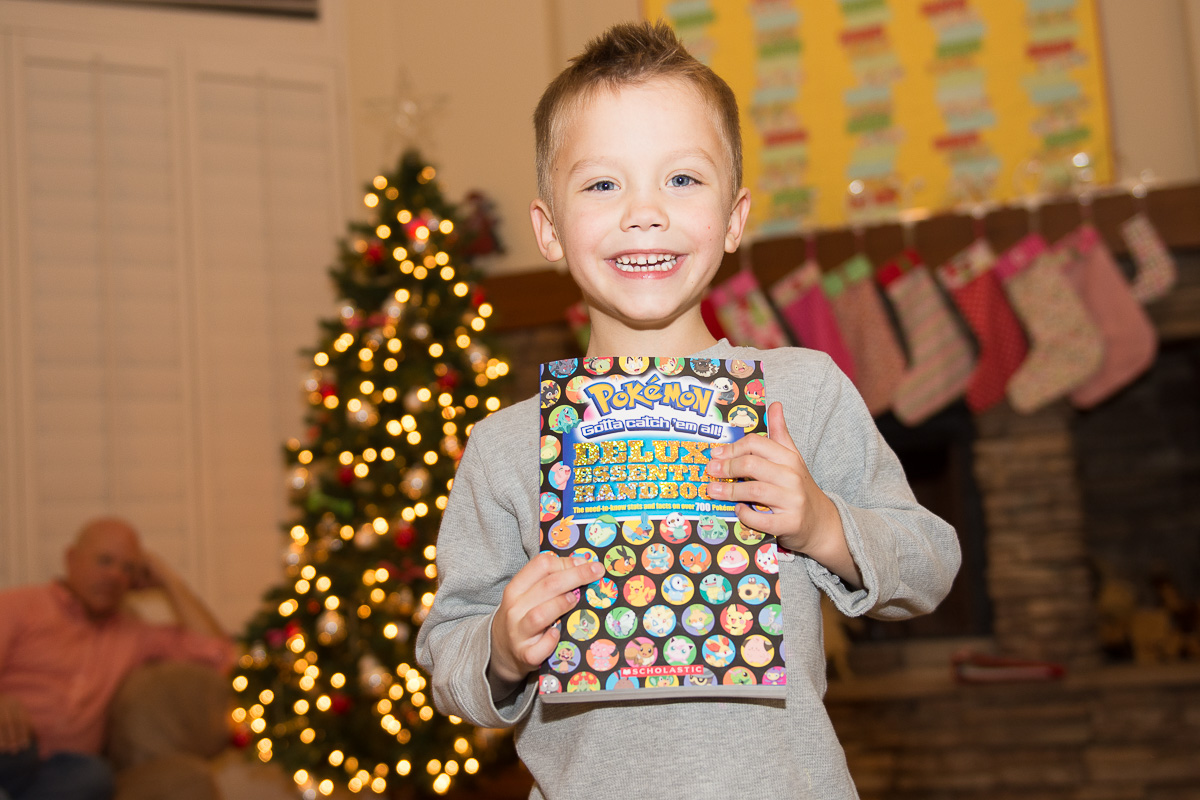 I’m not sure if Nash’s or Blake’s facial expression was better when he opened it. 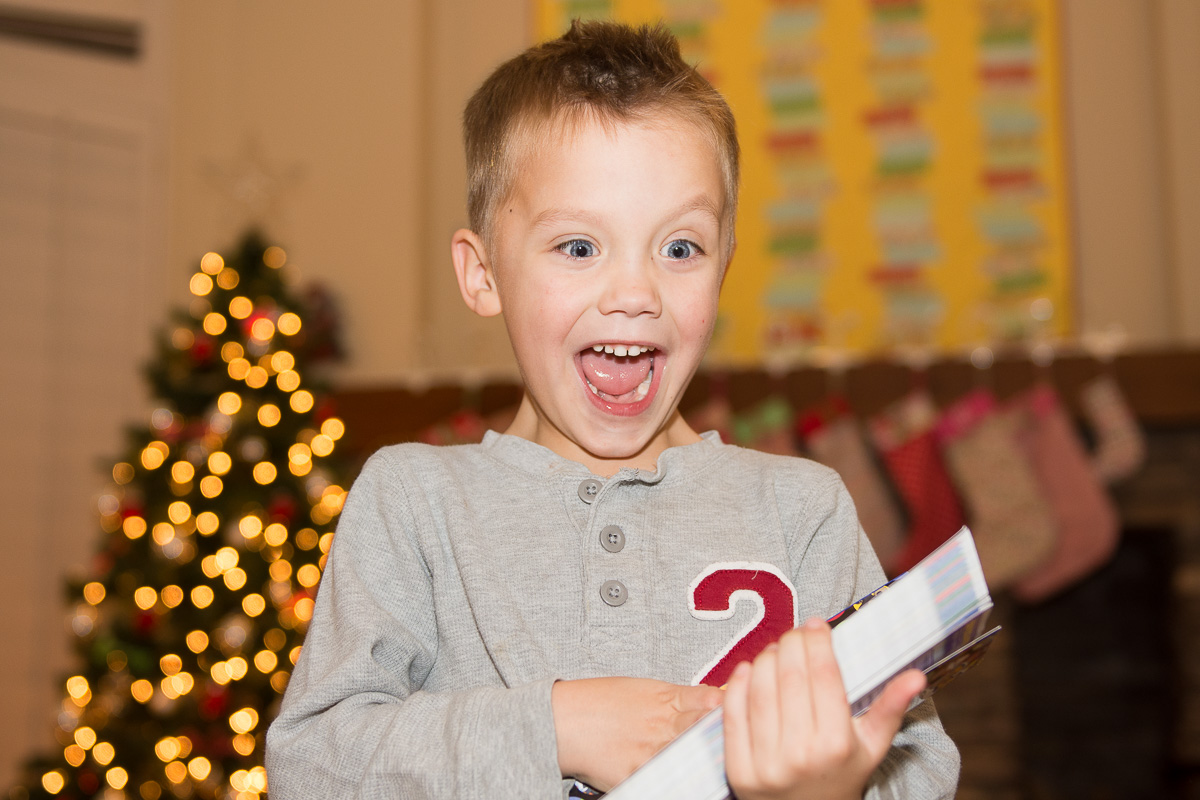 Nash gave Crew a foam baseball bat and it might have been his favorite gift of the entire year. 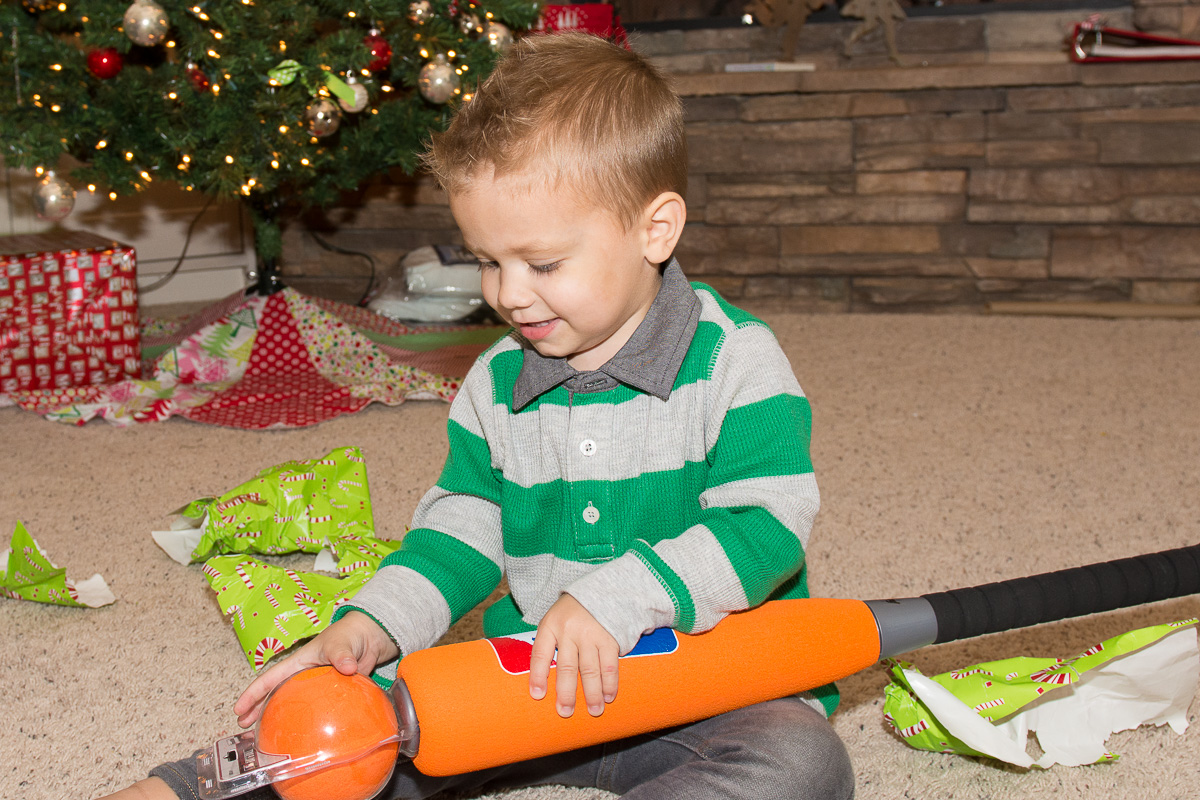 Finn received a teething toy from Crew and I “helped” Finn pick out a pirate card game for Blake. I didn’t capture their excitement on camera but there was all sorts of love in the air.

Before we tucked them into bed for the night, they each opened a hat their grandma made for them. Blake was excited that he got a “go green” (Michigan State) hat and Nash exclaimed, “You made me an Alabama hat!?” Troy and I both felt a bit proud that they were up to speed on their college football teams. 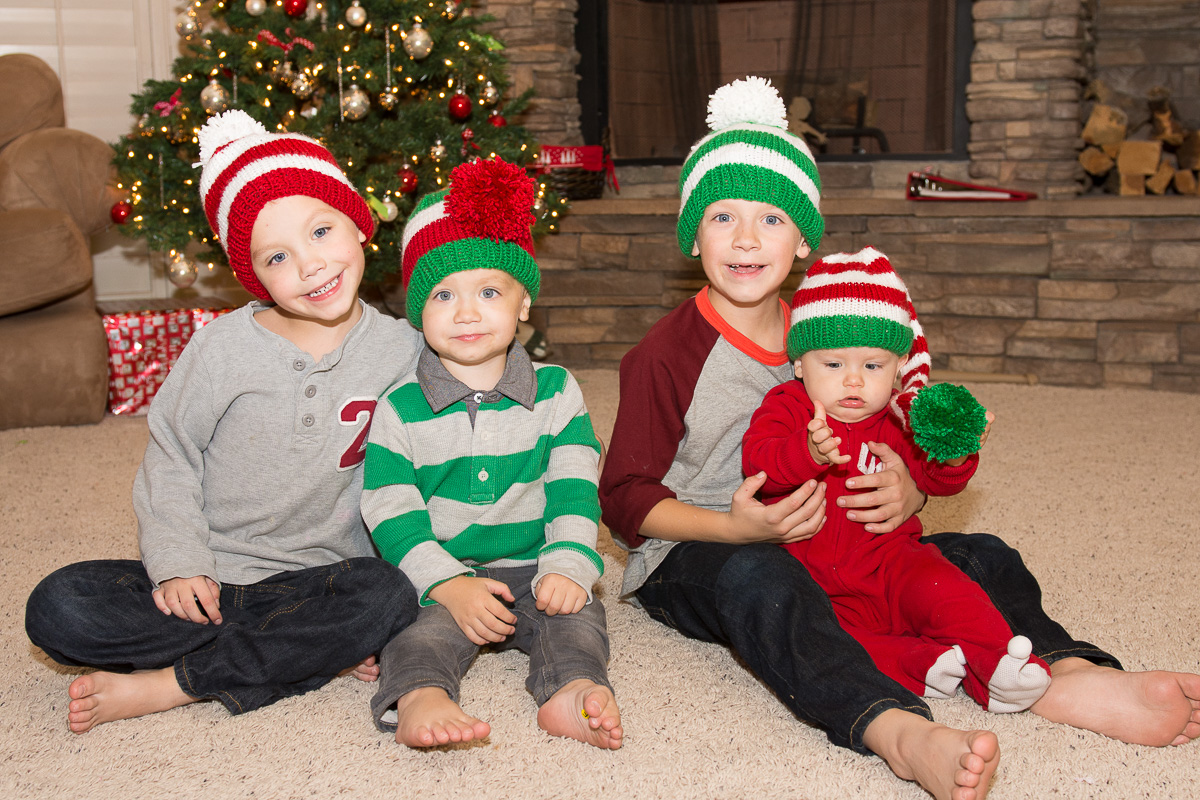 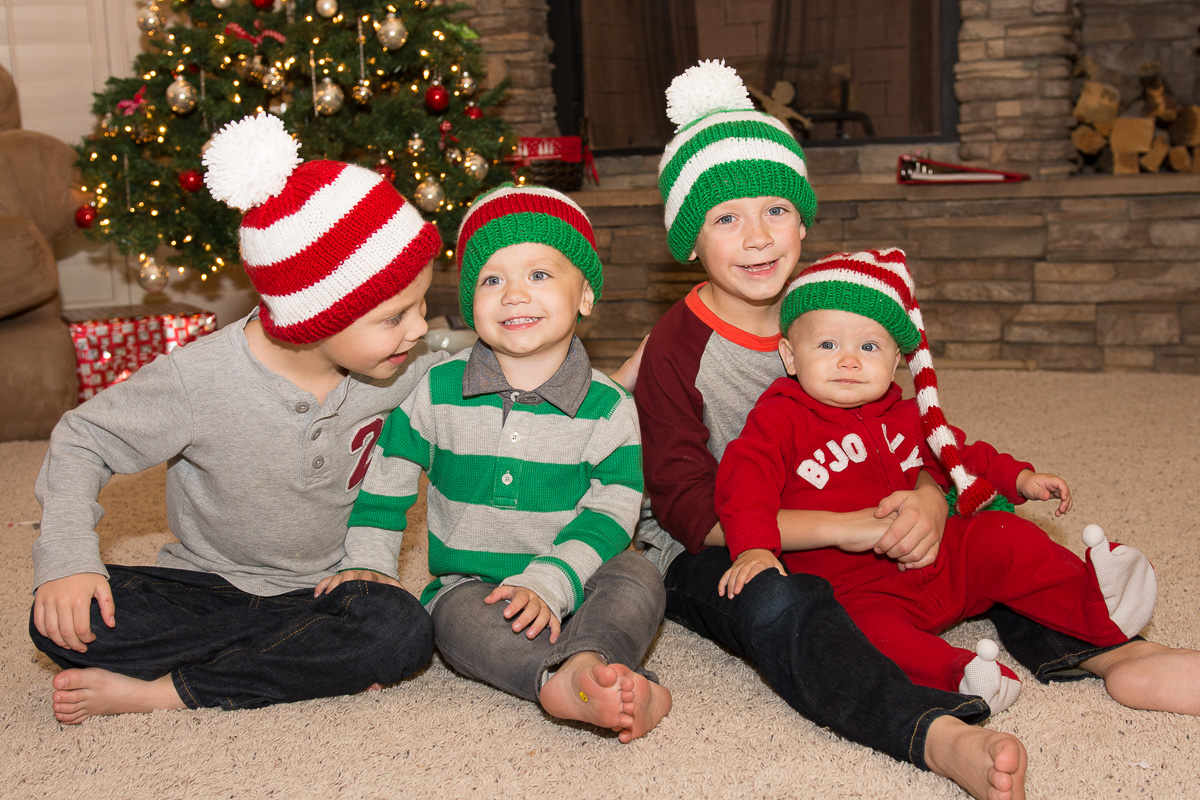 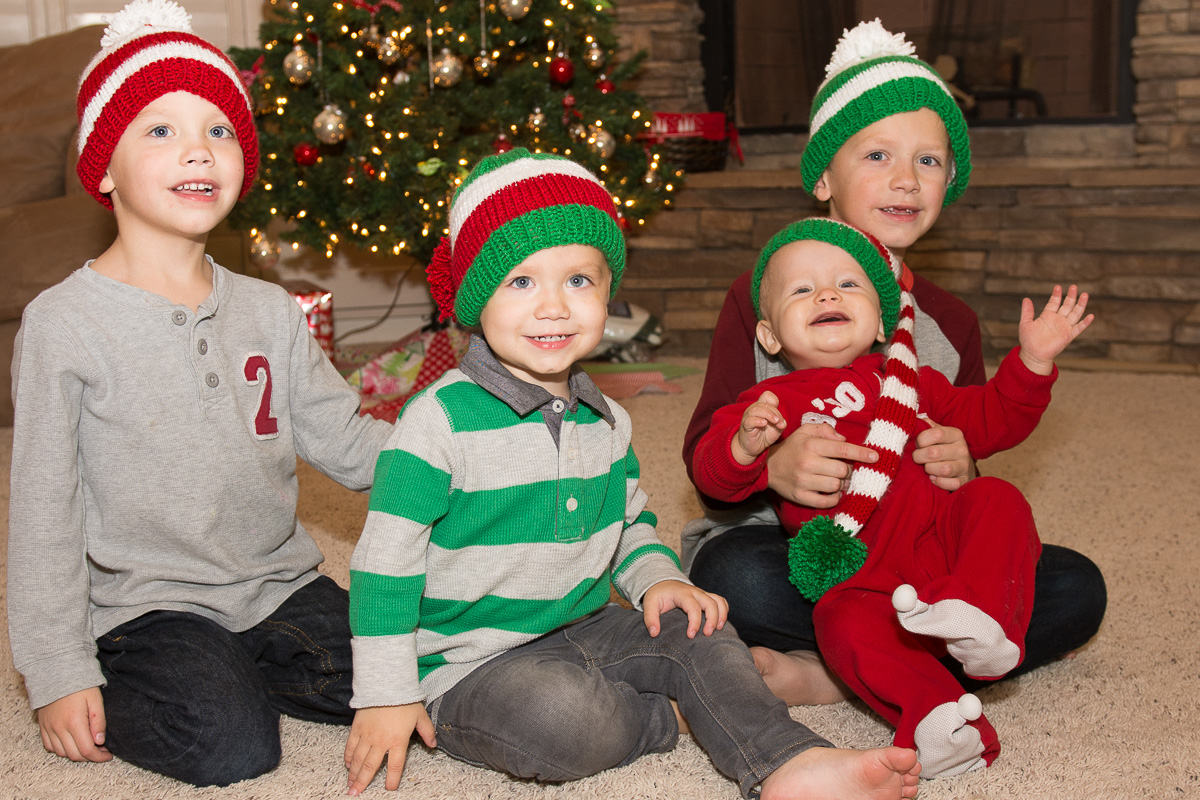 They set out cookies, milk and carrots for Santa and his reindeer and then it was off to bed while visions of sugarplums danced in their heads…