We gave the boys an 8am wake-up rule on Christmas morning, but I could hear them snickering upstairs upon finding evidence of Santa much earlier. We managed to convince them to wait until after breakfast to dig into the presents. 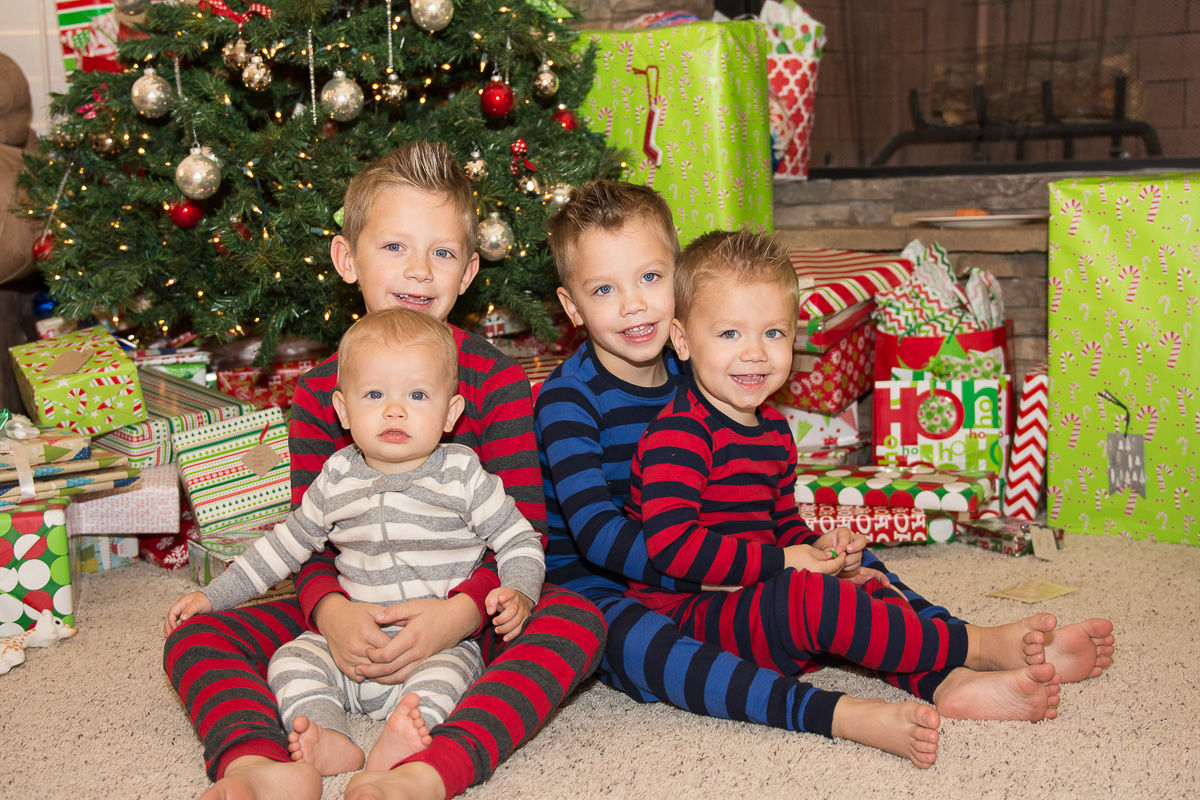 One of the best parts about having two young readers in the family is putting them in charge of distributing all of the presents under the tree. 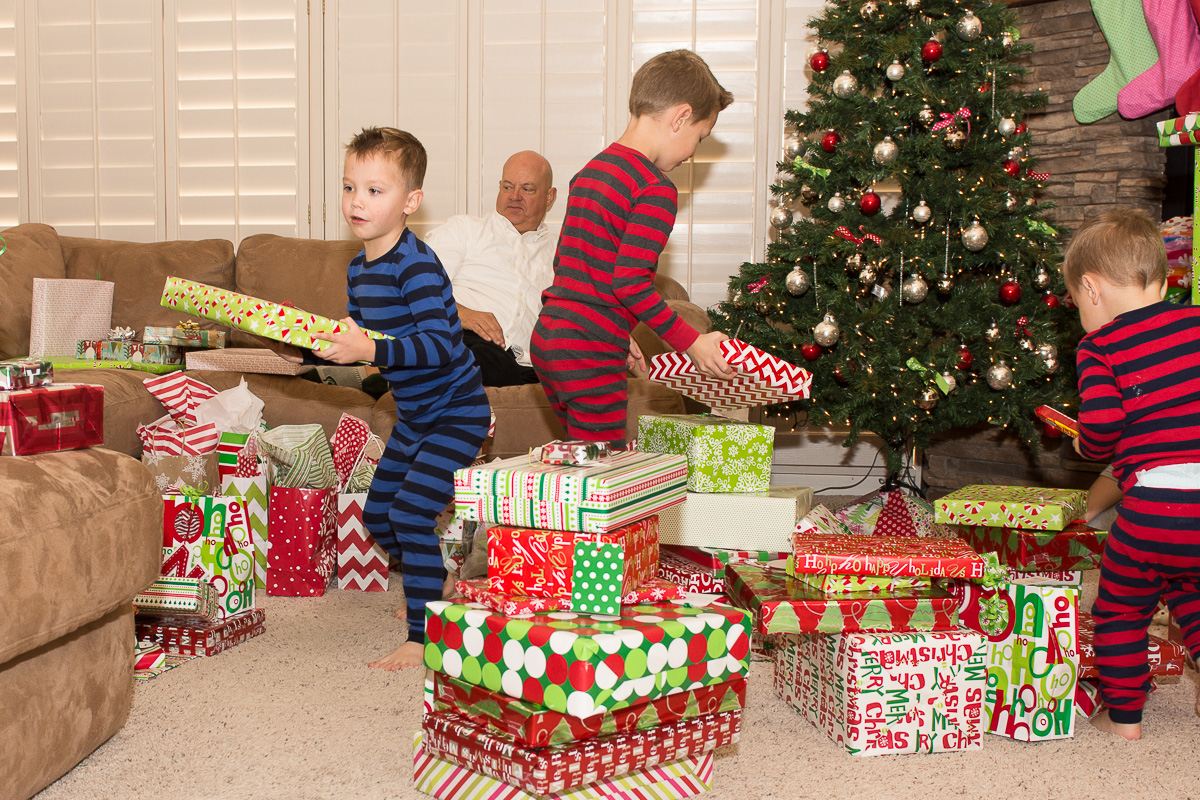 There’s nothing like watching the facial expressions on Christmas morning. 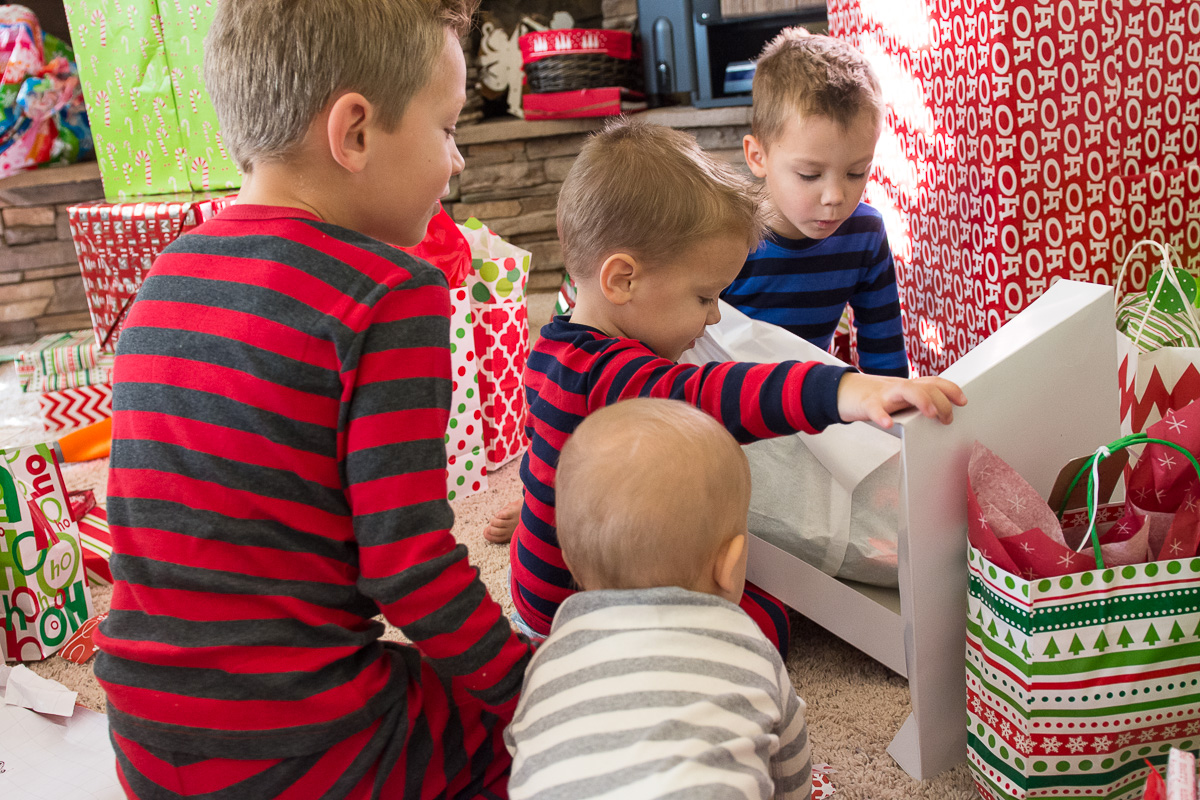 Blake was so happy to receive a replacement set of water speakers. His old ones lasted a good year before being knocked off every imaginable surface a few too many times. 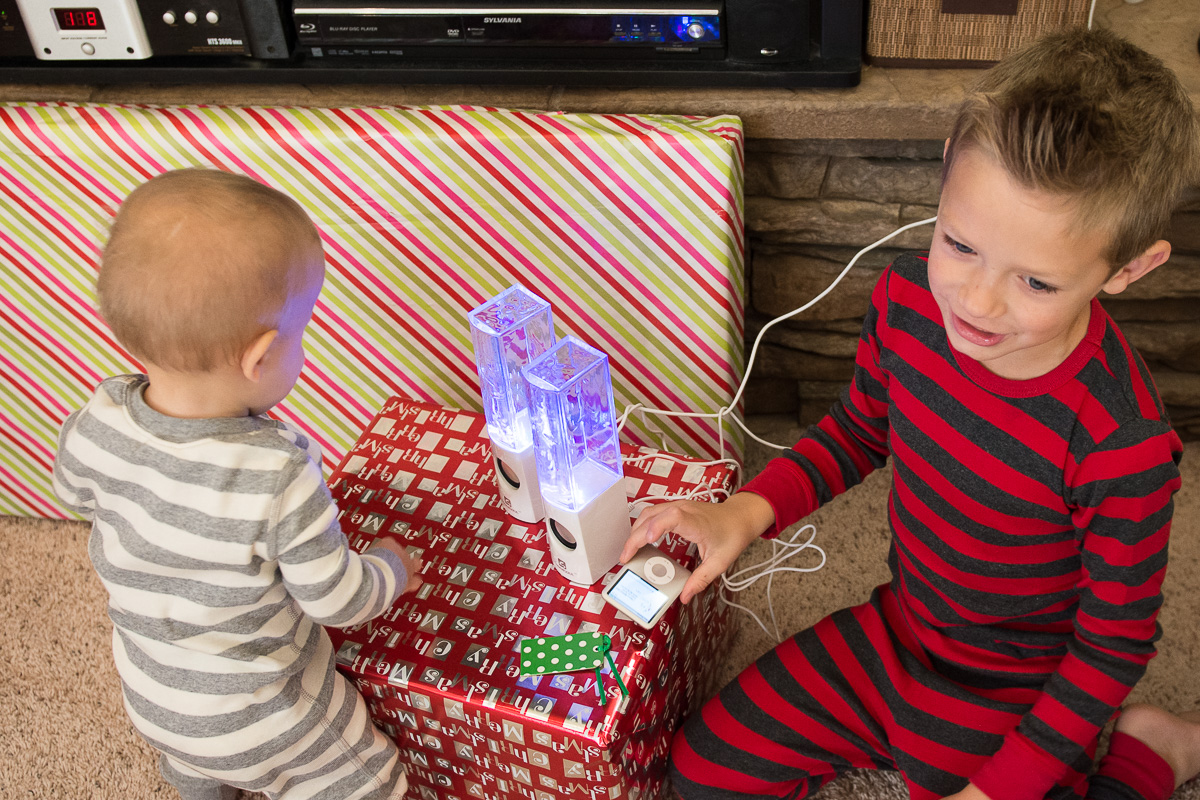 Crew was most happy about anything baseball related. 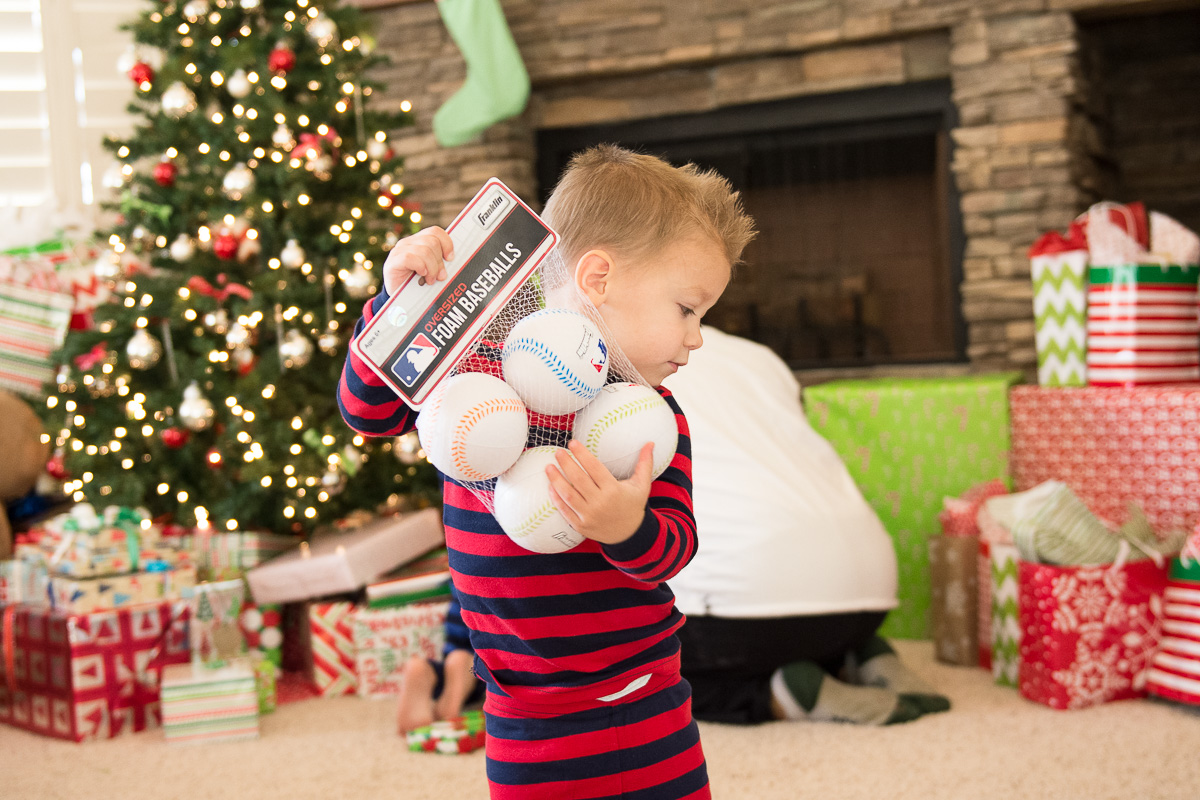 He kept resorting back to the bat that Nash gave him on Christmas Eve. 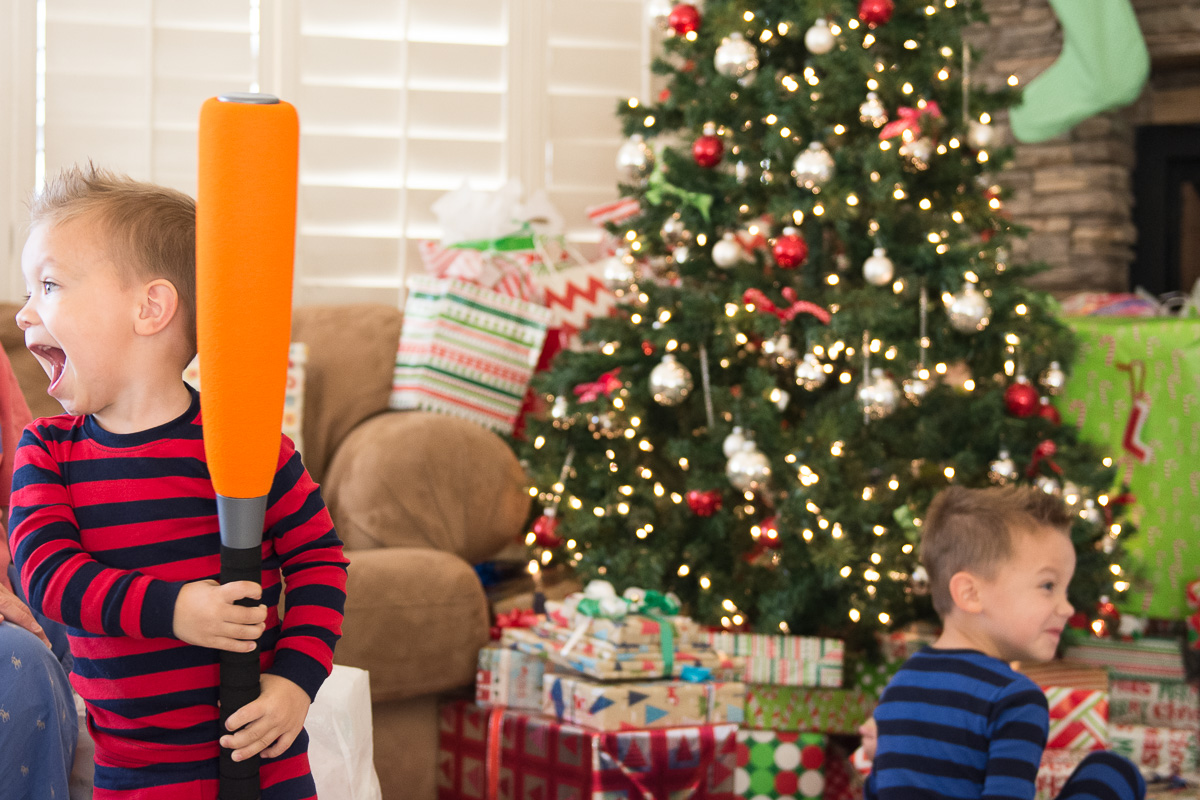 Finn was newly walking all over the place and the only time I captured him in action was when he was bringing my lens cap to me. 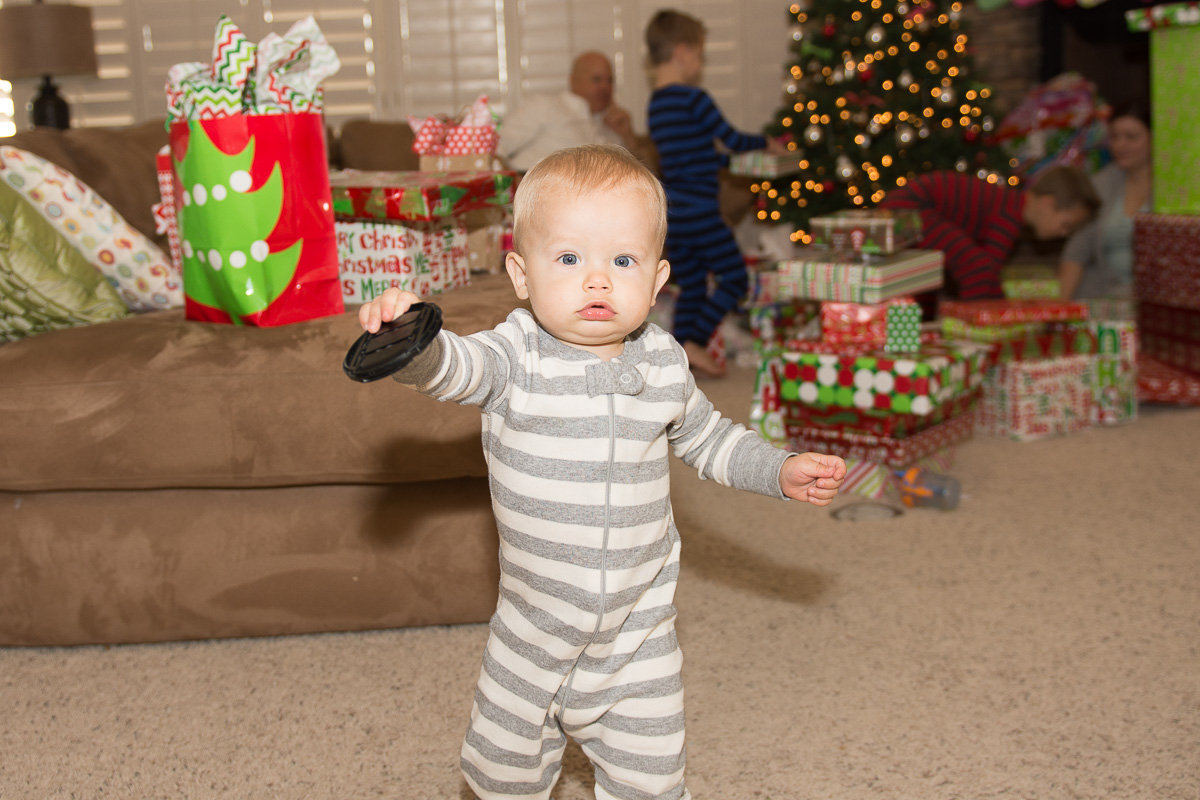 He was most interested in tearing up unopened wrapping paper. 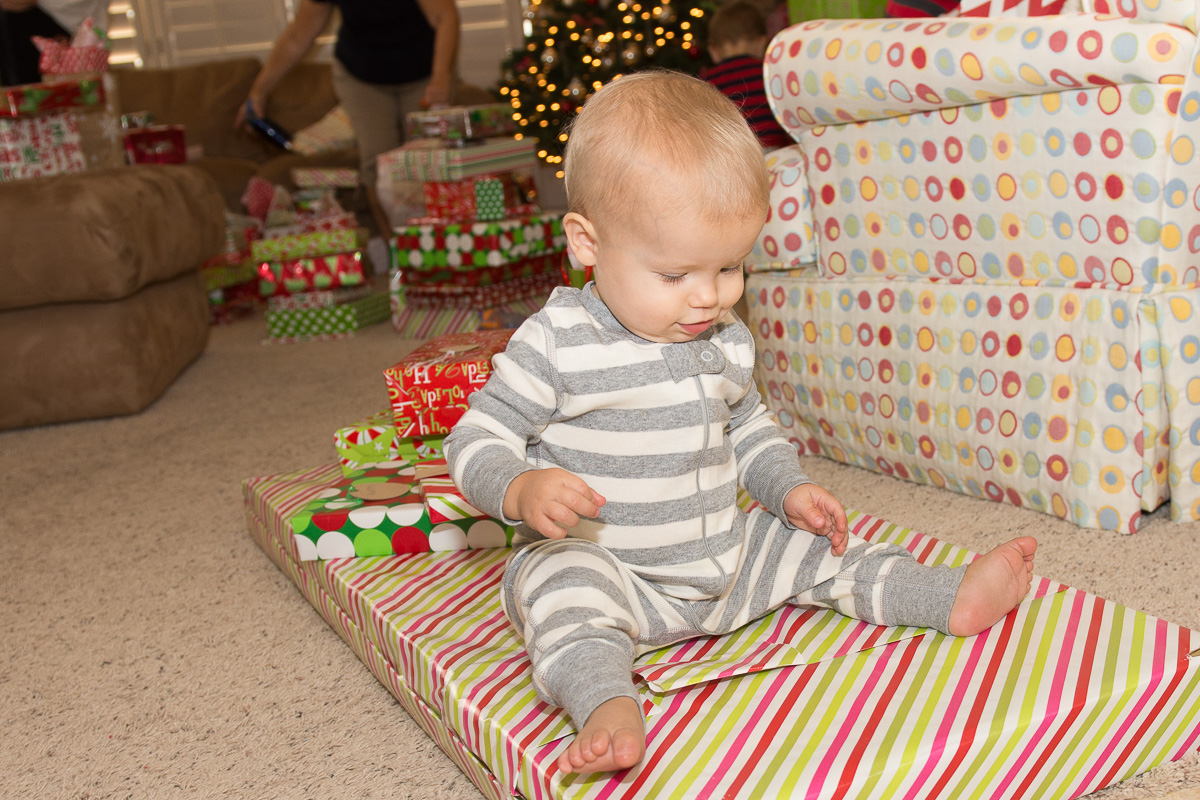 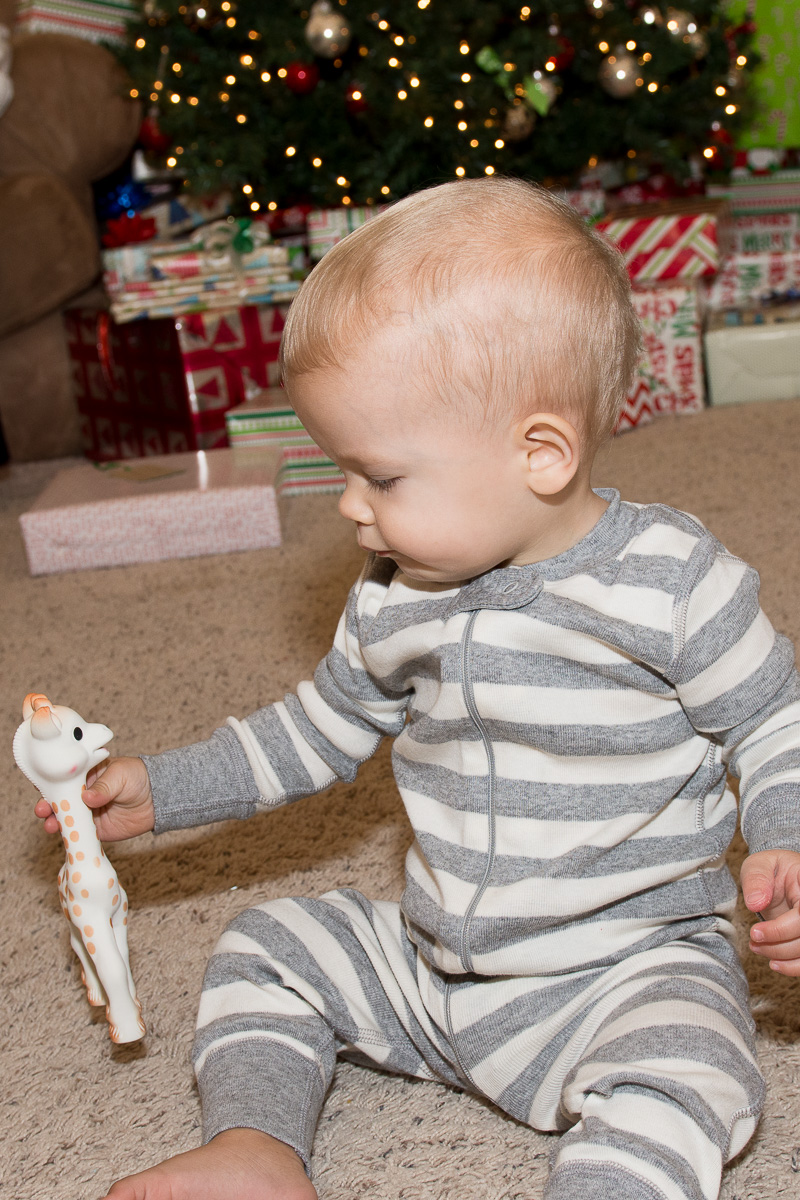 Nash was all about Star Wars LEGO bricks. And Blake took it upon himself to be the expert explainer. 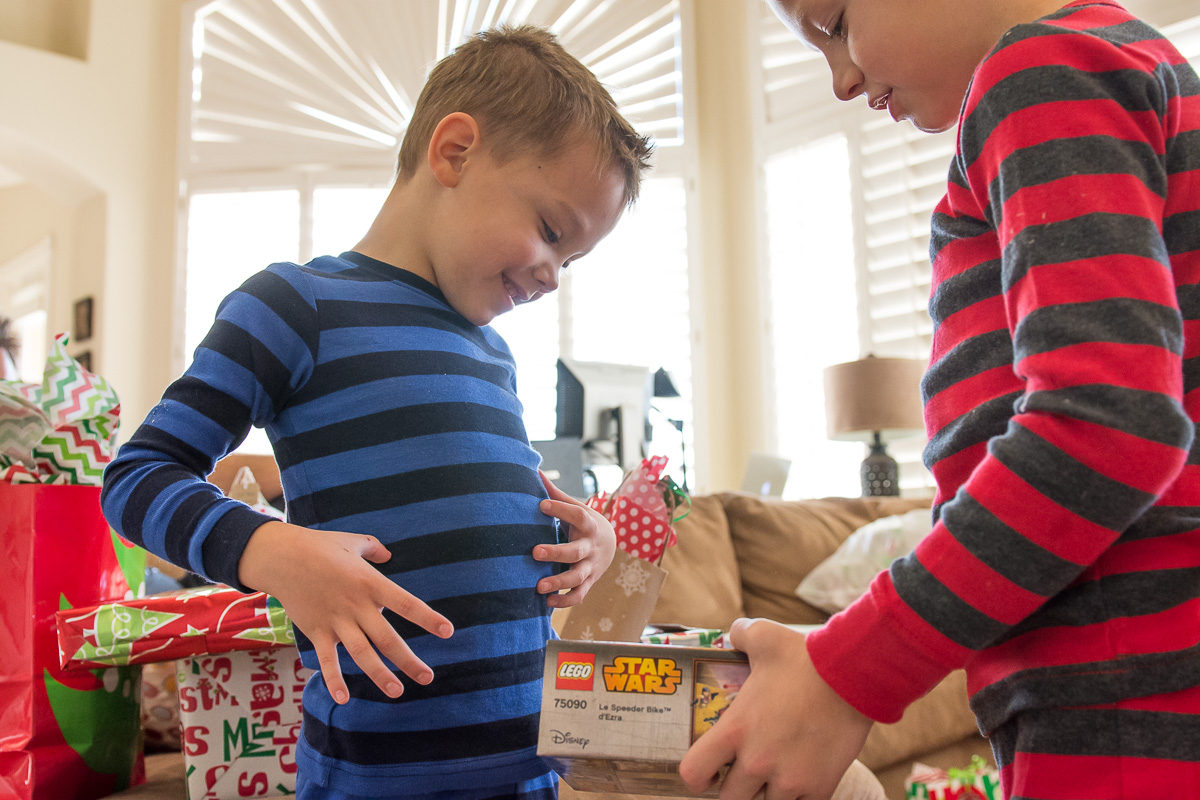 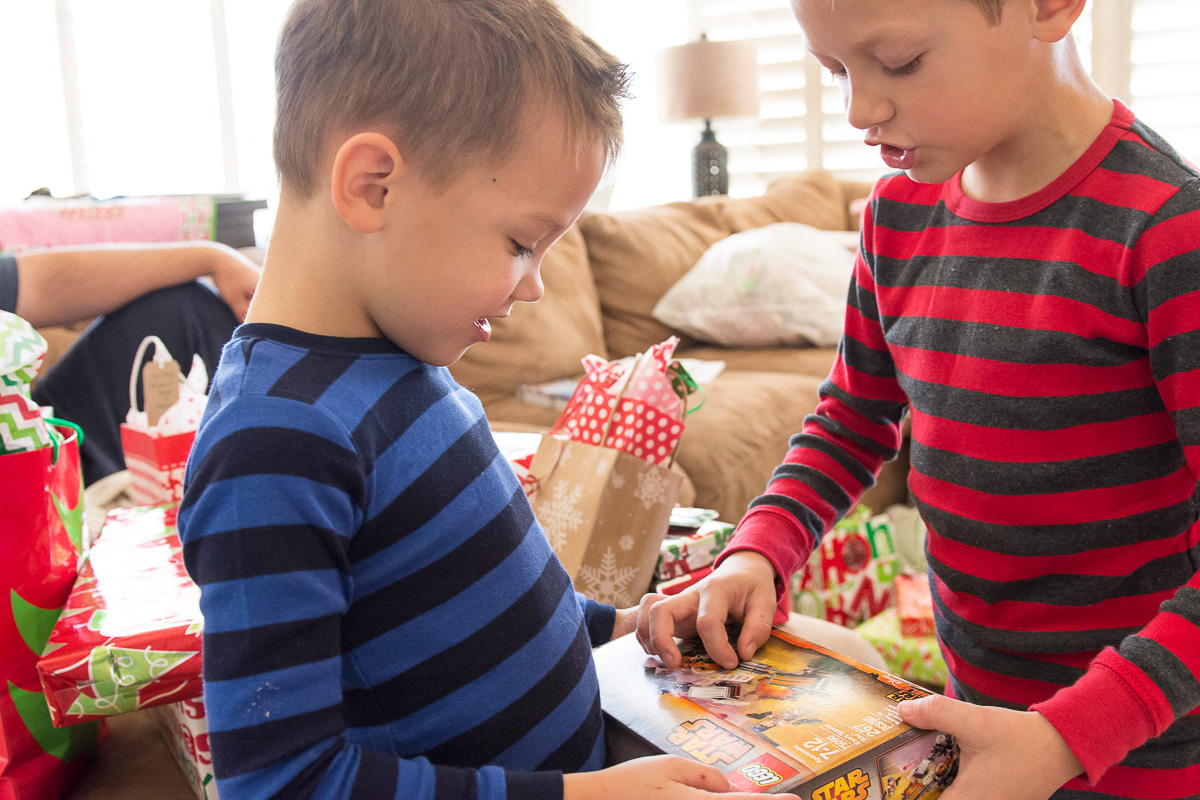 Nash was most excited about anything having to do with drawing. Once he became involved with his new drawing pad and stylus, he completely tuned out all of the activity swirling around him. 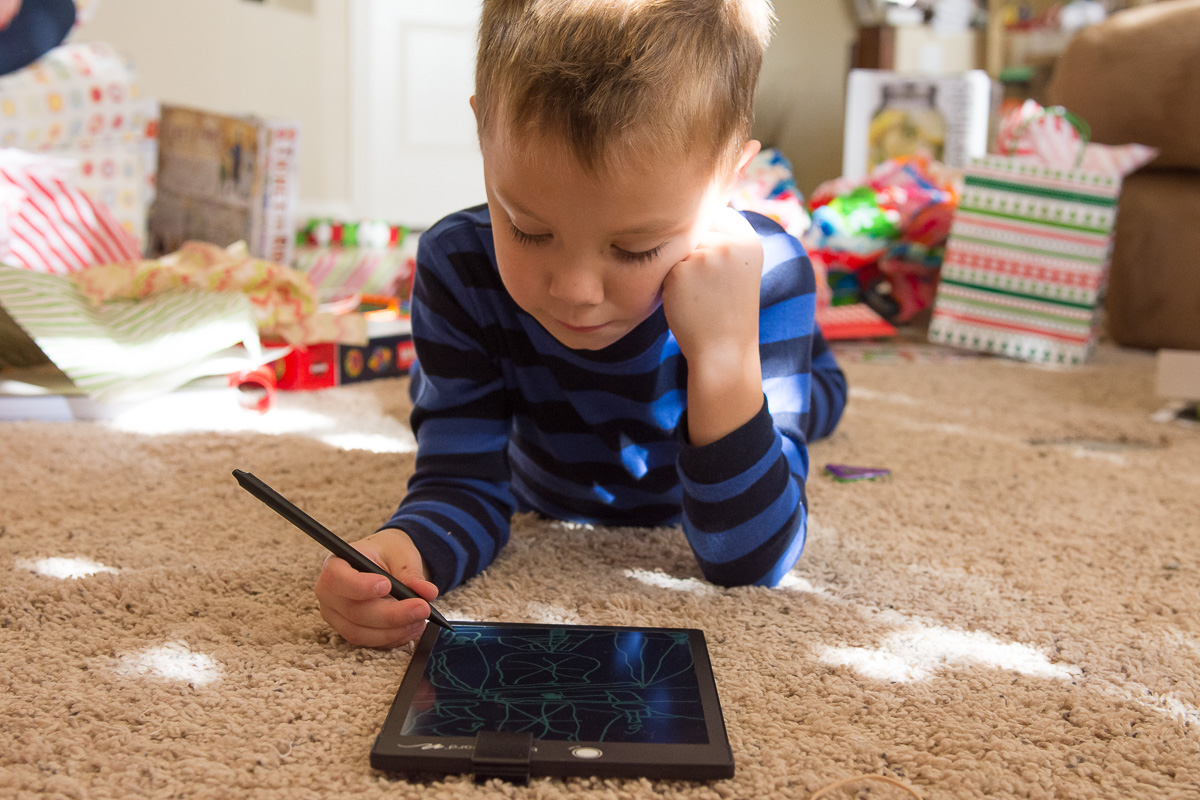 A common theme among the gifts this year seemed to be “go green.” With Michigan State playing in the college football playoff game for the national championship, there was a fair share of green apparel and other paraphernalia being exchanged. Blake swiped his dad’s t-shirt immediately upon opening. 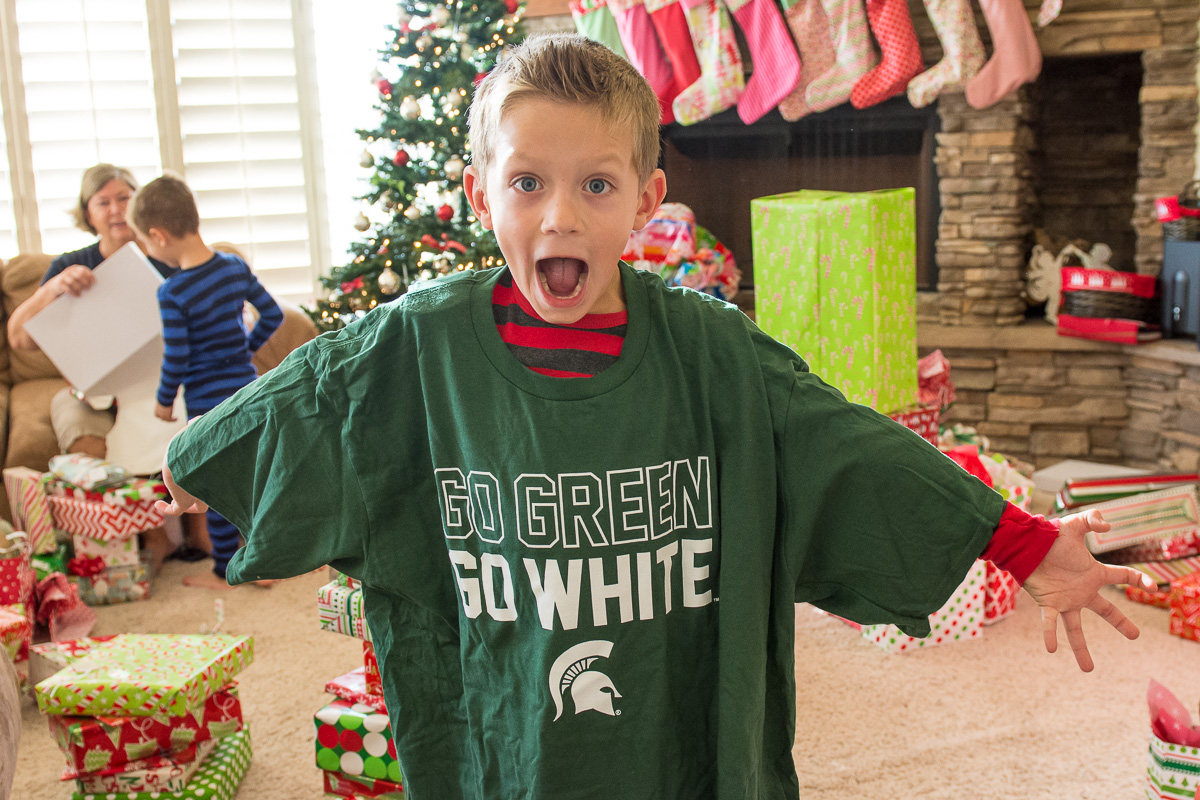 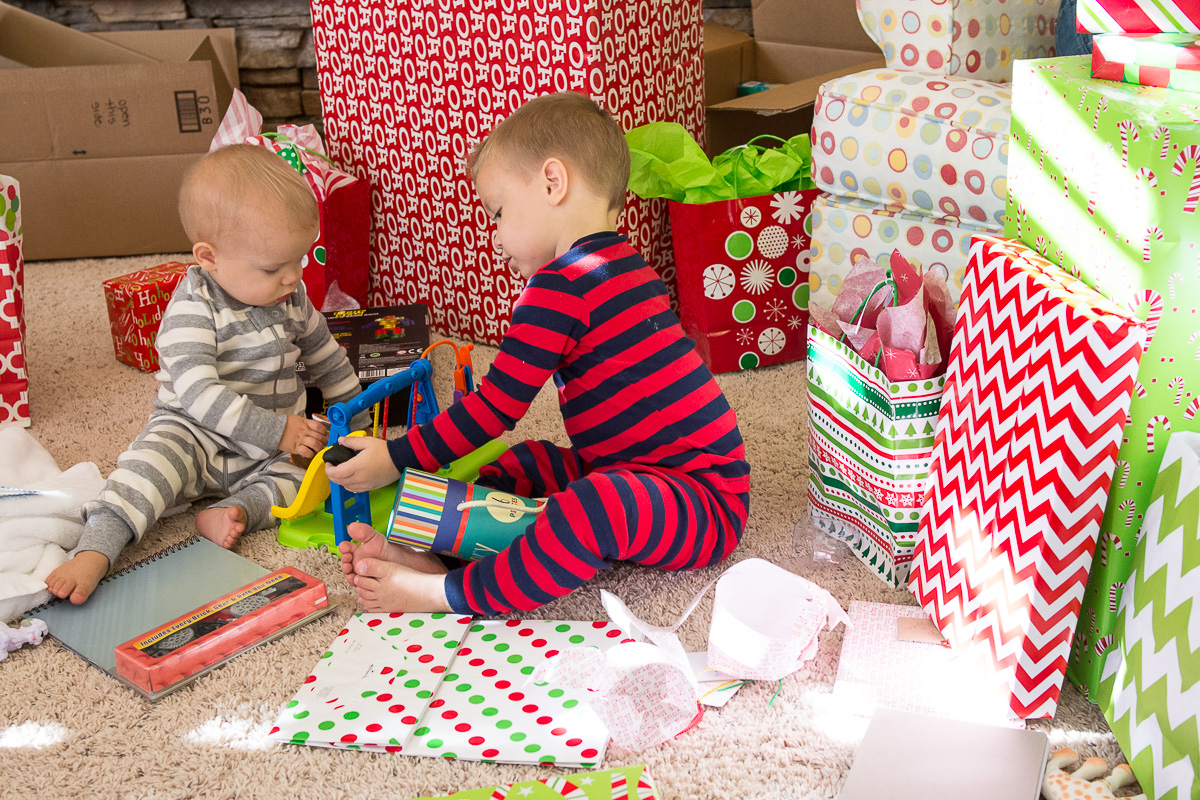 I had a hard time coming up with gift ideas for the younger two boys since we already have closets full of clothes and toys, but with the amount of time we spend outside, I thought of the perfect gift for Crew. 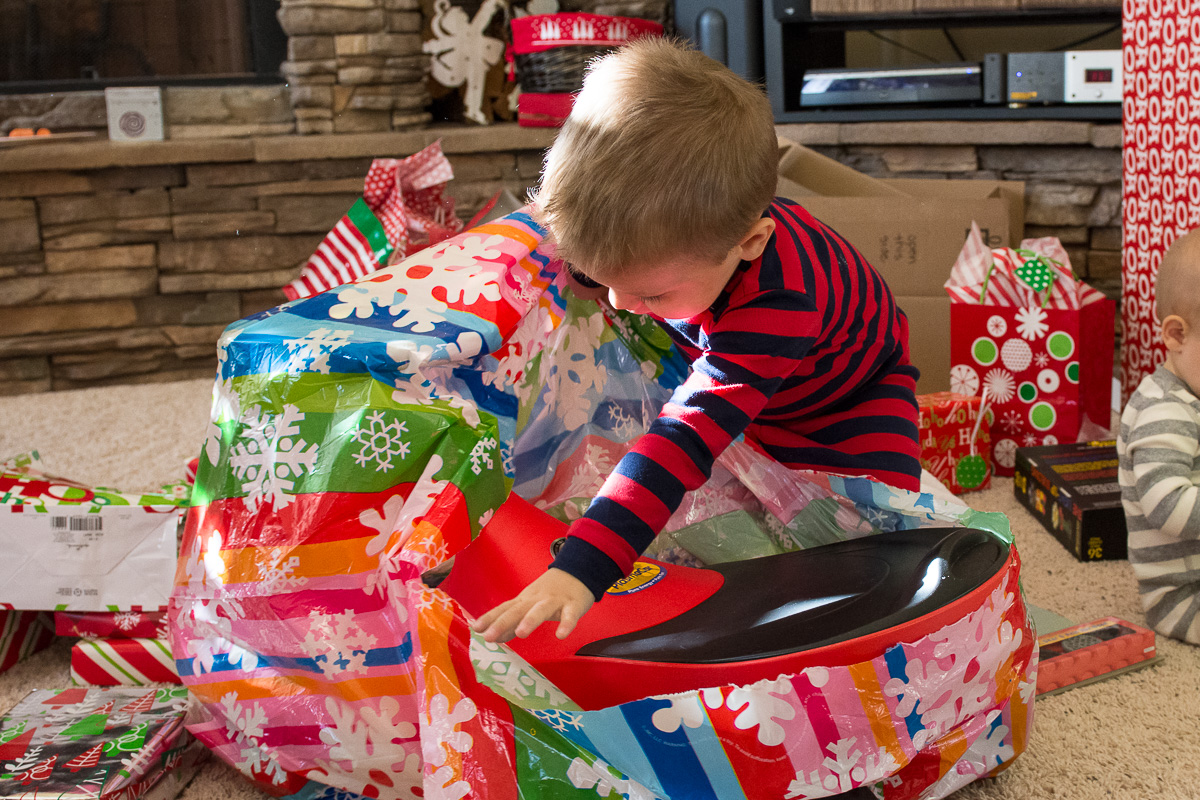 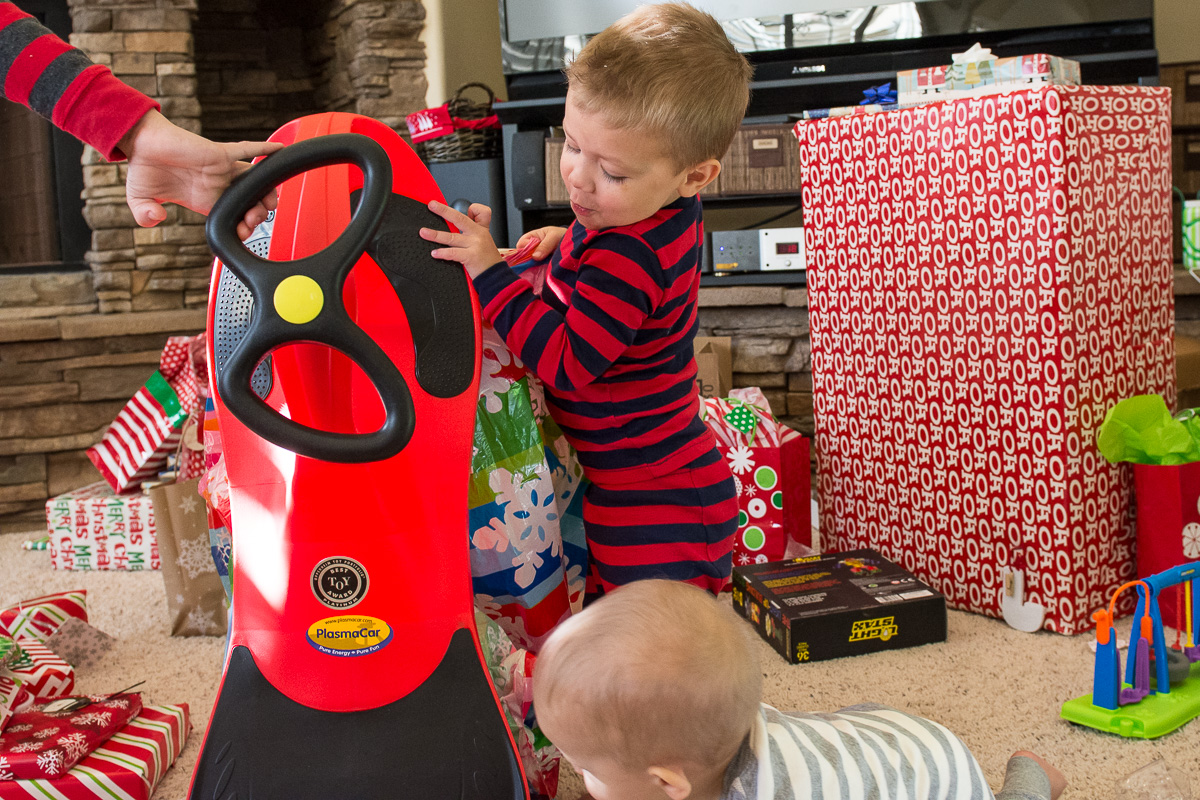 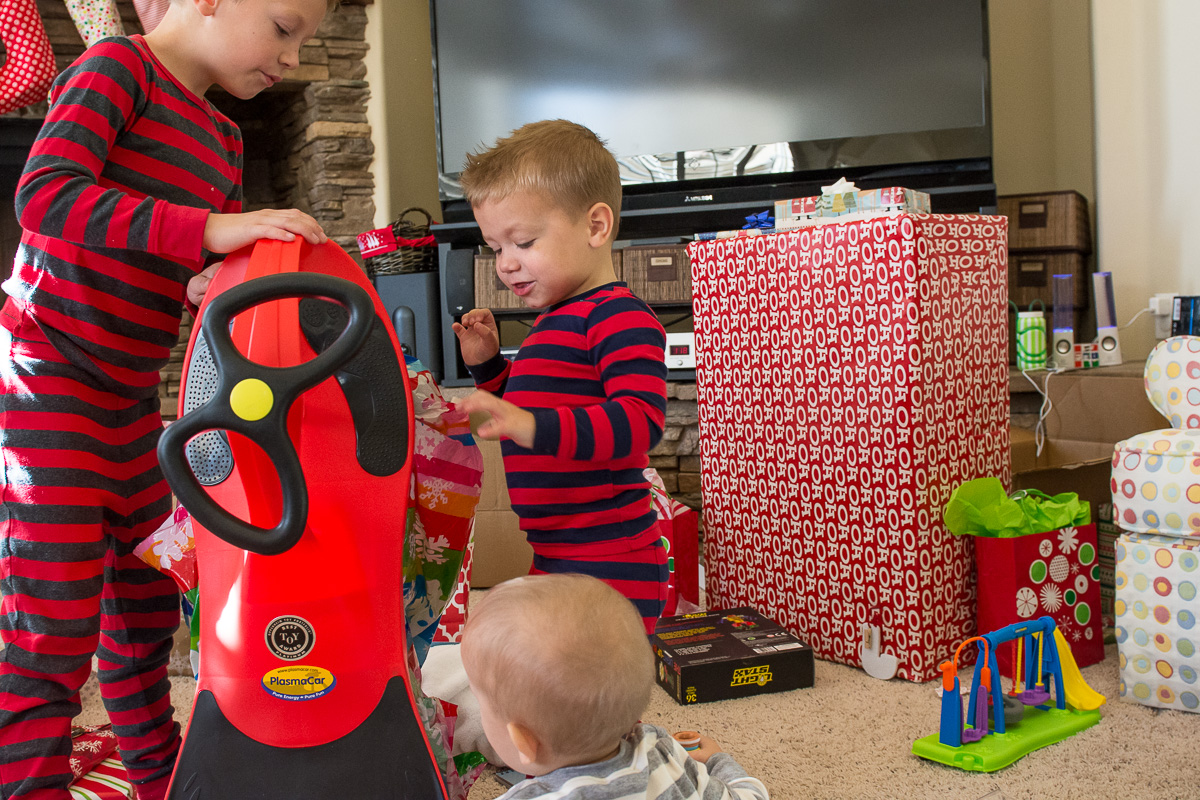 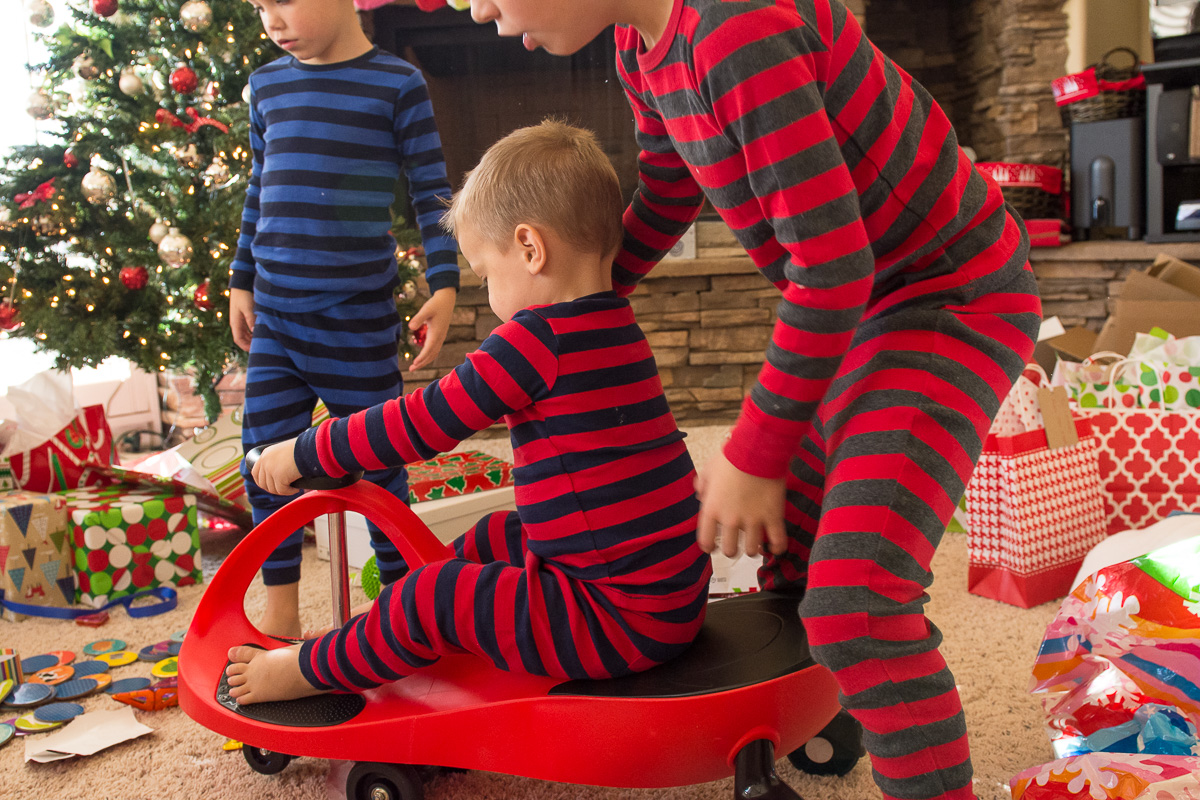 Crew tried out his new wheels while we destructed Amazon boxes and collected wads of wrapping paper. 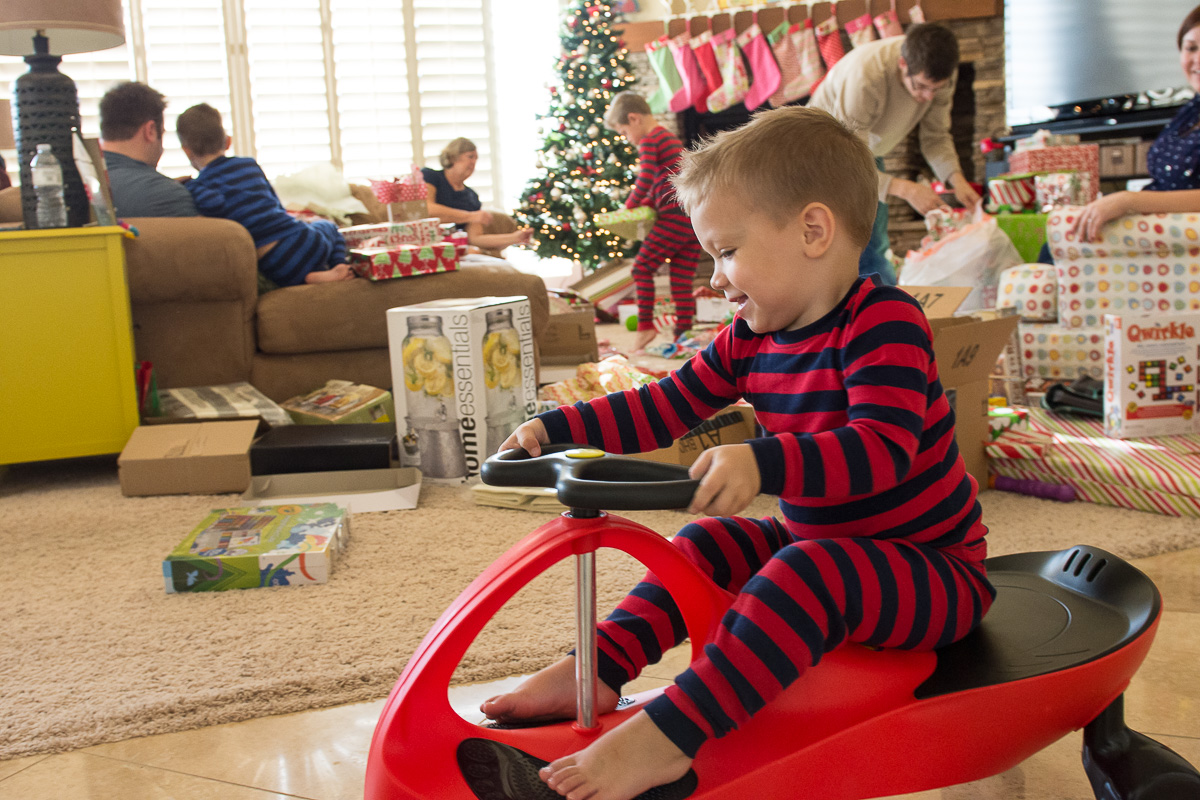 Several of us took naps, we played games, watched a movie and ventured over to the park for a while. I was just happy that we pulled off Christmas after waiting until the Friday before to start shopping. Here’s to hoping next year runs smoother.