Nash was the last sibling to have his one-on-one date with me at Disneyland and he made a list of ride priorities months in advance. We put a date on the calendar where Troy could work from home and Nash and I could escape for the entire day.

And then Nash’s birthday rolled around and he spent the entire weekend before our scheduled date hacking his little lungs out. Our passes were due to expire a week later, so there weren’t a lot of rescheduling options.

His doctor put him on a number of medications and we increased his breathing treatments like mad to try to get him well enough to enjoy his birthday. His coughing had decreased enough the evening before our scheduled date that we decided to make a go for it.

Of course, it happened to be one of the only days we needed jackets this winter, but neither of us minded the cool temperatures. We were just so happy that we didn’t have to cancel one of the most anticipated days of the year. 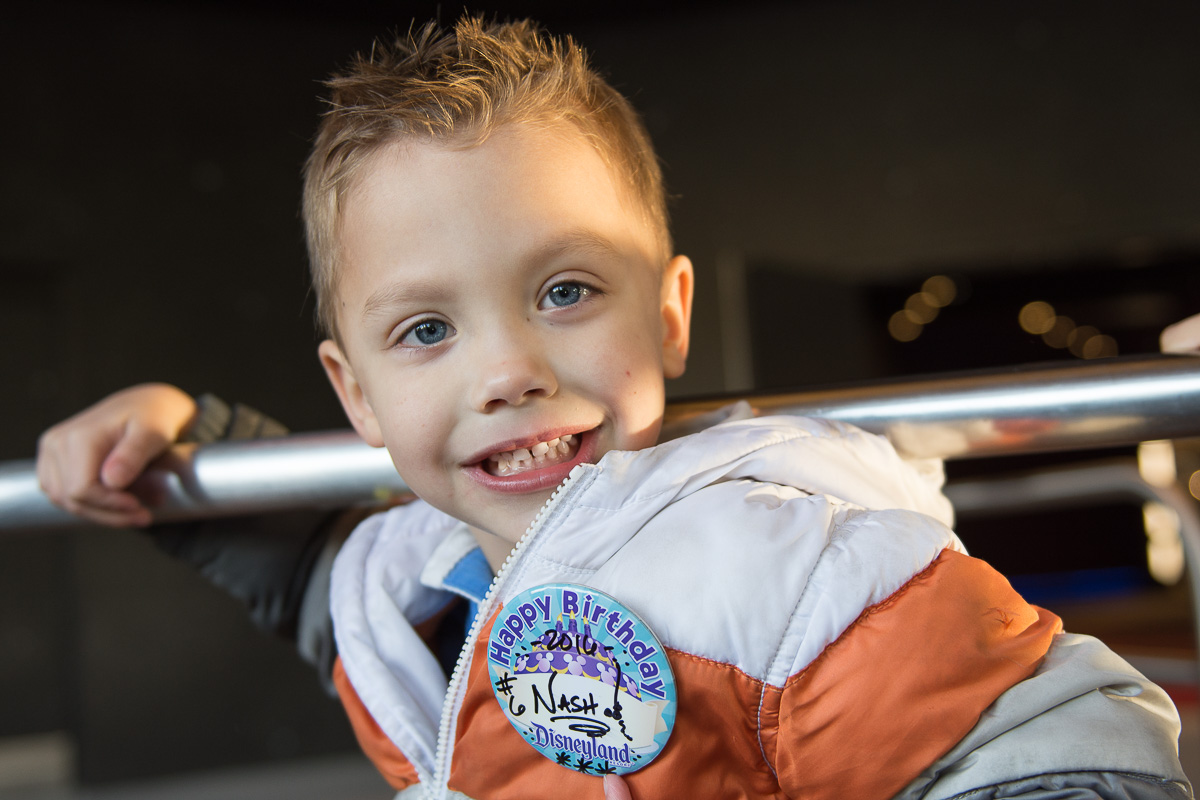 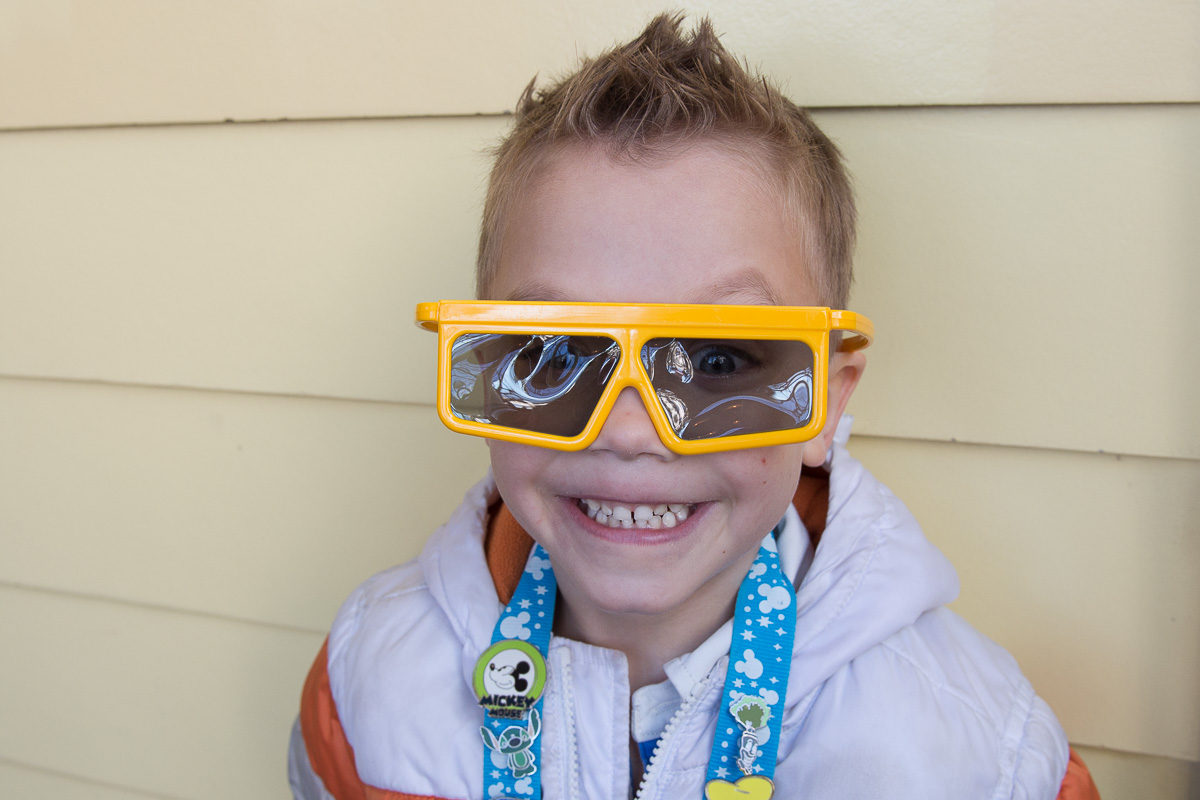 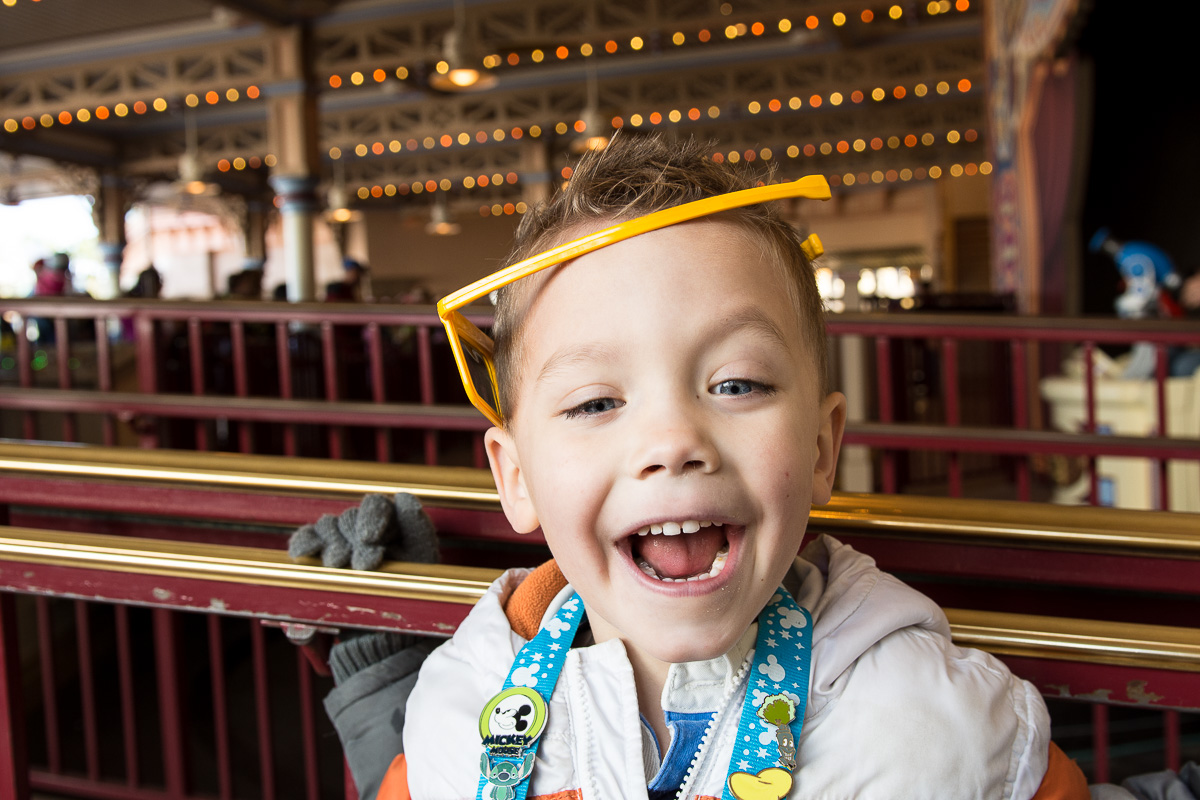 Nash was adamant about bringing his collection of pins to trade. 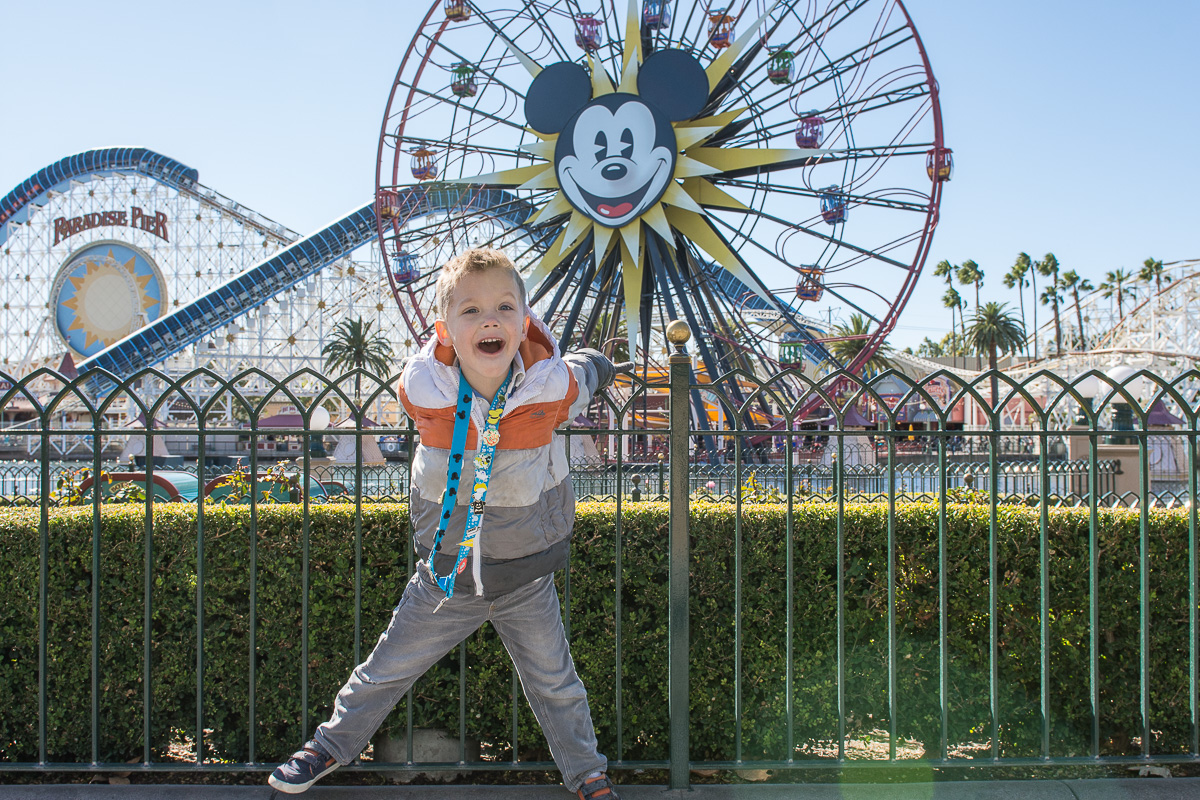 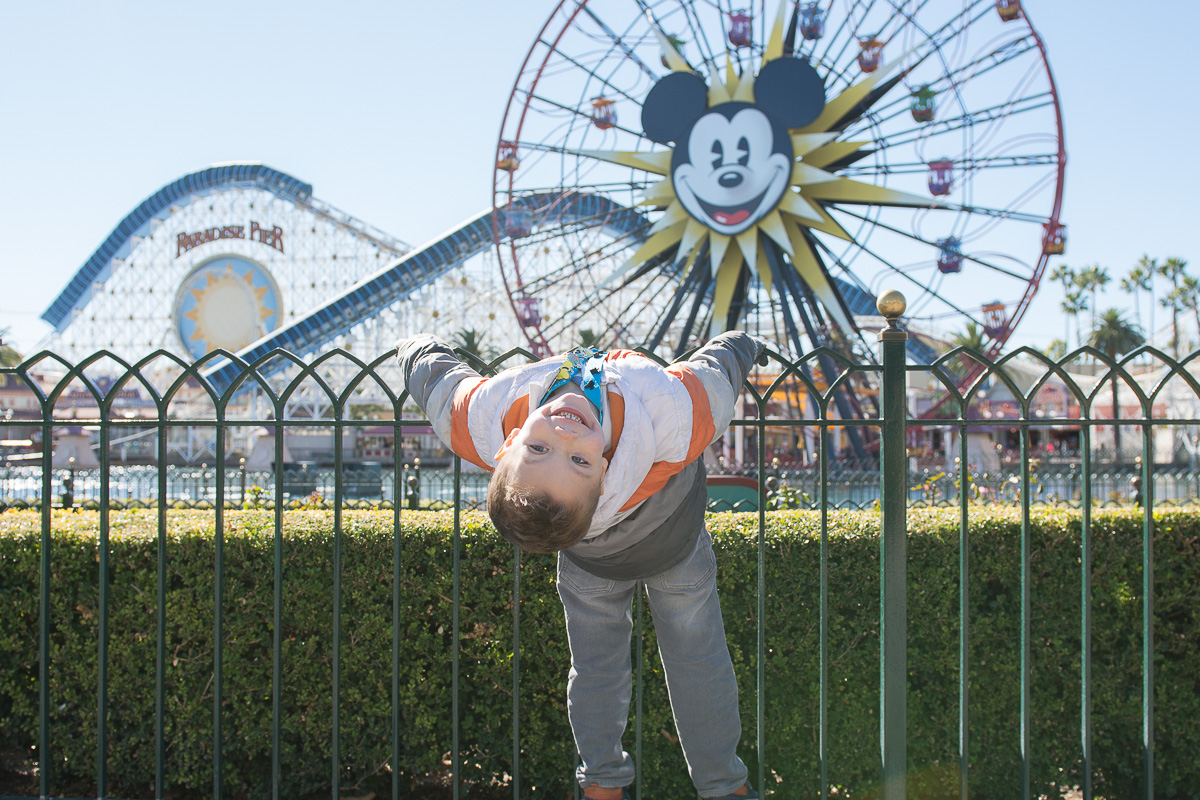 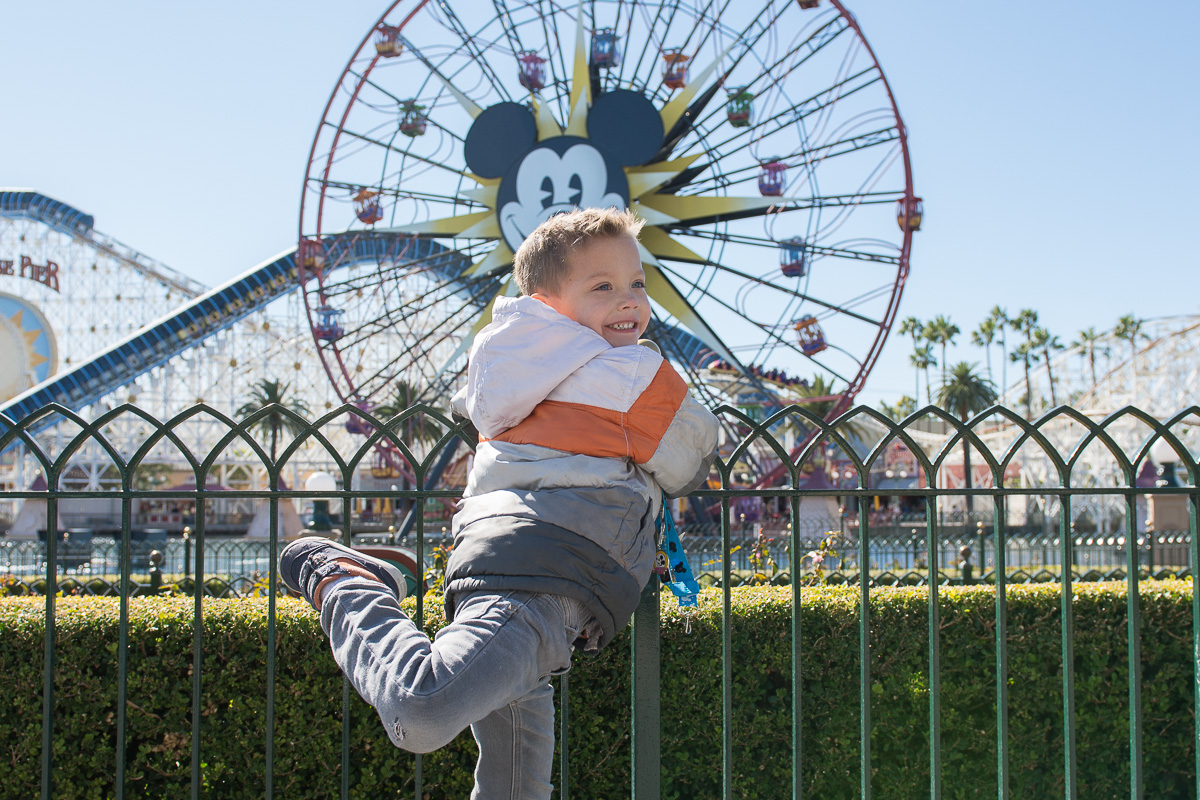 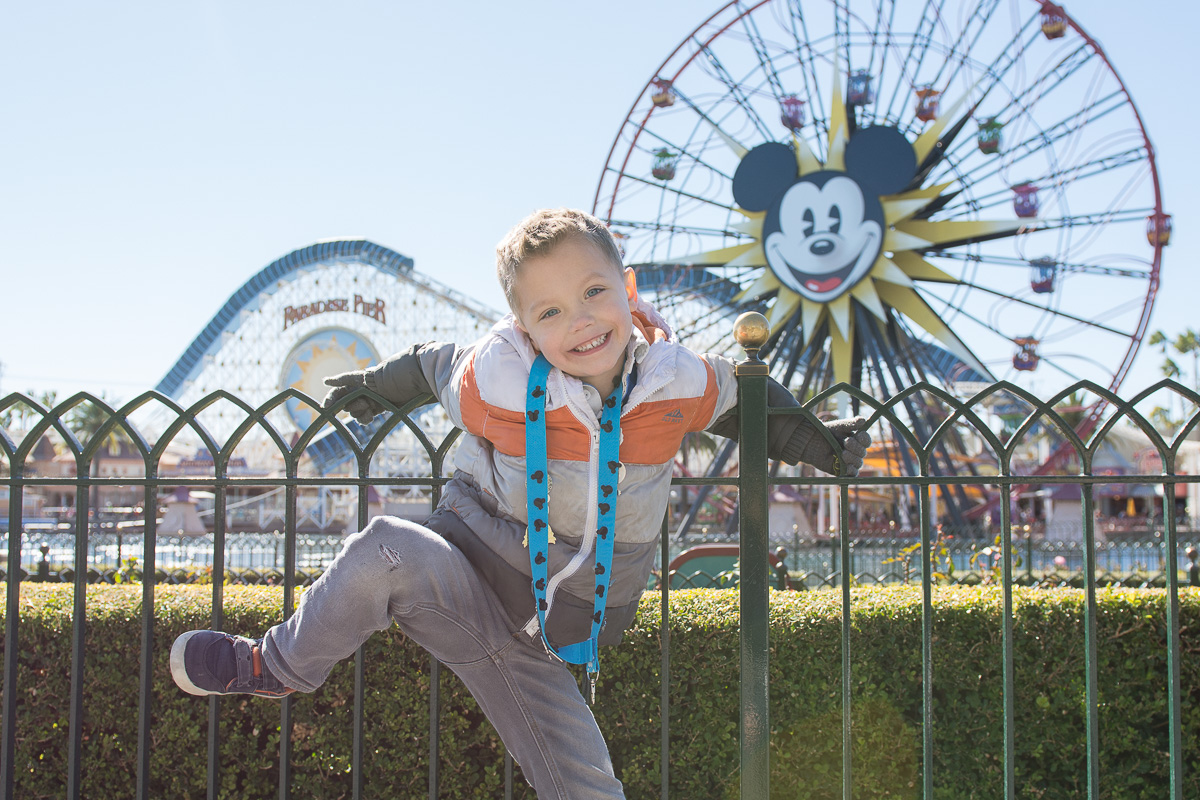 The best part about getting to the park when it opens is snatching up fast passes to go on the most popular rides with significantly less wait times. 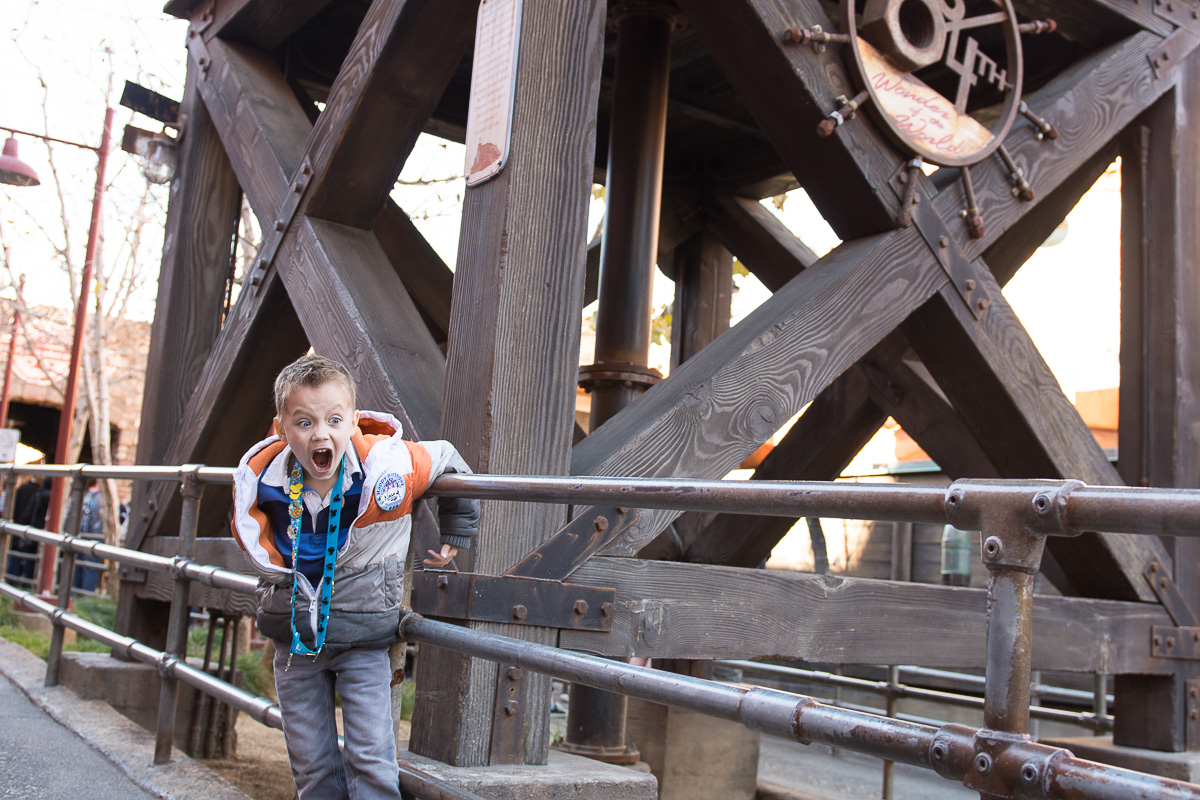 Nash was determined to do every ride that Blake went on for his birthday date back in December. Splash Mountain made the top of the list even though it was chilly. 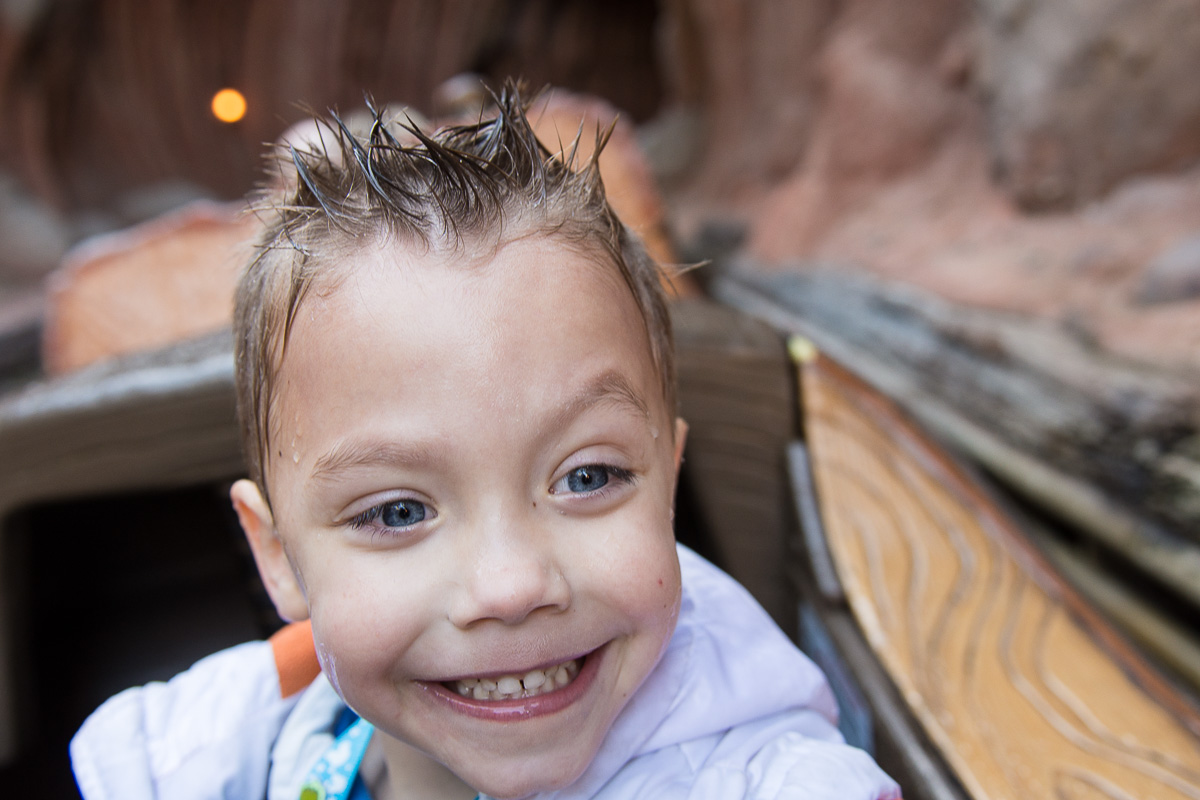 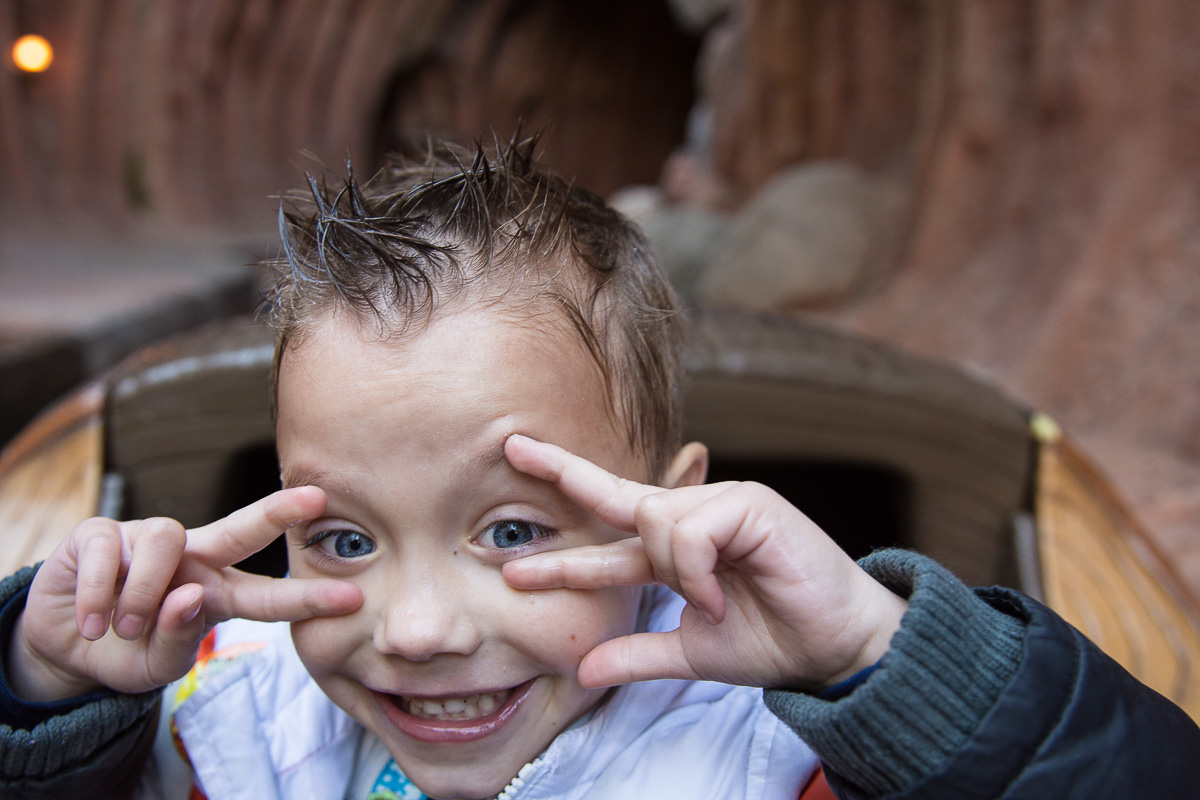 We spent a significant amount of time immersed in all things Star Wars. We happened to be walking into Tomorrowland when a little parade of characters wandered through. 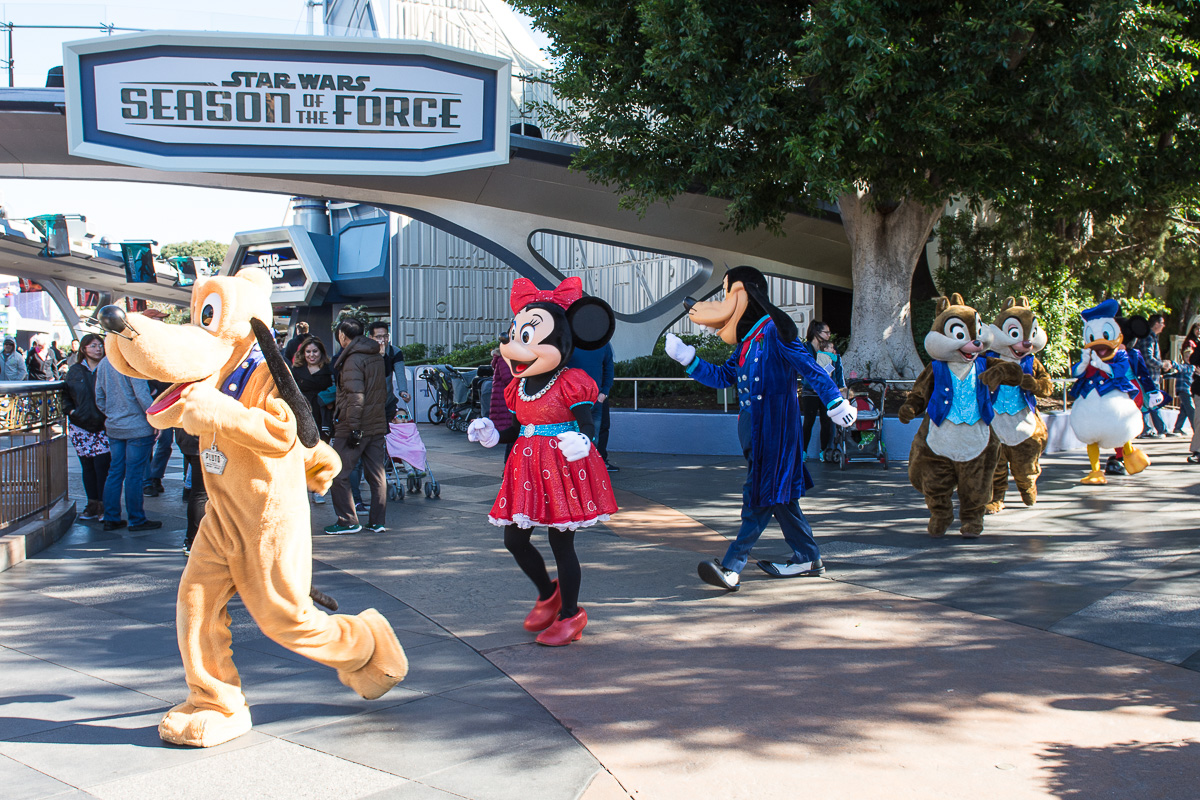 The highlight of the day was when Nash got to participate in a live interactive Jedi training show. We waited in line to sign him up earlier in the day and came back at our scheduled time so he could be adorned with a cloak and lightsaber. 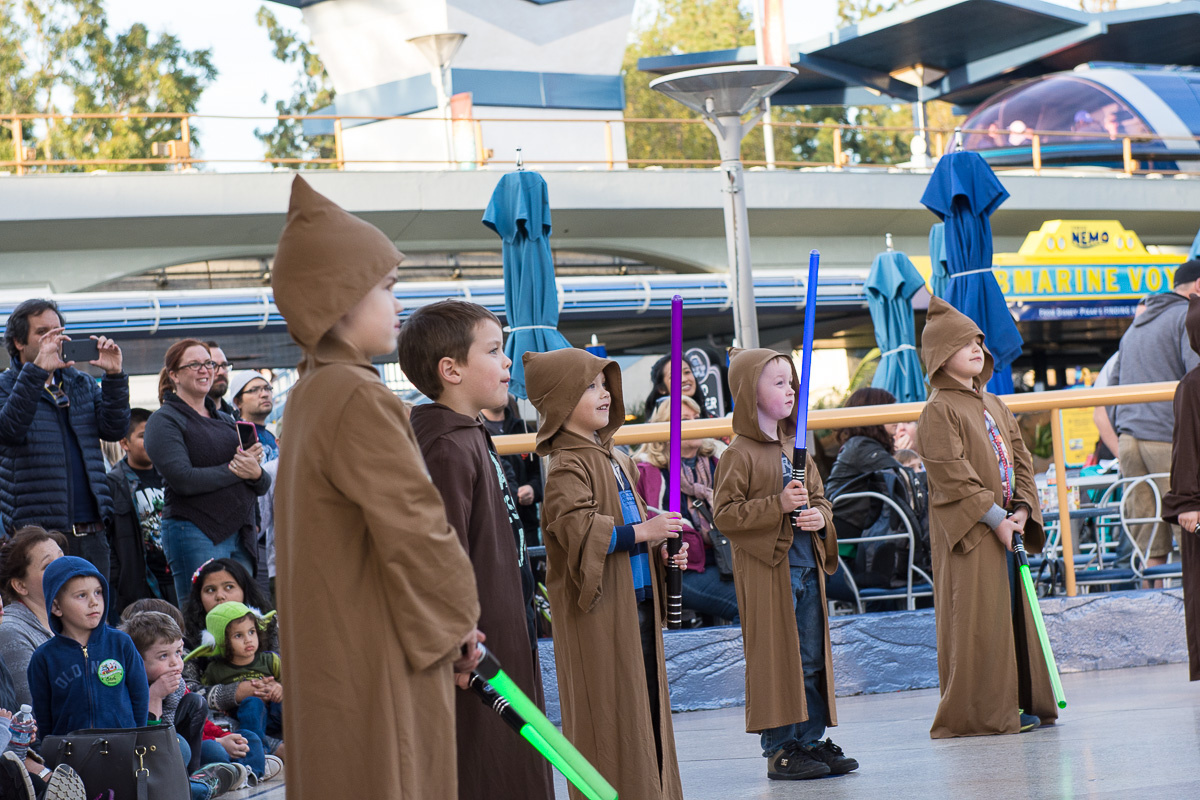 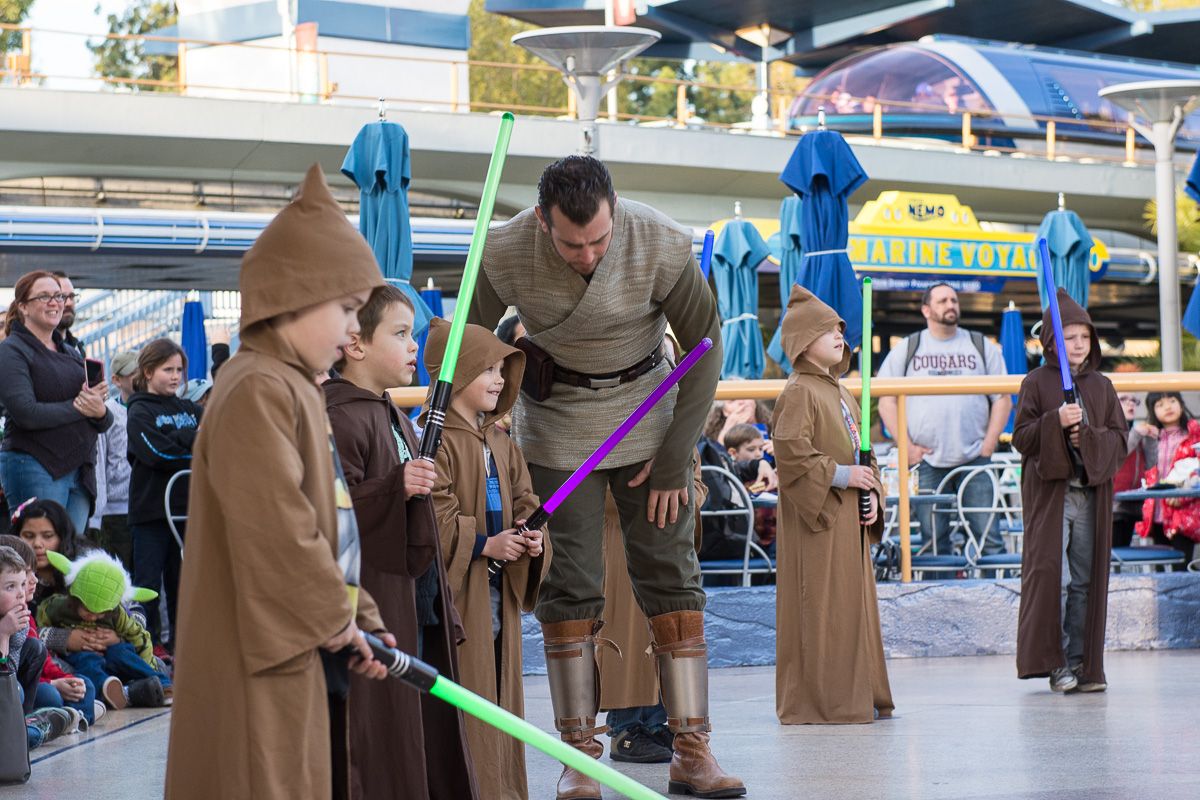 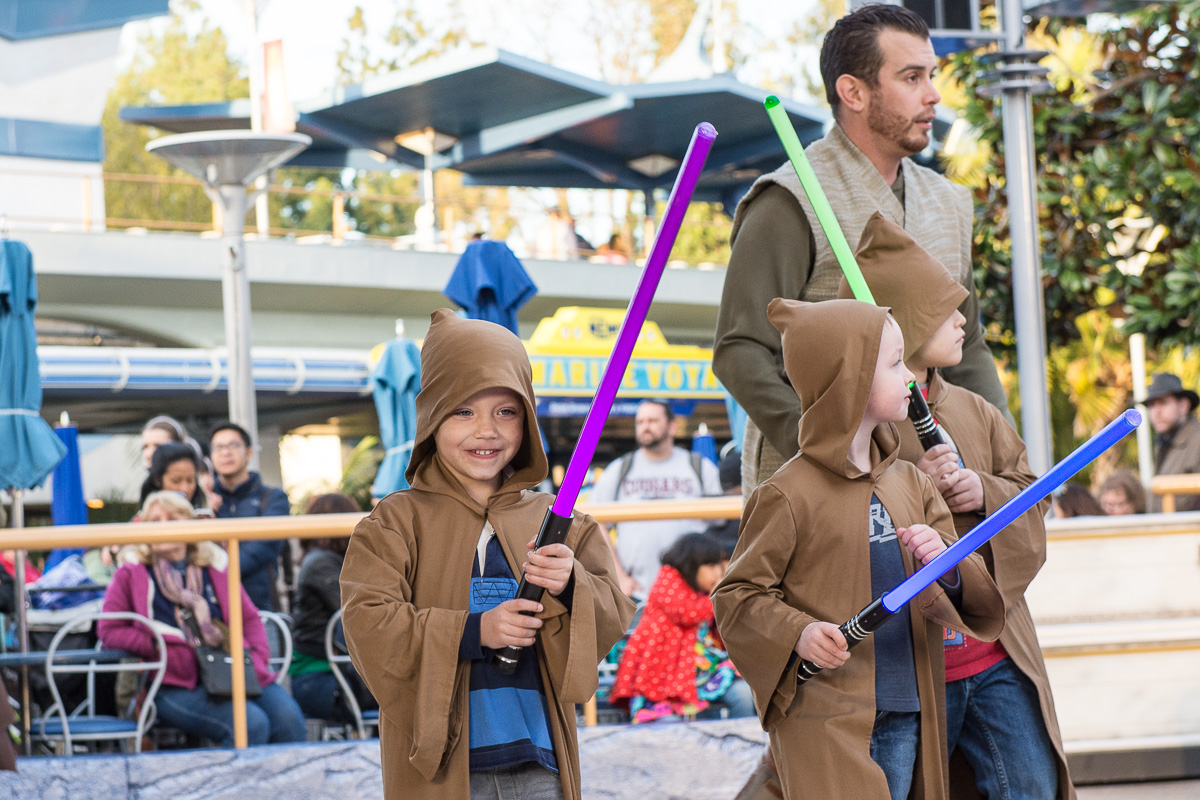 I am completely clueless about Star Wars. But seeing the look on Nash’s face as he prepared to battle Darth Vader was pretty epic. 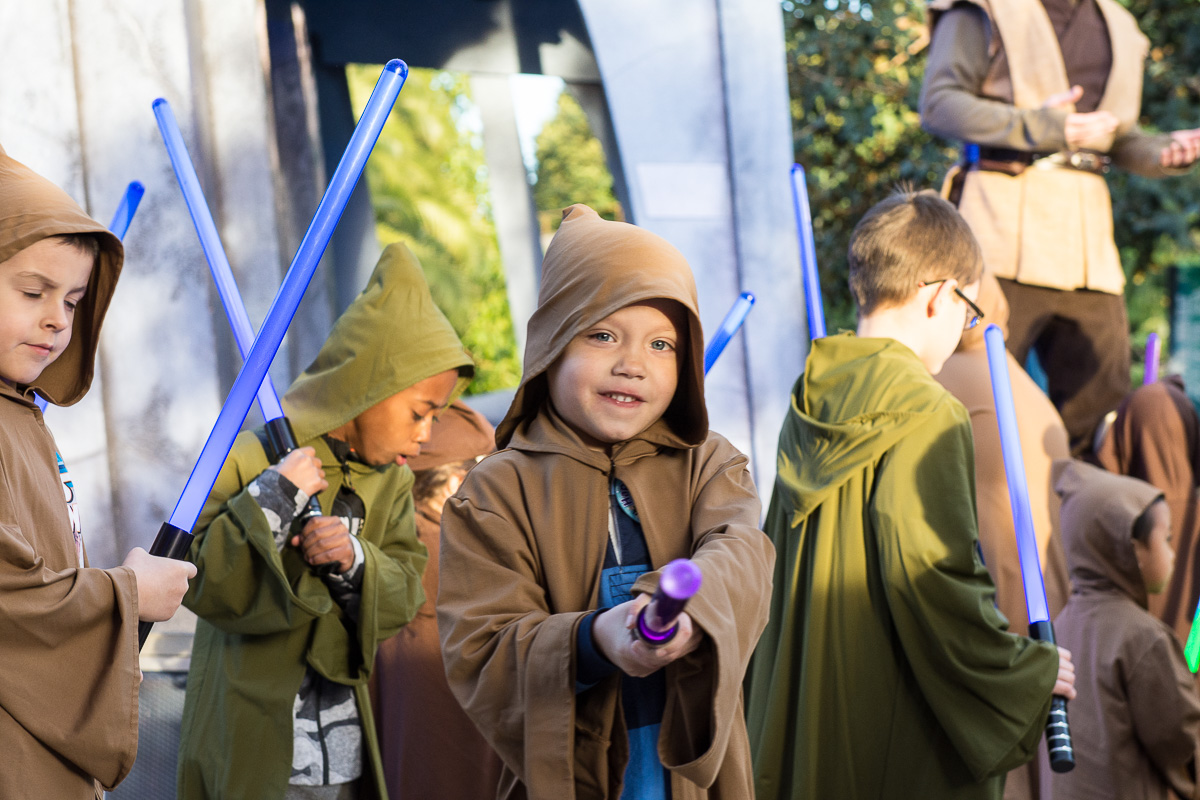 All of the Jedi students were trained on a few basic moves and then they lined up to battle the villains. I wish I could have seen the look on Nash’s face behind that cloak when it was his turn. He knew just what moves to make with his weapon and when to duck and when to turn. He was in six year old heaven. 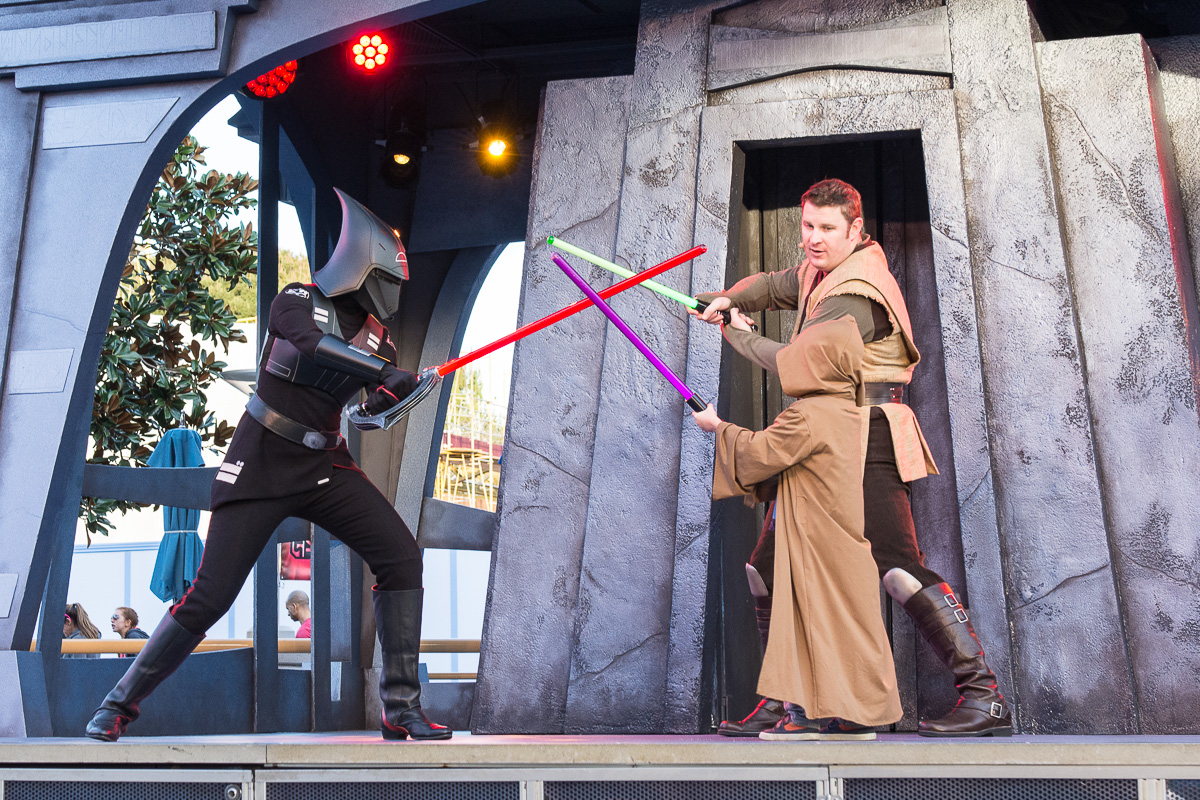 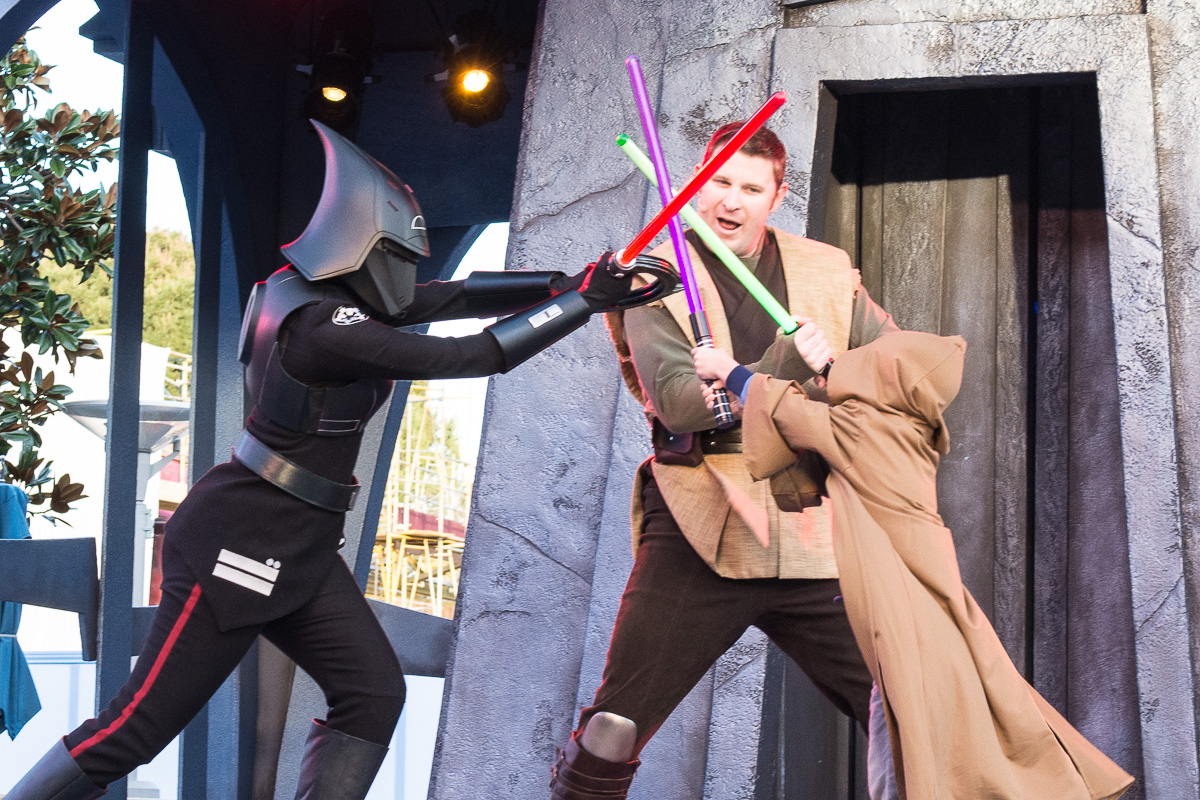 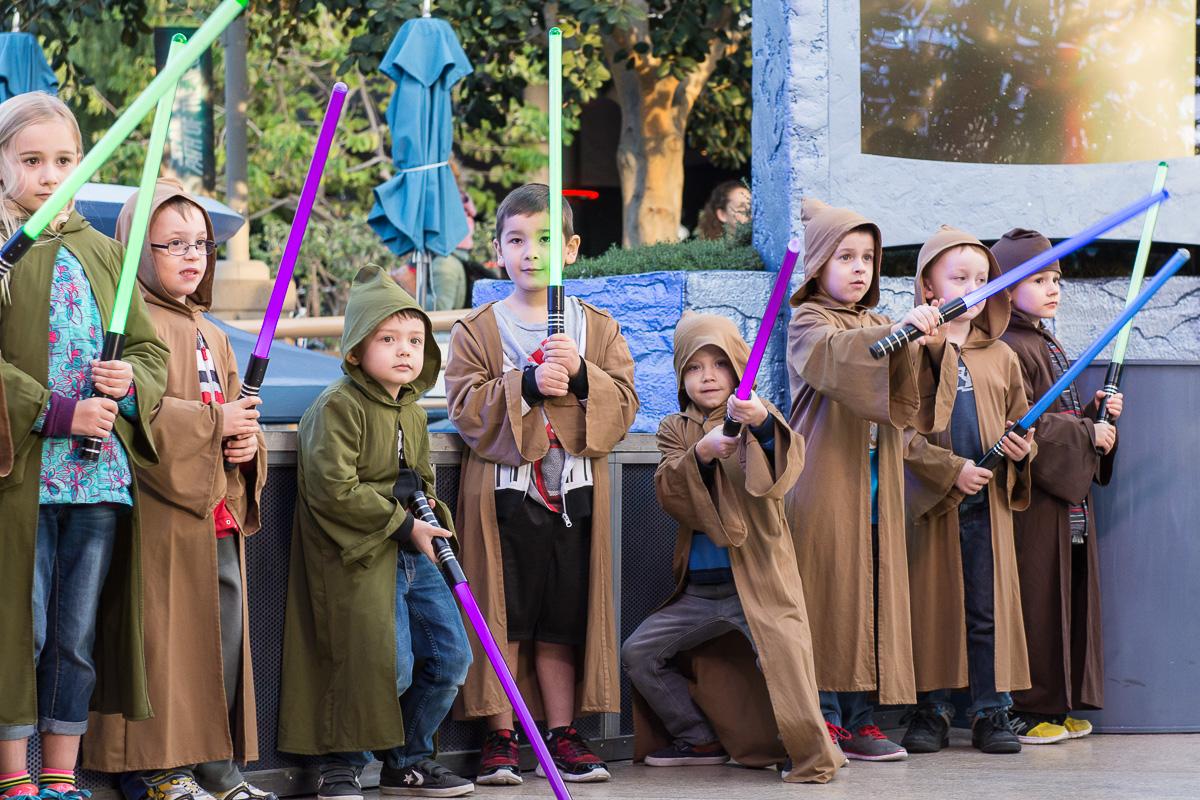 And of course, leave it to Nash to instigate a little duel. 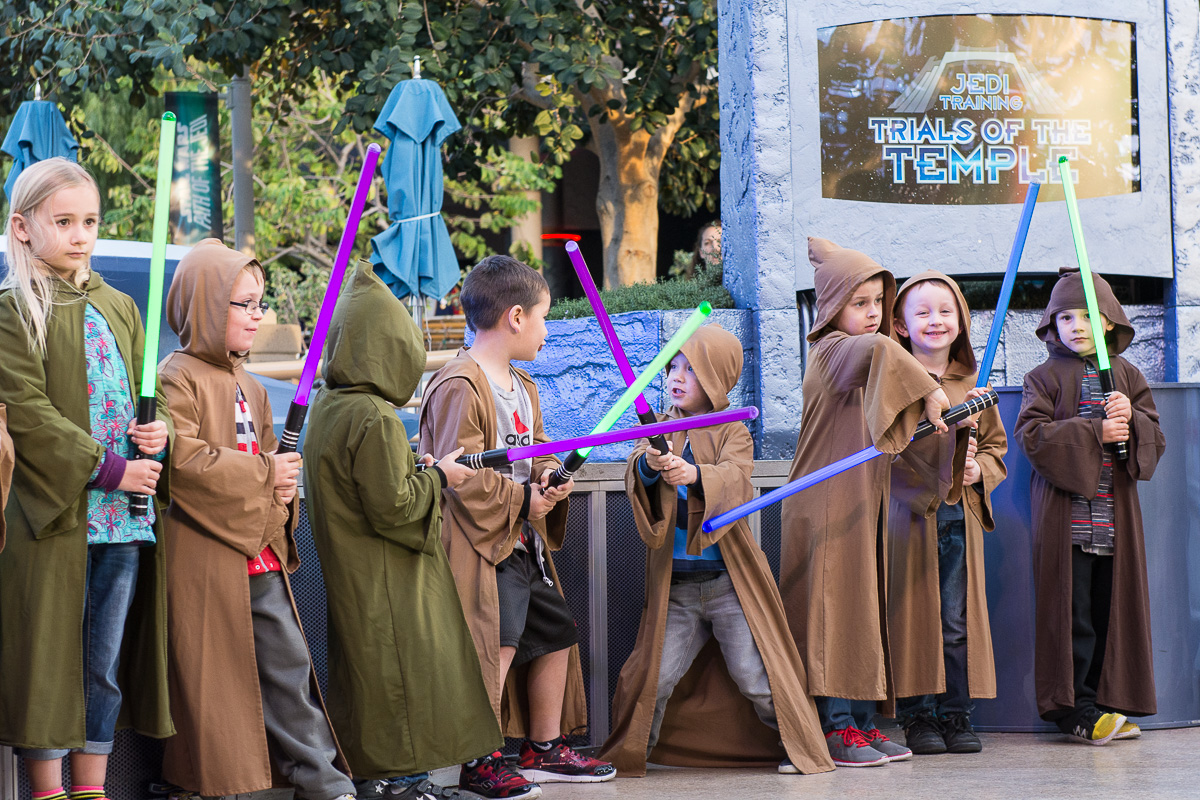 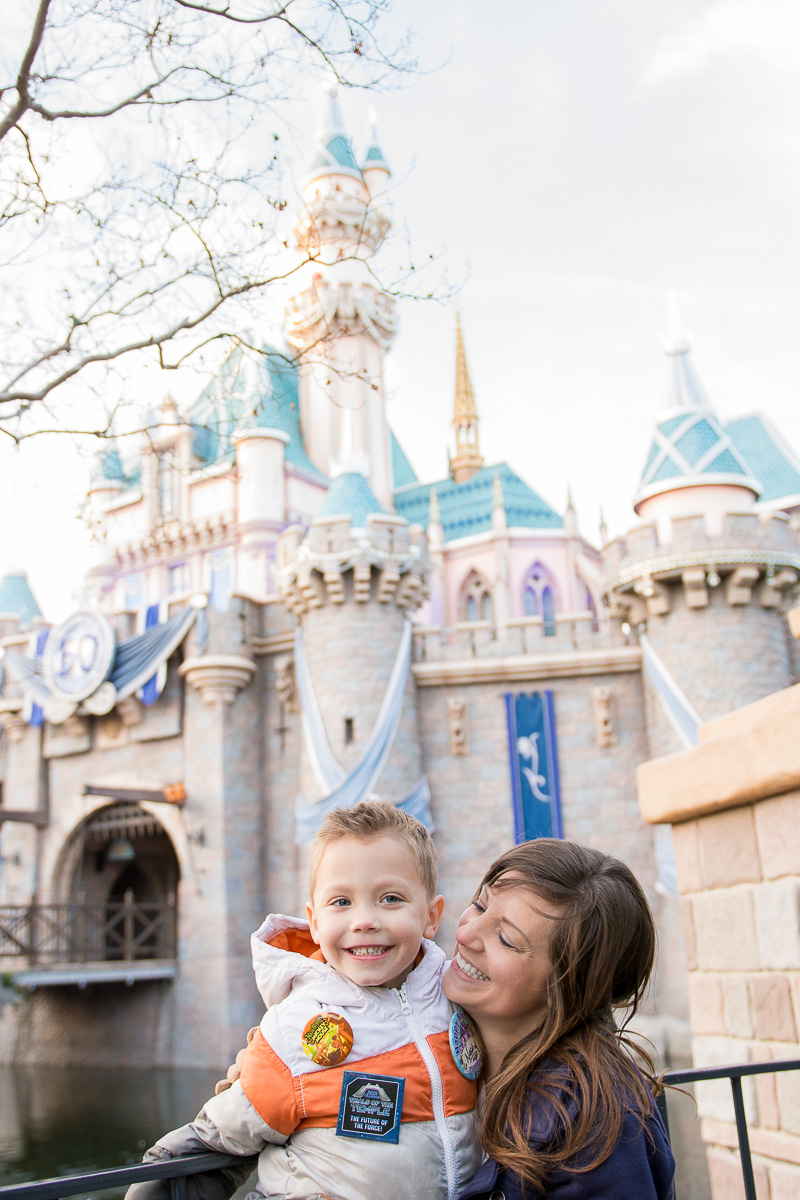 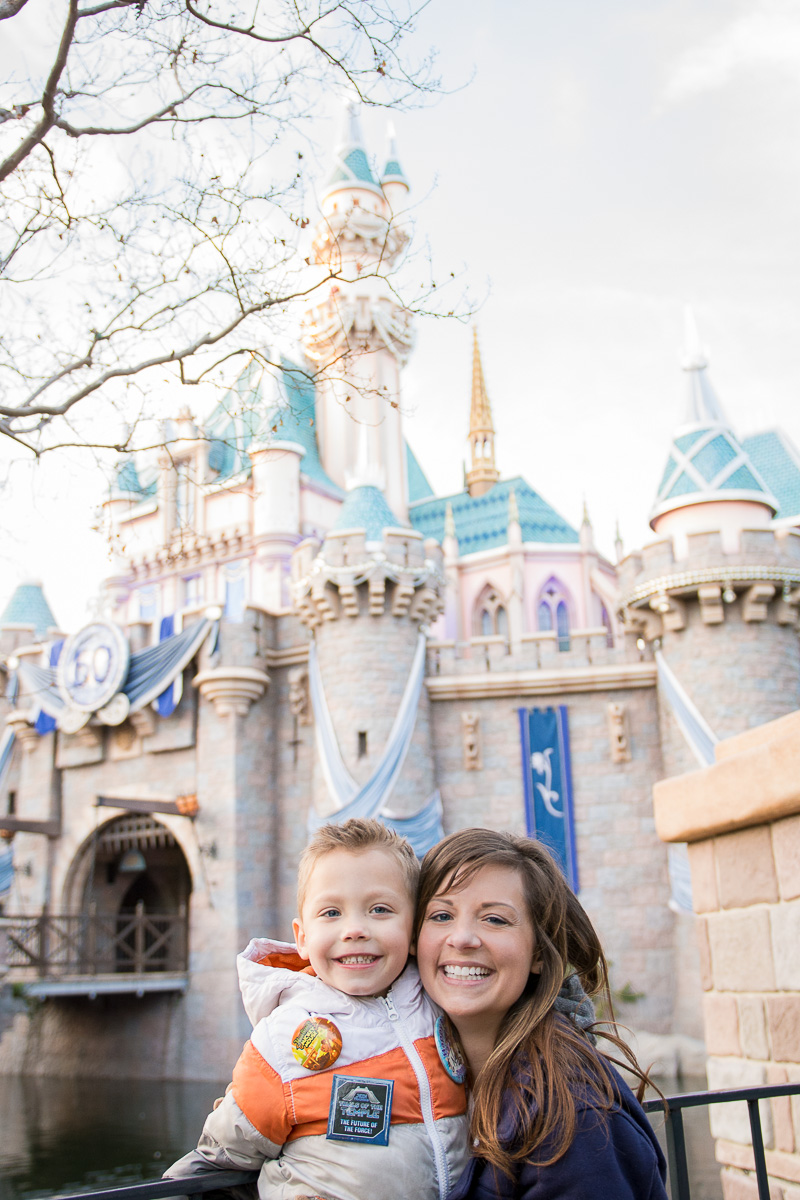 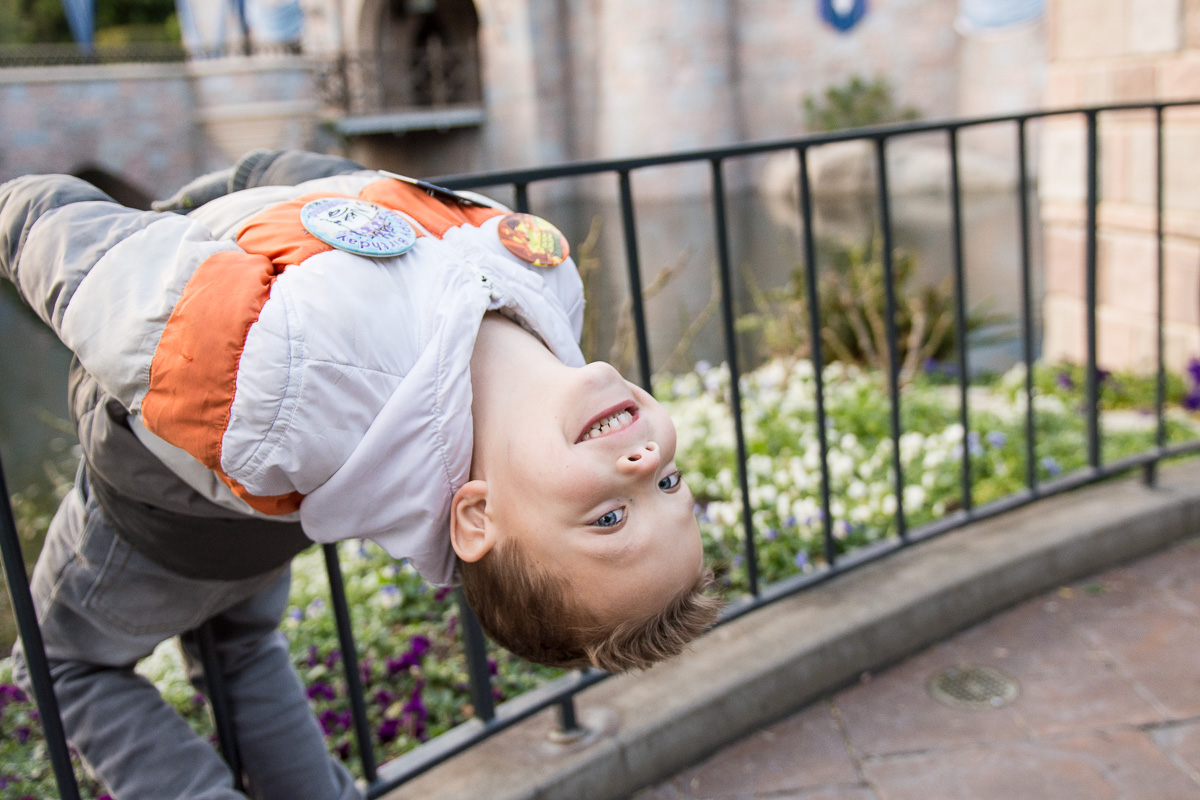 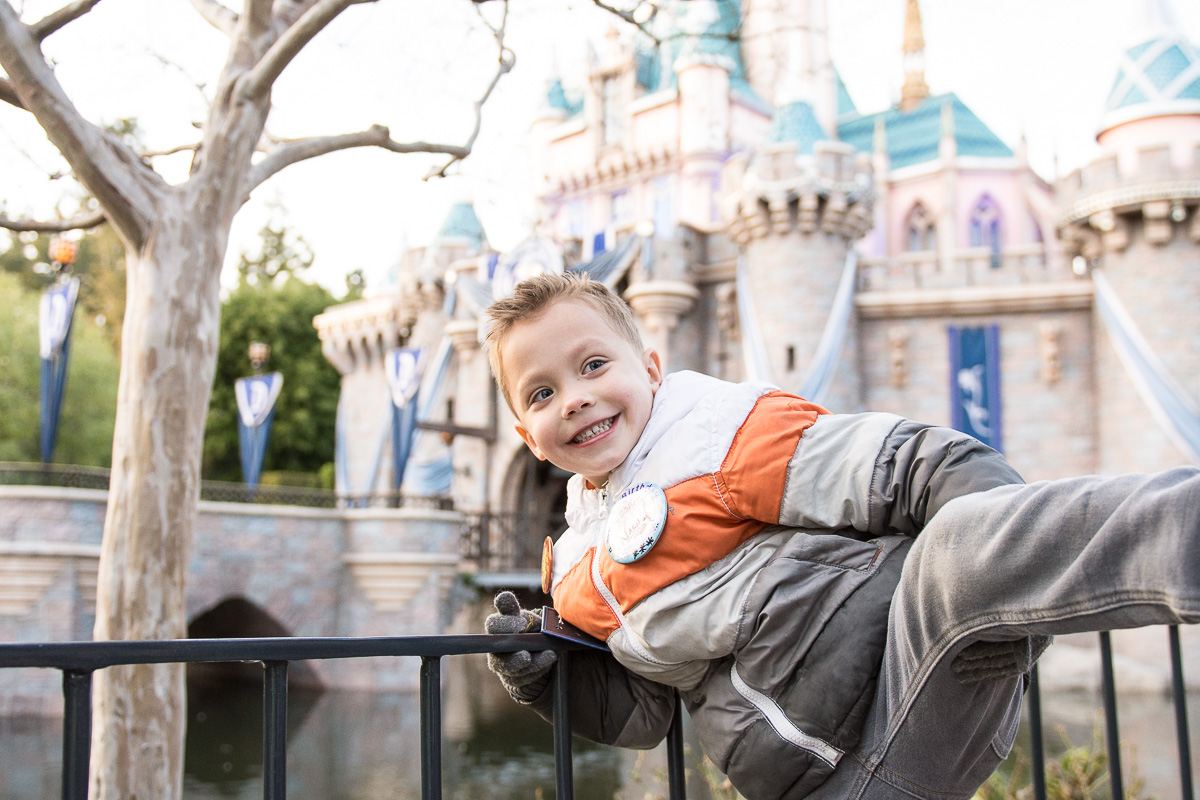 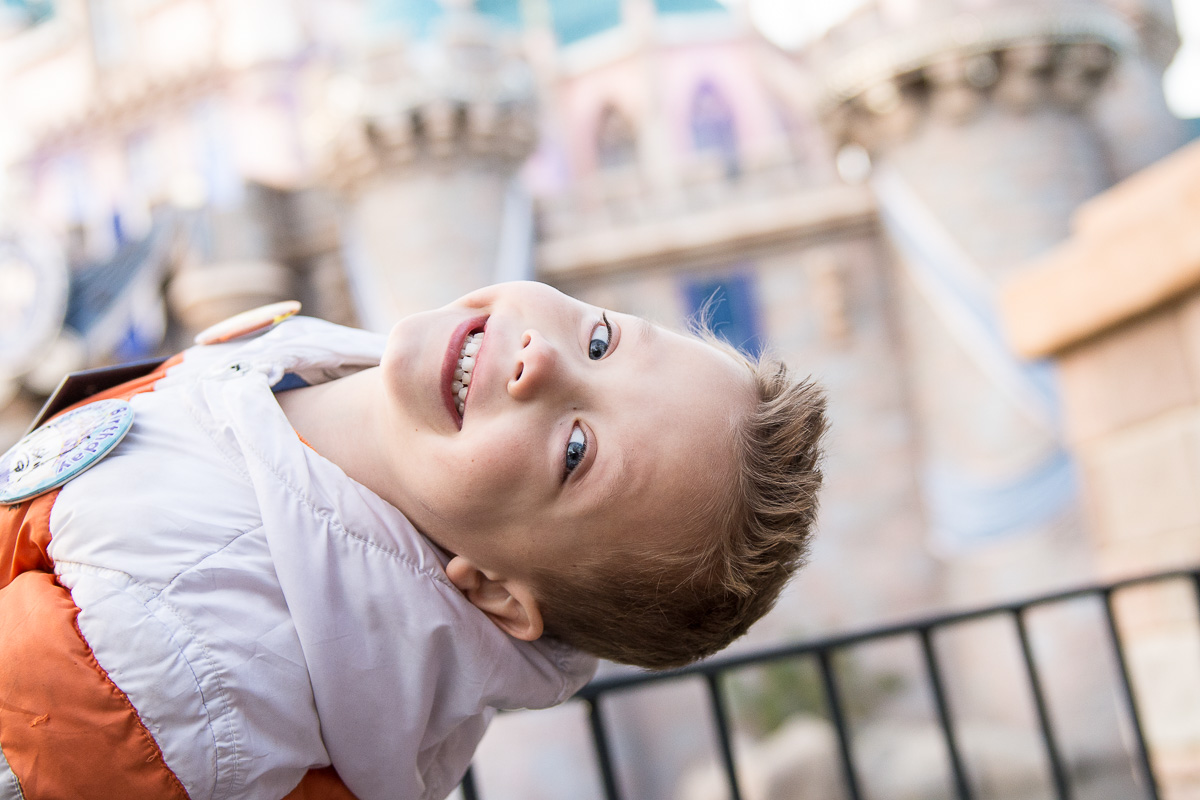 Our last item of business before hitting up the Peter Pan ride and calling it a night was picking out Nash’s birthday present with a gift card we gave him. Not surprisingly, he chose a lightsaber. 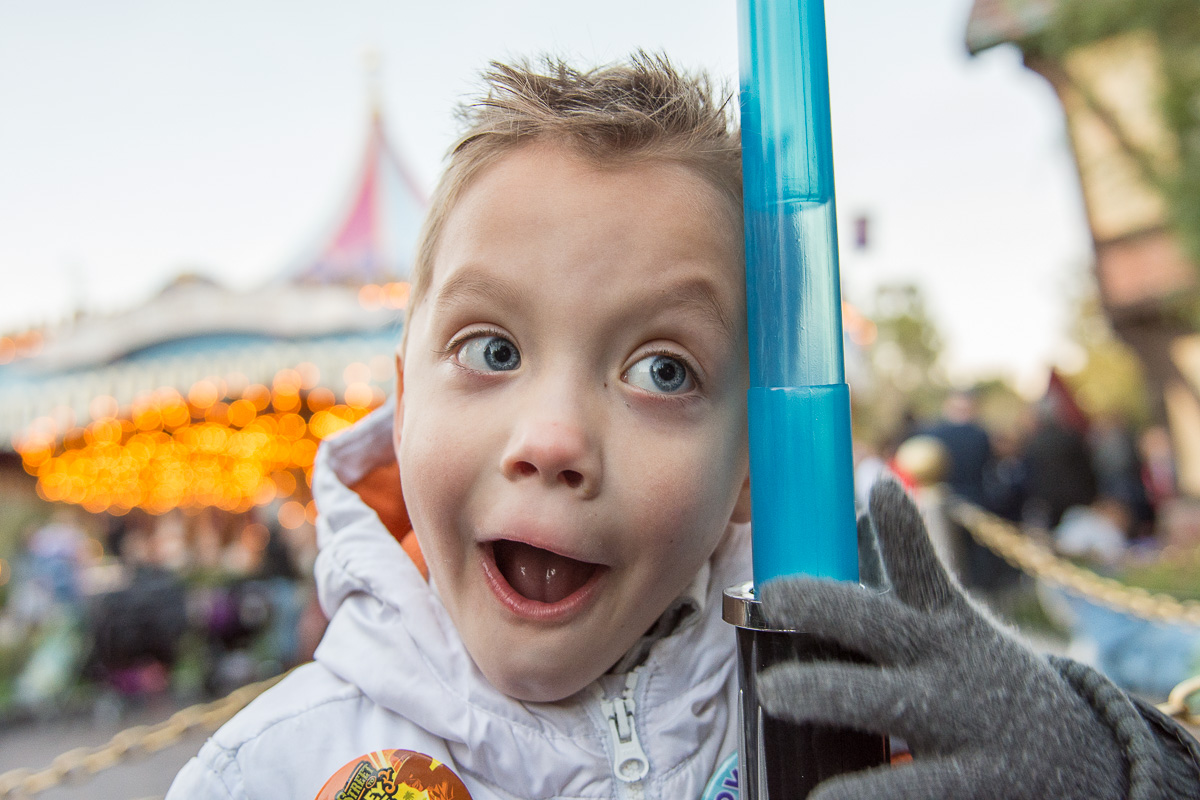 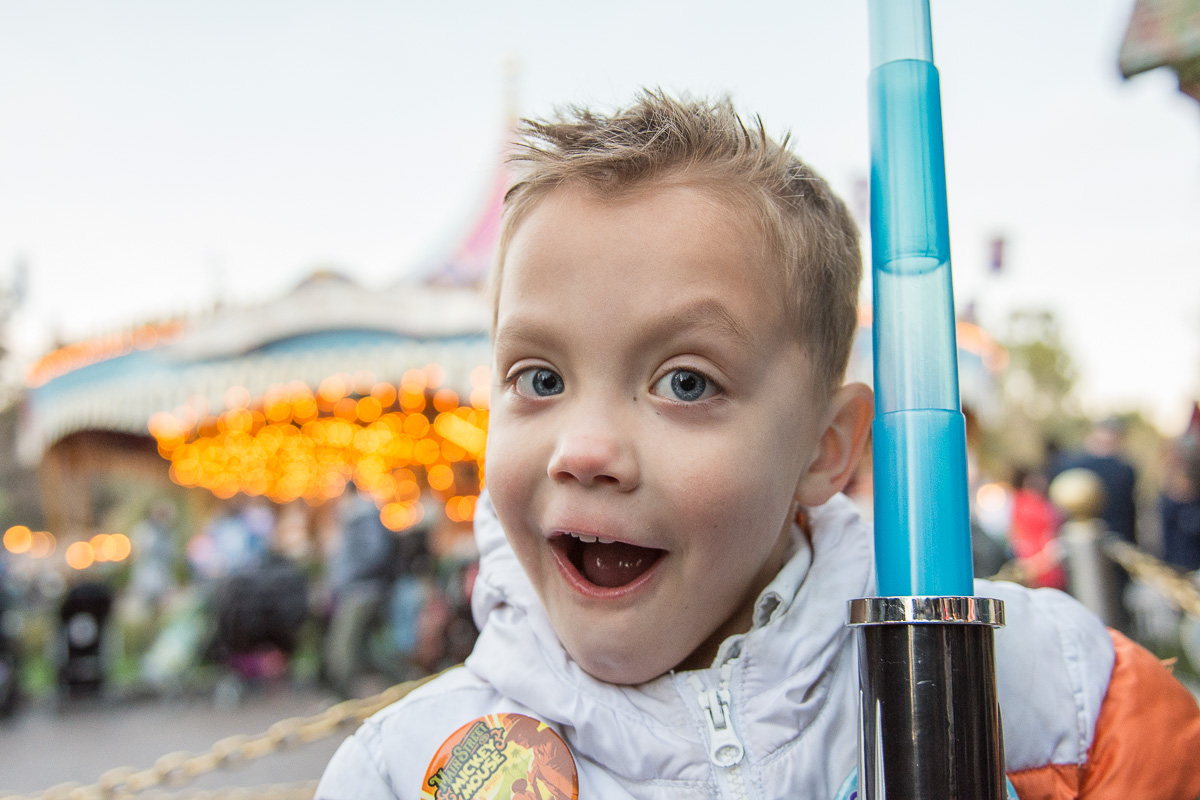 All Nash talked about all day was Blake. He made up a plan where he would open the door a crack and activate his lightsaber before he showed his face so he could surprise Blake when we got home. He wanted to know what Blake was doing at all times. Blake was just as eager to stay up and wait for us so he could hear about every detail of our day.

Even though those brothers are almost inseparable, a one-on-one date was just what the two of us needed. Nash sometimes suffers from middle child syndrome and a birthday date was the perfect way to give him some focused attention.

I mean, you can’t go wrong with the happiest place on earth.