Finn went ahead and turned the big one-and-a-half. 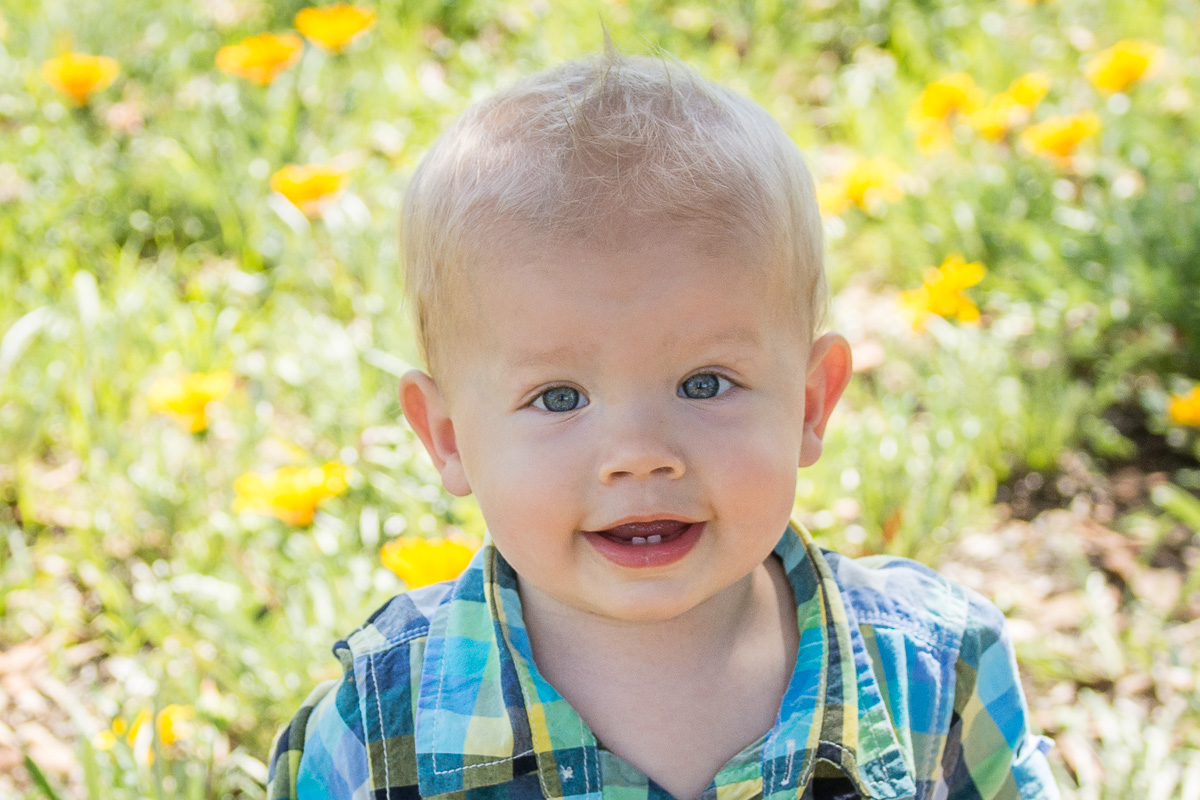 As we were leaving church last week, I noticed a huge wildflower field completely in bloom. I couldn’t resist taking Finn back to that location to capture his advancement in age. 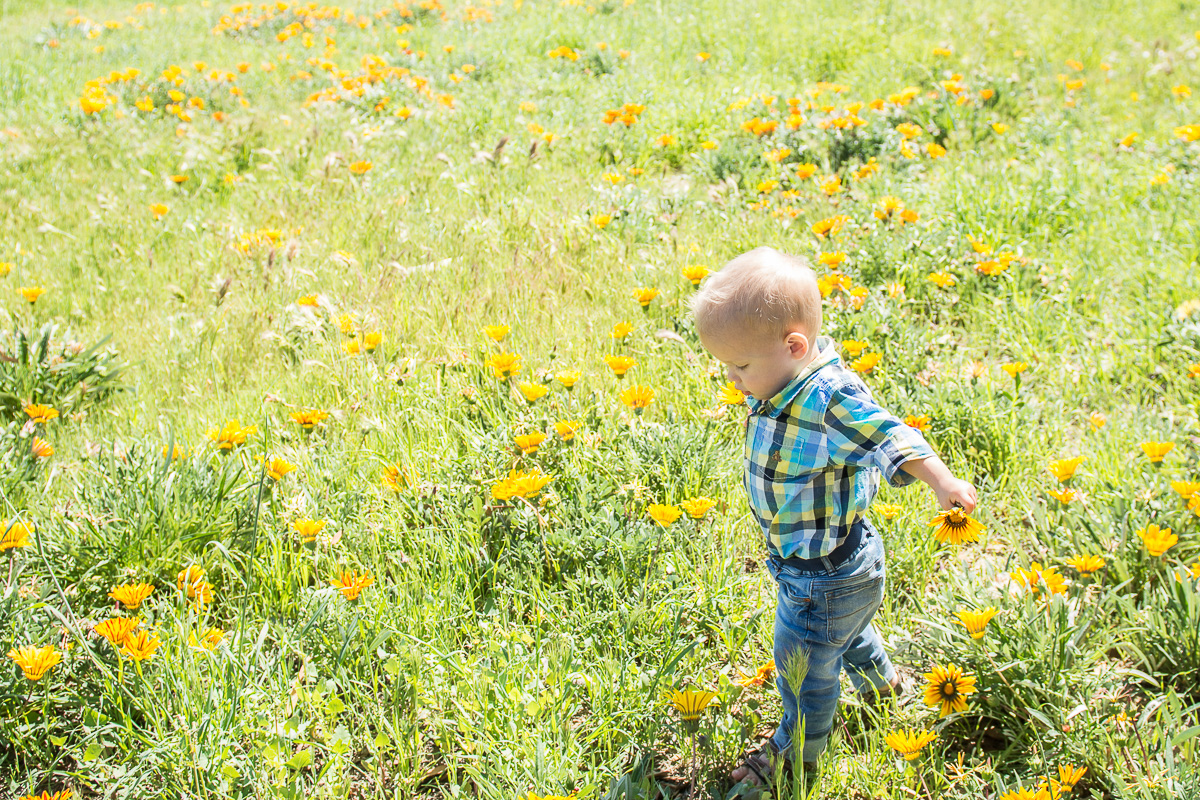 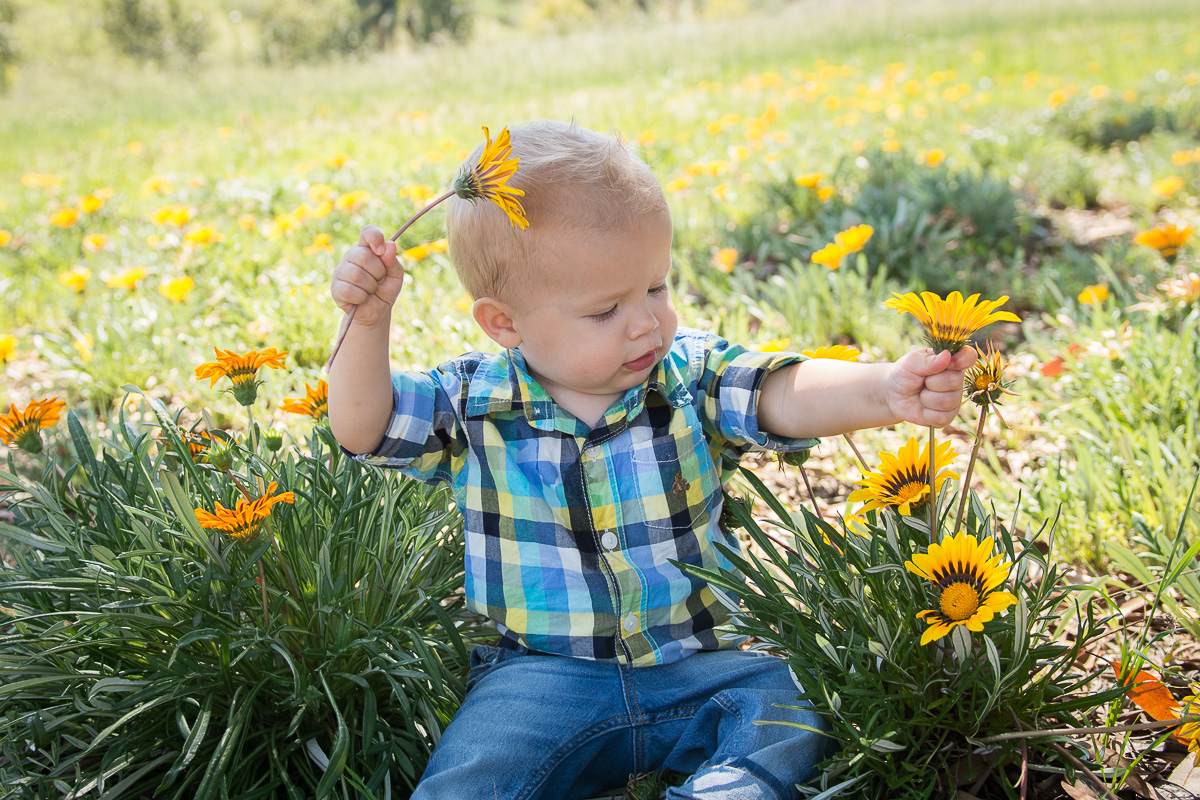 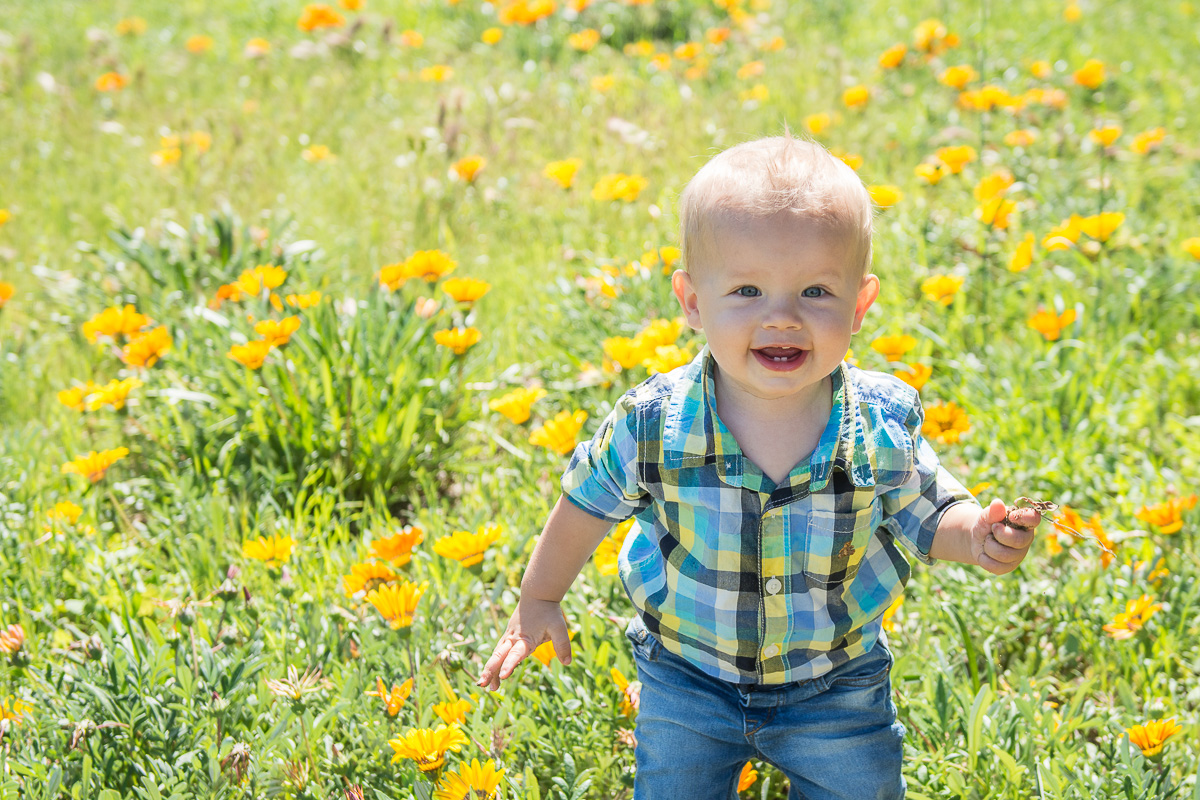 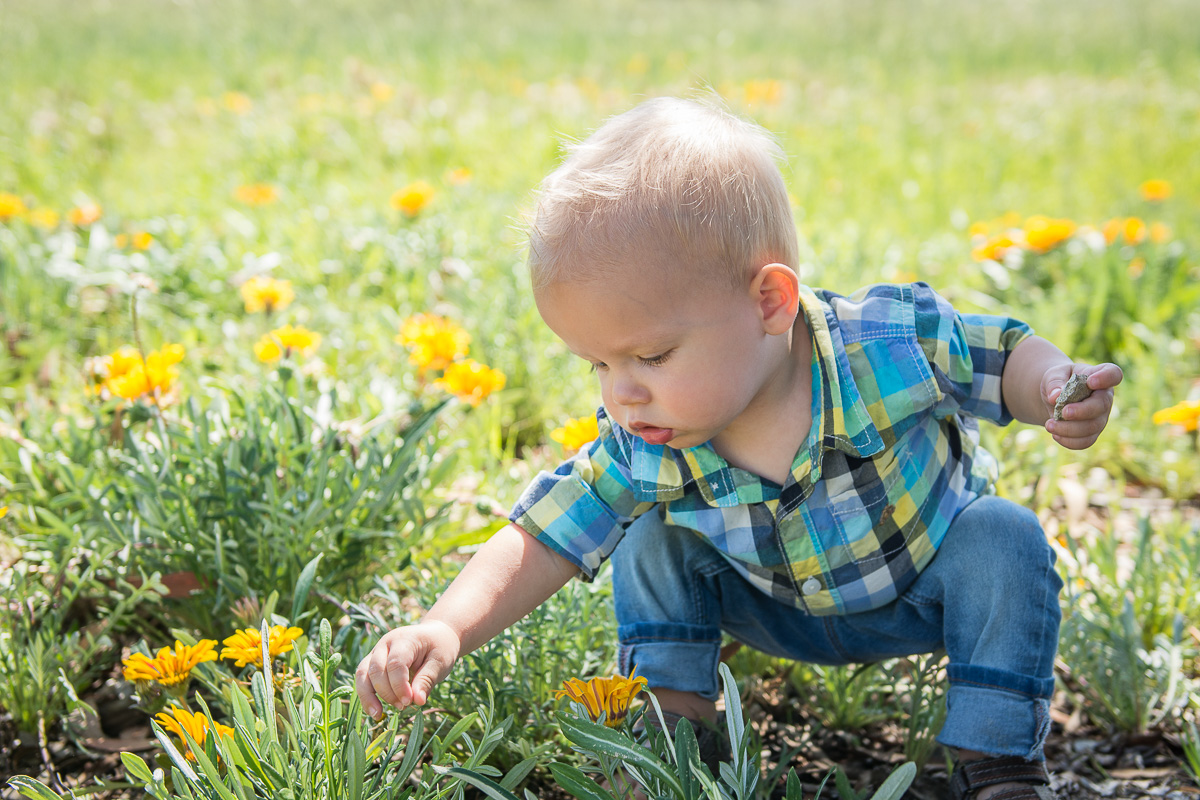 The rows and rows of yellow blooms were open for a little while, but as soon as the sun lowered, they closed right up. 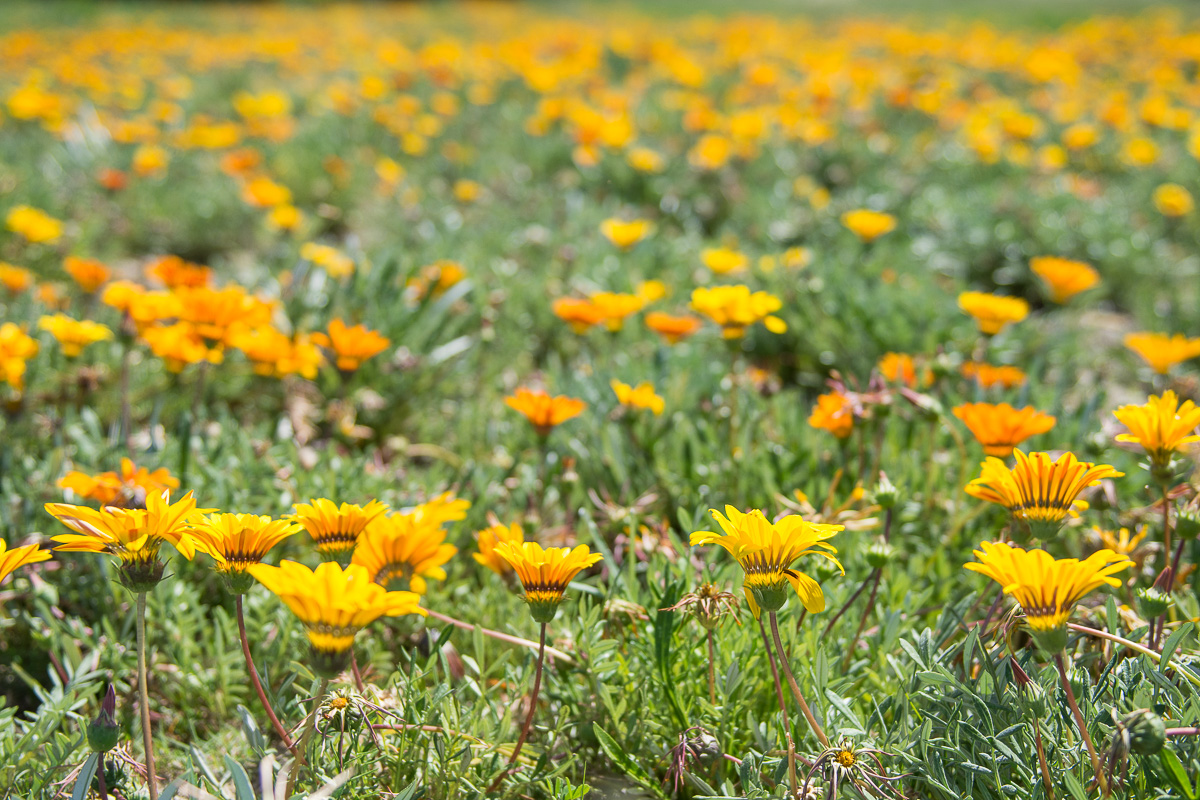 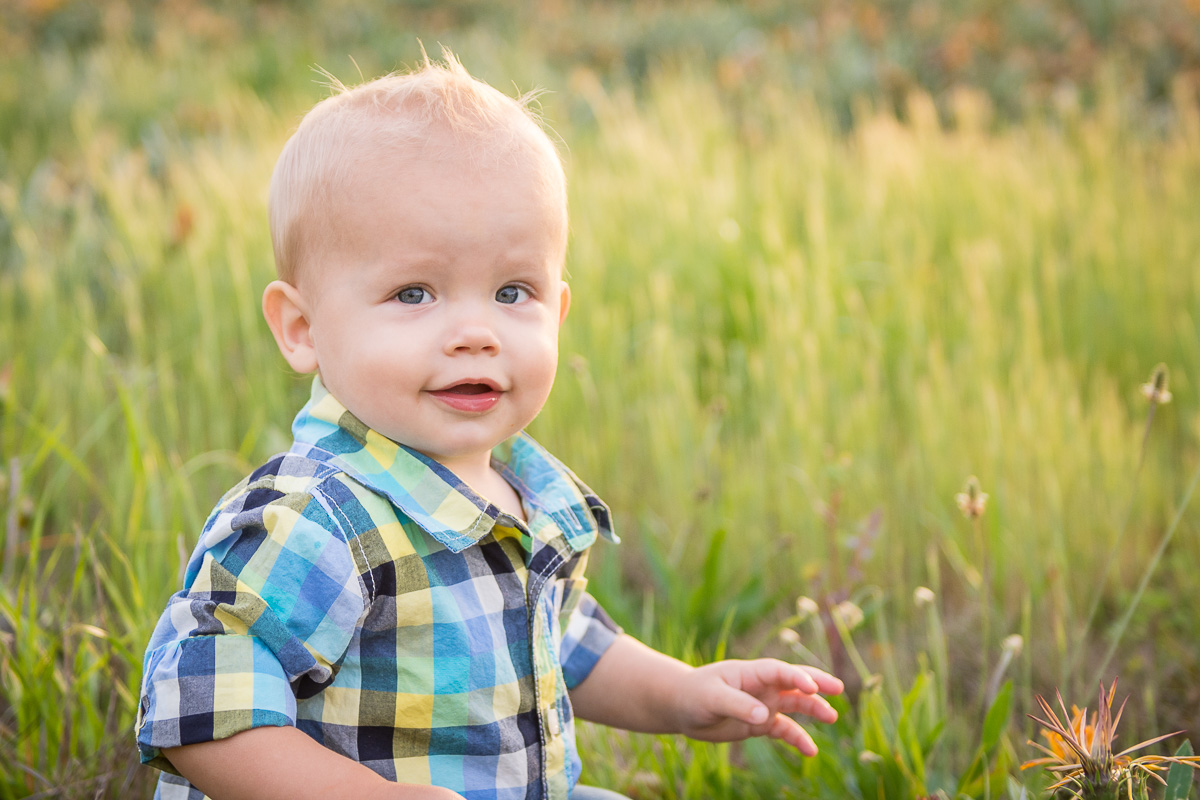 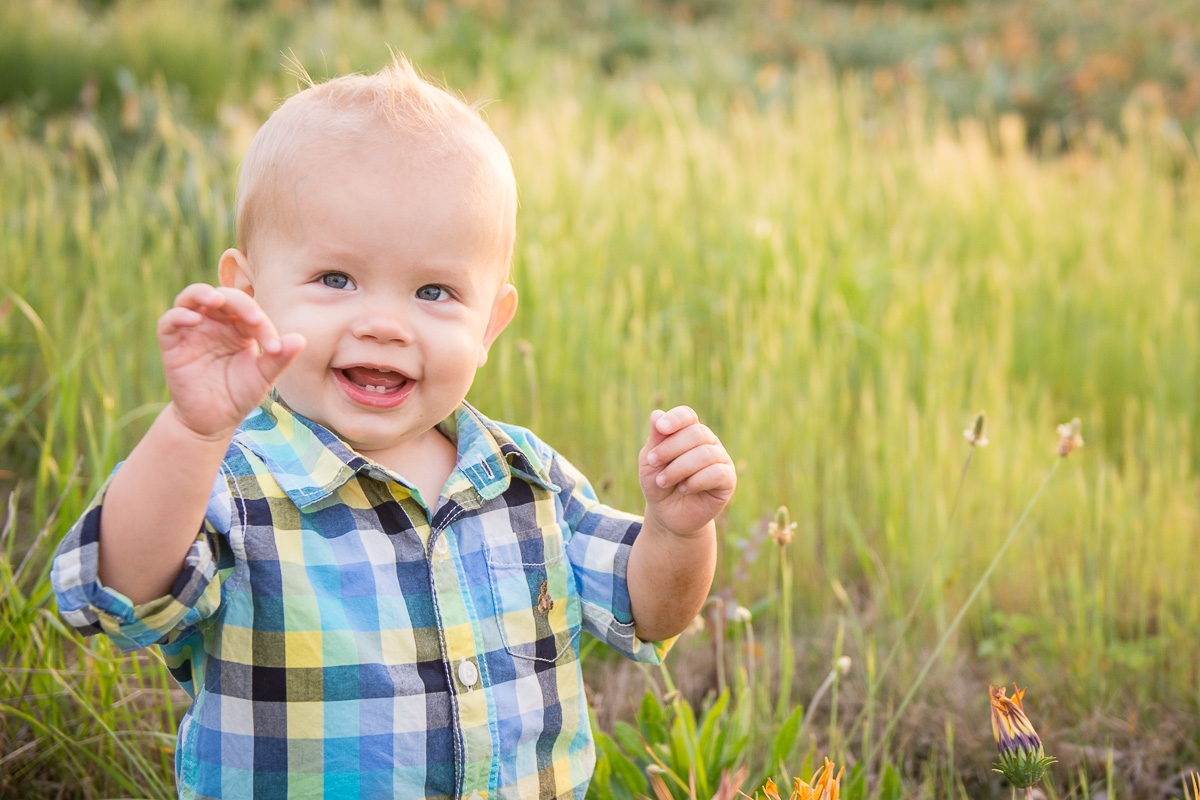 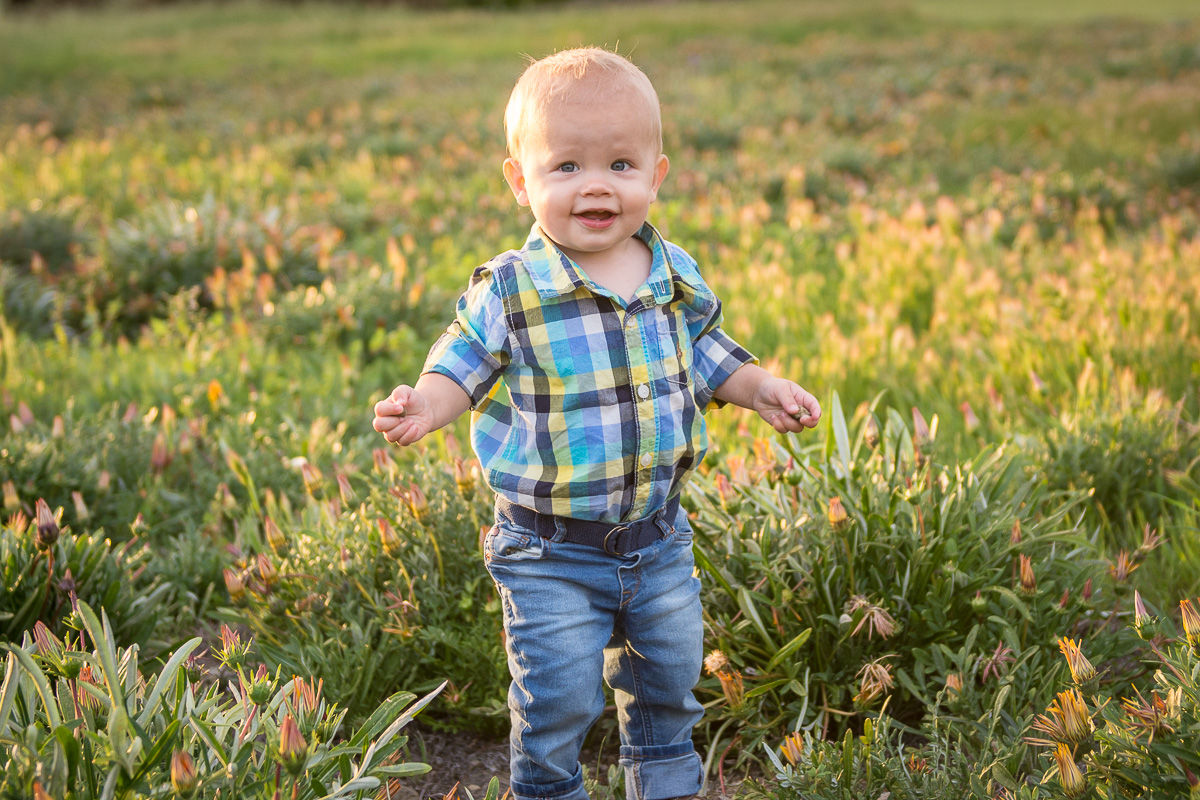 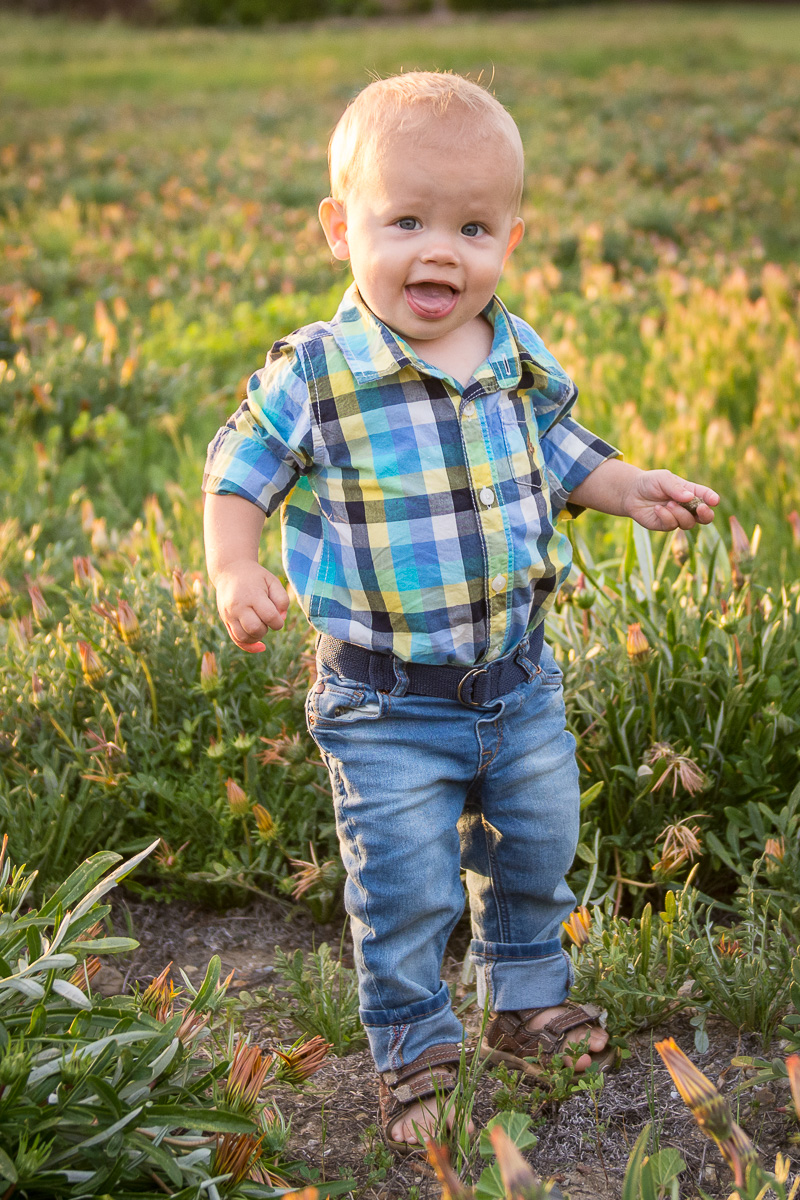 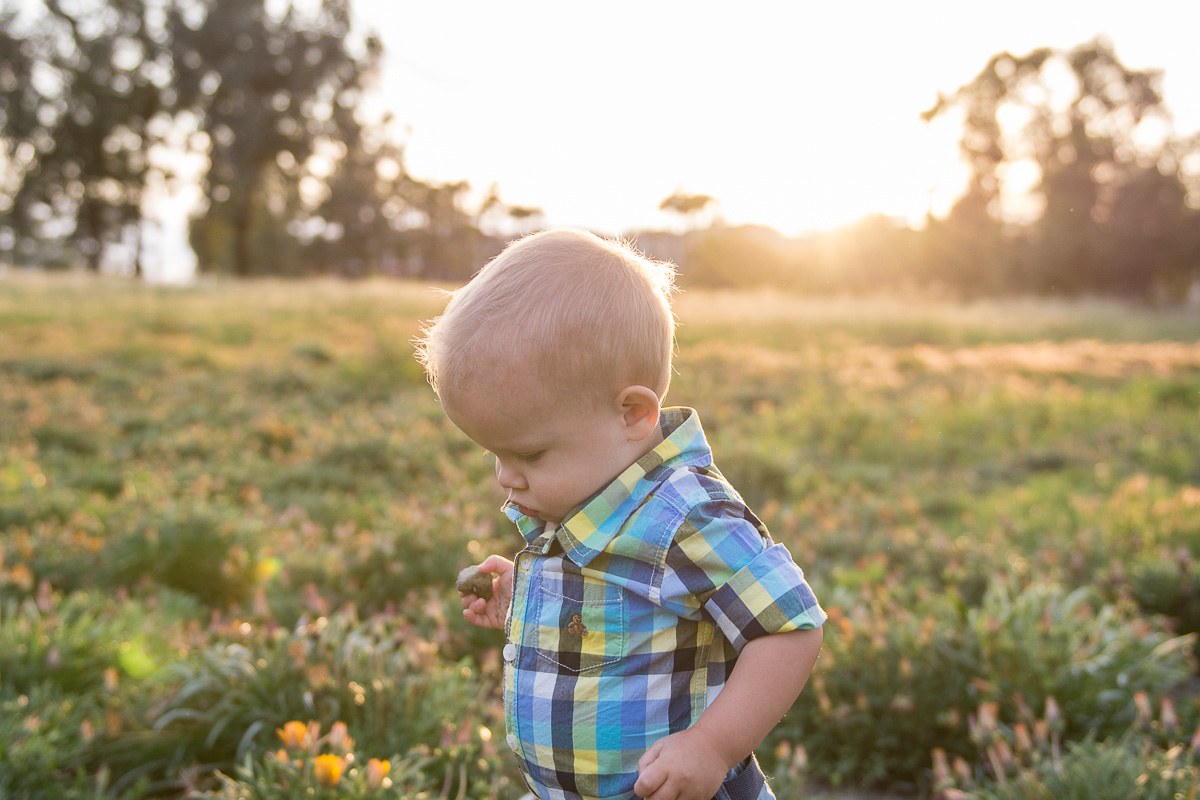 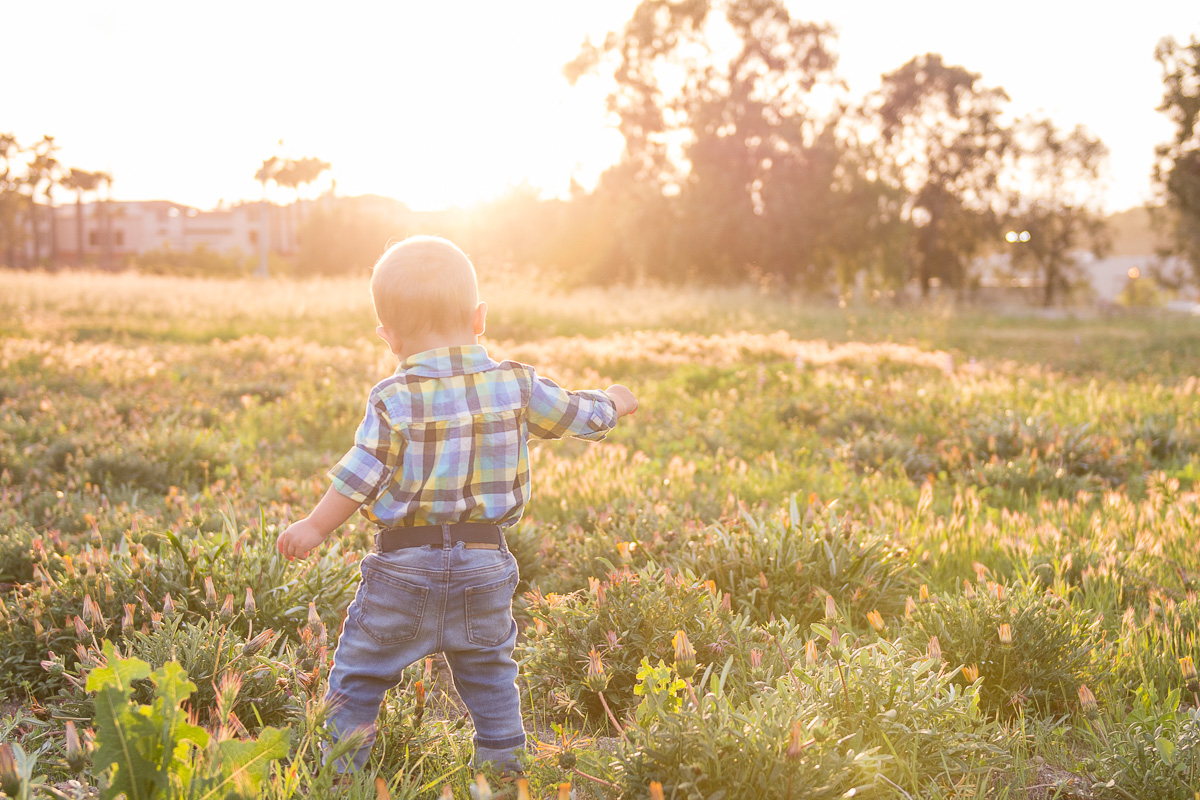 At eighteen months, I finally upgraded Finn from a pack-n-play to a real crib. I managed to fit the crib in our closet still. I’m all about optimal sleep and I see too many sleepless naps and nights for multiple parties if we arrange it any other way. Maybe we’ll reconsider the roommate situation in a few months. But let’s face it, I like Finn to be close to me. When Troy tries to put him down at night, I usually scoop him away so I can spend a few minutes snuggling him before lowering him into his bed. I know all too well that he won’t be my baby for long and I’m trying to savor any babyhood tidbits that I can.

Finn loves to throw his food on the floor. A month ago he ate everything in sight and now he won’t touch anything except crackers and fruit. Even fruit is hit or miss. One day he likes blueberries and bananas and the next day he throws them on the floor. And since he won’t eat at mealtimes, he begs at our cupboards all day long for snacks. I usually don’t give in, so it’s extra frustrating when he pushes me around all day while seeking snacks. I sure hope this phase is short lived.

Other than the mealtime situation, Finn is a dream. When he wants to be tickled, he holds his arms out and wiggles his fingers while making noises with his tongue. His vocabulary is increasing every day. Eighteen months is the age of eligibility for nursery at church and so far he has gone right in with no tears. Finn begs to go outside and wants to do anything his brothers are doing, including rough housing. He loves his thumb and nie-night more than life itself.

He’s really starting to become “one of the boys” instead of just “the baby.” As much as I want to hold onto to babyhood with all my might, I had a little epiphany about the reality of growing up a few weeks ago. Our family went to a movie at a movie theater; all six of us. We rarely go out to dinner or movies as a family anymore because it’s just too stressful. But it was a rainy Friday night and we decided to make a go for it. To our great surprise, everyone was on their best behavior. Even Finn was still and snuggly through the whole movie. It has been so long since we’ve done anything like that. I caught a glimpse of the freedom that comes with children growing up and acting appropriately in public. I have a feeling the party is only just beginning.