The boys and I were a bit emotional about our annual Disney passes coming to an end in February. I’m sure we will make the investment again sometime in the future, but the finality of our first year in California being over hit us hard.

When we sat the boys down over a year ago to let them know we were going to be moving to Southern California, there were a lot of tears. Their only consolation at the time was that we would live close enough to Disneyland to visit whenever we wanted. In fact, a parent from Blake’s first grade class called me the next night to inform me that her son told her, “Blake is moving to Disneyland!”

Of course, now the boys love many things about living in California. But giving up the first hopeful thing they clung to was harder than anticipated.

Not to get too dramatic, but Disneyland filled us with a lot of happiness over the last year. It was the place we went when we didn’t know a soul in our new home. It was where we went when I was missing out on my beloved book club. It was where each of our boys’ birthdays were celebrated on individual birthday dates. It brought our extended family together on a few occasions. It was the topic of many conversations with new friends. And it happened to be the 60th anniversary year, which meant we got to witness debuts of new parades and attractions.

I wish I could say our last visit went smoothly, but emotions and expectations were running high which set us up for a less than ideal evening. We managed to make the most of it despite traffic, long lines and cranky attitudes. It helped when we declared it to be an “ice-cream-for-dinner” night.

Some of our friends came with us and were very patient as I tried to capture the slanting sun through Mickey’s Fun Wheel one last time. 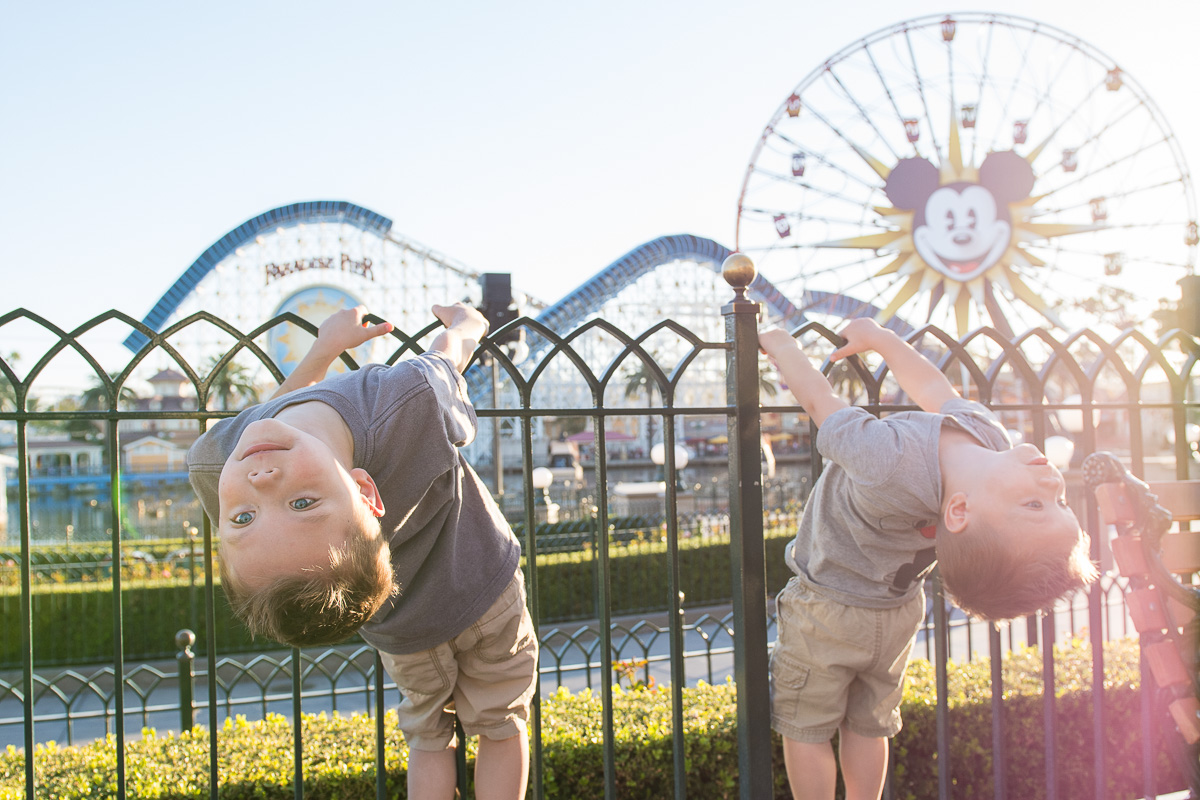 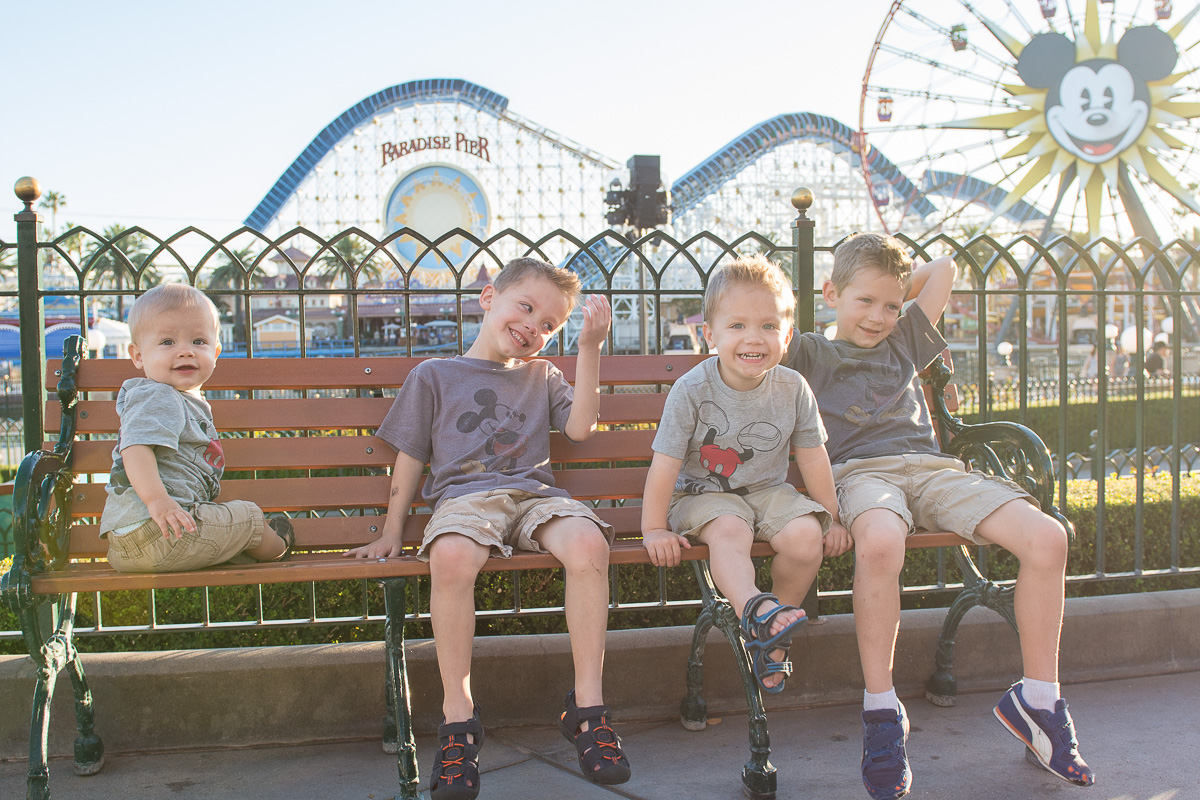 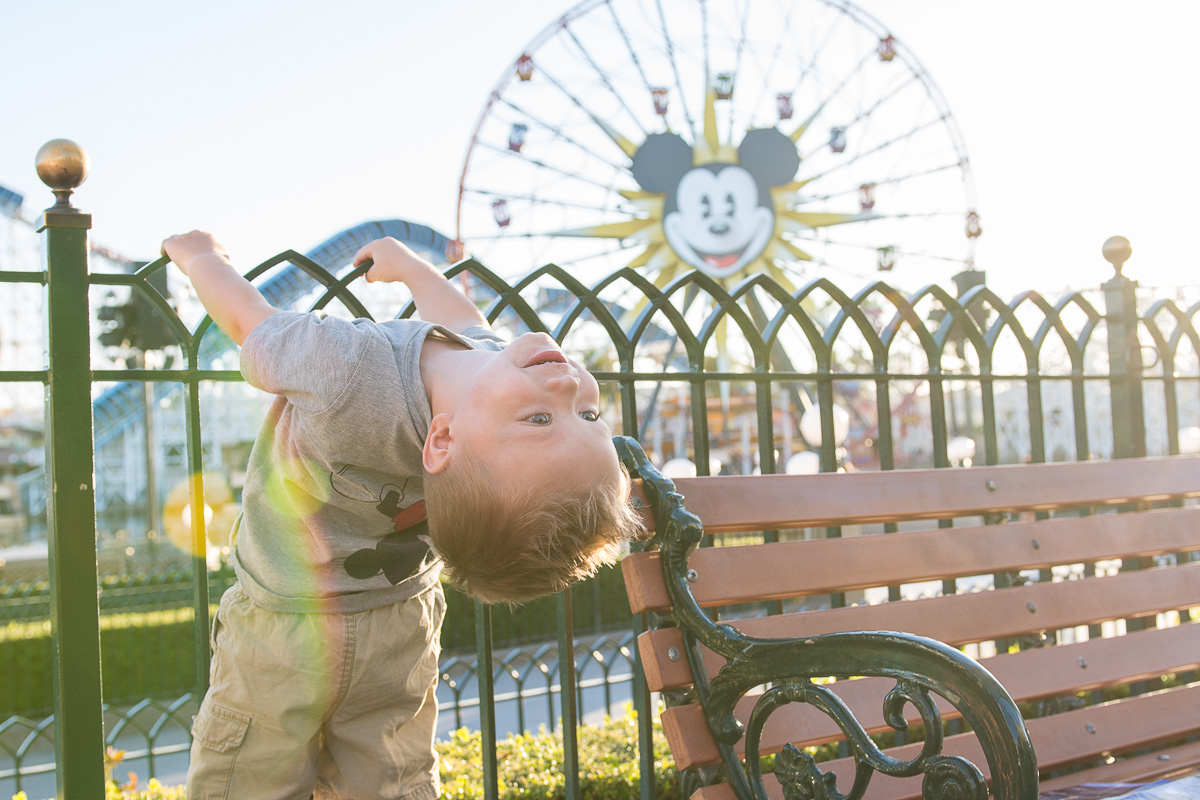 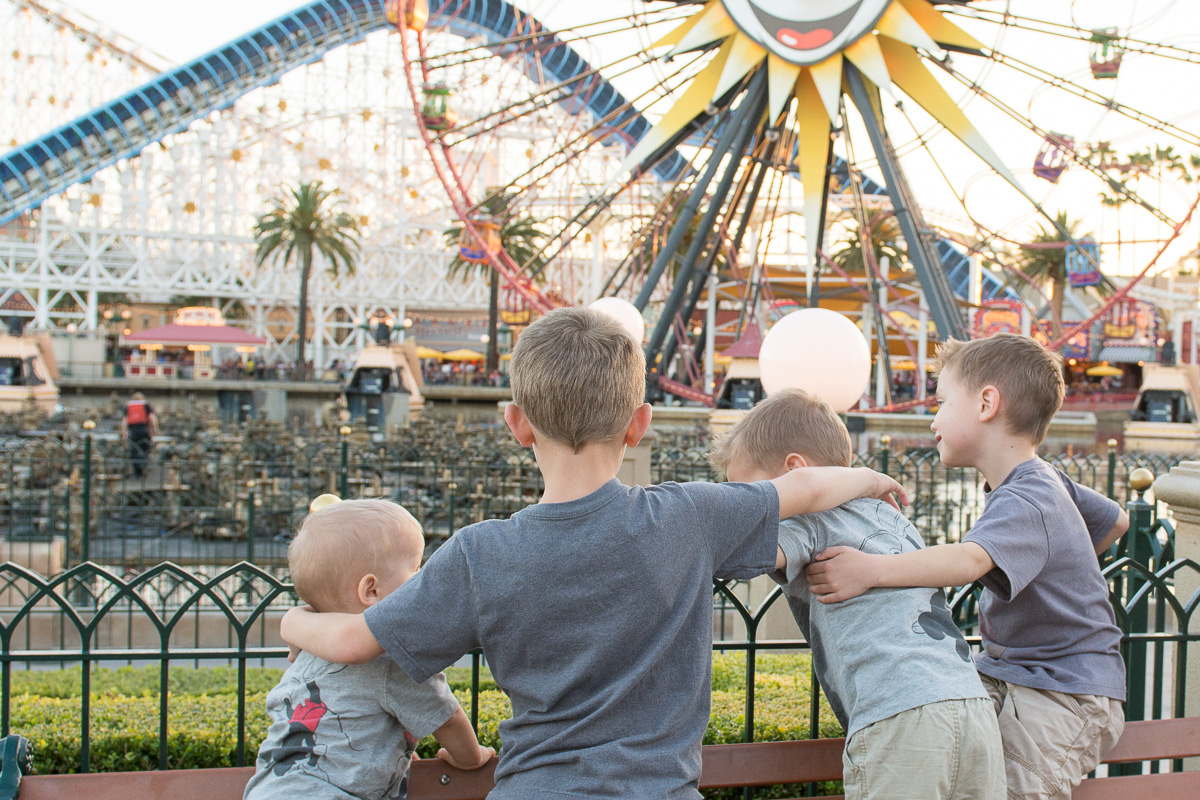 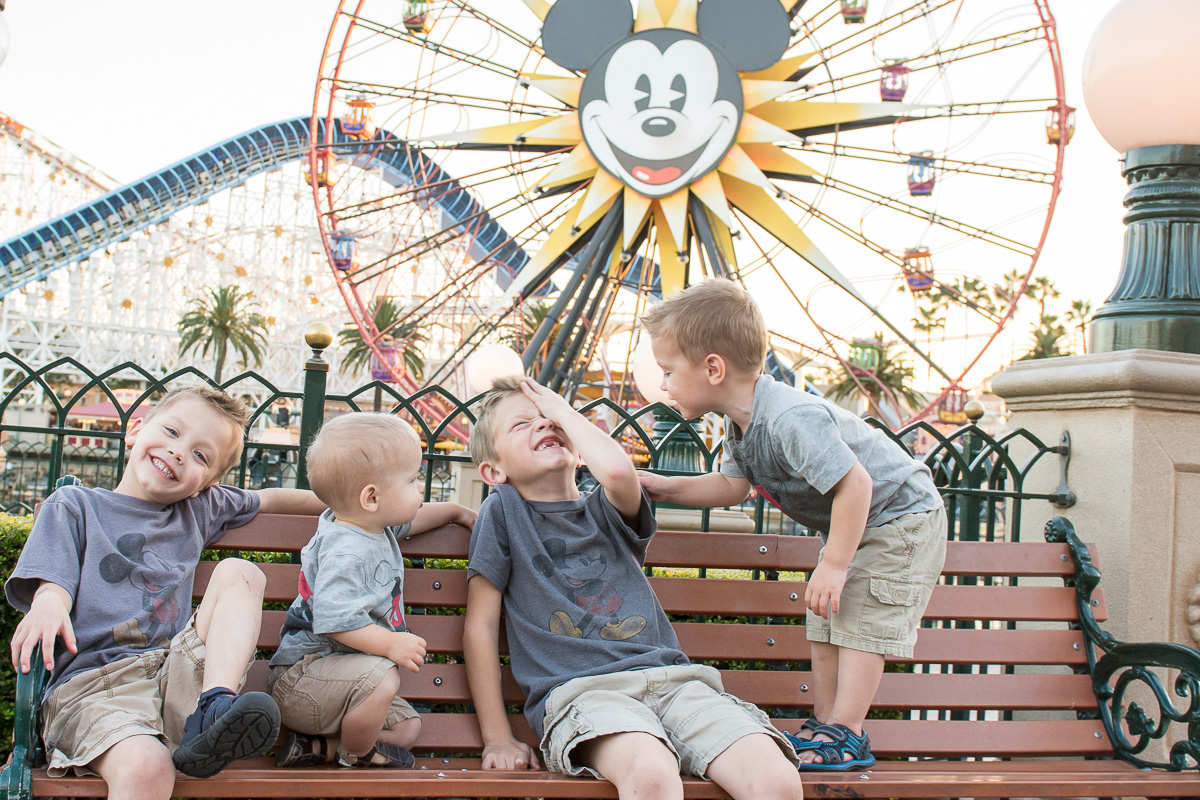 While the older boys scurried off to go on a favorite ride, the little boys had the best time running free. 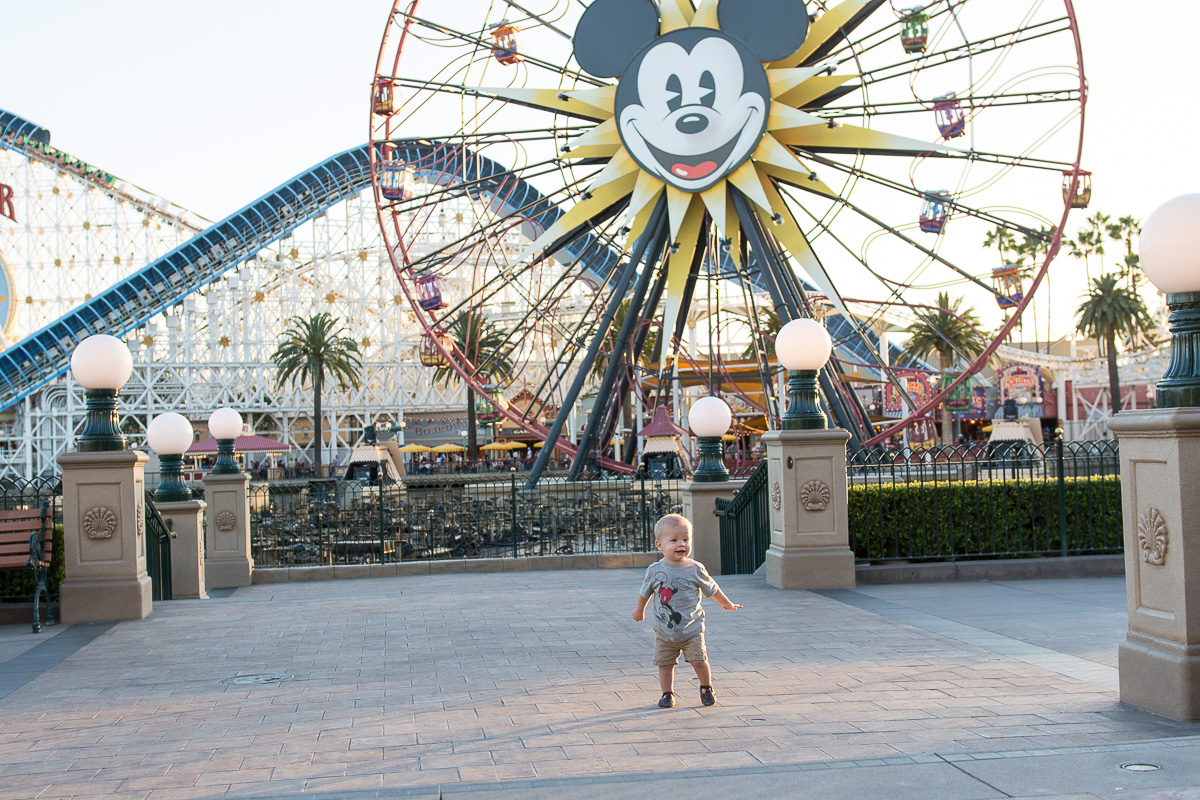 Crew is so protective of his baby brother. 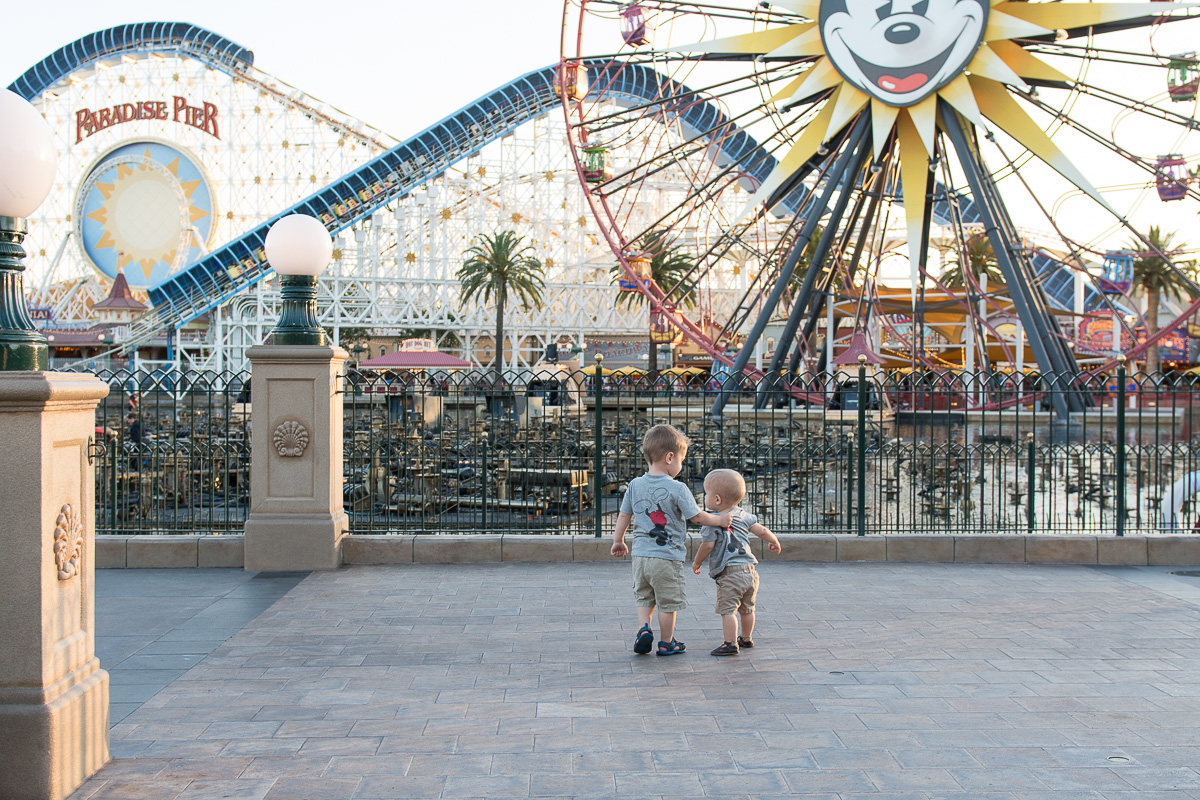 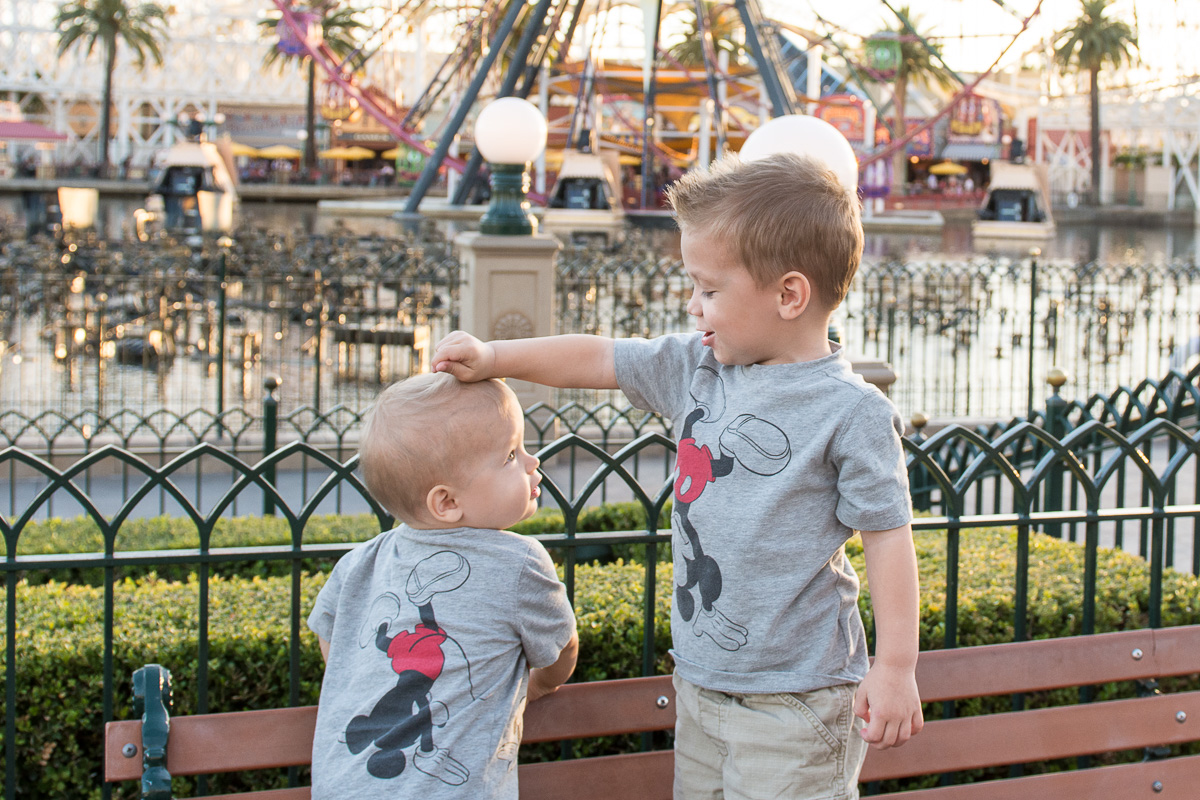 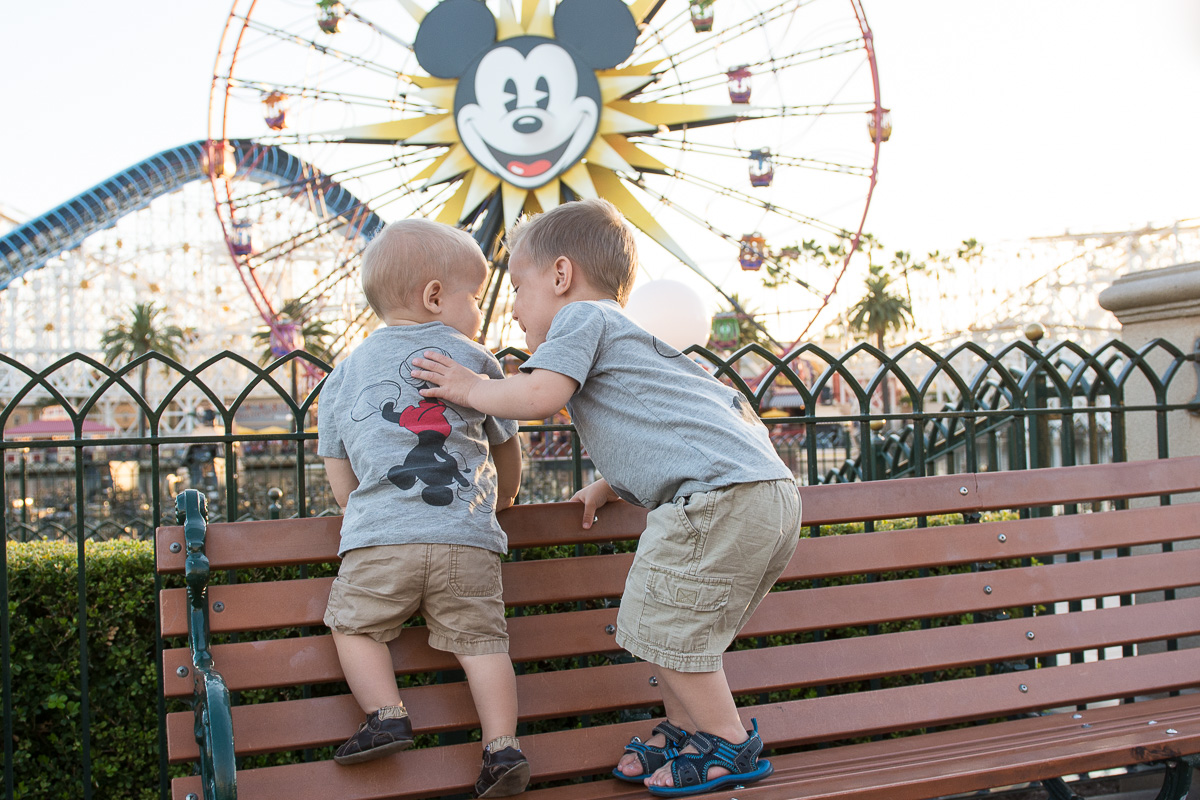 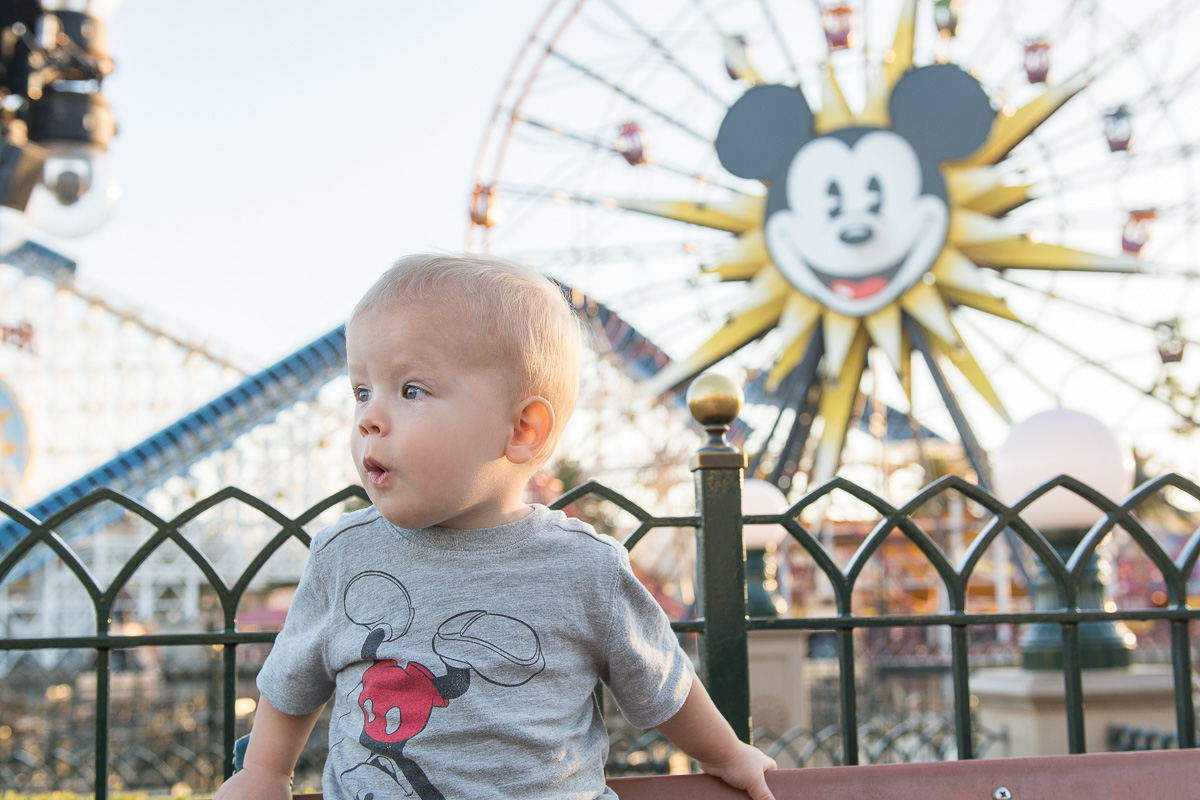 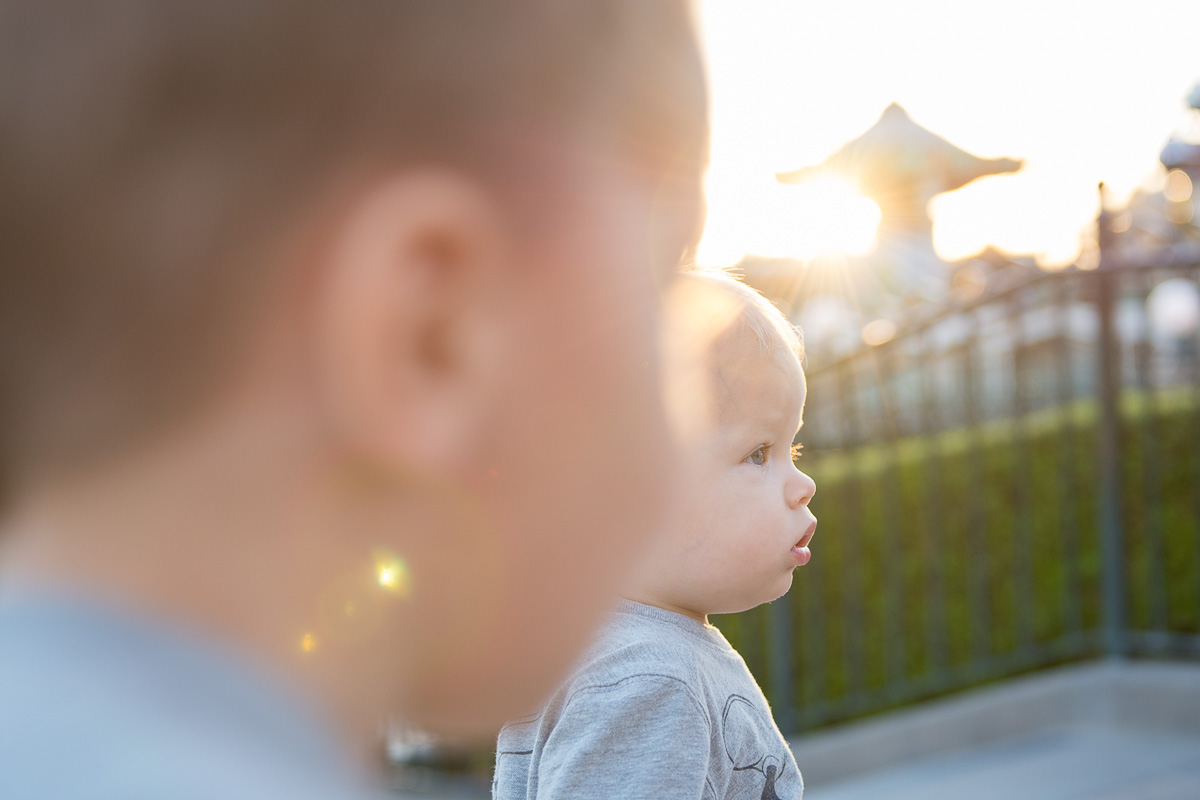 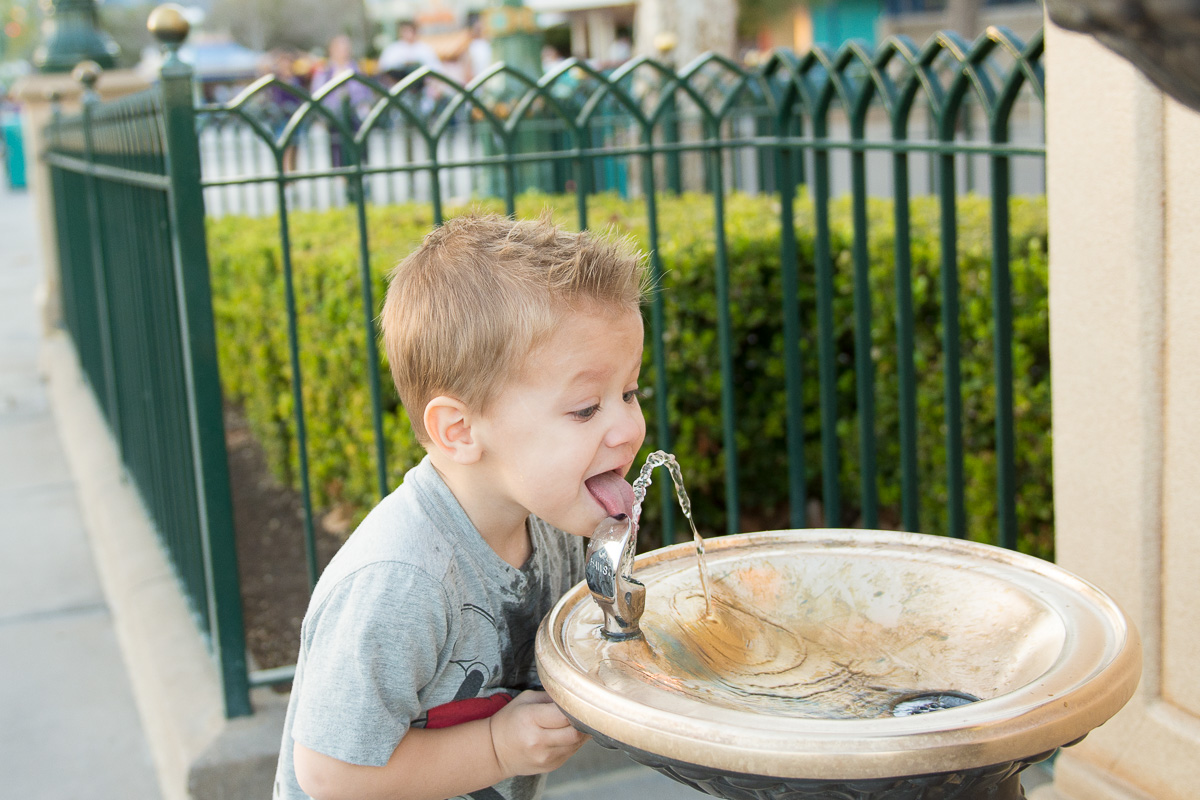 I love this series of photos so much that I just couldn’t narrow it down any more. 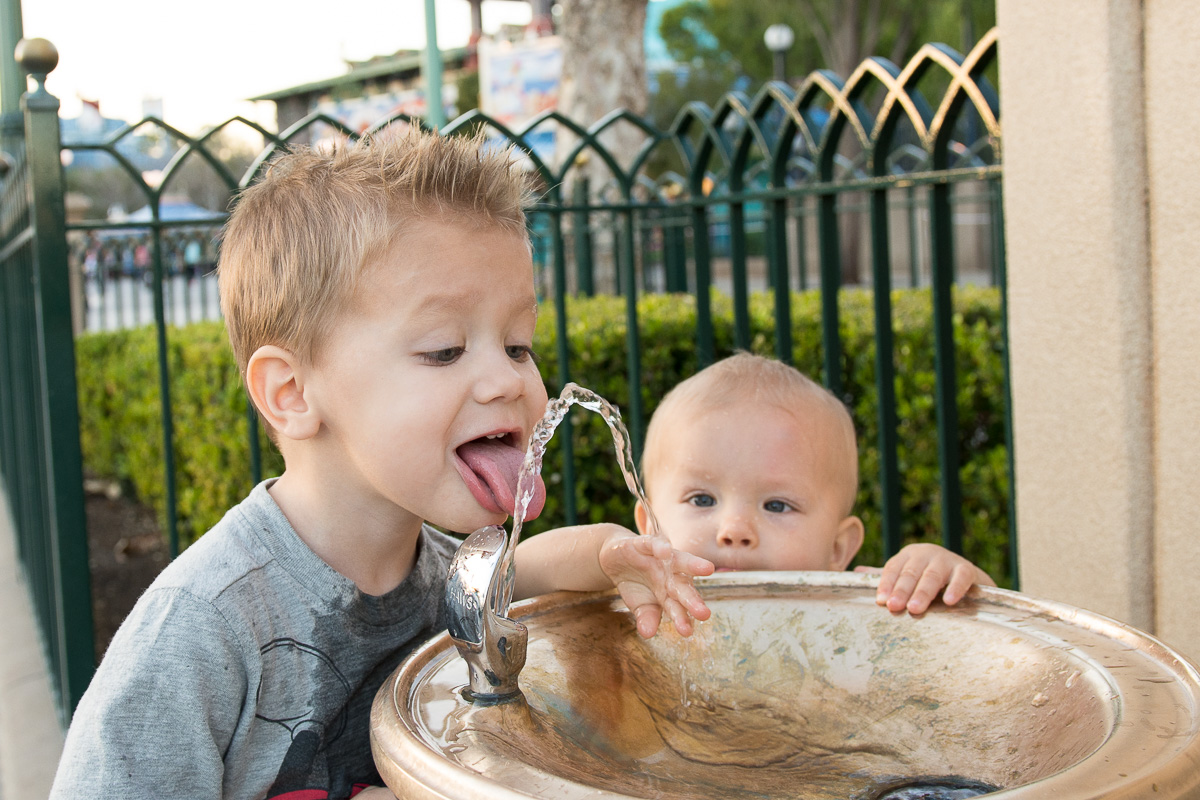 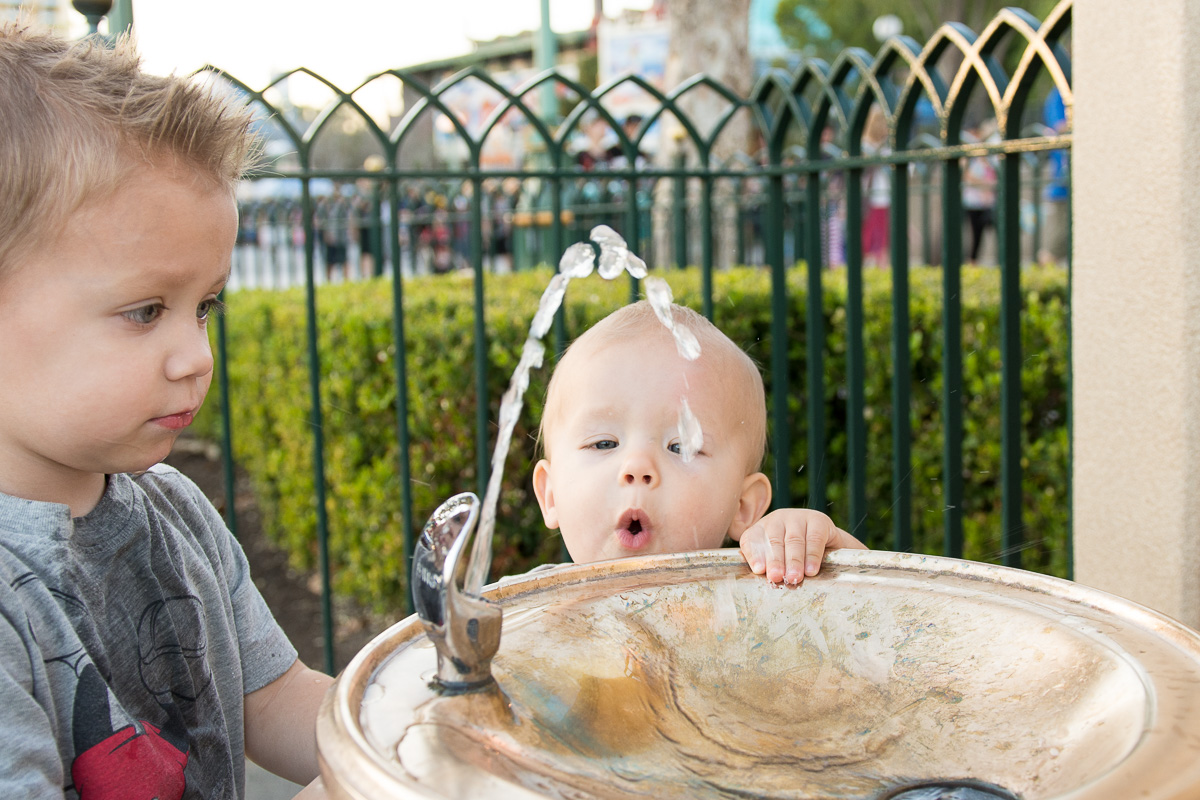 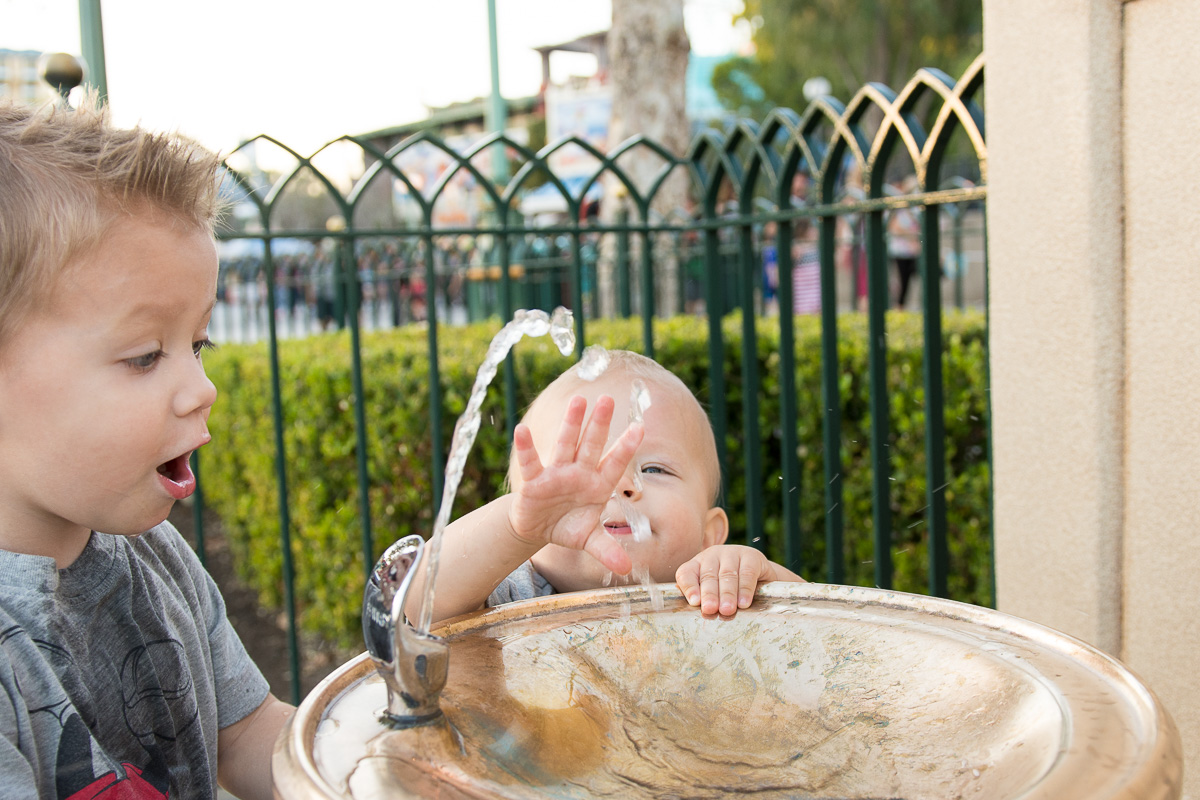 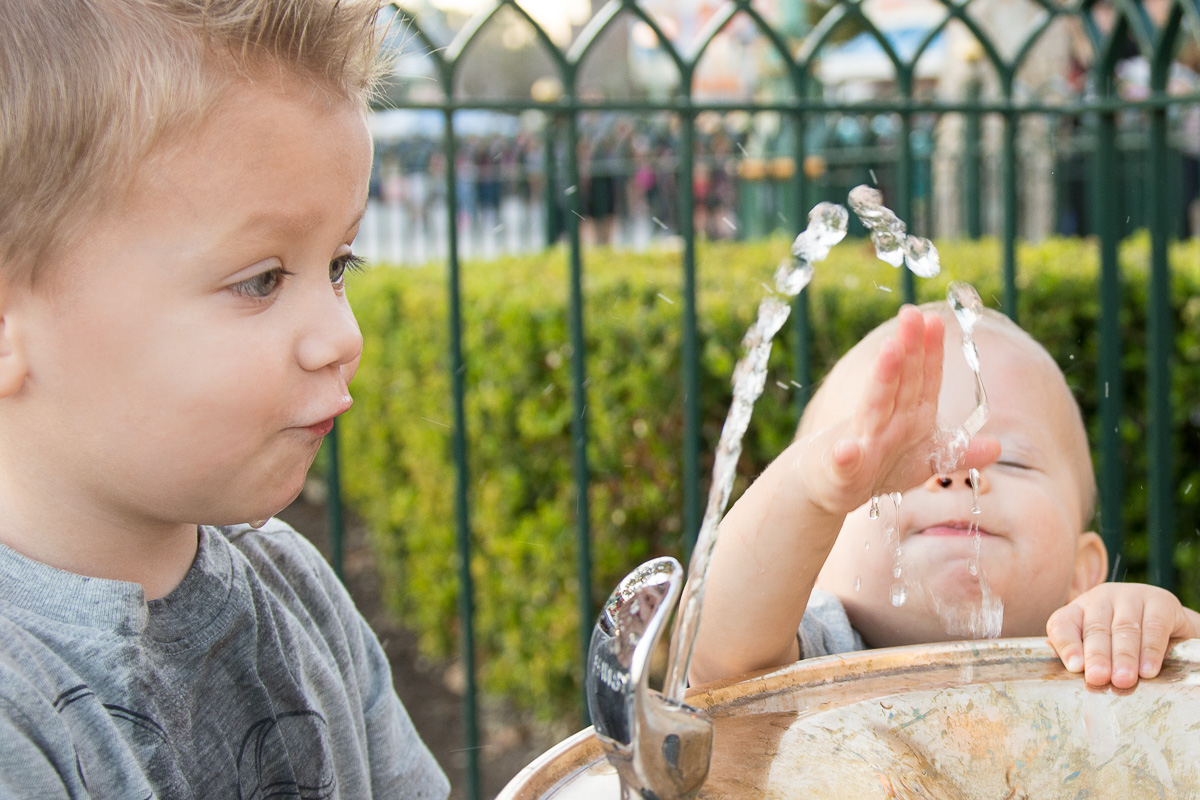 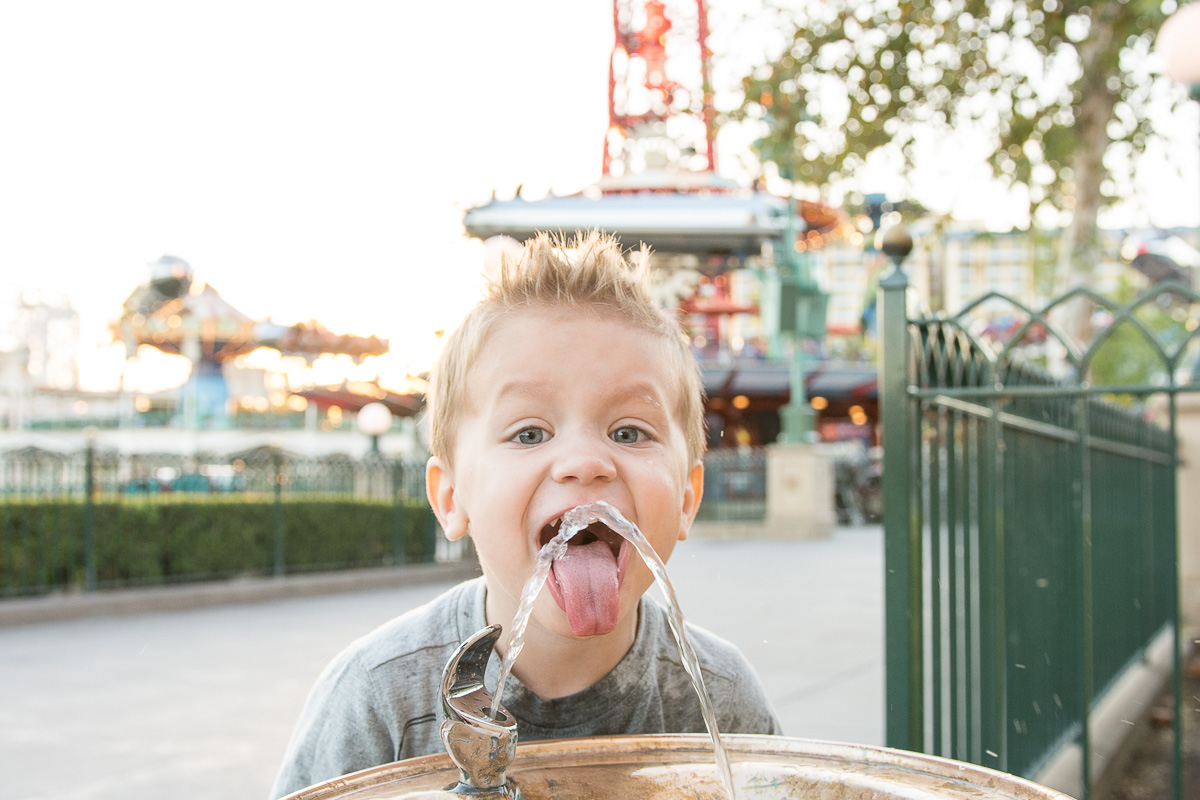 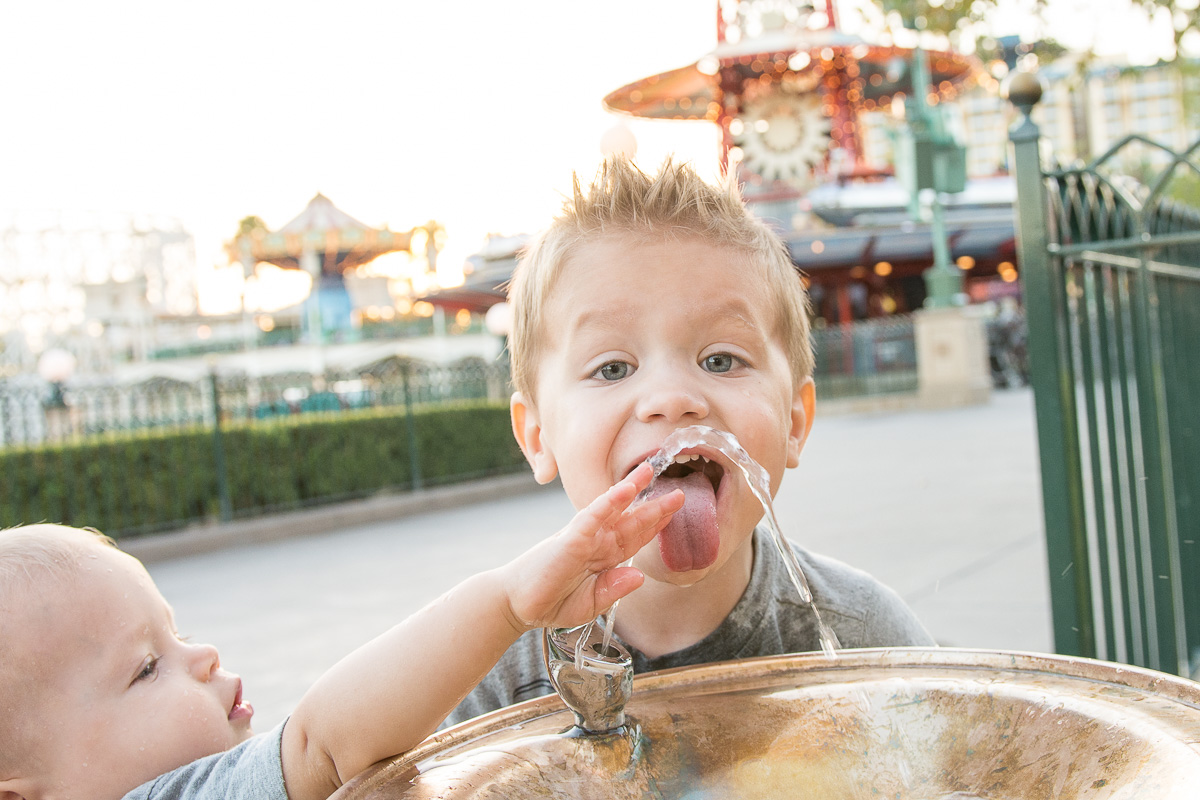 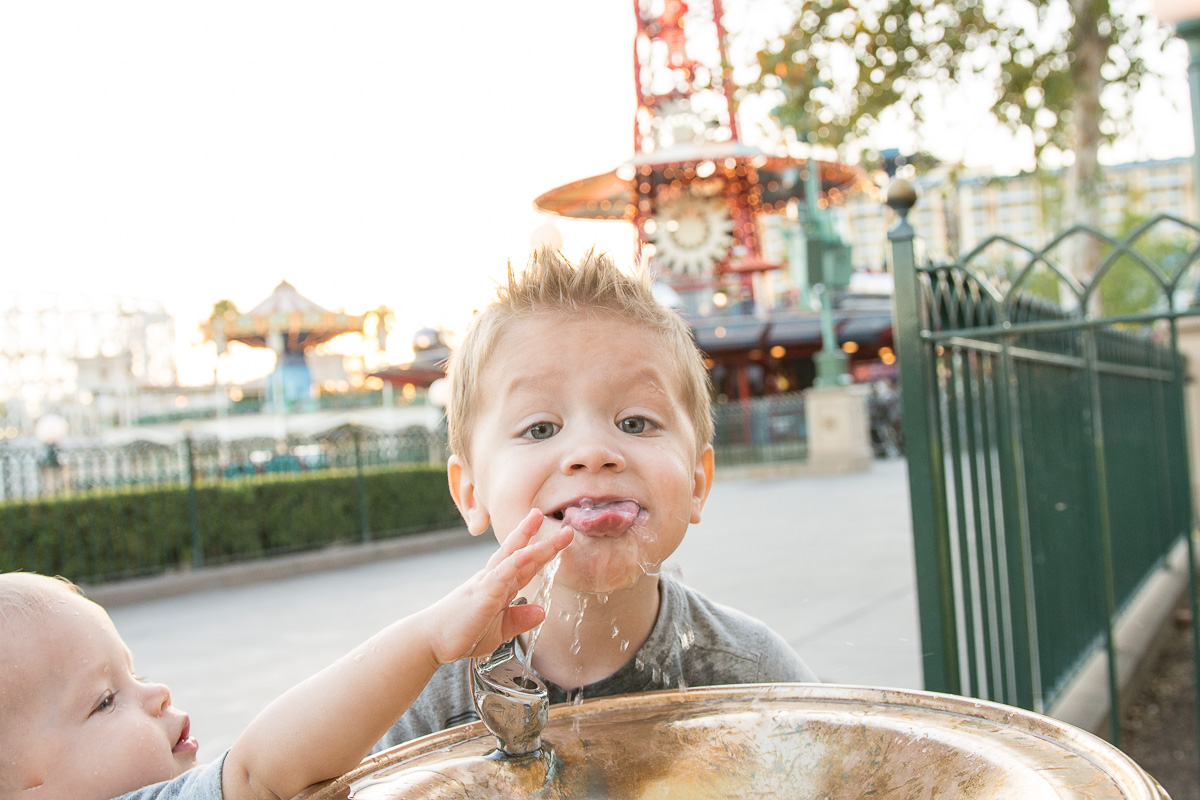 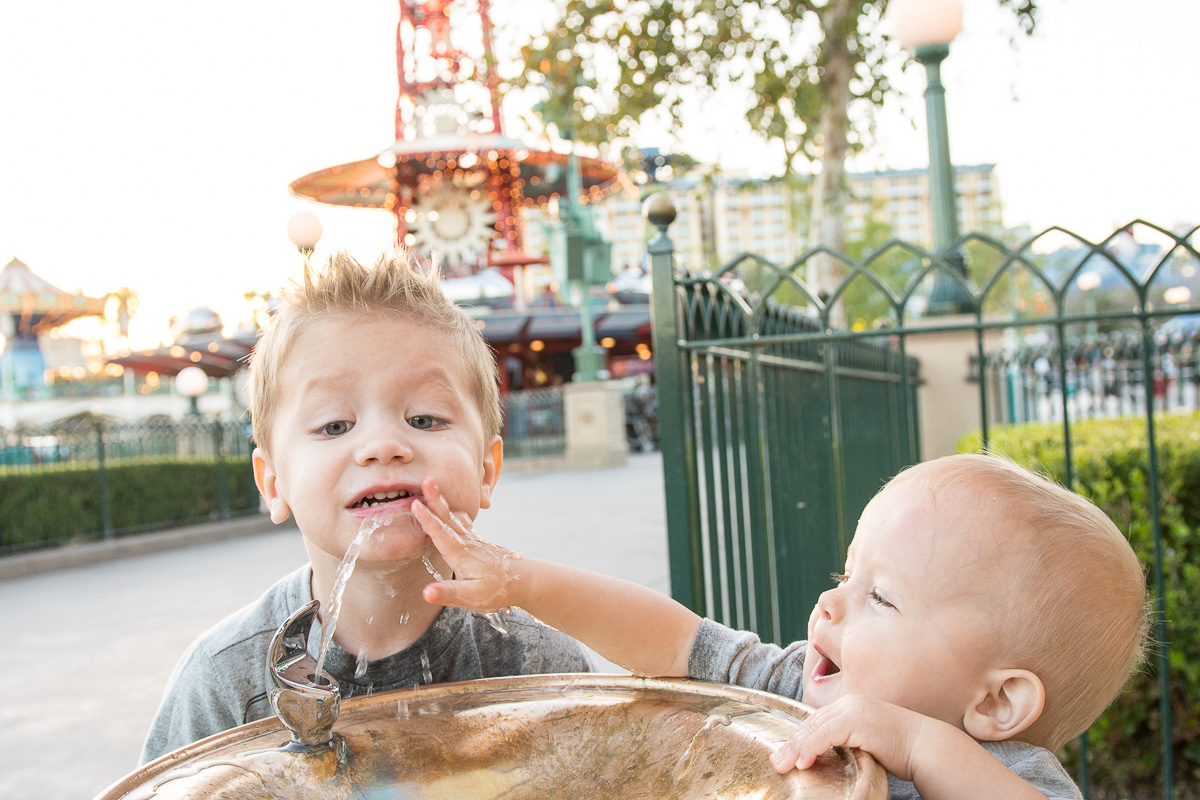 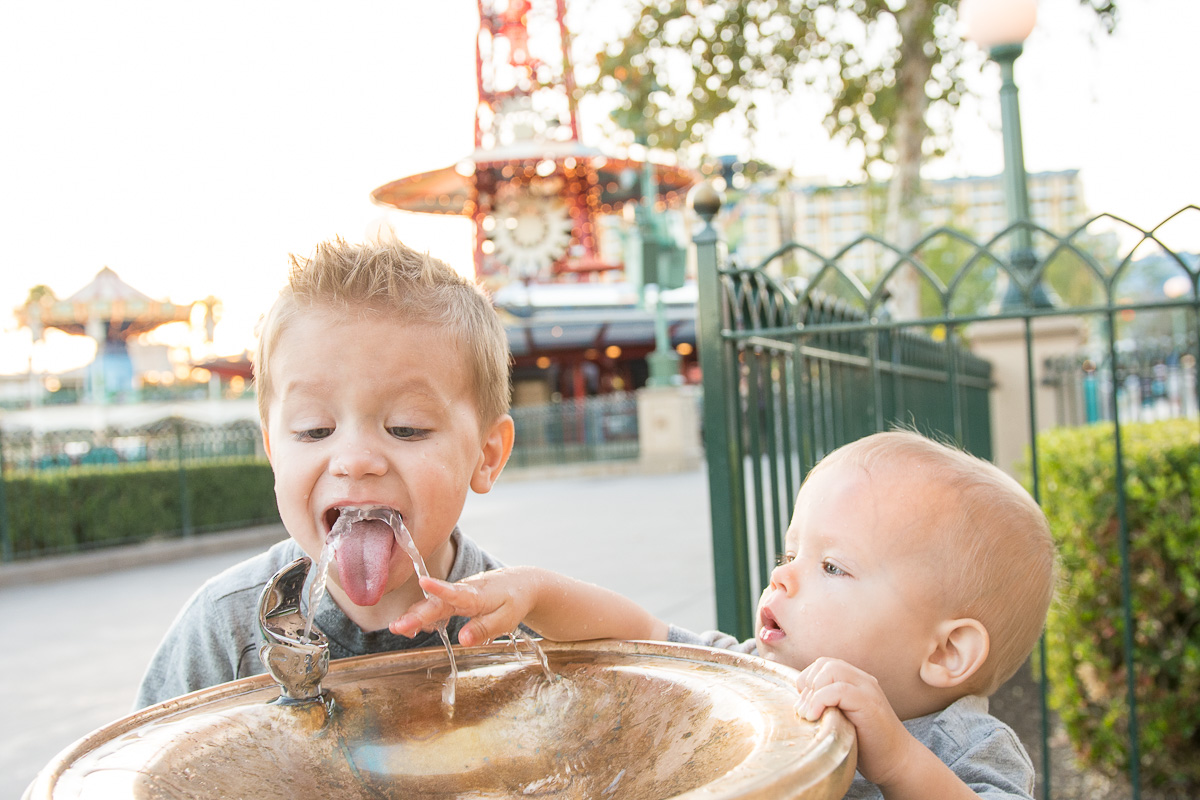 Crew’s shirt was much more drenched than this by the end. Worth it? 100%. 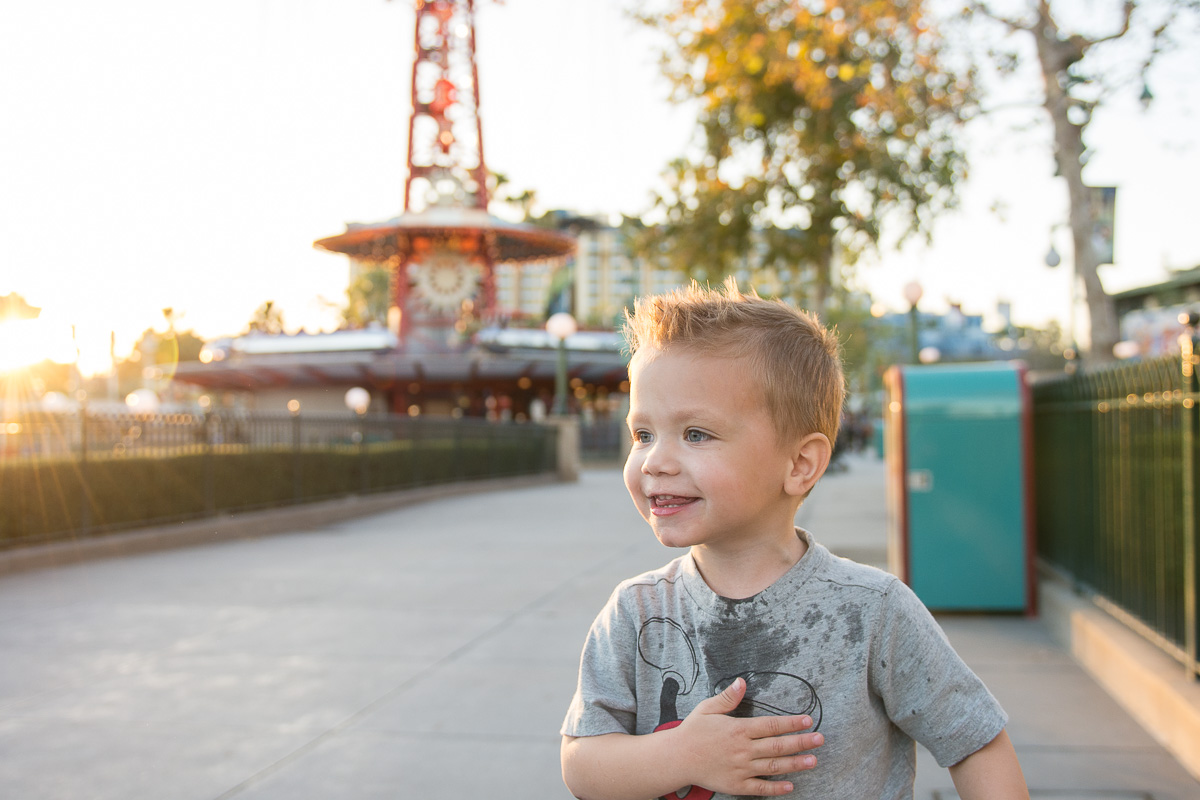 Blake and Nash kept separating off with our friends to go on the big kid rides, which meant that I got to sit down and enjoy the parade with Crew and Finn. It was a good move, because Crew was in heaven. He had seen the Pixar Play Parade several times, which made the anticipation that much better. He waved nonstop the entire time. I’m still convinced that right around three years old is the most magical time for Disneyland. 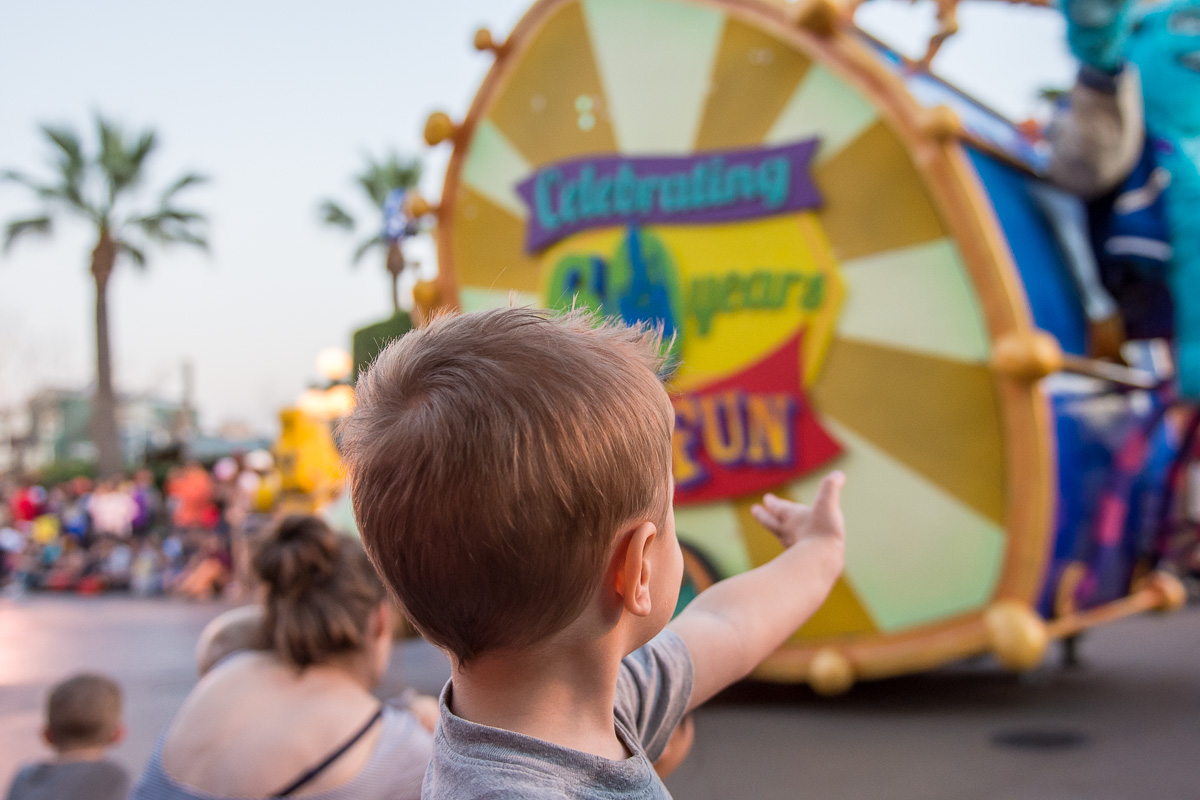 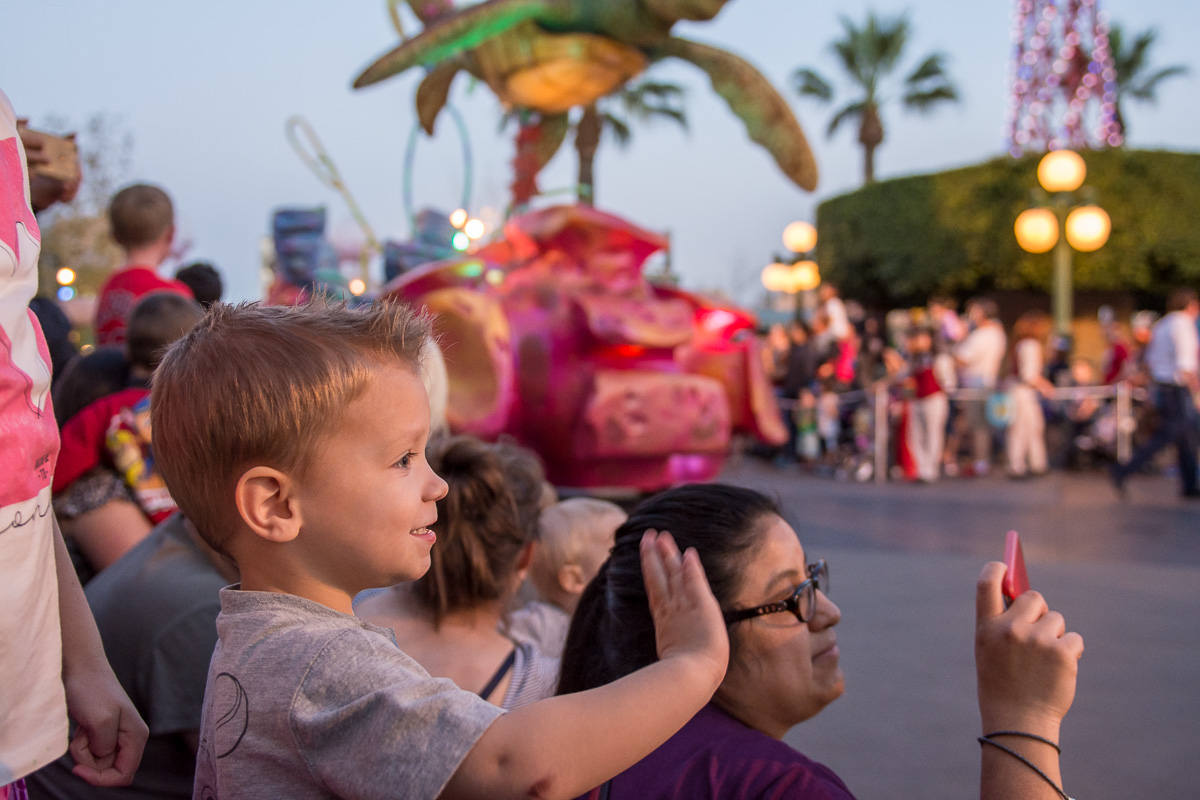 We fit in everything we could until it was time for the inevitable; time to say goodbye. Crew slept through the farewell but Blake and Nash had tears streaming down their faces. I’m sure the late night and sugar high didn’t help the situation, but it was heartbreaking to watch them cling to Mickey Mouse benches to bid farewell on our way out of the park. 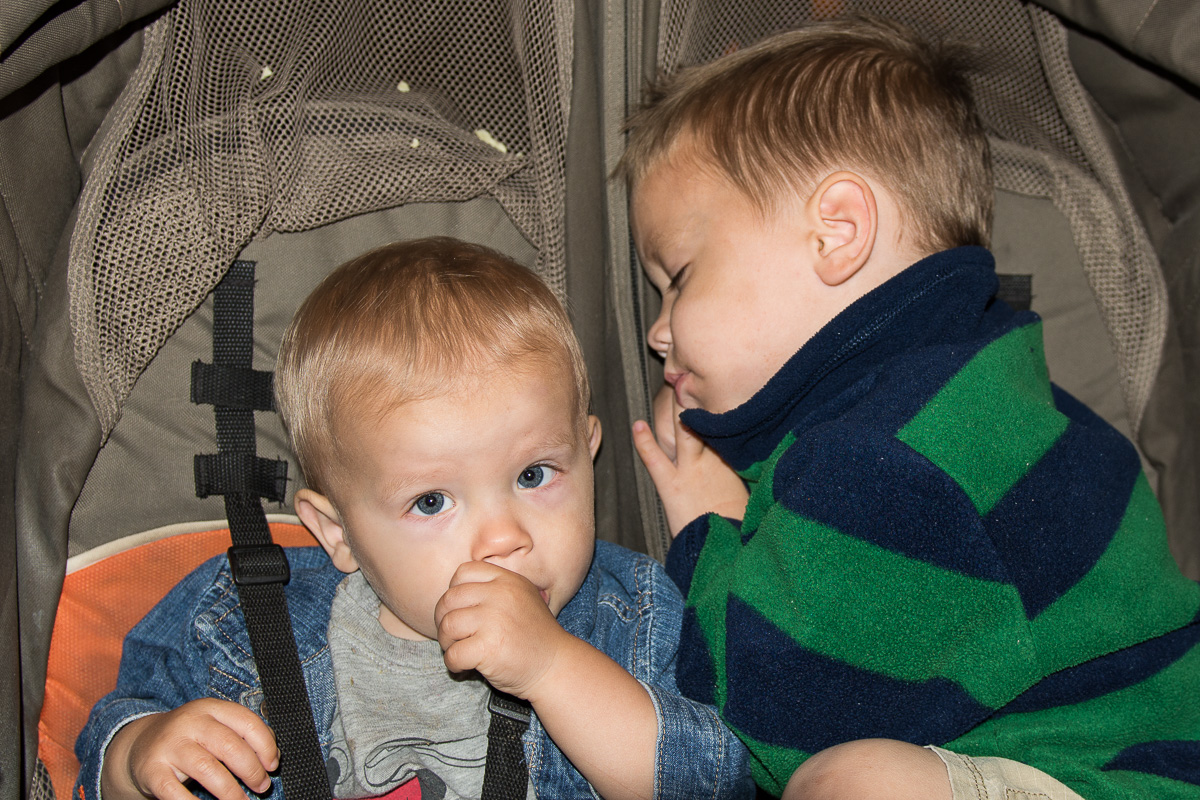 We are all incredibly grateful that Disneyland was a part of our day-to-day reality over the last year. Those tears on the way out signified the end of an era more than they did giving up rides and fireworks. We will surely miss Disney days.