Having two school-aged children (plus two toddlers) is downright exhausting. It seems like I barely get them off to school with their lunches and gym shoes and library books and then they are home already with growling stomachs and overflowing backpacks. By the time we sort out the dirty lunchboxes and papers from school and work on homework, it’s time to do it all over again.

Blake happened to have a huge presentation due on an American hero the same week that I was asked to give a presentation to dozens of women. He built a model airplane to represent the Wright brothers in between my frantic PowerPoint preparations. I remembered at midnight the night before his presentation was due that I promised him LEGO socks for silly sock day.

I started laughing as I was hot glueing those LEGO bricks onto socks in the wee hours of the morning because ironically, the topic that I had just finished presenting to the group of women was organization. I usually feel like we’re barely surviving when it comes to all things school related. We’ve forgotten library books and math facts tests more times than I can count. But the boys are in such good hands at their school. They wake up excited to go every morning. 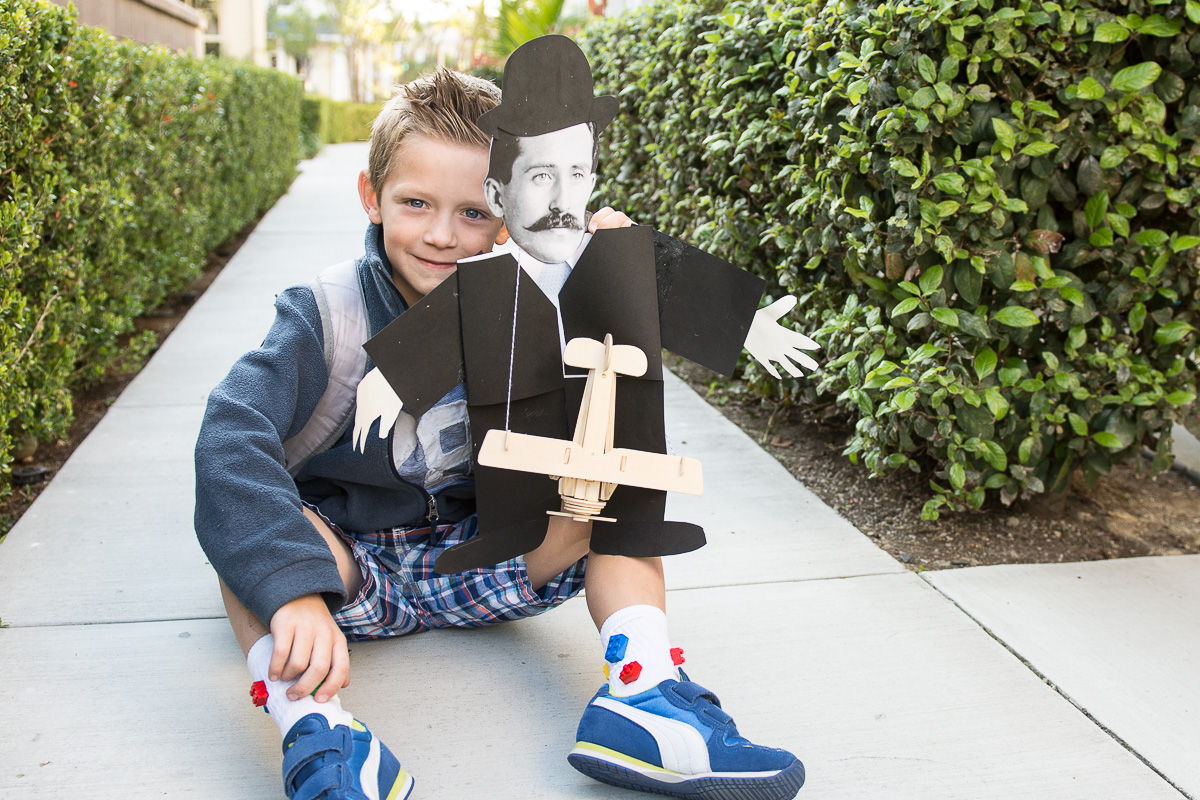 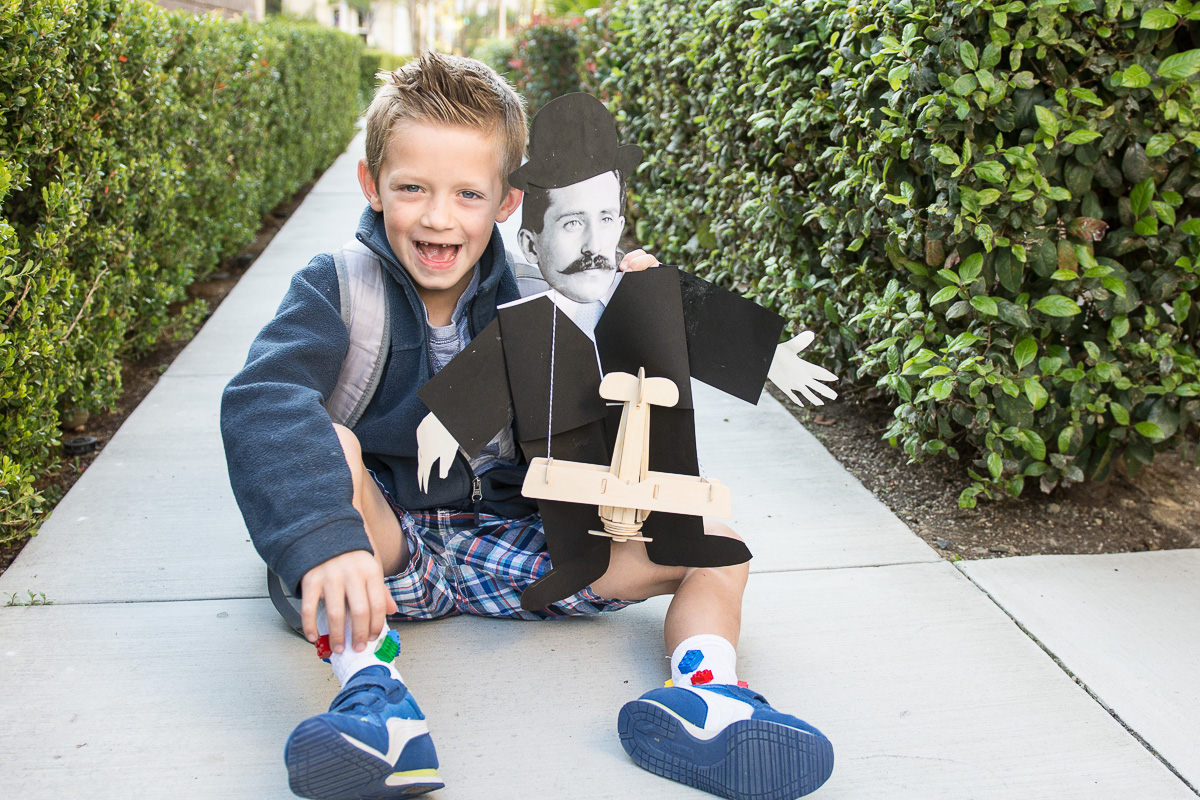 Nash was supposed to dress like a 100-year-old on his 100th day of school. We managed to scrounge up some things that morning. 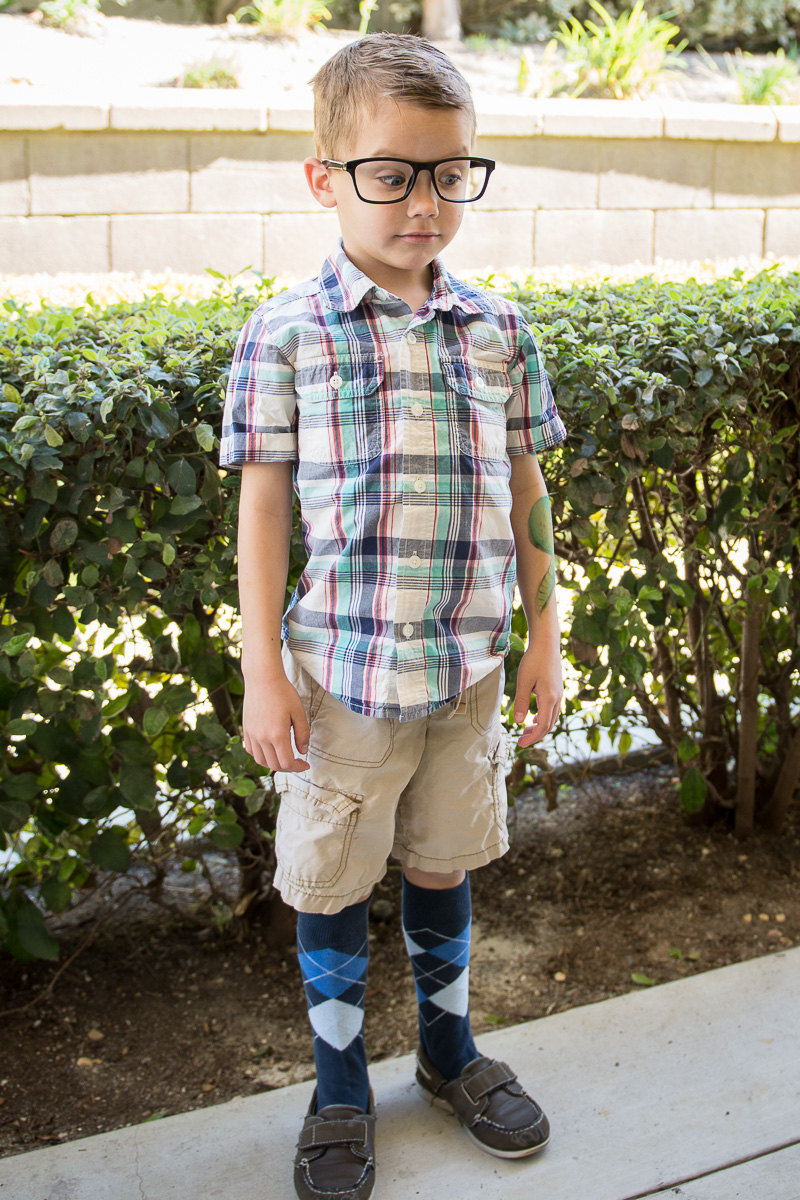 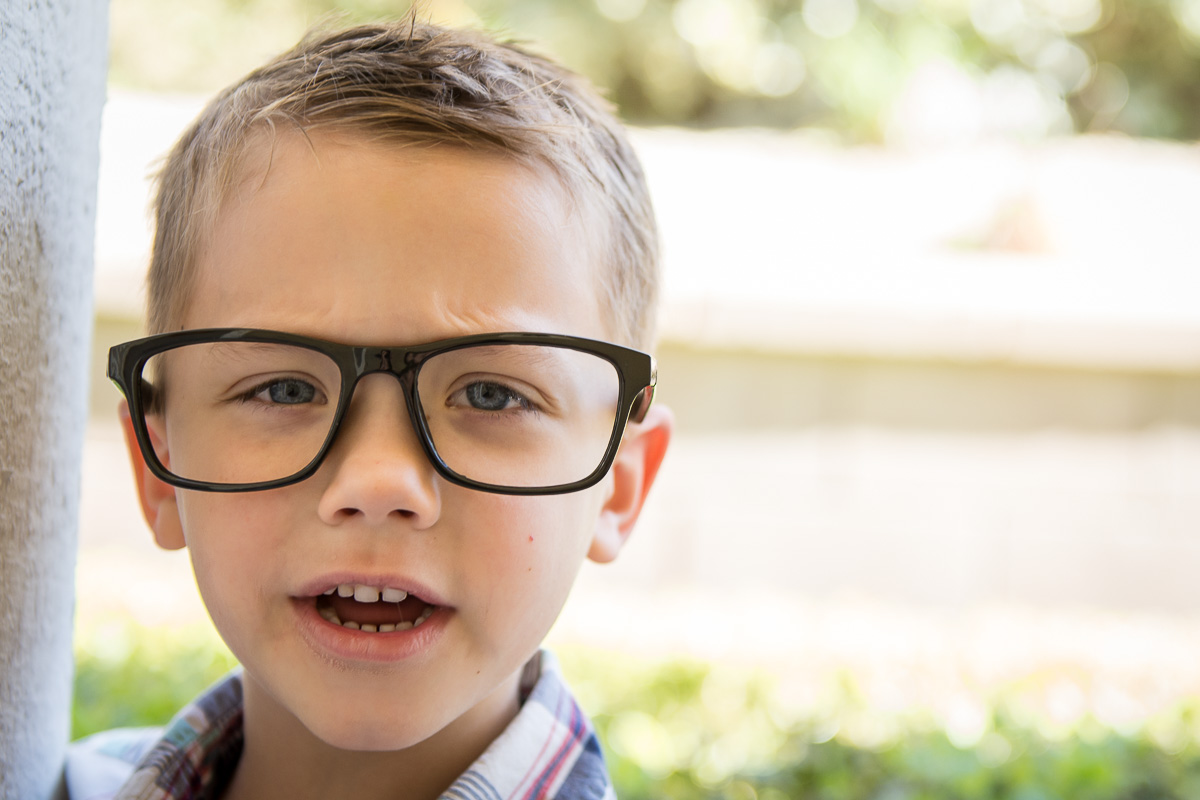 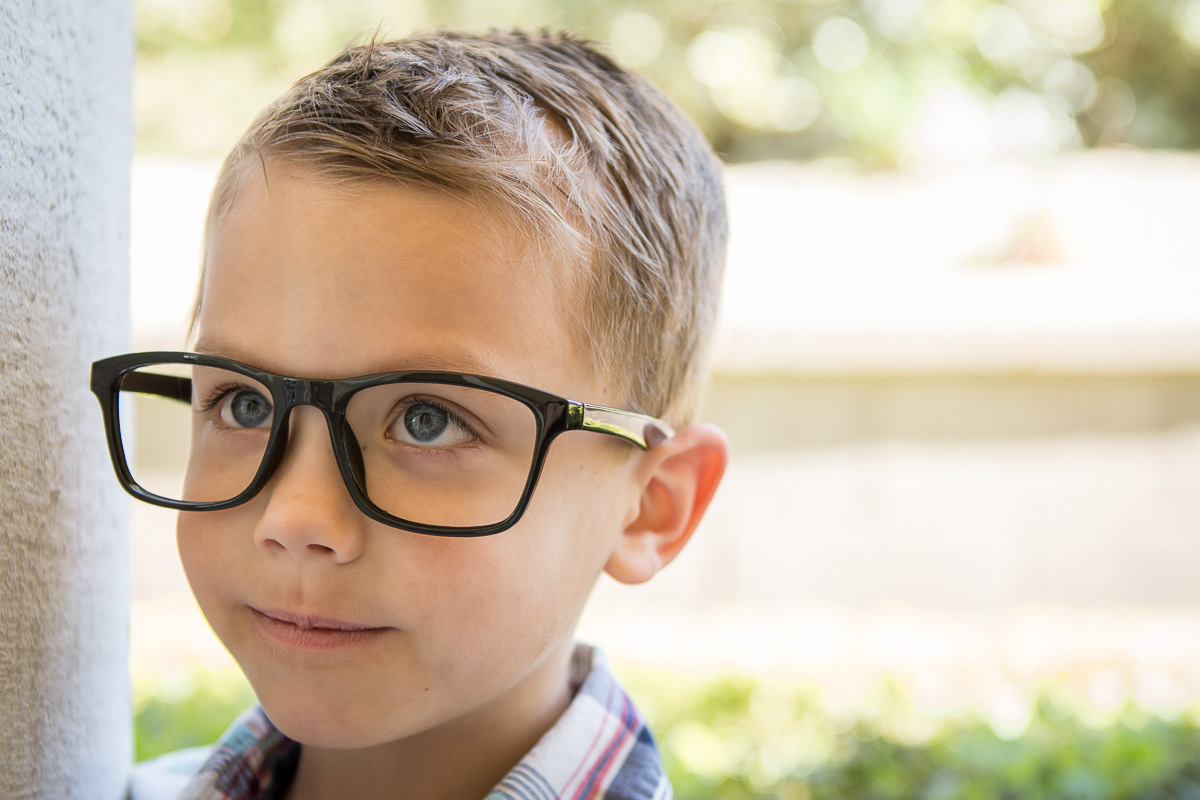 One of the most anticipated events of the year is the annual Jog-a-Thon. They held the event right before spring break this year and we got to come to cheer on and high-five our runners. 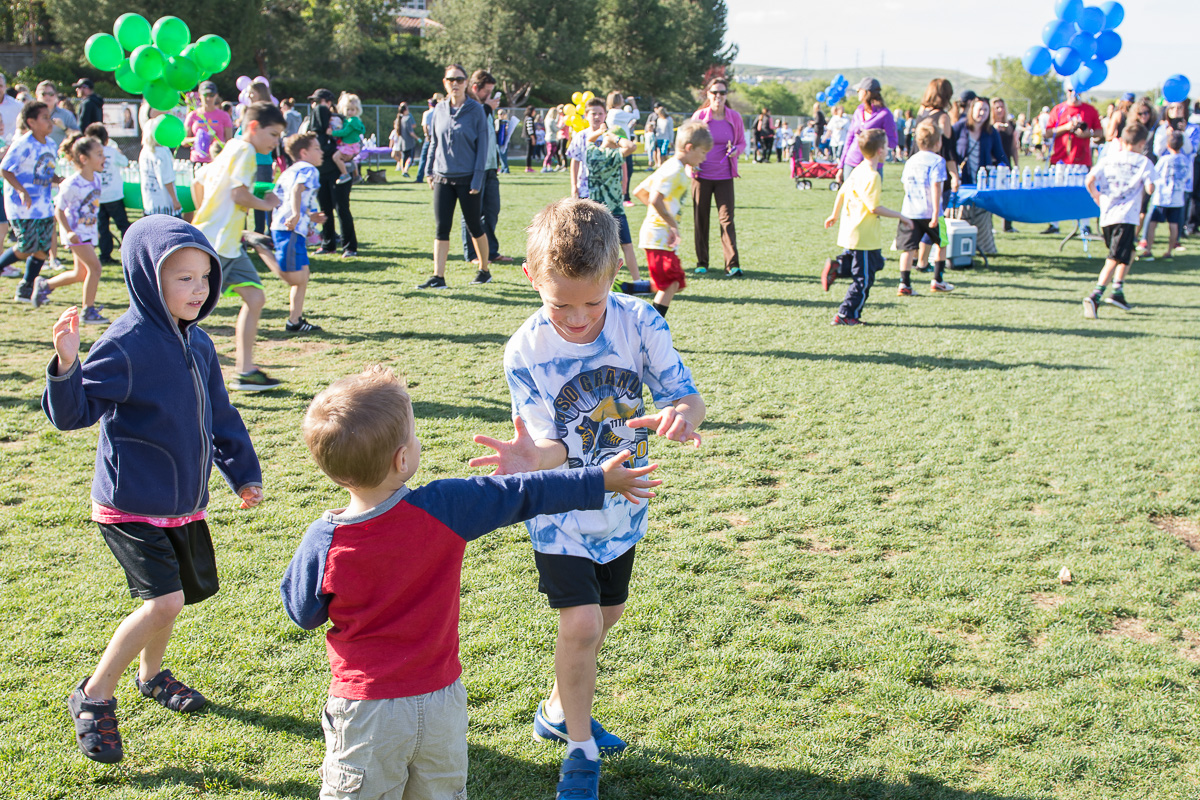 I love anything that has to do with school spirit and community gatherings, so we had a really fun morning going back and forth to the school and socializing with friends and neighbors. The event is so well-run. The room moms take all of the t-shirts home ahead of time and tie-dye them according to the each class’s team color. They set up water bottle stations with bunches of balloons that color-coordinate. There is an entertaining live DJ and various exercise stations that the students rotate through to break up the jogging. 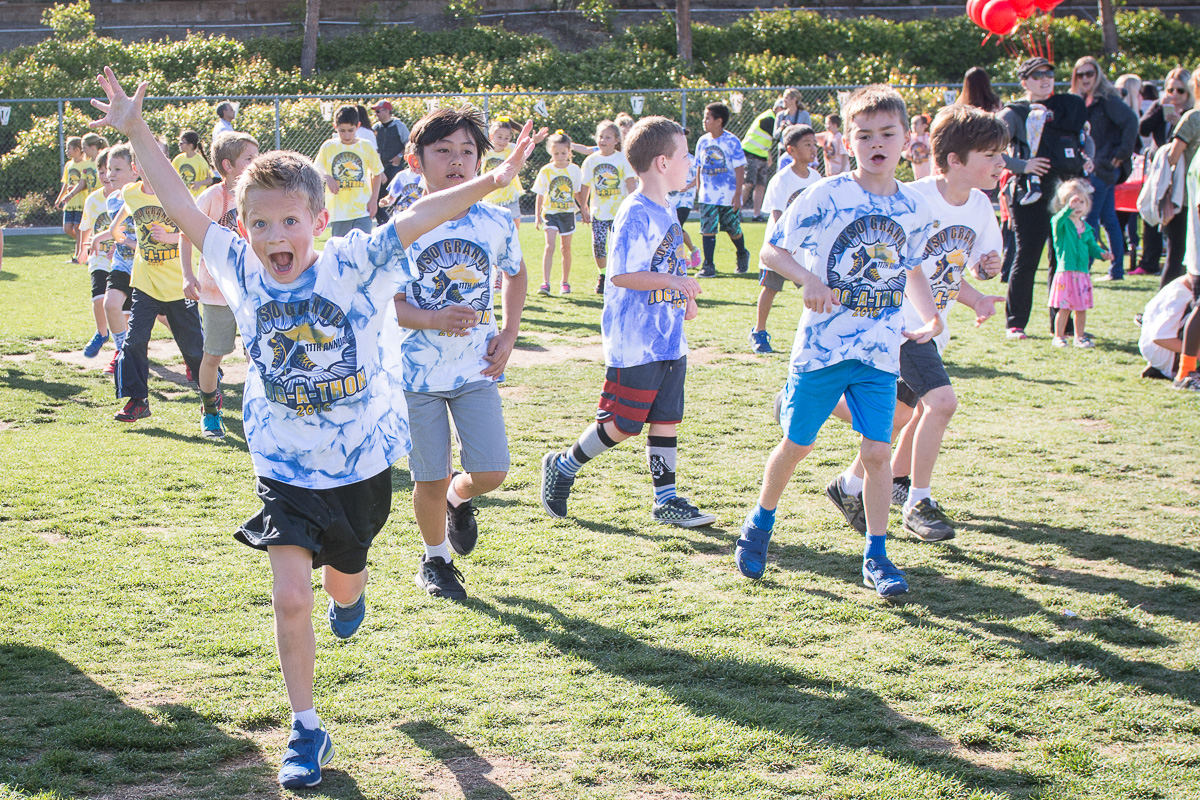 The 2nd graders had a bright and early time slot. 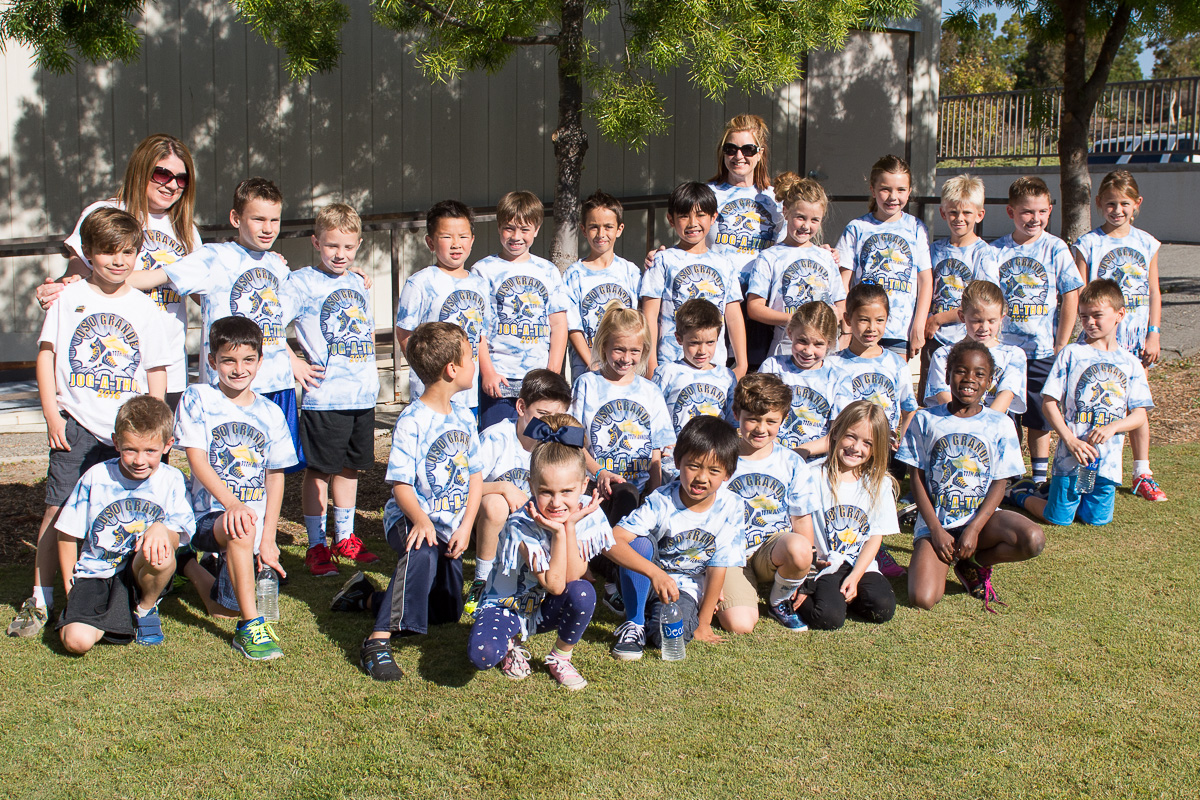 Nash was excited to catch a glimpse of the action and cheer on his big brother. 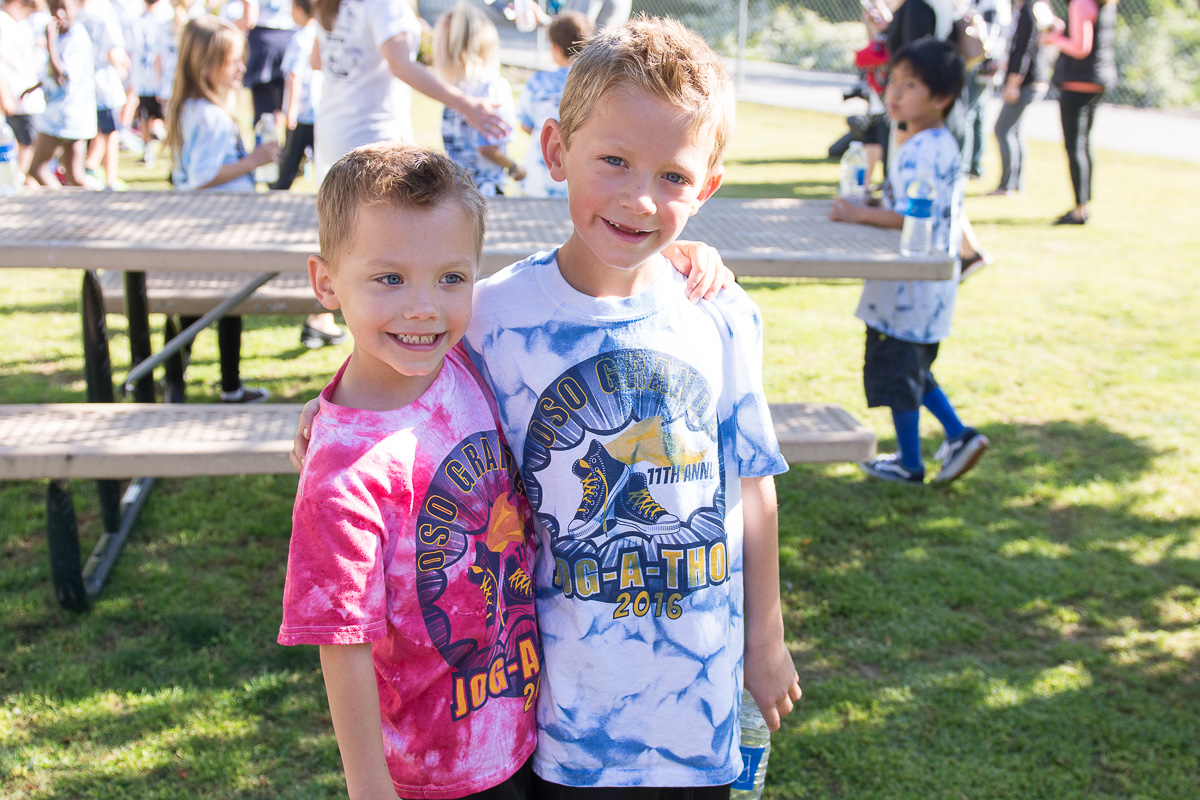 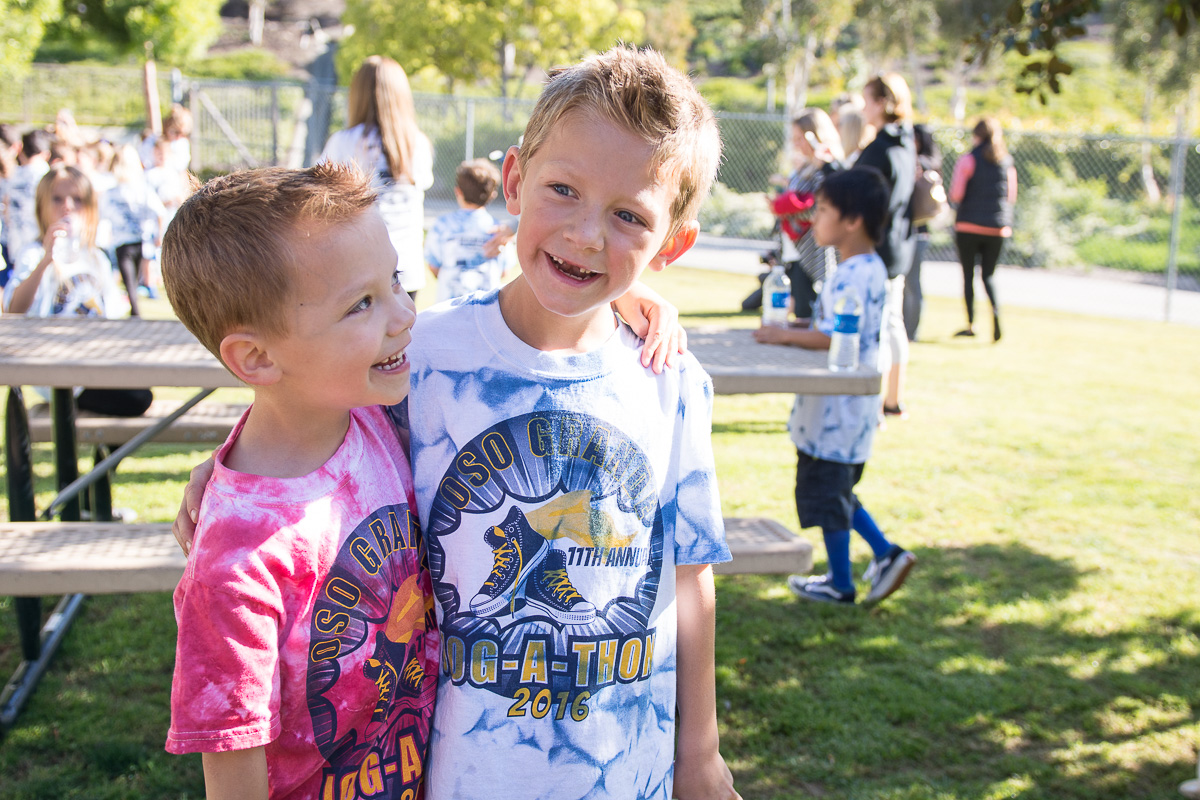 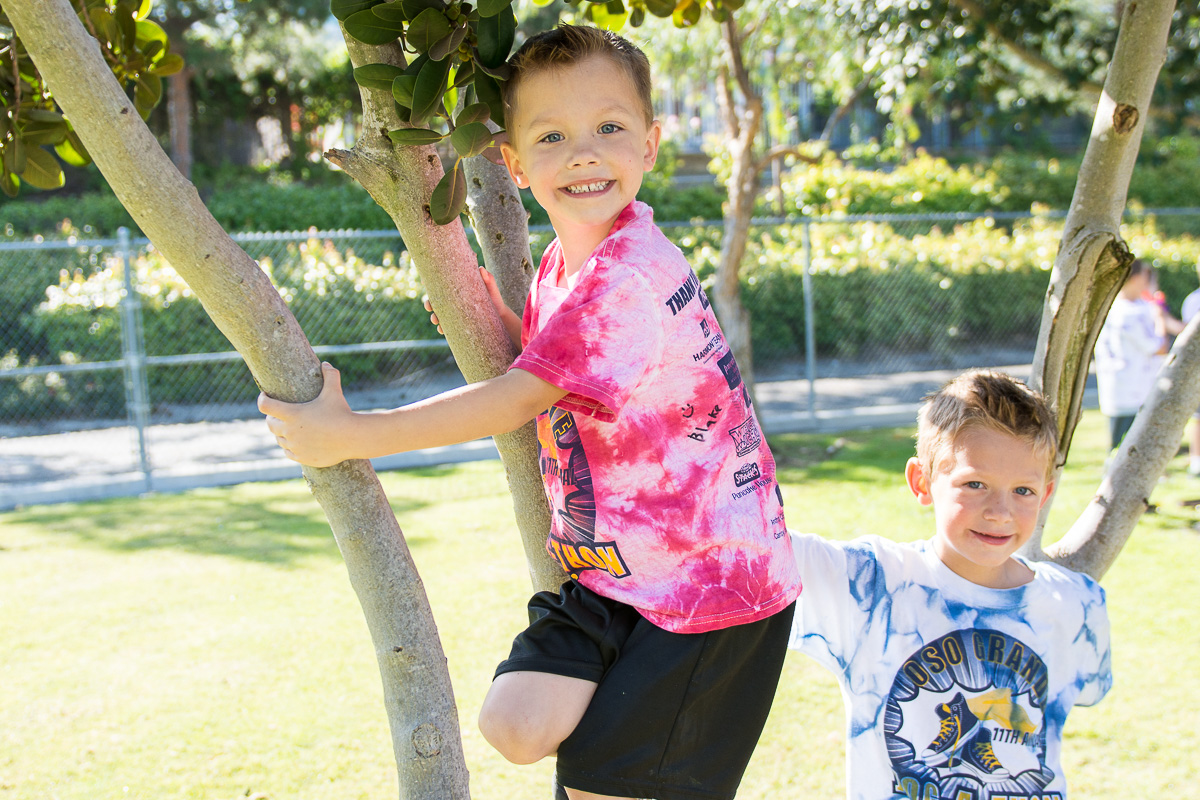 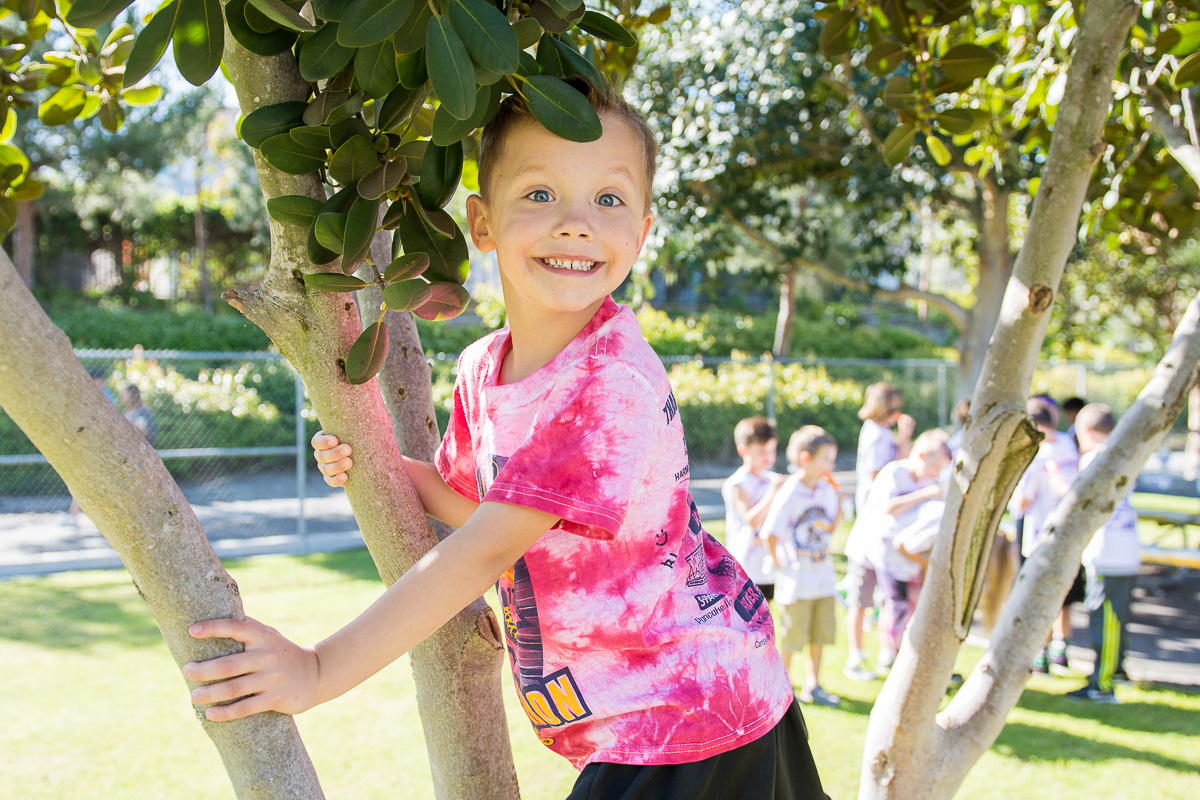 The whole school turned into a shirt-signing frenzy. 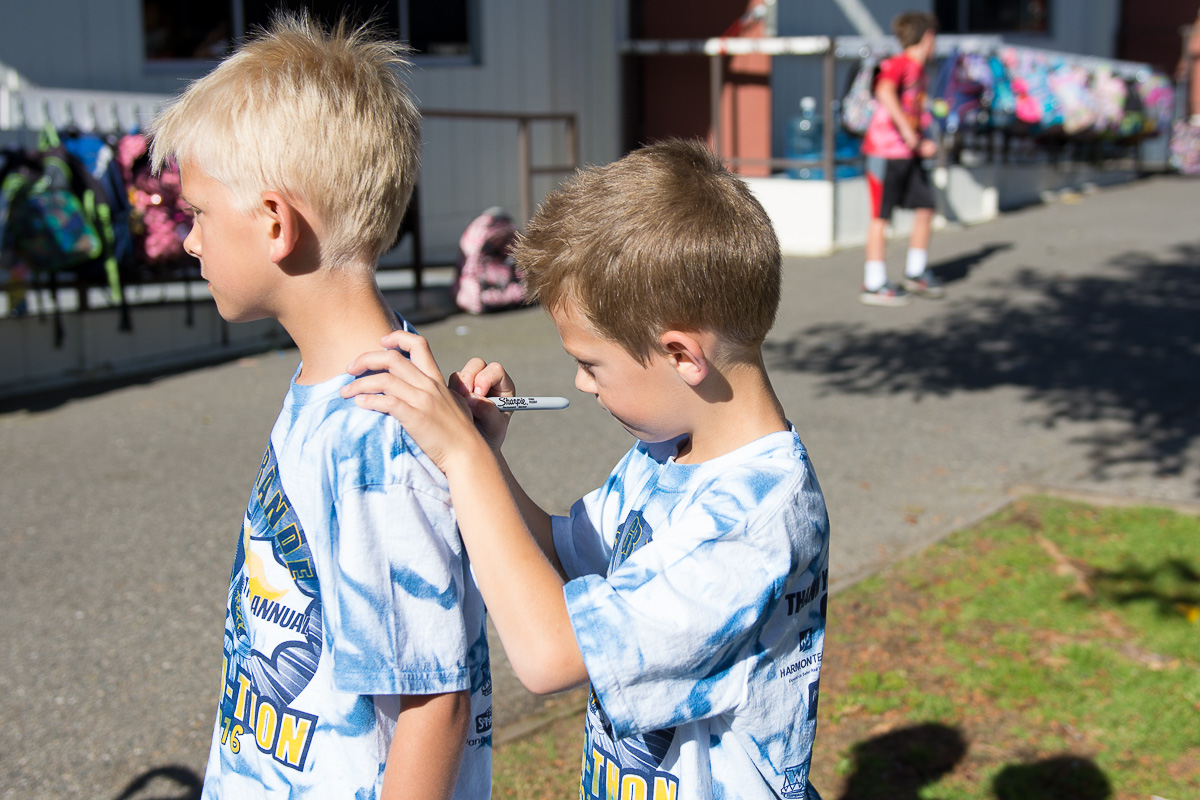 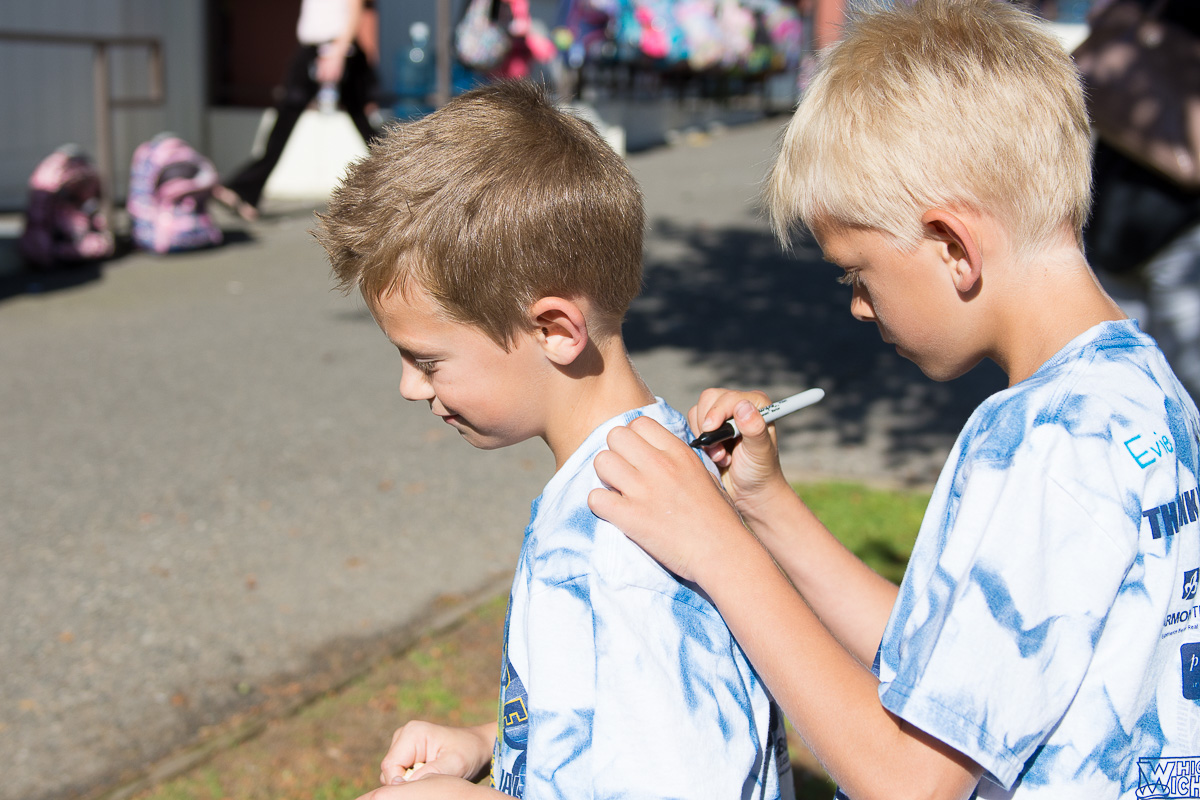 Of course we had to have a little neighbor-frousin reunion since their shirts made a rainbow. 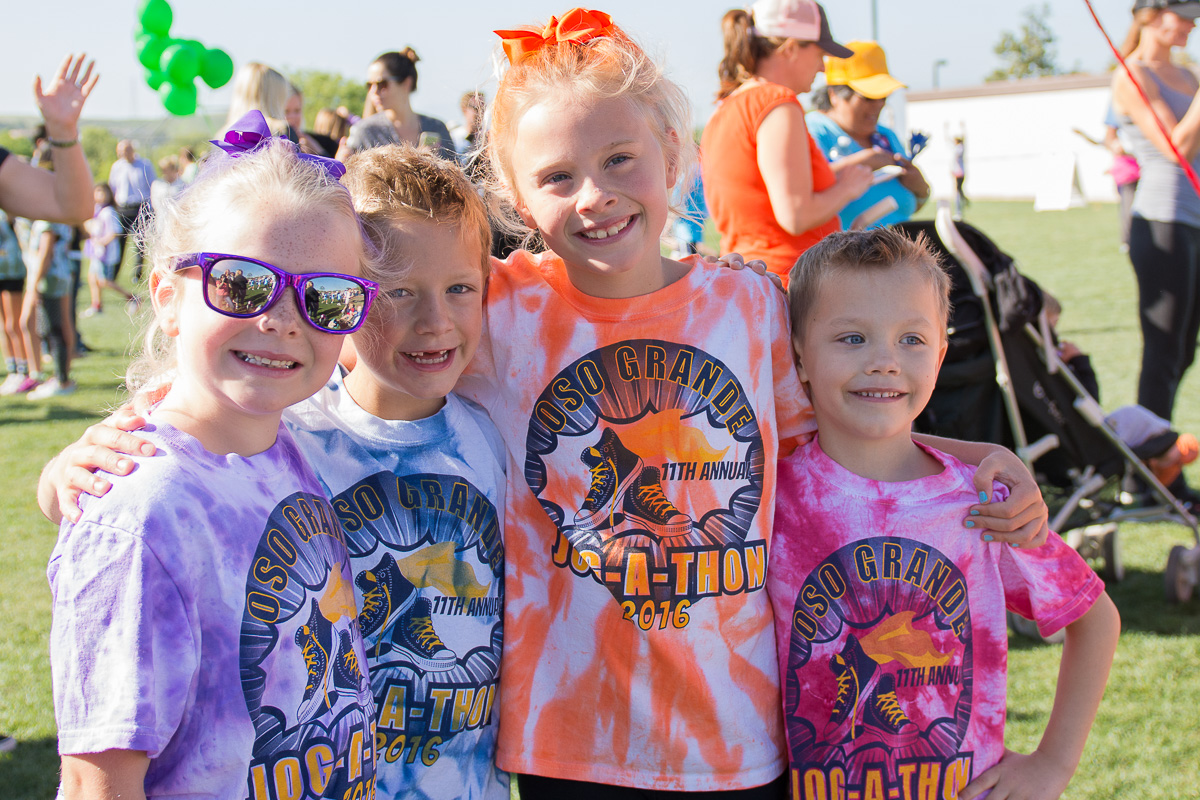 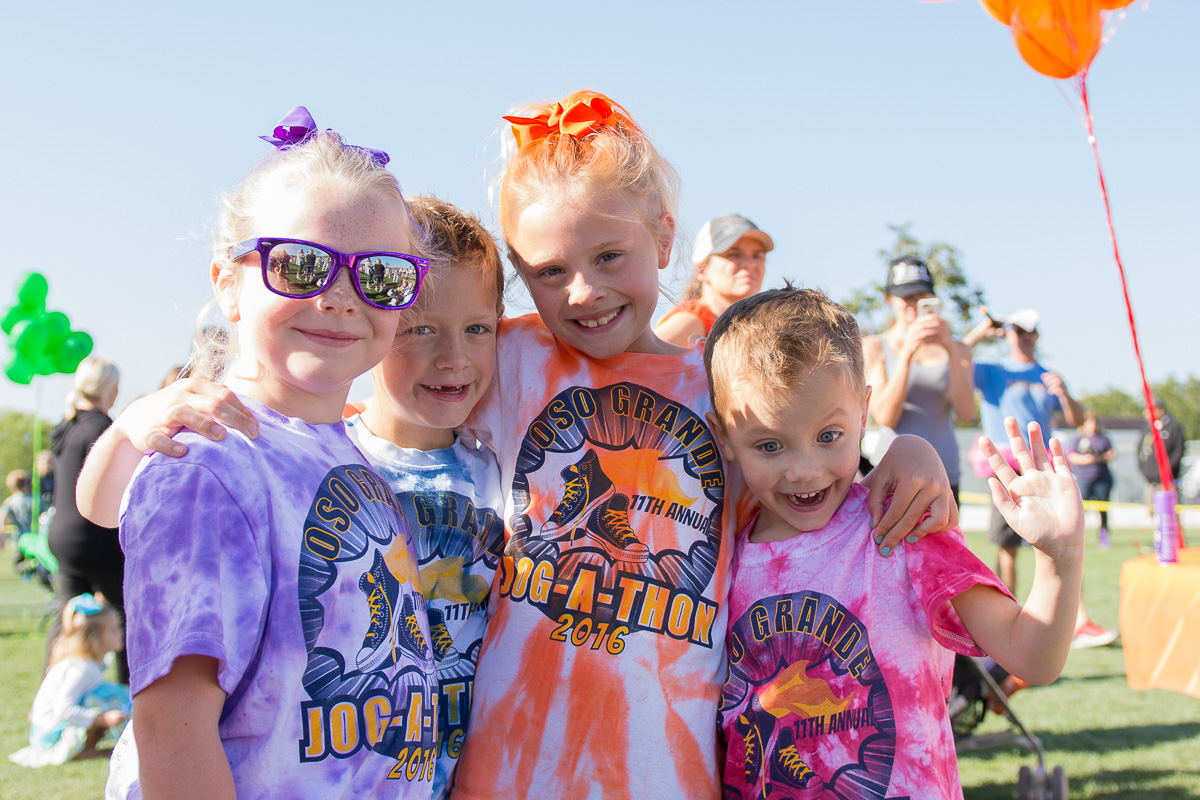 A couple of hours later, we came back to support Nash’s class and do it all over again. 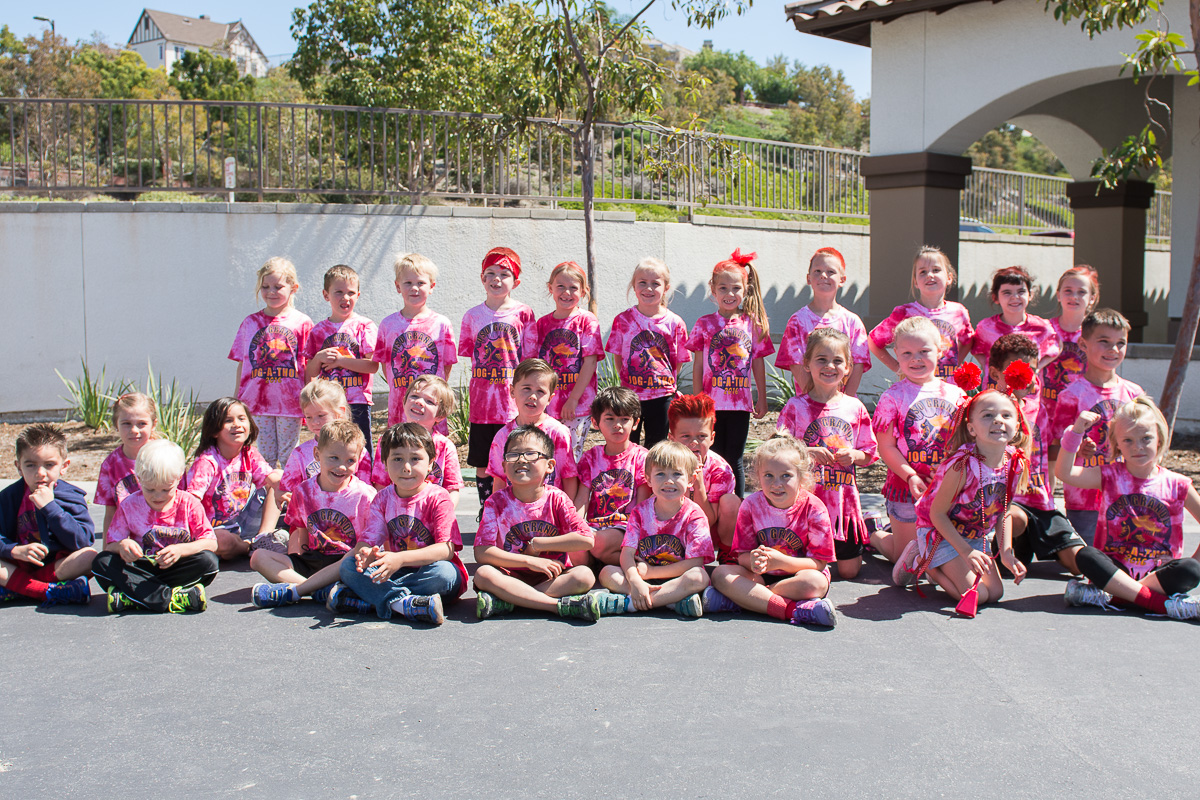 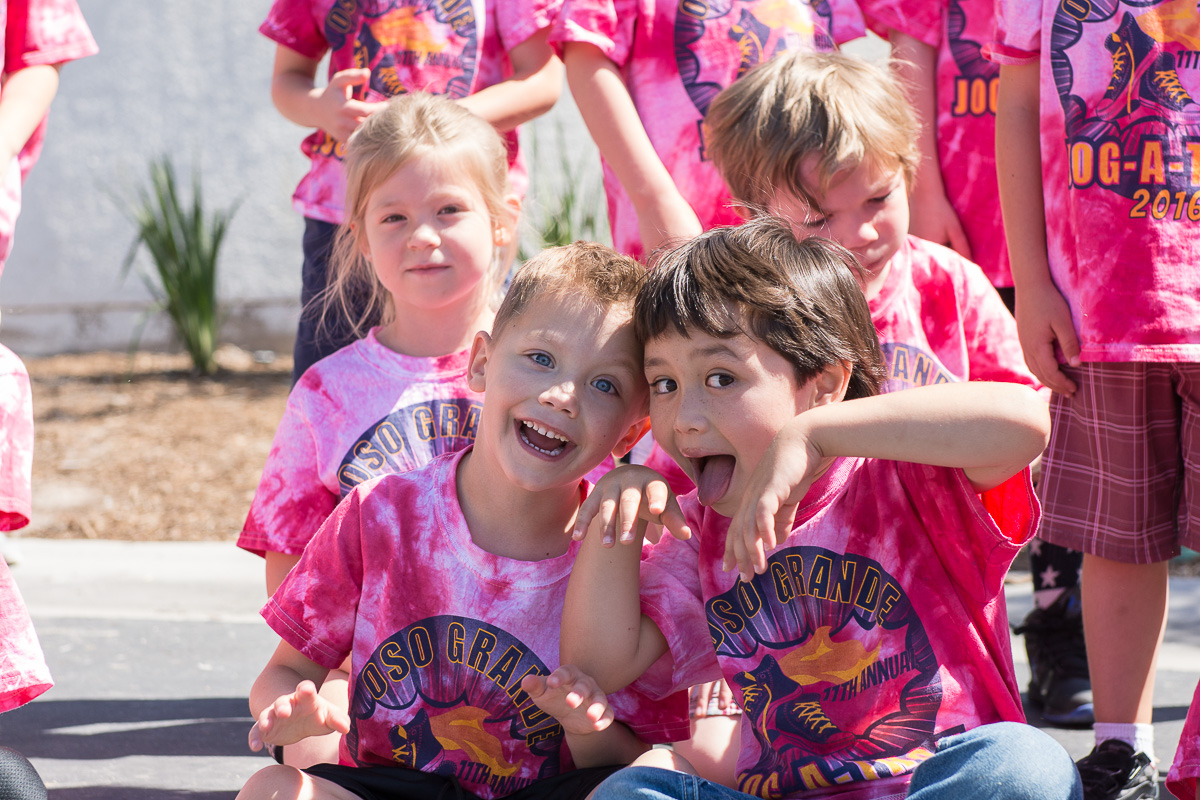 Nash adores his kindergarten teacher and her affinity for Starbucks and her dog, Buxton. 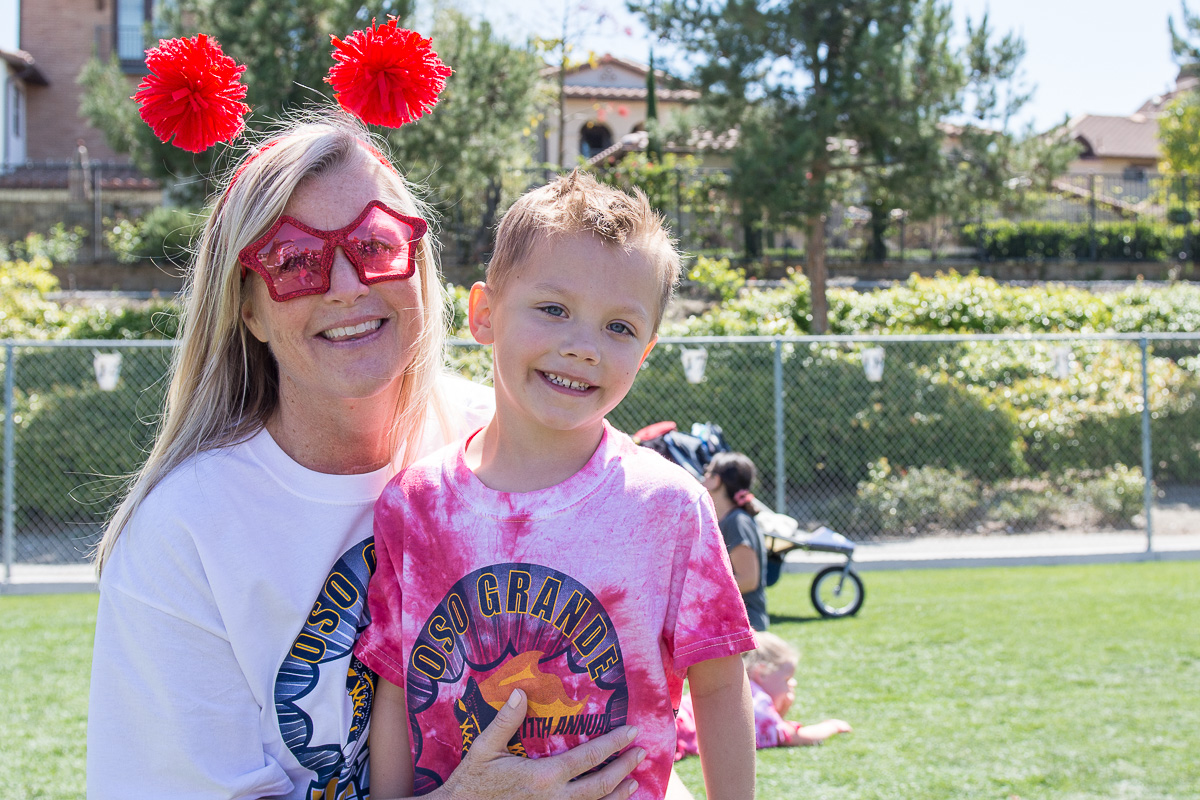 During our brief interlude back at home, Crew decided that he wanted to participate in the run. We found Blake’s shirt from last year and he could not have been more thrilled to have his very own Jog-a-Thon shirt. Nash was pretty elated to have him on board as well. 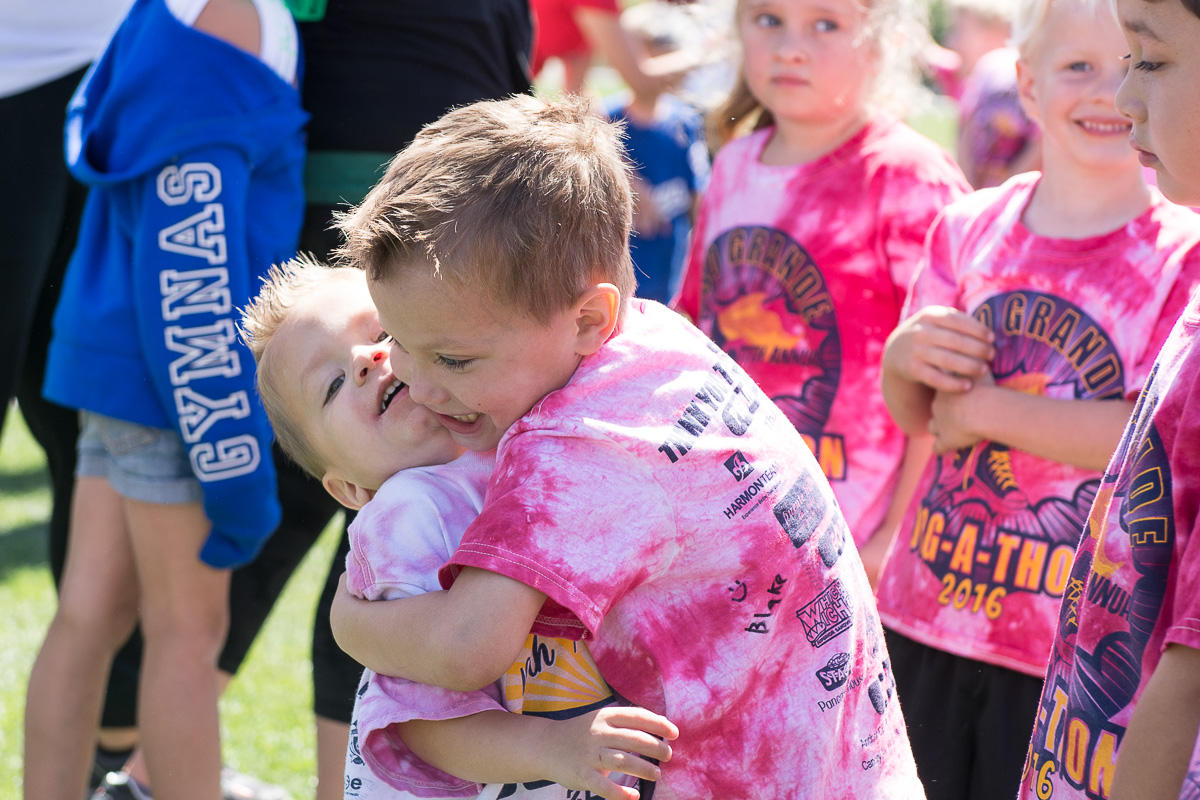 Nash loved showing off his little brother to his friends, who were so welcoming and inclusive. 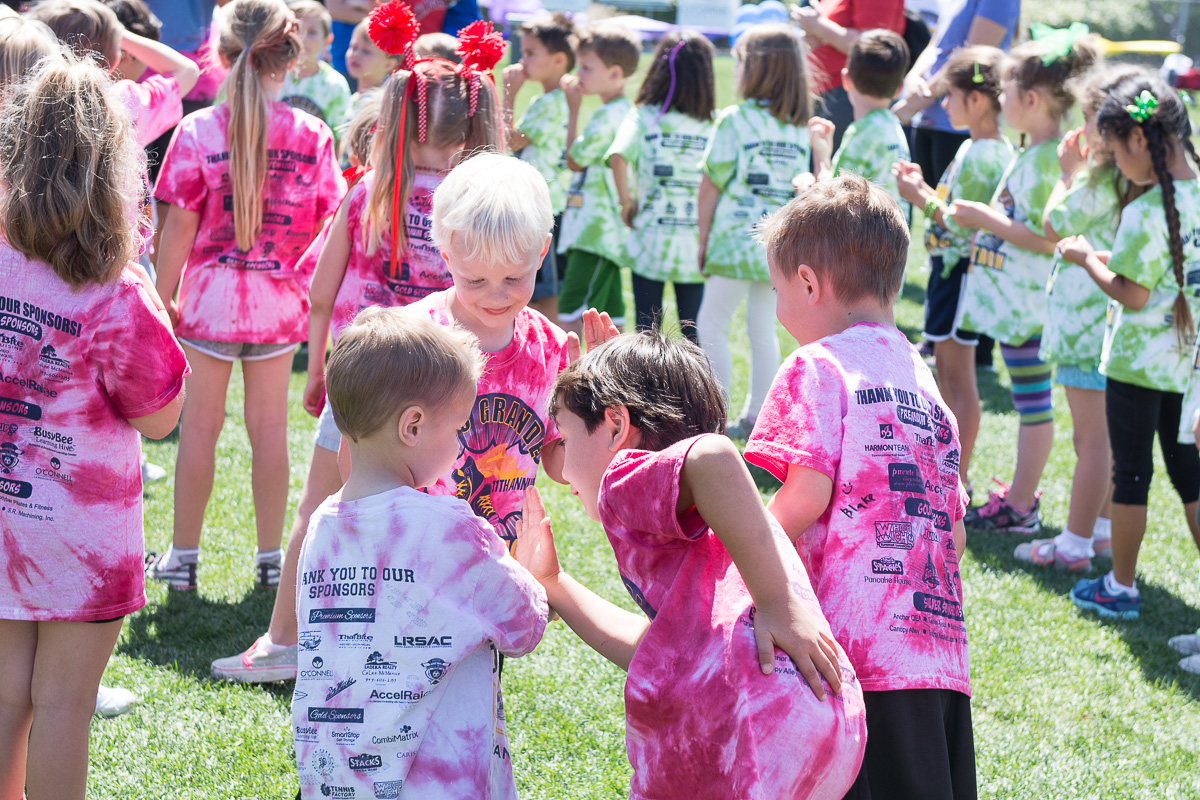 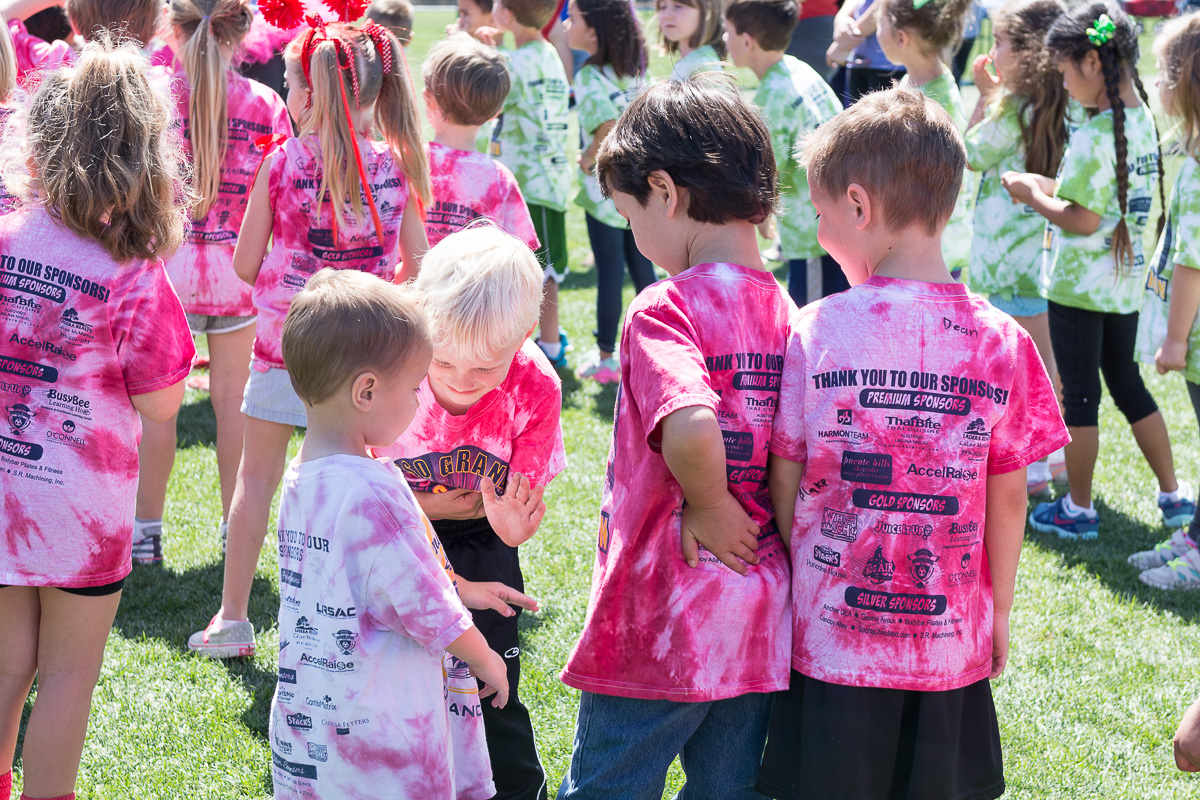 Nash lovingly showed Crew the ropes of the Jog-a-Thon and Crew was over the moon about hanging out with the big kids. It is his dream to go to school one day. But thankfully, that day isn’t for a couple more years because I don’t know how I will be able to handle three elementary aged children! 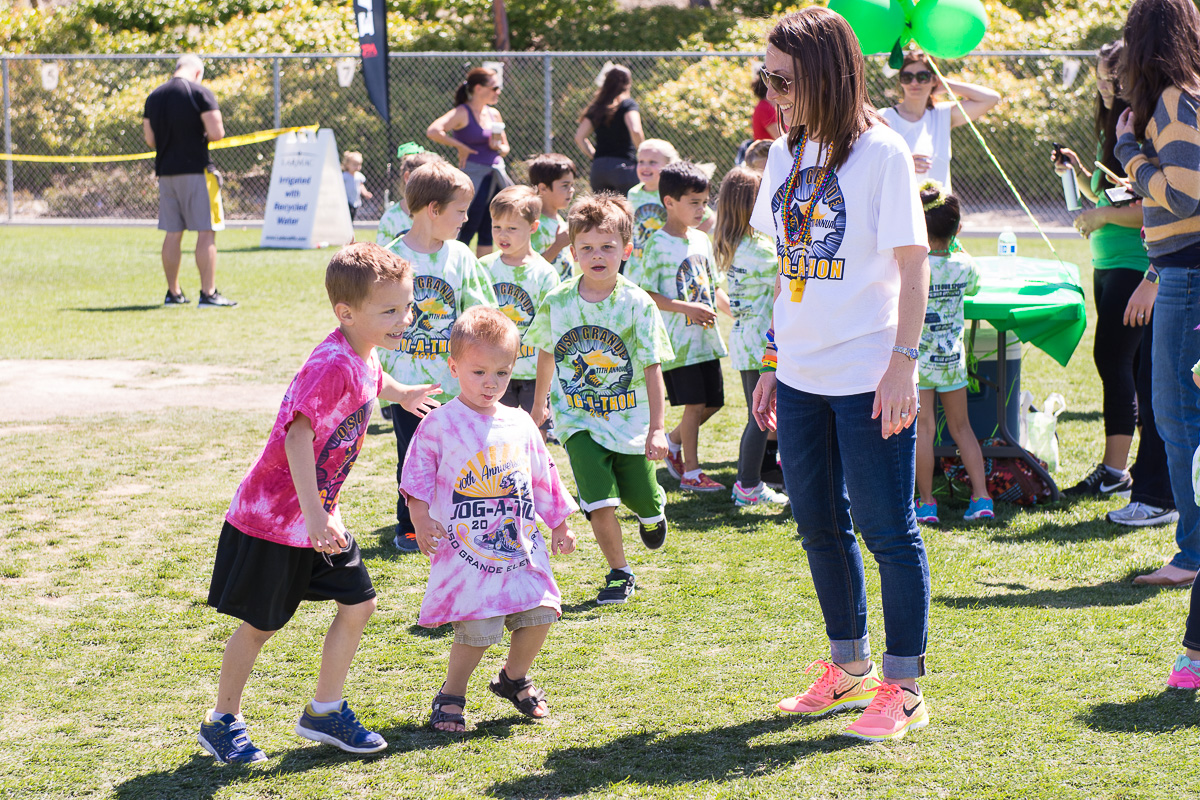