Skip to content
Our winter looked a lot like our summer, with a few less beach days, more school days and occasionally more clothing layers. Here’s a few leftover photos captured by the camera in my back pocket.

I guess we’re pretty acclimated because on windy days where the temperatures got down into the 60s, the boys bundled up in all their winter apparel.

Of course, with the “winter” weather came lots and lots of trips to the ENT, asthma specialist, cardiologist, pediatrician and dentist.

Sometimes I feel like I need a personal secretary to keep track of all of the appointments, follow-ups, treatments and medications. Our family continuously has at least one person who is sick and managing it all feels like a part-time job.
Finn had tubes placed in his ears after four ruptured eardrums.

He still managed to get RSV and bronchitis multiple times since the tubes were placed. It’s too soon to tell, but I have a gut feeling with the amount of wheezing he does each time he gets sick, he will soon be seeing the asthma specialist as well.

The boys spent lots of time with their “frousins.”

They had a fun birthday party with face paint at a petting zoo.

There were lots of Disney trips before our passes expired.

I still can’t believe Finn is old enough to sit by himself on rides.

Our neighbors rented a movie screen and we had an outdoor movie night.

As always, hours were spent playing with friends on our street.

Finn made the transition from two naps down to one, but it’s always a rough transition.

Sometimes he just couldn’t hold out until that afternoon nap.

Eight years into this parenting gig and I’m still wondering when my main goal each day won’t be to get tiny humans to sleep in the right places, at the right times and in the right increments.

No morning naps did give us much more freedom to be outside and run errands in the mornings.

Crew was our little ball of excitement and sunshine as usual. I don’t know if it’s just his age, but it’s so much fun to see the world through his eyes.

The best part about winter in California is swim team is year round in the outdoor pool. Sometimes I let Nash jump in while Blake swam laps with his team.

We’re hoping for a spring full of less sick days and more pool and beach days. It still feels surreal that we don’t have to eliminate our favorite activities altogether during the winter months. 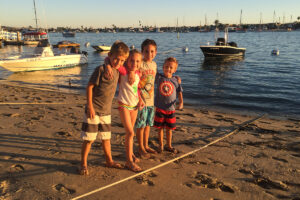 5th Round of Visitors in 5 Weeks 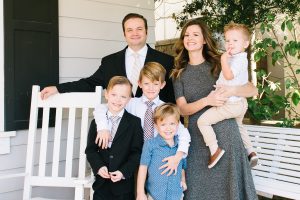