We joined our preschool aged friends on a field trip to pick strawberries. Despite the scowl on Crew’s face, he was genuinely thrilled about being on a real farm. 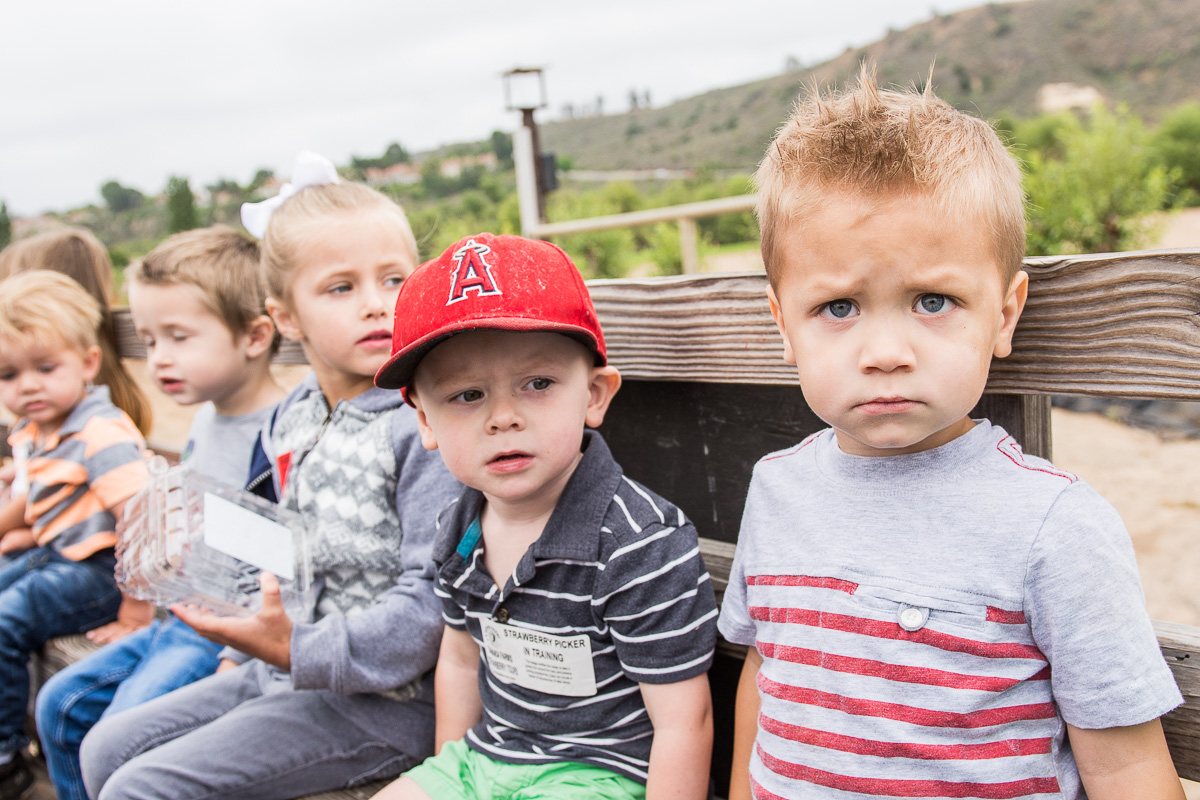 He might have been slightly nervous about the fresh vegetables they passed around on the hayride. 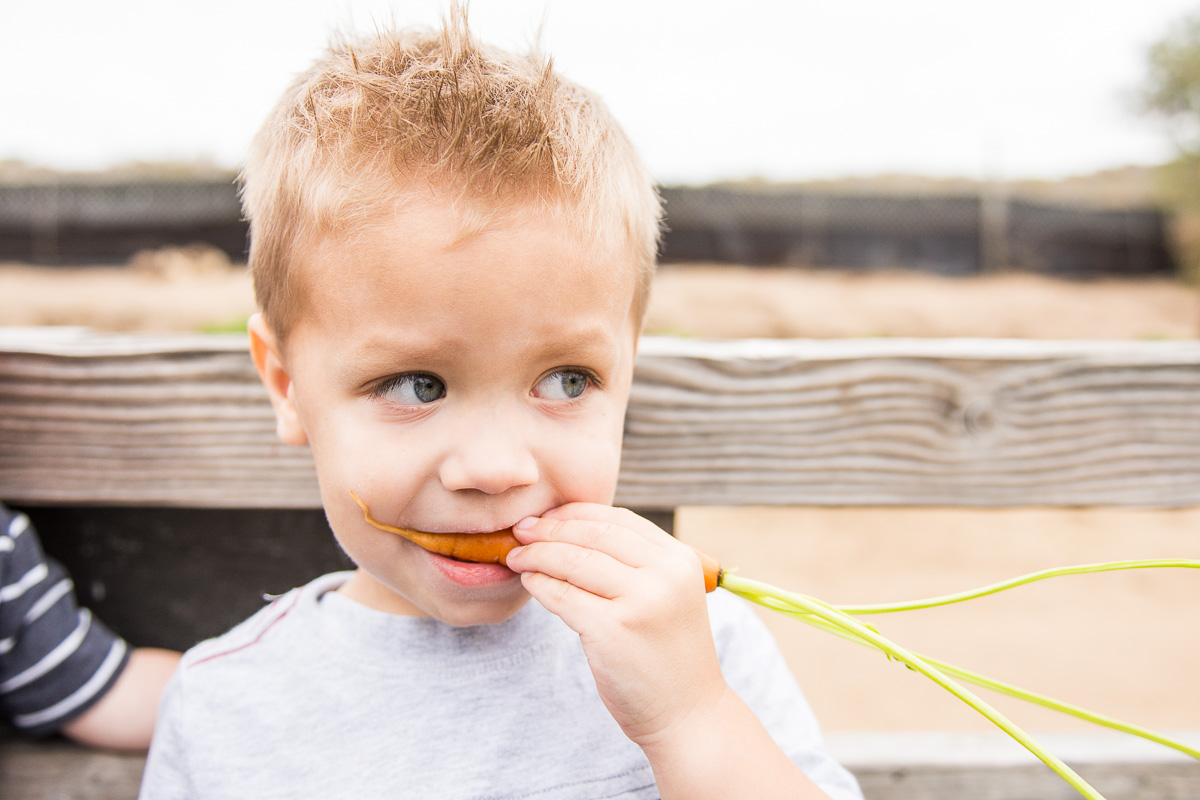 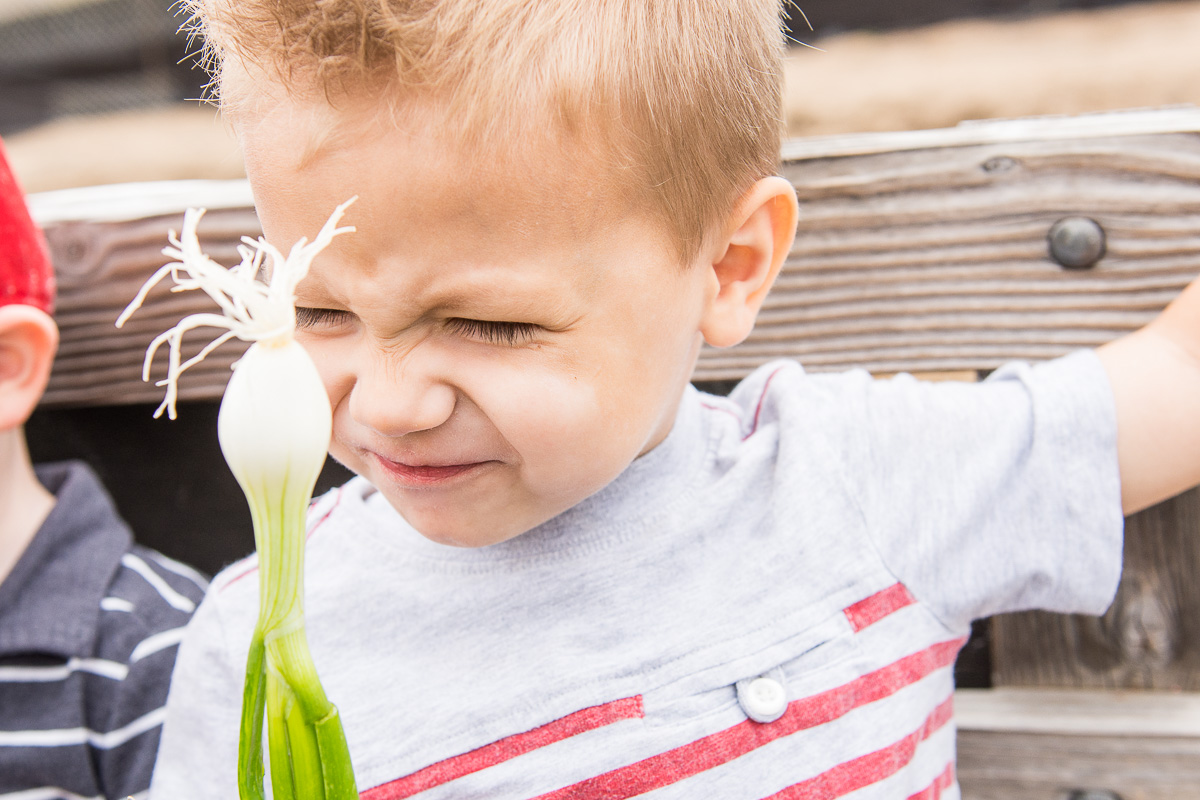 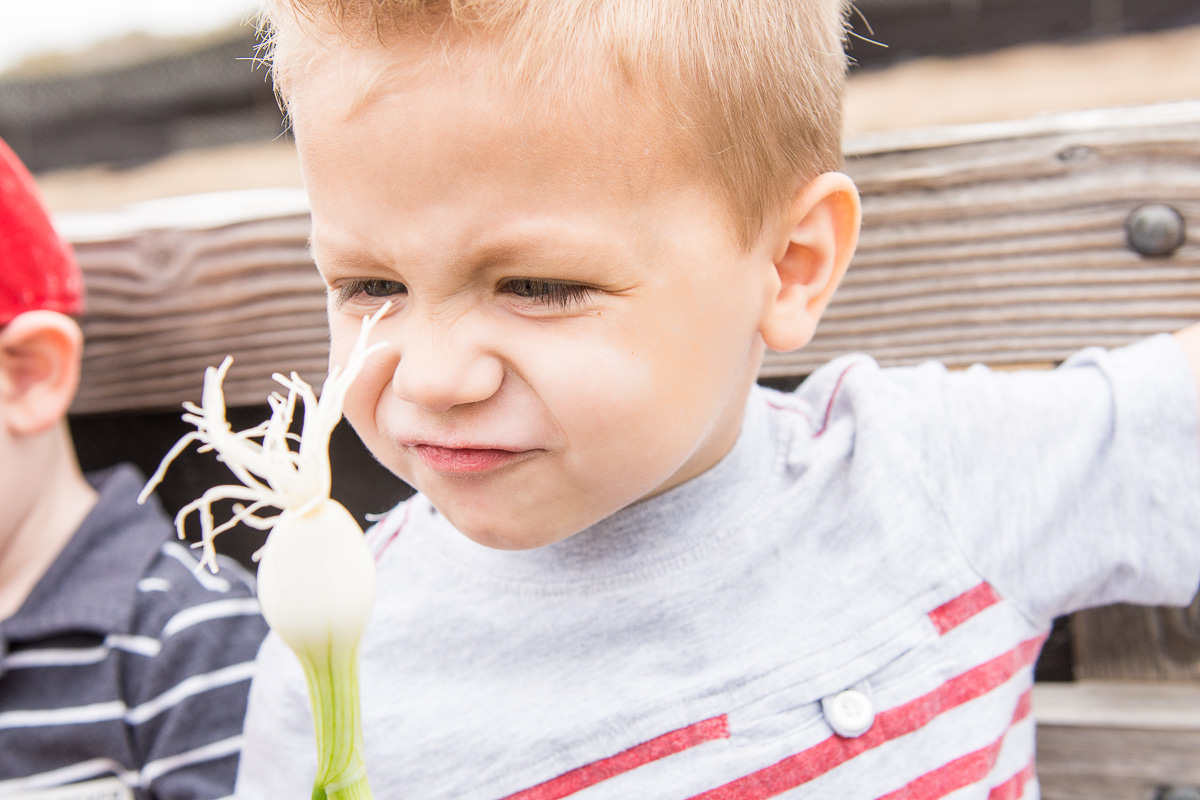 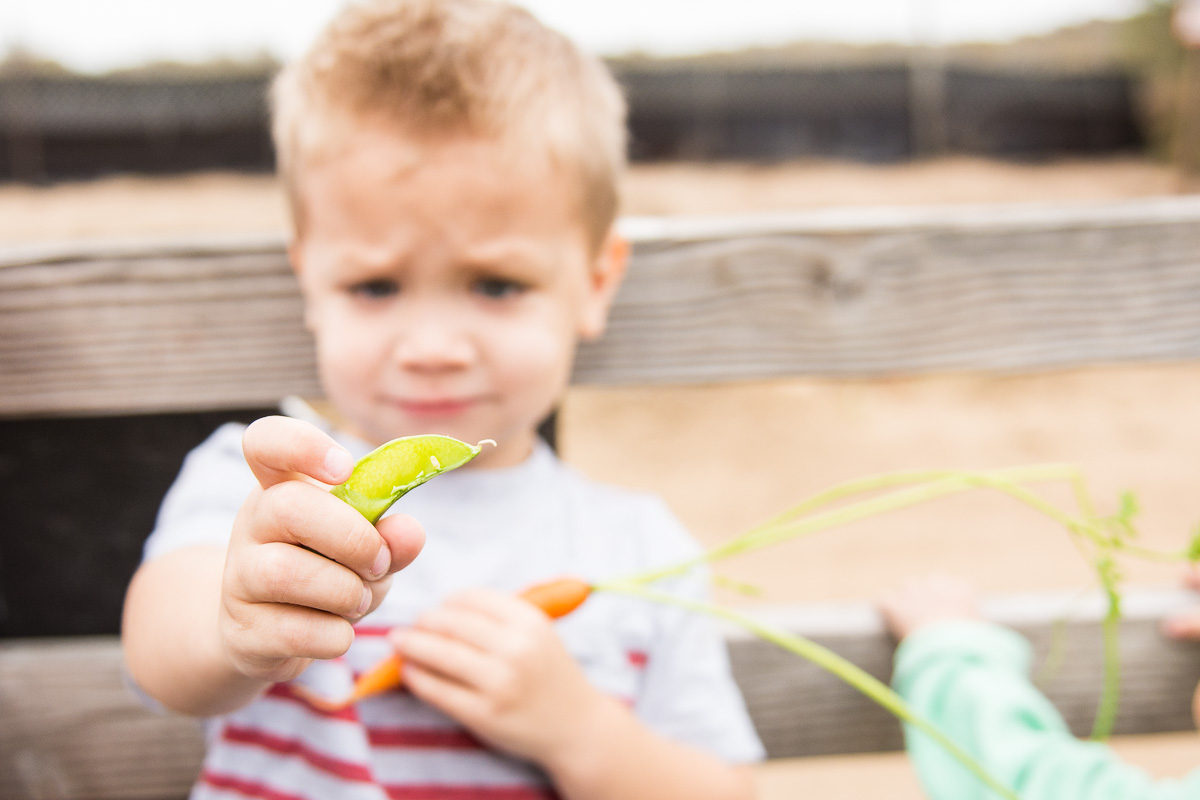 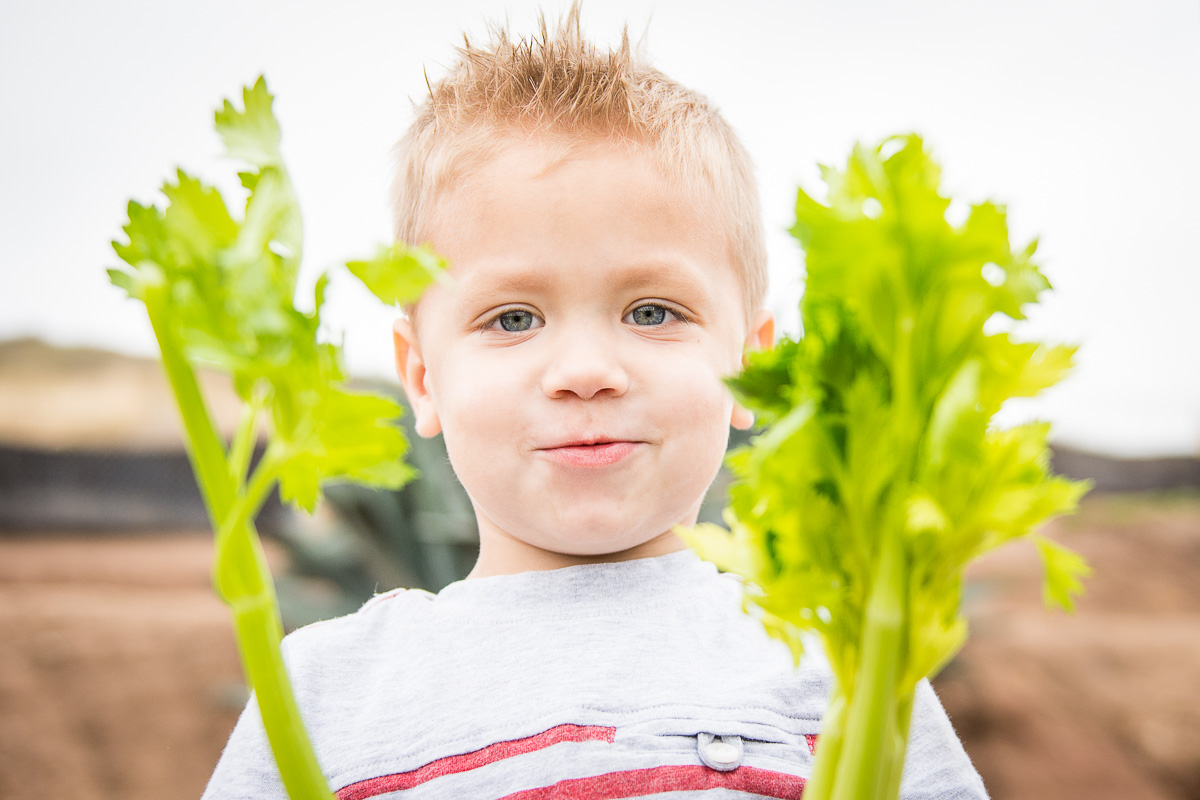 Finn was happy to be entertained by other boys on the field trip. 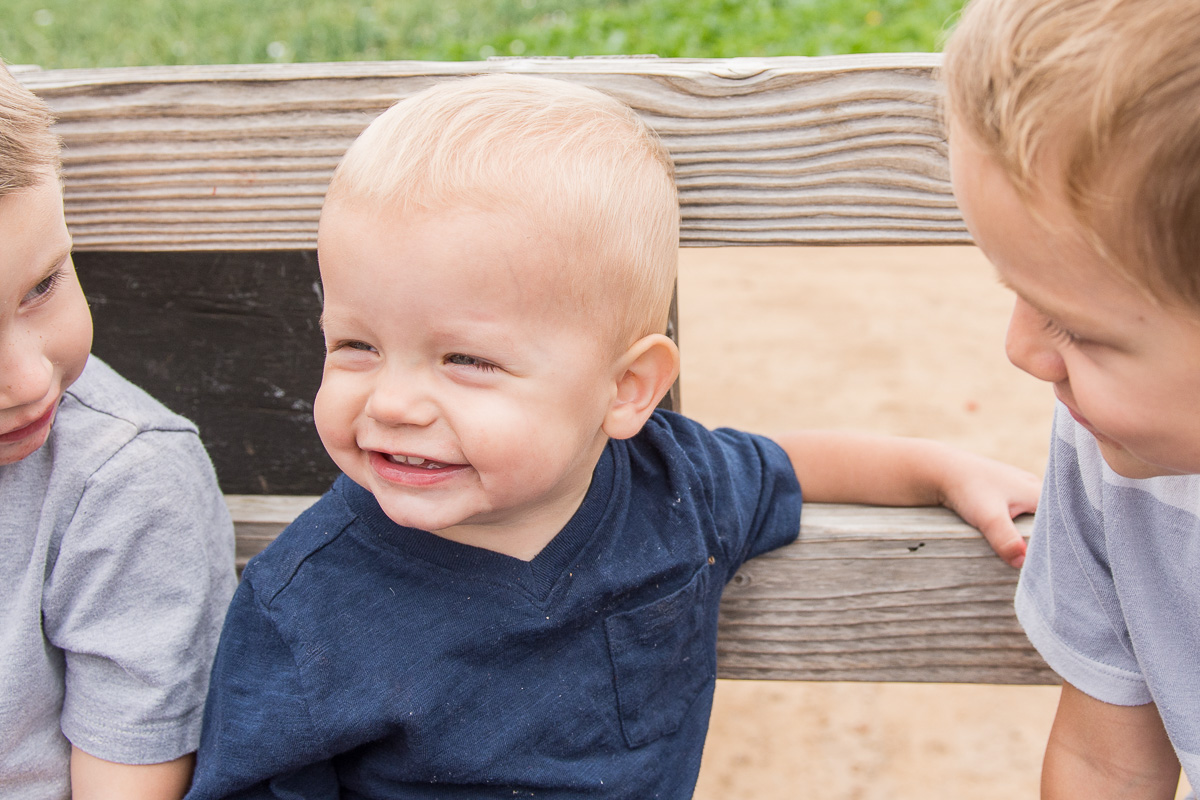 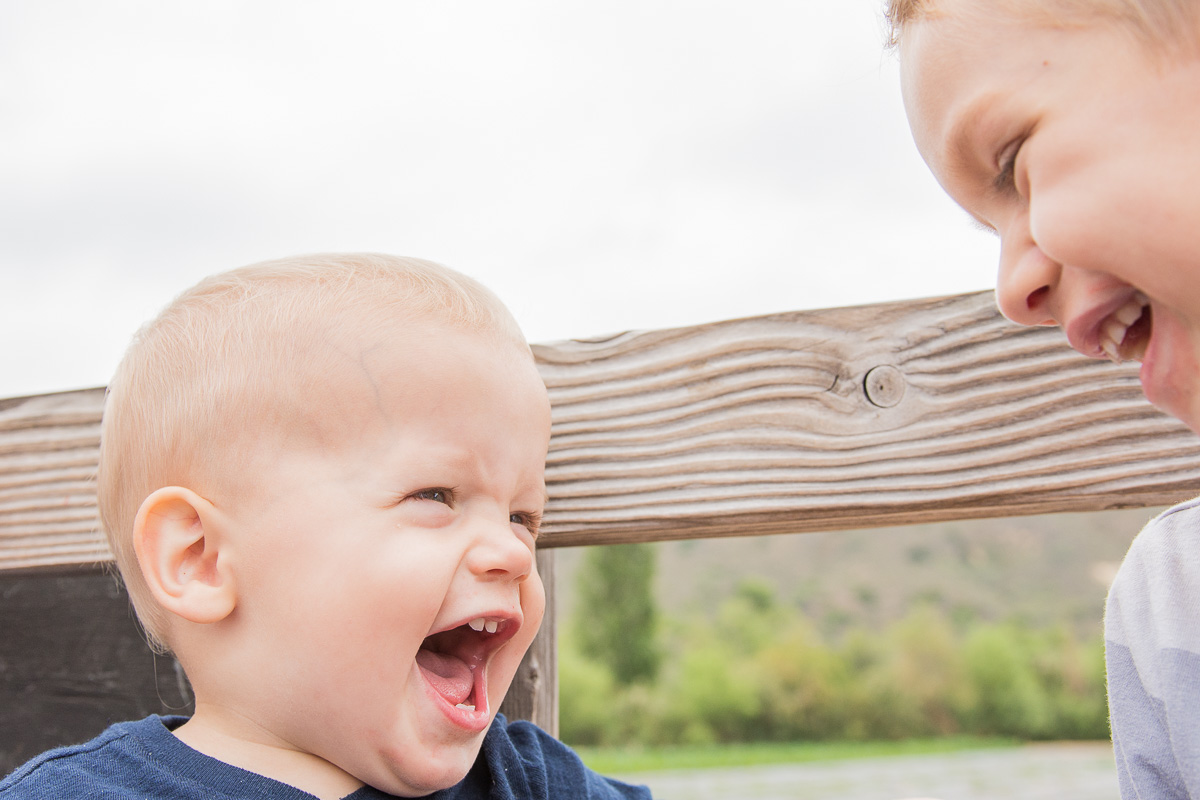 We eventually arrived at the strawberry patch. 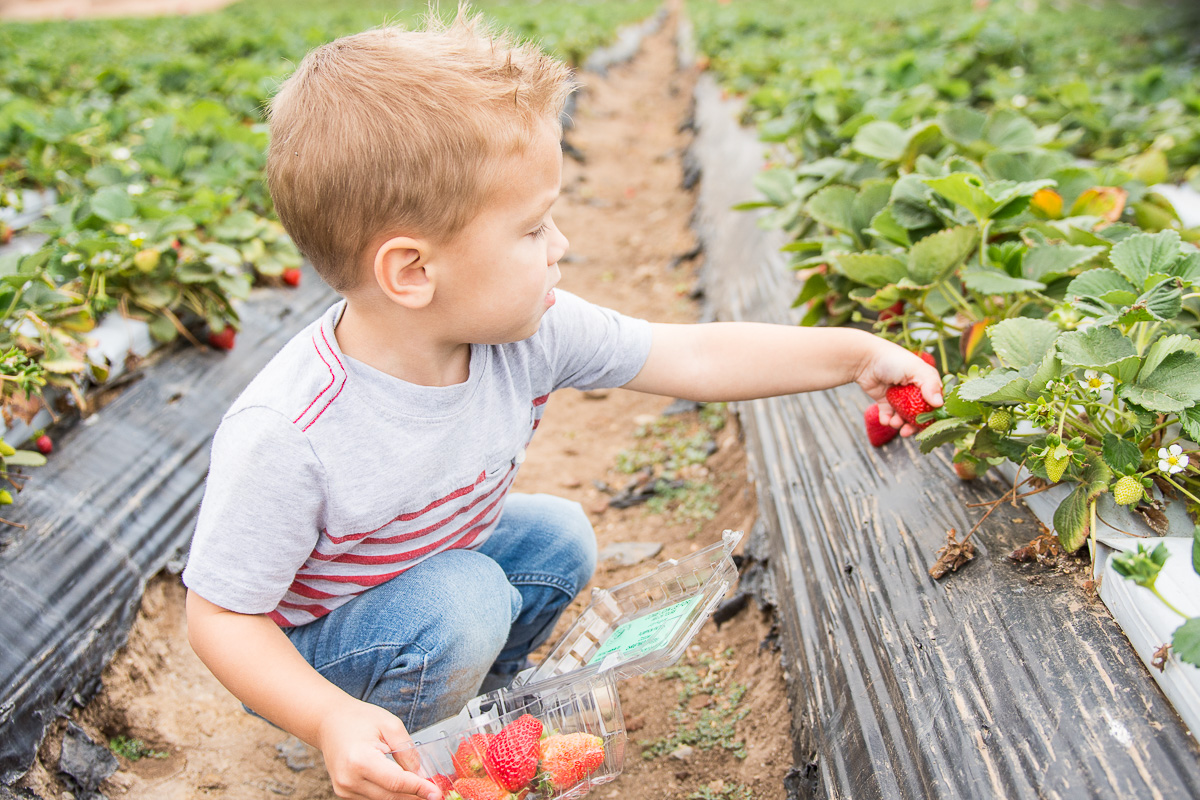 Crew was very careful about picking the very best strawberries to fill his basket. 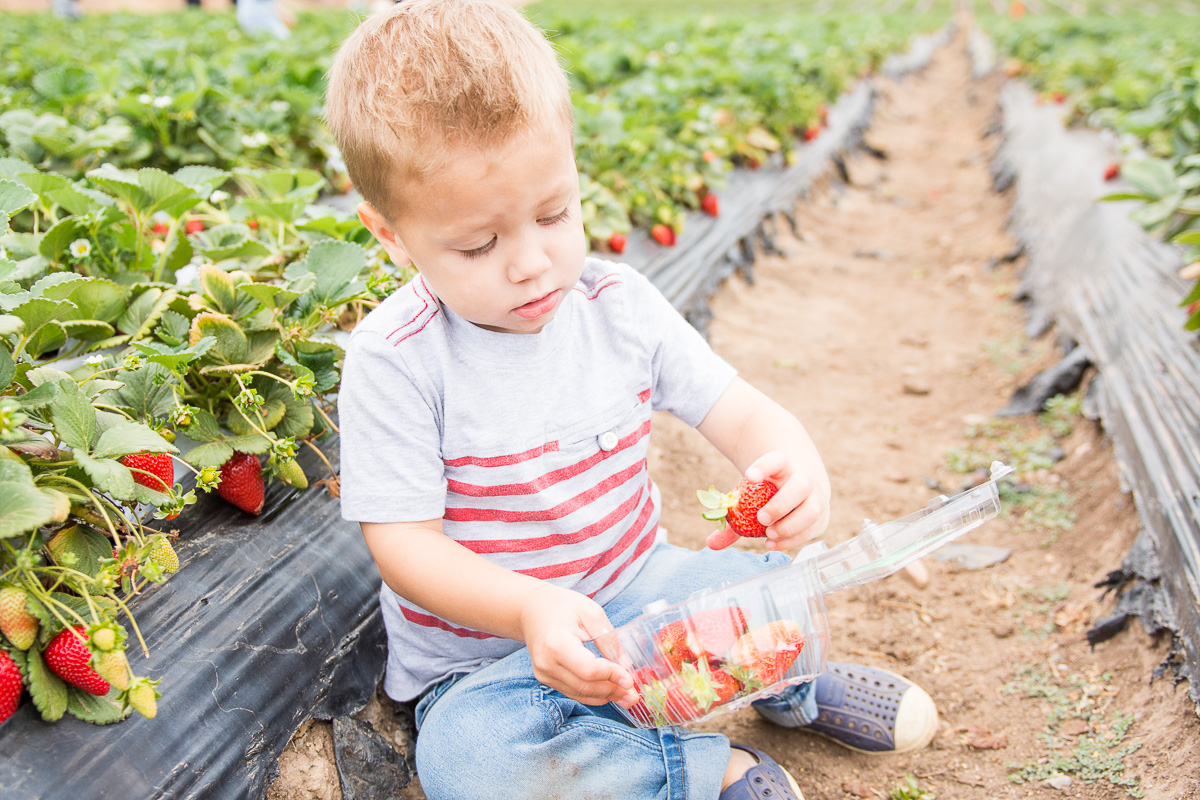 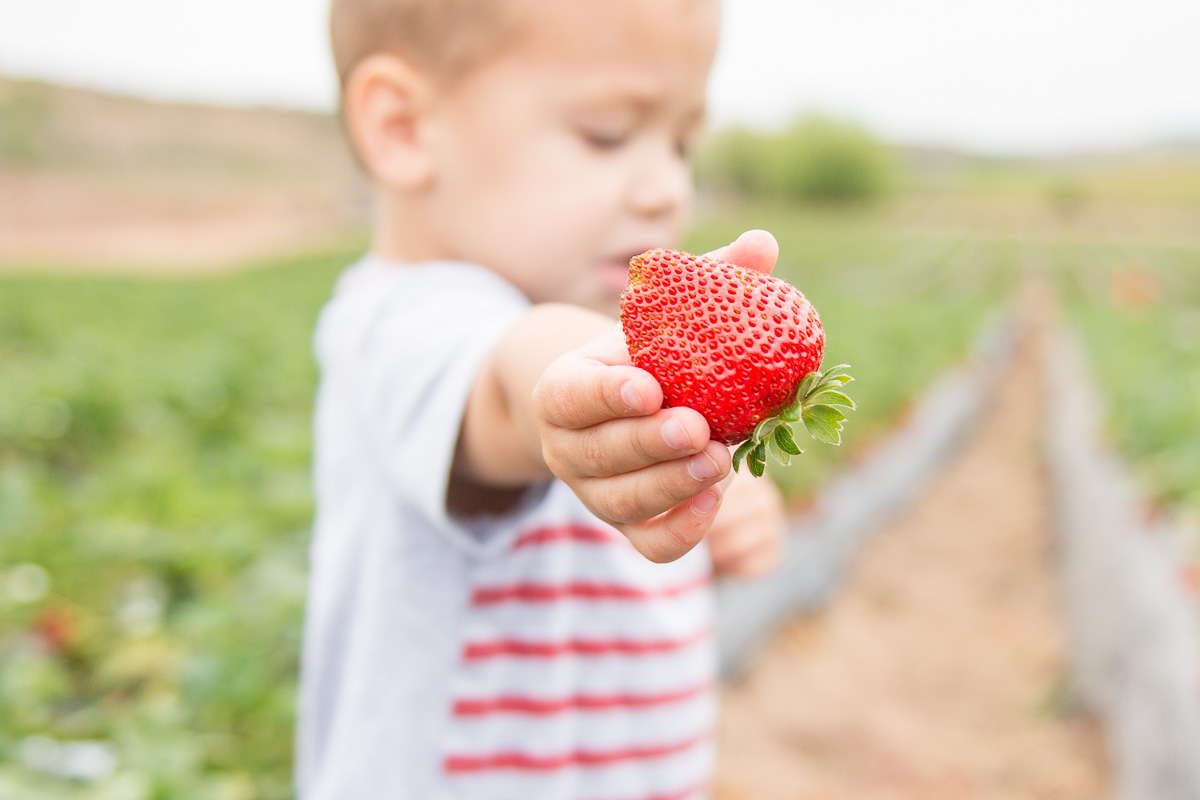 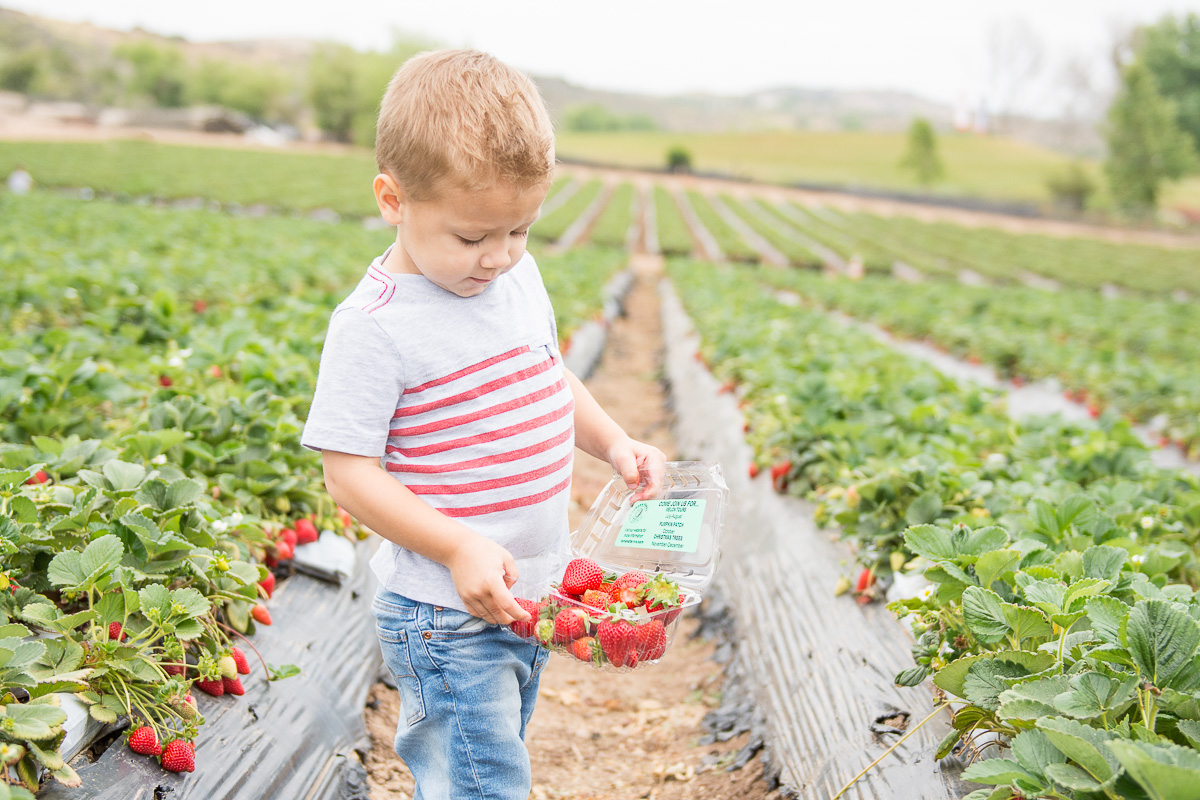 Only Finn would taste the fresh strawberries from the ground. Crew was insistent that we had to go home and get a knife to chop them up before eating them. 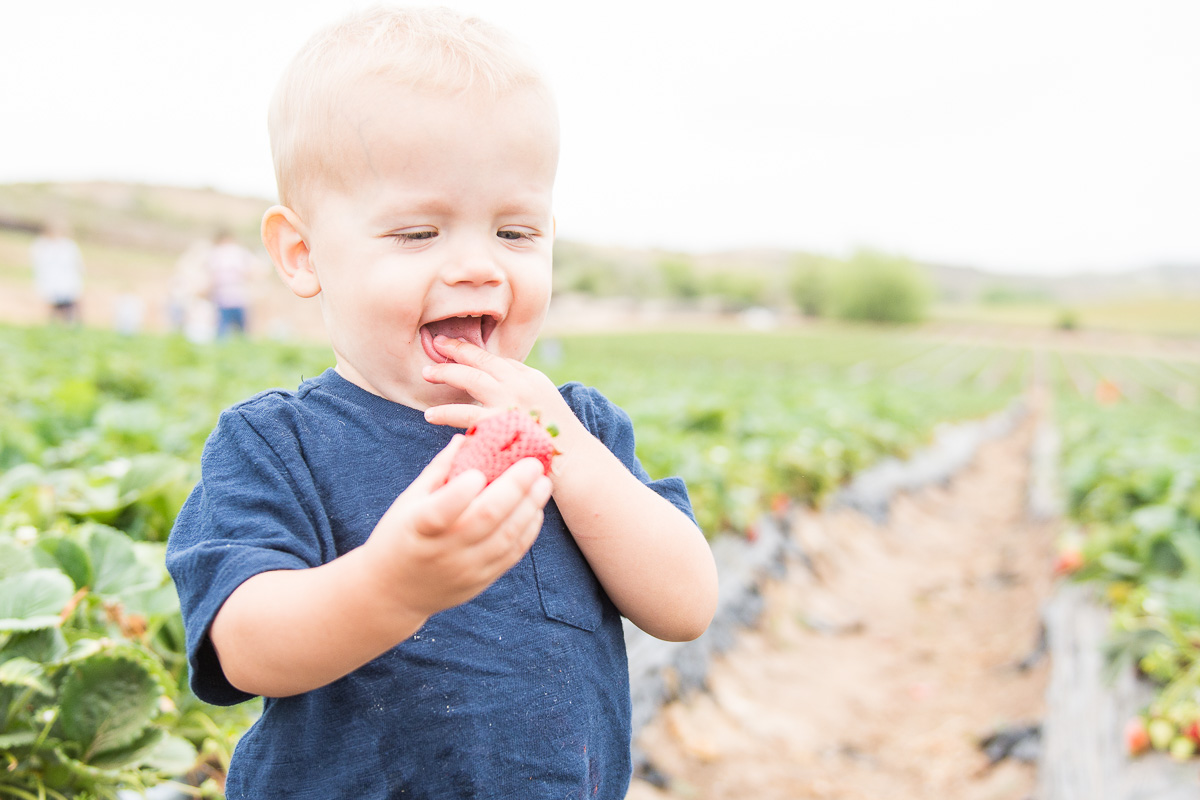 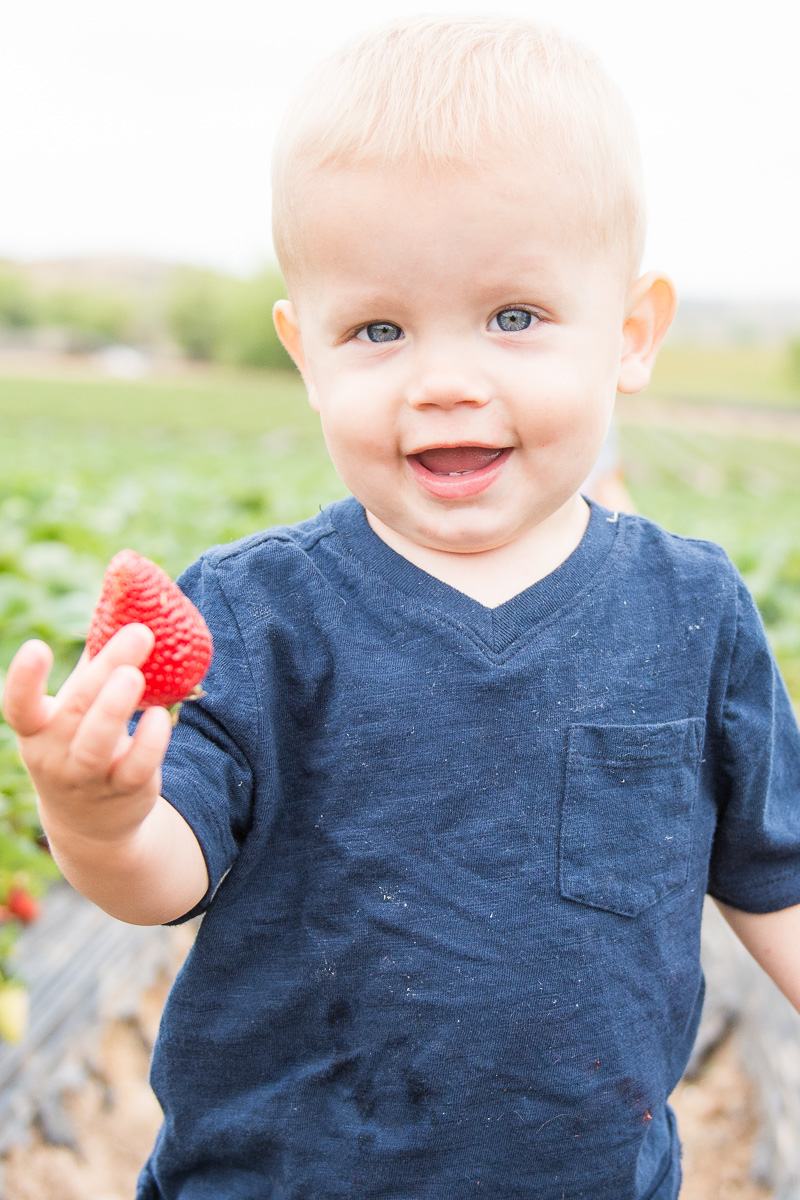 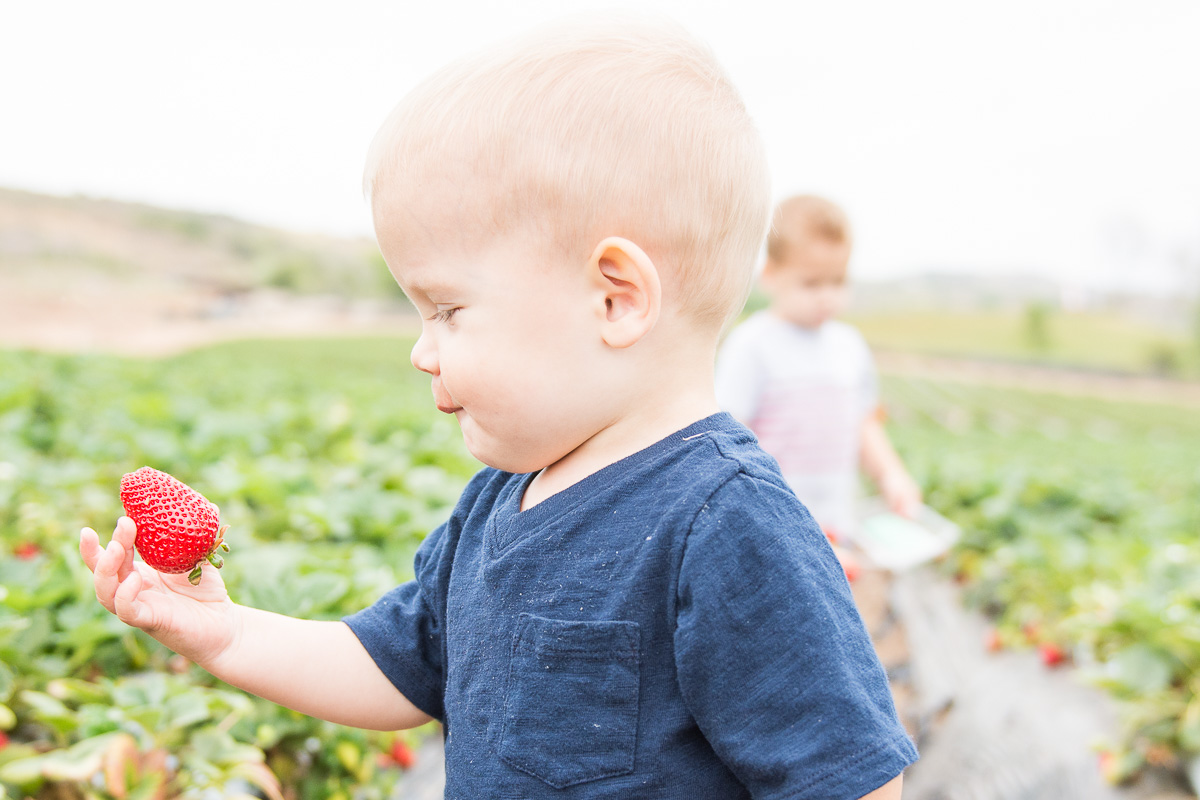 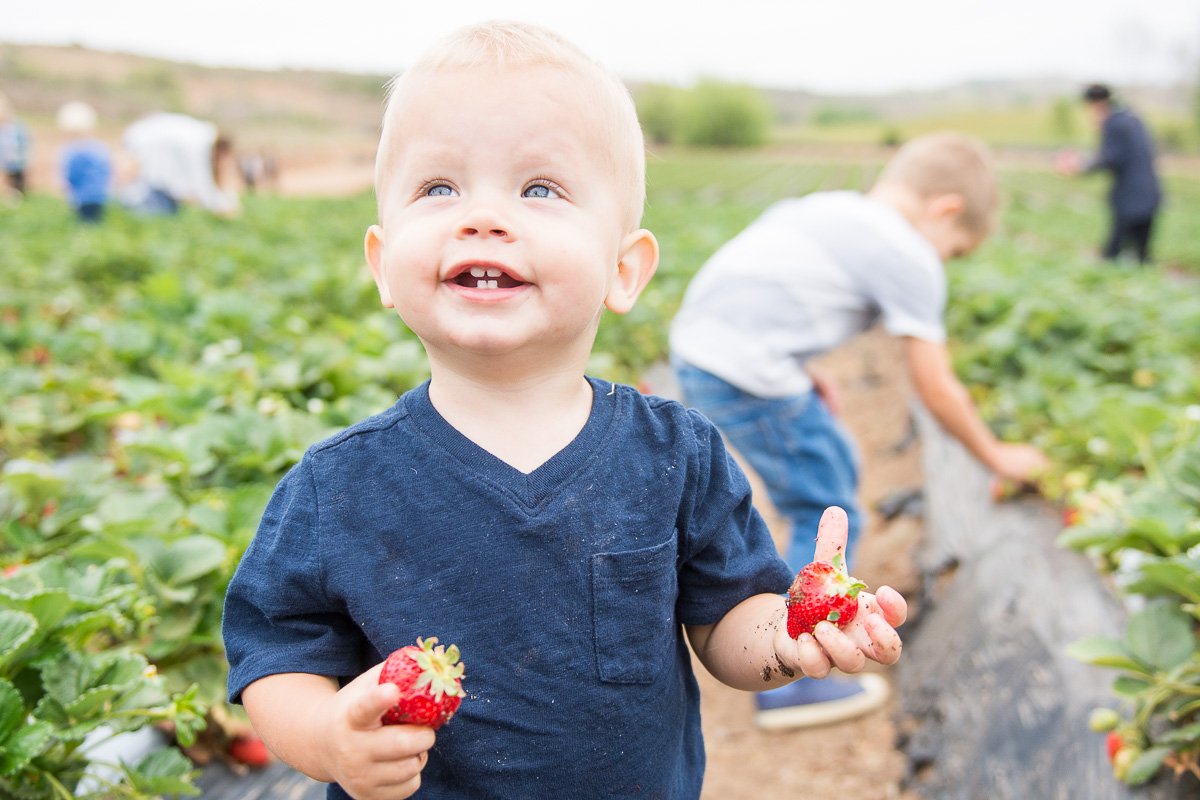 Finn discovered the art of chucking strawberries across the patch. 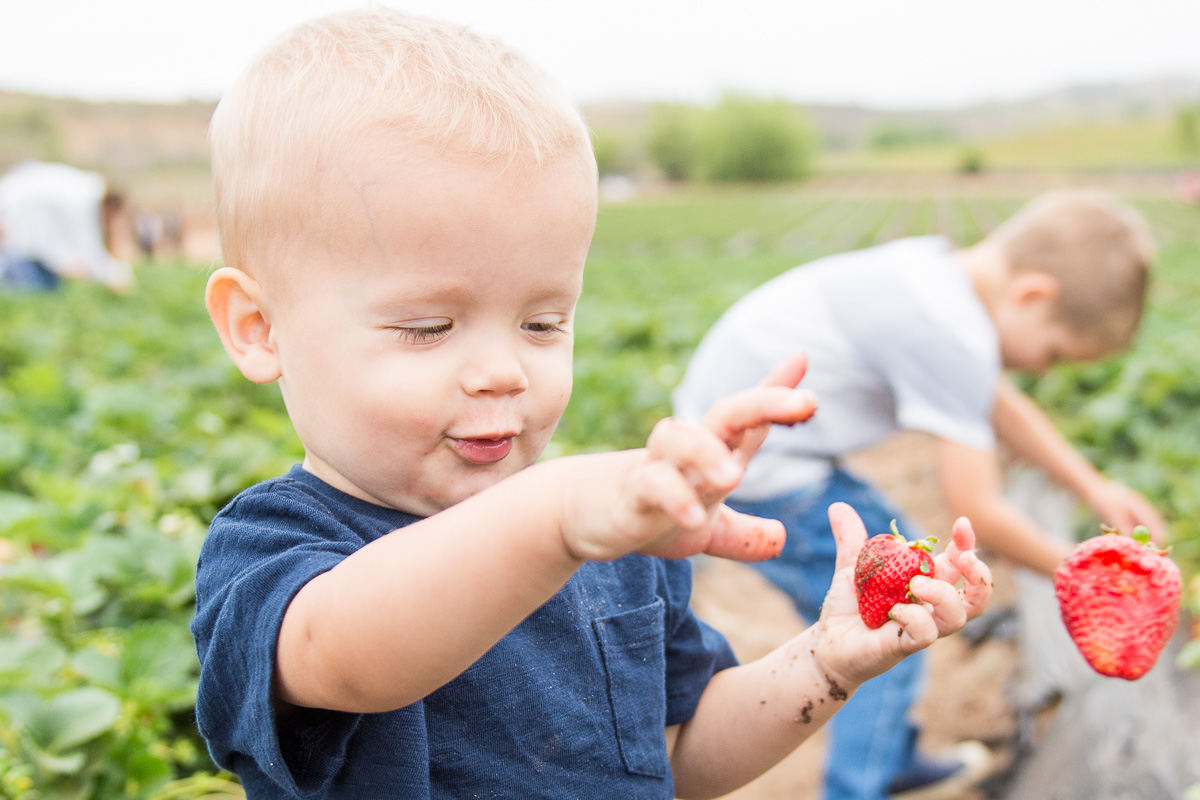 He eventually lost interest in eating and chucking strawberries, so he moved on to collecting rocks. 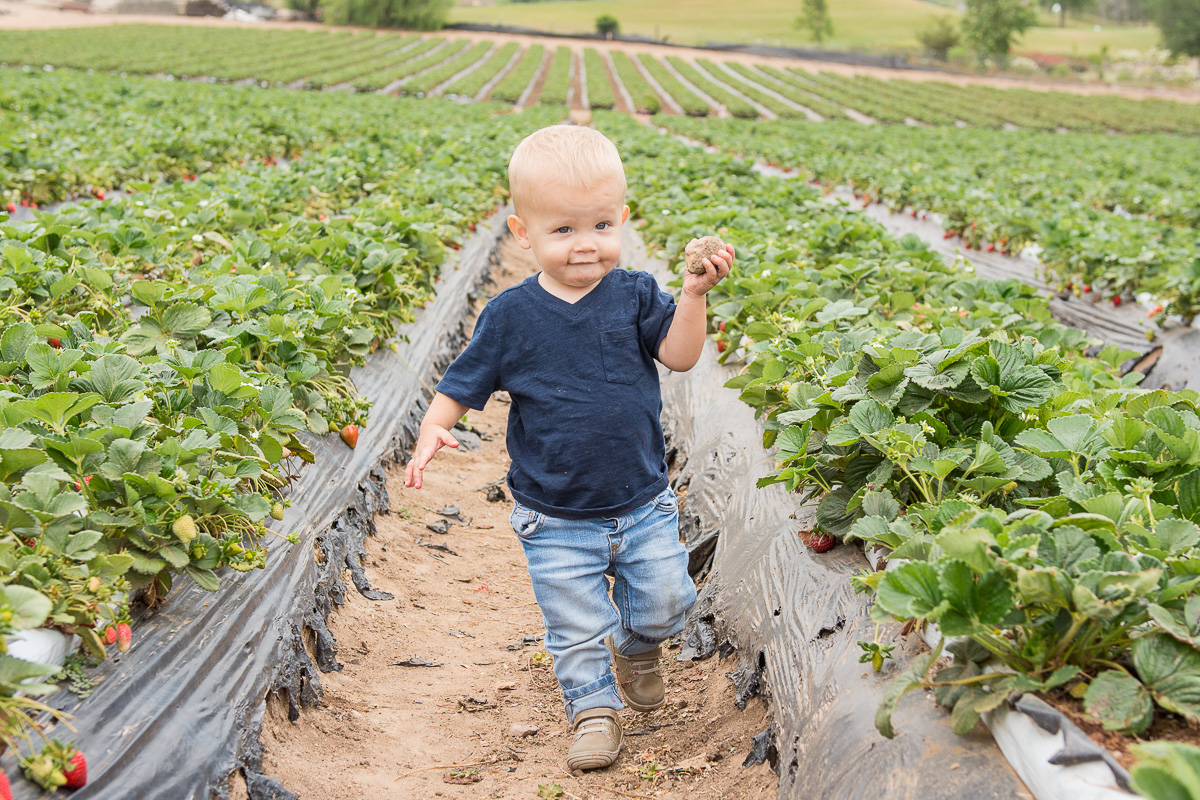 We left with red hands, muddy shoes and a pound of delicious hand-picked strawberries. 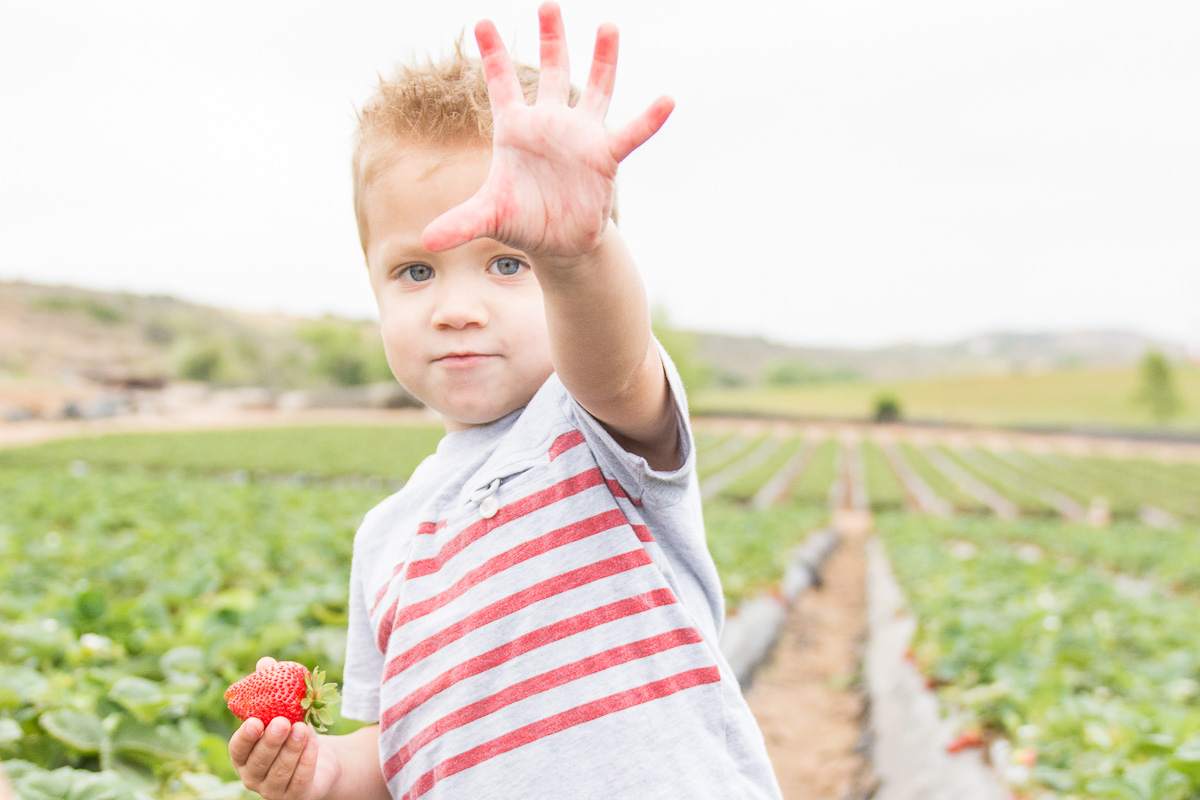 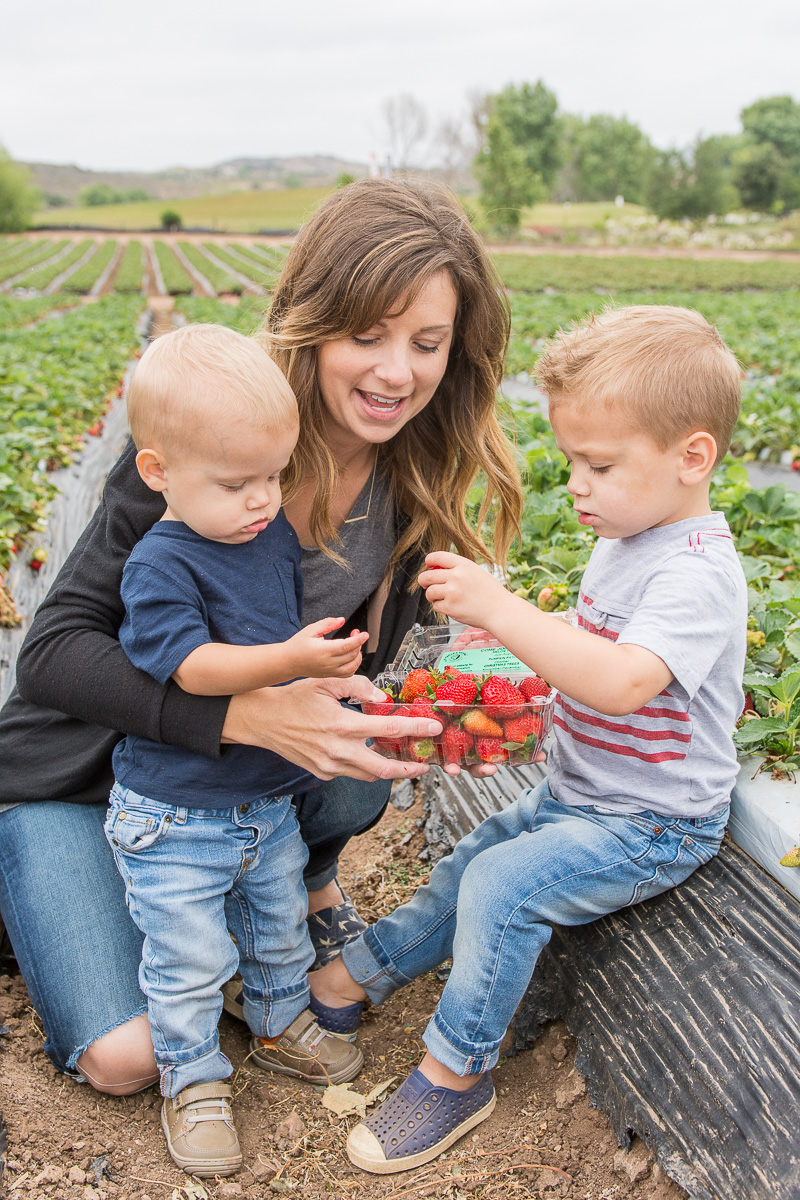 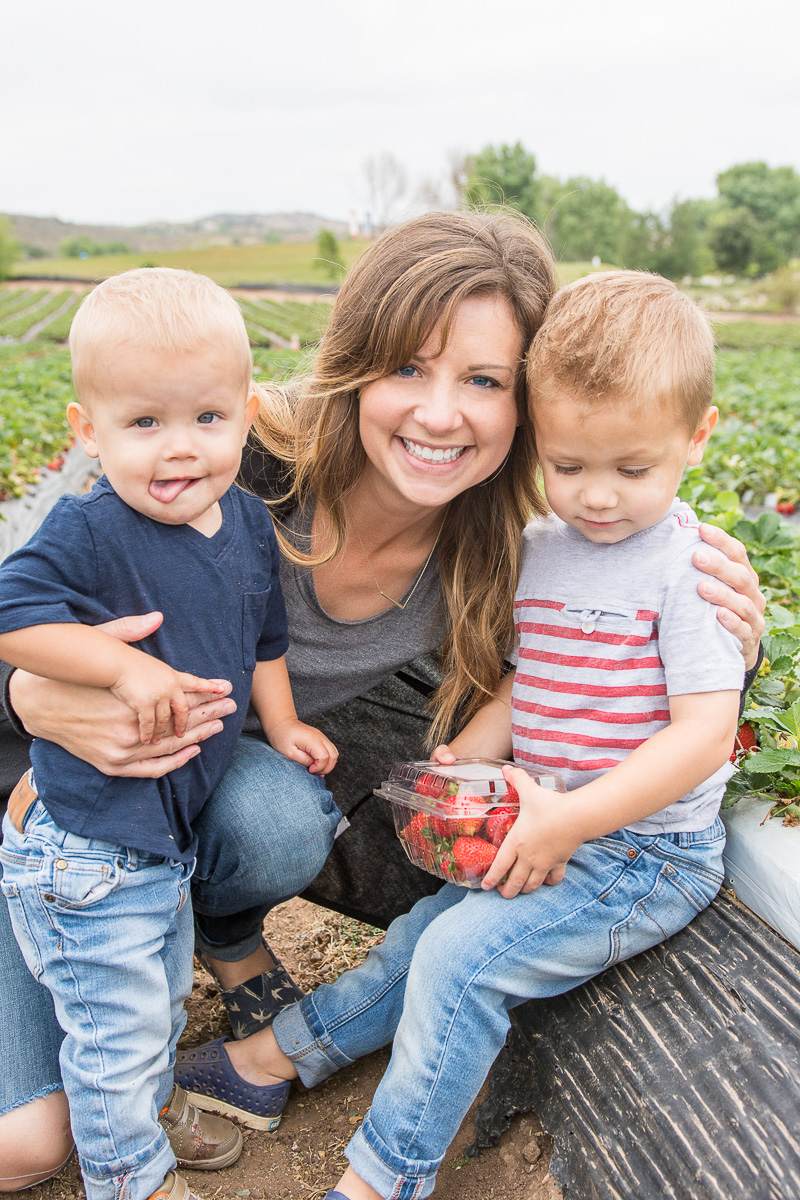 Less than 12 hours later, that pound of strawberries was long gone.