It’s funny how once you carry out a tradition a few times, your children hold you to it.

We flew home from Michigan less than 36 hours before school started, but the boys completely expected our traditional back to school fancy dinner before embarking on the new school year. They asked me over and over what our new theme was going to be and how I was going to decorate the table.

Since they were insistent on carrying out the tradition, you better believe I did what it took to throw something together. Thankfully, I already had a theme in mind, so it was just a matter of scrounging up some items around the house to make the table look “fancy.”

Even though they knew what to expect at our fourth annual back to school dinner, the boys still showed just as much shock that we would throw a party just for them. No company, no birthday celebrations, no major holidays, just us. And somehow those above average place settings encouraged them to stay in their chairs, use their manners and participate in some great discussions. It’s seriously like magic how they whip right into little adults for this one annual meal.

We settled on the family theme “Build Up” this year. We talked about ways that we are built up and torn down, both by others and by ourselves. We had a good discussion about how important it is to build ourselves up when it is so easy to focus on our weaknesses. And we can all do a little better at cheering each other on.

I used the blocks to show the analogy that if your foundation is full of positivity and support, you stand firm without wobbling. But as you remove blocks one by one, over time you grow weaker and weaker until you eventually collapse. 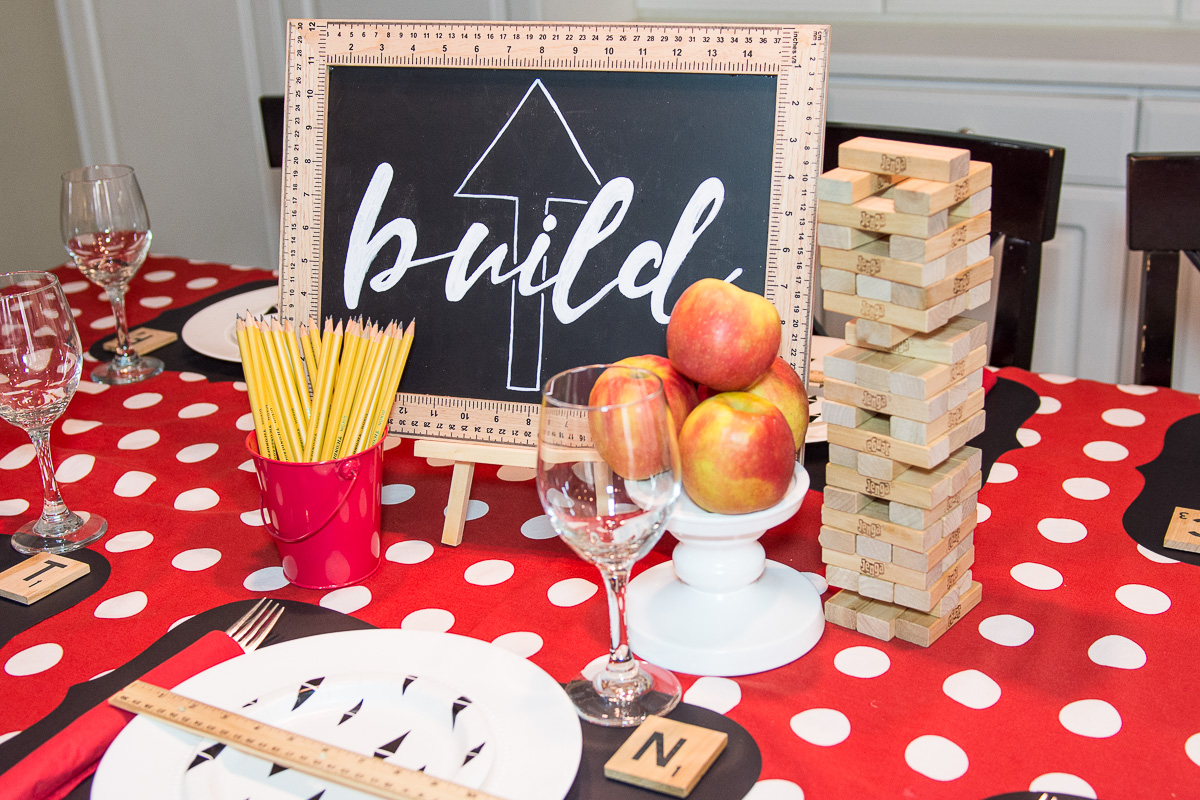 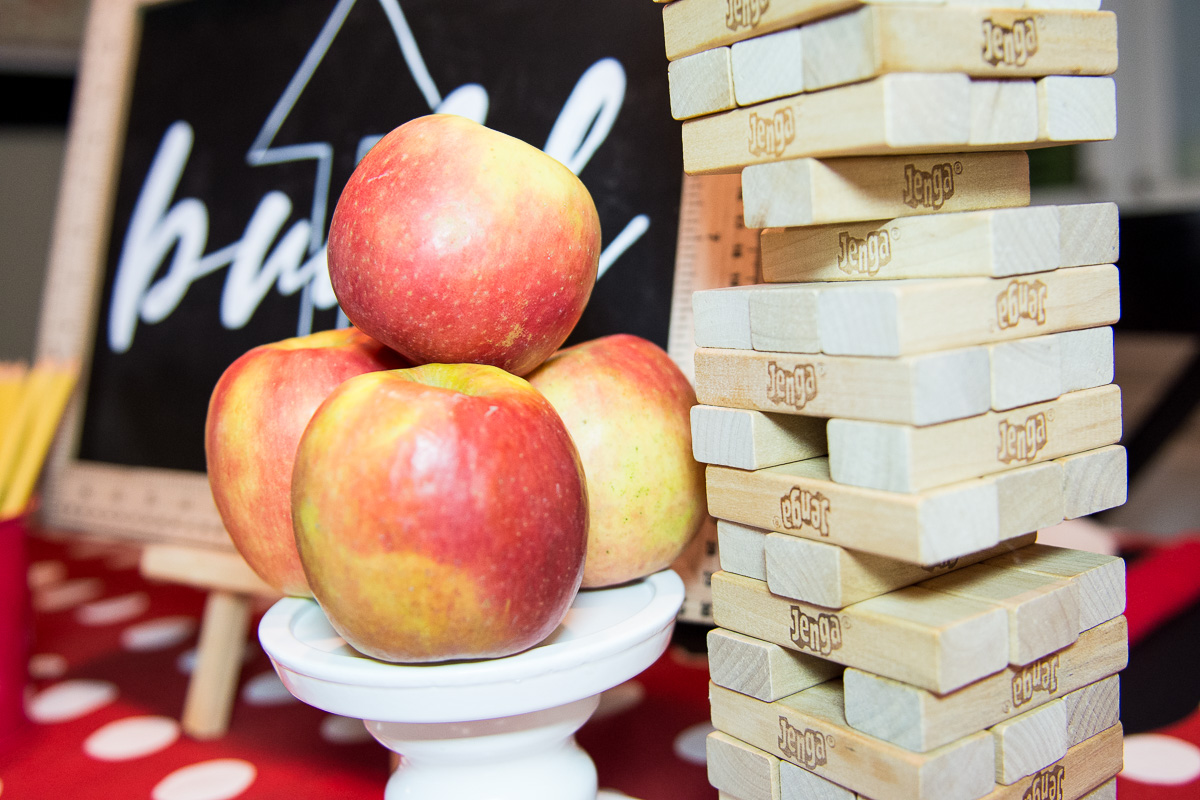 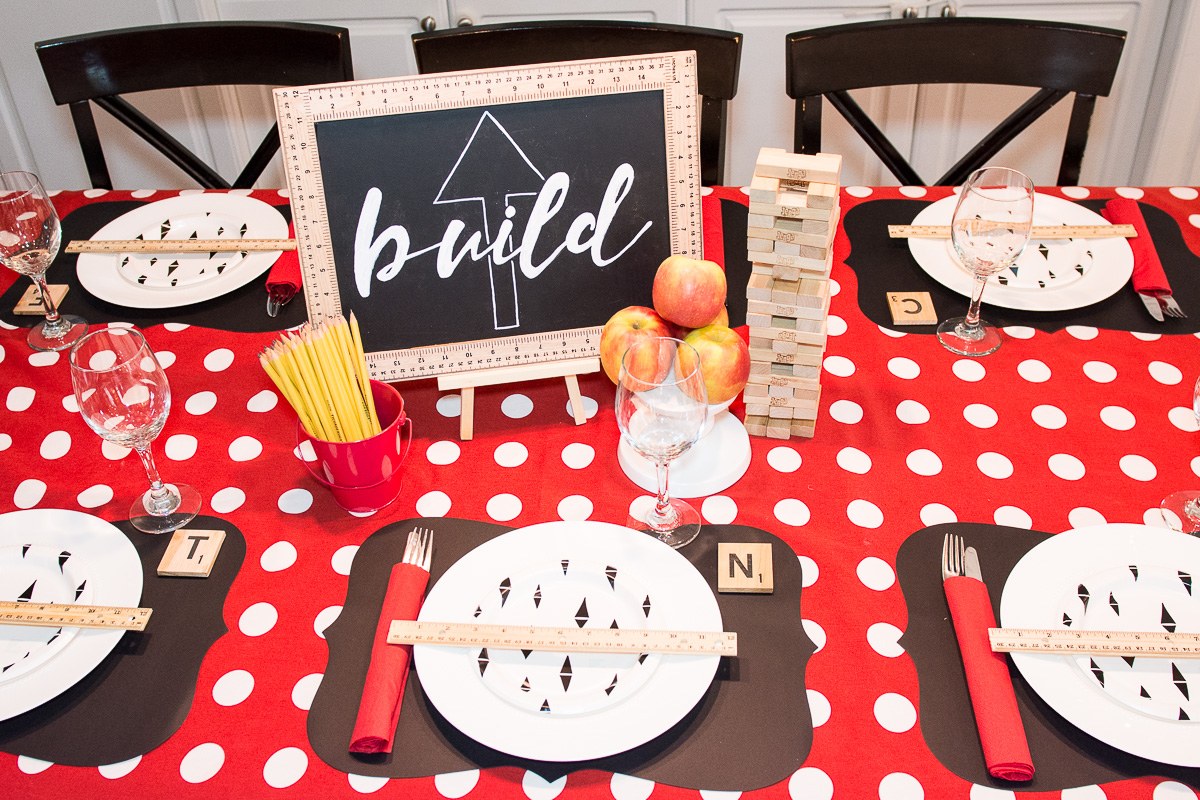 The great thing about this theme is that the adults in our family need the reminder just as much as the boys. Who doesn’t need a little building up?