We weren’t on our end of summer birthday high for long before reality hit.

Crew started eliminating his nap over the summer but fell asleep often enough that I put him down most afternoons.

He still slept in a crib. I figured the only way he might doze off was if he was contained, without the freedom to roam around and play with toys during nap time. Physically, he could absolutely get out of his crib, but he never did. He would simply call me whenever he woke up and I’d go in his room and tell him he could get up. Then he’d carefully climb over the ledge and that was that.

Until one afternoon when he didn’t fall asleep and he heard his older brothers come home from school. They were playing loudly outside Crew’s bedroom door. He wanted to join the party immediately so he jumped off his crib ledge. He landed directly on his arm and shrieked in pain.

It didn’t take long for me to realize that it was more than a bump or bruise and we needed to get it checked out. We began a long process of going to Urgent Care, Radiology and eventually ER. It was a Friday afternoon near closing time so we kept getting sent to new places.The one perk of multiple stops was the multiple stickers Crew received. 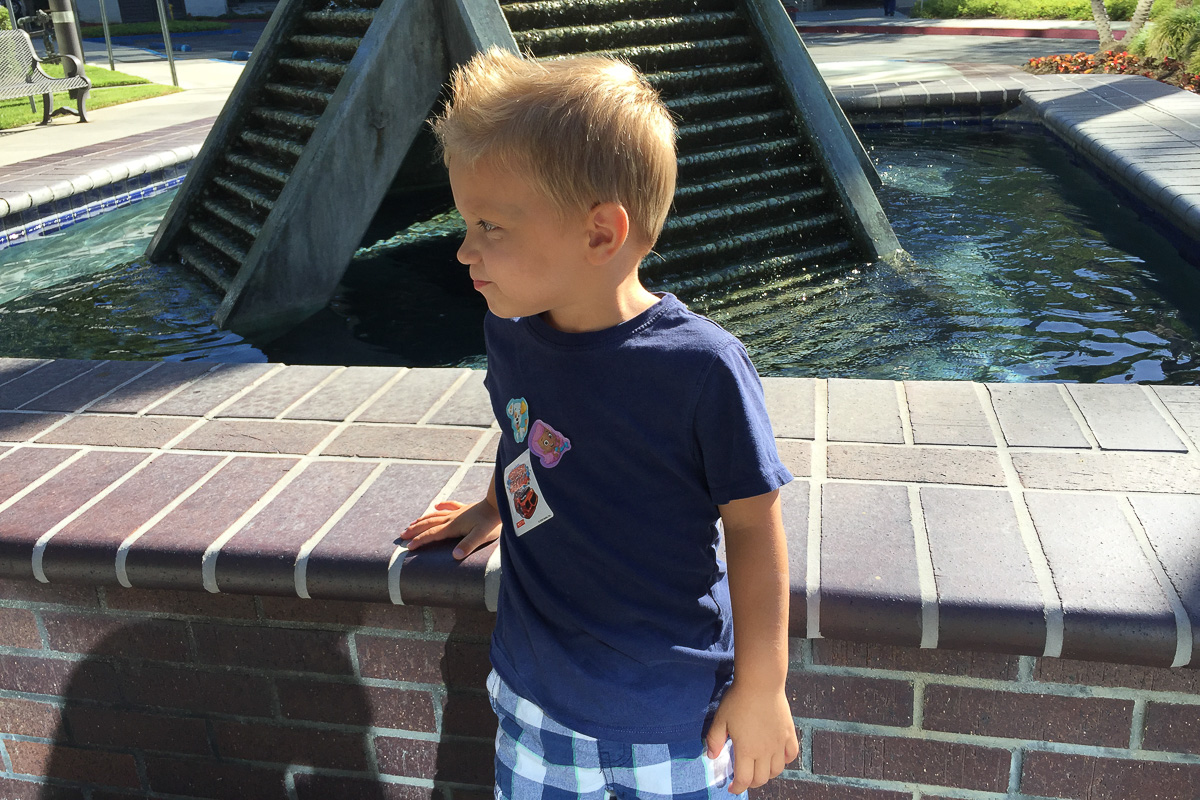 While we were walking to the Emergency Room, a fire truck pulled up. 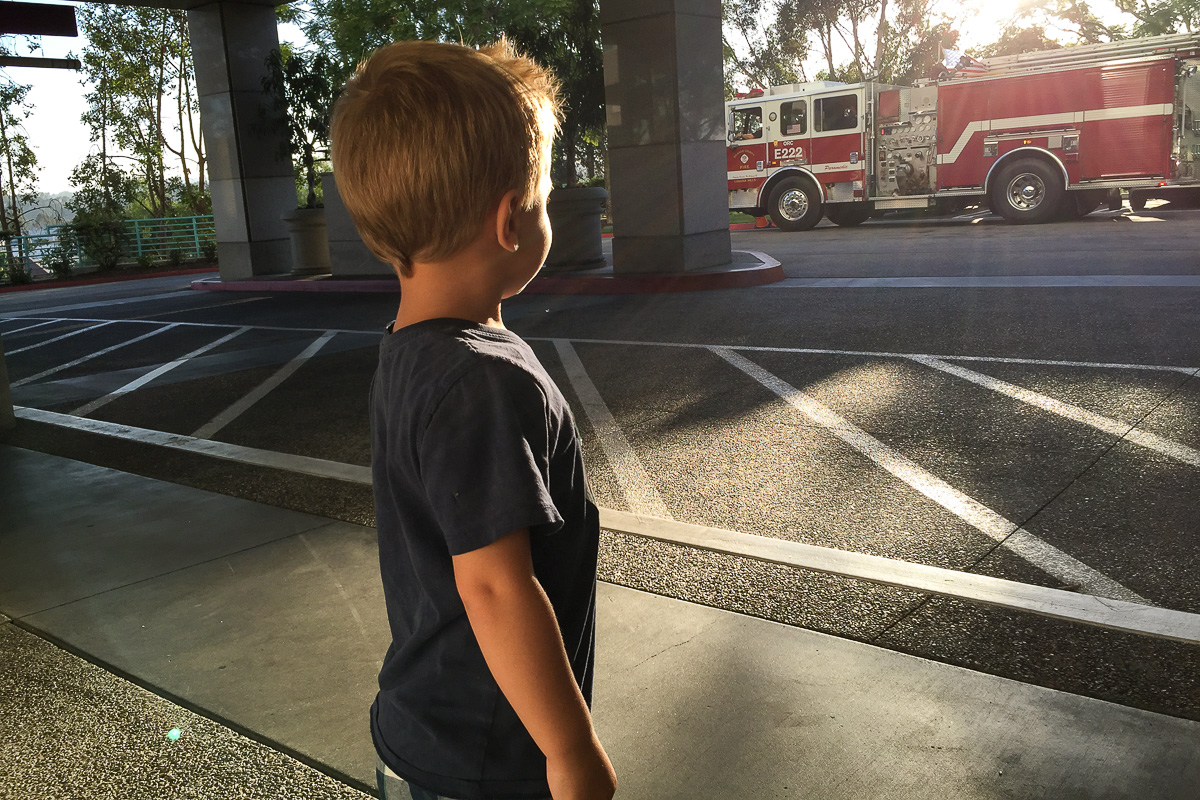 The firefighters were nice enough to let Crew check it out. 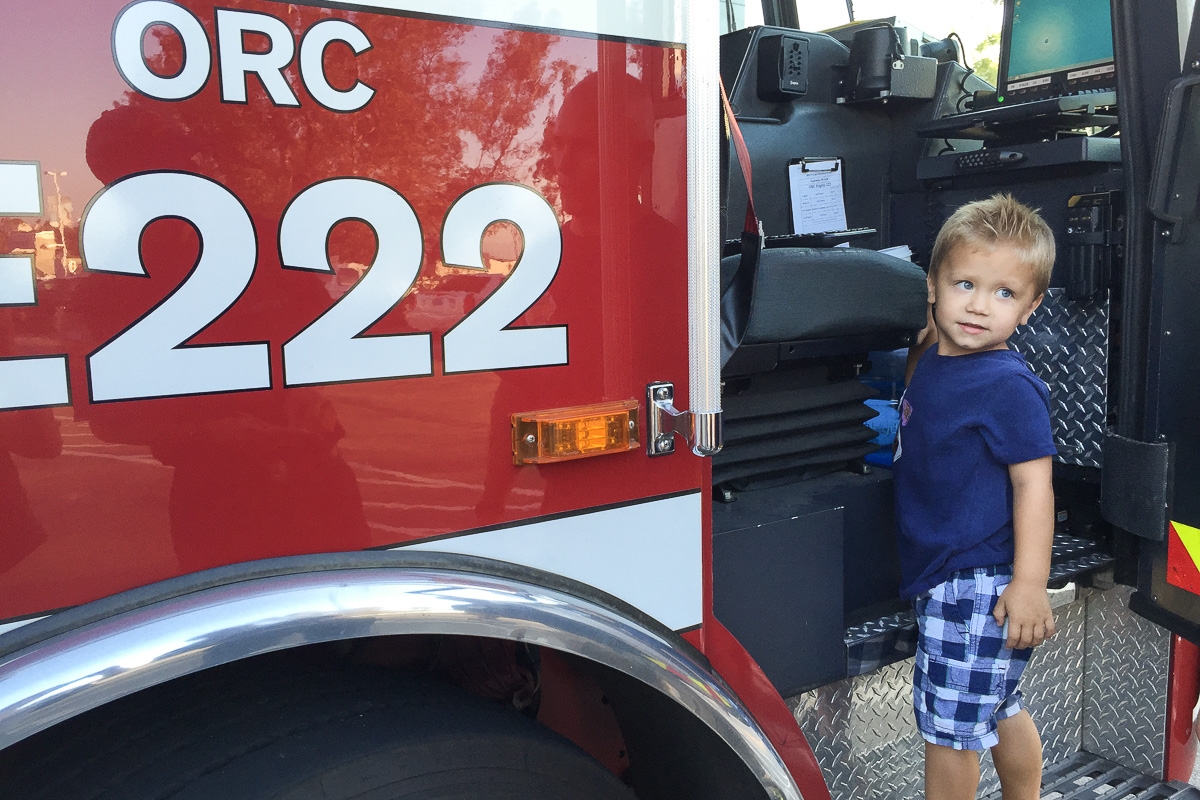 They also gave him another sticker to add to his growing collection. 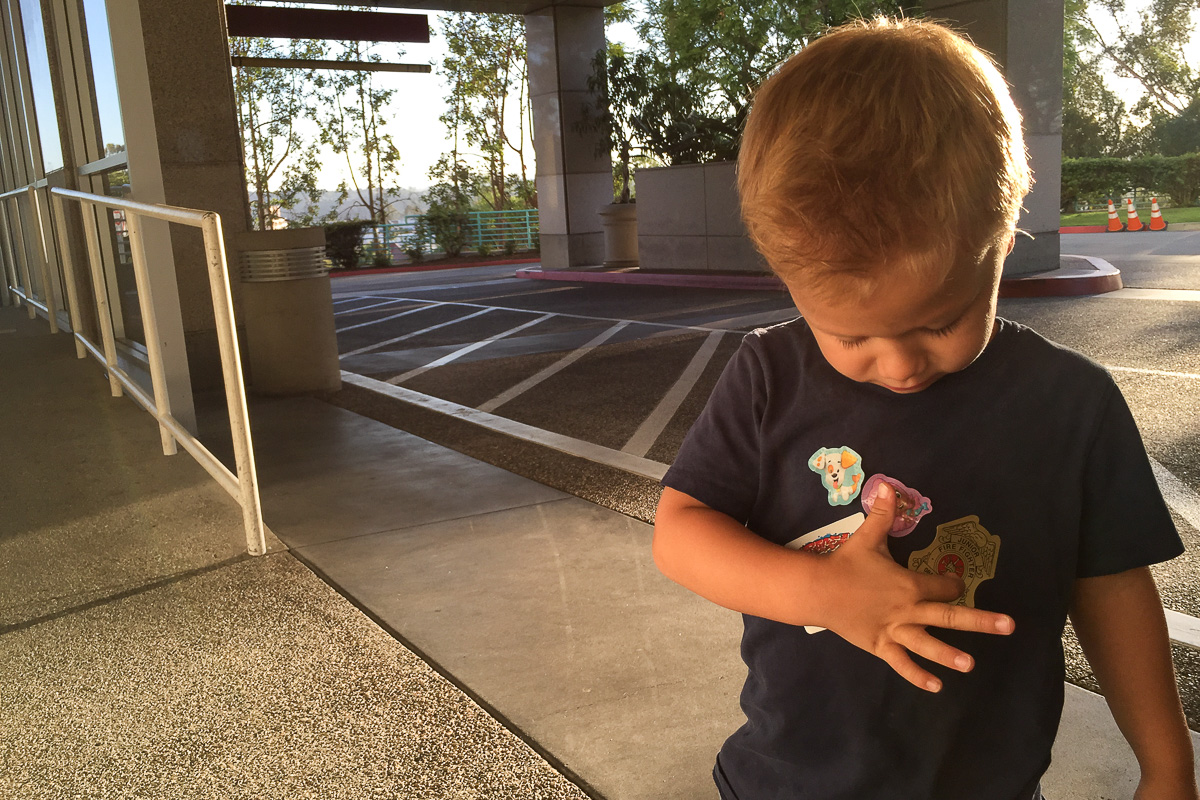 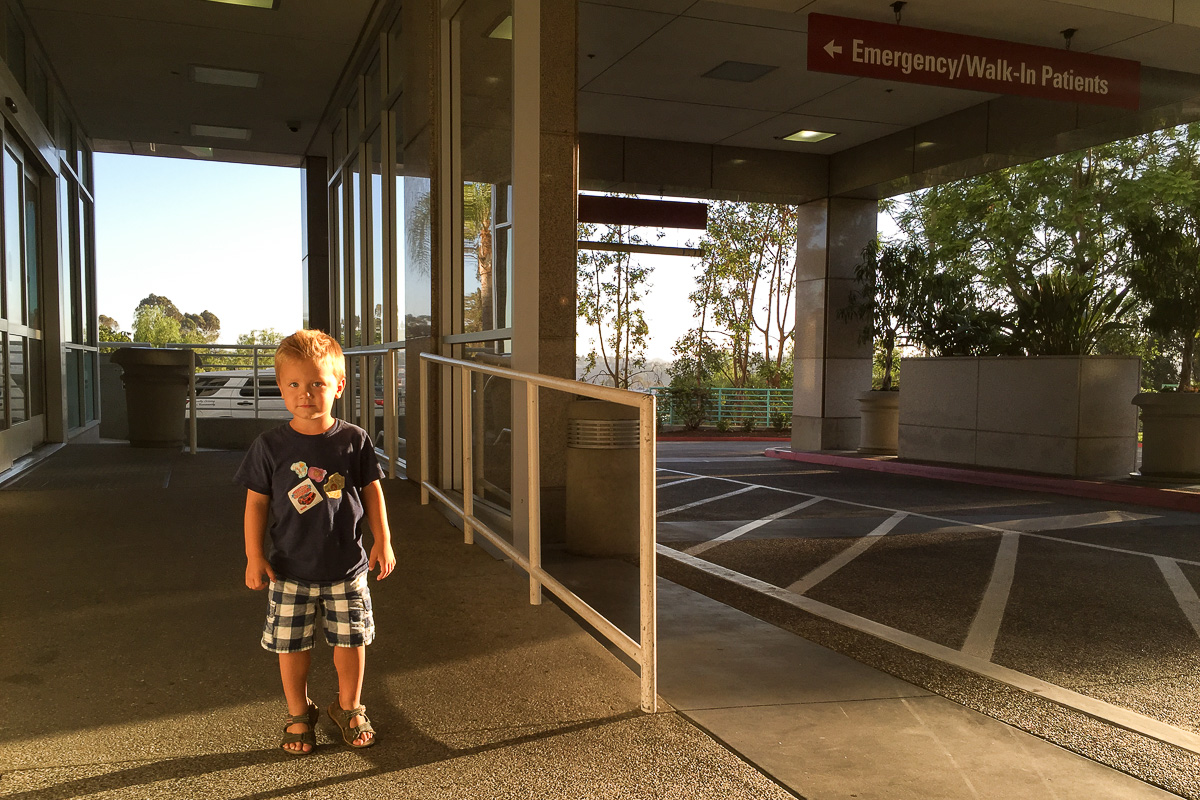 Finally, at our third office of the night, we recieved the results from Radiology that Crew’s arm was indeed broken. 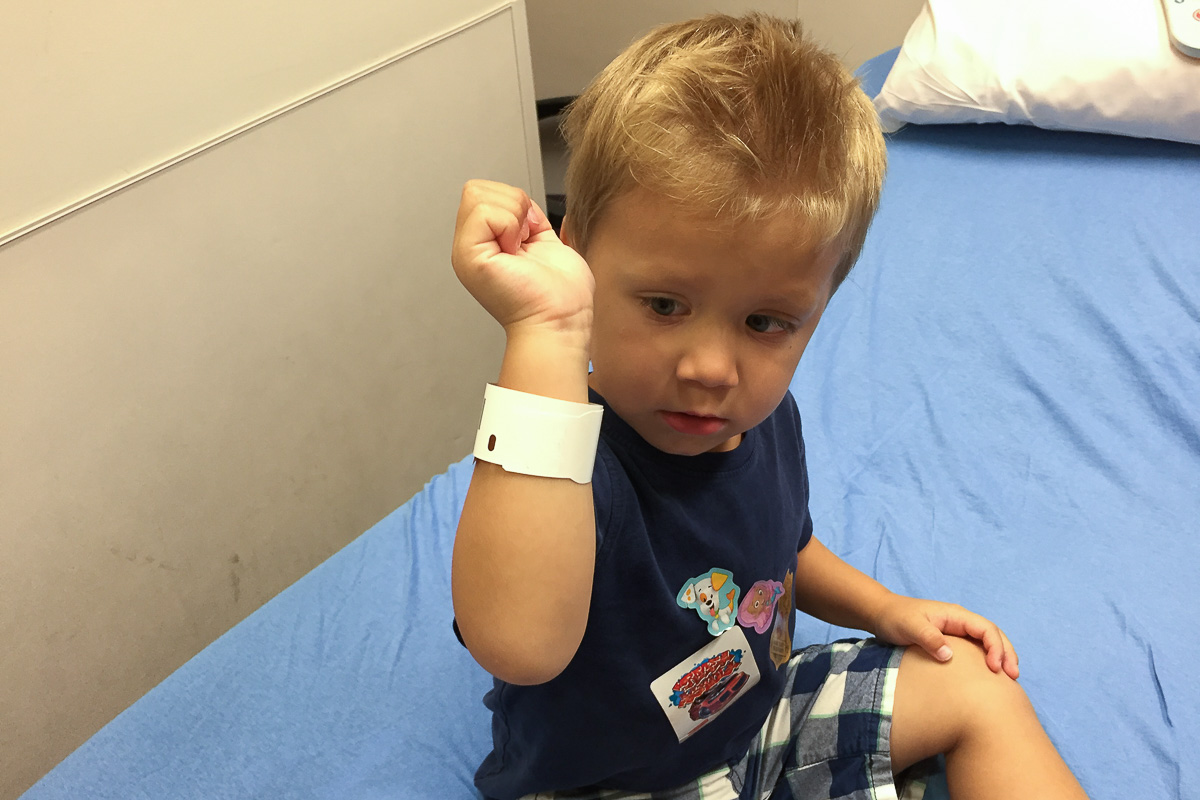 He had a buckle fracture affecting both his radius and ulna. 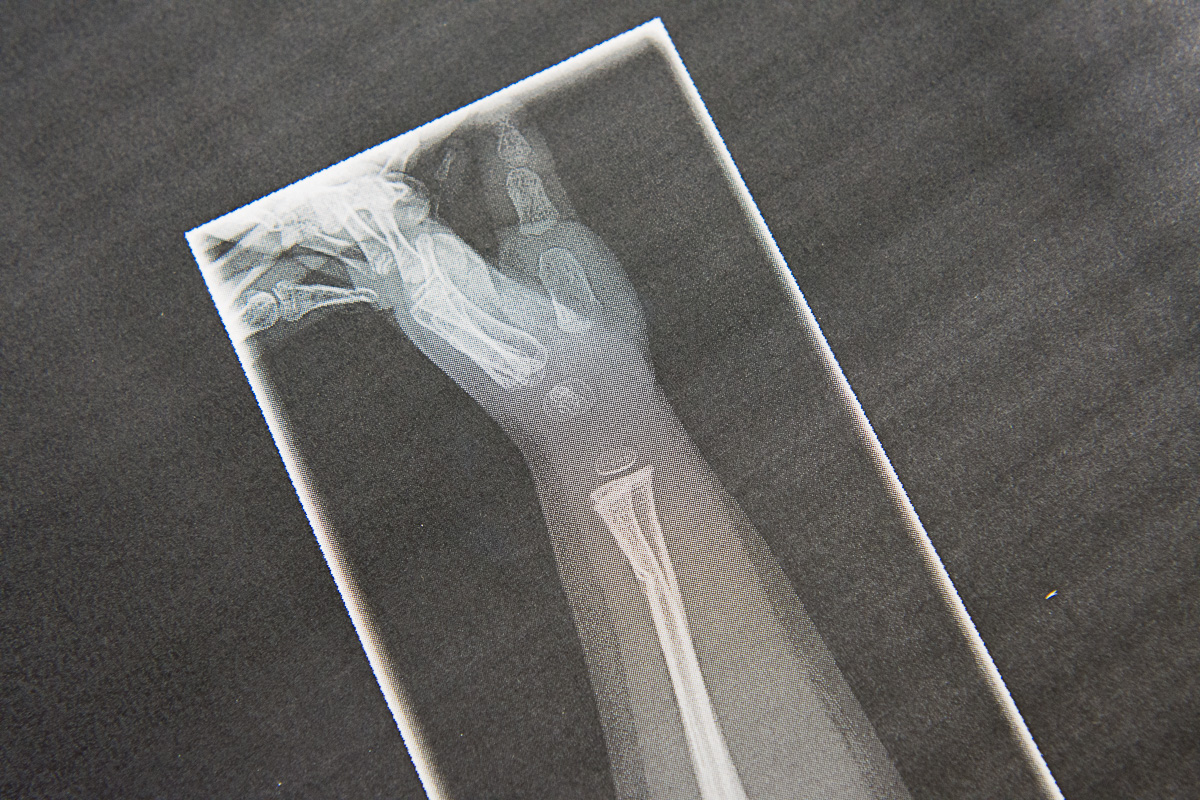 I had to hold his hand steady during the x-ray so they could get a still shot. 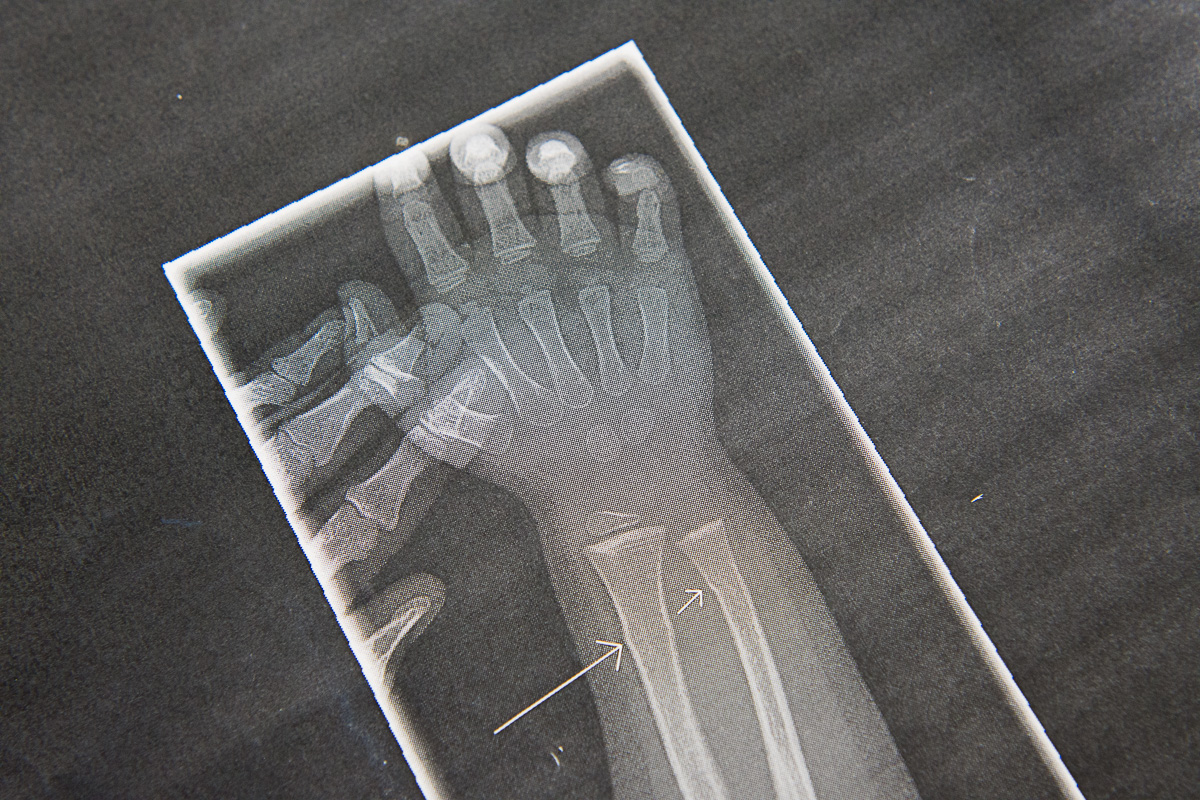 They wrapped up Crew’s arm in a splint and a sling at ER until we could get him a hard cast at Orthopedics a few days later. 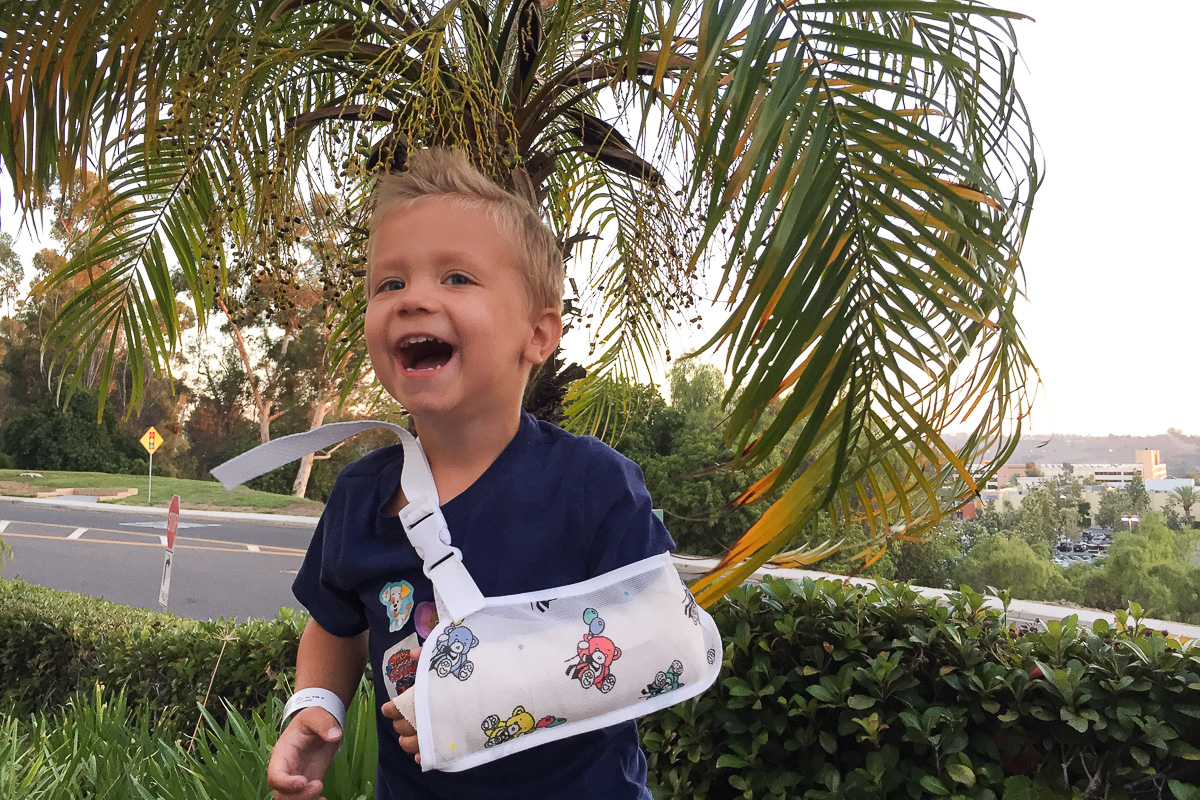 He was sure in good spirits after all the waiting around we had to do and the pain he must have been in. 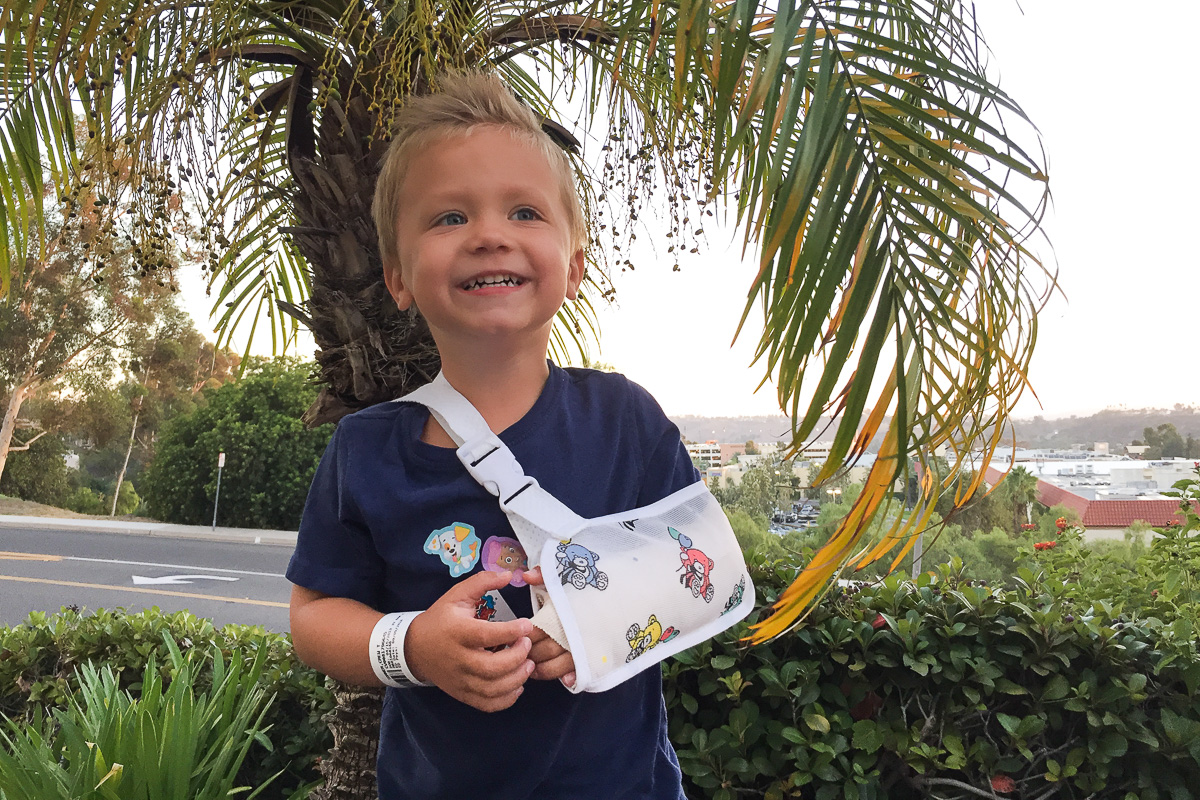 He certainly earned a date with me after enduring all that trauma. 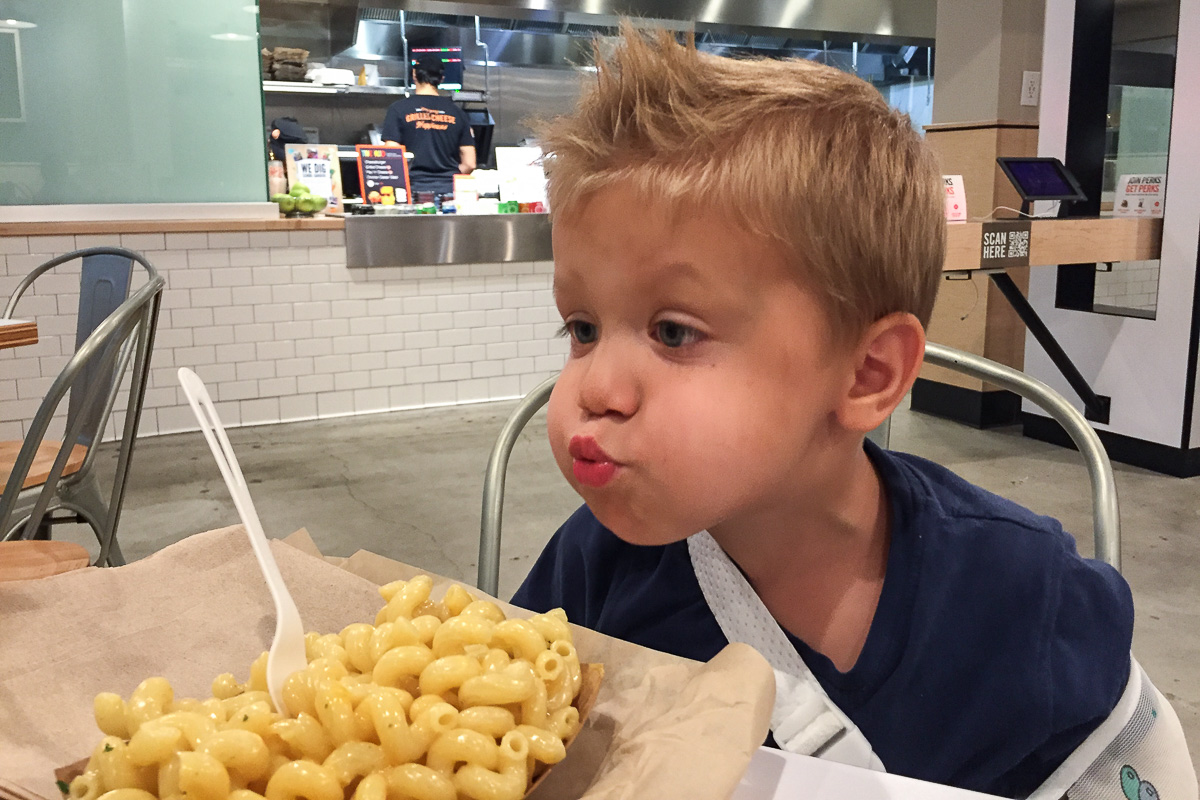 He had no idea at that point what he would have to give up for the next 6 weeks; he was just happy as could be with his sling and his ice cream and couldn’t wait to go home and share his adventure with his brothers. 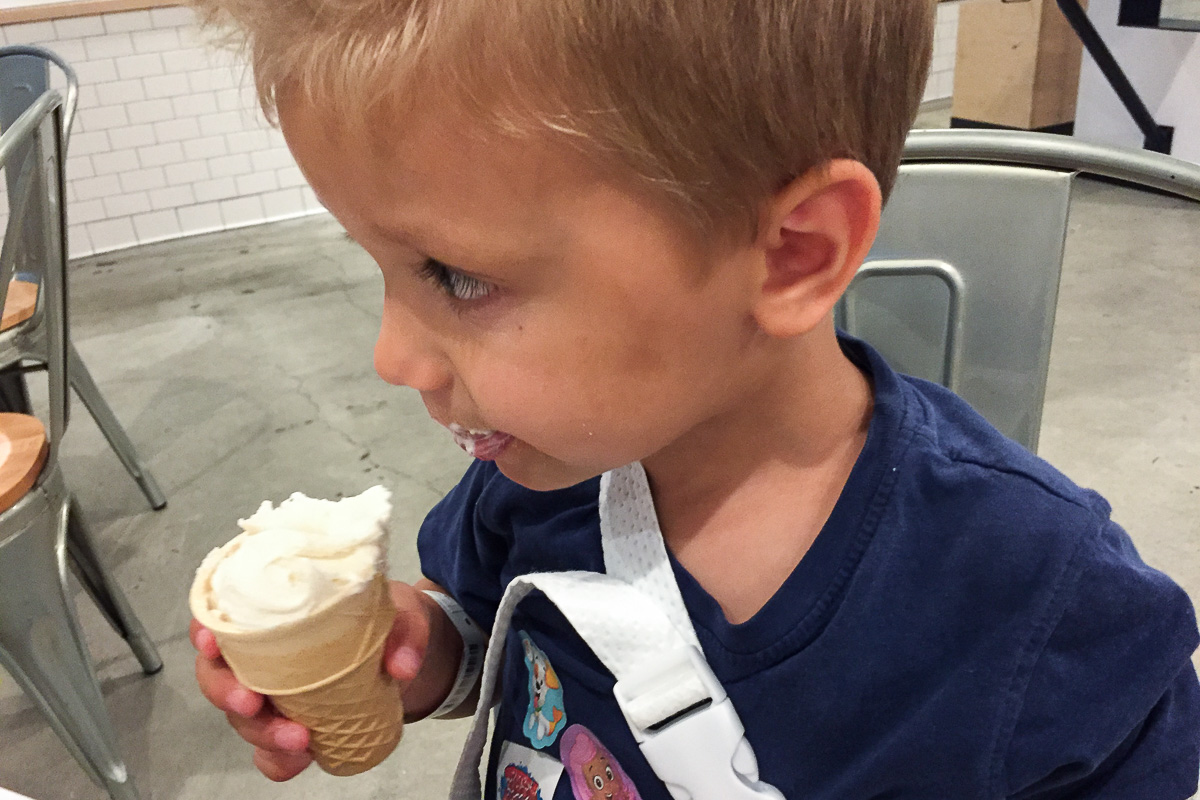 Our first order of business upon arriving home was converting his crib into a toddler bed.