We kicked off our Halloween festivities with a preschool costume party. One of Crew’s friends refused to put on his costume that his talented mom spent hours sewing. He wouldn’t wear anything but his Christmas pajamas. I think that made this capture even better. 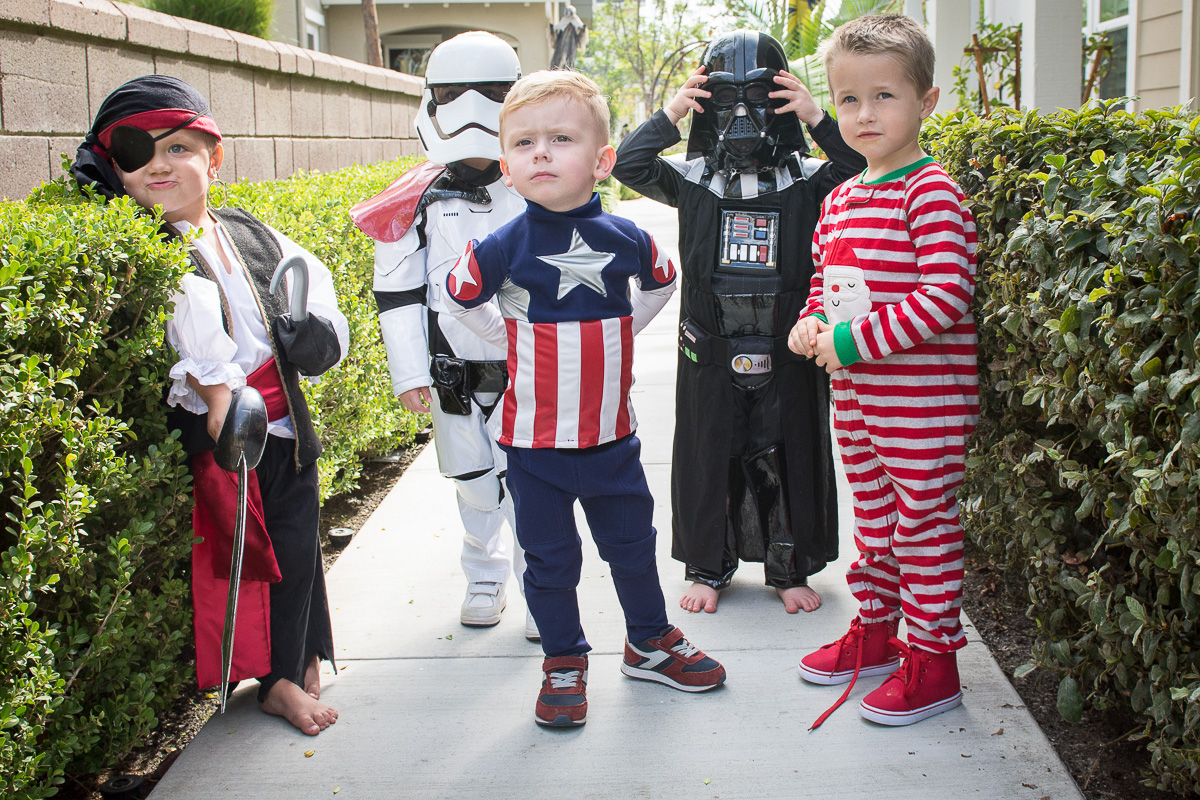 We hosted the party at our house and Crew and I put together games, crafts and snacks for the occasion. 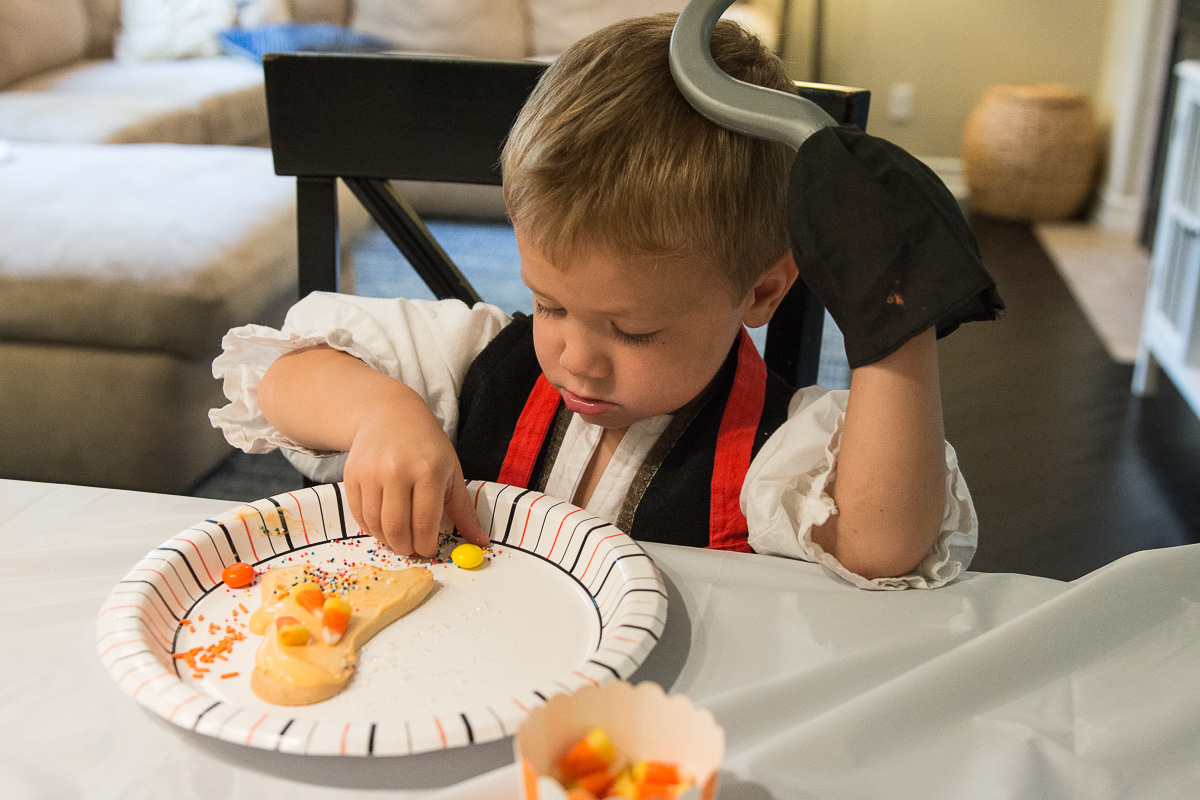 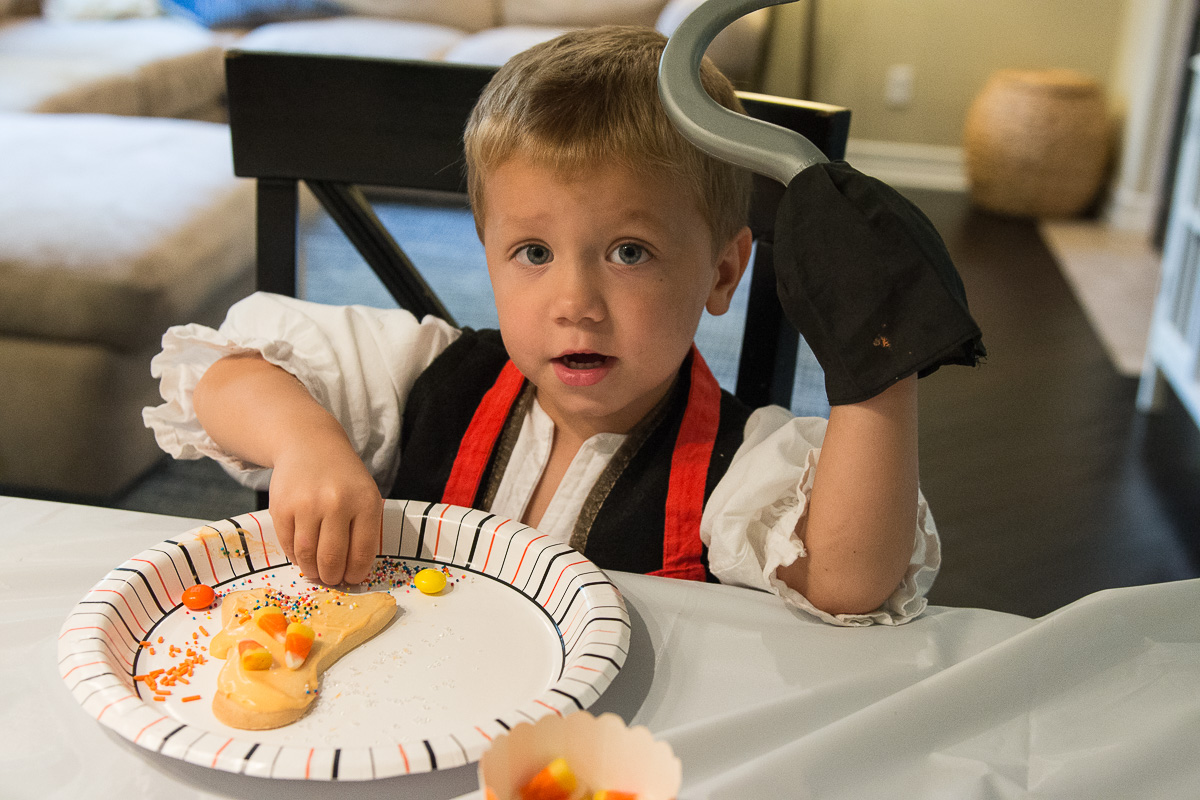 Next on the agenda was Trunk or Treat. The boys wouldn’t let me get away with not decorating the trunk, so we collaborated a few hours before the event and threw some things together. 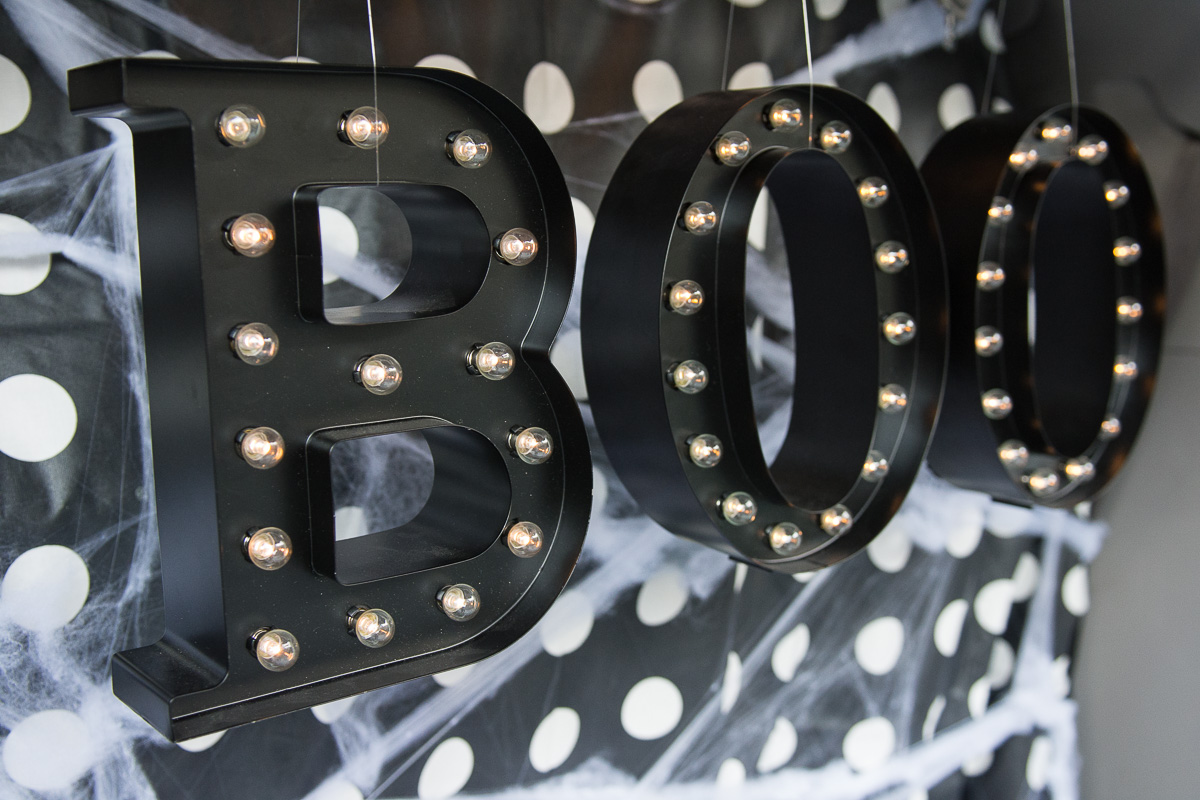 Blake had the idea to play Halloween music on his dancing water speakers. We rigged up some electrical cords and made it happen. 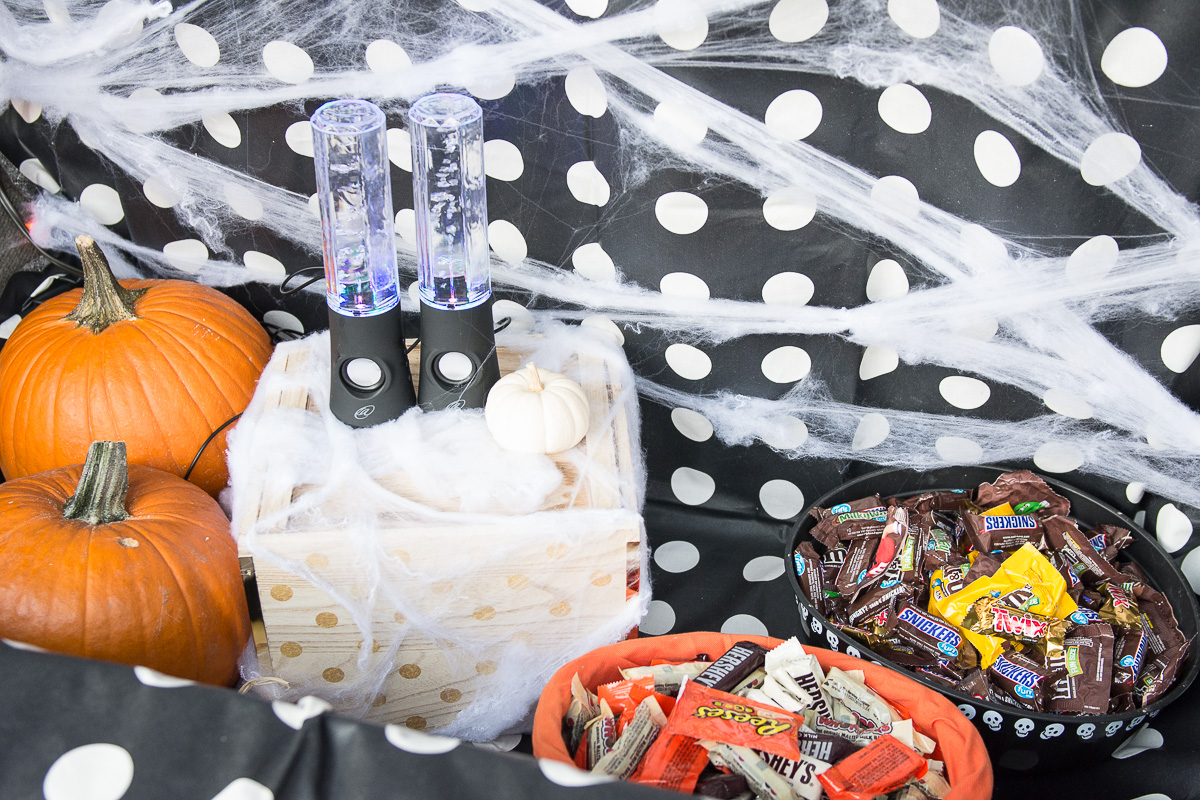 I have to admit, the speakers were a nice touch. 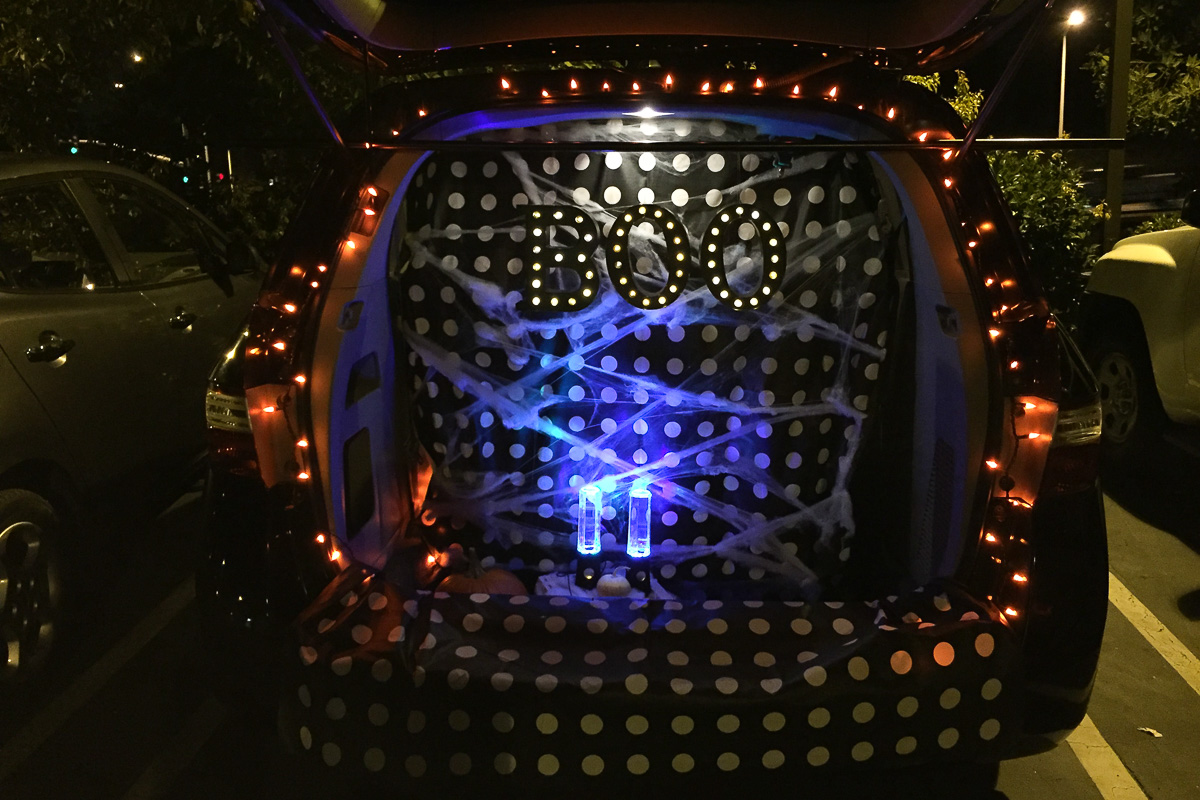 Troy’s parents were in town for Trunk or Treat so Finn made the rounds with his grandpa. He was too young to understand the concept of filling his bucket with candy last year, but it took him no time at all this year to get up to speed. 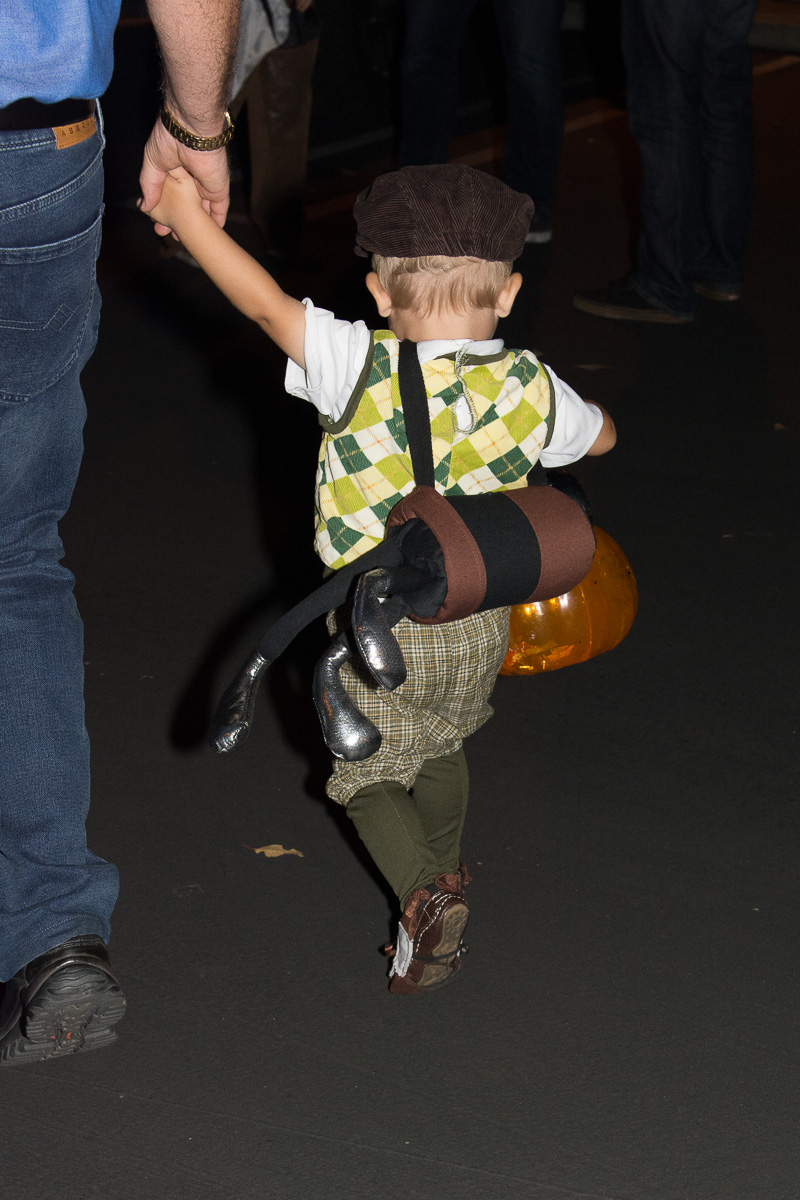 I hardly see my older boys at these events anymore. They are off making the rounds on their own with their friends. 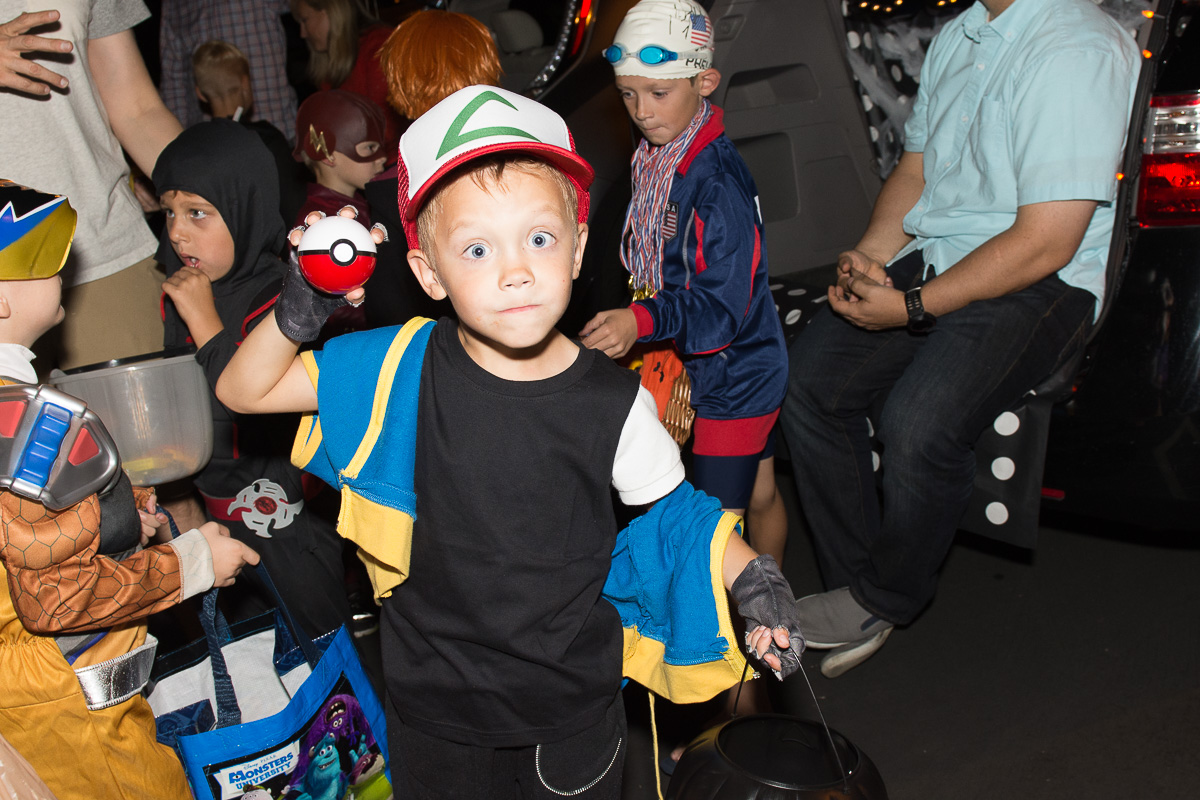 Blake made it through the loop of trunks in record time, so he took over his dad’s job of passing out candy. 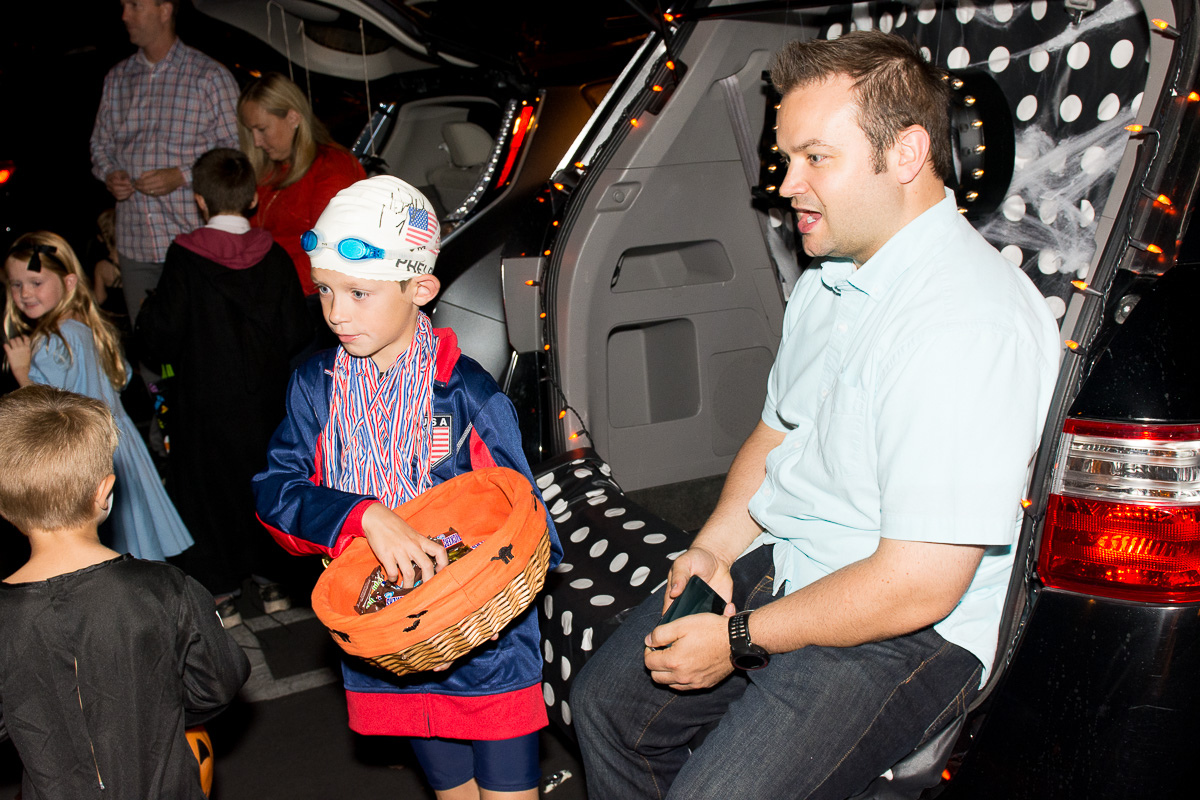 At one point he realized that he was accidentally passing out the candy he had worked to accumulate. He hid in the car, devastated that his loot had vanished. I finally convinced him that he could go around and collect candy again, but not after reassuring him multiple times that he wasn’t breaking any trunk or treat rules. 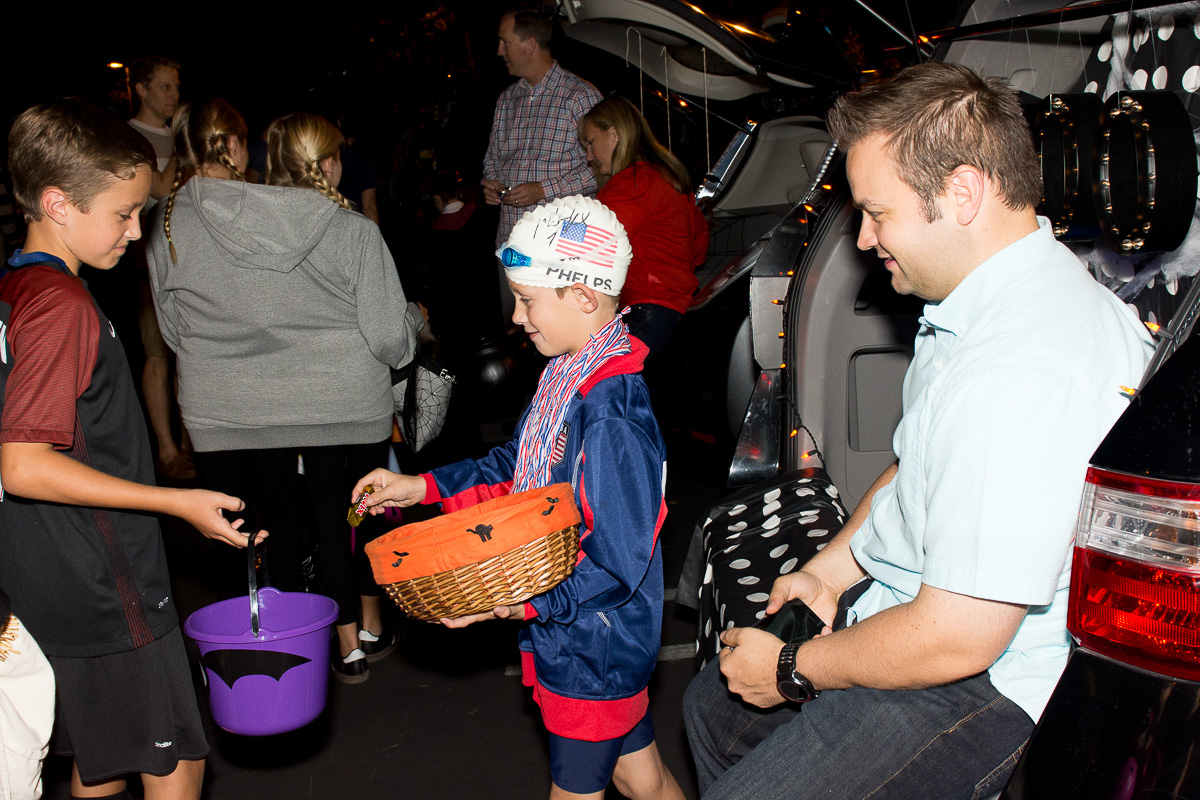 Crew and Finn loaded up on candy. 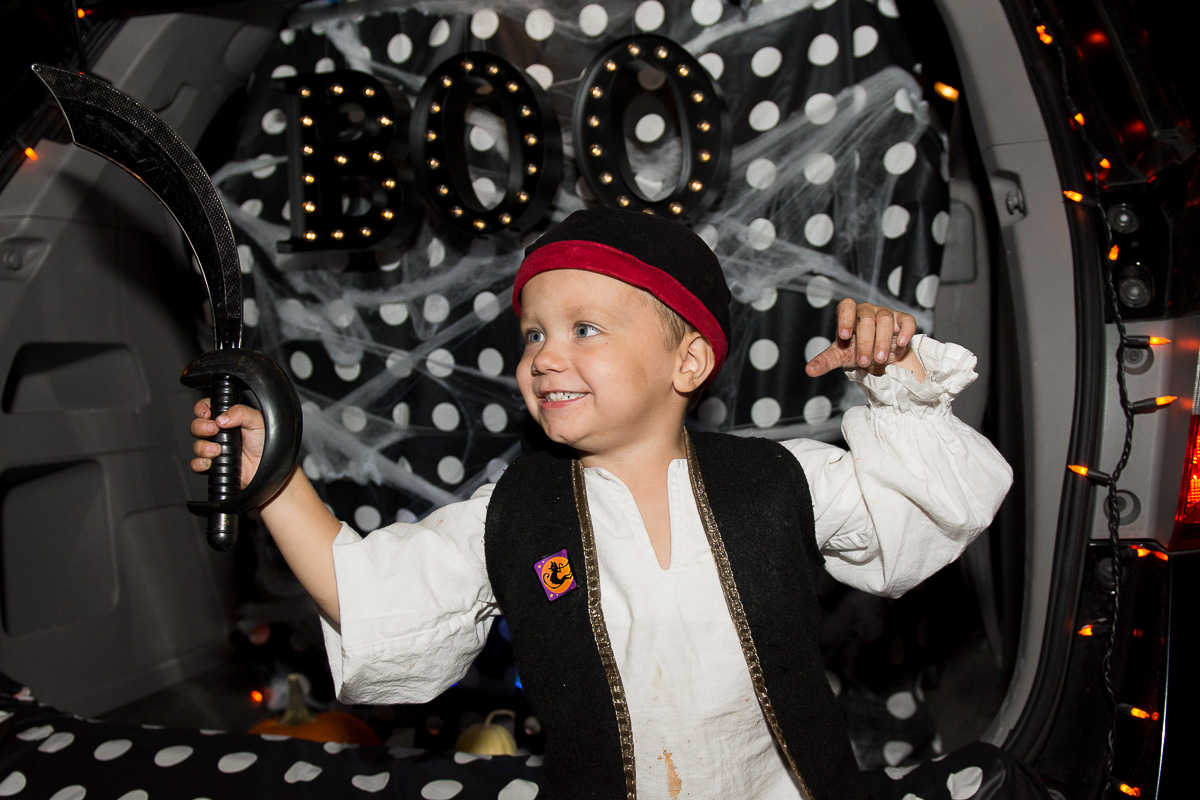 Once they reached a sugar comatose we called it a night. 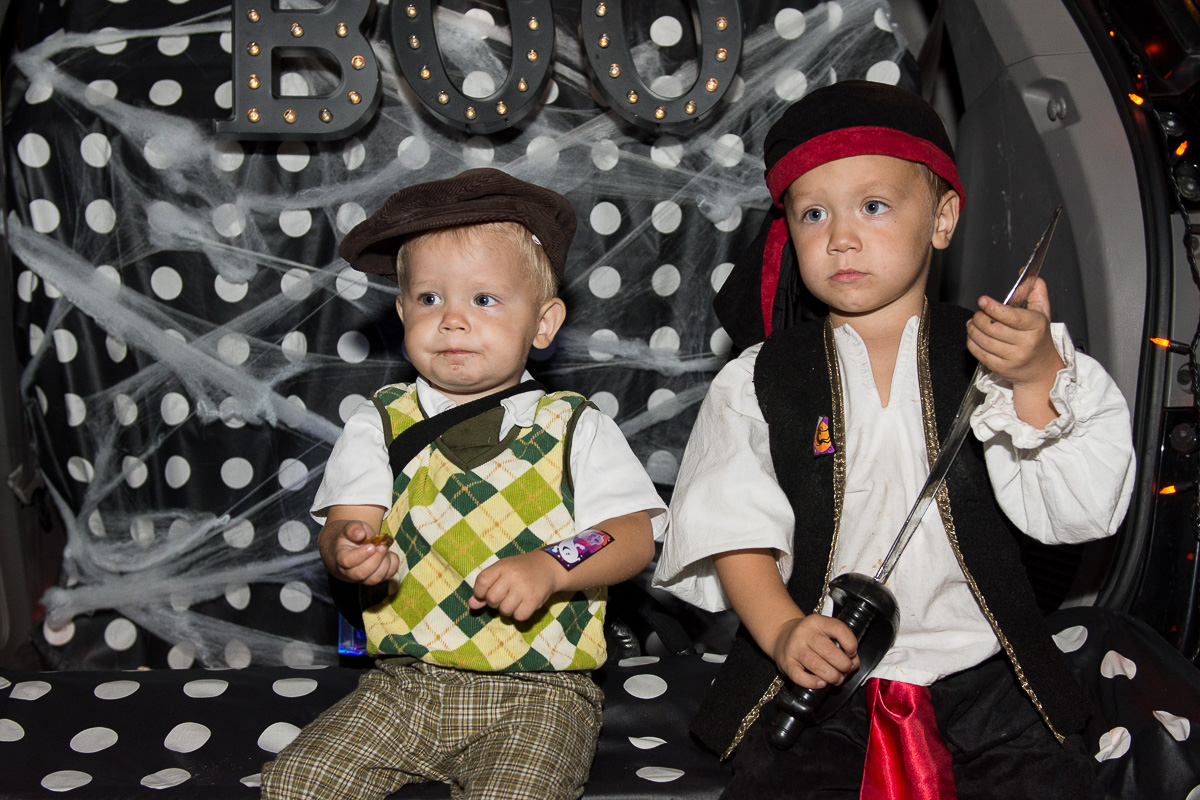 A few days later, we put on costumes once again to hit the neighborhood for trick-or-treating. 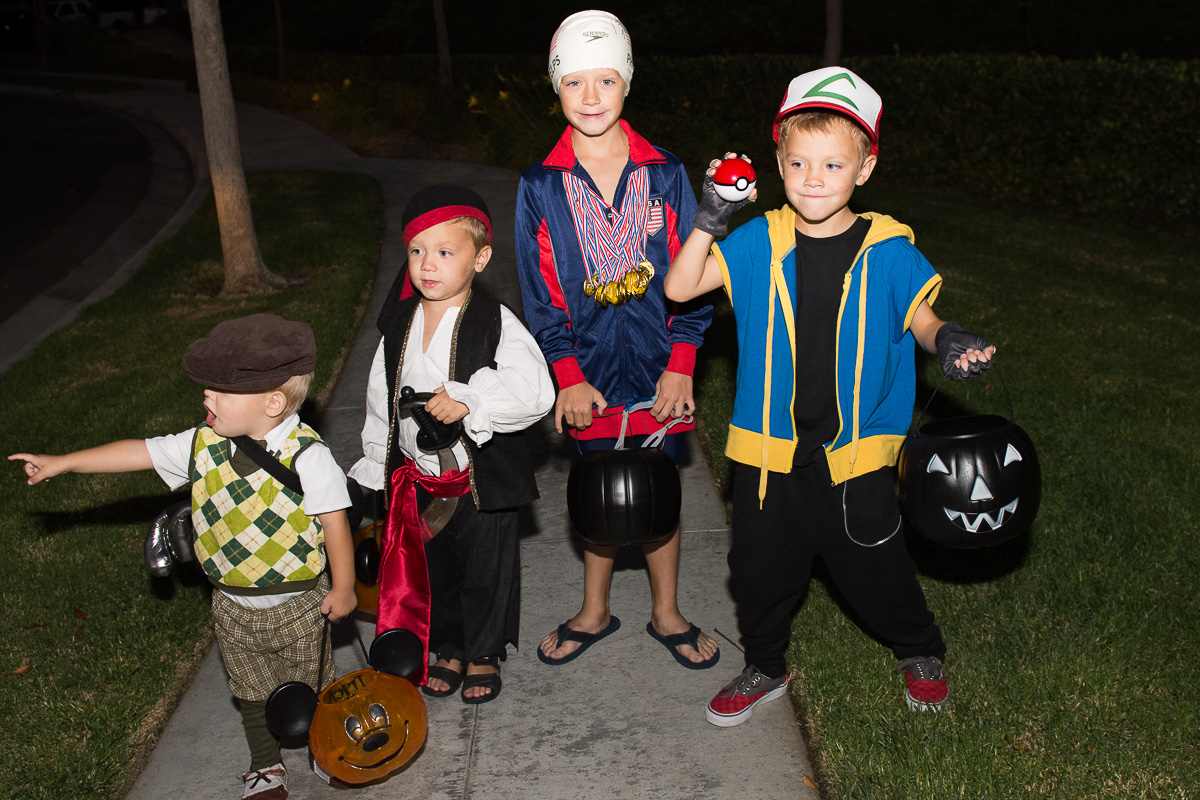 It still amazes me that we can walk around in shorts and short sleeves on Halloween. 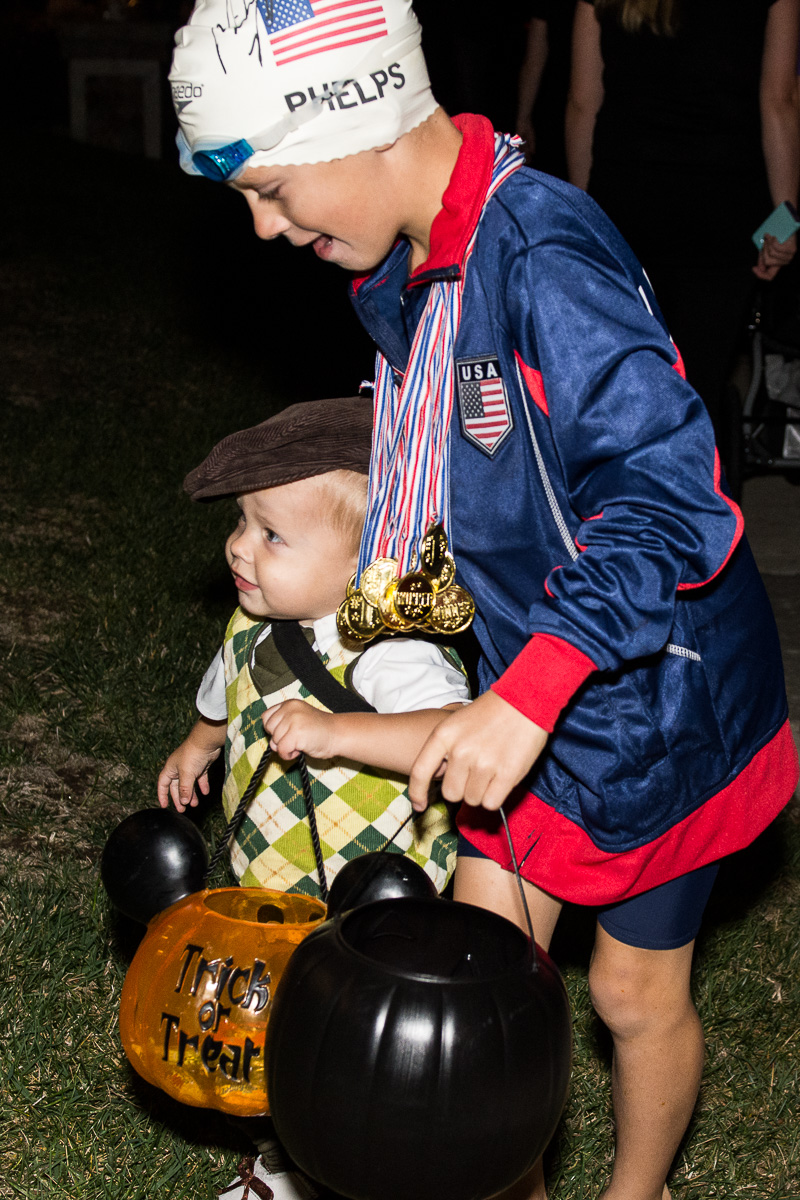 Finn didn’t understand when some people weren’t home. He knocked and knocked until we eventually pulled him away, tears filling his eyes. 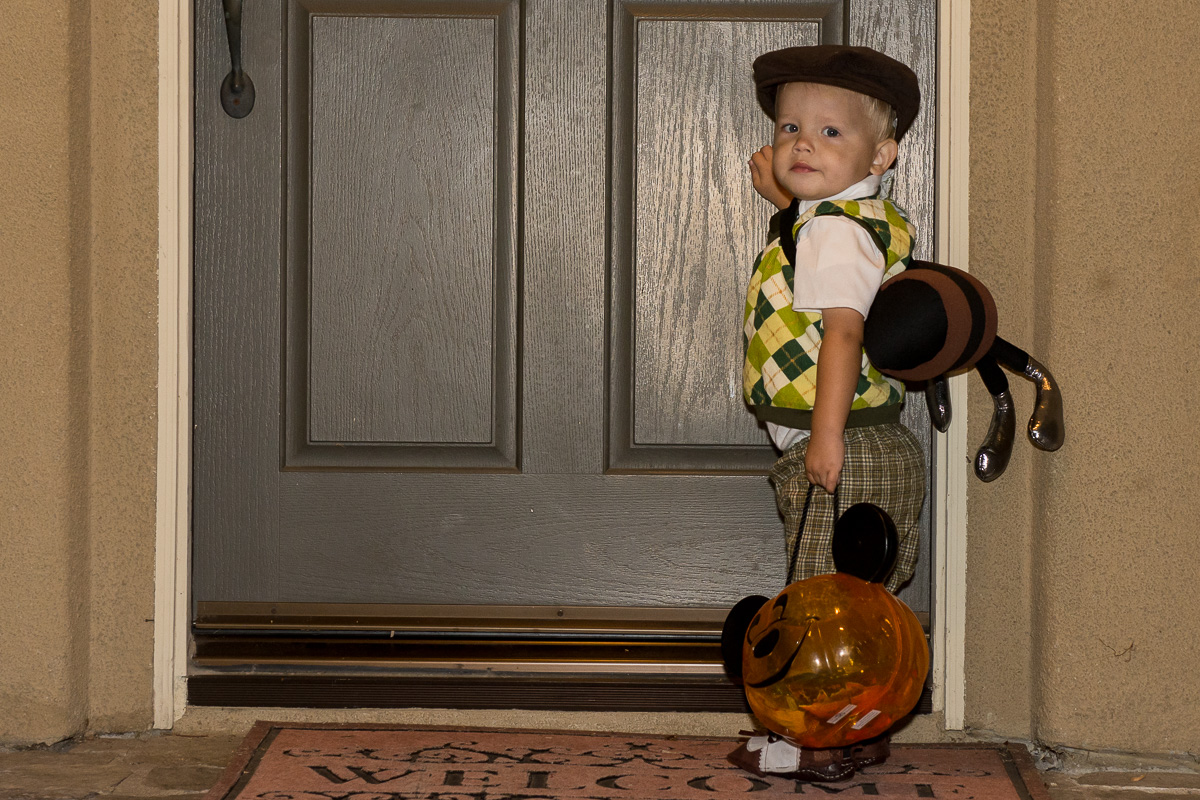 After collecting more candy than we could ever possibly need, we drove to an infamous street in our town where each house goes all out. One house is transformed into the Cinderella story with an illuminated glass stairway, a larger-than-life carriage, characters to meet and greet and a fairy godmother passing out candy. There are also several haunted houses, a house that passes out fresh scones and a house that charges admission for a ride you can go on.

But our favorite house is the pirate house. Photos don’t give it quite the same effect as being there live and experiencing the music, the fog machines and the animated pirate skeletons. You walk through multiple rooms that make it feel like you are on Pirates of the Caribbean at Disneyland. You obtain candy in the courtyard. And then at the very end, you walk by a gigantic pirate ship where lights are flashing, music is blaring, cannons are booming and gusts of wind are blowing. 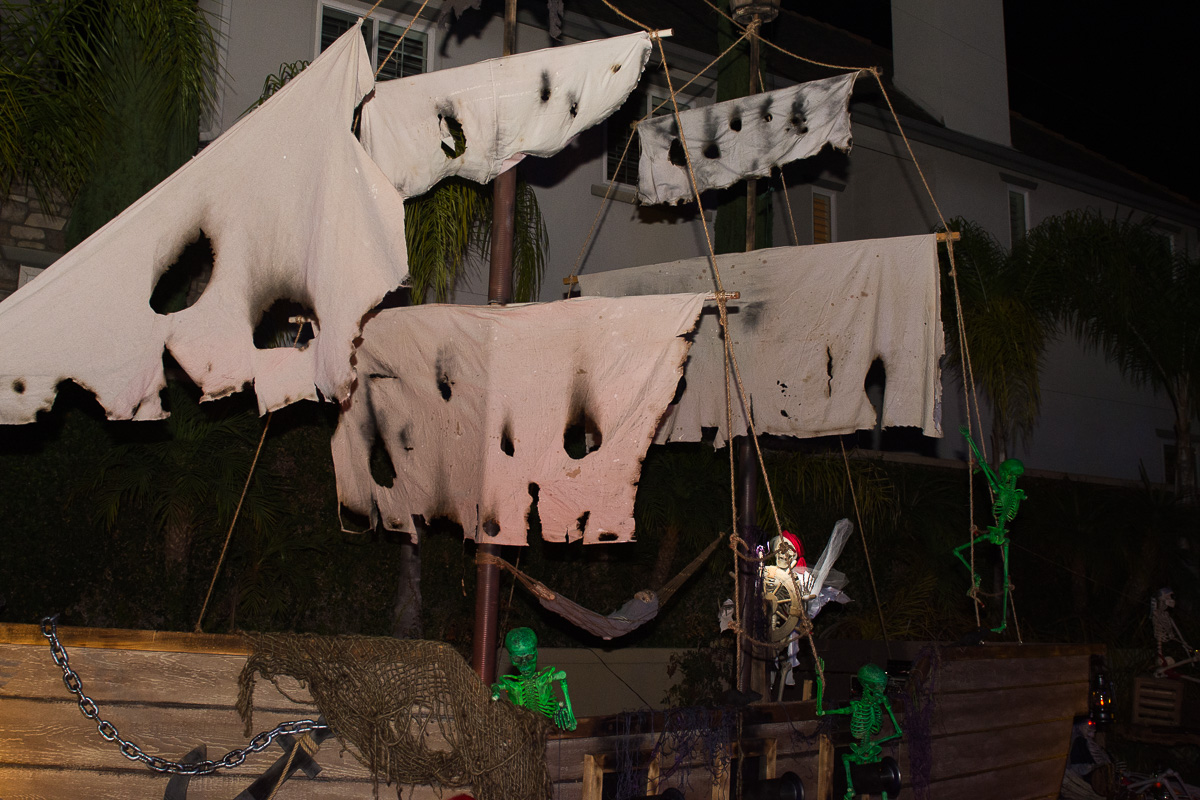 There is always a line to get in, but it is absolutely worth the wait. We went through the pirate house twice this year. Blake is involved in swim team and scouts with the family that lives in the house so it makes it extra fun to marvel at their hard work. 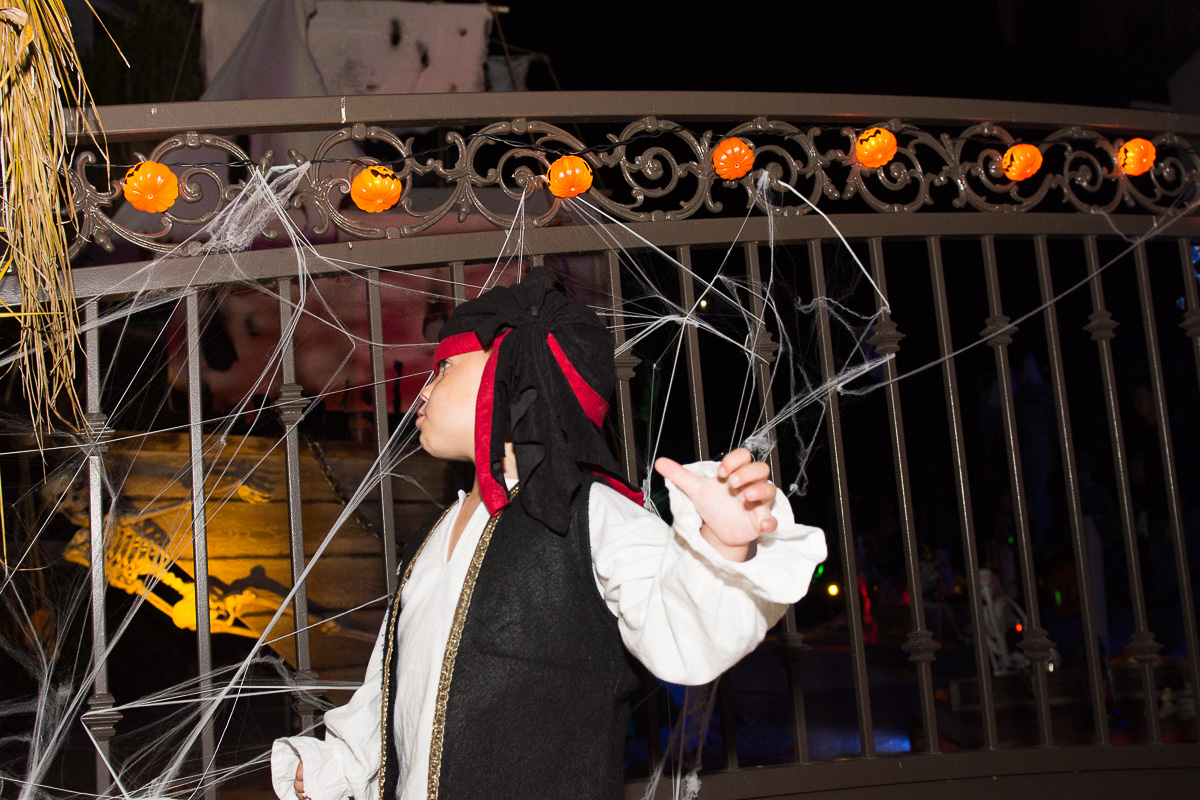 We made sure to wait and carve the pumpkins on Halloween this year because we learned the hard way last year that they will rot in the October heat. 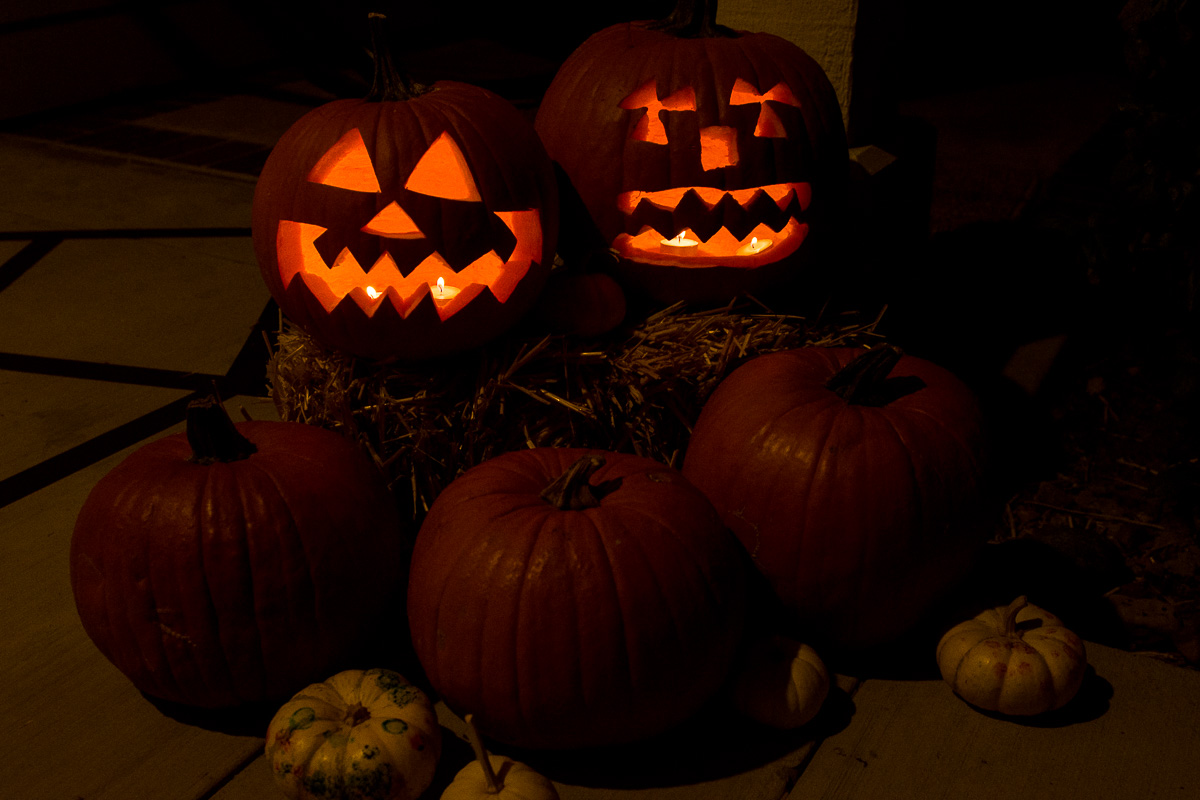 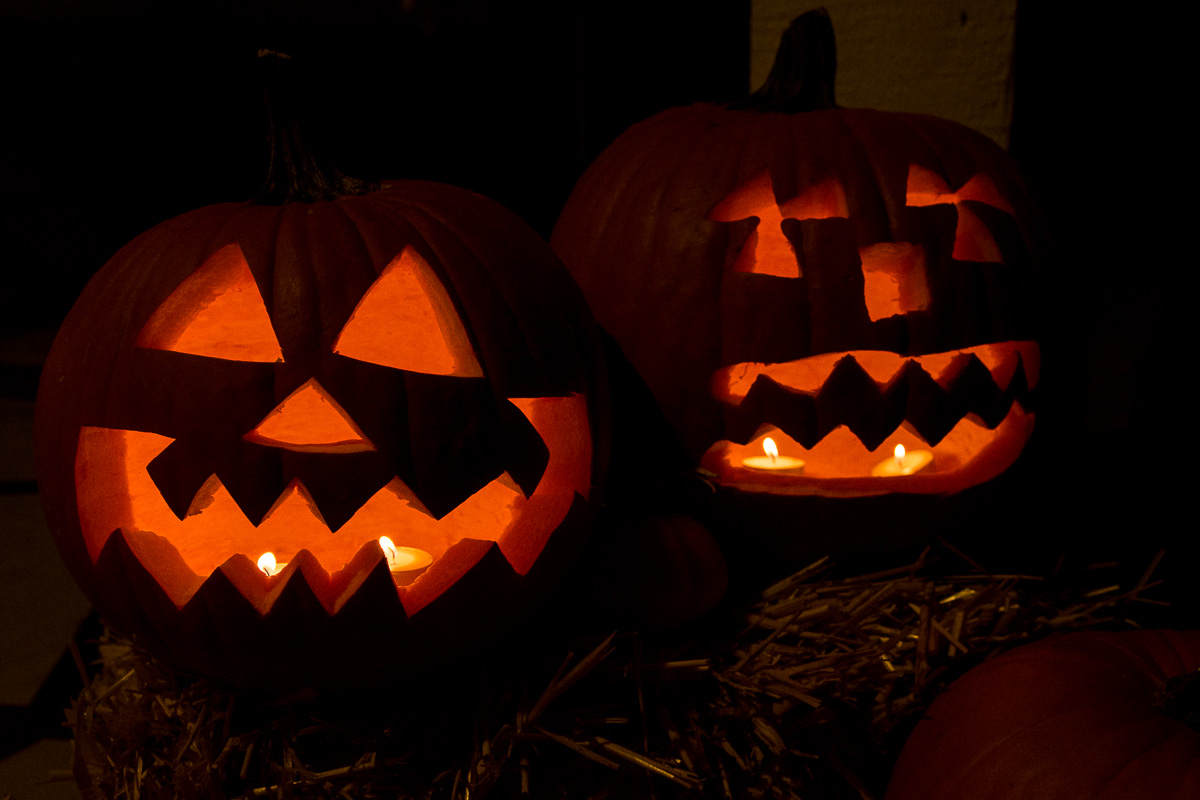 Three days after the hype of Halloween died down, I let the boys each pick out ten pieces of candy they wanted to keep. Then, we loaded up all of the rest and took it to the pediatric dentist’s office. The boys earned one dollar for each pound of candy they donated and the candy was shipped off to soldiers.

We packed away all of the outdoor decorations, chucked the pumpkins, placed the costumes in the costume bin and it looked like Halloween never happened. I love the events and anticipation that are connected with Halloween and I love it just as much when it is all over. 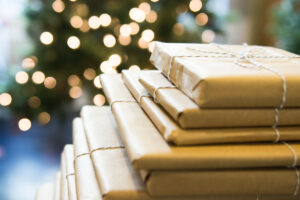 December Madness and Our Favorite Tradition 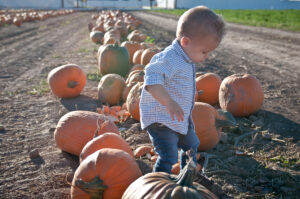