We had a travel credit to use up before the end of 2016, so we decided to apply it towards a night at a “fancy” hotel. We stopped at The Palazzo in Las Vegas on our way to Utah for Christmas. The boys had never experienced that kind of luxury before and they were so excited about everything from the grand lobby to the elevators to the winding hallways.

We rolled into the hotel somewhere around 10pm and everyone was too excited to settle down and go to bed. The boys ran back and forth and back and forth once we got to our room. They rotated between jumping on the beds and perching at the windowsill. They loved looking at the all the lights down below. The crib for Finn wasn’t delivered until after midnight and then sometime around 1am Nash lost a tooth. Needless to say, we didn’t get a lot of sleep. But it was a night the boys won’t forget.

The view in the morning was just as fascinating. The boys were glued to the window. 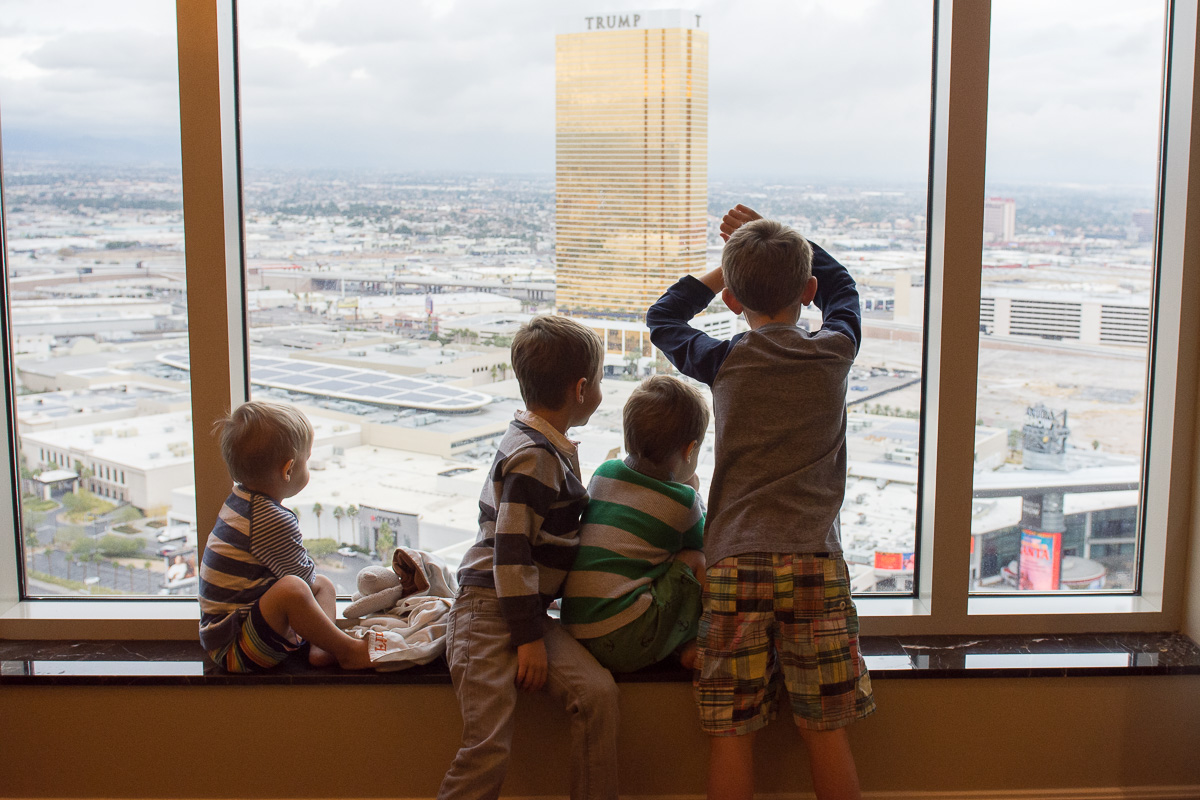 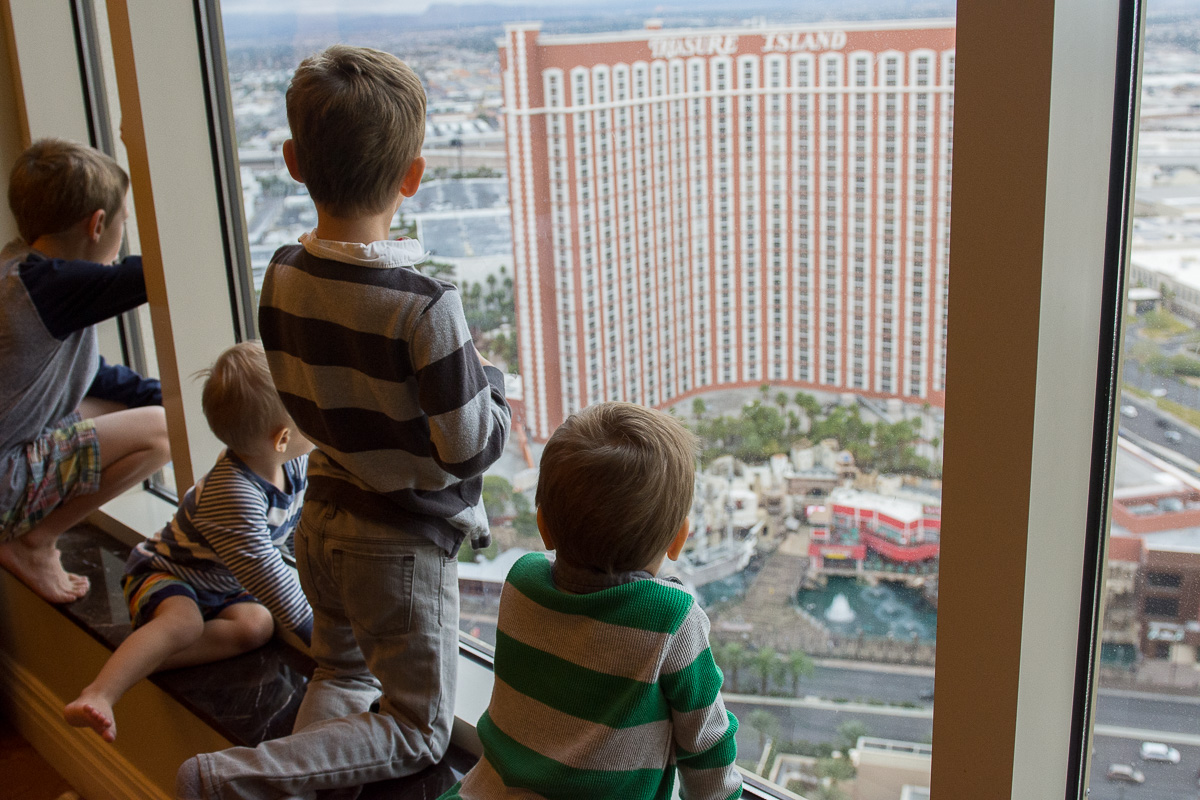 We started out the day by walking through the atrium connecting The Palazzo and The Venetian. We grabbed cinnamon rolls and watched hundreds of visitors take pictures next to the LOVE letters. 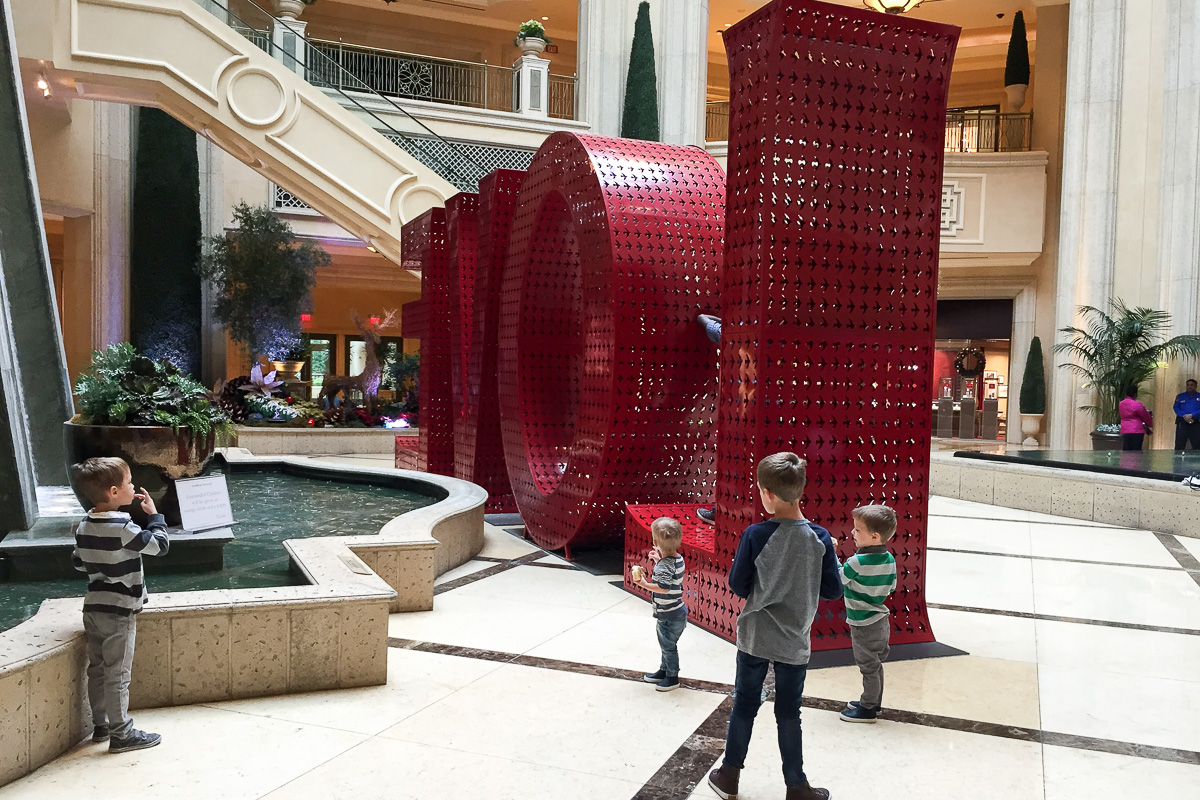 We weren’t in a rush to get on the road and we debated about going to Bellagio to see the holiday display. But the boys looked longingly at the pool outside our window and we decided to let them swim off some energy instead. We figured we better take advantage of such a great amenity while we had the opportunity. 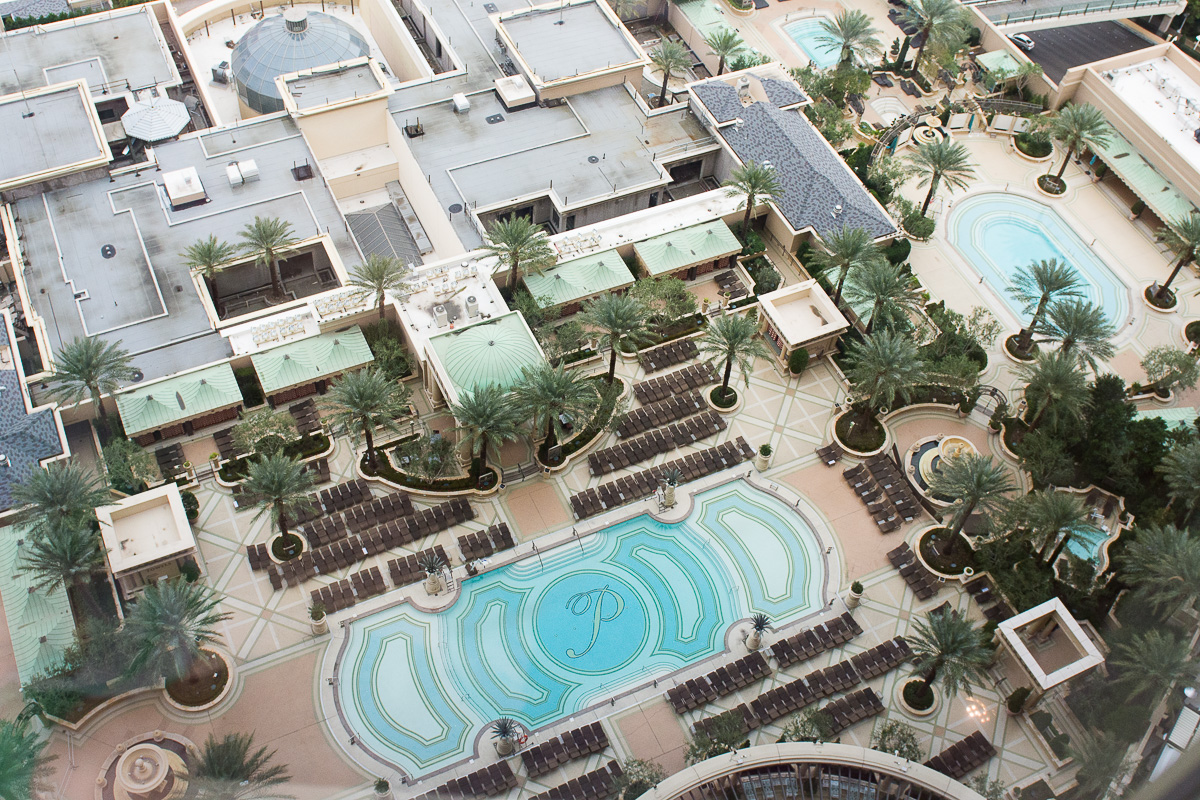 The temperature outside was in the 50s that morning but the pool felt like a hot tub. There was steam coming off the water and the boys dove right in. 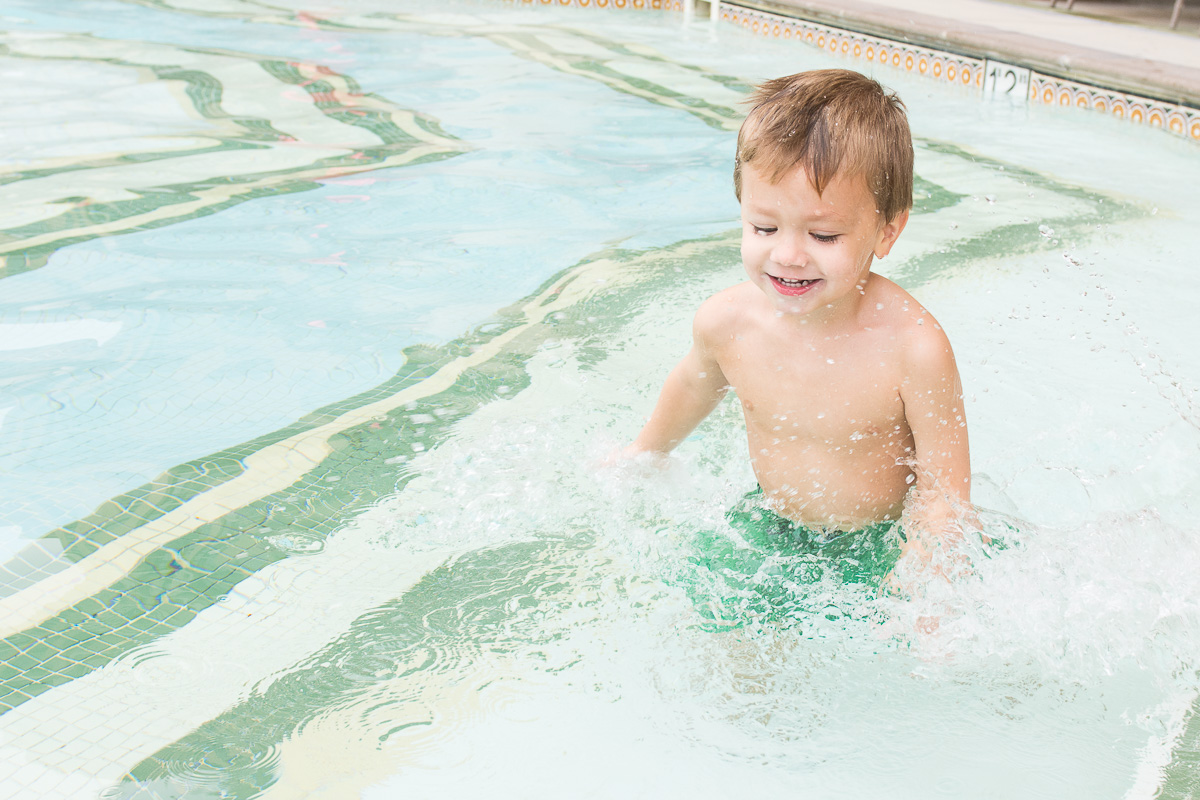 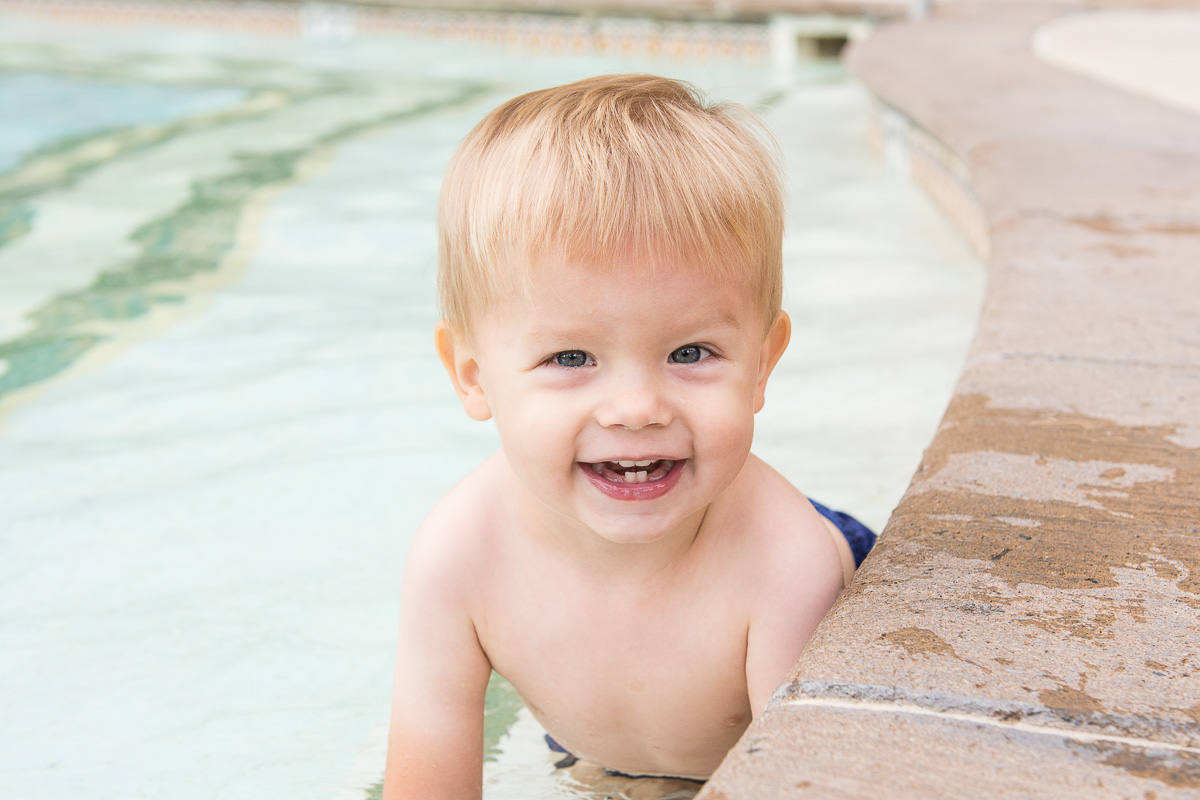 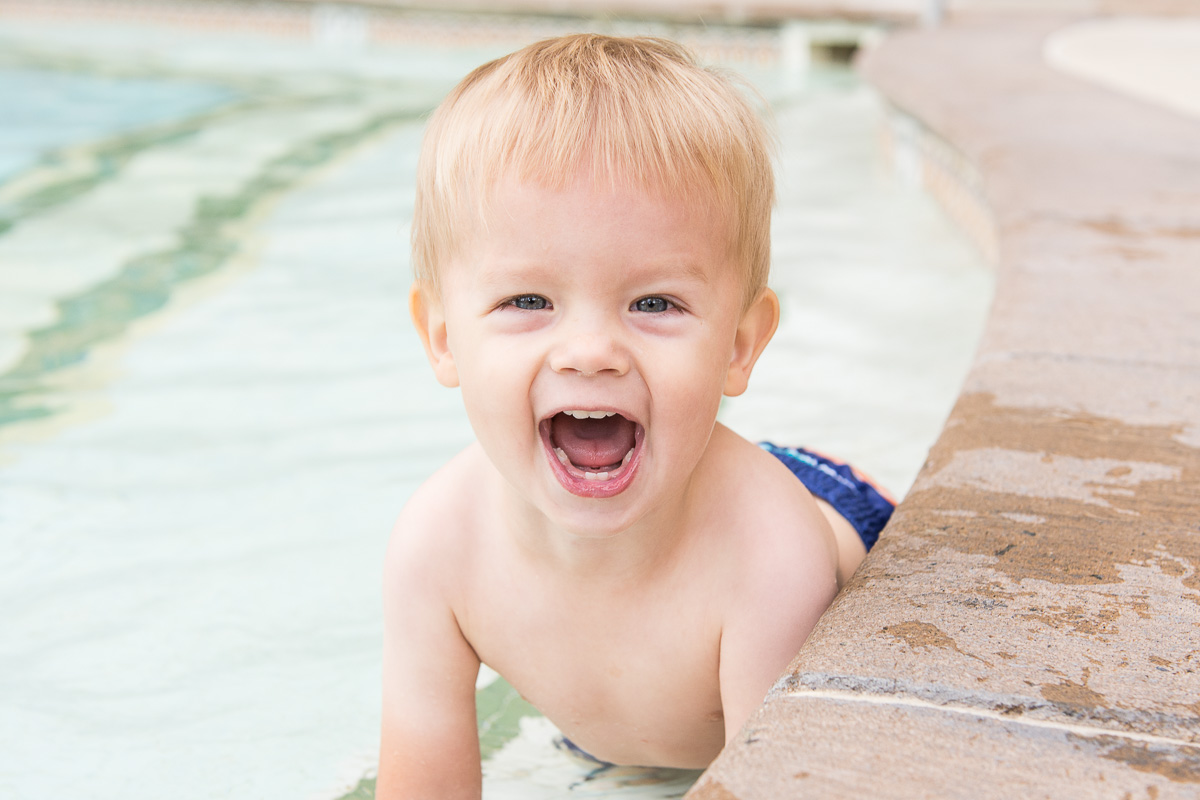 We were the only ones in sight. 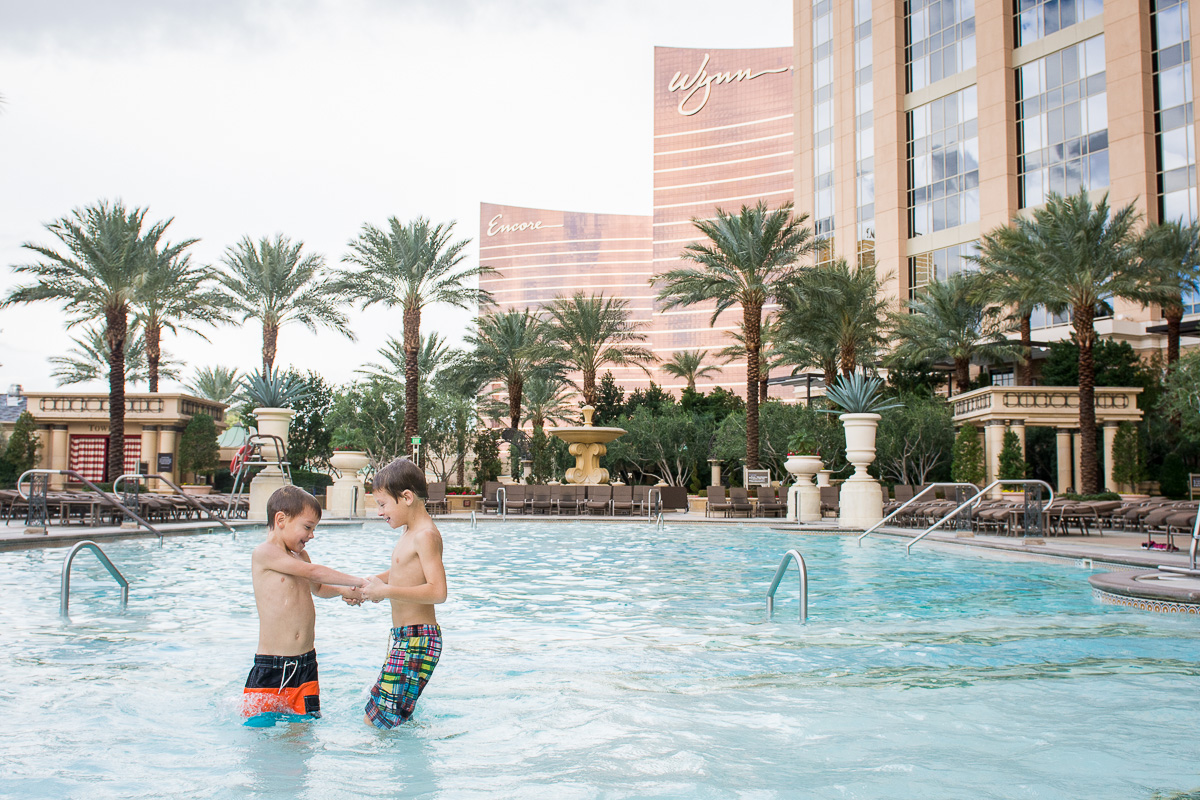 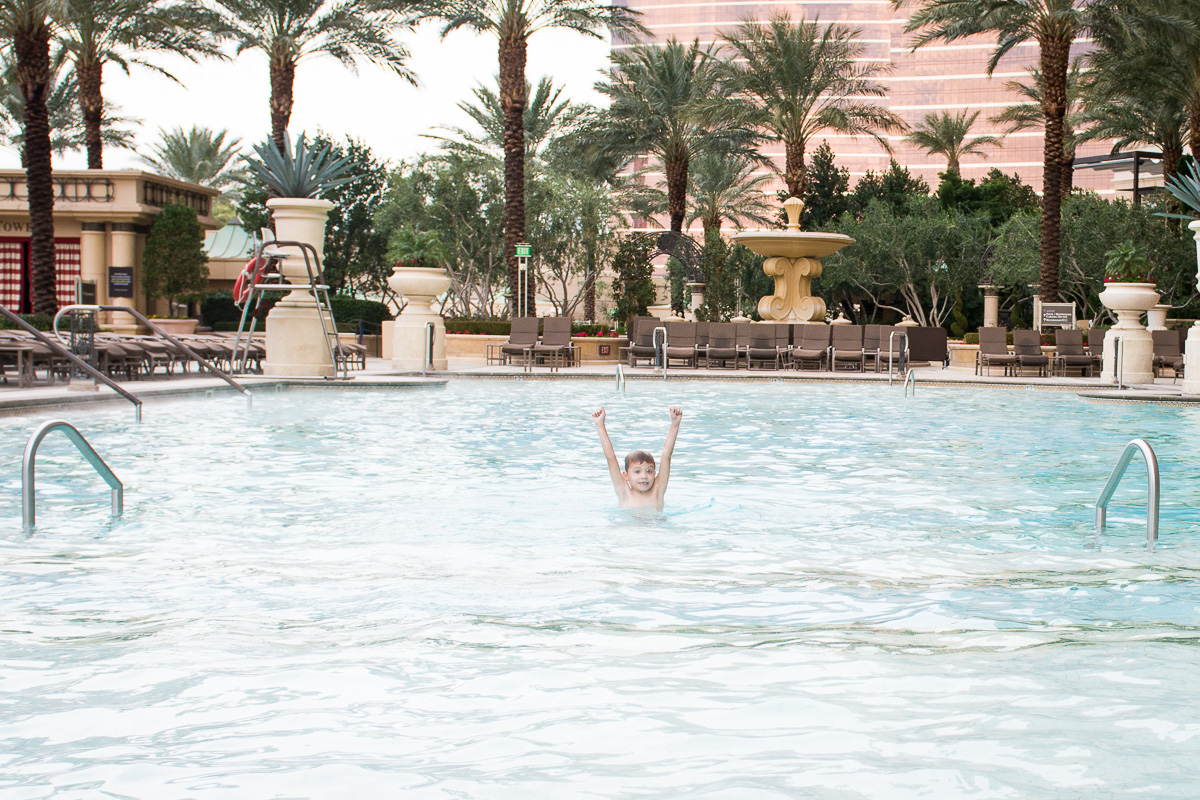 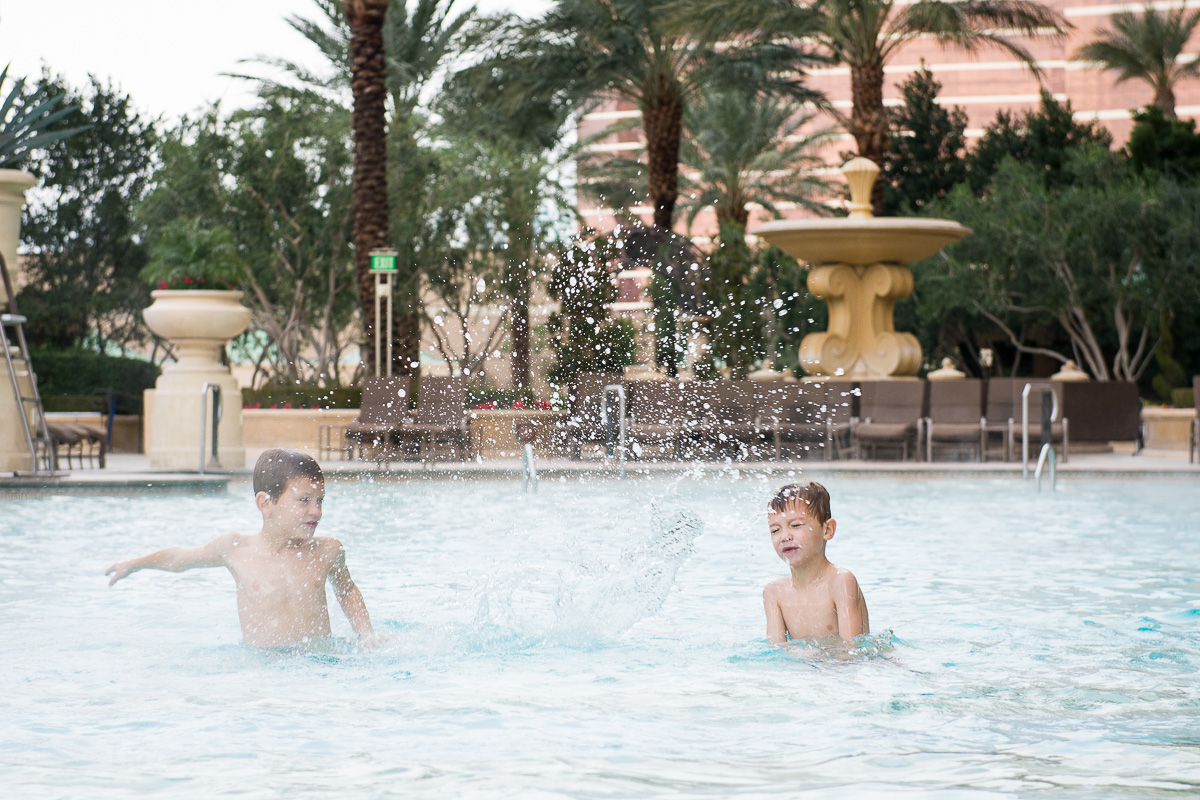 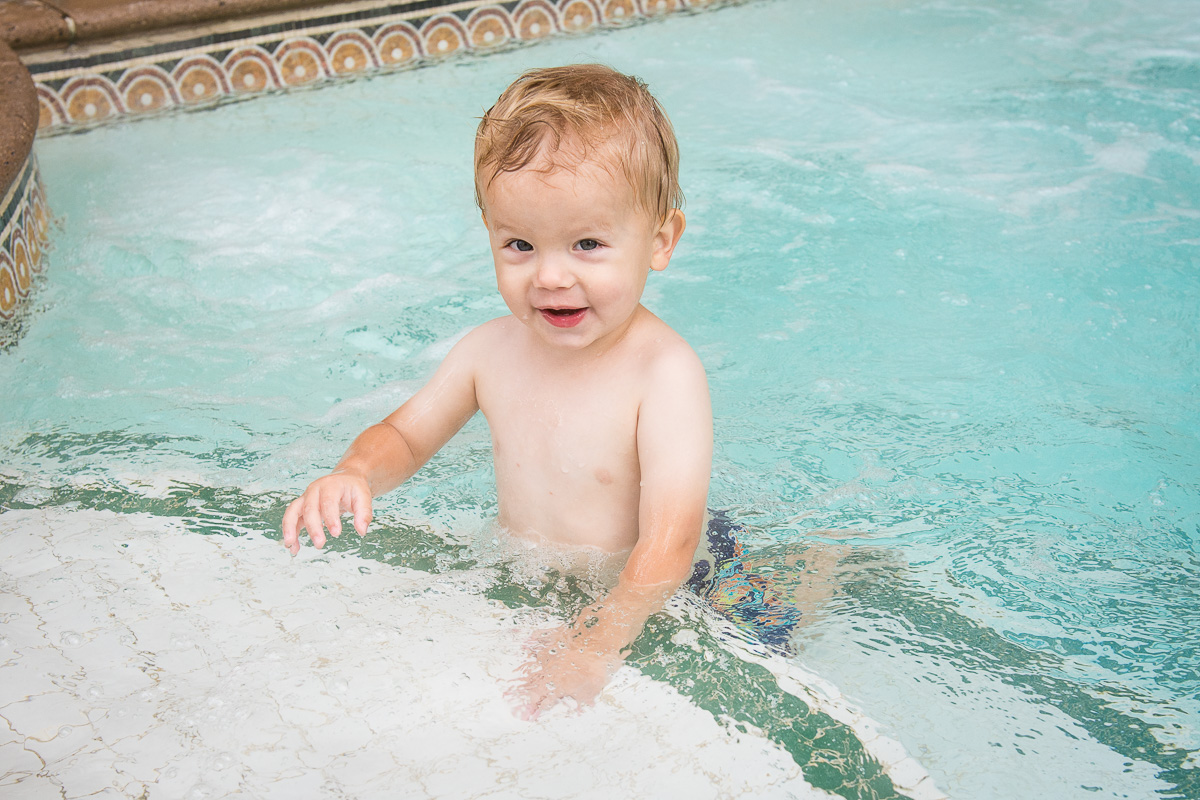 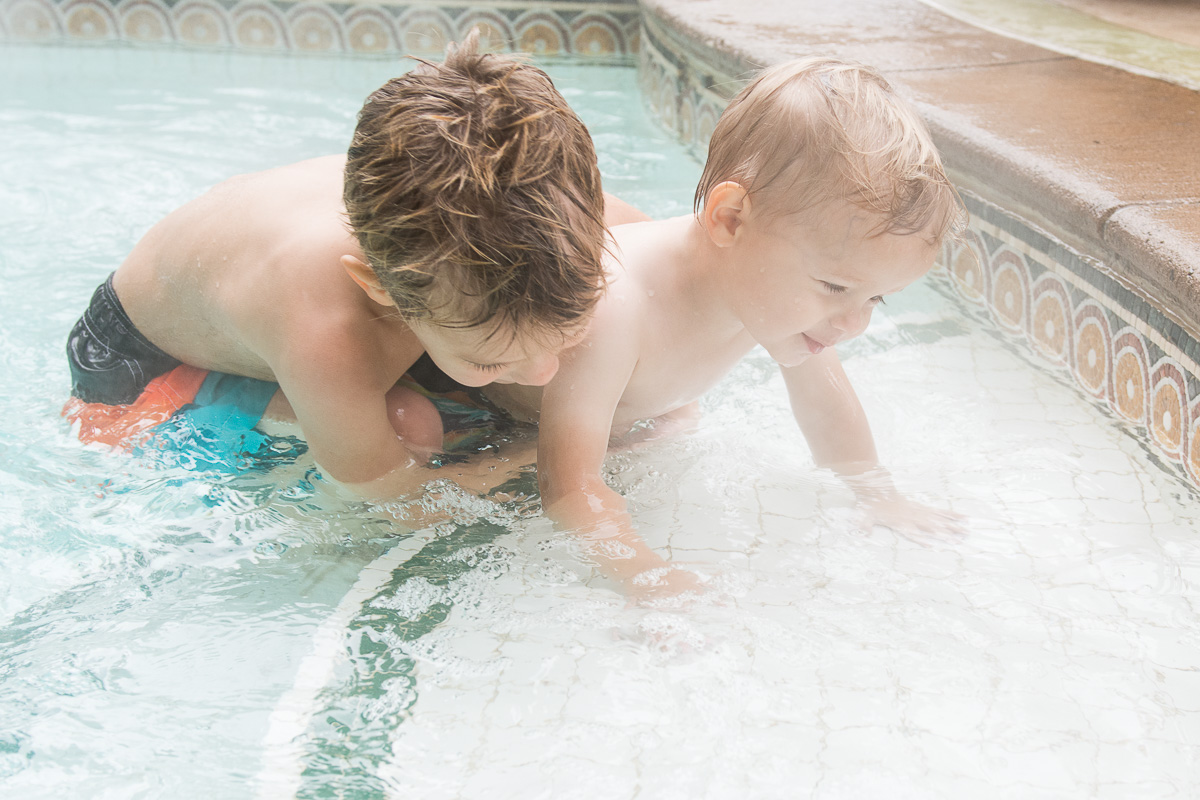 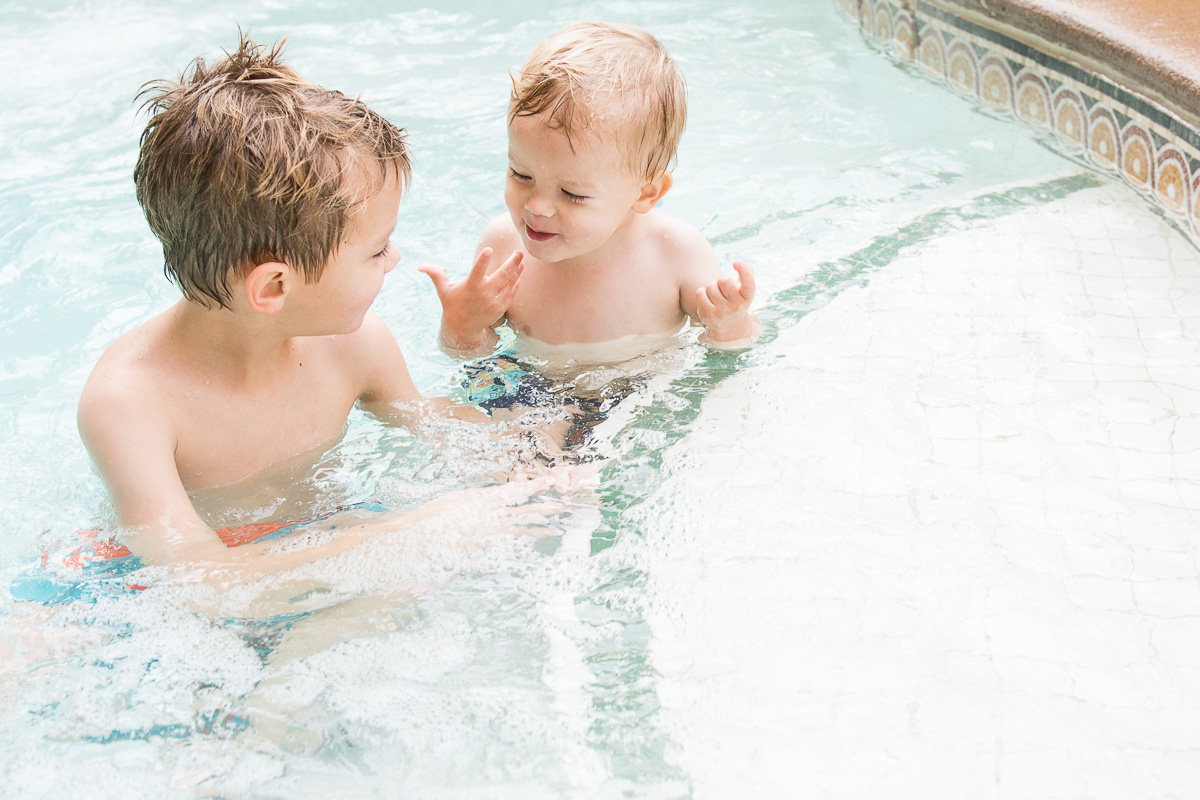 Finn was acting so animated, he was cracking us up. 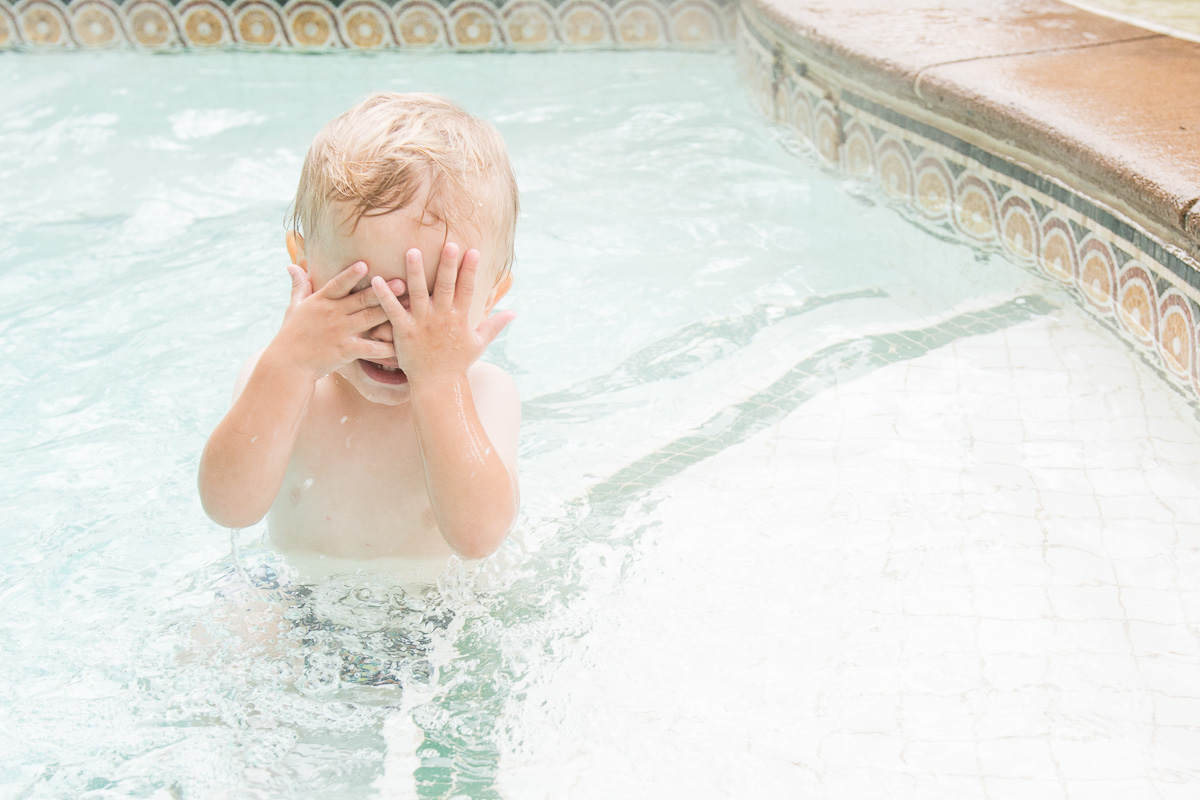 How many more sleeps until Christmas? 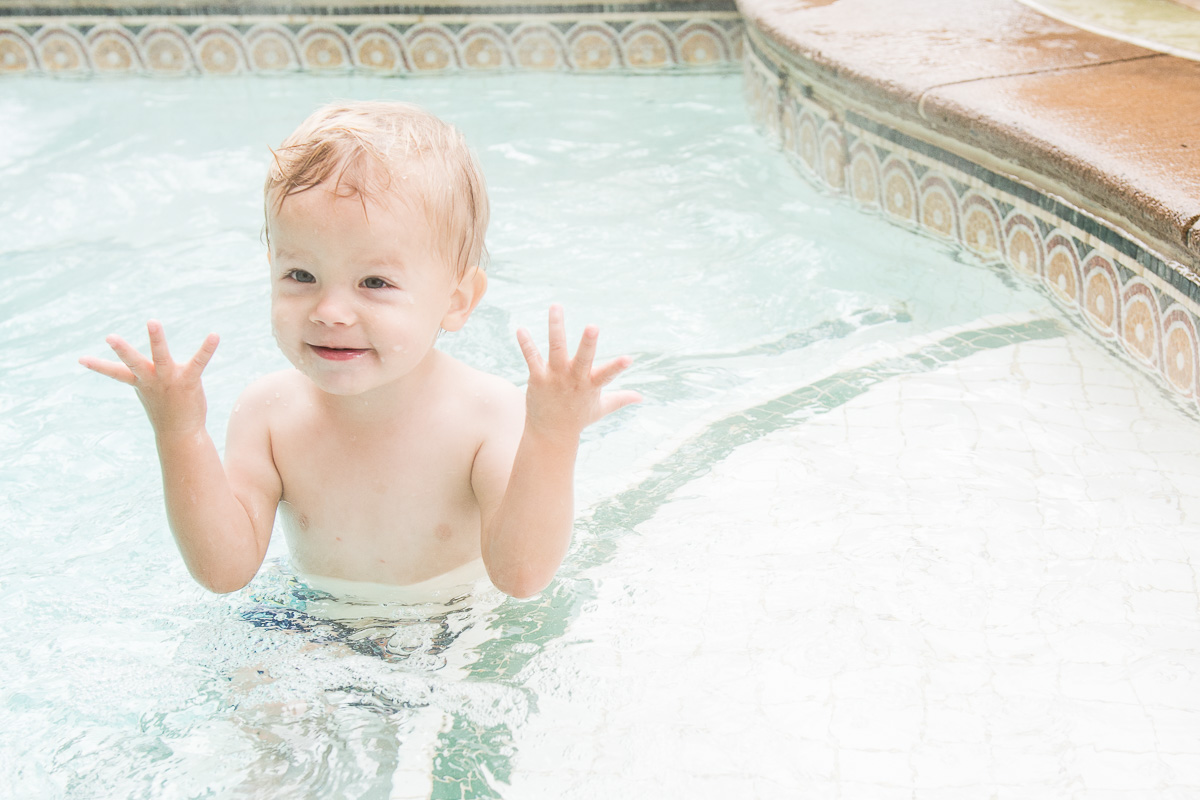 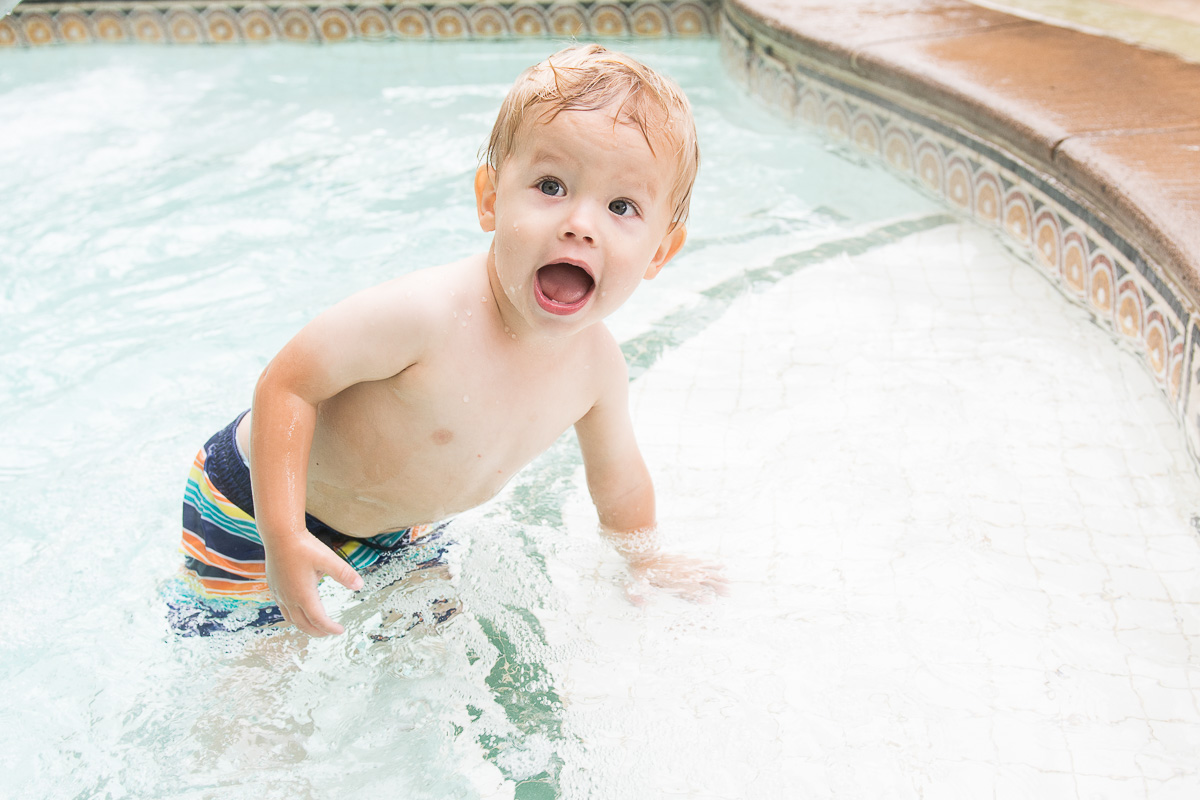 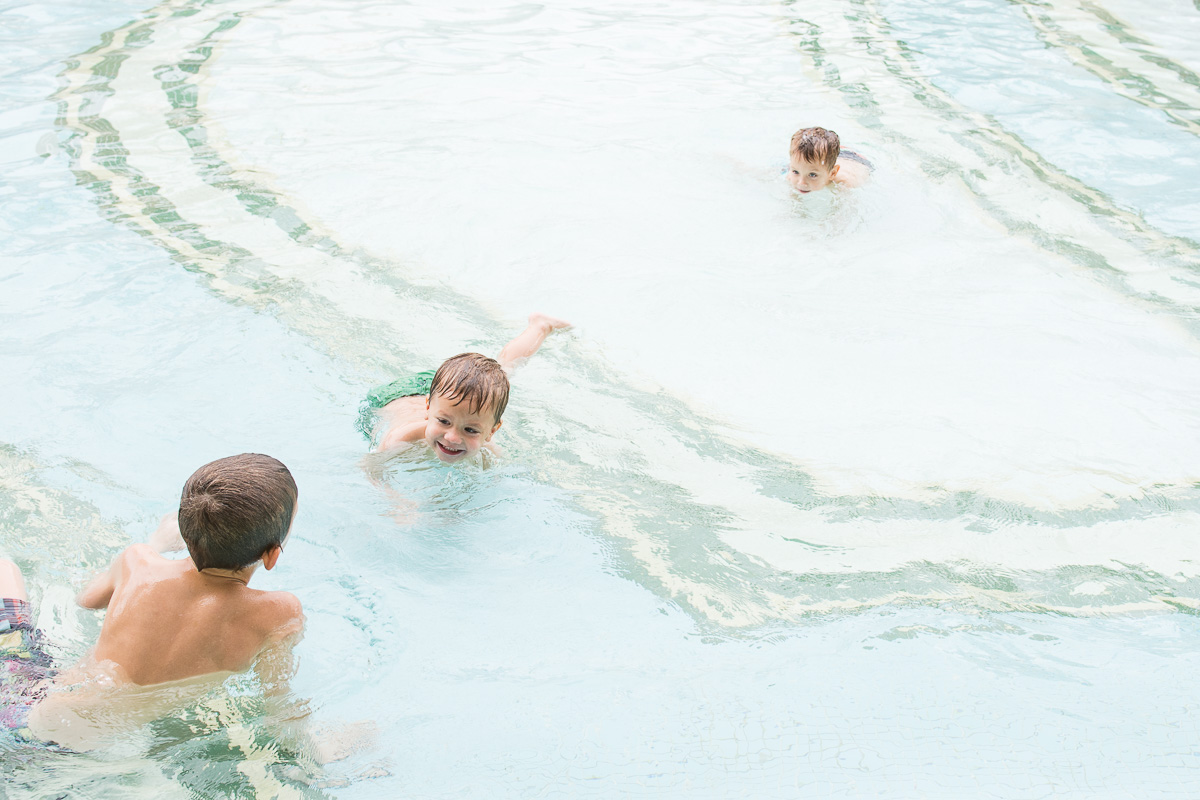 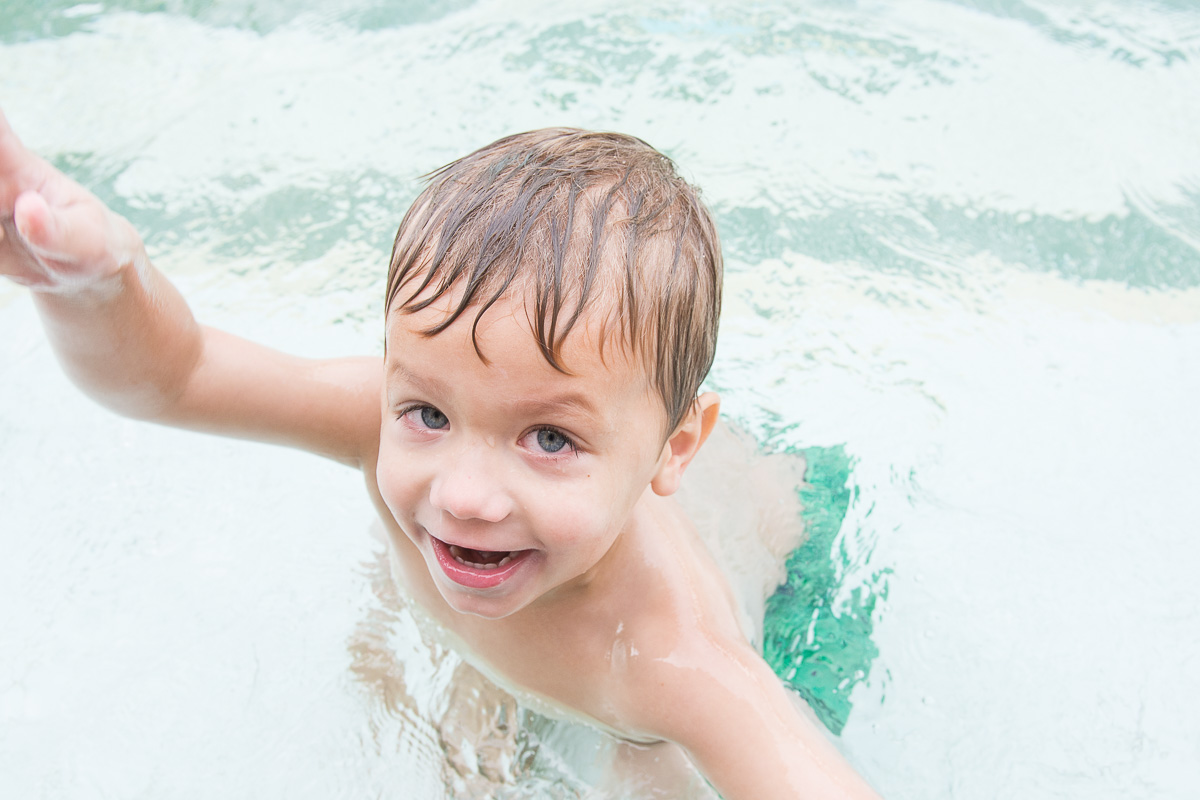 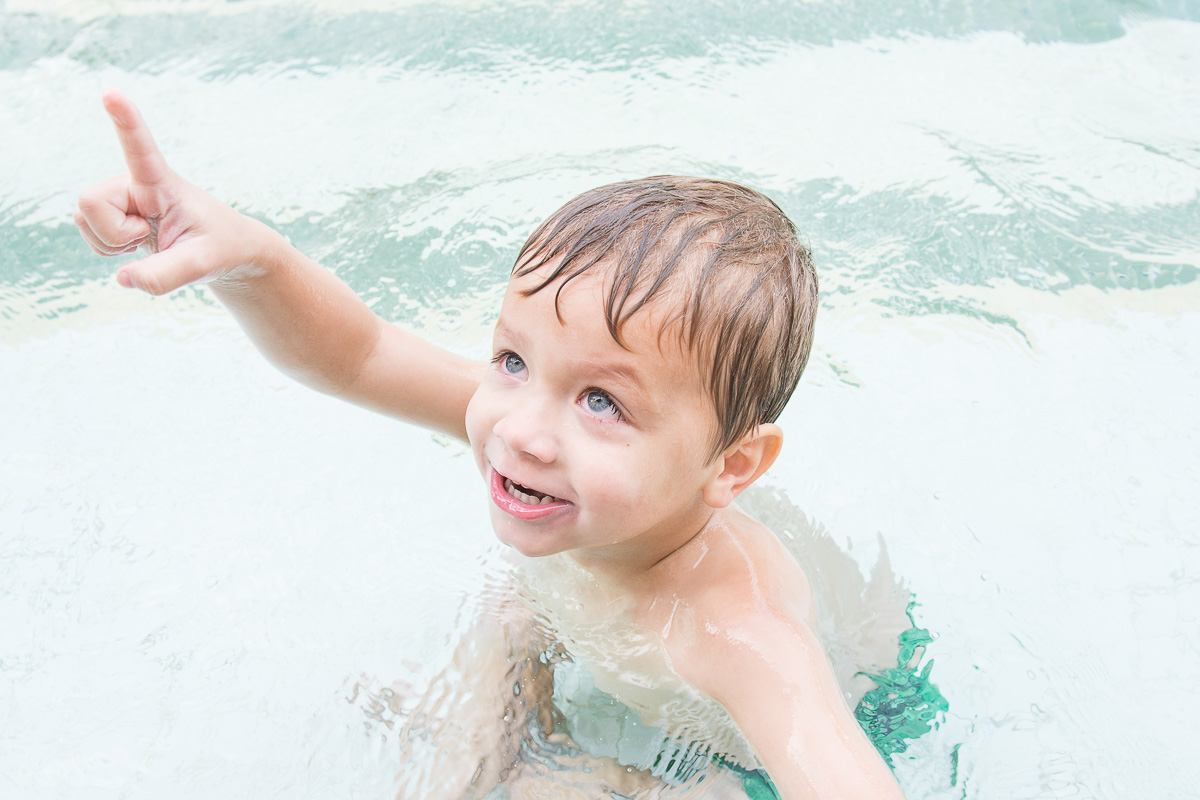 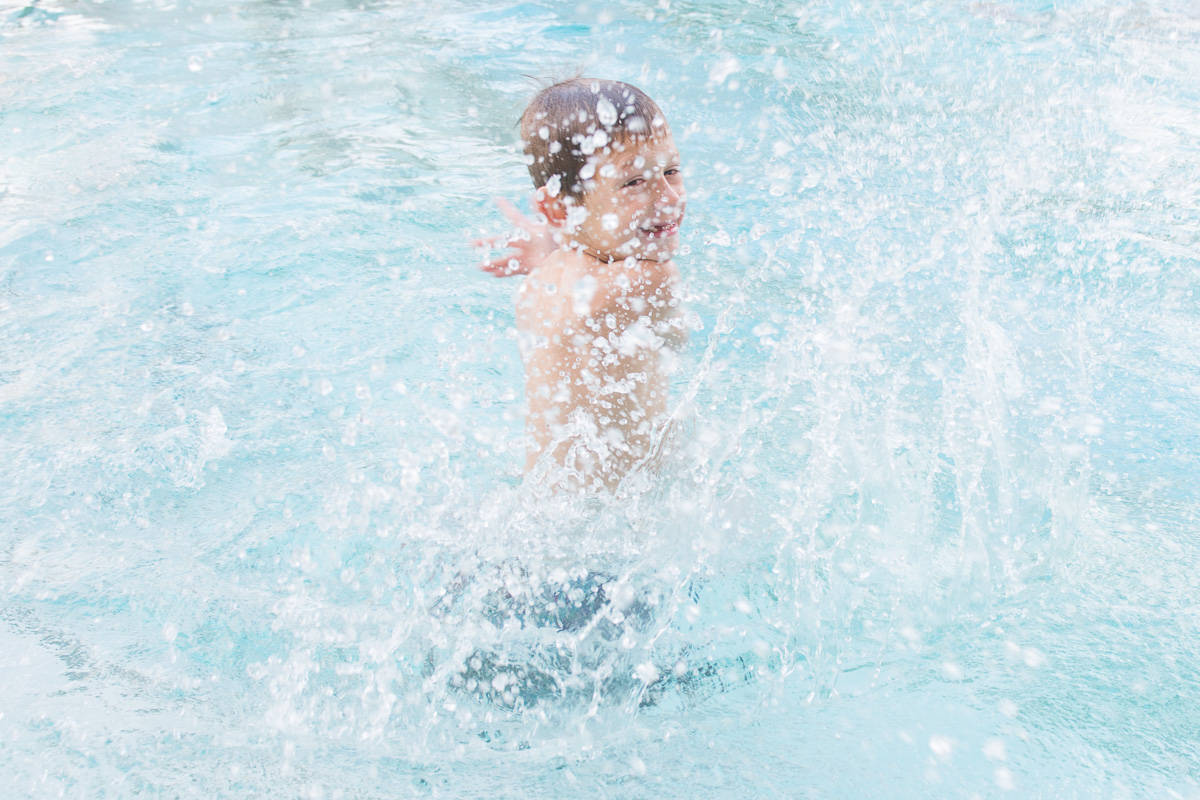 It was so liberating to have a break from riding in the car. As an added bonus, we had lunch at Grimaldi’s Pizza with some of our best friends that live near Vegas before clocking six more hours on the road. I can’t think of a better way to spend Christmas Eve Eve.