The camera in my back pocket captured some winter happenings I don’t want to forget. Let’s just pretend the quality of the photos is better.

Even though it’s nice out all year round, the temperatures drop enough in January that if we look really hard, we can find signs of fall. 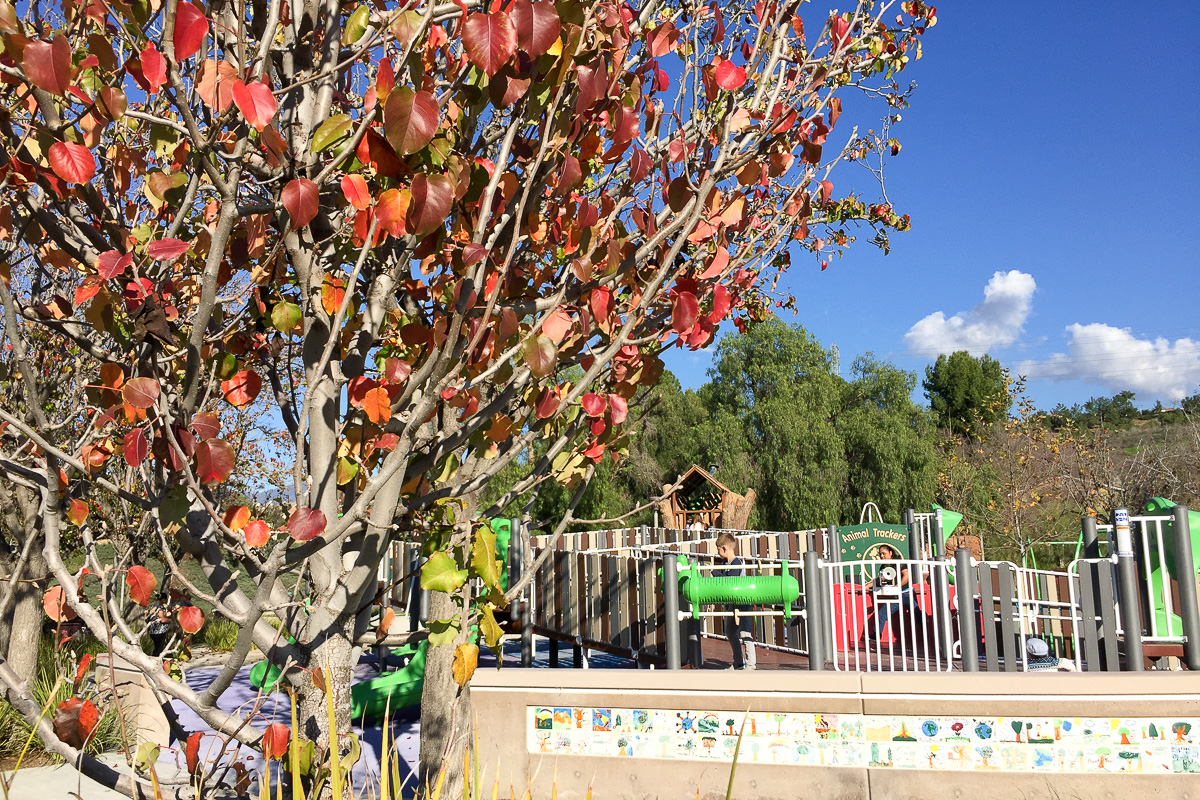 We checked out a new park after haircuts one Saturday afternoon. 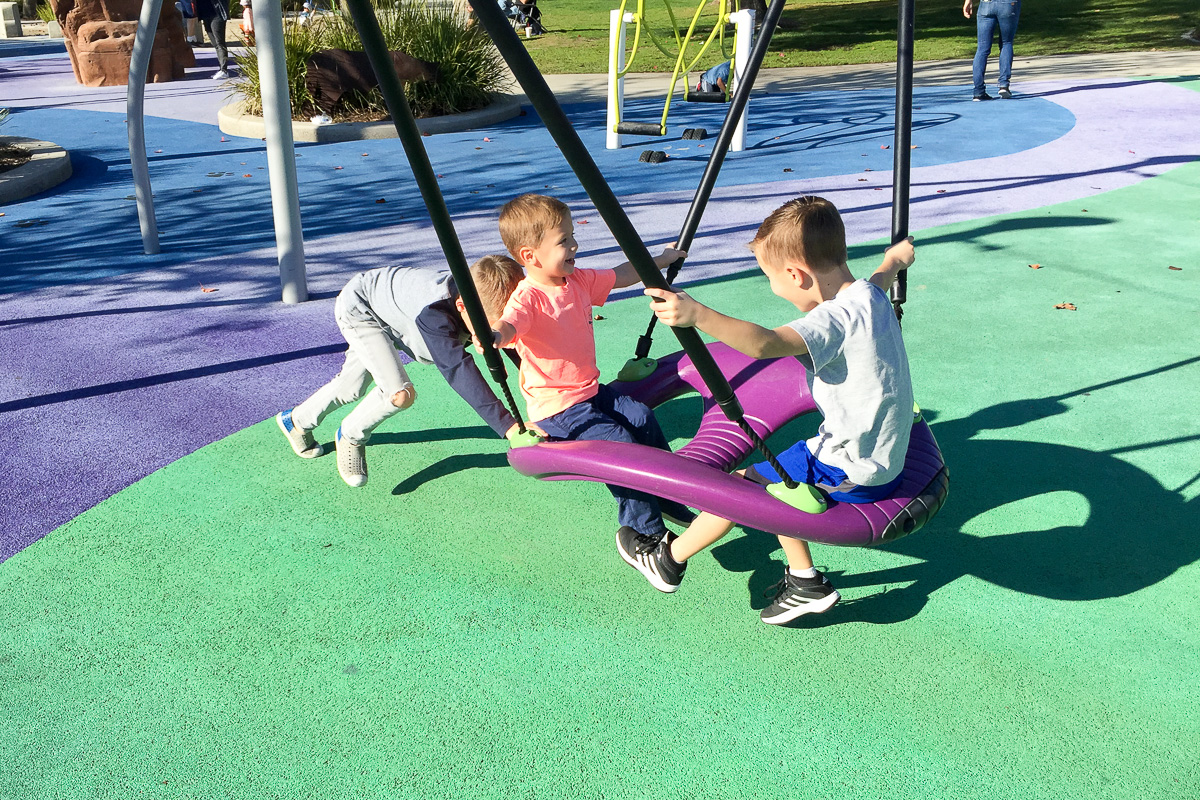 The neighbor girls got motorized scooters for Christmas and the boys love hopping on the back. 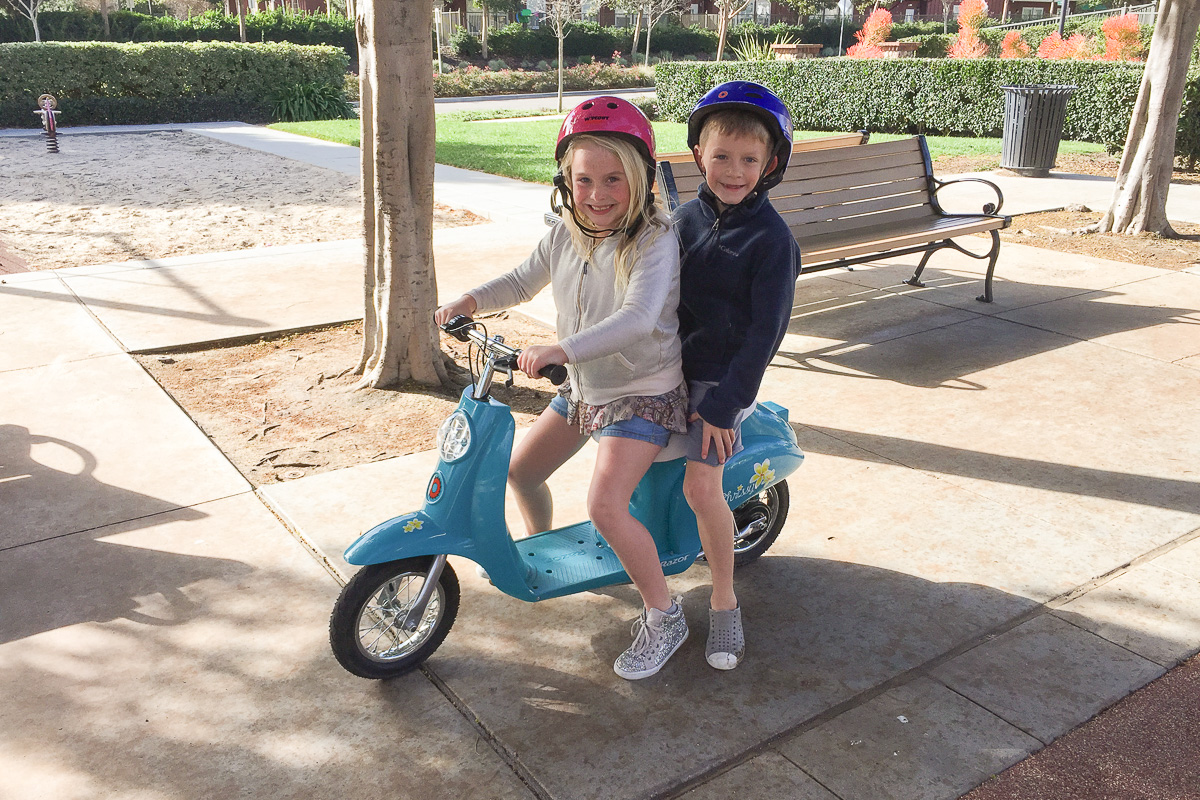 We took a preschool field trip to Trader Joes. 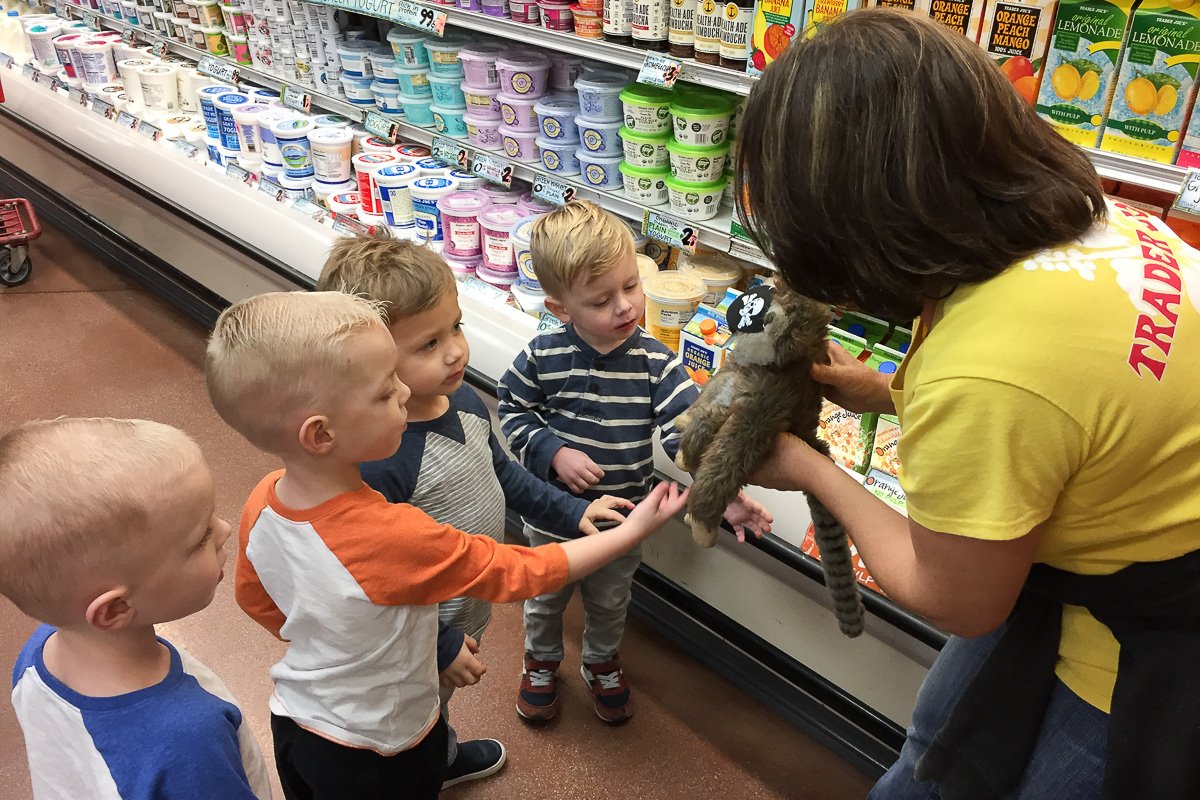 The boys were fascinated with the box crushing machine they let us watch in the back room. 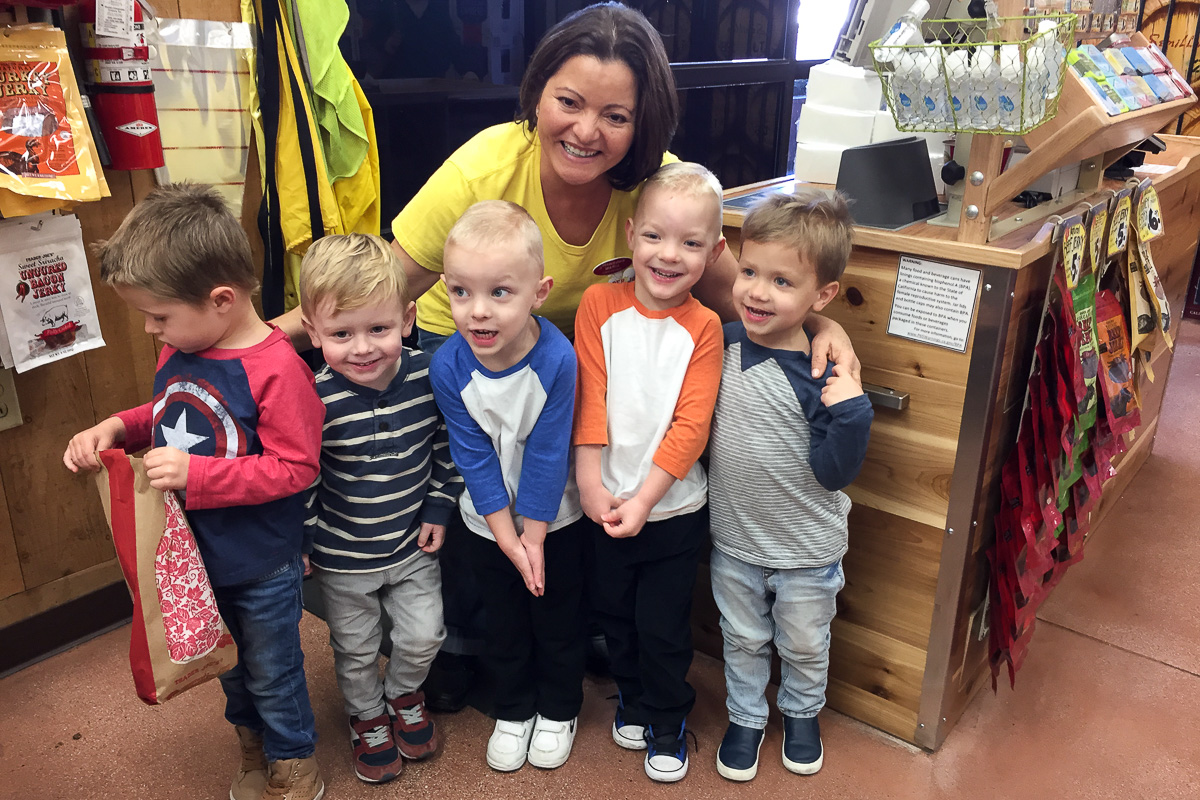 Crew also had a preschool St. Patrick’s Day party which is the only thing we did to celebrate aside from setting out a box of Lucky Charms that later ended up all over the floor. St. Patty’s is one holiday I try to breeze over with minimal effort. 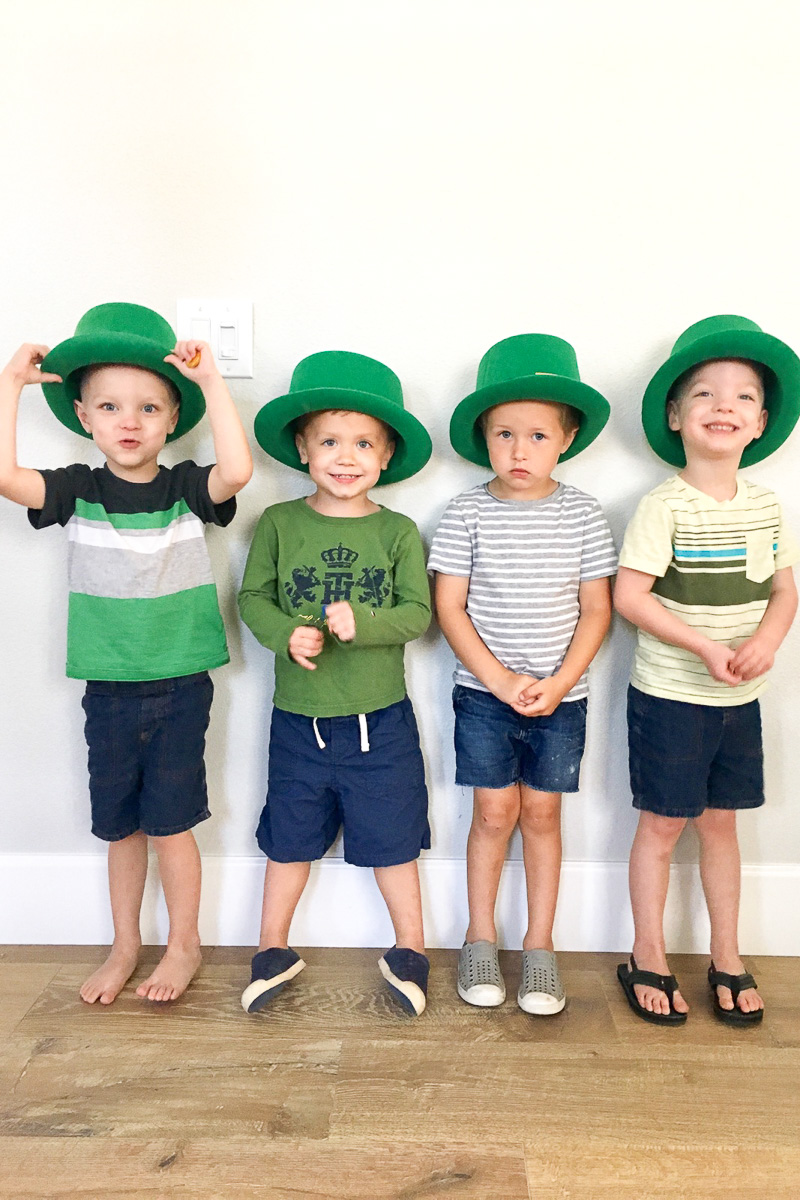 Finn had a tantrum one Saturday morning because I would only let him have one of the leftover donuts from the church cleaning and not two. He flung himself into a chair and what started as a bruise quickly spread to become an entire black eye. 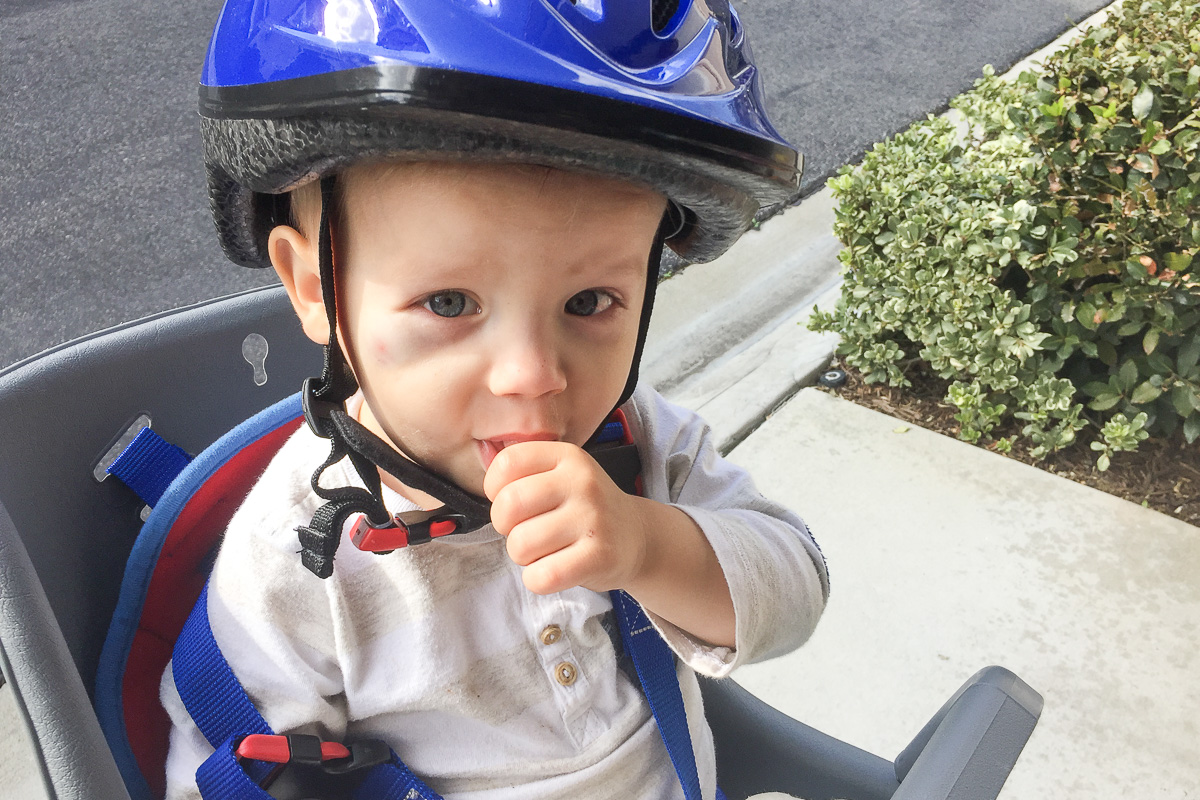 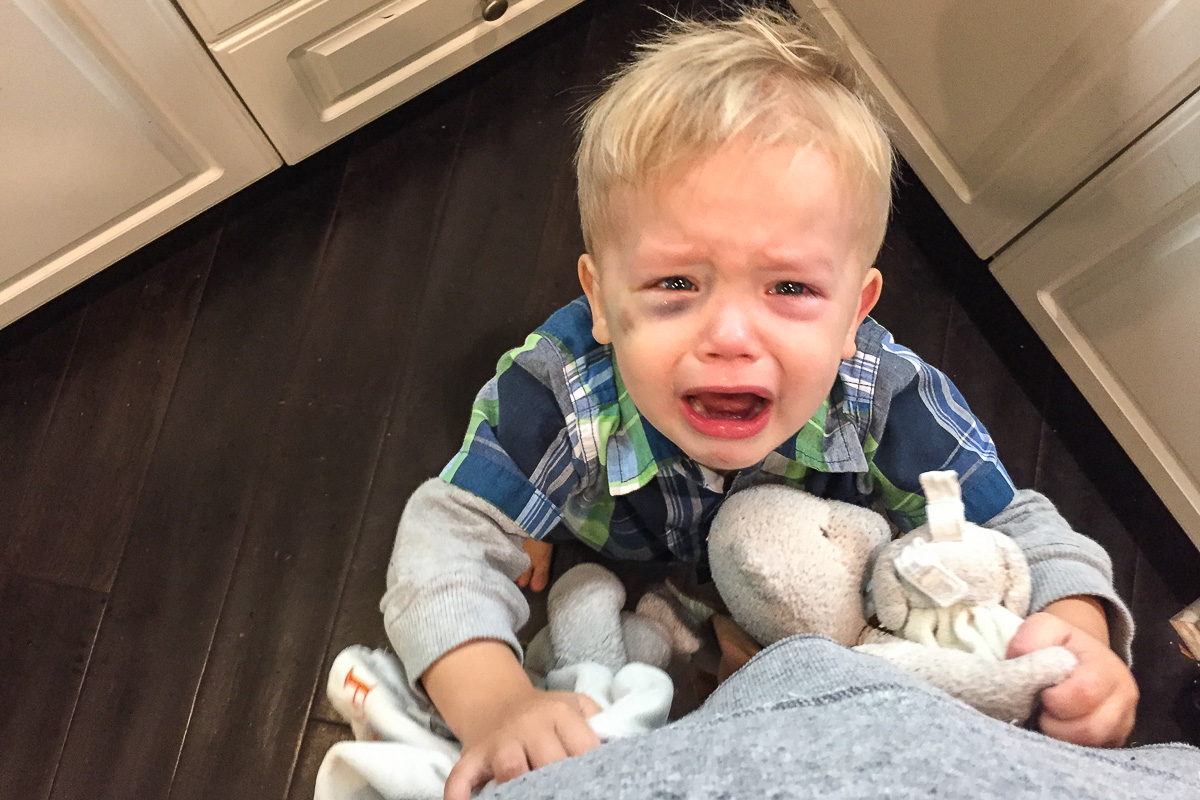 We got a lot of stares when we were in public. I was sure glad when that eye healed up. 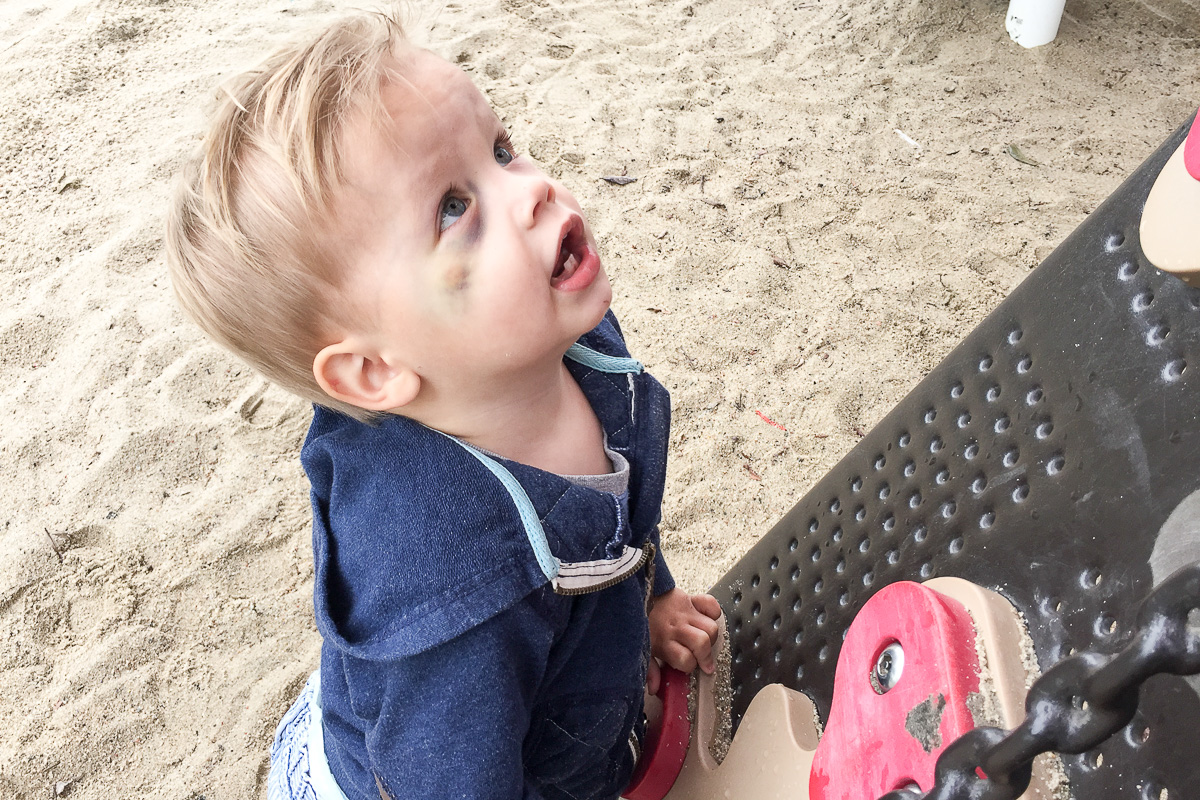 Blake is the game instigator on Sunday afternoons. 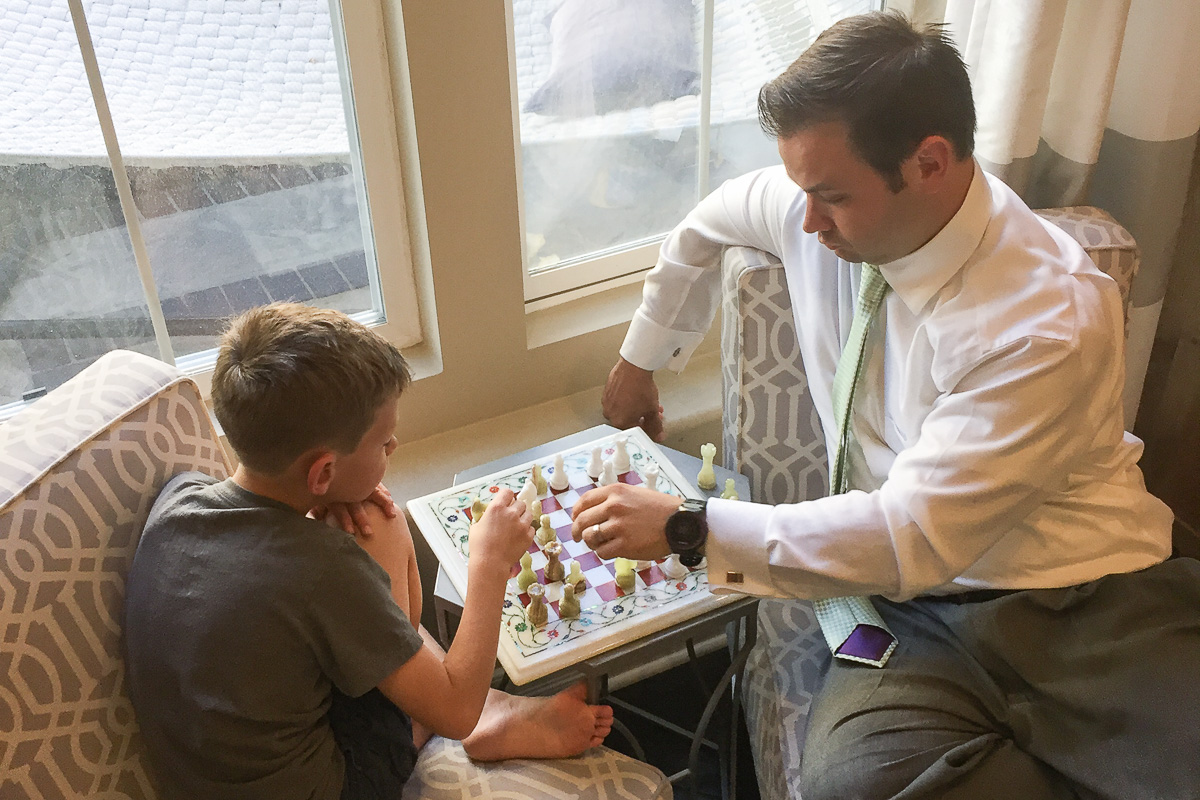 It wouldn’t be normal to go more than a few weeks without someone winding up at the doctor or hospital. I drove through heavy fog at midnight to rush Crew to the ER when he could barely breathe. He ended up getting diagnosed with croup and wasn’t having an asthma attack like I thought, but it sure gets scary when the boys’ fevers spike and oxygen levels drop. 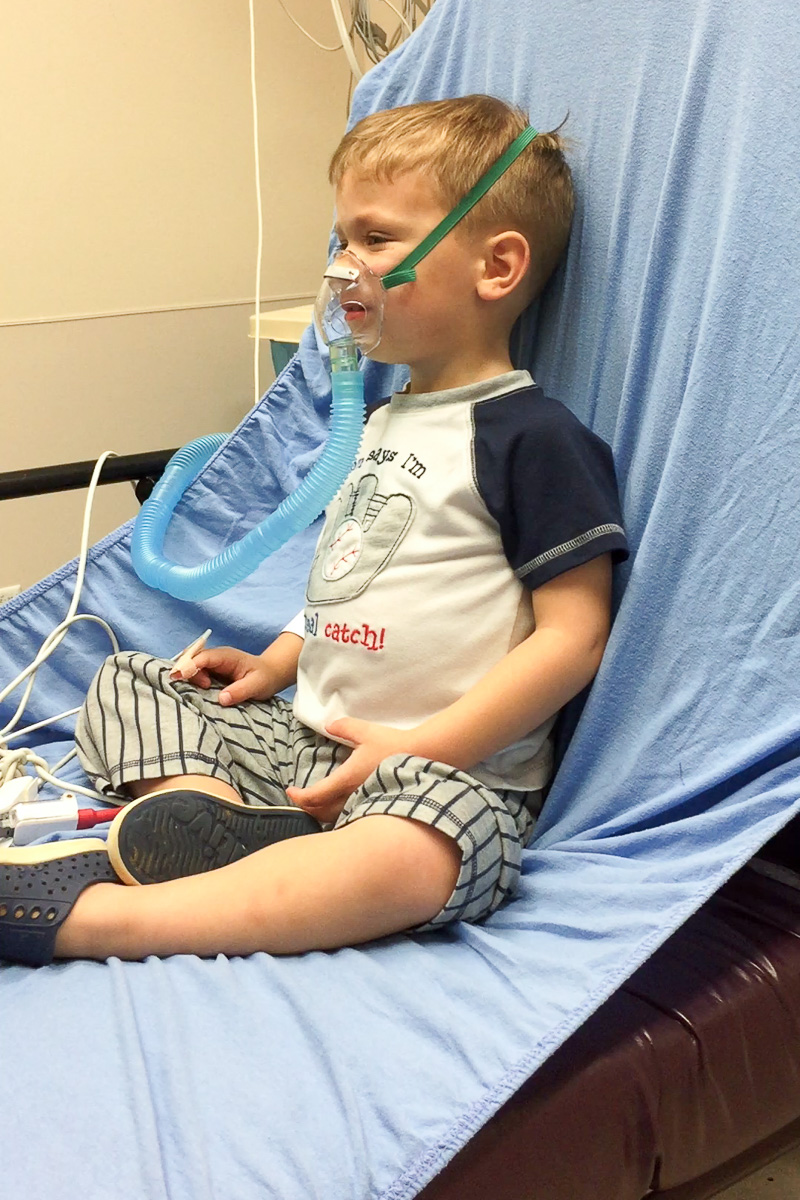 He fell asleep in odd places the next day while he burned off that fever. 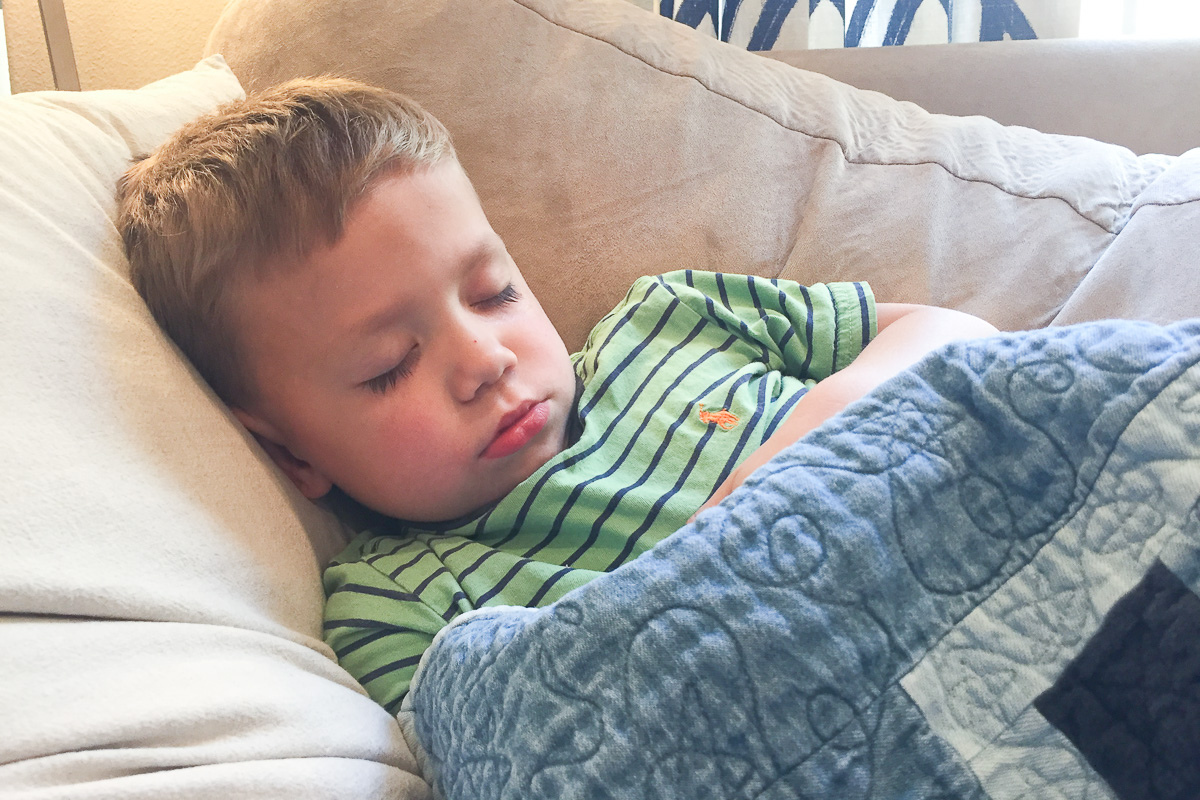 I braved taking all four boys to the pediatric dentist at the same time just so we could get it over with. They loaded them up with lots of goodies to make it more bearable. 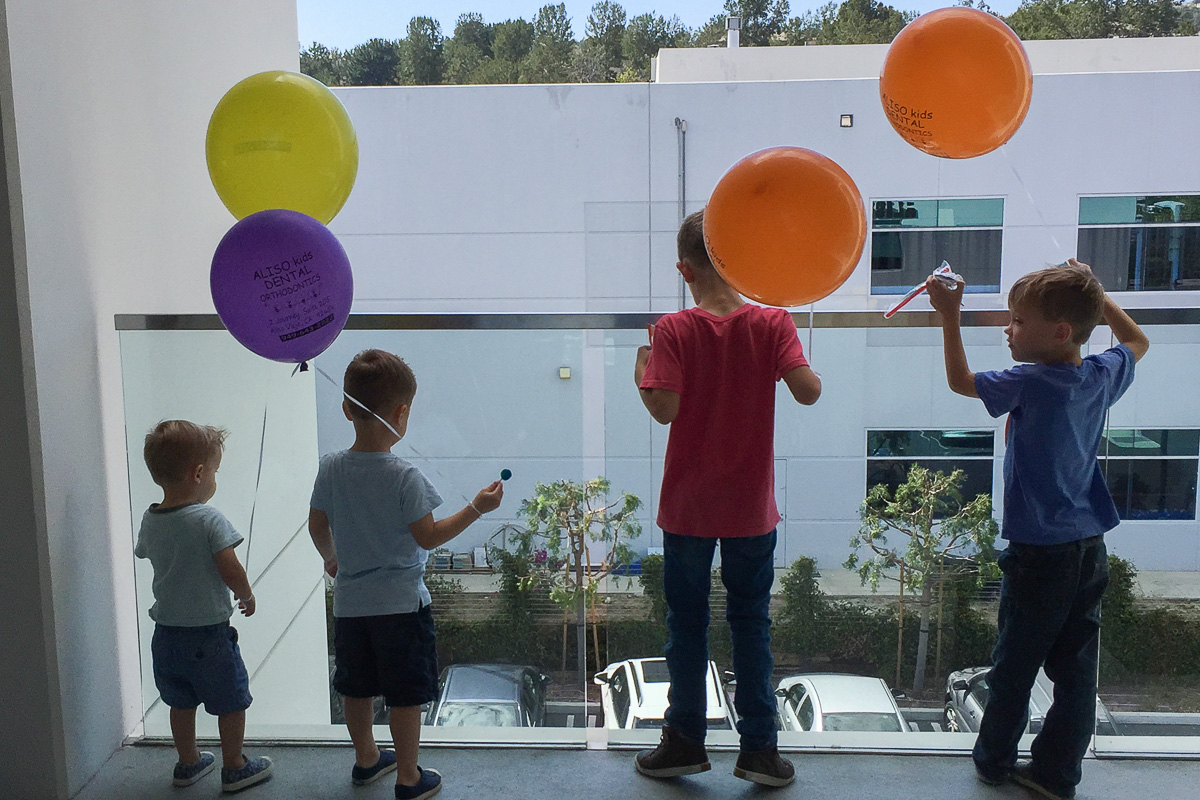 Nash’s baseball games started in March and I think Crew might have been happier about that than anyone. 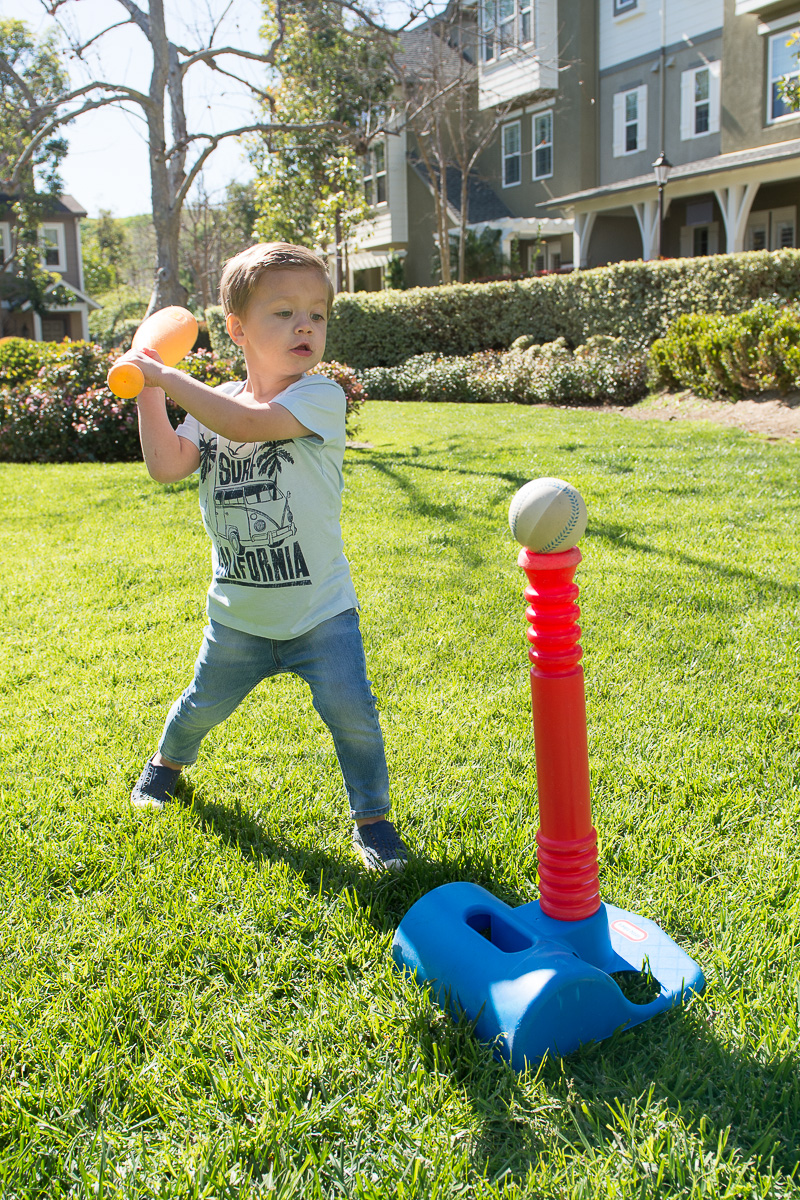 Any chance to display his manhood. 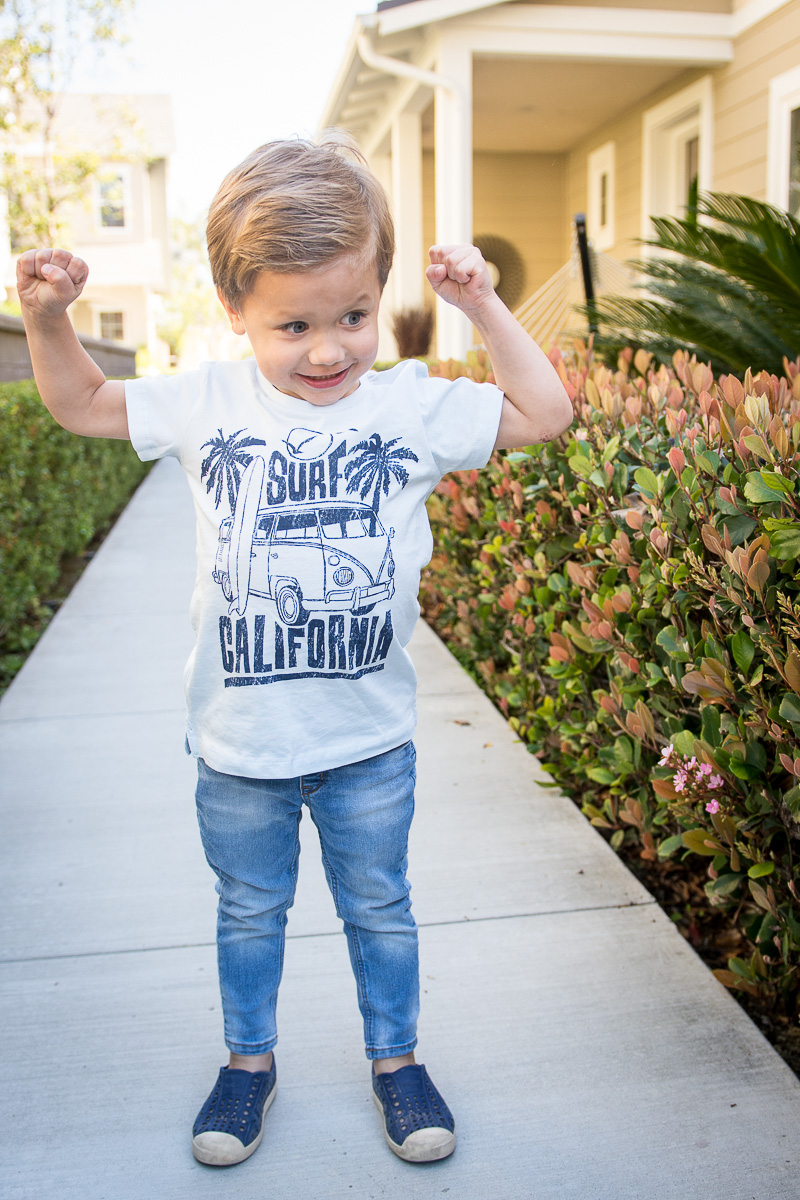 Crew sometimes dozes off while we are carting his brothers around to after school activities but long gone are the days of him napping in his bed. 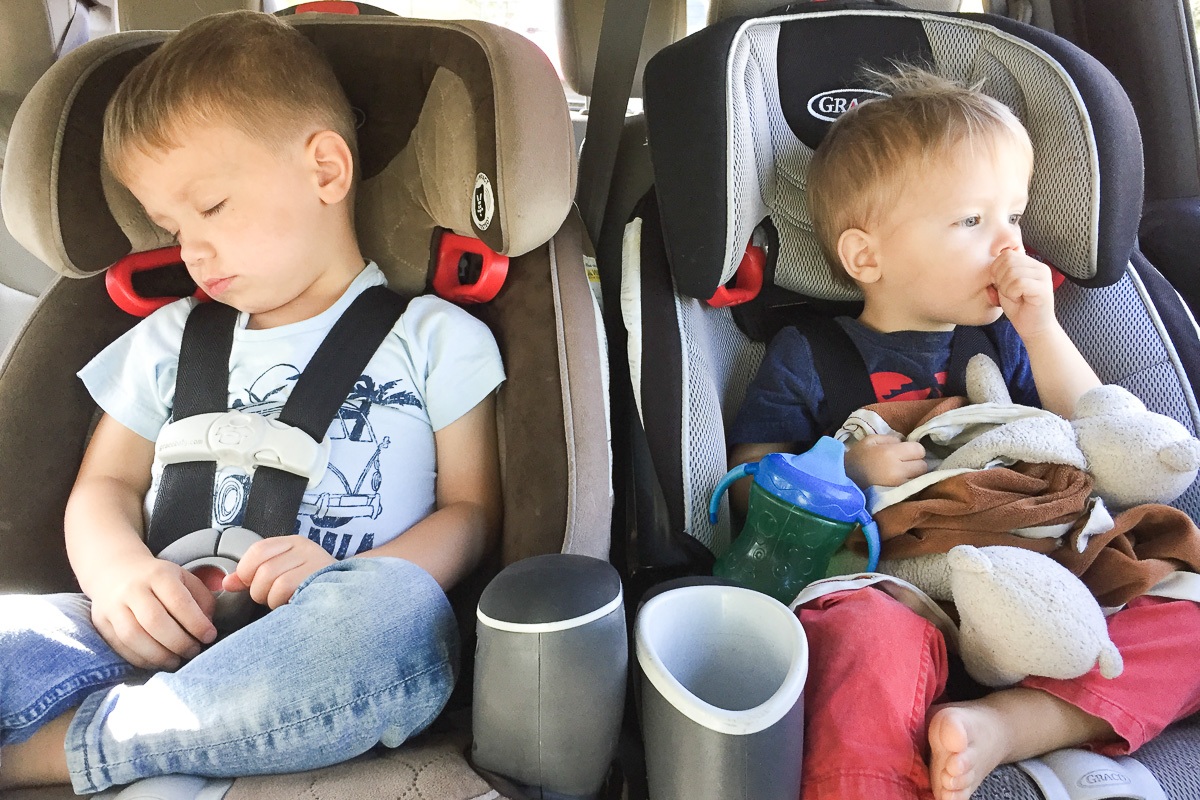 We went to a birthday party at an adventure park full of every little boy’s dream; trucks and mud. 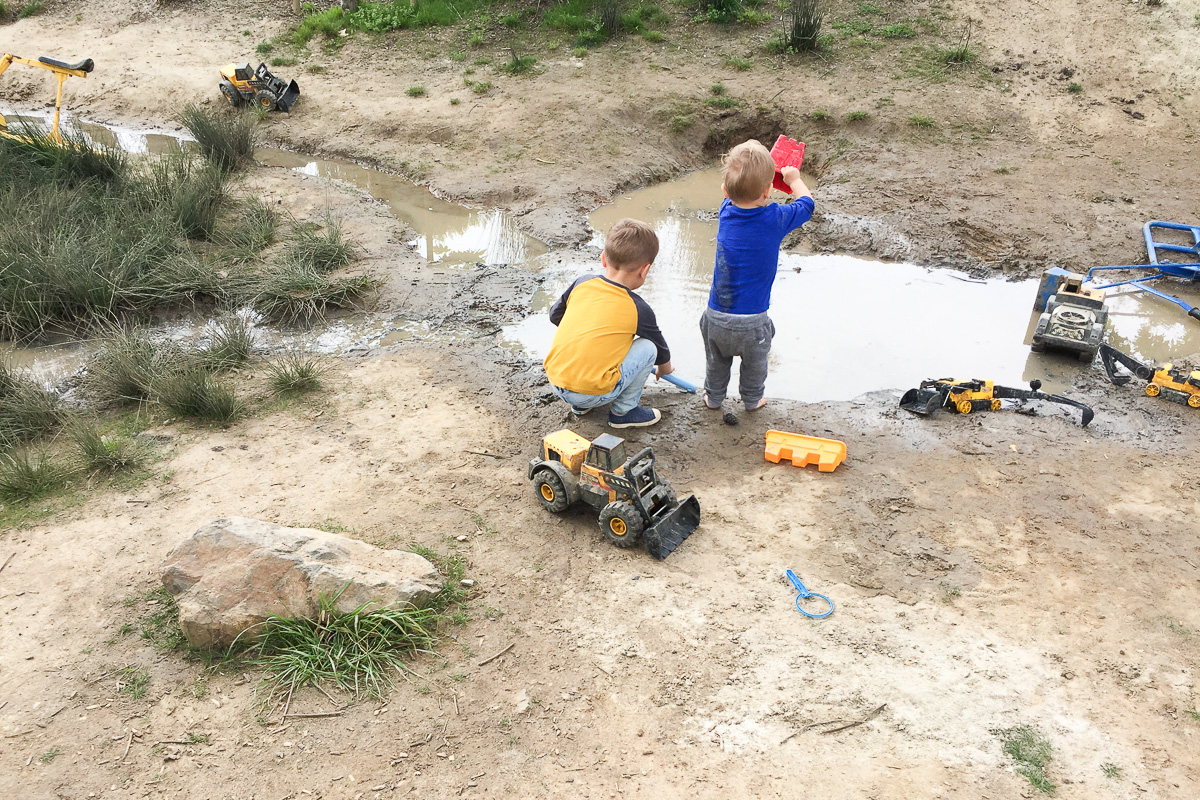 It didn’t take long for the boys to become completely covered in a layer of dirt. 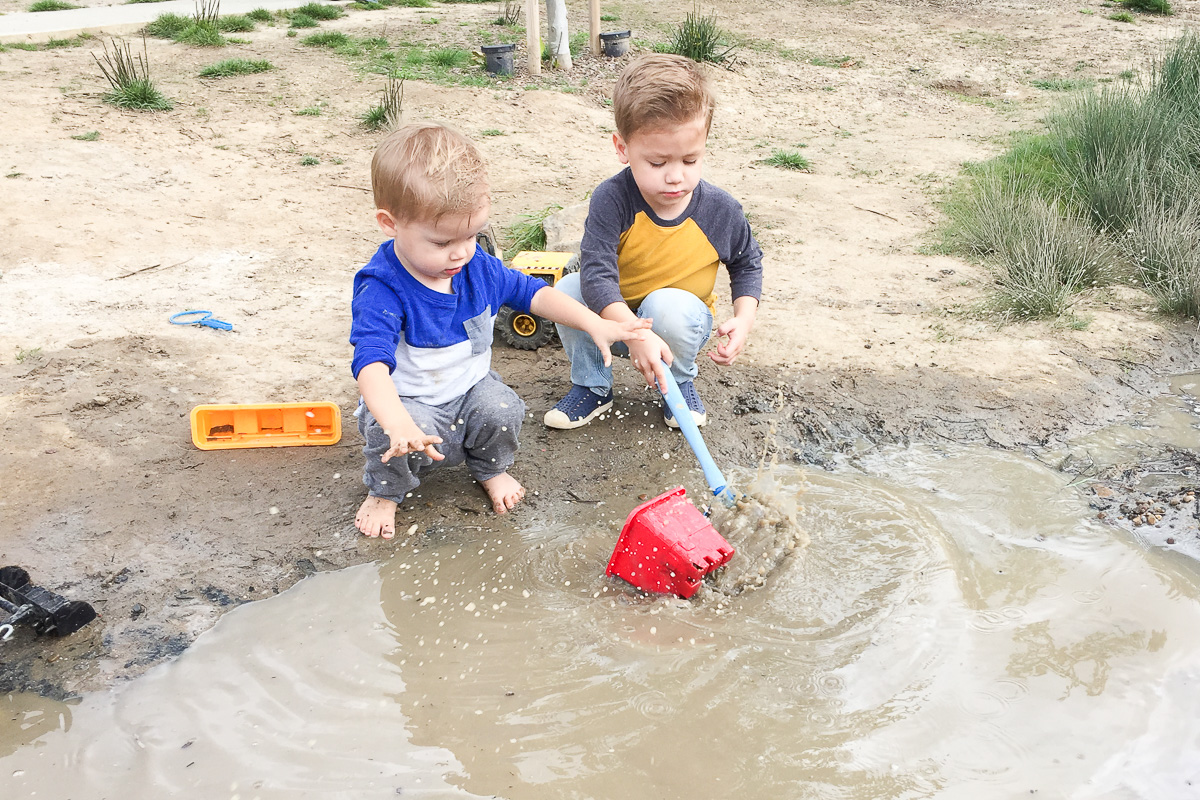 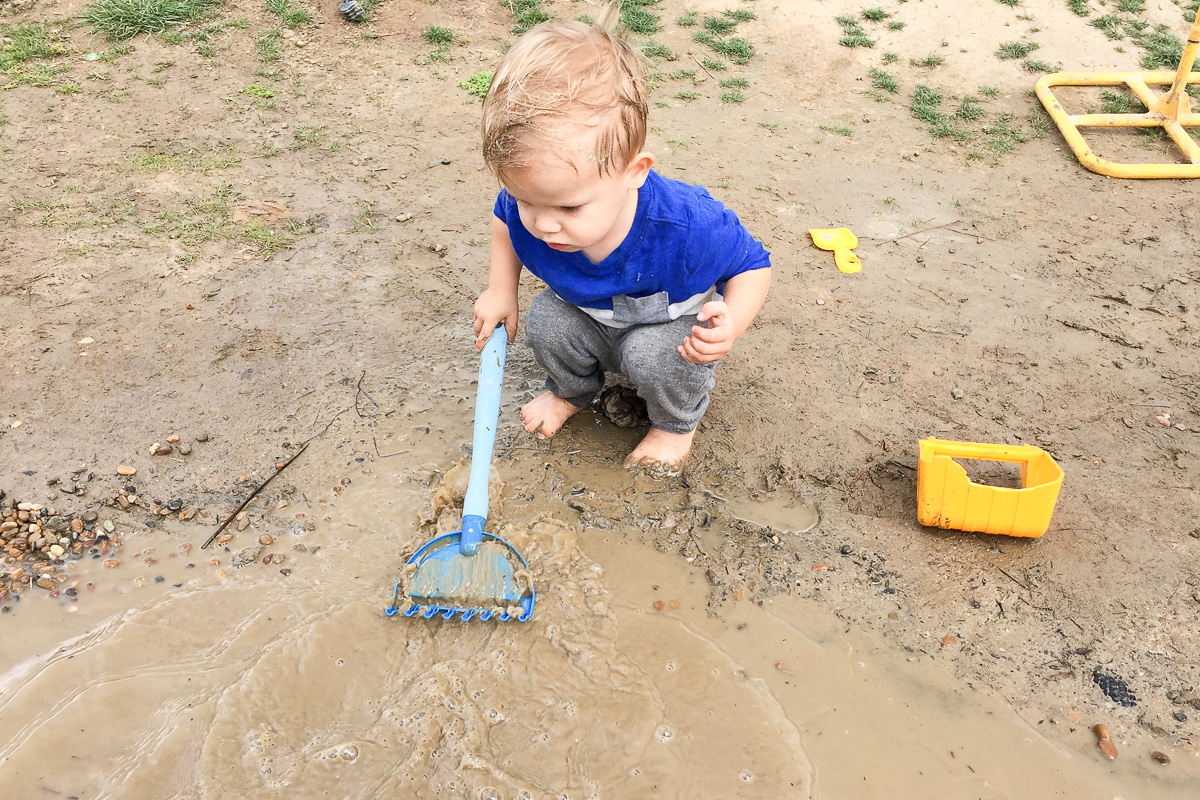 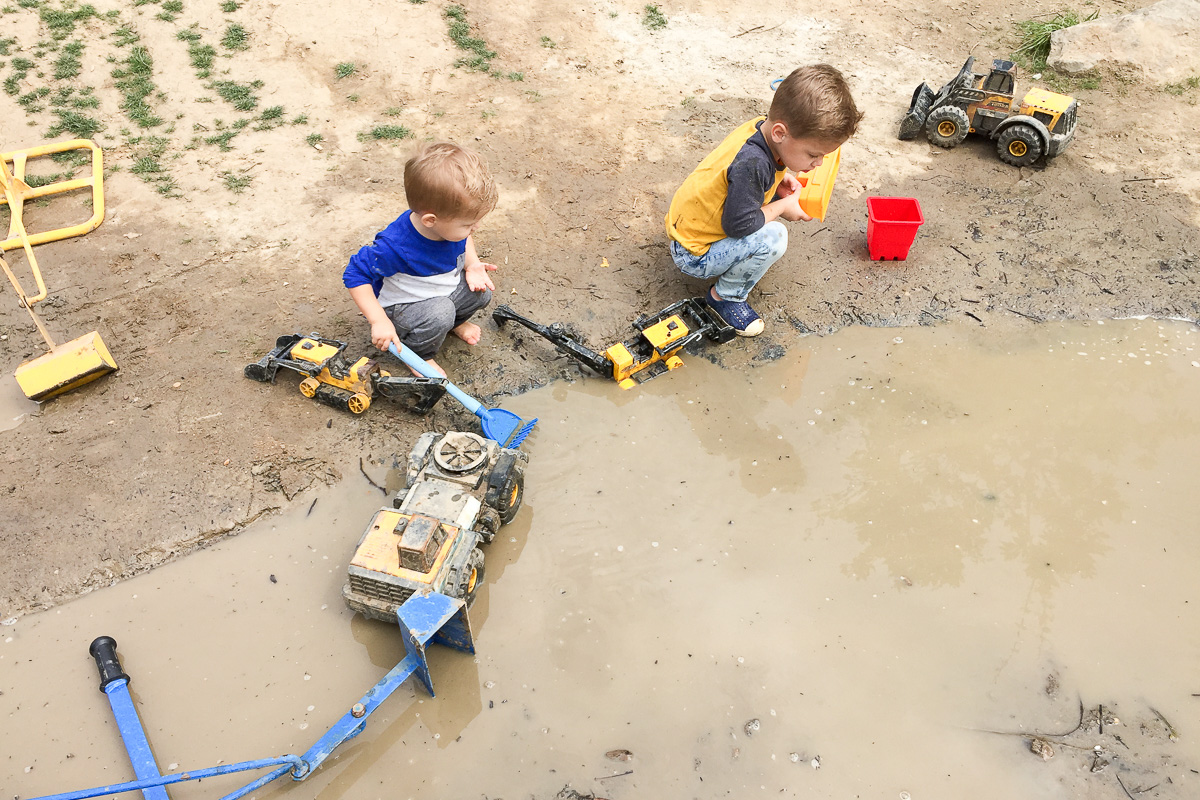 There were giant bricks for the boys to build with as well. 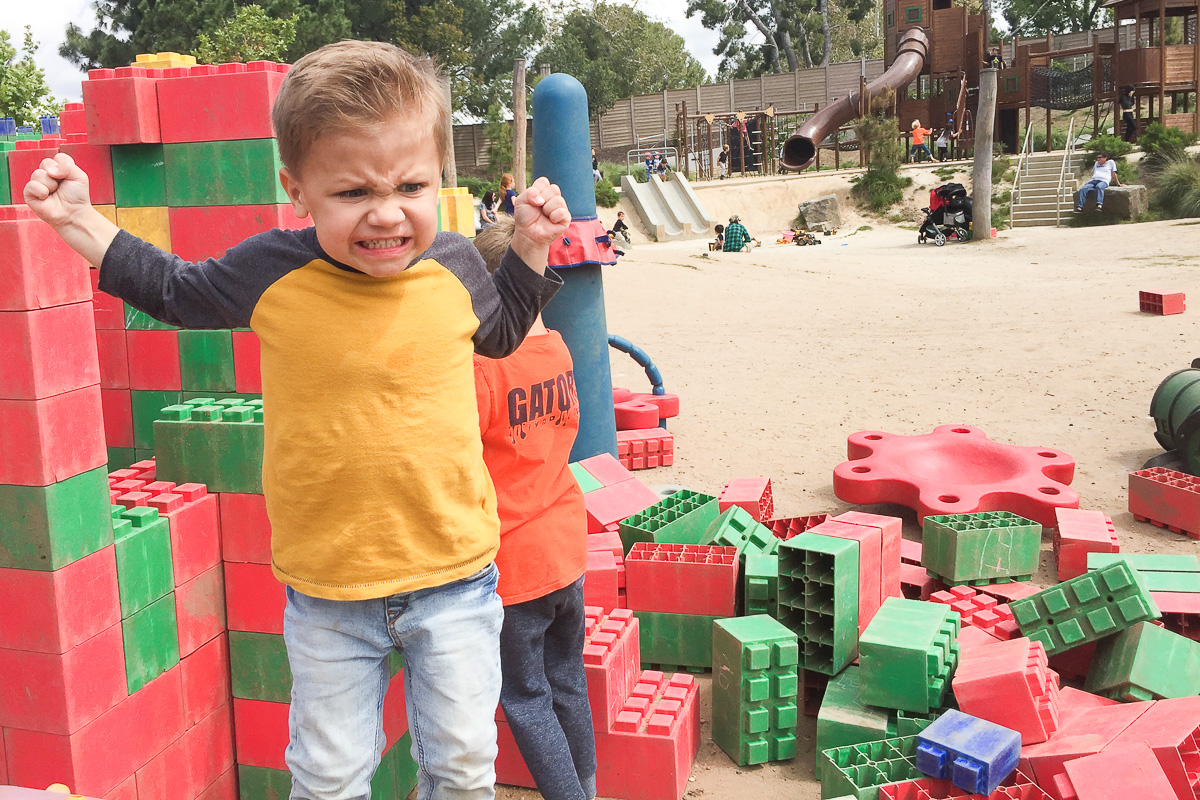 Nash relaxed, as per usual. 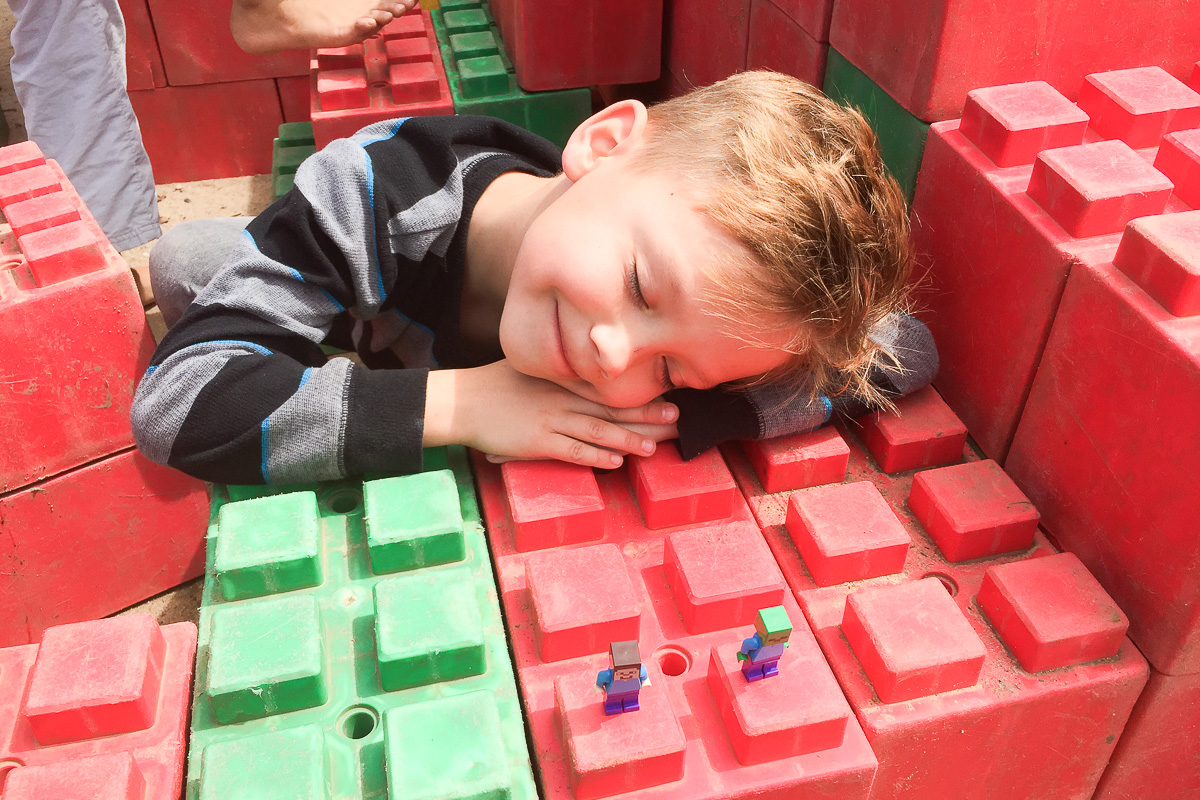 Crew started back up in swim lessons which meant Finn got to dump water to his heart’s content at the side of the pool. 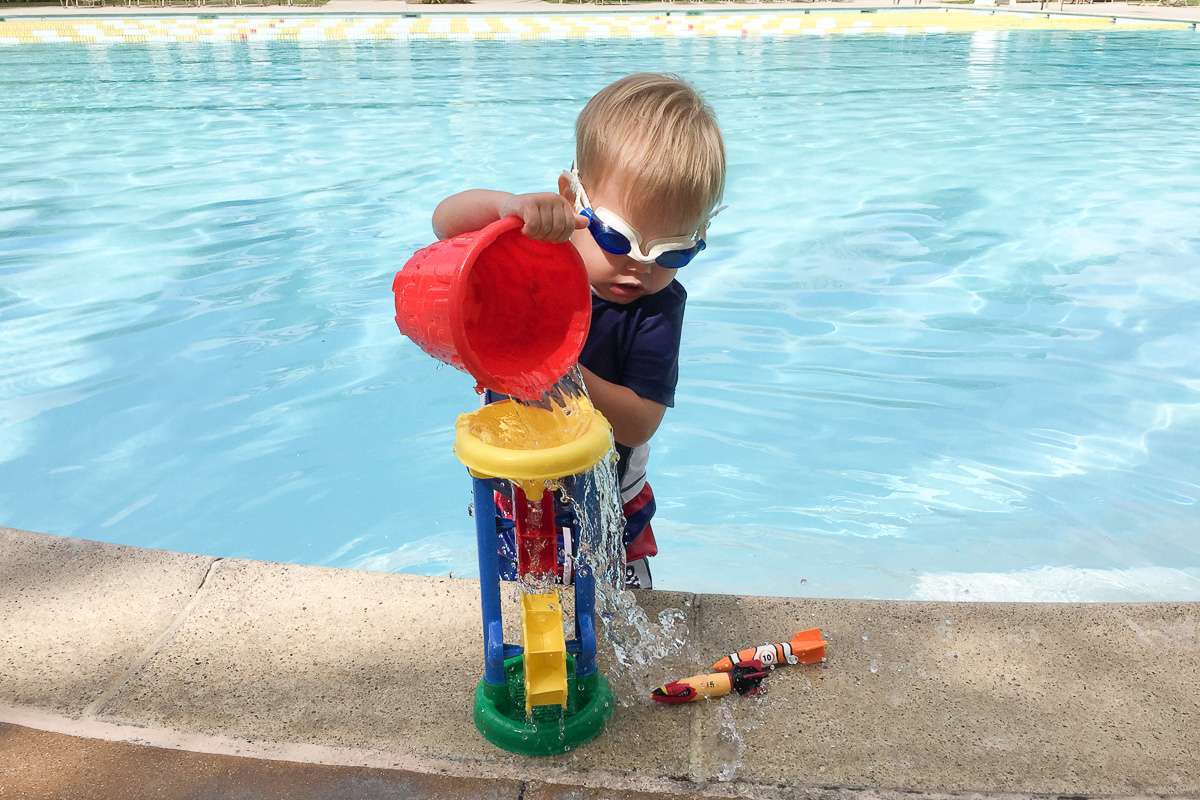 I snagged priority tickets to America’s Got Talent and jumped at the opportunity to attend a live audition taping. We battled LA traffic for 2.5 hours and stuffed our faces with tacos while running through the security line but it was so worth it for our prime seats ten feet away from the judges. 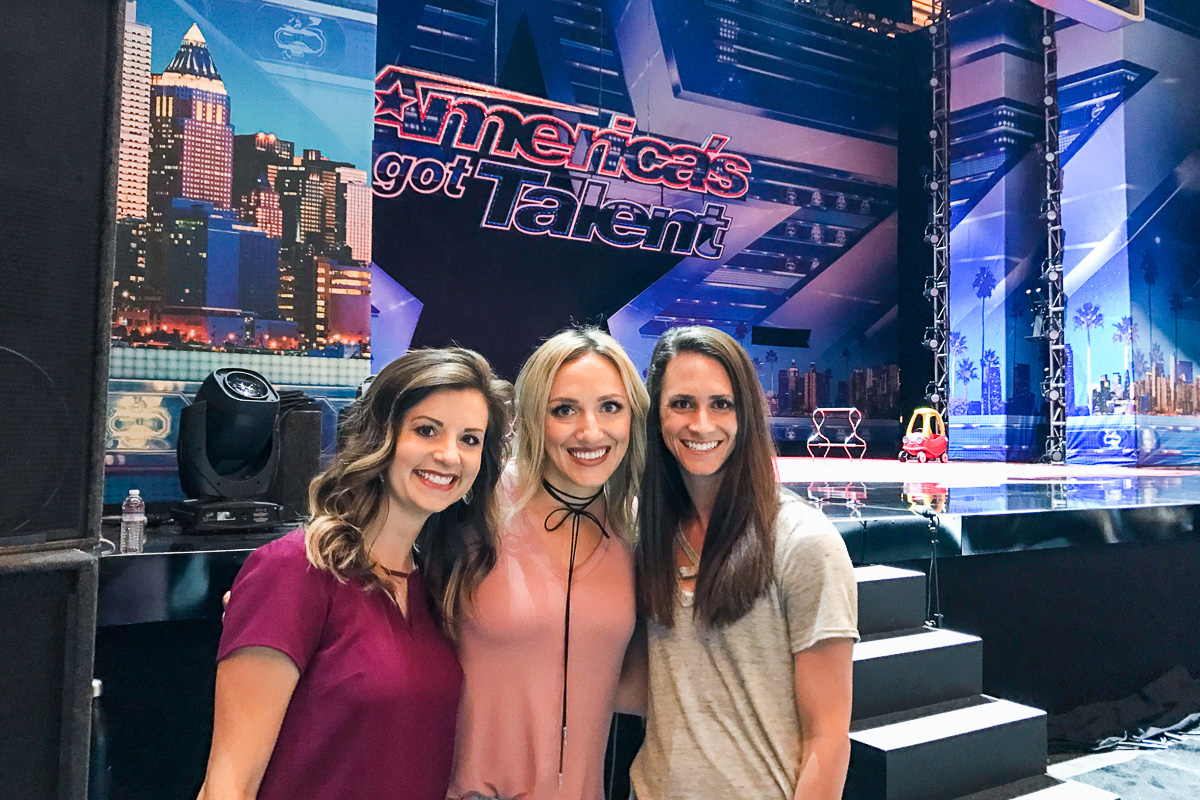 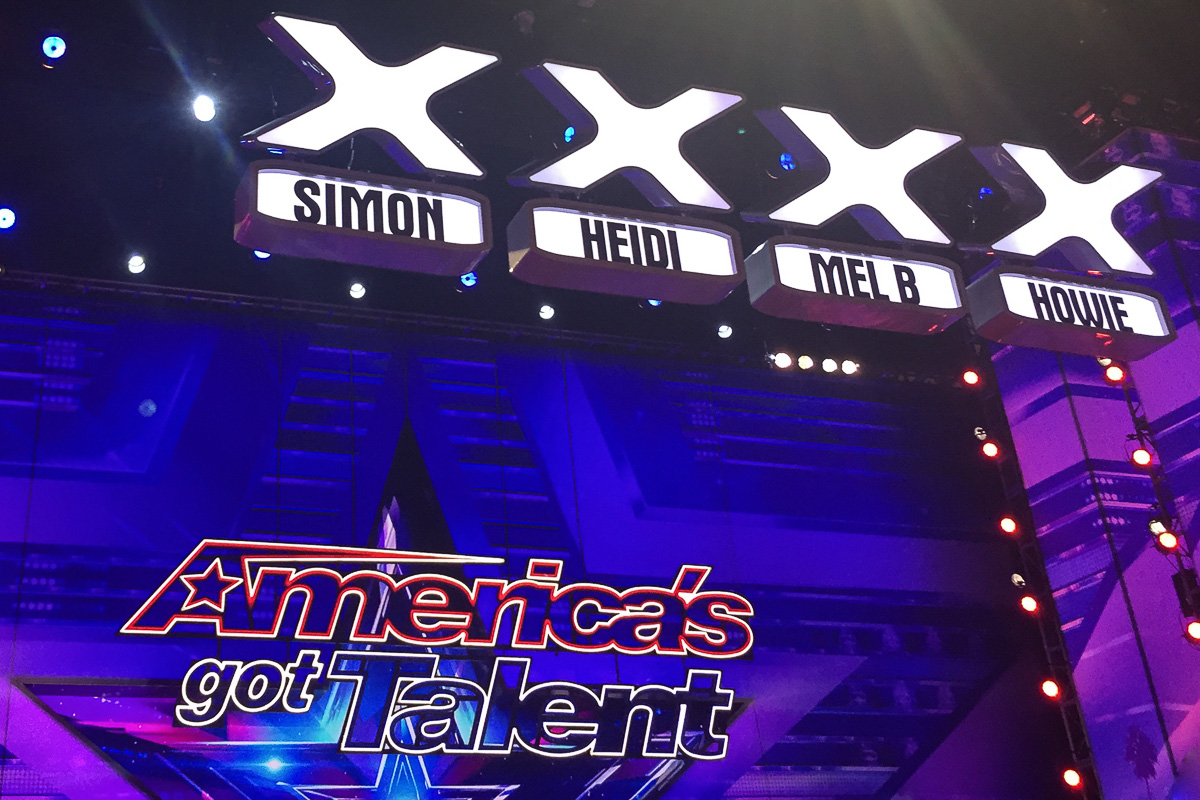 It was so fascinating to see what goes on behind the scenes. My shining moment was when Simon made eye contact with me and asked if I had liked the last performer who was a darling singer/songwriter. I’ve never really watched the show aside from a few performance clips but I’m excited to tune in this summer. 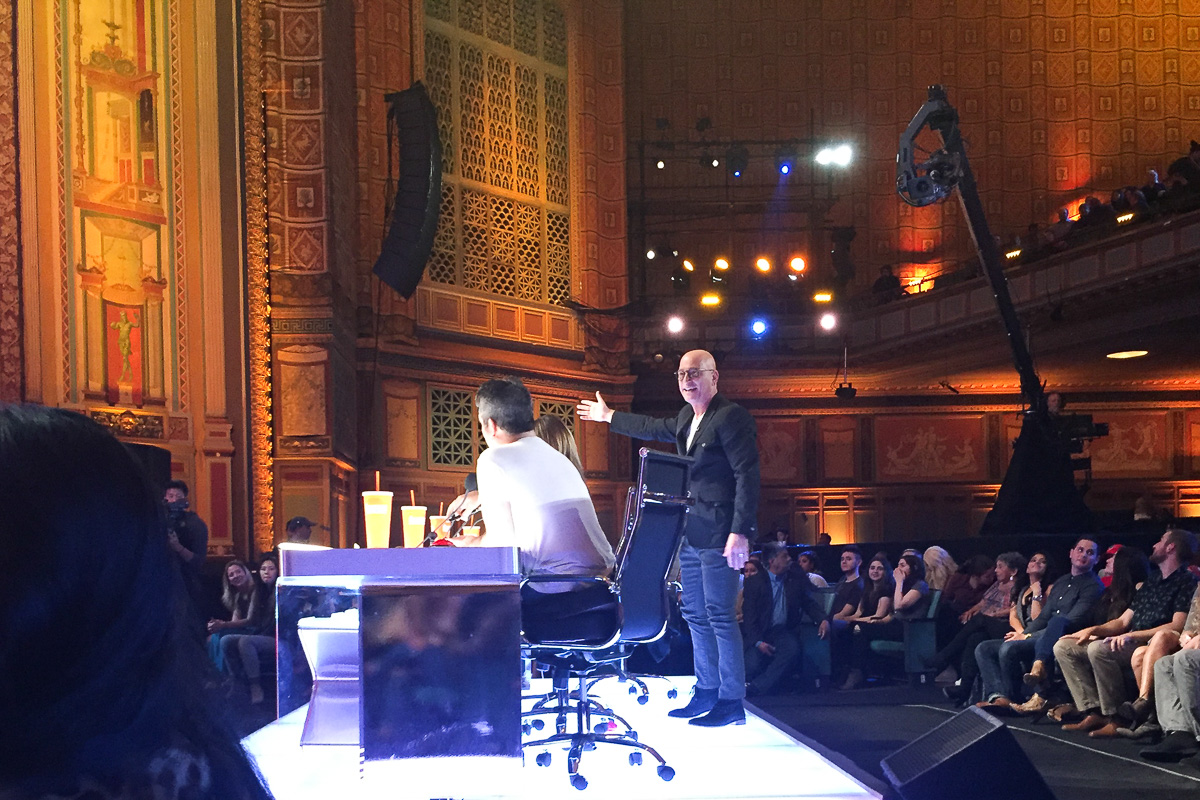 We were all a little starstruck and agreed it would be a hard night to top. 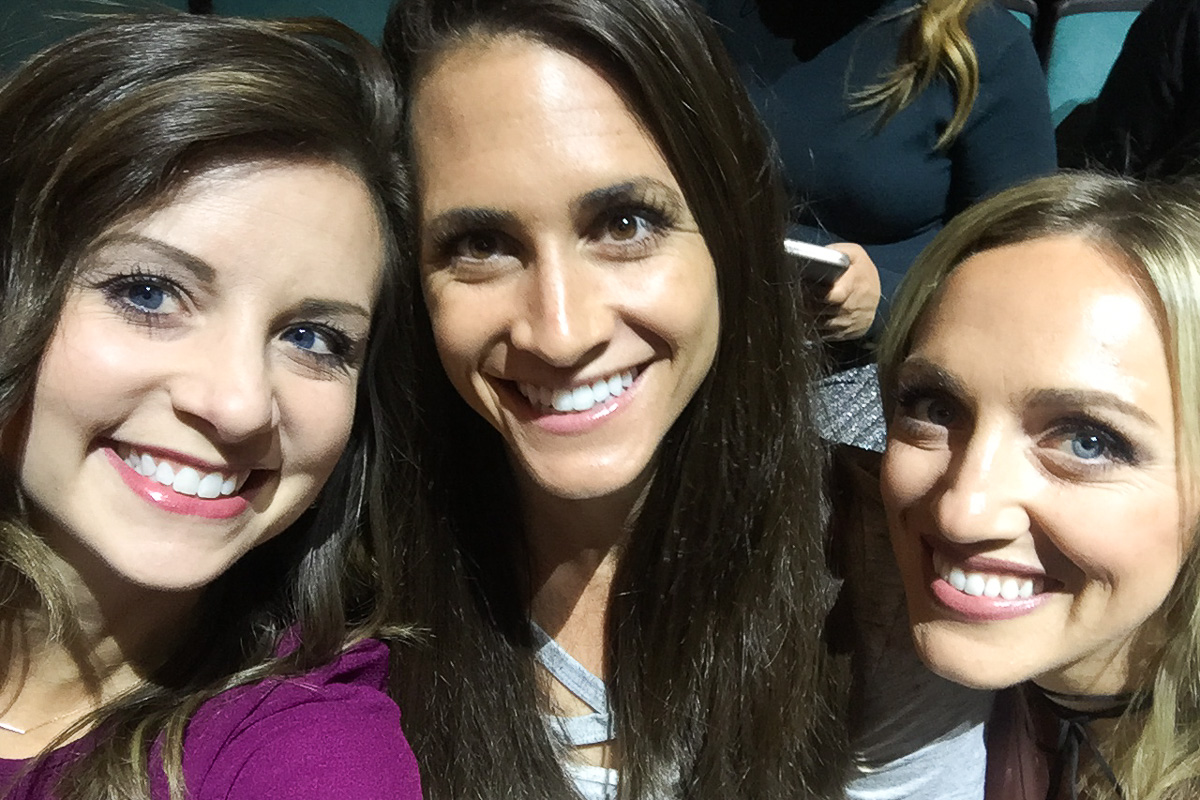 In the blink of an eye we went from Christmas to Spring Break. As usual, we could hardly catch our breath in between.