Skip to content
We made sure to get in several Disney days in May before our passes were blocked out all summer. Our May trips always seem more urgent; we have to get our fill before the long break.
I took just the older boys on one occasion and we grabbed our favorite Ghirardelli shake, Nob Hill Chill, before watching the Pixar Play Parade.

We watched the old Tower of Terror ride transform into Guardians of the Galaxy all winter long, but we missed the grand reopening by three days. We knew we’d get to ride on it in the fall, but we were a little bummed to miss out on the initial hype.

We still walked over to check it out and arrived just as they were about to put on a live promo show.

The characters picked Blake out of the crowd to come up on stage and have a dance off with them.

I took all the boys on another day and we ventured over to the ferris wheel which for some reason we hardly ever ride.

Nash couldn’t get his head out of his book, even while circling around.

Even walking from ride to ride didn’t result in putting his book down.

Blake was dying to go on California Screamin’ but his younger brothers who aren’t tall enough usually hold him back. We decided to let him go for it alone and watch him from the pier. I’d say considering he had his hands up before the ride even began, he was a tad excited.

It wouldn’t be an outing with Nash if he didn’t take a minute to do his traditional relaxation. He must have been really spent from all that reading.

The older boys were also begging to go on Grizzly River Run. Nash was tall enough but not Crew and Finn, so we watched from the bridge and waited for their raft to come through.

Crew was thrilled to spot his brothers.

We capped off the hot day with a stop at Bugs’ Life splash pad. I didn’t dress the boys appropriately for water play, but once they started splashing there was no stopping.

And sometimes you just have to let loose and live in the moment.

We bid our favorite place farewell for three months. We can never get enough Disney. 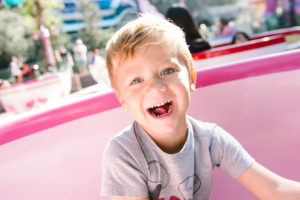 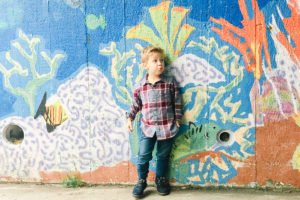 Fall According to my Phone