I love that phones are accessible and are able to catch the moments where I don’t have my big camera in tow. Spring according to my phone looked like this:

Crew finally overcame his fear of water thanks to his amazing swim teacher. We saw her twice a week all spring and summer. It took him months to stop crying and exerting his feistiness long enough to realize that he actually could swim. Fear was the only thing holding him back and we were so proud and so grateful when he became comfortable in the water.

We ate many packed lunches poolside after lessons. 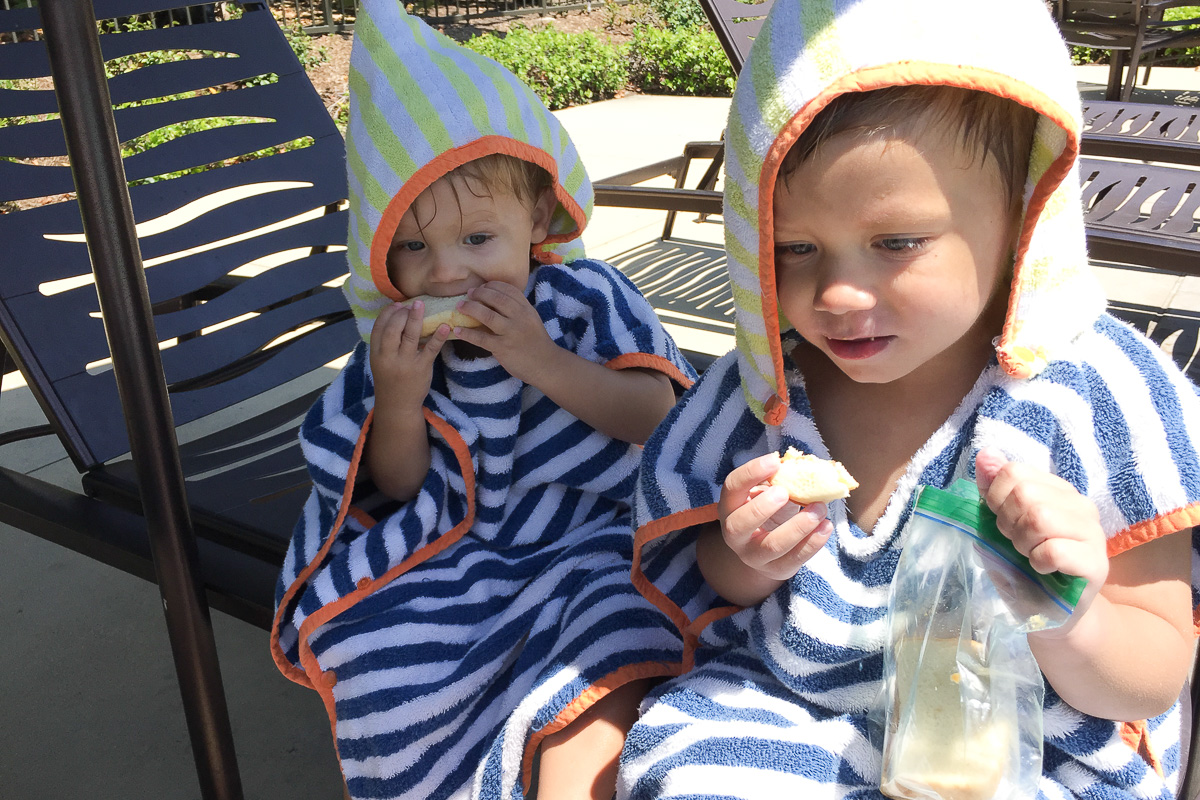 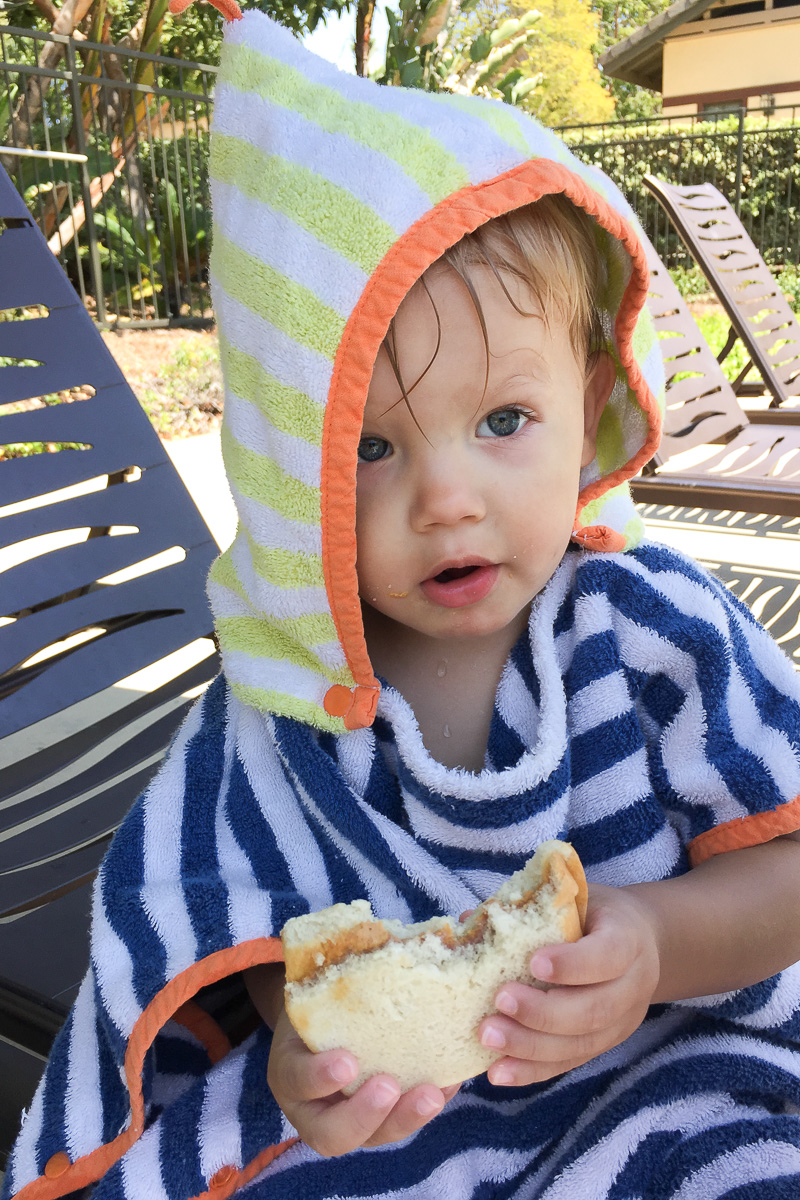 We celebrated a friend’s 30th birthday with a girls’ night out at our happy place. 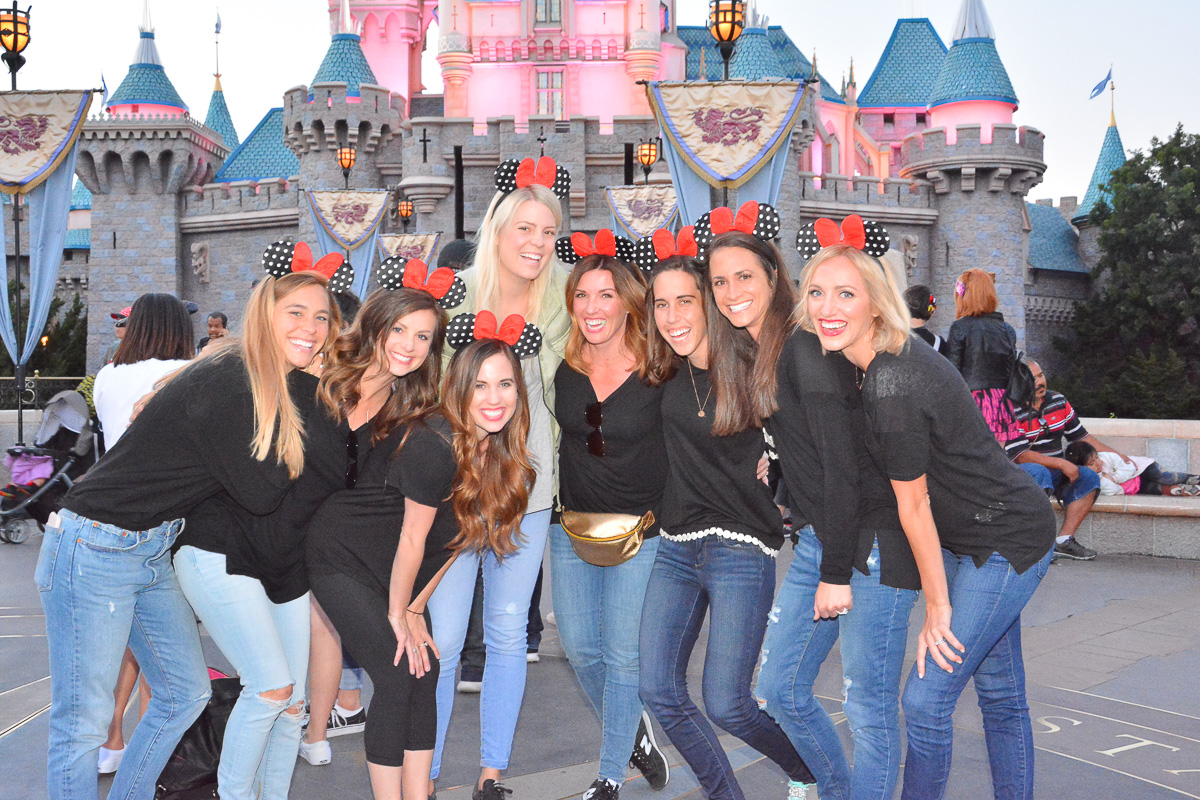 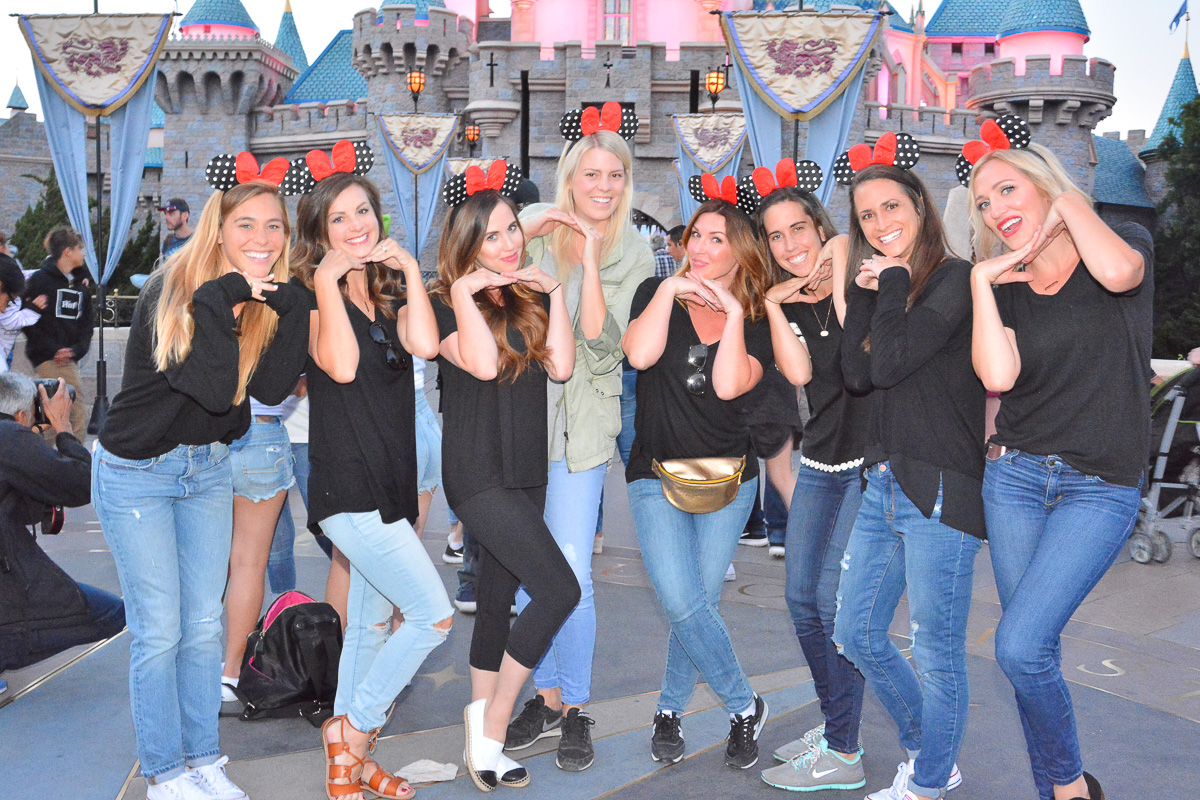 We did a few Sunday evening walks on the beach boardwalk, always ending at the swings. 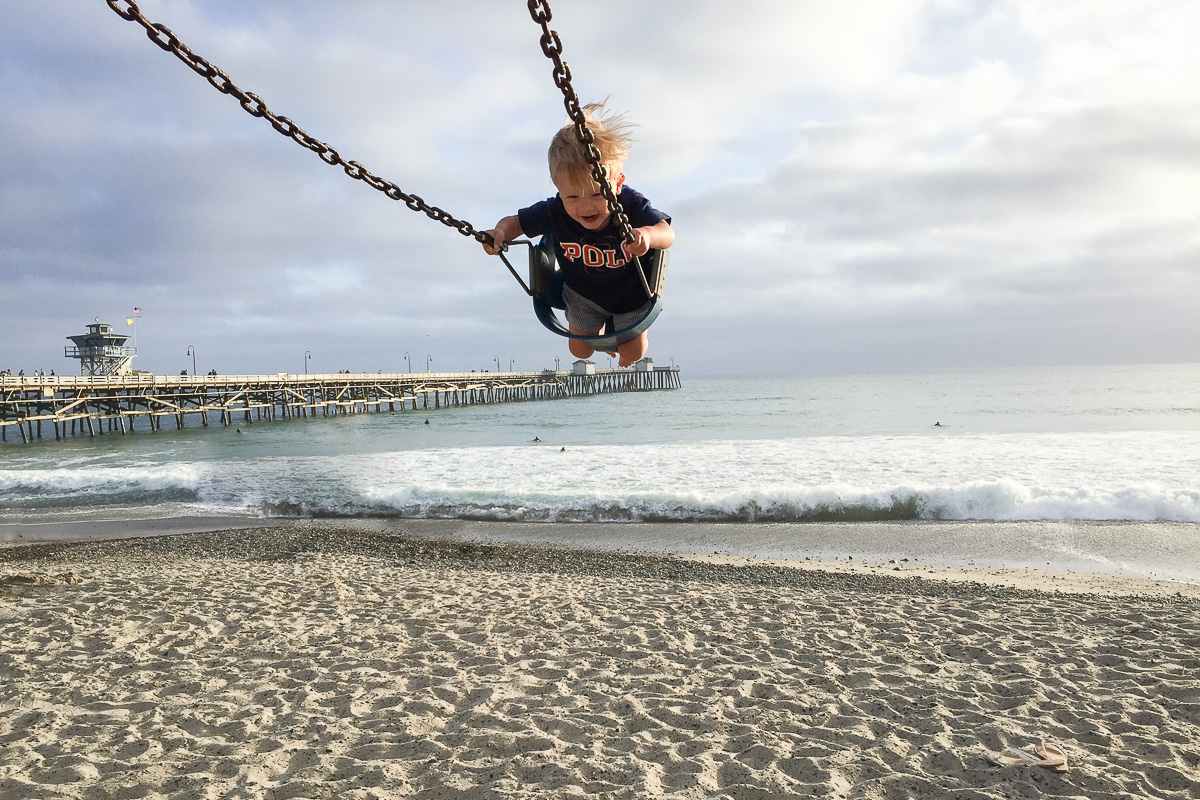 Troy captured one of my favorite videos of all time. Finn really wanted a book from the high bookshelf in Crew’s room and Troy negotiated with him to get it himself.

One Sunday, we came out of church and it was raining. It’s always a big deal to pull the umbrella out because it rains so infrequently. 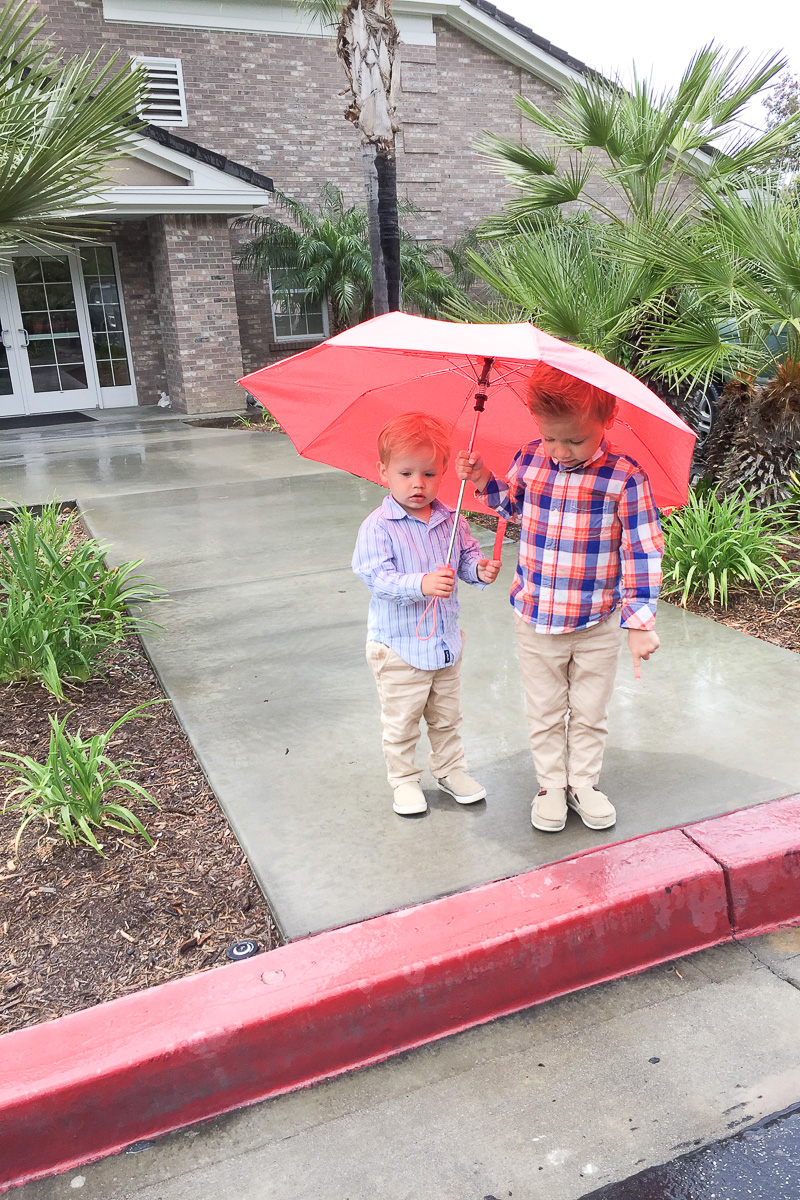 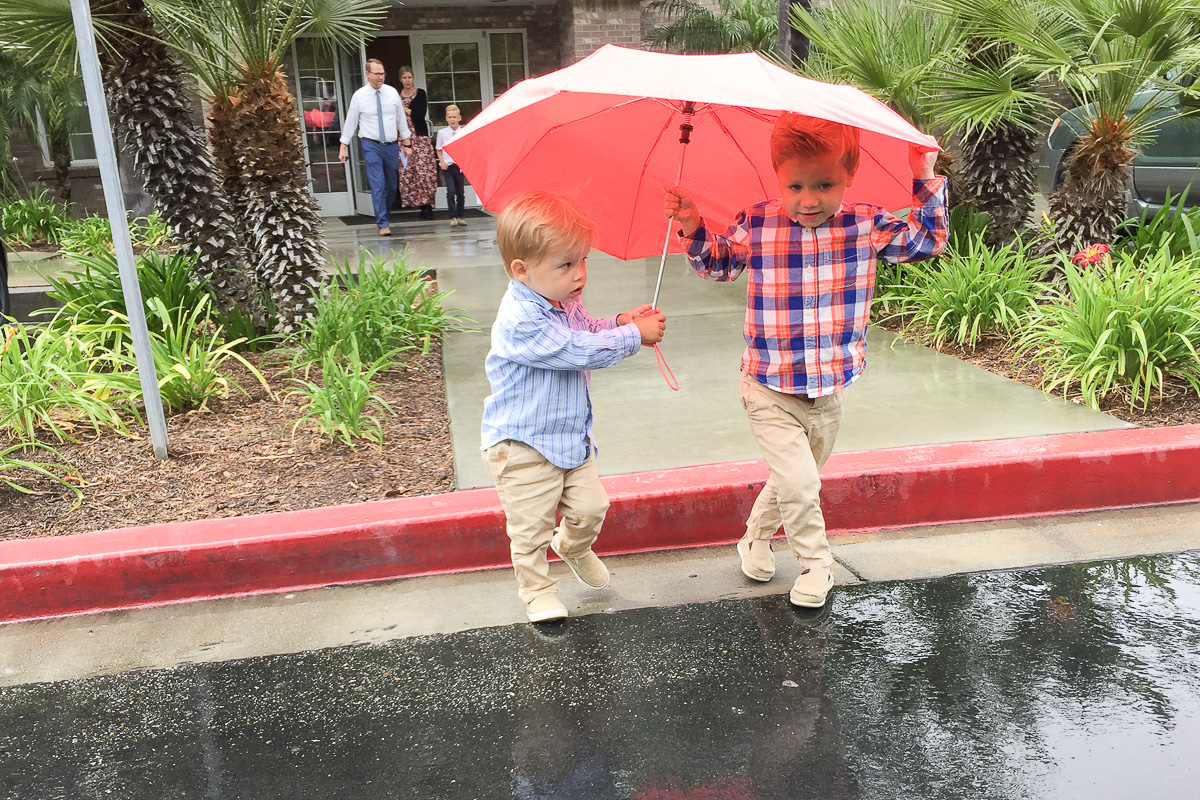 Another Sunday, Crew came dressed in the same shirt as his buddy. What made it even more coincidental was that both shirts were hand-me-downs from their older brothers. 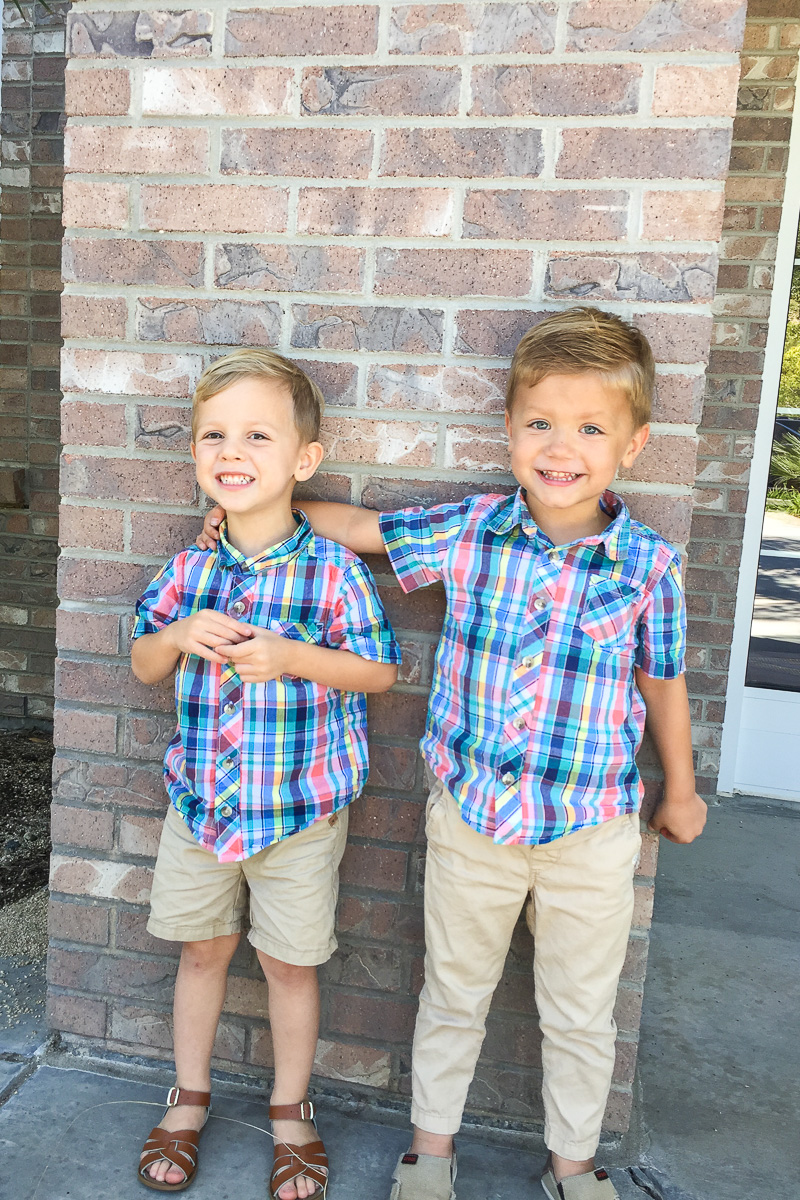 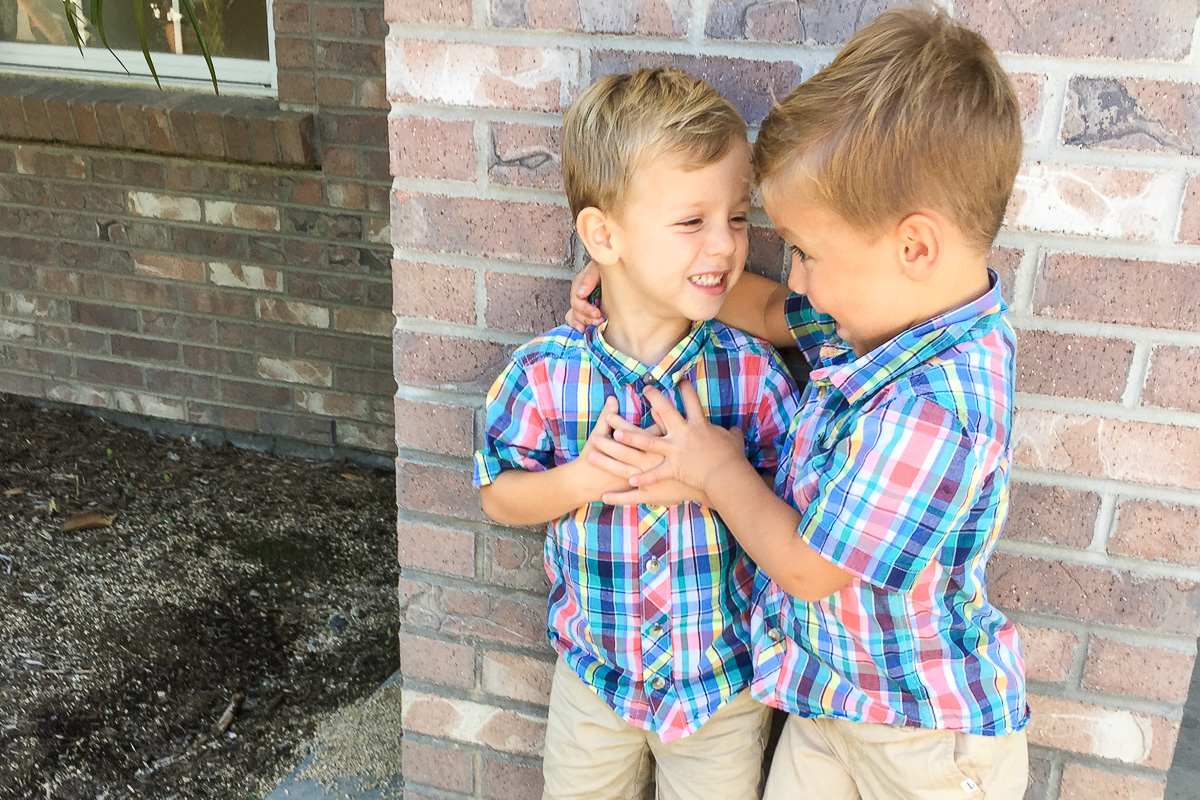 All that excitement wore Crew out. I’m a sucker for sleeping in the car photos because it happens so rarely. 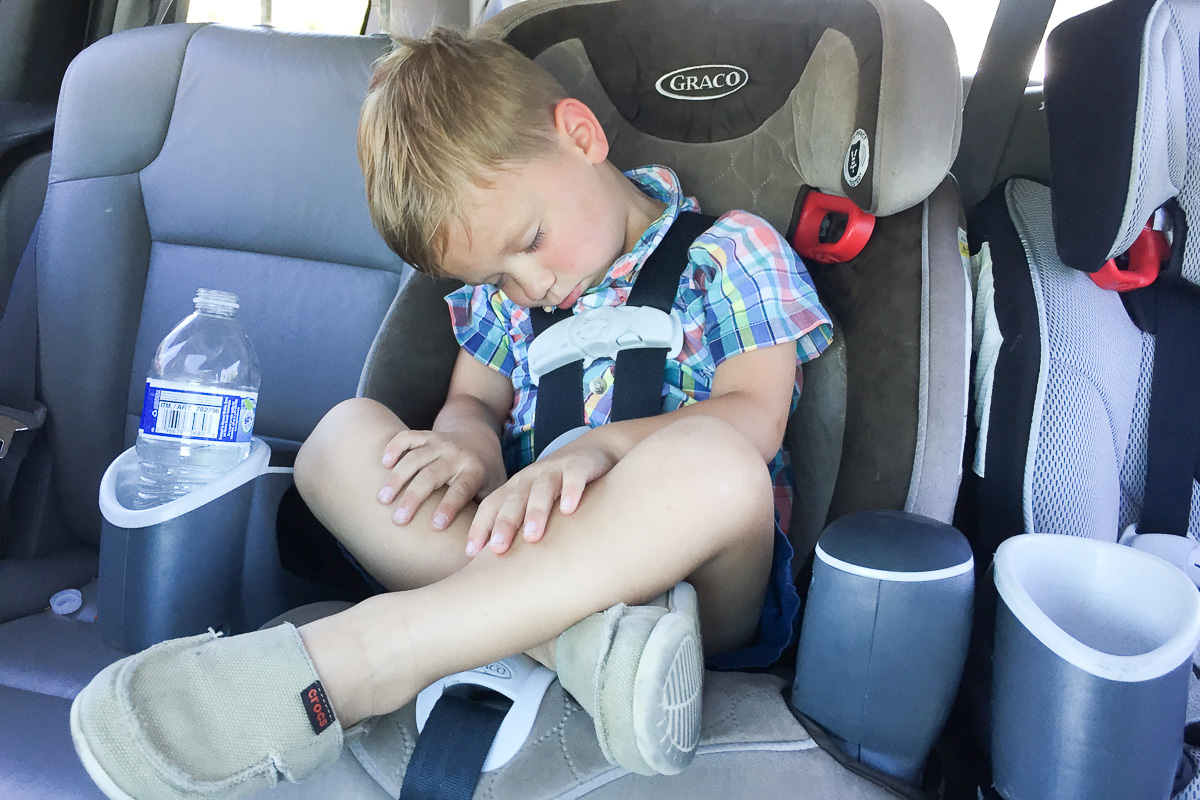 Or snapshots of the boys sleeping anywhere but in their beds. 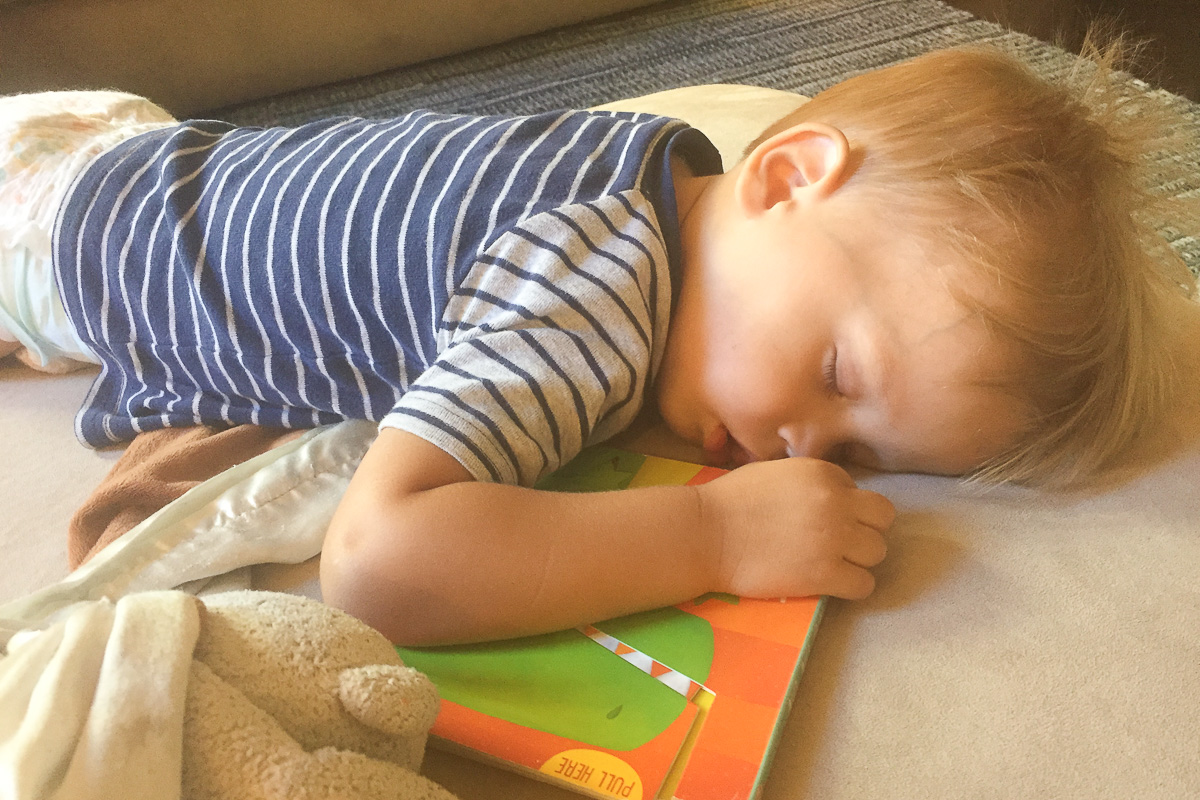 Crew was pretty mad on Easter that his brothers got to stay up later than him to play a game. He snuck onto the stairs and stood his ground as long as possible before crashing. 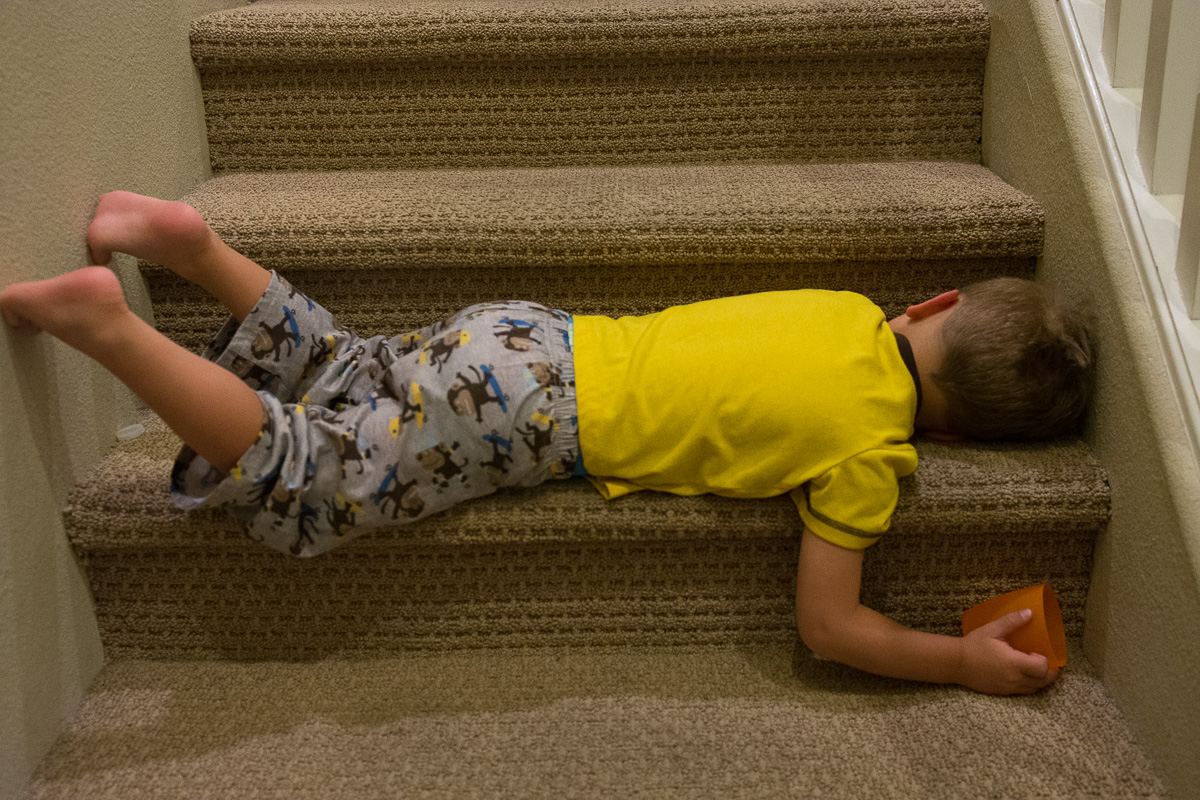 Poor Crew also had a series of unfortunate hospital visits. He was in the wrong place at the wrong time when his friend knocked a frame off my wall during preschool. The glass shattered and sliced the bottom of Crew’s foot. I should have taken him to get stitches right away, but it didn’t seem that bad. What I didn’t think about was how hard it would be to keep the bottom of a foot clean. Ten days later it became severely infected. I took Crew to urgent care and he was put on an antibiotic.

At urgent care, I was actually much more concerned about Finn because his SpO2 (oxygen level) was dropping to the low 80s (anything under 93 is risky). They hooked him up to oxygen and breathing treatments and had all sorts of doctors rushing in to assist. Finn responded well enough to the in-office treatments that we didn’t have to be admitted. But in the meantime, Crew kind of fell off the radar. When you have a child who isn’t breathing, a foot infection seems dull in comparison.

However, the next day, Crew’s fever kept climbing and we could see a red streak climbing up his leg from the point of the infection. We took him to his pediatrician who sent him straight to ER. He had to do a whole bunch of blood work and get an x-ray to make sure there wasn’t any glass still in there and to see if the infection had spread to the bone. They didn’t find anything alarming so they gave him strong IV antibiotics and monitored him till midnight. 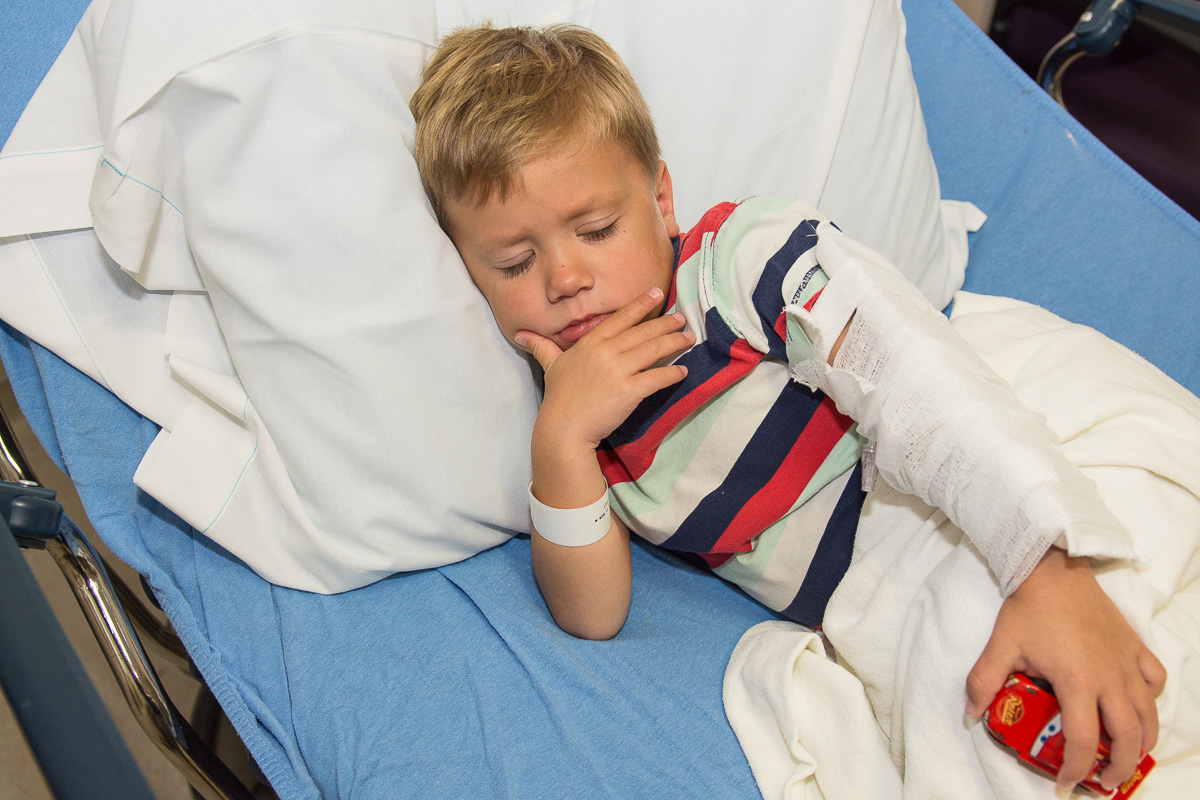 He was pretty wiped out the next day from the late night of poking and prodding. 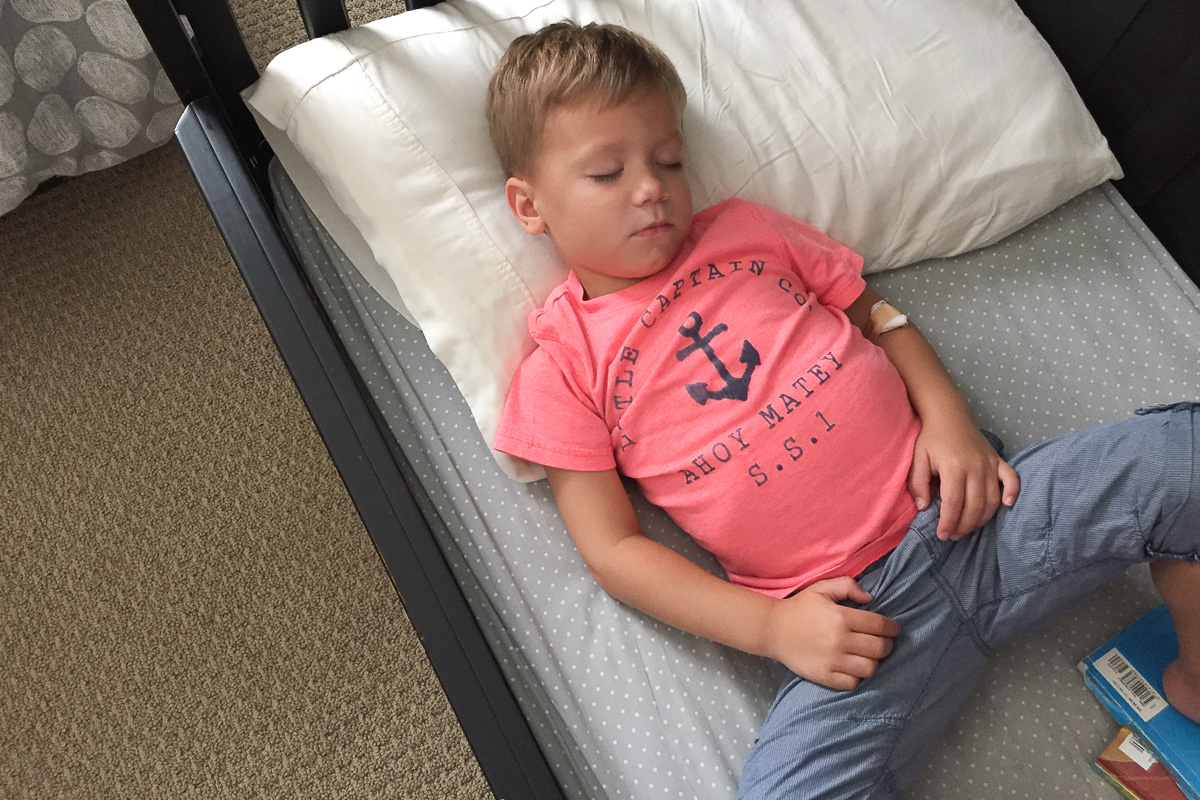 During all of the hospital commotion, we were simultaneously making offers on two houses. We were in the thick of house hunting and had to act fast or risk losing them. I’ll never forget signing e-documents from the ER and making calls to our agent in between Crew’s tests and shuffling our other boys between parents. Somewhere in there we had to do a huge 3rd grade project with Blake as well.  It was a wild few days. A night out for dinner was in order to celebrate some semblance of normalcy after some pretty big scares back-to-back with our younger two. And we needed a distraction while we waited to hear if our offers were accepted. 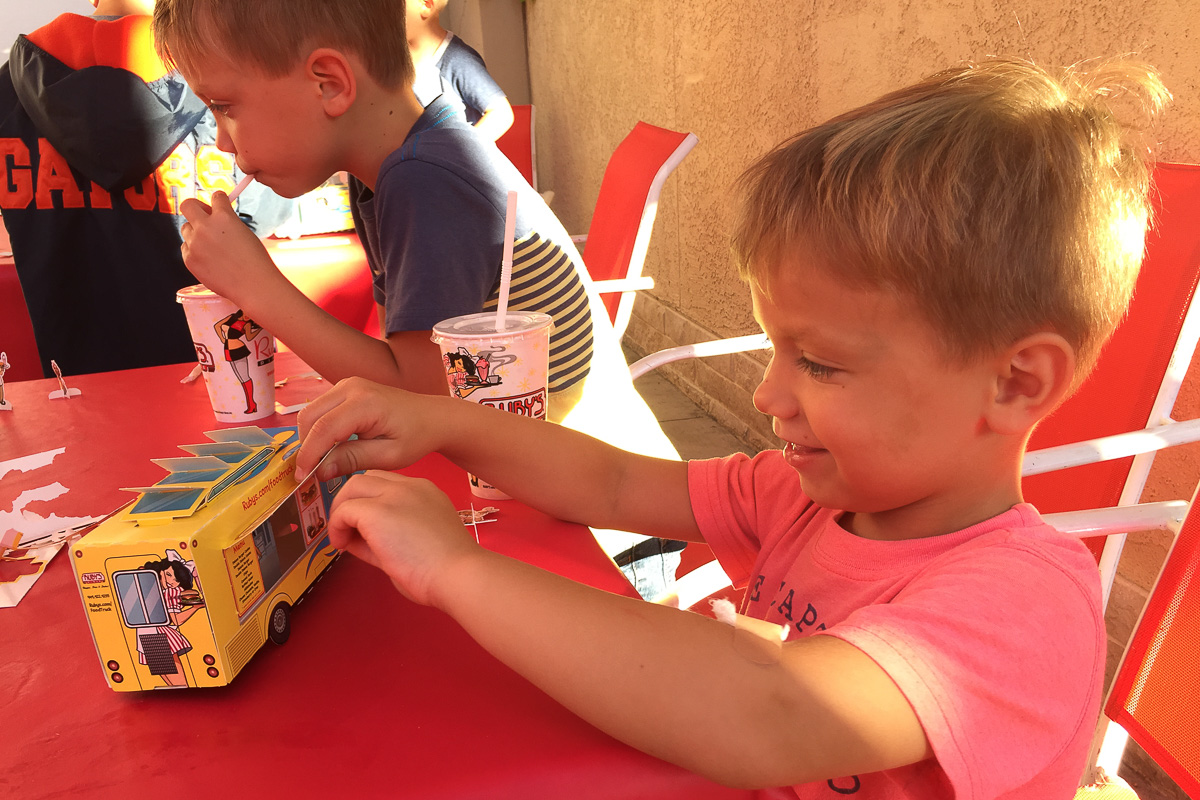 Sometimes this stage of life feels like we hop from one crazed moment to the next. I’m learning to appreciate the small, still moments in contrast to the typical chaos. One of those moments came when I drove down a street in my neighborhood after preschool drop-off one morning. The spring blooms and purple blossom dust covering the sides of the streets stopped me in my tracks. 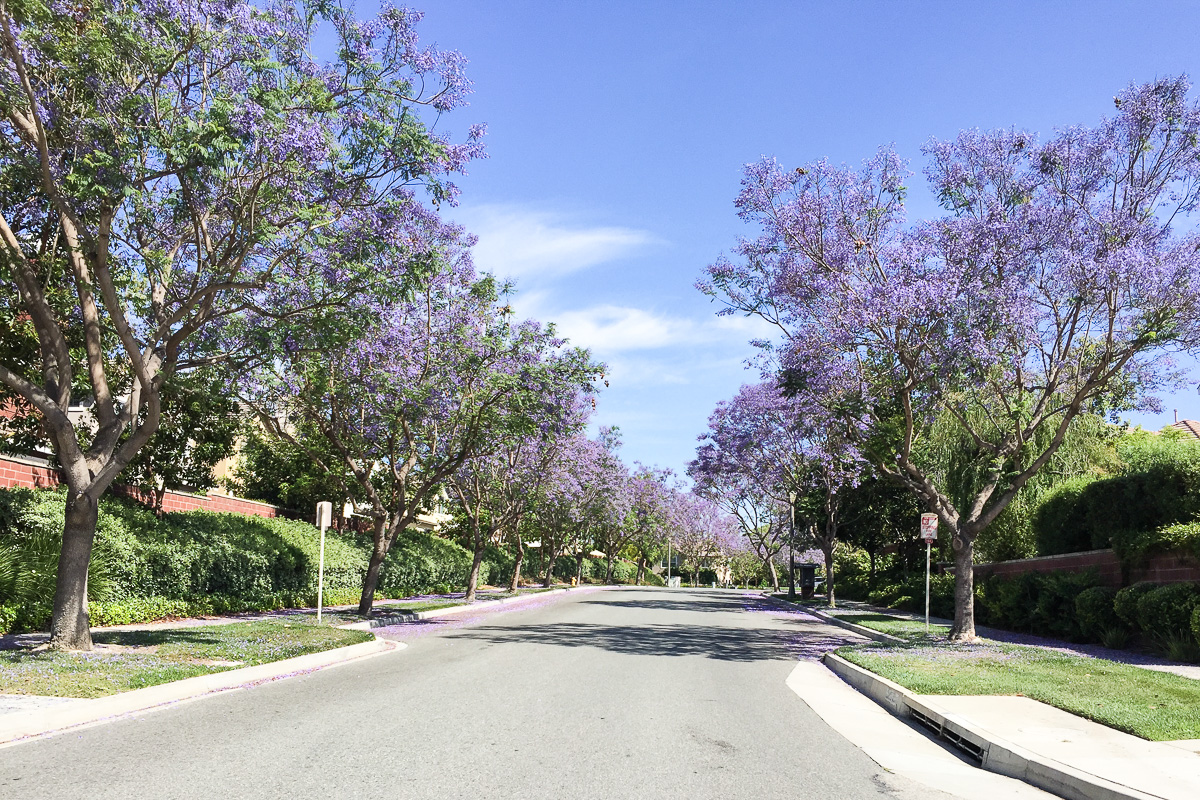 Life is beautiful, especially in the spring.